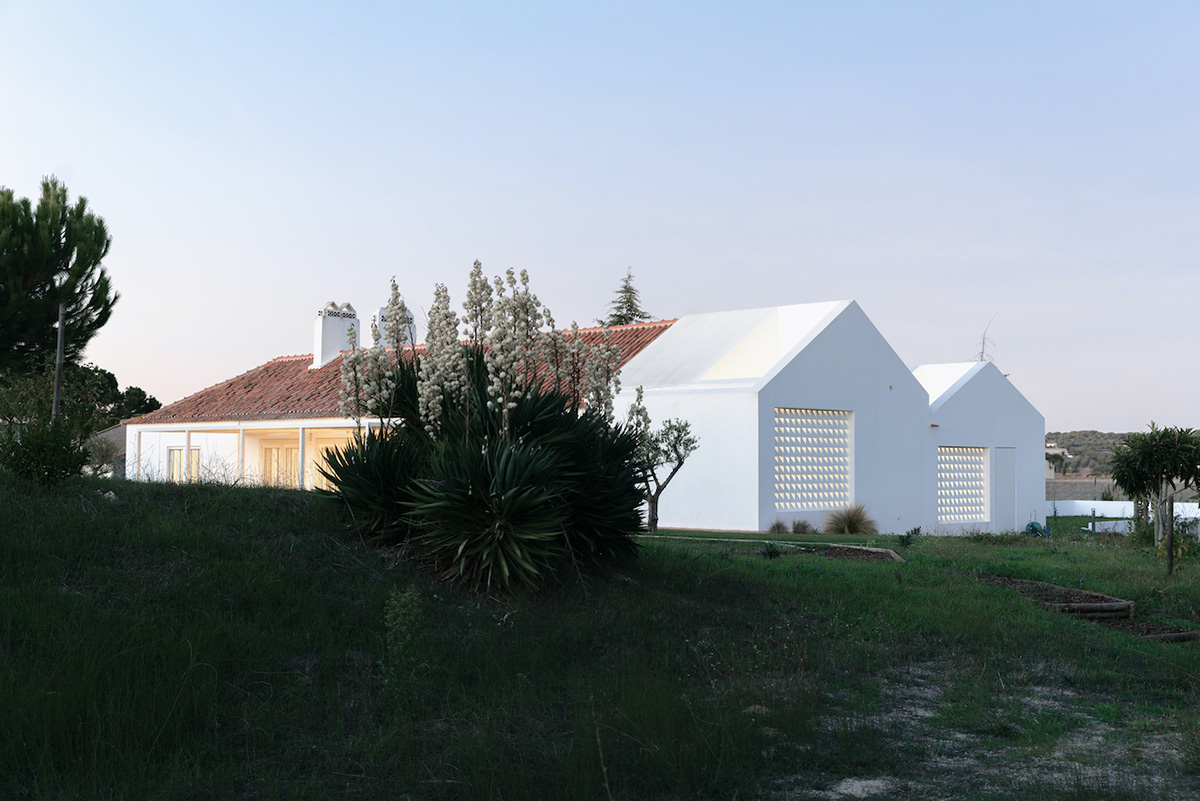 Lisbon-based Atelier Data was asked to renovate and to a extend a farmhouse in the Alentejo region and has achieved this seamless addition with plain, white elements and using traditional materials inspired by the existing farm structure. 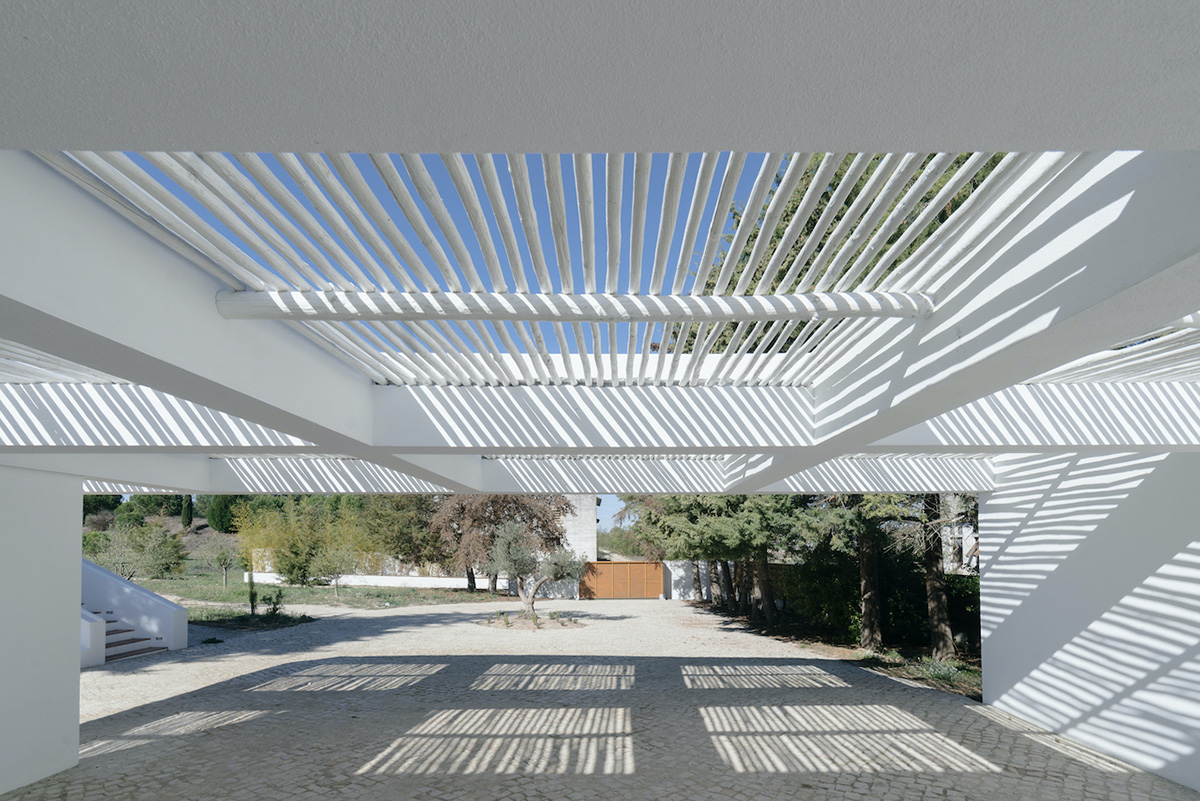 In order to design the new home, called Casa Mãe -Mother House in Portuguese, Atelier Data returned to a site they had first worked on in 2012, when it converted a run of horse stables into a summer retreat. 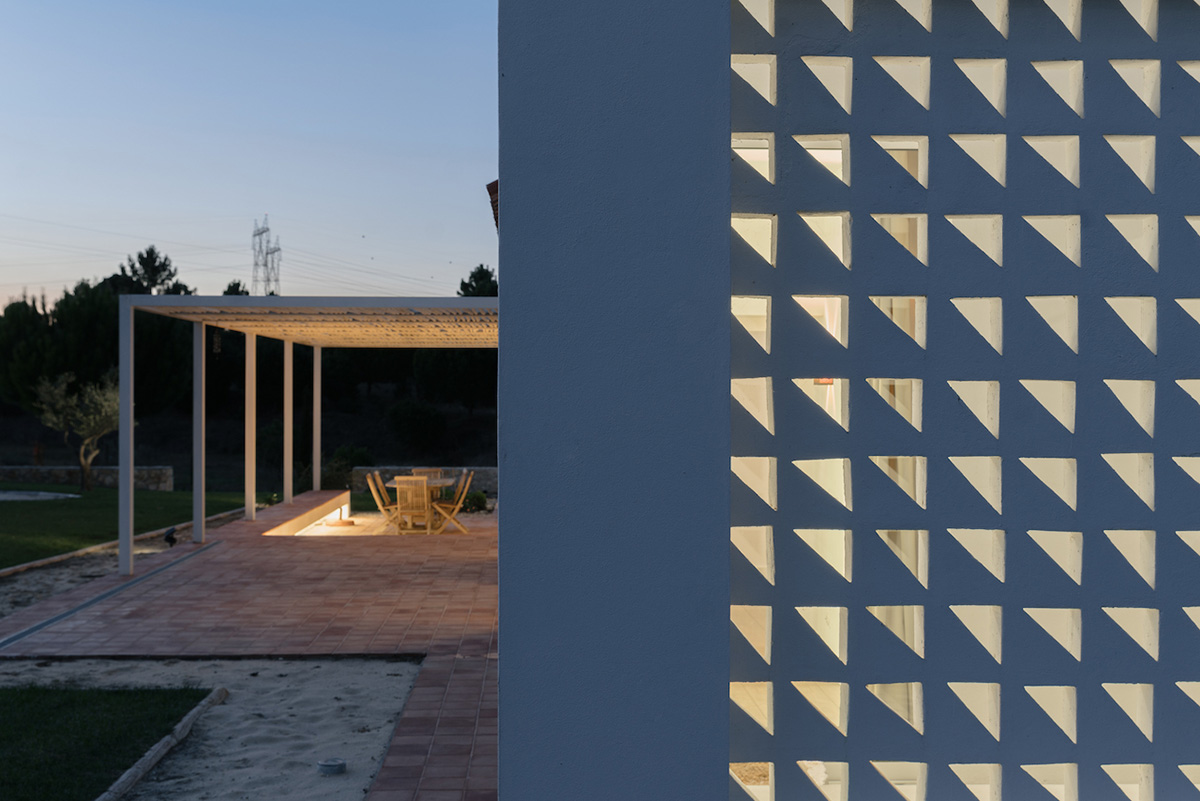 This second phase is part of a strategy that aims to redevelop the "Sítio da Lezíria" -a former rural property in Alcácer do Sal used for agricultural activities. 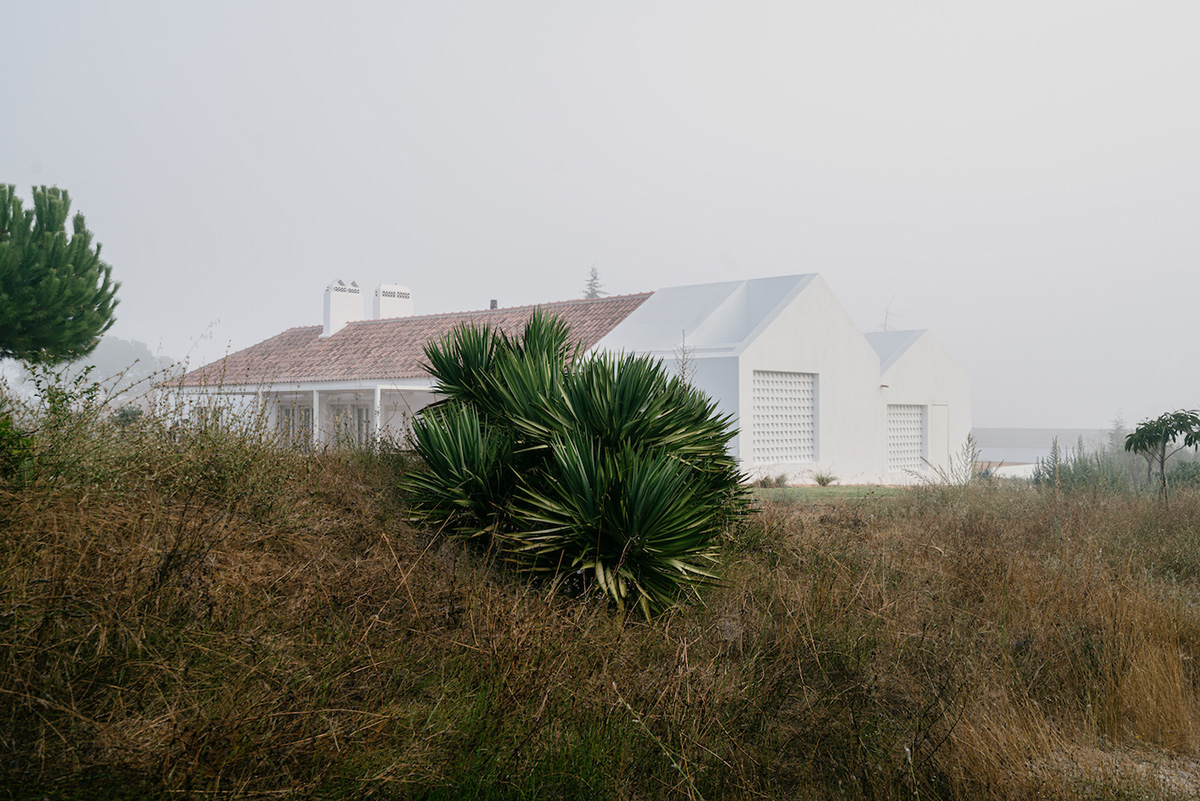 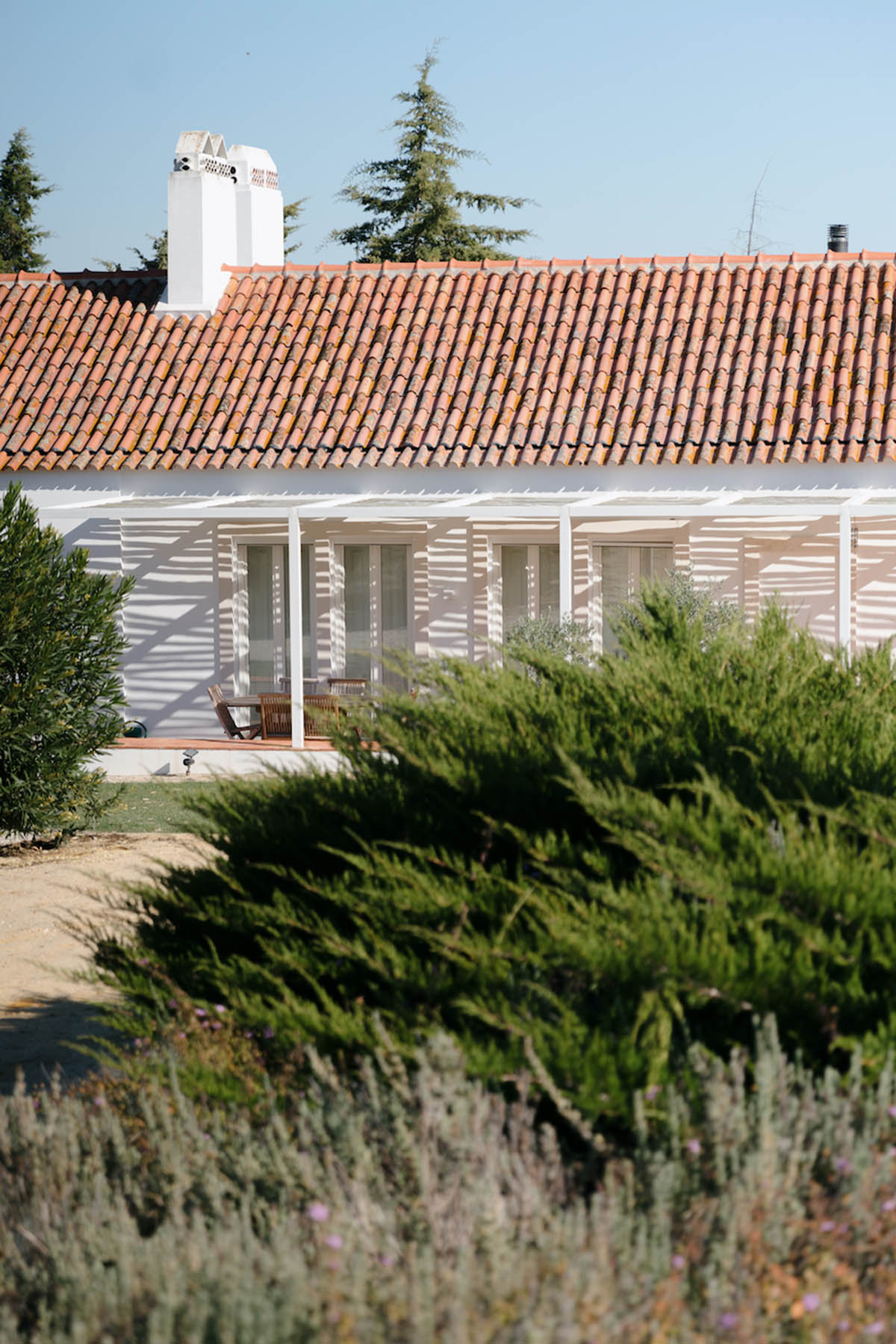 This natural follow up intervention was logically based on intending to reconcile reclaiming and recovering the existing structure adapting it to new functions and by introducing a new element to provide continuity with the building’s existing core. 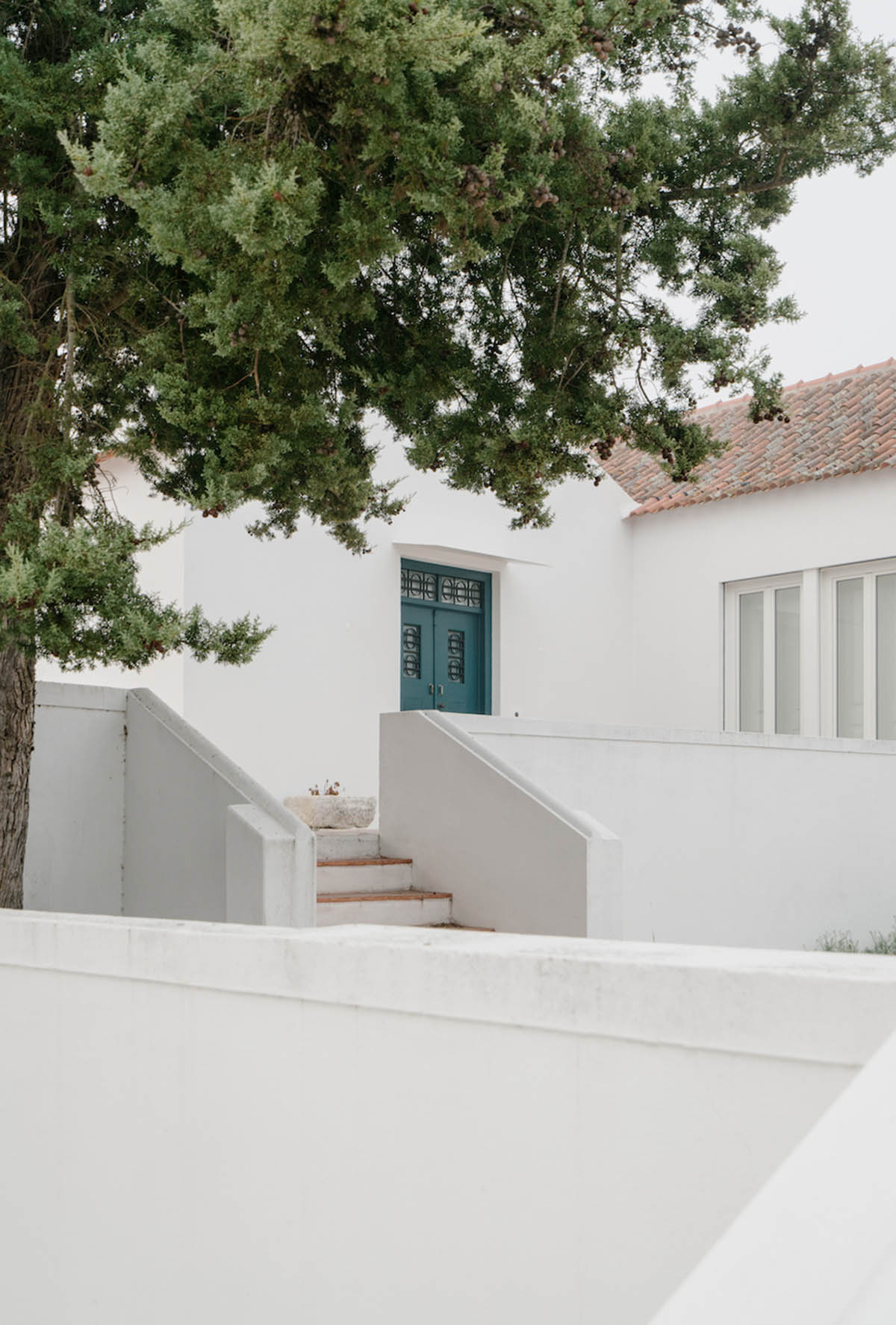 Merging two time periods in one; layers of new spaces, materials and identities, as the architects describe it, the project's development was based on two fundamental crossing elements revolving on their axis. 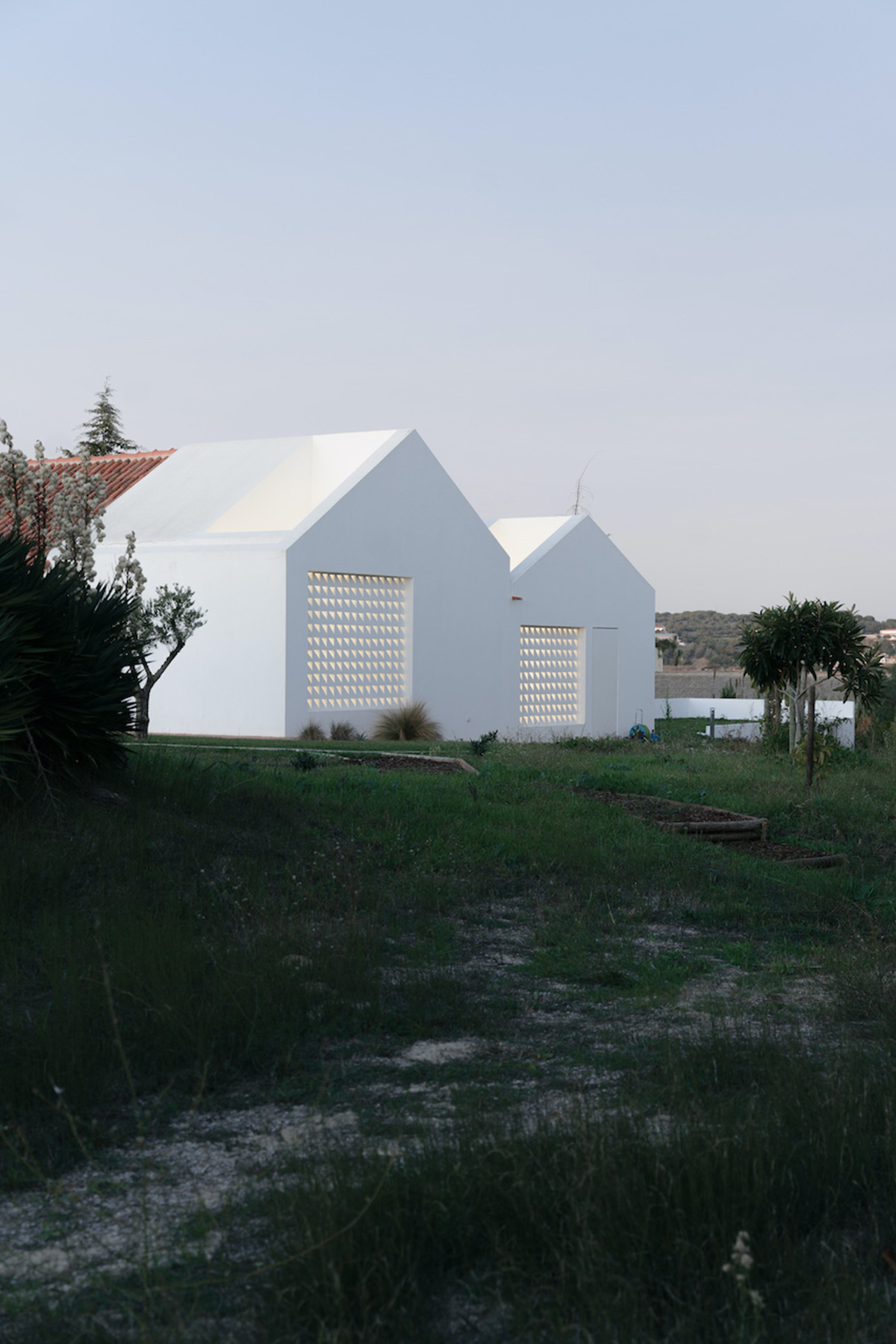 First, through rehabilitation and restoration as a way of reinterpreting the character of the manor house, its character revealed by several actions: by successive exterior spaces and platforms leading to the entrance, by the simplicity of the façades and its rhythmically placed openings, by the continuous visual connection between elements of the house; the presence of large chimneys, and the high ceilings of the interiors. 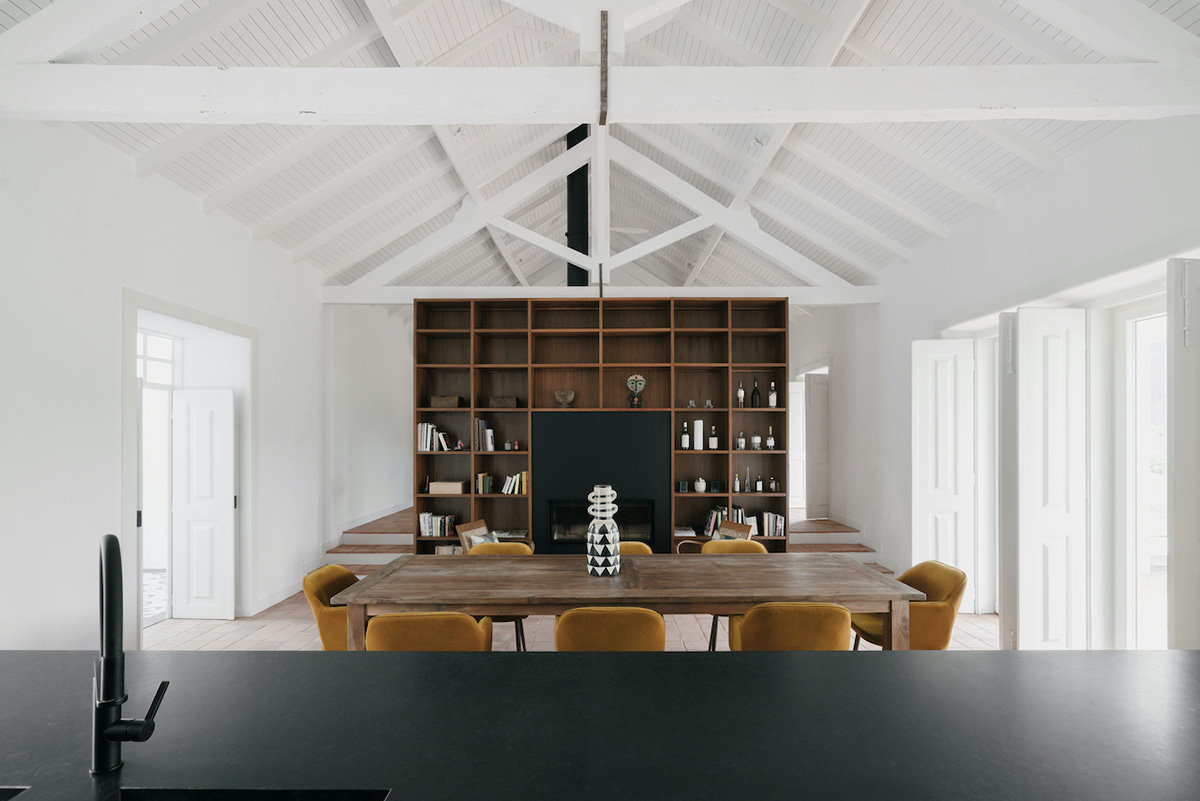 Second, through the building of a new volumetric element that closes the southeast side of the building - with hidden elements, while at the same time allowing for a new distribution and organisation of the interior of the house. 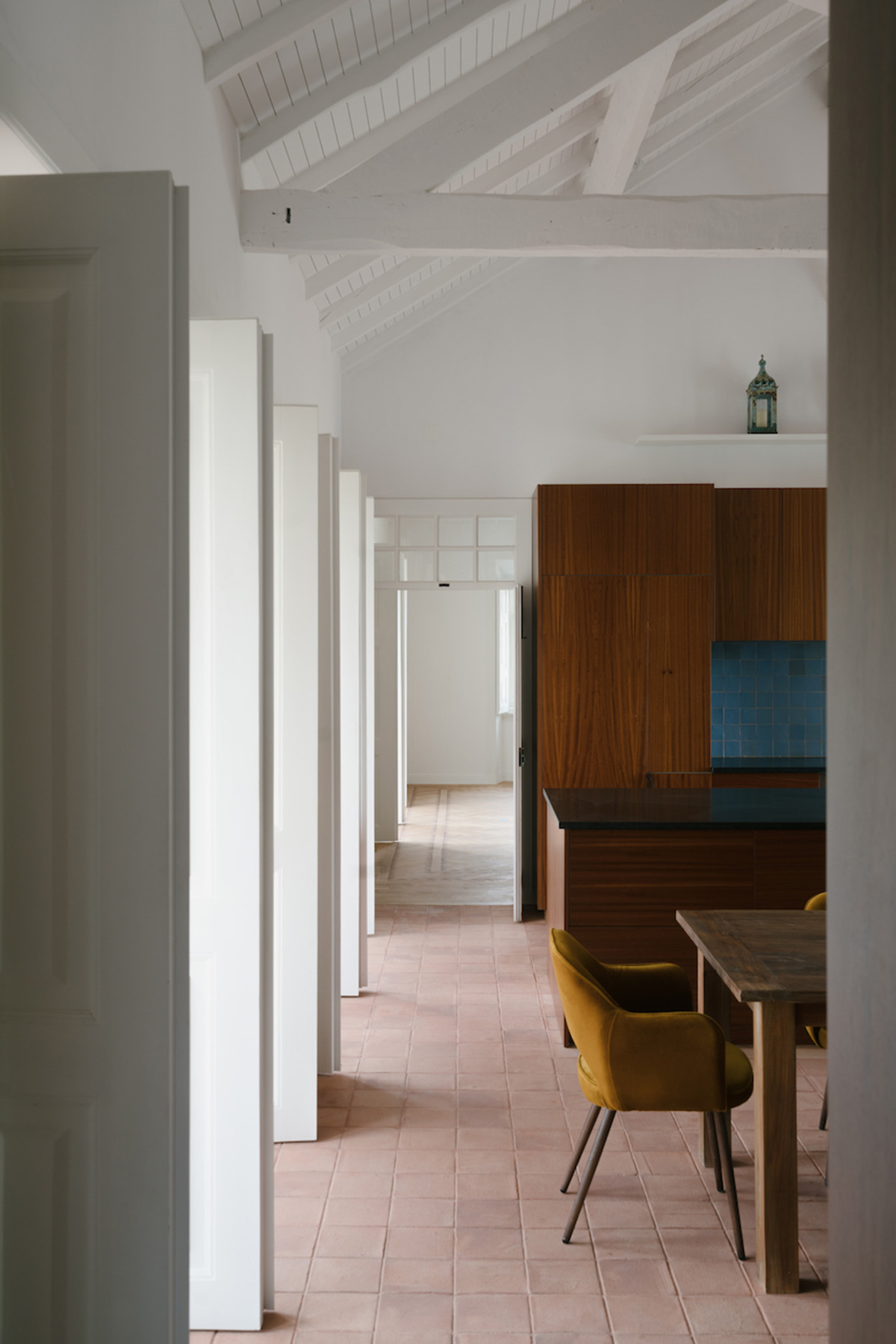 The architects’ program delivers an spacial distribution that takes into consideration magnitude of space and the wood structure which defines certain guide-lining principles: the kitchen and dining room become the core of the house and originating from this large center space the remaining rooms. 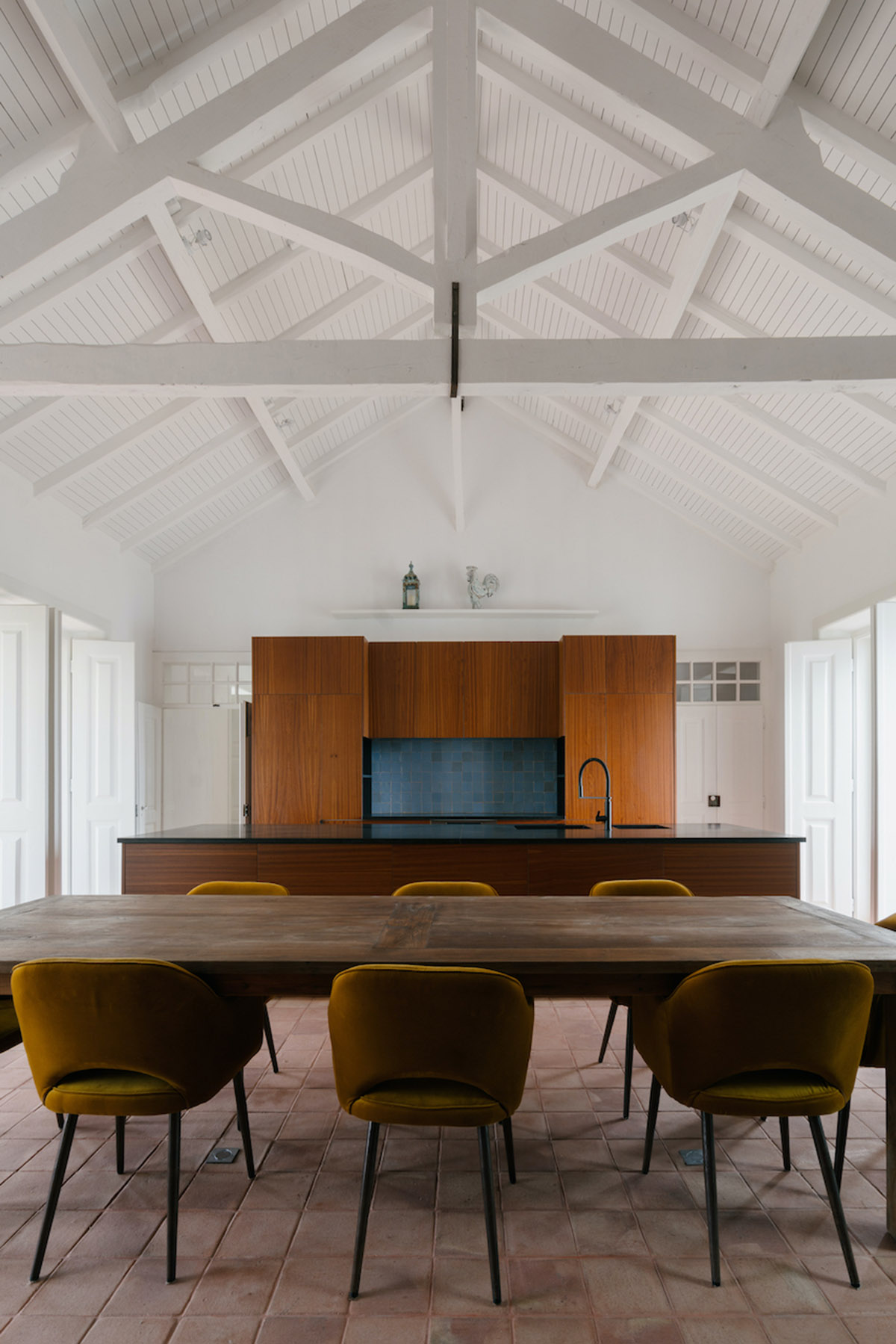 The social gathering character of this space is also reinforced by its interior volume and by the extension of the living and dining area towards the exterior with the incorporation of a pergola to the southwest, nurturing a relationship between the house and the surrounding landscape. 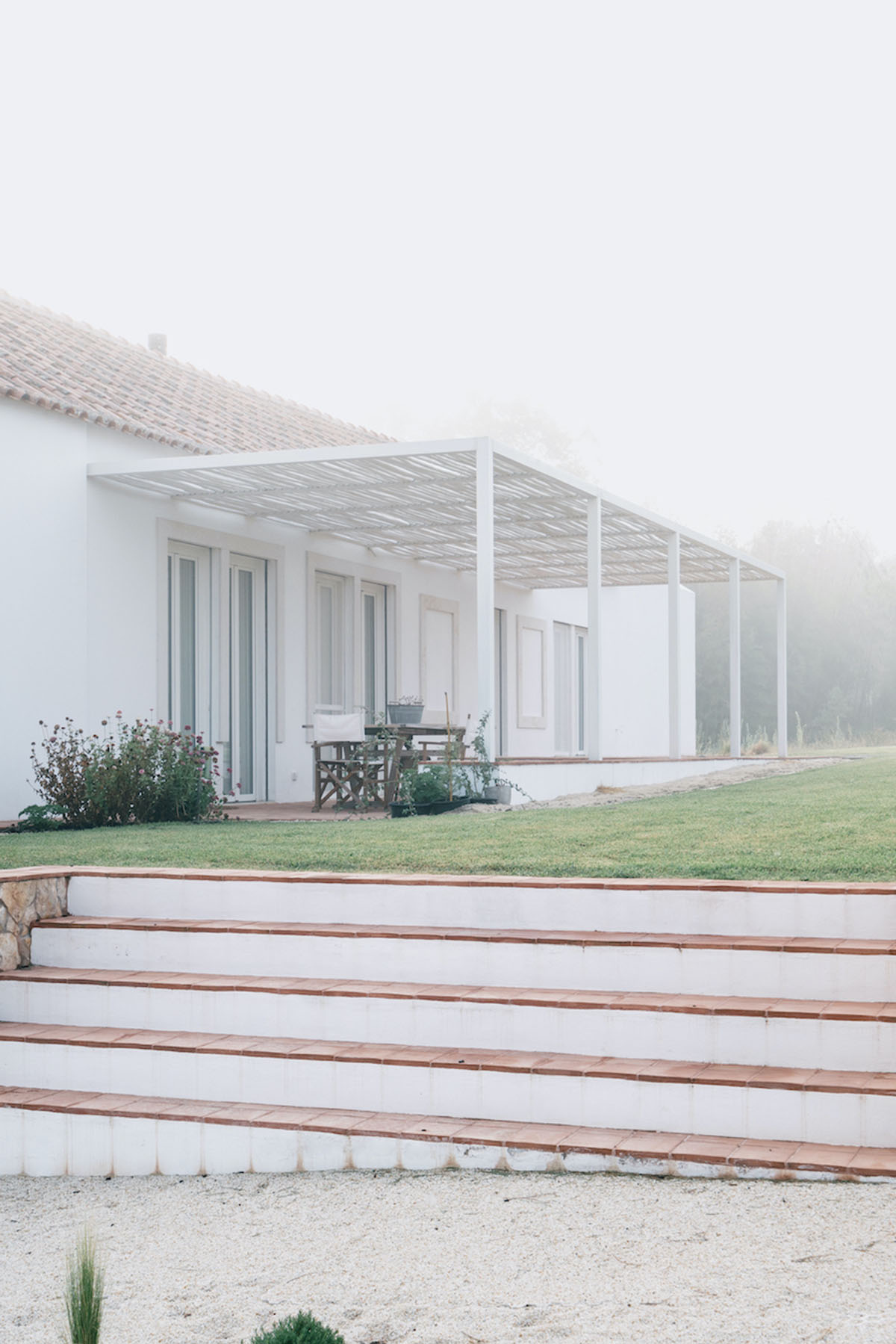 An important aspect of this intervention is that it reclaims traditional construction techniques and materials used in the region, such as clay, here used in the roof and floors; lime, applied in the exterior walls; hydraulic mosaic to define some spaces of unique or transition character; and also wood - actually recovered for use in the large living room floor. 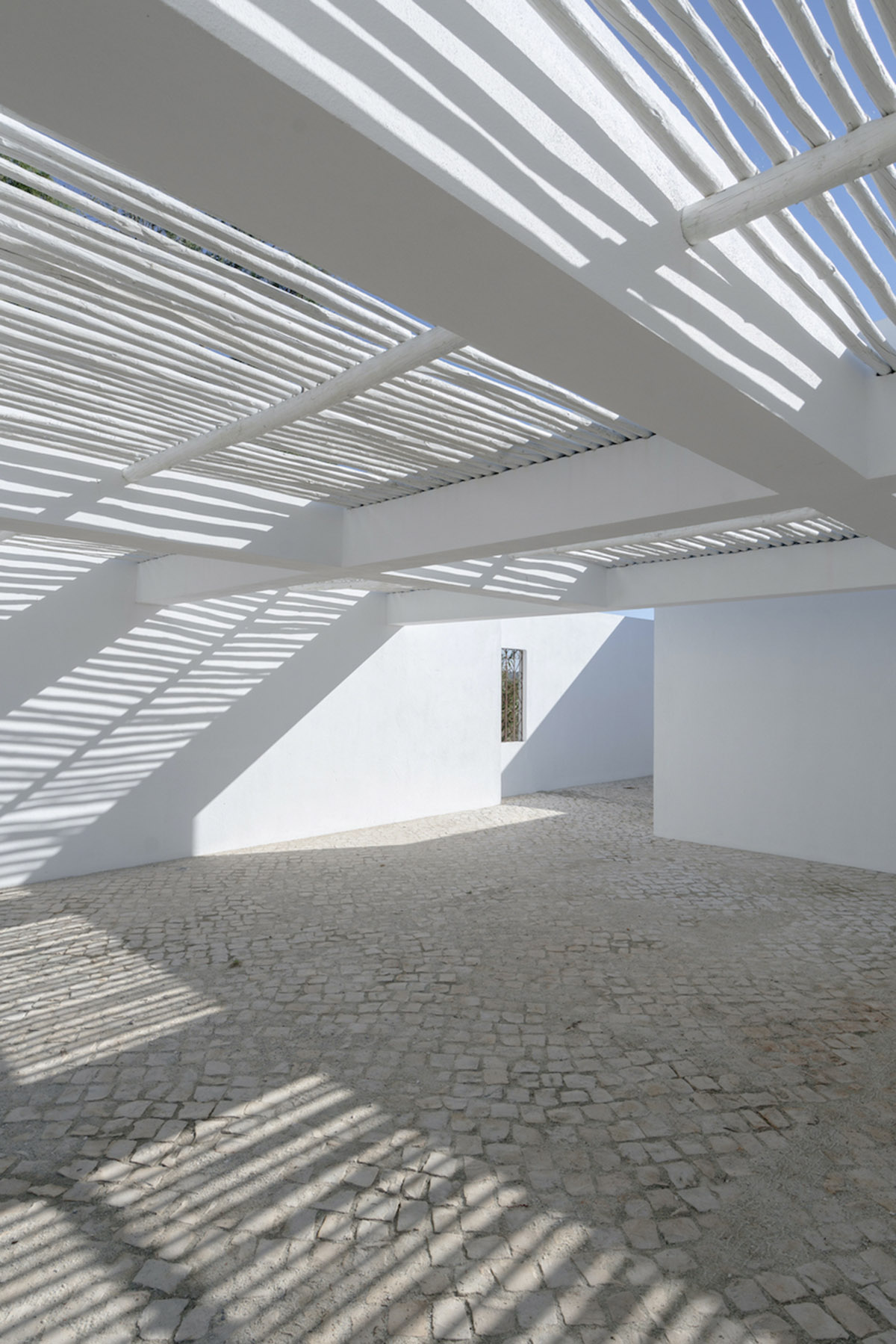 A new element introduced in the design was a traditional permeable technique (know as cobogó -or hollow brick wall) used on the southeast façade of the building in order to create a dynamic effect between light and shadow bringing life to the courtyards and adjoining inside spaces. 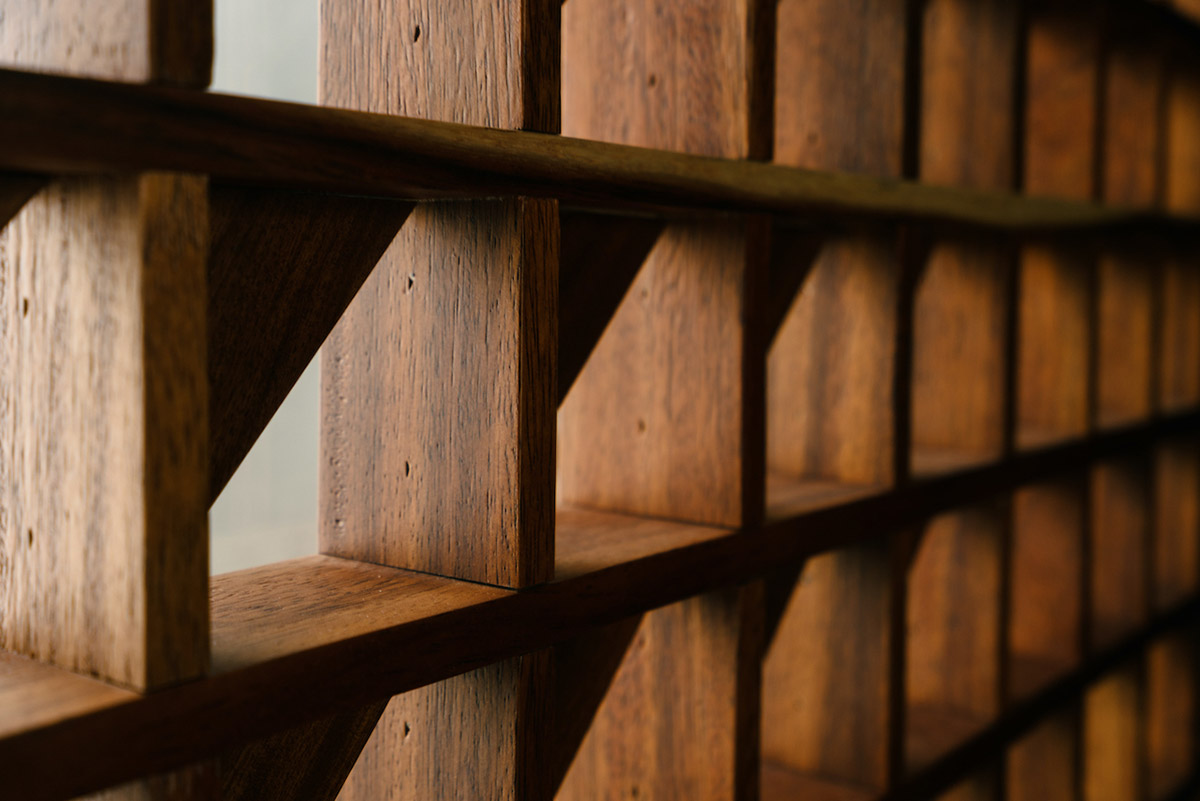 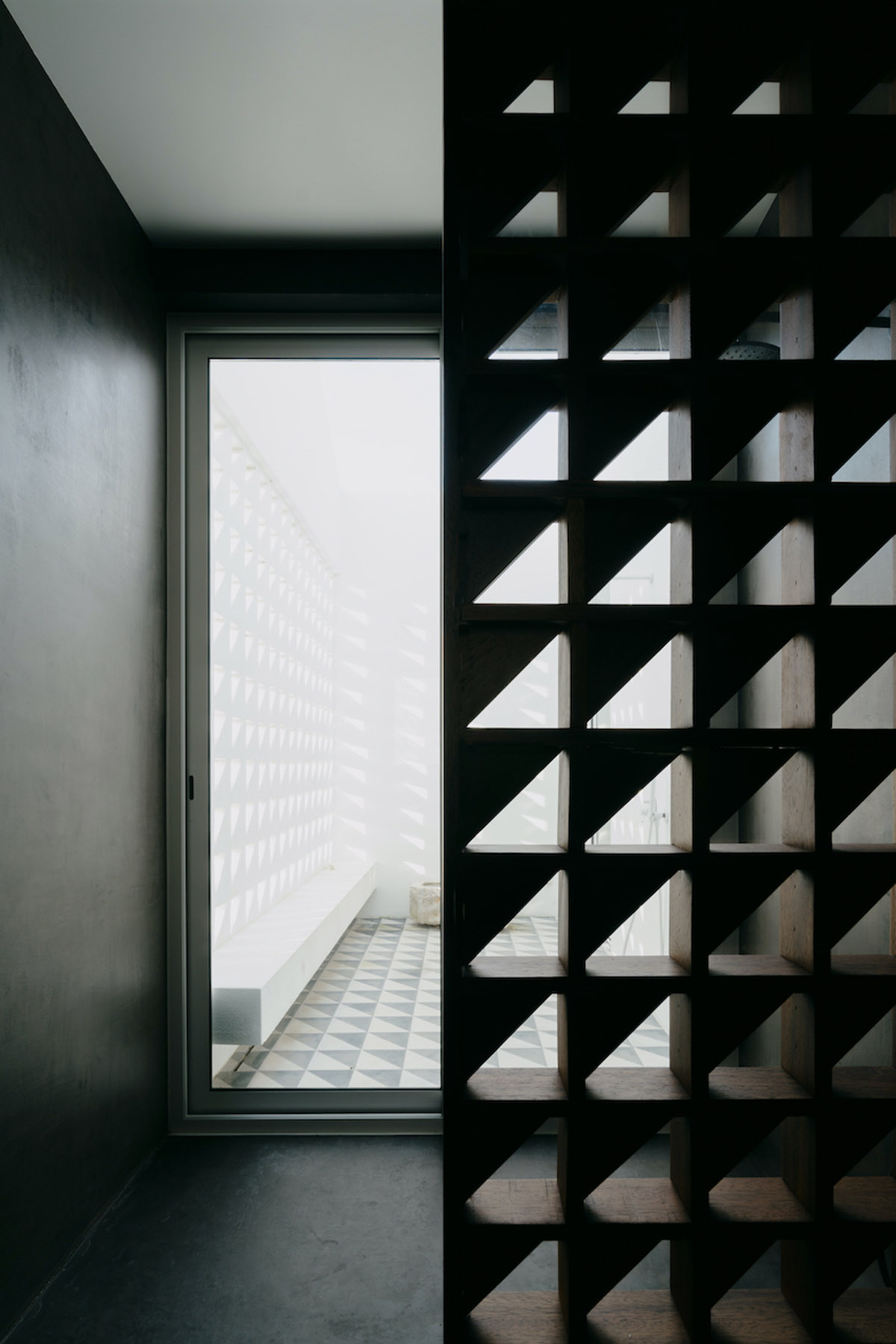 The entry hall is placed on the north-facing façade, there the visitors bathroom, laundry and storage rooms are also located. A more private area accommodates the two bedrooms as part of the new module organised around two patios, from which the bathrooms are located, furnishing each of the suites with a private outdoor space. 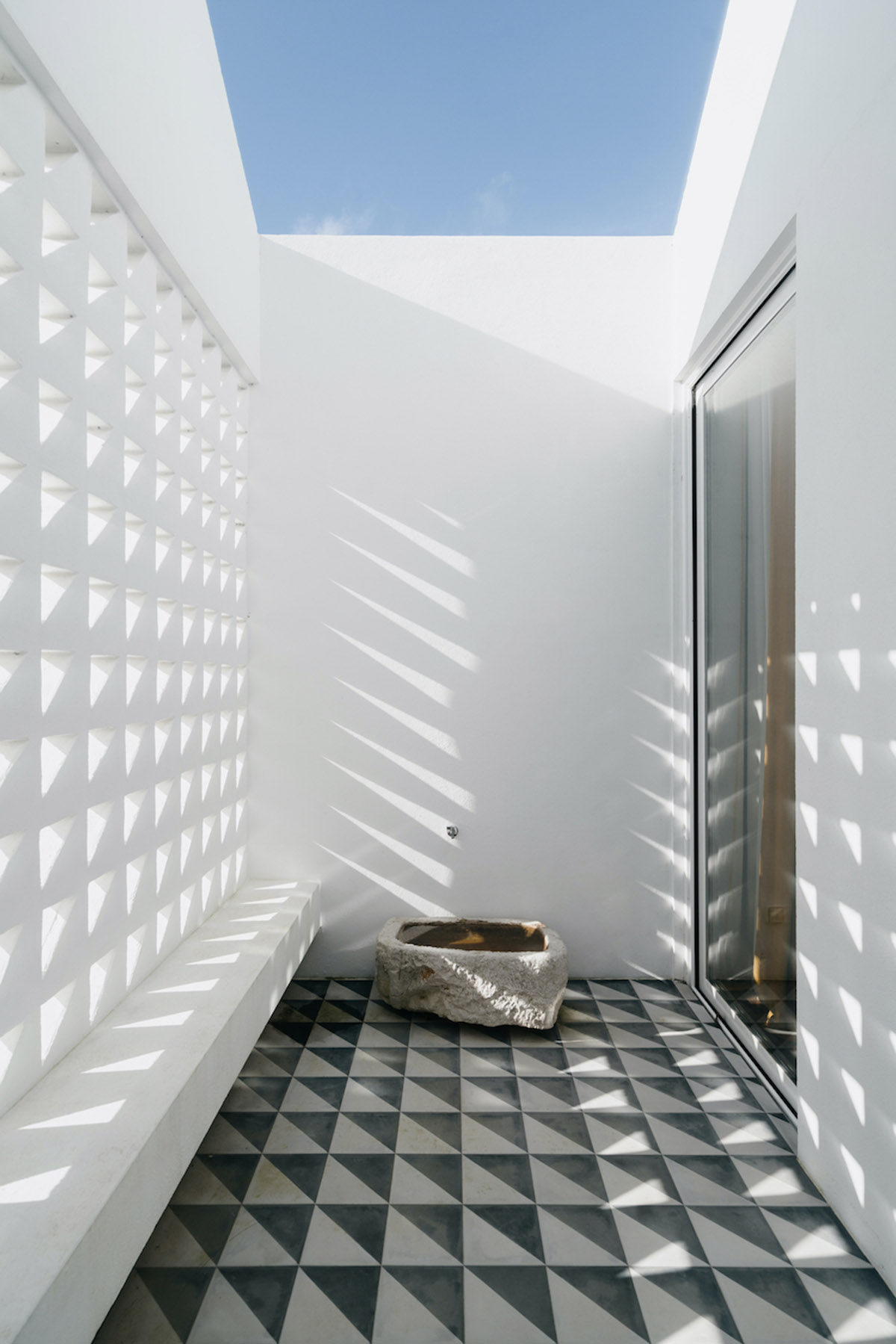 The clever use of geometric shapes and materials chosen results in playful light and shadow elements that adds serenity to the resulting beautiful design. 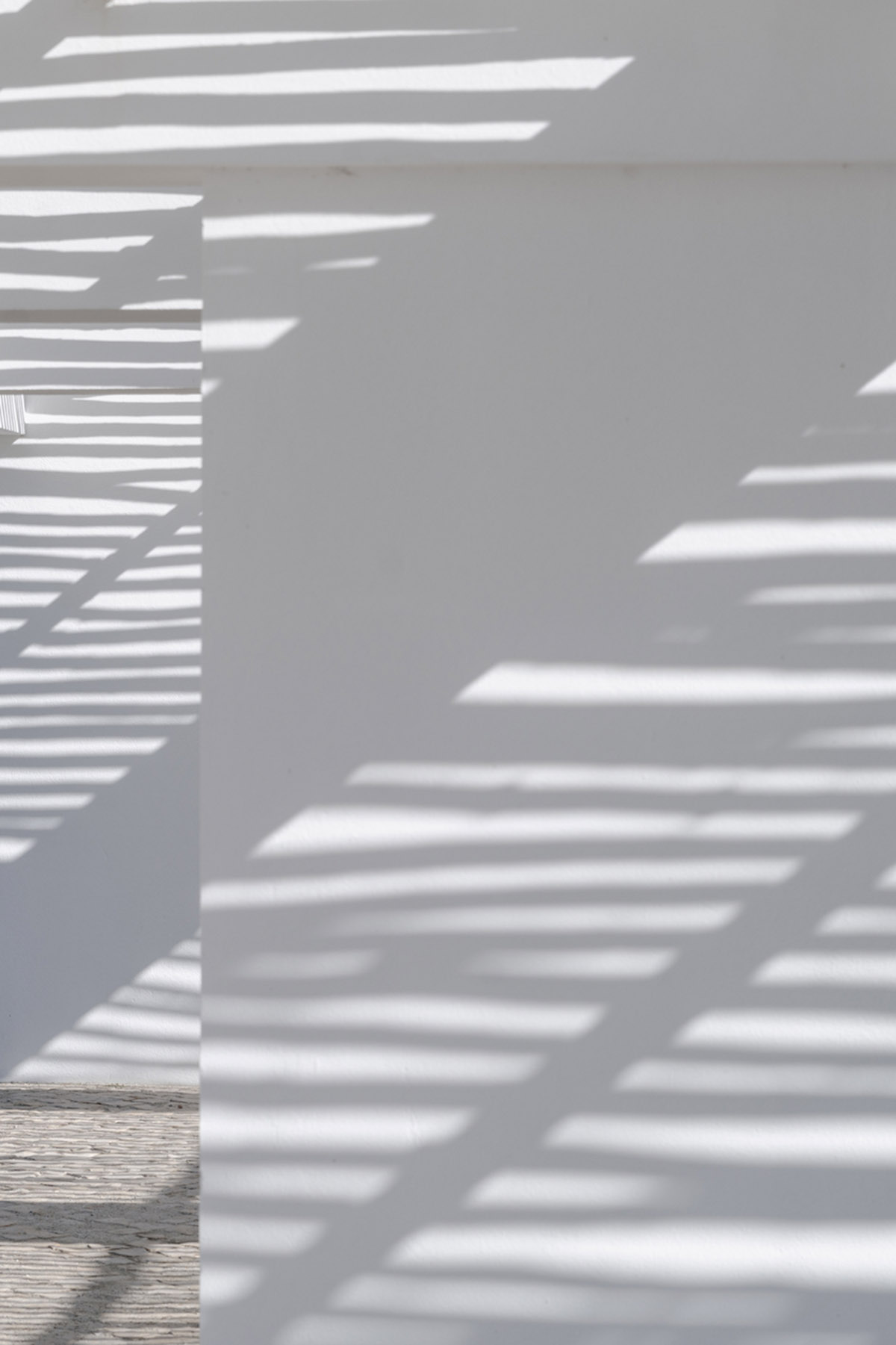