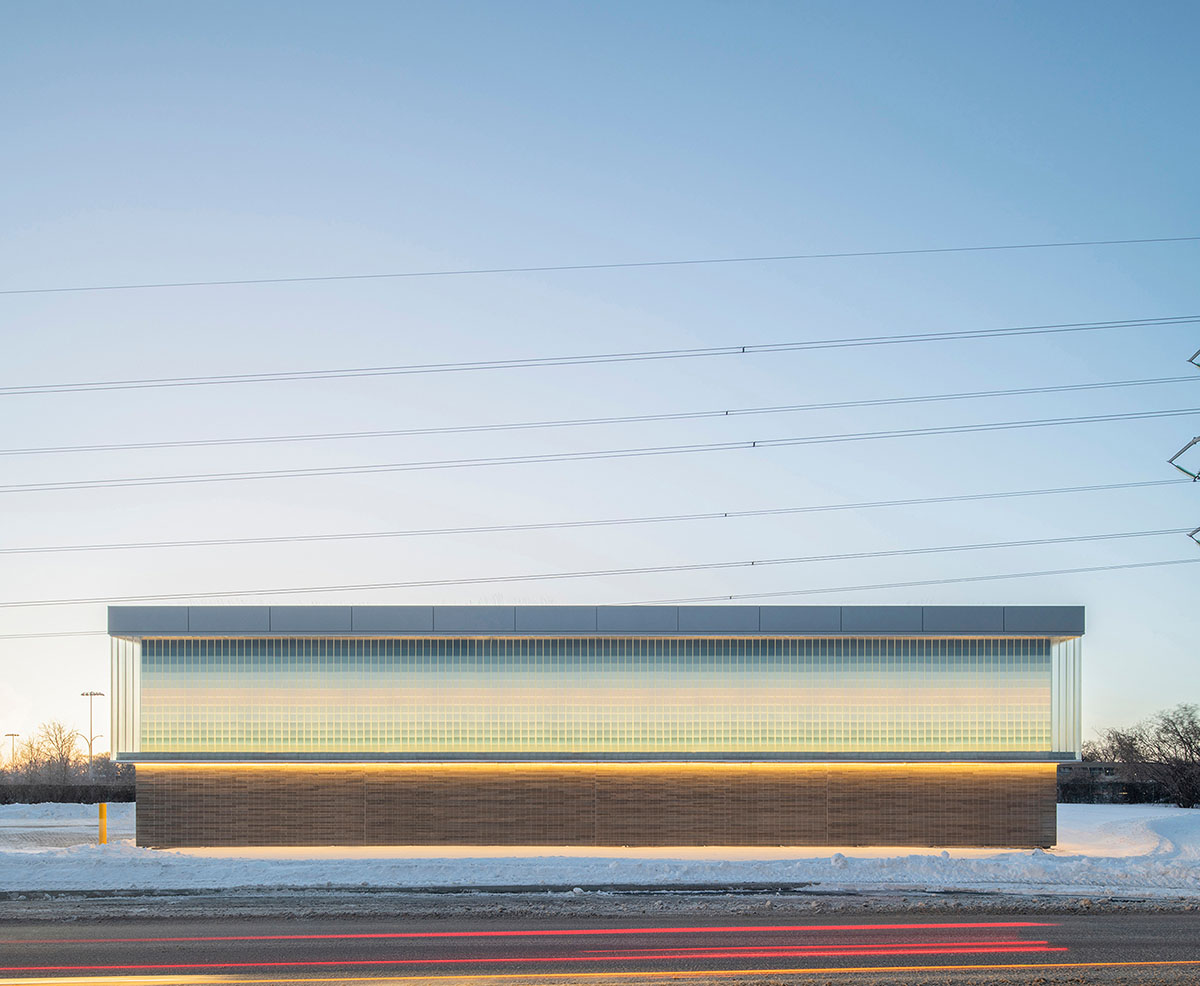 Montréal-based architecture practice Smith Vigeant Architectes has designed a water intake building clad in glass cube and shimmering pixels that can change its skin according to the weather and the seasons along the Aqueduct Canal in Montréal, Canada.

Named Prise d’eau Canal de l’Aqueduc, the building has been built as a new water intake along the Aqueduct Canal to improve water quality in the area.

The office was recently awarded with a Prix d'excellence en Architecture in the 2022 edition of the Quebec Order of Architects with this project in the Industrial Buildings Category. 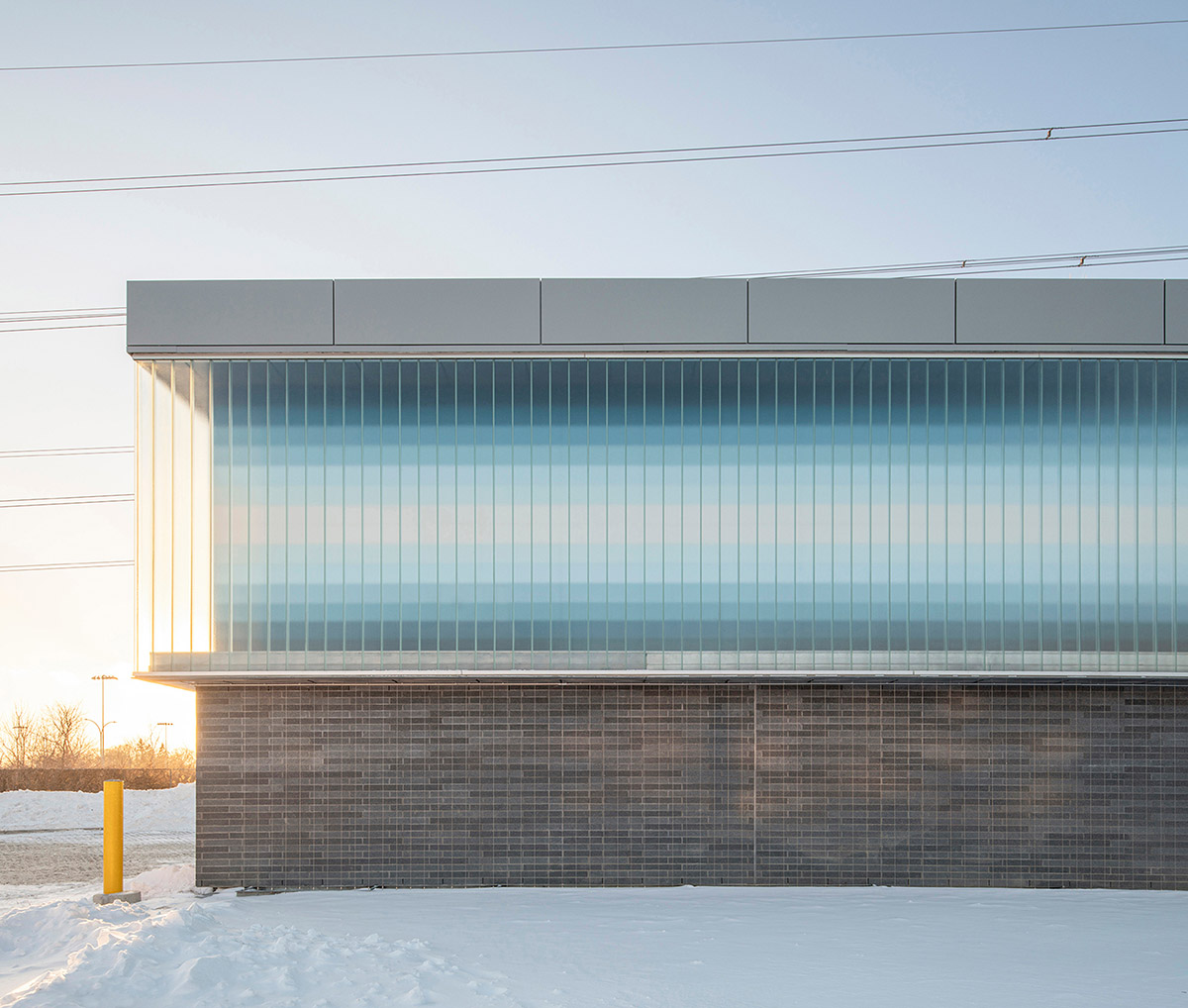 Situated on the green banks of the Aqueduct Canal, in the heart of a public park, the building acting like a sculptural object, draws attention by the community among residents and users of the borough of Verdun. 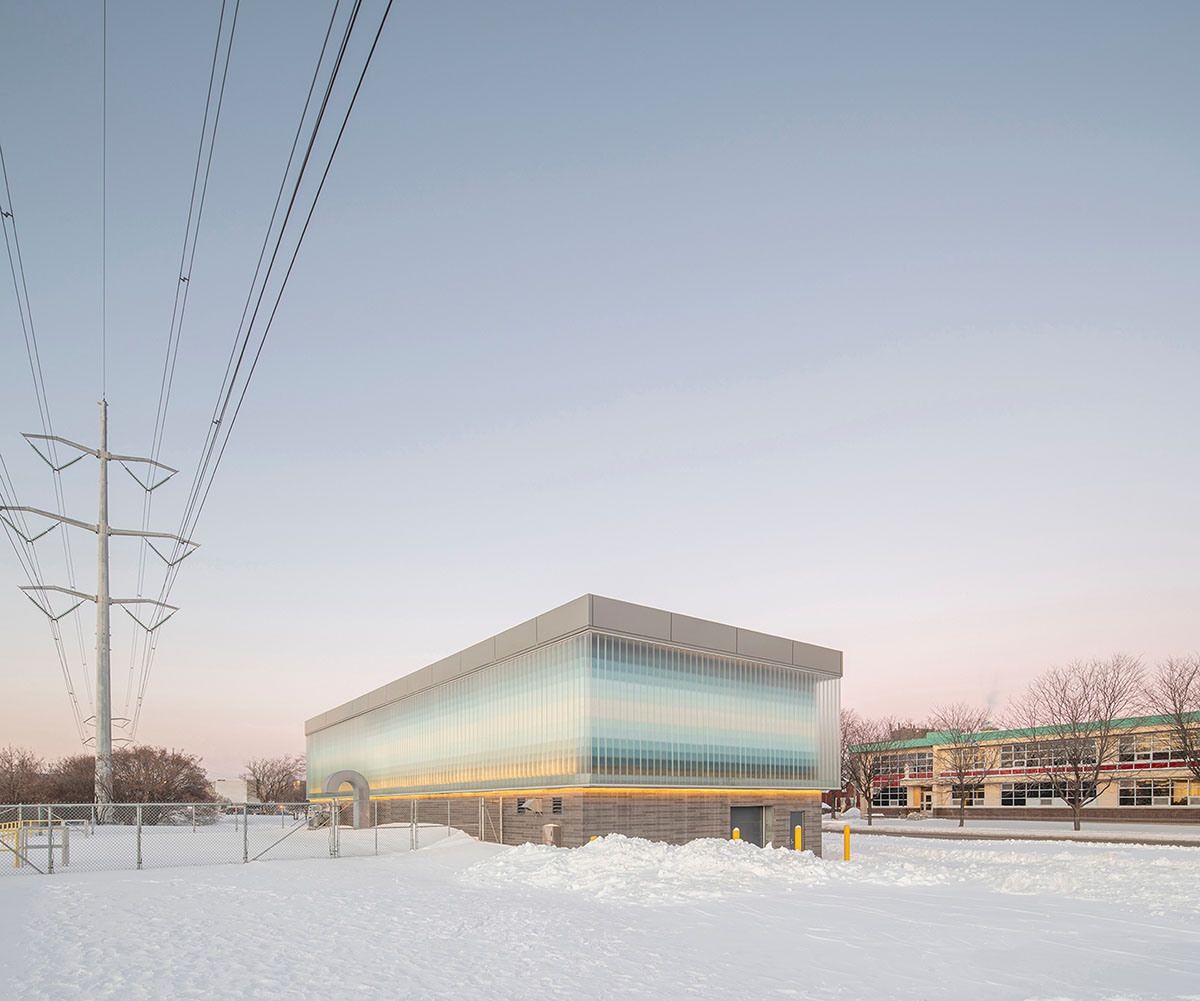 In terms of the client and the designers, it was important to consider the visual impact of the building in this green setting through a discreet, delicate insertion, while assuming an expressive, significant architecture. 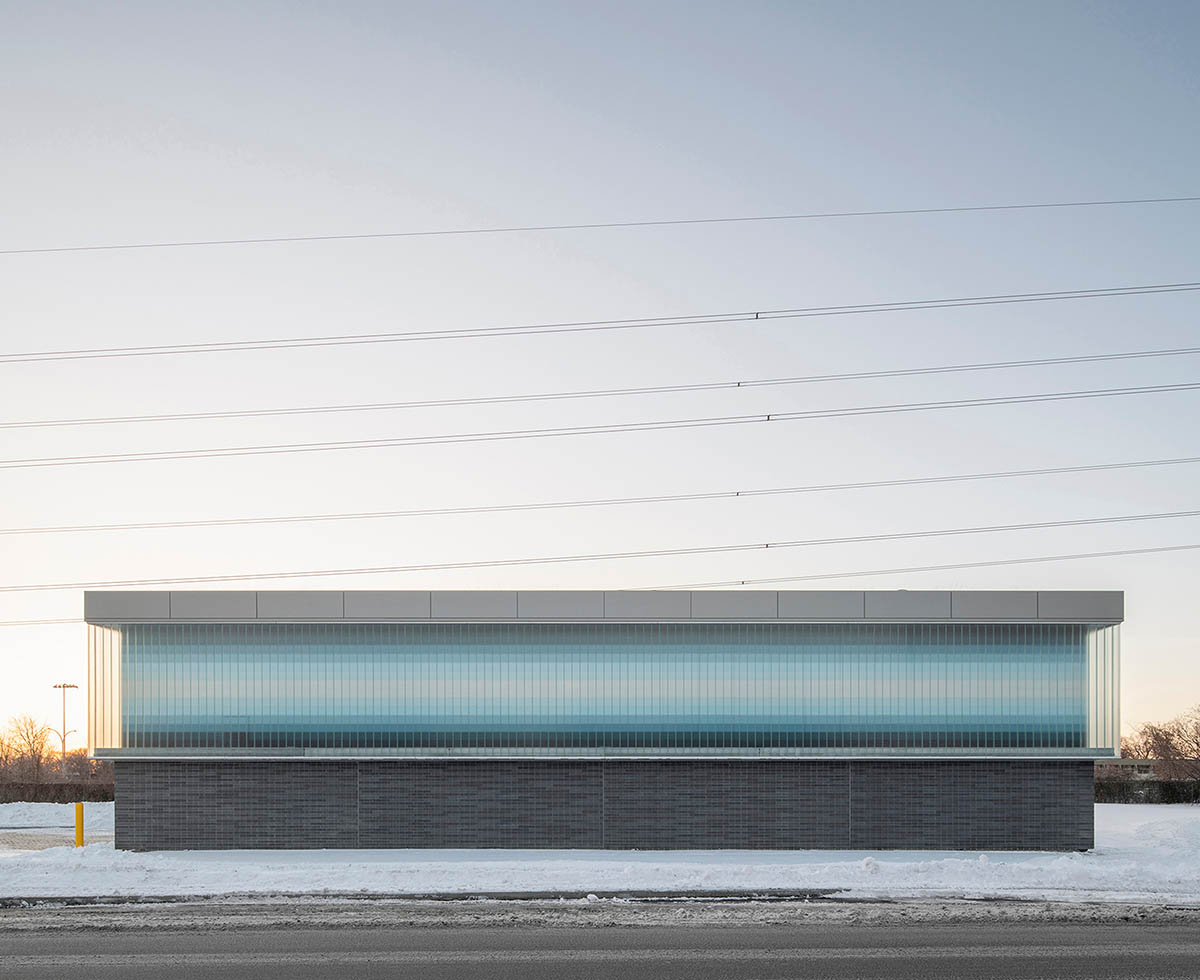 The architects are inspired by the nature of water as the metaphor infuses both the materials and the composition.

As the architects explained, "water always runs in the same direction, but never along the same path."

Based on this principle, the building features an unchanging appearance. However, the skin of the building varies according to the weather and the seasons. 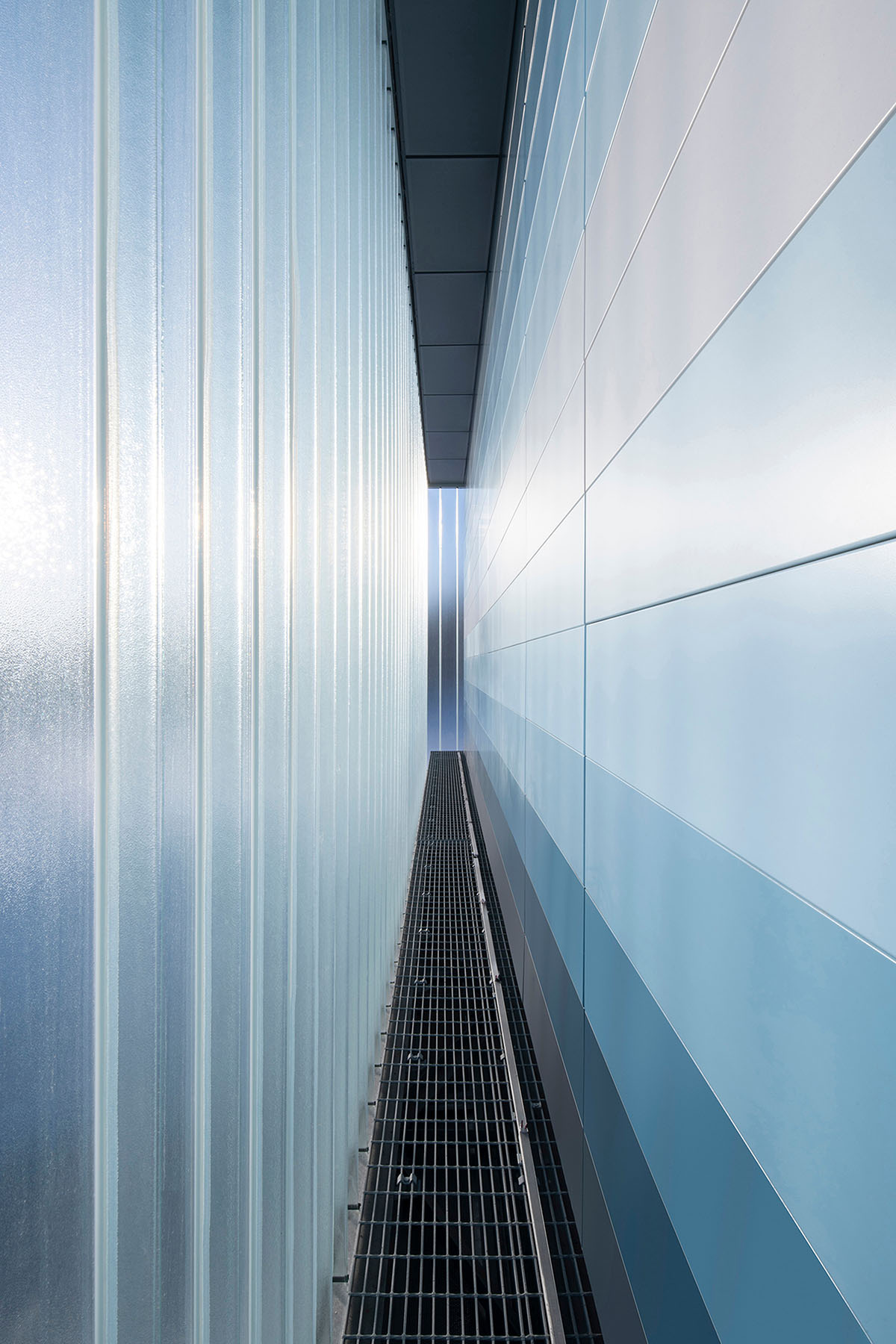 While the lower part is designed with bold and dark material, the upper floor is clad in glass that offers a gradation of blue, sparkling, or shimmering pixels, depending on the time of day, as the surface of the water.

At night, the building envelope turns into a soft and reassuring light. In summer it is adorned with vegetation, and in winter the color of the glass reminds of a block of ice. 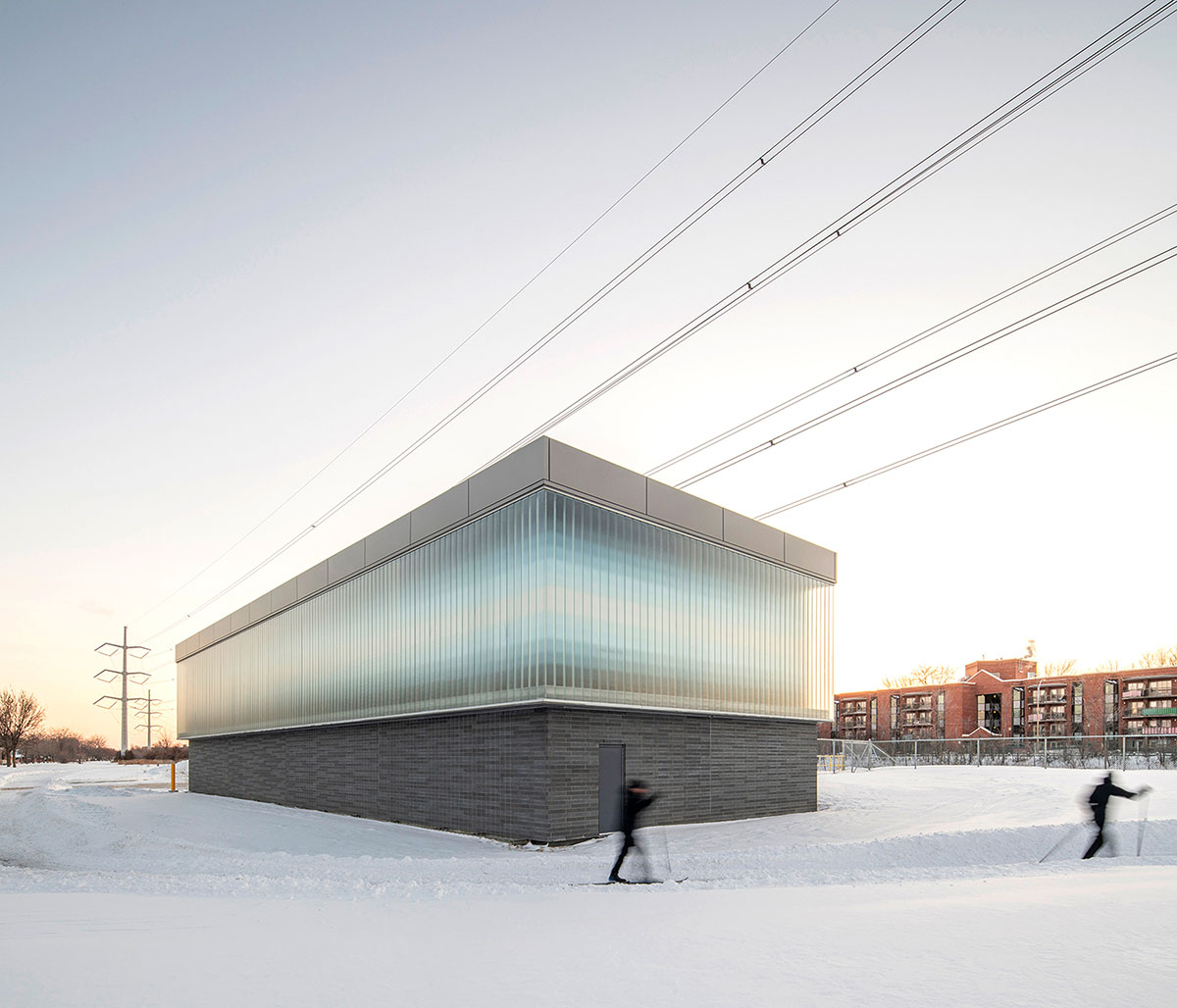 "The horizontal lines of the volumetry, inscribed in the strata formed by the base, the glass cube, and the parapet, evoke the perpetual horizontality of water," said Smith Vigeant Architectes.

From a utilitarian building dedicated to concealment, the architects have, through their formal choices, attempted a significant architecture in harmony with its environment, expressing values in the public space that are essential to the life of the surrounding community. 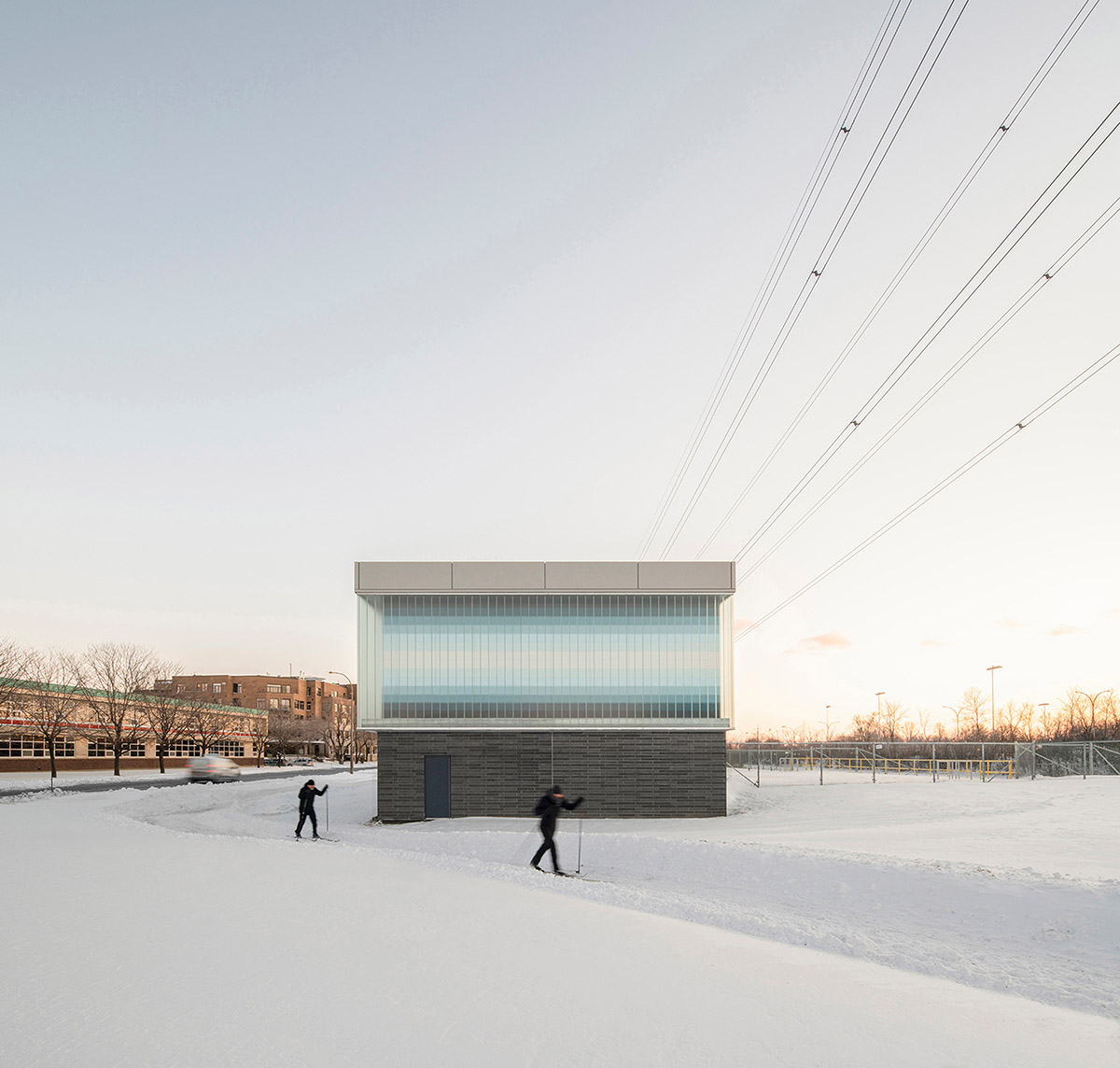 Sleek, bright, and straightforward, the water and light building also offers a visual signature that animates the space and reminds us how much these precious resources command our attention. "The jury salutes the shared commitment of the client and the design team to go beyond a simple order for public utility infrastructure, including major technical equipment required for the municipal aqueduct," said the jury in the competition.

"The result is a building with an expressive architecture that stands out for its sensitive integration into the park that borders the canal, for its elegant proportions, and for its studied materiality, which change perceptions according to the time of day, the atmospheric conditions, and seasons."

"This intriguing architectural object makes a remarkable contribution to the landscape of this sector of the city and, more broadly, to the industrial architecture of Montreal," the jury added. 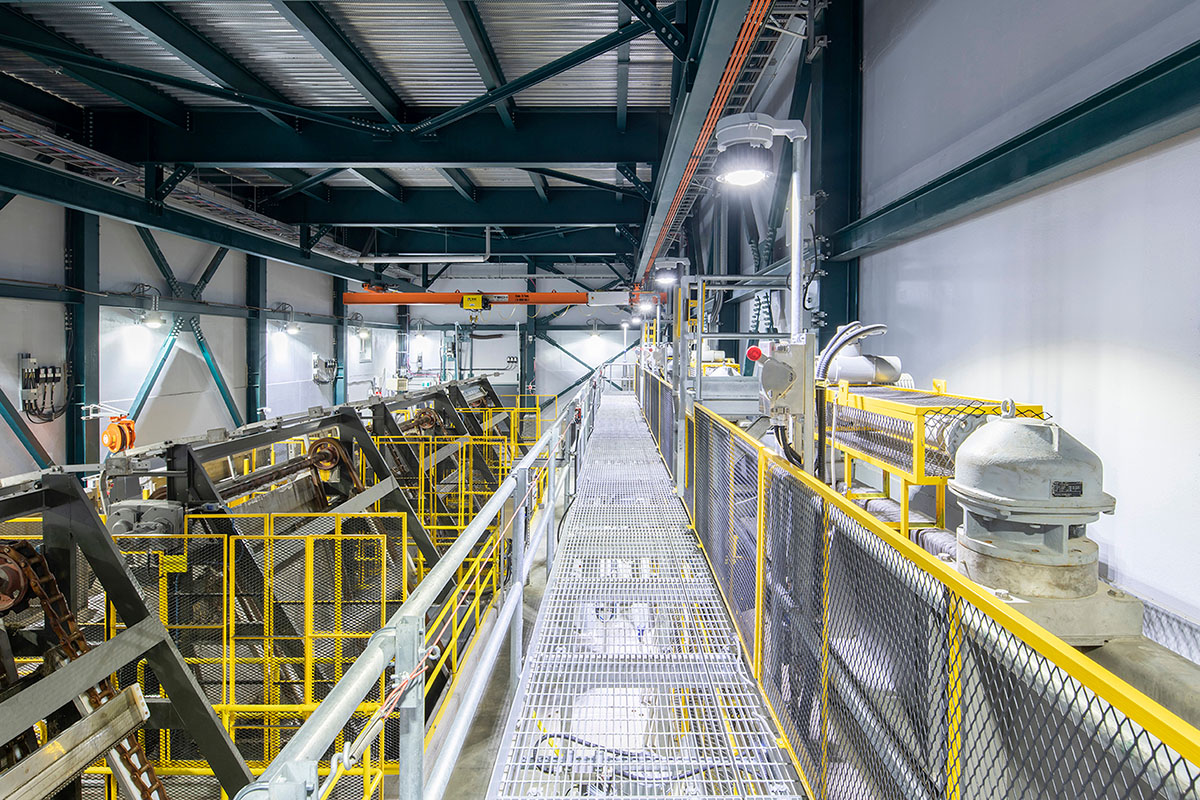 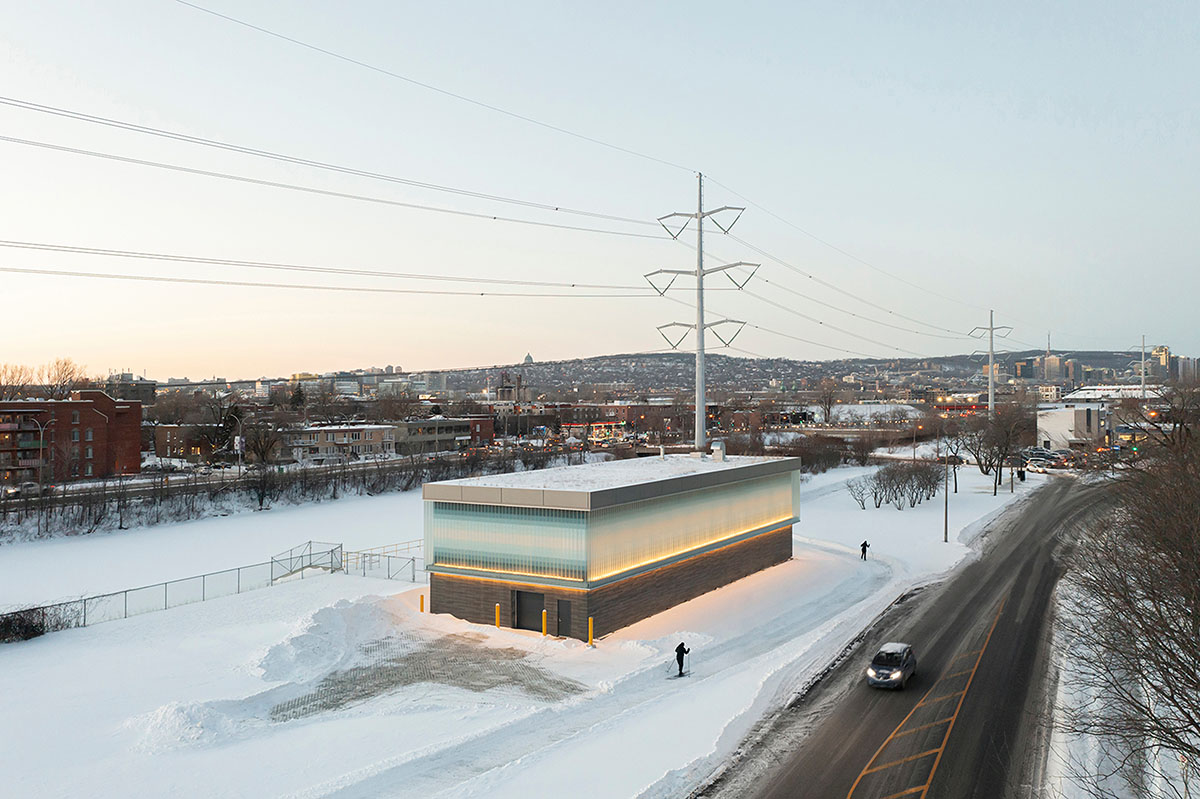 Smith Vigeant Architectes is was founded by Daniel Smith and Stéphan Vigean in 1992. The office is made up of a team of 40 professionals, environmental and interior designers, LEED-certified architects, and technologists with diverse skills.

The firm’s multidisciplinary expertise, both rigorous and innovative, extends to a wide field of interventions.

Professionals and consultants who collaborated on the project: HATCH