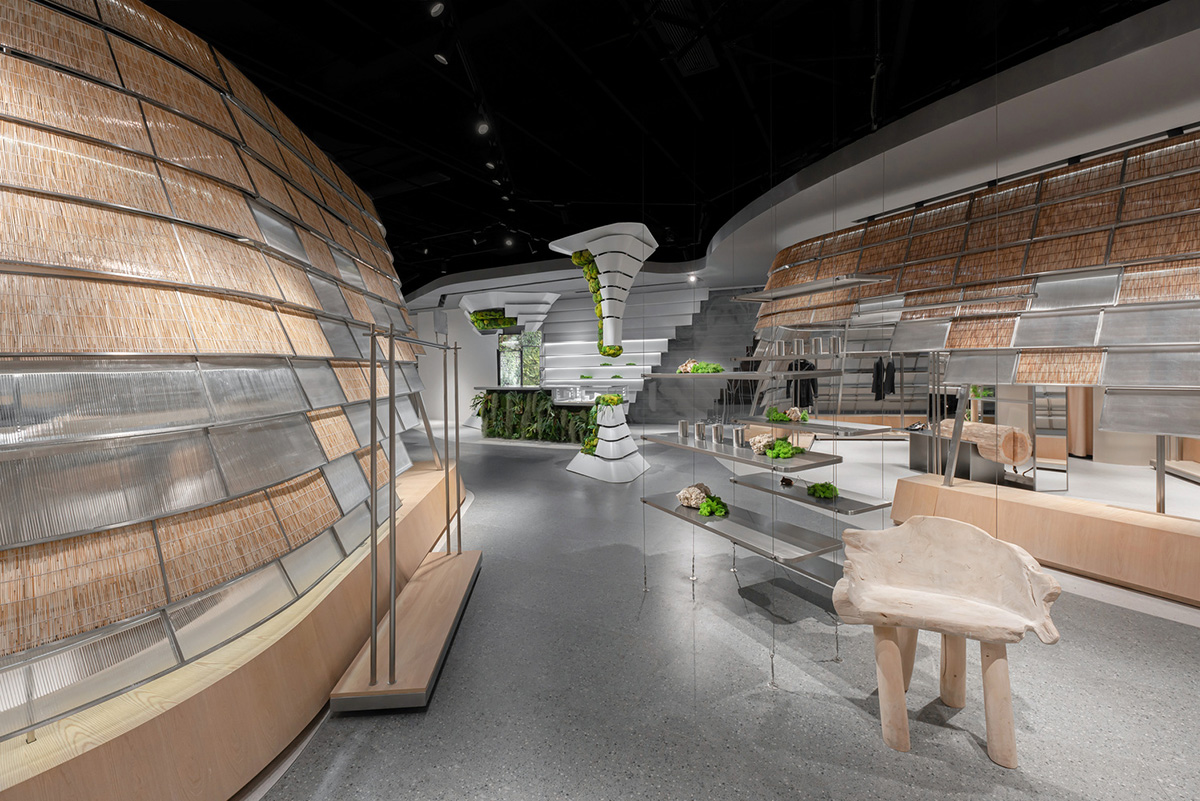 Chinese design practice PMT Partners has created artificial island and valleys for the interiors of a flagship store in Shenzhen, China.

Named OneAvenue Flagship Store of TFD, the 500-square-metre space is divided into two concepts: “island” and “bark house” installations, each covering an area of dozens of square meters.

The designers created a group of hyperbolic aluminum plates, raised on wooden platforms, to be turned into an artificial forest. While each island shelves covers a 1-2 square meters, hangers offers a separate space for an independent designer to showcase their work. 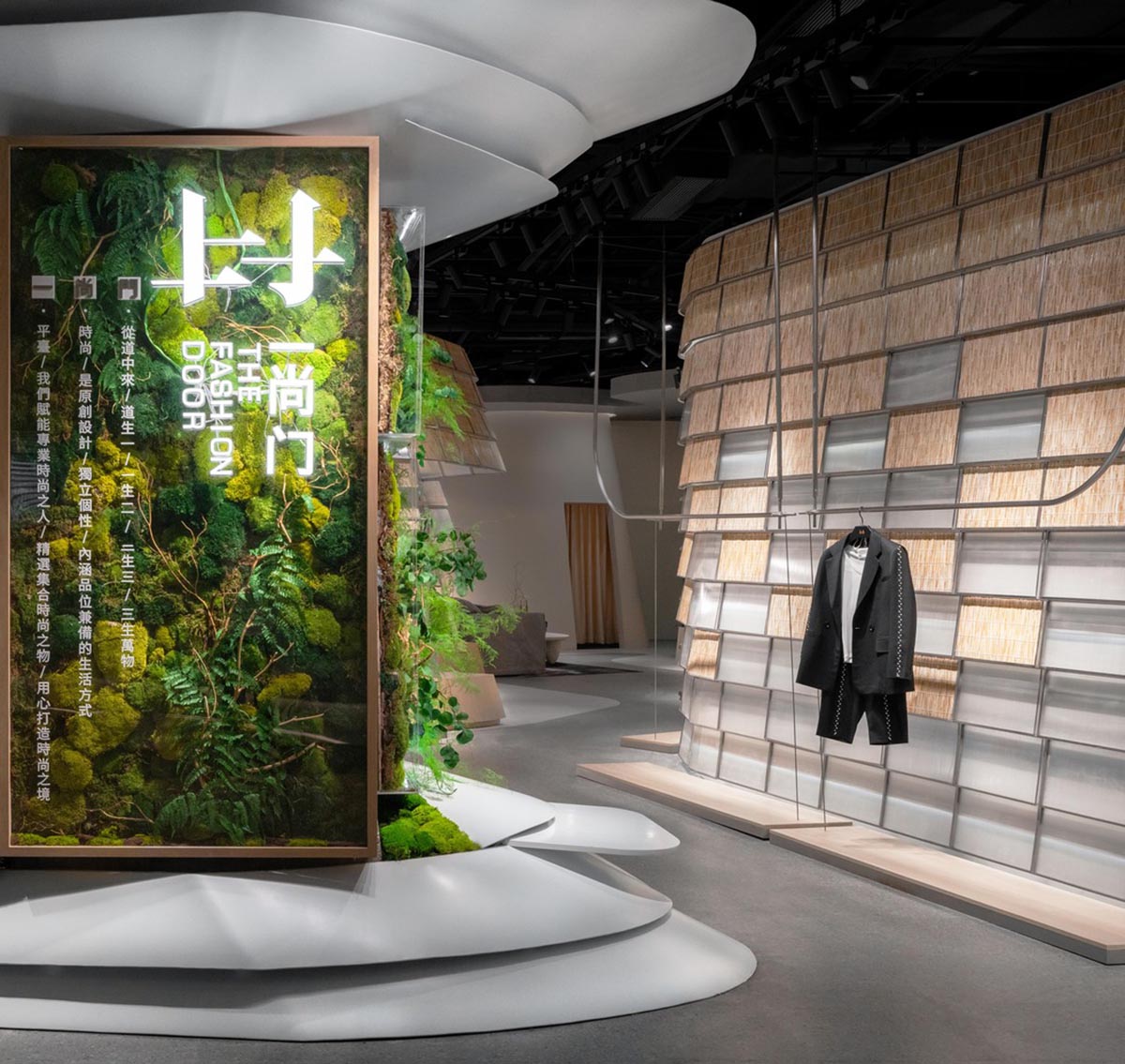 "Connected together, they form the whole picture of the store," said PMT Partners. "The space installations are built into the forms of grass, trees, islands, mountains, and stones with varying distances between each other."

According to the studio, "the moving lines flow across the space like streams. The visitors feel like they are in the nature of mountains, forests, and valleys." 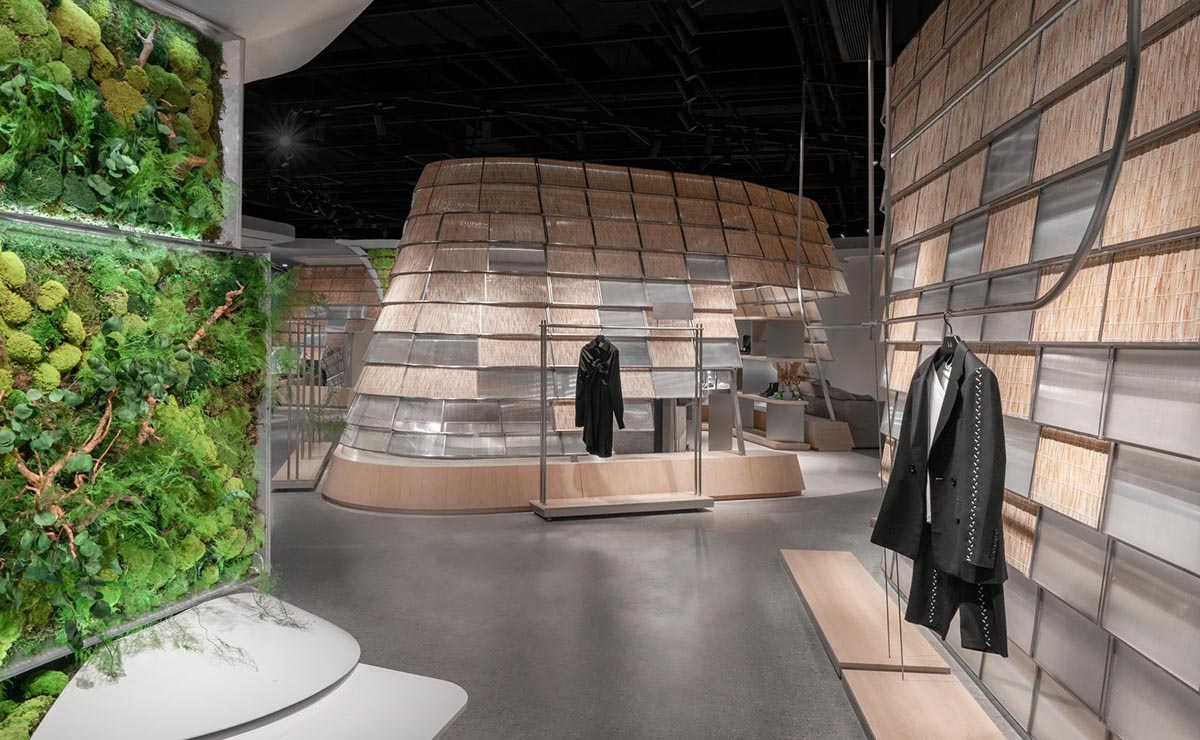 The general plan is shaped by hyperbolic aluminum structures that are dressed with natural elements like original wood. The display structures include stands and hangers, creating a striking balance between artificial nature and natural nature. "The forest installations on the site represent the changes in season, providing a carrier for the creative ideas of every designer," the studio added.

"The hyperbolic aluminum plates are shaped into forests. The moss, fern, shrubs, and deadwood in different seasons present a picture of artificial nature." 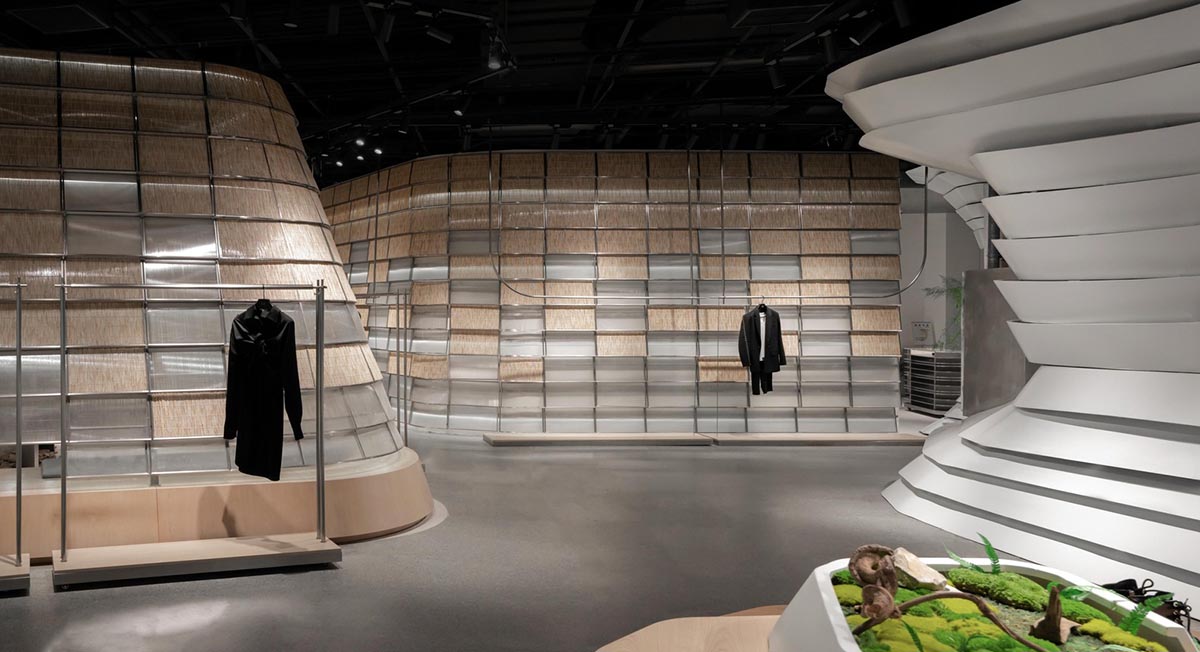 "Lacking industrial construction materials in the past, locals combined the sequoia bark and the felt to build shanties near the sea. These buildings are not only an extension of the natural ecosystem but a symbol of free growth. Under the theme of the ecosystem, they represent a wise lifestyle," the office stated.

Based on this, the team processed the reed and placed into the metal frames. Mixing reed with solar panels, they together create a striking virtual-real effect. Further, to create a sense of valley, the designers formed rounded corners, so that the treehouses can create several independent spaces while rising as the space outside the valley.

"Delicate metal surface structures make it possible to build tree houses, which could be placed outdoors," the studio added.

Within these artificial valleys, customers can also seat on a wooden seating place to examine the products carefully. 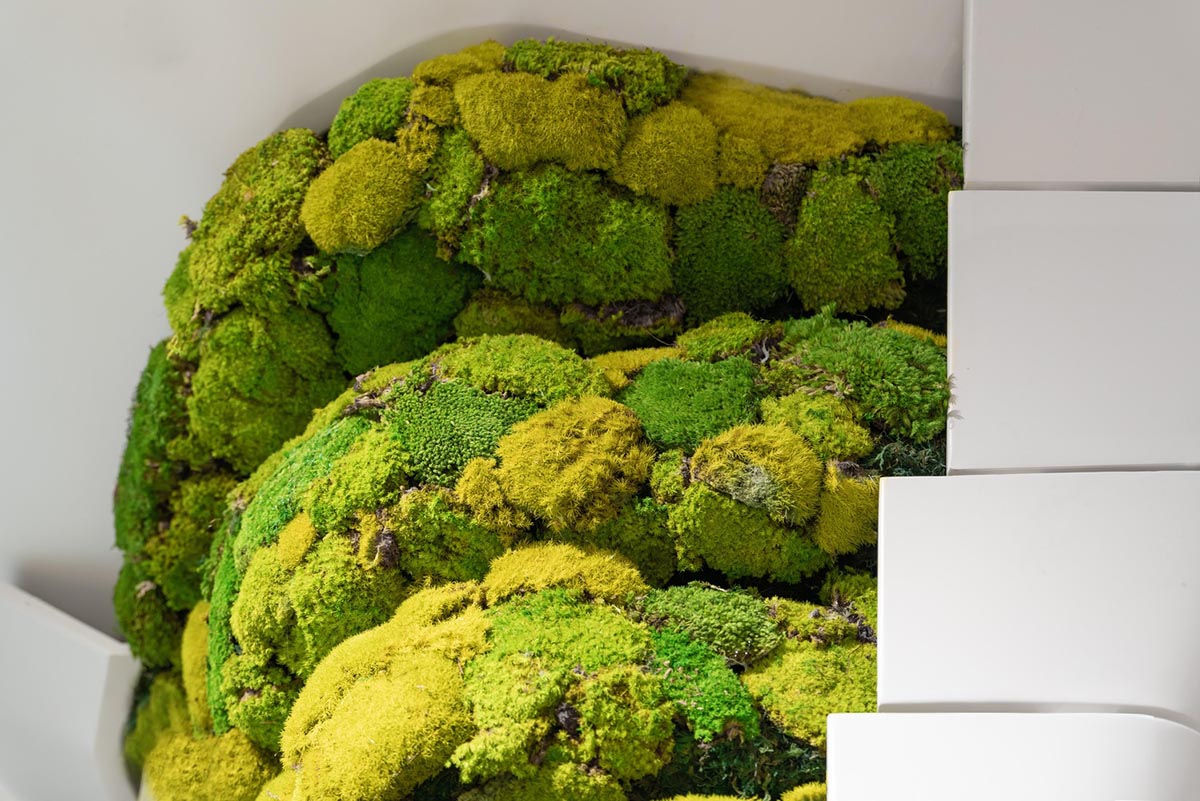 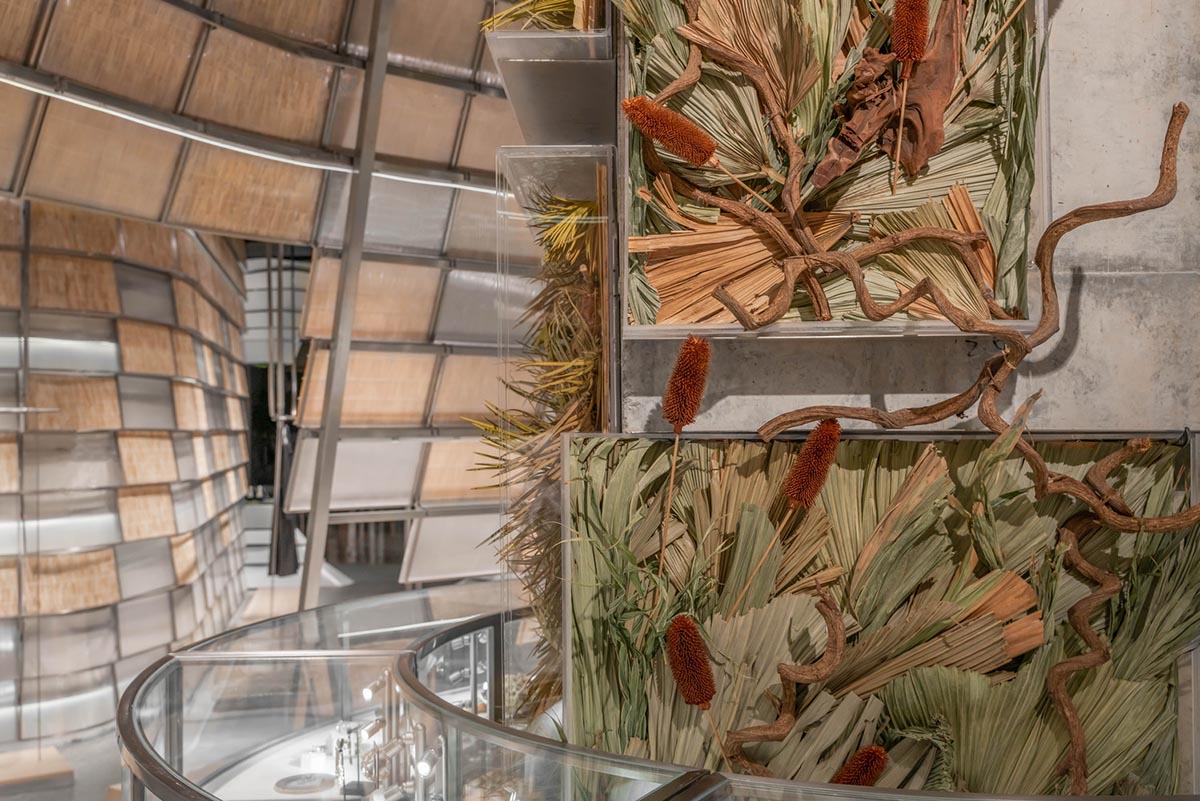 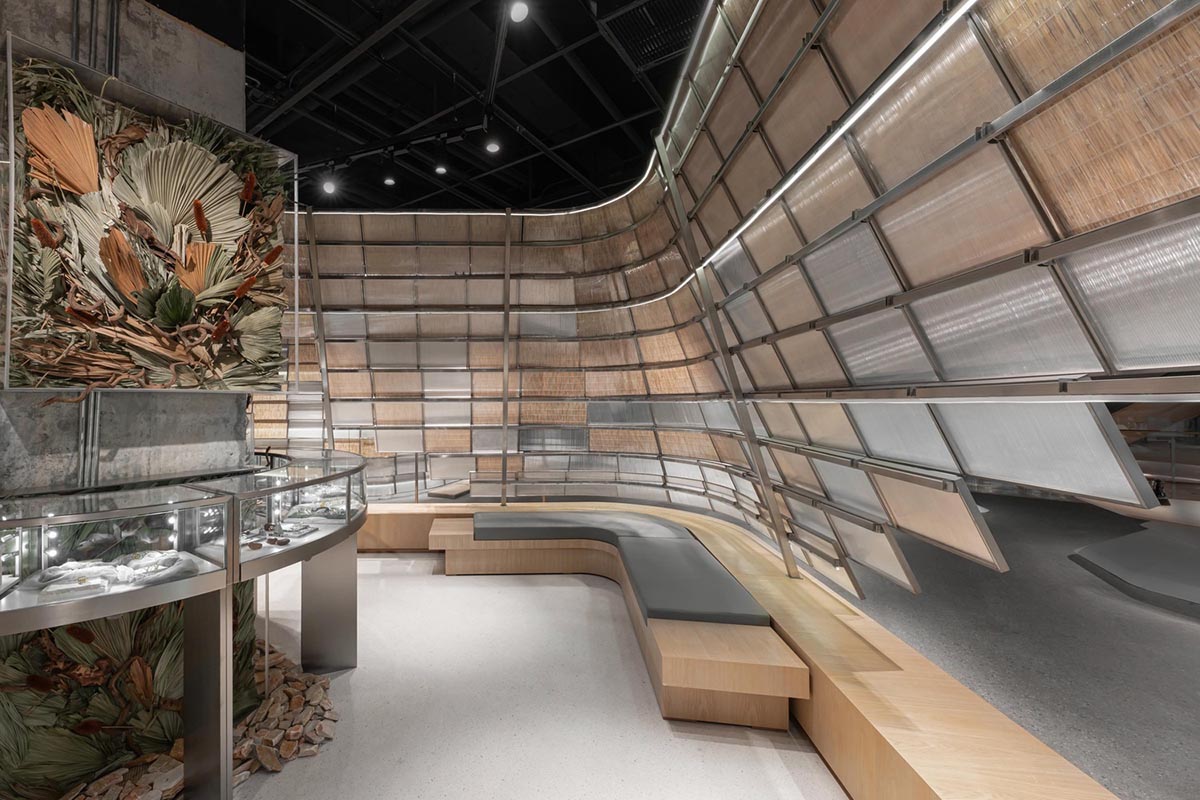 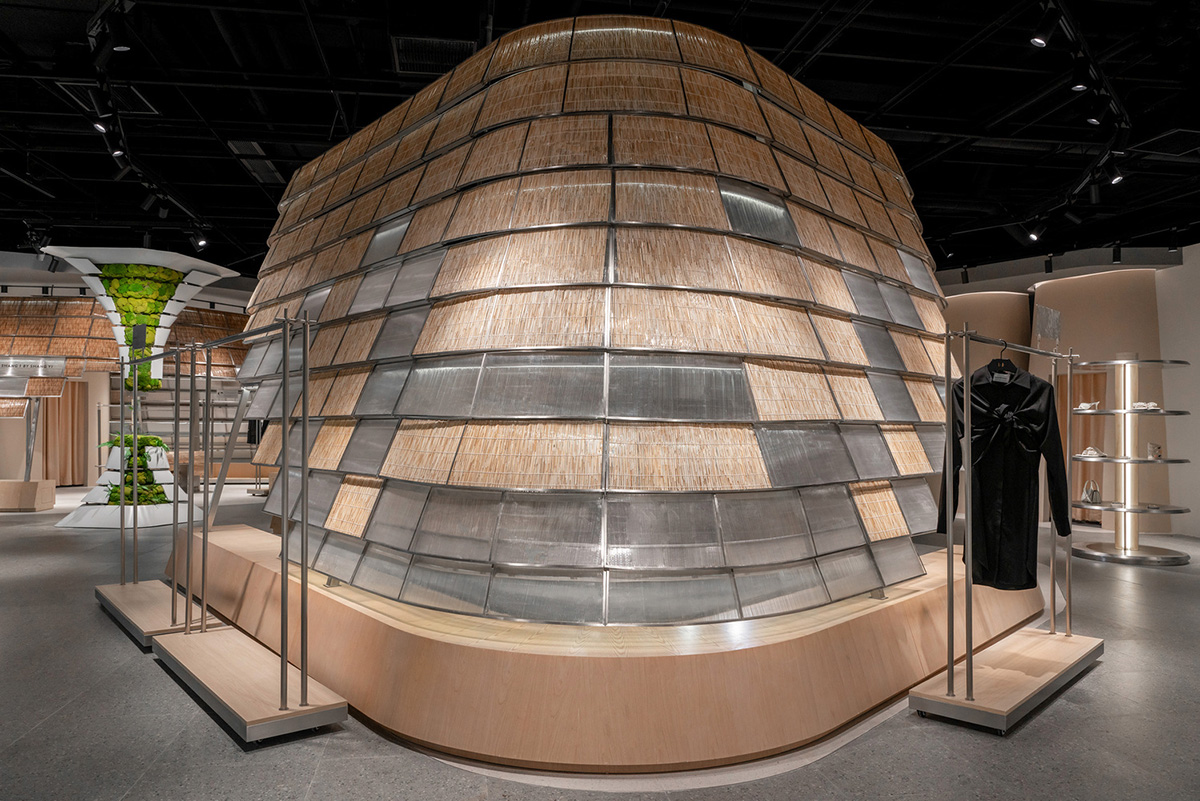 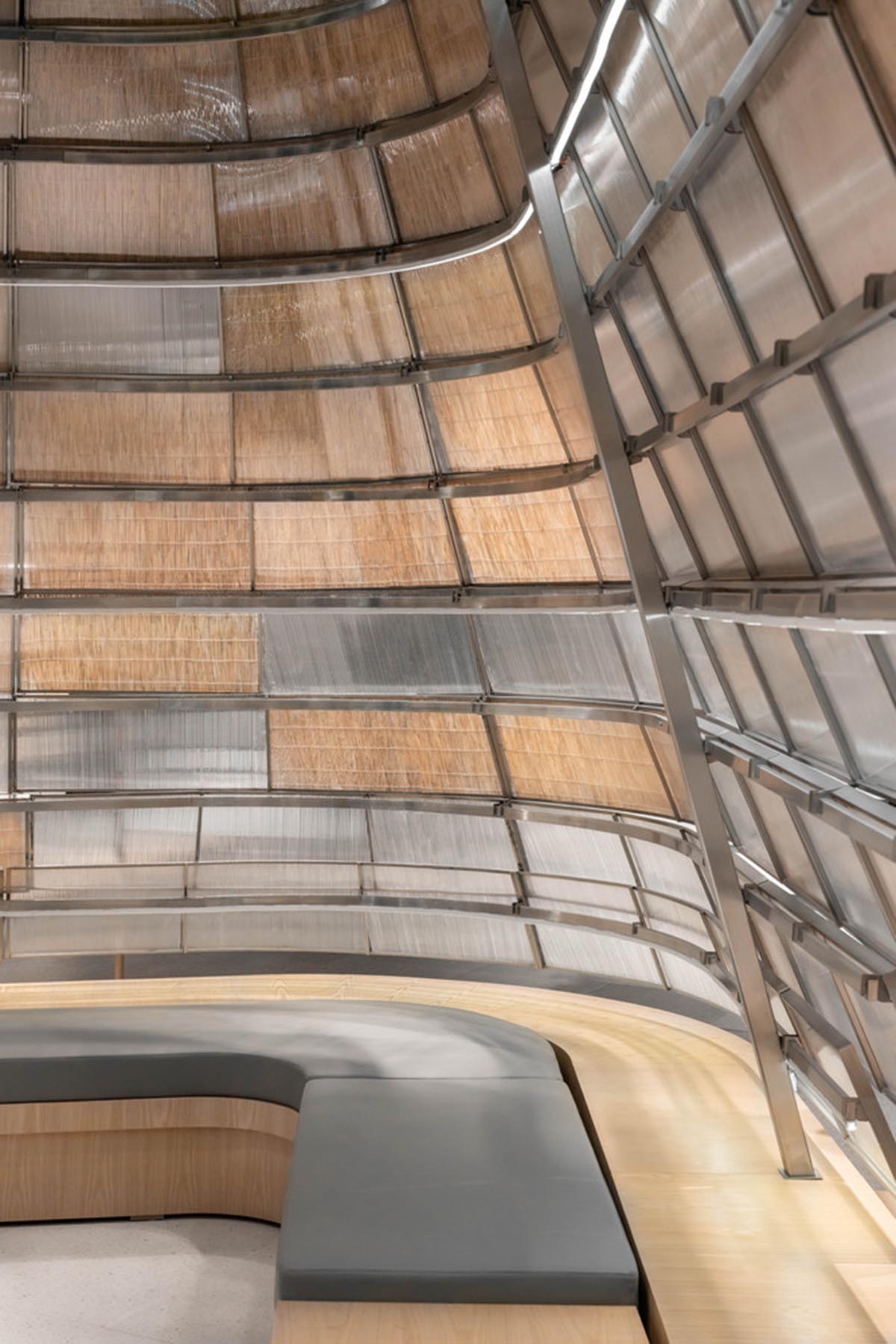 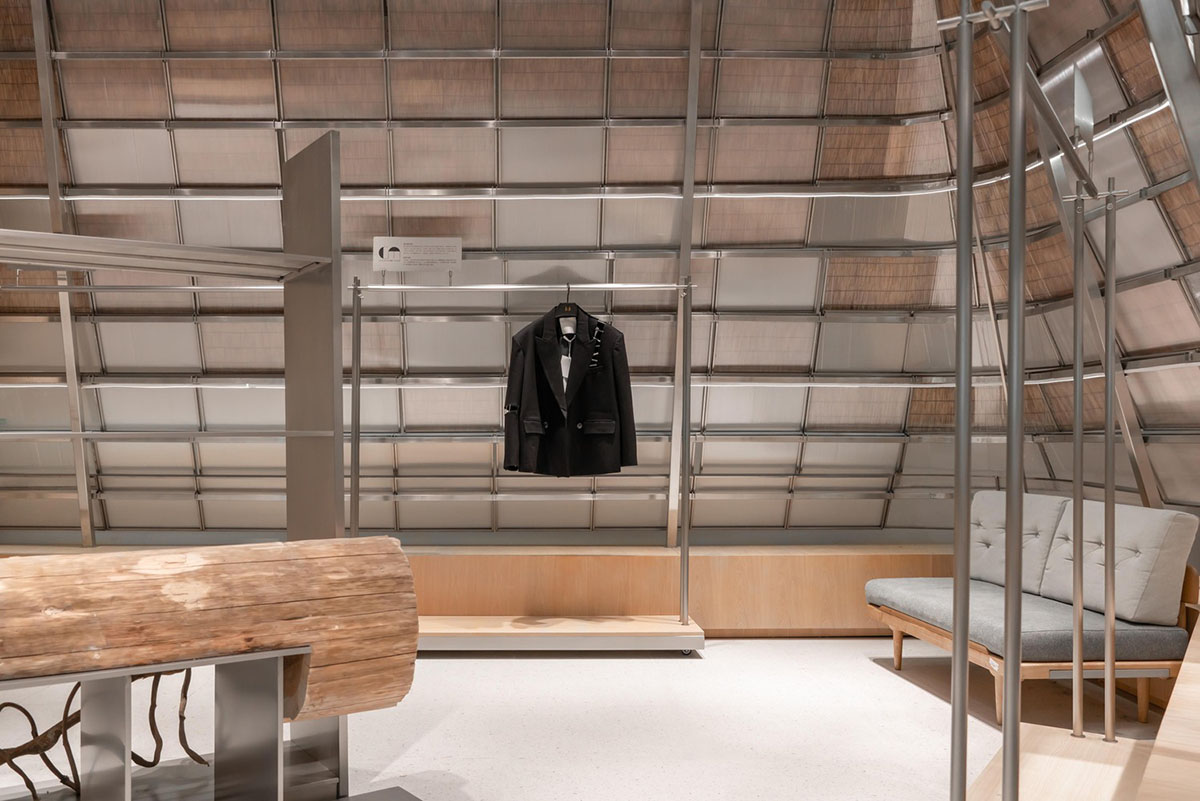 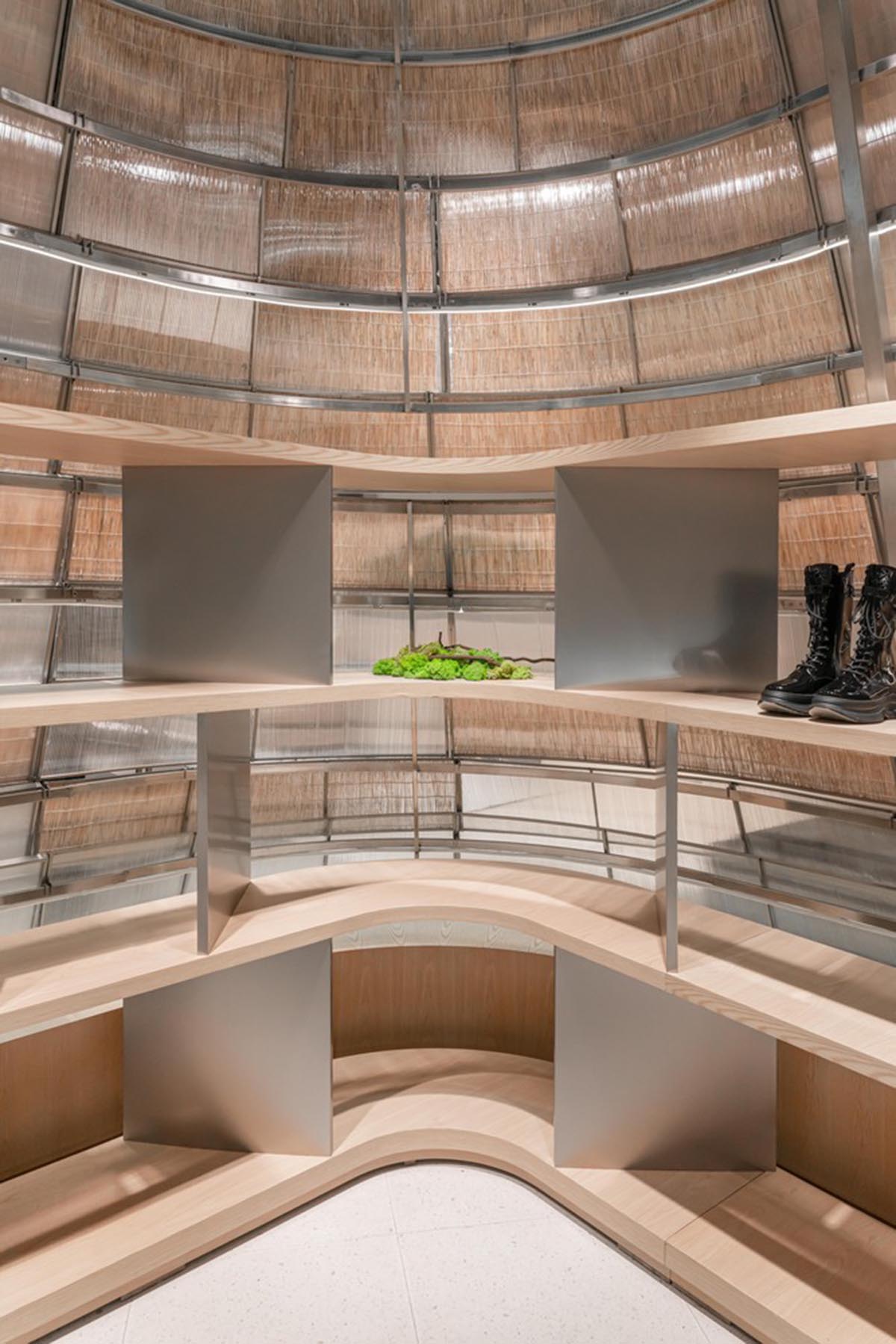 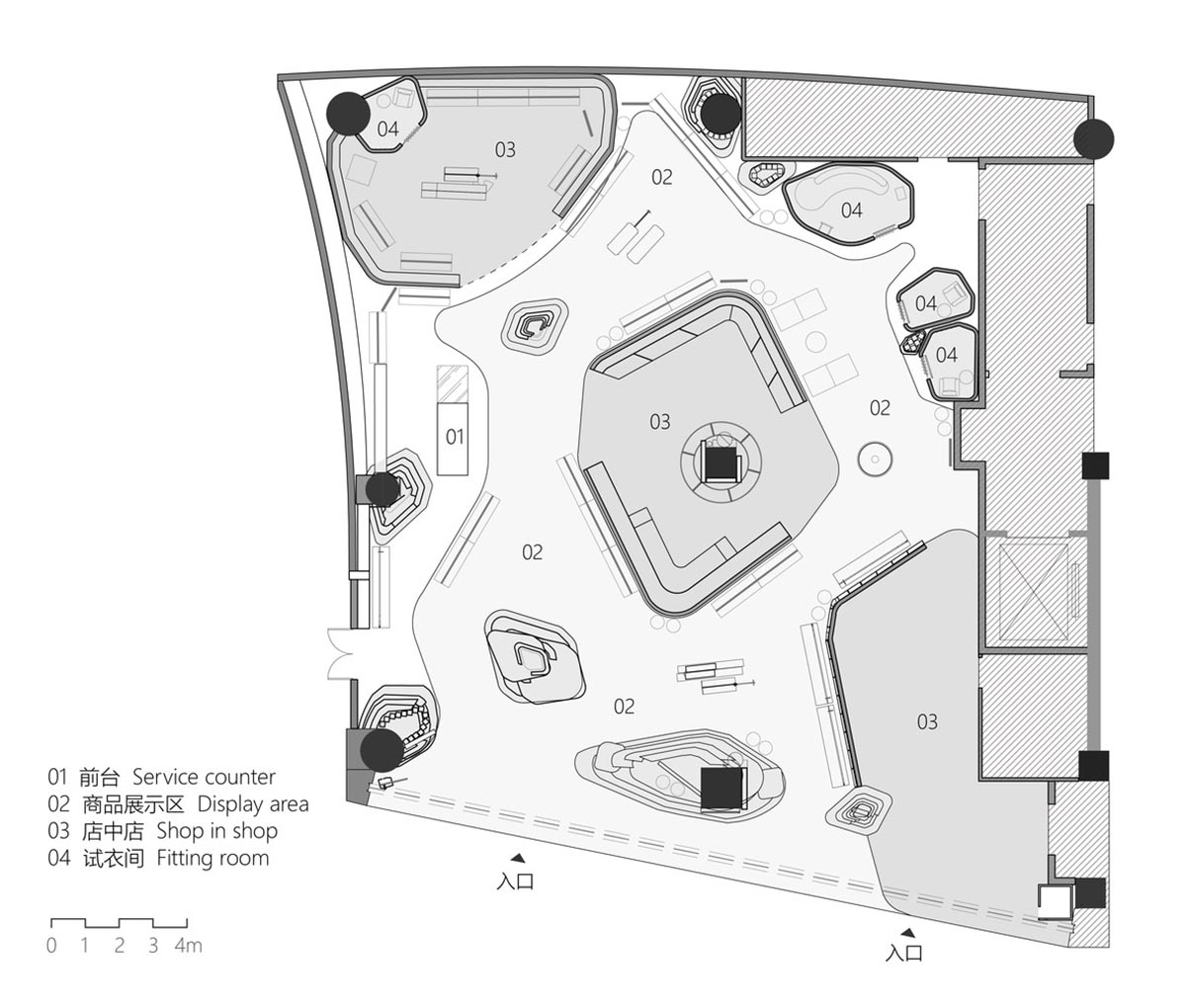 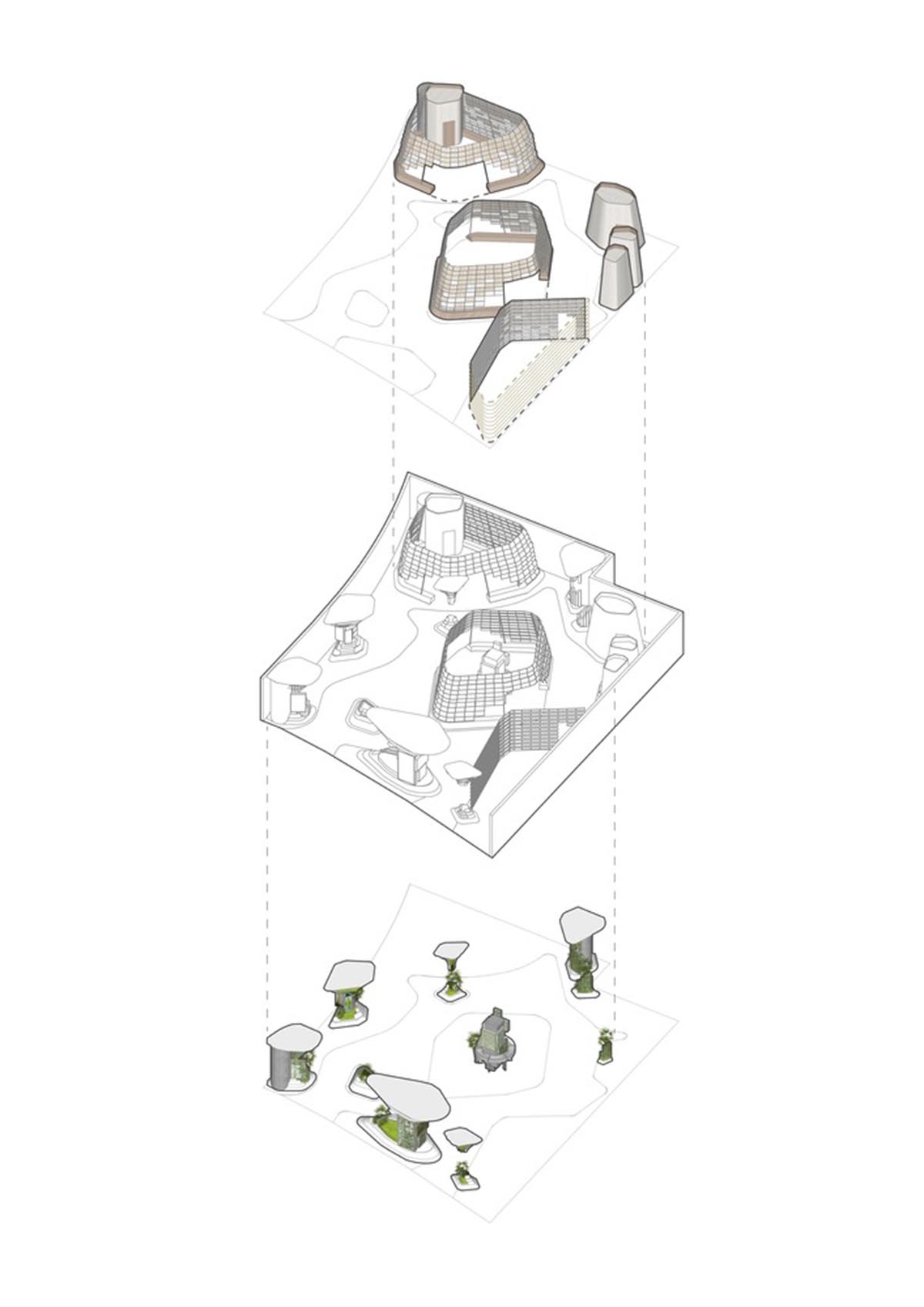 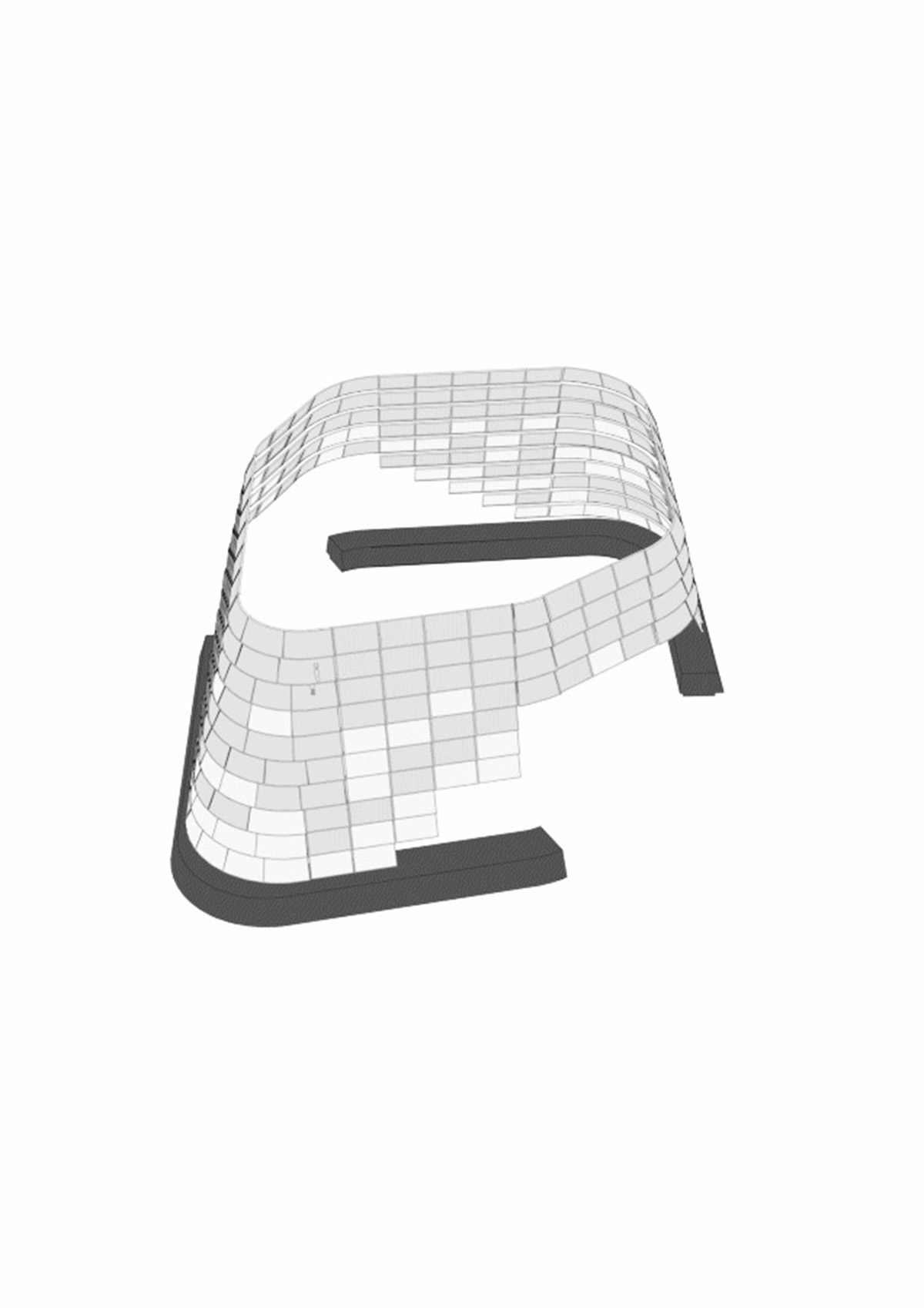 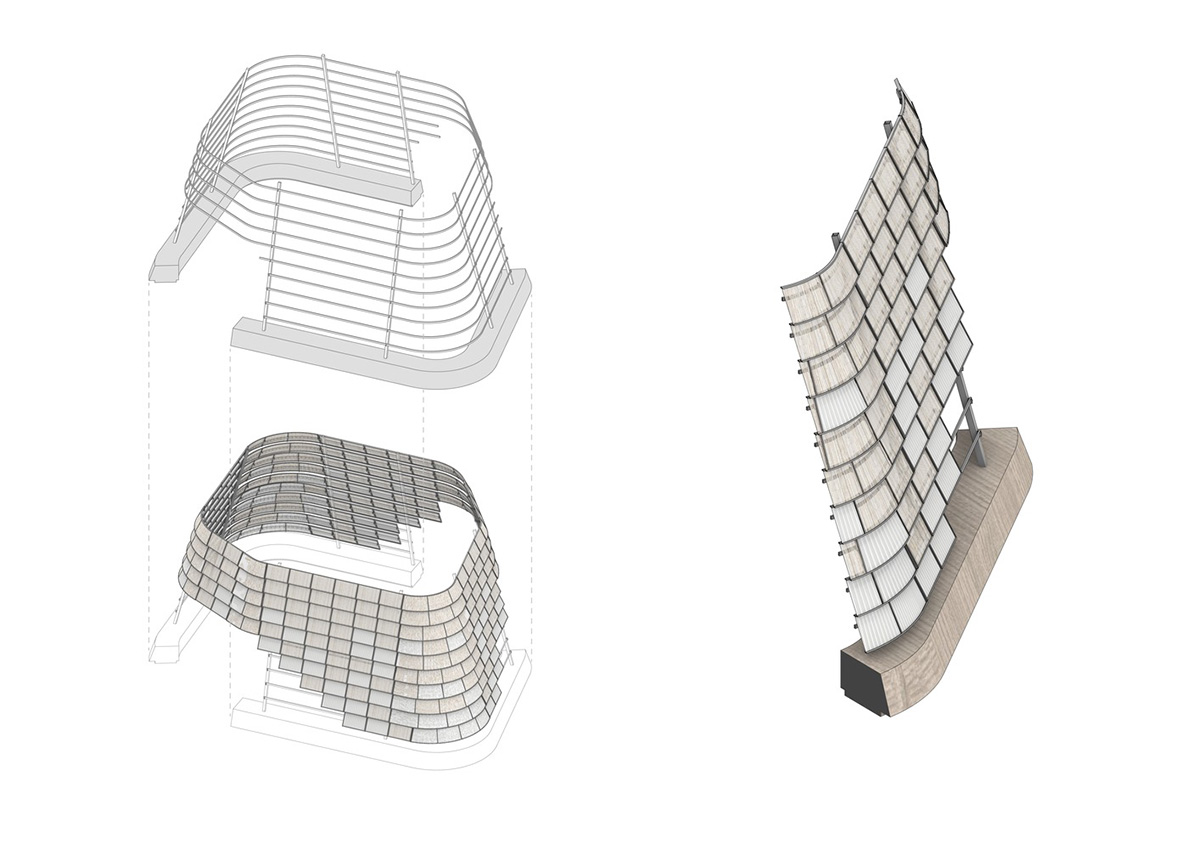 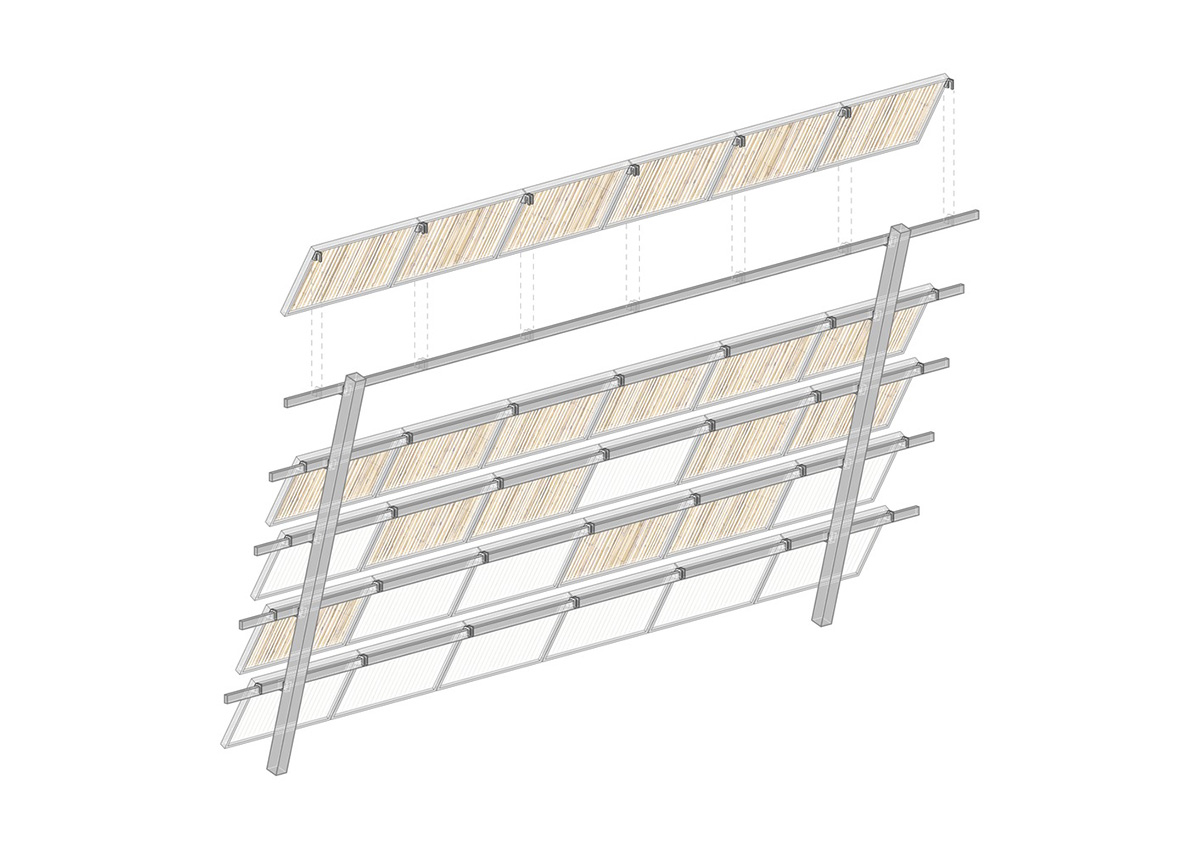