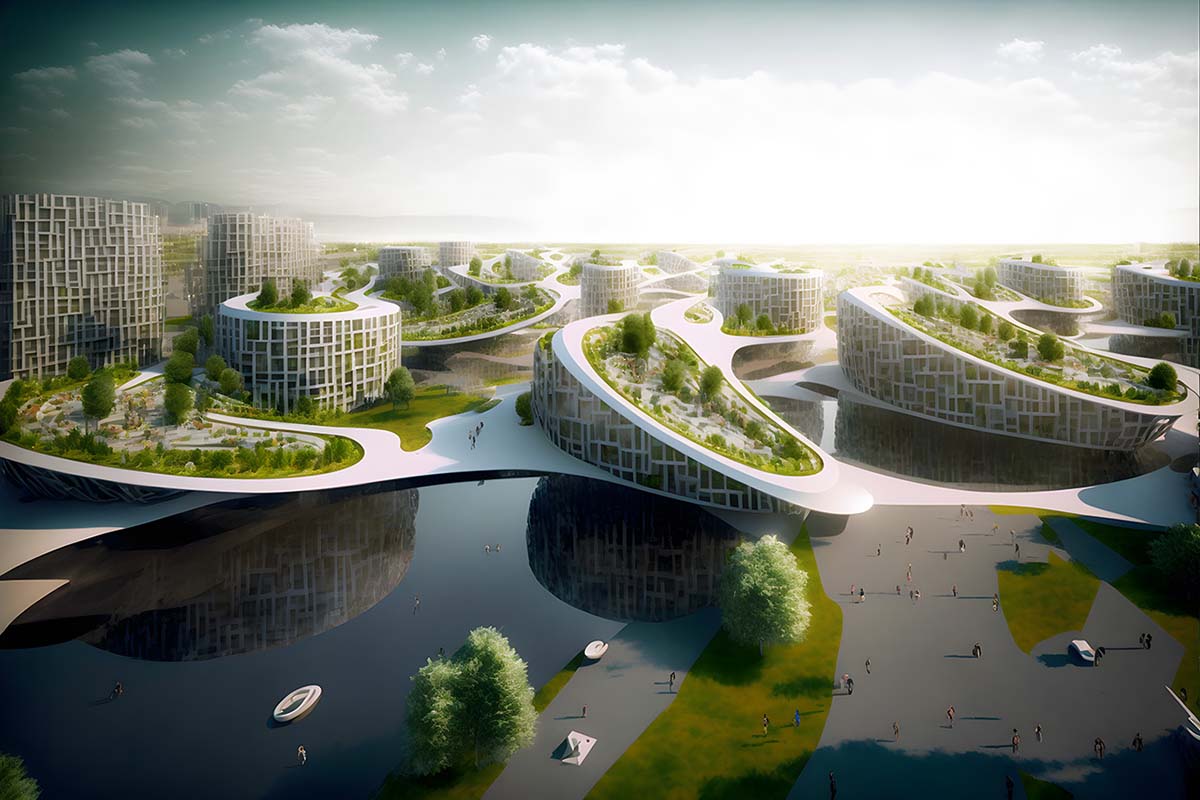 Dubbed Floating City, the circular-shaped masterplan is a conceptual proposal developed in response to the urgent threats of climate change that we face today.

Connected with a total of 25 acres of interconnected platforms, the floating city is planned to house more than 50,000 people.

However, due to the adaptable and scalable feature of the masterplan, the Floating City has the potential to expand and accommodate more than 200,000 people, according to Luca Curci and Tim Fu. 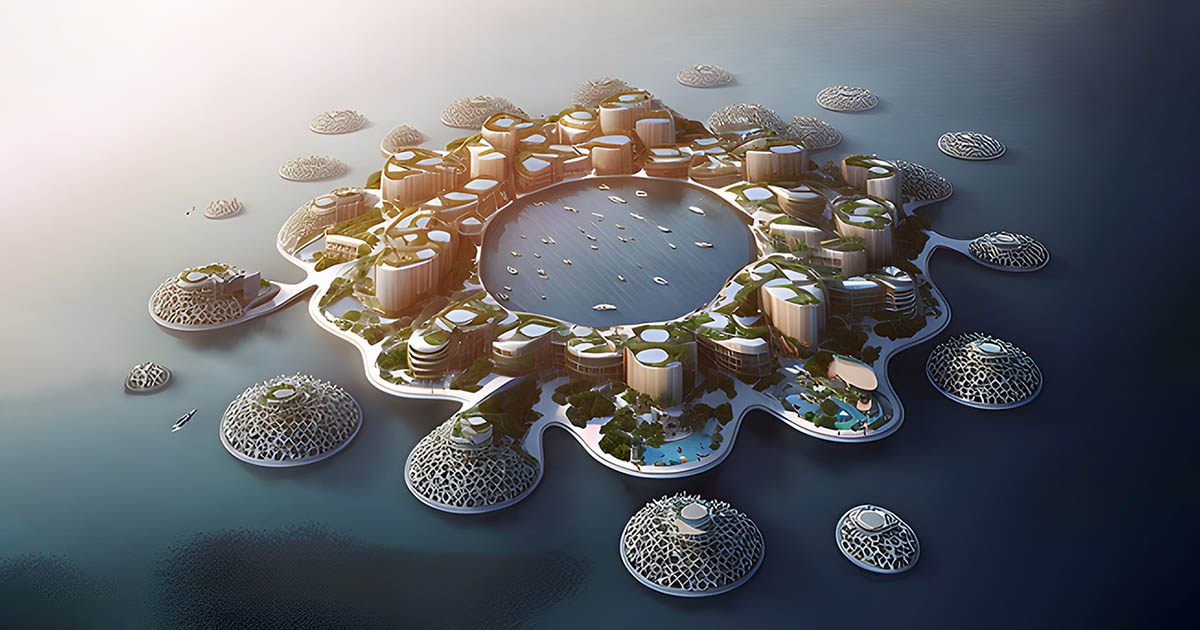 Floating City aims to become a sustainable and resilient city, and the proposal was specifically envisioned to adapt to the shifting needs of several coastal cities, particularly vulnerable to sea level rise due to their low elevation, like New York, Miami, New Orleans, Jakarta, Amsterdam, Hong Kong, Shanghai, and Tokyo.

Made of curving lines, compositions, organic arrangements, teardrop-shaped volumes, the functional units are connected with floating platforms and designed with the support of artificial intelligence. 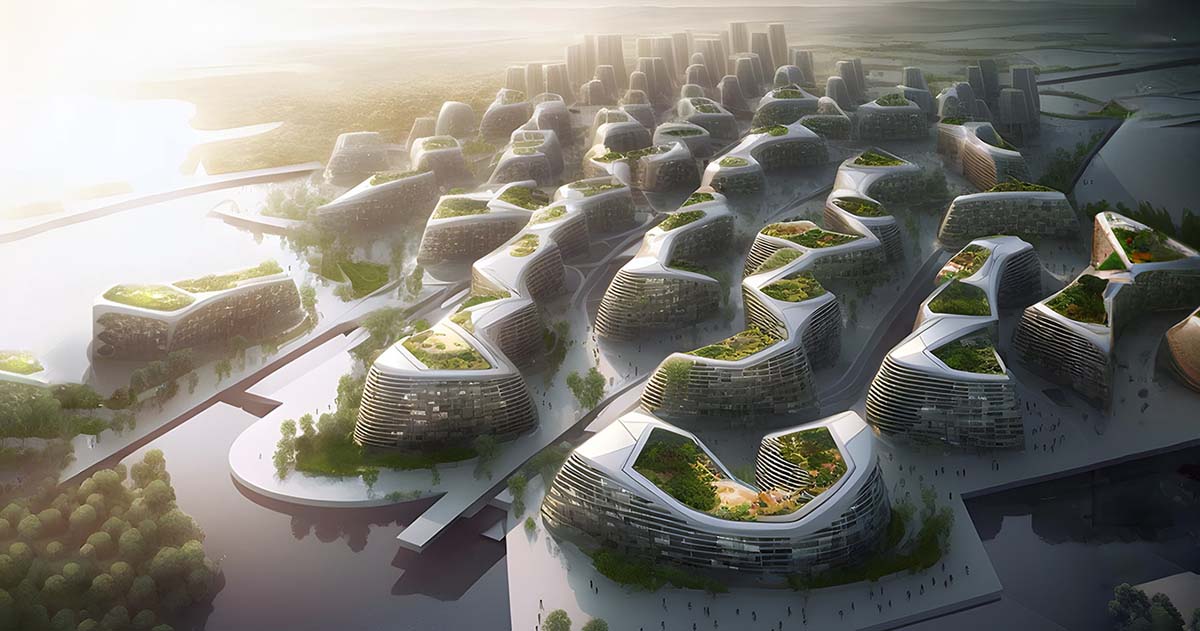 The masterplan incorporates dwellings, offices, government departments, healthcare facilities, and educational institutions, including all levels of schools and universities.

The project, combining sustainability with population density, aims to build up a zero-energy city with 100 per cent green transport systems.

"The sustainable city allows its residents to get into a healthier lifestyle, in connection with natural elements, re-thinking the traditional concept of community and society," said Luca Curci and Tim Fu. 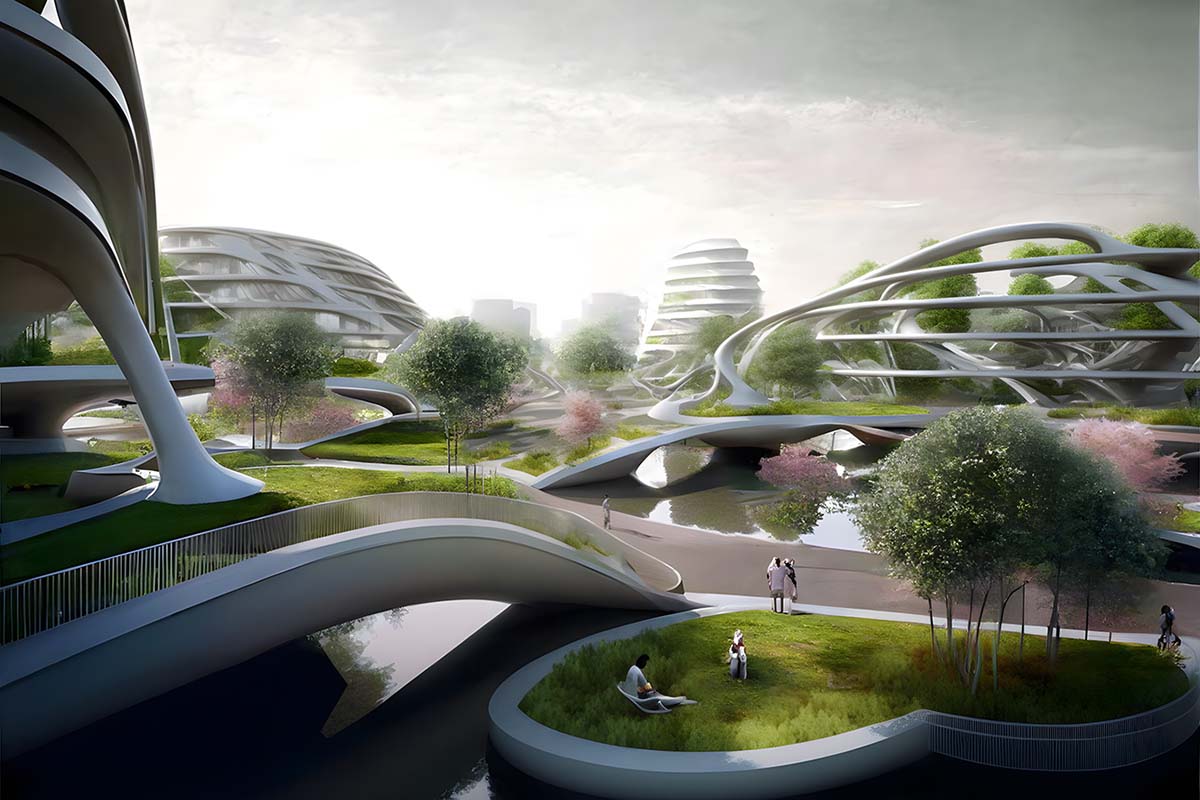 "Floating City is designed to support the global response to the threat of climate change," Luca Curci and Tim Fu added.

The project is divided into different neighborhoods where each is composed of hi-rise and low-rise buildings surrounded by a membrane of photovoltaic glasses to provide electricity to the whole floating system and make it energy-independent. 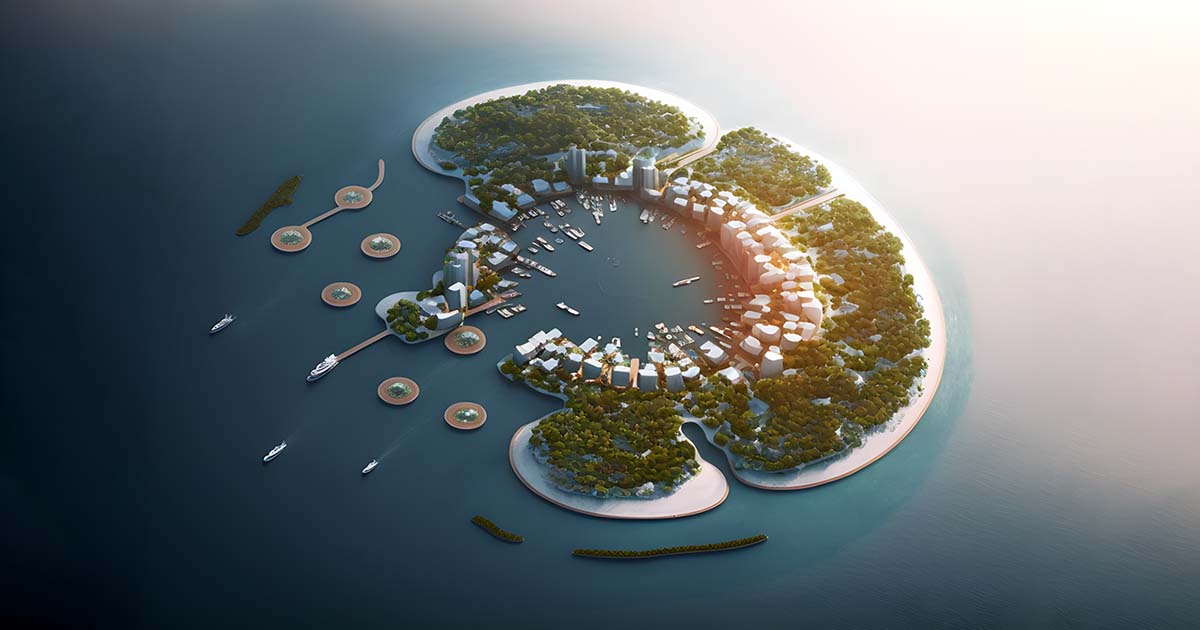 Green zones and vertical gardens are scattered all over the floating city, while meeting and social areas are aimed to serve for community life.

The architects will integrate farming with social spaces and the farming spaces will enable communities to provide their own food and be self-sufficient.

Every floating island will include a community framework for living, including markets, spiritual and cultural hubs. 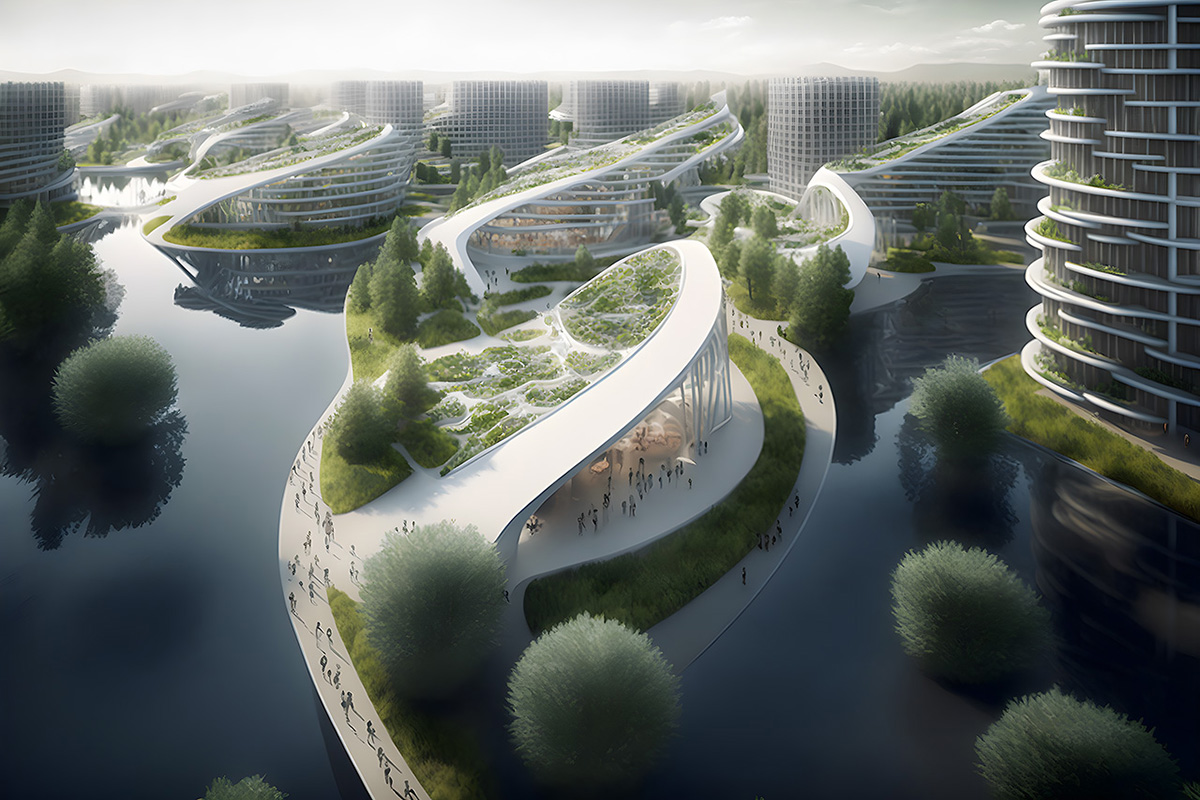 Floating City is accessed by water or by air. While the floating city is equipped with external and internal docks and several naval entries, each floating platform will have a droneport.

"The world’s cities occupy just 3 percent of the Earth’s land but account for 60-80 percent of energy consumption and 75 percent of carbon emissions." 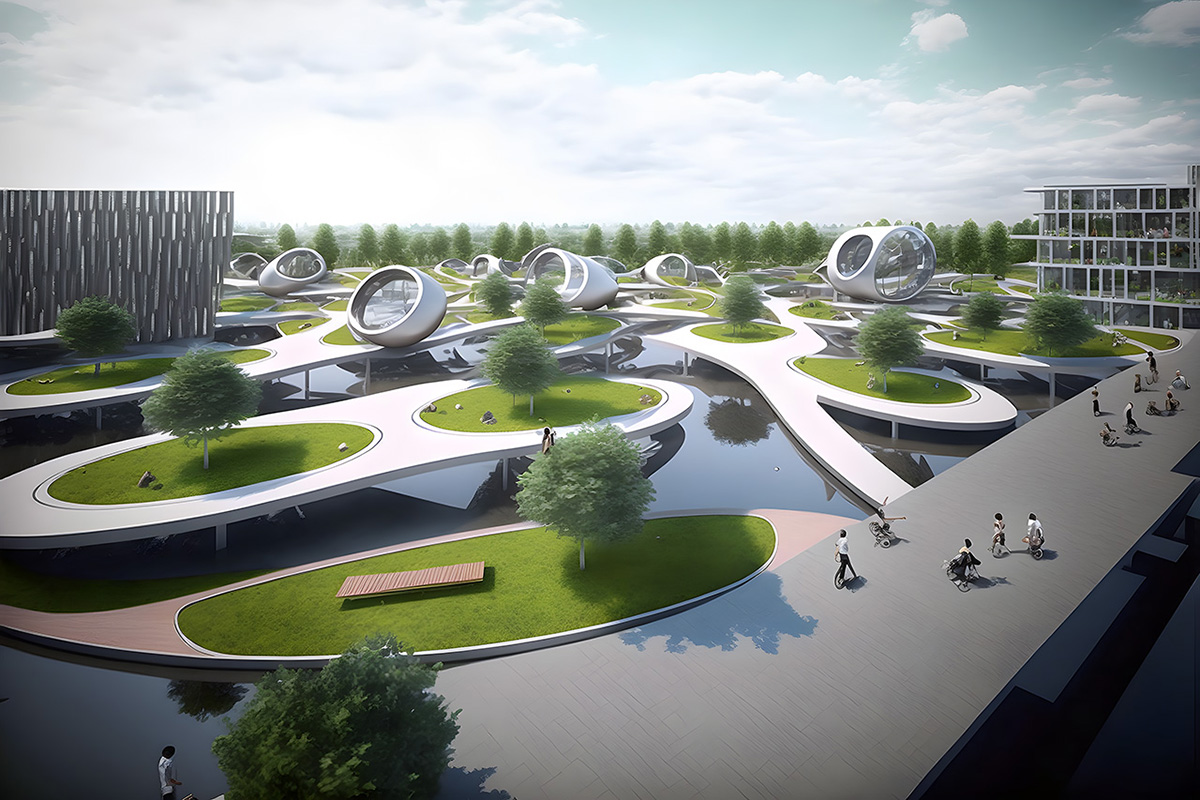 "Climate change is now affecting every country on every continent. It is disrupting national economies, communities, and countries dearly today and even more tomorrow. Weather patterns are changing, sea levels are rising, weather events are becoming more extreme and greenhouse gas emissions are now at their highest levels in history."

"By 2100, scientists project that the sea level will rise at least another foot (0.3 meters), but possibly as high as 8 feet (2.4 meters), if we continue carbon emissions at our current rate (NASA - The Effects of Climate Change)," the architects added. 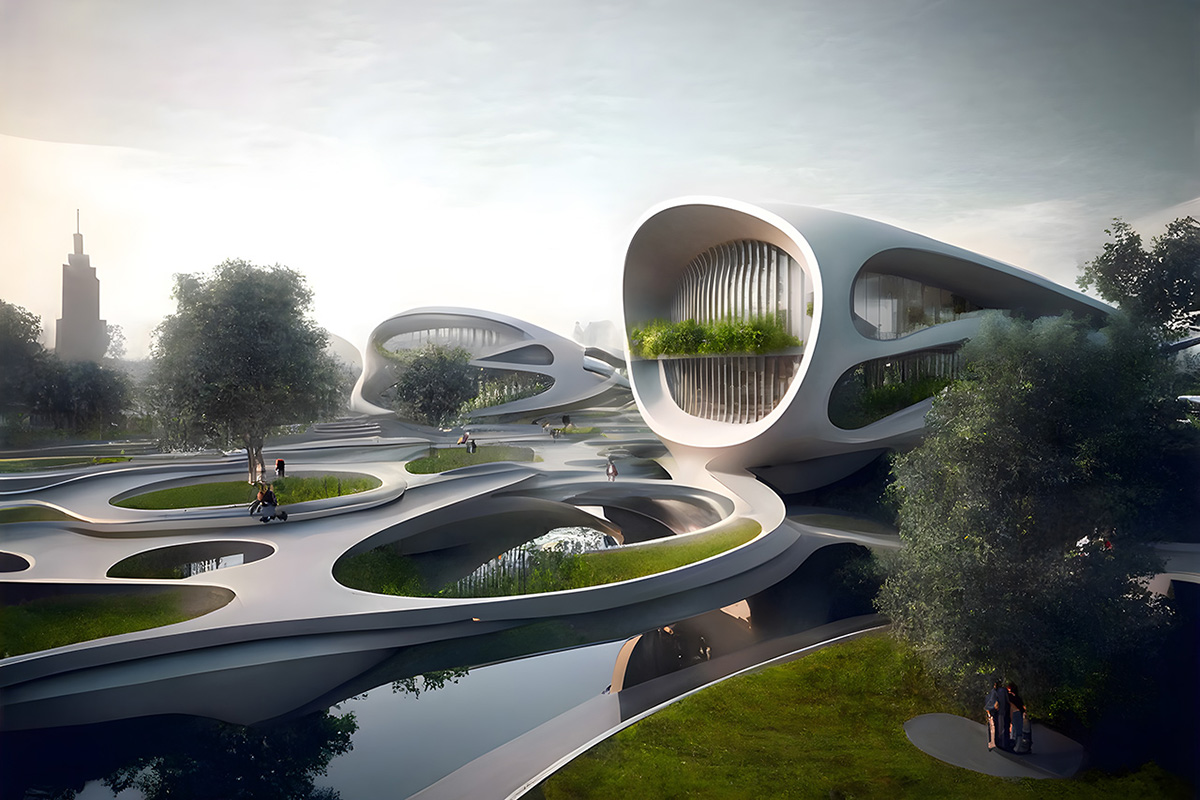 For this reason, Floating City is enevisioned as "a sustainable and resilient city" that is adaptable and scalable according to different needs in the future.

The city's urban system is equipped with smart cities technologies to connect more than 50,000 people dividing the platforms into functional areas.

The main residential floating platform is connected, by water and air, to all the other platforms of offices, government departments, healthcare facilities, and educational institutions, including all levels of schools and universities. 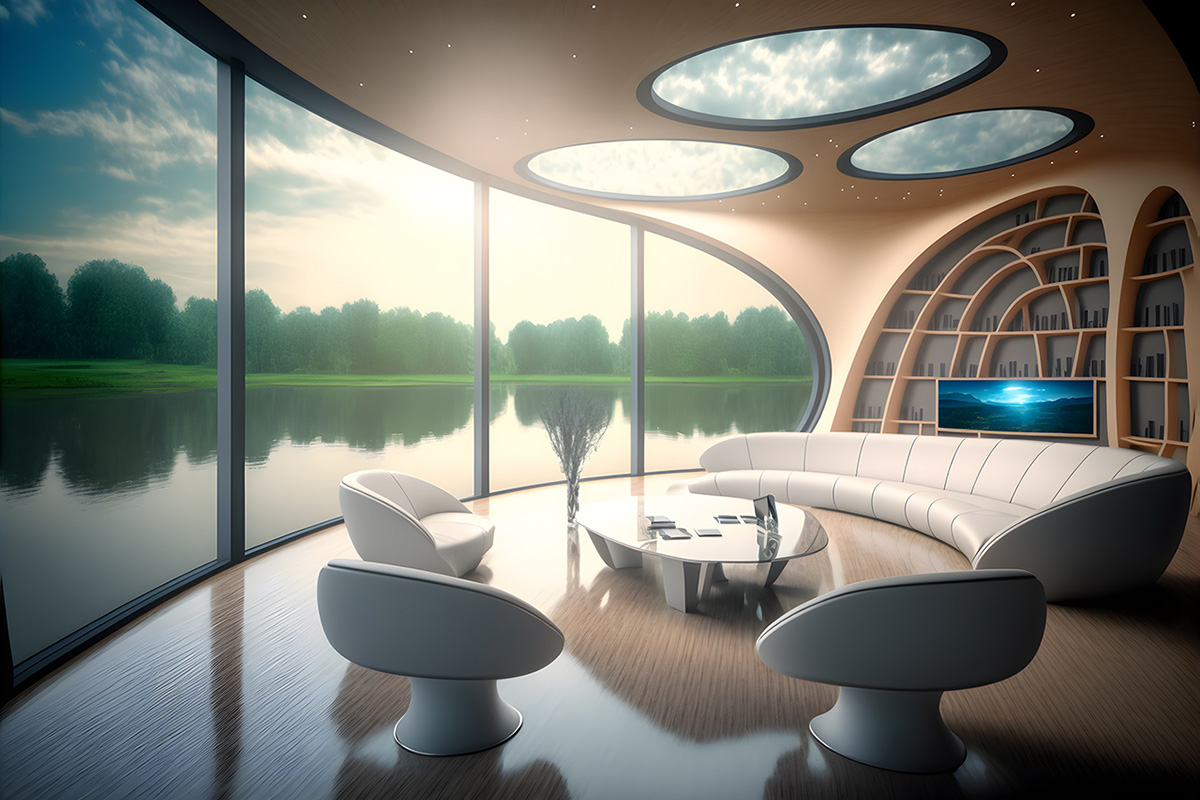 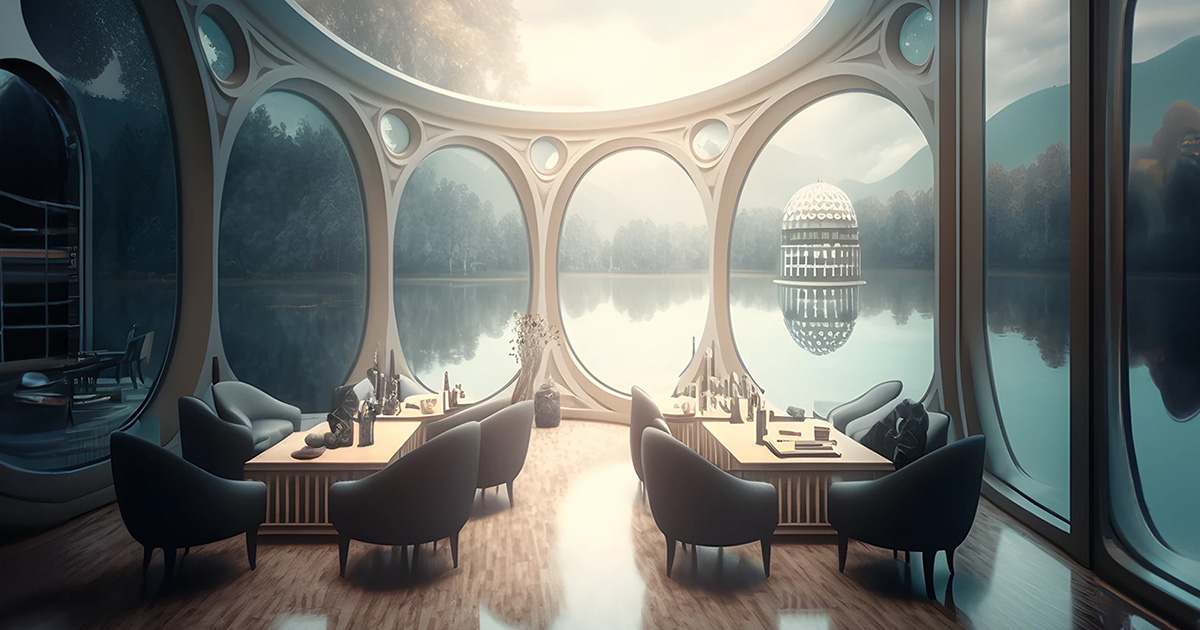 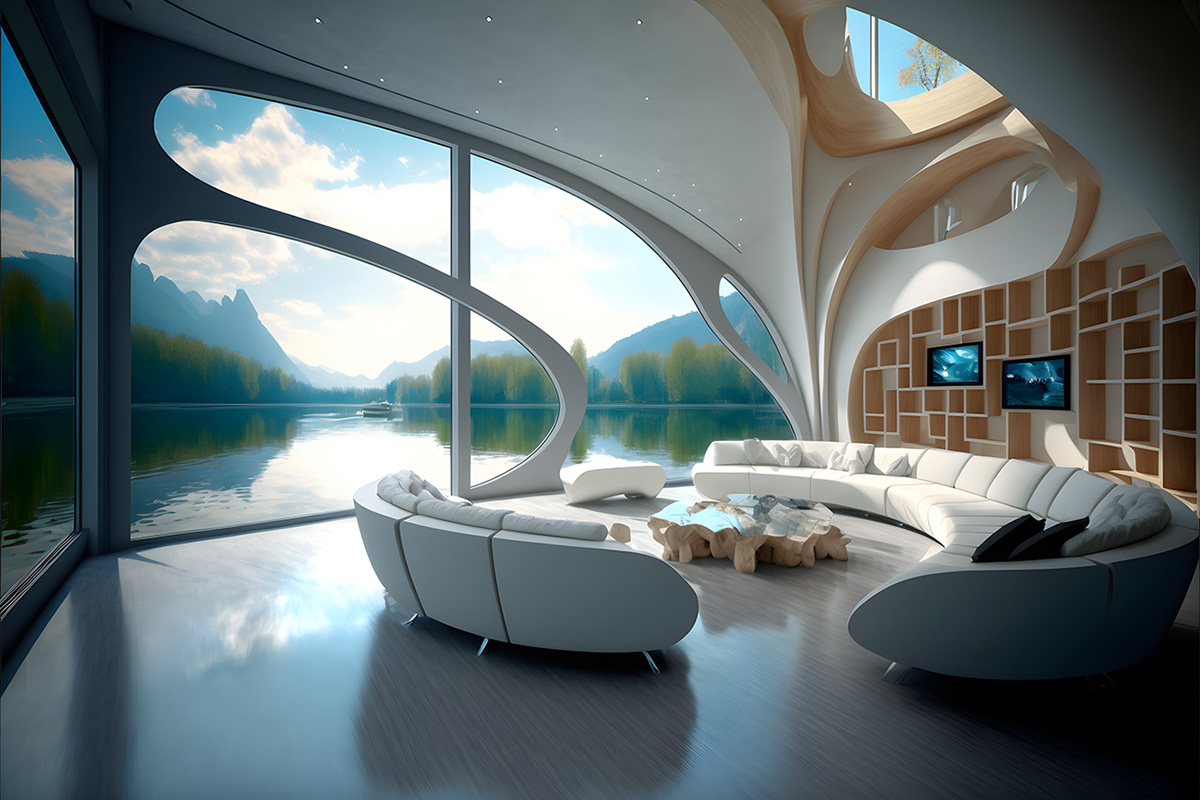 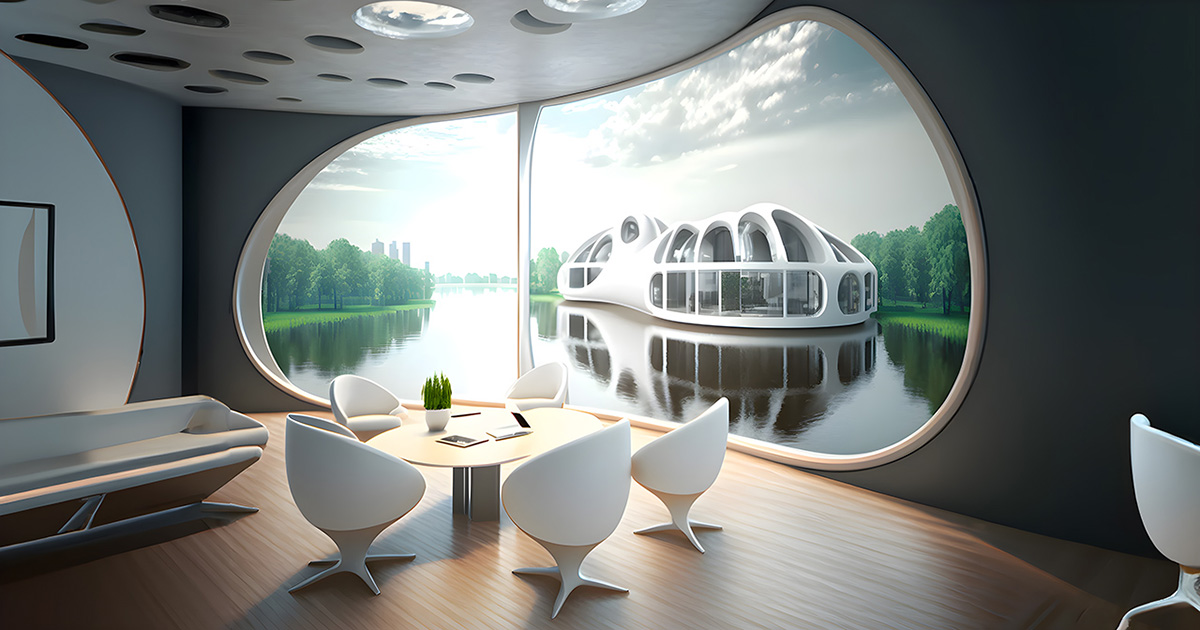 Luca Curci and Tim Fu will present Floating City for the first time during the 2023 Venice Architecture Biennale for The Laboratory of the Future, at the Palazzo Albrizzi-Capello and in other prestigious venues in Venice from May 20th to November 26th, 2023.