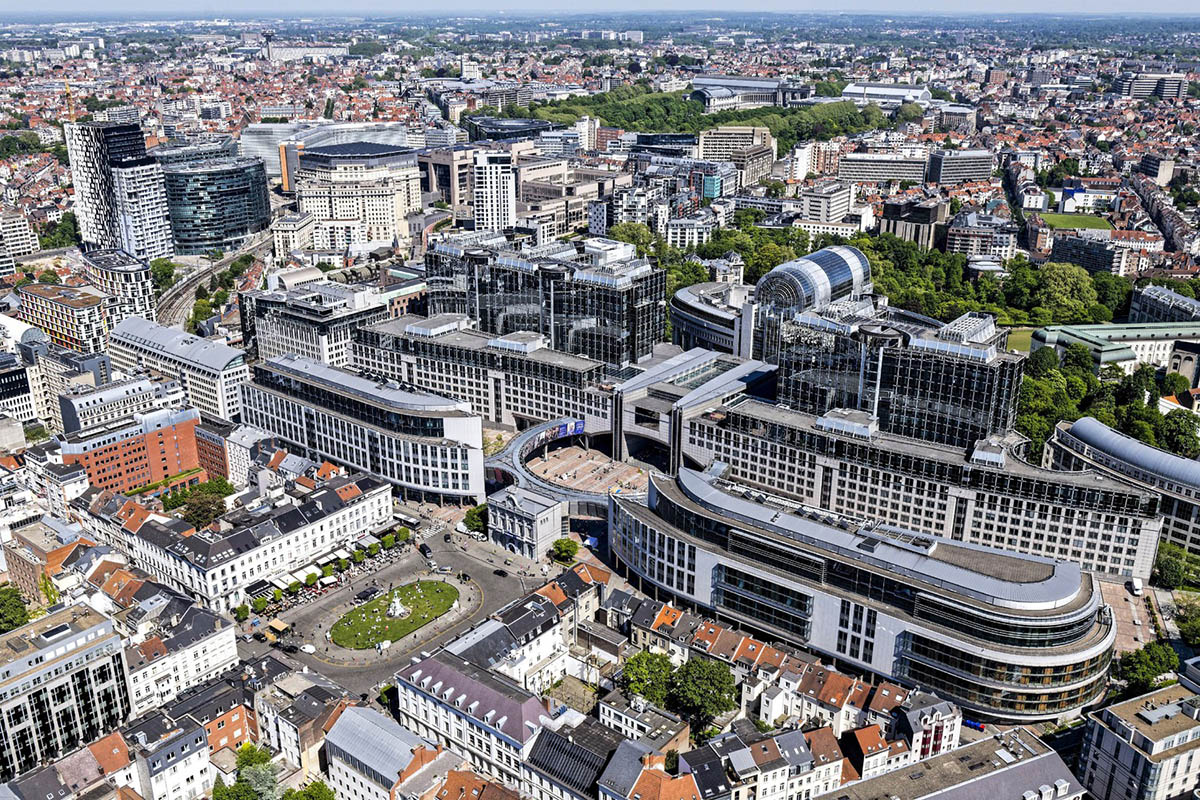 The selected team to renew the European Parliament Building, known as the Paul-Henri SPAAK Building, in Brussels, Belgium.

The international competition was announced in 2019 and sought a strong sustainable approach to renew its plenary building (SPAAK), which called for tenders for a new “renewal” process, covering all approaches between a "renovation" of the building, and a "reconstruction" of the building.

The open pre-qualification procedure for the selection of competitors among candidates was launched on 26 May 2020. The competition was endorsed by the International Union of Architects (UIA).

The competition brief put a strong emphasis on "operability, maintainability, flexibility and adaptability”. The new European Parliament was envisaged as incorporating “best durability and sustainability practices with a considered balance between simplicity and thoughtful technology.”

The Paul-Henri SPAAK Building is part of an estate of around ten buildings with a total area of some 665,000 square meters. The 84,000-square-metre building houses the Chamber of the European Parliament in Brussels for its 705 Members from all over the European Union and houses various facilities where Members meet in par-sessions, but also facilities for holding parliamentary committee meetings, organising press conferences and welcoming visitors.

The European Parliament has not yet released any images of the winning proposal. According to the announcement, there will be a public exhibition of the proposals in Brussels which is scheduled for September 2022.