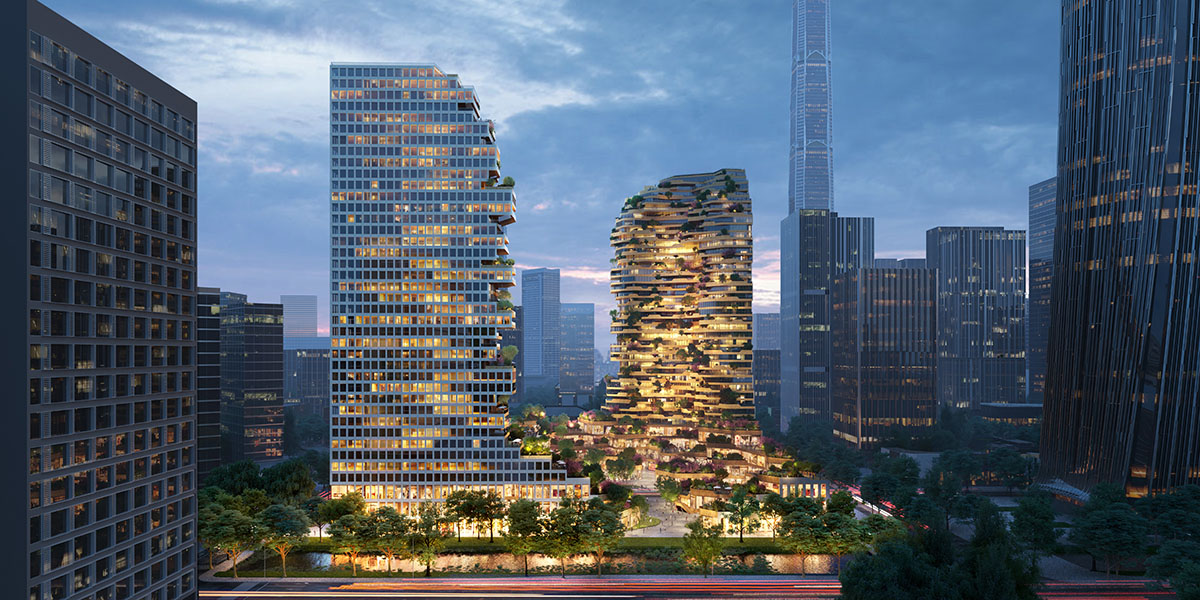 MVRDV has won a competition to design a new mixed-use residential and commercial complex on the edge of the Jiangbei New Area’s Financial District, Nanjing, China.

Called Oasis Towers, a pair of 150-metre-tall towers creates "a green haven among skyscrapers" for residents in a dense and rapidly developing part of the city. "The Chinese metropolis of Nanjing is growing rapidly," said MVRDV. "To enable this growth, in 2015 the government formed the Jiangbei New Area, expanding Nanjing to the west across the Yangtze River." 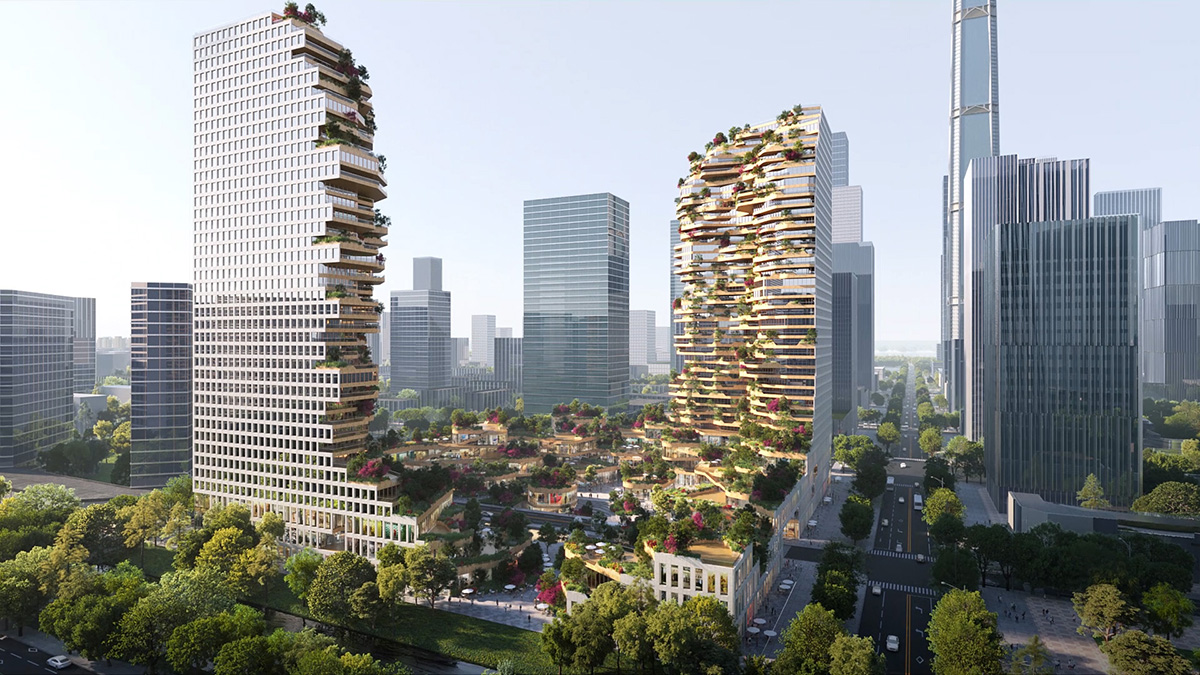 The project’s two L-shaped towers, each 40 storeys in height, face each other from the north and south corners. The complex is raised on the 3-4-storey podium that forms a perimeter that encloses almost the entire site to create the protective environment at its heart.

While this perimeter building bridges over pedestrian access routes and even the street between the two plots, it also creates a clear separation between the surrounding neighbourhood and the oasis at the centre of the design. 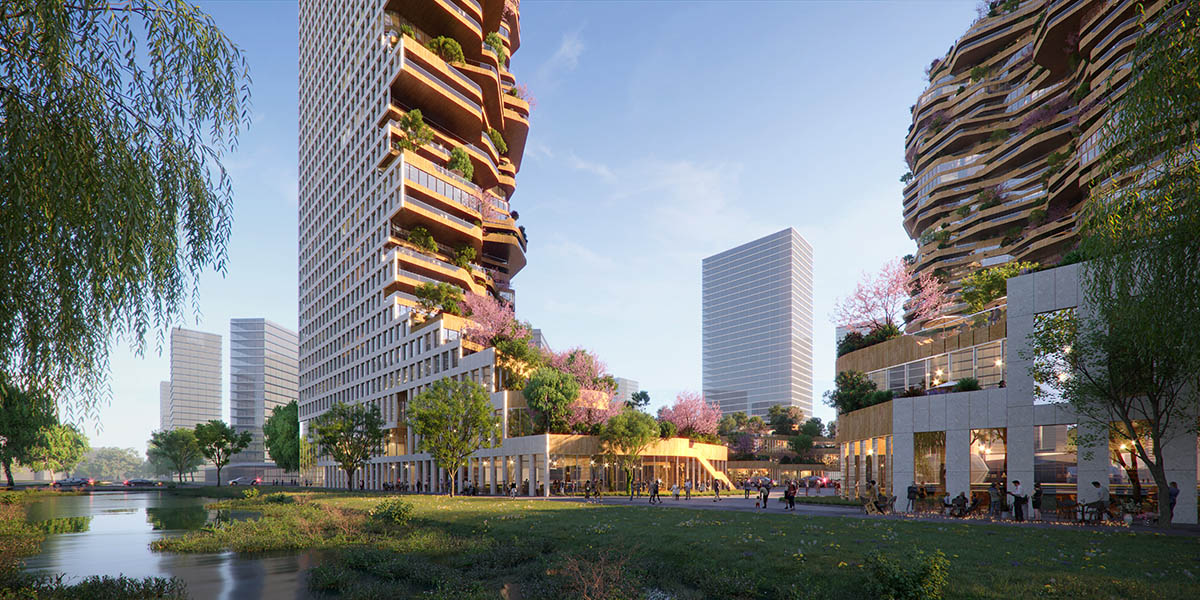 The complex incorporates trees and other greenery elements, the oasis forms a green landscape on the building’s cascading terraces, a lush environment for shopping in the building’s commercial floors from ground level up to the third floor.

"This park-like space has a number of functions: it provides cooling and biodiversity, the canopy offers privacy by shielding the residents of the upper floors from the shoppers below, and it creates a walkable environment that connects the two plots across the central road," said MVRDV.

"At the very centre of the public space, the landscape steps down below ground level to connect beneath the road, providing a convenient crossing point and allowing access to the metro station beneath the site," the office added. "The contemporary architecture of Nanjing takes its inspiration from nature in form and appearance," said MVRDV founding partner Winy Maas.

"With Oasis Towers we wanted to push this trend to the max – not only emulating nature with curving, stratified ‘cliffs’, but also to literally incorporate nature into the design with the greenery and by tapping into natural processes," Maas added.

The design scheme will have a formal, gridded façade on its outer faces of the perimeter block to respond to the office skyscrapers that will emerge in its surroundings.

This exterior skin is shaped through the flowing curves of balconies, terraces, rooftops and small pavilions clad in recycled bamboo. "The integration of nature into the design goes even further than its idyllic green environment, with nature playing an important role in the design’s sustainability strategies," the studio added.

Rooftops in the oasis that are not accessible will densely be planted with a variety of species that help to maximise biodiversity.

Also included in these non-accessible roofs are two 500-square-metre reed beds that naturally filter and clean water as part of the building’s greywater recycling system.

The studio paid attention to the positioning of the towers to take advantage of the prevailing western winds to maximise natural ventilation. 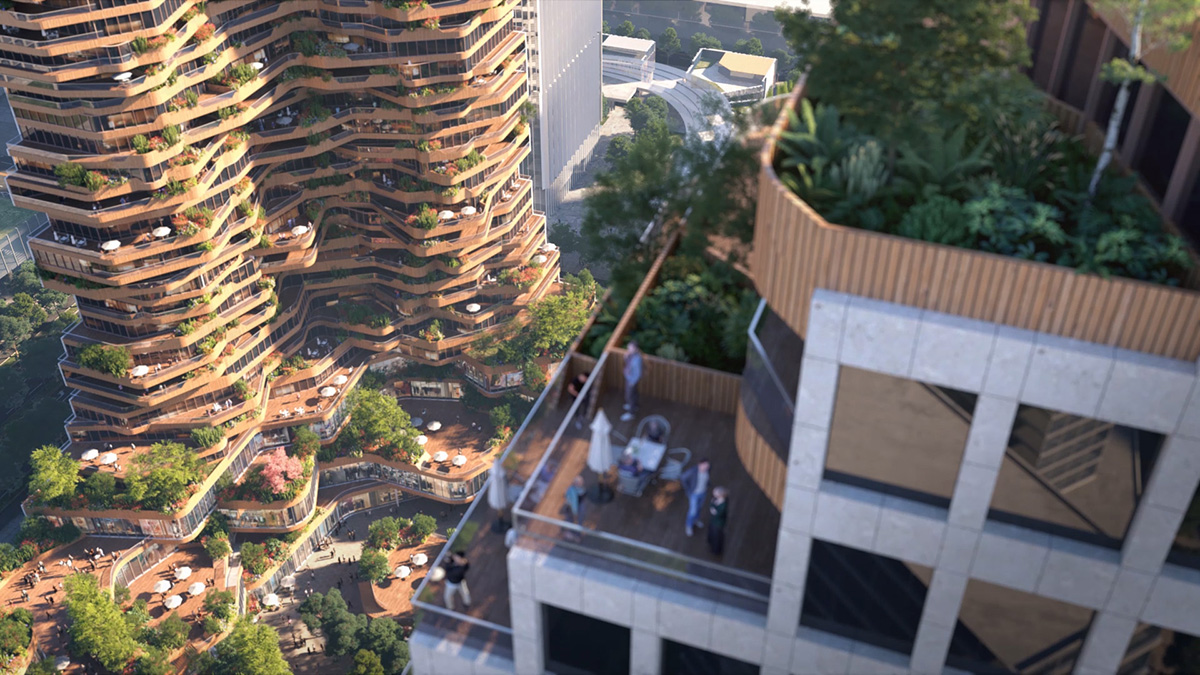 The deep balconies are staggered to provide plenty of natural light, while reducing solar gain in the summer, along with the carefully placed trees that provide extra shade in the warmer months. A water-source heat pump makes use of the adjacent river to reduce energy consumption.

According to MVRDV, "the towers appear highly varied at a glance, with every floor differing in shape from its neighbours above and below, yet the design in fact is highly efficient and regularised; floor plans for large sections of the towers are almost identical, with only variations in the shapes of the curving balconies."

Planters separate neighbouring balconies, ensuring that the green oasis extends to the very top of the design. 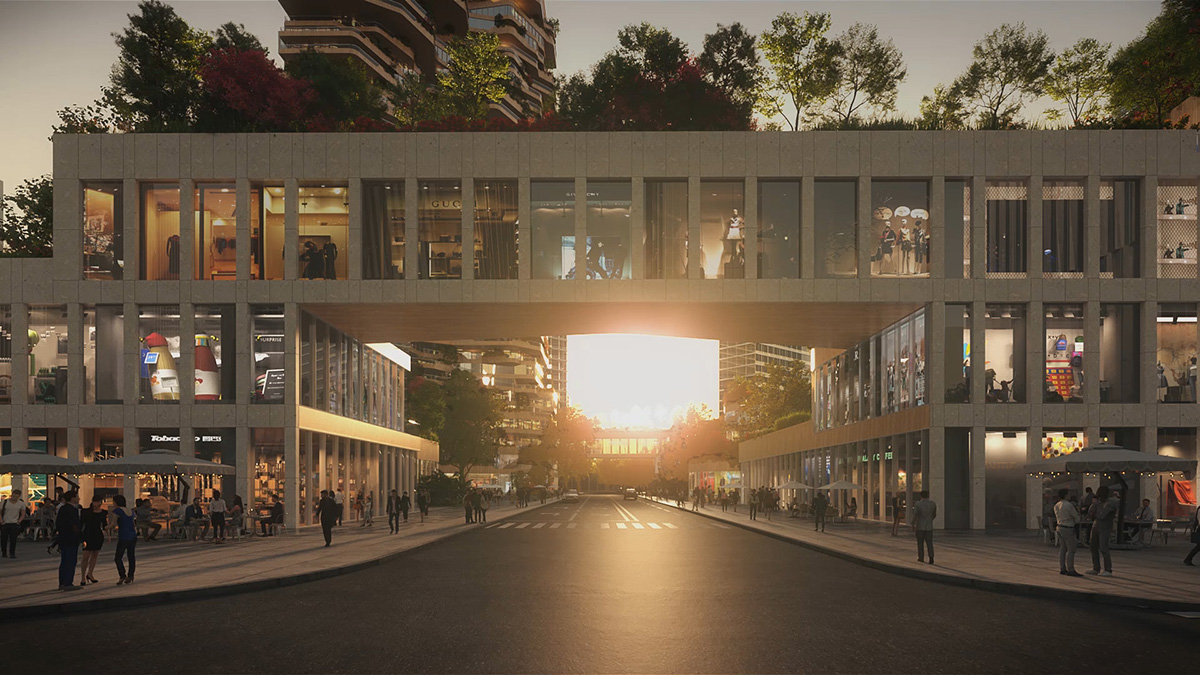 The project is commissioned by the Nanjing Jiangbei New District Financial Center Development Co. to occupy the neighbouring plots 18-34 and 18-35 in the Jiangbei Financial District Masterplan.

MVRDV is now working with the client in the design development phase. 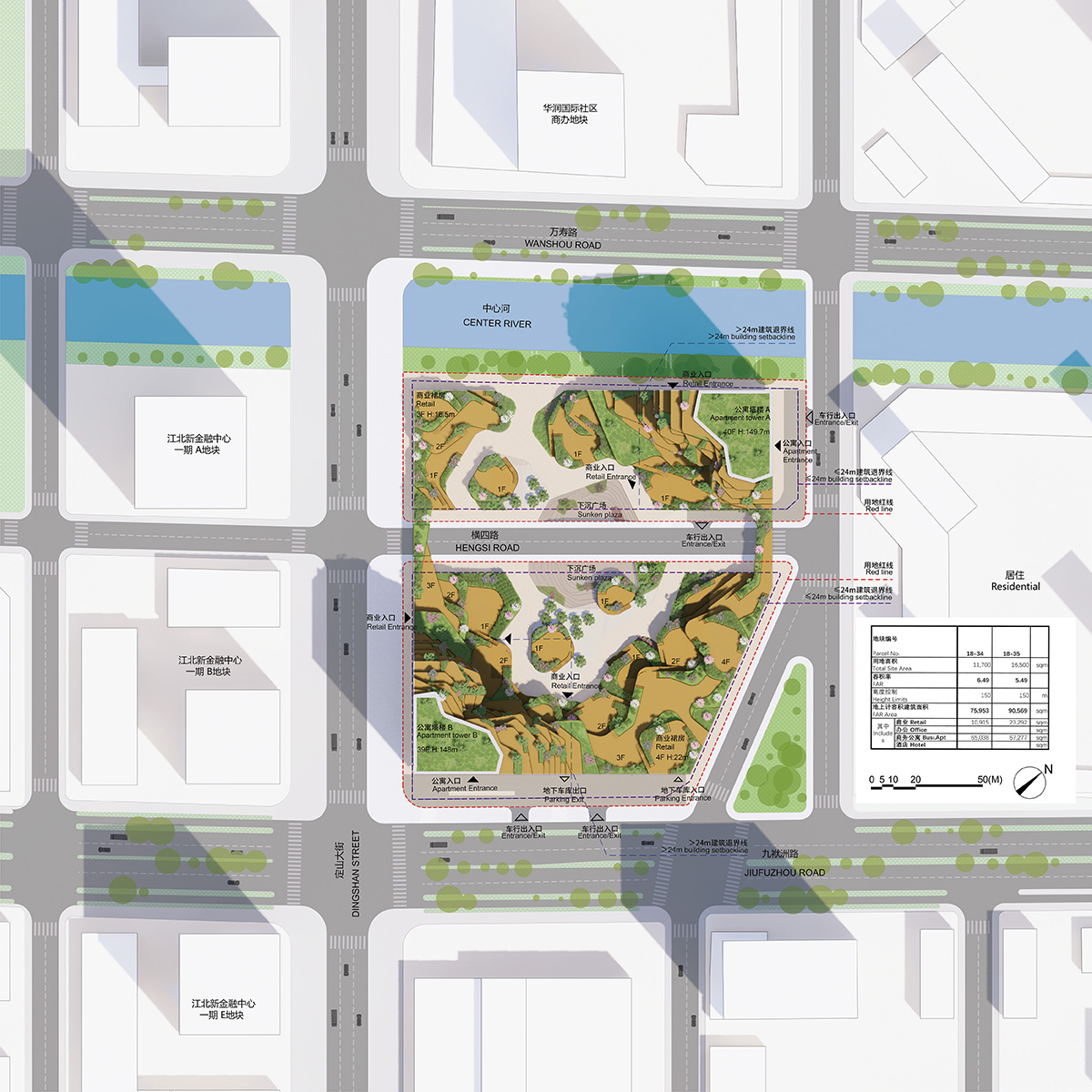 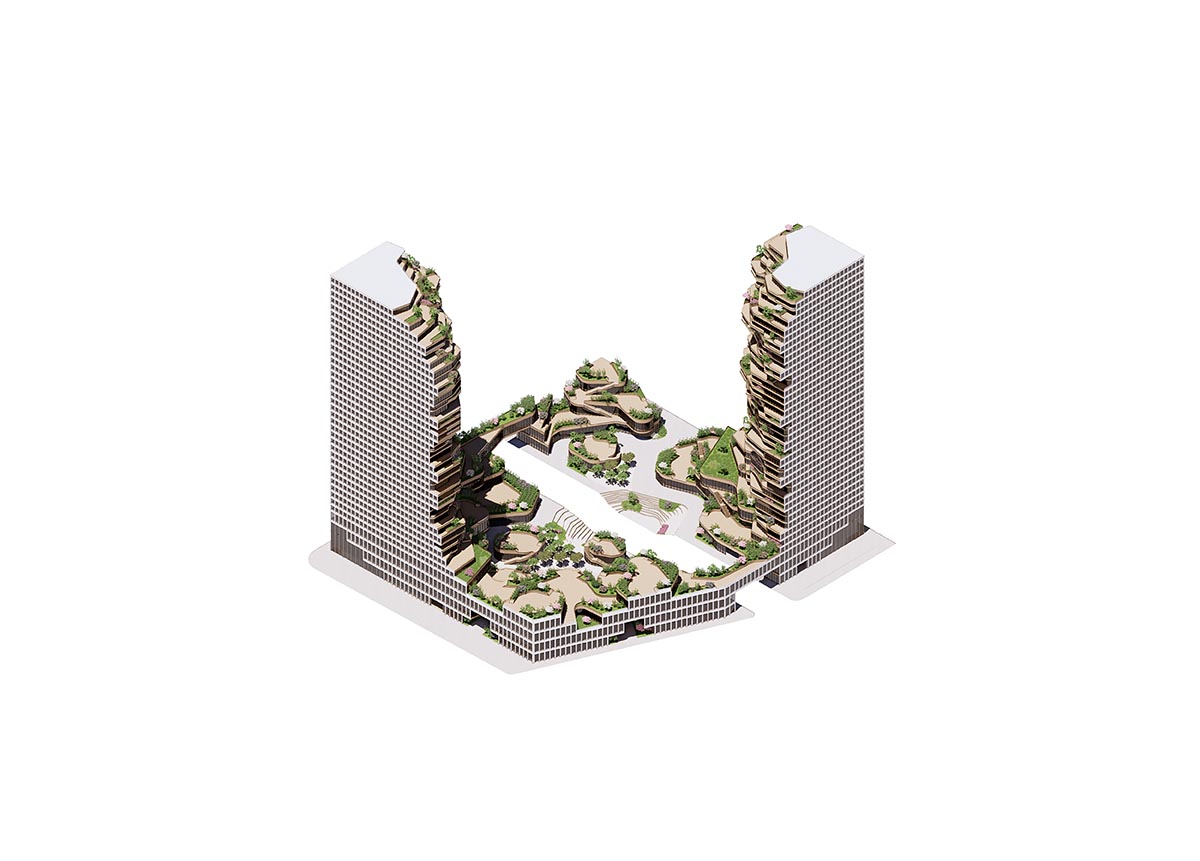 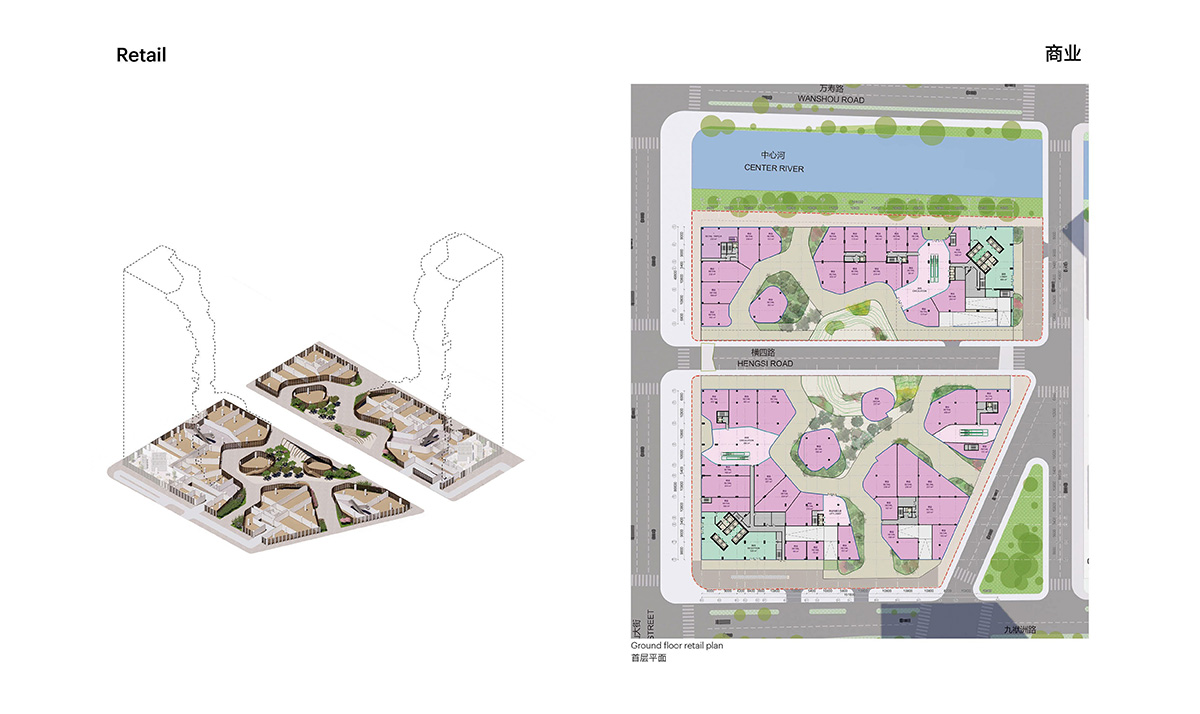 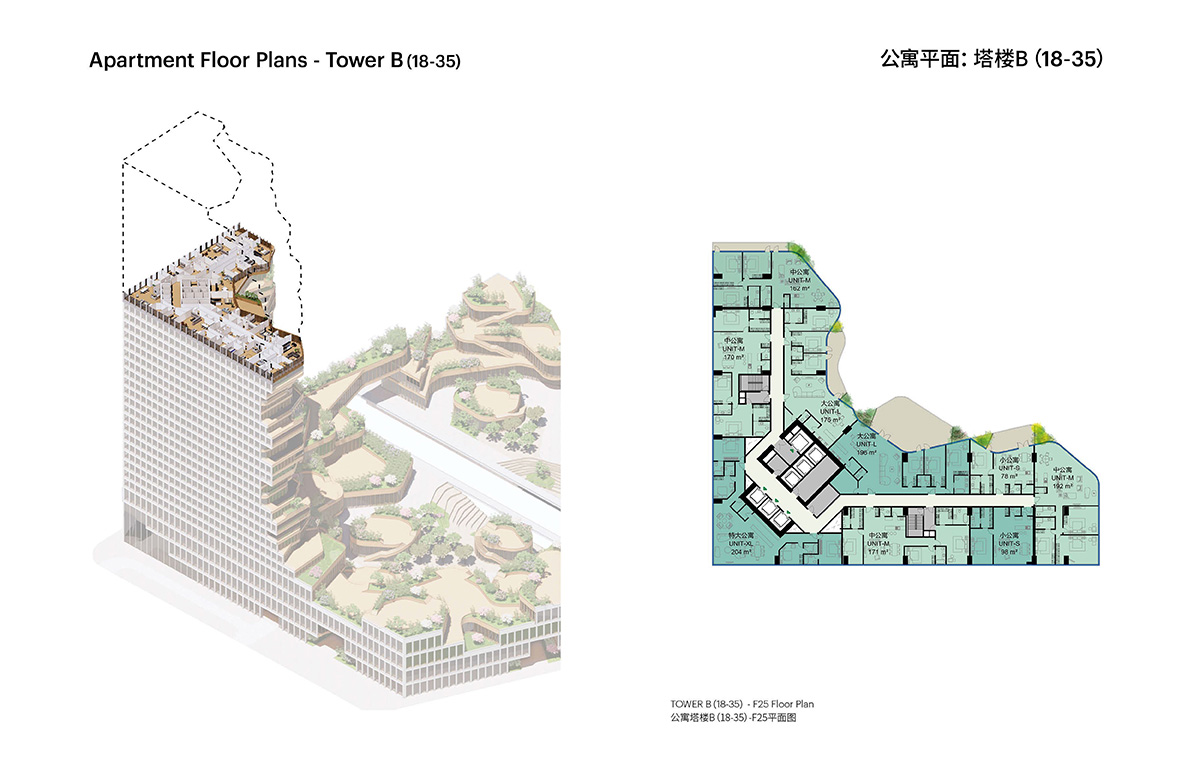 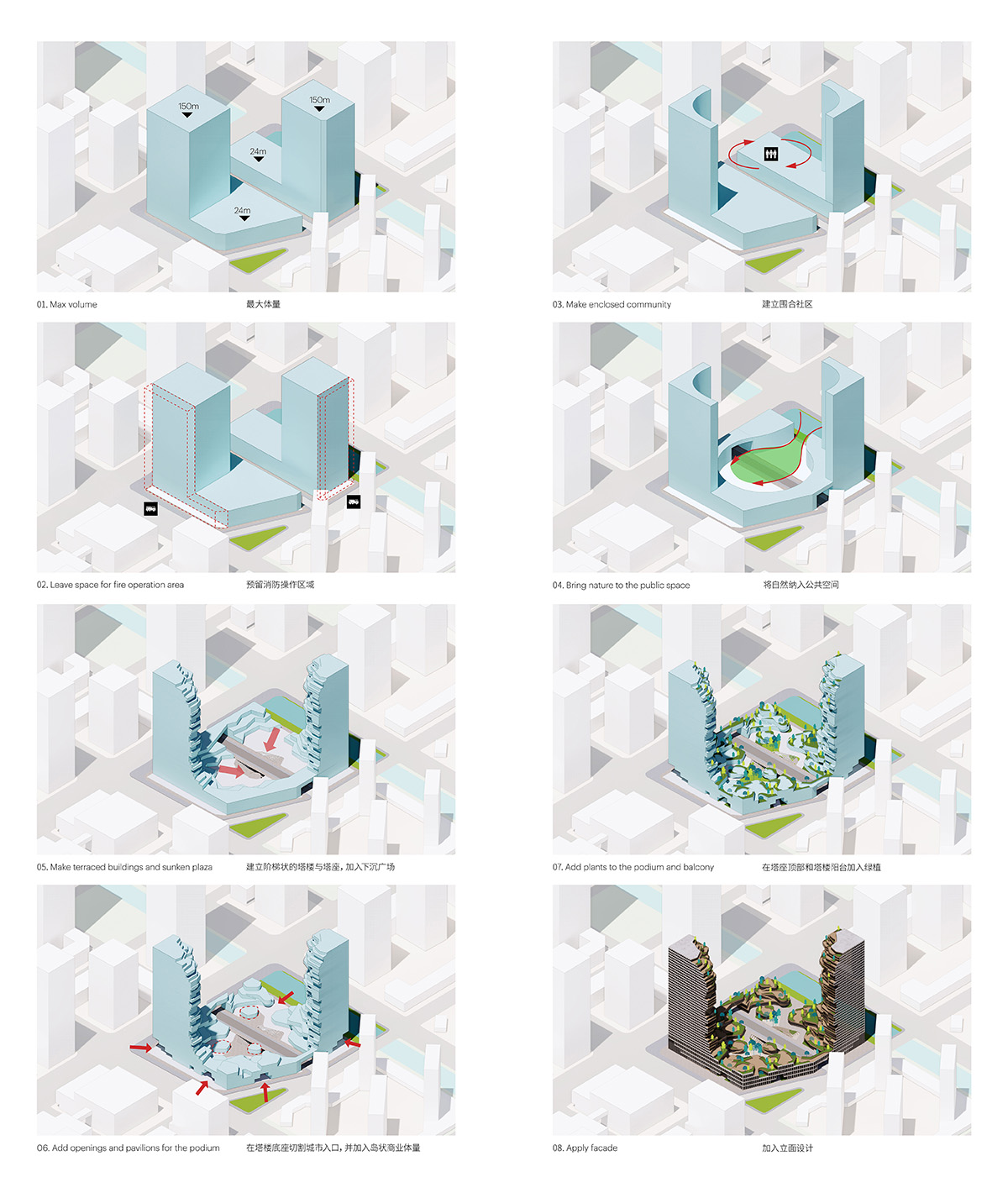 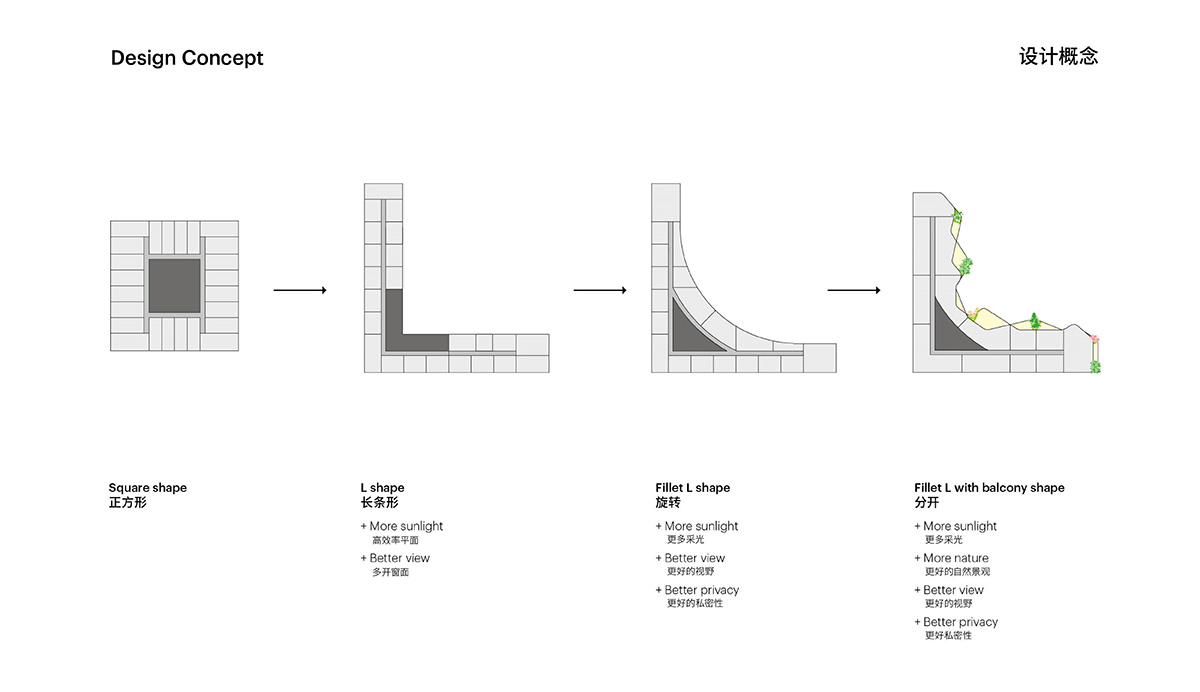 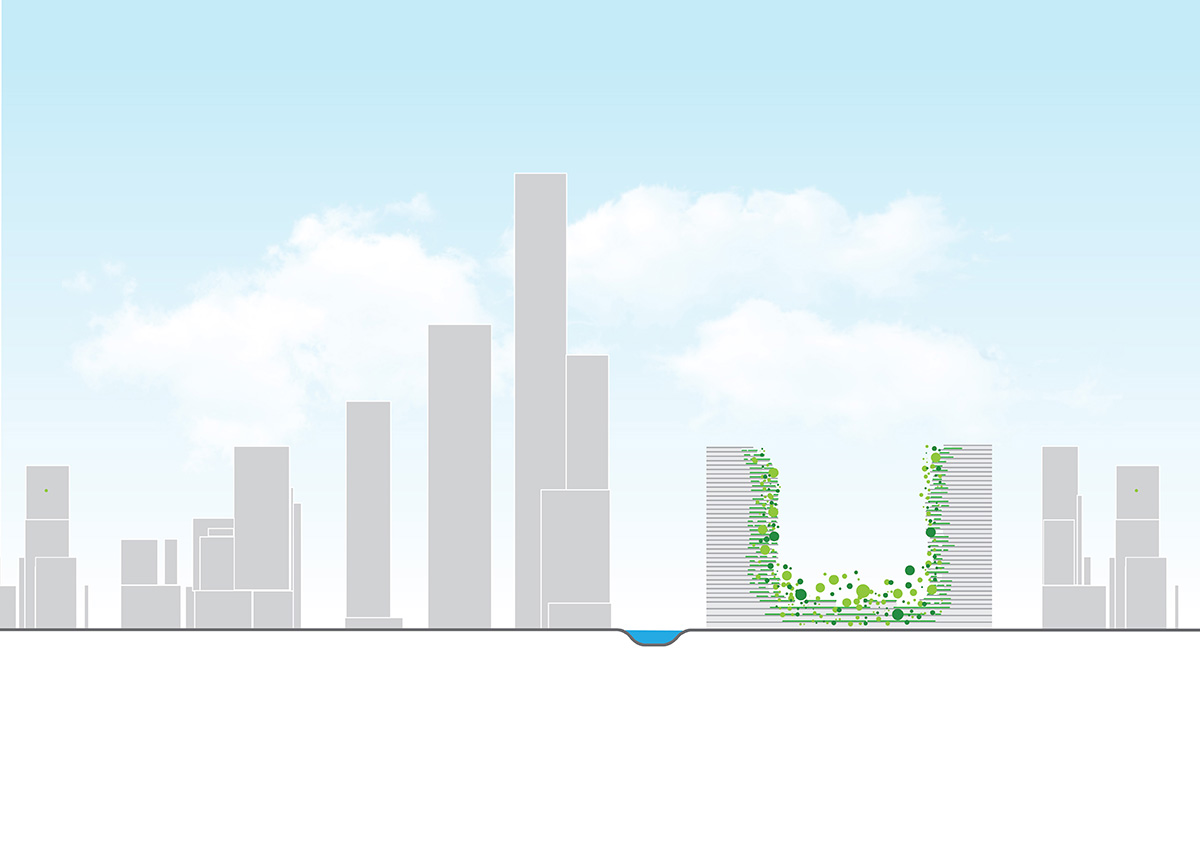 MVRDV was set up in 1993 in Rotterdam, the Netherlands by Winy Maas, Jacob van Rijs and Nathalie de Vries. MVRDV is world-renowned architecture and urban design practice providing solutions to contemporary architectural and urban issues.

The studio revealed design for a mixed-use tower in Albania.