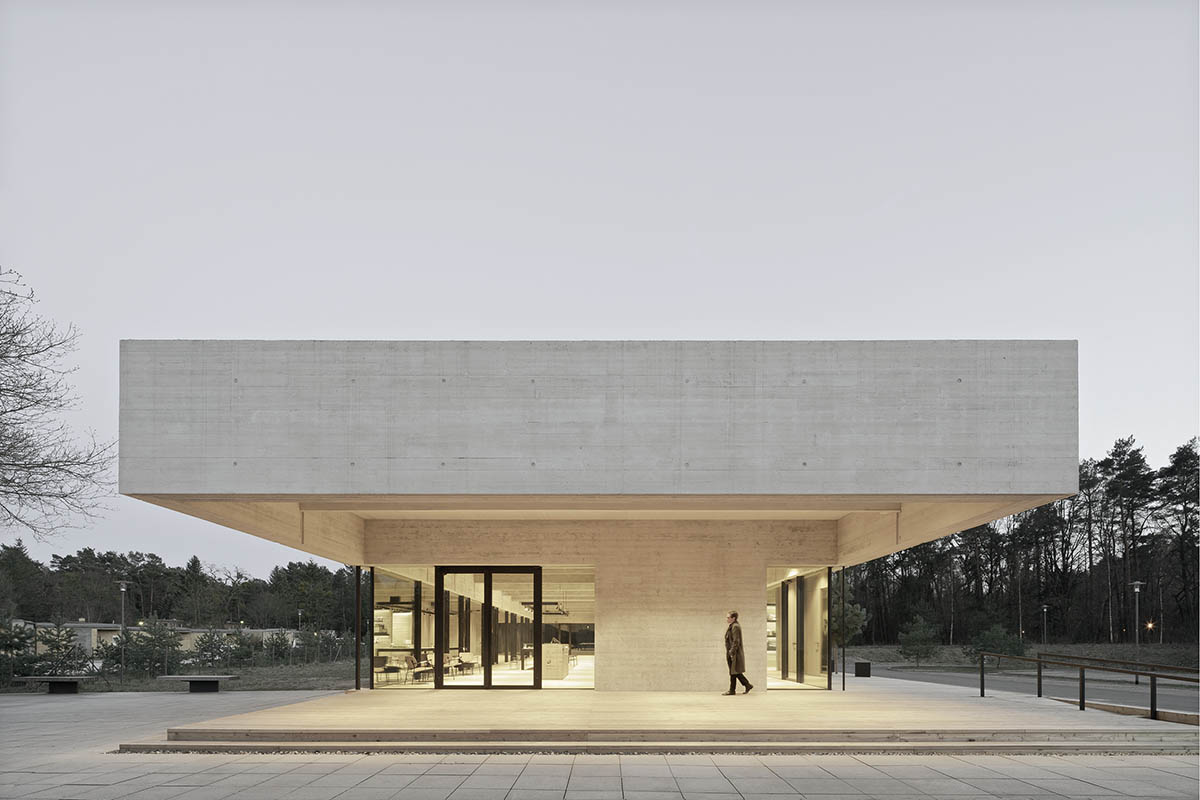 Named Visitor Centre Trade Union School, the 485-square-metre building was realized in order to attract more visitors and meet the growing number of visitors in the town of Bernau, after the Bauhaus Monument “Bundesschule Bernau” was inscribed on the UNESCO World Heritage List in summer 2017. 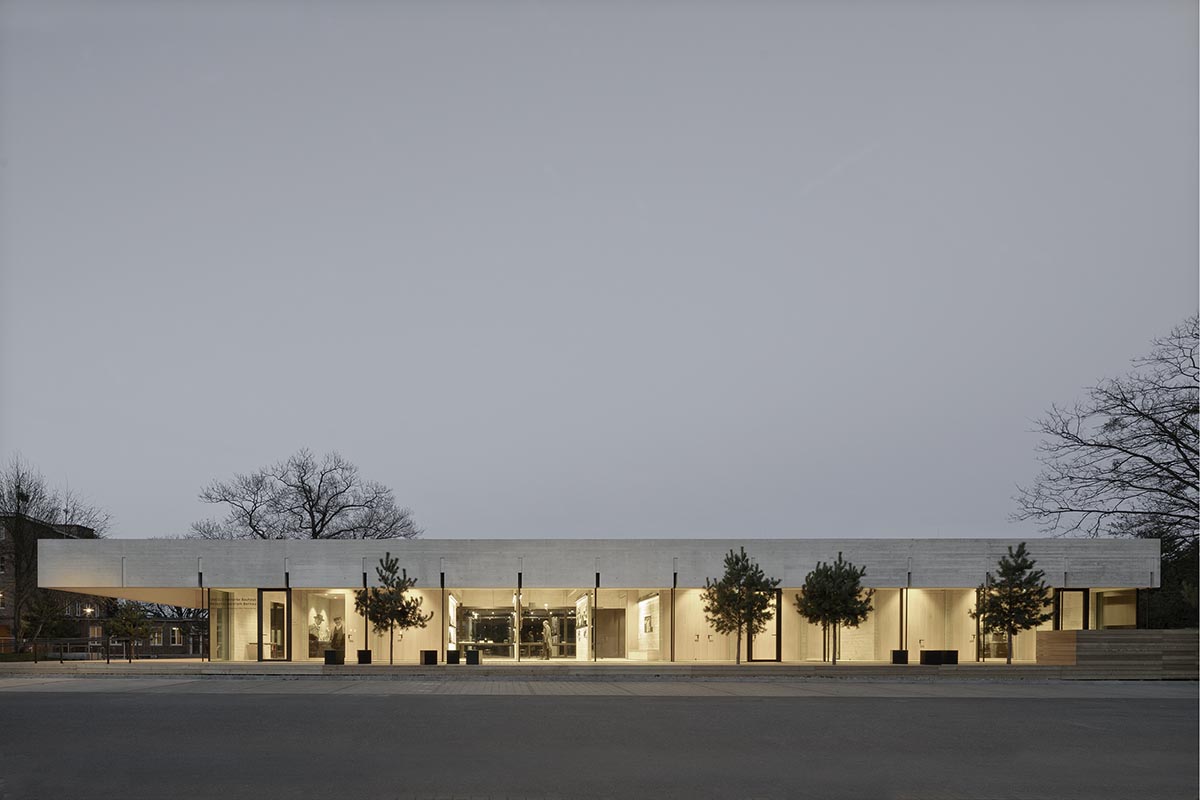 Following the designation as a World Heritage Site, the town of Bernau launched a competition to create a new visitor center next to the monument at the end of 2017.

As a winning design in the competition, Steimle Architekten's project was realized in February this year. 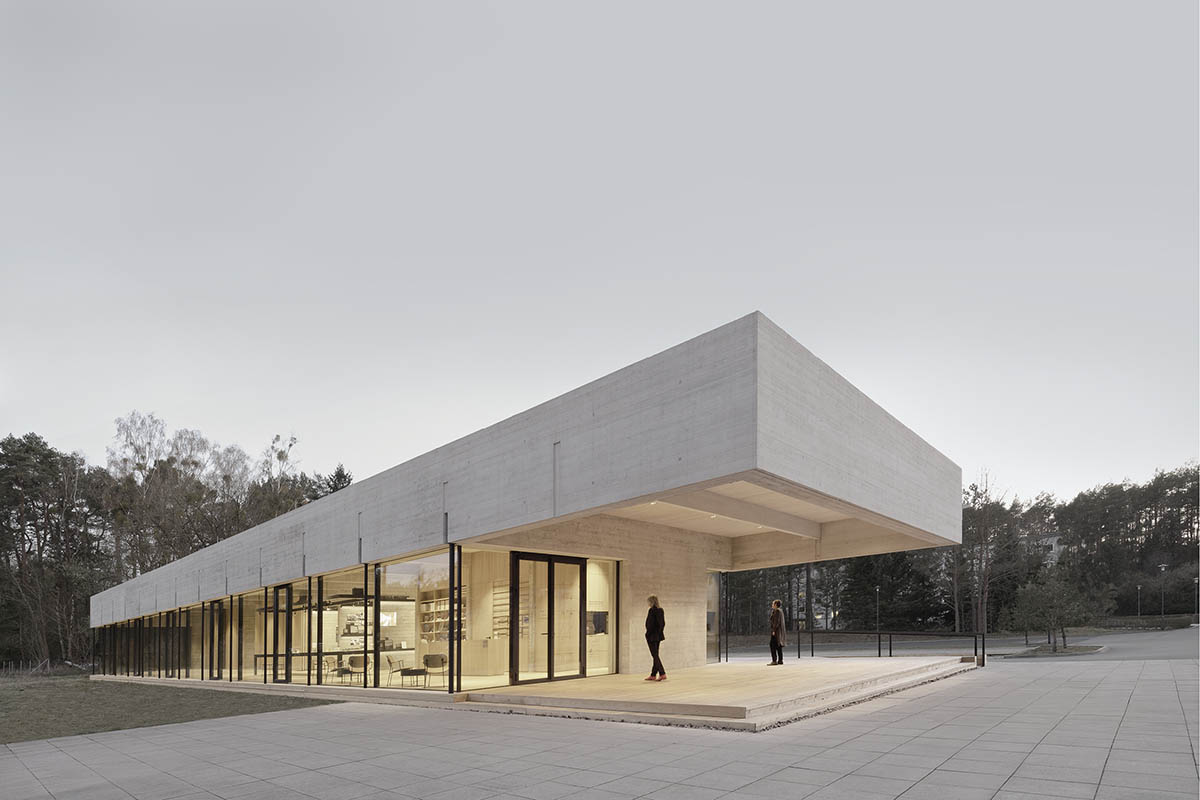 The single-storey building has a linear layout and wrapped floor-to-ceiling glazing to showcase exhibitions inside. All functional modules are hidden in concrete volumes, while some concrete wall separations act as display of objects.

"As an innovative and identity-creating building, the new visitor center should on the one hand be subordinate to the monument ensemble, but on the other hand, also assert itself as a high-quality urban architectural structure," said Steimle Architekten.

"It forms the prelude to an appropriate experience of the World Heritage Site and introduces visitors to the theme of this special place." 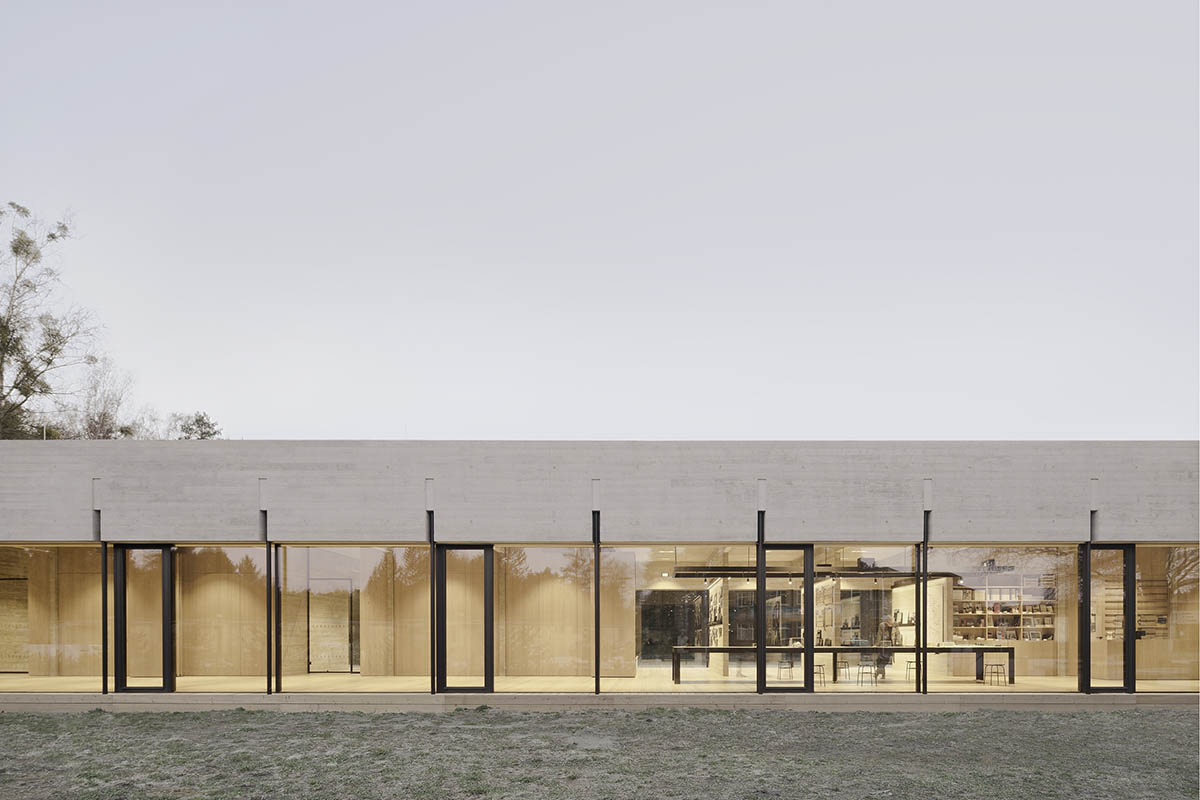 The building is integrated into the landscape of the pine forest in front of it, the building is described as "a pavilion" that provides a first view of the architectural monument, guided by the long-stemmed pines of the forest.

The studio enhances the spatial configuration based on a sequence of experiences, referencing to an analogy to the effects that Hannes Meyer called "psychological effects". These are "intended to emphasize the physically temporal dimension of the architecture," according to the studio. 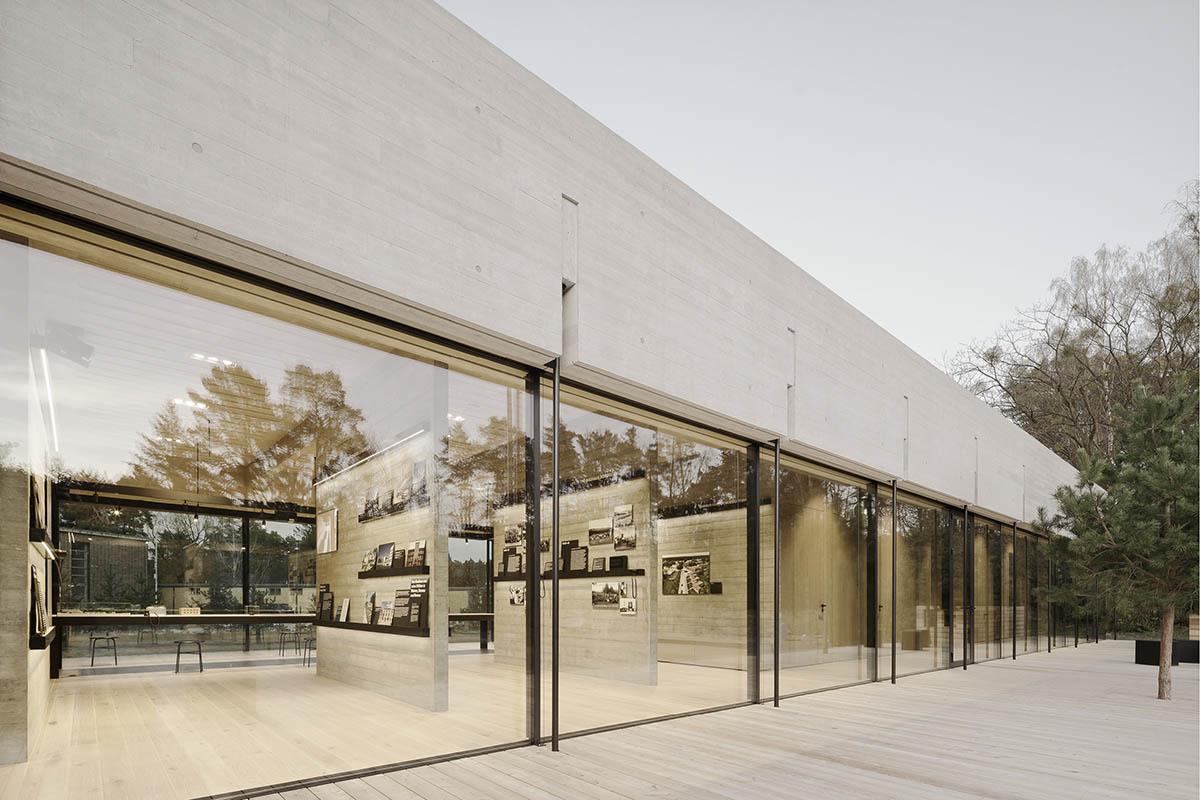 The architects conceive the building as a linear moment in the form of a simple stationary structure. The building is slightly elevated from the forest level and welcomes the visitor via a spacious reception terrace.

A massive cantilevered concrete canopy, acting like a "welcoming gesture", invites visitors to enter in. 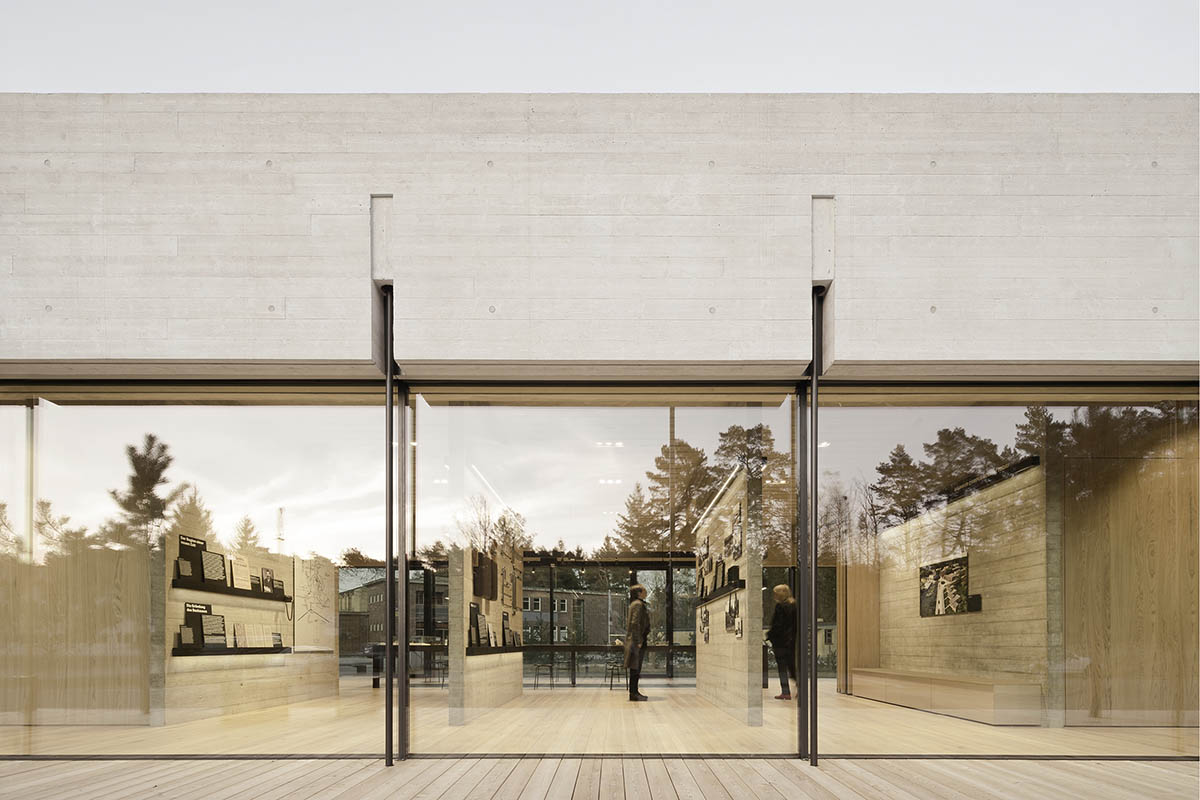 While the building is glazed almost on all sides, it provides sufficient space to experience the special atmosphere and to linger.

"At the same time, the building assumes its functions of welcoming and providing with an open flowing sequence of rooms," said the office.

"Towards the “Bundesschule” in the east, the large showroom, which occupies the entire length of the building, can be divided completely flexibly and, with its open façade, is in constant visual contact with the listed building." 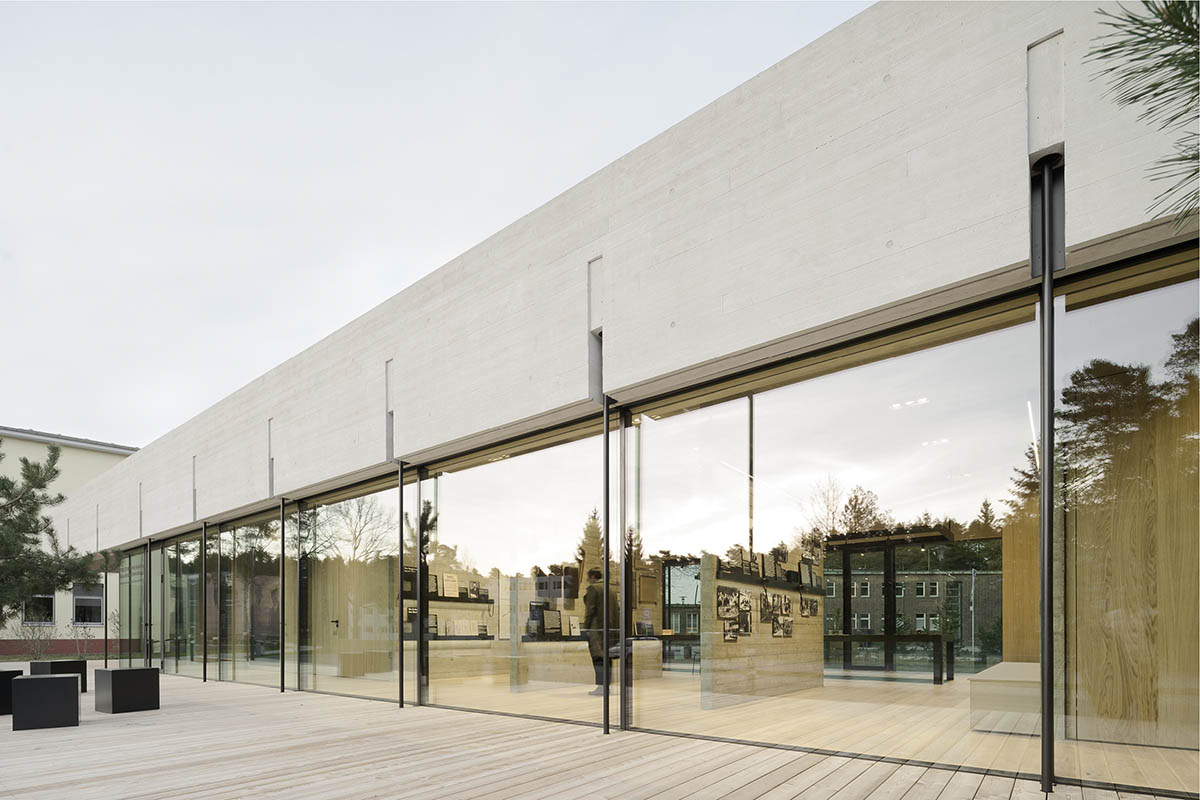 The studio designs ancillary rooms as a sequence of rooms to the west toward the parking areas.

Steimle Architekten prefers to devise a specific design language that is inspired and reflected by the graphic systems and technical equipment of the Trade Union School and achieves an independent aesthetic by following its function. 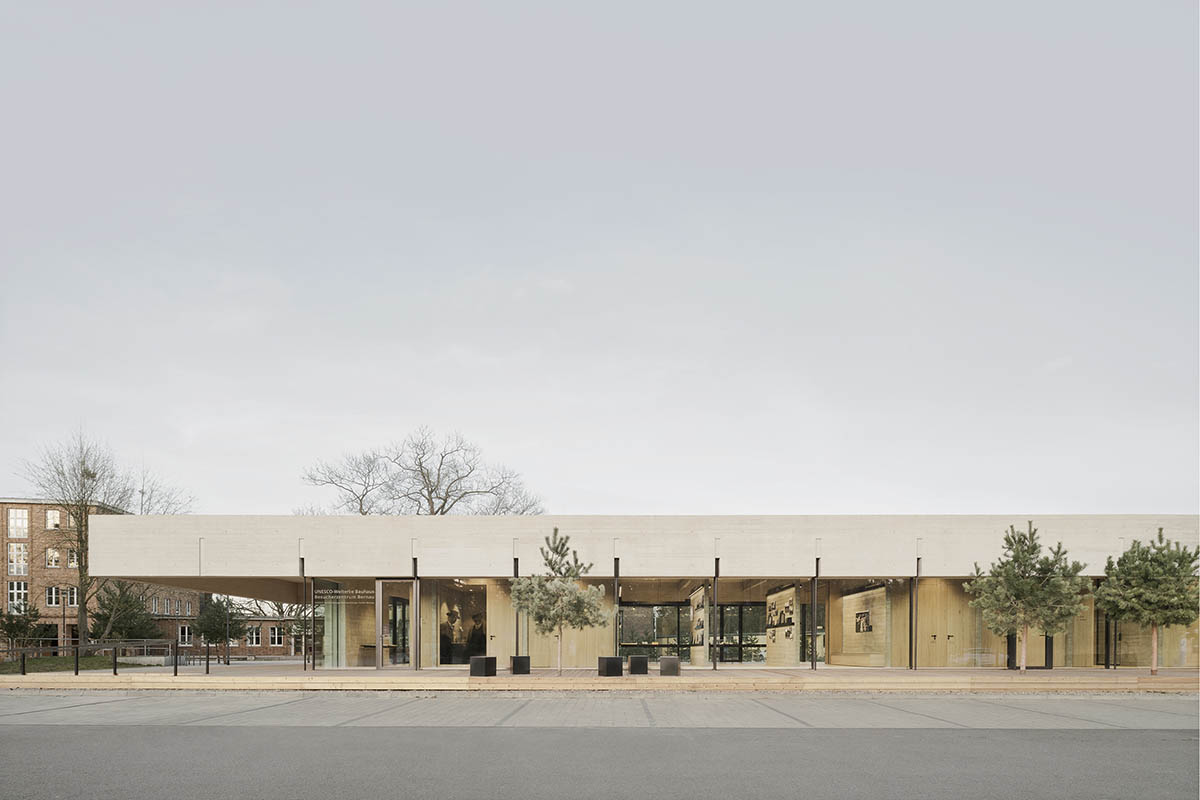 The roof of the building, which marks the building from afar, appears heavy due to the materiality of the insulating concrete, while paradoxically seems to float above the building.

Barely perceptible filigree round steel supports in front of the glass façade, which is embedded in the circumferential roof edge at the upper support, and the wall panels of the ancillary rooms contribute decisively to this static balancing act. 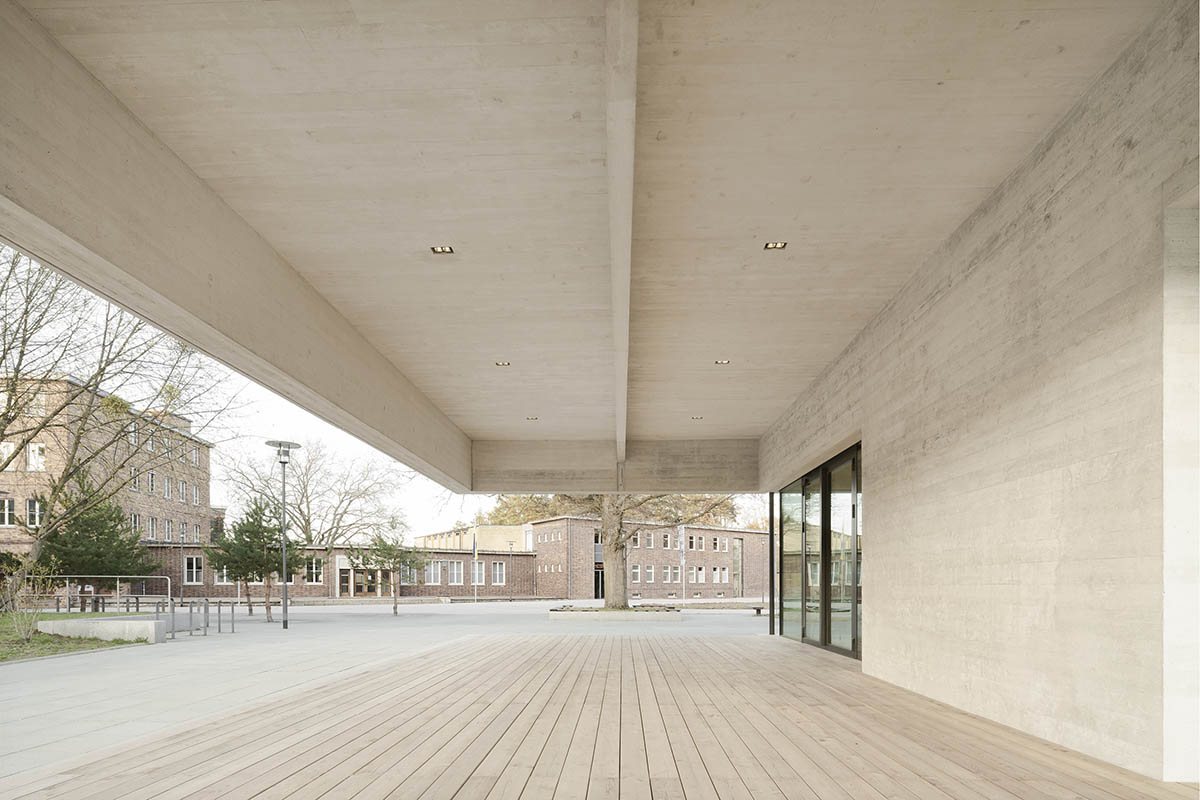 The implementation of this construction system as well as the exact execution of the shell with the horizontal formwork pattern of the rough-sawn boards give the building its special and independent character. 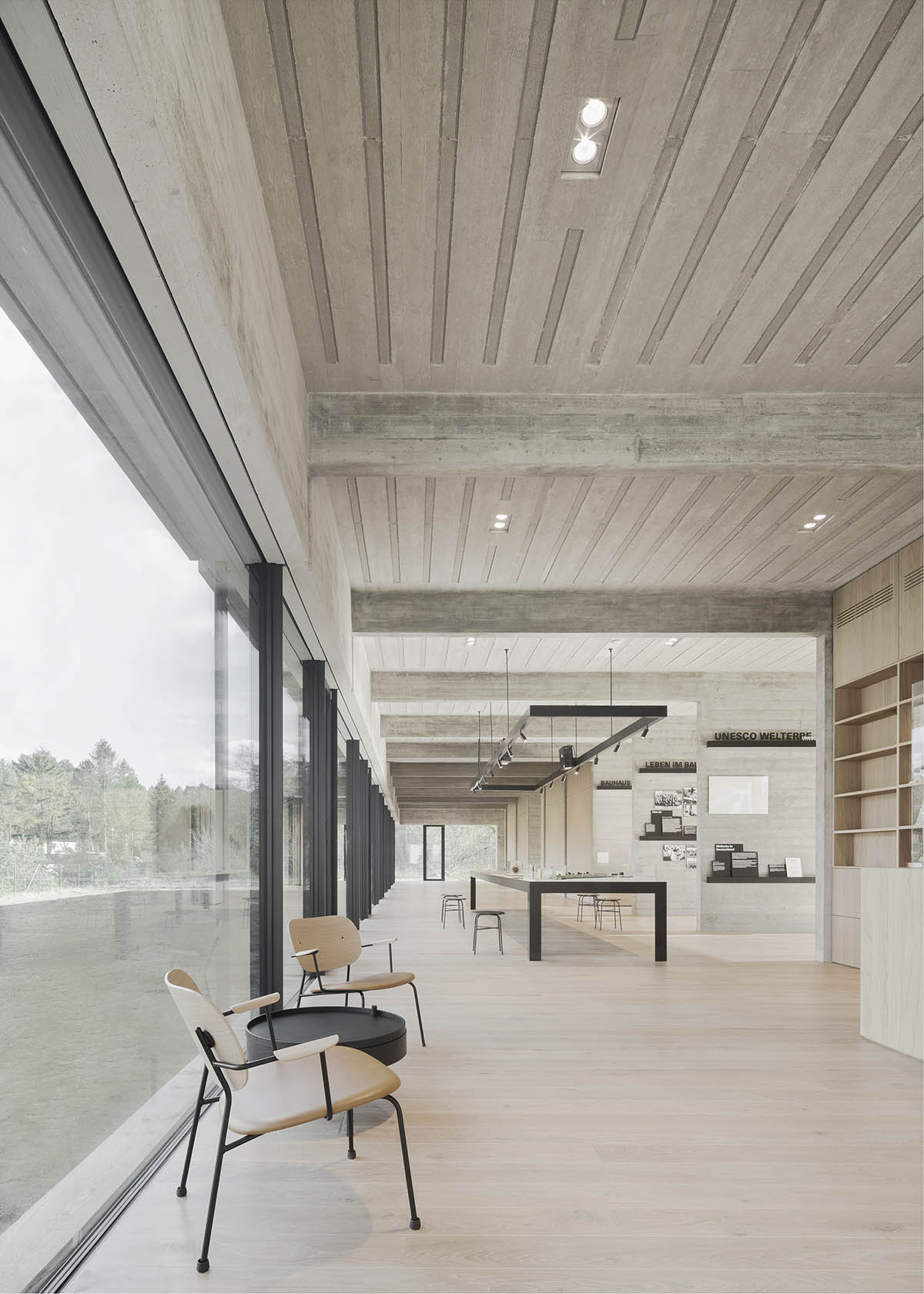 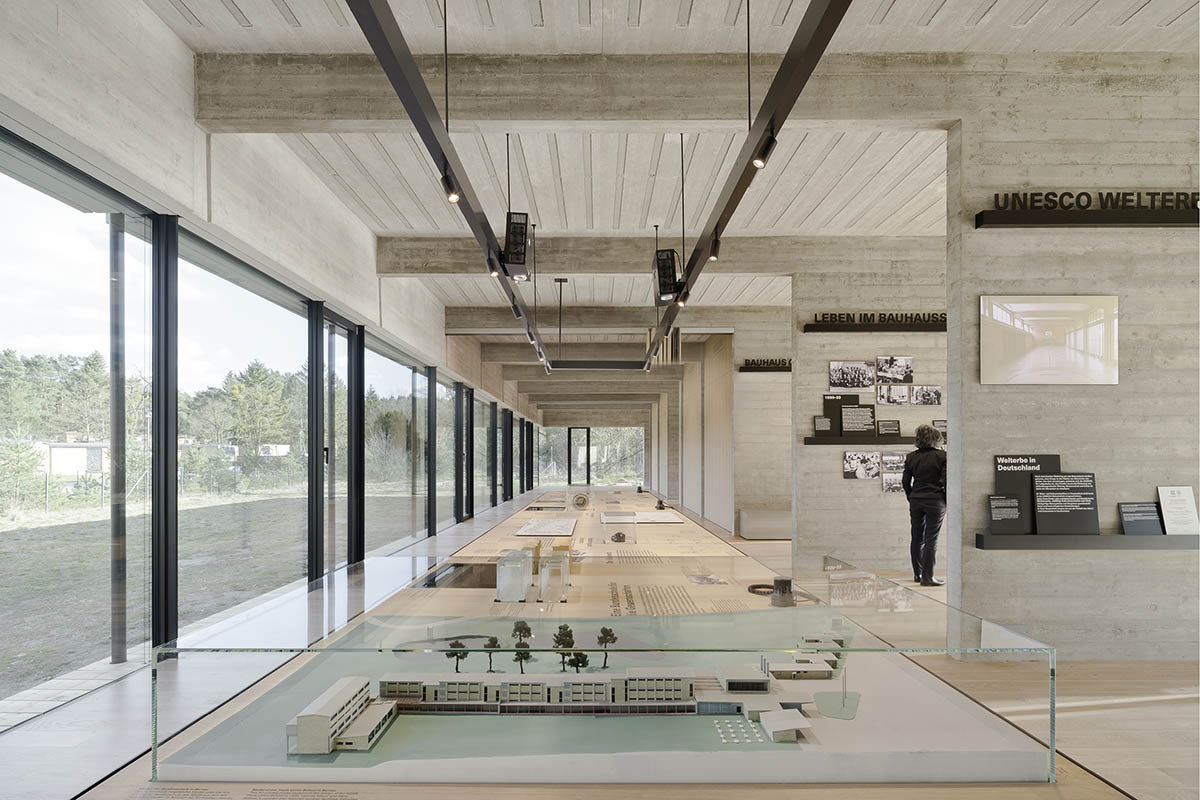 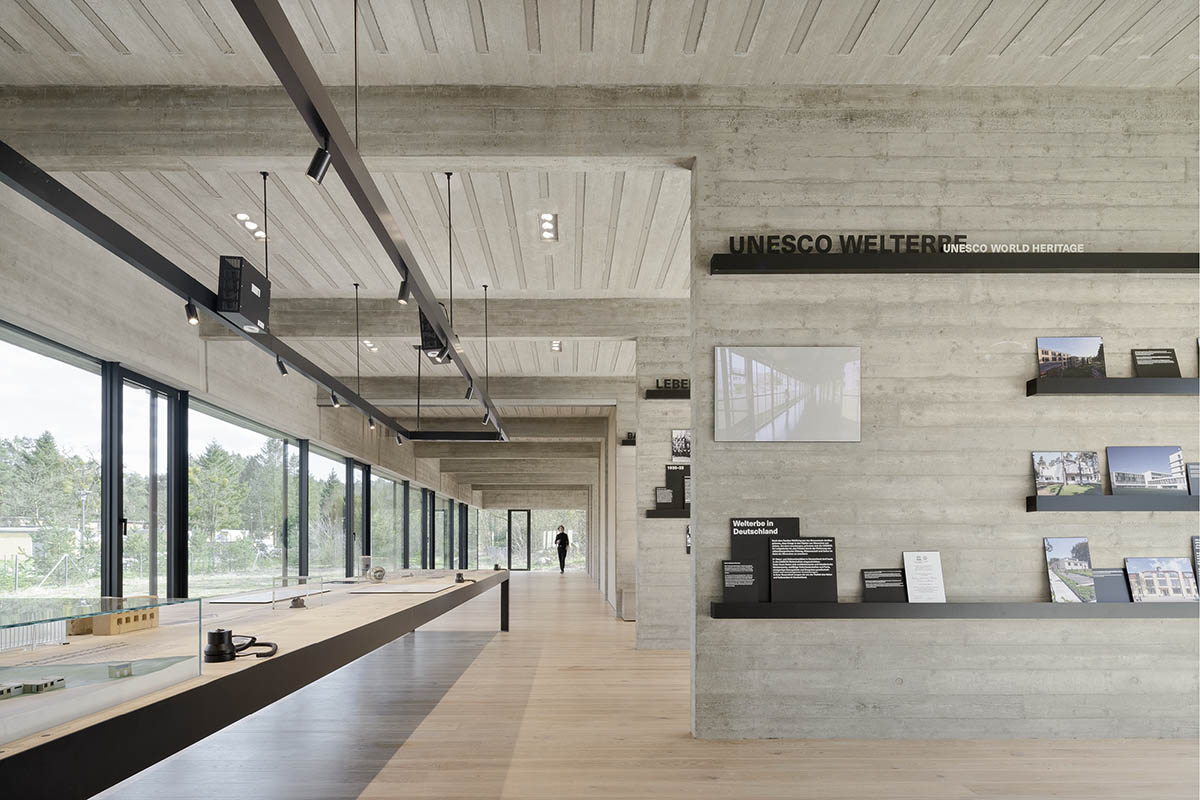 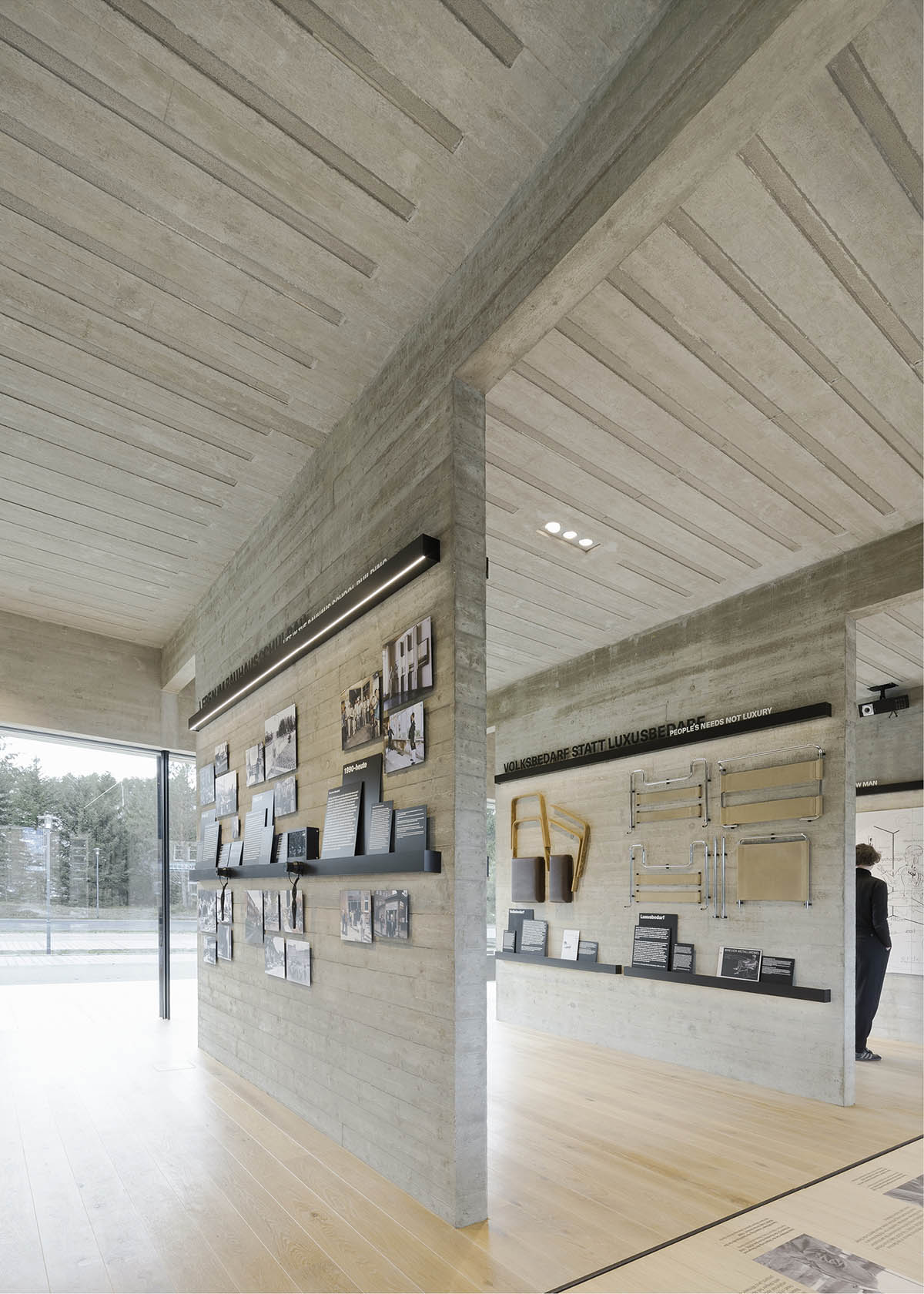 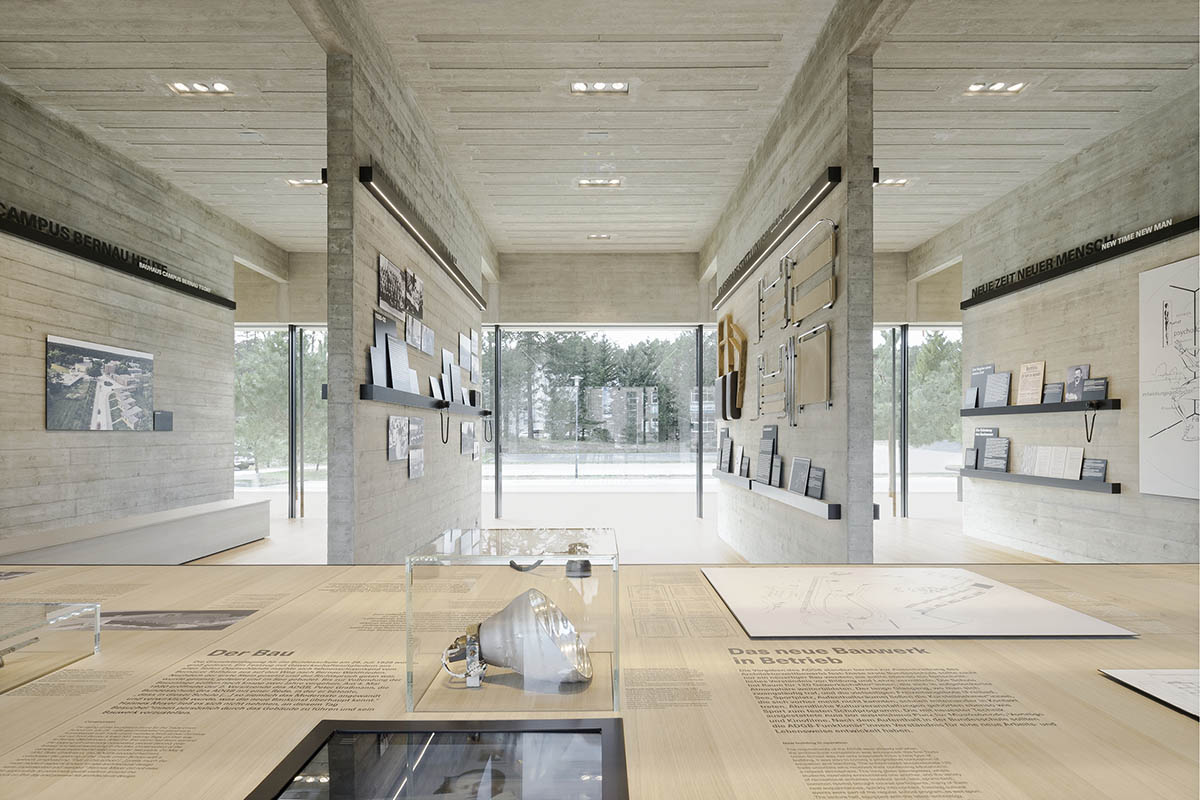 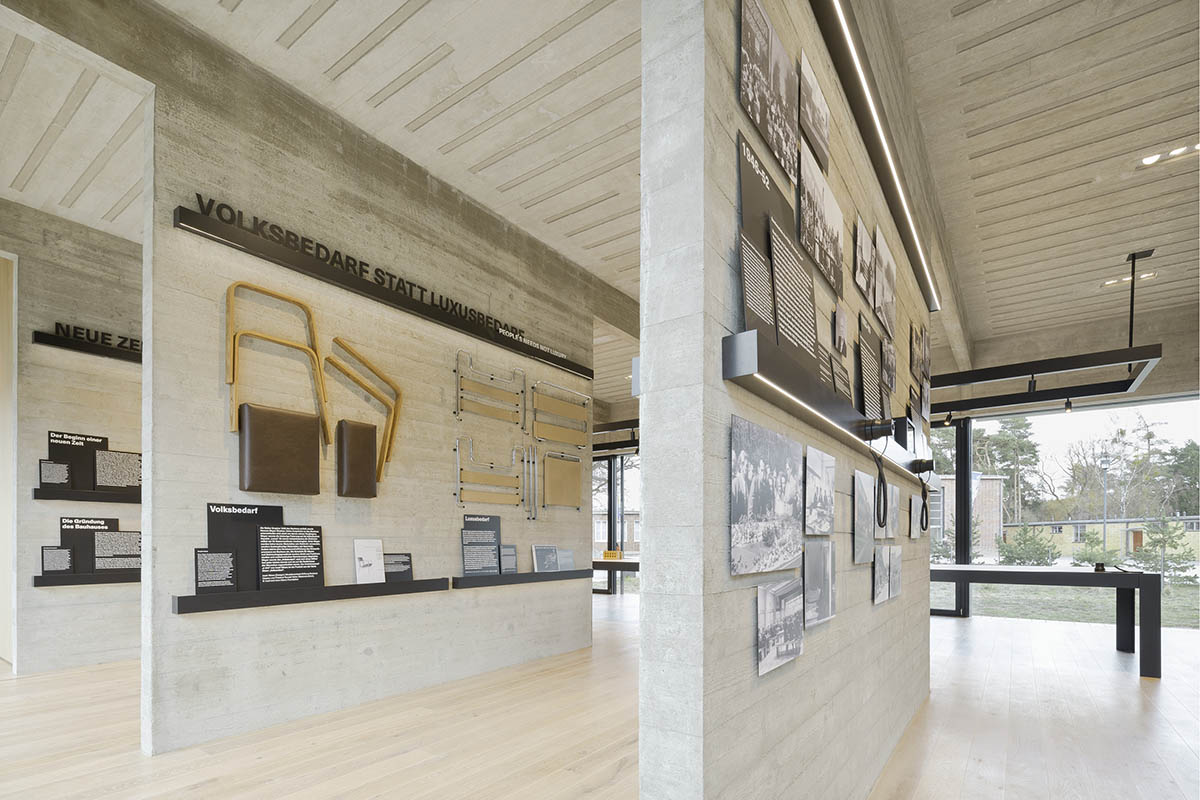 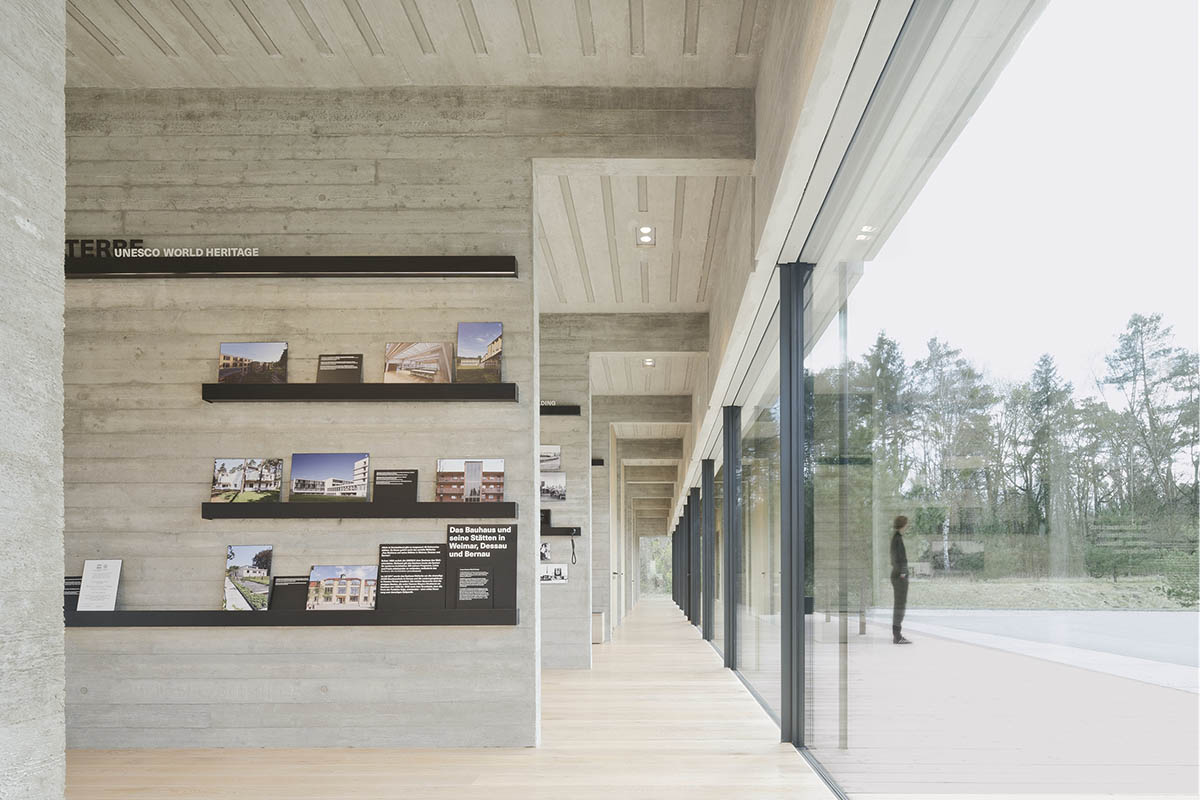 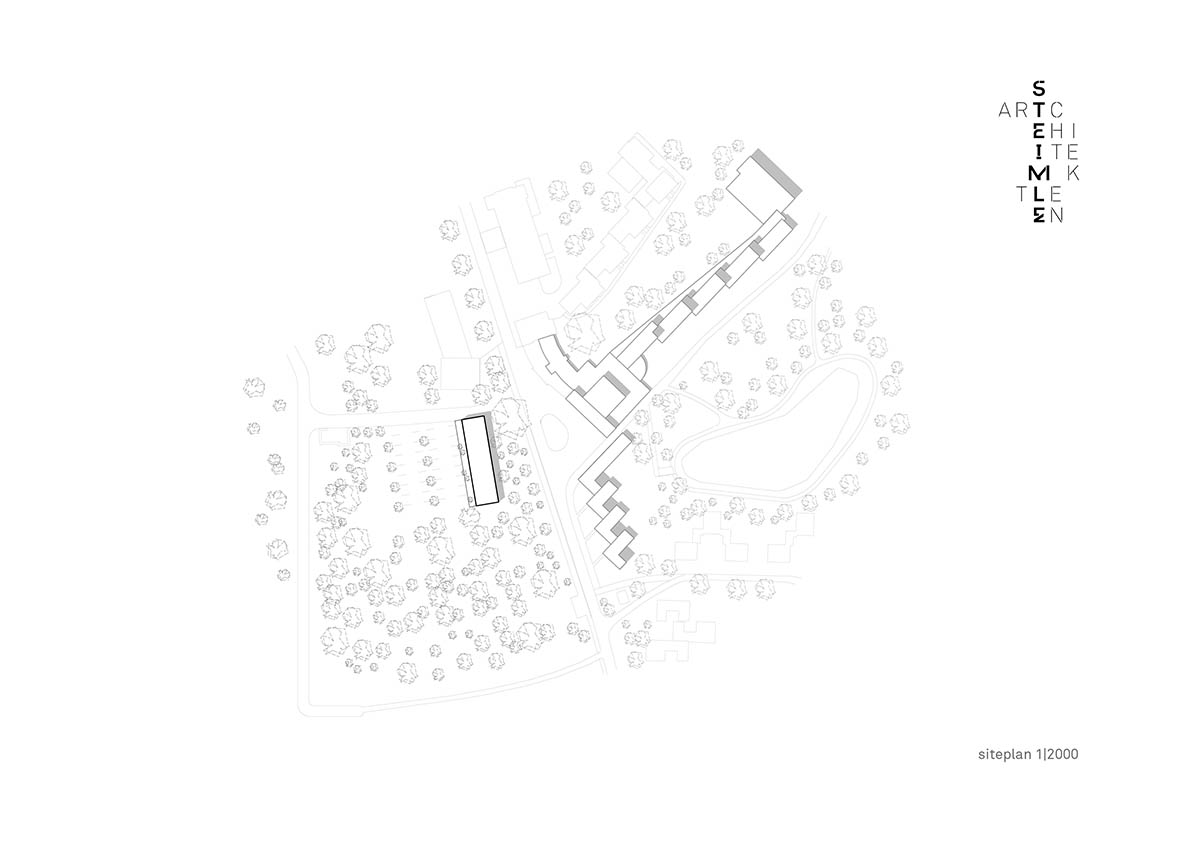 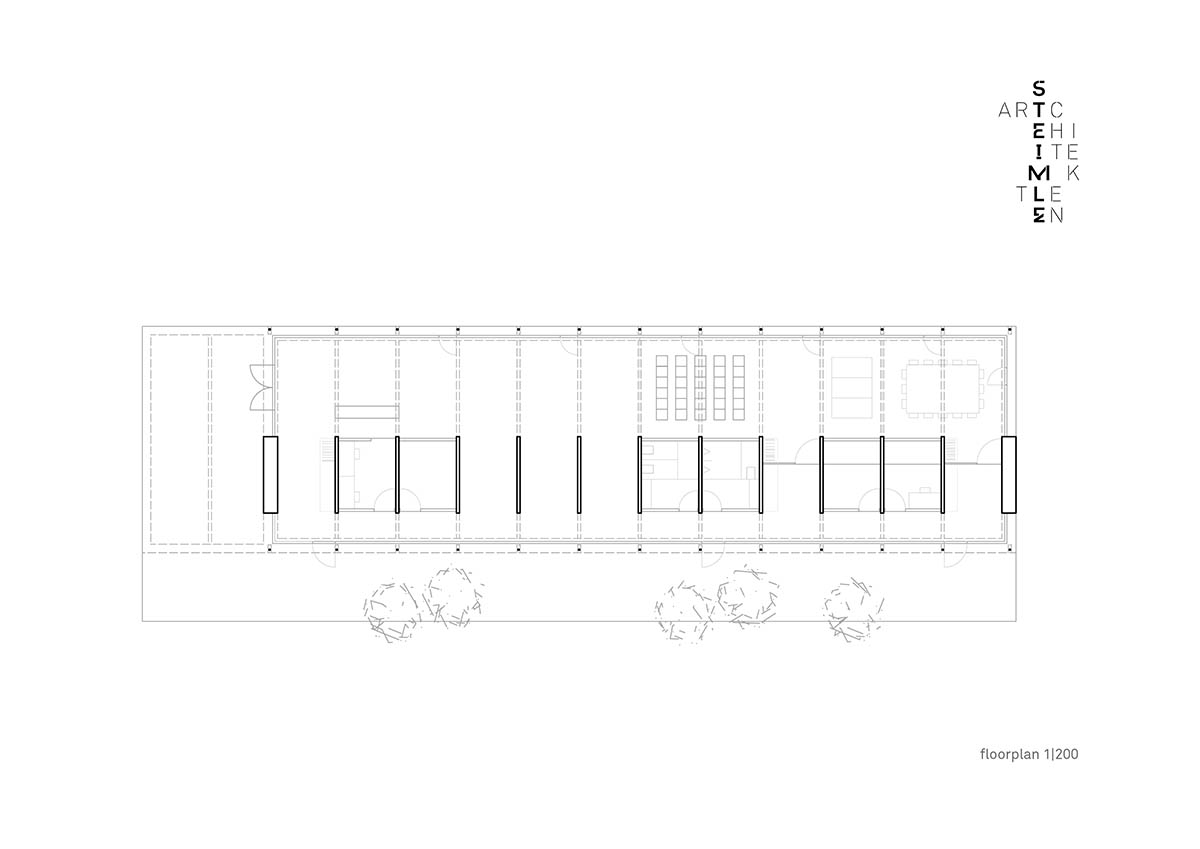 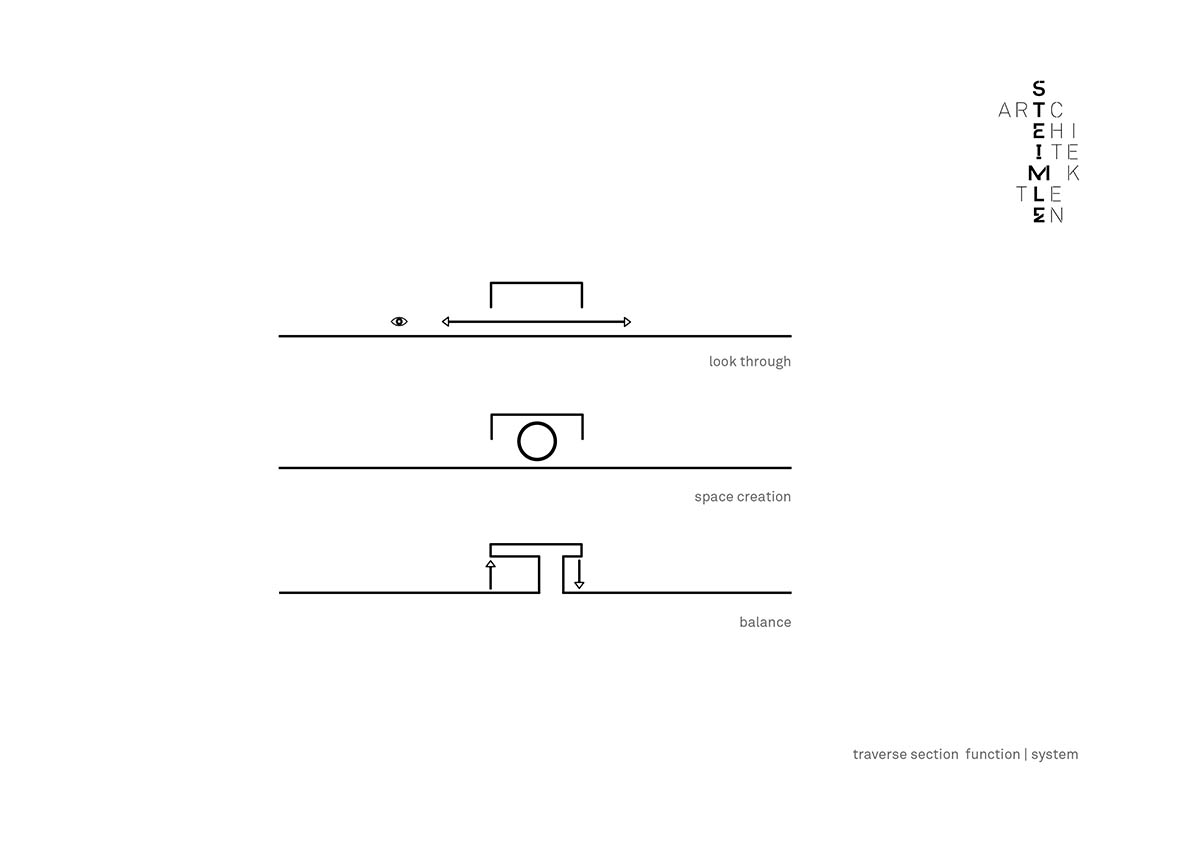 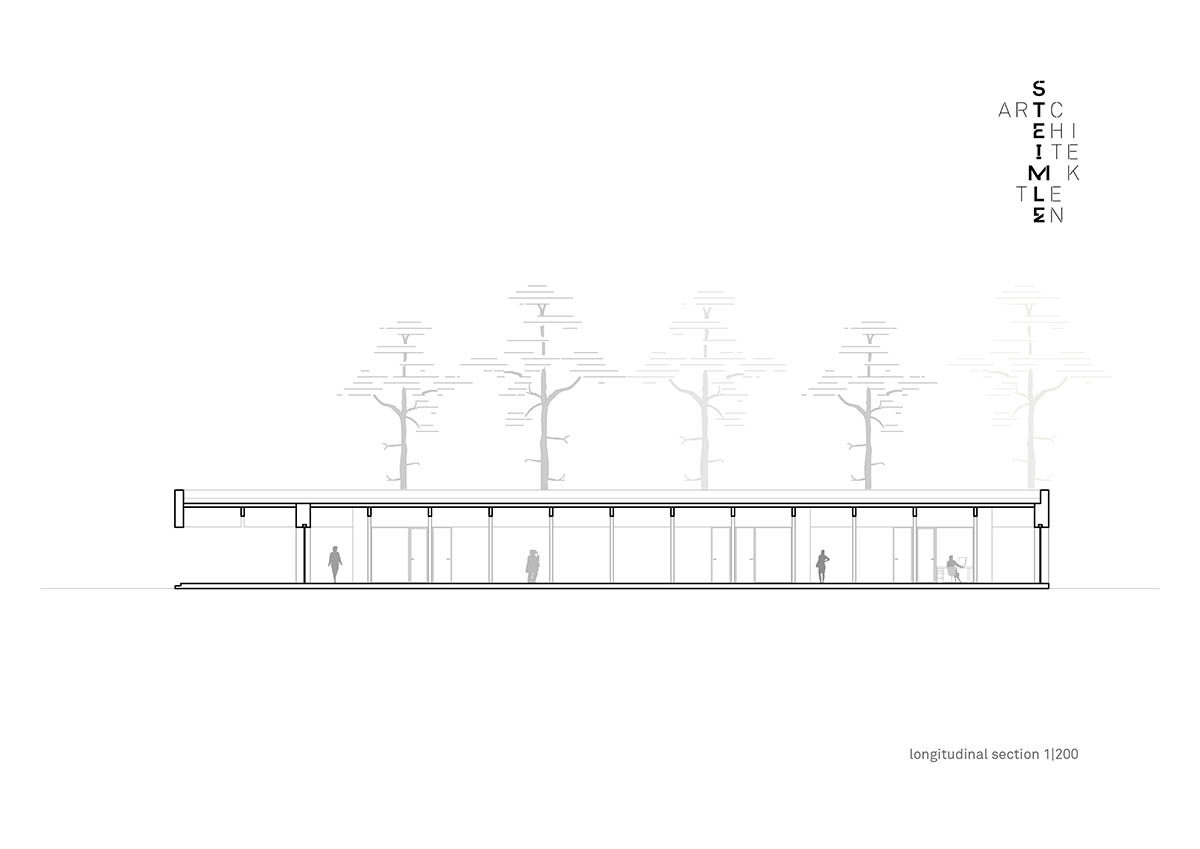 Client: Municipality of Bernau by Berlin