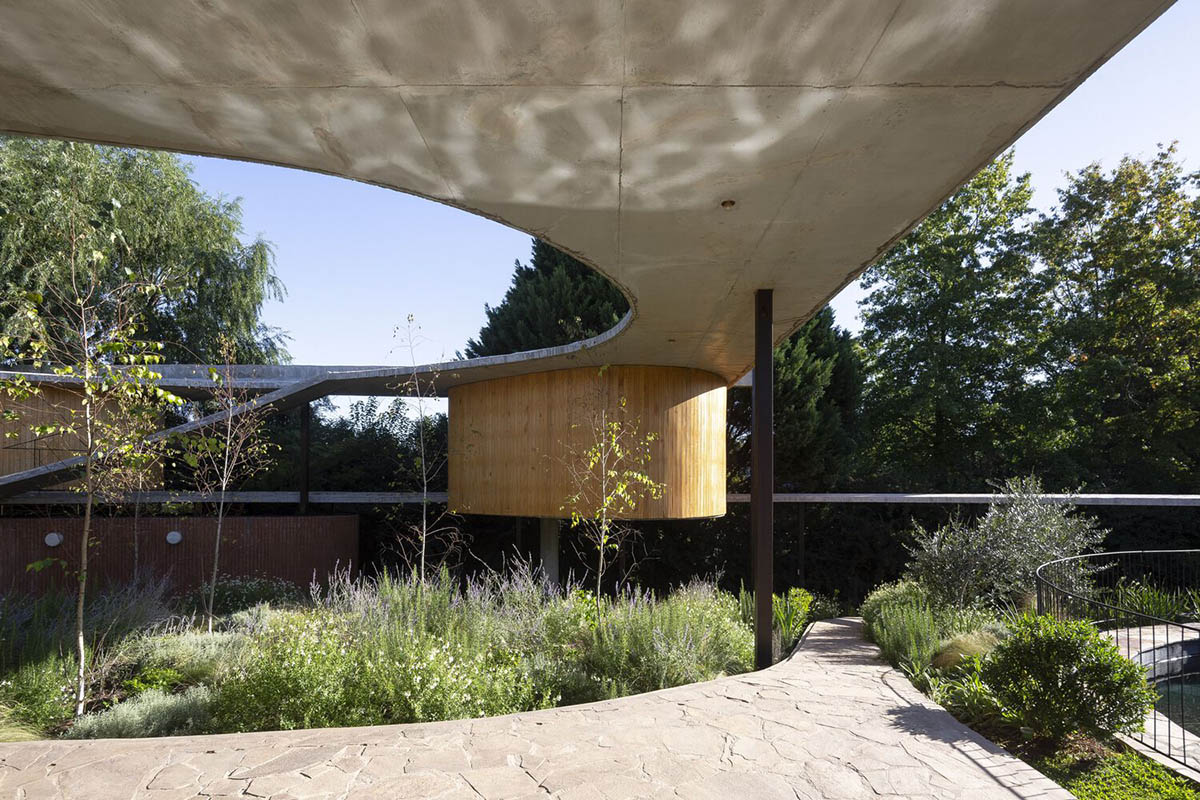 Argentinean architecture practice Estudio Fernandez Renati has designed a private house featuring a slender and curvaceous canopy in a forest in Ituzaingó, Argentina.

Named Rita House, the 692-square-metre house is nestled in a lush forest and shaped according to the existing properties of the topography.

The house was realized as part of the second of a series of organic houses, such as Chloé, Borja, and Filippa.

The studio has followed the same principles in all houses, "to develop an exercise that lies in materializing and repeating a set of project operations that in the studio we call "Housing Manifesto"."

According to the studio, some design elements have played important role in design, such as providing an internal courtyard, crossed lighting and ventilation, developing spatial relations, railing furniture, using indigenous materials, providing architectural guidance and accessing to the roof. 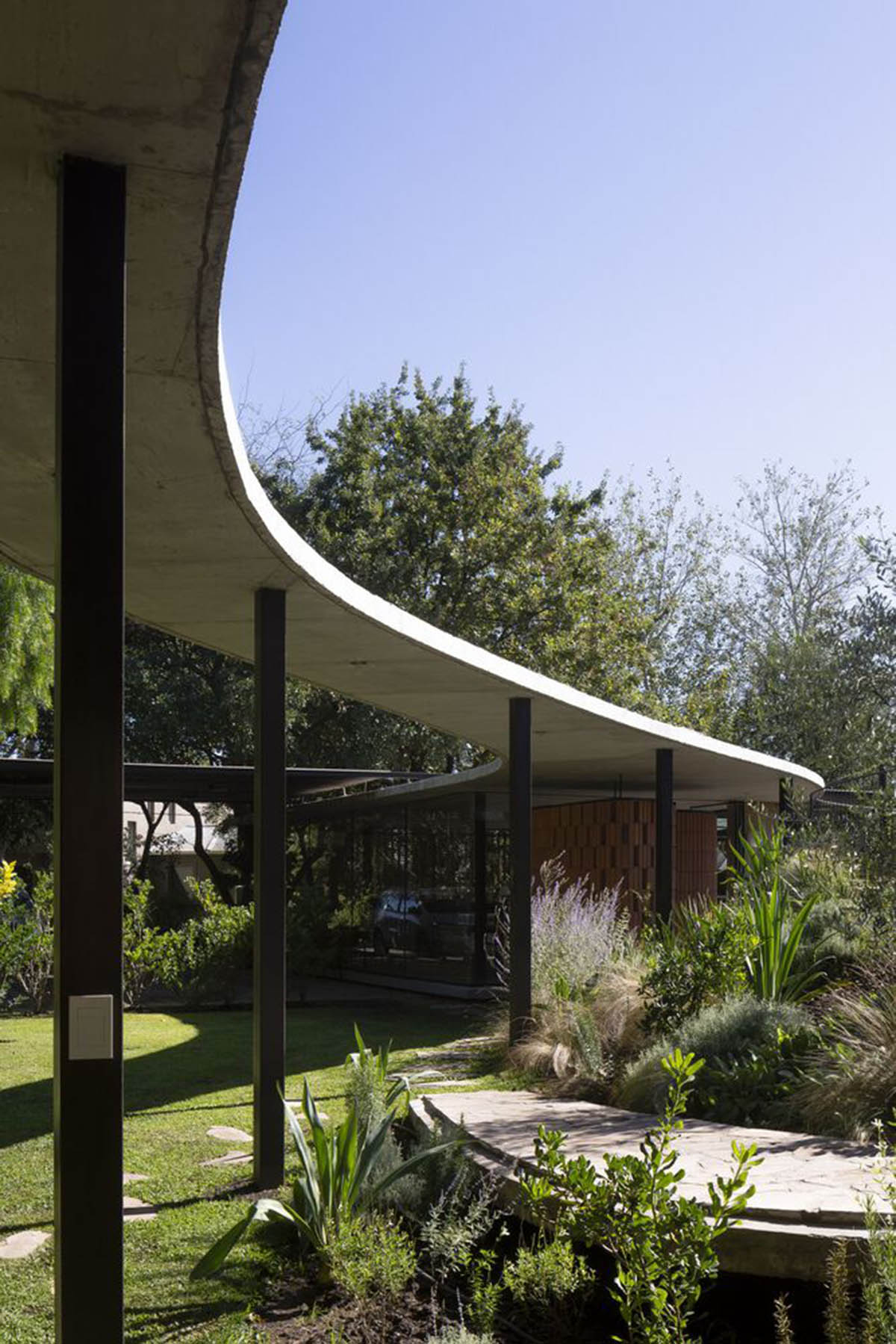 The house is situated on a 2,500-square-metre land and is located in a private condominium on the outskirts of Buenos Aires. 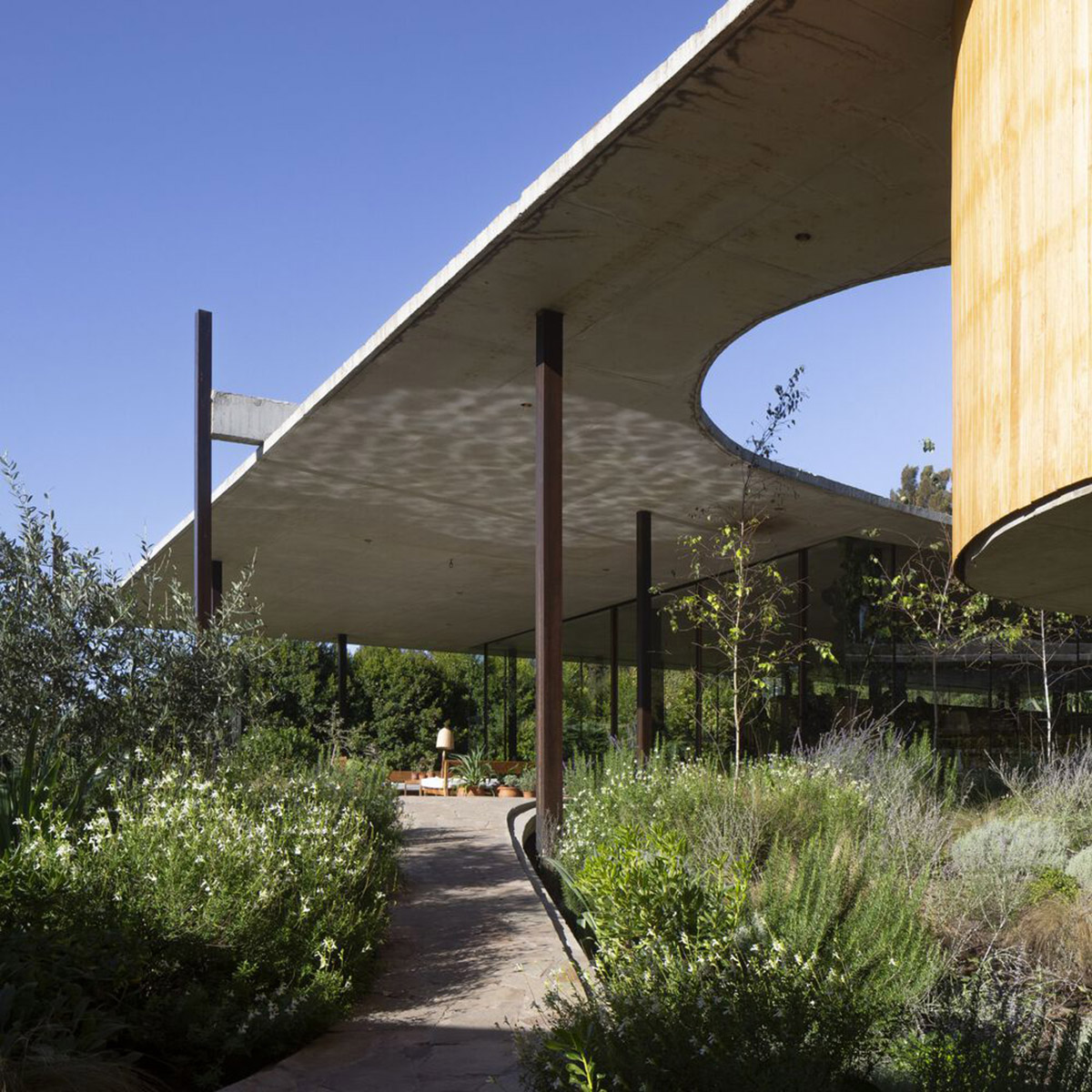 To create a fluid transition, the studio devises an axis for an internal patio surrounded by ramps that connect covered spaces with other semi-covered ones. This axis creates a fluid transition route between the spaces that are inhabited, according to the architects. 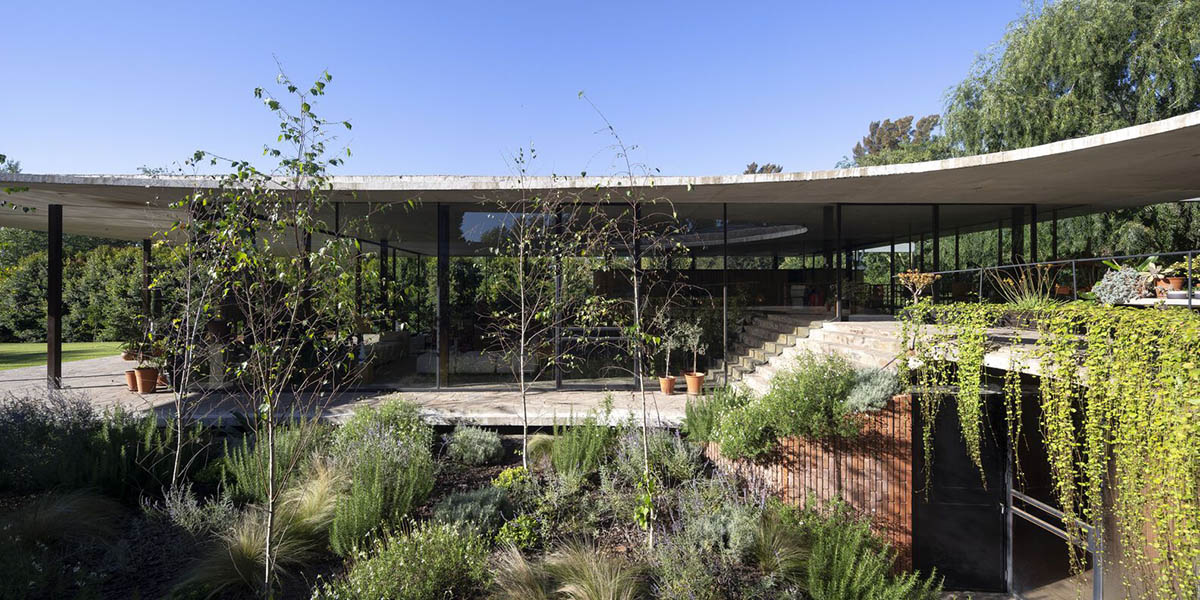 A slender and curvaceous canopy, made of concrete, is another continuous element that defines the house. The canopy, supported by slender steel columns, continues to the other side of the house in which users can encounter a suspended pod in the half of their walkway.

"The house was implanted at the bottom of the land, to receive sun throughout the day," said the studio.

"We decided to invert the traditional decision-making by locating the private program on the ground floor and the social program on the upper floor." 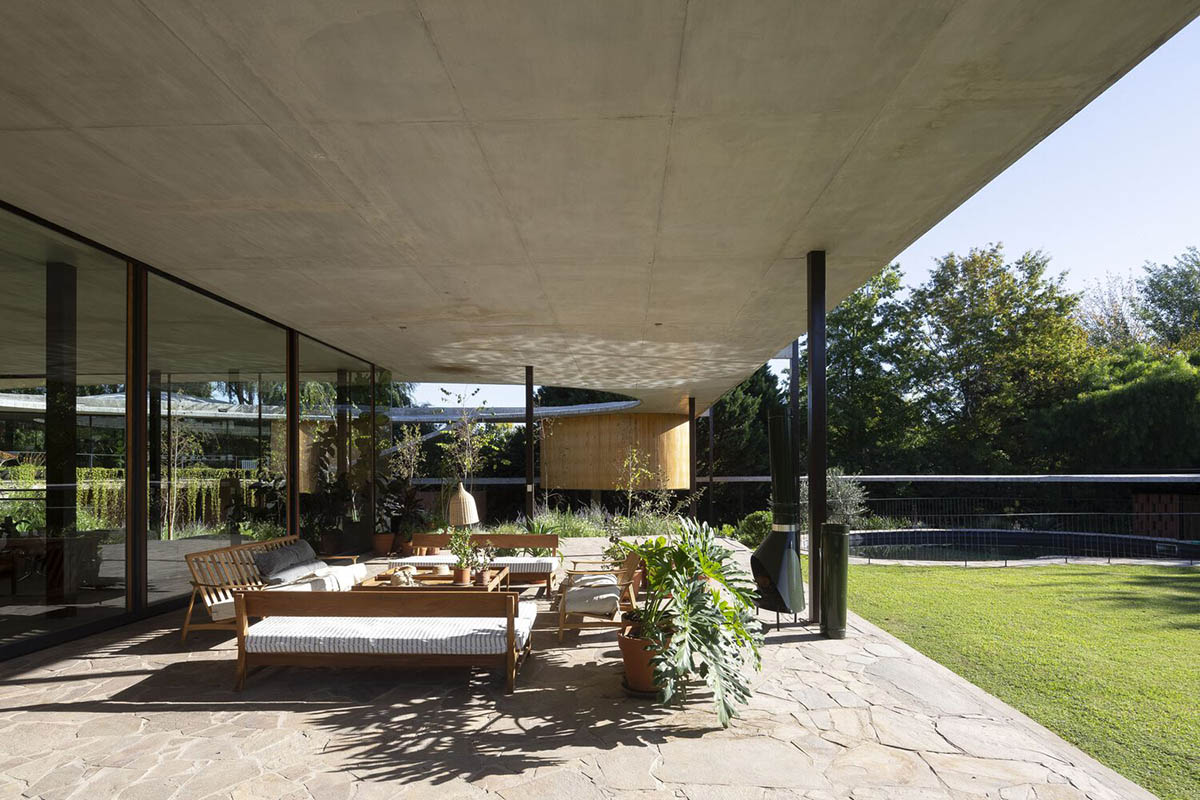 The architects characterized the rooms with a private, calm, and sealed space, which gives the sensation of being inserted in a forest.

The living room is raised to be at the height of the treetops and generates cross ventilation and lighting throughout the day, allowing access from this space to the entire house. 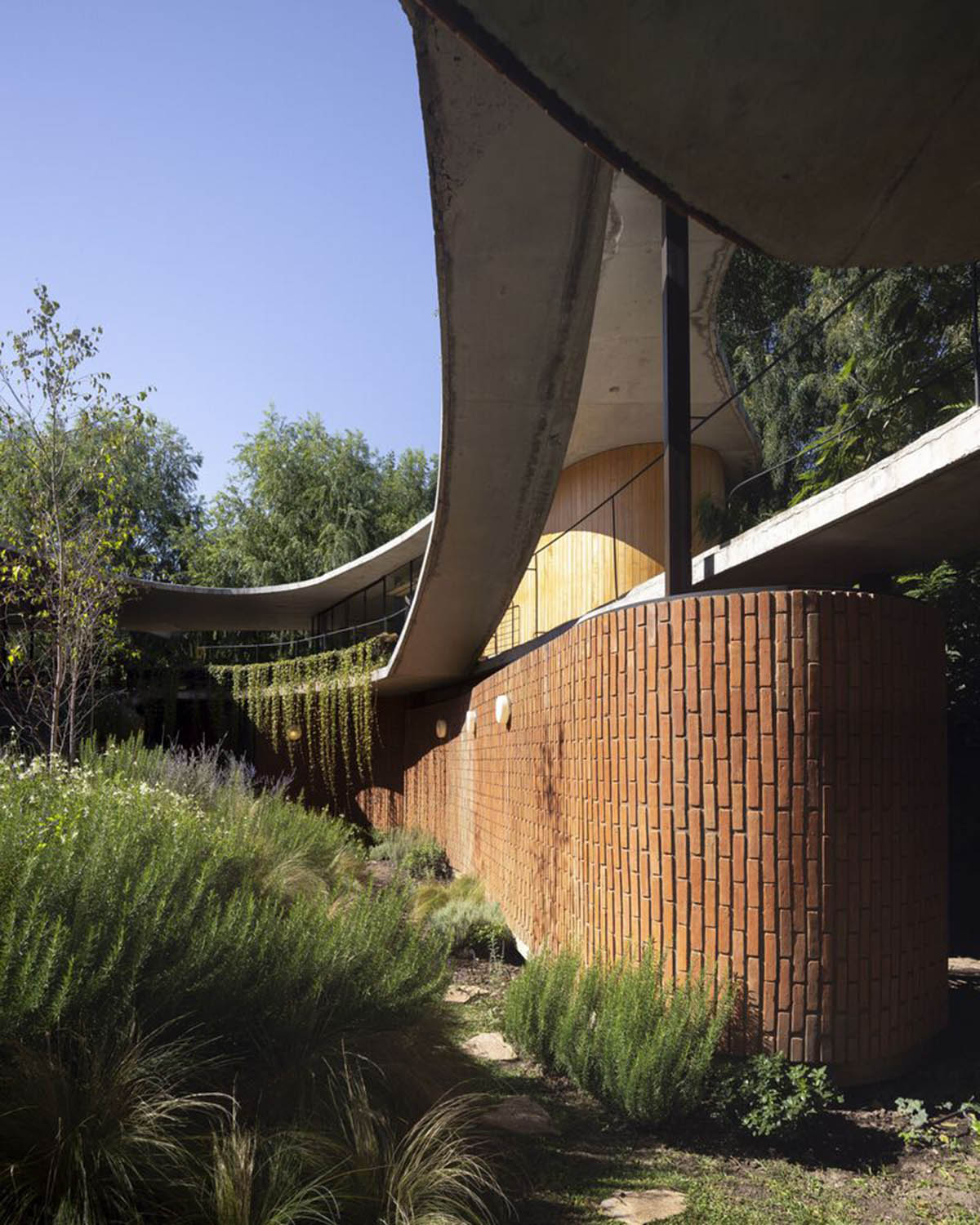 Due to the natural slope of the terrain, there is a level difference within the house, before entering the living room. On the second level, the studio places a study room with independent access and a room for guests, culminating the tour.

For material preference, the studio chooses simple and efficient materials, giving the focus to its natural surrounding. Concrete, brick, and wood are common materials used in the house. 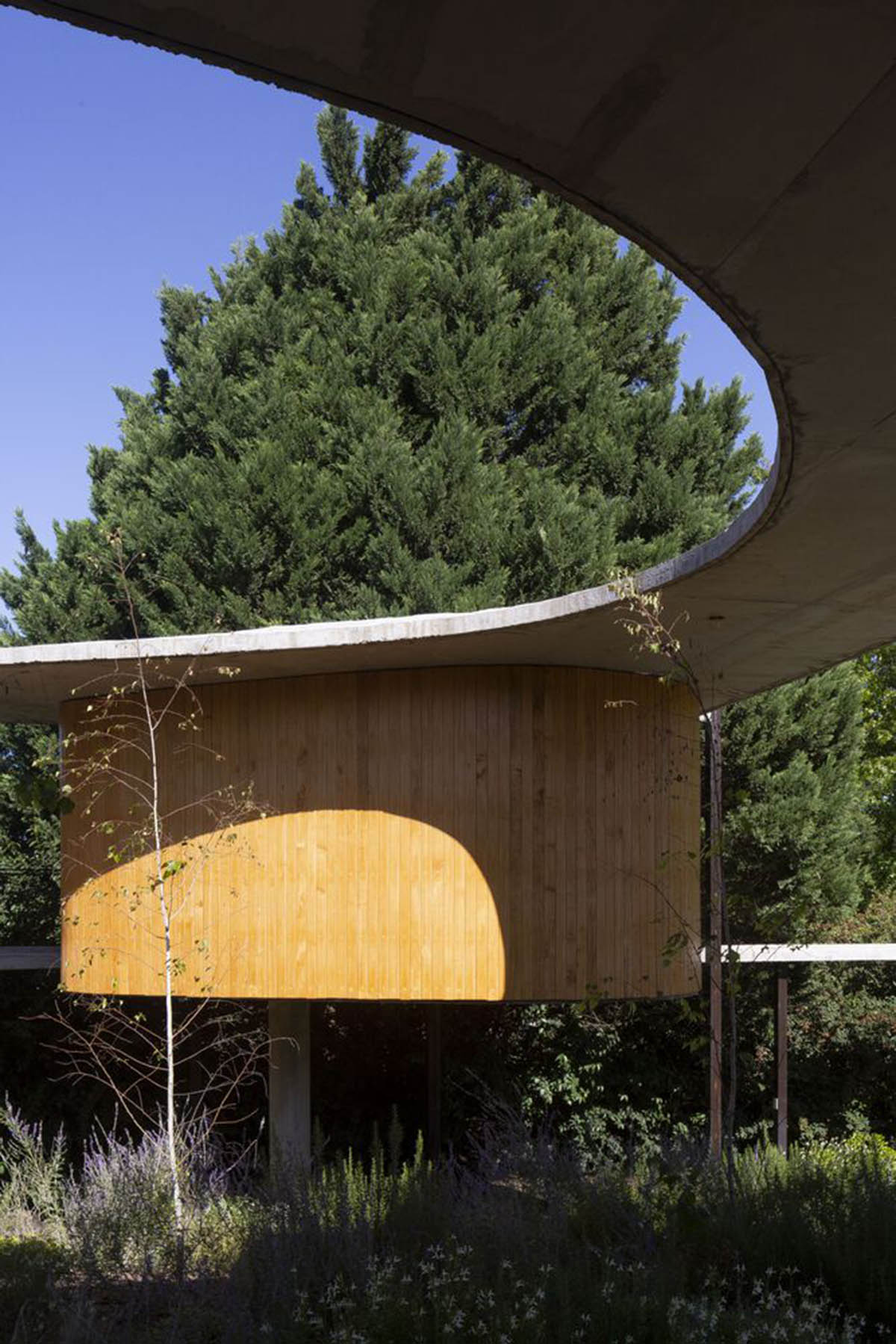 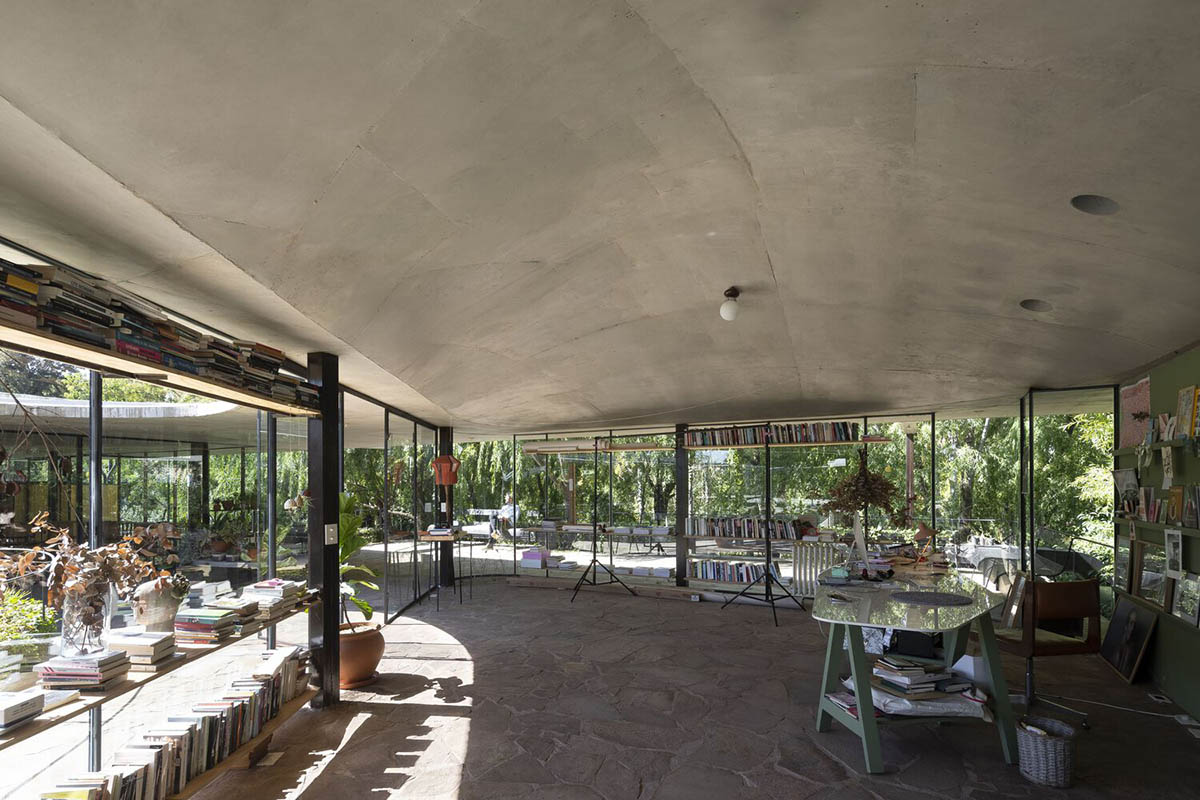 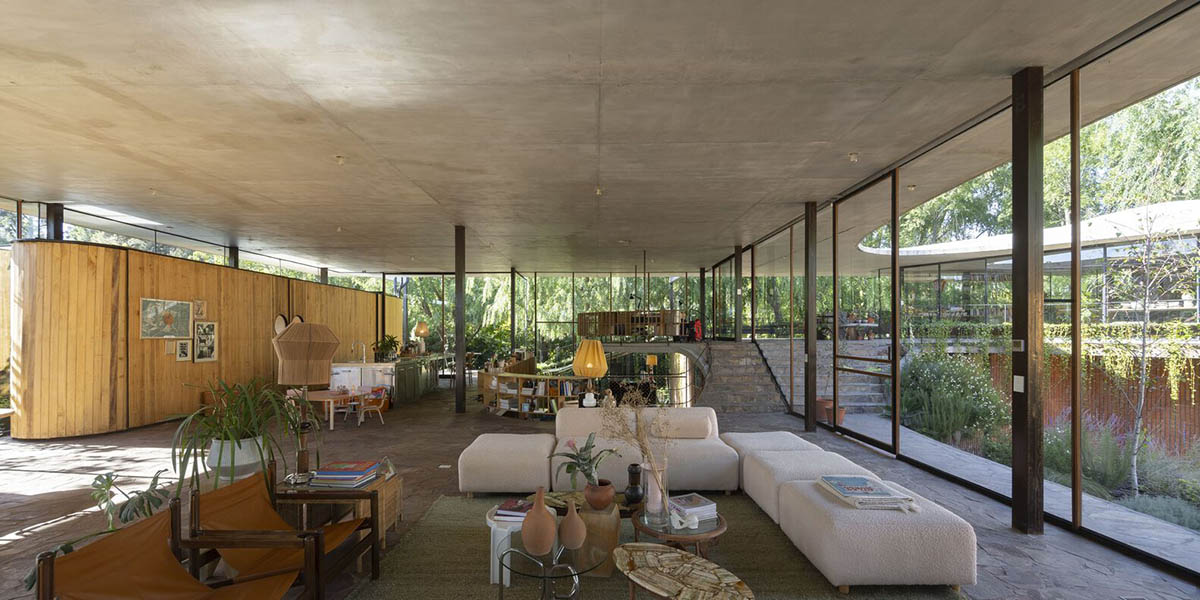 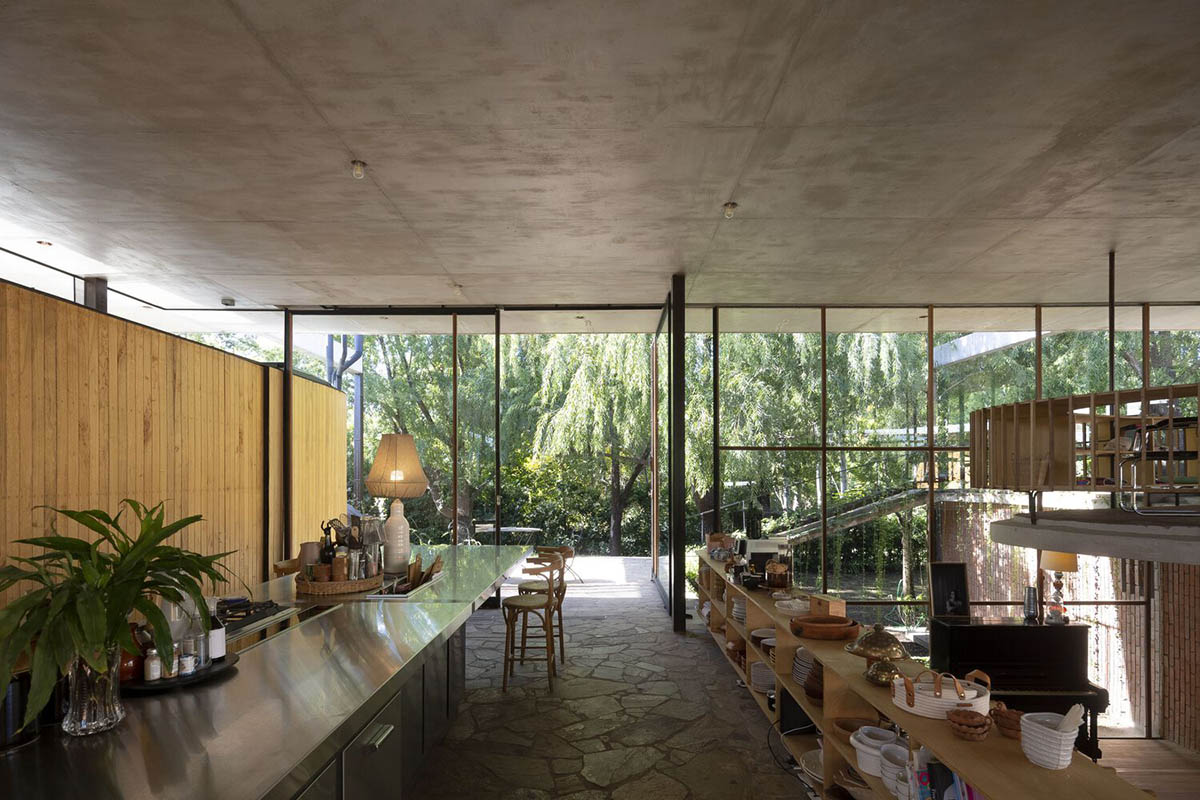 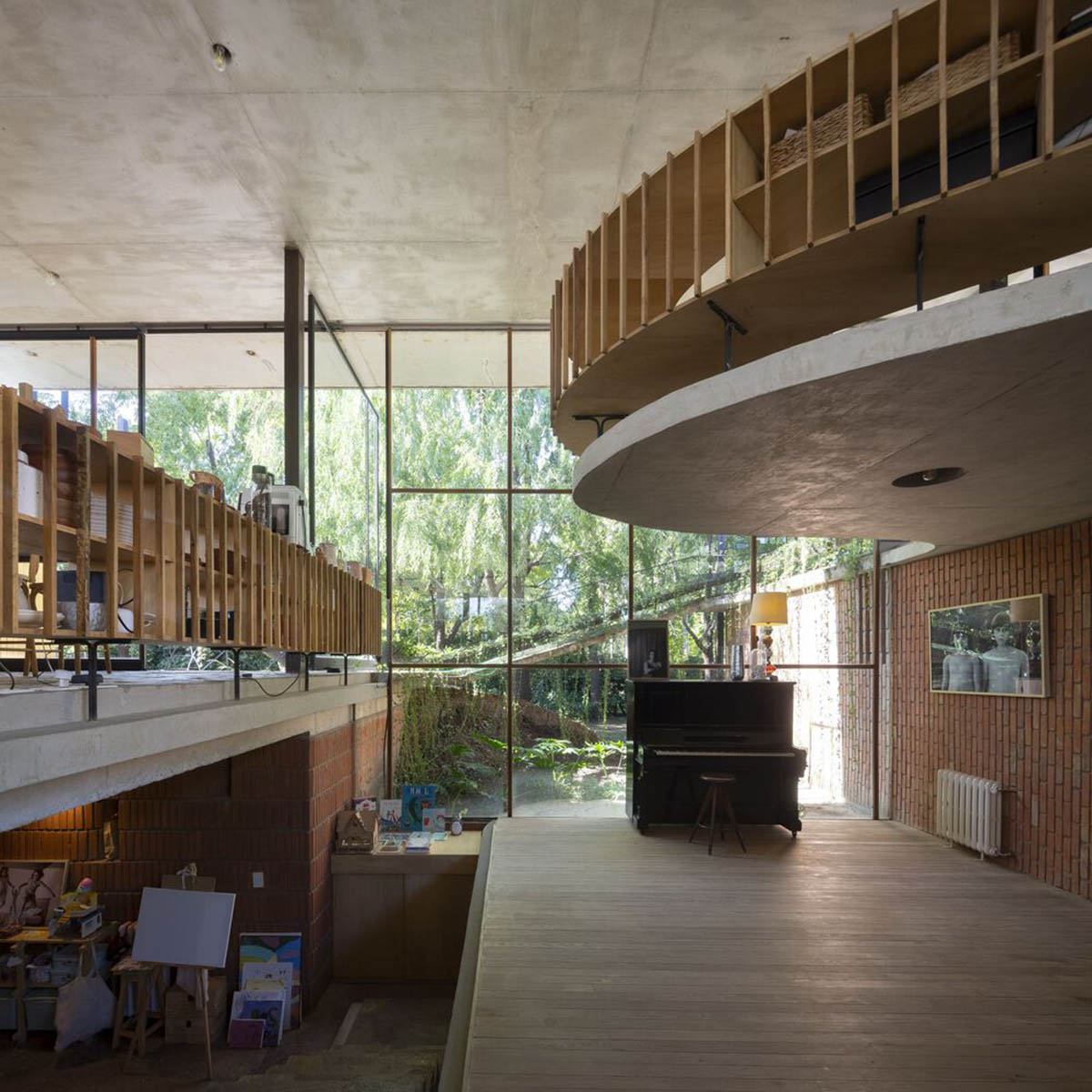 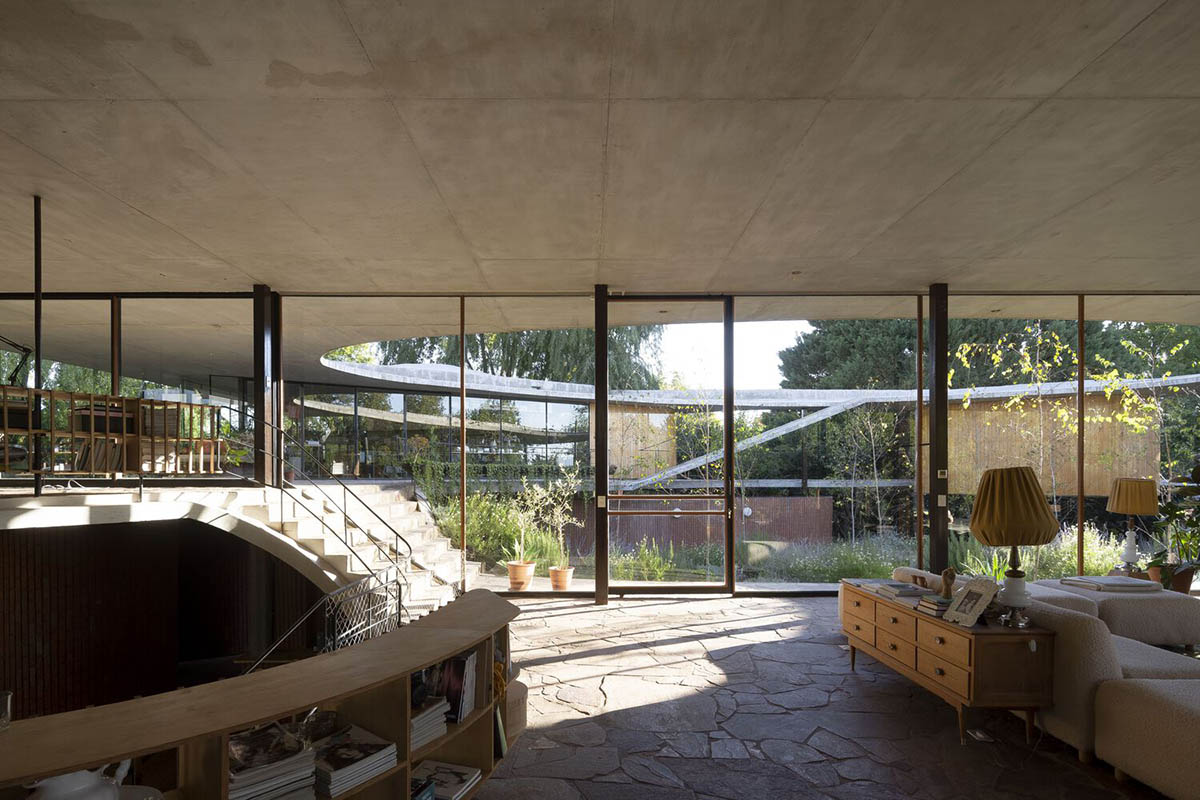 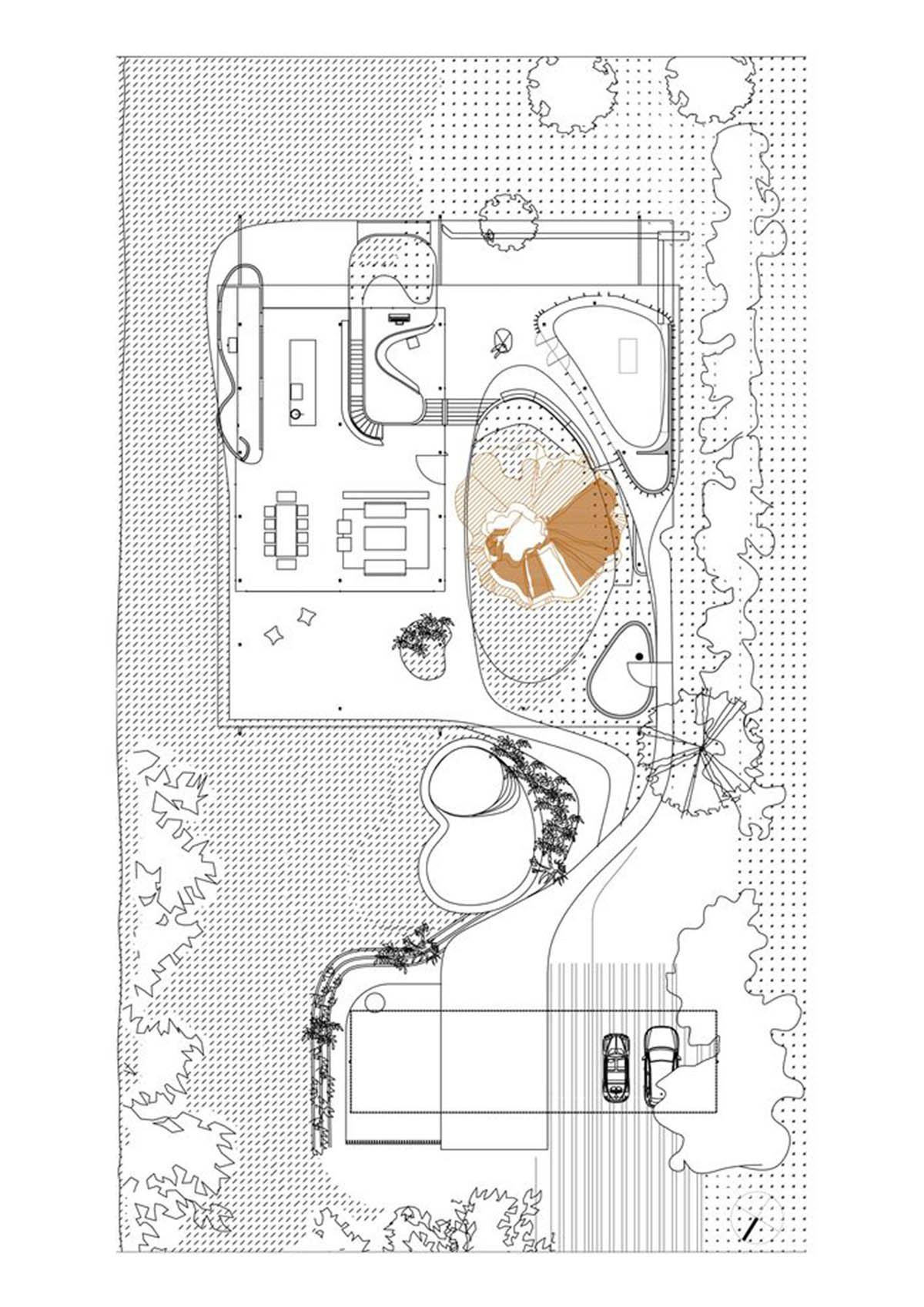 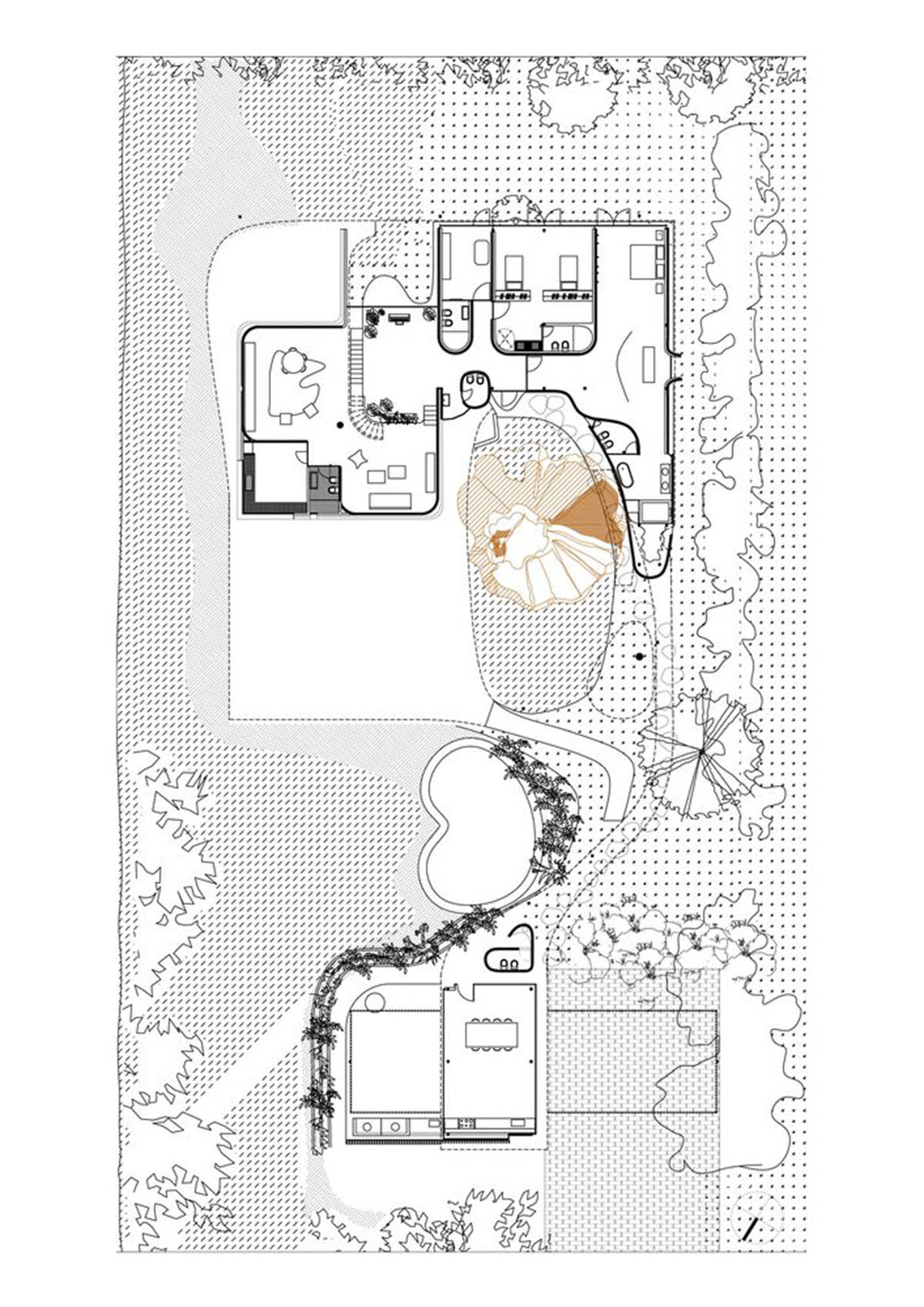 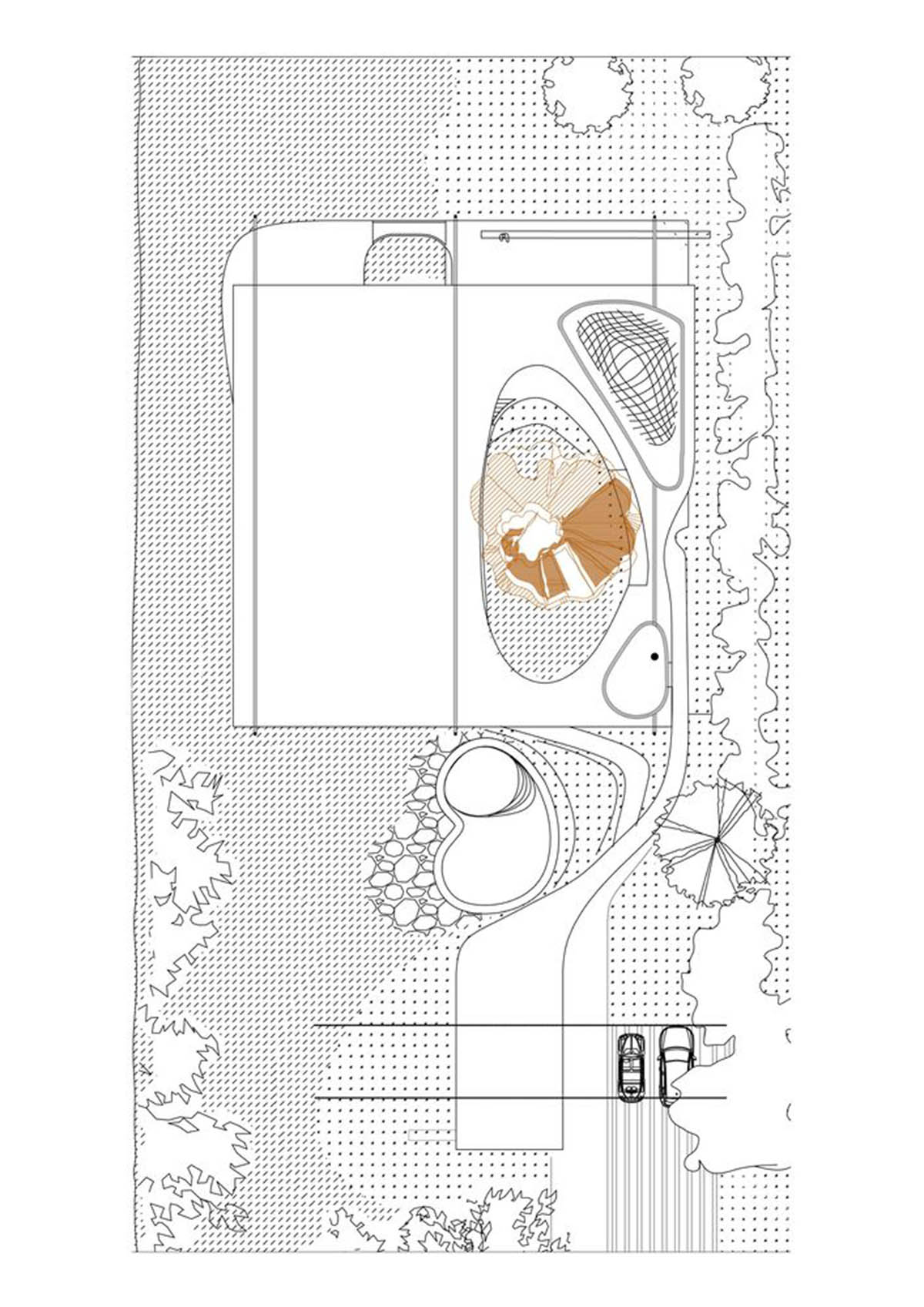 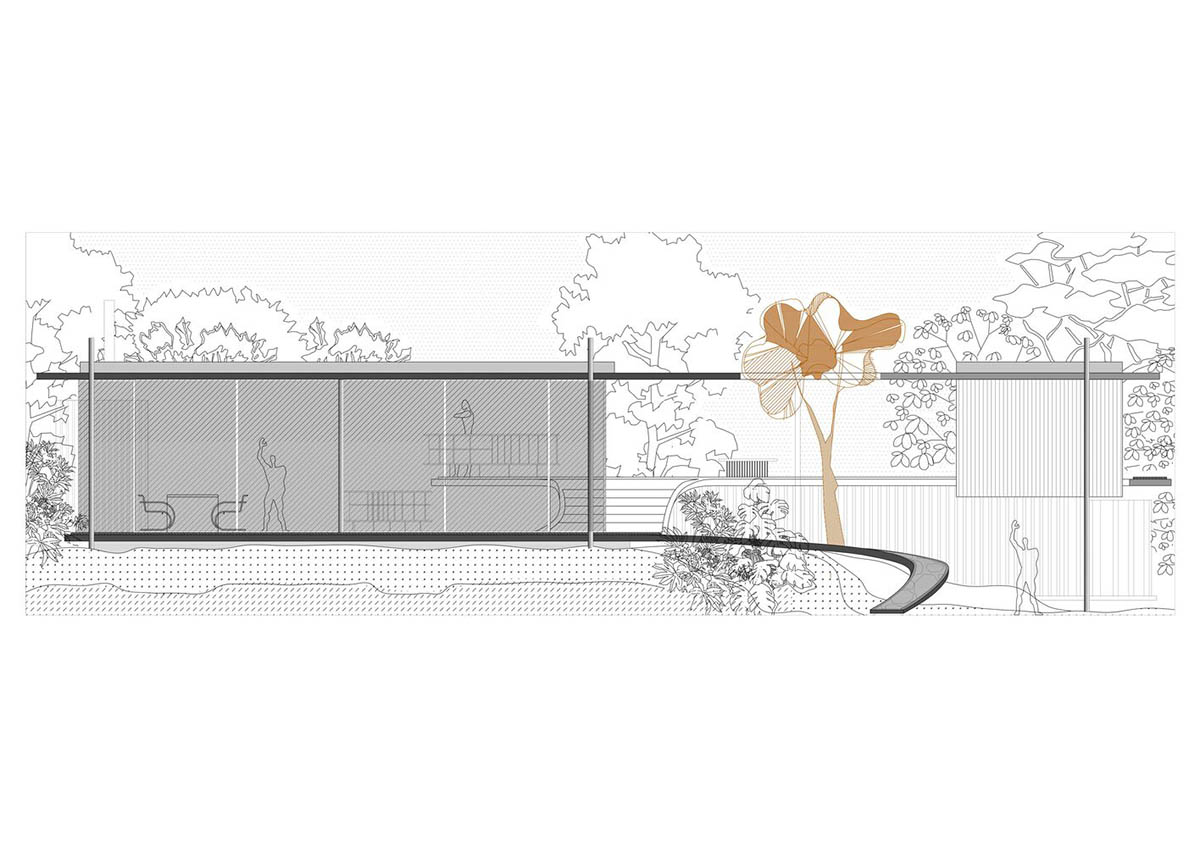 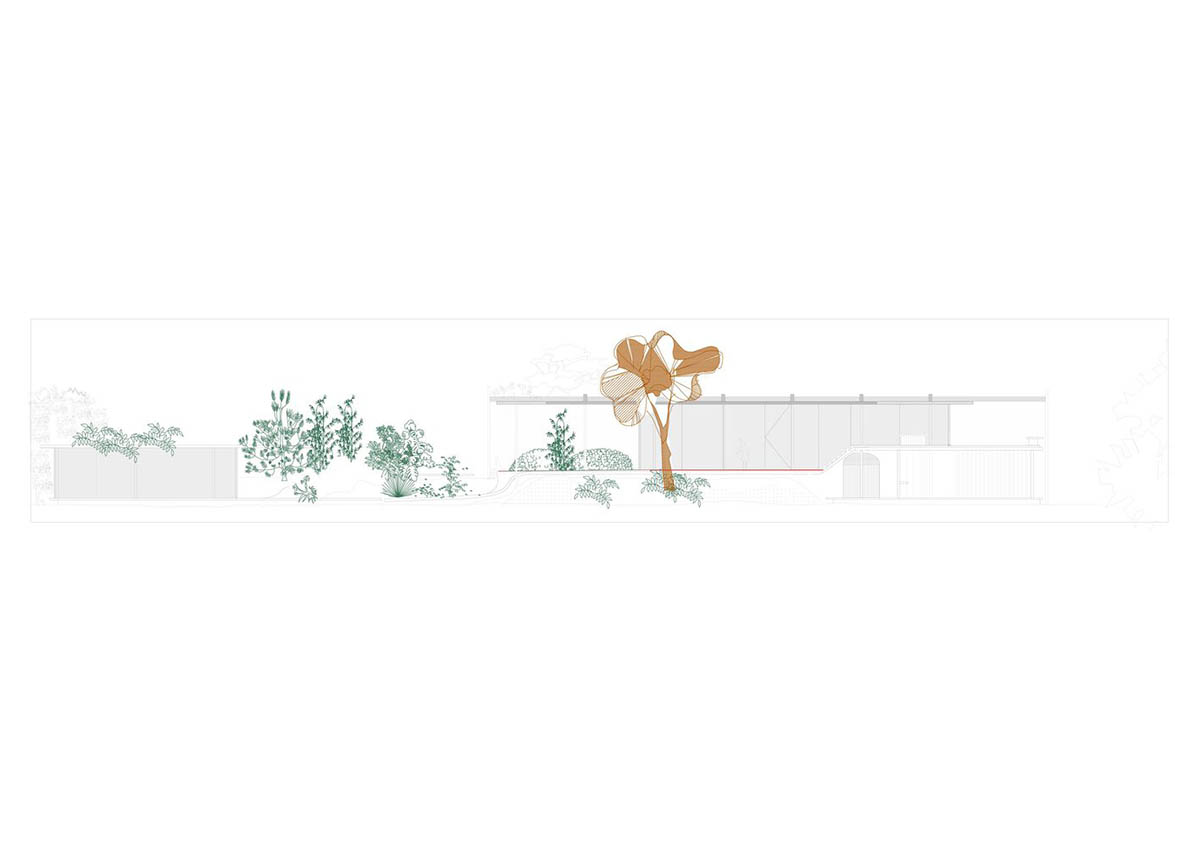