A giant steel scaffolding wraps a triangular-shaped pavilion made of hessian fabric in the city of Granada, Spain.

The 236-square-metre pavilion, situated in the Plaza del Humilladero, represents "the condition of the unfinished or in the process of being erected with all its corporeity, a half-finished architecture", according to the studio.

Only three materials, including steel scaffolding, hessian fabric and riprap stone, make up the pavilion itself in a simple layout. Upon entering, visitors can feel themselves within a shelter.

Due to its flexibility and decomposable elements, a tent-like pavilion can be dismantled and reinstalled anywhere.

"Aire pavilion is built on the imaginary of the ephemeral, the fragile and immaterial, alluding to one of the most essential and intangible elements of architecture," said P + S Estudio de Arquitectura.

The architects believe that visitors can feel themselves "in a tent in the middle of the desert to protect from the sun, or in the airy space of the circus supported by a series of masts," the studio added.

Anyone who passes by this structure may indeed think that it is not yet completed.

TAC!, launched for the first time this year, is an annual festival organized by the Ministry of Transport, Mobility and Urban Agenda. The festival aims to promote "innovation and experimentation in architecture through the construction of a temporary pavilion in different Spanish cities."

The 2022 competition brief was the design of a temporary pavilion that could highlight the Plaza del Humilladero in Granada and could provide a home to host the city's cultural and leisure activities.

"The spatial strategy of the pavilion is synthesised in the elementary operation of containing the AIRE that will define an indeterminate space, open to the multiple needs of both the TAC! Festival and the city of Granada and its inhabitants; promoting the transformation and adaptability of the space, without requiring greater operations than opening or closing the fragile limit that defines it," added the studio.

The studio sets out all its design principles on three material strategies: "establishing an exercise in synthesis, constructive veracity and sustainability."

In the first stage, they defined a scaffolding system, which could be a reflection of industrial systematization.

Although the studio knew that it had its origins in the very beginnings of the architectural tradition, according to the architects, this approach today represents "modularity and globalization in construction, as well as ephemerality and apparent fragility, which is condemned to disappear once the work is finished."

The scaffolding system acts as the load-bearing structure of the pavilion.

On the other hand, a resistant fabric, which represents a lighter one, becomes an envelope of hessian fabric. This fabric is also used as a symbol of locality, handicraft, the shade - or the control of light, tradition and vernacular knowledge, the recognisable, the commonplace of the area.

"A way of rescuing Granada's own identity and its climate," said the studio.

The third element in the project is a group of riprap stones taken from the Sierra Elvira region.

The presence of stones provides the necessary counterweight to the structure and implements new urban furniture in the surroundings of the pavilion, connecting the intervention with the Plaza del Humilladero.

"The use of these three materials demonstrates Aire's commitment to the circular economy, as well as to the value of the local economy and the traditions and trades of Granada," the office added.

The studio emphasized that the scaffolding can be rented, and will be turned into a new use once the pavilion is dismantled.

The riprap stone will be returned to its original quarry as well. Finally, the locally-made hessian fabric will also have a second life, as it is an element widely used as a shade in the city, and the fabric can be easily relocated to another public space in Granada.

"In this way, AIRE "rises", as its own etymological origin indicates, in search of light, taking shape as a pavilion woven between scaffolding and hessian fabric, establishing a new scenario of diverse, open, indeterminate and flexible encounters that will allow new relationships and uses to be woven into the Plaza del Humilladero in Granada," the office added. 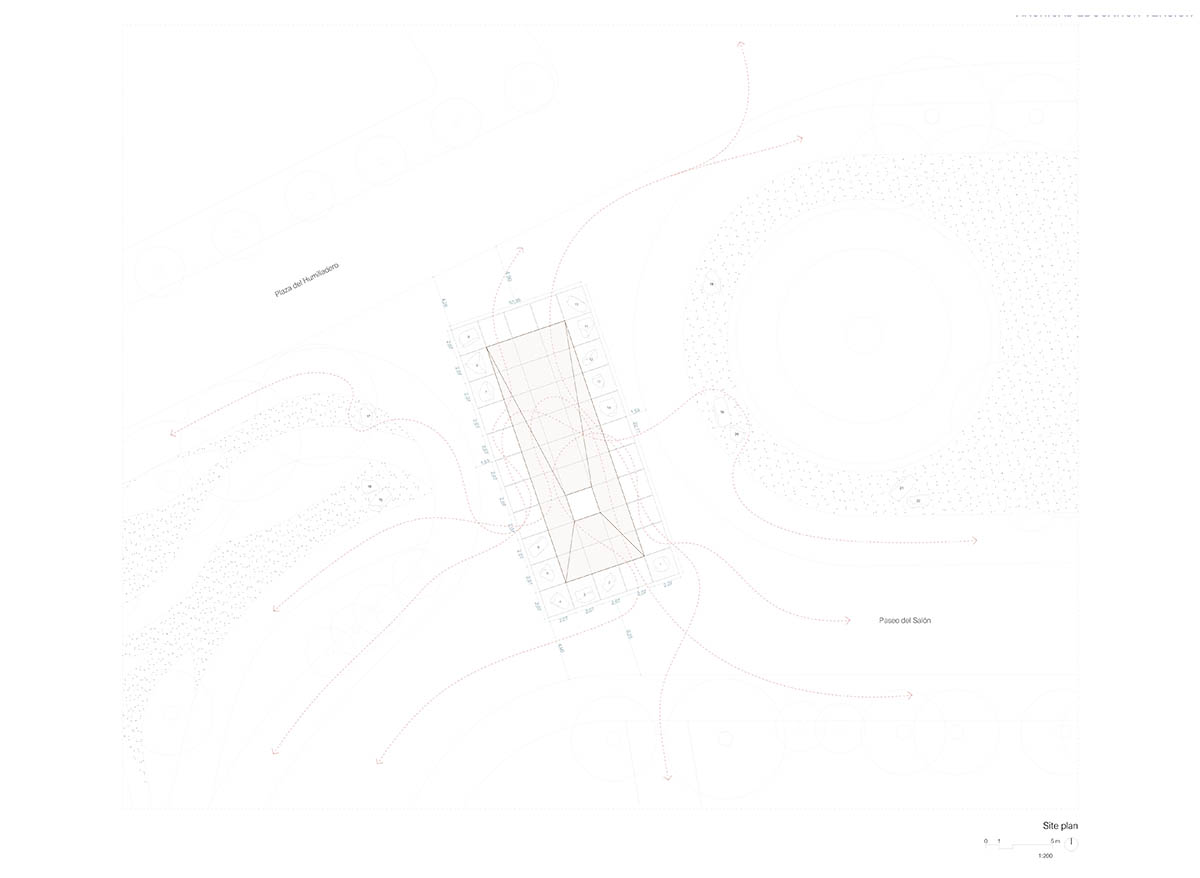 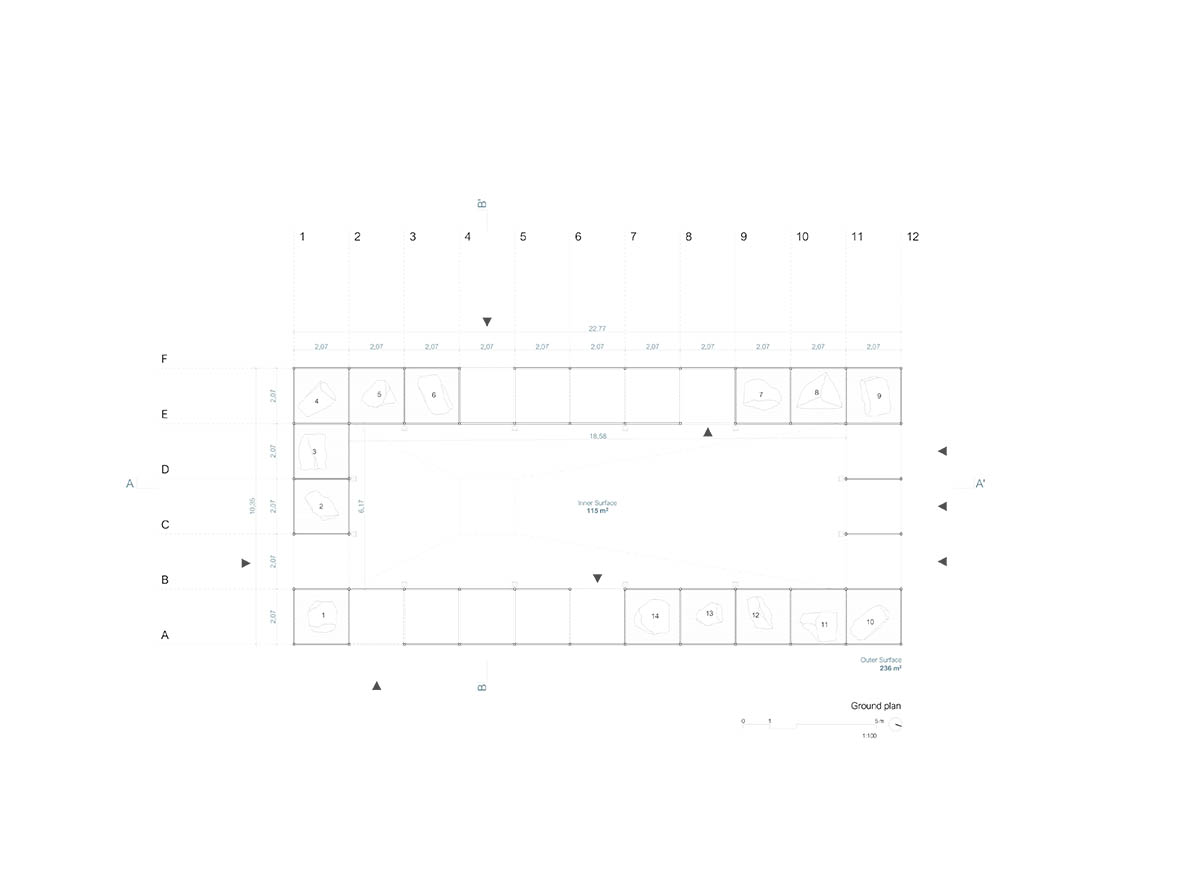 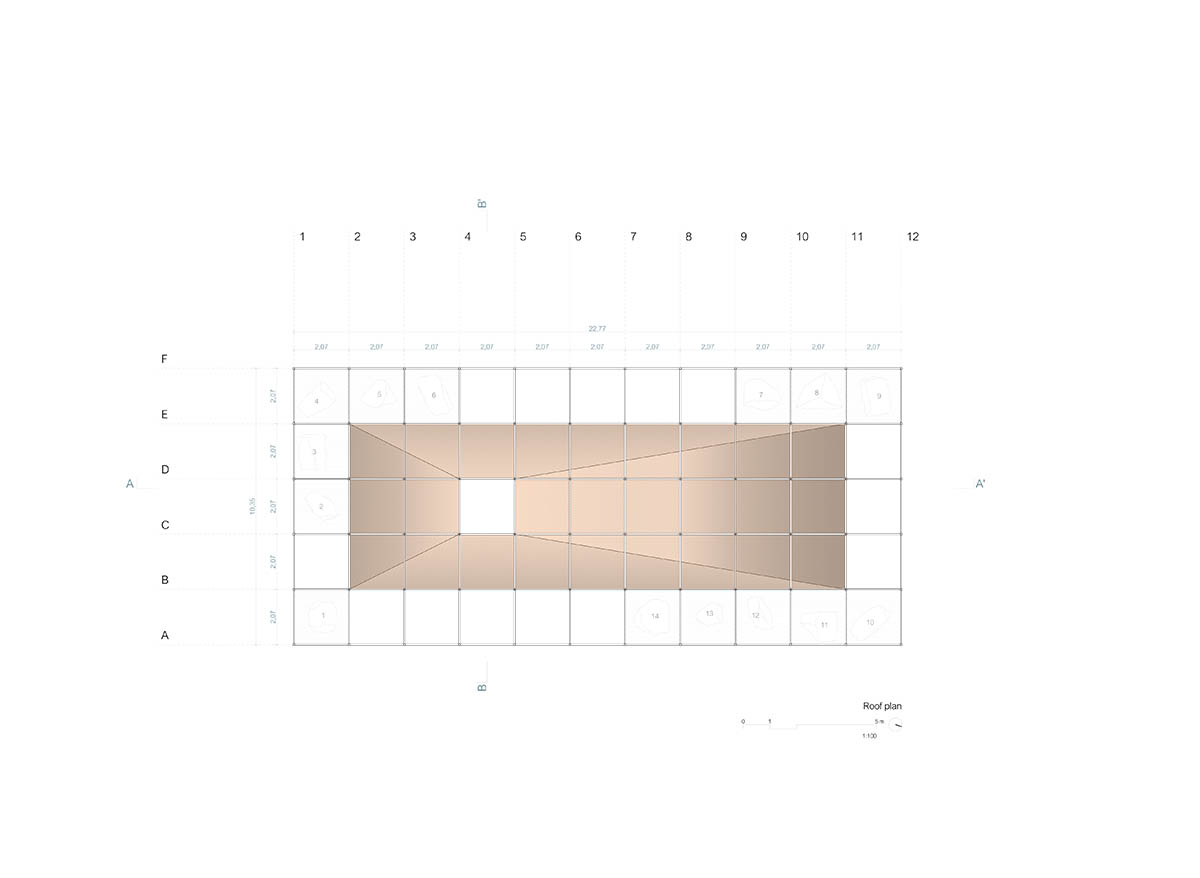 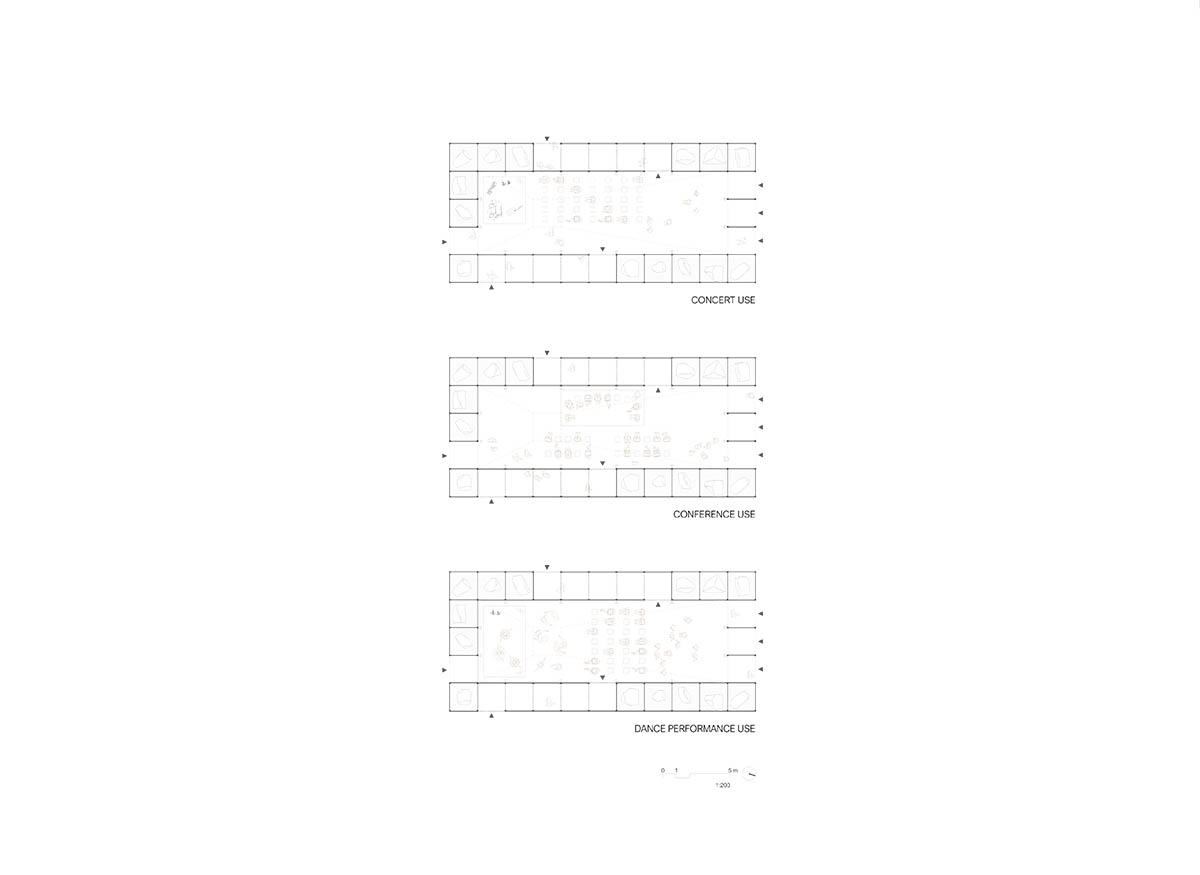 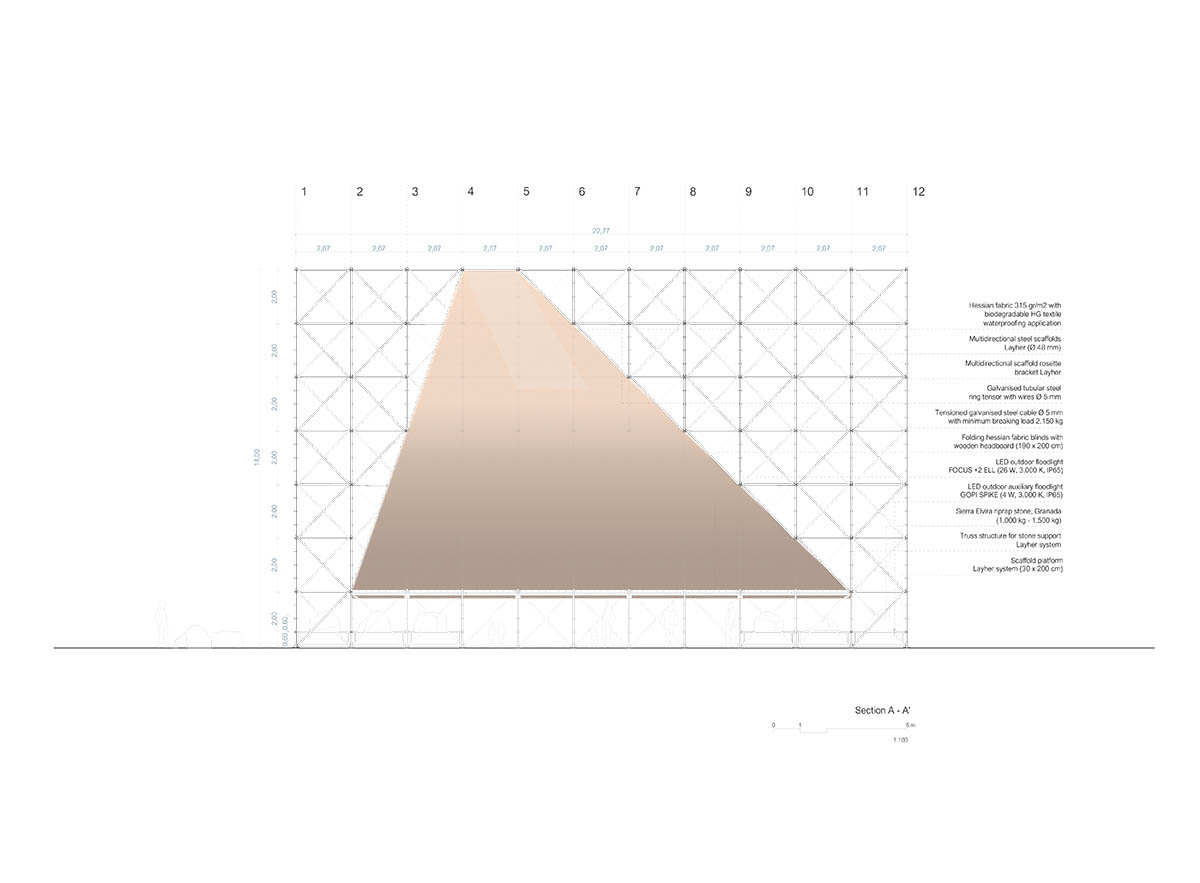 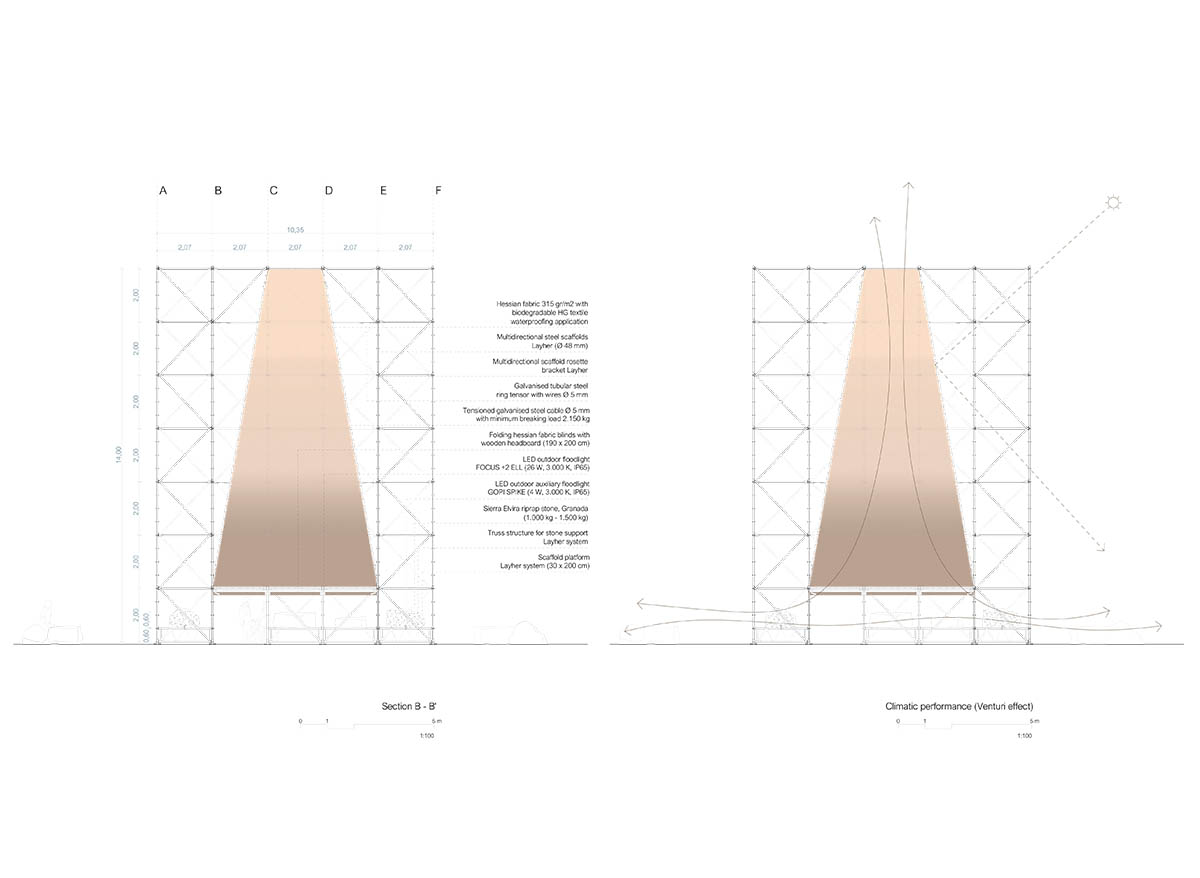 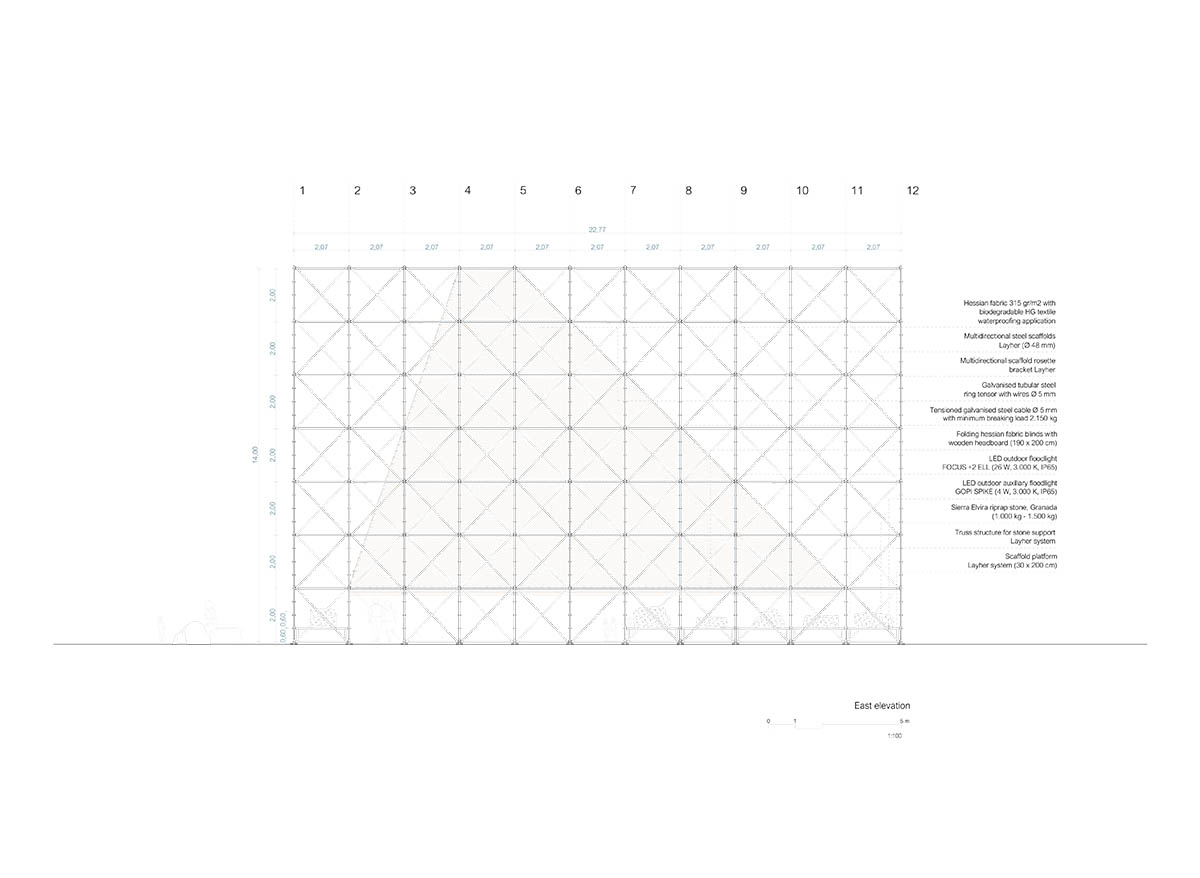 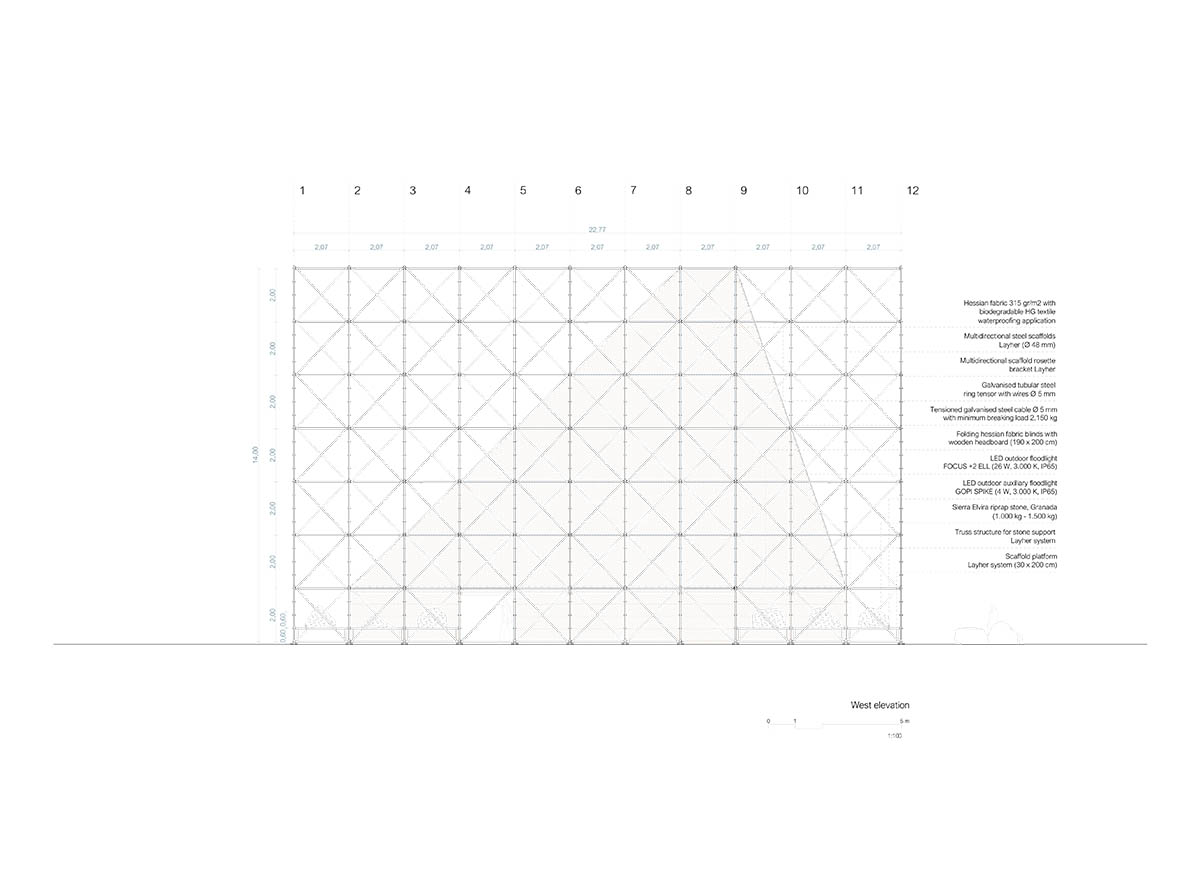 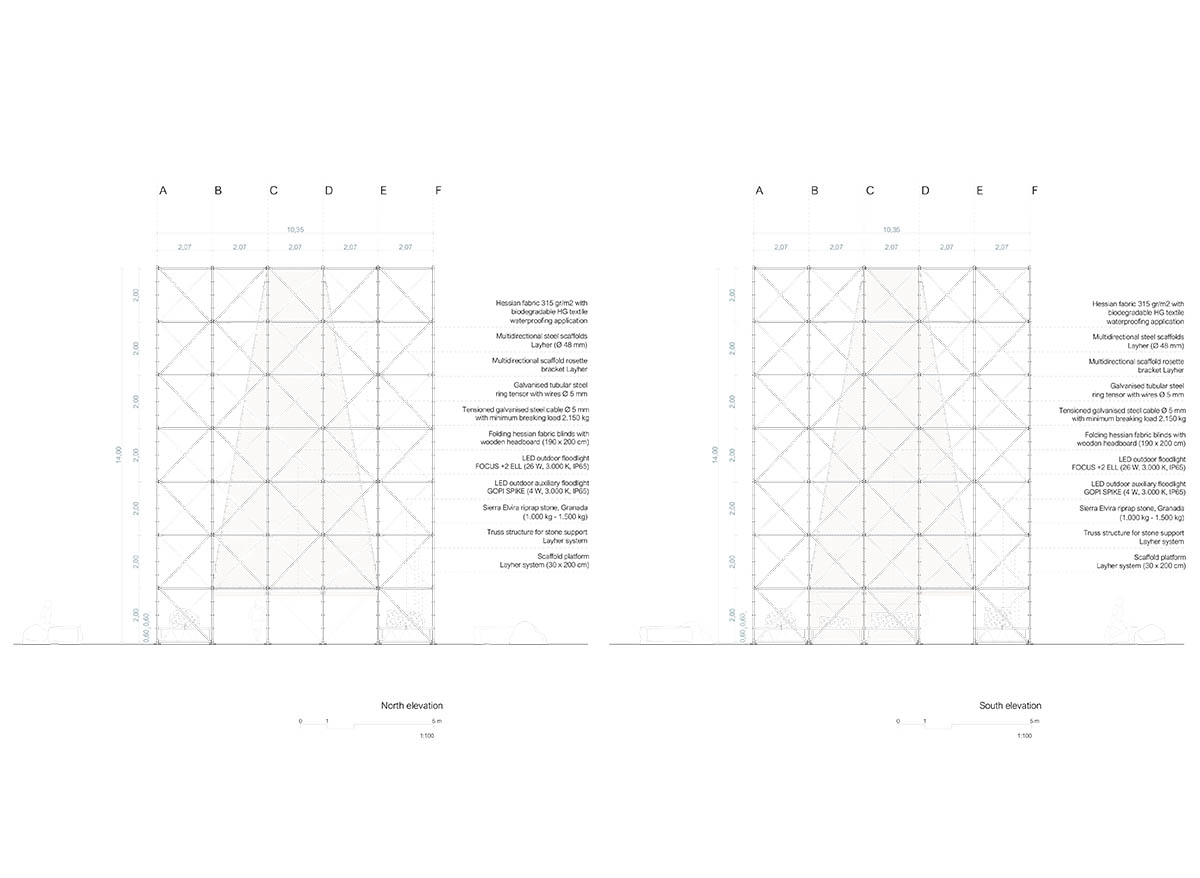 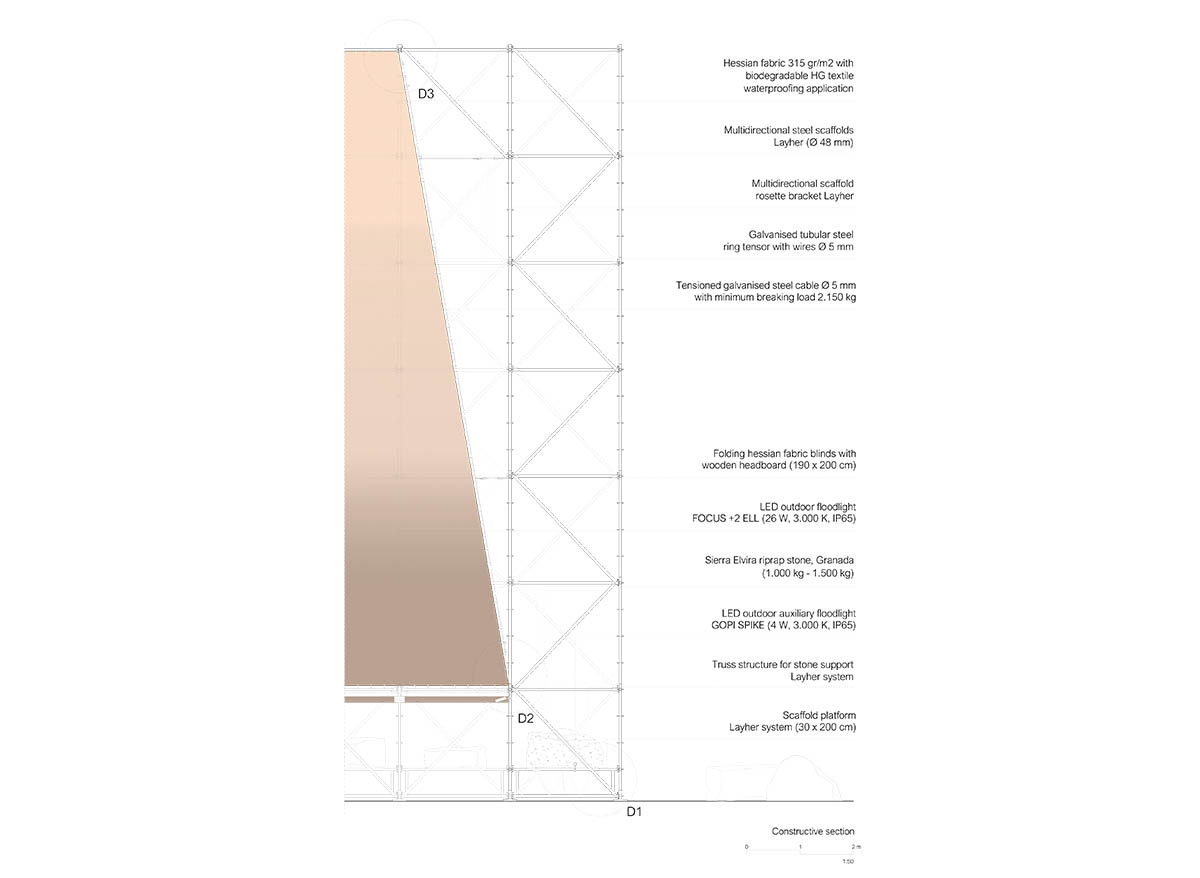 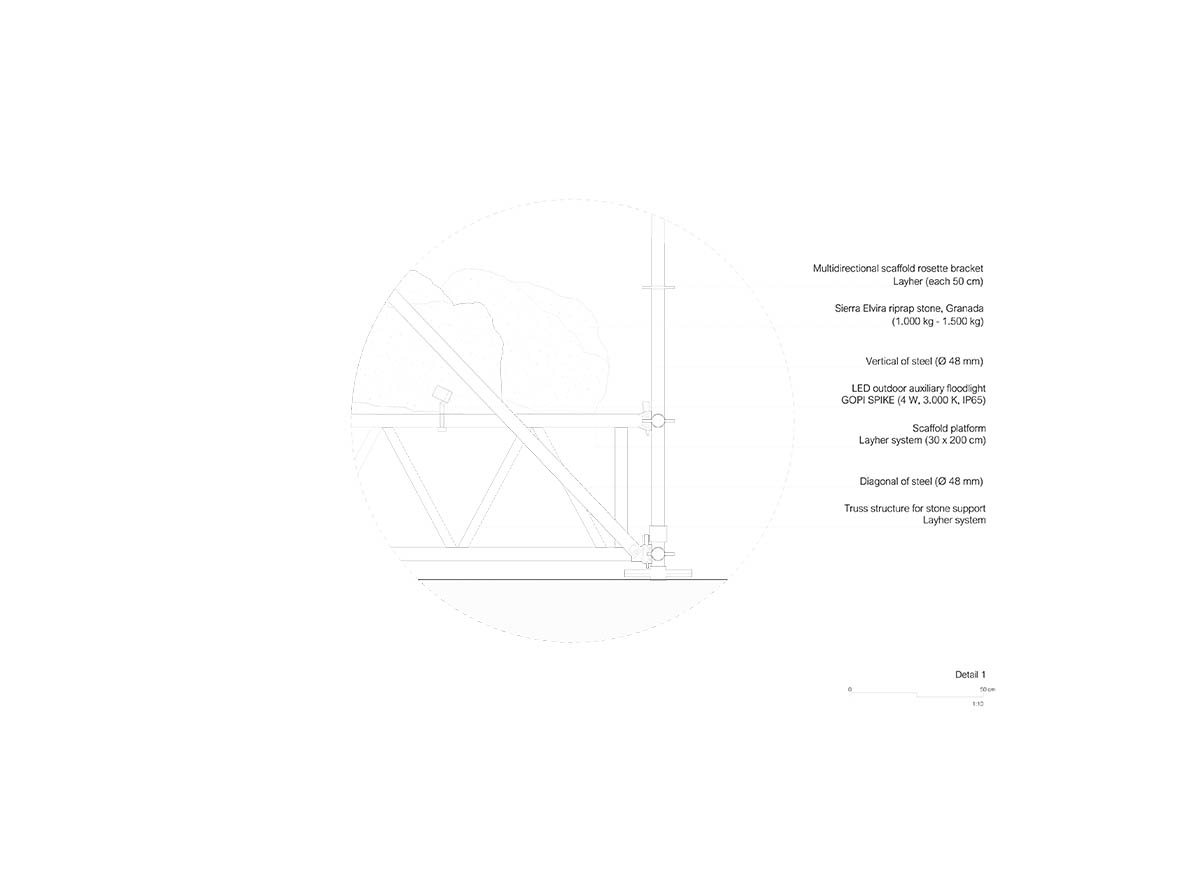 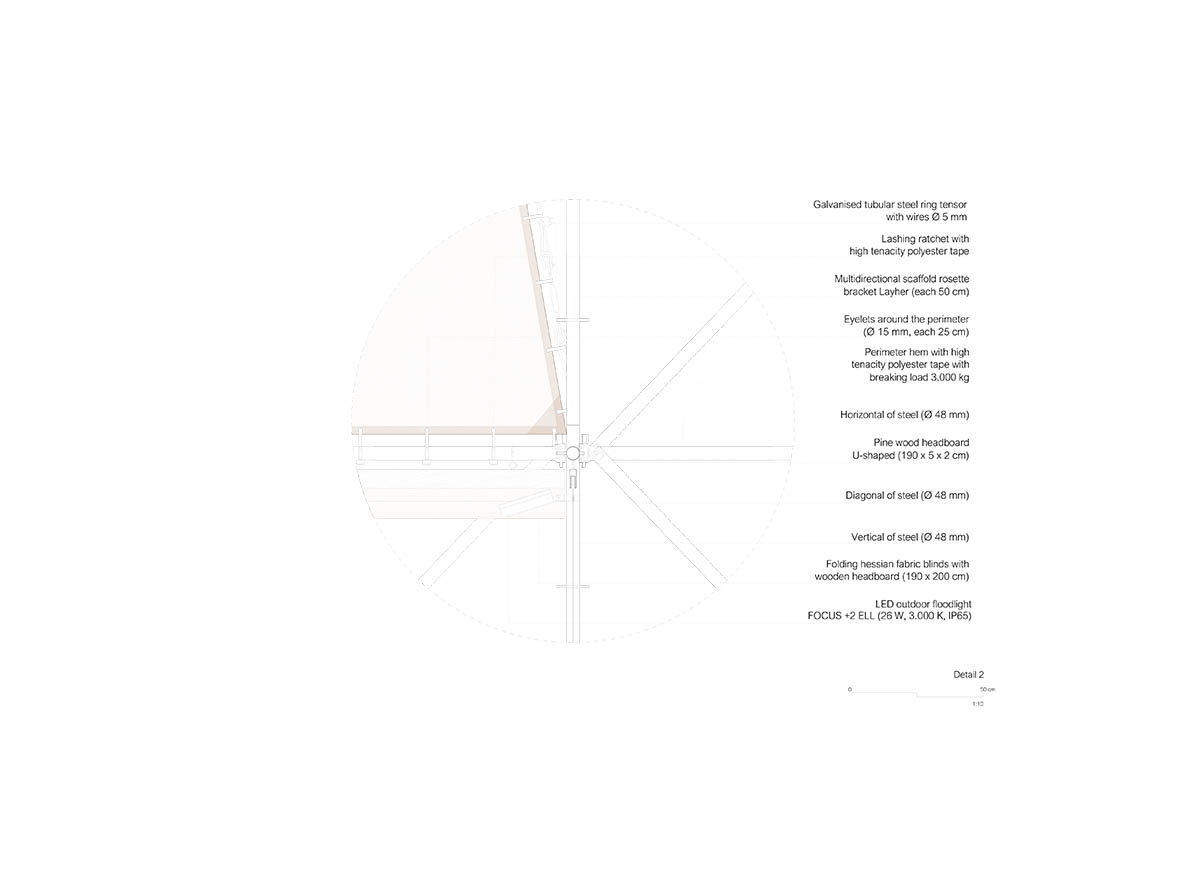 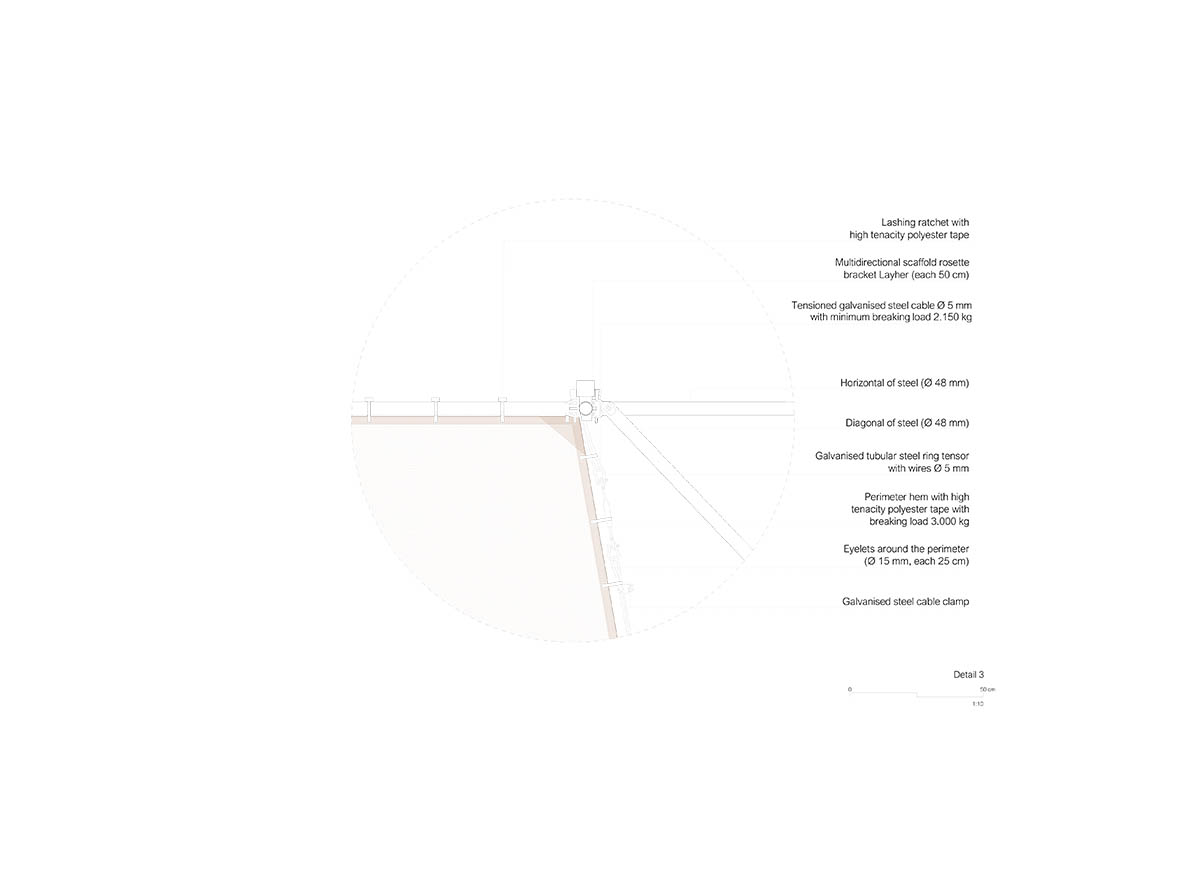 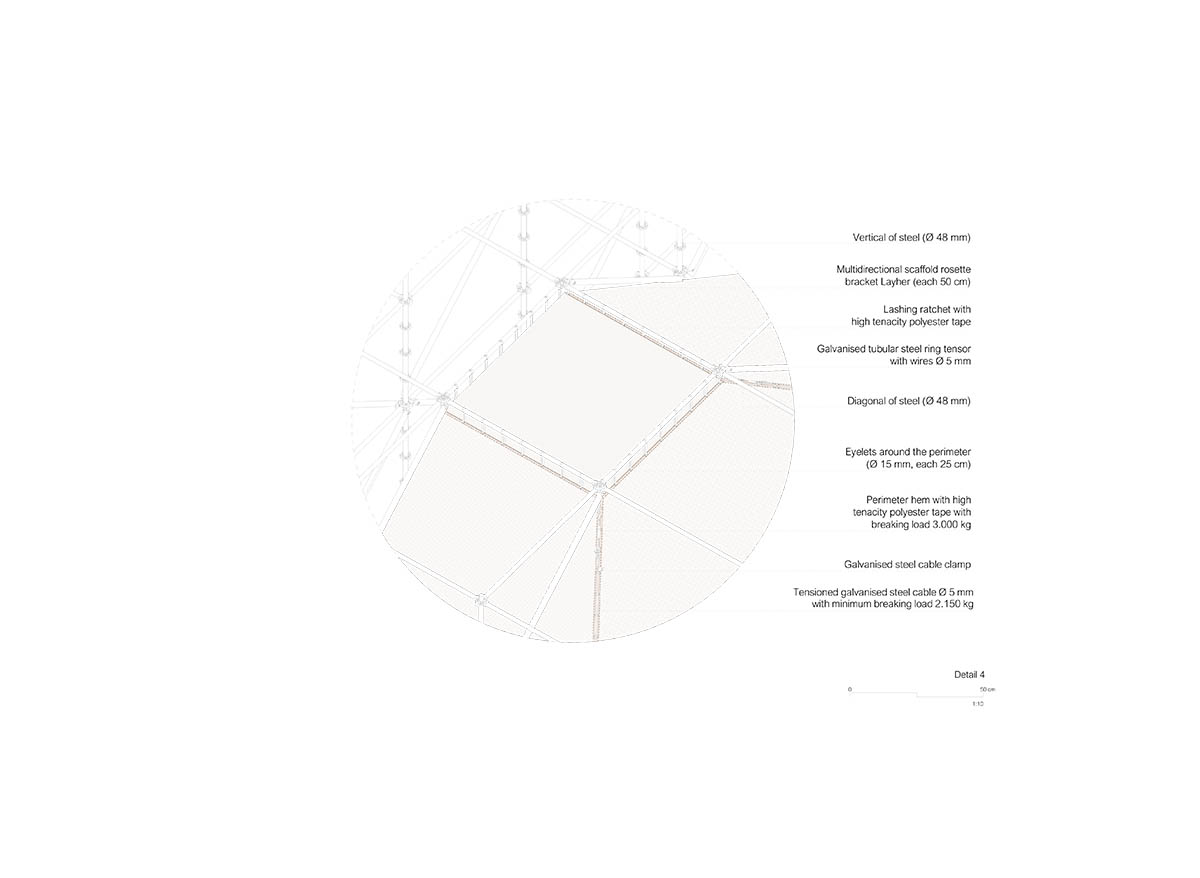 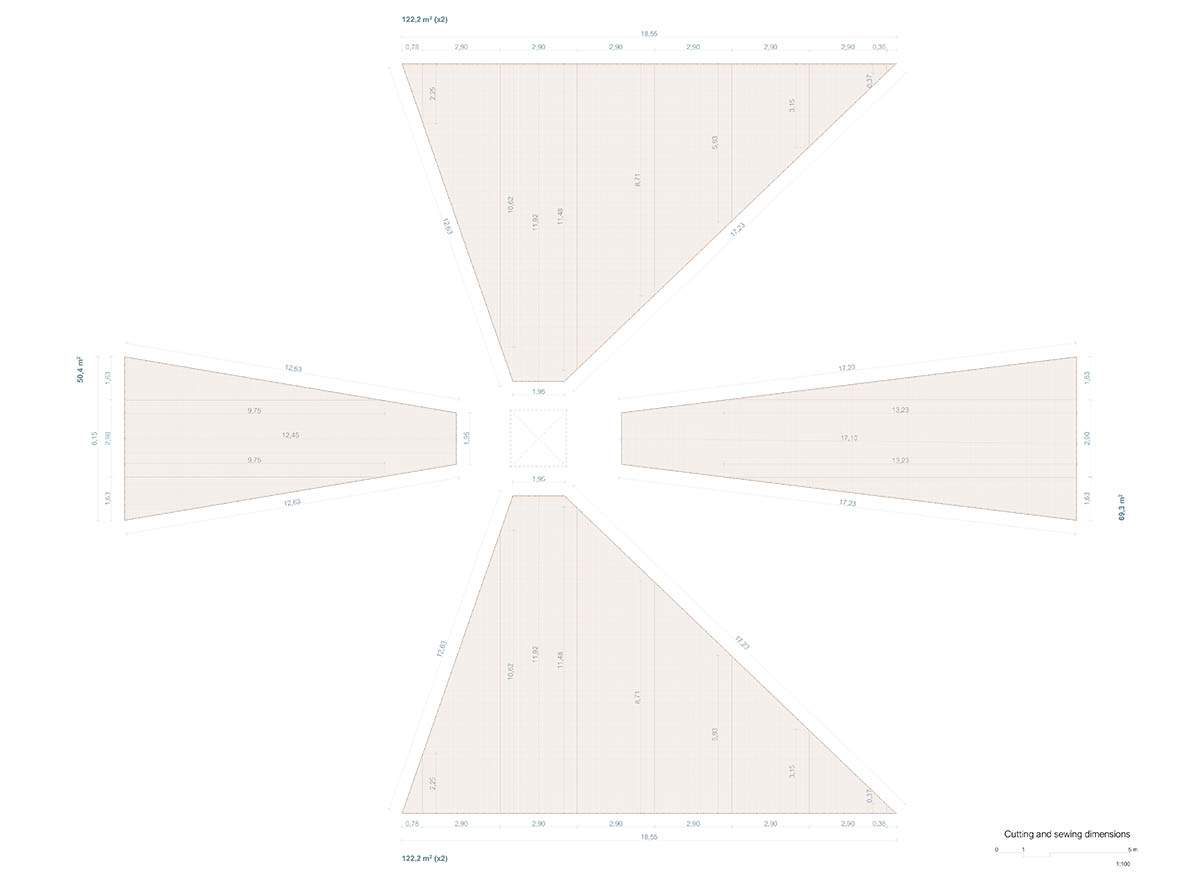 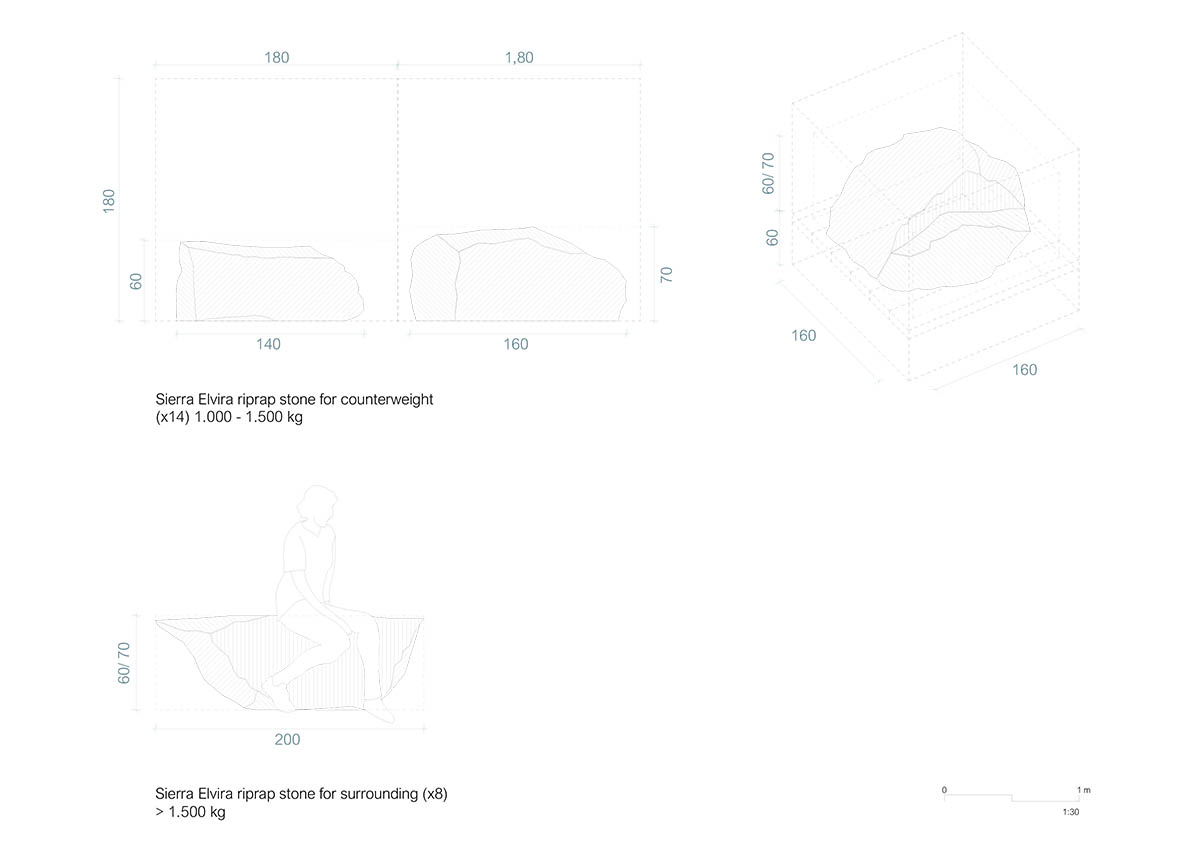 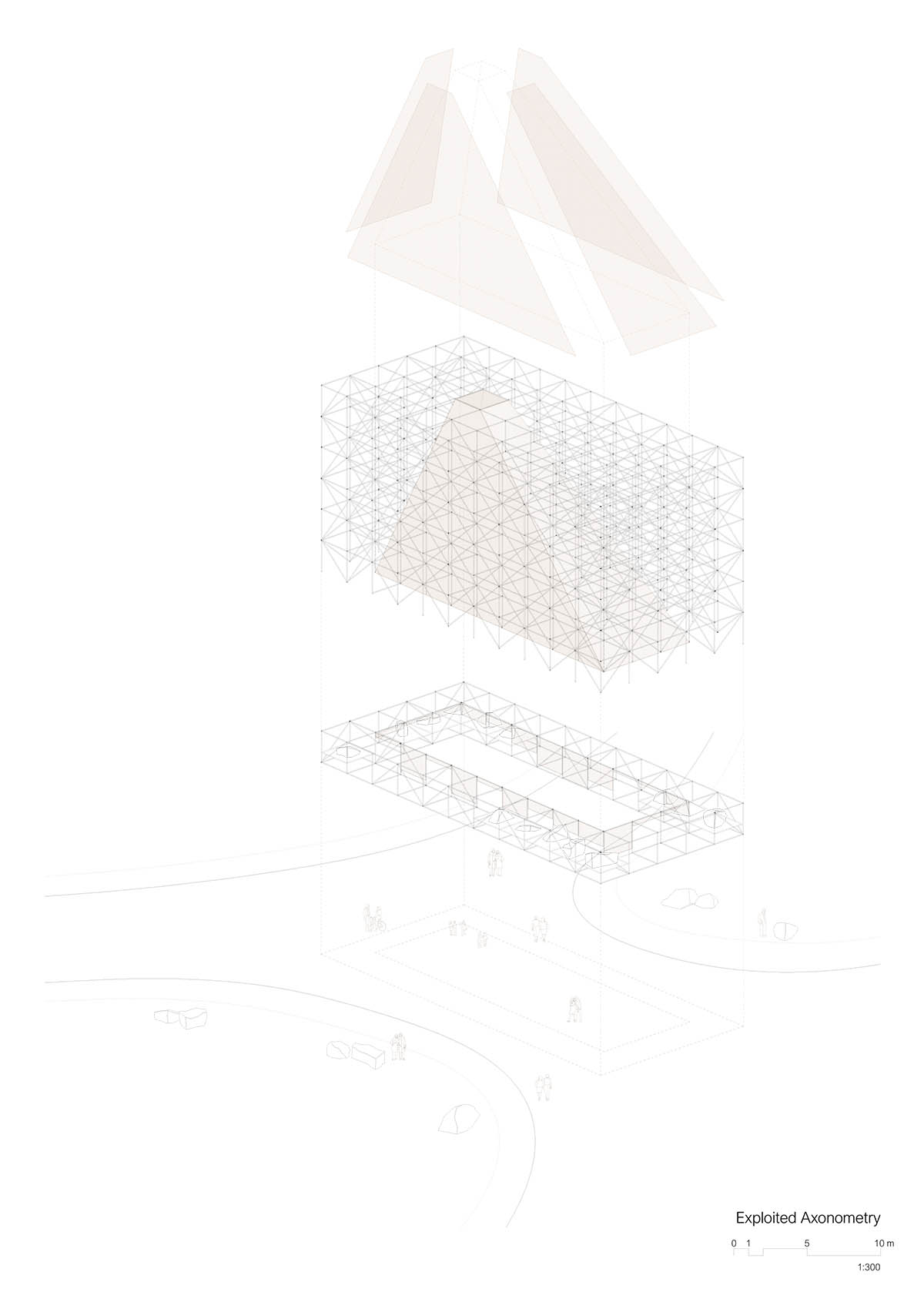 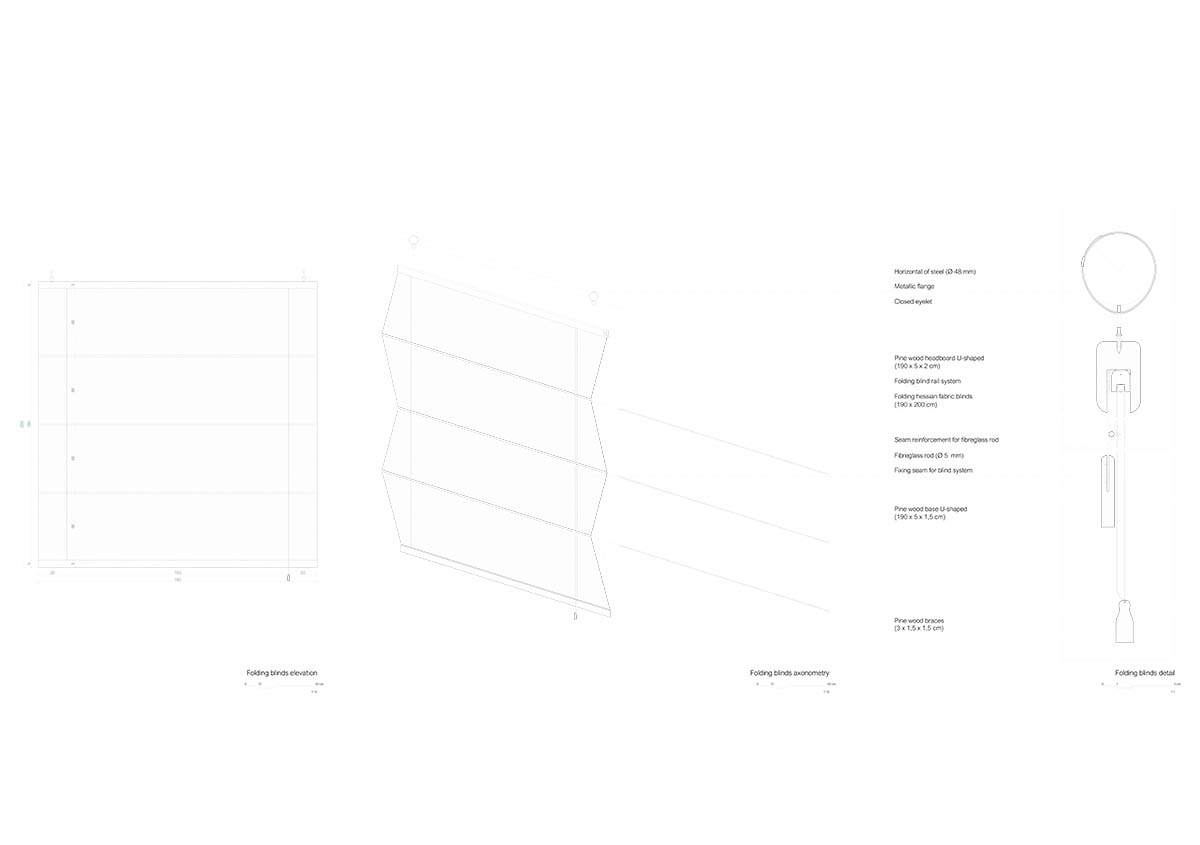 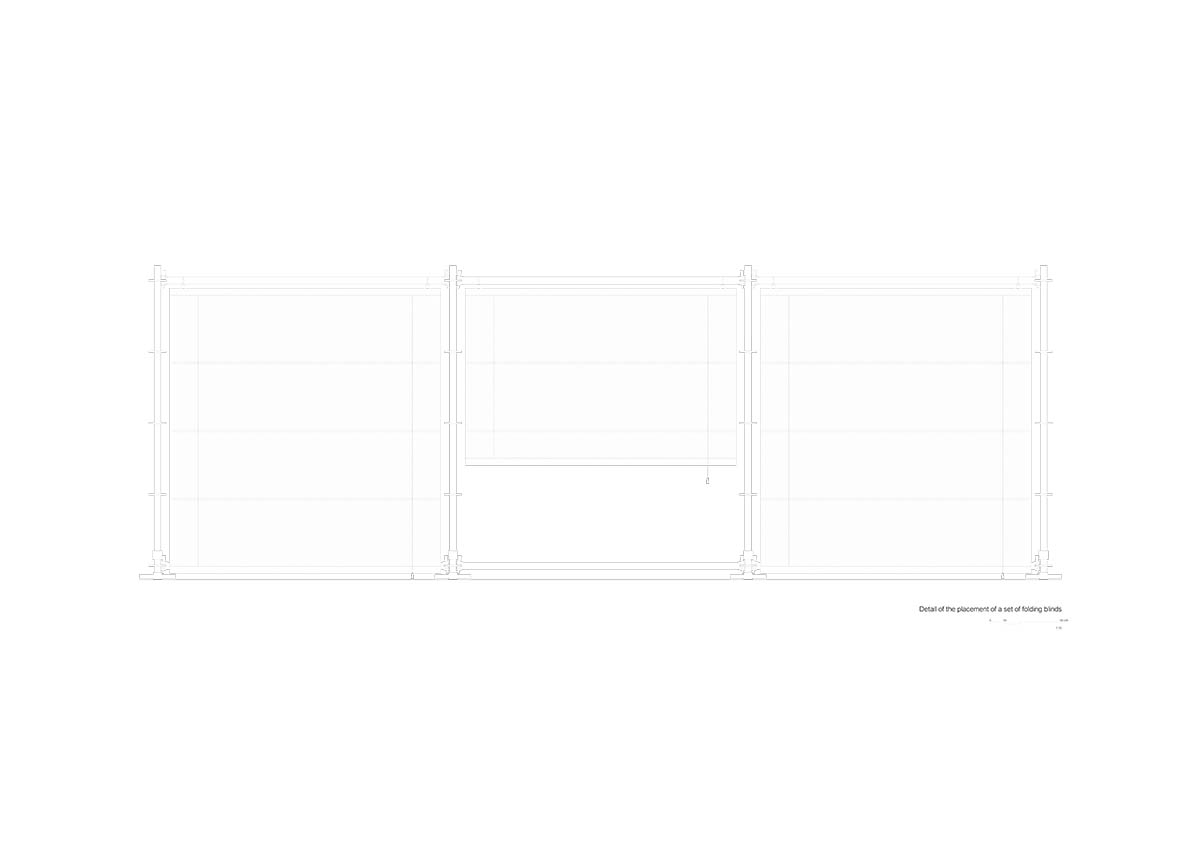 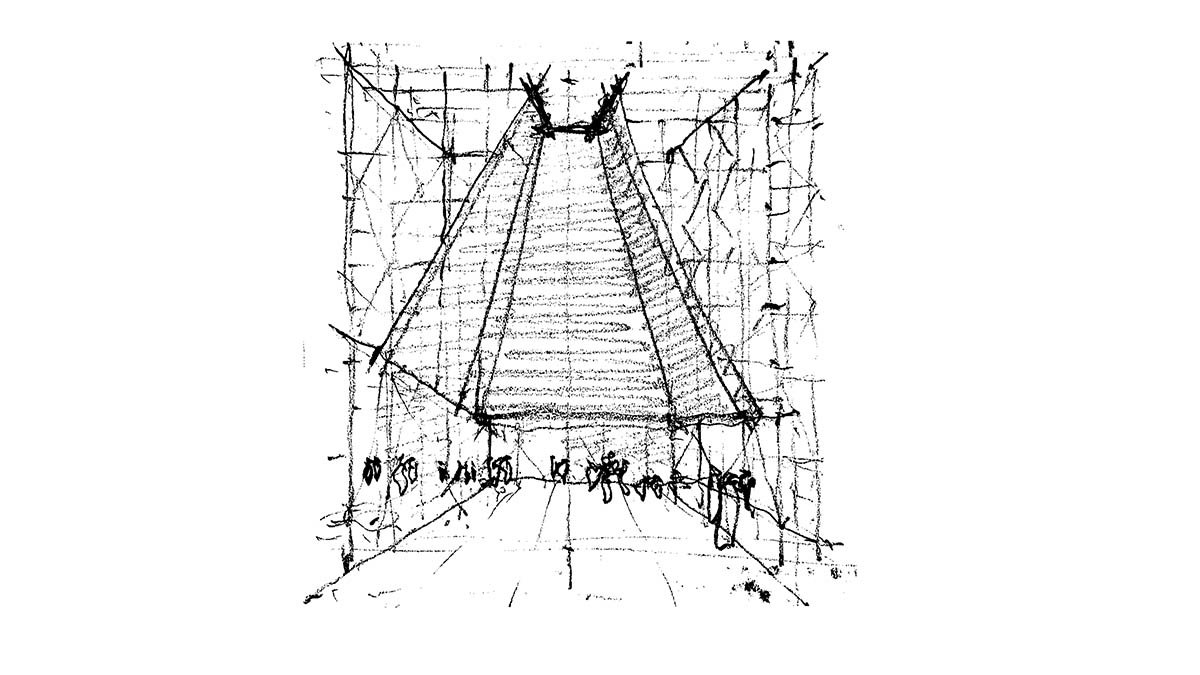 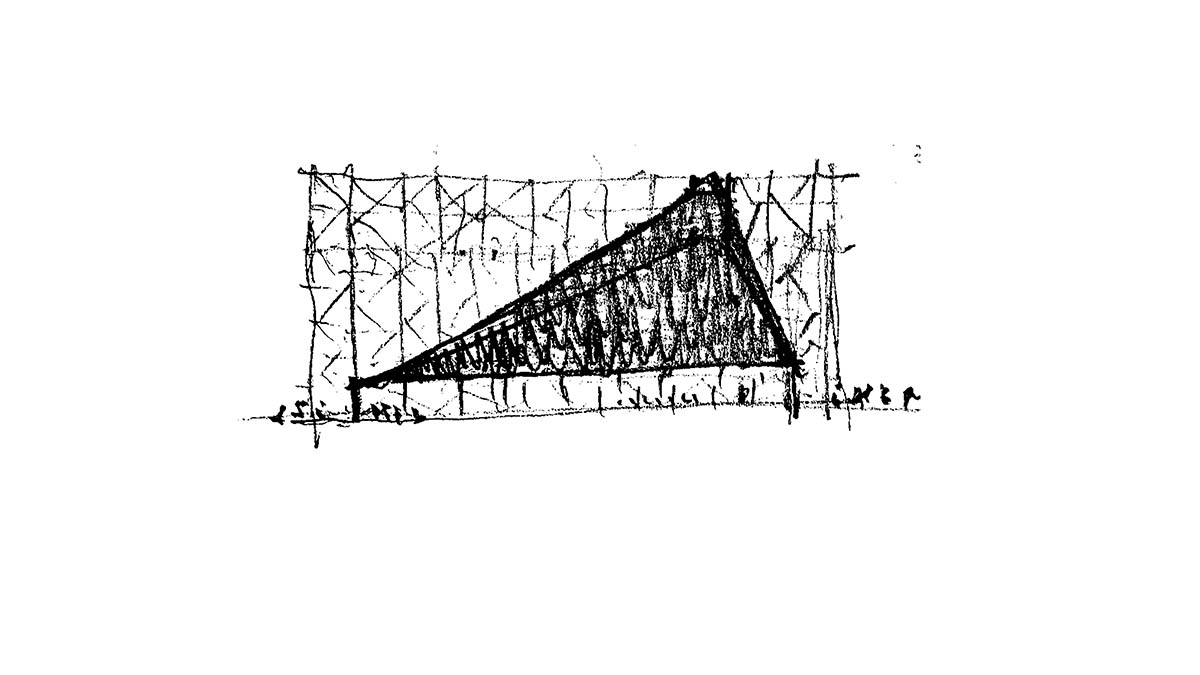 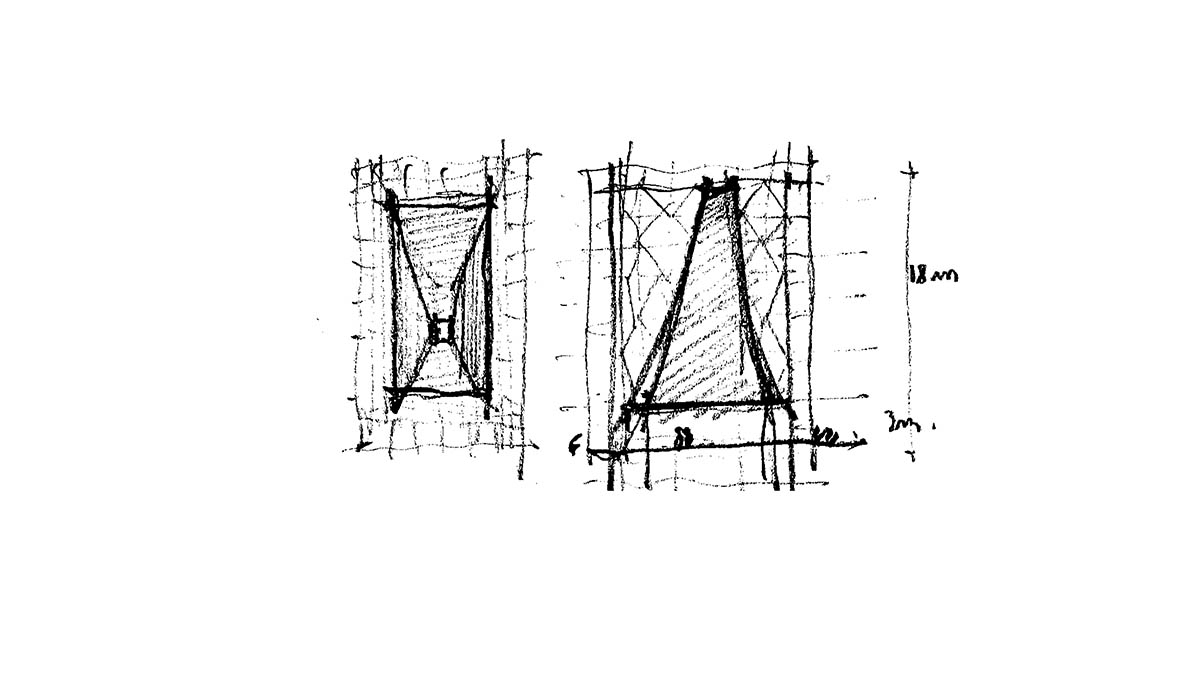