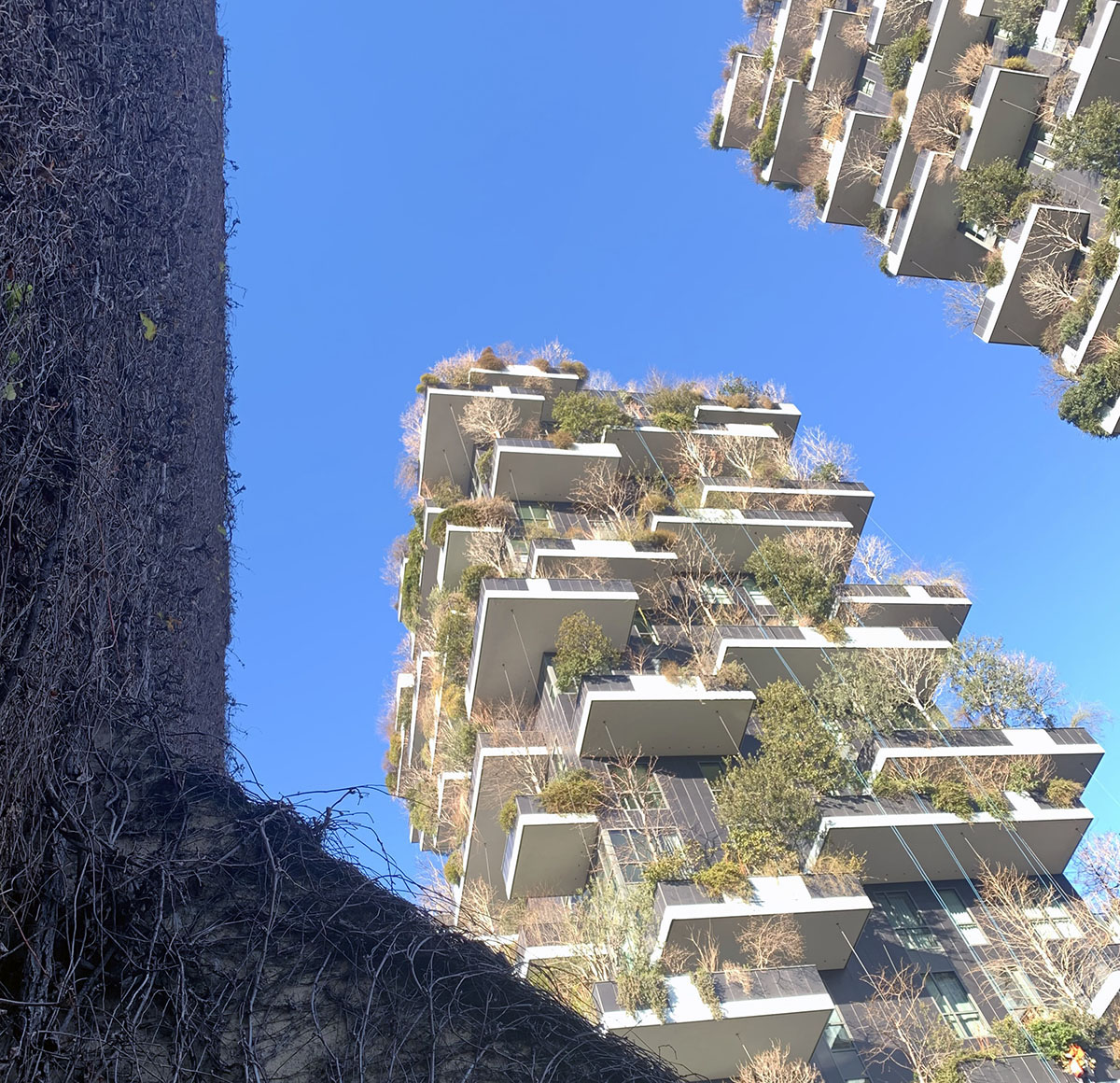 The world has changed and is changing even faster: we need to rethink everything! This is the abstract of the conference held on November 26, 2022 at the Salone d'Onore of the Milan Triennale, during which Stefano Boeri and Michele De Lucchi, in a dialogue moderated by Giuseppe De Bellis - Director of SkyTG24, shared their views on how to rethink the future. A debate that is part of the tenth edition of the Studio in Triennale event of the Rivista Studio network, which focuses on the need for new ideas for the uncertainty of the future. 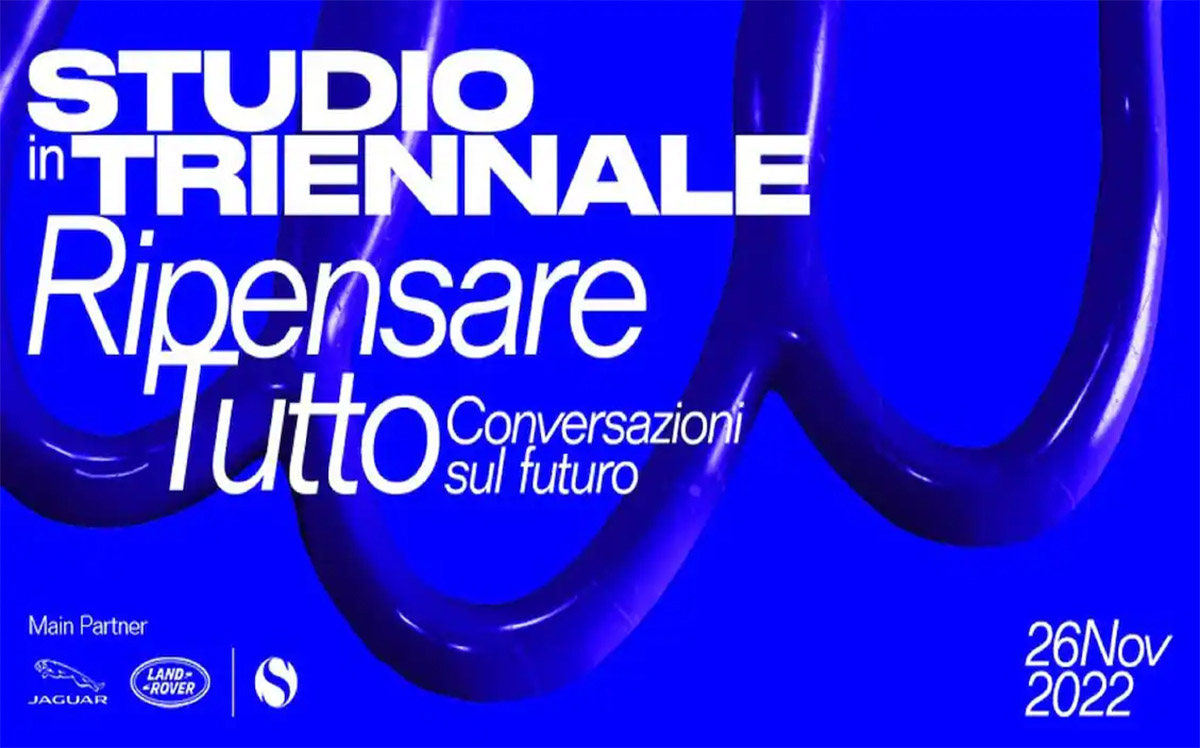 According to Stefano Boeri, today we must move toward an "extraordinary acceleration." Indeed, he says that "recently we have had too many unimaginable shocks: from the terrorism of Sept. 11, 2001 and its dramatic developments, to the financial crisis of 2008, which undermined previous international balances, to the pandemic that challenged both the life and the relationship between man and nature." "And then the war in Ukraine, which highlighted how much diversity, conflict and absurd fury count, in total contrast to the previous pandemic period, which had instead united us as a human species. If we then look at all these events against the background of climate change, we realize how many shocks have occurred in a very short time."  This synchronous and asynchronous reading of past events leads toward a vision of an even more disruptive future. Thus, we can no longer speak of a "linear future" like that of the last century, but of an accelerated and “exponential future”. In this regard, Stefano Boeri, quoting a definition by Franco Bolelli, speaks of an "instantaneous future”: a near future in which choices must be made immediately." That is why", as he says, "it is necessary to act now, to accelerate our daily choices, because these will produce effects in the next fifteen years." "What we do today will produce results that our children, our grandchildren, will see in a generation." 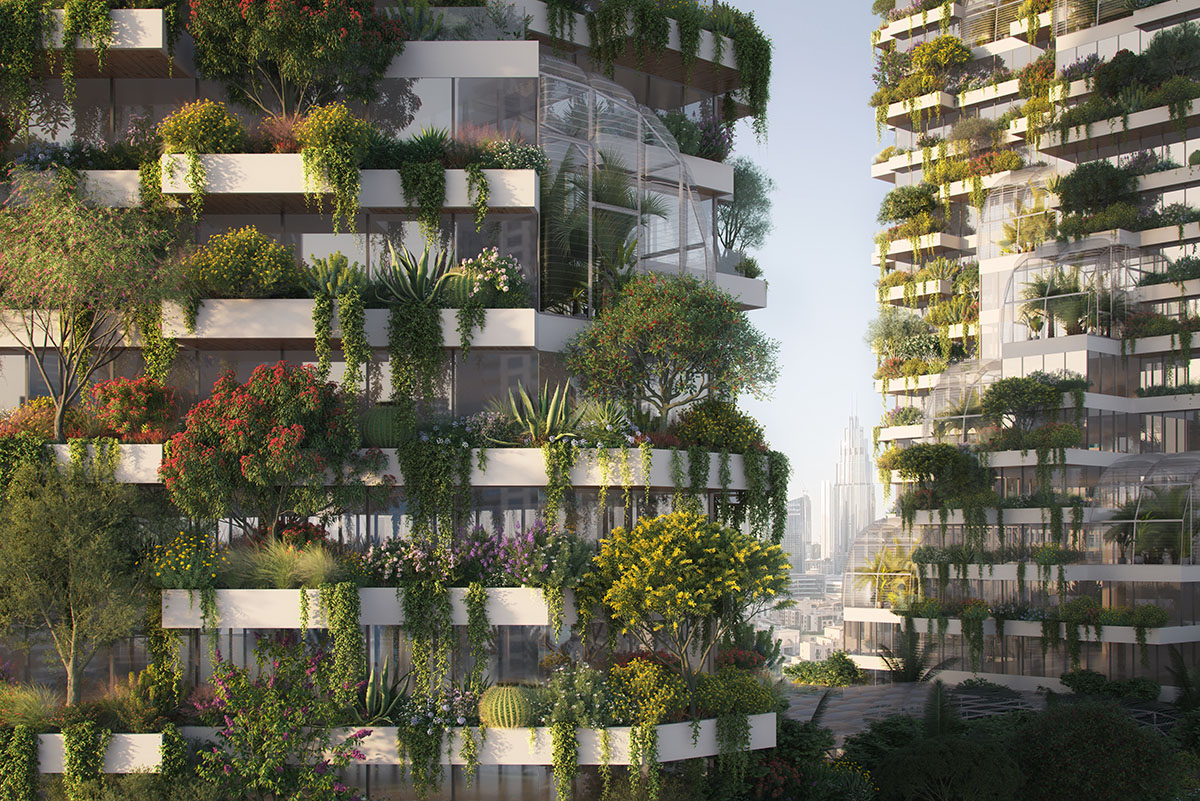 However, such a vision does not coincide with the need to radically change the concept of inhabiting the world, but with the need to rethink views and working methods. "Our species has chosen the city as its prevailing habitat. All exchange of cultures, emotions and stories takes place in the city. Therefore, the city remains the choice of where to live. In Italy we have some big cities, many medium-sized cities and many small towns that are extraordinary villages, sometimes abandoned, and that are also fantastic living and working spaces." According to Stefano Boeri, these small towns should be recovered through a project of political, demographic and economic development of the country, which could thus encourage the swing of activities from large to small towns. In this regard, in fact, he says, "let us not forget that these places give us clean air, clean water, the best food, as well as our traditional culture."  This is an example that indicates how behavioral changes in approaching the future privilege the recovery of resources or concepts that already belong to us and that we often "don't know we don't know," as belonging to a universal vastness that eludes us. In this sense, the future of our cities may be represented by "unknown unknowns," as recounted by the Triennale's XXIII Universal Exposition, from July 15 to December 11, 2022. All within a museum that, as in Boeri's words: "is conceived as a school to attract talent and disseminate knowledge in an encoded way." A means to provide new perspectives and visions of the future. 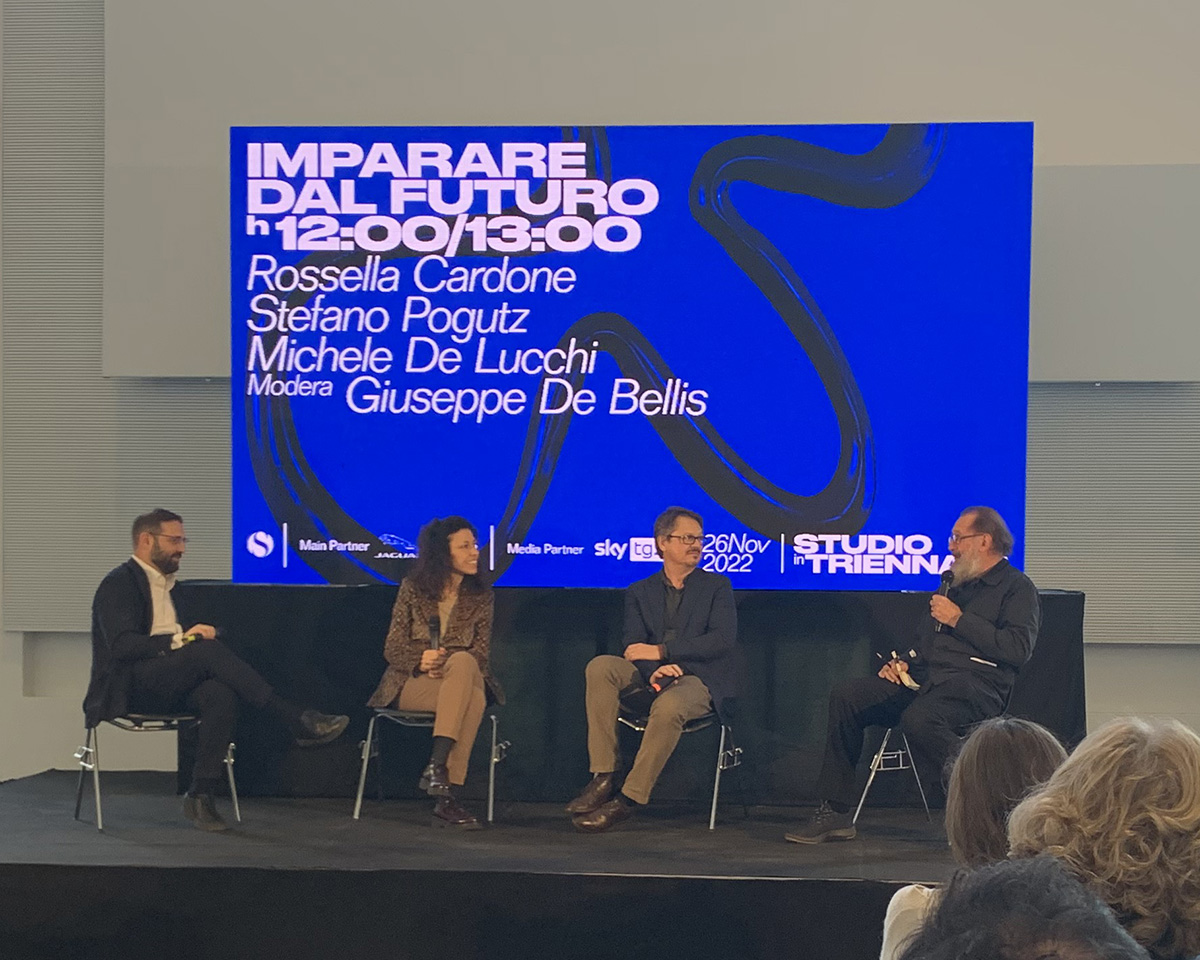 Still talking about the future, Michele De Lucchi emphasizes the urgency of immediate action. In this regard, he confesses that he is distressed by the future by saying: "what we are doing is too little compared to what should be done in the so-called exponential era." He tells this by using a metaphor: an image in which he remembers descending a mountain peak on skis: "first I was going slowly and so I could look at the landscape, feel the air on my cheeks. Later, when I picked up speed, I began to lose the view of the landscape along with the perception of the air. Finally, when in the descent the speed increased so much that I could no longer understand what I was doing and where I was going, I was just trying to save my life and not crash into a tree!" A vision that tells how the angst of the exponential future stems precisely from the loss of control during the acceleration of events. However, at the point he states, "if the exponential age brings us all the technology that can solve the problems of the past, we will probably be saved by the skin of our teeth." Getting there will in any case require rethinking everything from the assumption that: "we behave according to an ideal of living in prosperity that is not necessarily correct." Thus, recalling the phenomenology of the unconscious, Michele De Lucchi says, "only 20 percent of our actions come from conscious, rational choices, while everything else is conditioned by our habits, upbringings and cultures." Often our behaviors are the result of teachings received in another era, "but today we have an 80 percent chance to change, to face the future differently."

Michele De Lucchi says he replaced the word sustainability with the word fertility. This is because according to him sustainability is often associated with despair, deprivation and suffering, when the true meaning of the term should be to produce life and wealth. Whereas, in a vision of the future, "a new building, instead of consuming, might fertilize the soil. A car, instead of polluting, could produce oxygen." For Michele De Lucchi, we can learn from the future by imagining the end of organic life, to consider that in that unfortunate case plant life may still survive on the planet, just as we imagine happened other times. This "gives us guidance today on how to use the world's vegetation for the benefits of our own fertile future." In addition, according to Michele De Lucchi, precisely such vegetative life ensures the biodiversity of our planet and, for instance, distinguishes the ecosystem of a natural forest from that of a monoculture forest. He says that, "entering the former you can hear the gigantic din of all the animals present: fish, parrots, insects, monkeys; while in the latter there is a deafening silence. This is because the silent forest represents the absence of life" "Instead, the life of the natural forest sounds like biodiversity!" Likewise, architect De Lucchi says that even in the city of the future, there must be din to tell: "the most absurd diversity of a noise disaster of people who "work well." Very different from what happens in the suburbs of our cities, where everything is homogenized to be efficient, and there is silence instead. That is why we gladly go to chaotic cities like Tokyo, New York, Shanghai. That's why in the future it will be necessary to make “diversity” work well in big cities!" "Likewise, it will also be necessary to be able to deal with the contradictions presents in our world!"

According to this view, the “future also teaches us” that we have cultivated little talent, and that talent will instead be needed to deal with the contradictions of the present and the future times. In addition, on that topic Michele De Lucchi recounts a trend-taking place in Germany, where many designers are being hired for activities that are not necessarily design-related. To solve problems, De Lucchi says, "We are in fact counting on people's emotional intelligence, because what is often lacking is a design spirit." "In the future of the exponential age, it will be necessary to have the input of talents who have those design skills that allow them to find practical solutions quickly." Those skills that enable people to "rethink everything" efficiently.