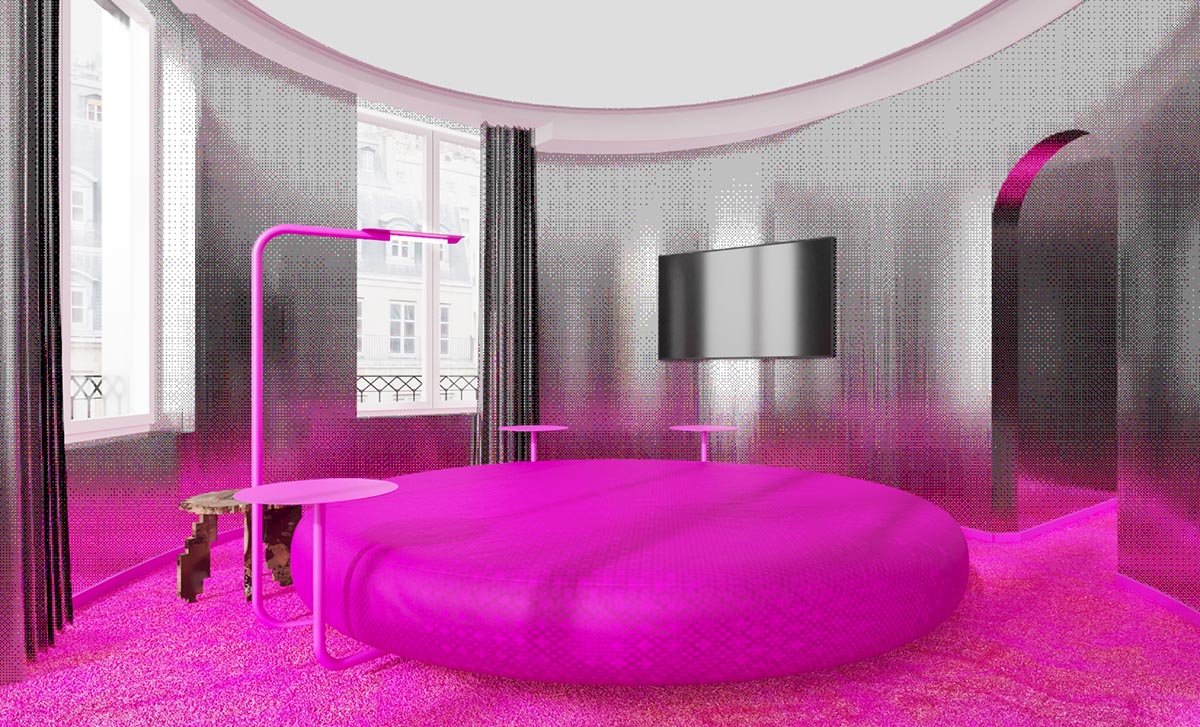 New York and Paris-based artist and designer Harry Nuriev, founder of Crosby Studios, has resurrected the legendary Hôtel La Louisiane's most mythical rooms with bold pink colors in the metaverse, with a site-specific, mixed-reality installation at Hôtel La Louisiane in Paris, France.

Called Room Thirty-Six, the special project has been created for the fifth edition of the Bienvenue Art Fair, which took place from October 20 to 23 at Hôtel La Louisiane in Saint-Germain-des-Prés and showcased a selection of curated projects, each occupying a mythical room within the famed hotel. 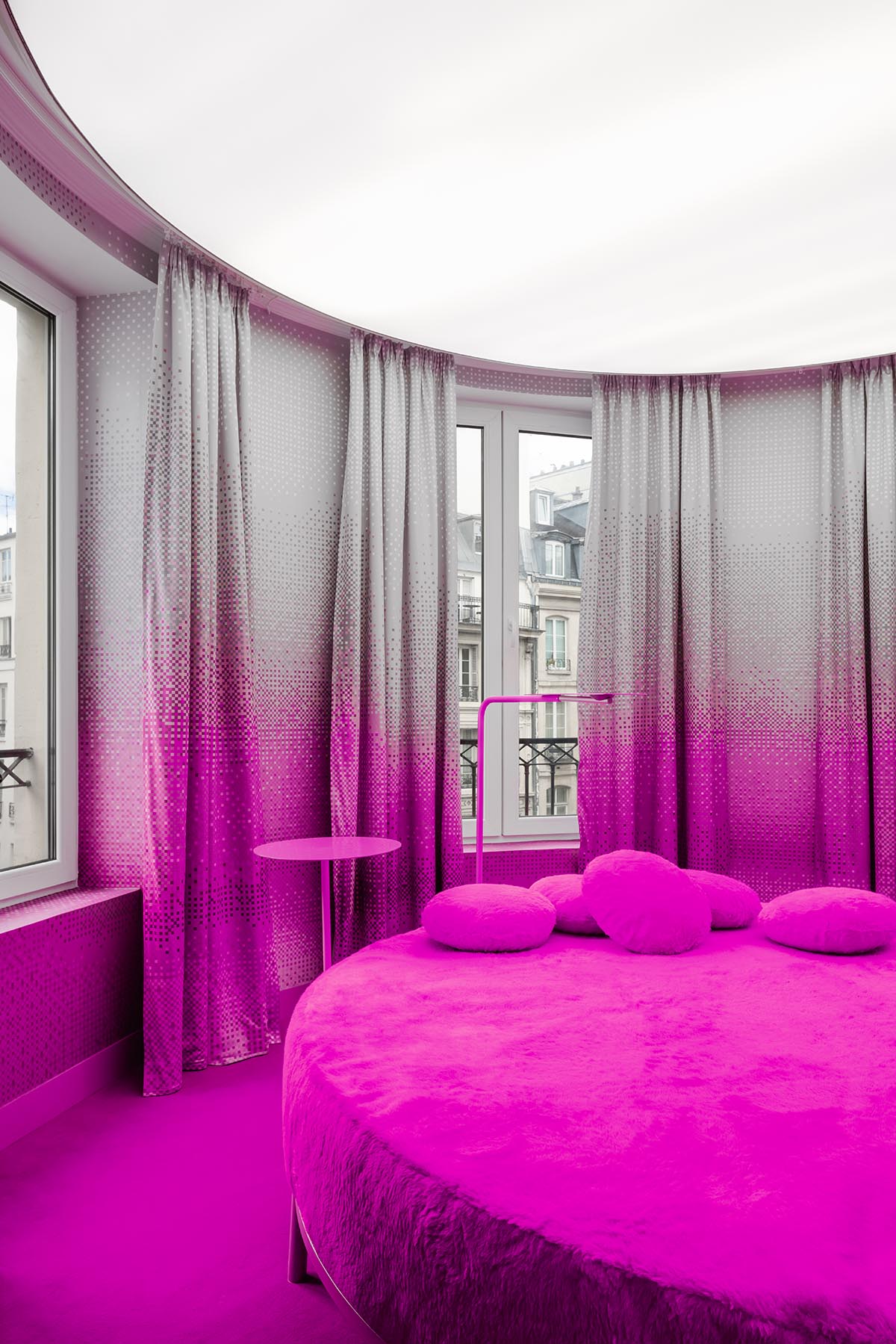 Although the Bienvenue Art Fair has ended, Room Thirty-Six will remain in place at the iconic property where guests and visitors from all over the world will have the opportunity to book a stay in the futuristic-designed space.

With Room Thirty-Six, the artist Harry Nuriev takes visitors into a colorful and futuristic journey by decorating the rooms with grey-colored pixelated rooms and pinkish floors, objects created in the metaverse. 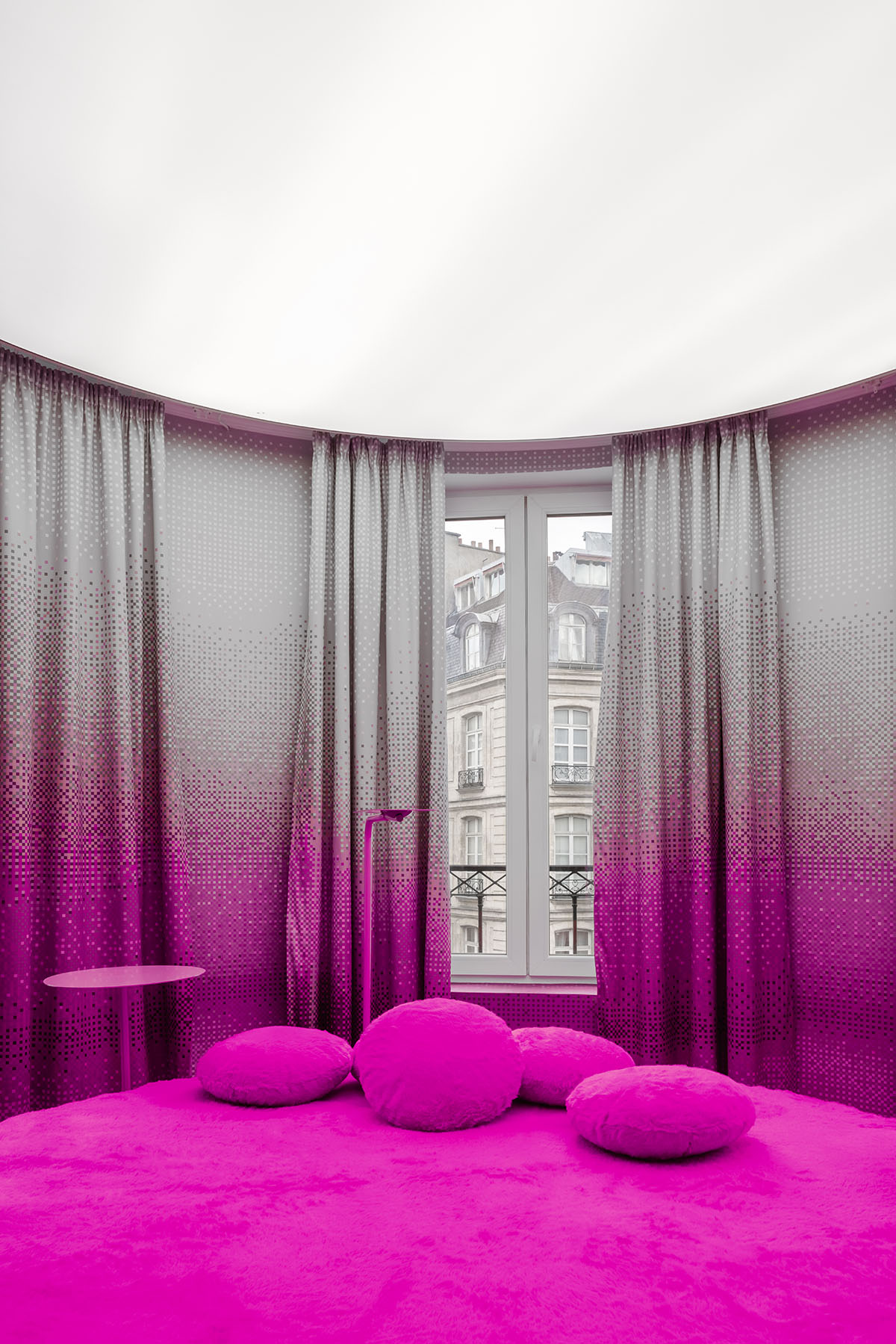 The artist activates the largest of the hotel’s three oval rooms — which have been favored by artists, writers, musicians and actors since the 1930s by rejuvenating its unassuming decor through "bright splashes of color, sculptural furniture pieces and a circular bed frame reminiscent of a love hotel."

While visitors experience the redecorated room in real life (IRL), they are invited to explore the different worlds of the rooms and the installation via a comprehensive, hotel-wide virtual rendition of La Louisiane in the metaverse. 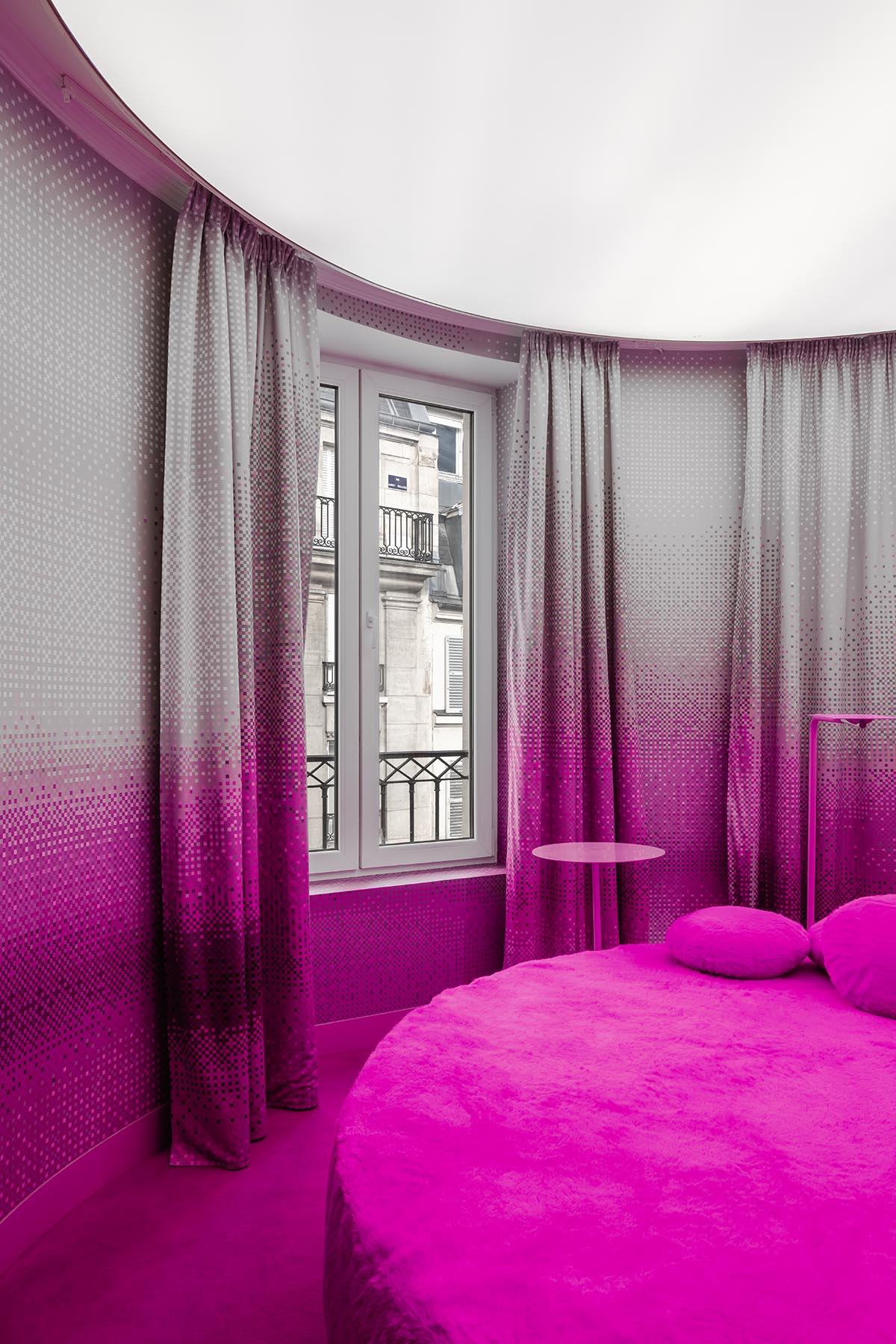 Also artfully designed by Nuriev, the virtual iteration of the property offers an extensive reimagining of the hotel’s lobby and gardens as well as a series of bedrooms.

"In places as legendary as Hotel La Louisiane it feels as though the past is present with you. The walls hold so much history it almost feels  like the room’s previous guests have continued to linger and are watching you," says said Nuriev.

"This sensation extends through the Hotel La Louisiane, where it feels as though individuals from the past remain with us, watching us go through our everyday motions."

"This is what inspired the collection of security camera images and NFTs. I wanted to briefly imagine past guests of the hotel — both dead and alive — are present with us,  witnessing us explore the metaverse. For guests like Simone de Beauvoir, Nan Goldin, Jean-Paul Sartre and others, the cameras would offer a window into our current mixed reality and a way to see the immense change," Nuriev added. 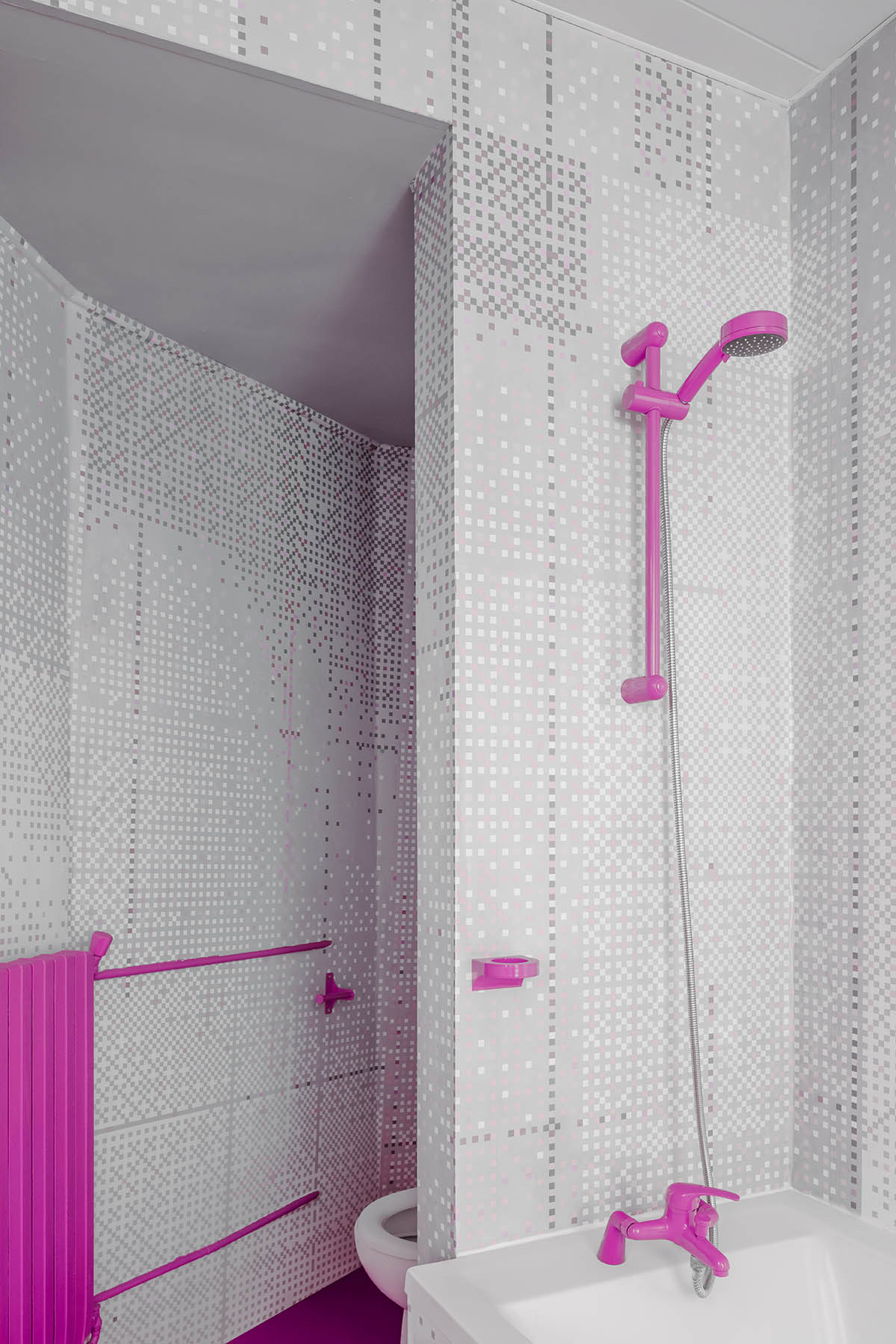 In addition to physical installation and metaverse experience, Nuriev has also developed a limited collection of NFTs that provide opportunity to buyers on what it might look like to watch guests linger in the halls of the meta hotel through a CCTV security camera.

Each view depicts a different view of the virtual environment – the waiting area, courtyard and an elevator – with just 33 copies available of each variation. 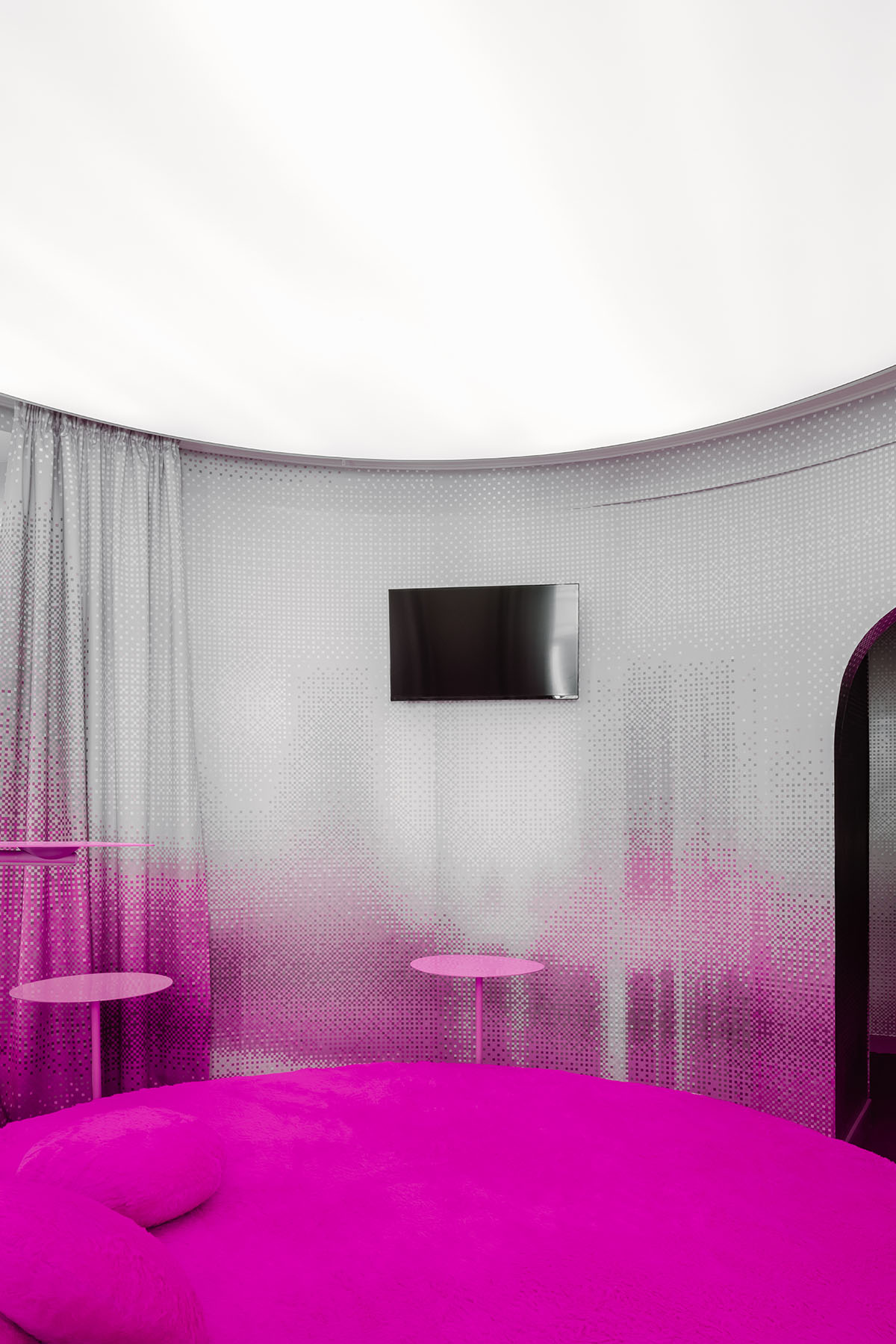 After a NFT owner purchases any of the NFT tapes for one week, the owners will receive a room key NFT, giving them access to an explorable version of Room Thirty-Six  within the metaverse, an annex to the 3D replica that they and their avatars previously toured in the metaverse. 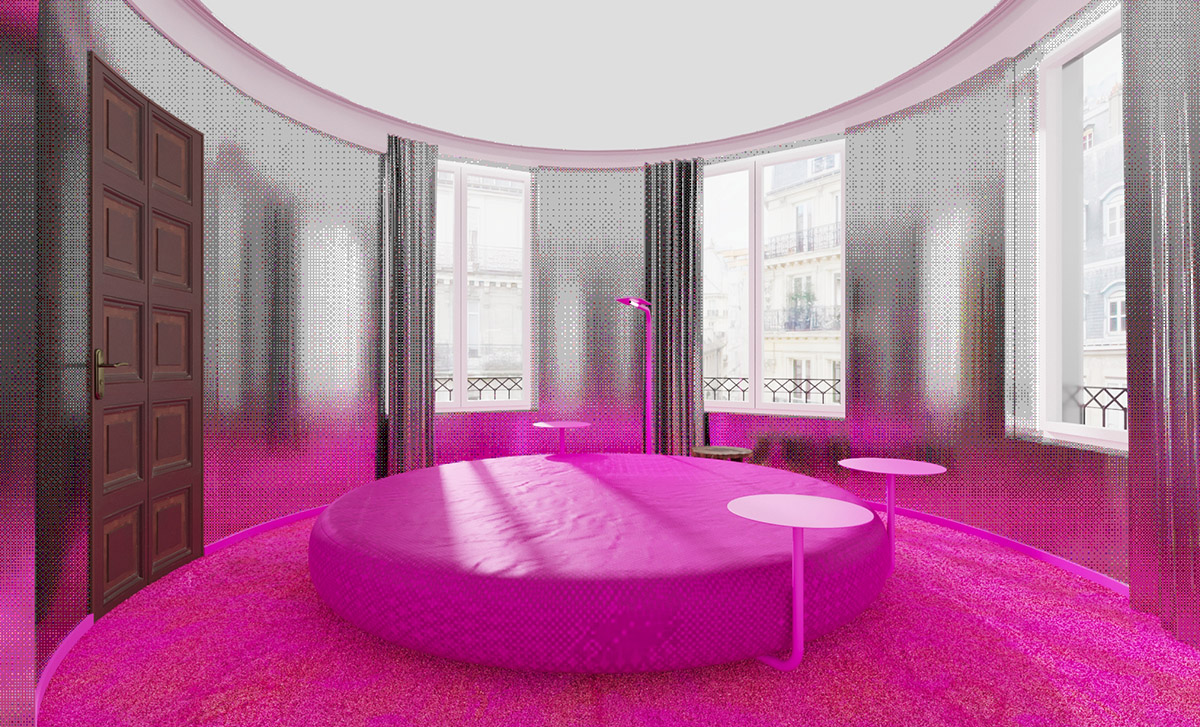 "In room 36, the absence of strong angles gives the impression of a room forgotten, left behind at the very end of the third-floor corridor. In this way the  space lends itself to all forms of creation and original layouts," said Bienvenue Art Fair Founder Olivier Robert.

"Historically, room 36 is one La Louisiane’s most mythical rooms – Barbet Schroeder filmed scenes from his film More in the space,  and Amanda Lear briefly resided in it. It has garnered an illustrious legacy over the years, causing individuals like Quentin Tarantino and so many others to continually request this room and not another when visiting!," added Robert. 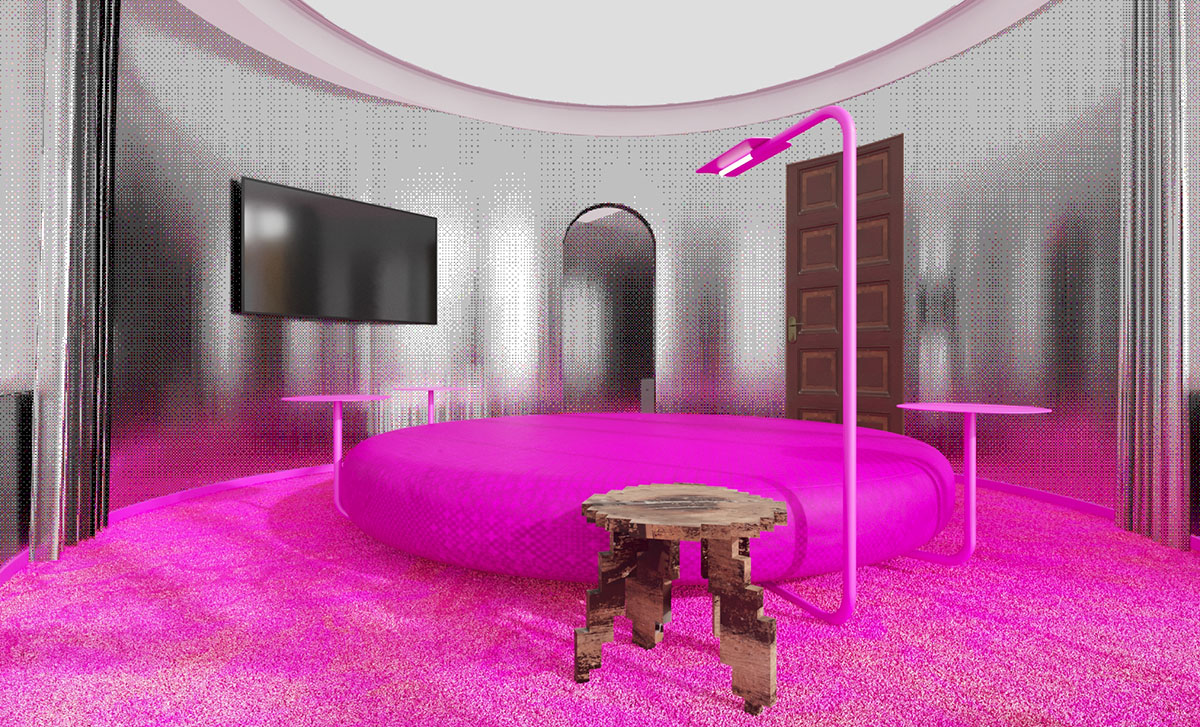 The collection of NFTs is purchasable in cryptocurrency (Matic) on the polygon network on Hôtel La Louisiane. 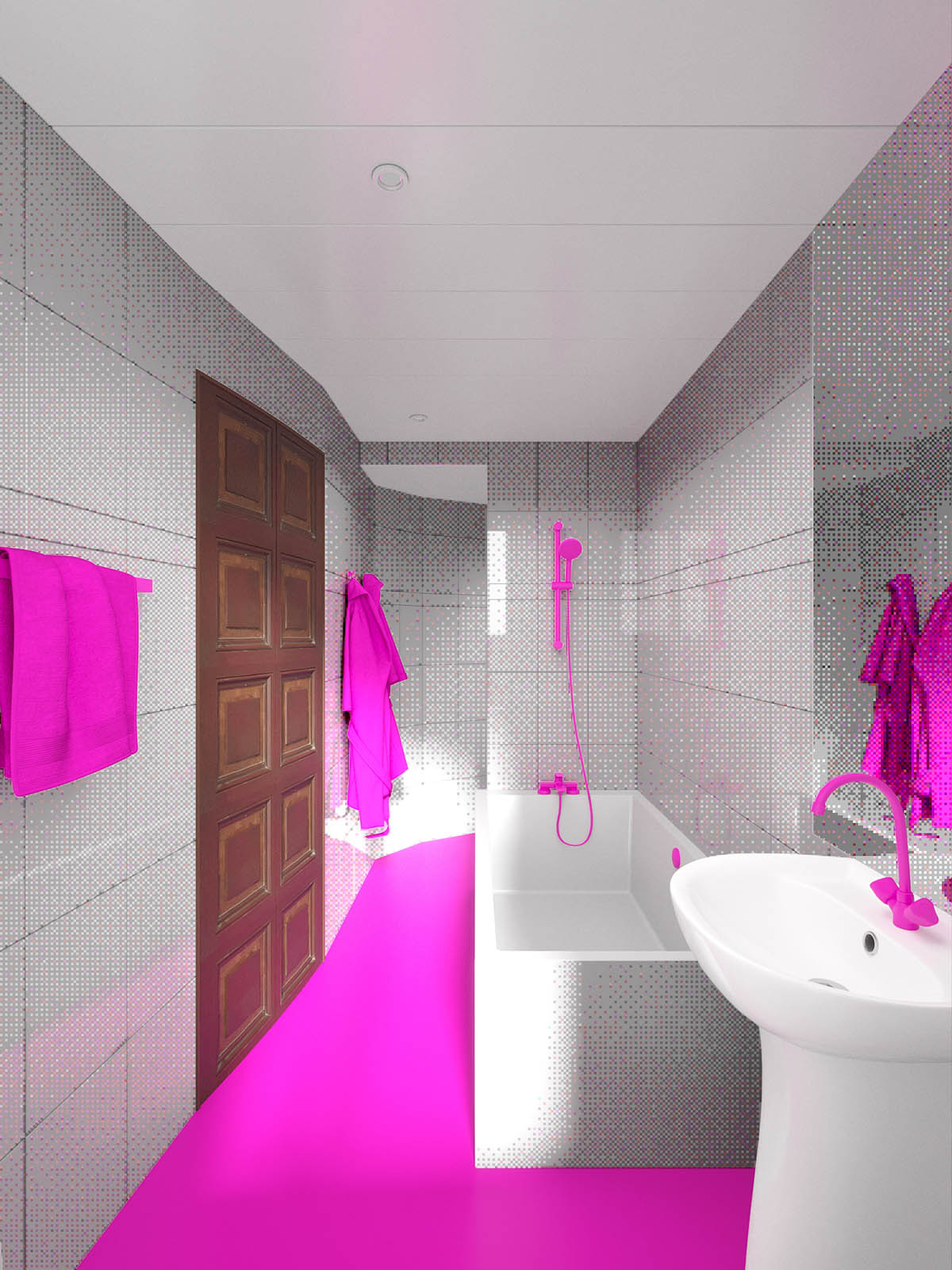 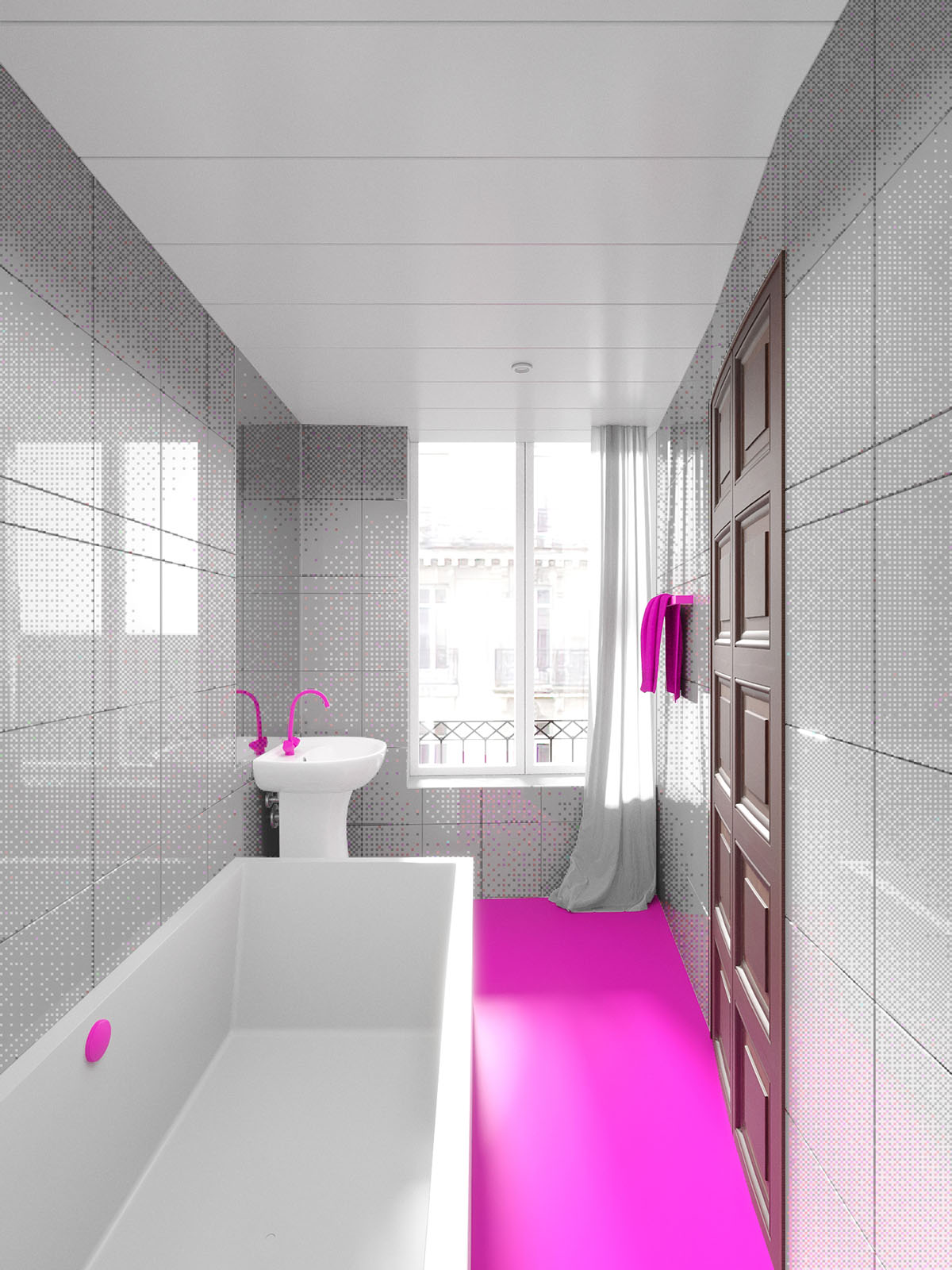 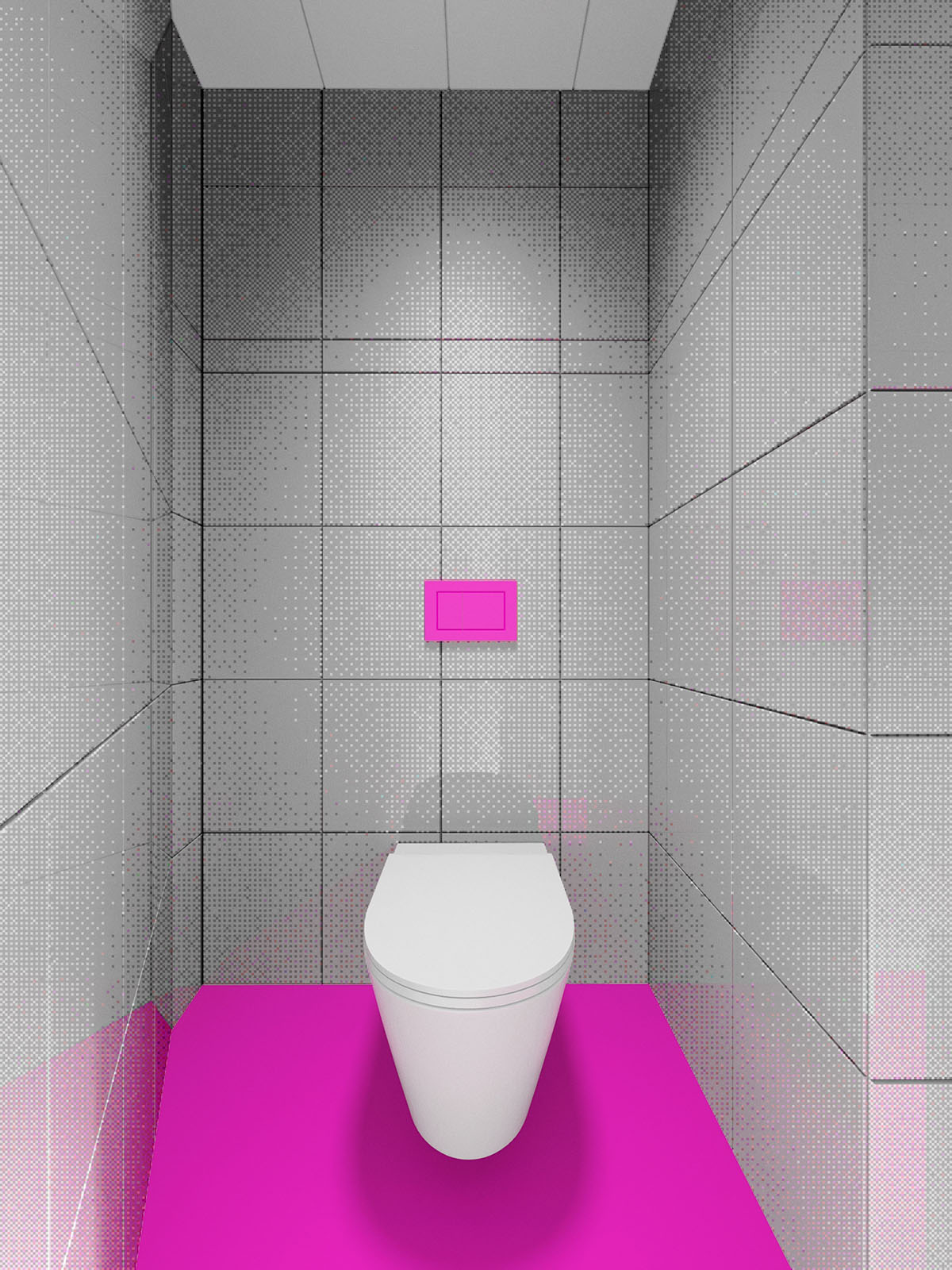 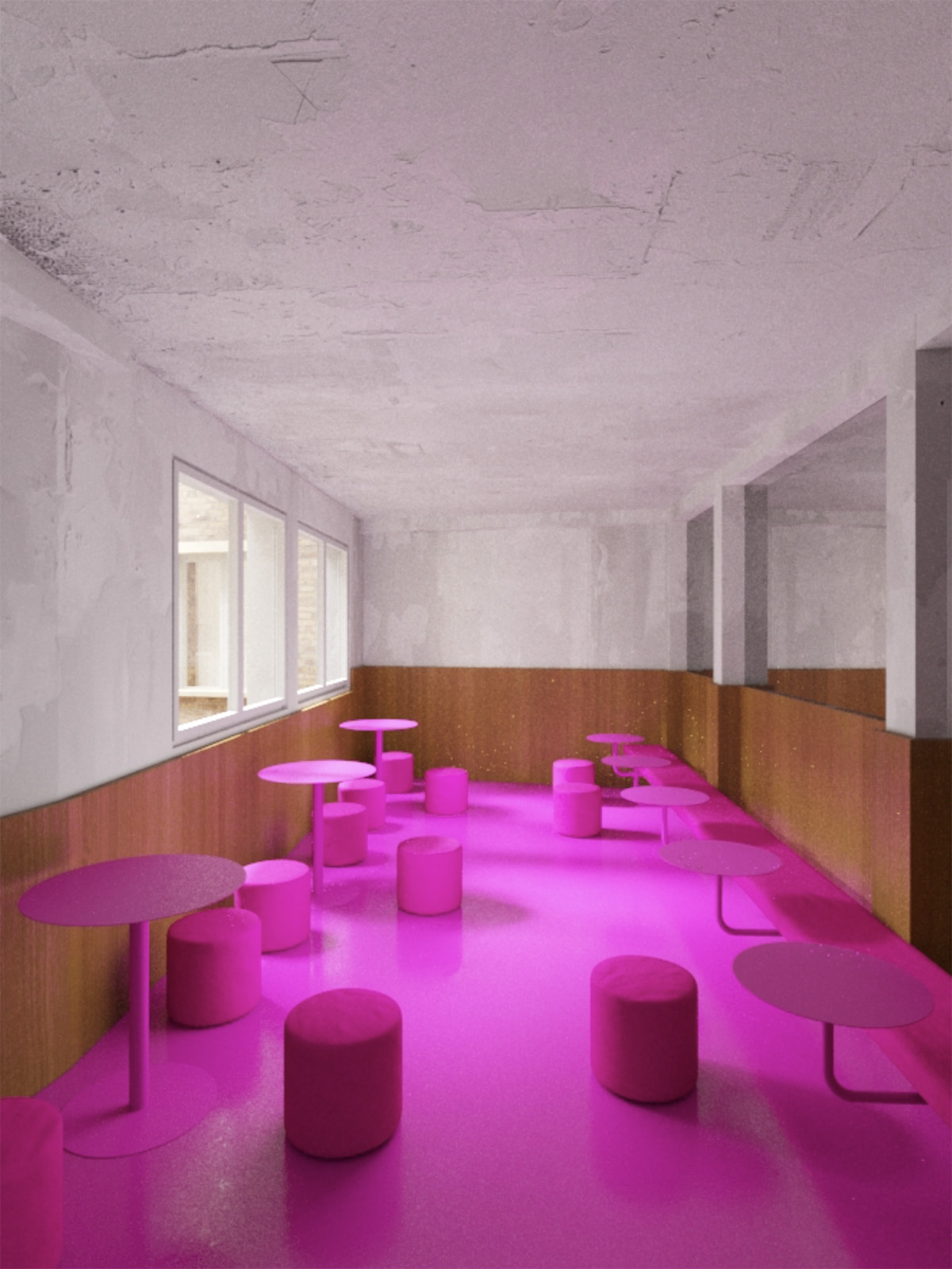 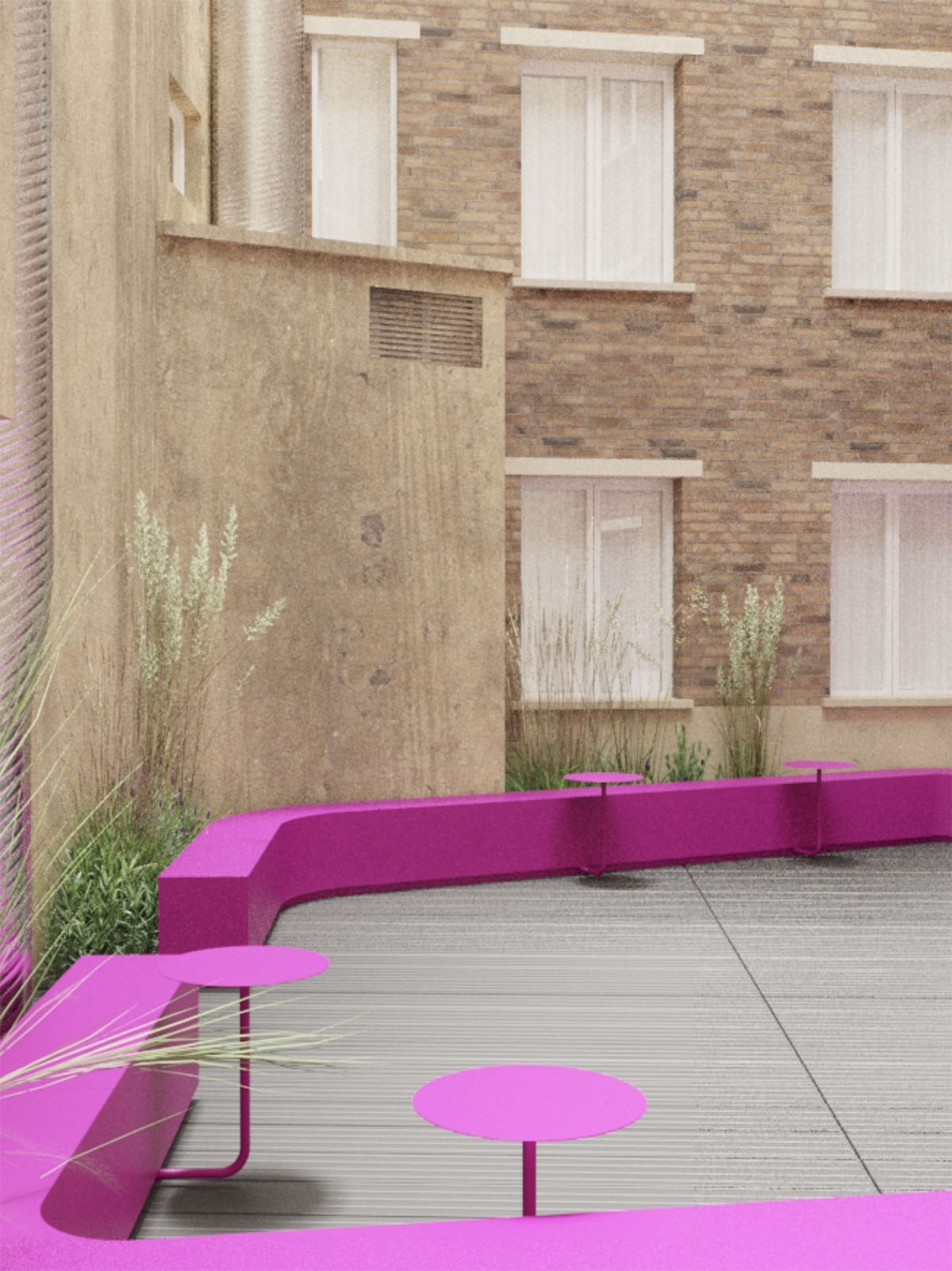 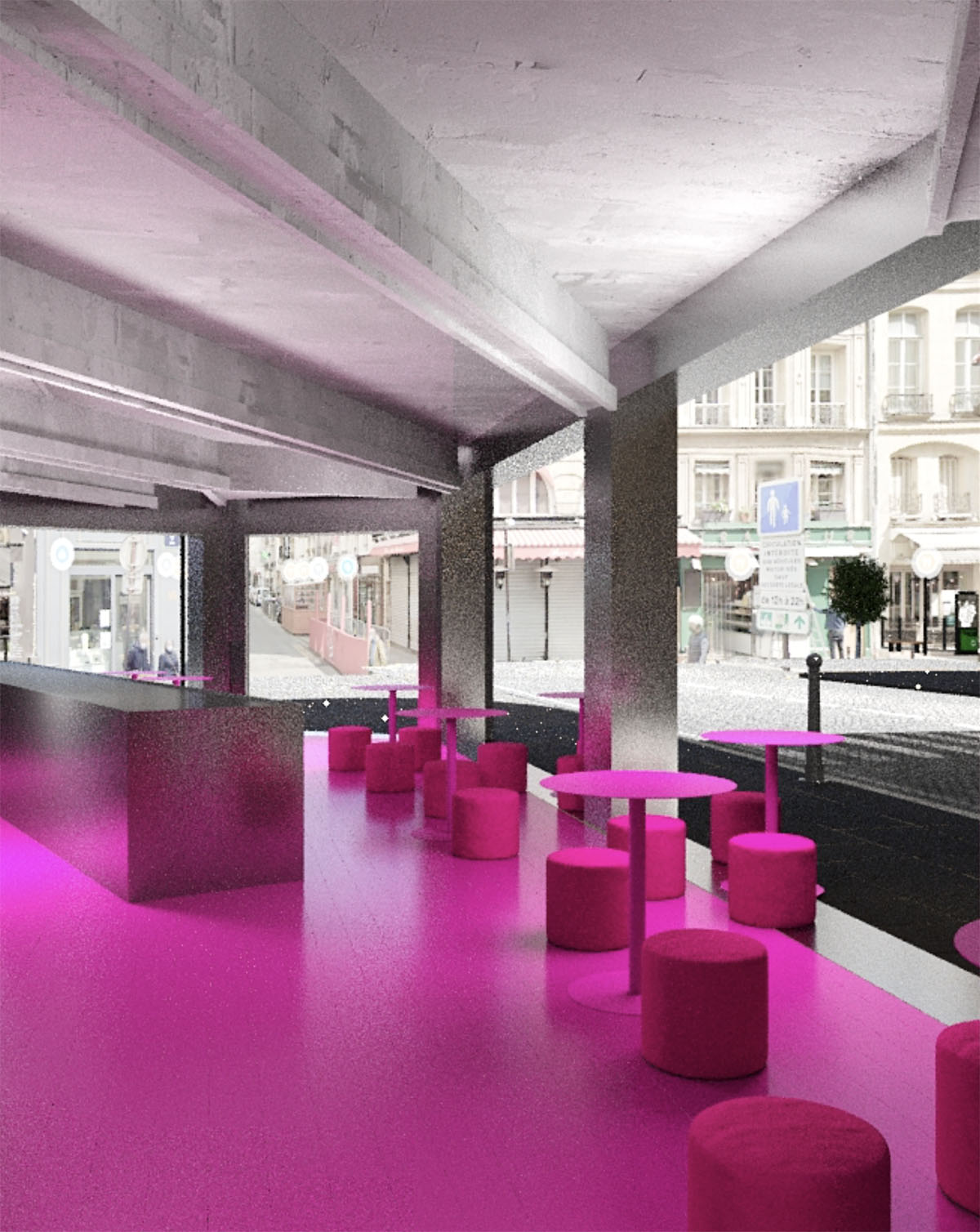 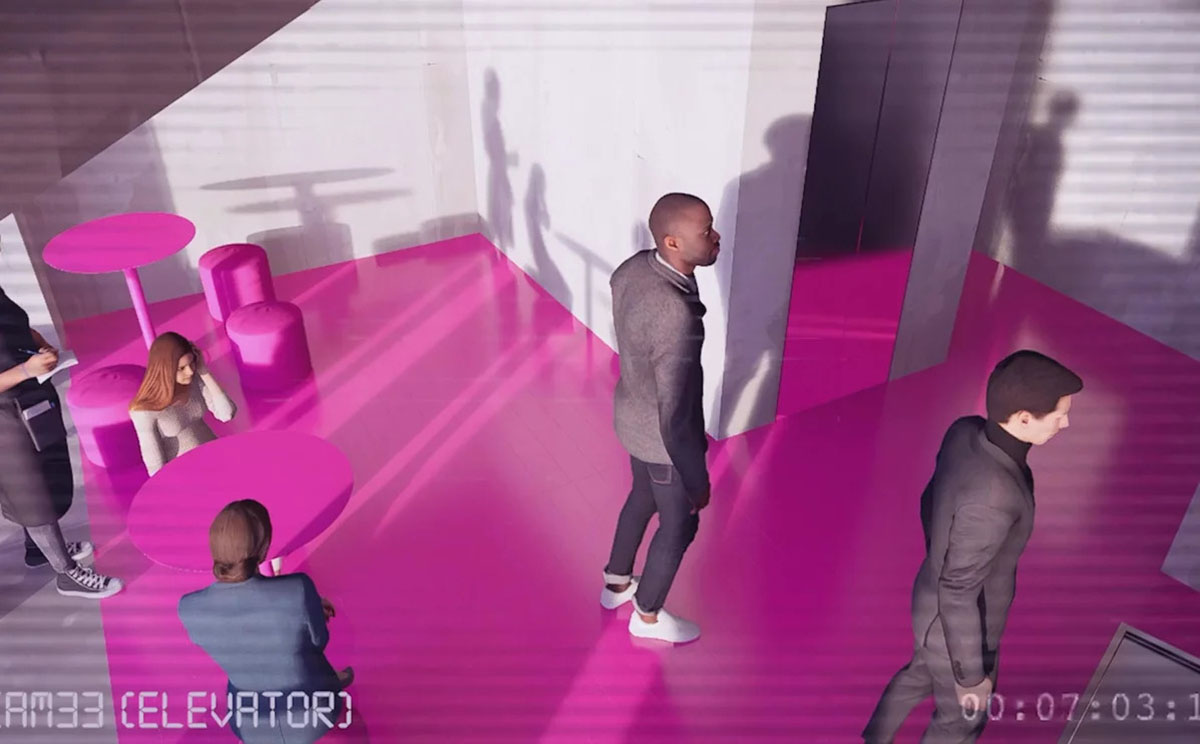