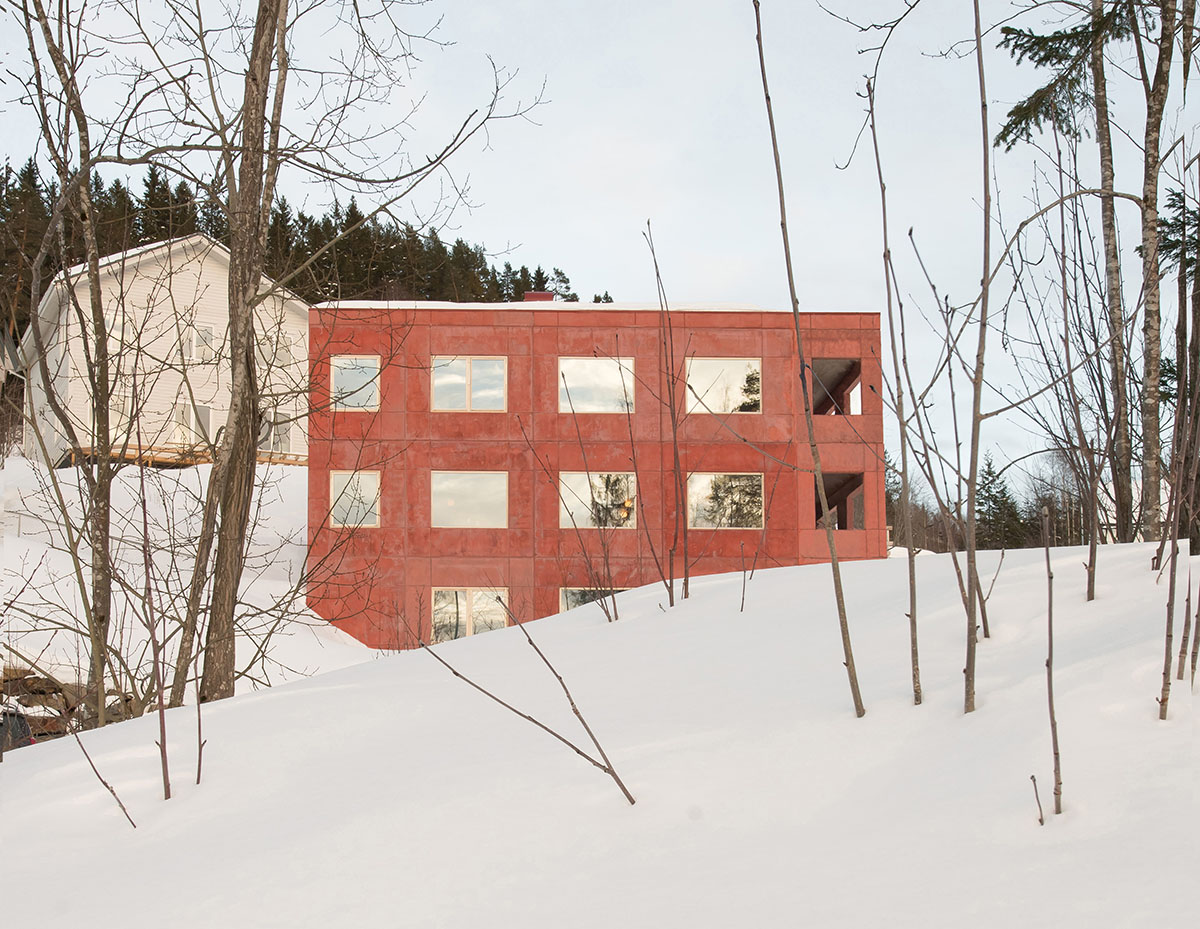 Named House In Red Concrete, the 360-square-metre home was envisioned for a three-generation family who also took part in the construction process.

Situated on a steep topography in the town of Lillehammer, the house consists of a large programme that can serve for future needs of a three-generation family members. 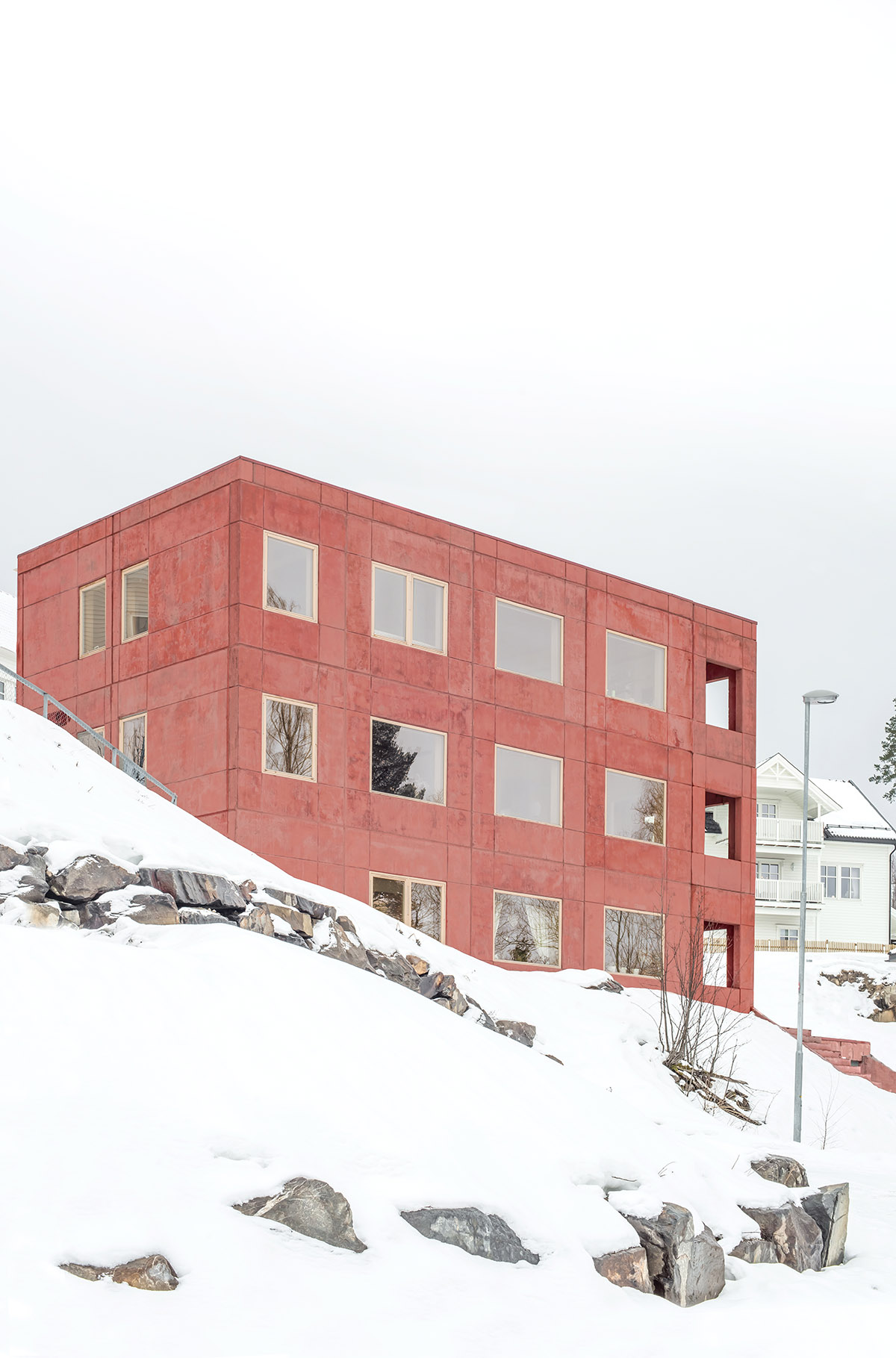 Built with a limited budget, staying in a pre-defined limited budget was an important factor for the studio. "We needed to find solutions that were affordable and that would suit the intended use," said Sanden+Hodnekvam Architects.

According to the studio, the house contributes to different forms of living such as co-operative housing, self-built housing, intergenerational housing and other home sharing arrangements. 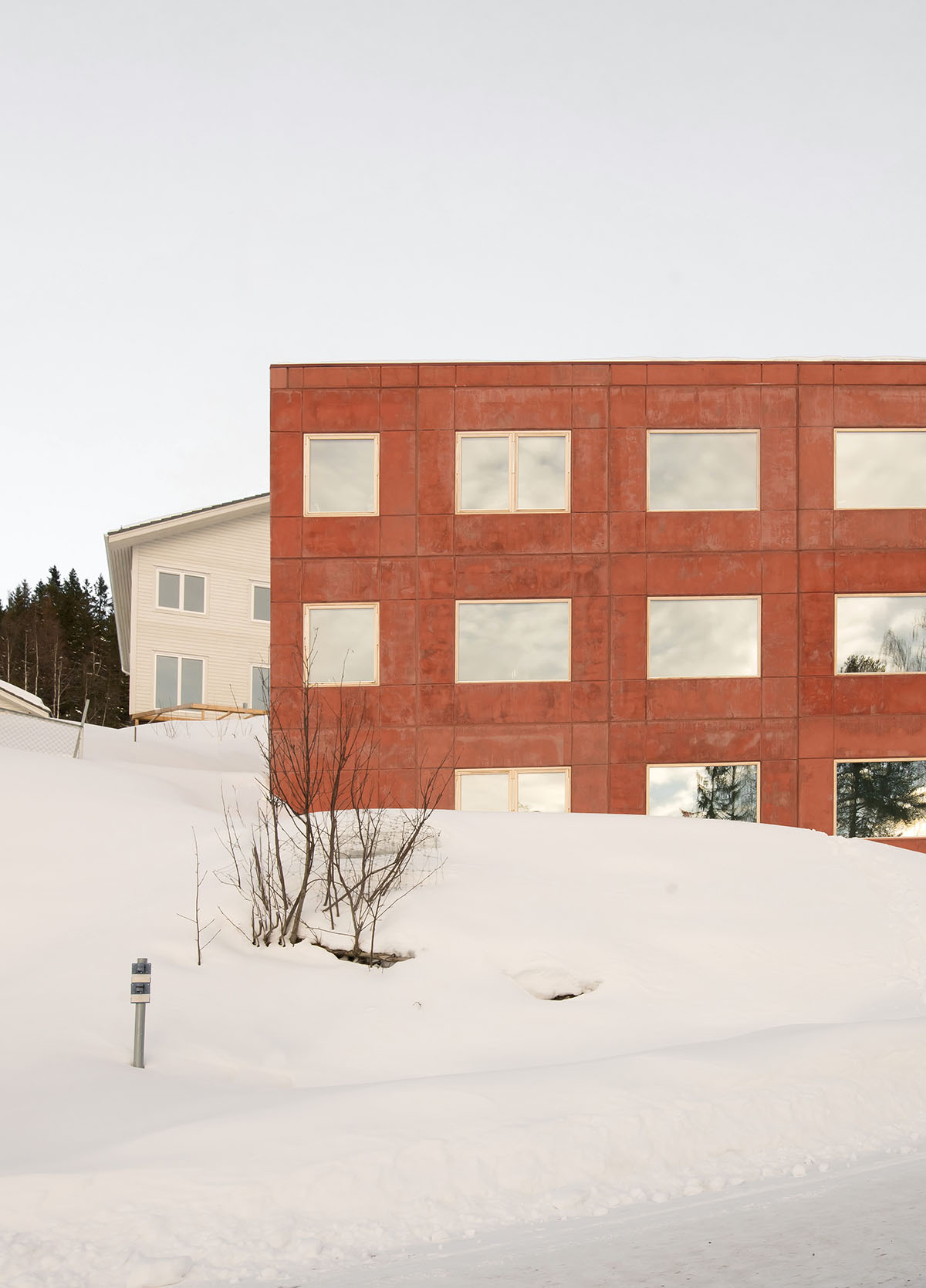 The house features repetitive, prefabricated and insulated-concrete elements on its façade, which gives a distinctive outer appearance to be noticed from afar.

The studio arranges independent inner walls so that the clients can have a generous house and adapt interiors according to changing needs. 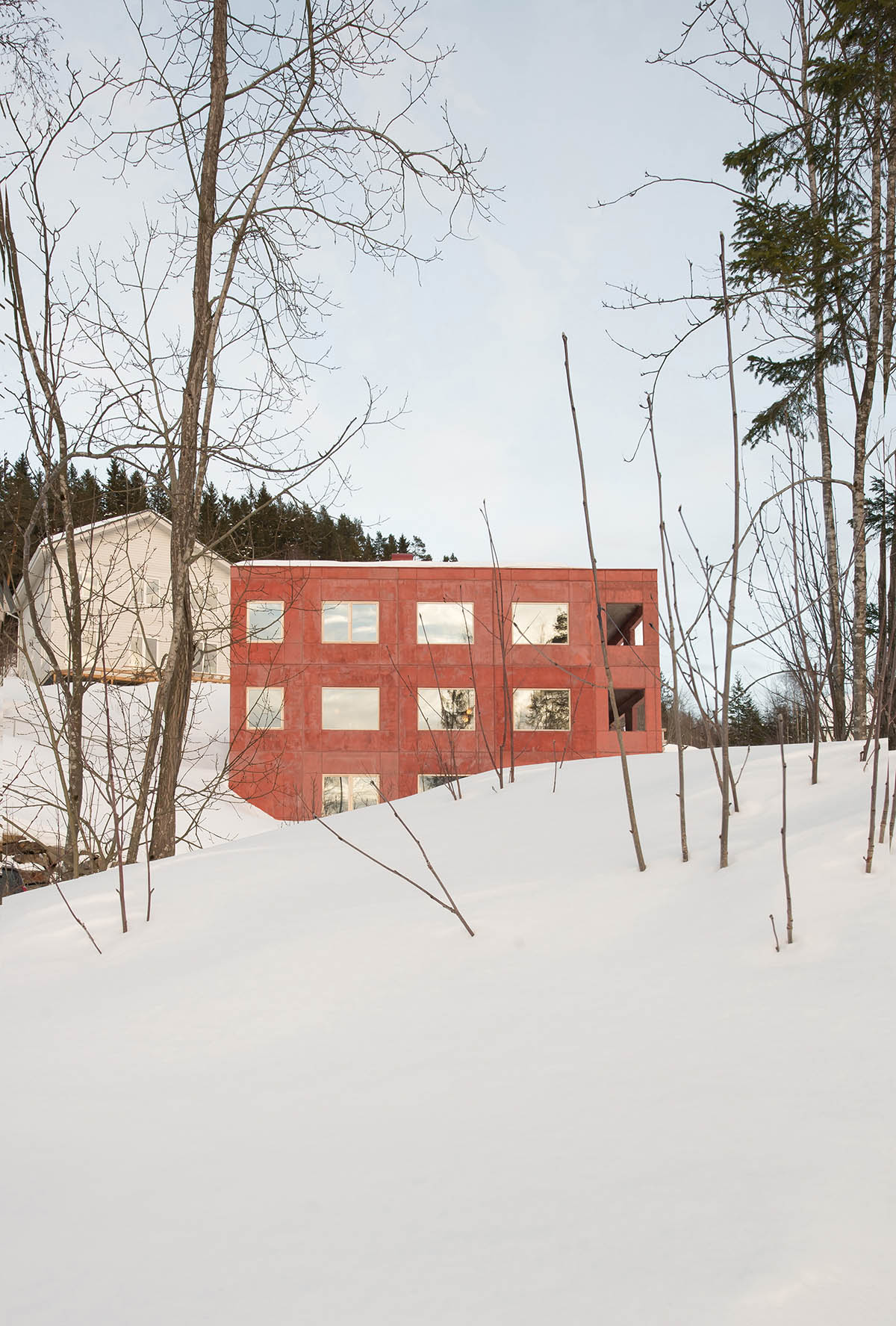 Since the house was built on a steep slope, there is a height difference of about 10 meters within a 650 square meters site. So the practice dugs a large part of the house into the hillside in order to adapt the programme to the compact site, and at the same time follow height regulations and maximise the view.

The house is angled diagonally to the fall of the terrain in order to generate outdoor spaces of high quality on all sides and to access the view from all three floors. 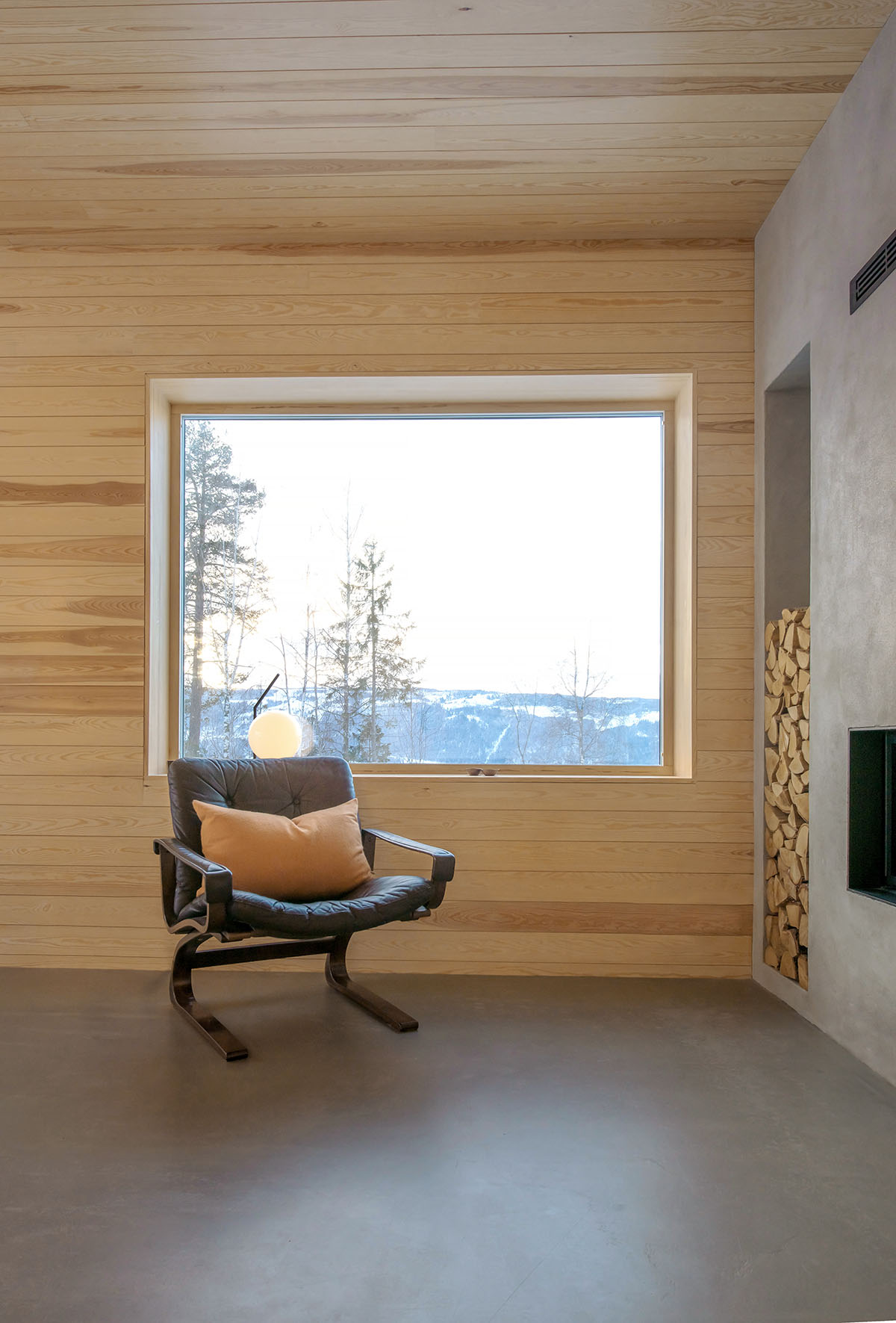 "Based on the limited budget and with two facades partly underground, we chose prefabricated concrete elements as the exterior building material," said the studio.

Both over and underground, all facades are clad in made of insulated concrete, also known as Cellcrete, with a 50-mm outer layer in pigmented concrete. To create this distinct red colour, the studio adds iron oxide to the concrete mixture. The slabs are exposed in the ceiling to make the structure readable. 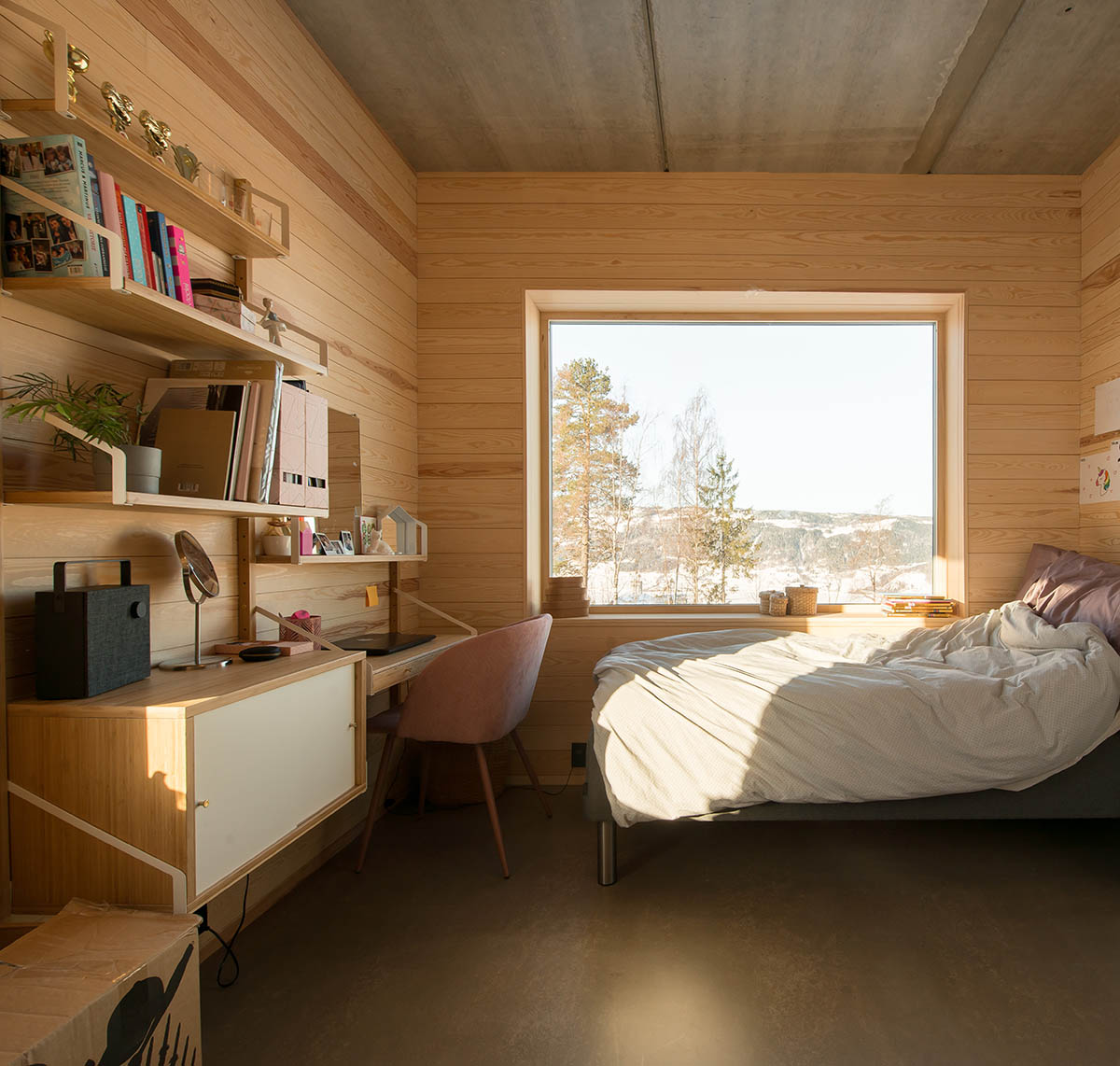 "The rational building system makes construction easier, permits simple detailing and in turn a lower building cost," according to the studio.

"The visible joints between the prefabricated elements and the lines between the boards in the casting blend, generates a characteristic pattern in the facades." 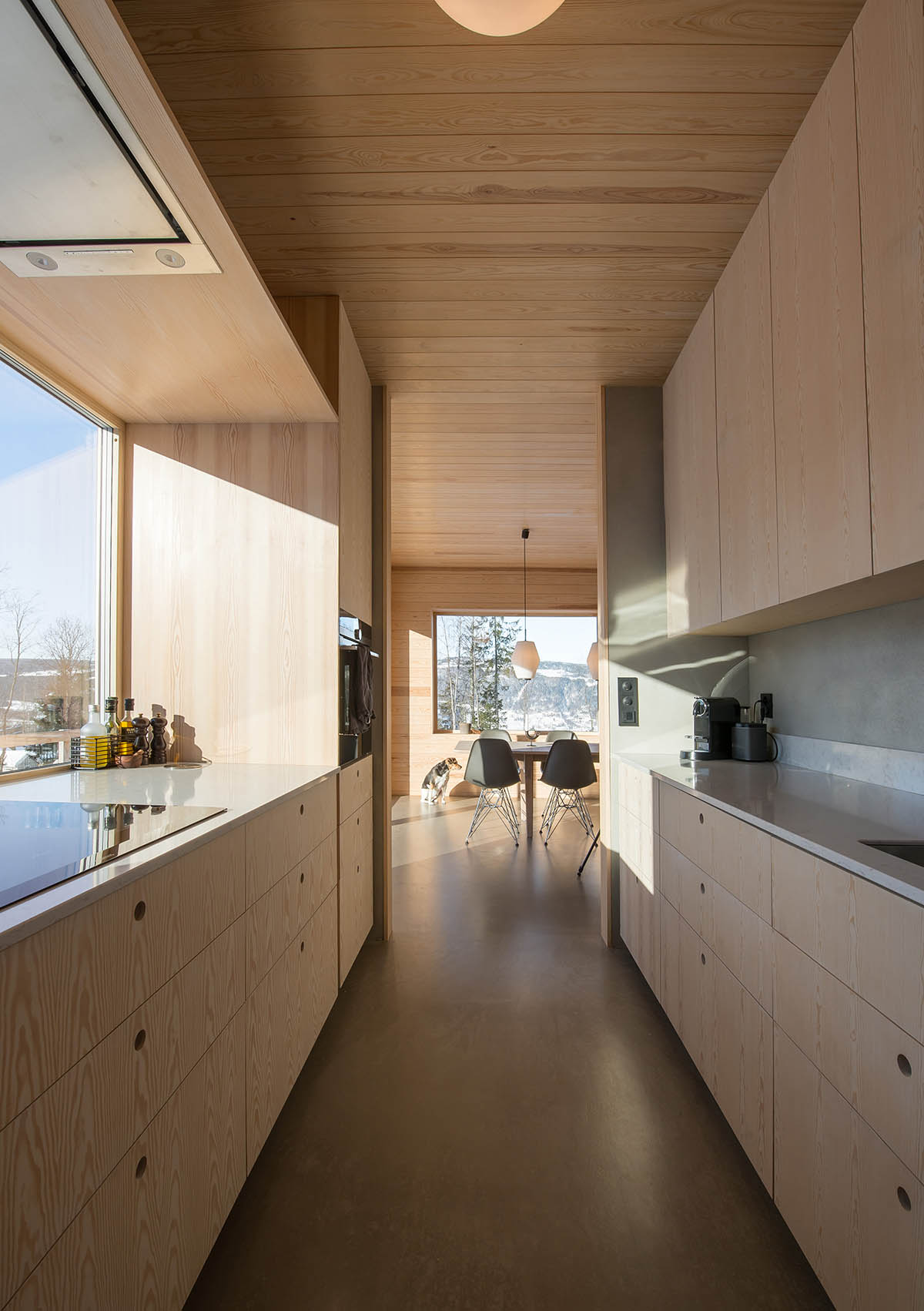 "Concrete elements are repeated in order to reuse the formwork for several elements. The repetitive system of separate elements enables a potential reuse of the building materials in the future," the studio added.

The inner walls are made of independent of load bearing system, which means that the plan can be reconfigured in future. "The house can easily be adapted to future residents or changing needs," the studio continued. The interior is clad in knot-free pine and exposed concrete elements. Furniture in pine plywood are built on site.

"The combination of a rational and repetitive building system and the substantial effort from the clients resulted in a very low building cost."

"Through their own efforts in the building period, the owners of the house have gained substantial knowledge about their own house and they feel a strong ownership to both the process and the end result," the architects added. 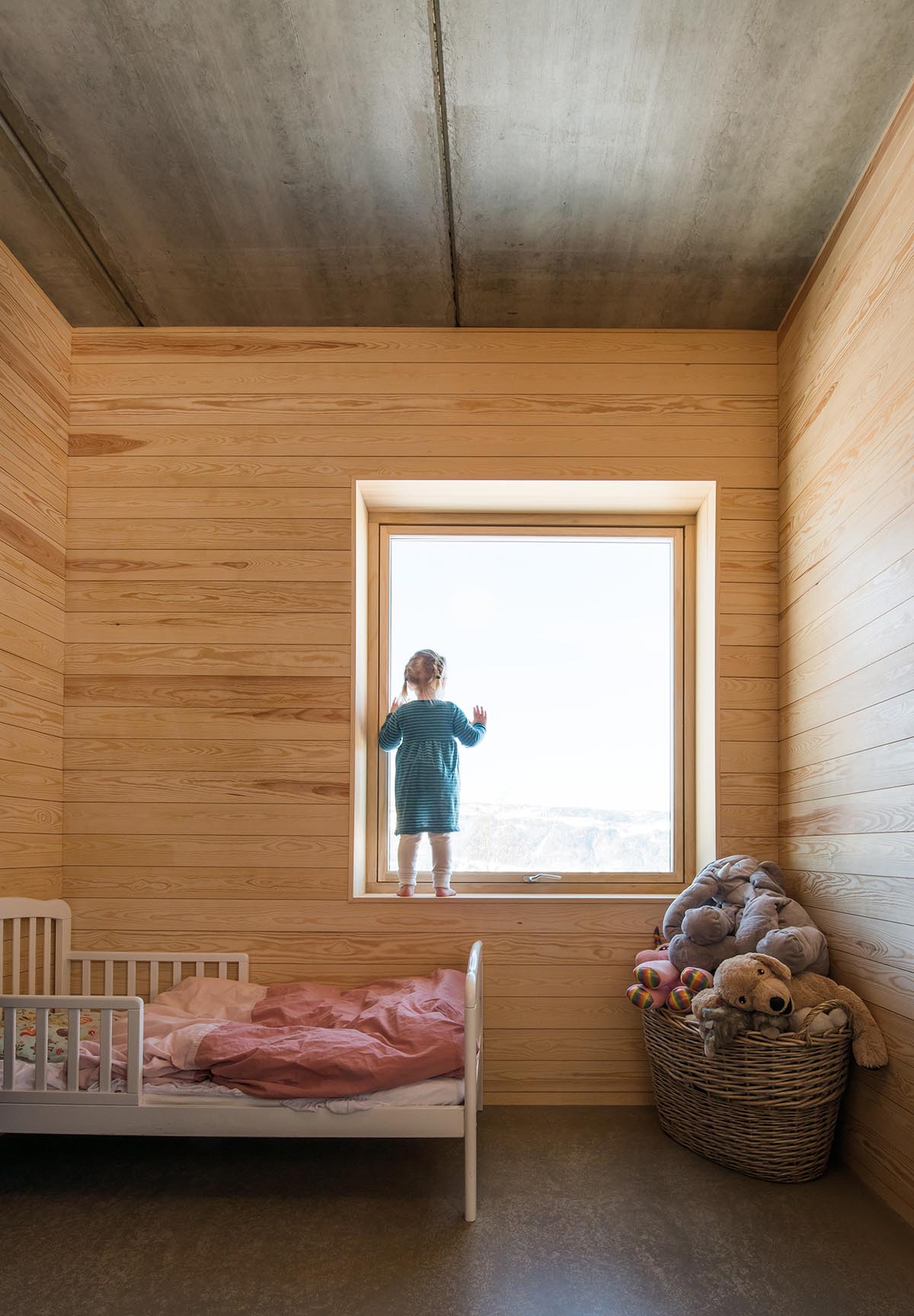 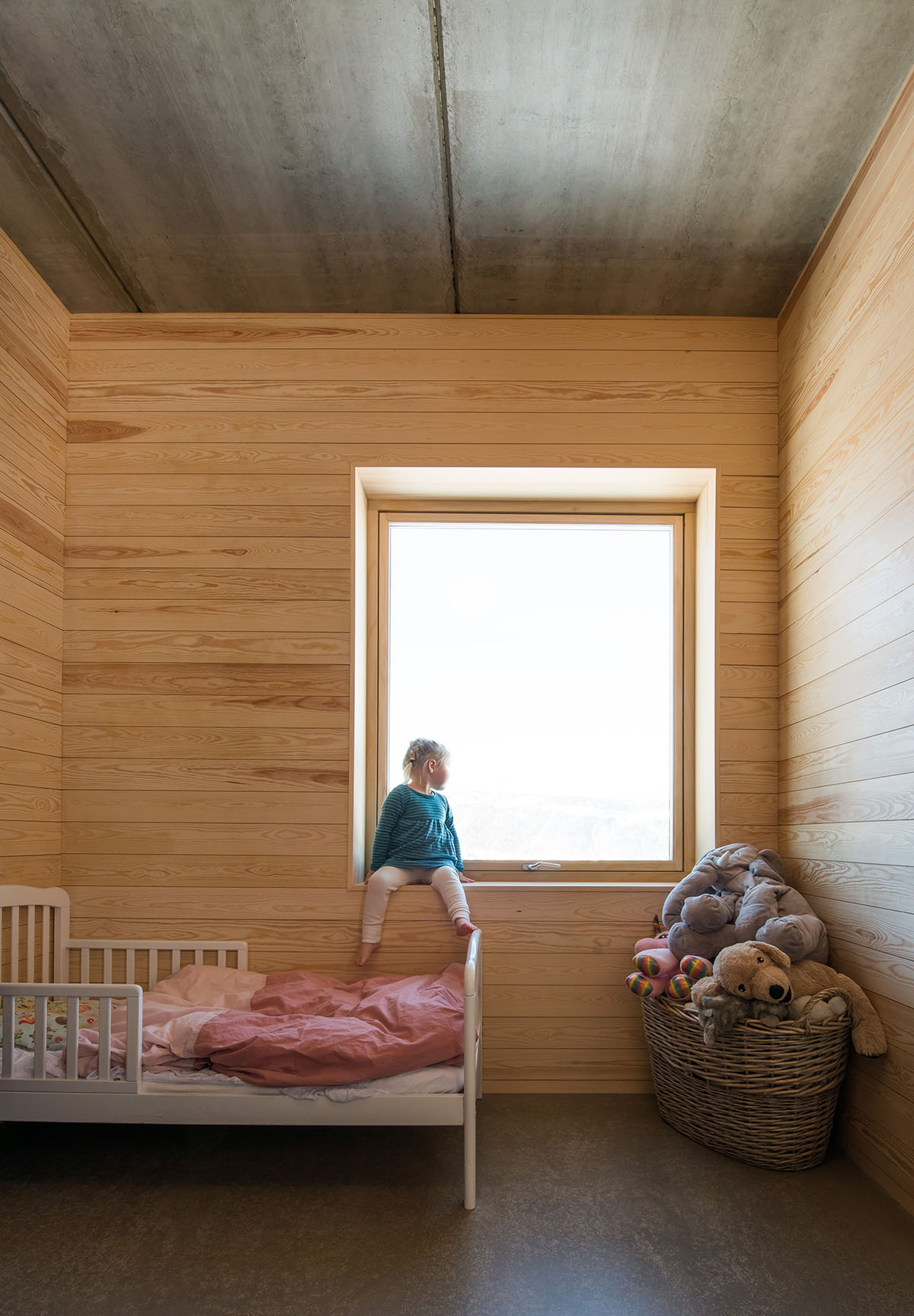 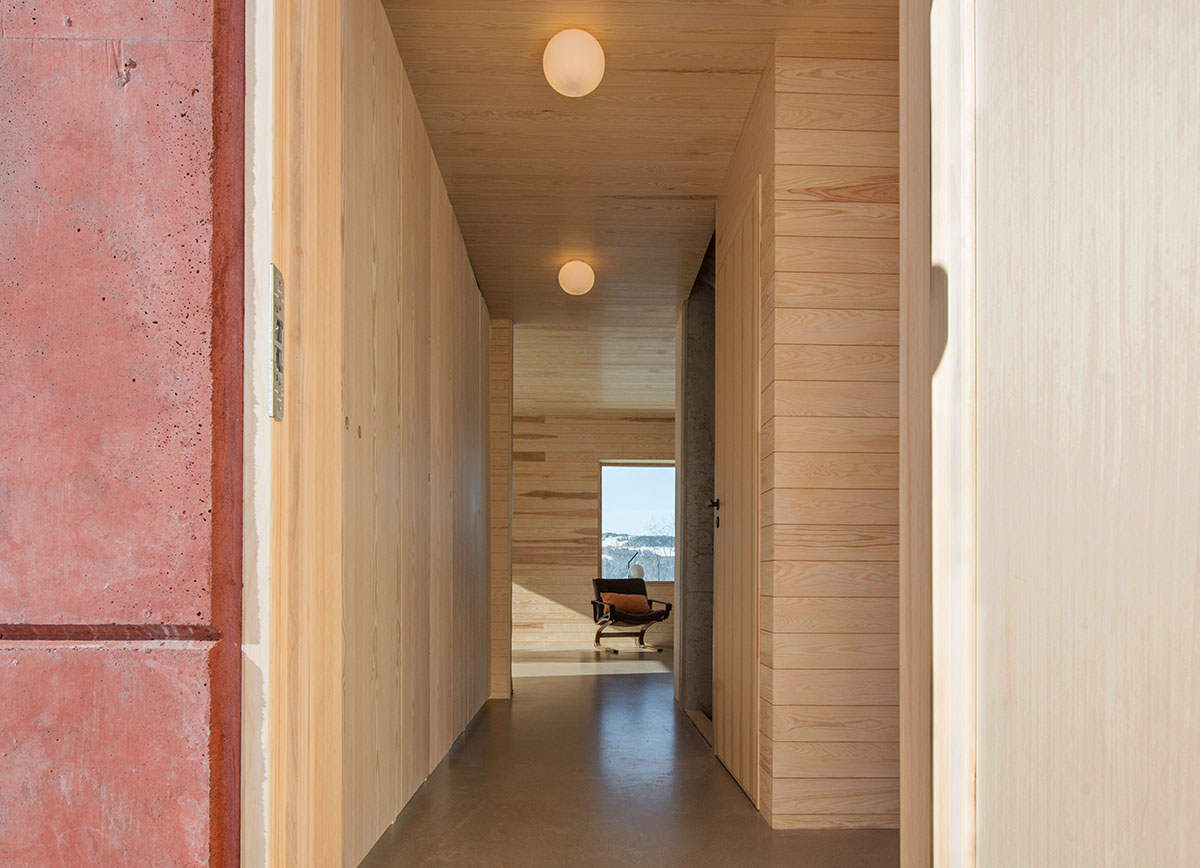 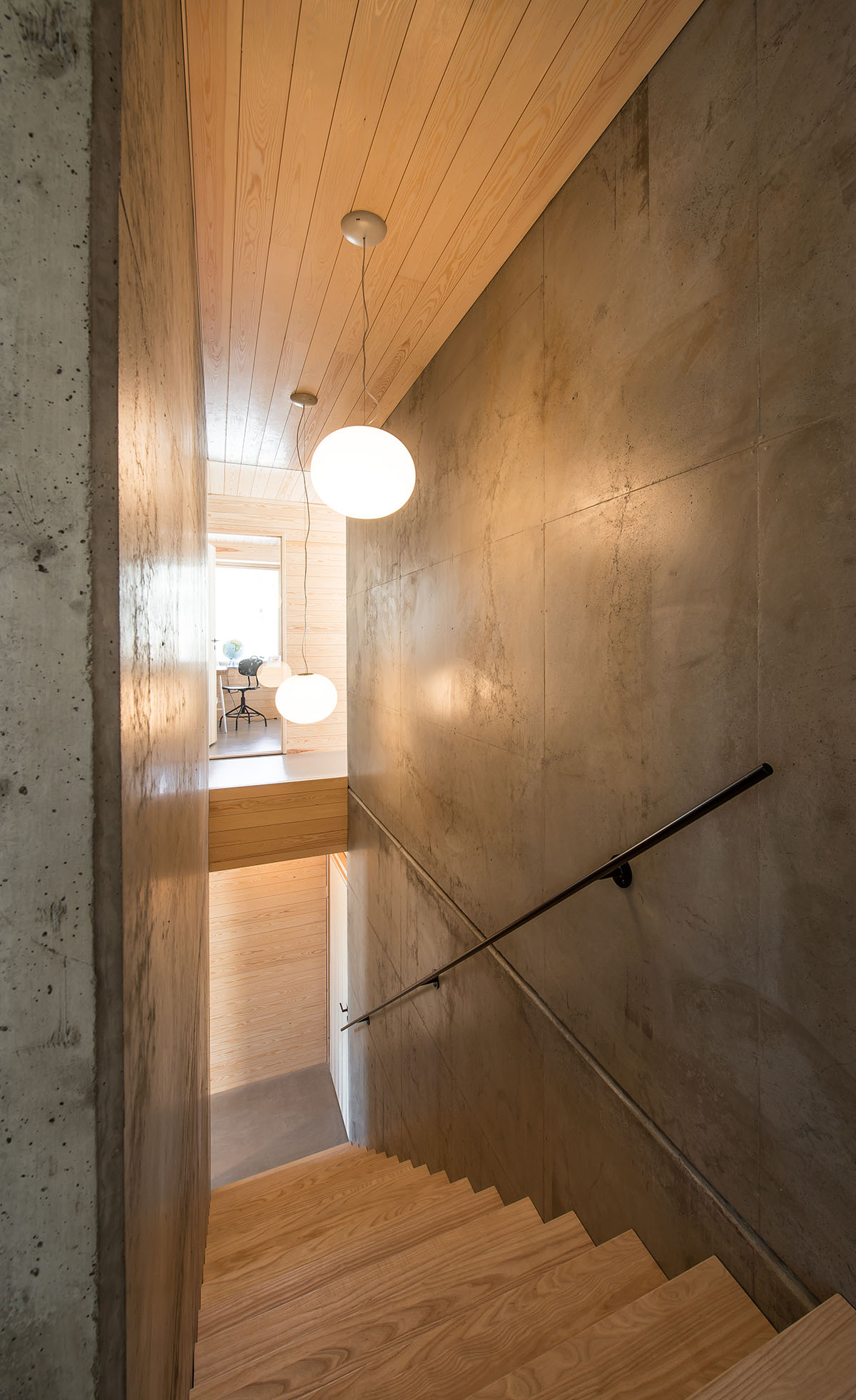 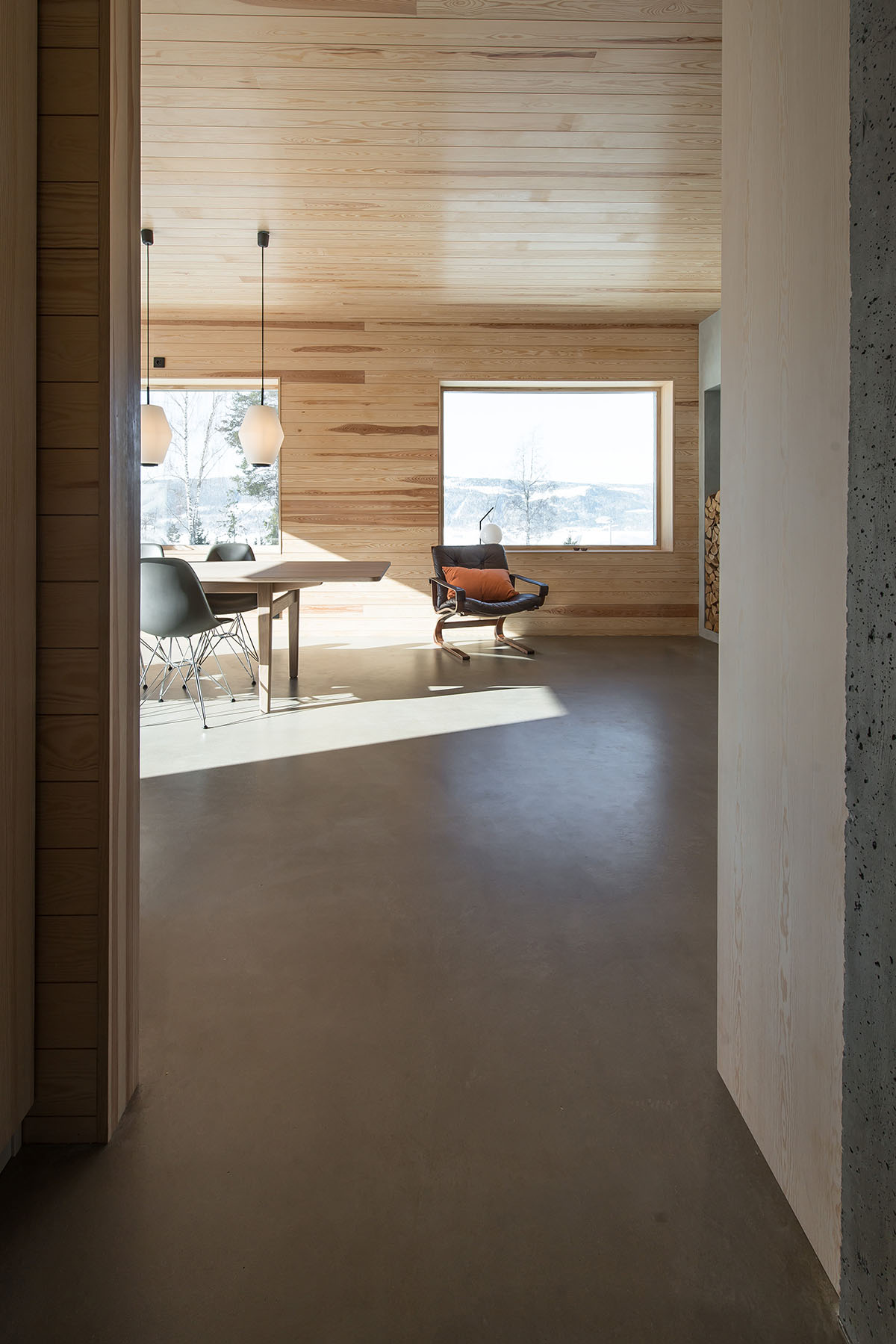 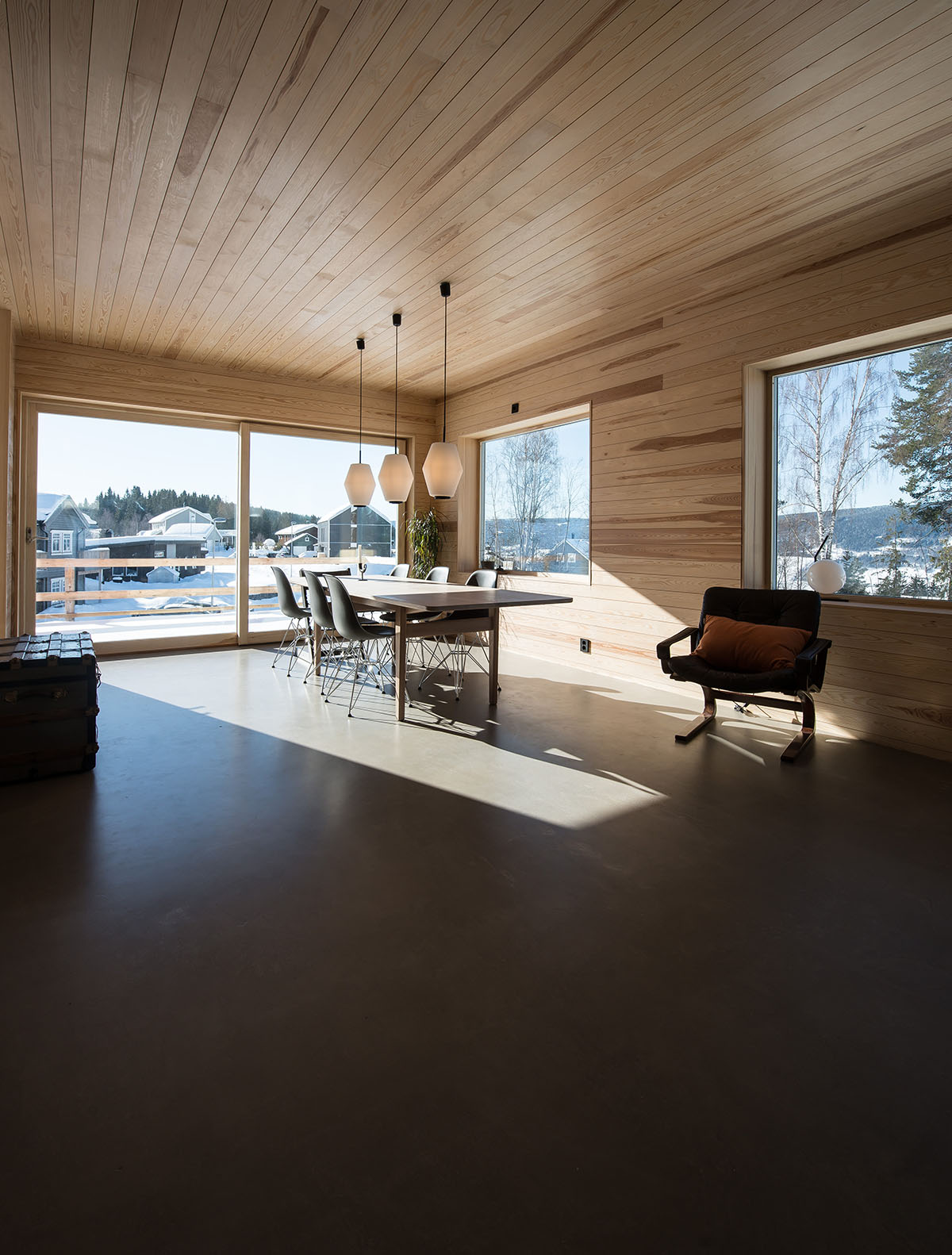 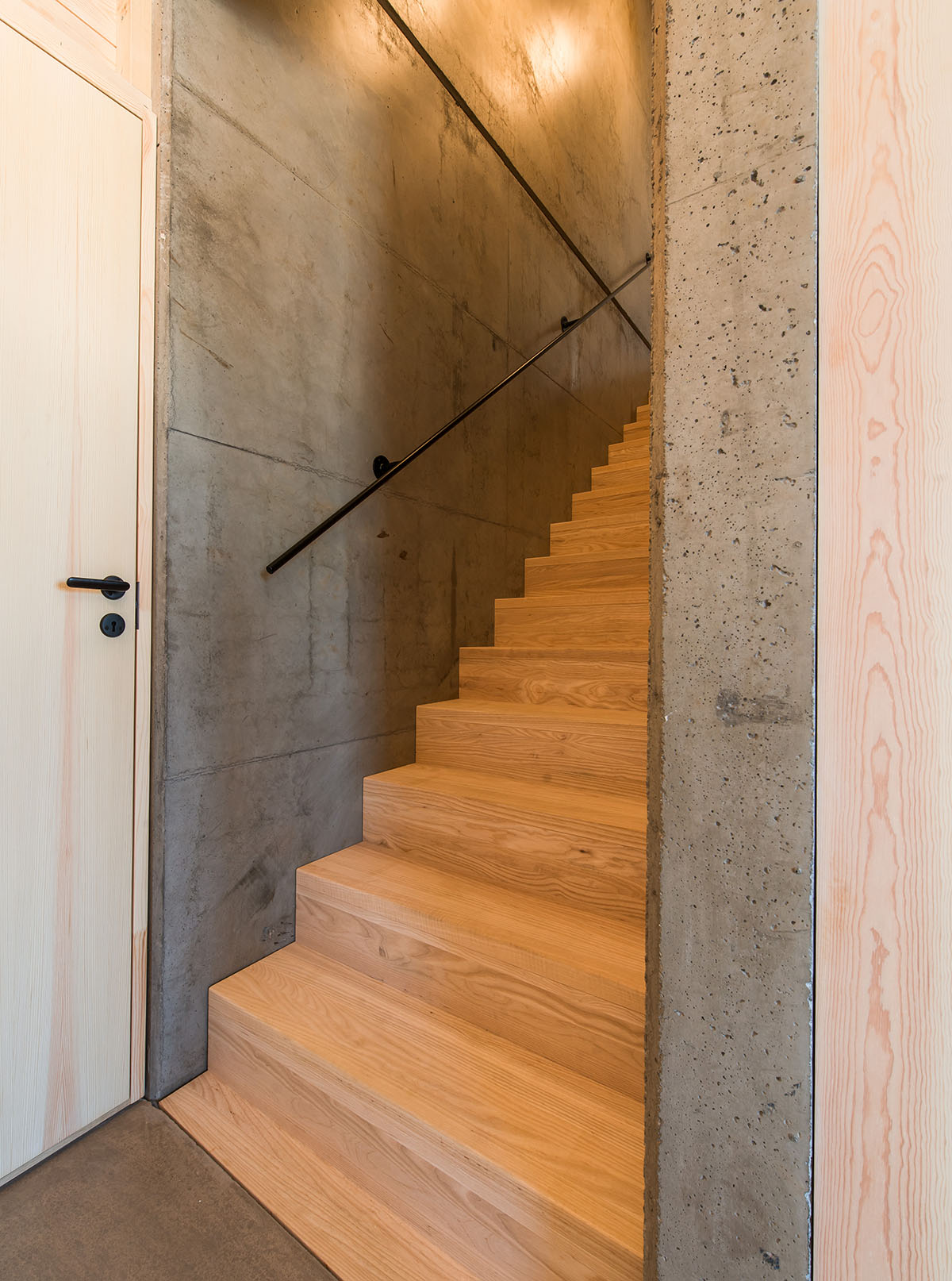 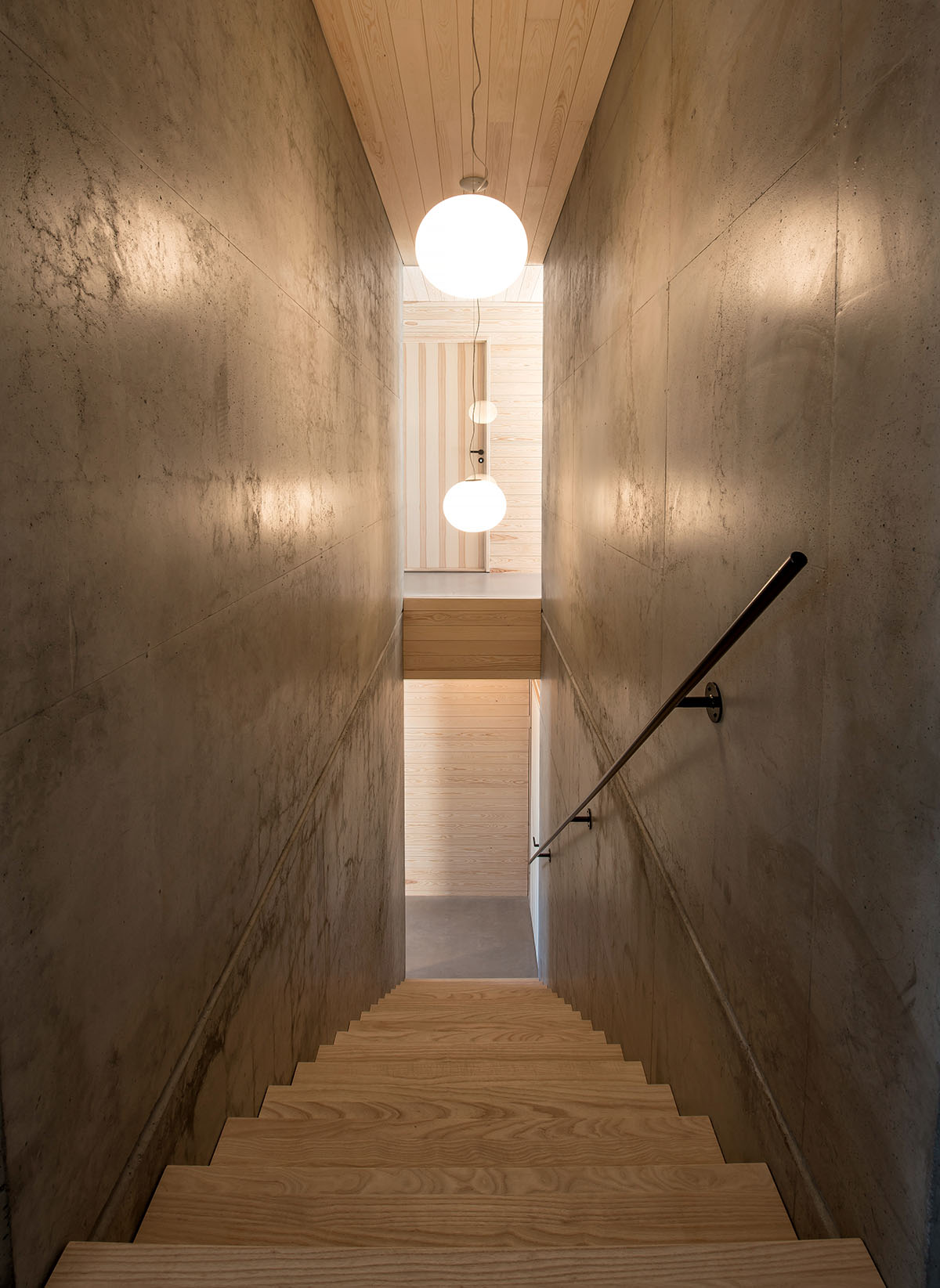 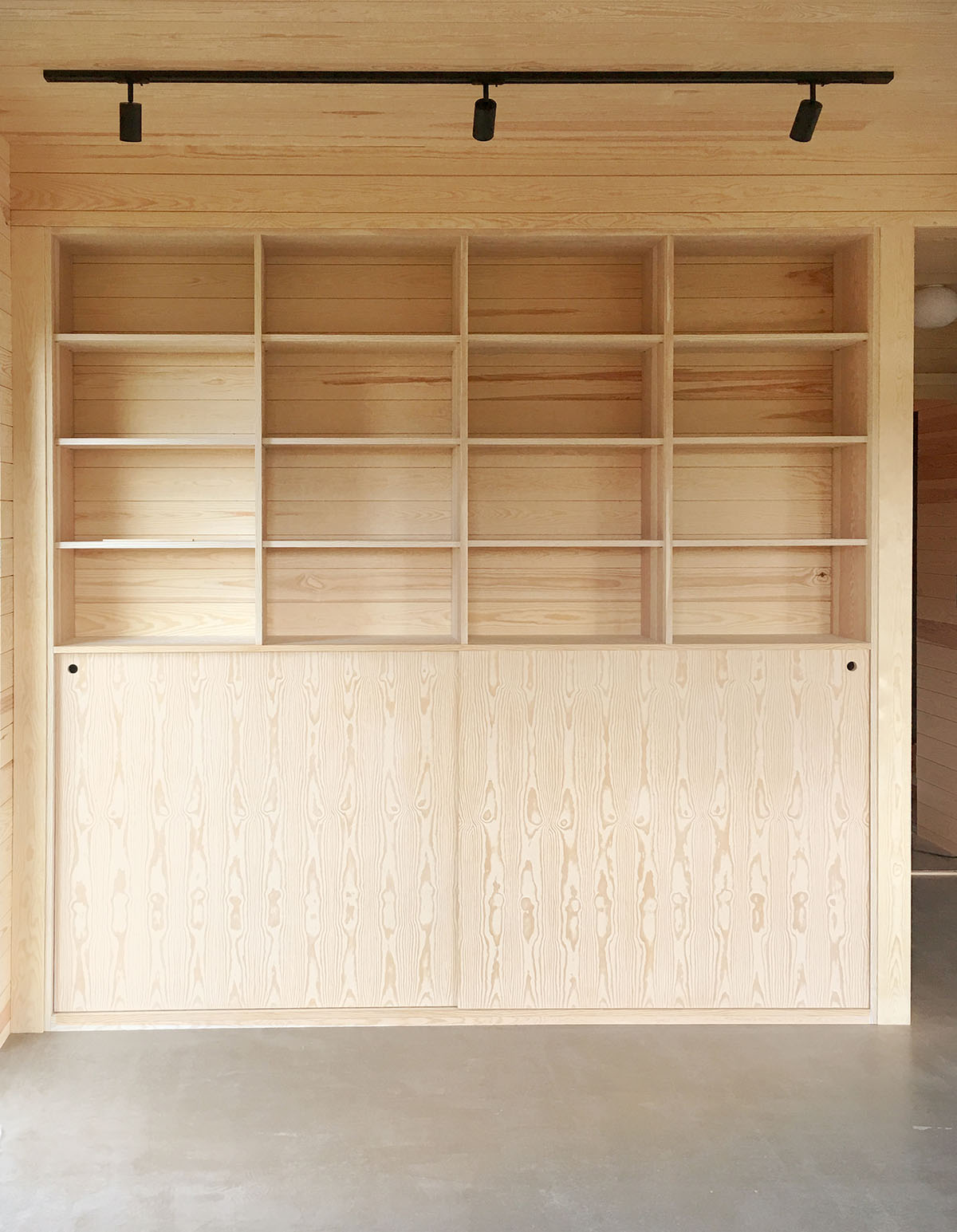 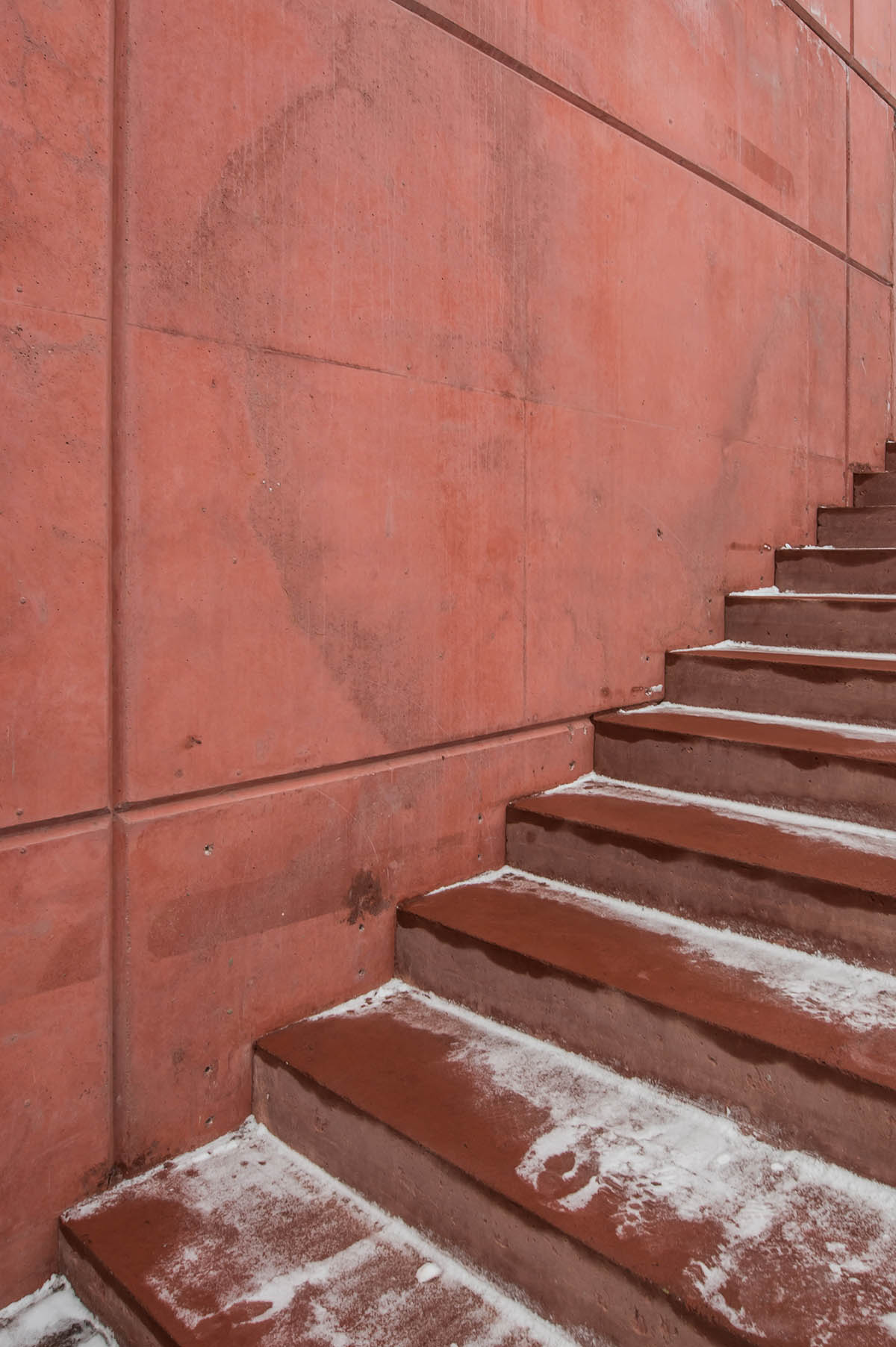 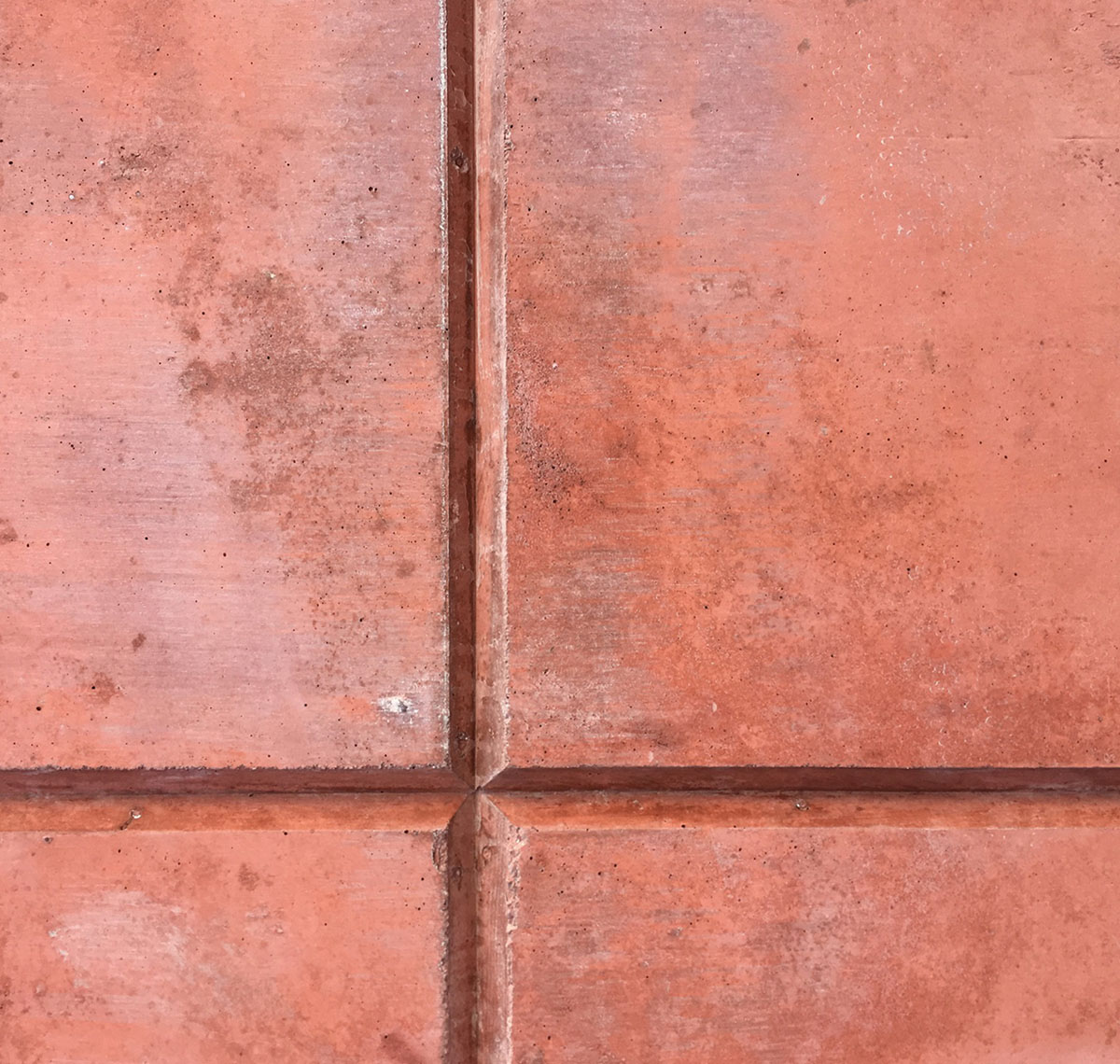 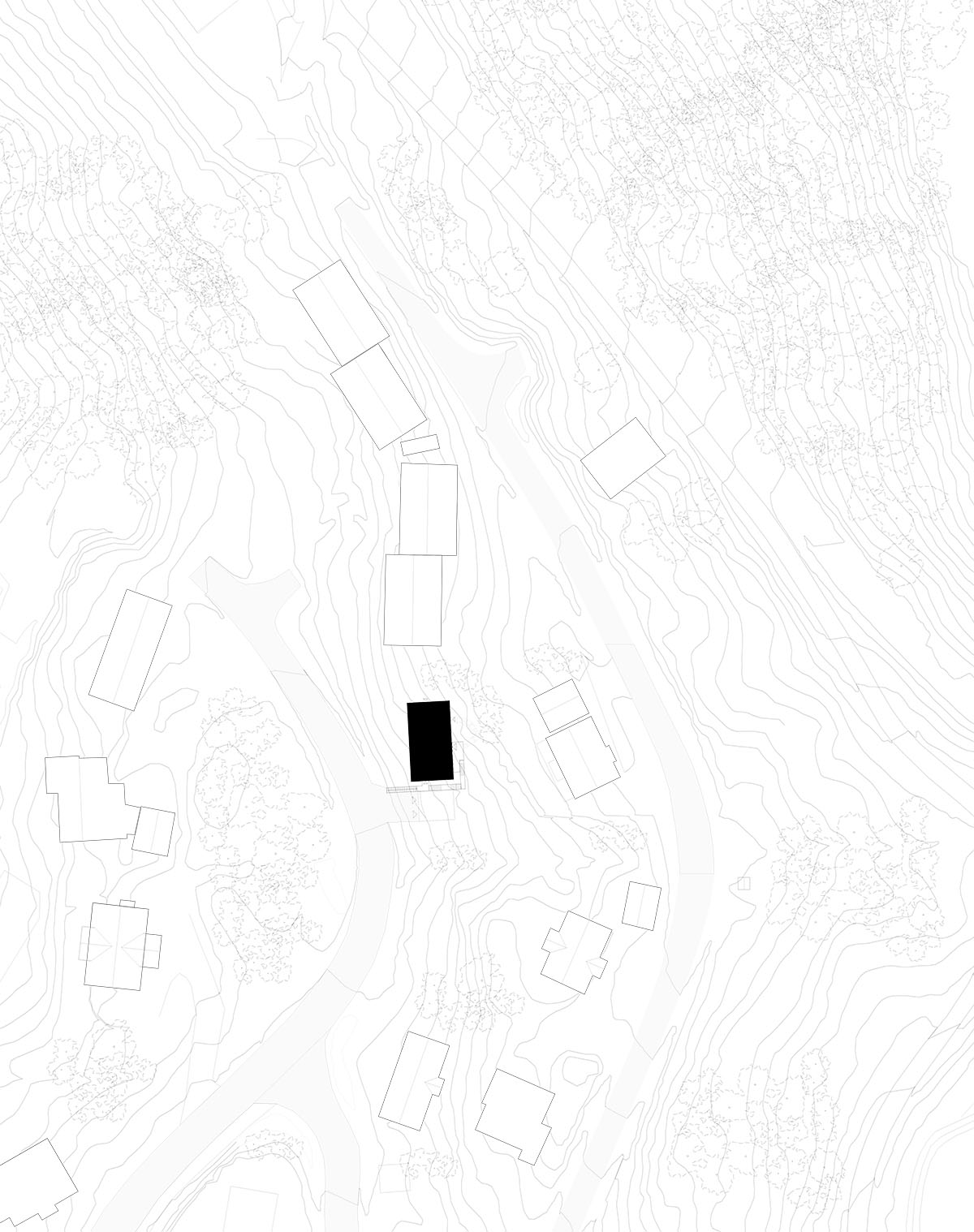 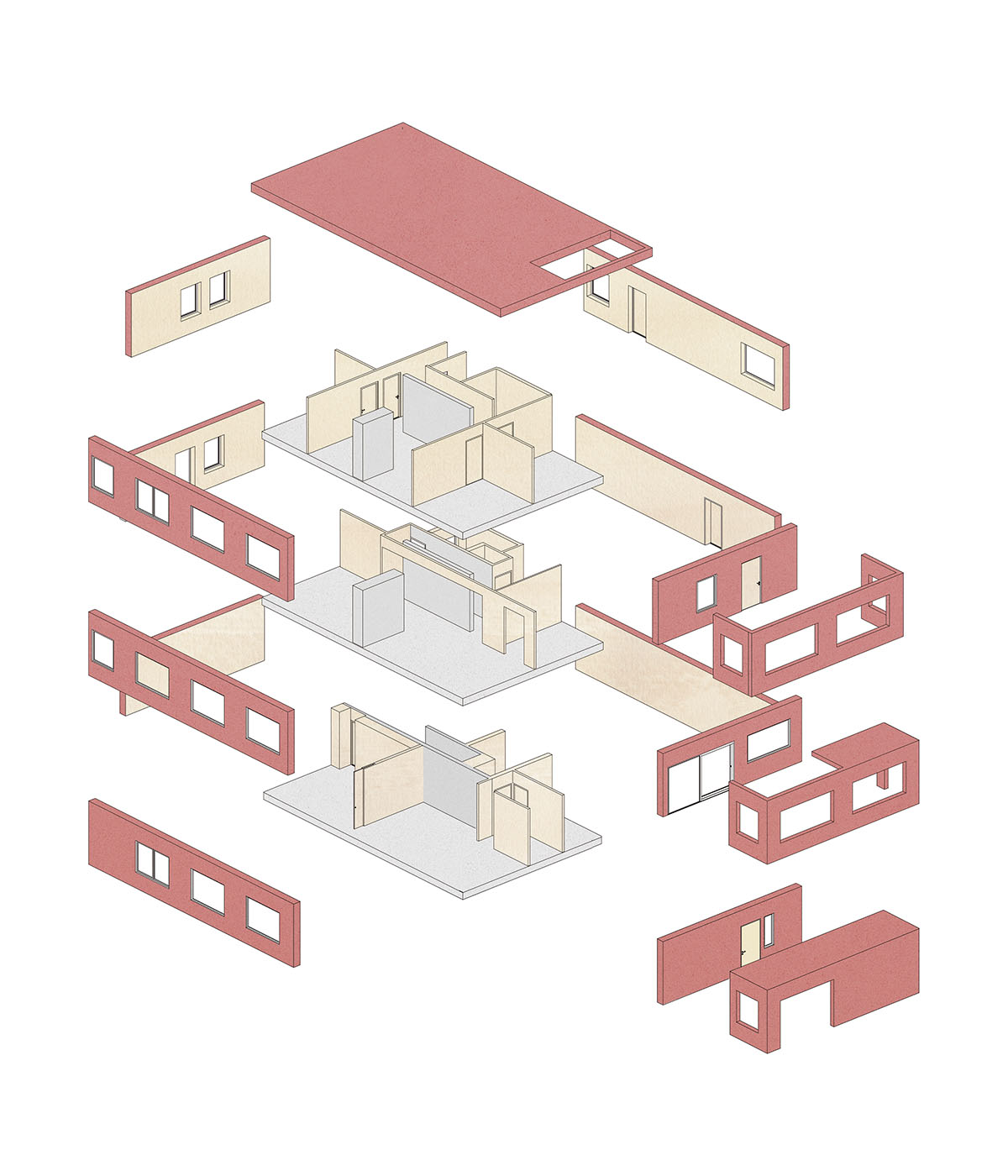 Sanden+Hodnekvam Architects was founded by John Sanden and Ingvild Hodnekvam in 2014. The studio is based in Oslo/Nesodden, Norway, and is engaged in a varied range of projects all over the country.

All images and drawings by Sanden+Hodnekvam Architects.