The Montreal Holocaust Museum has revealed images for the winning design, comprising a group of five boxy volumes drawing a low-profile silhouette facing the street.

Set to be built at 3535 Blvd. St-Laurent, the museum is scheduled to open to the public in 2025. The MHM will from its current Cote-des-Neiges location in response to growing demand for its educational programs about the Holocaust, genocide, and human rights. 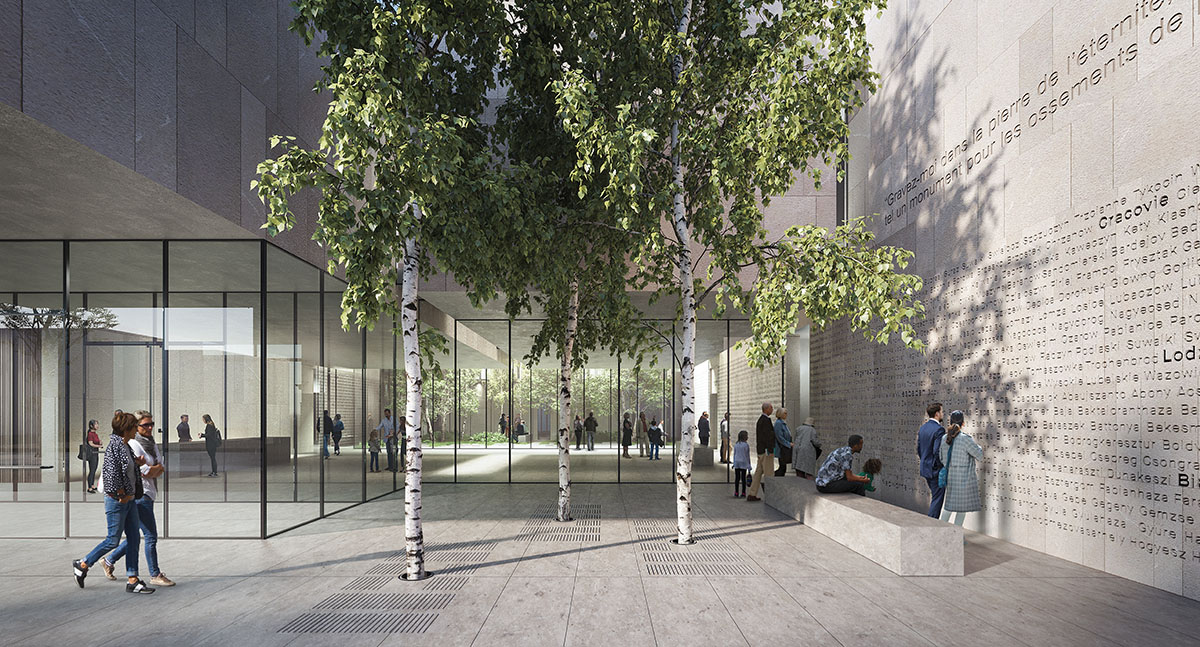 "Facing a rise of racism, antisemitism, and discrimination, the new MHM will have a broader impact in galvanizing communities throughout Quebec and Canada to fight all forms of hatred and persecution," stated the MHM in its press release.

Focusing on the pillars of memory, education, and community, the new building will contain multiple exhibition spaces, classrooms, an auditorium, a memorial garden, and a dedicated survivor testimony room.

According to the NHM, construction on the new museum will begin in the fall of 2023.

Gathering space in the agora

"We are delighted to share the designs of our new Museum which will be an important space of learning, action, and coming together,” stated Daniel Amar, Executive Director of the MHM.

"The brilliant design succeeded in creating a space of powerful architecture that remains respectful and sensitive to the difficult history of the Holocaust and its human rights legacy that will be transmitted within its walls. While we eagerly await our opening on Blvd. St-Laurent, we invite everyone to get involved today and Give Voice to help support their new Montreal Holocaust Museum," Amar added.

Currently, the museum launched the Give Voice fundraising campaign, which raised $85 million of the $90 million project.

The public is encouraged to contribute to the campaign and join their voices to the Museum’s.

The winning proposal was selected from 32 projects submitted in the first stage of the architectural competition in which KPMB Architects and Daoust Lestage Lizotte Stecker Architecture were named as the winning teams.

View from garden and commemoration space

KPMB Architects is an internationally recognized practice based in Canada. The firm’s wide-ranging work has earned over 400 respected awards, including 18 Governor General’s Medals, Canada’s highest honour.

Daoust Lestage Lizotte Stecker Architecture, founded in 1988, has been actively involved in the fields of architecture, landscape, and urban design. For each project, the firm’s multidisciplinary approach begins with a careful reading of the site and the intrinsic qualities of the surroundings revealing traces of the past through a resolutely contemporary language.

In 2016, Renée Daoust and Réal Lestage were awarded the Prix Ernest-Cormier, the highest distinction awarded by the Government of Québec in the fields of Architecture and Design.