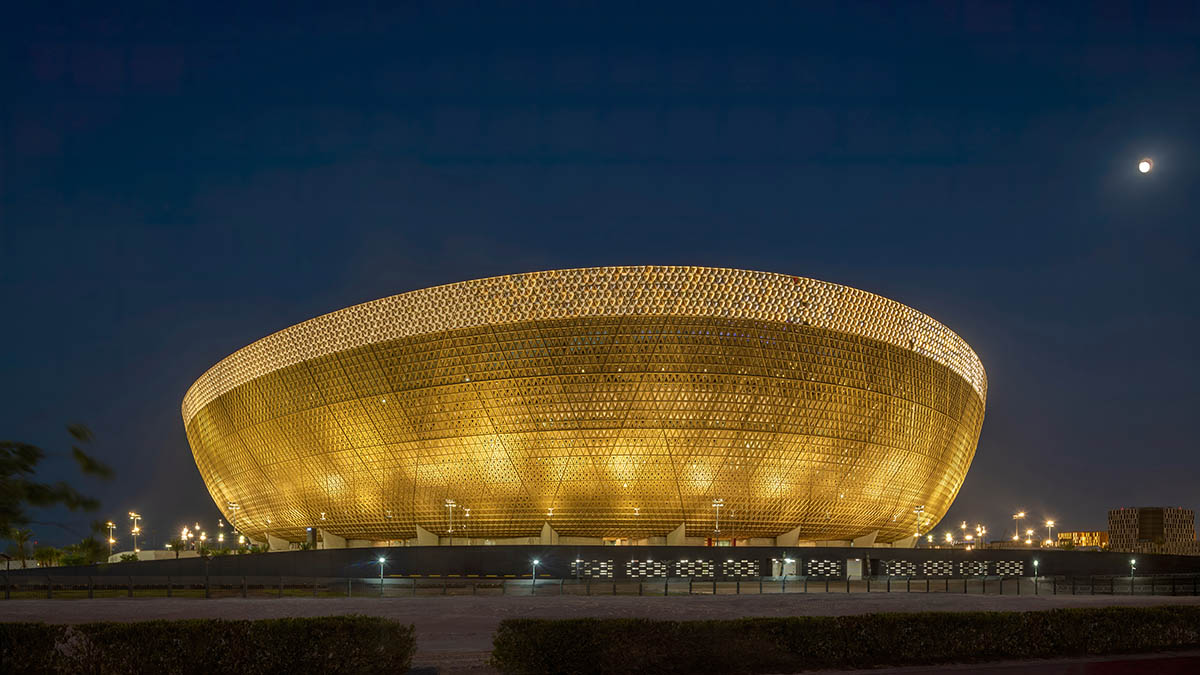 Foster + Partners has unveiled design for its new gold-patterned Lusail Stadium in Qatar, which will be the centrepiece venue for the FIFA World Cup Qatar 2022.

The 80,000-capacity stadium is located in Lusail City, 20km north of central Doha, and will host the 2022 FIFA World Cup and the final match. 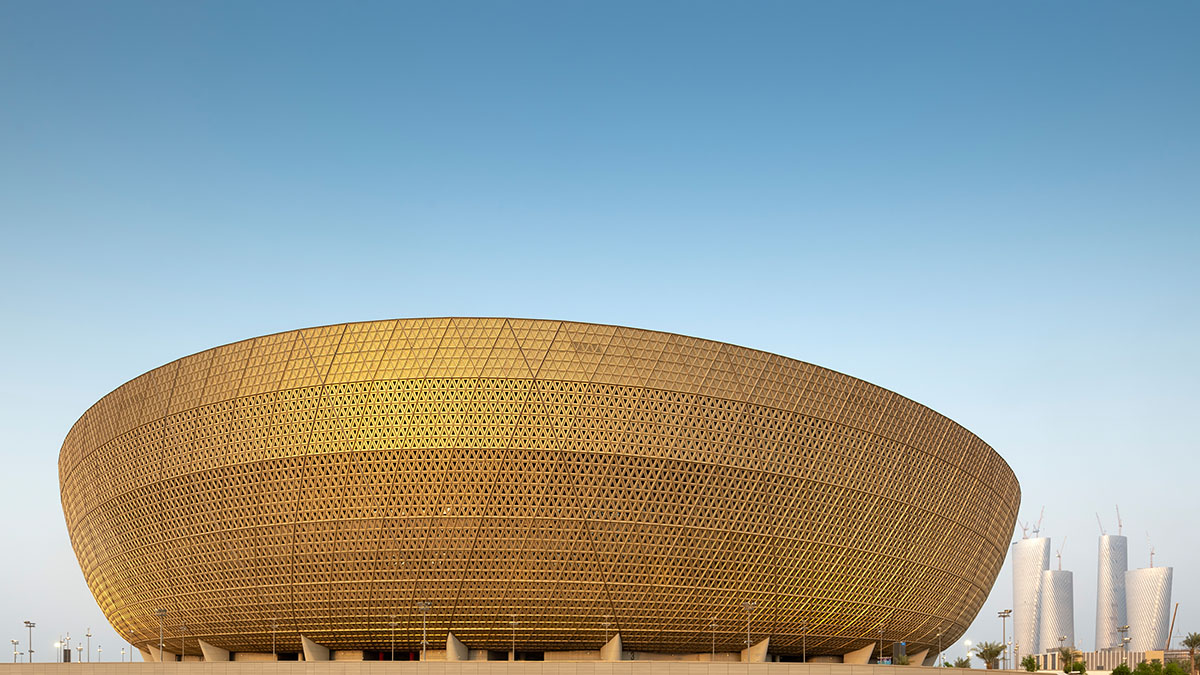 Conceived as "a striking yet simple form", the bowl-shaped stadium is wrapped by triangular openings strengthen the bowl’s structural diagrid, and creates a perforated screen to provide shade and filter dappled light on to the internal concourses.

To create this striking volume and effect, Foster + Partners is inspired by "the climatic and cultural heritage of Qatar" as well as in-depth analyses of the brief and the client’s requirements. "A striking yet simple form"

"It was a delight to be at the game and see the stadium nearly filled with spectators for the first time," said Luke Fox, Head of Studio, Foster + Partners.

"Our ambition was to create a striking yet simple form that reflects the building’s function, responds to the climate of Qatar and enhances the theatre of the event."

"The arrival experience is intuitive and immersive. Spectators enter the vessel between two tiers of seating that have been intentionally compressed to heighten the sense of drama as they emerge into the generous seating bowl flooded with natural light," Fox added. 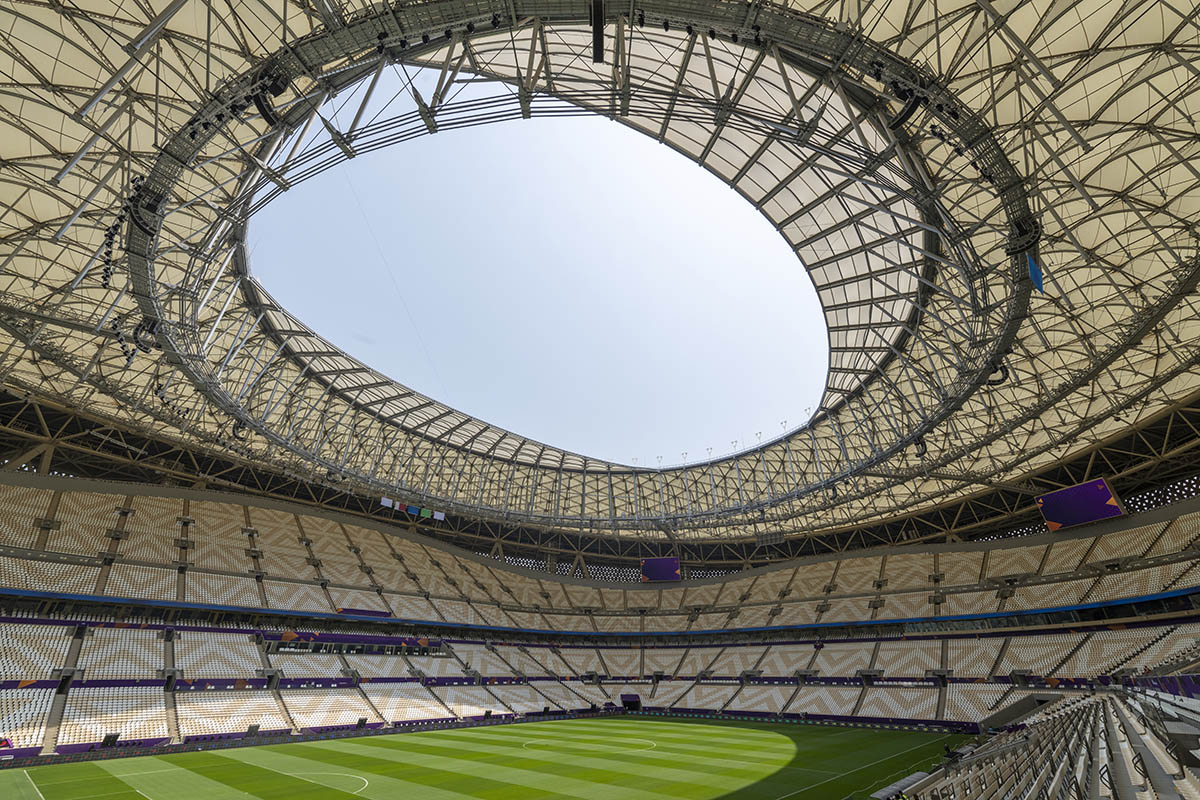 The studio reflects the shape of seating bowl externally as "a burnished golden vessel", which sparkles against the sunlight.

While triangular openings are visible from the façade in a golden pattern, they also visually reinforce the bowl’s structural diagrid.

The stadium's energy consumption is reduced through high-performance façades and an innovative roof design. The studio uses outdoor cooling technologies to maximise comfort within the open-air stadium. 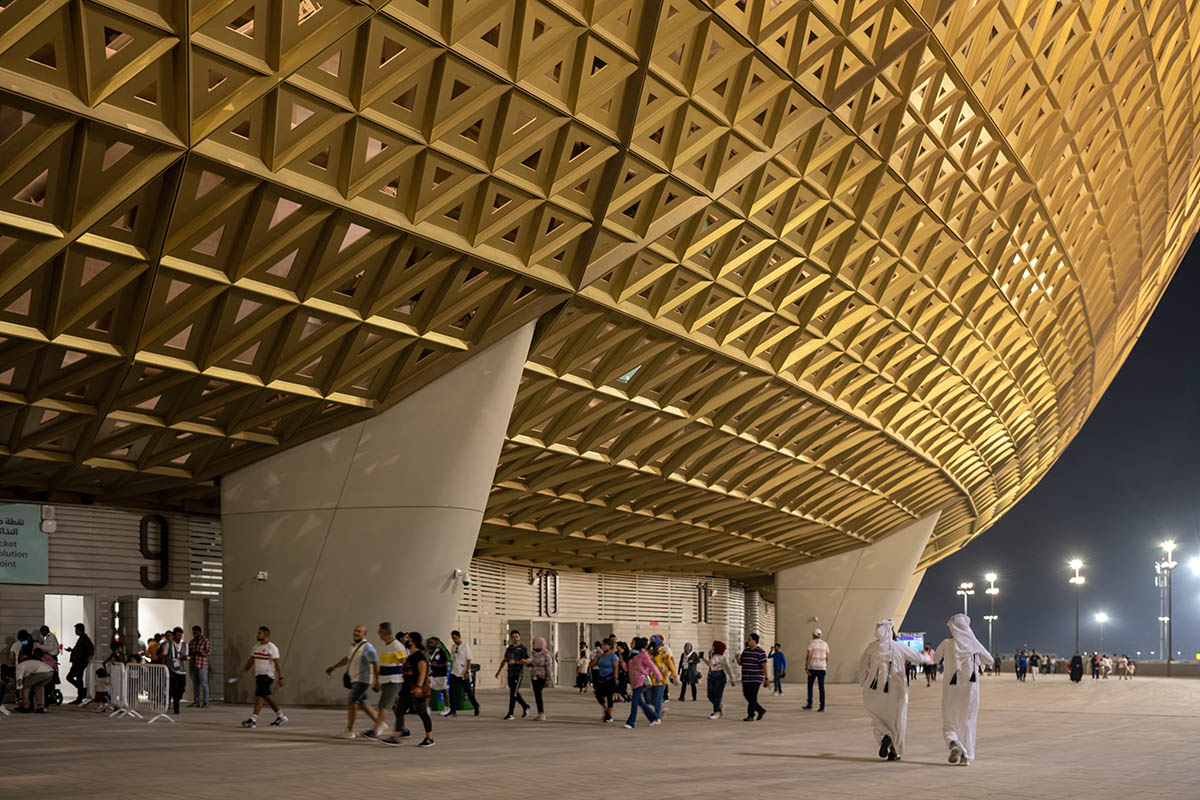 The design of the stadium has achieved a five-star rating under the Global Sustainability Assessment System.

"With a primary aim of creating an immersive atmosphere for both players and spectators, the pitch and its relationship to the seating bowl was the starting point of the stadium’s design," said Foster + Partners.

"Access to the stadium via a broad podium gives spectators a grand welcome as they approach the gates."

"The stadium bowl acts as a contained ‘vessel’ which comes to life during matches and events. As the largest stadium in the region, it has the capacity to host some of the most spectacular international events," the studio added. 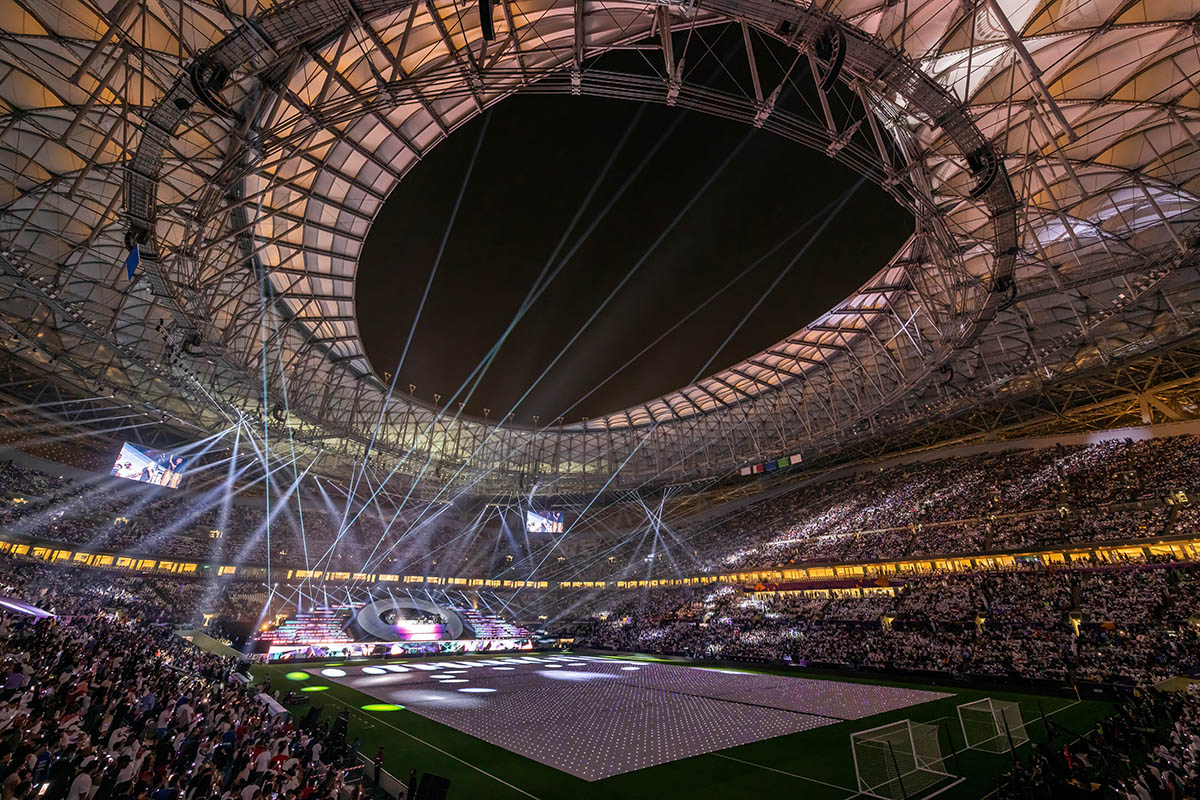 The stadium features a 307-metre-diameter "spoke-wheel" cable net roof, which makes it one of the world’s largest tensile cable-net roof in a stadium. The roof also brings environmental comfort while also unifying the entire stadium under a single envelope.

"Its outer compression ring is connected to a central tension ring by a complex cable system. This method creates a wide-expanse roof without the need for supporting columns," the studio explained. 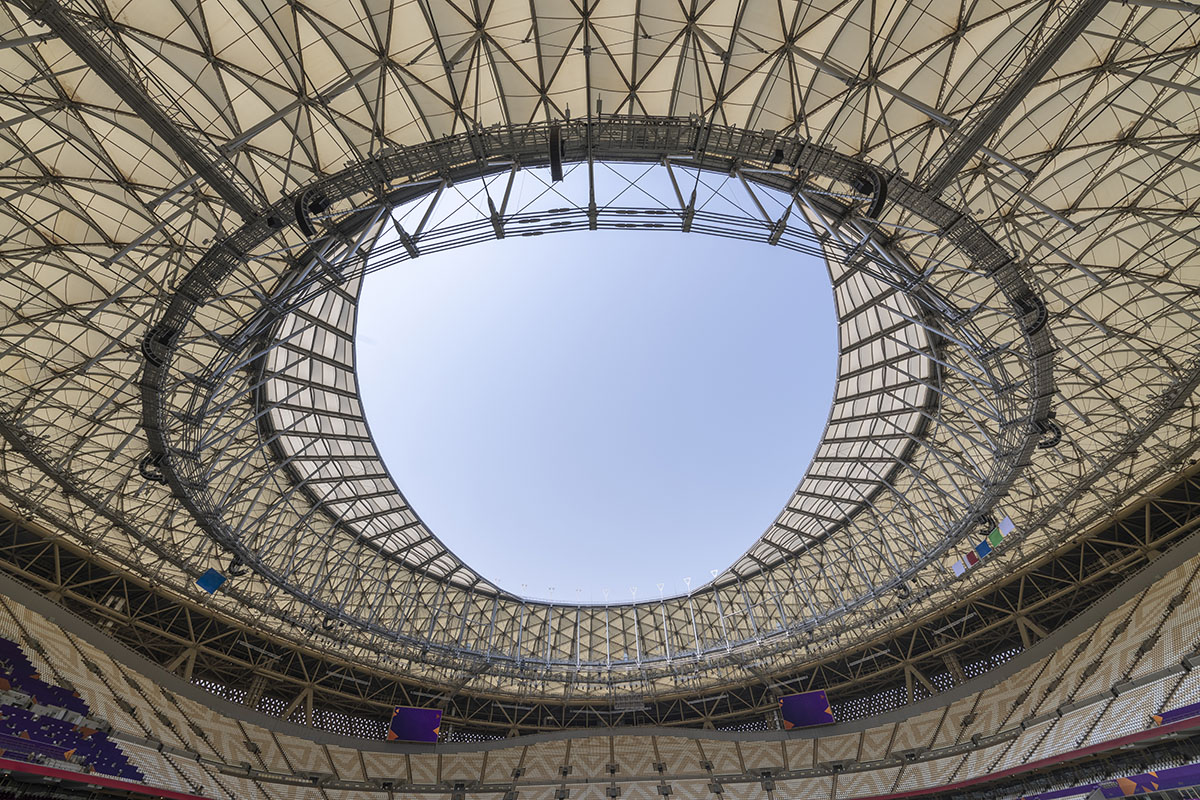 The studio used muted sand-coloured palette that complements the colours of the seats. The color also offers a calm backdrop to the vibrancy and energy of the supporters wearing team colours.

"Playful with scale and geometrically elegant, the new Lusail Stadium will be an enduring symbol for Qatar’s post FIFA World Cup legacy," the studio added.

The purity and simplicity of stadium's form makes the structure as an iconic addition to the city skyline. 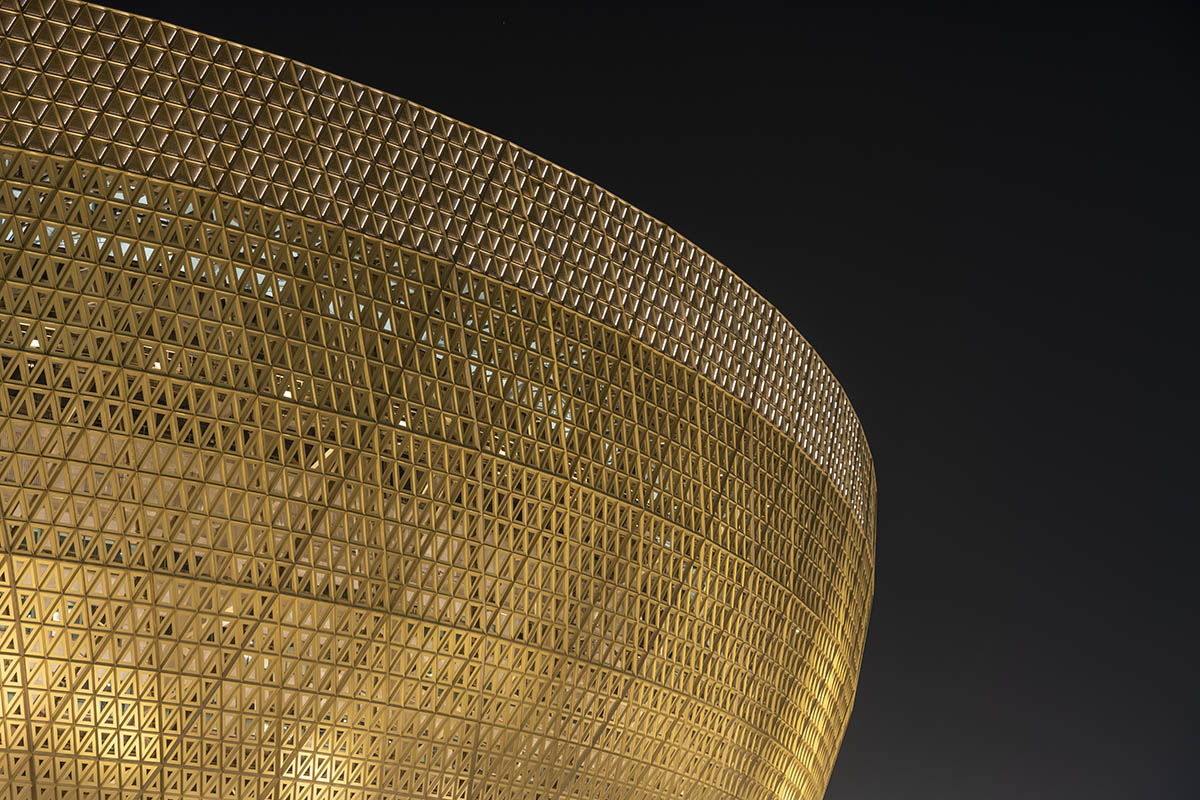 "Using the experience of redesigning Wembley Stadium with its now iconic arch, we are incredibly proud to have created a unique and instantly recognisable symbol for Qatar as host of the FIFA World Cup Qatar 2022, including the final in Lusail," said Angus Campbell, Senior Partner, Foster + Partners.

"Together with our joint venture partner, Arup and sports specialist Populous, we believe the stadium will be a truly memorable venue for this year’s final and many other international events in the future," Campbell added. 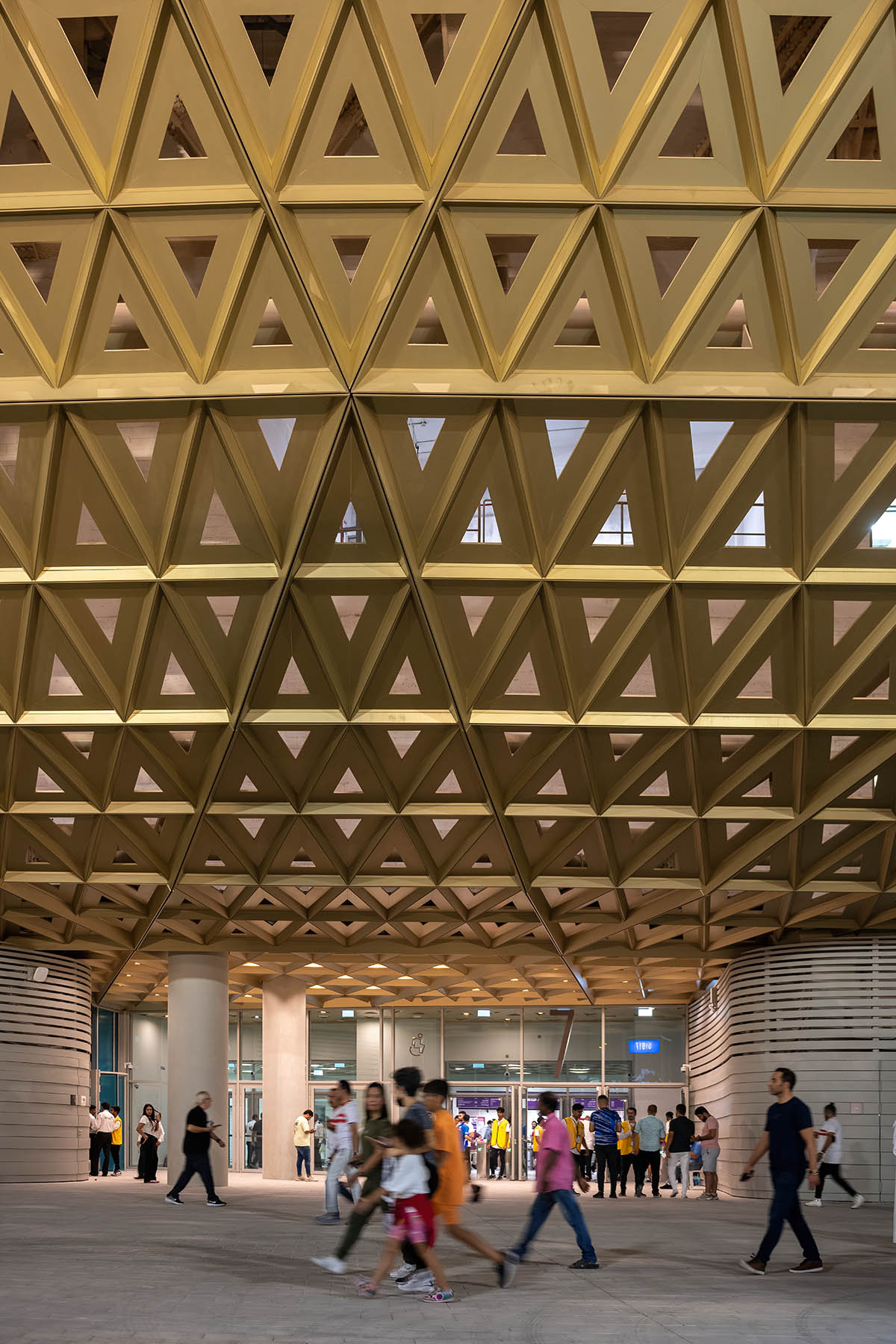