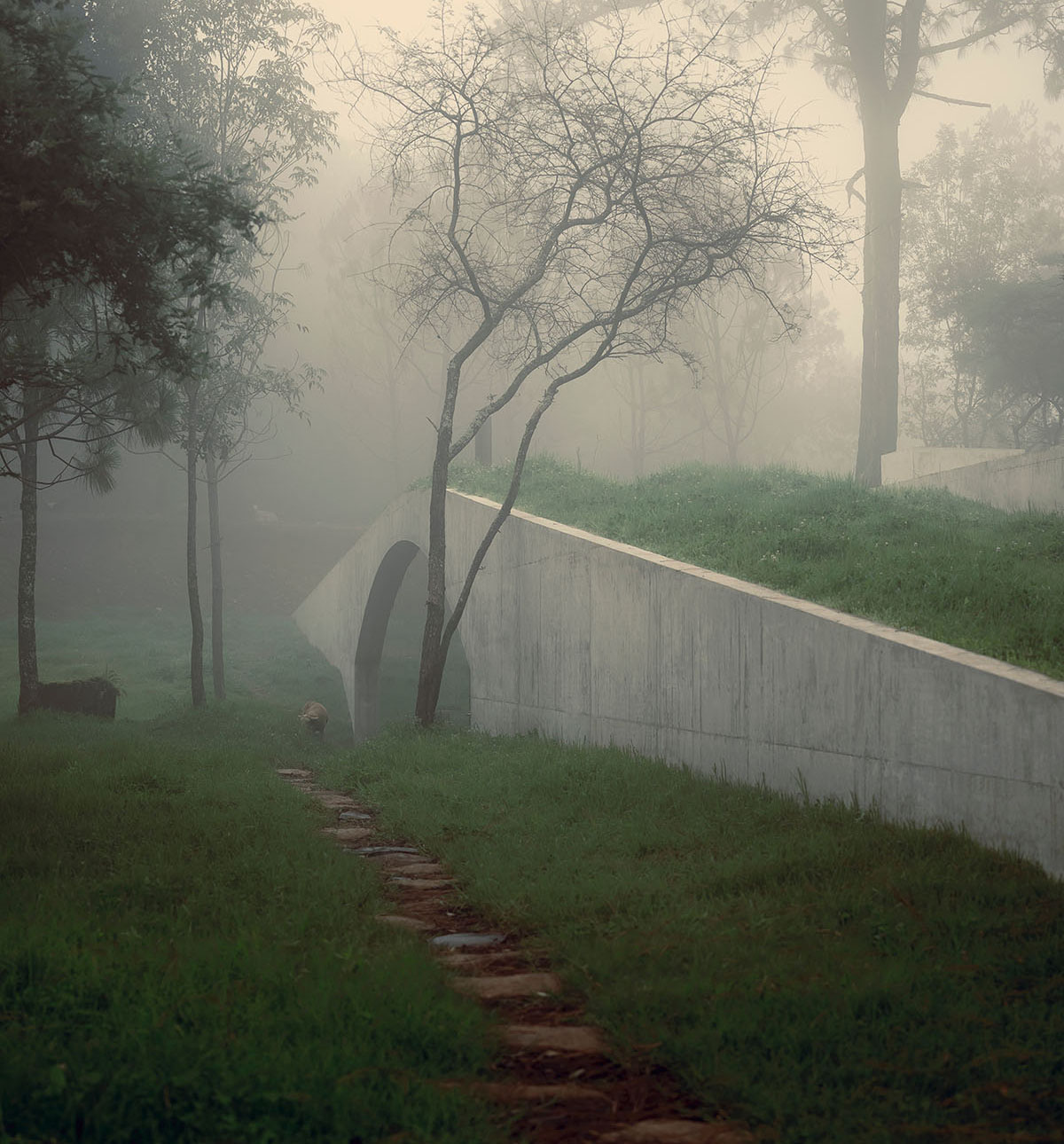 Mexico and Valencia-based architecture practice HW Studio has designed a cozy, concrete cave that disappears in the landscape and creates a new hill in Morelia, Mexico.

Named The Hill in Front Of The Glen, the 250-square-metre house is situated within a lush forest in El vaquerito, Morelia, Michoacán.

Responding to the client's brief to create a protected shell, the studio has designed a curved house that is accessible through a long hallway that cuts the structure.

The house almost disappears within a lush forest and acts as a new hill, while its large arched window functions as the "eye" of the house.

The architects described the project as "an absent architecture illuminates the mystery". "The inspiration behind this project is derived from carefully listening to the subtle murmurs and whispers of environments like this, as well as the client's search for protection and shelter," said HW Studio.

"How can one feel protected? What can be done when one feels vulnerable? This question was accompanied by an image, or perhaps a memory: a frightened child covering himself with a light bed sheet as he peeks out to make sure he can see what is going on around him." 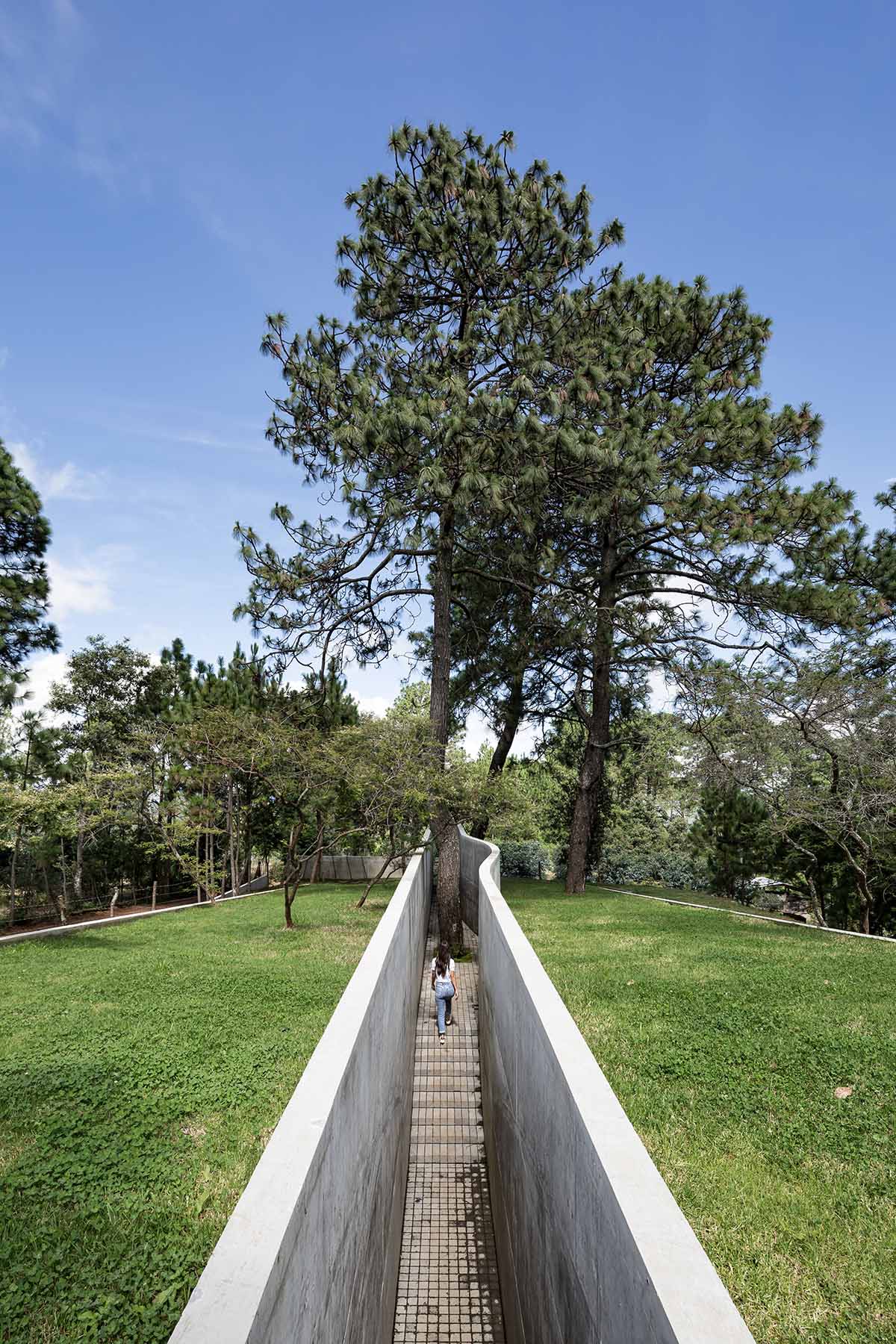 The architects added that "Pulling a bed sheet over ourselves is a very elemental act that alludes to the most basic part of the self; a bed sheet hides, protects, wraps, and creates a space beneath it that is so safe and intimate as to keep away any spirit, ghost, or demon that may be surrounding the room." 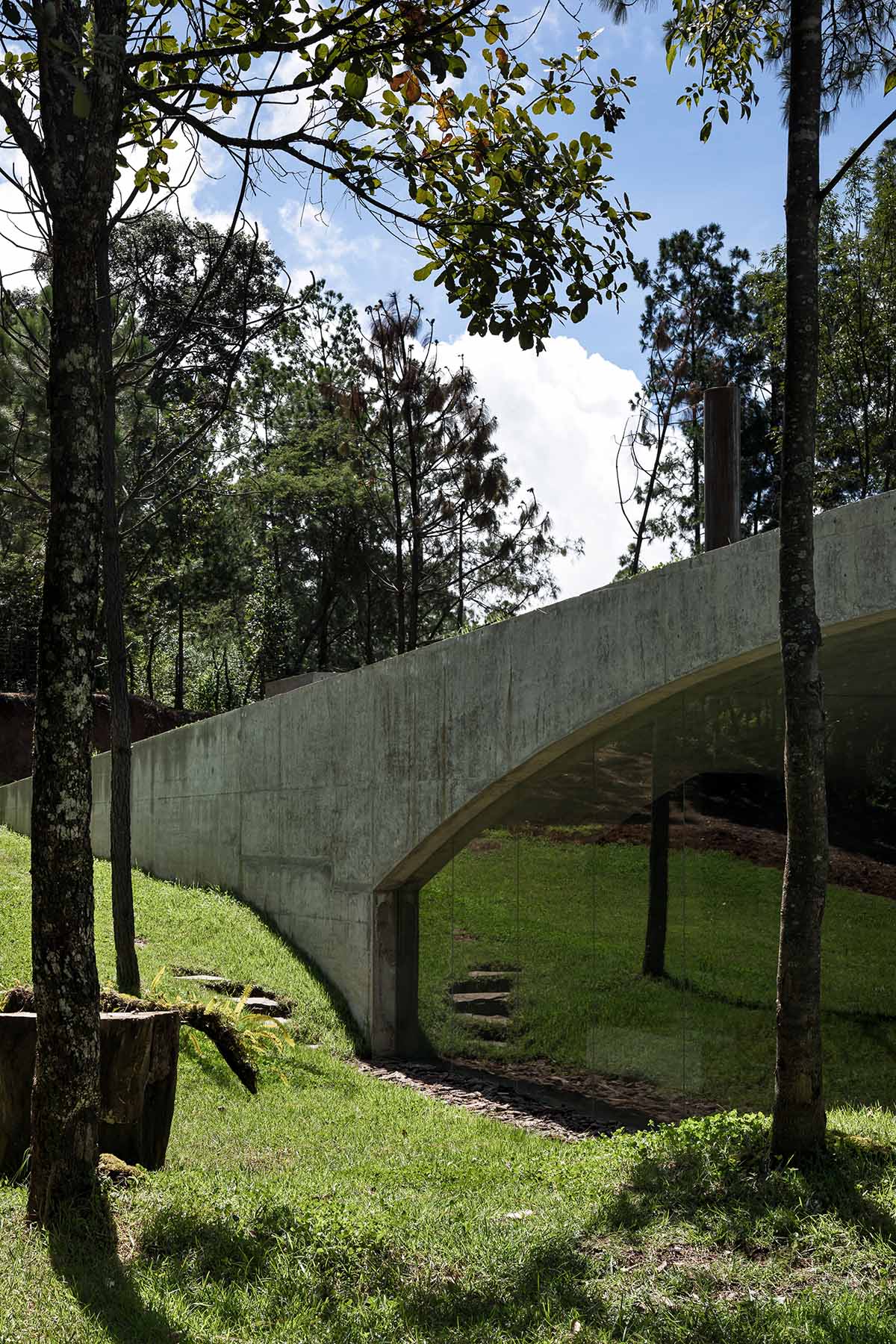 According to them, this project generates a continuity in the beautiful living surface around the land, forming a new hill in a place already surrounded by many.

The architecture is like an accent on the words of a poem, like a comma or a question mark, but never the actual poem itself. The poem is already written by the pines, the oaks, the sweet acacia, the fireflies, the road, the fence, the neighbor's water well, the earth, the orchard, and the nightingale. 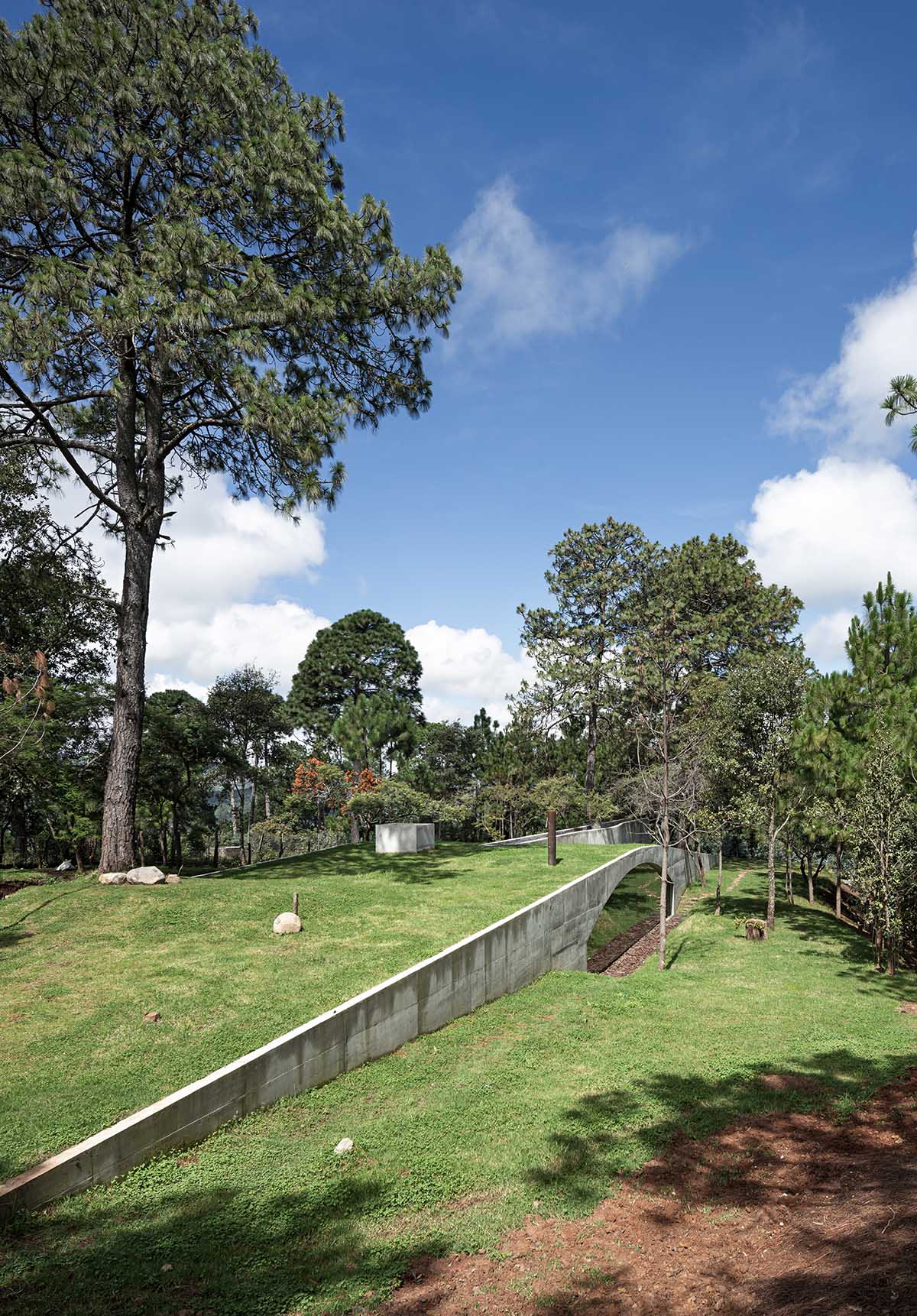 The house is made of four concrete walls that contribute accents to the poem. The house surprisingly emerges from the landscape; two of them bearing the land of the new hill created by raising the bed sheet, and two others framing the access as they escort guests into the house.

In the middle of the house, there is a long path that is wide enough to walk comfortably alone, yet narrow enough to discourage accompaniment. 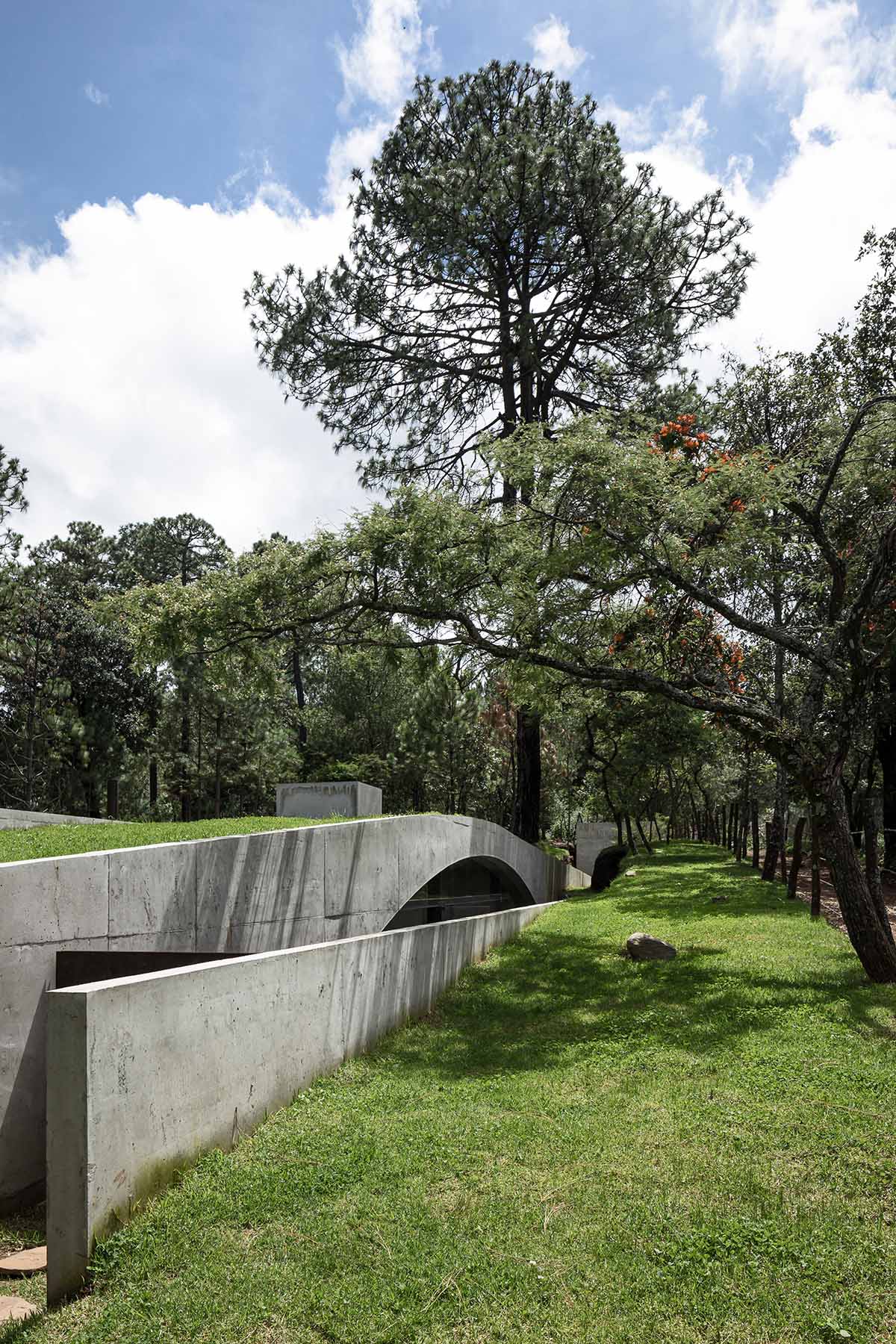 "Visitors are cast into a pilgrimage of solitude that leads to an old tree with such a significant presence that it was necessary to distort the linearity of one of the walls with a gentle curve to be able to pass next to it...so close that it is even possible to graze it," added the firm. 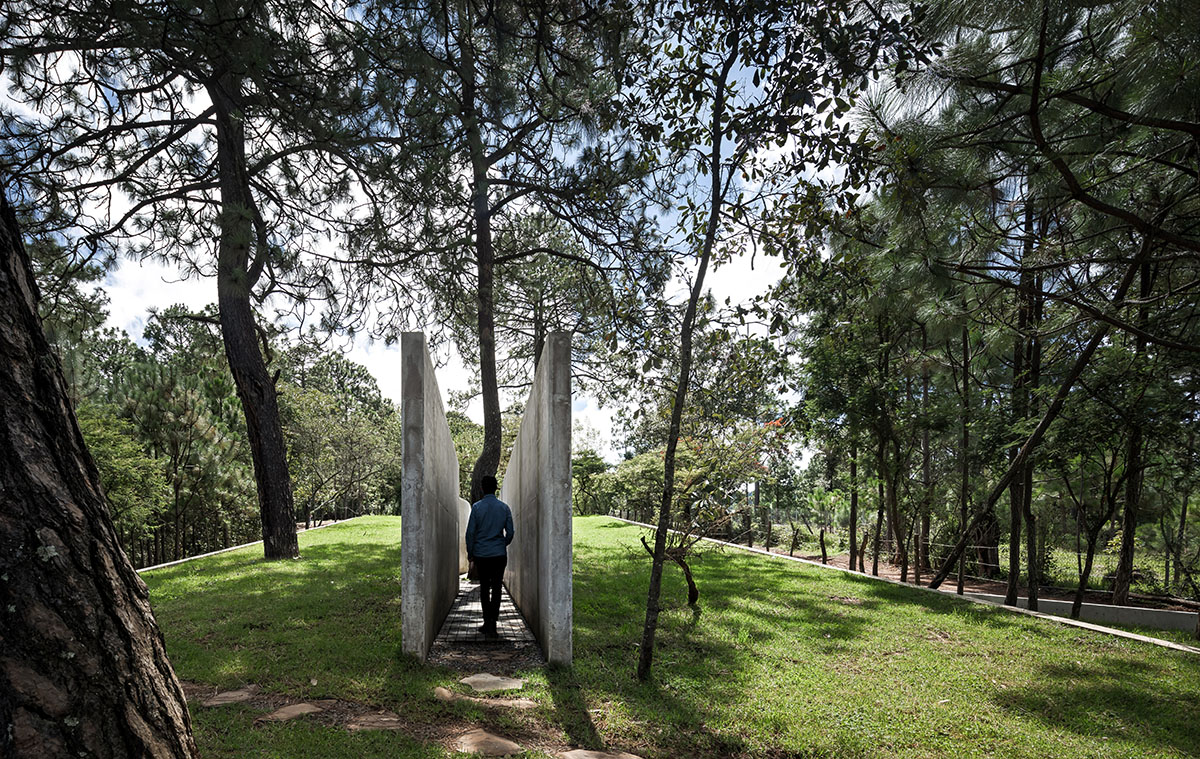 After crossing the tree threshold, going down a few solid pearled stone steps, and opening a heavy steel door, a concrete vault stands, supporting the loads of the green bed sheet that rests upon it; providing a sensation of being inside a cold, dark, but strangely cozy cave. 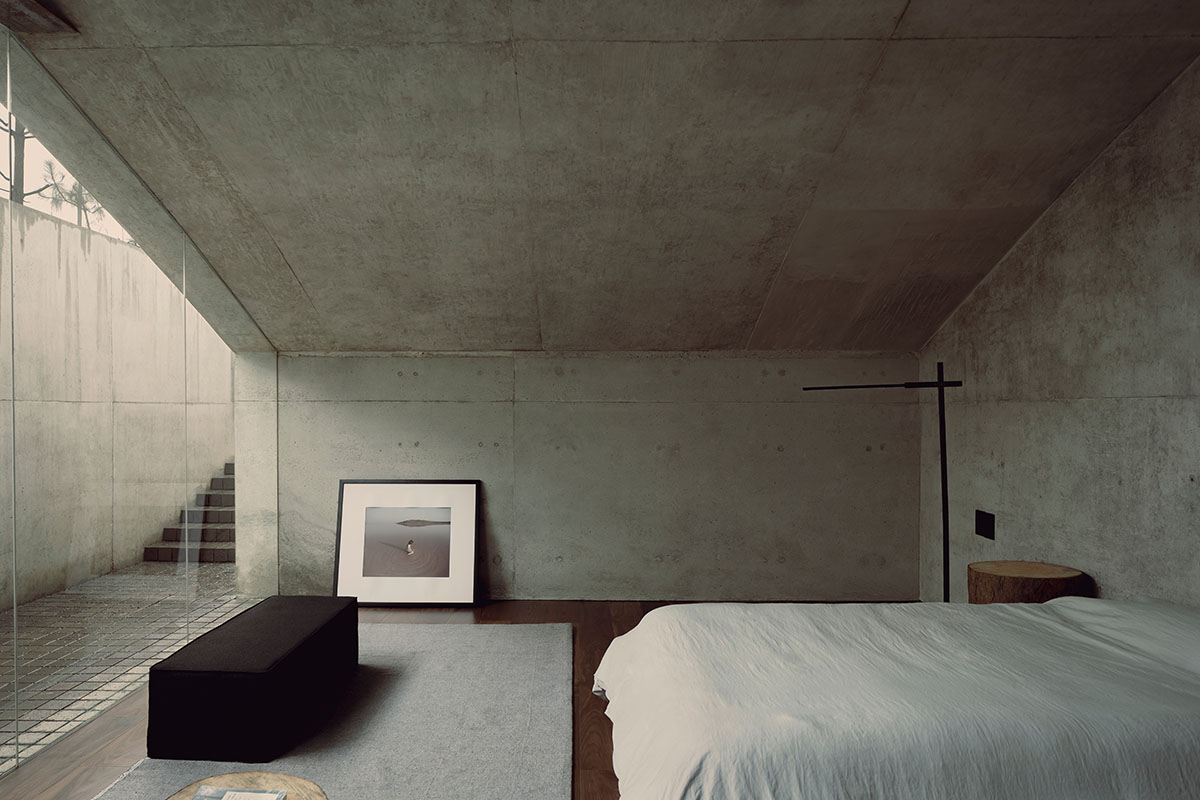 The studio choice concrete as the main material due to a dream about this new rock melting while inevitably interacting with the forest, changing colors... grays that turned to greens, blacks, and yellows that were gradually incorporated into the environment.

For the flooring, there is a strong emphasis with an aroma of wood that is perceived when surrounded by pine trees. This material provides balance to the cold temperature of the concrete. In addition to concrete and wood, they used steel, with time and rainfall, the steel acquires an appearance like tree bark. 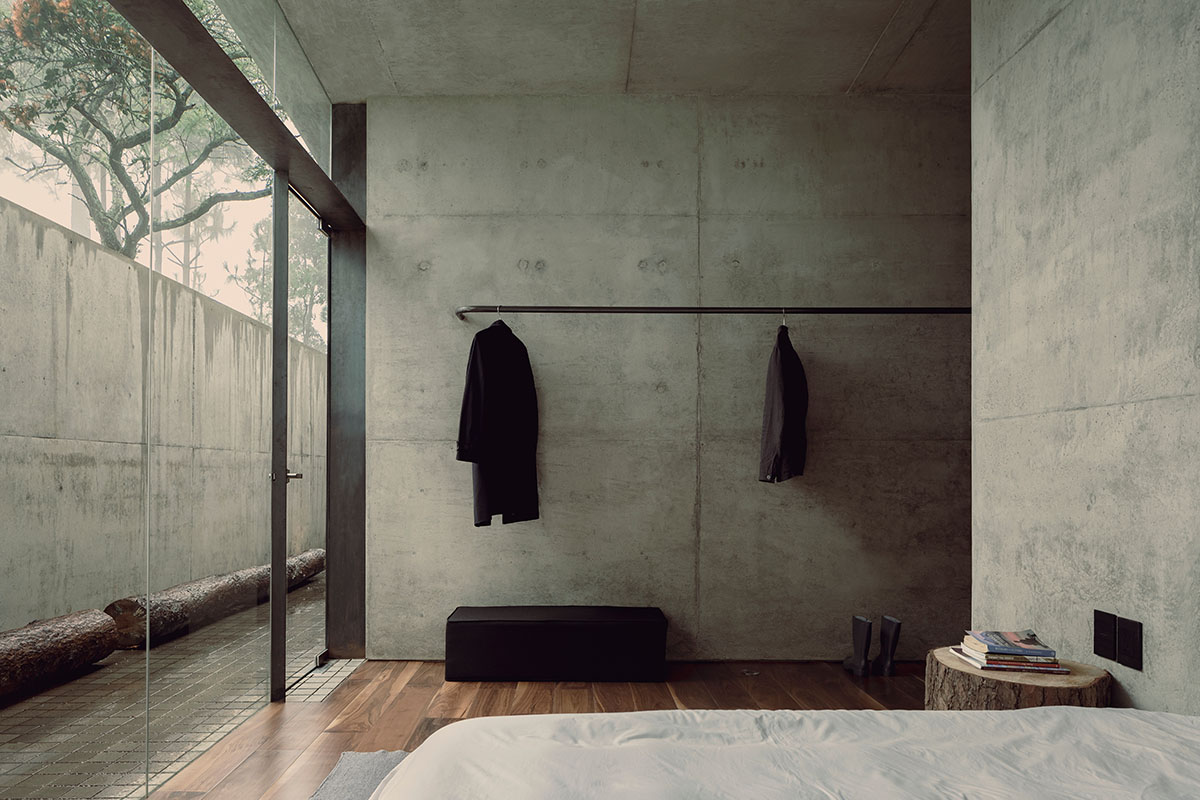 Inside the cave, public areas are arranged on the left side of the house and they are completely exposed to the wooded ravine, and on the right side are open more timidly to a courtyard with treetop and sky views.

As the studio highlights, "it was important to have very few references of elements that would connect to a specific moment in time." 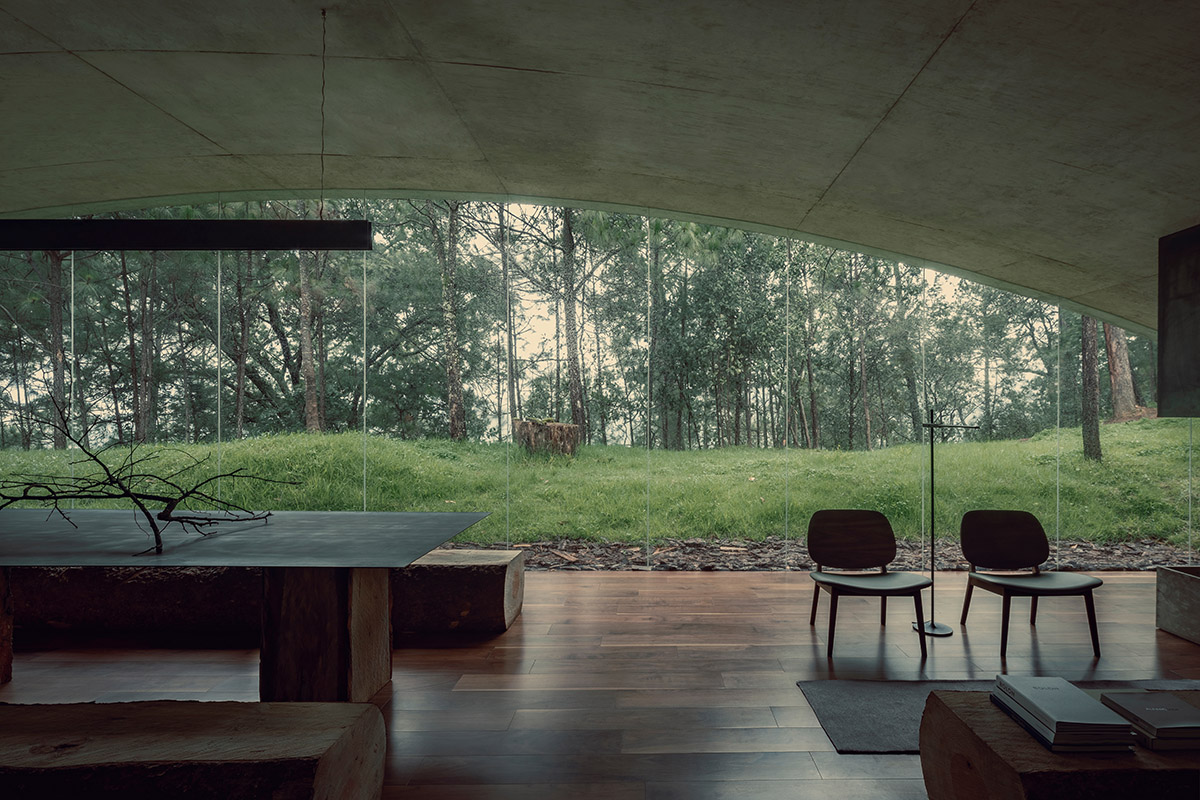 To achieve this, the refrigerator and appliances were hidden, the lighting was arranged very discreetly, and only the four main materials were included: stone, wood, concrete, and steel.

It was very important for the client to preserve the rough and primitive atmosphere of being in the mountains. 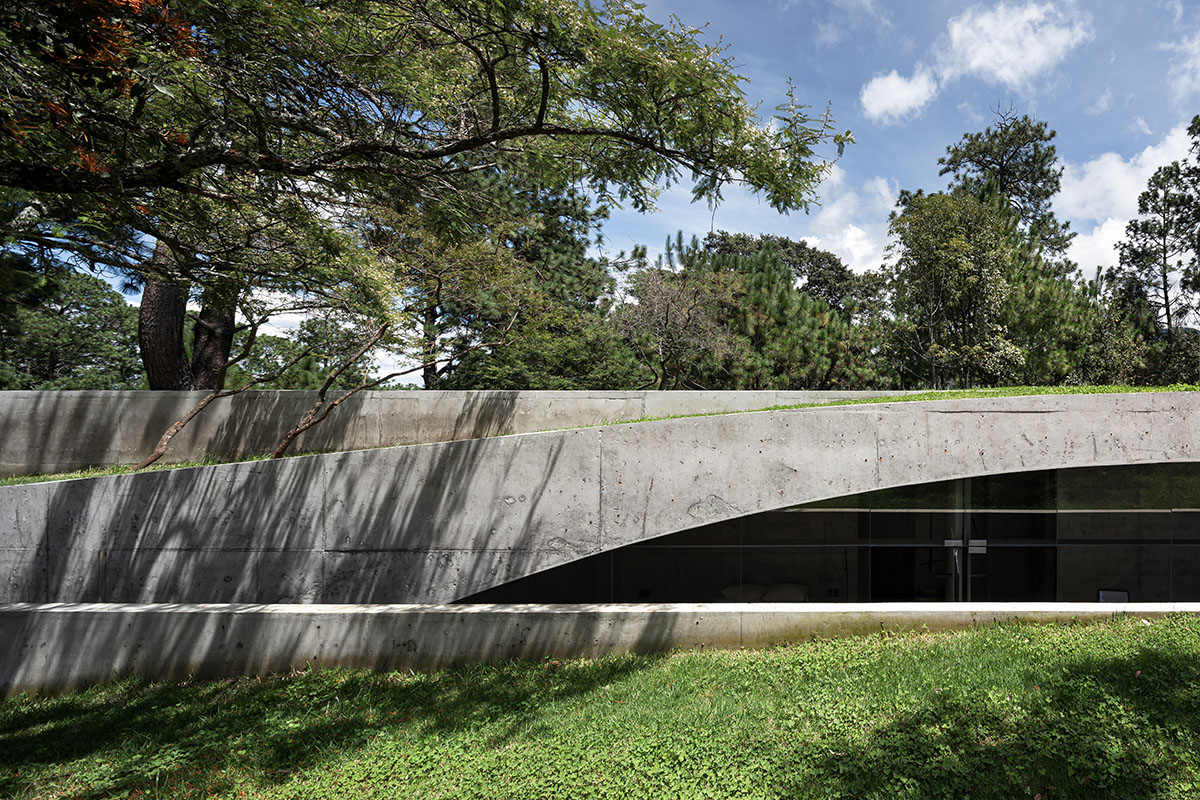 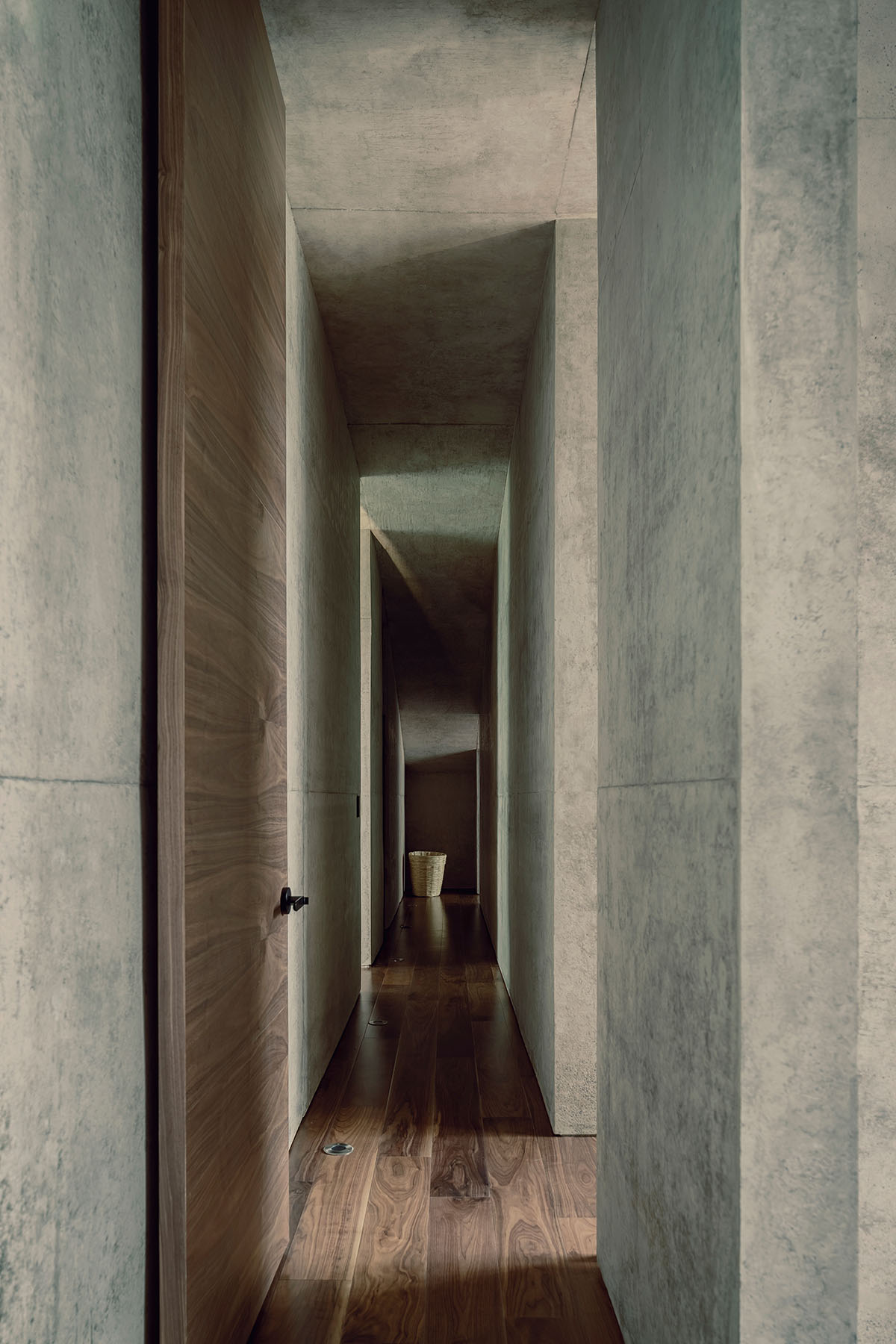 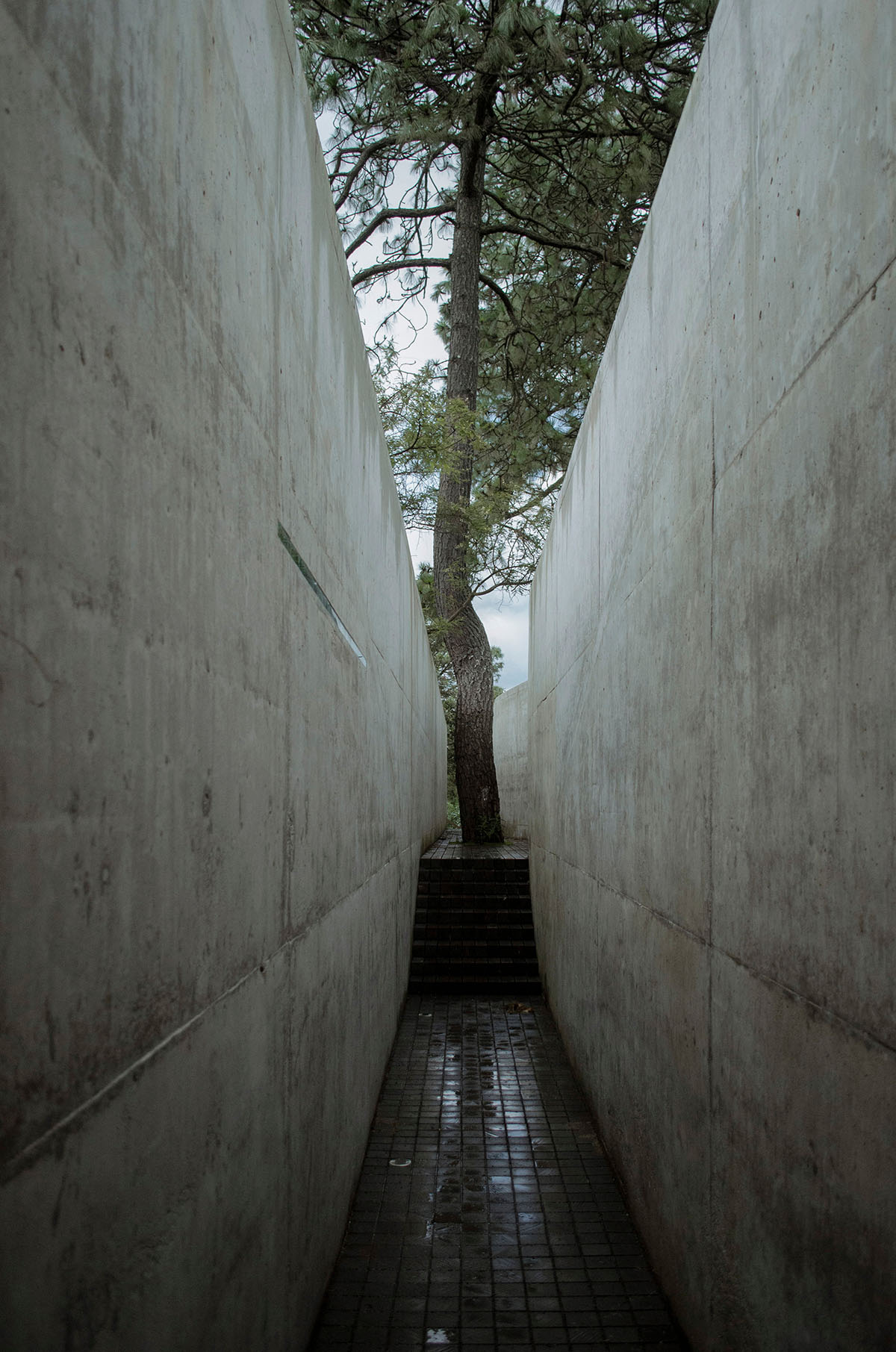 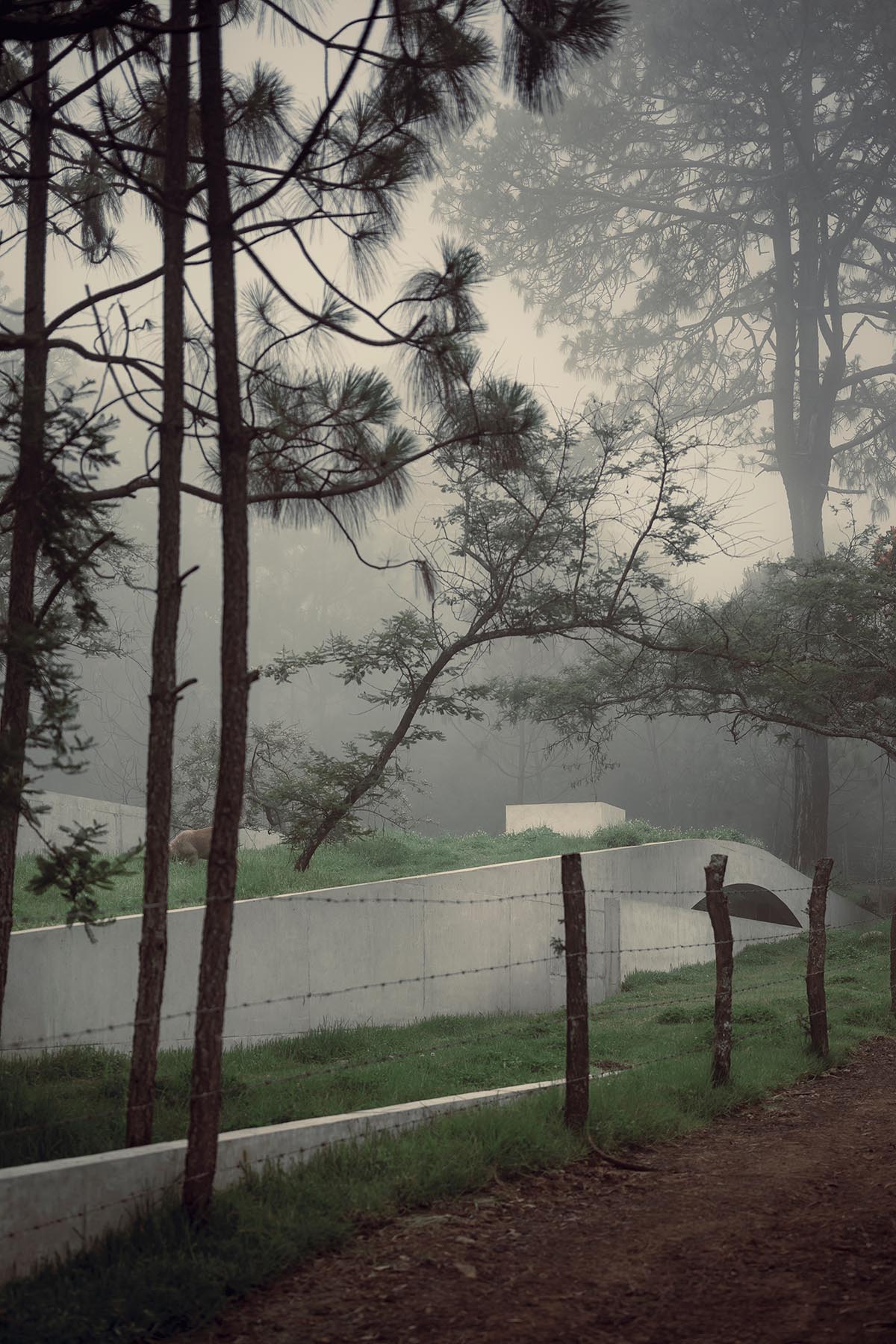 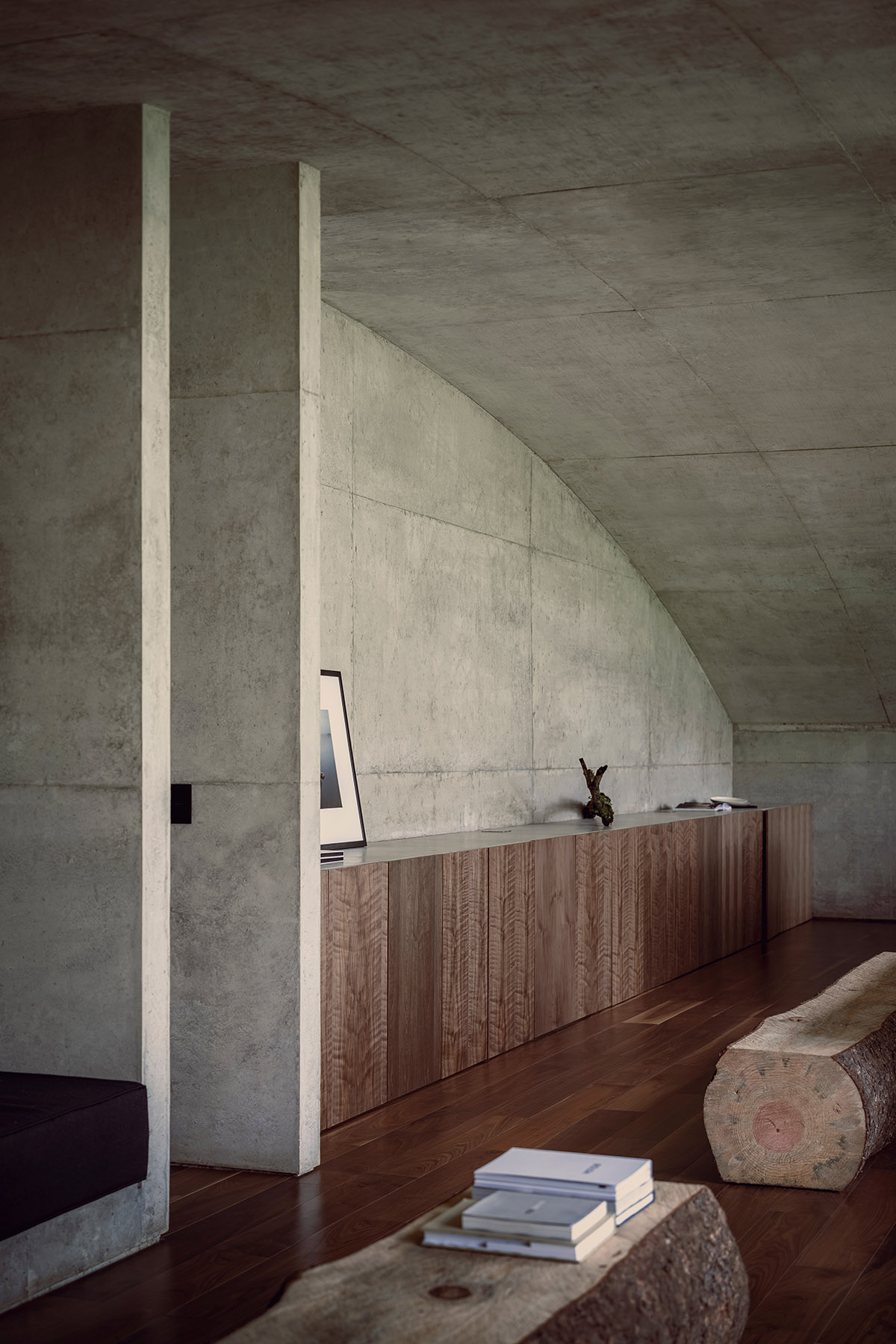 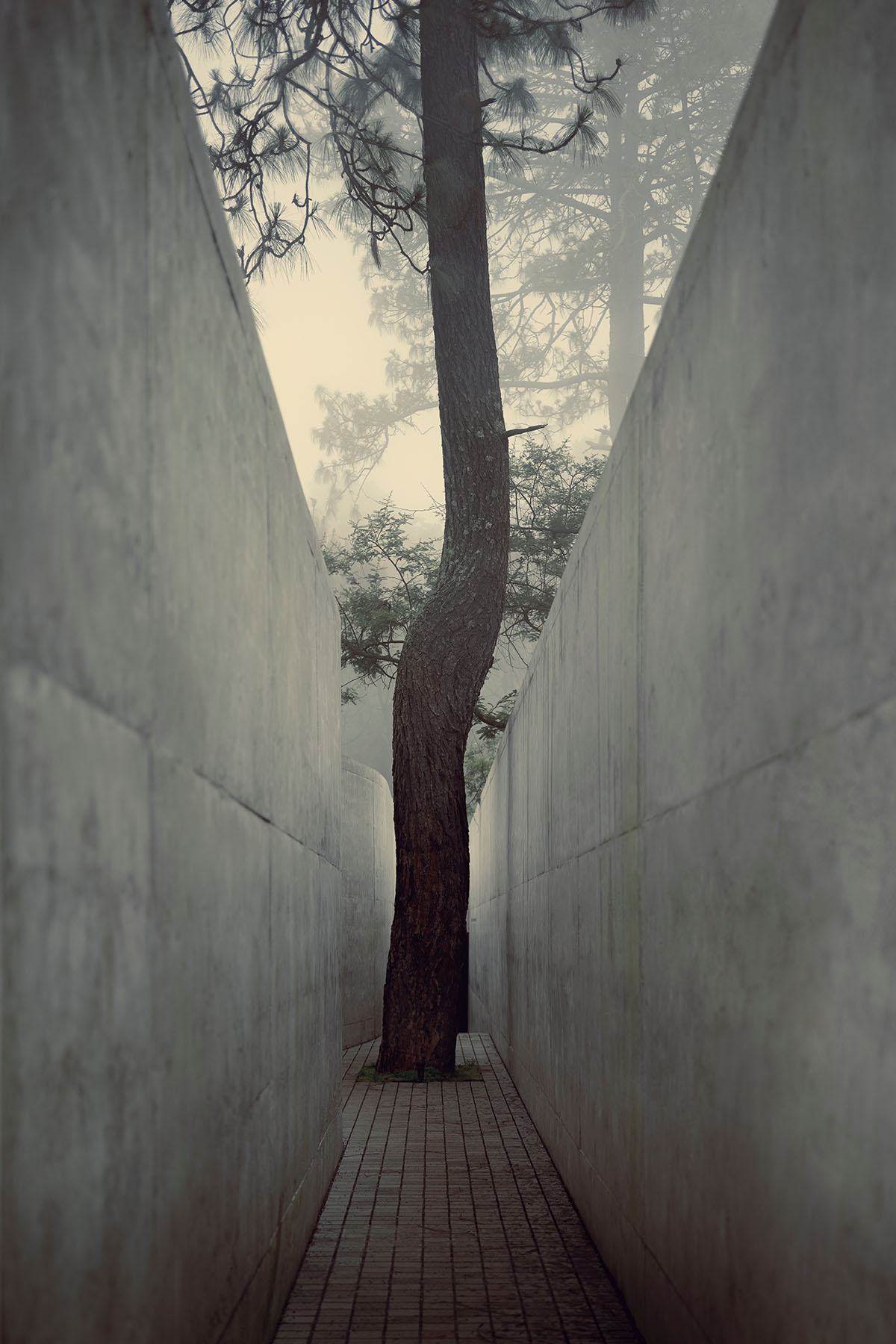 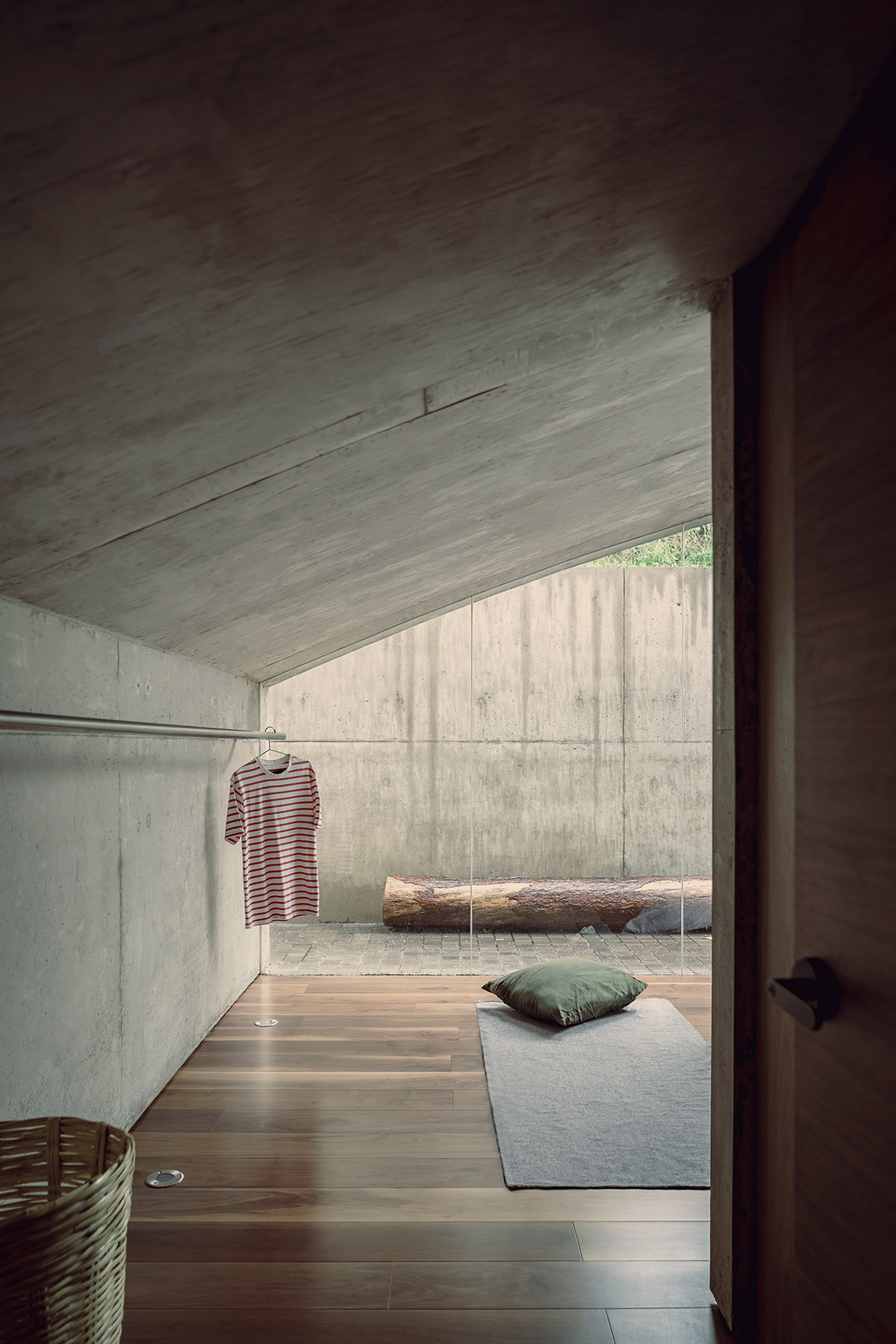 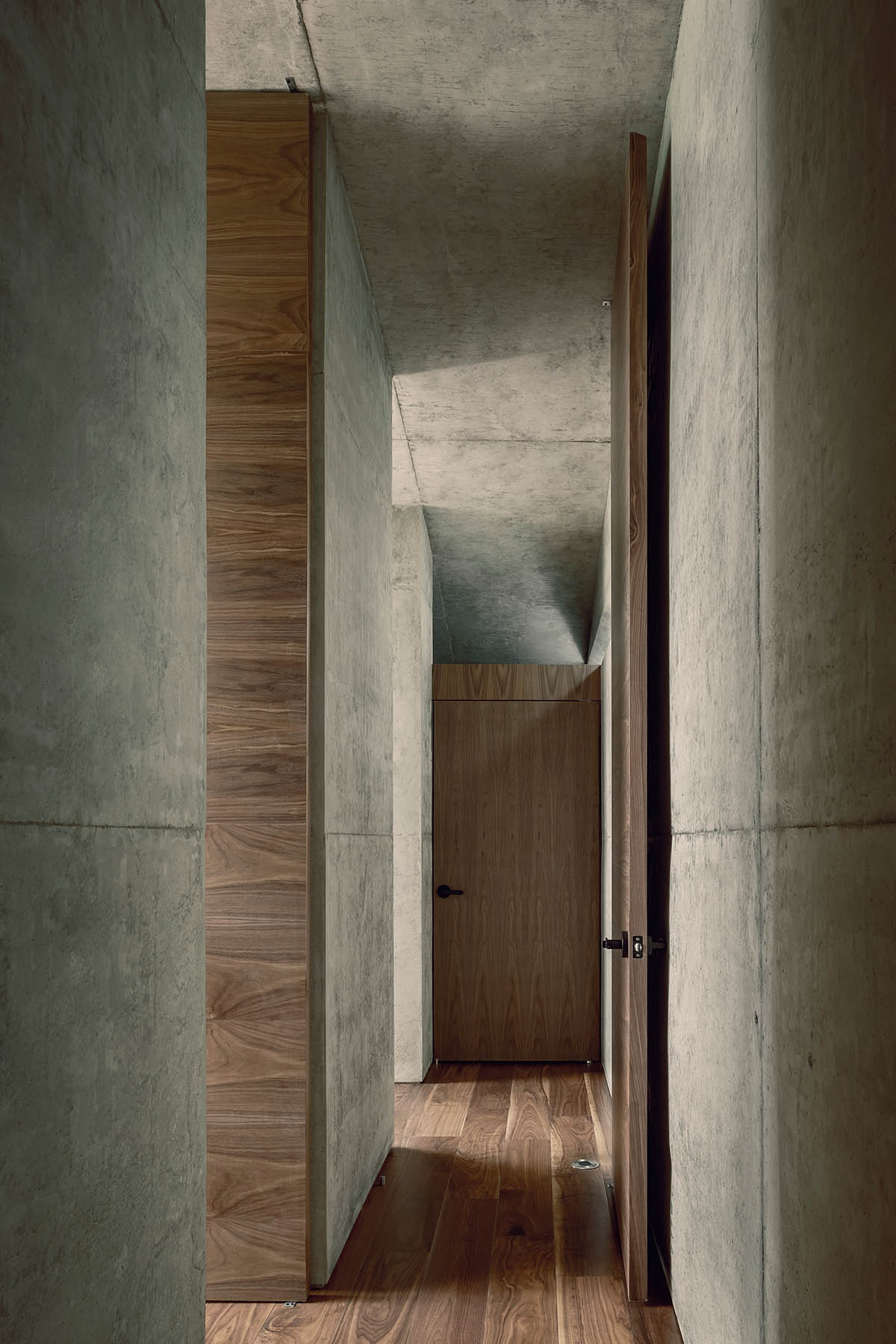 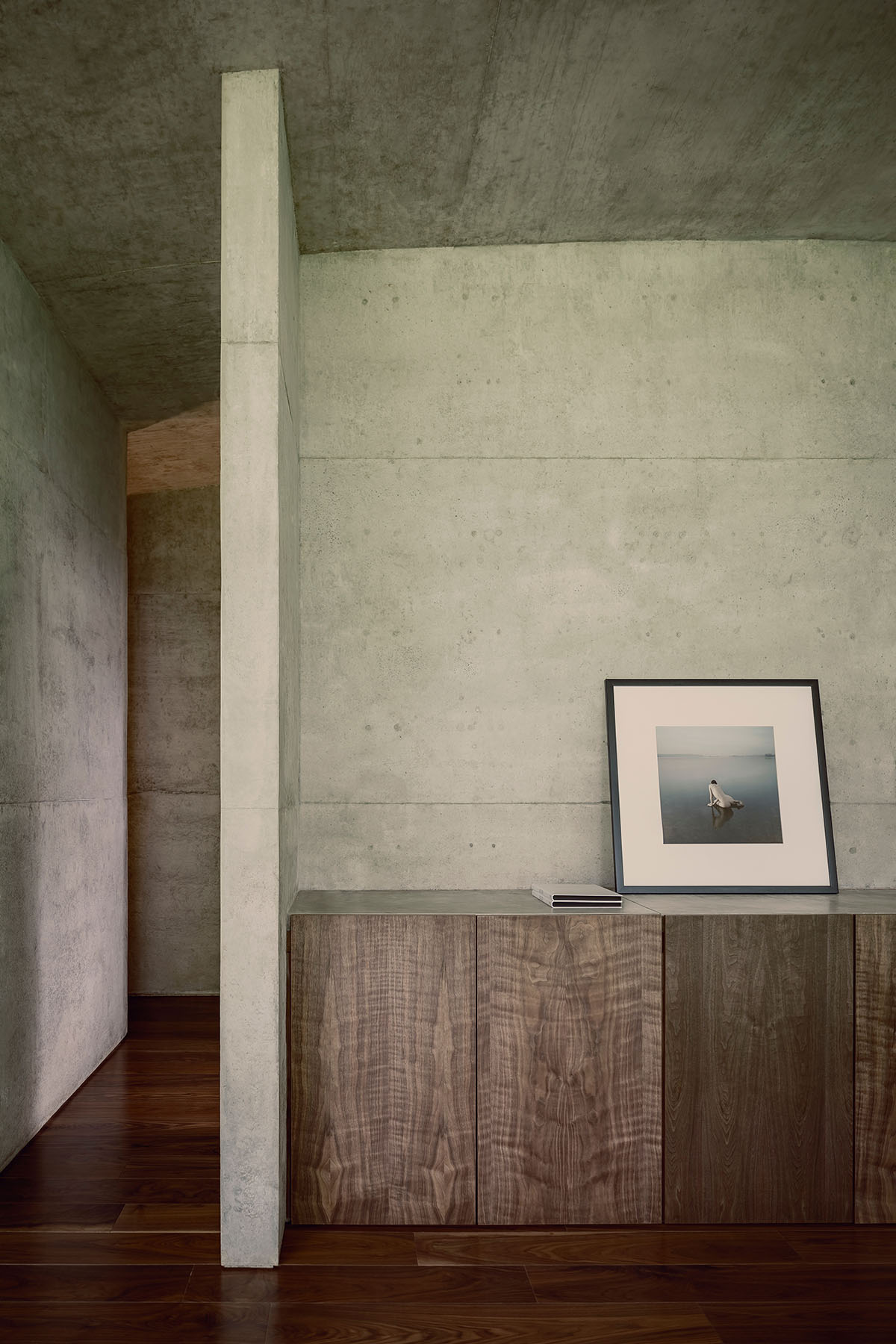 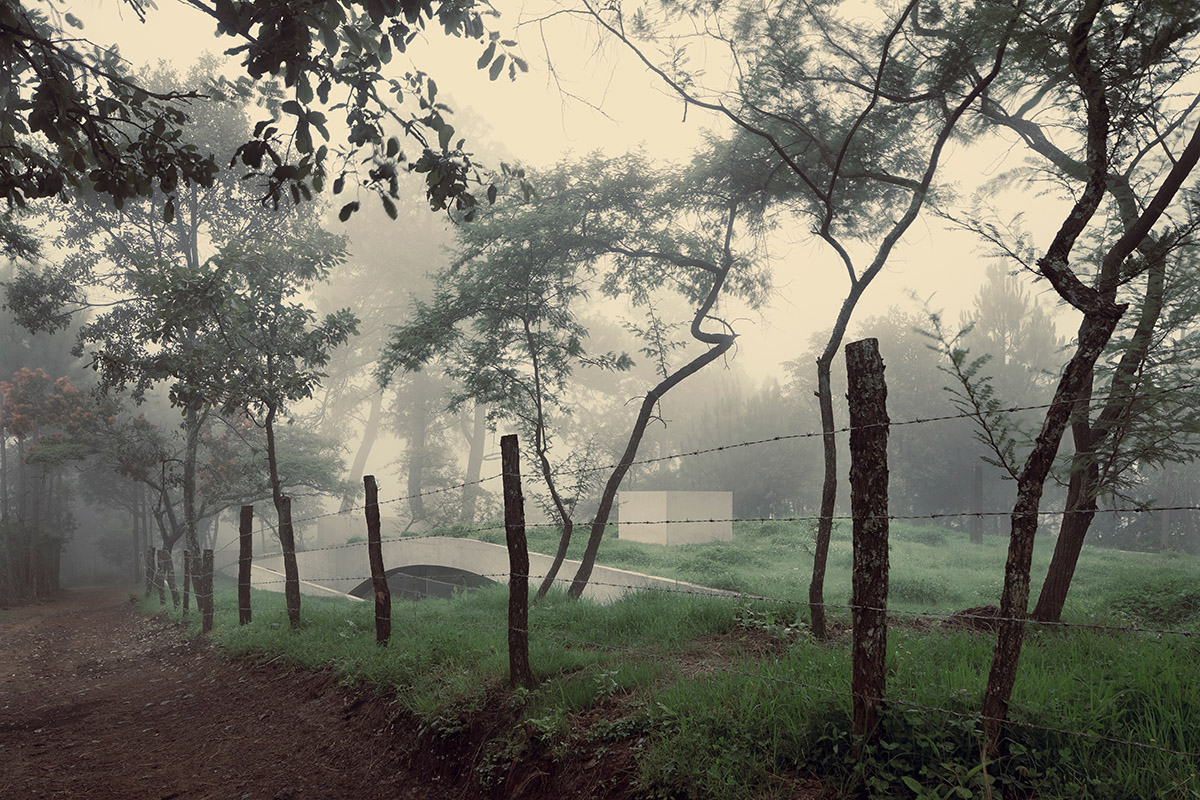 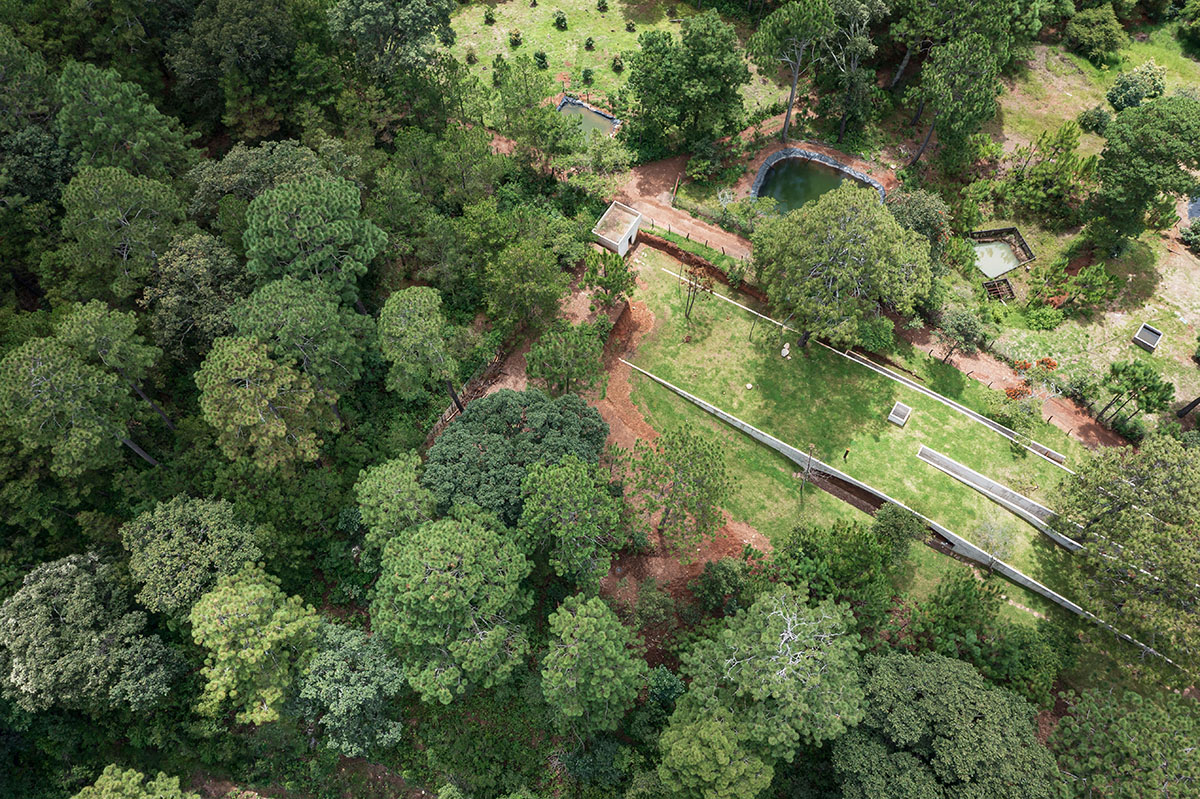