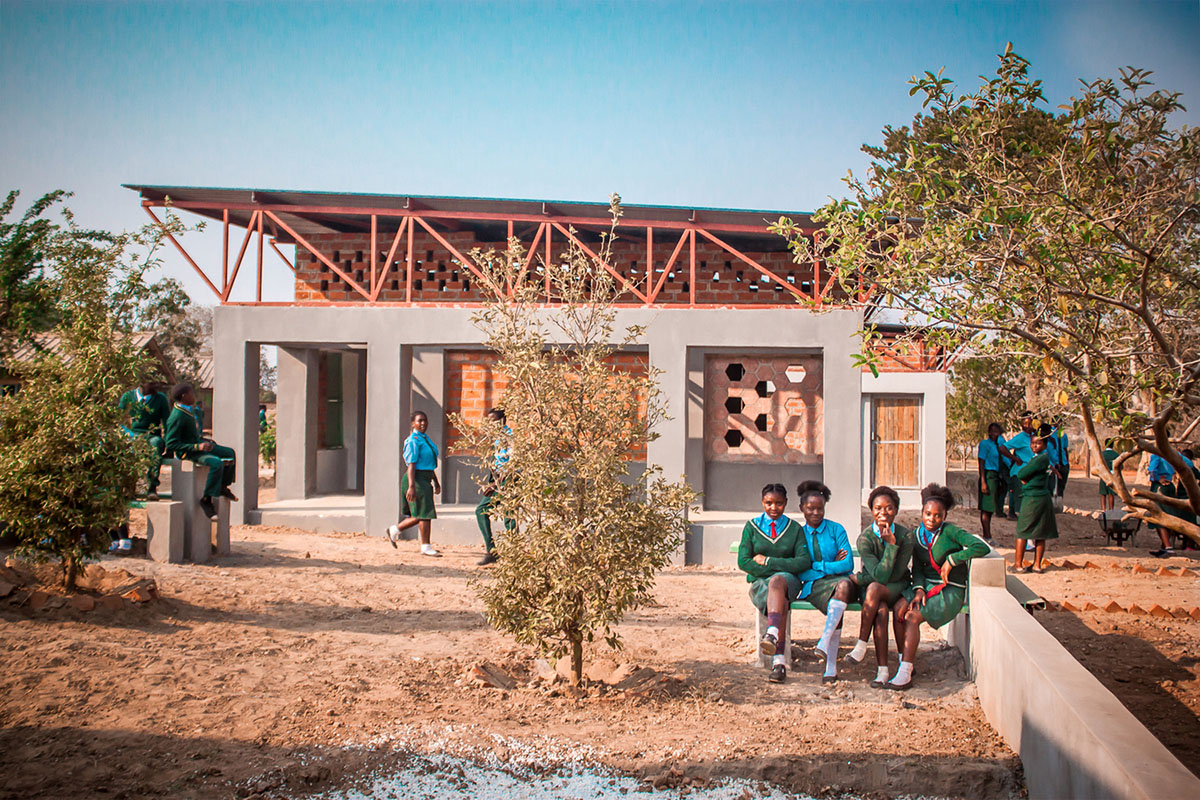 A rural Zambian school was built in only three months by using locally-sourced materials in Kanatantapa, a settlement in the Chongwe district, east of the capital Lusaka in Zambia.

Started working on projects in Zambia in 2012, the charity's recent project aimed at improving conditions for school learners in Zambia.

The charity MoA was established in 2004 with the aim of improving maternal health, reducing maternal mortality, and achieving access to reproductive health for all women. 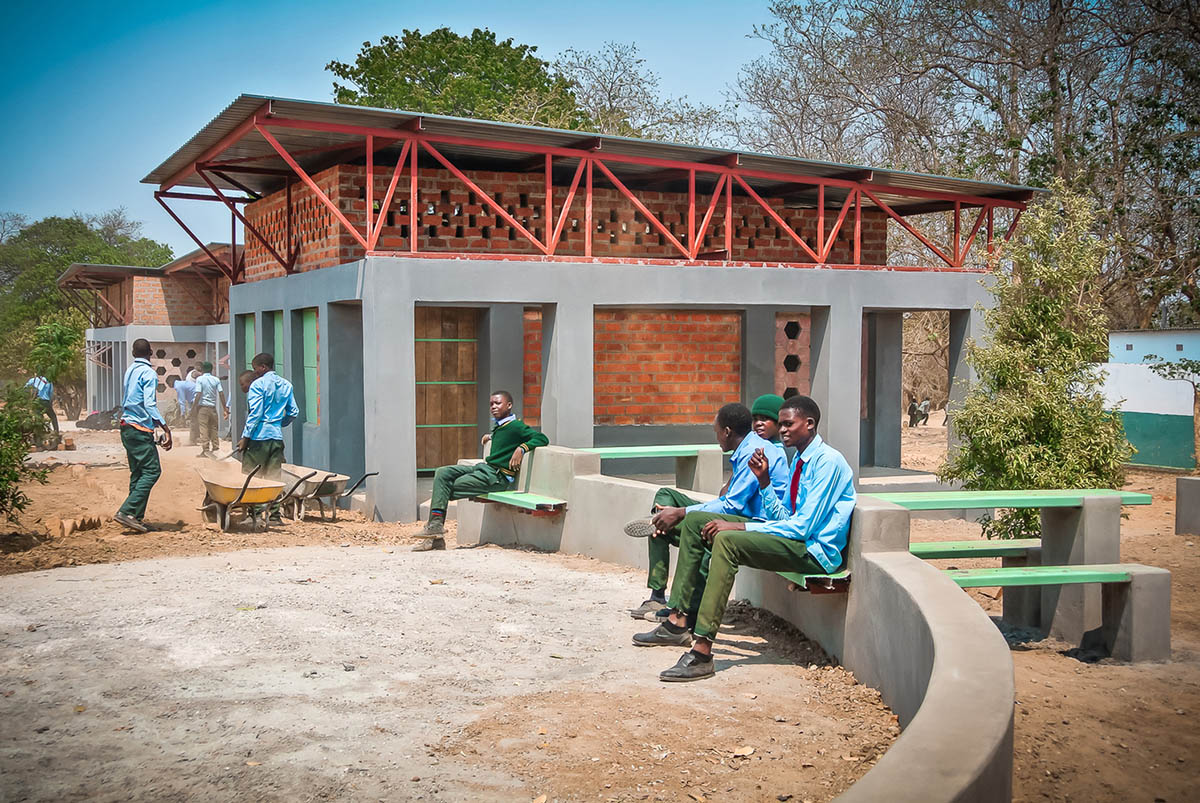 Caukin Studio's Evergreen School project adds four new classrooms and a teachers’ office to this rural area in Kanatantapa. Four buildings are placed in a linear plan next to each other and creates a large courtyard.

Evergreen classrooms had a lack of space in teaching, approximately was providing space up to 150 students per class. This was making very difficult to provide an effective environment for teaching and learning for the students.

The project increased the capacity of learning and teaching environment for the students with this project. By adding 4 classrooms, it is now bringing class sizes down to 40 pupils each and is aimed to provide a brighter, more spacious classroom to learn within. 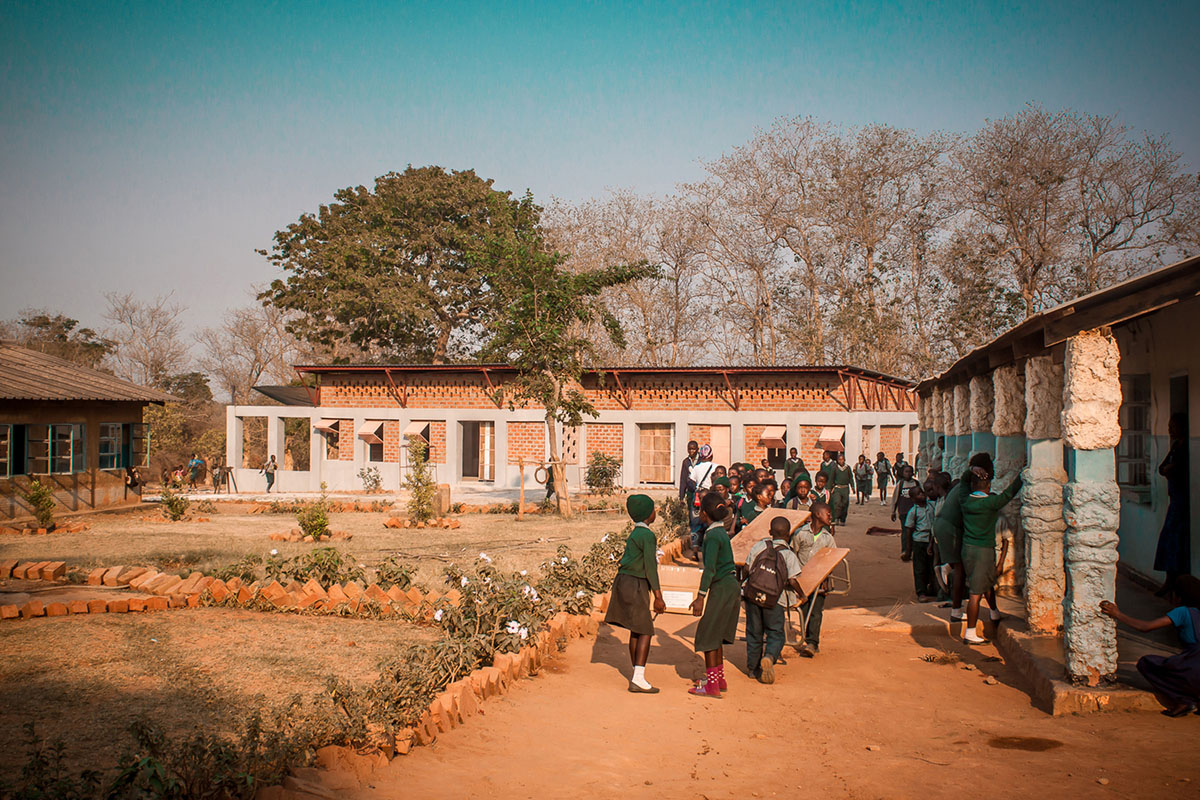 "MoA quickly realised that by improving the education of the village children they could make a long term contribution to the charity’s overall objective. Children in Zambia are often only educated to the age of 14; with schools often oversubscribed and in poor conditions," said Caukin Studio.

In this project, MoA employed over 30 local workers, managed by Caukin Studio for the duration of the construction. Over 50 per cent of the workers was female.

"With unemployment rates in Zambia being so high, it was important that this project also became a vehicle to teach workers new skills increasing their opportunity for future employment," added the studio in its project description. 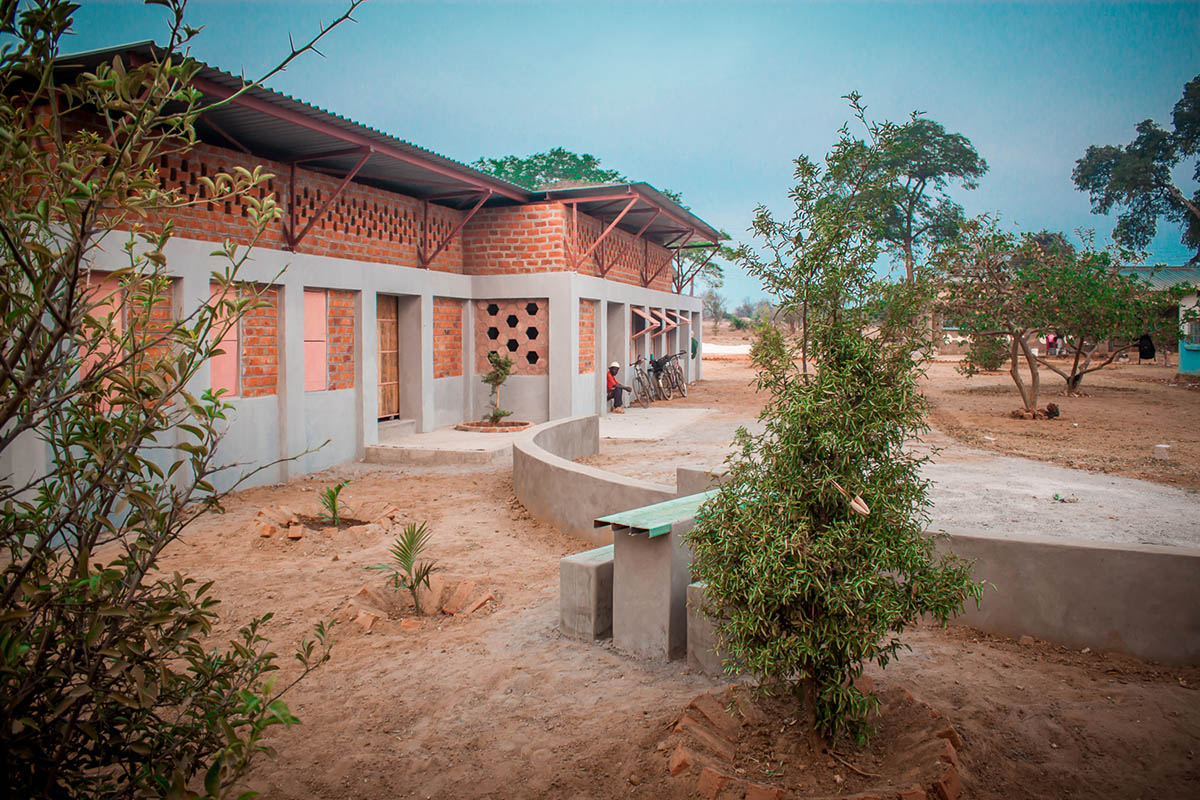 The architects took inspiration from the local vernacular architecture and used locally-sourced materials - which all were sourced within 2 hours from the site. While concrete blocks are wrapping the buildings, the brick was used in different forms, partly including hexagonal patterned-brick façade to give a specific character to the classrooms.

"Each block of two classrooms is offset to create a layered facade adding interest and breaking up the masses," added the studio.

The roof structure is supported by steel trusses which allow to increase the airflow through the spaces below, venting through the hit and miss brickwork under the roof. 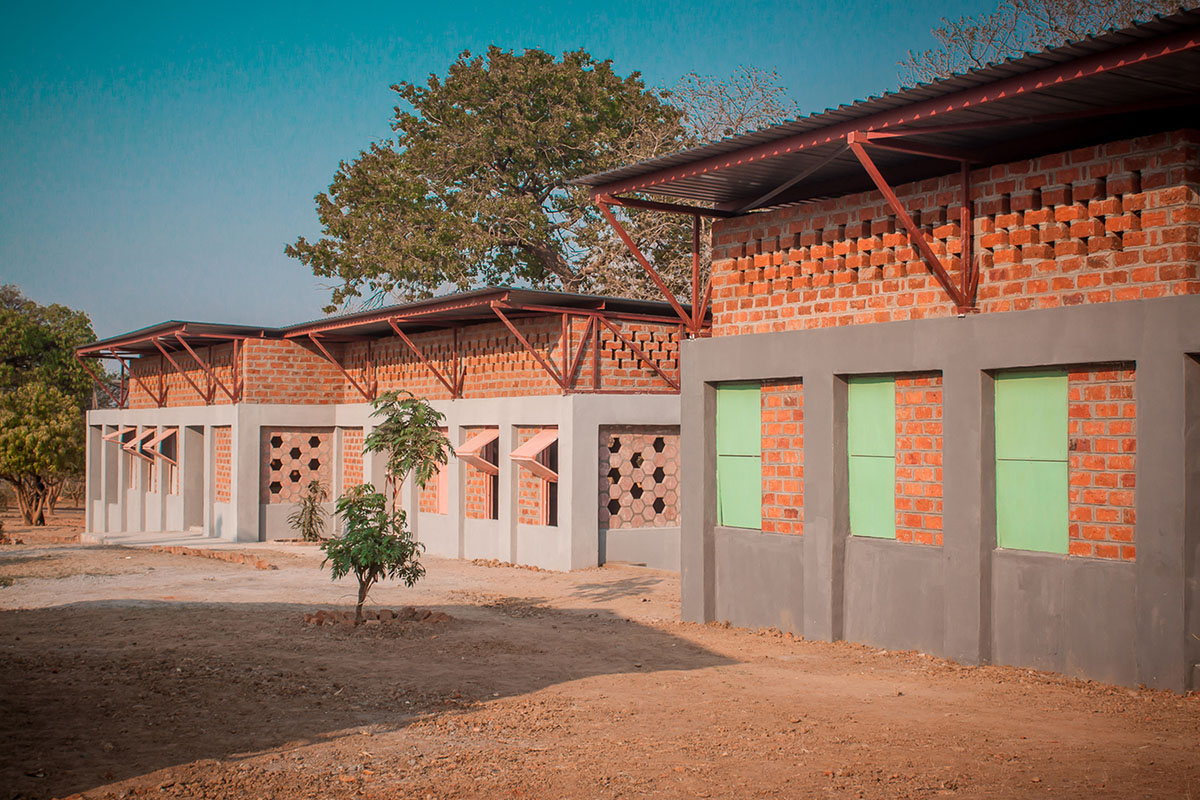 "The spacious volumes are flooded with light through the fully adjustable window shutters which can be locked down after school hours," the architects continued.

The landscaping is enhanced with small, half-height walls which offer a movement around the site and create informal breakout spaces for students to eat their lunch or complete their homework after school. 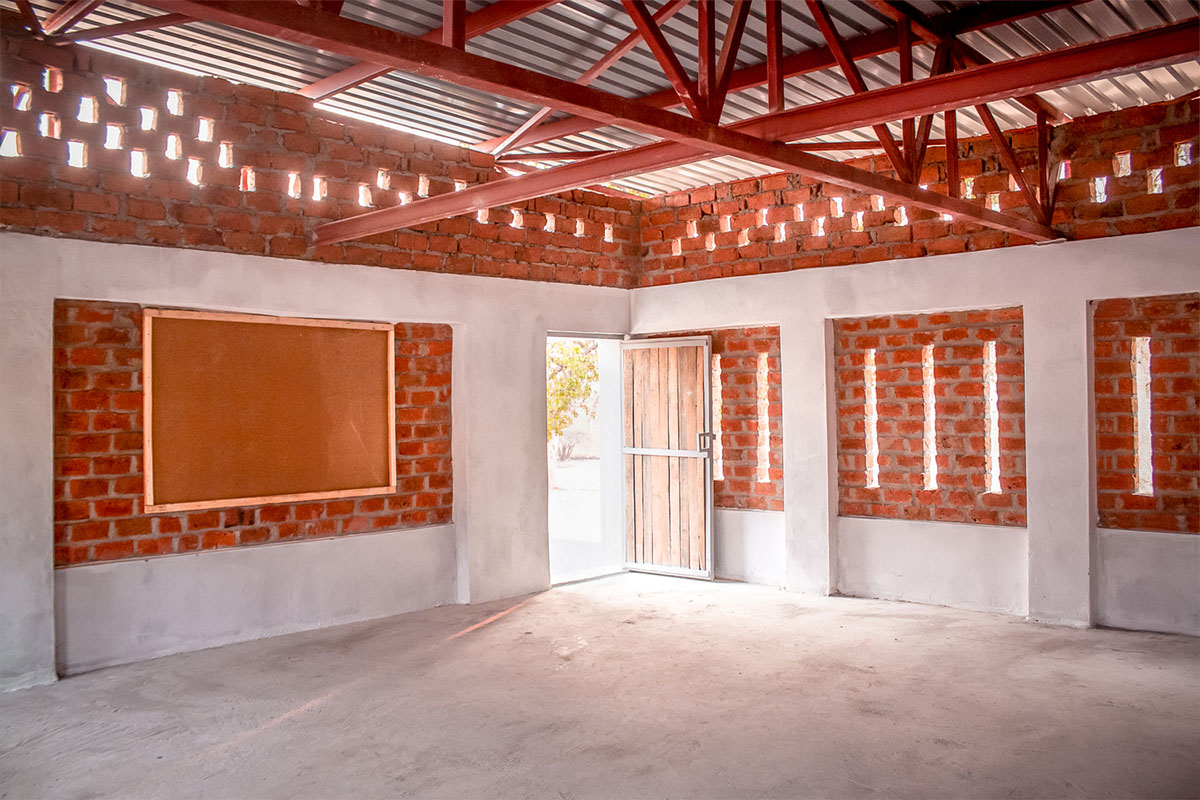 "To ensure all materials were utilised effectively, maximising the charity’s budget, all landscaping elements were made from offcuts or excess materials, meaning that wastage across the whole project was kept to a minimum. Brick rubble was cast into the floors and the timber form work was used to make the doors," added the studio.

In total, the architects used  over 9000 local bricks, 4000 concrete blocks, 2000 tonnes of sand and 50,000KG’s cement in the project, with all of the concrete being mixed entirely by hand. 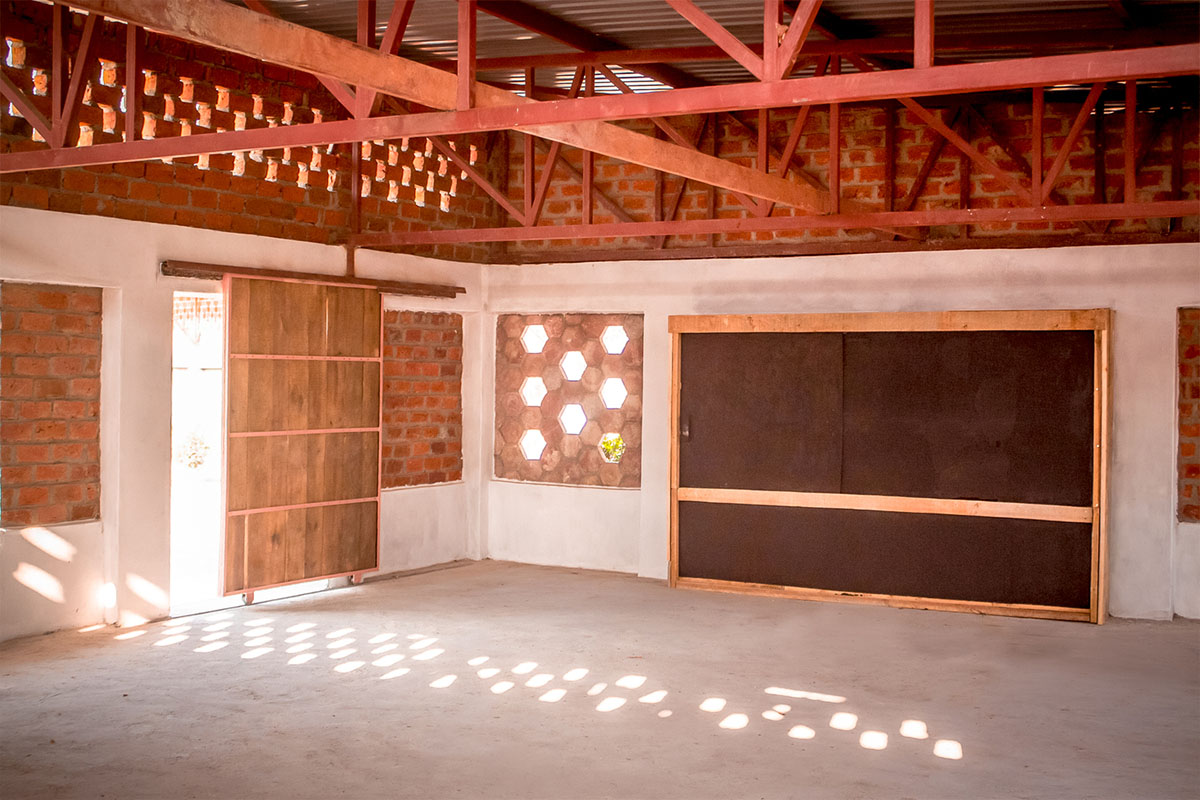 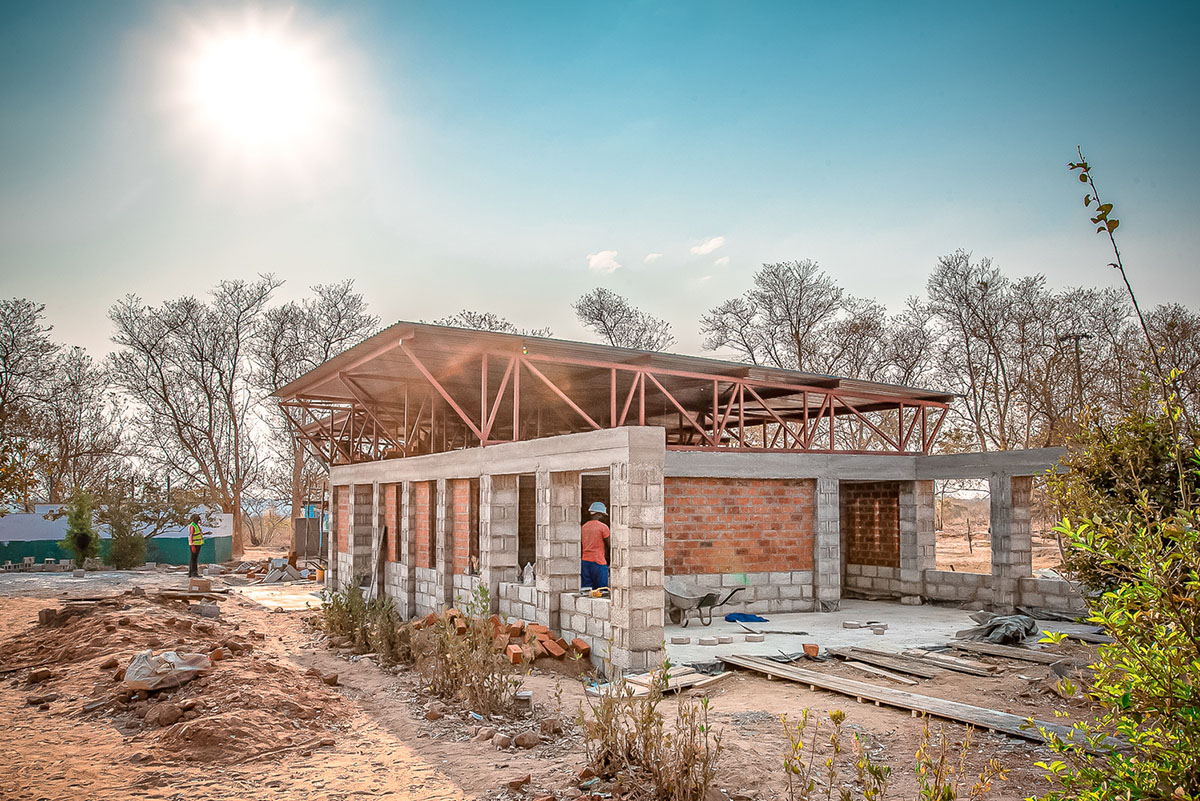 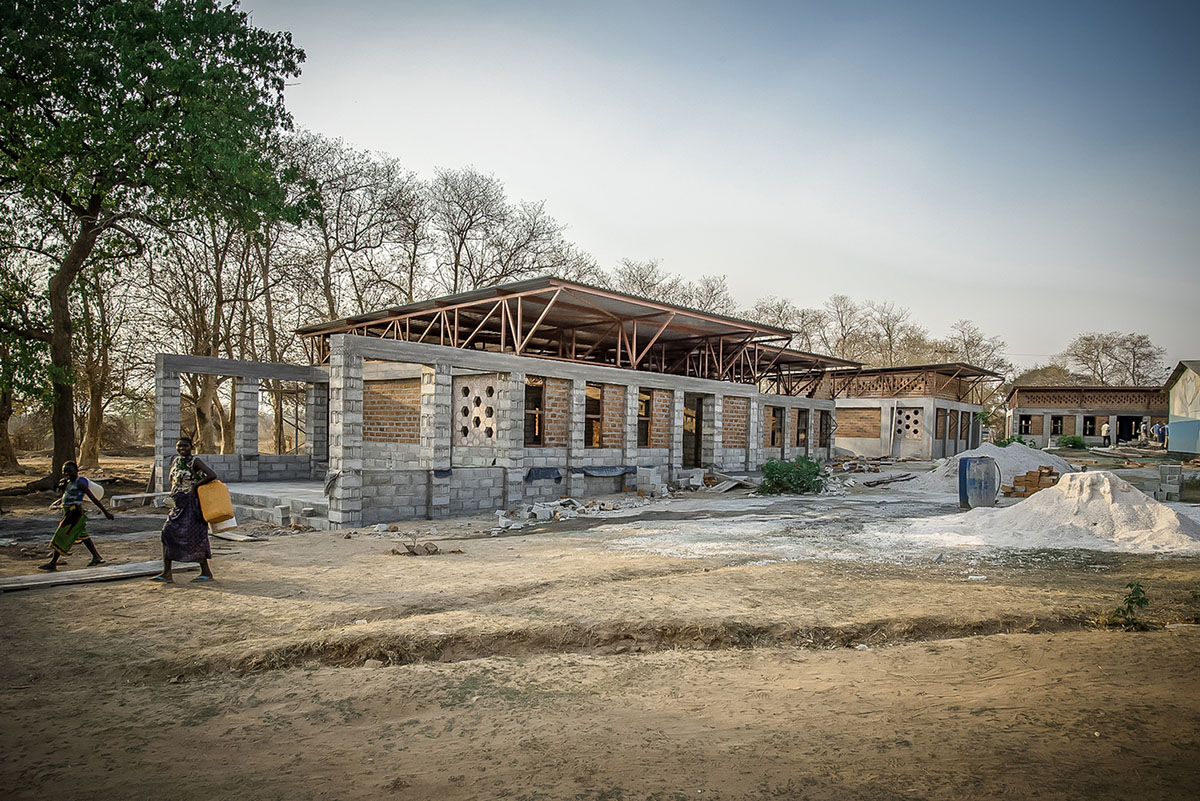 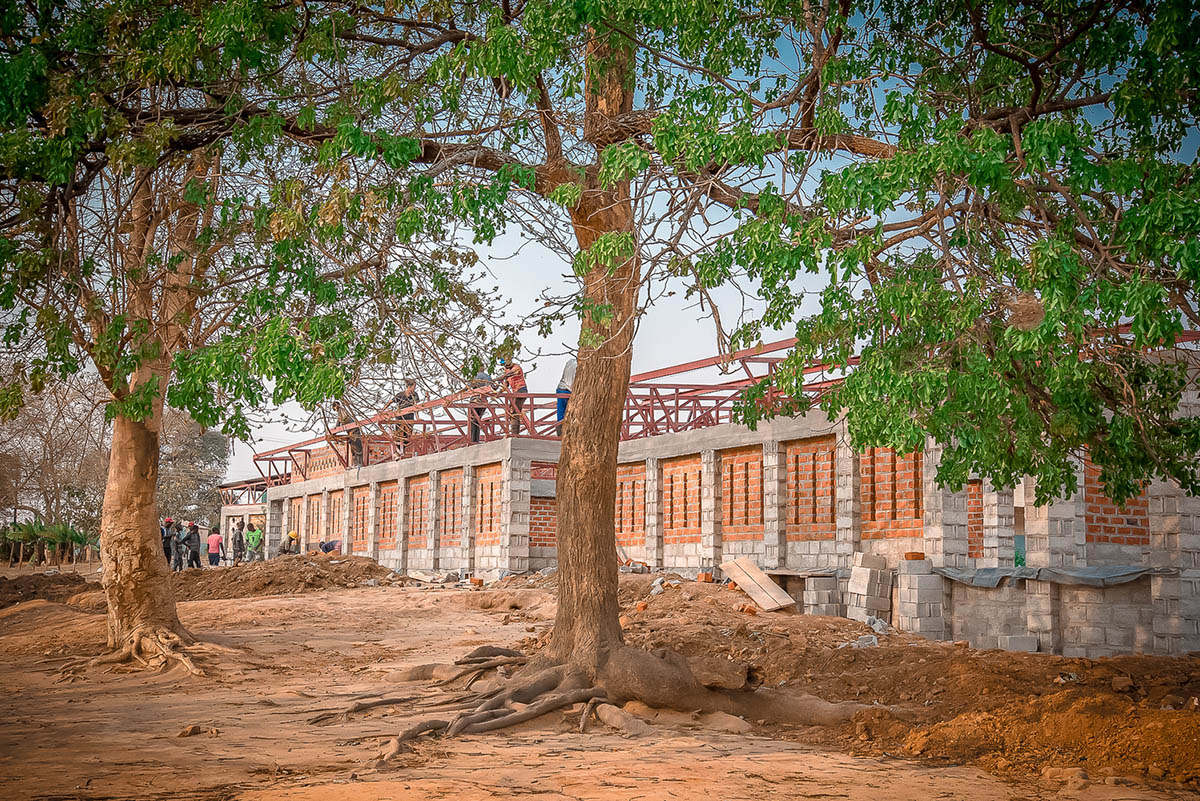 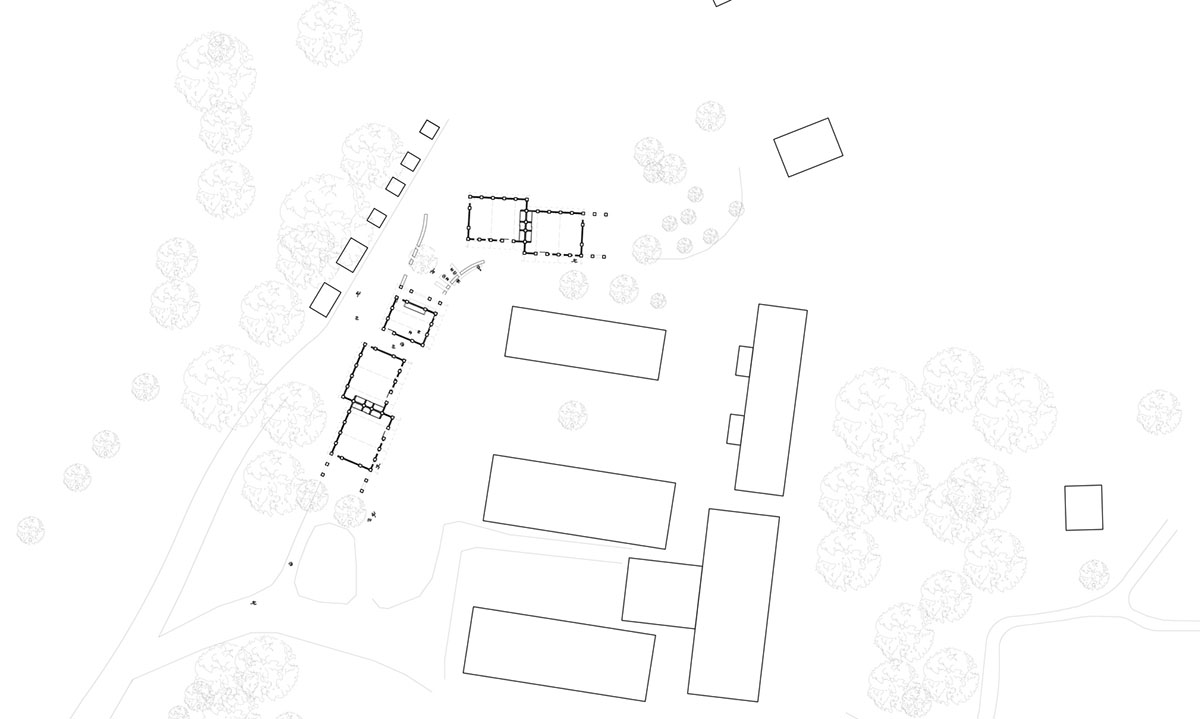