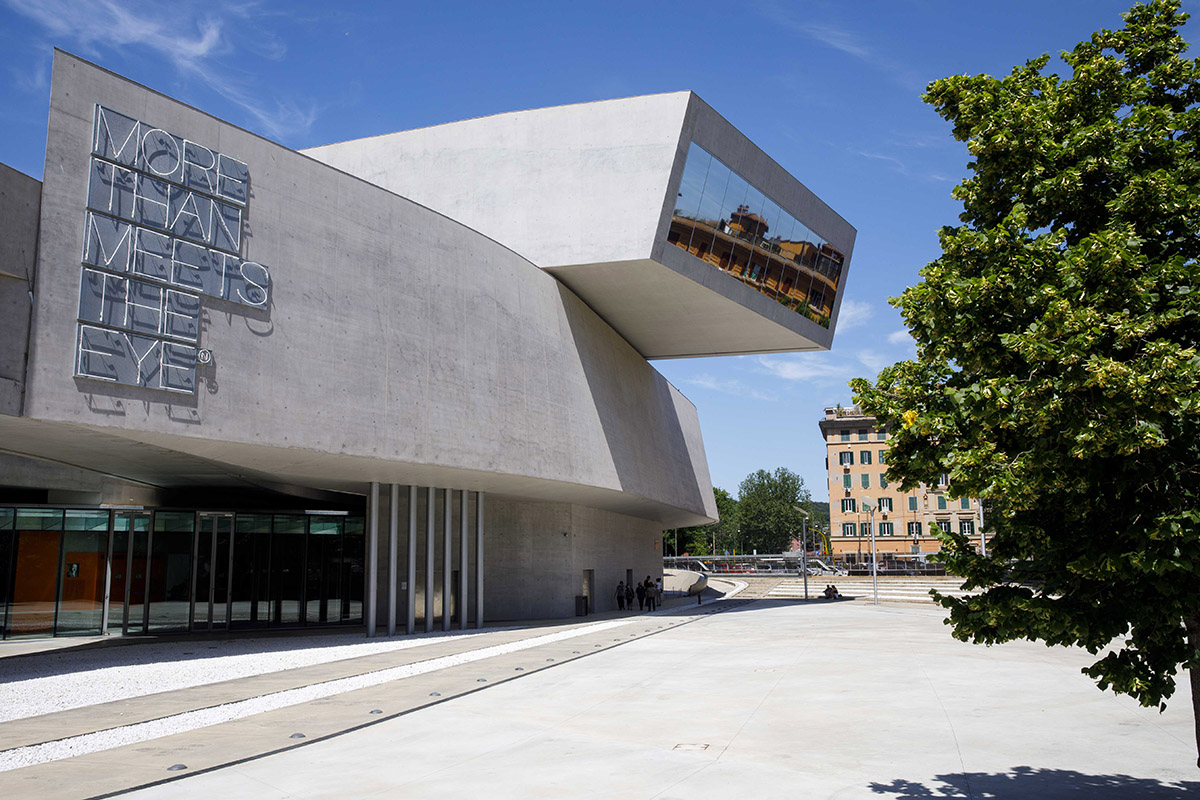 The MAXXI Museum, the first Italian public museum designed by Zaha Hadid Architects, has launched an international ideas competition to expand and revamp its existing museum.

A new expansion project, called GRANDE MAXXI Masterplan, is calling architects to design a proposal for two-storey building that will consist of a series of integrated facilities, including a MAXXI Hub, MAXXI Green, the revamp of ZHA's MAXXI Museum with sustainability-led scheme improving energy performance and the renovation of the museum as a smart and accessible building.

Zaha Hadid Architects completed the MAXXI Museum in 2009, which was awarded the 2010 RIBA Stirling Prize. The building is the first national public museum dedicated to contemporary art. 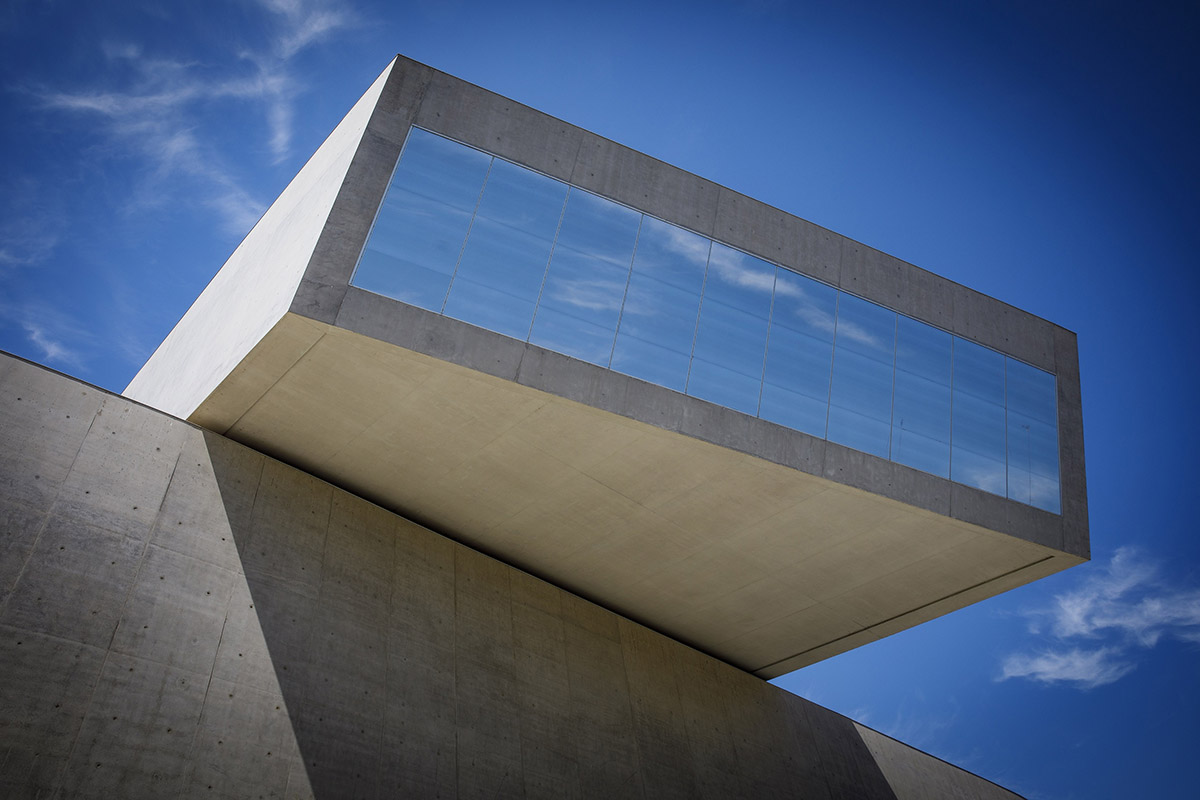 While the competition brief can be downloaded from this page, the revamp and expansion of the project focuses on three key words: sustainability, innovation, inclusion.

The major expansion is aimed to be "sustainable and high-tech", which will enable the museum to confront the "new world" that must arise from the syndemic, environmental, social and health crisis and become even more a laboratory of the future," according to Giovanna Melandri, President of the GRANDE MAXXI Masterplan competition, organized by the MAXXI Foundation.

"In its first 10 years of activity, MAXXI has grown and evolved, thereby becoming a device for research, education and experimentation. Every day, through the gaze and visions of artists, architects, designers, masters of photography and the in-depth programs in which intellectuals, philosophers, scientists, and experts from different disciplines have participated, we have explored the most pressing issues of our time, including the relationship between man and nature, between art, architecture, science and artificial intelligence," said Giovanna Melandri.

"We learned a lot in the pandemic years, bringing our content online and strengthening the educational and social function of the museum."

"Now is the time for a ‘natural’ and further evolution under the banner of urban regeneration, sustainability and high-tech, which will enable us to confront the ‘new world’ that must arise from the syndemic, environmental, social and health crisis and become even more a laboratory of the future," Melandri added. 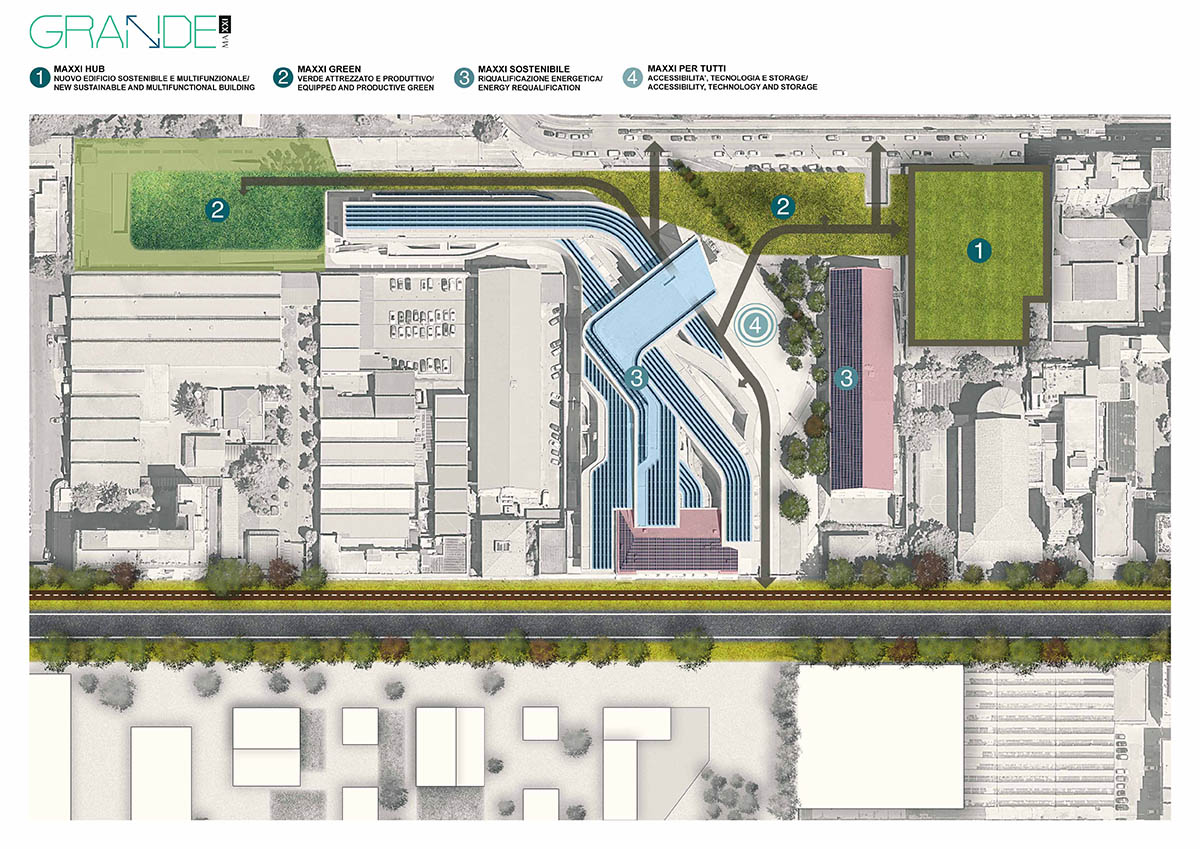 "The GRANDE MAXXI masterplan expands the Museum's prospects and range of action with a series of organic operations that will lead to a profound urban regeneration of the entire area," said Margherita Guccione in a press statement.

"Our virtuous path begins today with the international ideas competition, which will focus on the design of an equipped productive green axis – as well as the seat of the new research, development and digital innovation hub – and will continue with a radical energy transformation of the entire complex, all with the goal of achieving carbon neutrality within a few years," Guccione added.

GRANDE MAXXI will consist of a series of integrated actions involving both the building designed by Zaha Hadid Architects together with Piazza Alighiero Boetti, and an adjoining area pertaining to the Museum. 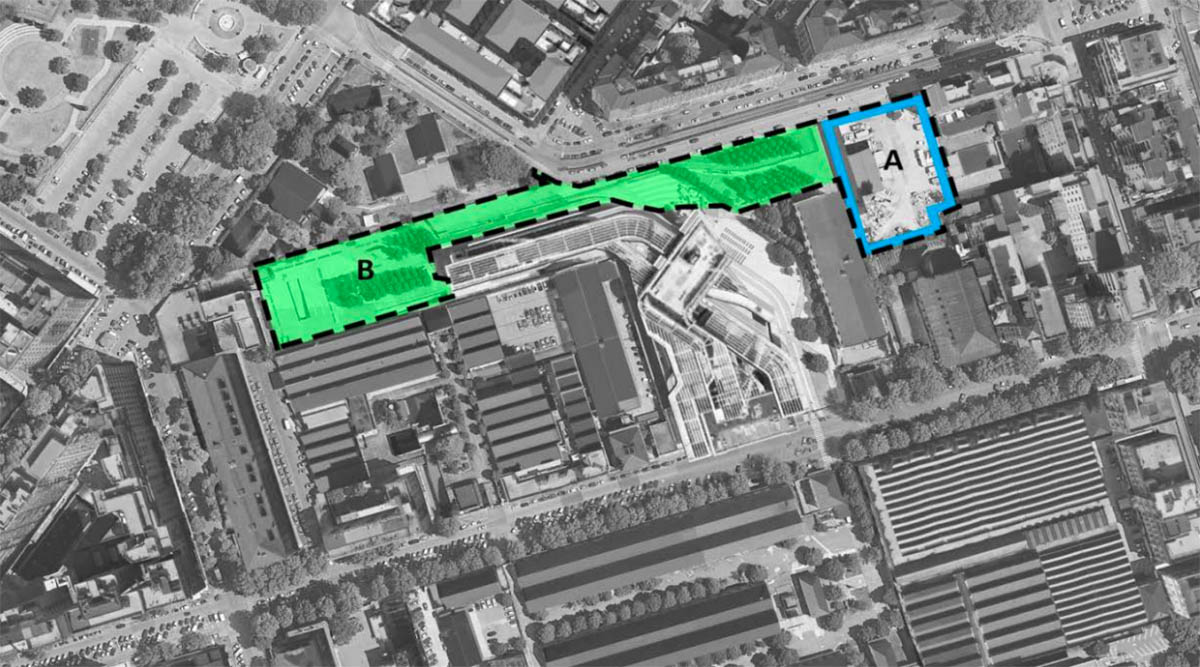 Aerial photograph of the urban block showing the MAXXI Museum located between Via Guido Reni (south) and Via Masaccio (north) and indicating the Competition site. Image courtesy of MAXXI Museum

The main interventions will comprise a MAXXI HUB, which will be a new construction of a new sustainable, multifunctional building that will be connected to Zaha Hadid Architects-designed museum. The new MAXXI HUB will include a green roof.

Areas and volumes of the new building, including laboratories, classrooms, storage spaces, parking, will cover a total of 19,000 square meters.

A new publicly accessible green area will make up MAXXI GREEN which will form a strip of equipped urban greenery along the Via Masaccio axis.

While this green belt is connecting all of the Museum's open spaces, which will be open to the public, it will also serve as a sort of open-air gallery featuring site-specific interventions by artists and landscape architects, landscape design workshops, and productive, sustainable urban gardens. The gardens will also serve the Museum's refreshment areas and BioGrounds, that is the educational garden project aimed at achieving a new environmental awareness. 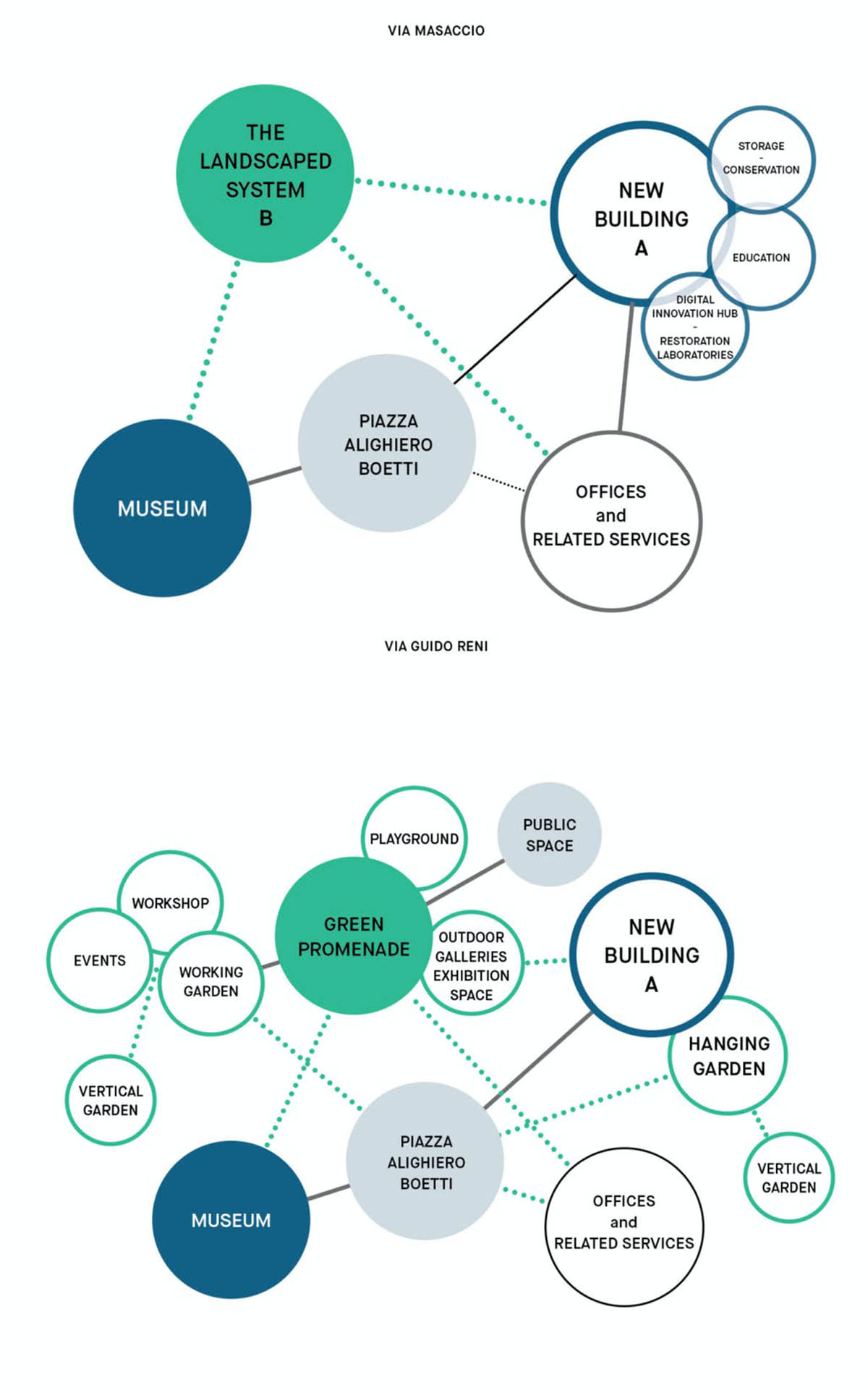 Ideograms of the Relations Between the New Project and Existing Spaces. Image courtesy of MAXXI Museum

The overhaul plans will also address the issue of the Museum's "environmental sustainability and will embrace the green challenge of reducing greenhouse gas emissions."

The new sustainable-led scheme aims to achieve ‘carbon neutrality’ through a multi-year plan. One of the key features is that the museum will have various types of latest-generation photovoltaic panels that will be installed on the musuem's roofs, while "they will not interfere with the building's profile and architectural features," according to a press statement.

The deadline for the project is 13th May 2022. The winner who will be entrusted with the final design project, will be announced on 10th June 2022.

The first 5 projects in the ranking will be awarded in a scalar way and will be exhibited at MAXXI.

The estimated cost for the construction of the entire project, including safety costs, is €14,200,000.00.