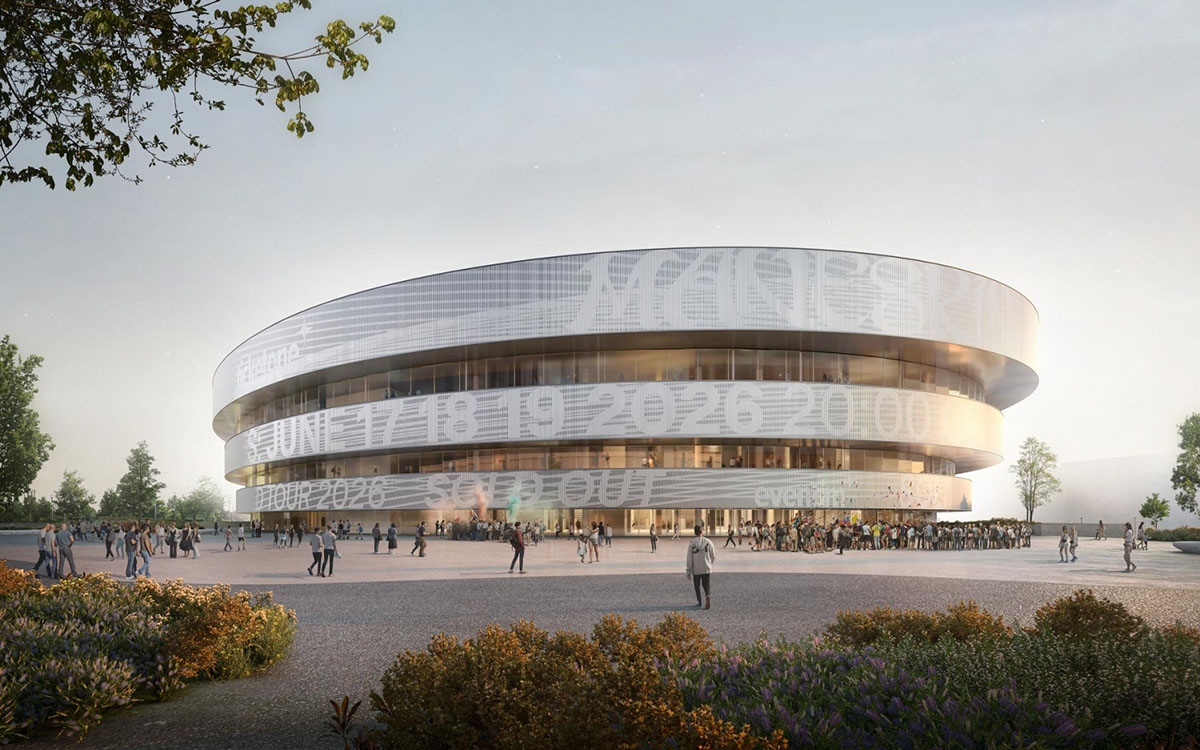 David Chipperfield Architects Berlin and Arup have revealed design for the new Santa Giulia arena in Milan which will initially serve as a venue for 2026 Winter Olympic Games.

Named Milan Santa Giulia, the 12,000-seat venue will be located in a new urban district which is under redevelopment in the south-east of Milan, which encompasses residential buildings, buildings for education, commerce and leisure as well as an extensive park, a district was masterplanned by Foster + Partners in 2006.

Set to be completed in 2025, the arena will be home for sports and cultural events accommodating up to 16,000 spectators.

Developed in a collaboration between Arup and David Chipperfield Architects Berlin, the arena will be placed in the extreme south of the rectangular site.

The area also features a large public space for outdoor events and will provide a new opportunity for social interactions for people from the neighbourhood as well as from the whole city. 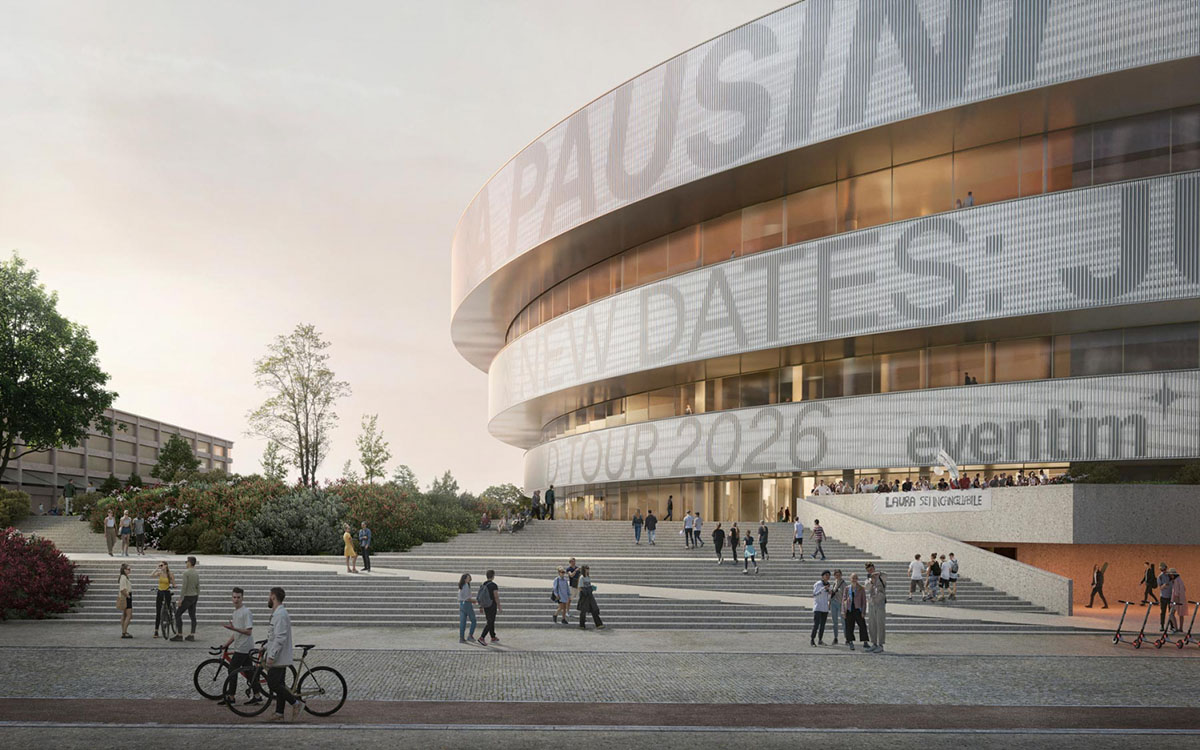 "The strategic position of the arena creates a spacious piazza of over 10,000 square metres in the northern section of the site, which can also be used as a venue for outdoor events," said David Chipperfield Architects Berlin in a project description.

The arena is designed in an elliptical form that takes cues from the traditional archetypes of amphitheatres, the design team is reinterpreting the venue with modern tectonics and materials.

The venue is slightly rotated from the north-south axis, guests arrive the arena from the west side. The stadium is raised by a podium that occupies almost the entire site and opens up to visitors via a wide flight of steps as well as an entrance cut into the podium at street level.

"On top of this podium made of mineral materials, the arena rises up in the form of three rings of differing heights, quasi floating on top of each other," added David Chipperfield Architects Berlin.

"Their metallic materiality is characterised by the shimmering aluminium tubes during the day and the LED strips of the large-scale media integration that light up at night."

"The rings are connected by light, transparent glass bands in the spaces in between as well as with the floor," the studio added. 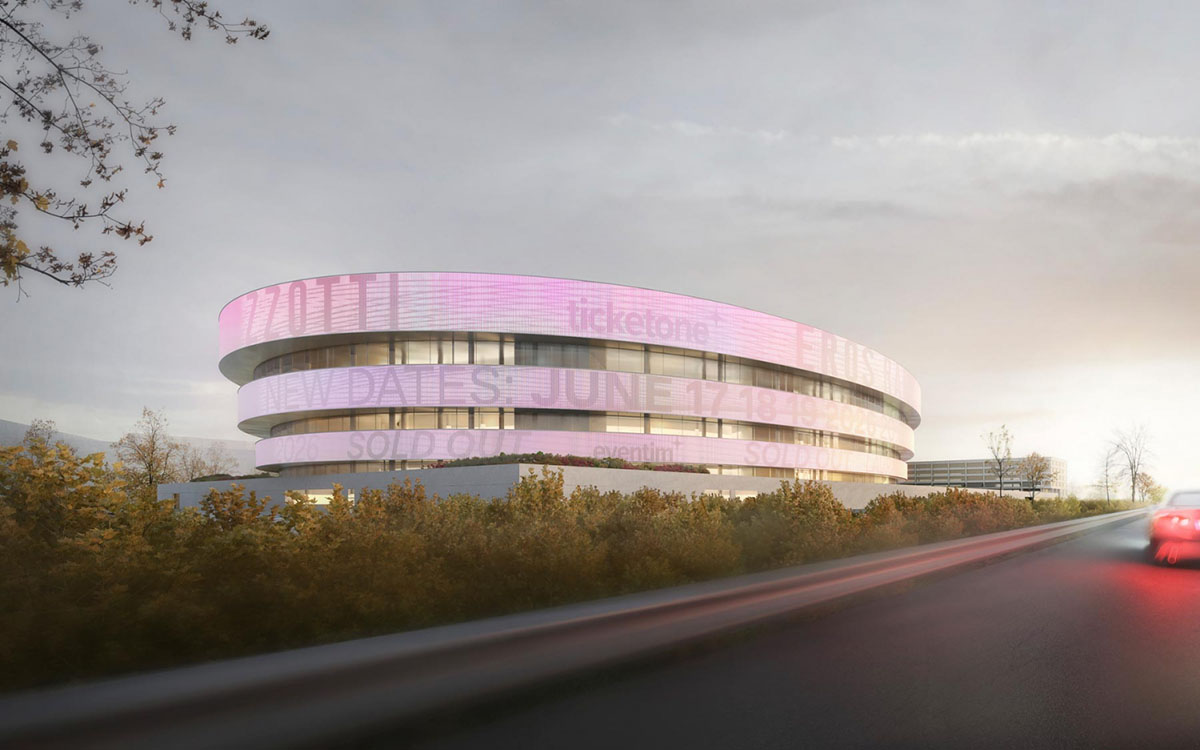 Towards the piazza, the rings are projected irregularly, reflecting the building its dynamic form. The hard materiality of the podium and the arena is counterbalanced by organically designed green spaces with trees that extend down the staircase, reminiscent of a green hilly landscape.

Inside the arena, the project comprises two tiers above the parterre level as well as a level with lounges and sky boxes. All seats will be  accessed via spacious lobbies at all levels, as there will be catering and service facilities. 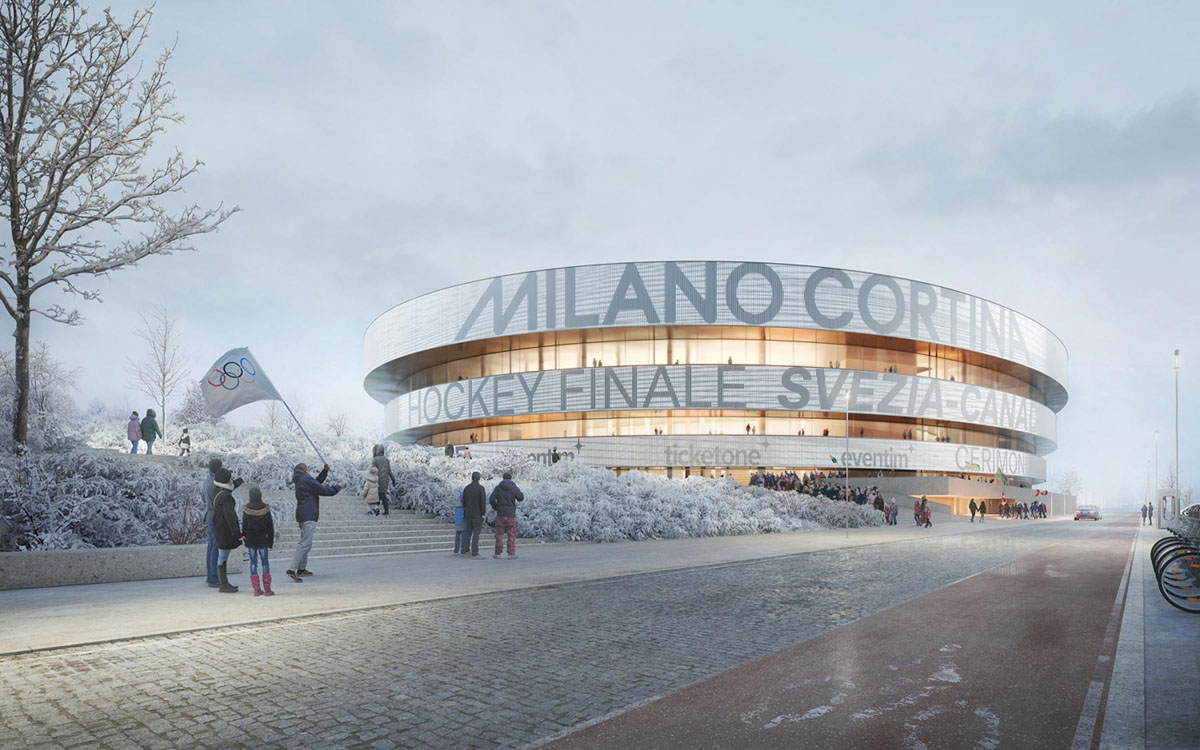 The necessary car parking spaces are located within the podium as well as in a multi-storey car park that evolves from the podium, closing off the site to the north.

In addition to measures to minimise the consumption of resources and carbon dioxide emissions, the team implemented a sustainability concept such as they used photovoltaic systems on the roof, whose energy generated on site largely covers the needs of the energy efficient building.

The Santa Giulia arena is anticipated to be completed in 2025.

David Chipperfield Architects recently completed a theatre and a hotel in Jingdezhen, China.