Called Valley, the new mixed-use landmark, developed by Czech boutique developer Velska, is set to be built in the neighborhood of Olbrachtova in Prague. 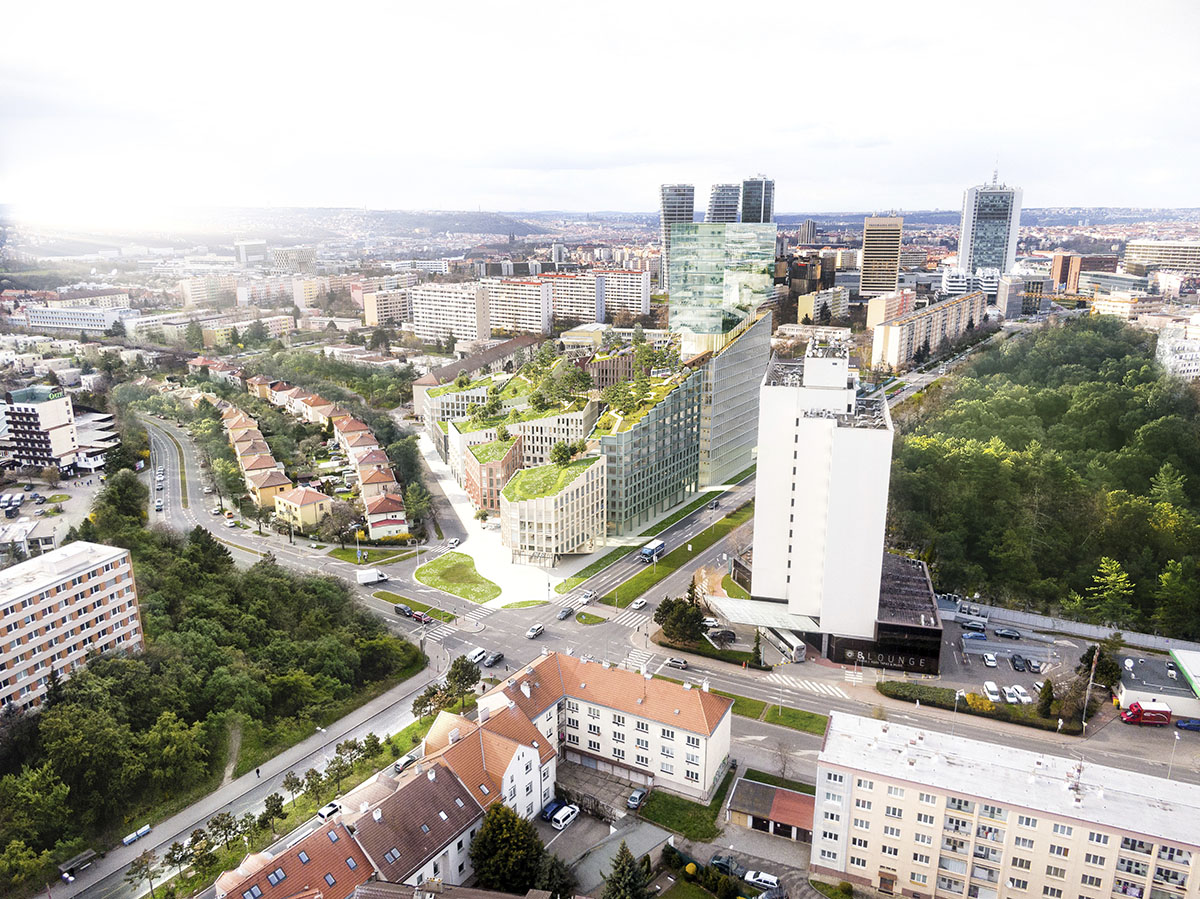 The building has a remarkable silhouette adding a strong identity to the city and features a lush, meandering landscape designed by Felixx landscape architects.

"We are very proud to partner with an internationally renowned firm such as Benthem Crouwel Architects who have delivered the best solution to both create something recognizable and provide the location with the desired social spaces," said the director of the Velska holding company Tomáš Fencl, CRE, BA (Hons).

This is the third major architectural competition that Benthem Crouwel Architects won in the Czech Republic, the firm also won a competition to design for Brno’s new main station earlier this year and design new Residence Nádraží Žižkov in Prague. 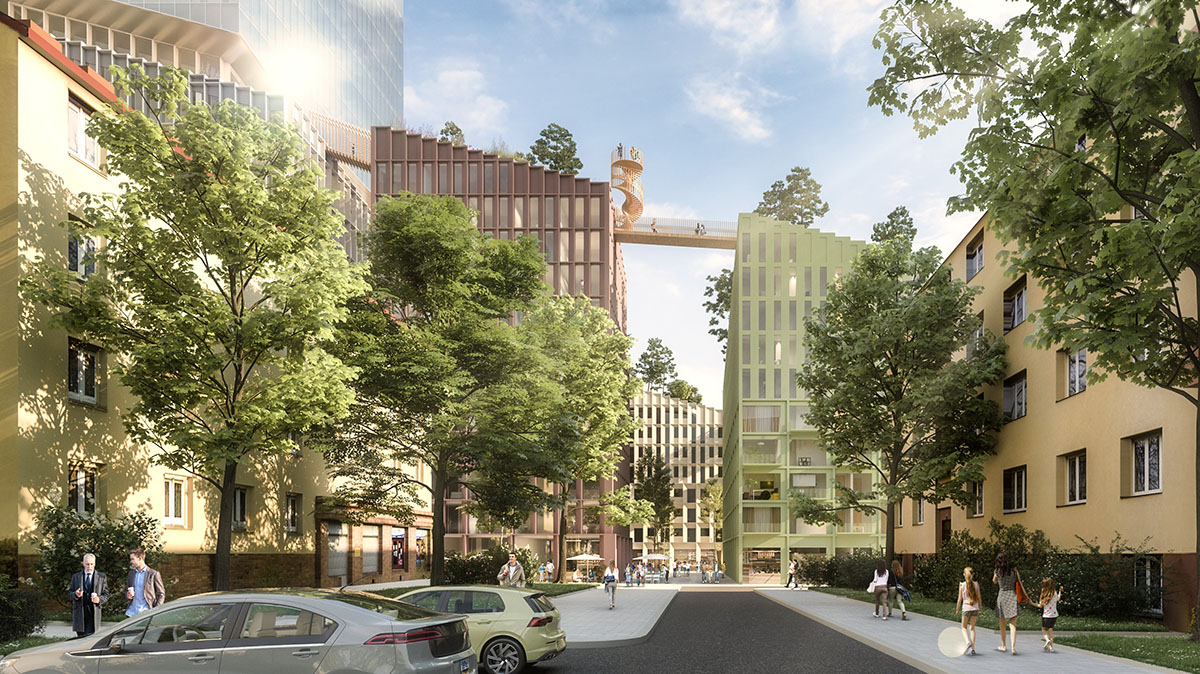 The winning design is conceived as a high-quality public space with a dense network of attractive squares and streets, connected to retail, metro, restaurants and the surrounding neighborhood.

"The design facilitates a diverse mix of affordable, high-quality housing and workplaces, characterized by the impressive silhouette of the lush roofscape which creates a strong identity for Prague, the community and for individual residents and users," said Pascal Cornips, partner at and architect at Benthem Crouwel Architects.

Two accents anchor the ensemble in the surroundings and underline the importance of this location: first, the high office tower with its characteristic, diagonal incision makes a landmark on the scale of the city. 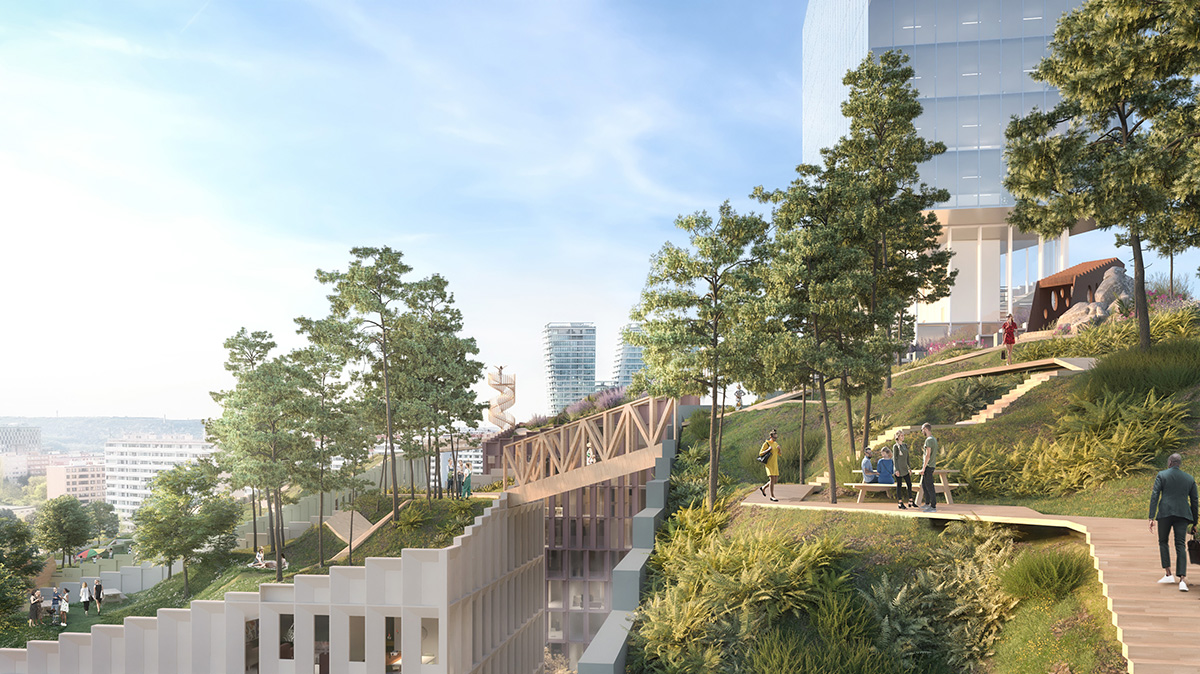 The second accent is formed by the low, but equally remarkable building in the south of the plot, where a diagonal cantilever indicates the entrance to the metro, emphasizing the importance of the Valley to the neighborhood.

The urban layout is organized in such a way that all buildings are optimal connected to their surroundings and accessible from the exterior roads. 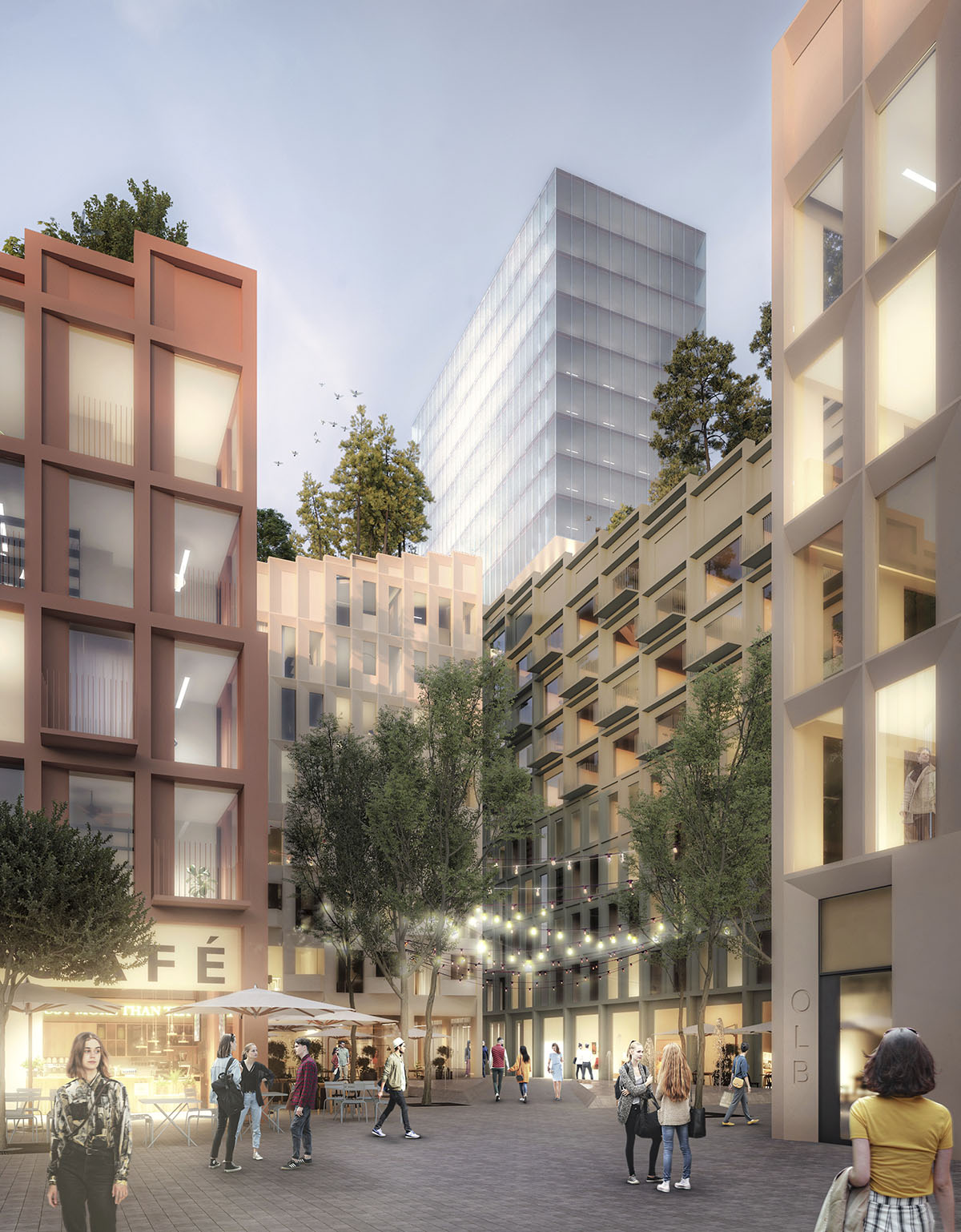 The aim was to establish a strong connection between the area and its users. The use of high density, building masses and strong programming add defined and pleasant public space to the area; a dense network of small streets and friendly squares, focused on walkability. The area is pedestrian oriented which combines very well with the new metro.

During the day, the metro station, retail and office spaces create a flow of users through the public spaces on the plot. In the afternoon and evening, bars and restaurants as well as residents create a bustling and lively atmosphere. 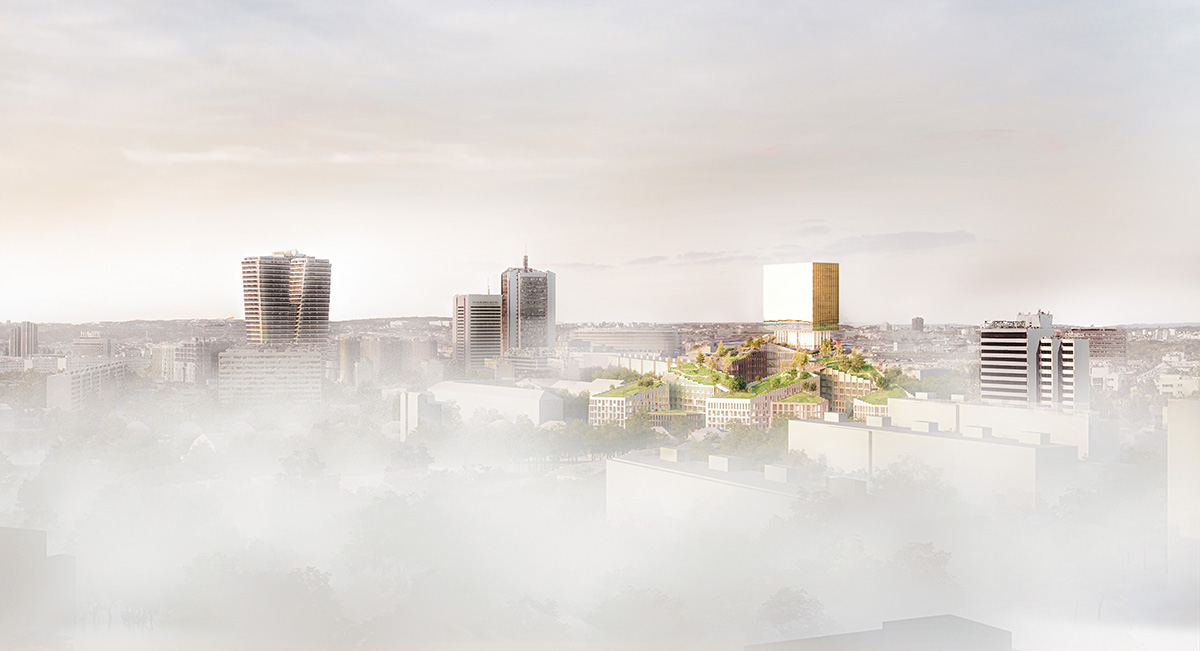 The building complex is topped by an undulating green landscape. The studio is inspired by the natural topographies of the mountains in Bohemia, the altitude lines divide the roof in different areas while a continuous route (‘route architecturale’) winds through it, crossing from building to building by several bridges.

The lowest part of the roof offers lush grasses and flowerbeds and space for activities, resembling the meadows at the foot of the mountains.

The middle part holds numerous trees and smaller get-together places before transitioning into a more stony area at the highest part of the roof, similar to a natural treeline at the top of a mountain. A typical apartment in Valley not only has a private balcony or loggia, but the new residents can also count on extensive green roof.

Valley is future-proof and sustainable

The architects carefully chosen orientation of the roof to provide an ideal balance between daylight, shading and solar warmth and energy.

By integrating photovoltaic panels on the roof and in the facades of the office building, the buildings is aimed to generate clean energy on the spot, while reducing the surface of the façade material.

The green roof will provide a high level of insulation and therefor reduce the amount of energy necessary for heating and cooling.

"In contrast to its dynamic appearance, the building ensemble is entirely based on a regular grid," said the studio.

"The modularity makes the design feasible in a high-quality and future-proof, allowing for adaptations and even circular building methods."

According to the architects, Valley will be the new green landmark for Olbrachtova and an advocate for well-being and healthy, imaginative urban development. 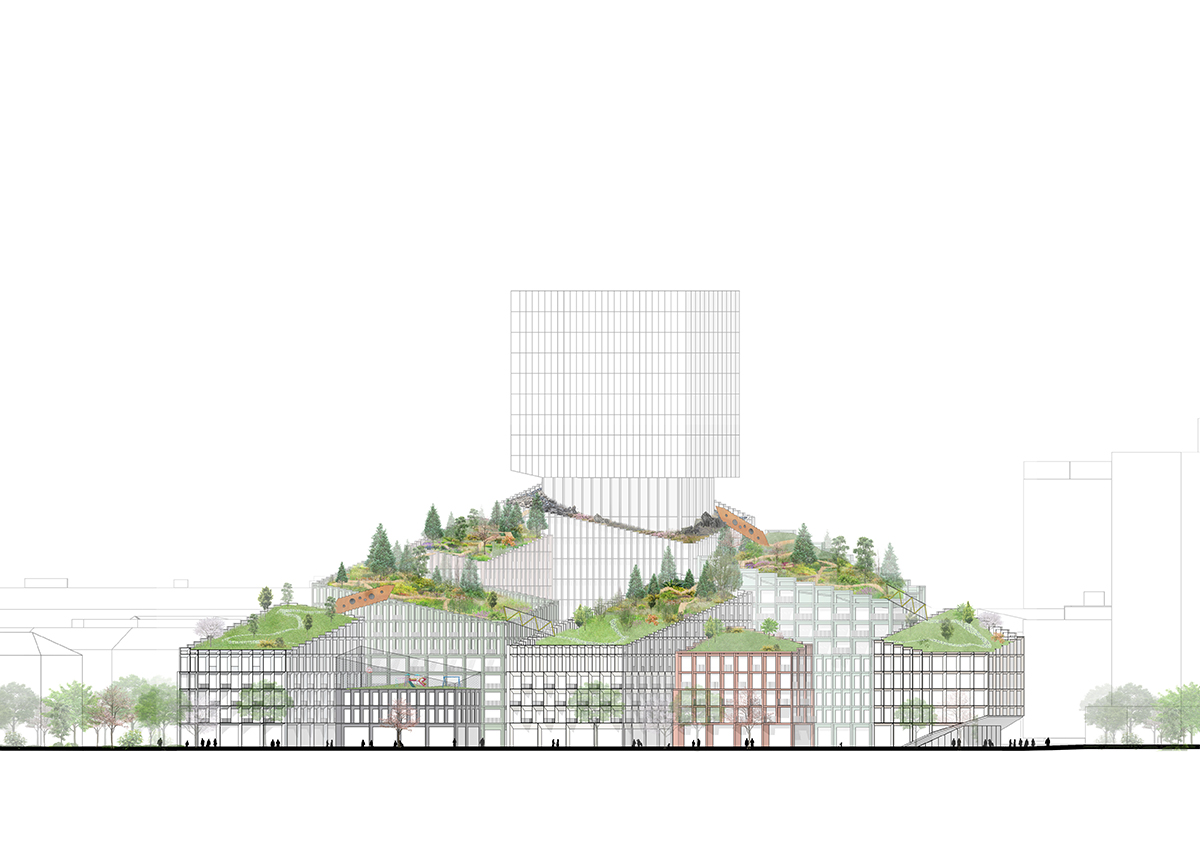 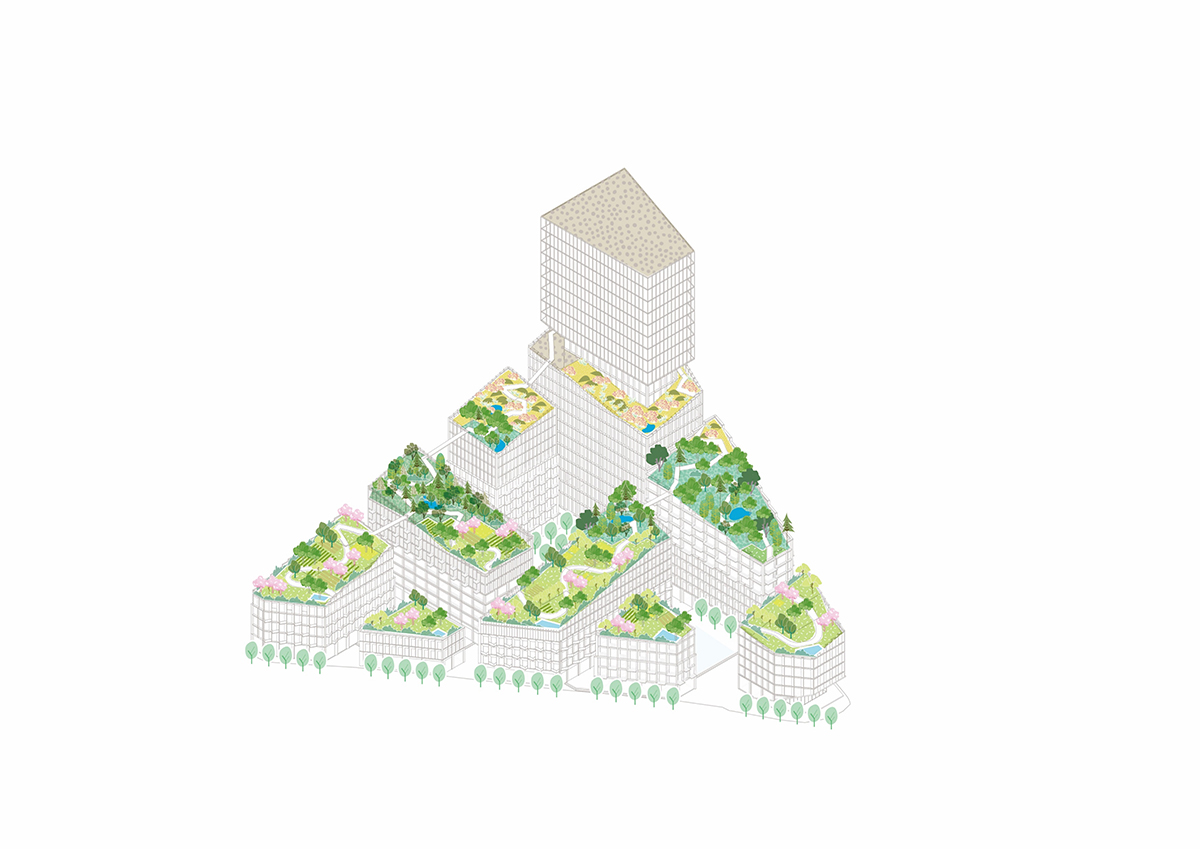