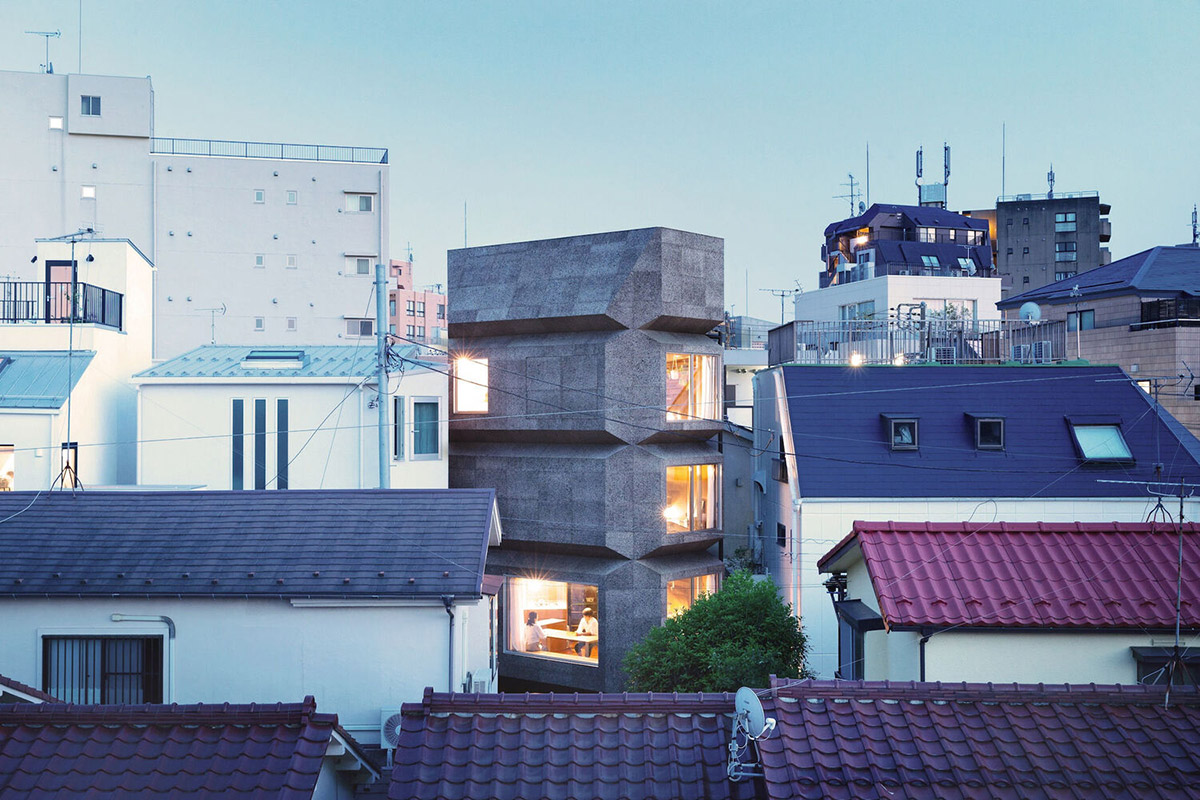 Tokyo-based architecture practice Takaaki Fuji + Yuko Fuji Architecture has built a tower residence made of bay windows on all sides in Shibuya, Japan.

Named Bay Window Tower House, the 84-square-metre tower was designed for a couple who have their two children and their two cats.

The project combines residence and office situated on a tiny urban lot, while it is marked with its bay windows on all sides. 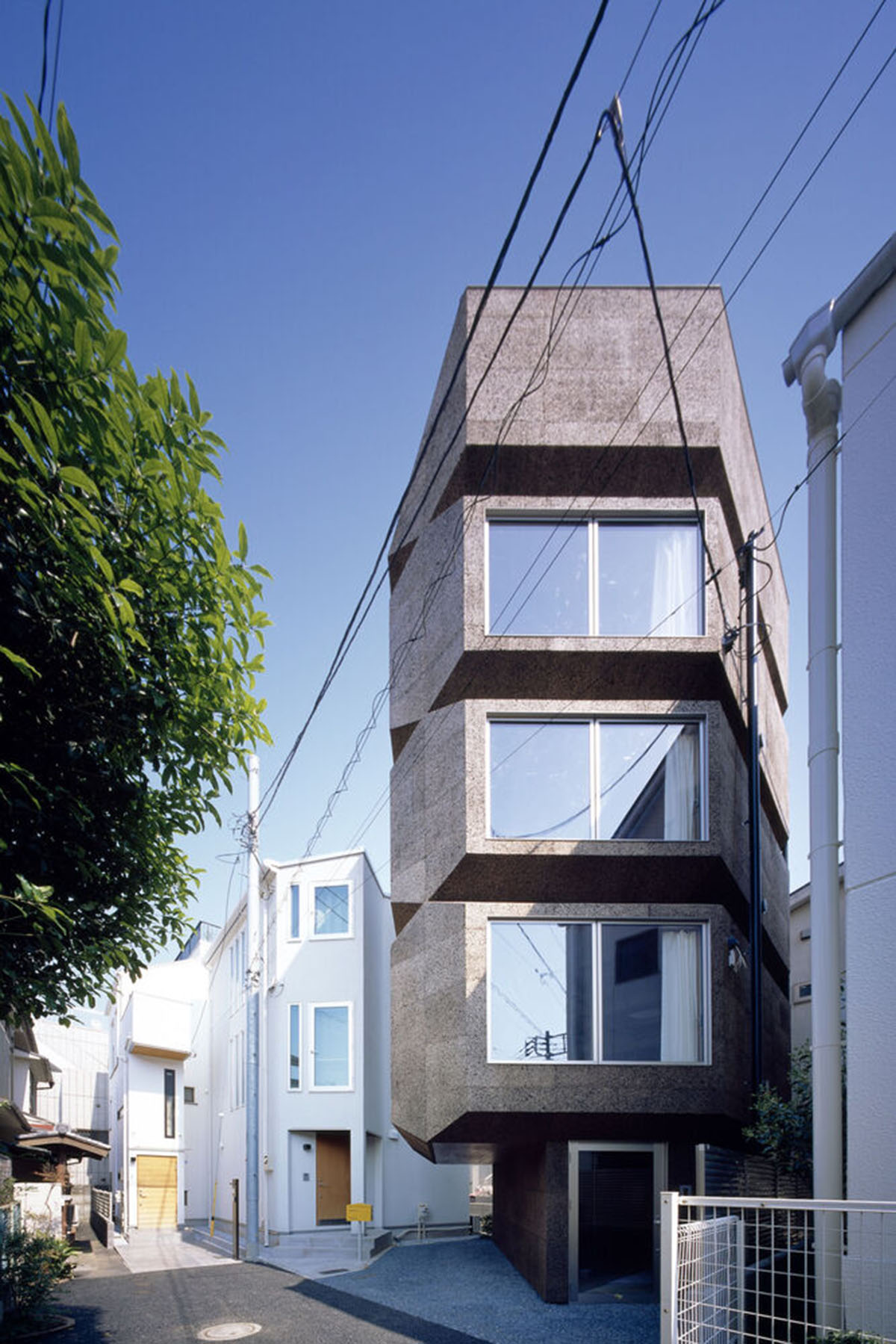 The architects completed a comprehensive research on bay windows from around the world and the study revealed that they take many forms and play many appealing roles, from a device for bringing in light to a type of furniture for sitting on to a decorative interface with the city. The five-storey tower features bay windows on every floor and every side of the building, according o the studio, this provides the residents many options for where to spend their time. In this tower, windows turn into spaces for sitting, writing, sleeping, decorating, and many other activities. 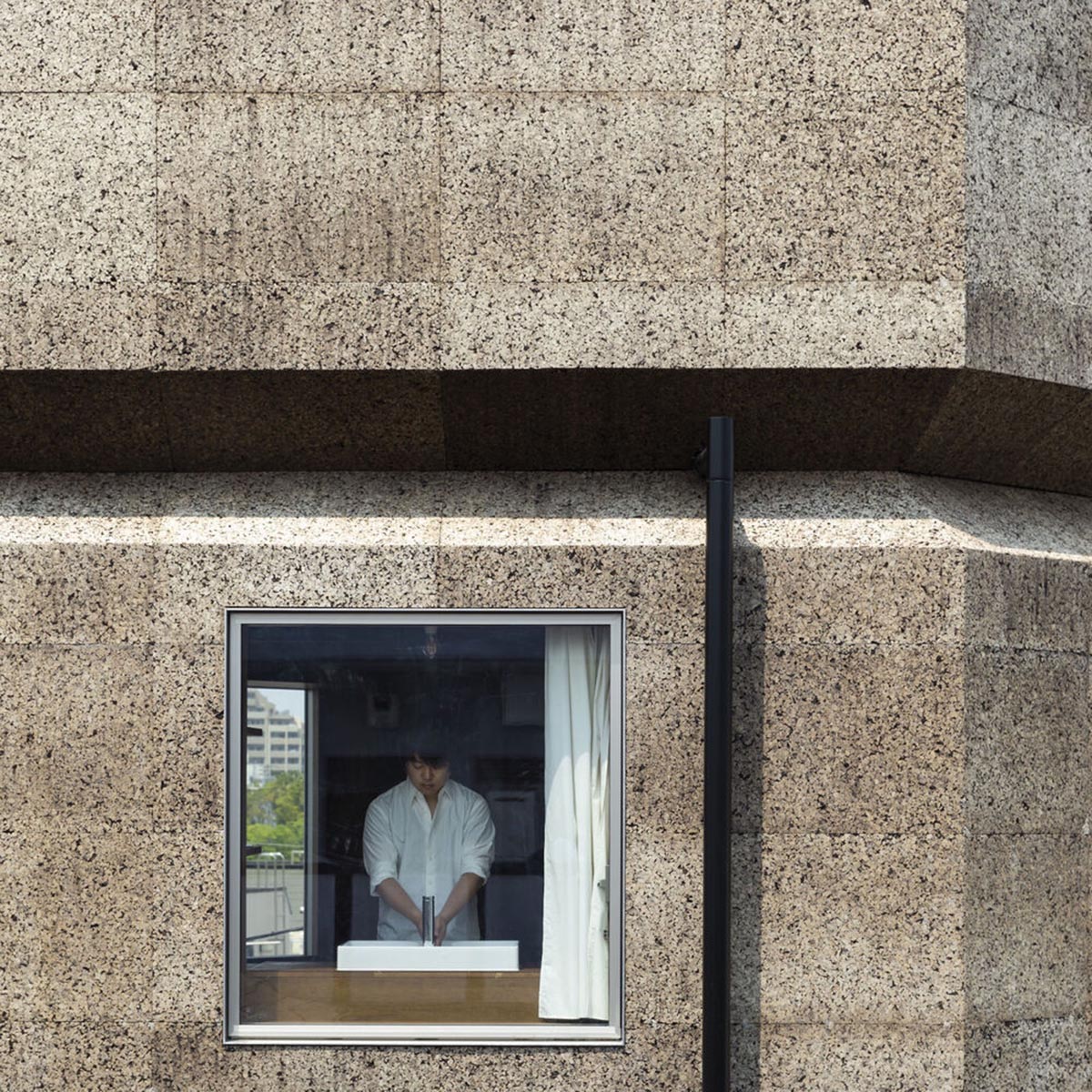 "Another important consideration was how to construct a positive relationship between the tower and the buildings surrounding it, most of which are single-family houses," said Takaaki Fuji + Yuko Fuji Architecture.

"The fate of new buildings on tiny urban lots is often to block the windows of surrounding buildings, leading to a sense of suffocating confinement for neighbors. We solved the problem by slicing off the corners of the building, creating pockets of space in the four corners of the lot." 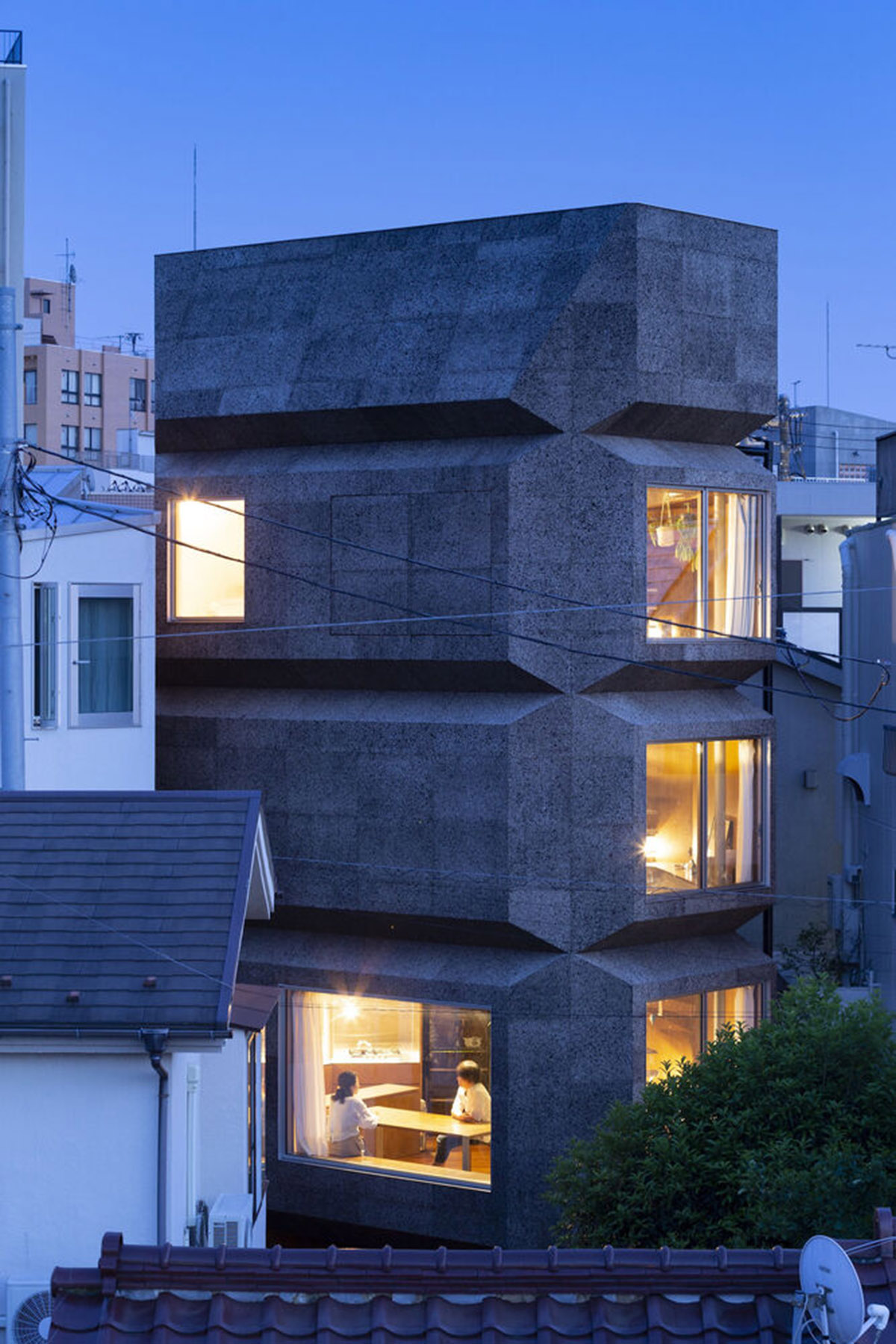 For the tower’s residents, these pockets are conceived as little gardens, while for neighbors, the expanded space in front of their windows in a sense turns them into bay windows, too.

For the outer exterior, the architects sliced off the corners which resulted in an octagonal footprint. As the studio highlighted, in many Asian countries, octagons are viewed as lucky according to Feng Shui. This shape is also extremely effective in reducing turbulence in the airflow around the building. 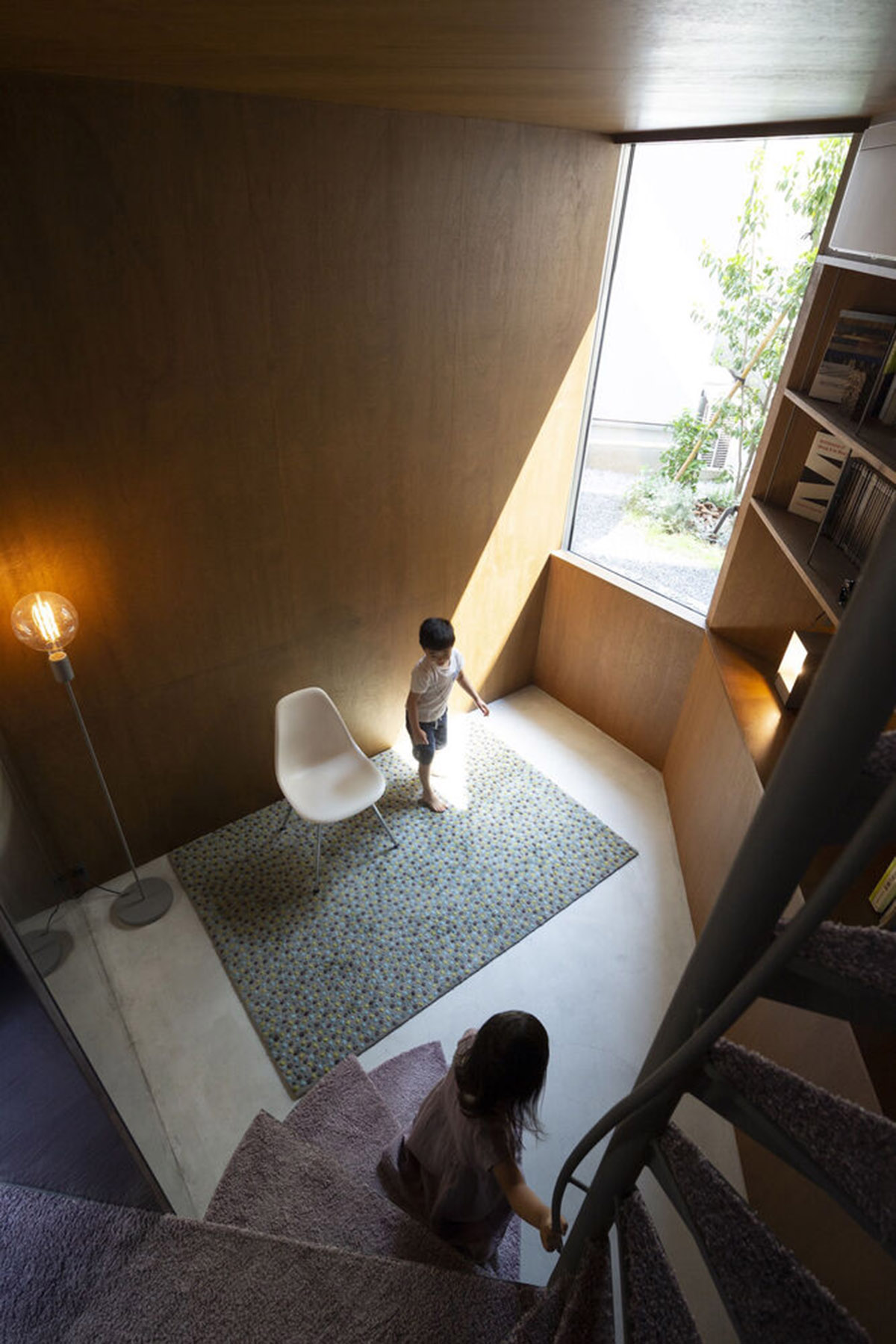 "In addition, we analyzed the surrounding microclimate in order to reduce reliance on mechanical devices such as air conditioning as much as possible," added the firm. 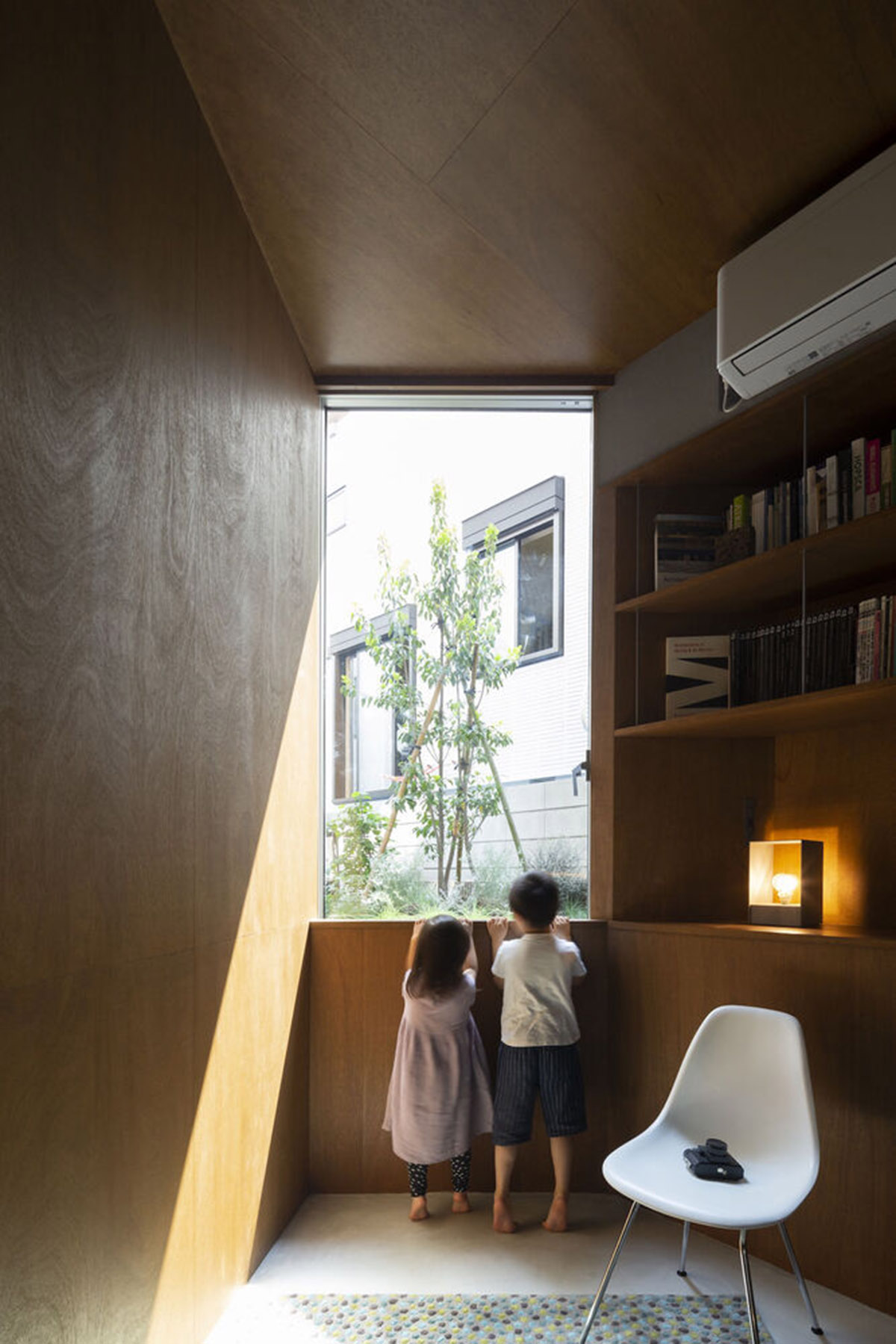 The studio distributed these three types of windows throughout the building in a way that maximized their efficacy in terms of light, ventilation, and heat. 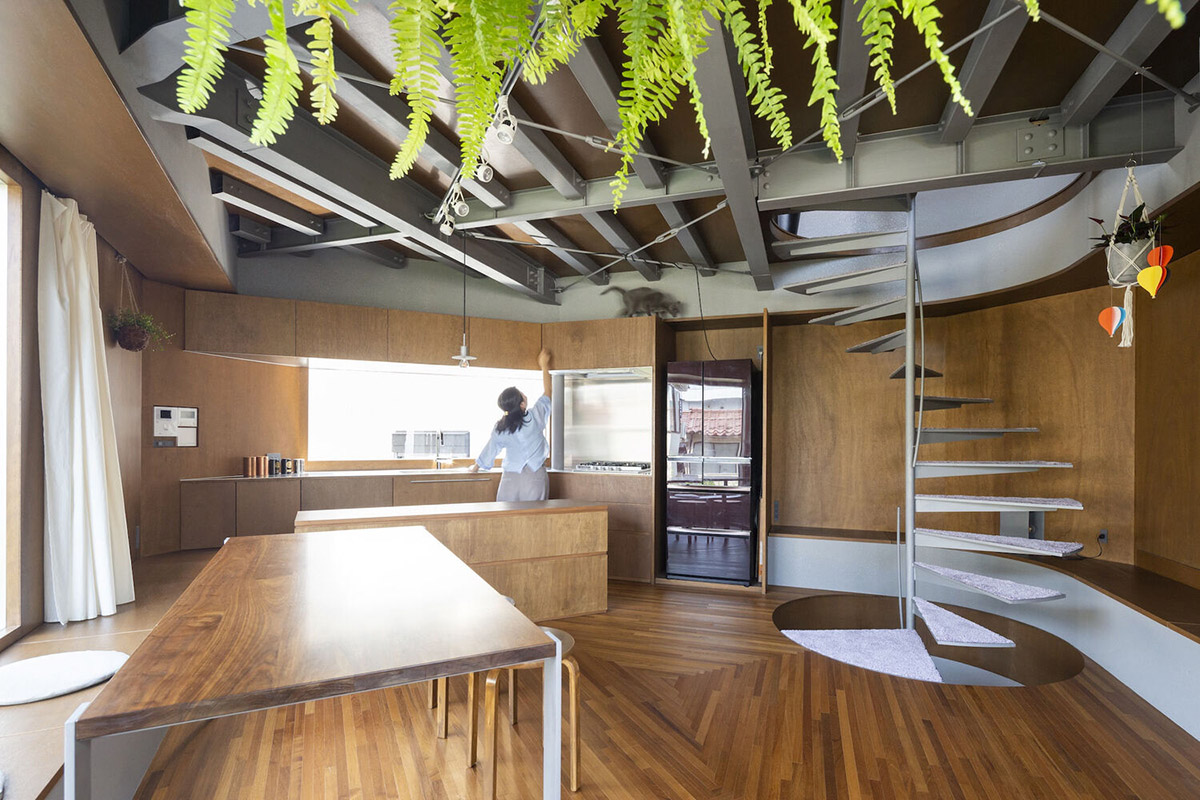 Considering a certain times of the year in some parts of the house that might have a high heat load, the architects covered the exterior with carbonized cork, which is a light, highly insulating and rot-resistant material, and easy to work with.

The carbonized cork serves as high heat-capacity insulation to lower the heat load, as the team explained. 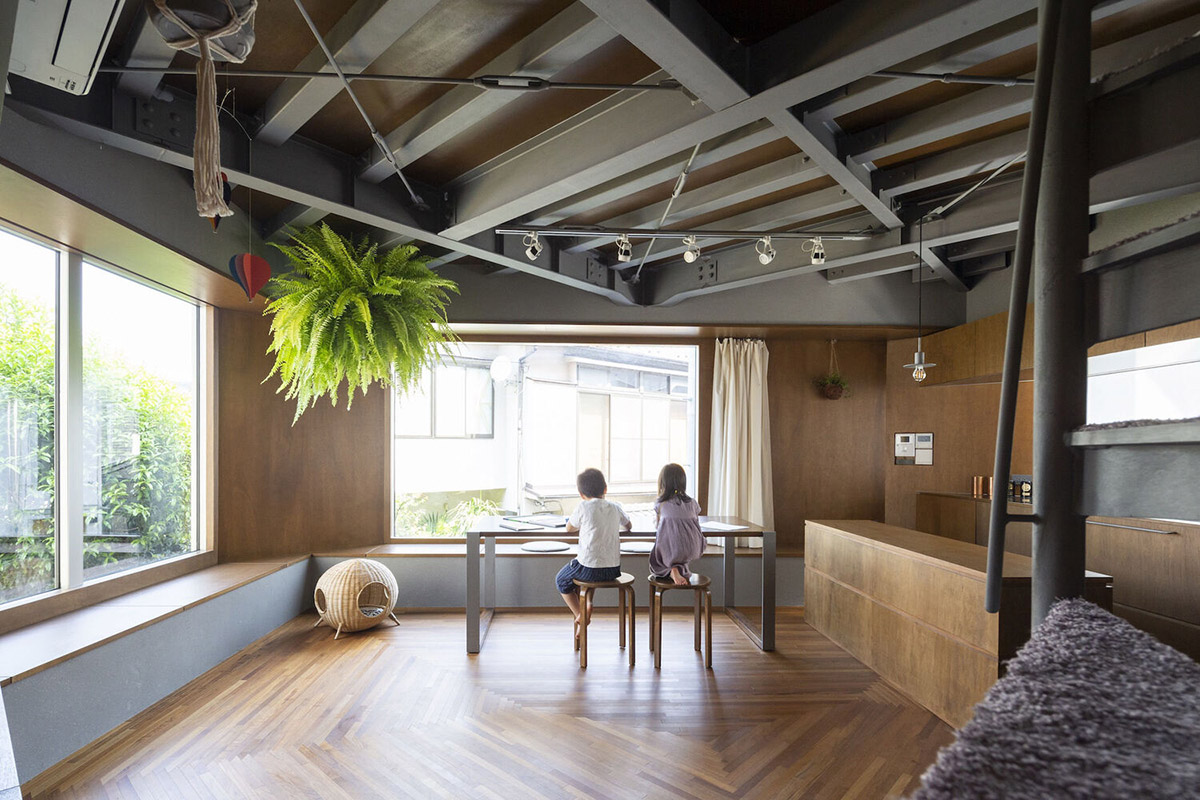 The tower offers a variety of places whose environments vary according to season, time, floor, and orientation. The family’s two cats show them the place which has the perfect mix of sunlight, temperature, and breezes at any given moment. 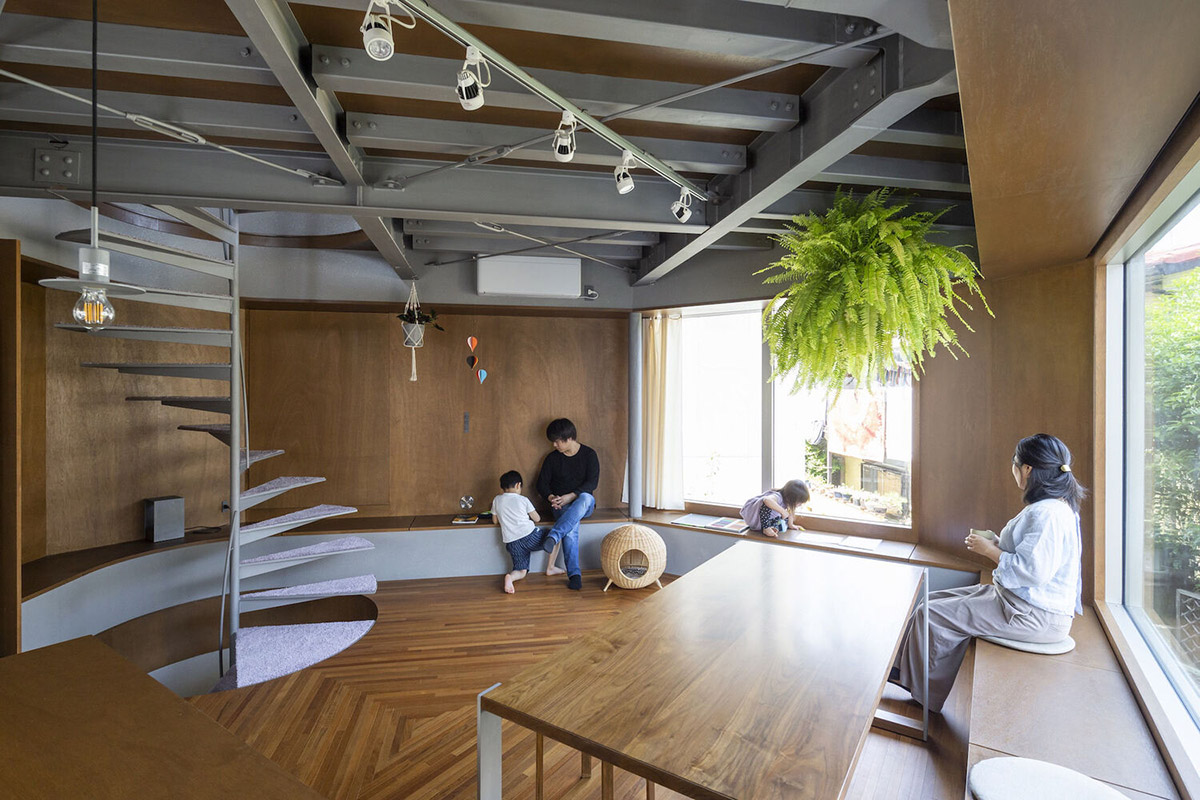 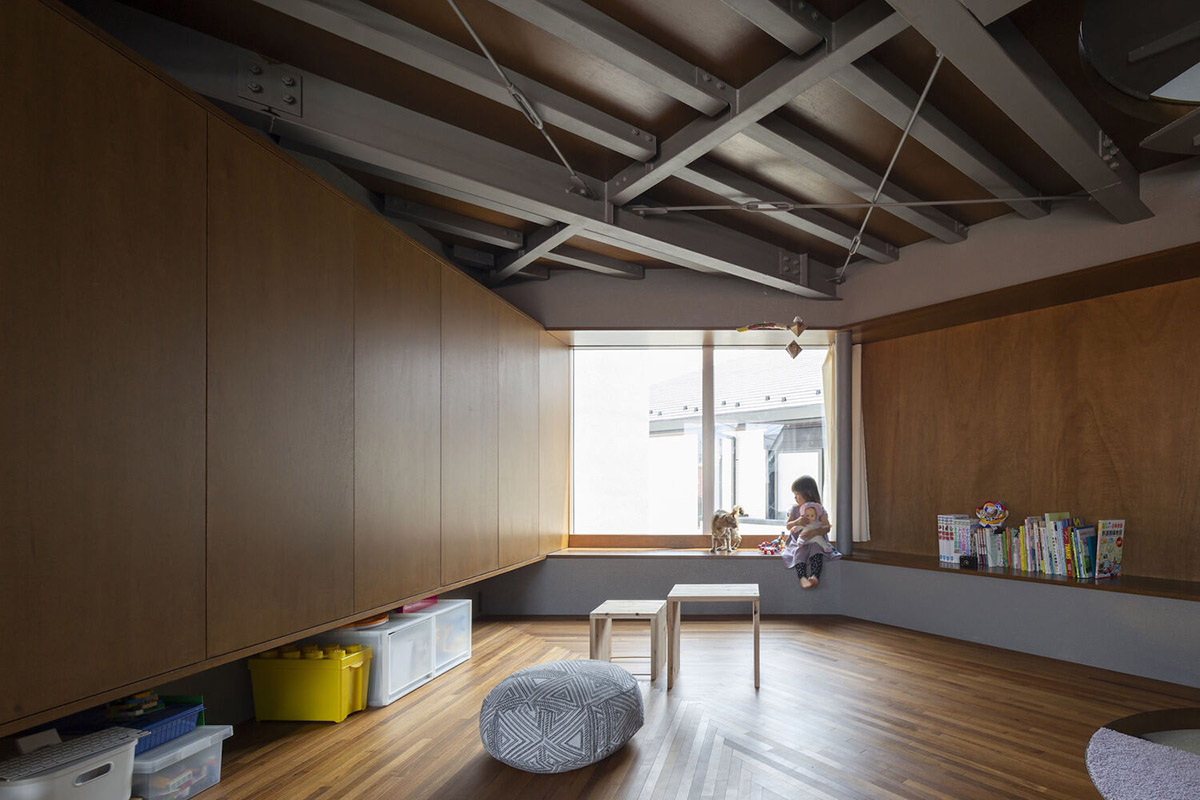 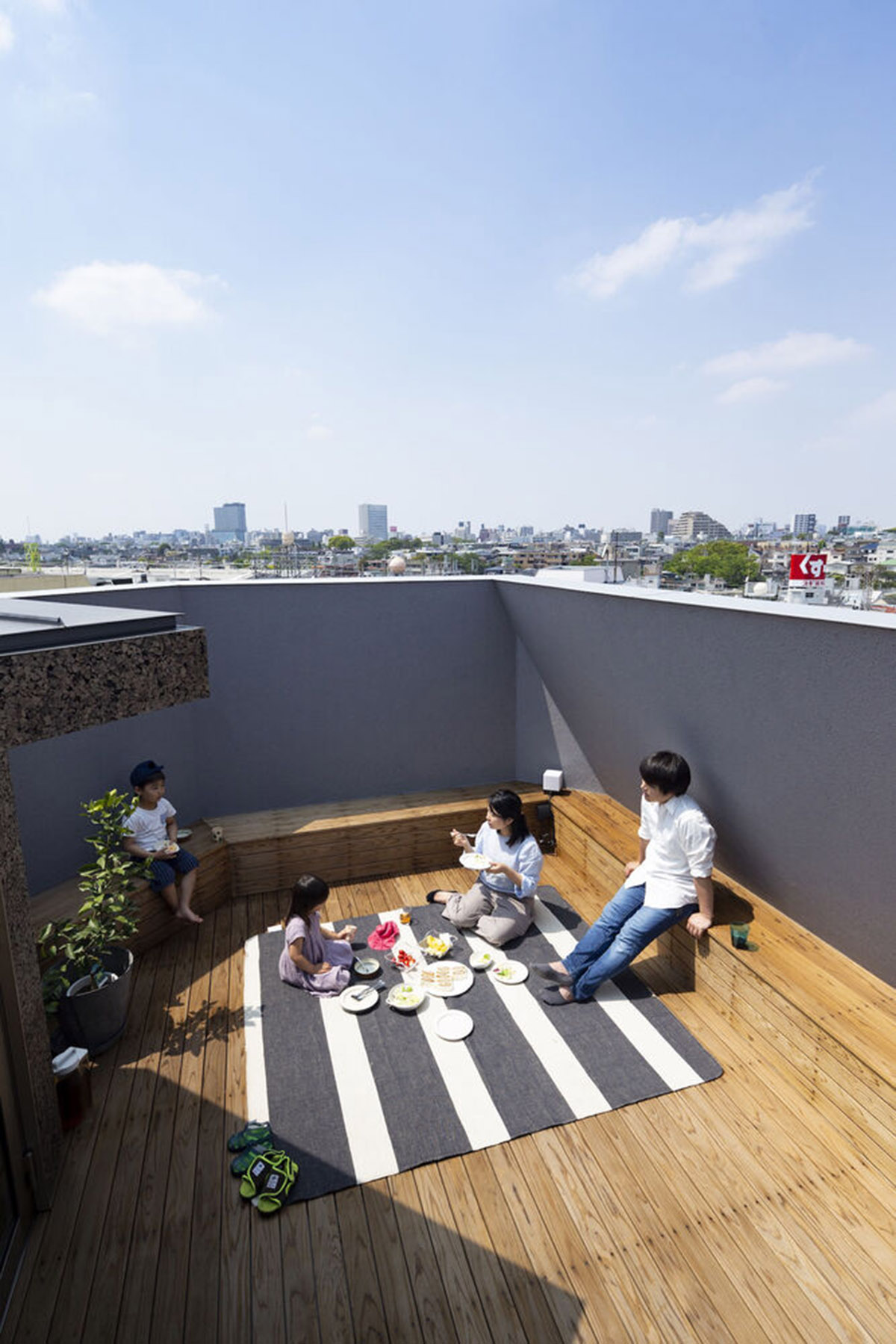 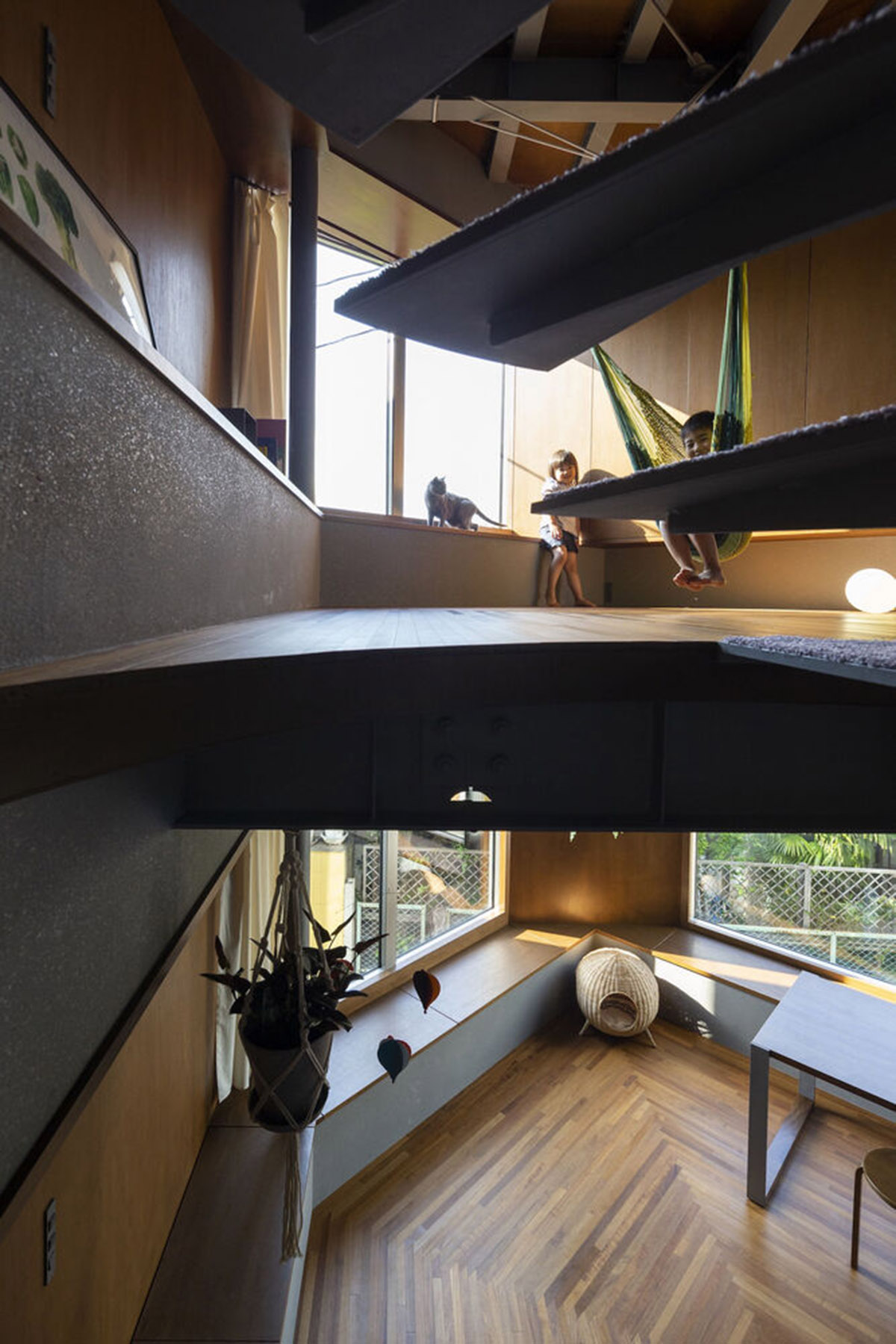 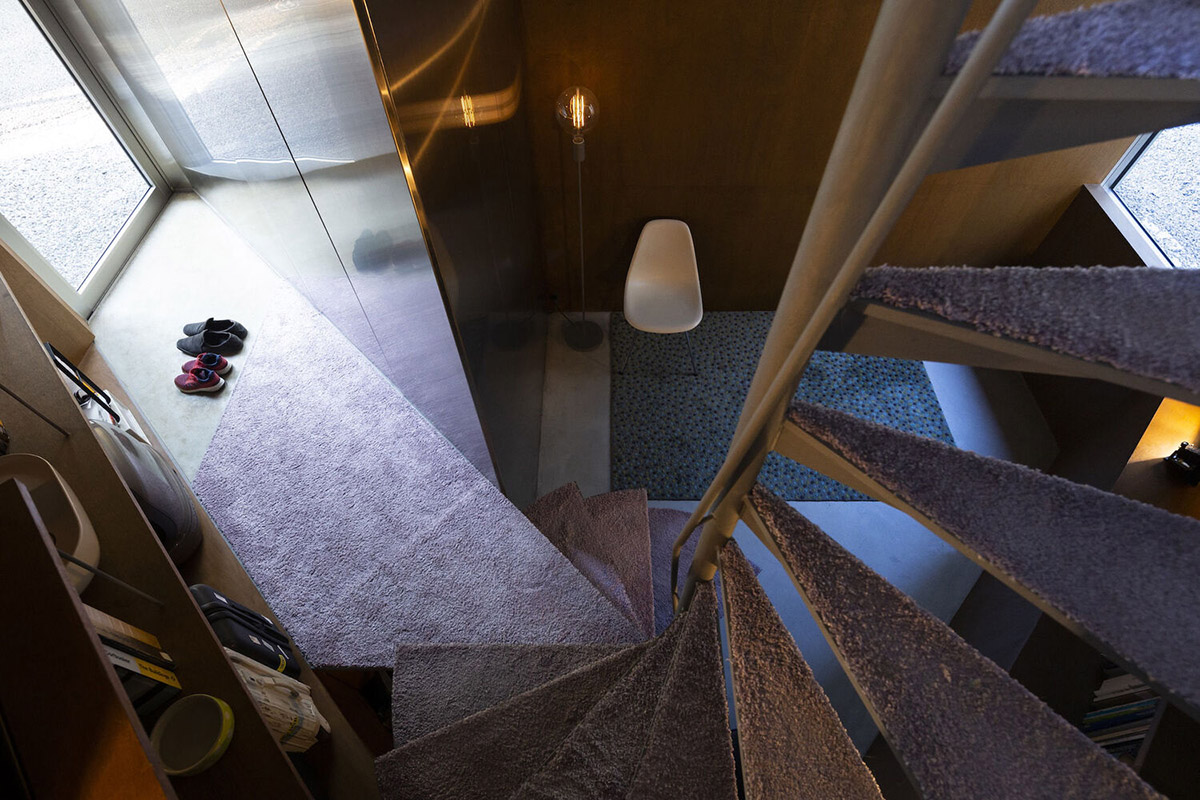 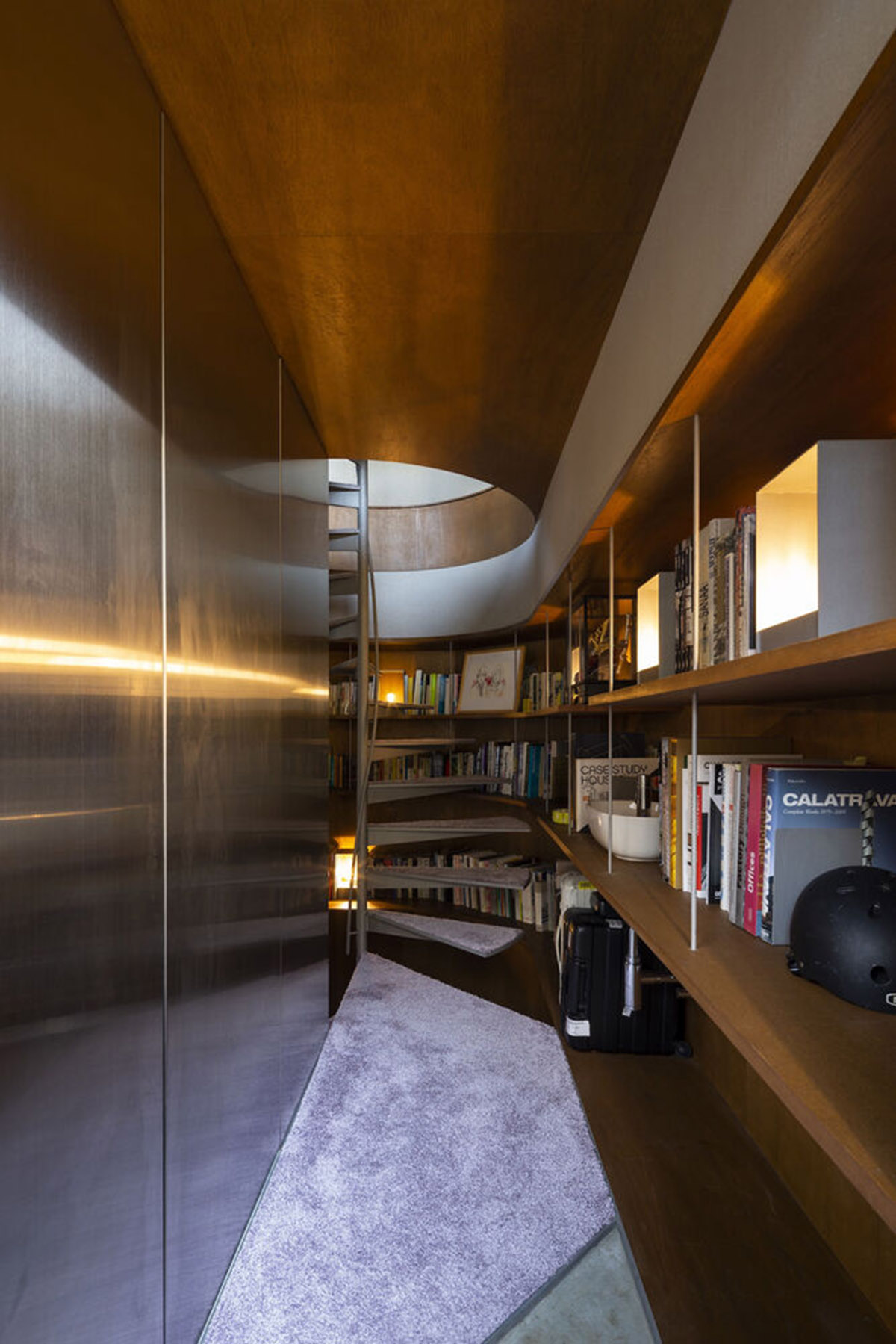 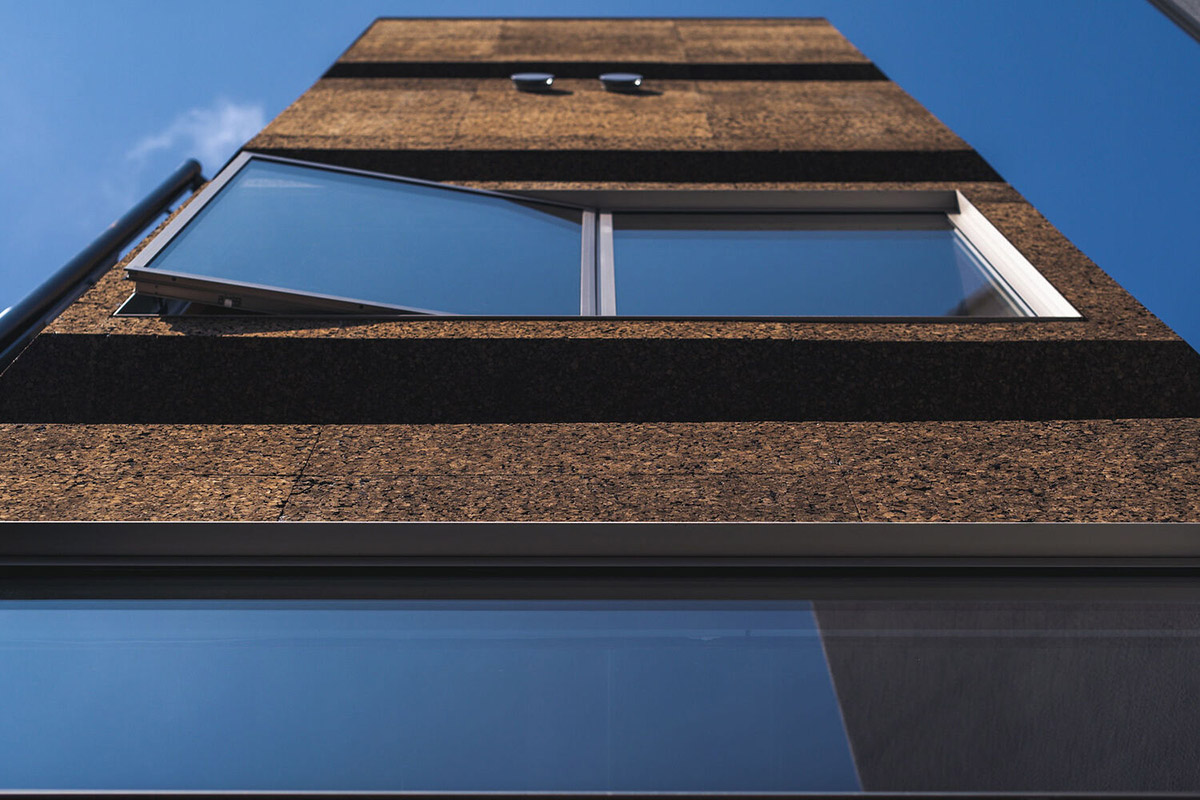 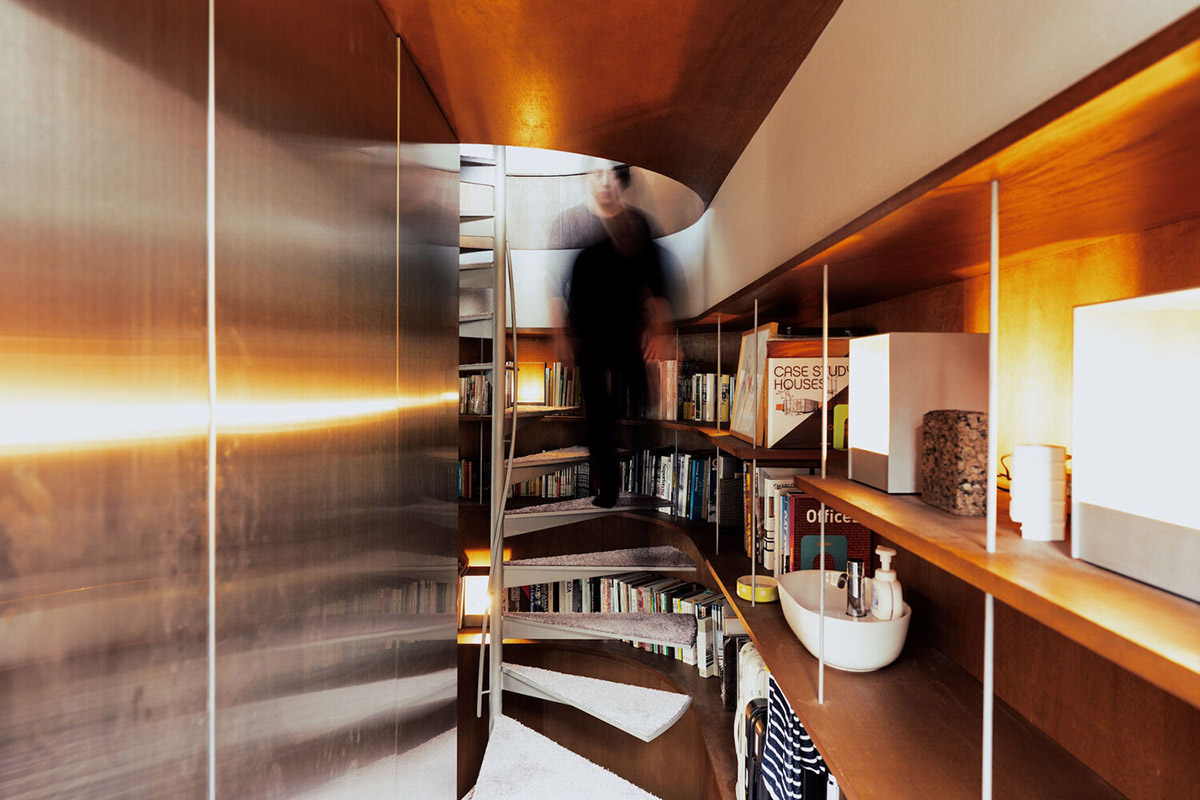 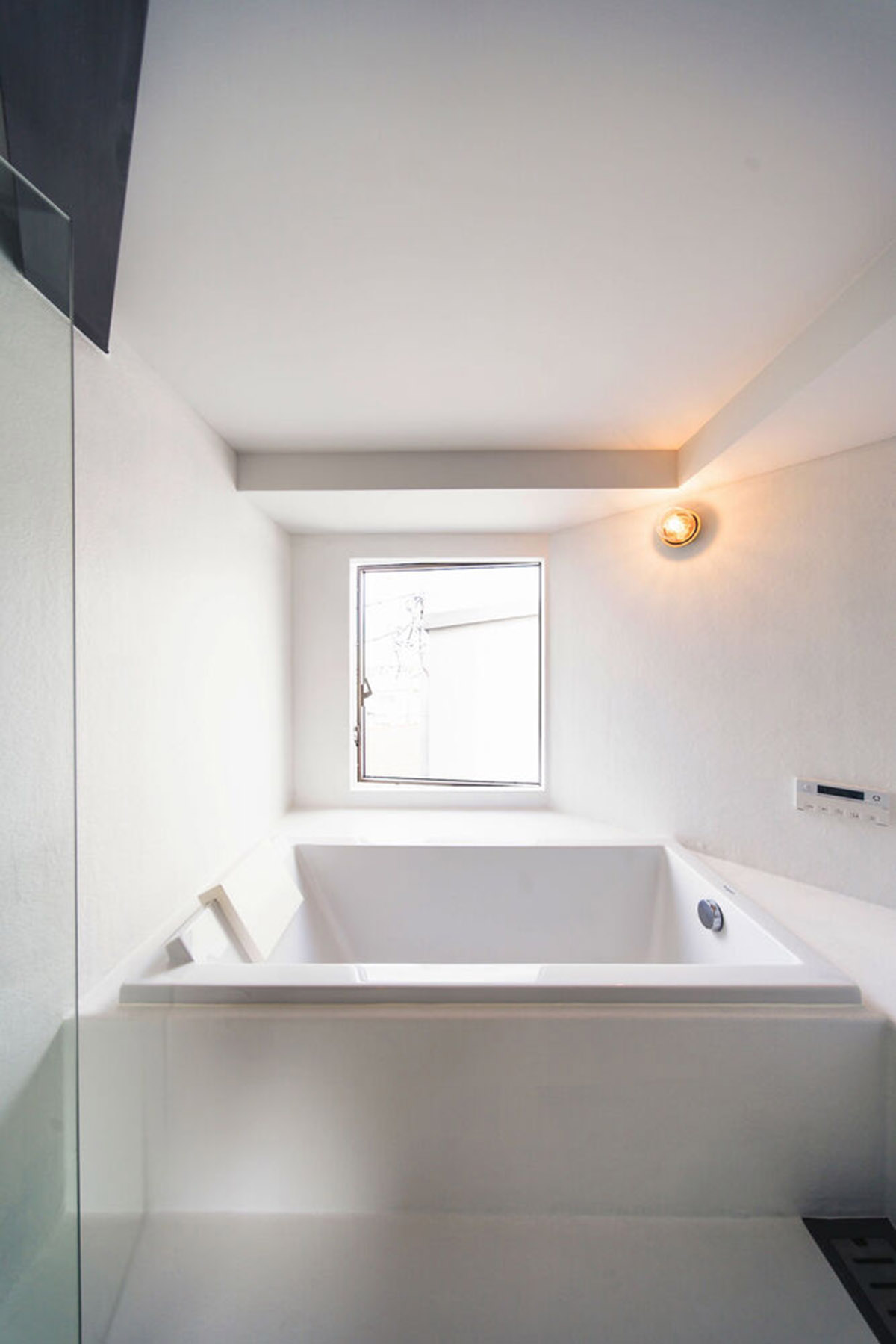 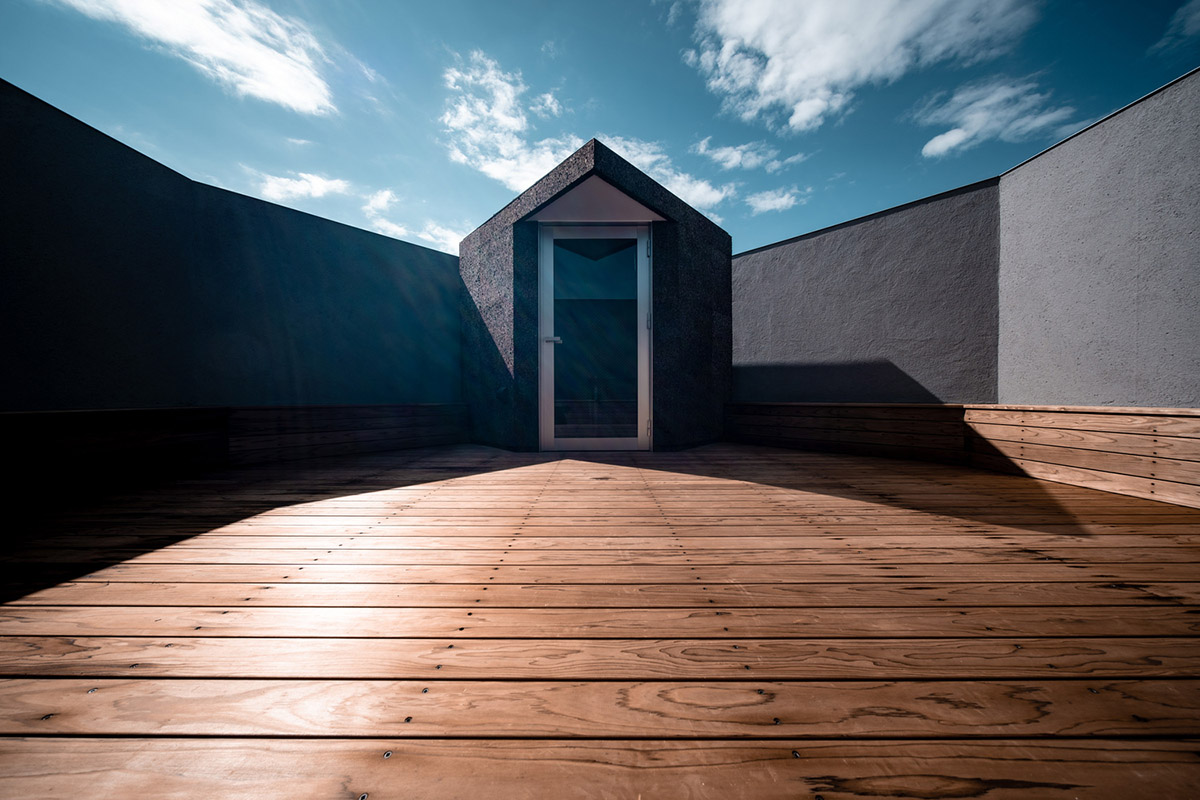 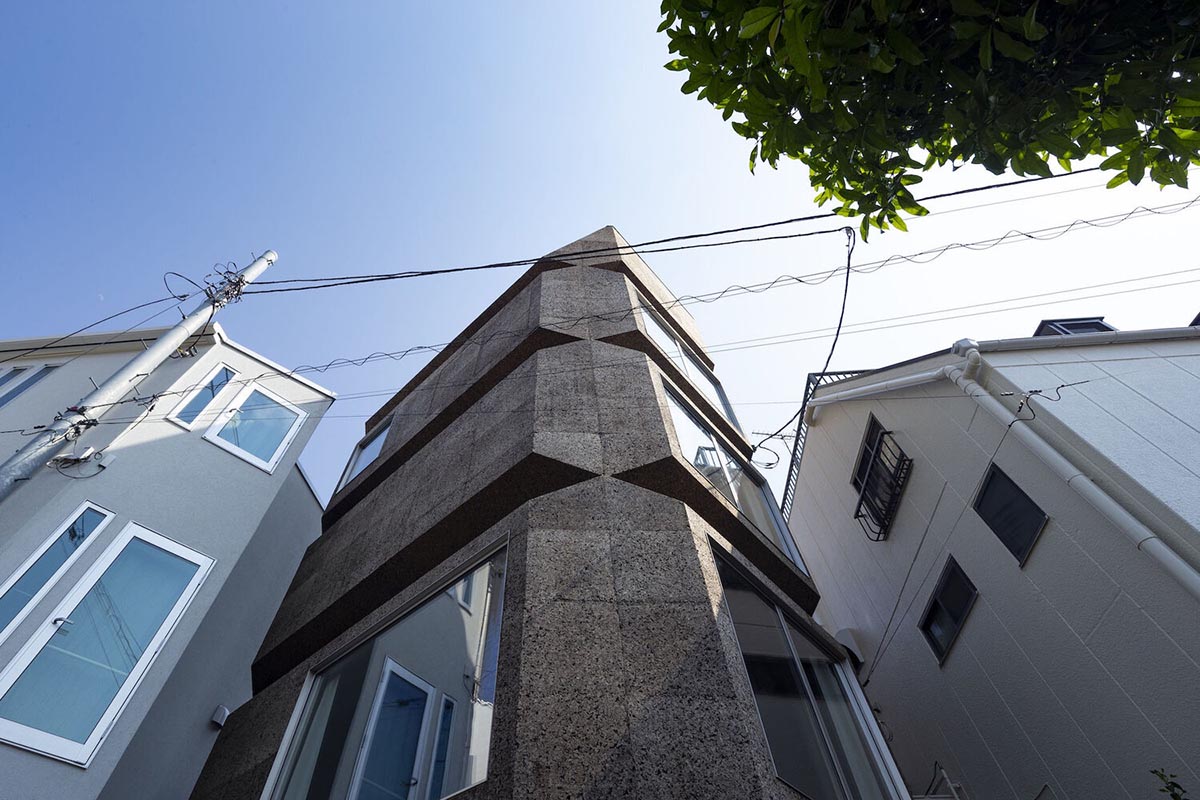 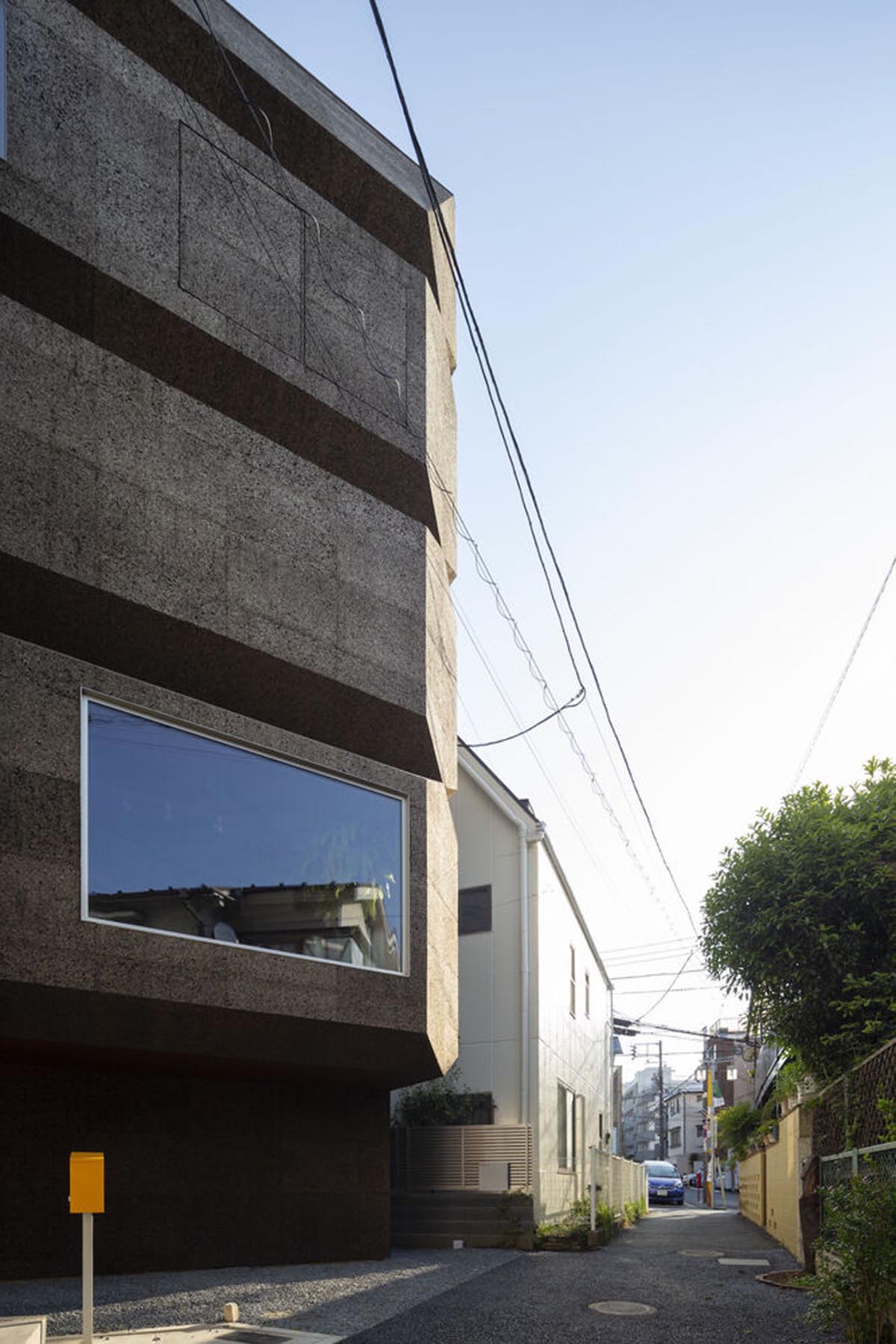 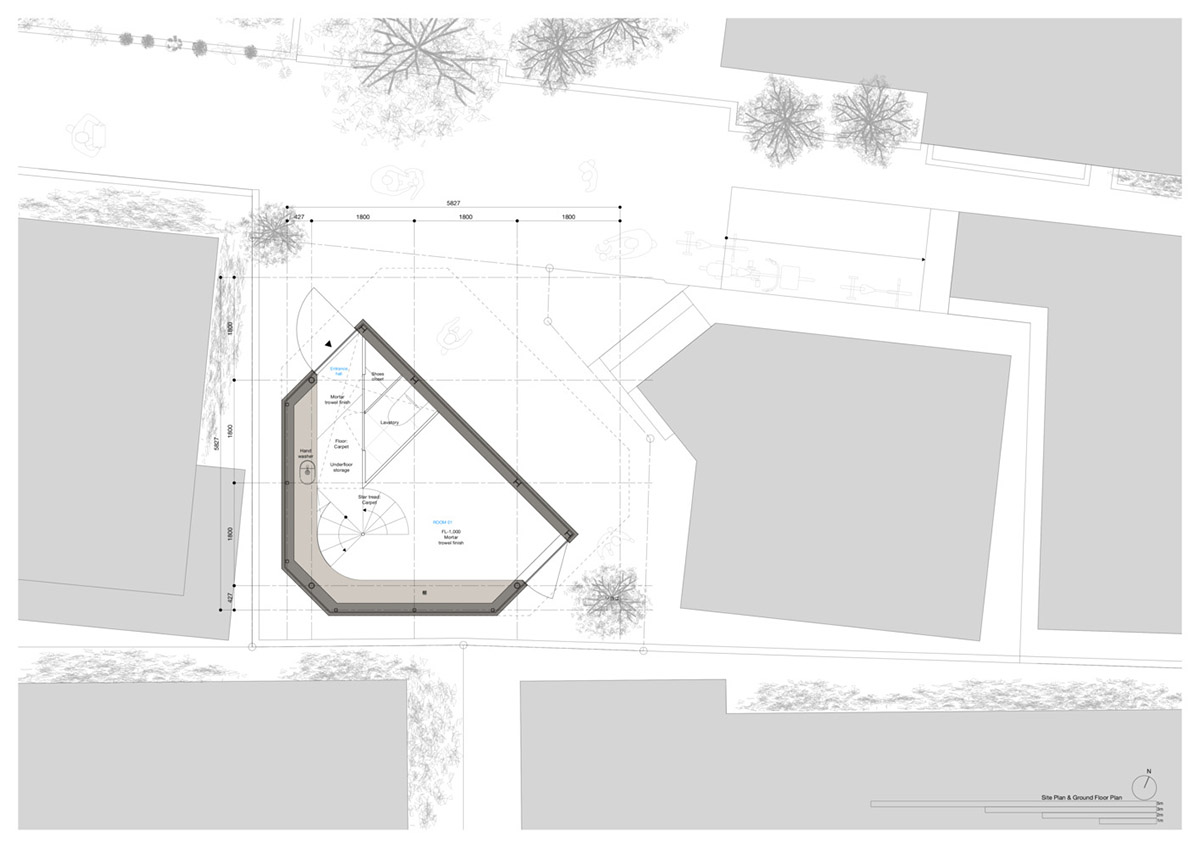 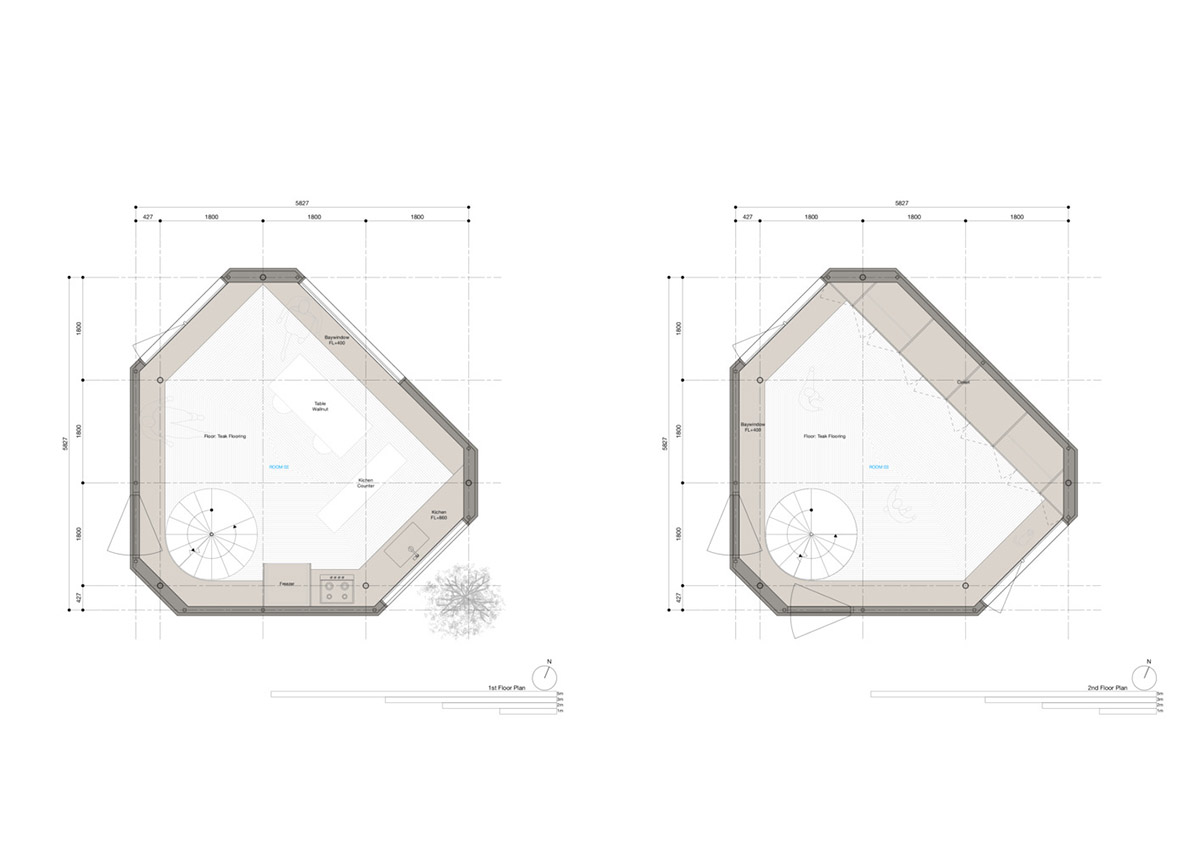 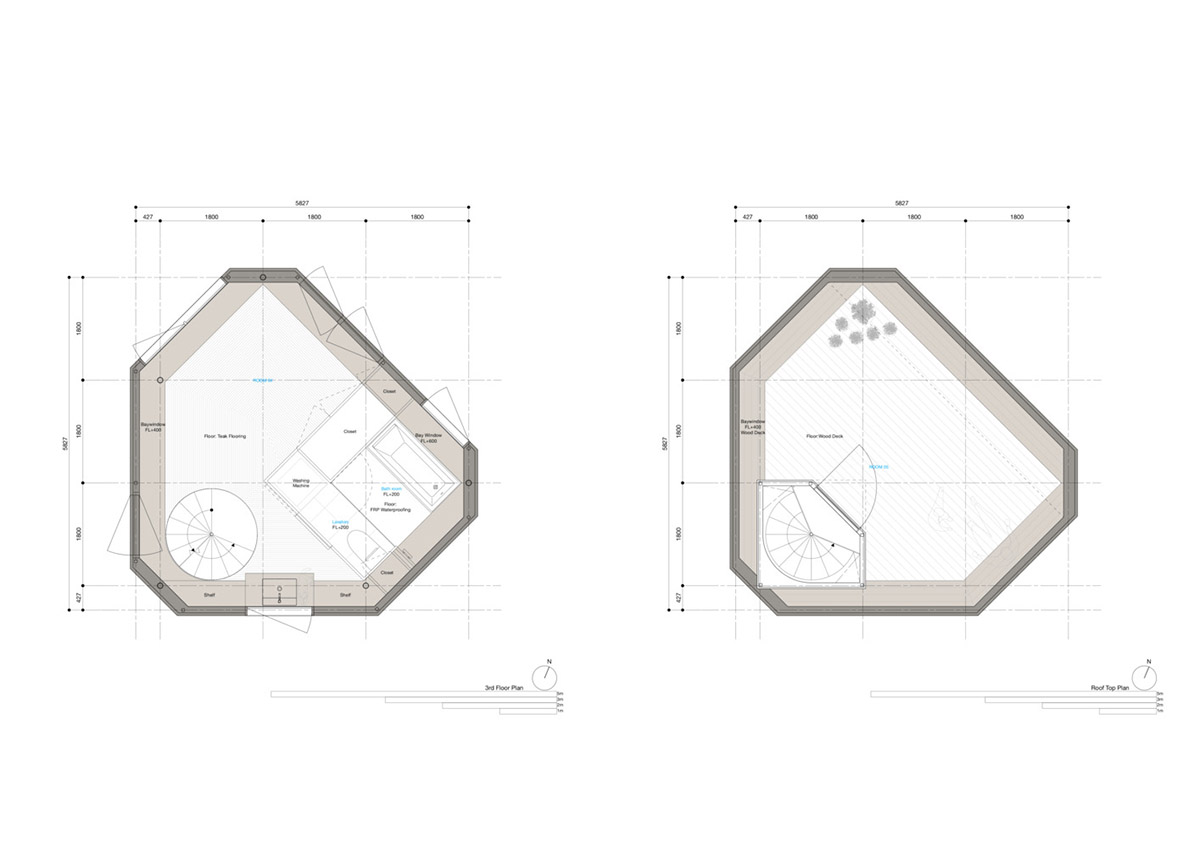 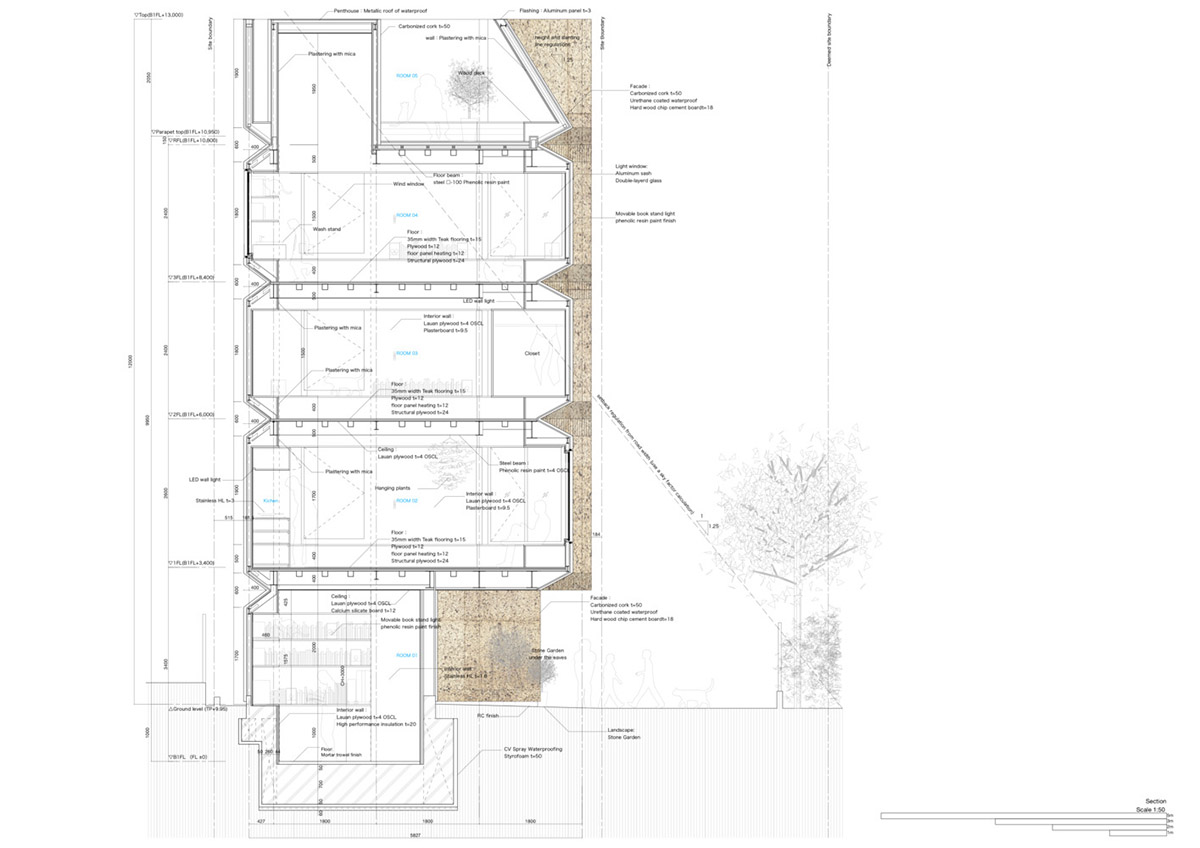