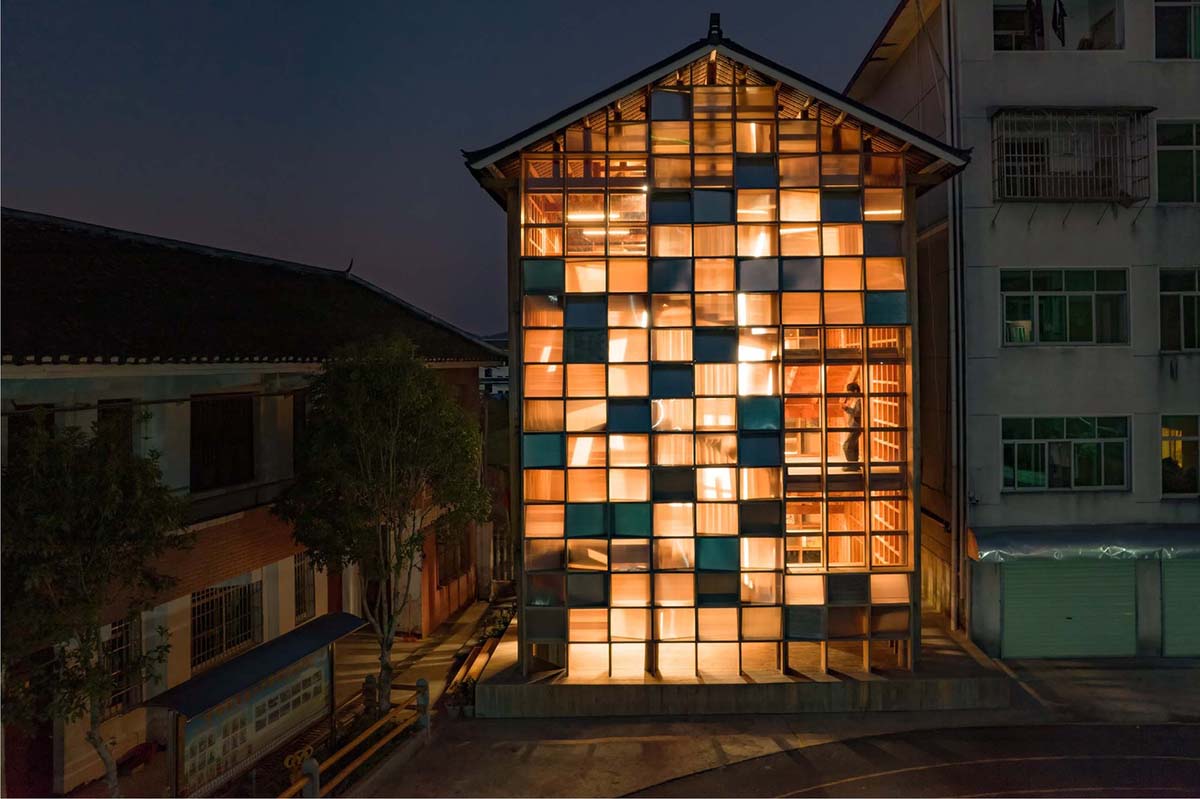 The project, called Pingtan Book House, is a four-storey building that was transformed from the former concrete Pingtan Primary School, built 20 years ago, into a contemporary, timber library that stands out as shiny element within the urban fabric. 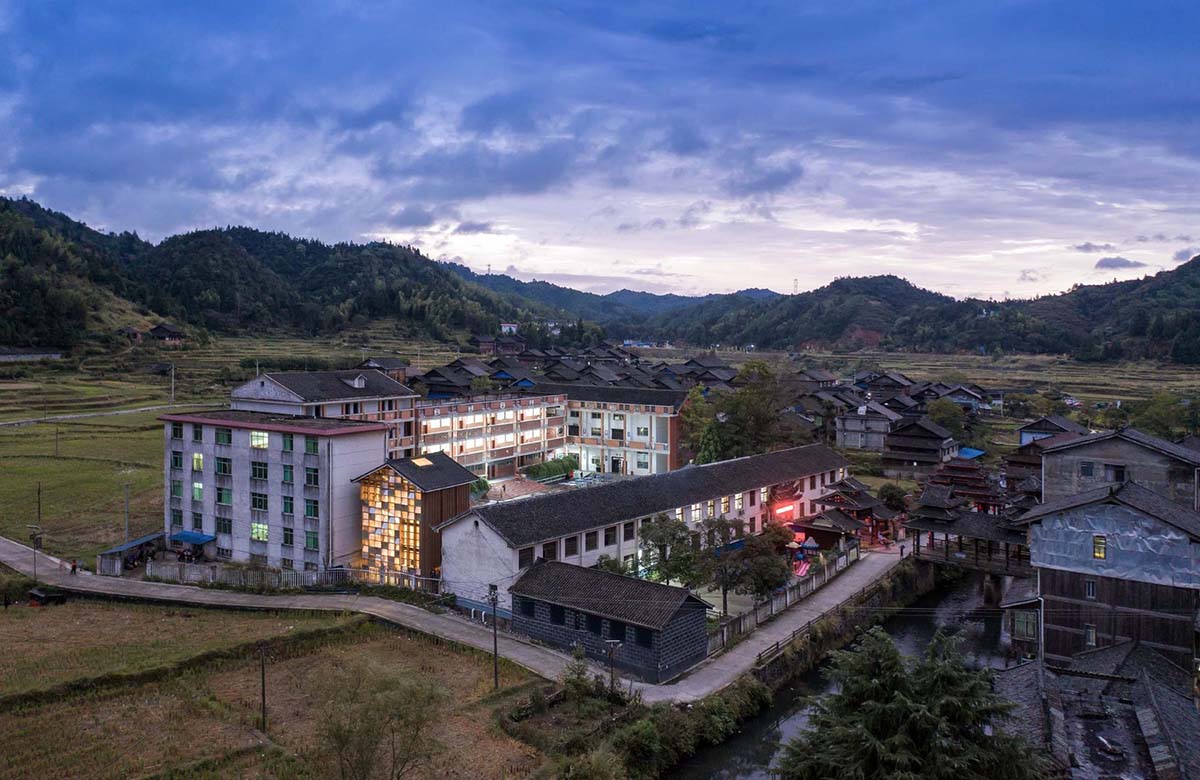 Accommodating more than 300 children aged between 6-13, the complex is made up of a cluster, including a Hall and Canteen, Classroom, Dormitories, and Administration all surrounding a courtyard.

"Imagine a staircase that never ends, an infinite loop of risers and treads squeezed into a traditional timber house," said Condition_Lab & UAL Studio. "The staircase has no destination; it is the destination itself." 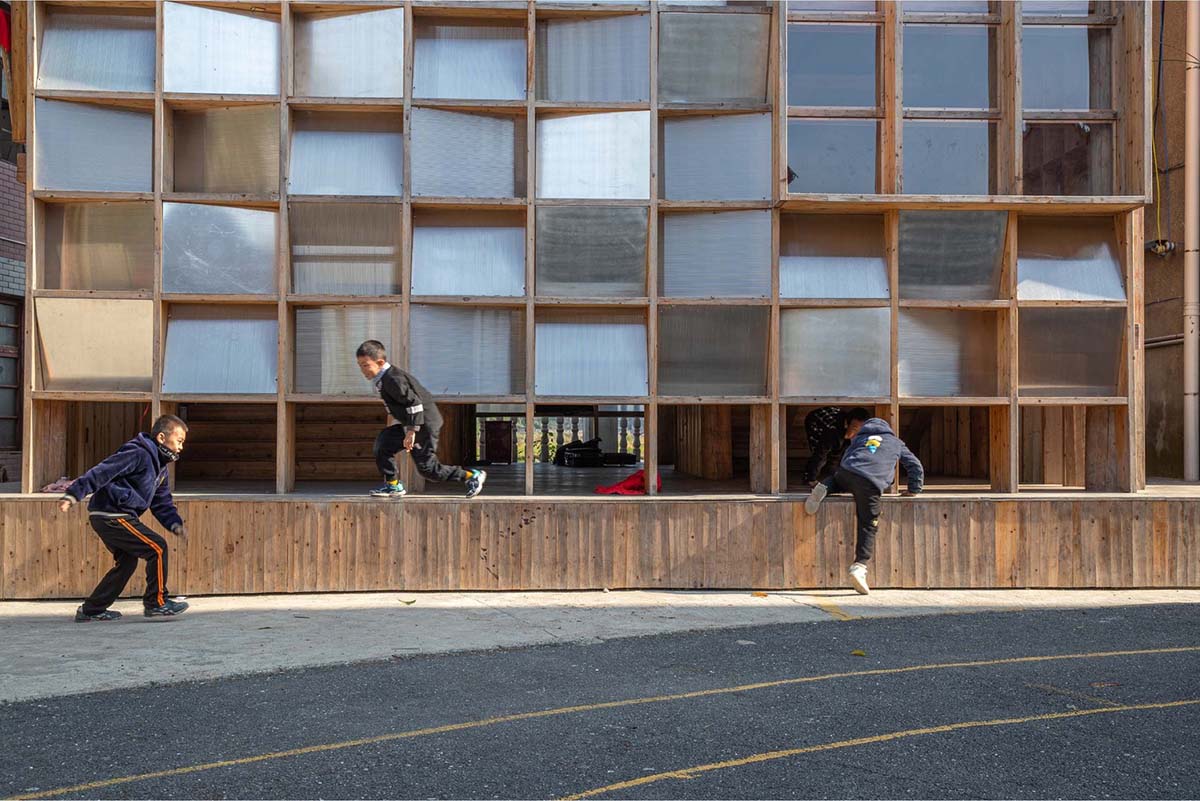 The studio transformed the walls of the library into a matrix of bookshelves and windows that give the building its current look. The Pingtan Book House provides a place where kids read and play at the same time, a new paradigm of rural village libraries in China.

"Dong Minority villages have been confronted with the ever-present reality of their beautiful heritage rapidly evaporating, eradicated by the arrival of a foreign material - concrete," added the studio.

"Entire villages built over centuries from a single sustainable material, indigenous China Fir, are rapidly losing their identity. Dong’s cultural DNA is being challenged by contemporary living and the quest to modernize." 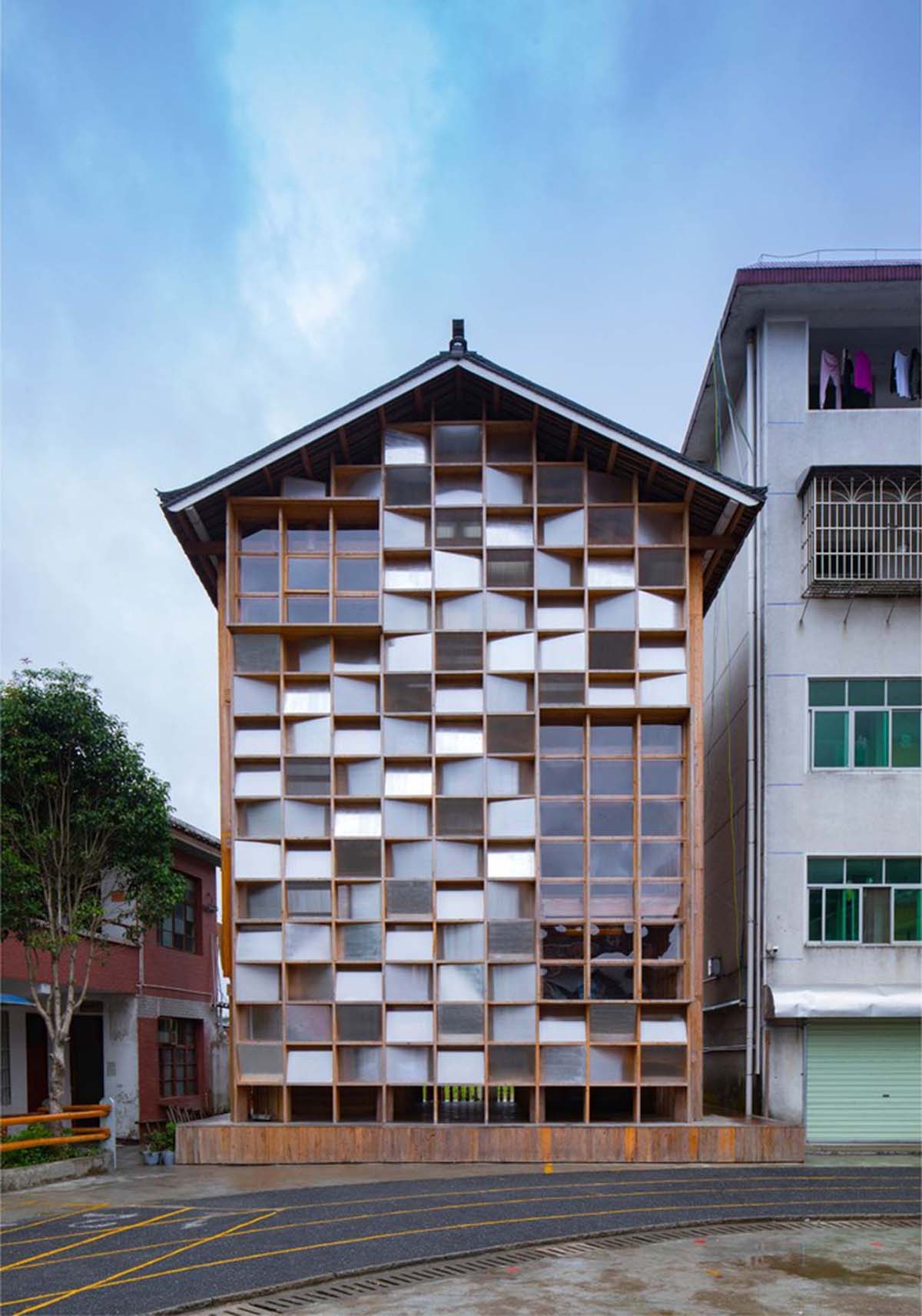 For these reasons, the architects took an opportunity to create a small insertion, and they introduced a timber structure by maintaining the original structure of the school that could reawaken a sense of wonder in their heritage.

The building is conceived as a form of “living heritage” that would reconnect and inspire children, allowing them to appreciate their precious culture via direct engagement. 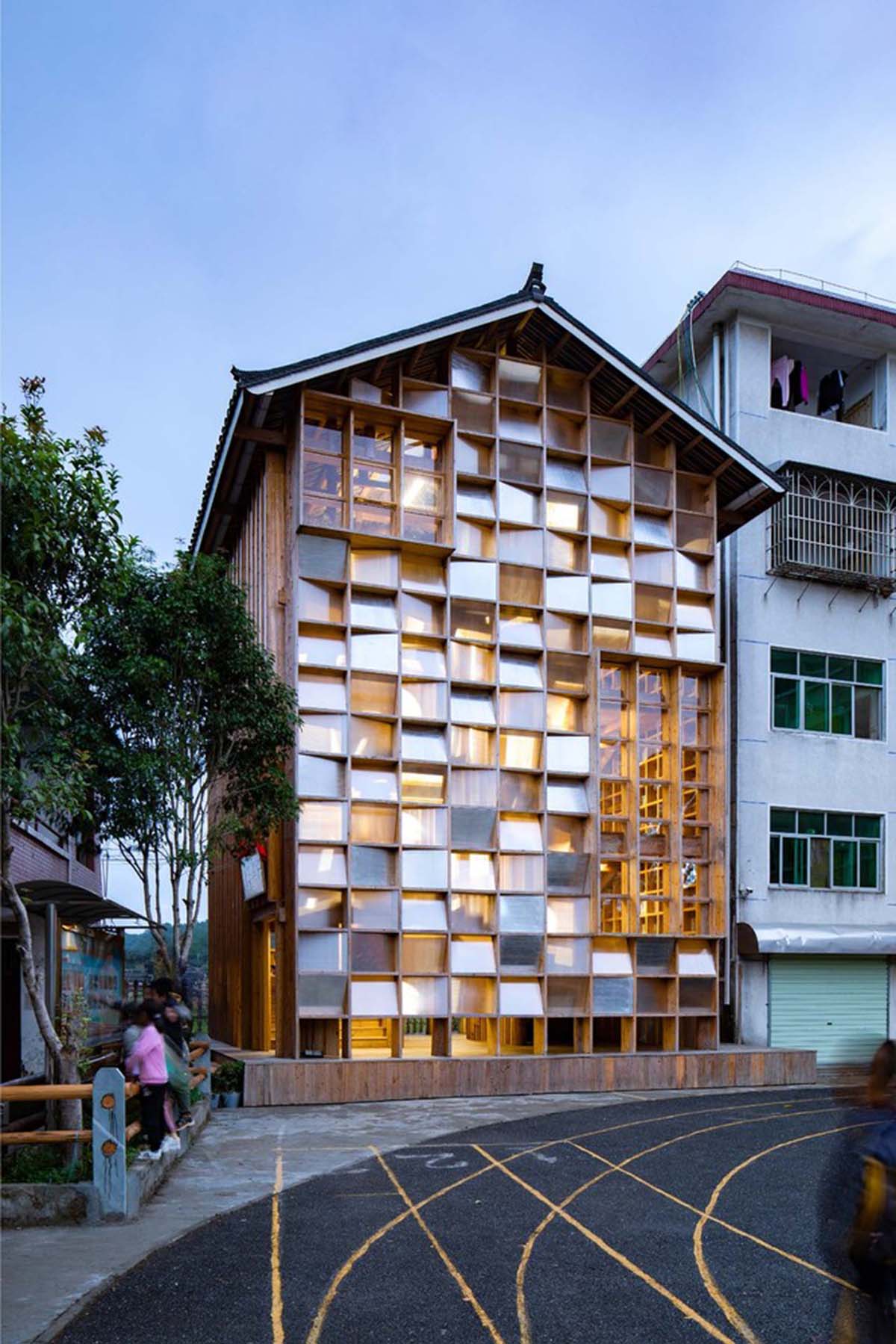 The project is the second library the studio designs and builds in the same region, the first Gaobu Book House is located 10 km upstream acting as the elder sister in this family of interventions. The Gaobu Book House won the WA Awards in the 31st Cycle.

The studio takes inspiration from the traditional typology of the Dong “Galan” timber frame house and transforms it to a contemporary design, where elements such as stairs, walls, windows, and floor are reinterpreted. 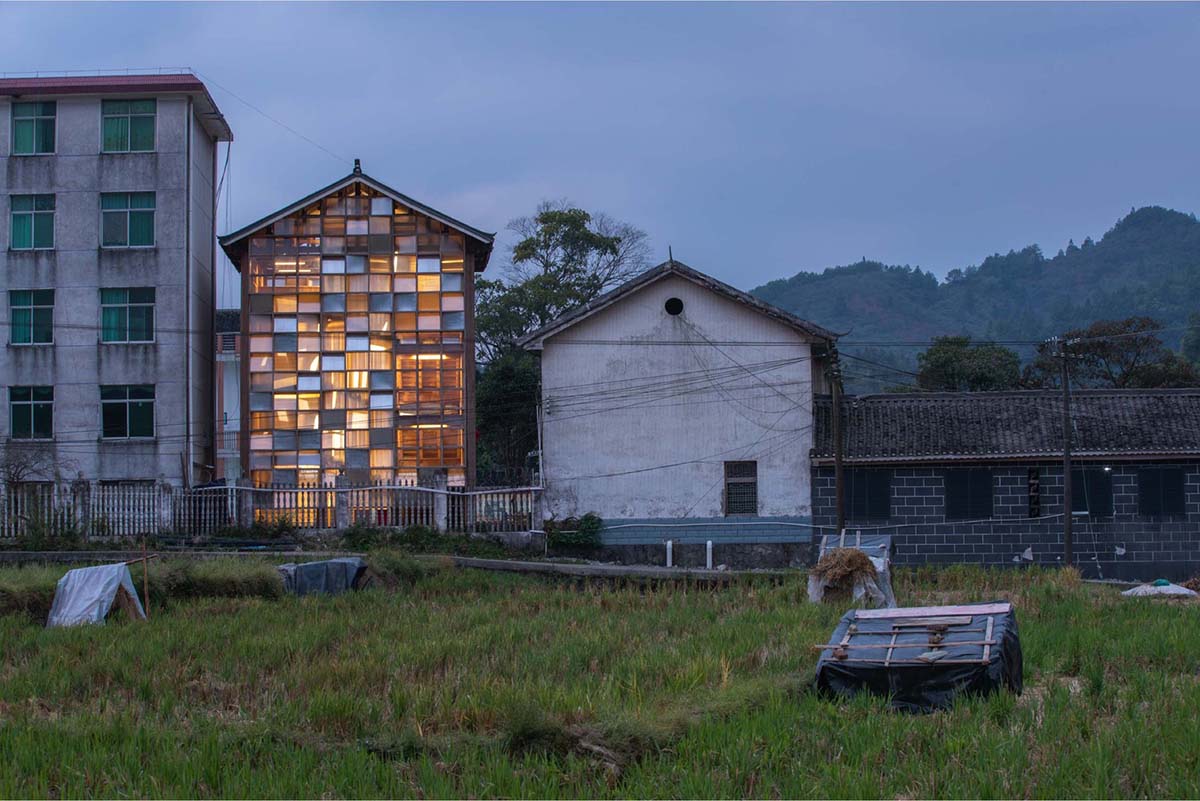 During construction, the architects worked closely with local carpenters and students of architecture from CUHK School of Architecture. The studio attributes the success of the project to the fact that it was produced by the local people, completed in a slow process and completed by examining all the details.

The architects said "without them, the library wouldn’t be possible." 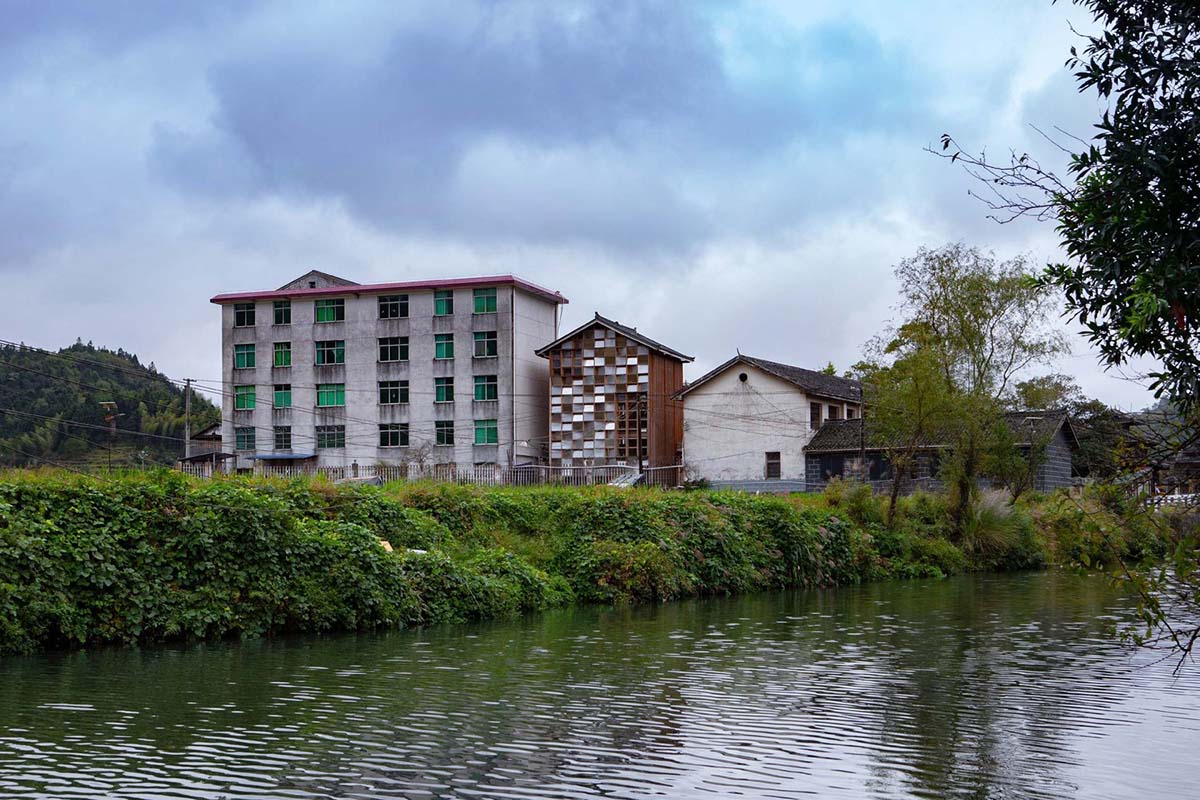 "Through a process of participation, we gained the trust of the villagers and the school principal, enabling us to create a social narrative that also helped us find donors who would eventually sponsor the project."

The library was entirely built by using a sole material: timber. The only ‘foreign’ material is the polycarbonate panels used for the façade to allow sunlight to filter in and view out. Construction followed traditional Dong carpentry details. 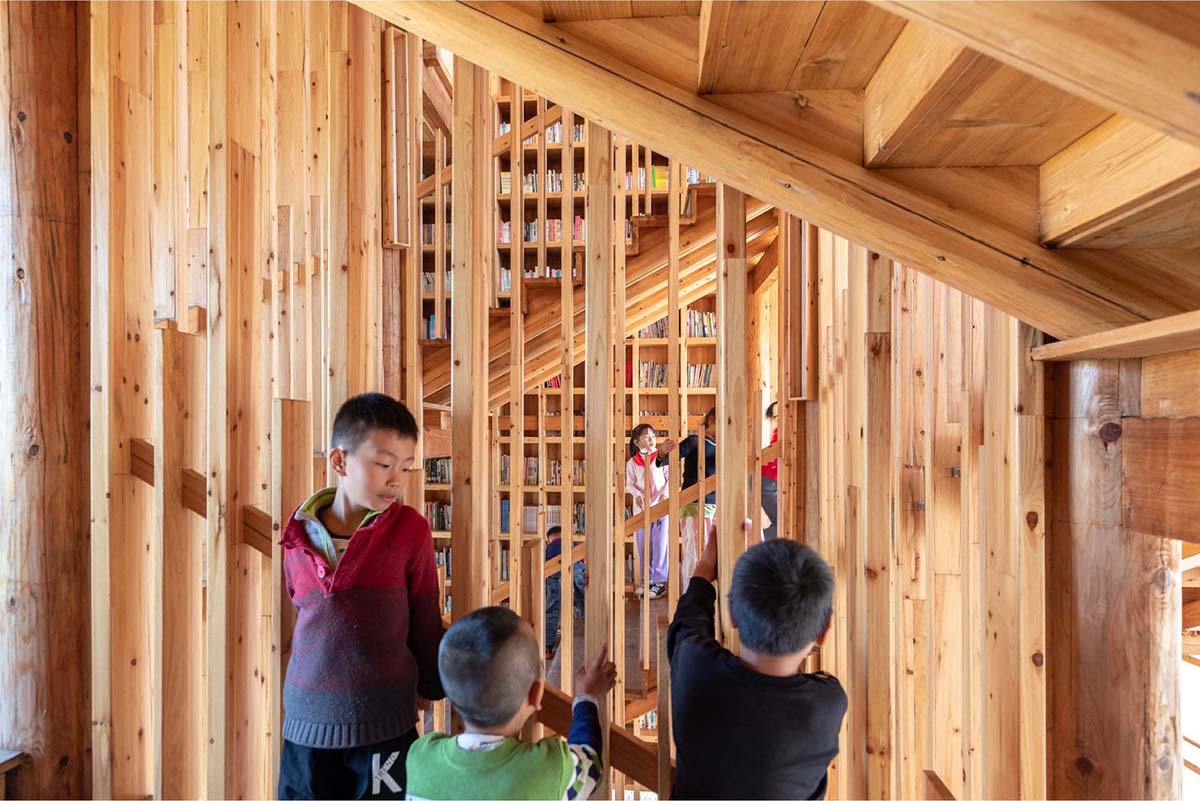 The value of this project lies in two fundamental lessons, according to the studio.

"The first relates directly to the children of Pingtan who beyond enjoying playing in the library have realized their culture is alive and remains relevant in this fastly changing world."

"The second relates to the discipline, at a moment when architecture seems to have lost its soul to ever-demanding developers, which makes one aware of the social importance of architecture," it added. 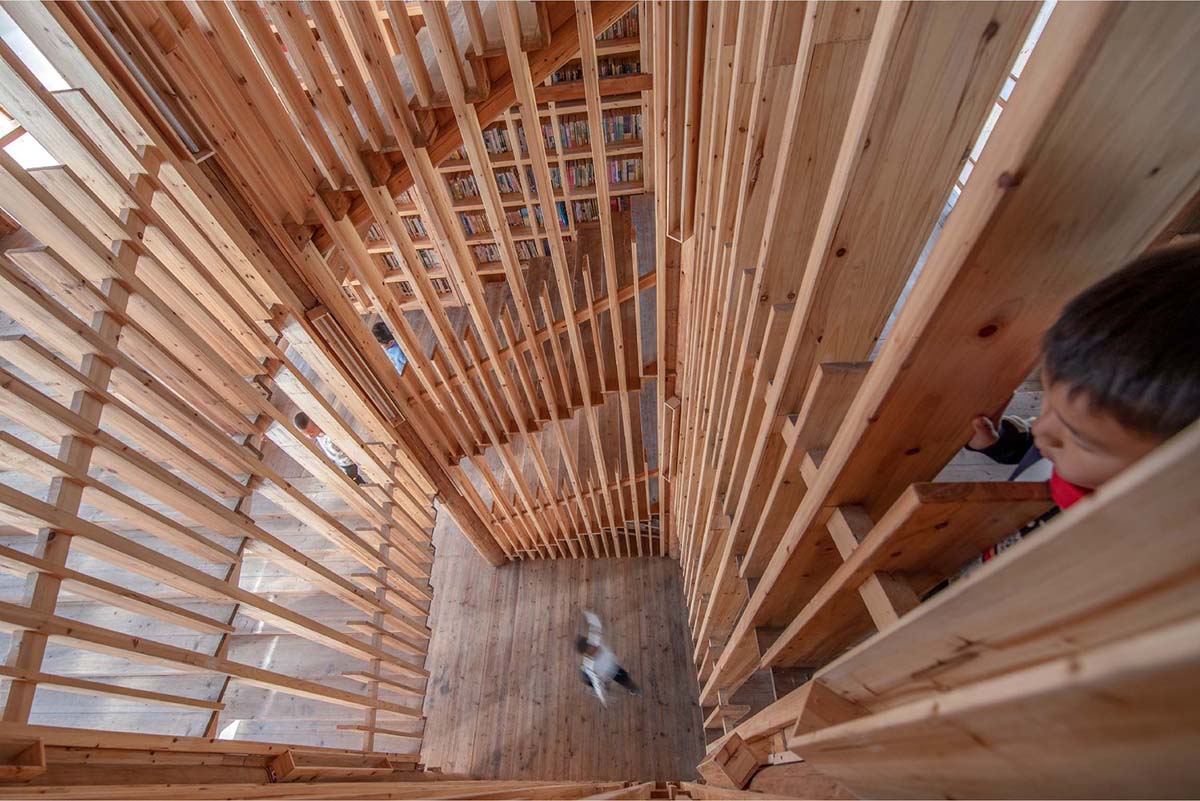 As the architects emphasize, to be able to create a social impact on any project, it does not require large amounts of financial investment, design is not limited to high-end projects, architecture must have a purpose. 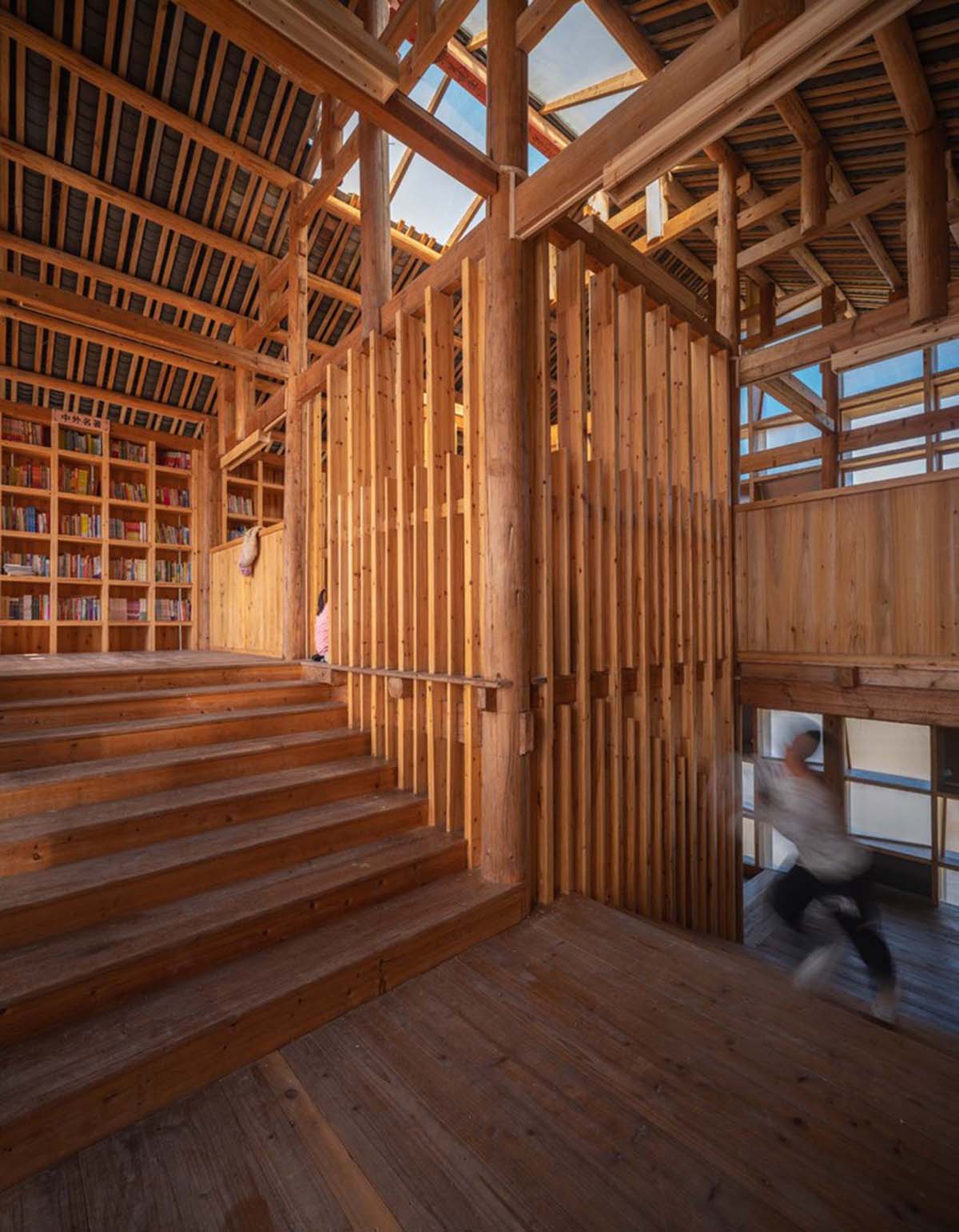 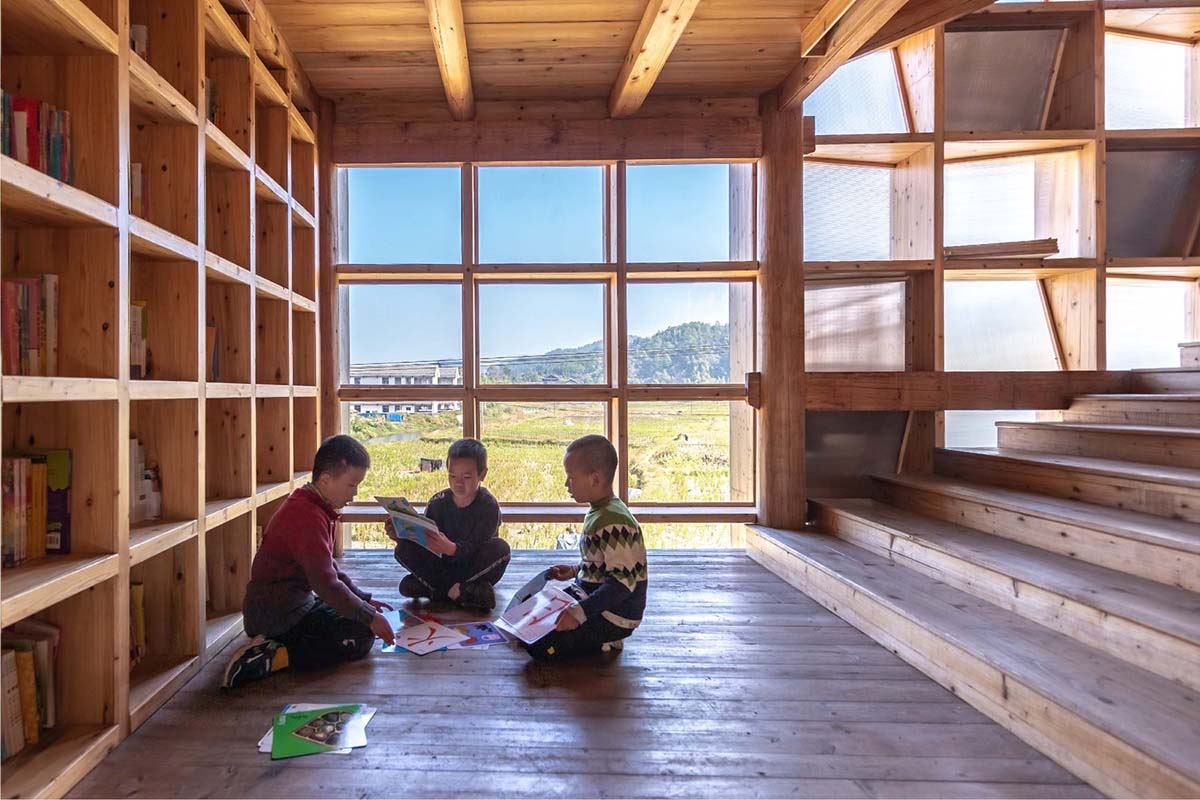 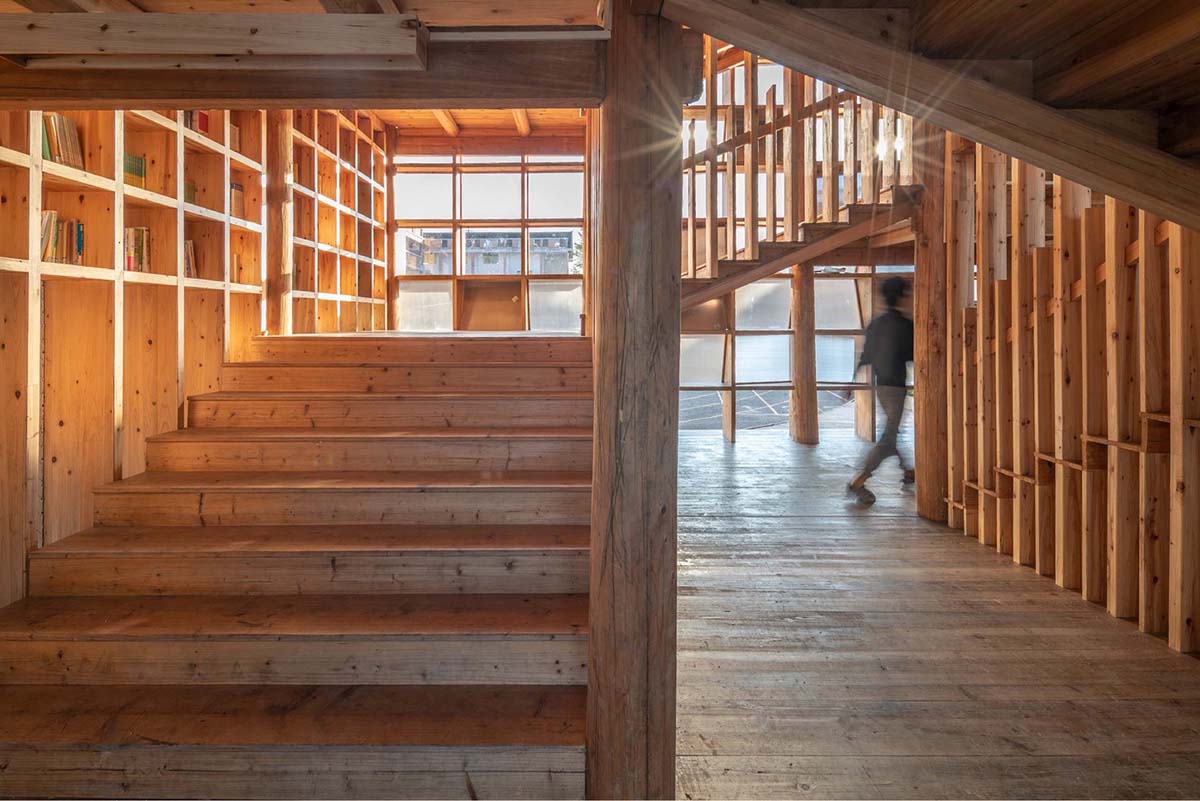 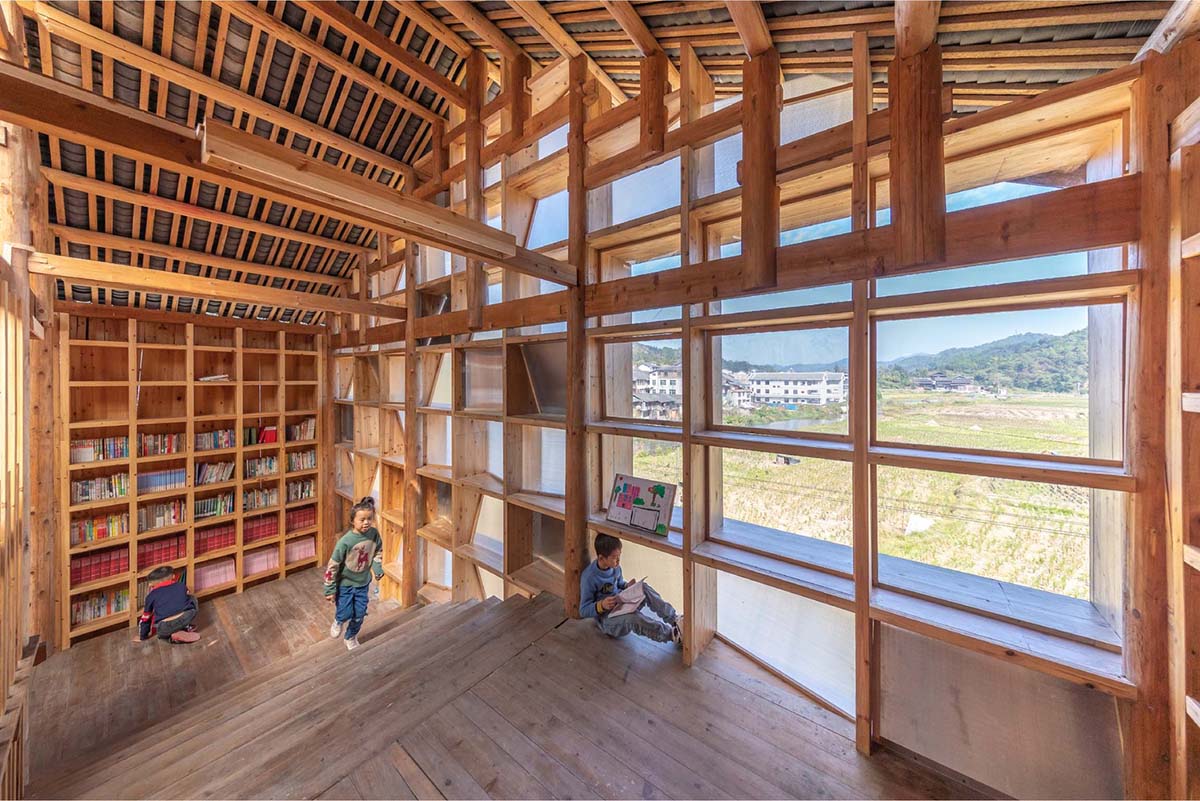 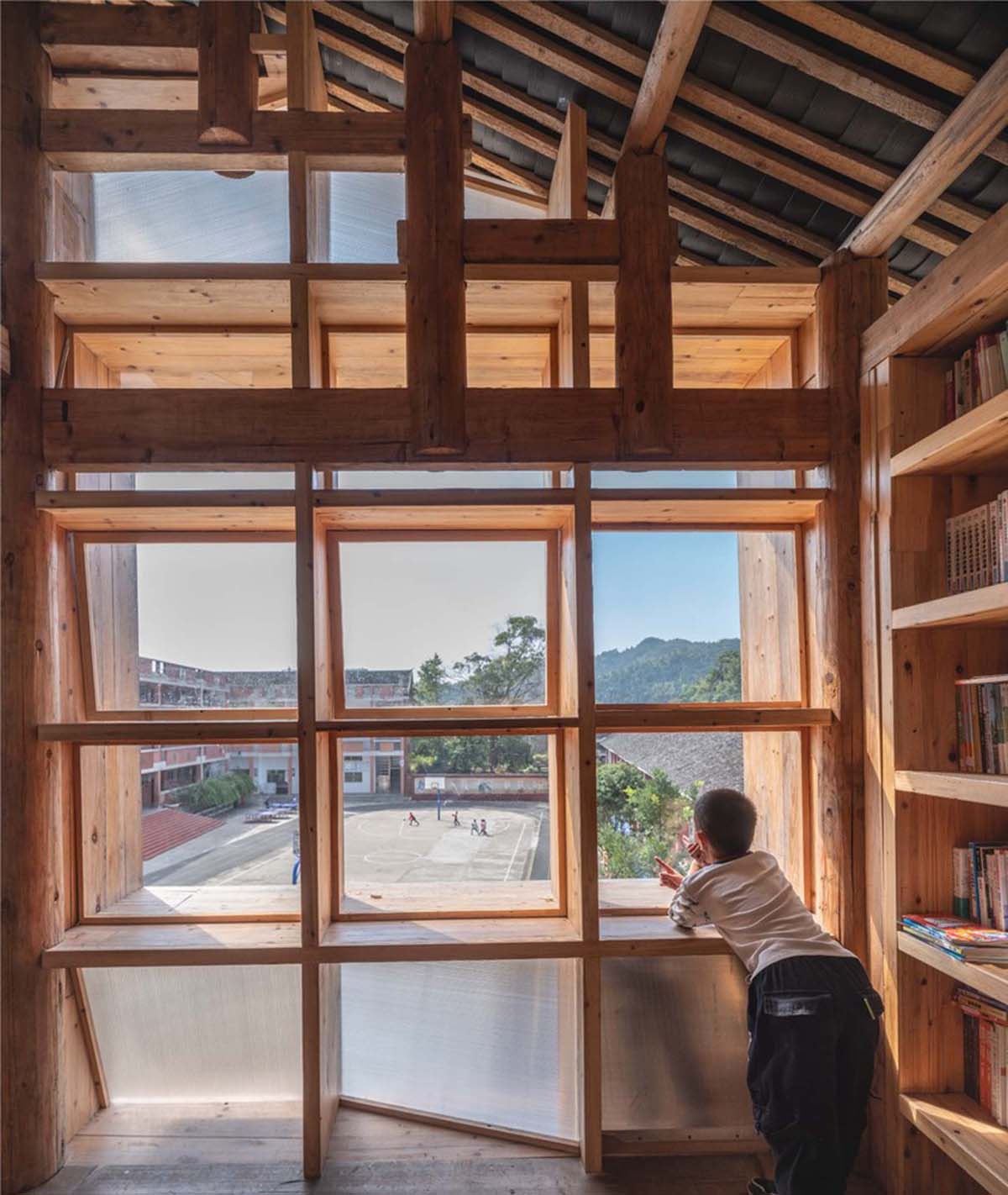 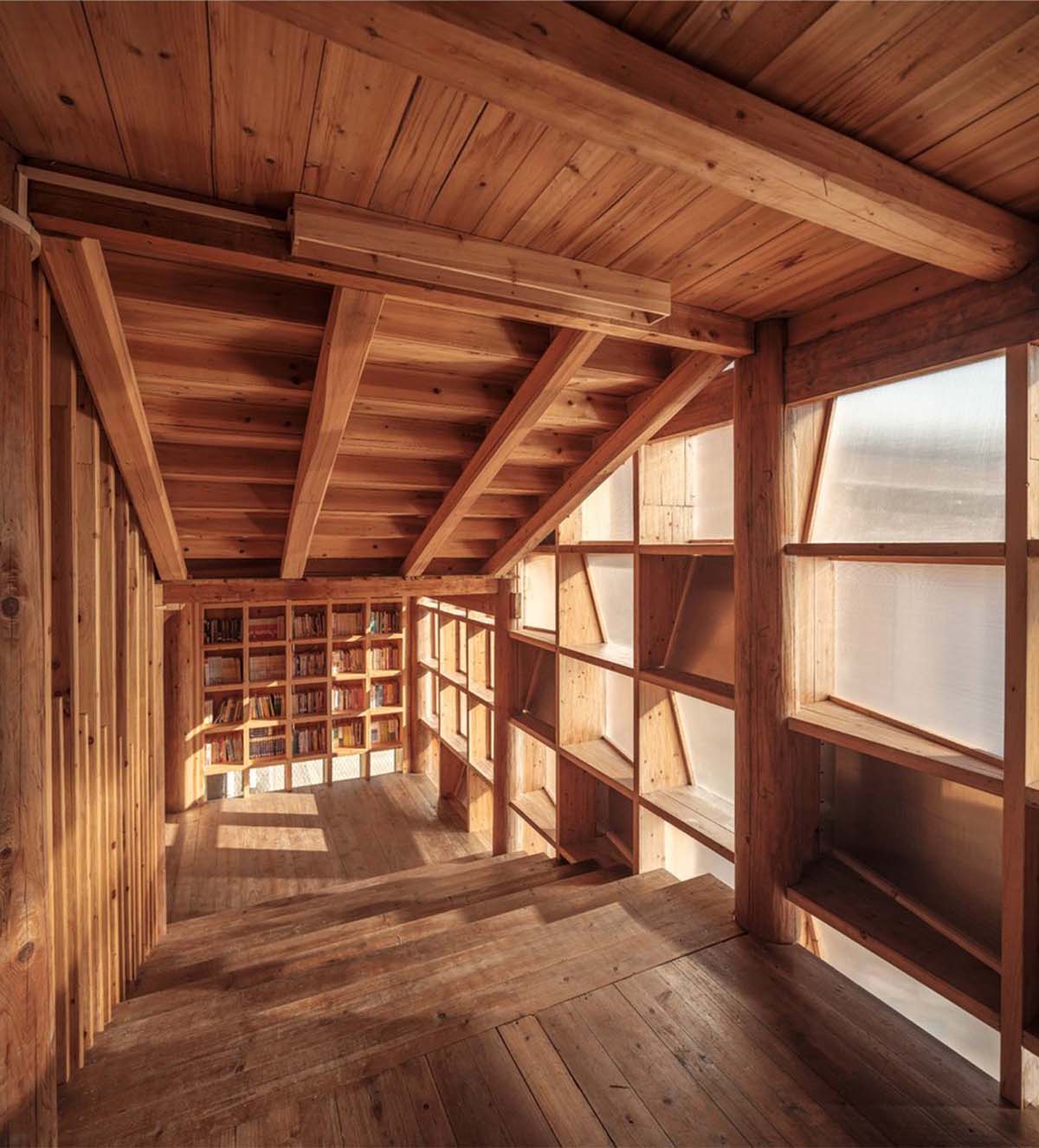 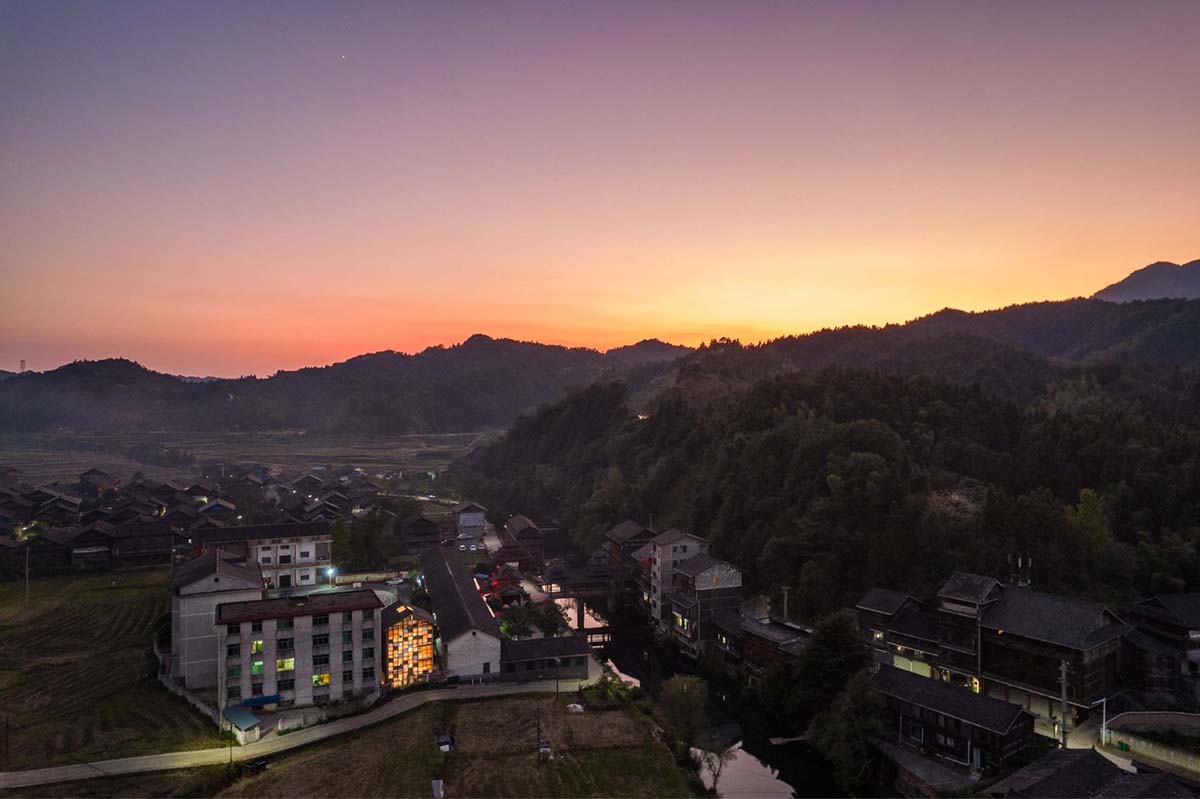 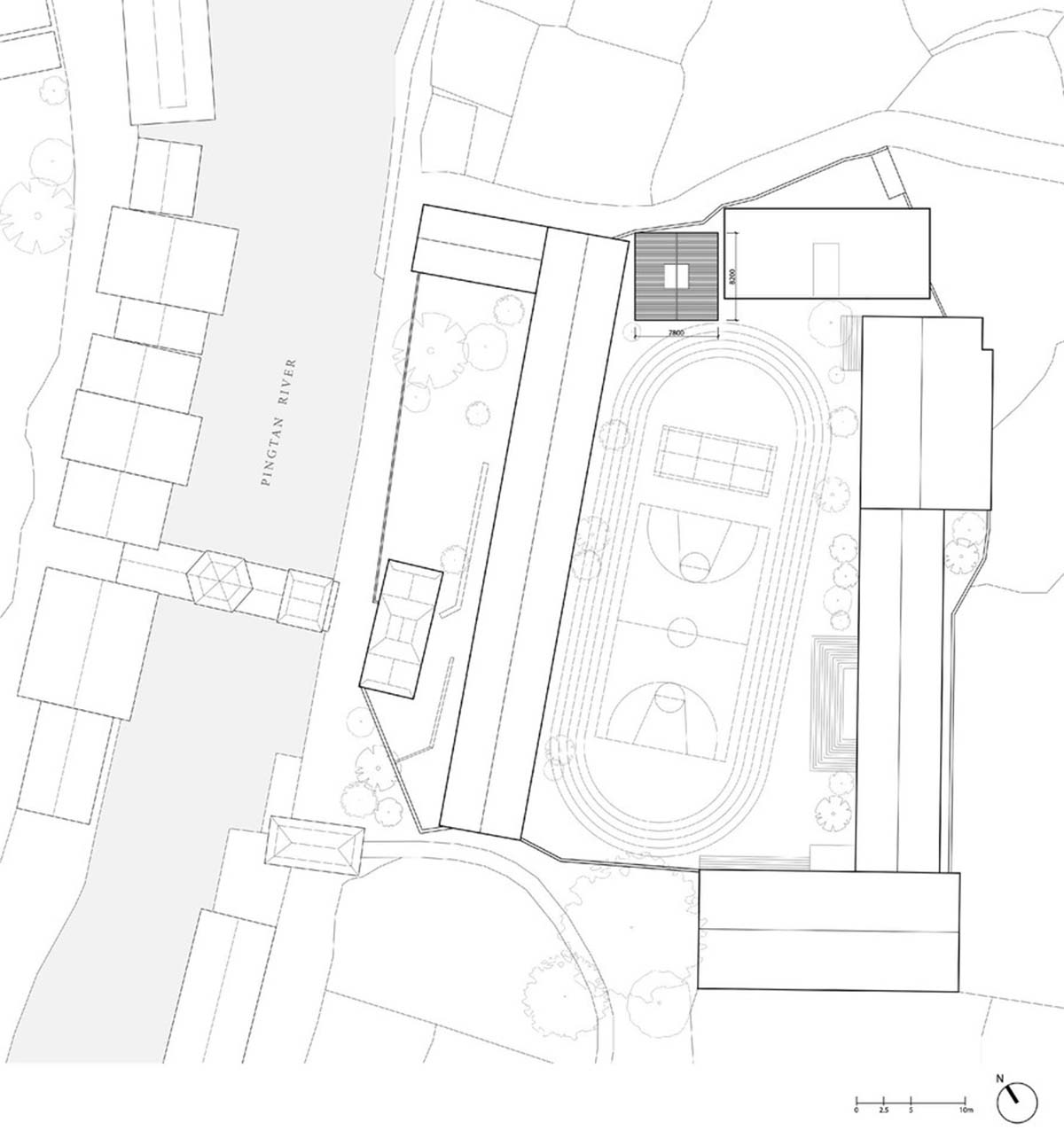 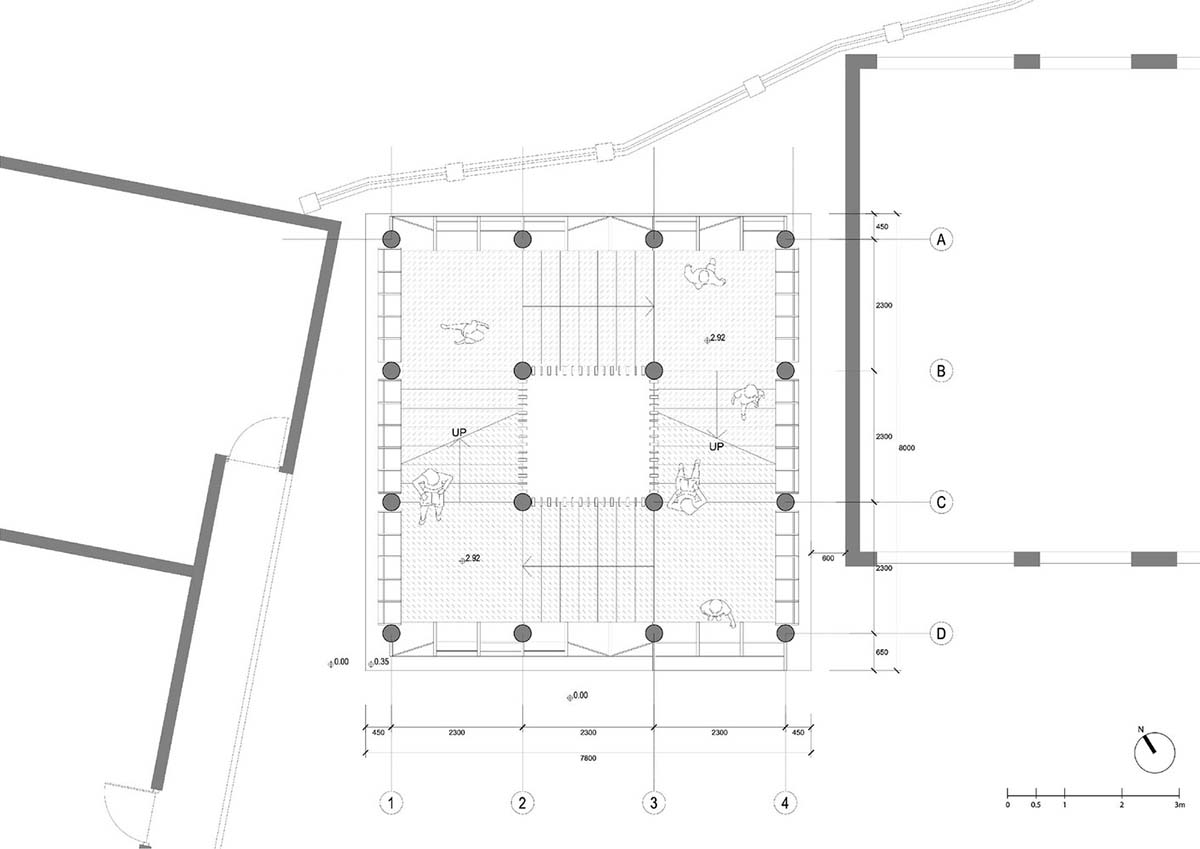 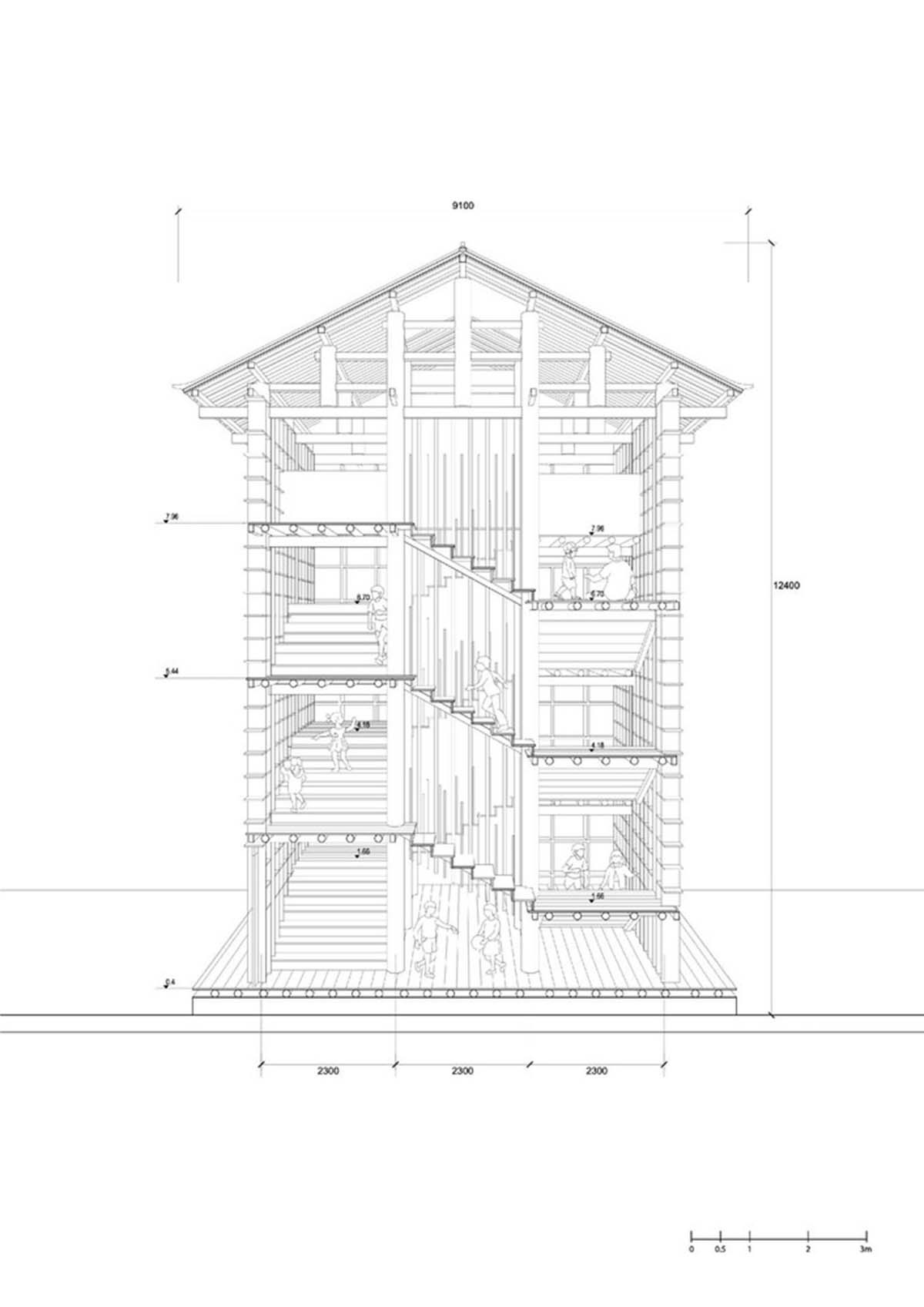 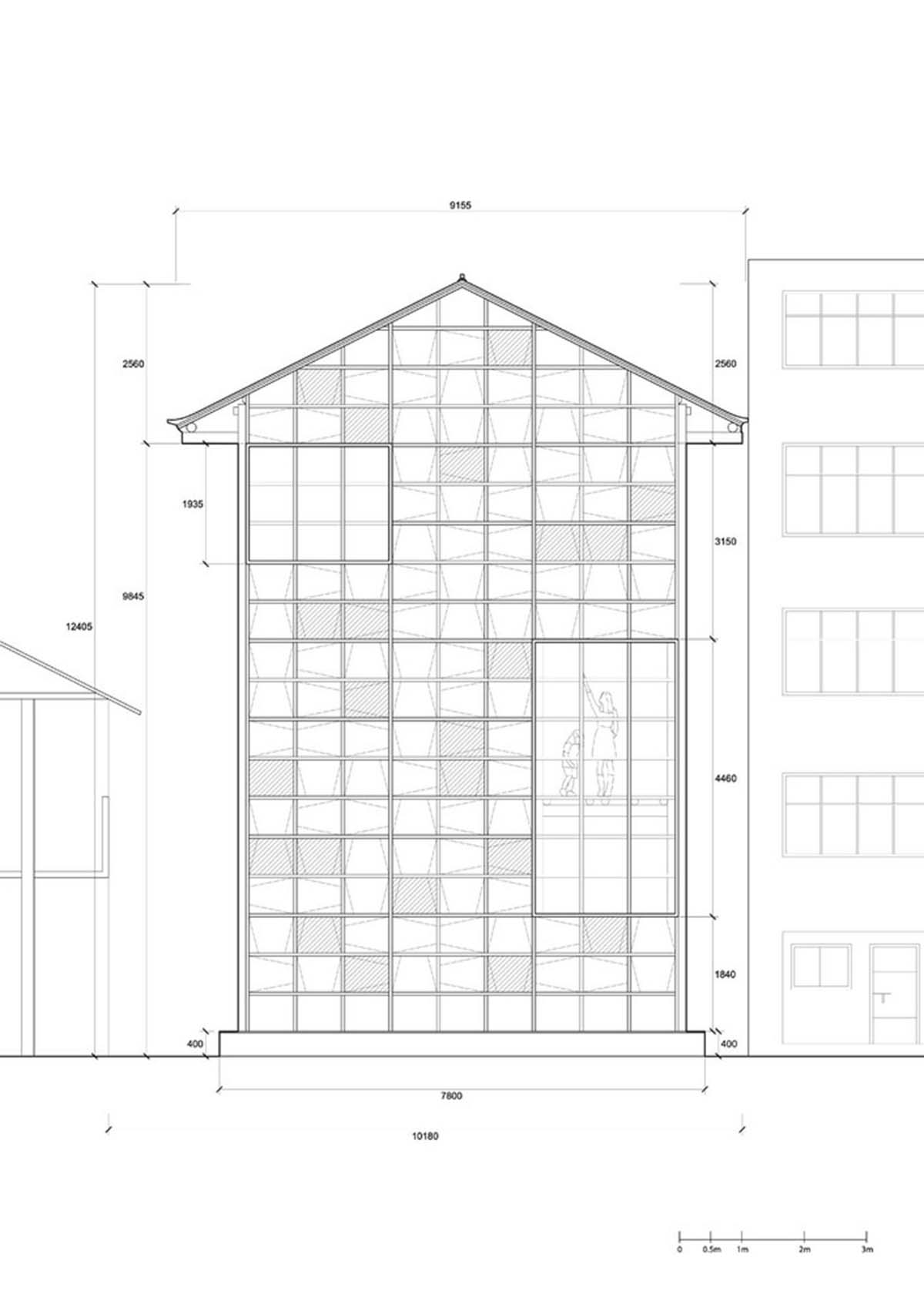 Condition_Lab, established in 2018, is a Design Research Laboratory based within the School of Architecture at CUHK. The studio's primary focus is to improve people’s lives through design.

Zheshui Natural Library in Zheshui Village, designed by LUO studio, is another typical example of timber libraries in China.