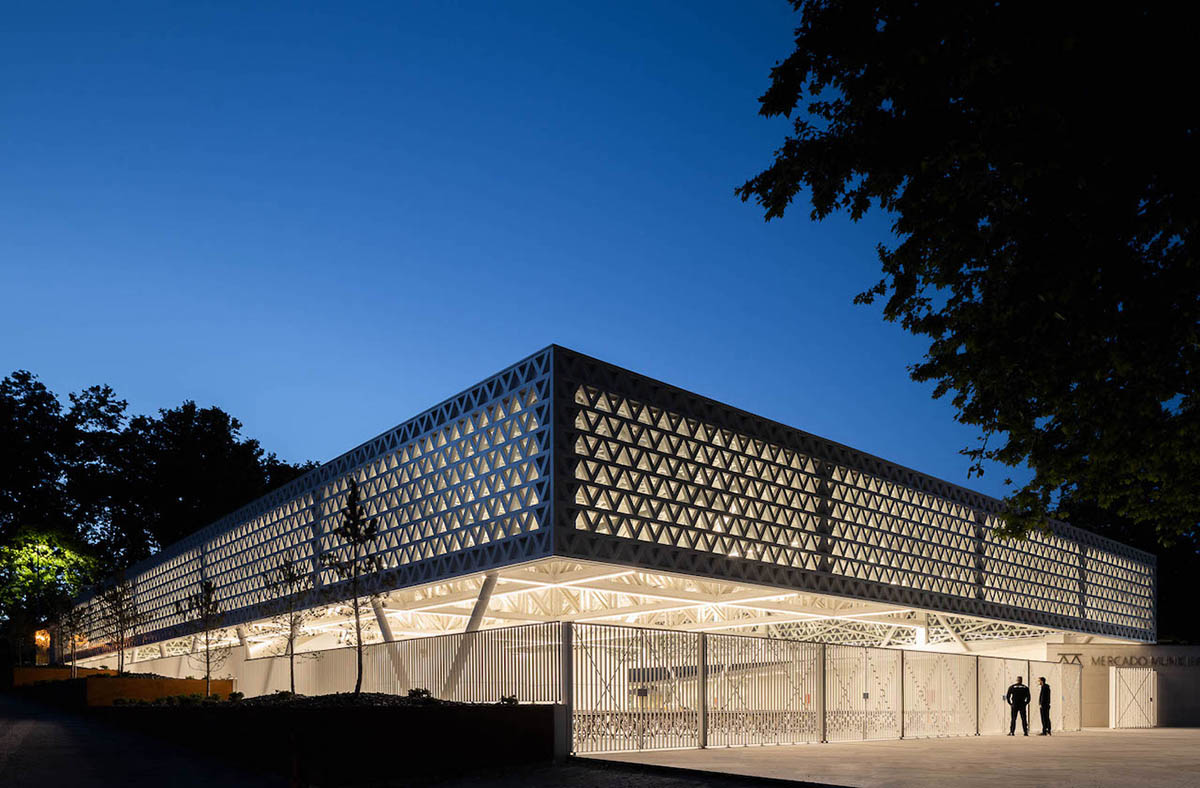 A perforated metal canopy has provided covered shelter and shade in a marketplace and square in the Portuguese  northern town of Vila Nova de Famalicão. Designed by Architect Rui Mendes Ribeiro who happens to also be the town council's architecture department lead; Ribeiro oversaw the modernisation of the traditional market, which had become outdated and was no longer attracting shoppers to its stalls. 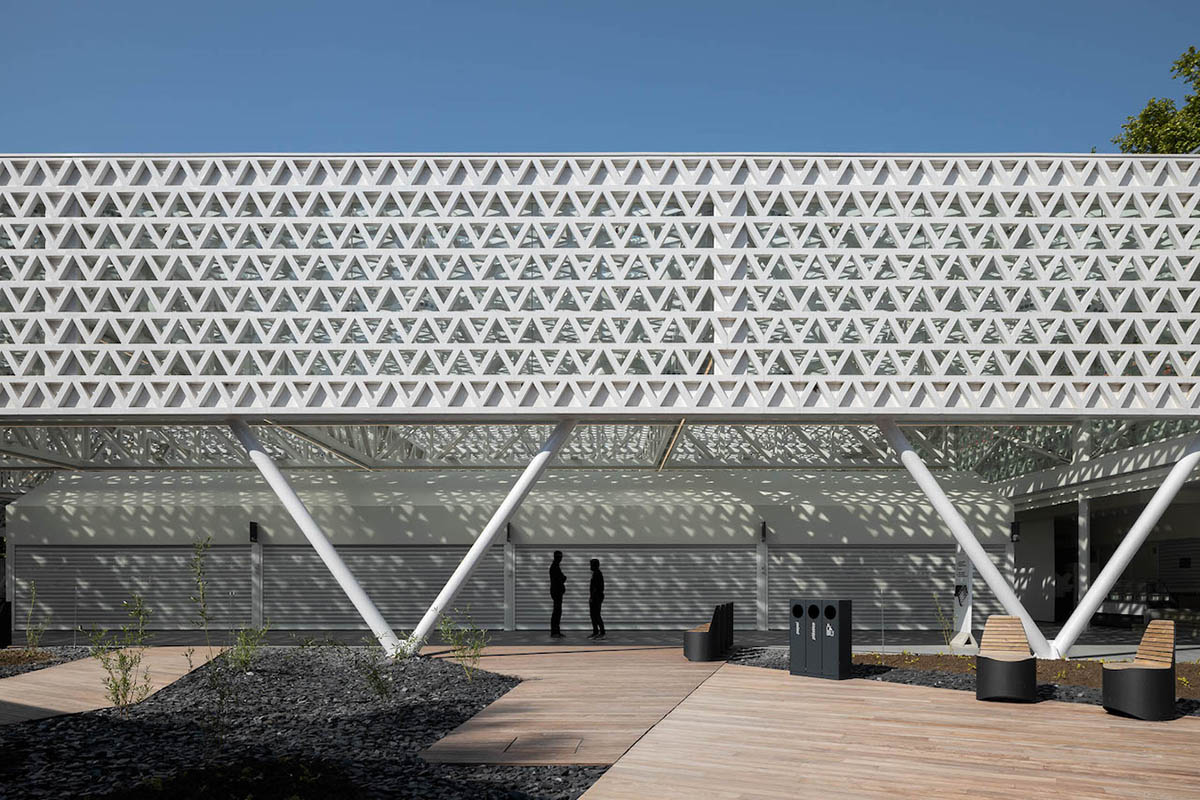 The intervention was aimed at the market's rehabilitation with the intention of improving previous conditions while enhancing its architectural character. Opened in 1952 the market had helped relieve congestion at the old fairgrounds (nowadays D. Maria II Square) and to make a more pleasant urban space with better, healthier conditions. 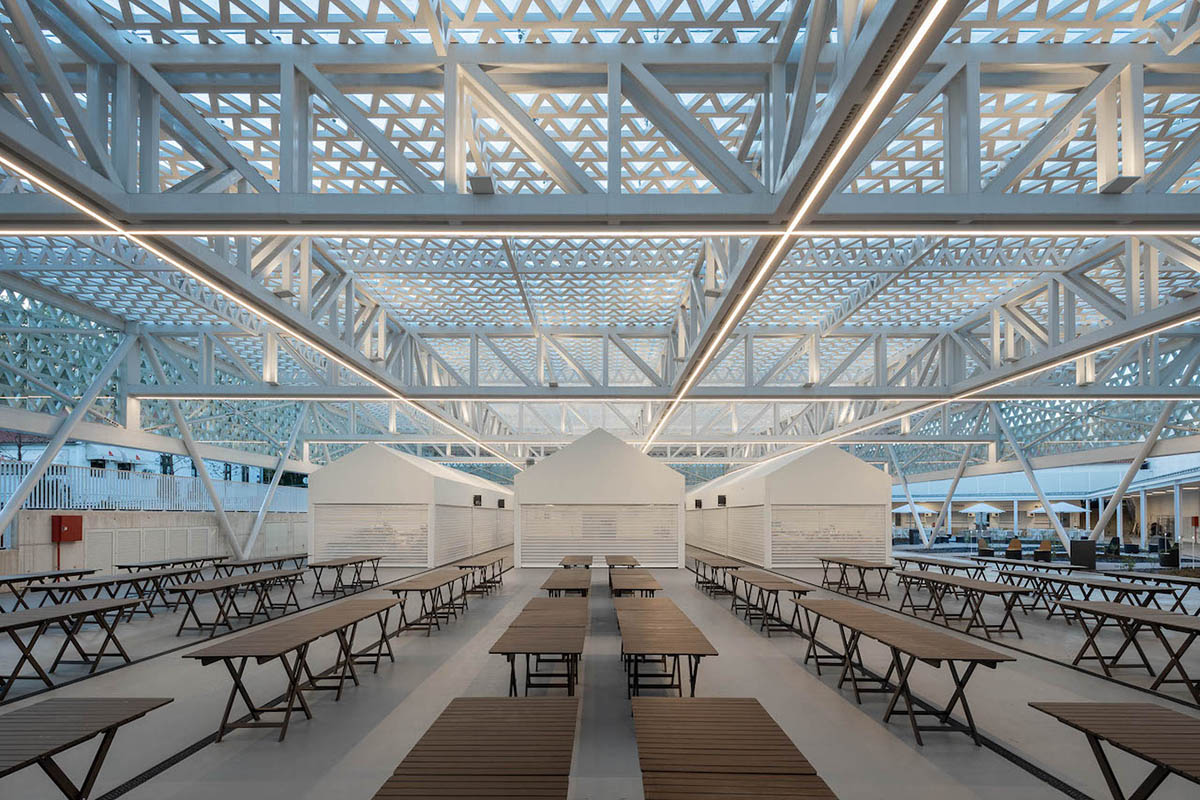 By the time of the current intervention the space had proven obsolete and lacked capacity to attract consumers. Architect Rui Mendes Ribeiro has covered the marketplace with a perforated canopy that shades the market square. 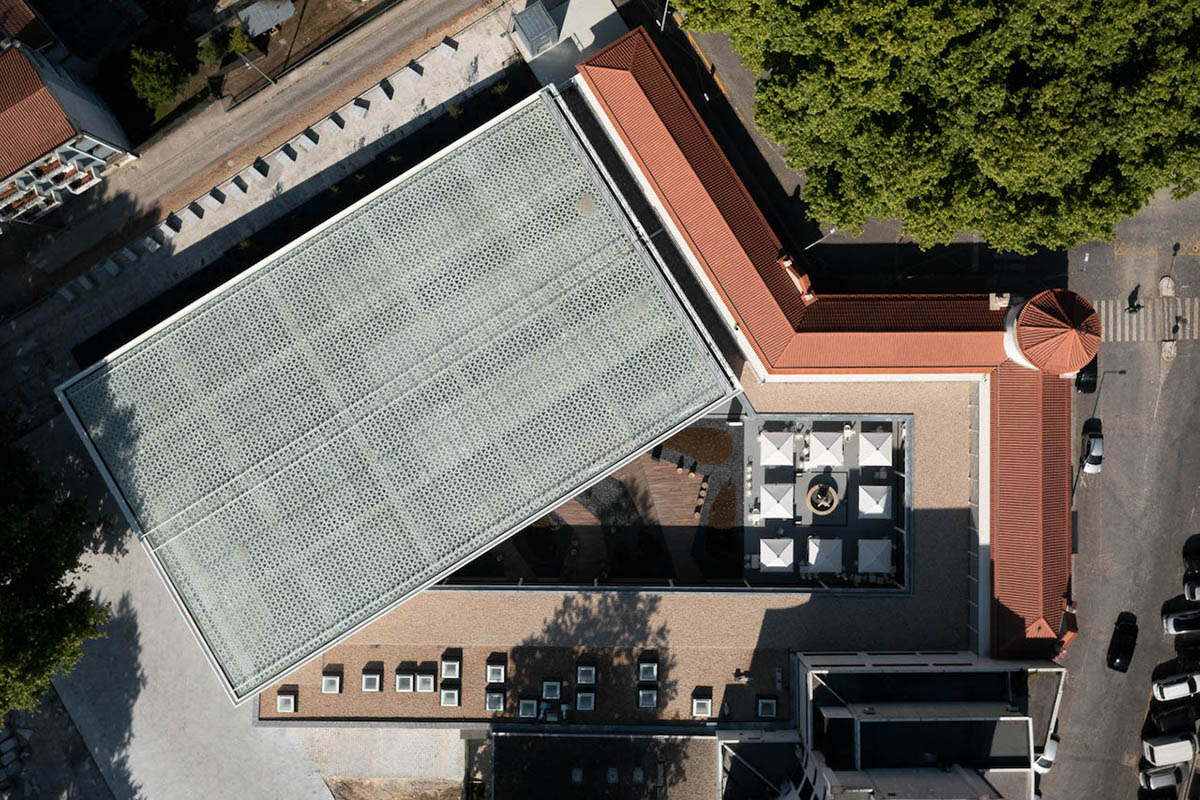 One notices that the urban context of the market is completed by three contiguous rectangular bodies with a turret that bears the City's coat of arms. At a higher elevation, access to the Market's courtyard is made via Captain Manuel Carvalho Street and by Dona Maria II Square. Some buildings from the town's original marketplace designed in 1948 in a style known as Portuguese Suave, were renovated, repurposing some of the existing buildings on the site. 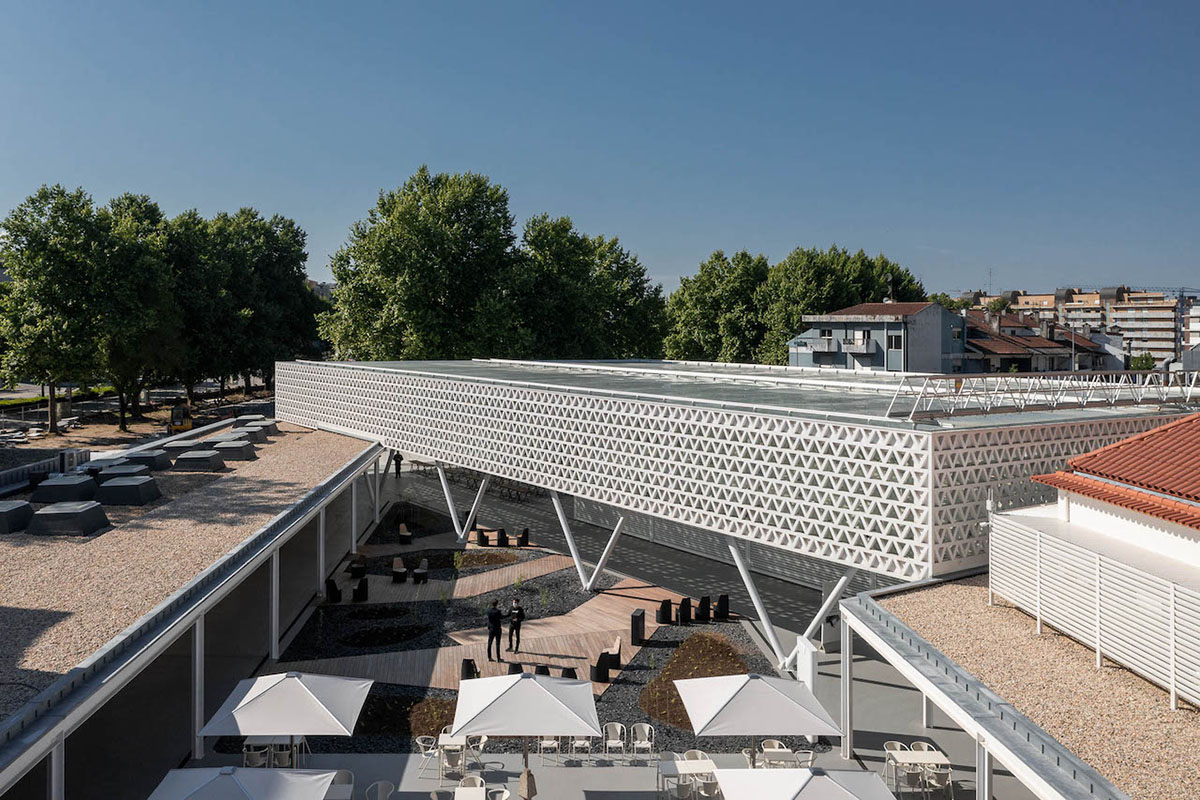 The main volume, which was maintained and rehabilitated in the architectural project follows the street frontage. 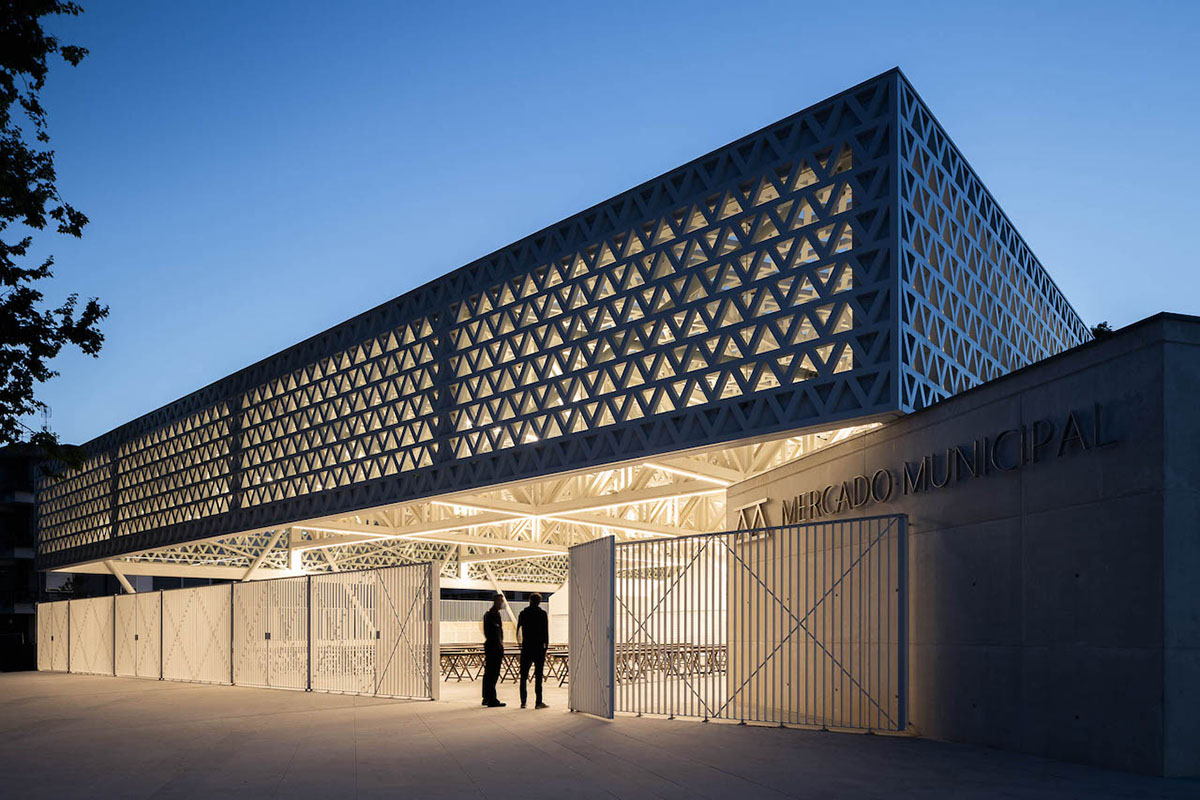 The courtyard, at a lower level, was supported by these buildings; interior spaces occupied by several commercial retail establishments in which meat, fish and fruit were sold. In addition to the new facilities in the program, the idea of a metal canopy that would ensure the ability to meet the permanent and seasonal market needs spearheaded the addition of a cleverly designed canopy to ensure the market can operate in all weather conditions and throughout the year guaranteed not only provision of shade and shelter but a welcome reference to the pre-existing triangular module of the turret. 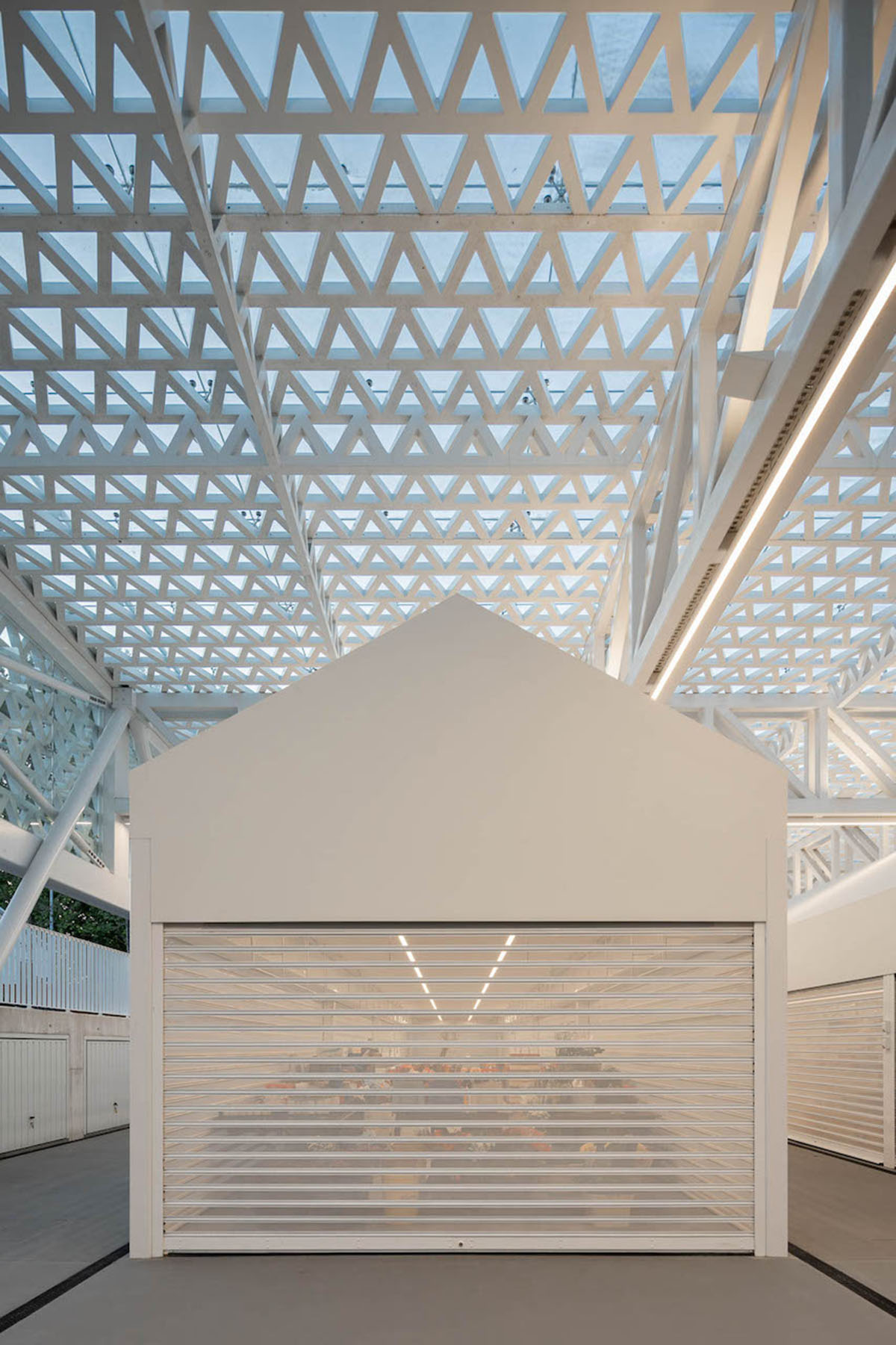 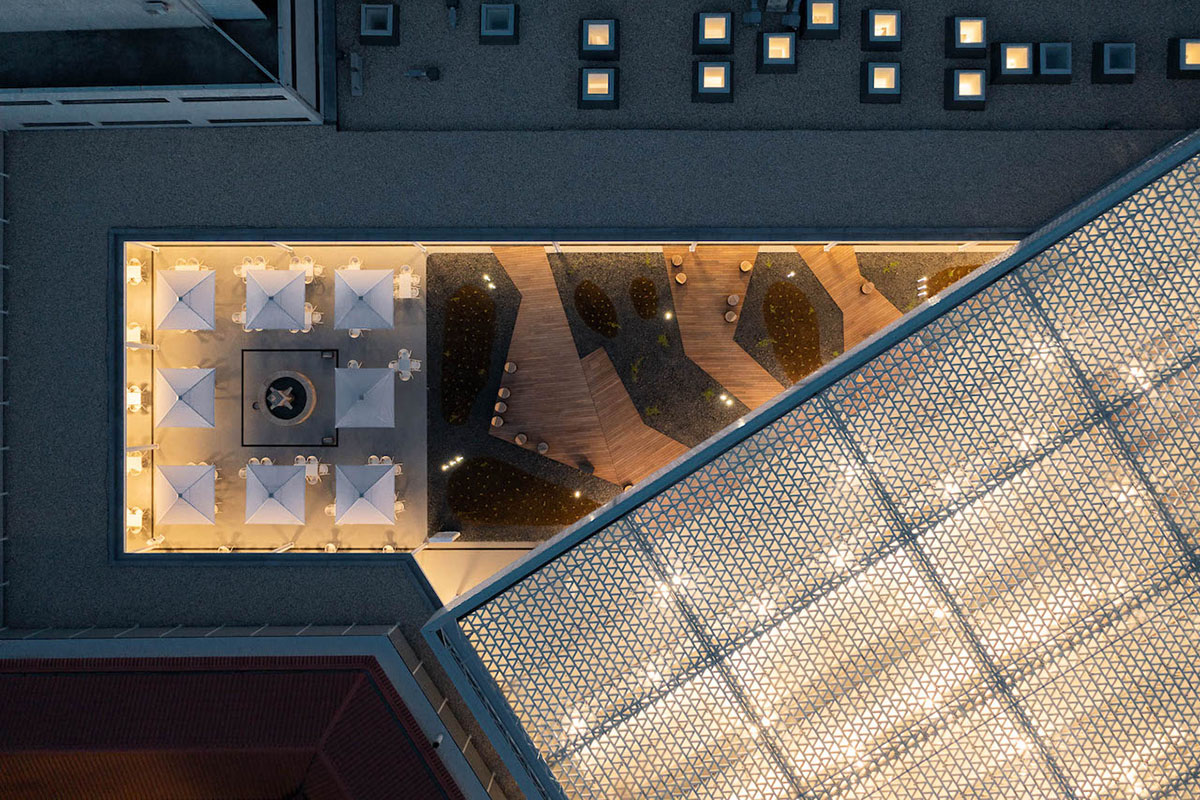 The design allows a greater integration to the neighbourhood opening up a new face into its surroundings. Within the covered area are new stalls for vendors including butchers, fishmongers and florists. These stalls take the form of gabled volumes featuring shutters that can be lowered to protect their contents when the market is closed. 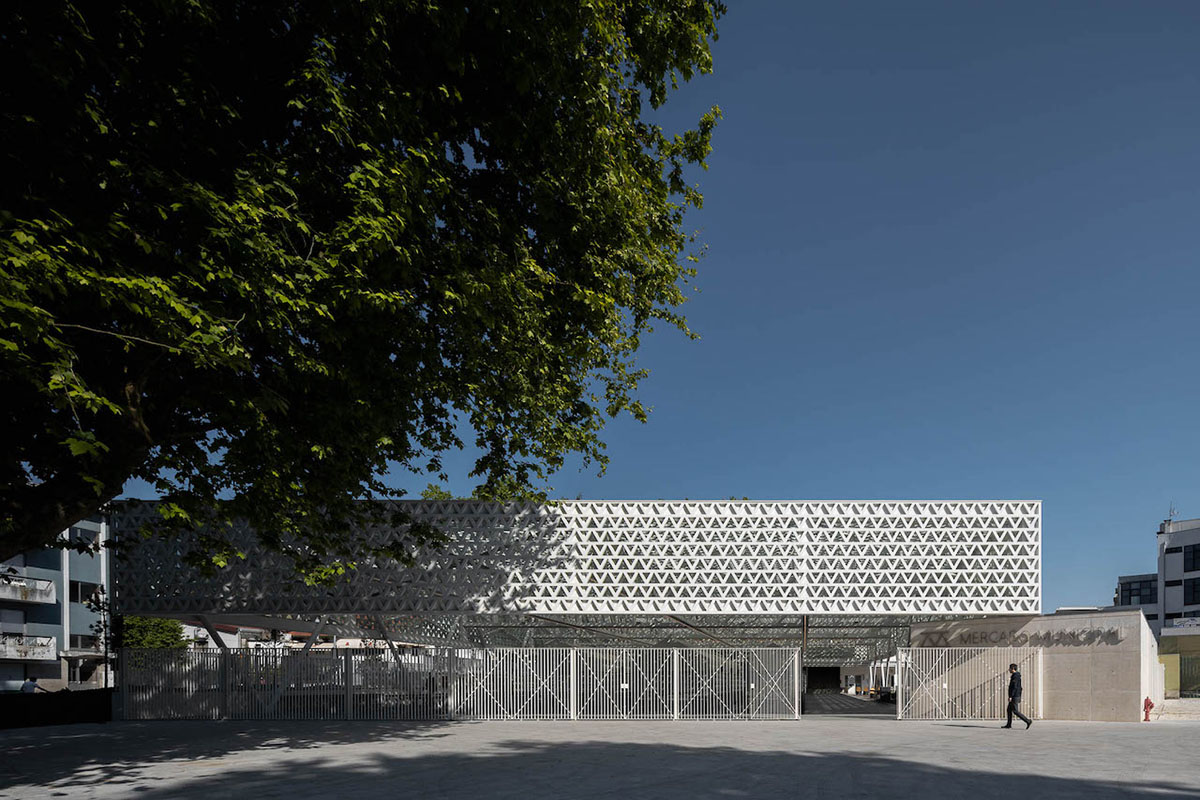 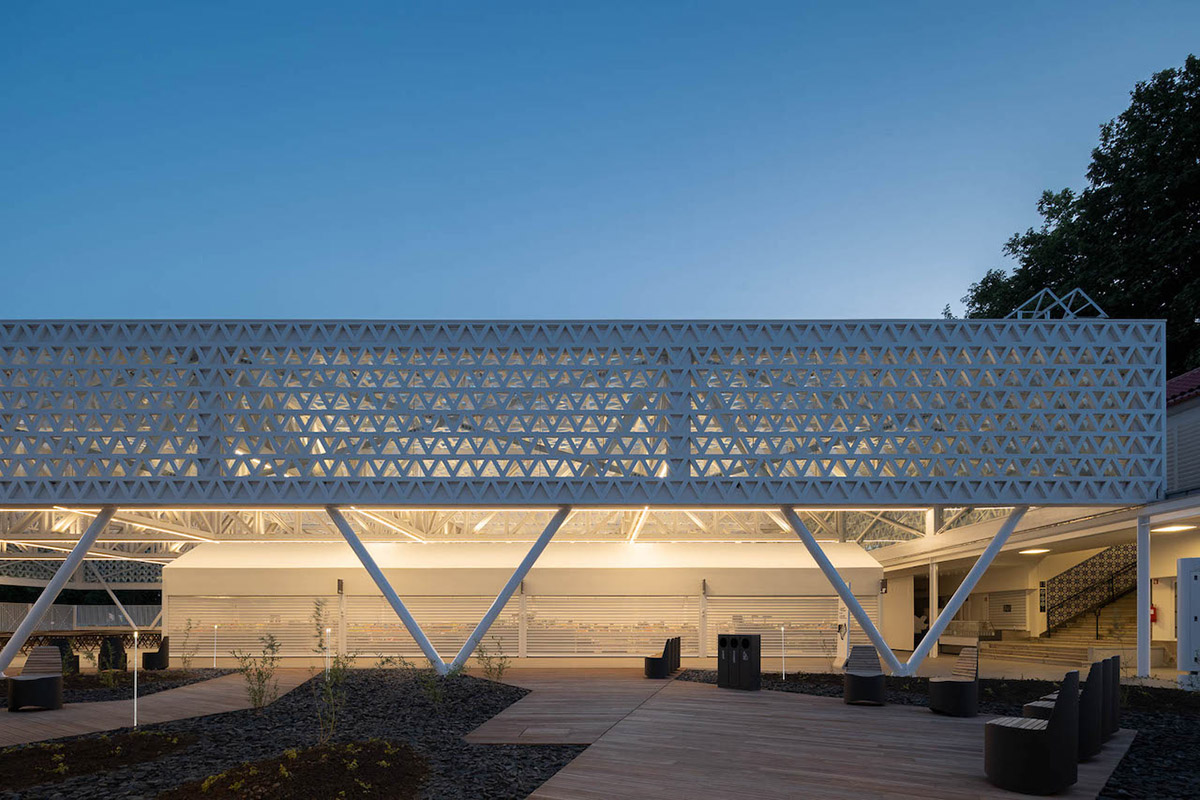 The courtyard can be reached through the original buildings to the north or from the public square to the west while stairs descend from these entrances to the courtyard positioned at a slightly lower level.

The canopy's triangular pattern was informed by the original market building, which includes a ring of openings incorporating screens made from tiles arranged in a geometric pattern. 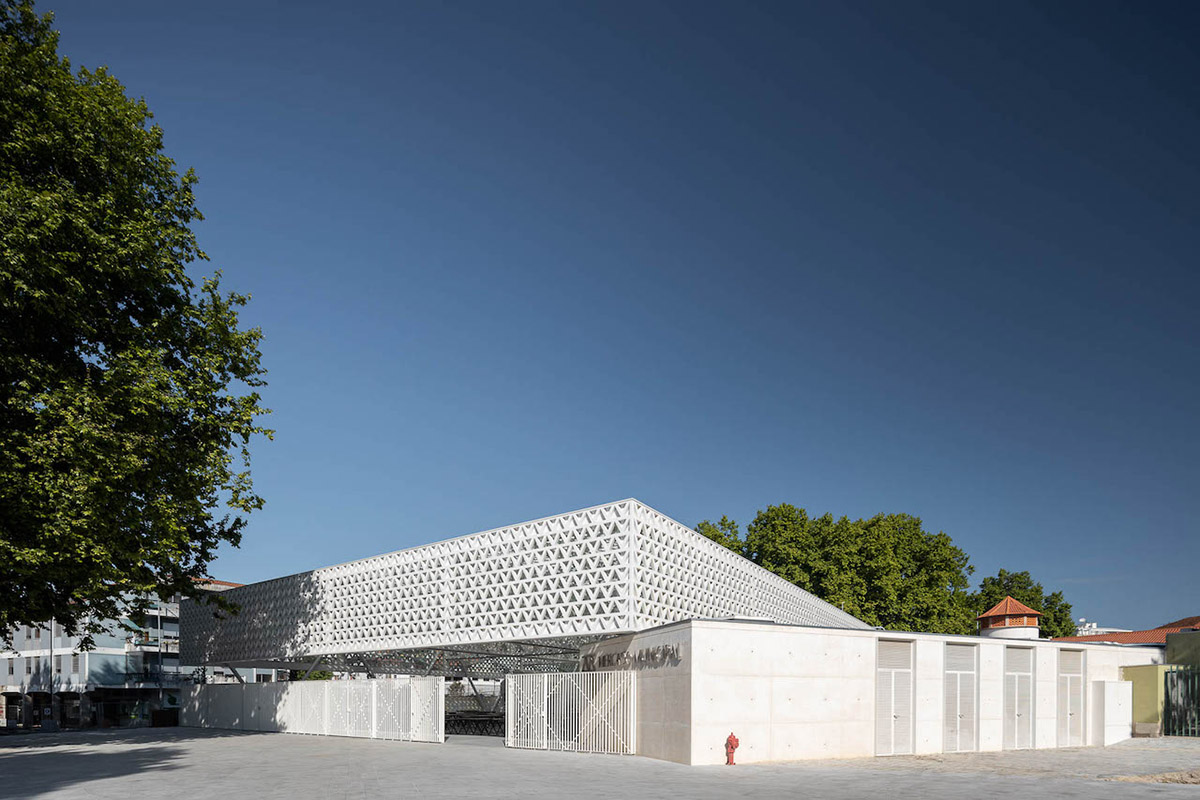 A framework comprising angled pillars and trusses supports the canopy, which is topped with glass panels that allow sunlight to penetrate through it. This design casts beautiful patterns of light and shadow on the surfaces below. 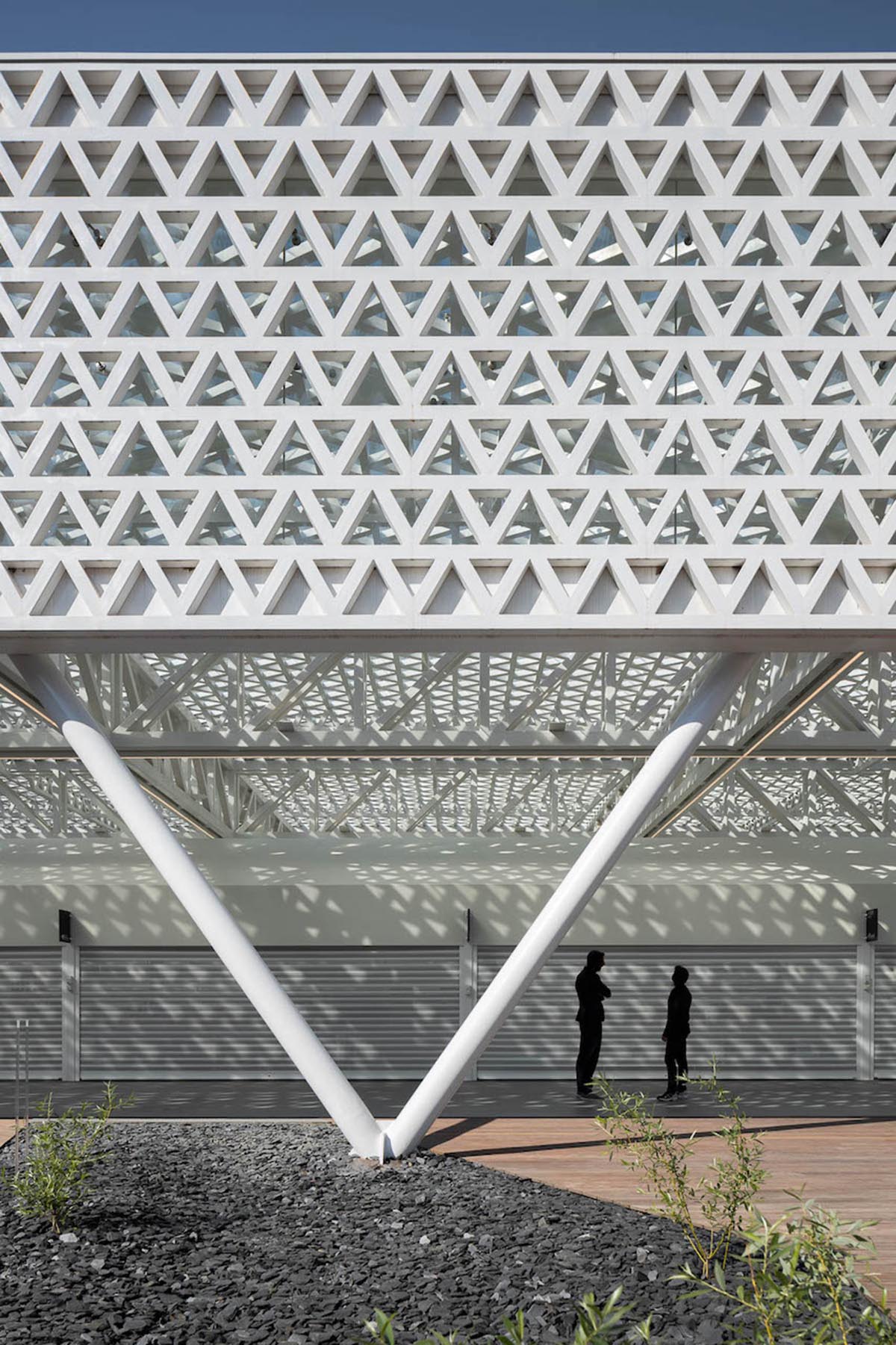 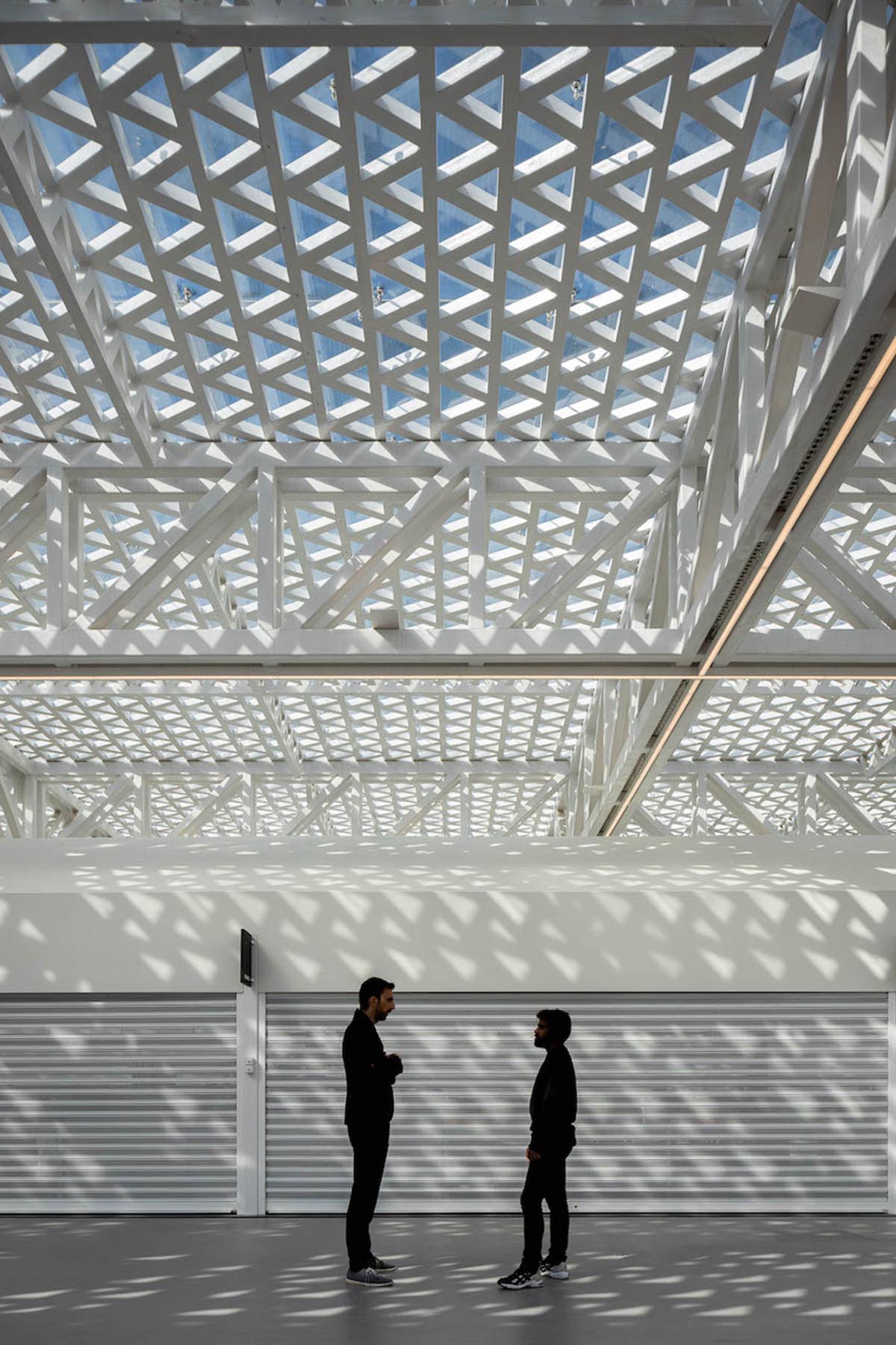 The triangular motif is also used for the market's branding, including the entrance sign. And, alongside the stalls and retail pods there are spaces for events like cooking shows and classes. 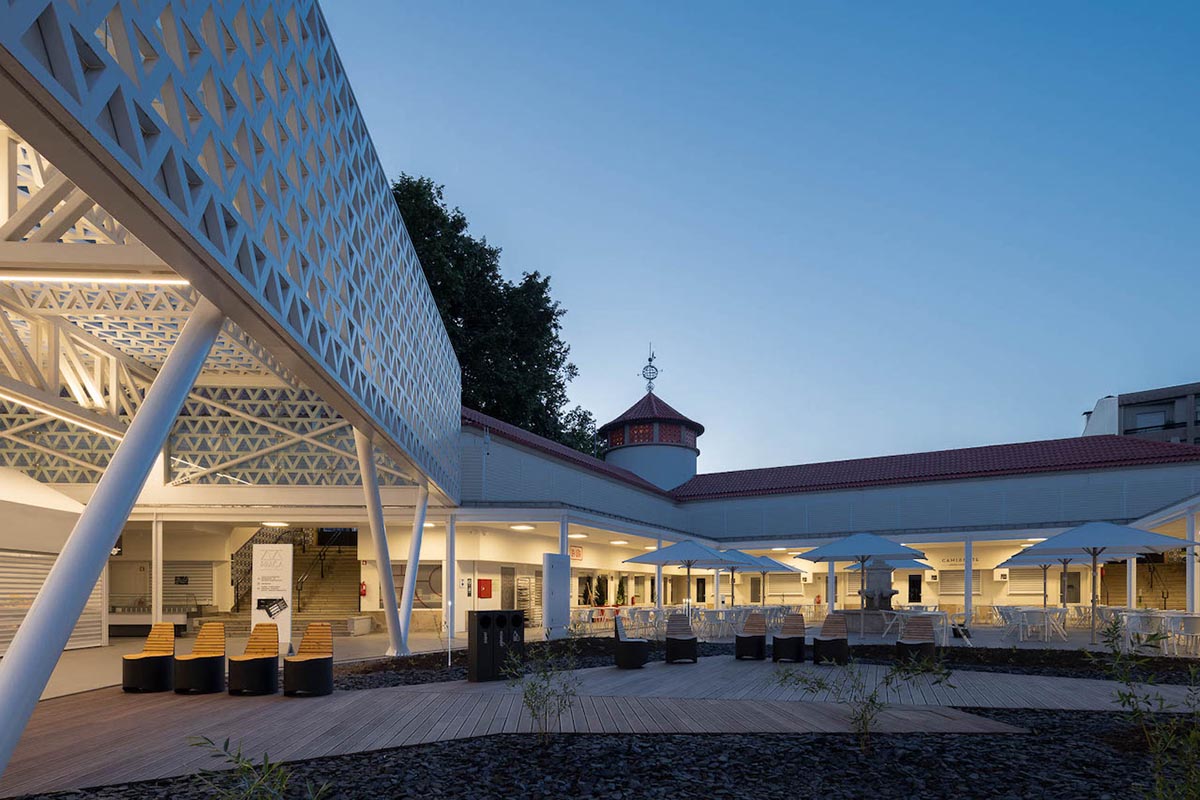 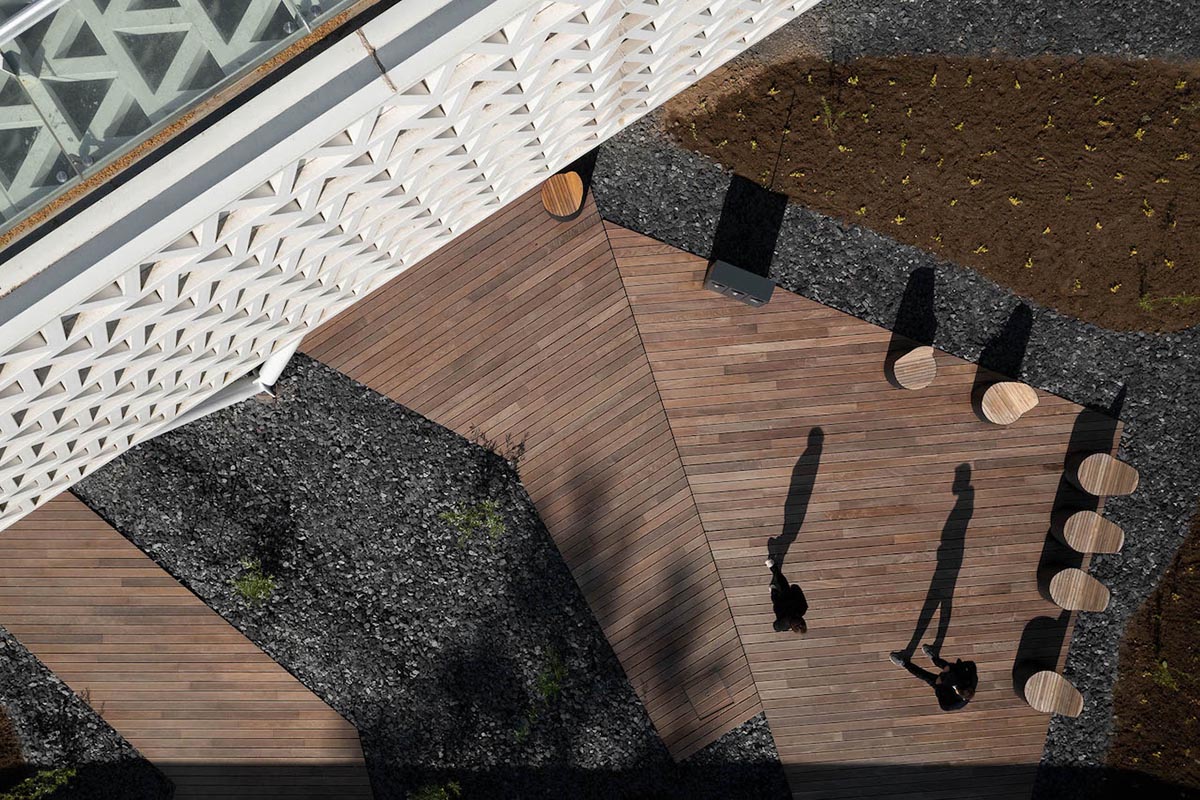 The municipality hopes the project will revitalise the neighbourhood by creating the feeling of a lively plaza where people will gather and spend time, rather than just passing through to pick up their groceries and now cafes and restaurants started to operate from permanent premises connected to covered outdoor terraces. 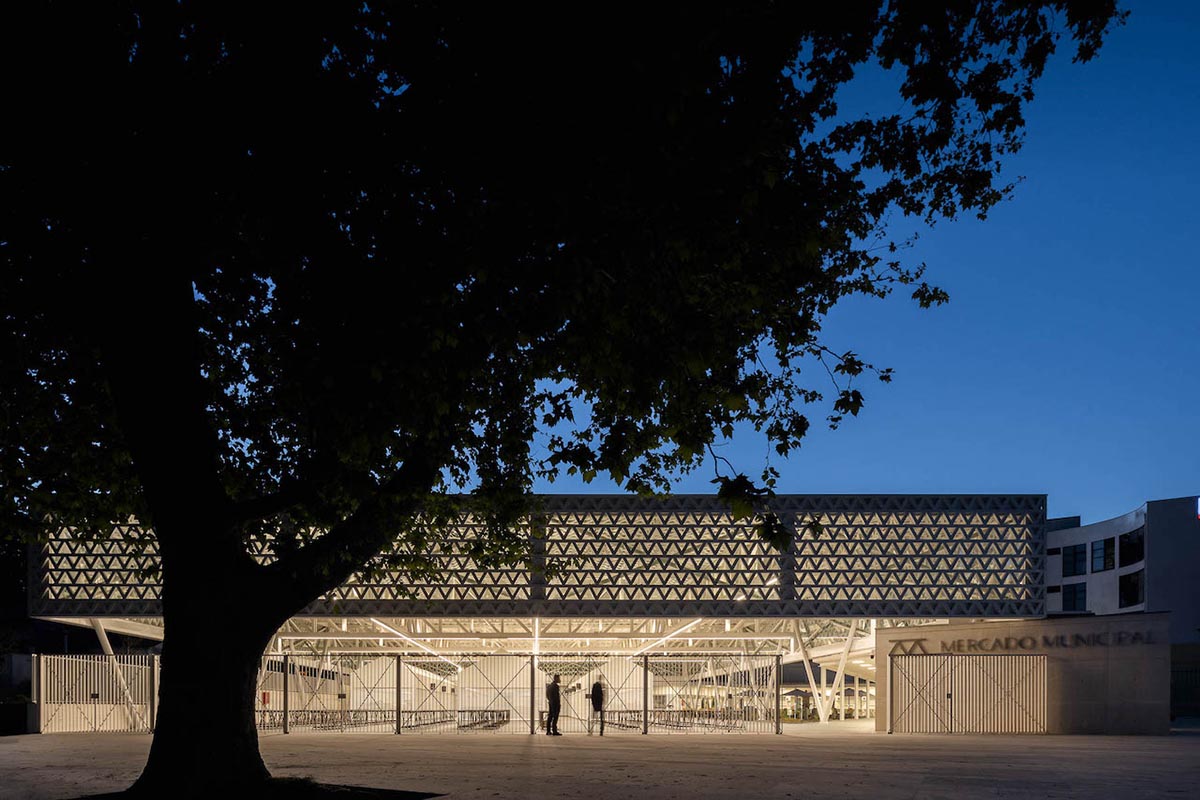