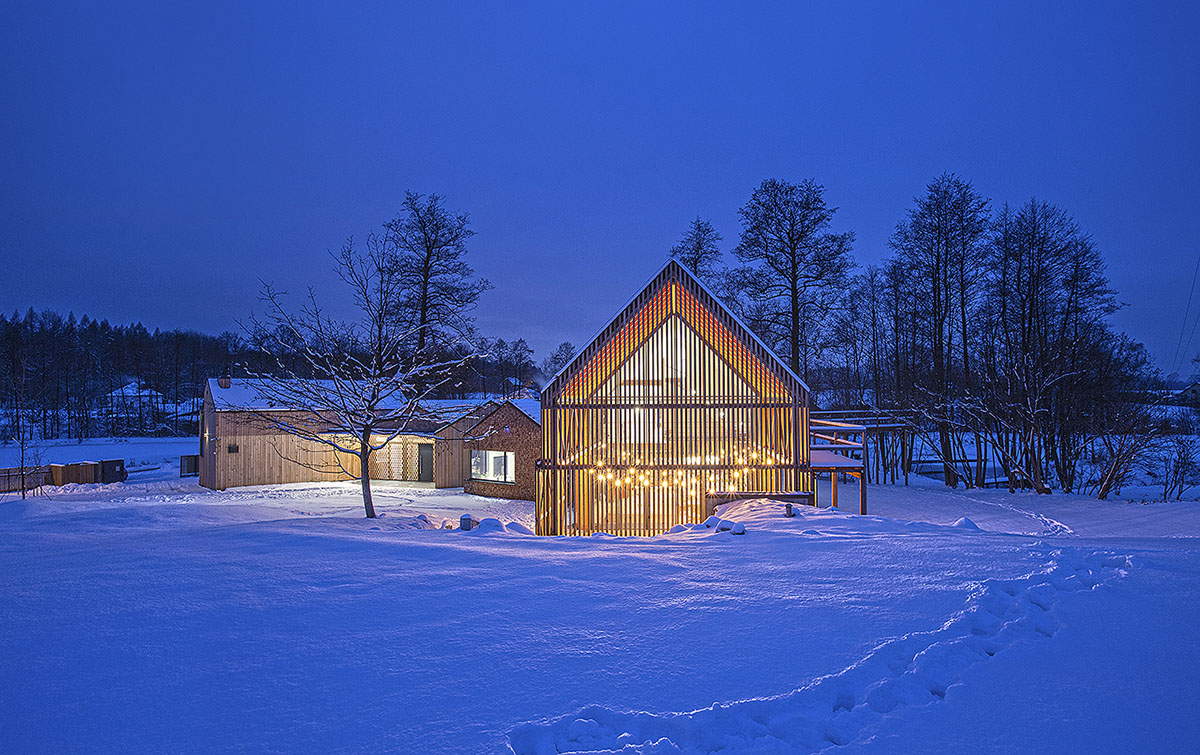 Polish architecture studio BXB Studio has completed a transformation of 100-year-old homestead into a guesthouse and a family house with five intersecting volumes.

Called Polish Farmhouse, the project, situated on a hilly site in Poland, became a fairy-tale-like of an architectural film, titled ArchiPaper: A Surrealist Story About Architecture, synthesizing of visual arts and architecture.

The film, telling the design story of the house comprising a set of paper-cut models visualized by Rafal Barnas, has received dozens of awards at 14 international festivals, including New York, Madrid, Toronto and Berlin. The film can be watched below.

BXB Studio explains that ArchiPaper is about the architect’s experimental story about architecture. "This is an attempt to find new stylistic devices for this particular art form," the studio added.

"The basis and starting point of the study was a model of the house designed by BXB Studio."

Later, the photographed model was transformed into a vibrant image, creating an unhurried, surreal story, immersed in an abstract world and constructed entirely from paper elements.

"The starting point for the animation was curiosity: And what would happen if we transformed the model into a vibrant paper world? - I found the task all the more fascinating as I myself feel enthusiastic about searching for and experimenting with various stylistic devices. I also wished to prove myself in a role of a beginner composer," said Rafal Barnas, Unique Vision Studio.

"Another issue that pushed me towards the implementation of the concept of ArchiPaper was the fact that we are on the eve of the revolution in visual arts."

"Fotorealism is already reachable now and in a short while it will also be very easy to implement and cheap in the terms of borne costs. When it happens, and it will certainly happen sooner than later, there will be a sharp turn in the search for new means of expression in case of telling the story through image and sound," he added. 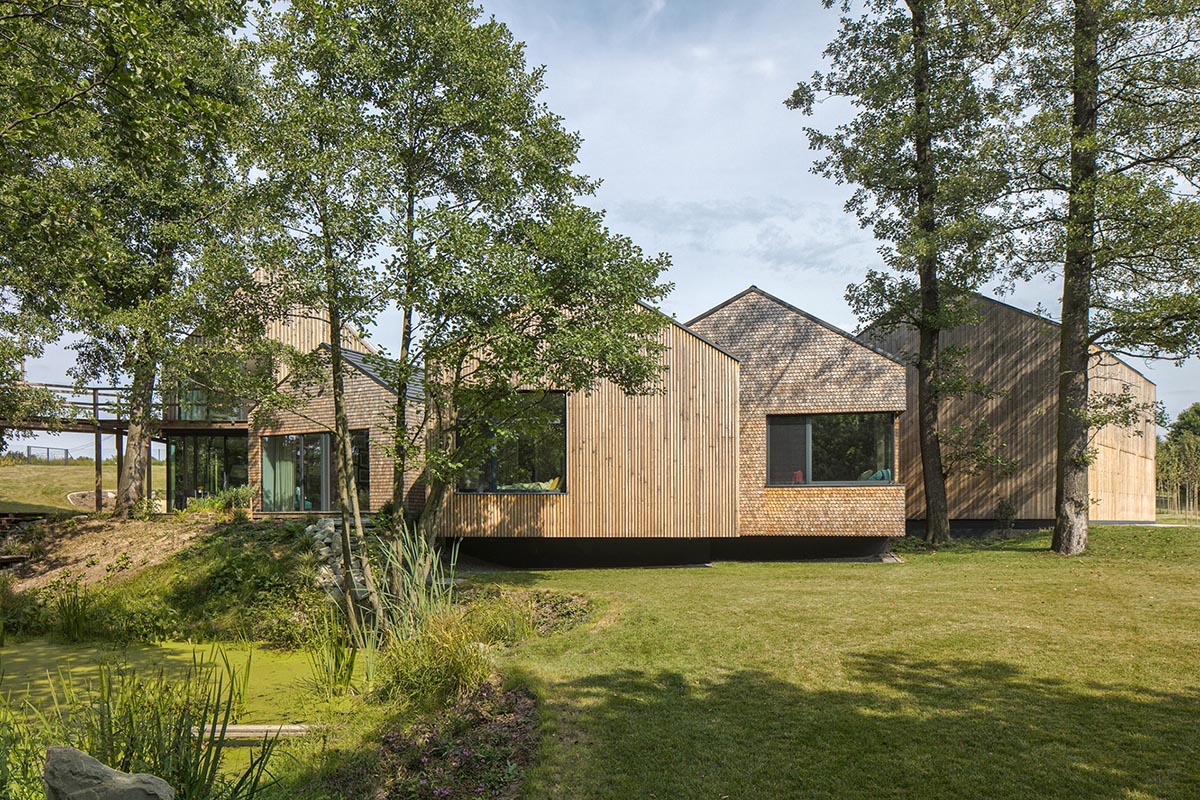 The Farmhouse comprises a creative transformation of a historical homestead into a modern residential manor. The studio replaced the five outbuildings with five permeating Polish barns, creating a highly dynamic space.

The seemingly random scattered solids were carefully defined by the surrounding landscape, the position of the sun and the function of the building.

The house is a well-balanced architectural composition, corresponding with the surrounding landscape allowing the building to be ecological and energy efficient and providing a human connection to nature. 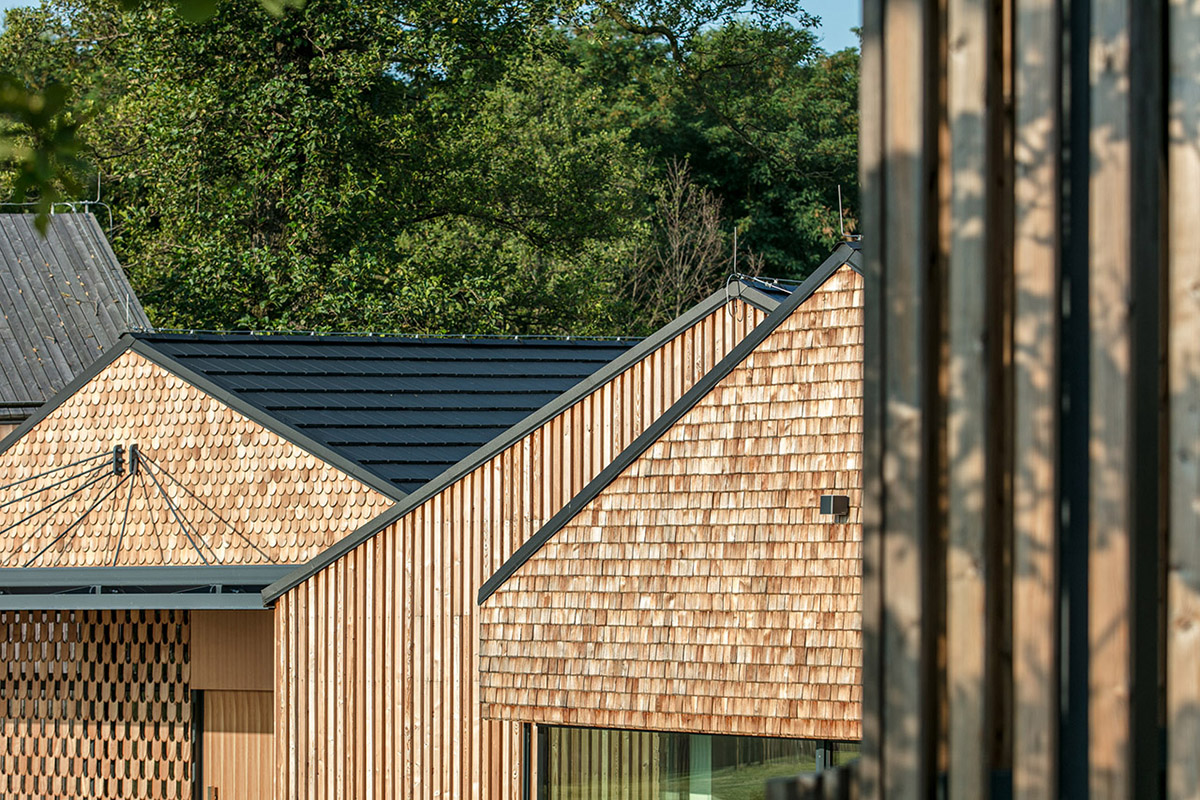 "From the very beginning when I started laying out the design of the house on the foundations of the old homestead, I knew that I had an obligation to create something special," said Boguslaw Barnas, the founder of BXB Studio.

"The design needed to reflect and further enhance the existing space that existed in that place for many years."

"It was not only about a contemporary building, but a uniquely balanced space – one which would be the synthesis of the local tradition, outstanding landscape and function. This is how The Farmhouse was created," Barnas added. 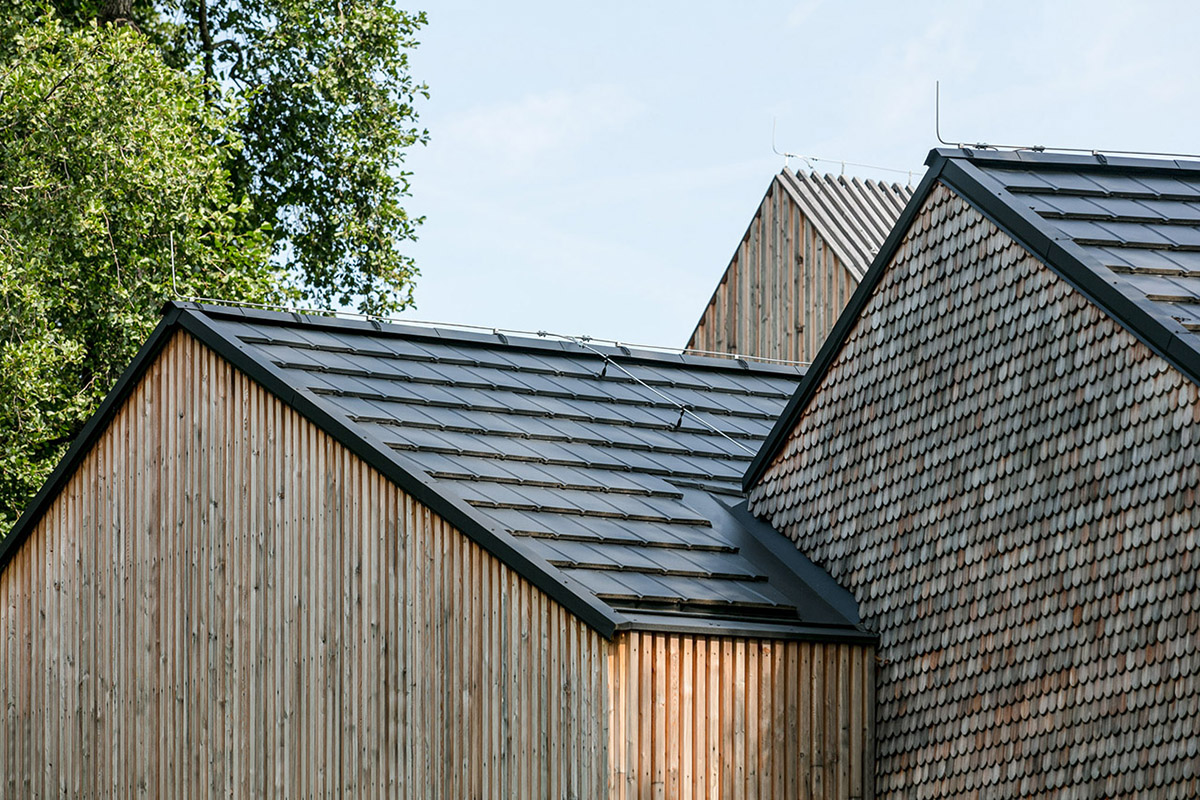 Polish Farmhouse is divided into five separate volumes. On one side, the scheme includes a courtyard together with an existing, historical house, over 100 years old, while on the opposite side these barns open up onto a beautiful landscape. The old house is used for a party or hobby place and can serve as a house for guests.

Barn no.1 is located at the entrance of the property and there is a garage with a gym above. The studio aimed to achieve a stunning effect by using only wood as the construction and finishing material.

It is a barn that has a scent of wood and creates a new dimension of garage space. The barn is intended to provide the user with an authentic experience of an adventure consisting of entering a spectacular wooden space of a rural barn. 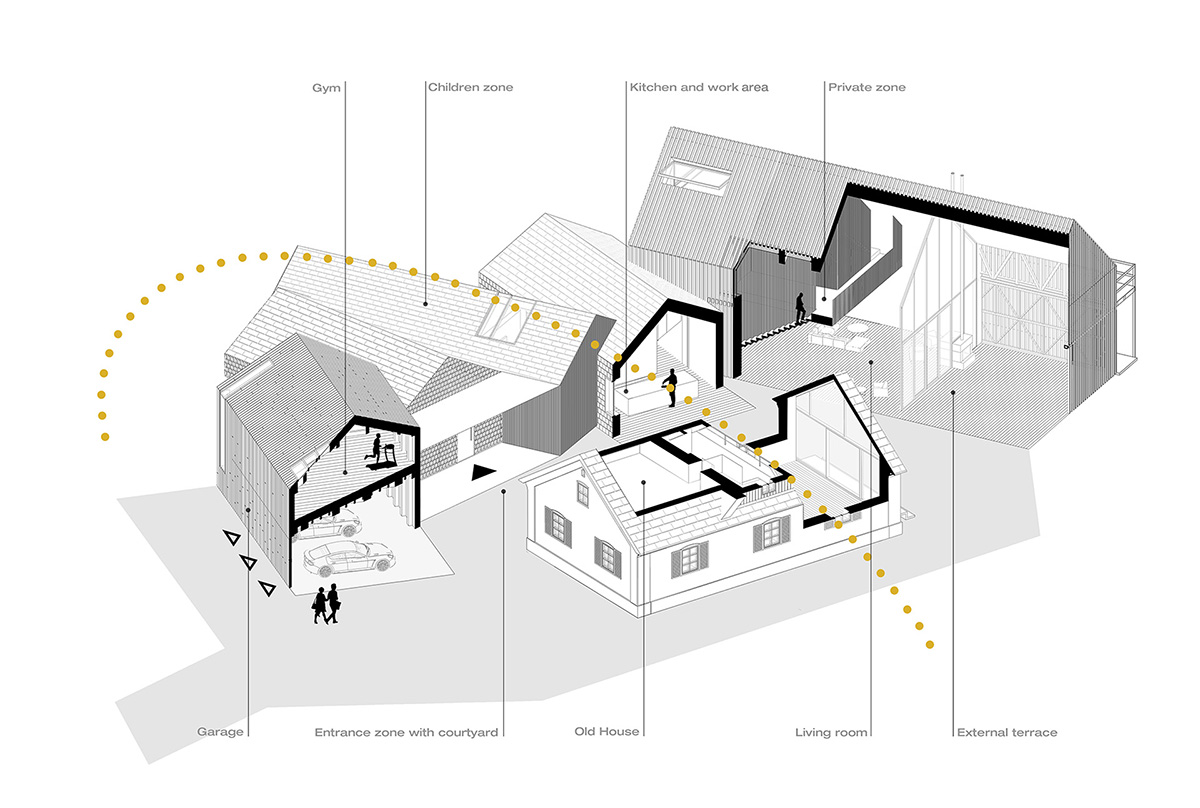 The entrance to the residence is placed in Barn no.2, which opens up with a glass facade to the adjacent courtyard and the Old House opposite.

The glass facade has an openwork wooden translucent curtain in front of it, which relates to the original ornamental feature that decorates the entrance of the Old House. 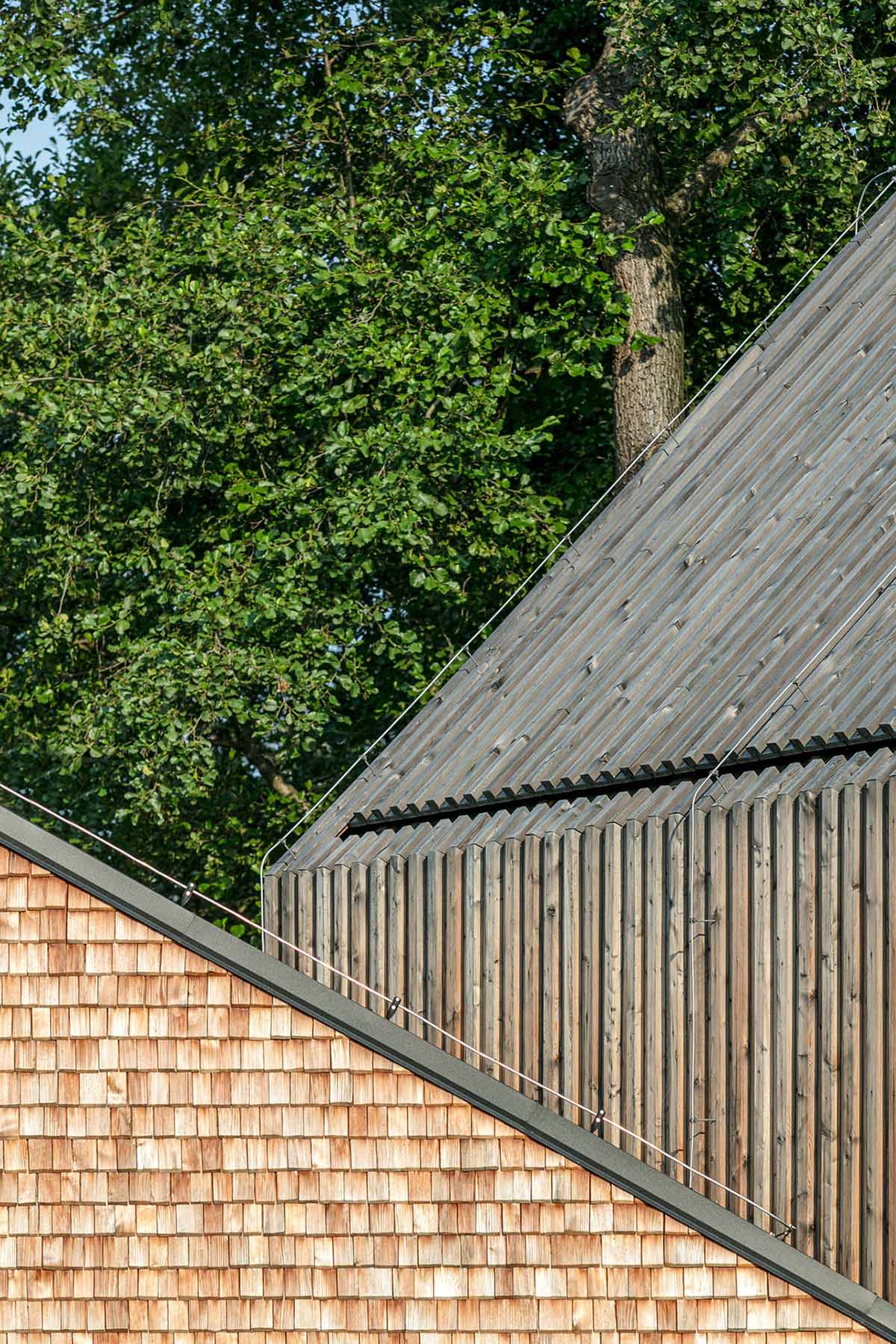 Barn no.3 is dedicated to children's zone and the centrally located main hall. Barn no.4 consists of a kitchen that opens out to the courtyard and it also includes two study rooms located on the opposite side facing dense greenery and a pond.

Barn no.5 is a two-level living space which opens up to the surrounding landscape, courtyard and the covered fireplace terrace. 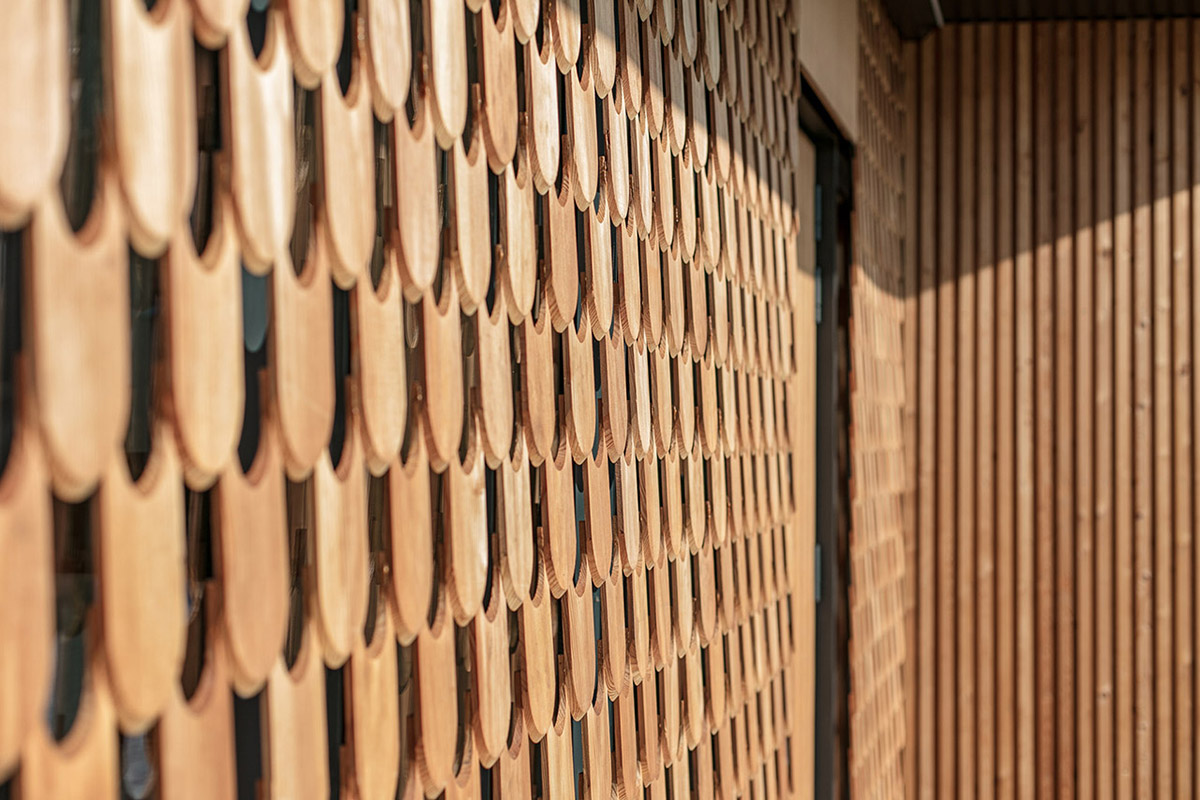 The entire glazed facade of the living room opens out to the openworks structure of a wooden, external terrace equipped with sliding external wall panels.

The studio followed the original positions of the dismantled wooden barn to relocate these barns. On the first floor there is a private bedroom with a pier attached, which leads to lakes and trees. With the attic the architects have created a small, intimate, private space.

"We have enhanced the entrance with a new roof, relating to the original wooden ornamentation of the historic facade. In the interiors of the house we unveiled the original building material - red brick to bring out it’s natural beauty."

"The reconstructed tiled heating stove is displayed in the main, two-level space covered with a wooden roof. What distinguishes this house is the lack of the fourth façade in the traditional manner," added the studio. 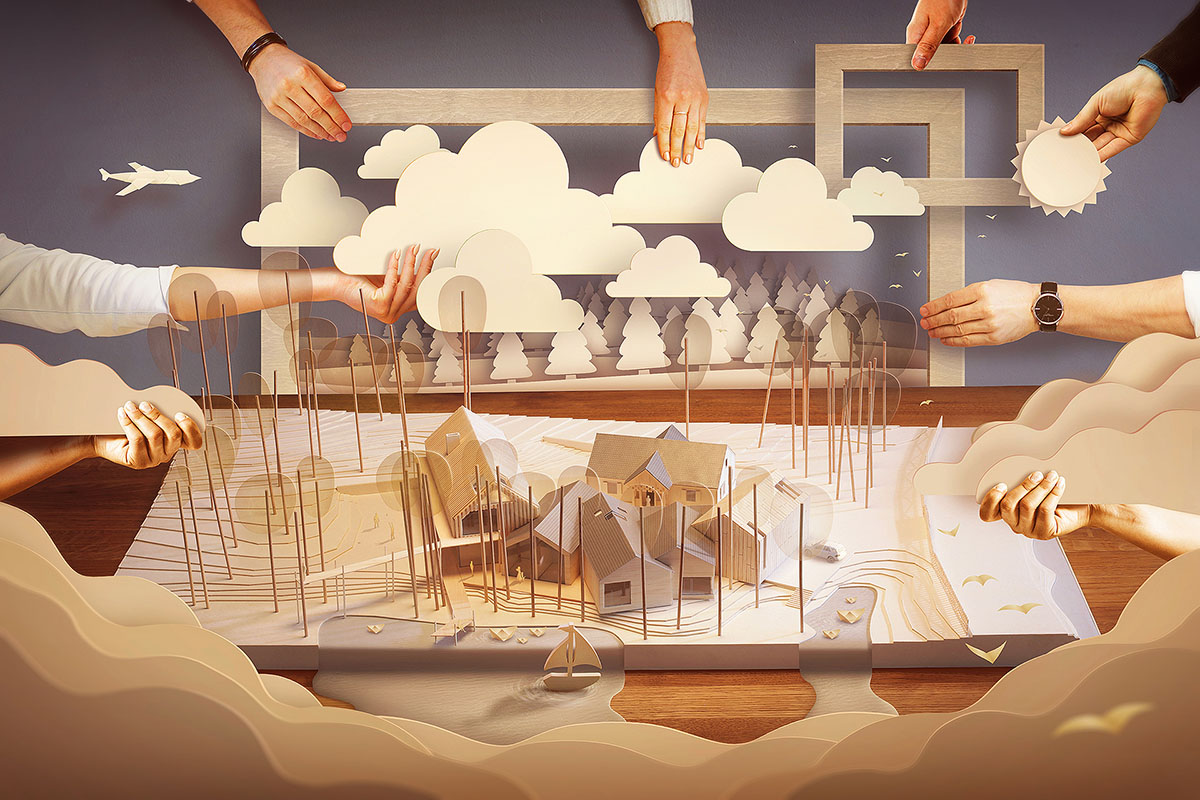 The fully glazed wall allows the structure of the house to be exposed to the outside and towards the fireplace terrace of Barn no.5. The Old House is surrounded with colourful plants and flowers characteristic of this type of rural, historical building. 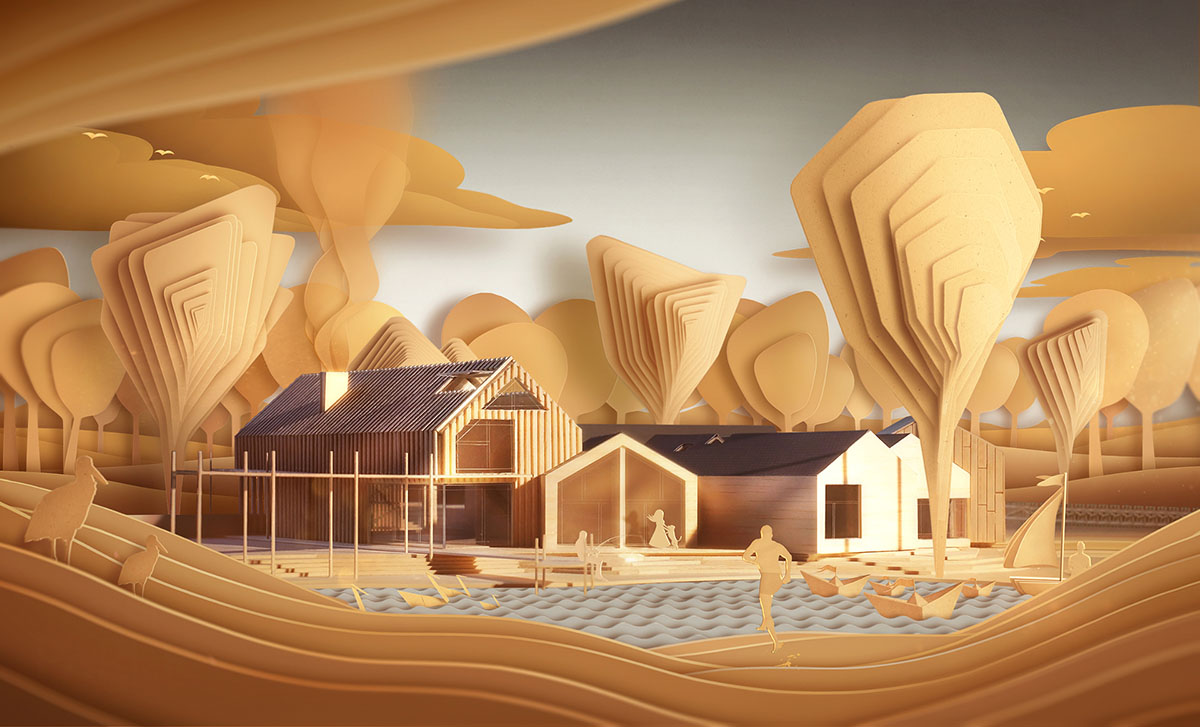 "The Farmhouse project was created  simultaneously on a piece of paper, with a computer model and a physical model that evolved in our model shop. Thanks to all this, we have fully exercised the possibilities of perception and creation of space. First we created several sketch models depicting possible conceptual variants of building development and the a model of an existing site," continued the architect. 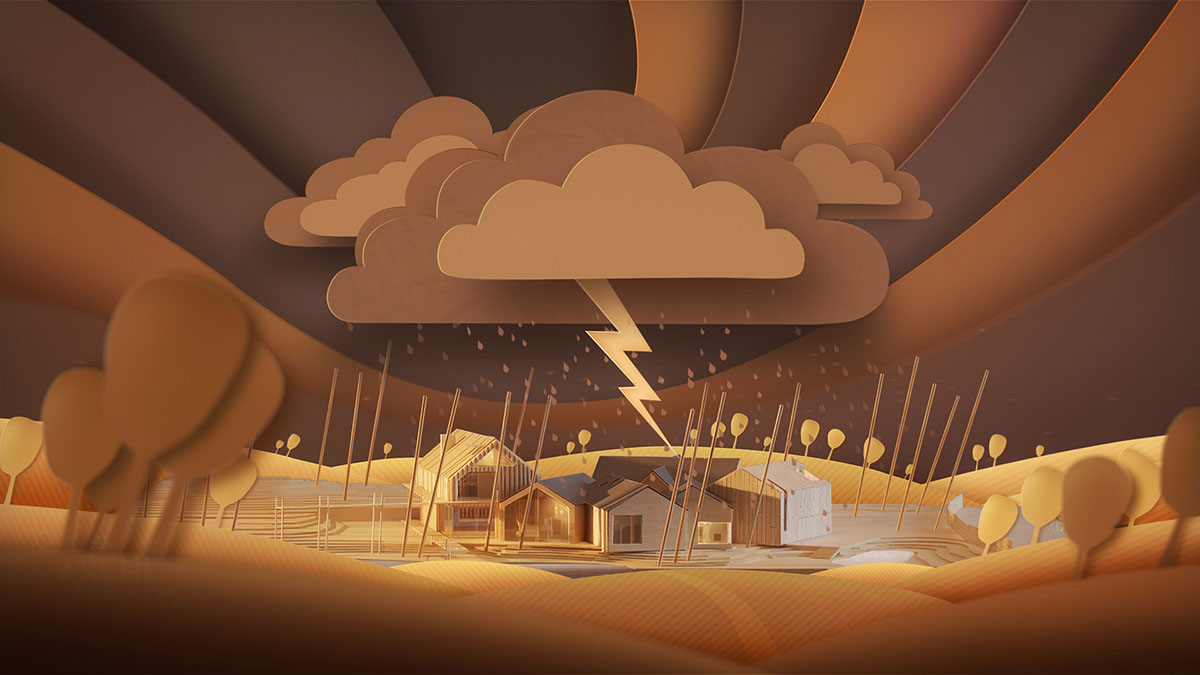 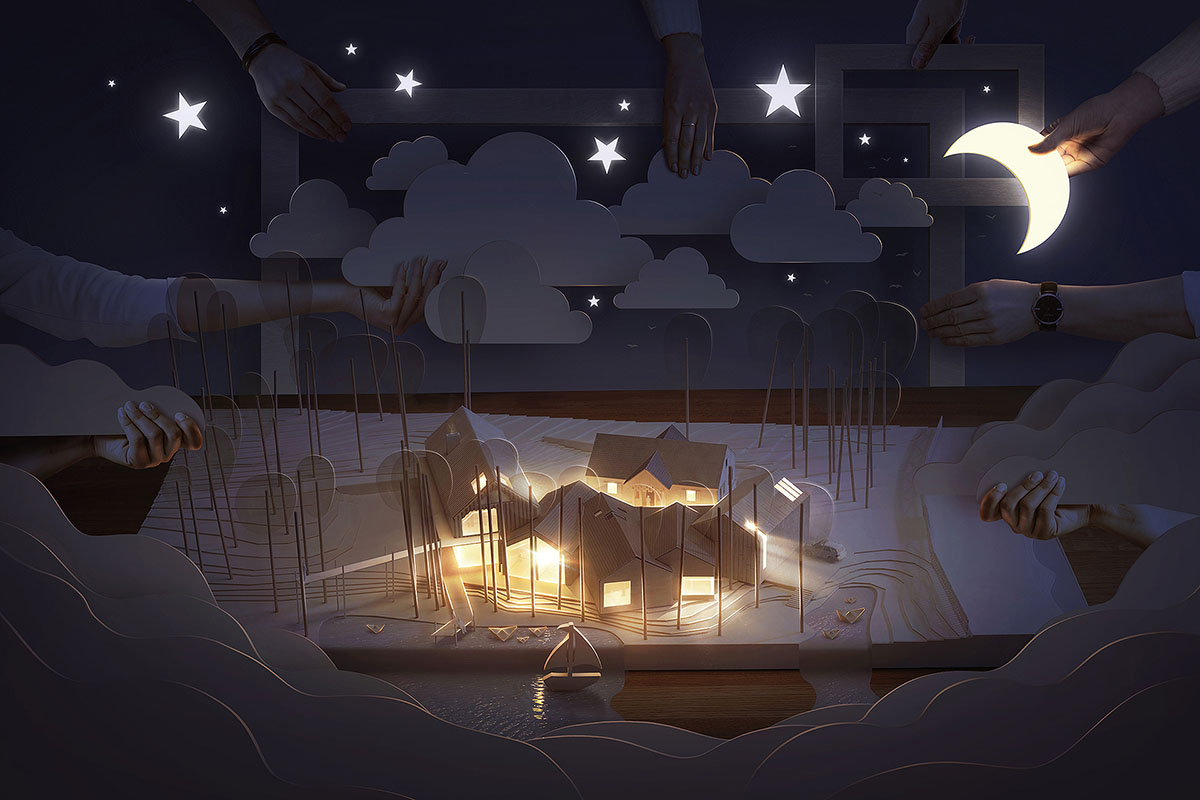 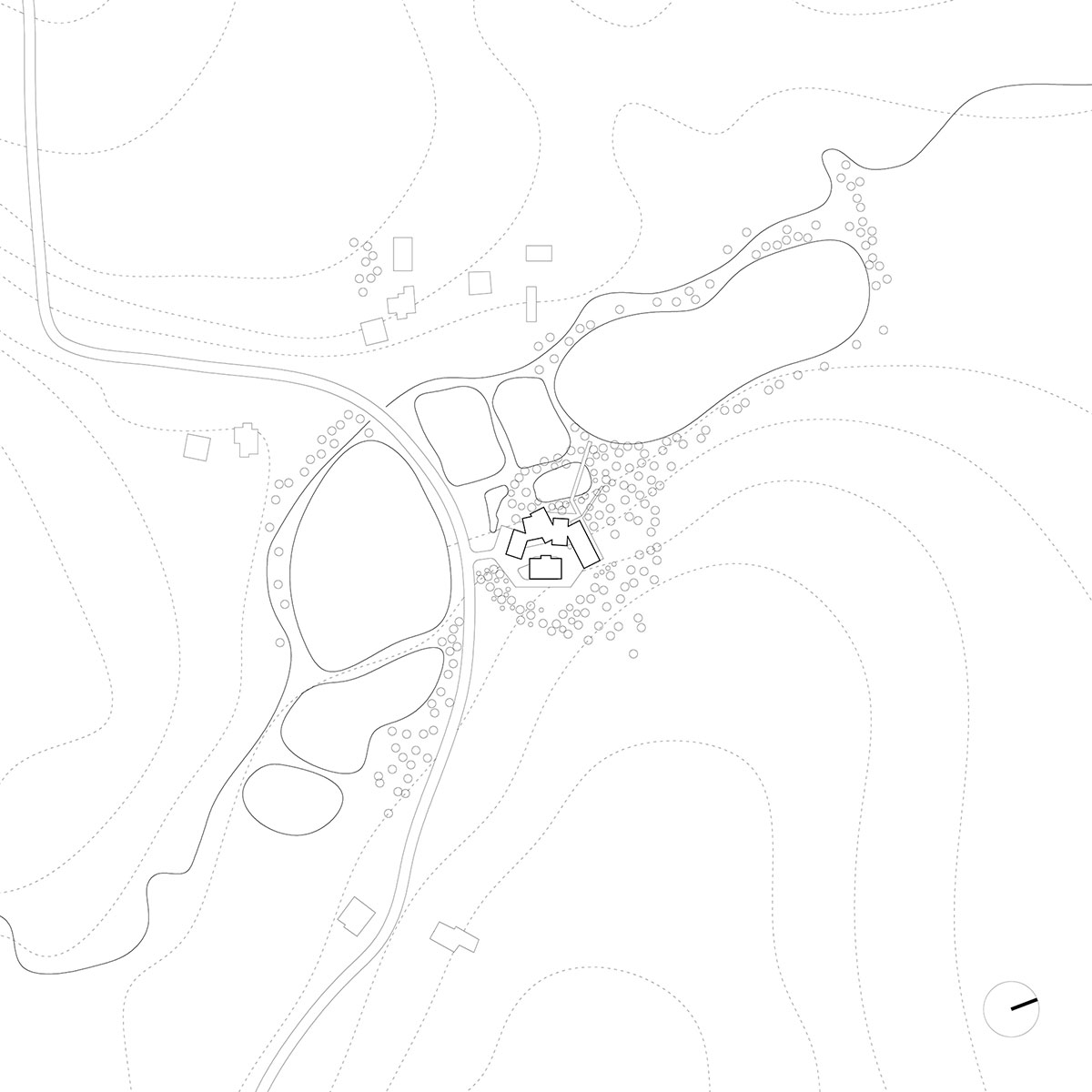 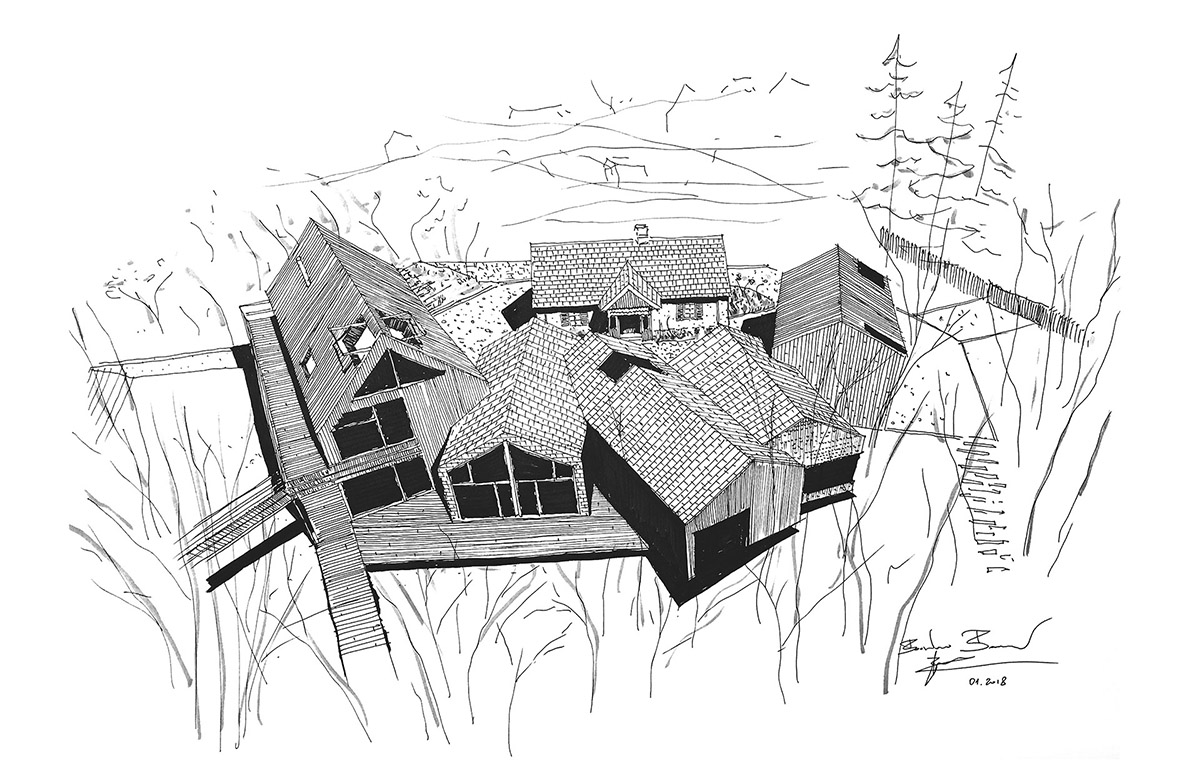 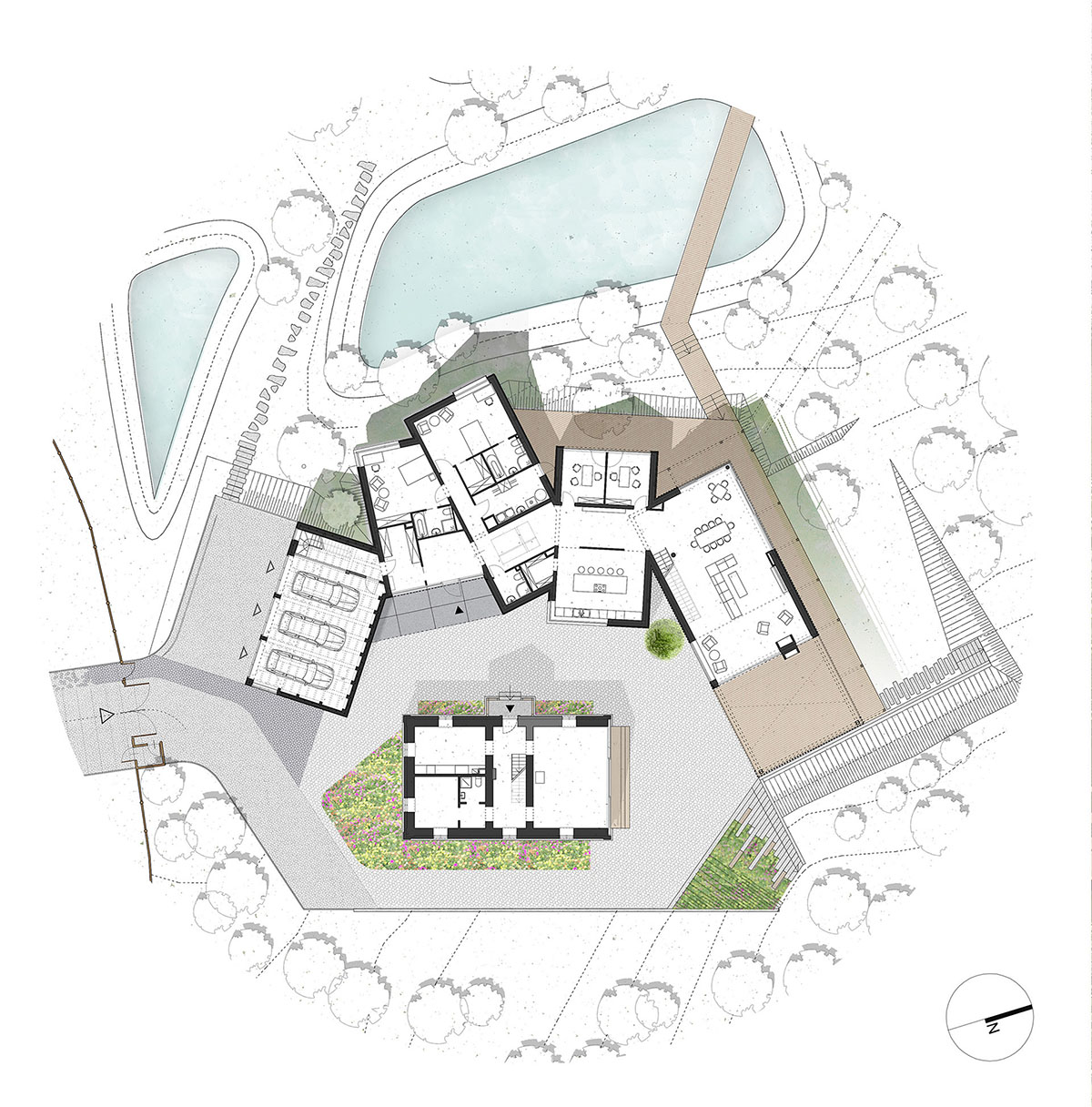 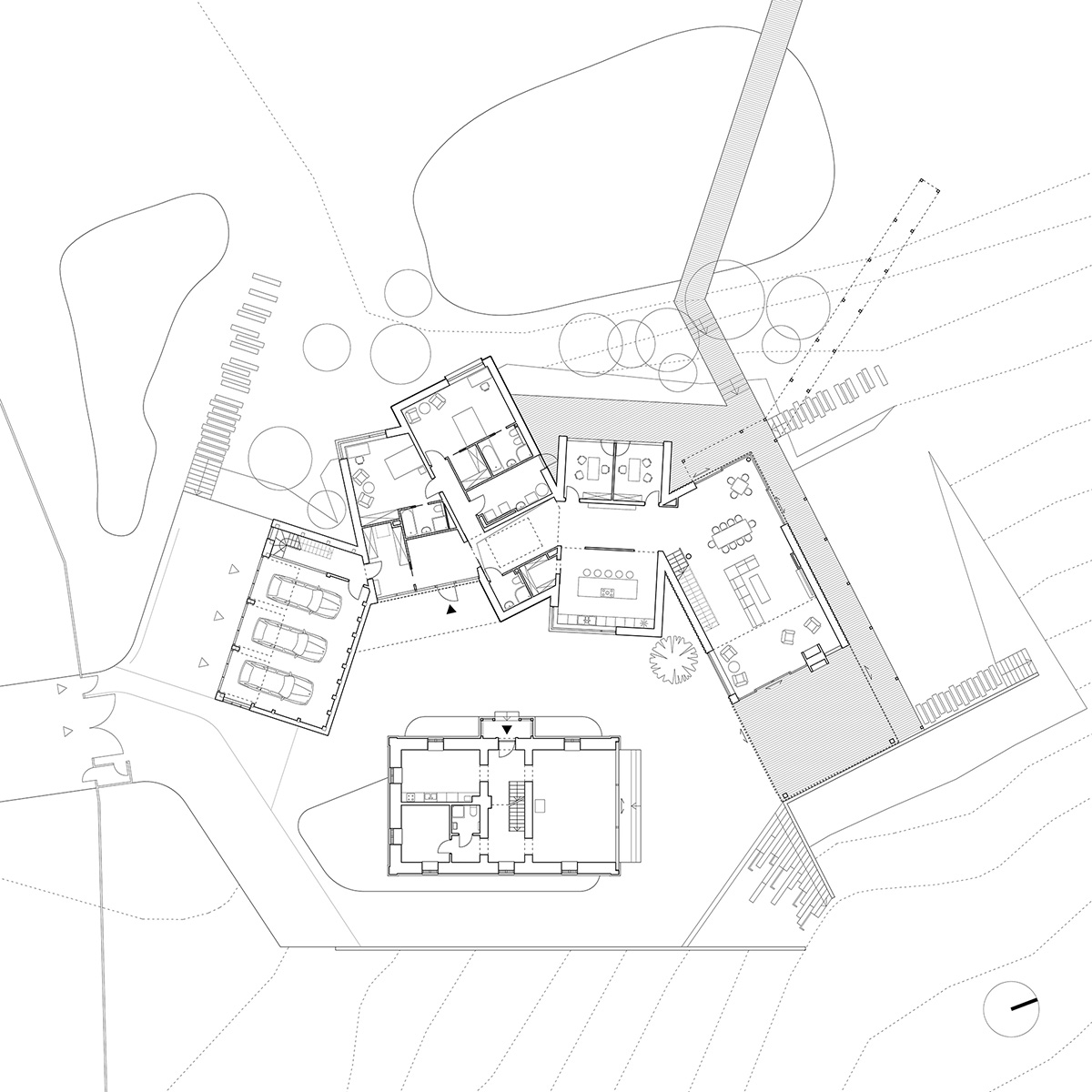 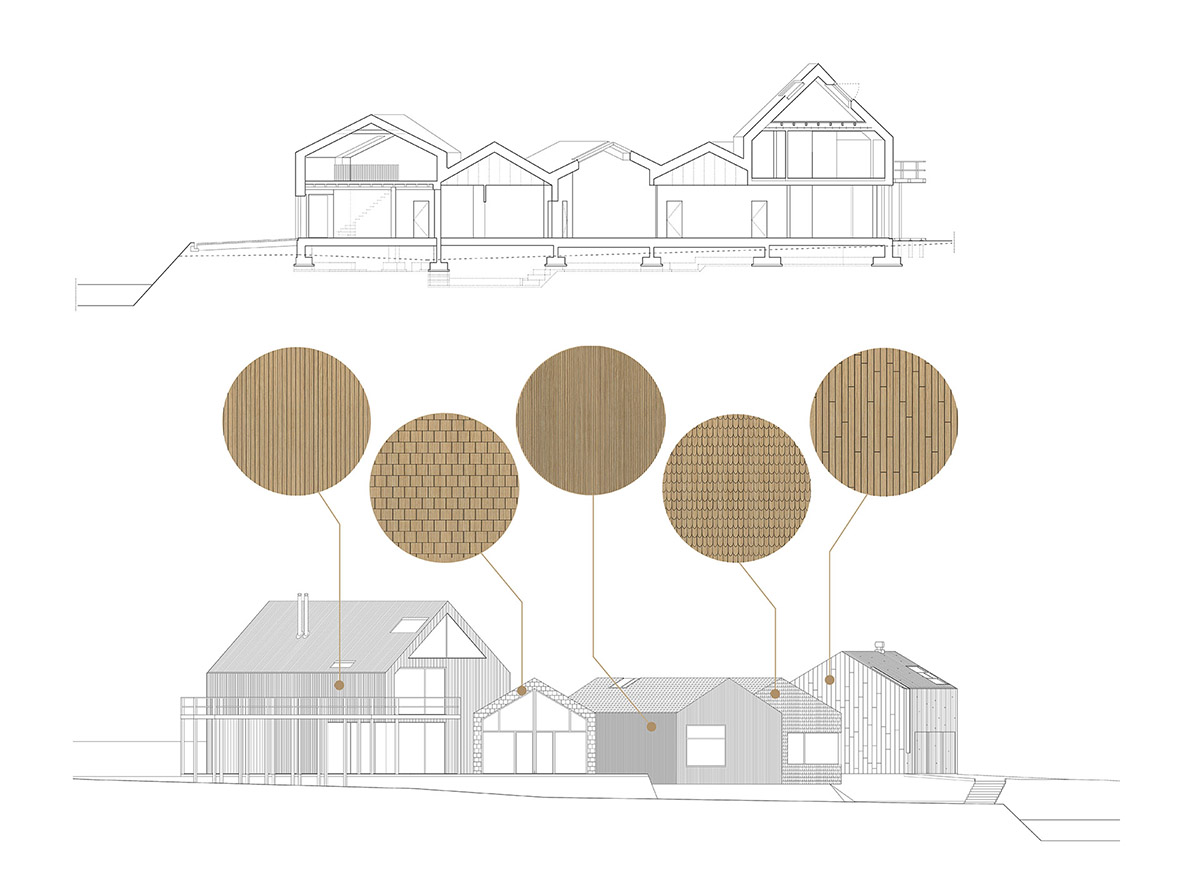 BXB Studio first revealed conceptual design for Polish Farmhouse in 2019, and completed in 2020.

All images courtesy of BXB Studio unless otherwise stated.