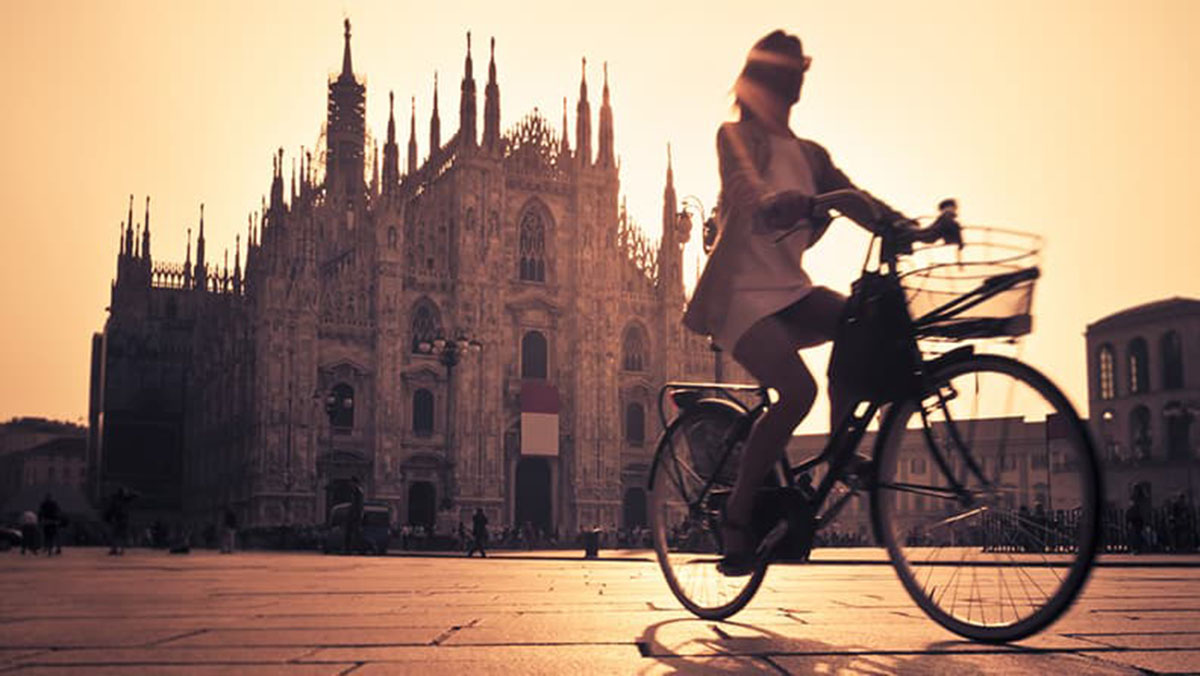 Milan has introduced Cambio project, a network of 750-km super-cycle corridors which will be integrated to the city's infrastructure for more environmental protection, safety, economic development and general well-being.

Called Cambio, the plans were approved by the Metropolitan Council of Milan on 30 November, 2021 and the new network will implement new "super-cycle corridors" connecting them with the city's existing cycle paths.

Described as a new ecosystem for mobility, the new network will integrate all 133 municipalities in the city's territory in closer connection, with its wider metropolitan area. 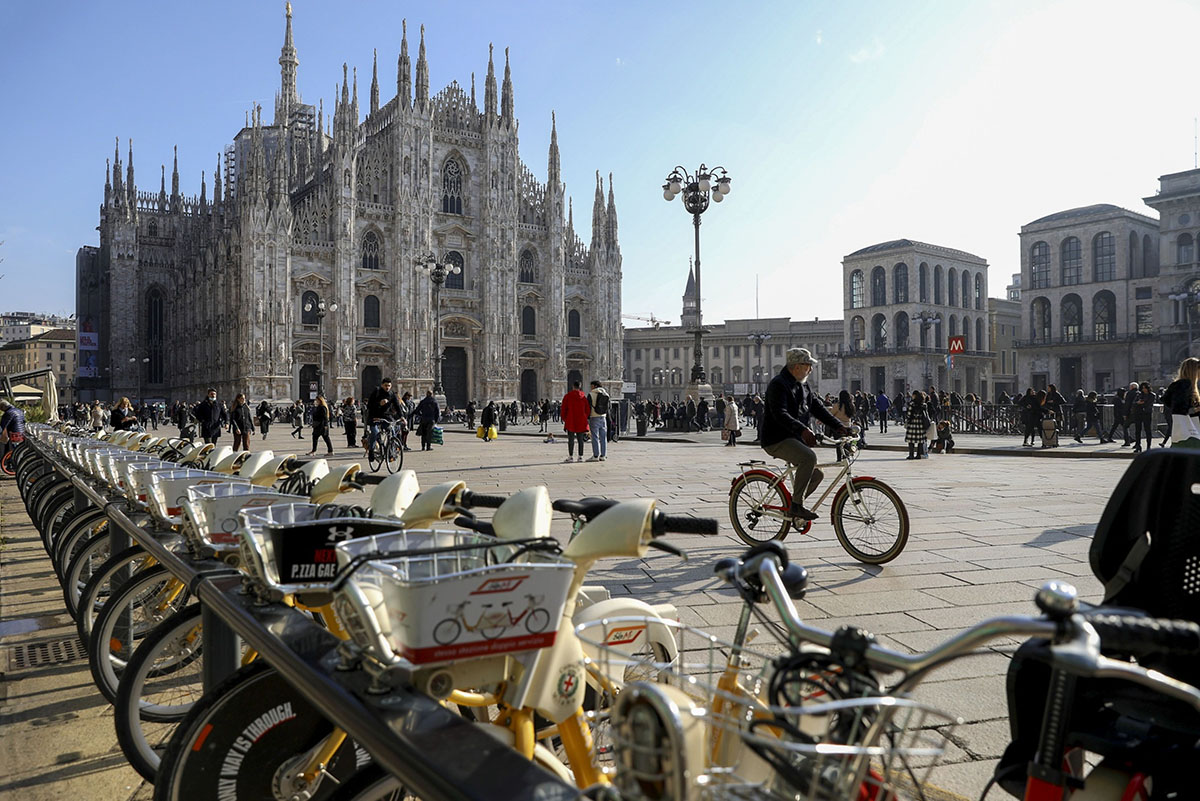 The plans are developed as a system project that prioritizes cycling as a driving force for development that integrates environmental protection, safety, economic development and general well-being.

Thanks to the infrastructural upgrade, the project identifies super-cycle corridors at the metropolitan level and integrates them with municipal cycle paths, to facilitate their use.

Once the project is complete, it will connect 80 per cent of the services of the city, such as schools, businesses, hospitals, interchanges with the local public transport network - which are located within 1km of a bike route, in order to offer extended territorial coverage.

Set to be completed in 2035 with €250-million investment, the network will include 24 cycle lines: in particular, 4 circular lines and 16 radial lines, with the great novelty of 4 greenways, super fast lines that cross the territory from North to South and from East to West. The network will reach a total of 750 km of infrastructure. 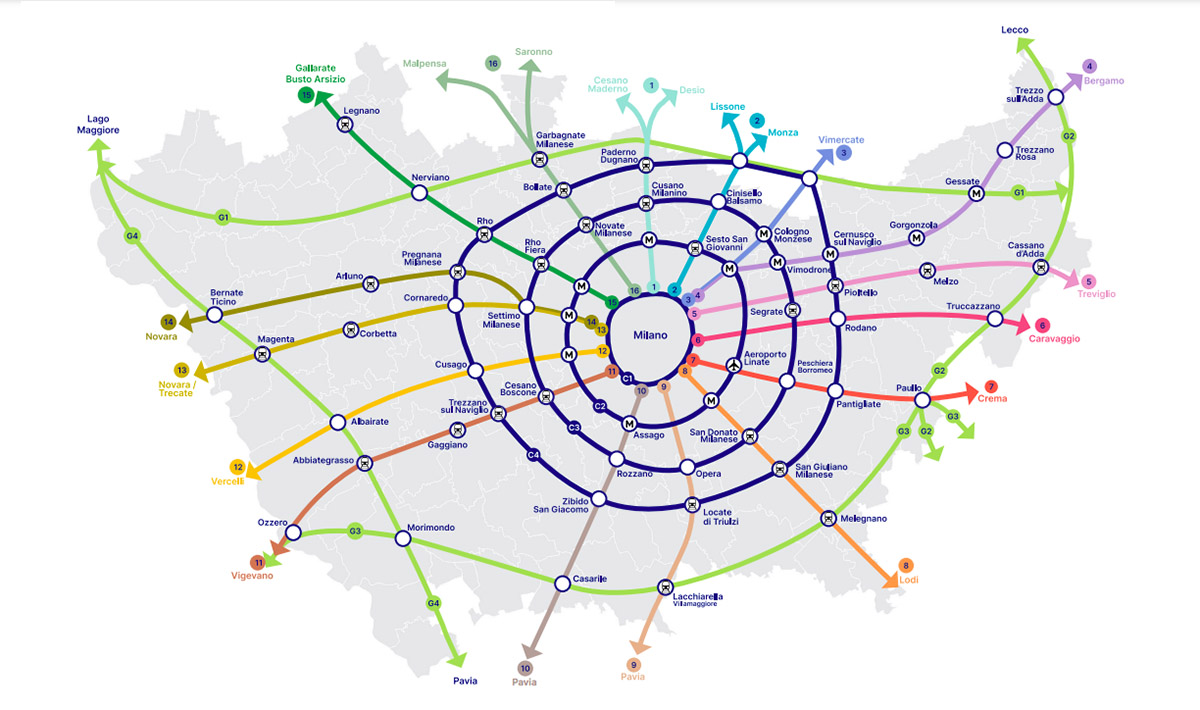 Image courtesy of the Metropolitan City of Milan

Besides prioritizing cycling in the city infrastructure, the plans are developed to have less emissions and traffic, as part of cities' net-zero emissions plans by 2050, in line with the ambition goals of the Paris Agreement. However, the plans also intend to provide more roads for safety, as cyclists and motorists will not have to share the same road site.

Beatrice Uguccioni, the Councilor responsible for mobility, said: "In the next few years we will invest around 250 million euros to create a capillary network of cycle paths that will integrate with the other existing modes of travel."

"The aim is to bridge the gap we have with respect to the most virtuous European metropolitan areas. This will lead to less emissions and traffic, but also more road safety, as cyclists and motorists will not have to share the same road site."

"This is a unique project in Italy, because it is the first to be accompanied by an organic strategic document. Our will is to surround the metropolitan city with a capillary network of cycle paths that connect the capital city with the entire metropolitan area, replicating what we have already done with optical fiber."

"It is therefore a far-reaching project, because it is conceived in an organic way, constituting an ecosystem that will put all 133 municipalities in our territory in closer connection. The metropolitan city with the "Cambio" biciplan took up the challenge of managing complexity by involving as many players as possible."

The super-cycle paths of the "Cambio" network will be equipped with optical fiber to offer smart solutions which will use some of the most innovative applications that this infrastructure allows - from low-impact lighting to information in real time. There will also be parking lots and stations dedicated to bikes along the routes. 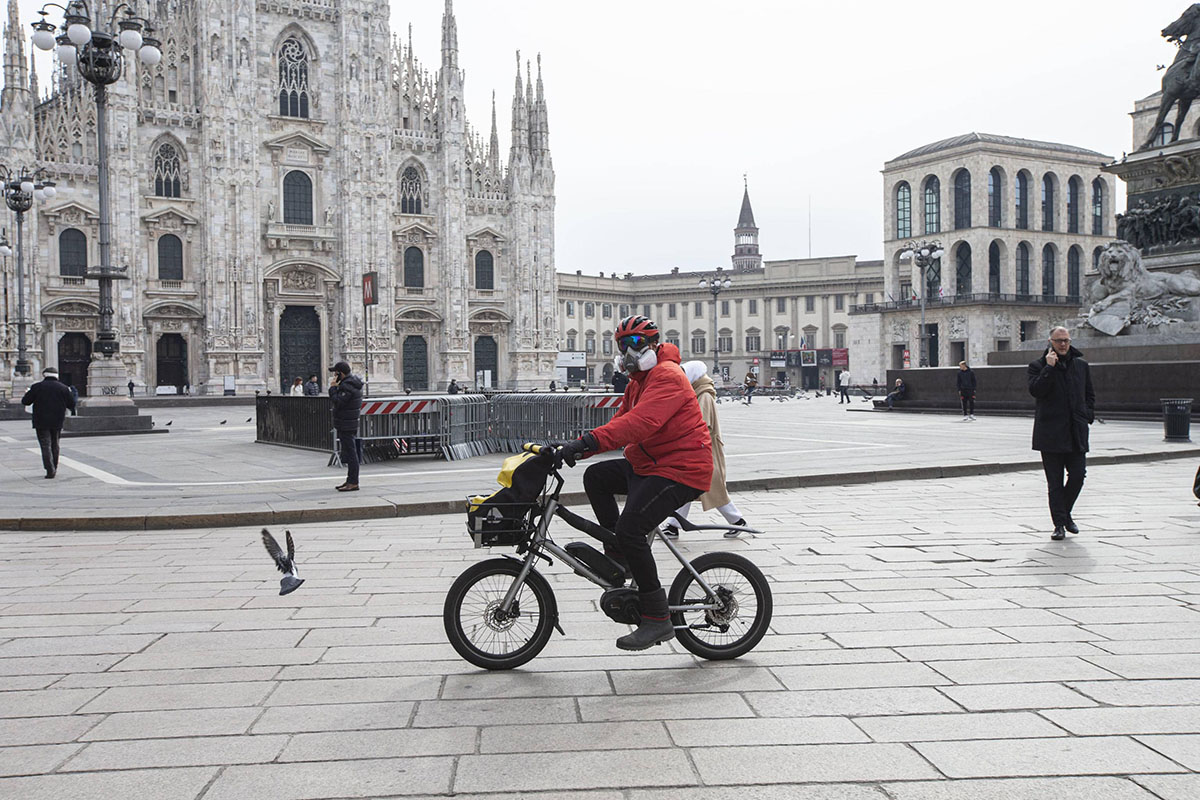 As the Metropolitan Council of Milan explained, the first two construction works of the network are expected to start by the end of summer 2022.

The first construction work will start for the first section of Line 6, which from Milan will reach Segrate and the Idroscalo, along via Rivoltana.

The second, on the other hand, will tackle the construction of one of the secondary support networks and, specifically, that in the Adda Martesana Homogeneous Zone, between Line 4 and Greenways G1 and G2 .

On 21 October 2021, the city of Paris also introduced plans to upgrade its city infrastructure "to make Paris 100 percent bikeable" with €250 million extra budget, according to according to French newspaper The Local. As part of the mayor Anne Hidalgo's "bike-friendly policies", the city will renew its cycling lanes as part of a 5-year-long urban plan, aiming to make the city more safer and pedestrian-friendly completely, separating from any car traffic.

By 2026, the Parisian network of safe cycling paths will reach to total 180 kilometres, and cyclists will be allowed to use one-way streets "against oncoming car traffic on another 390 kilometres of streets."

> via Metropolitan Council of Milan