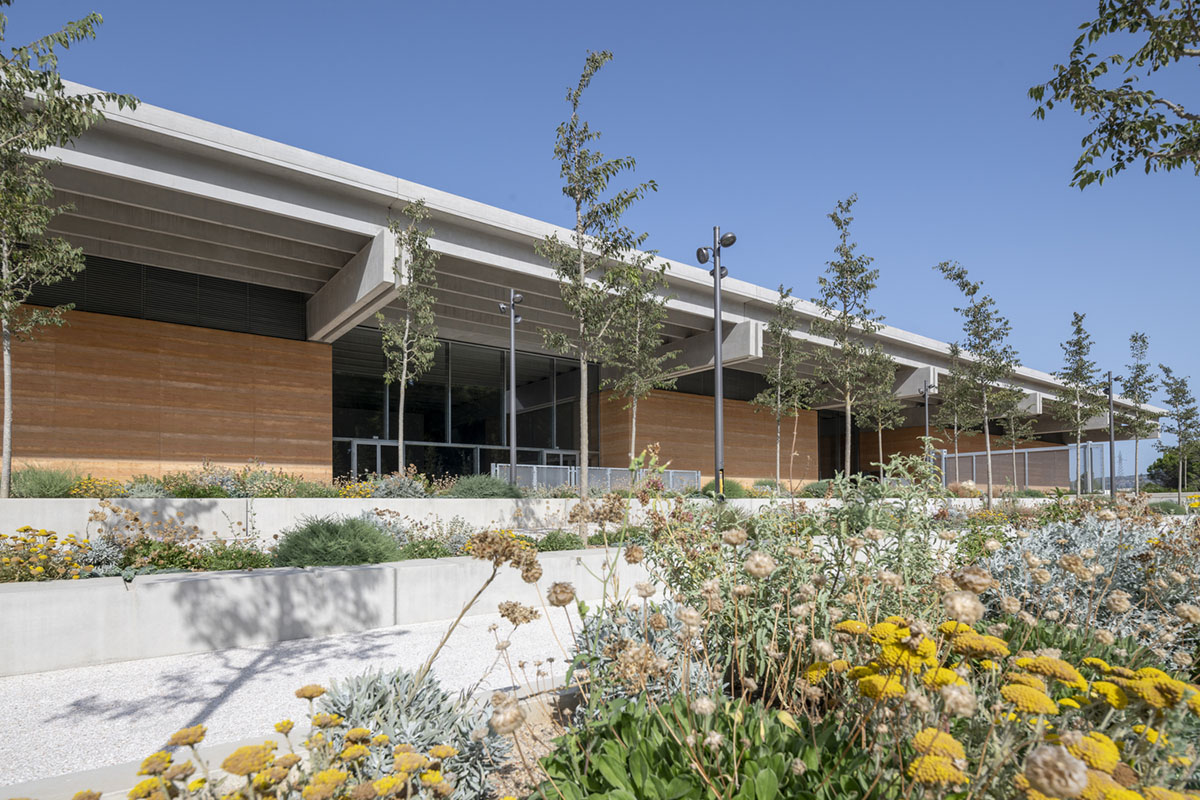 Foster + Partners has completed a new museum of Roman antiquities in Narbonne, France, which was officially opened to the public following an inauguration ceremony attended by the conseil de la Region Carole Delga.

Named Narbo Via, the new museum has been conceived to become a new landmark at the entrance to the city, on a site adjacent to the Canal de la Robine.

Covering a total of 8,765-square-metre area, the museum is raised on top of a podium and provides a sense of restrained civic and architectural monumentality at the entrance to the city. 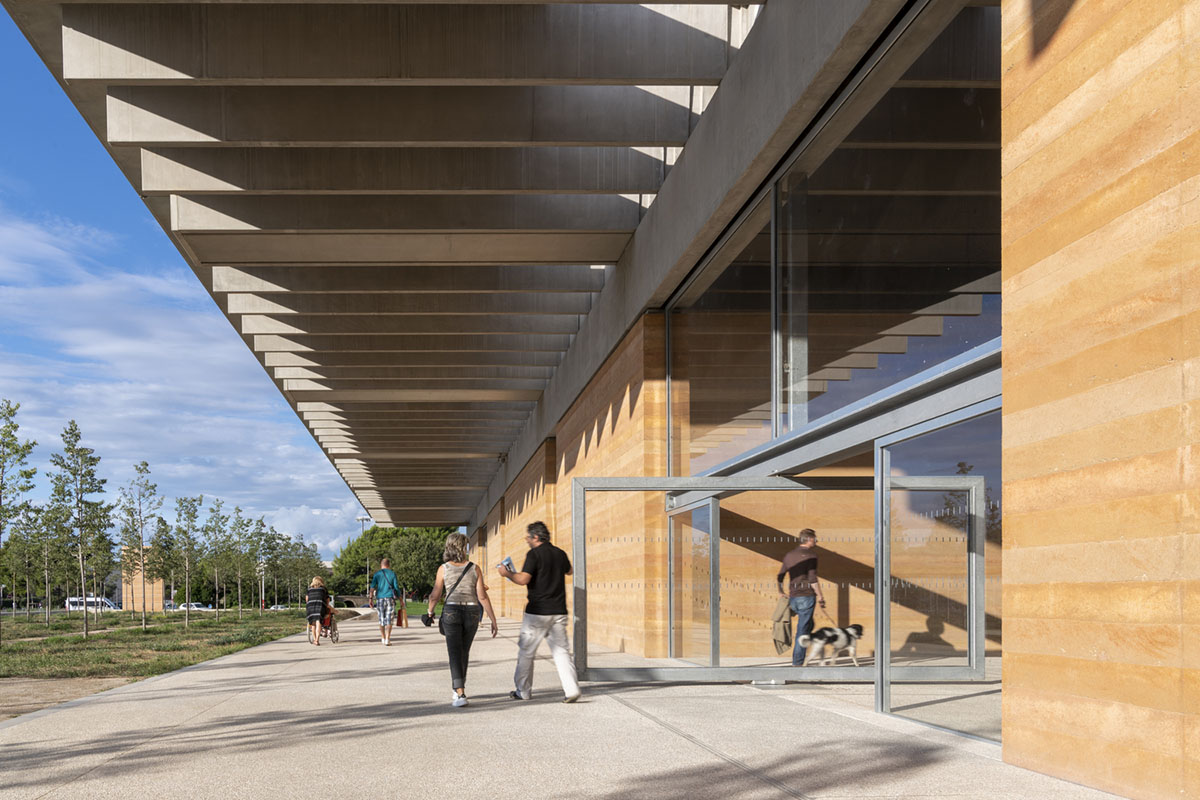 Incorporating galleries for permanent and temporary exhibitions, a multimedia education centre, auditorium, restaurant and bookshop, as well as research, restoration and storage facilities, the building is externally surrounded by formal gardens and an amphitheatre for outdoor performances.

At the centrepiece of the museum, the studio has added a "Lapidary Wall", which forms a natural boundary at the heart of the museum. The wall is also separating the public galleries from the more private restoration spaces. 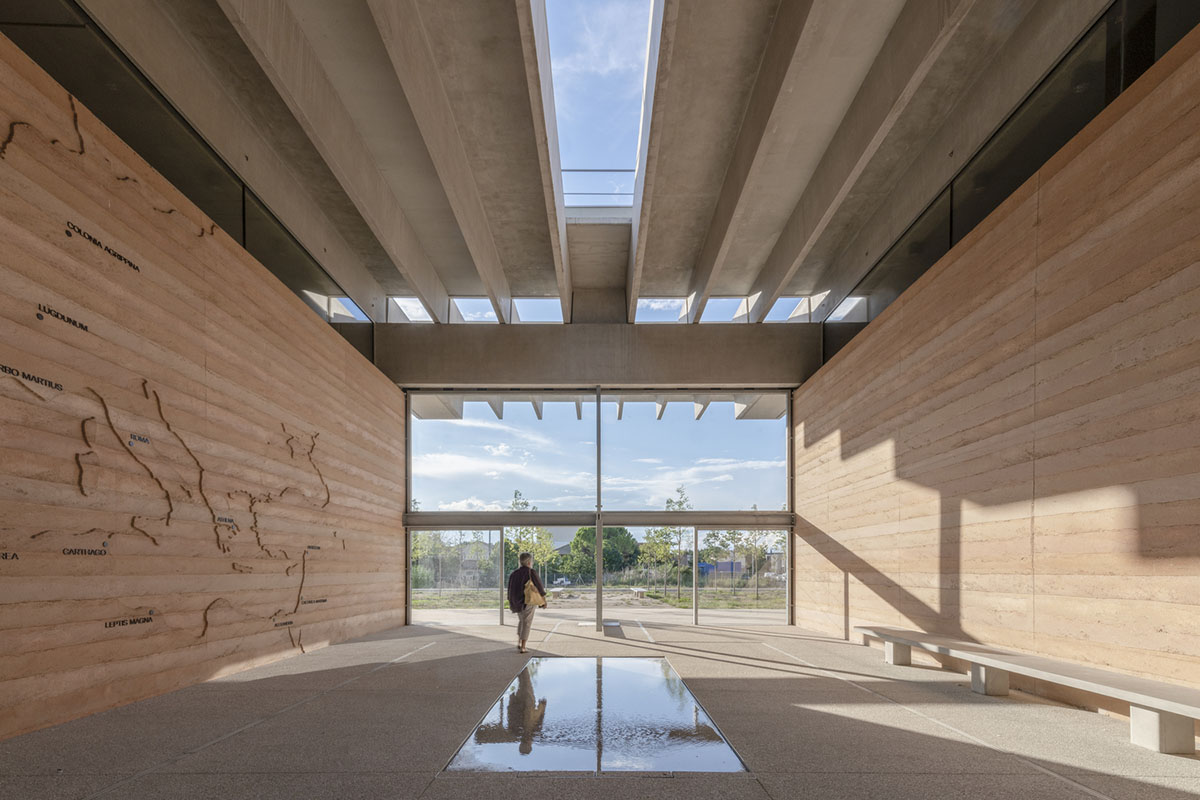 Upon entrance, visitors can glimpse the work of the archaeologists and researchers through its mosaic of stone and light. The museum allows a flexible display framework enhancing the potential of the reliefs to be easily reconfigured and used as an active tool for learning.

"Our work on Narbo Via extends a long relationship between the Foster studio and the south of France," said Norman Foster, Founder and Executive Chairman, Foster + Partners.

"The arts are vital to the life of a city and a cultural building has the potential to reinvent and regenerate its ‘sense of place’, to break down physical and social barriers."

"Bringing together the old and the new, Narbo Via will renew the image of the museum, becoming not just a place for reflection but a creator of knowledge for future generations," Foster added. 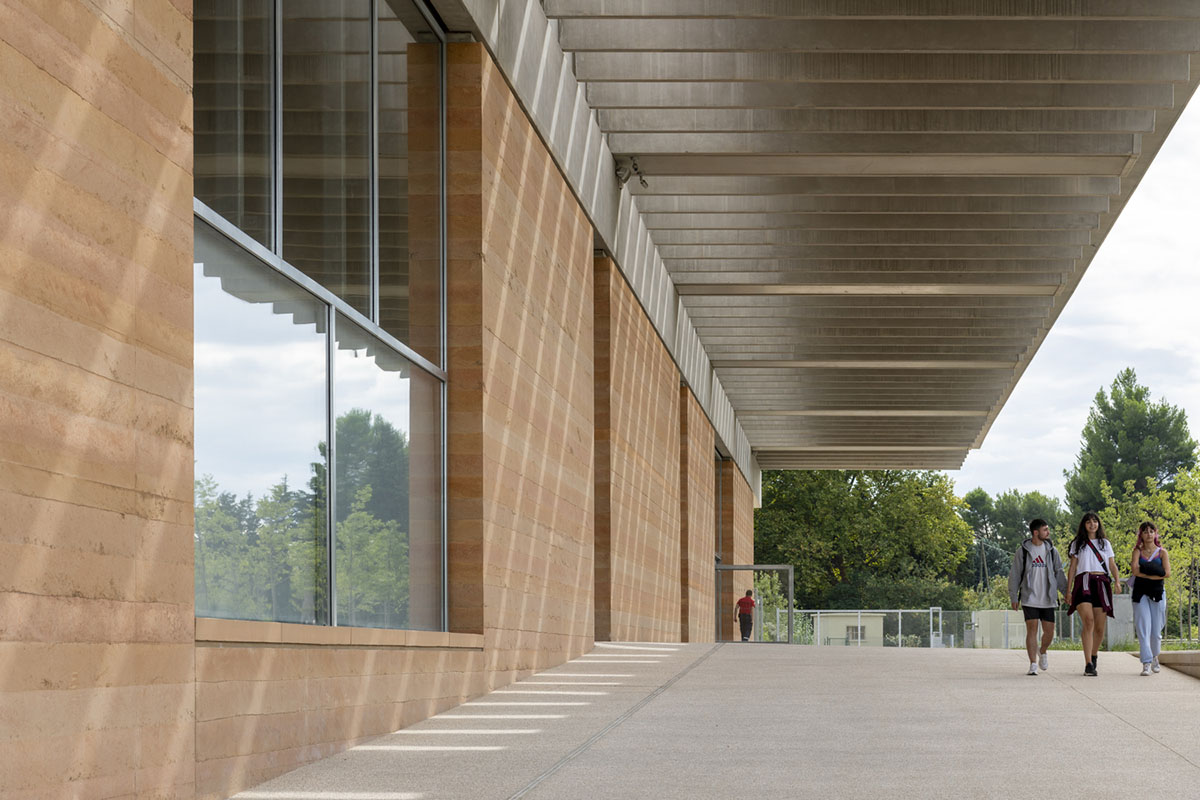 A huge concrete roof canopy unifies the museum spaces inside, while the roof also provides thermal mass and contributes to a comprehensive environmental strategy.

Elevated above a clerestory, the concrete roof is punctuated with light wells, and it extends to provide a canopy over the walkways around the museum. 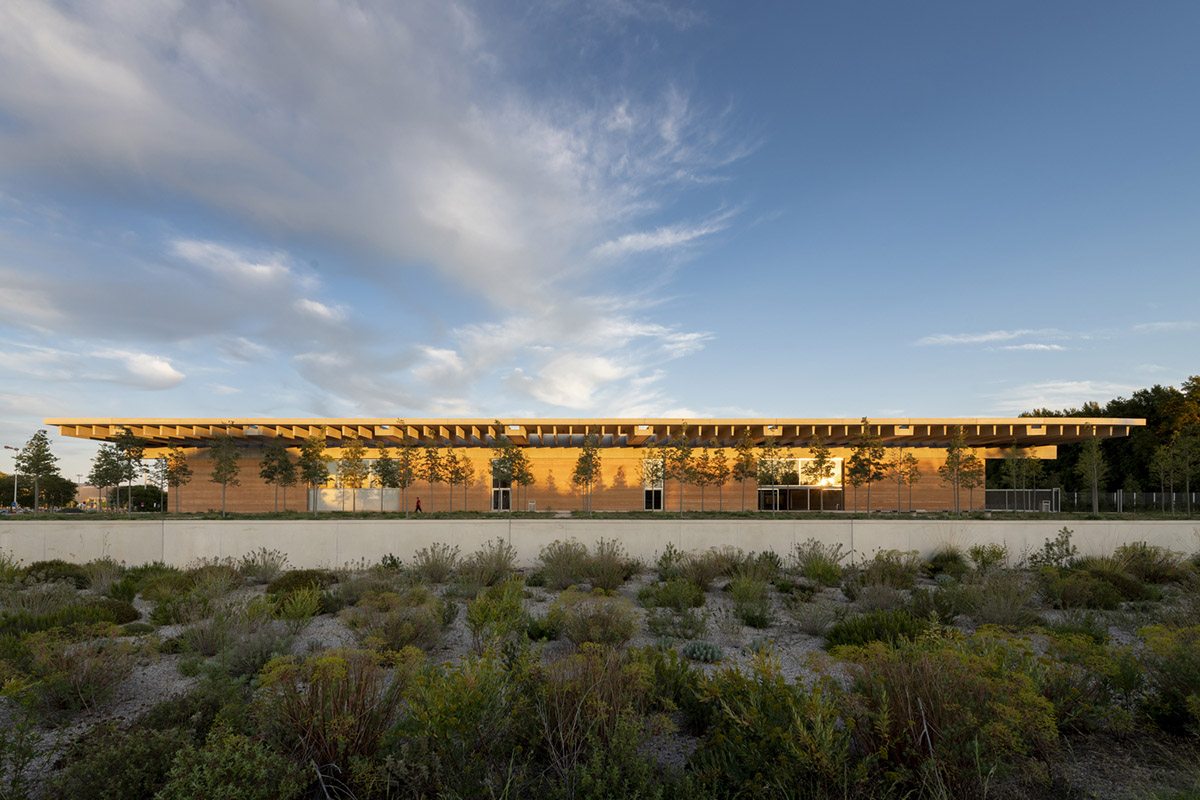 As part of Foster + Partners' sustainable environmental agenda, inspired by Roman technology, the majority of the services in the building are contained within a subterranean void. 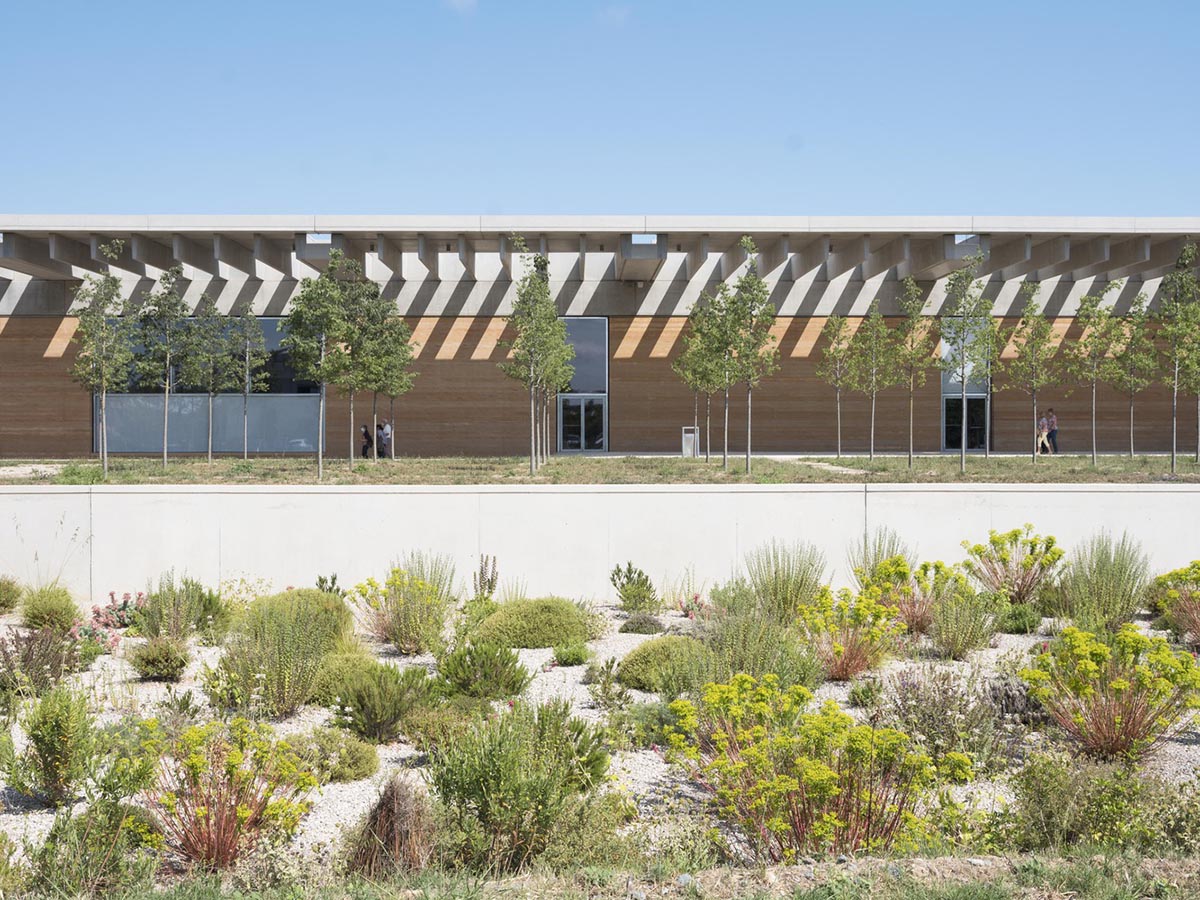 "The cool air is pushed out at a low level and at low velocity, allowing a smaller volume of air to be conditioned, while maintaining a comfortable environment," stated Foster + Partners in a project description.

"The large spatial volumes formed by the high ceilings create a thermal flywheel effect that naturally pushes warm air upwards, from where it is exhausted."

The architectural language of the building is derived from an honest approach to materials which extends to the expression of the coloured concrete walls.

"Layers of dry-mixed concrete were tamped into place on-site, the resultant stratification calls to mind not only the archaeological nature of the museum, but also the inherent appearance of Roman concrete," the firm added. 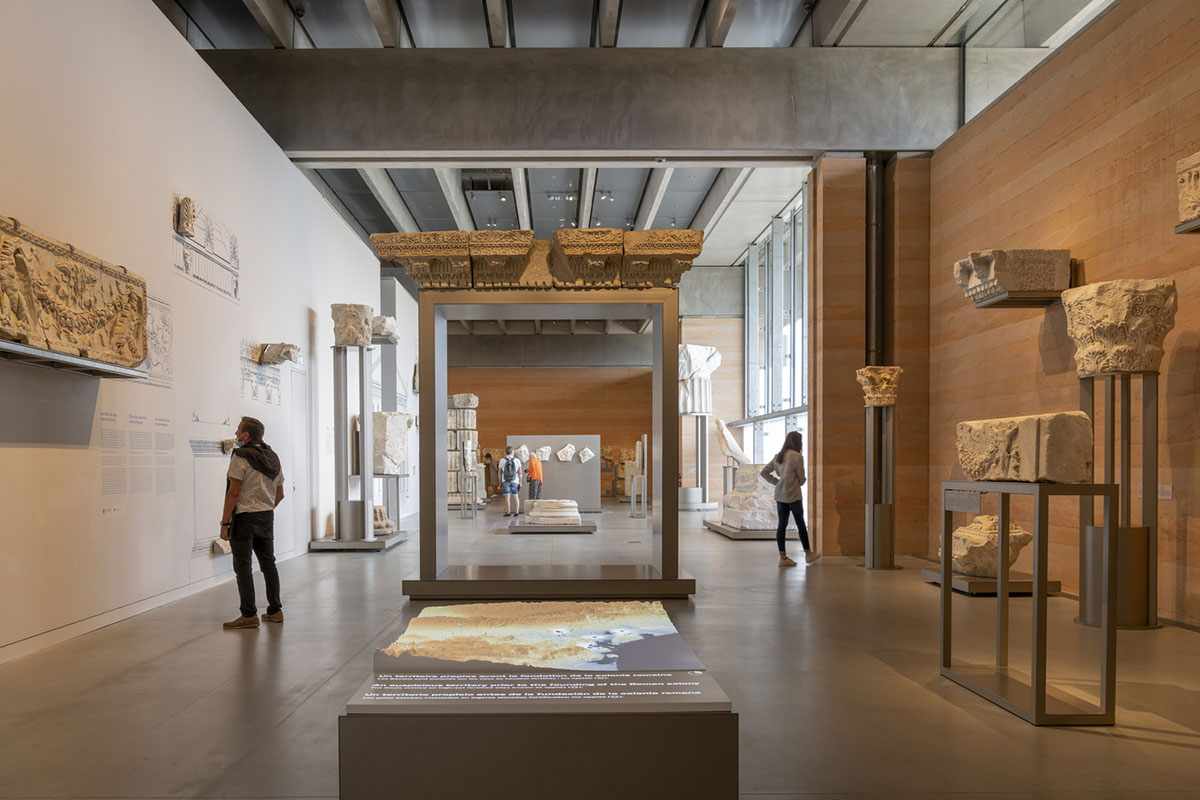 To follow a simplistic approach, the walls are constructed as solid, thermally insulated and load bearing. The walls support the roof with reinforced concrete double-T-beams that span onto a grid of reinforced concrete beams. The glazing around the enclosure simply bolts directly into the concrete walls. 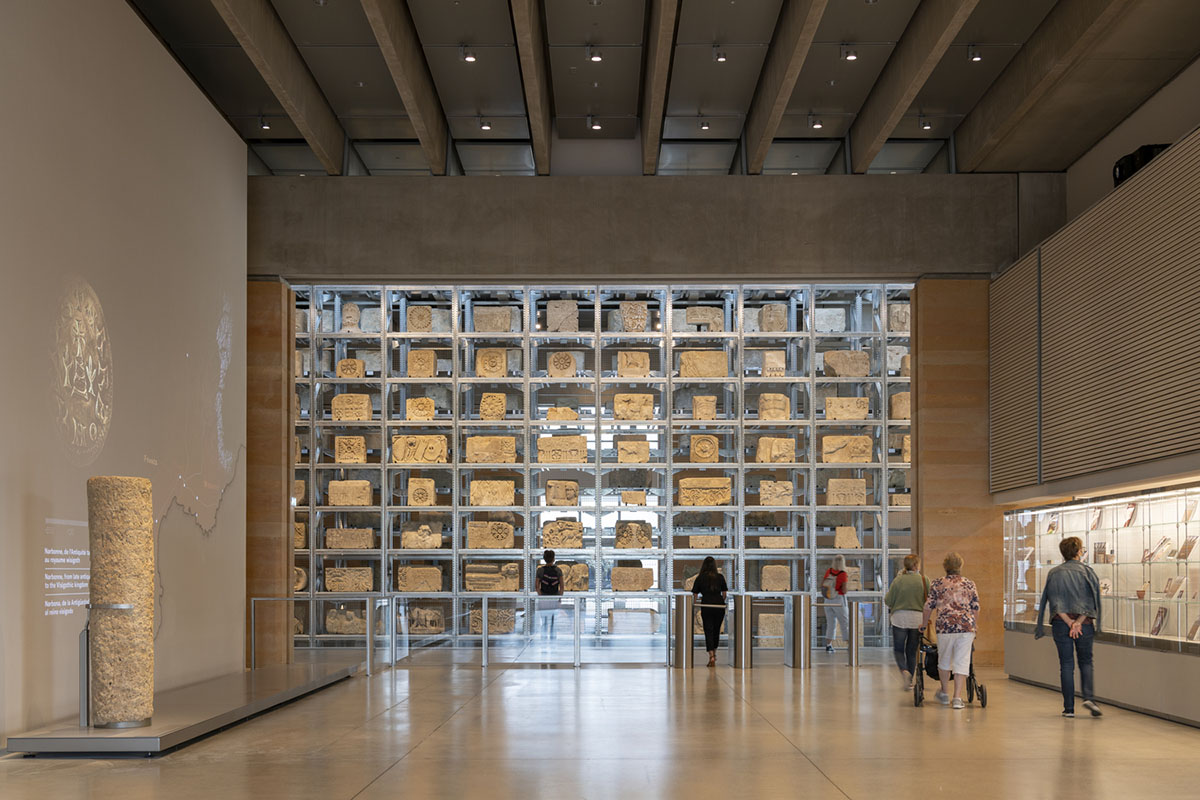 "The Narbo Via project, therefore, involved the deft navigation of archaeology and ancient history in a contemporary context. Our approach has been to create a simple yet flexible architectural language, one imbued with a sense of monumentality and links to history and culture – essential for this museum of ‘living’ antiquity."

"The idea of bringing the city’s remarkable ancient collection into an unashamedly contemporary context was a fascinating challenge. Working with Adrien Gardère, we developed the concept of a vertical display wall running the full width of the building, which puts the exhibits at the heart of the museum," said Hugh Stewart, Partner, Foster + Partners. 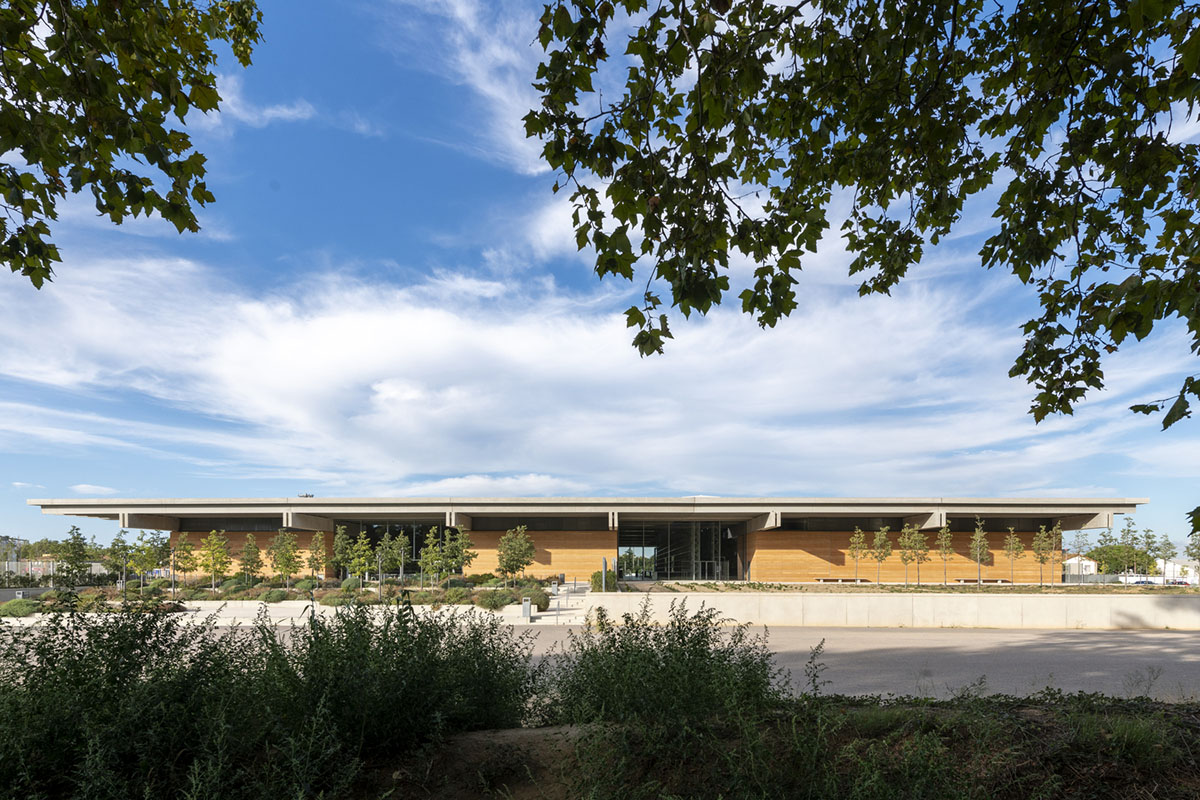 To create a tranquil natural setting, the landscaping enhances the connection with the canal. The landscape, designed by French firm Urbalab, is inspired by formal French gardens and the Roman courtyard, the museum’s grounds feature an amphitheatre for open-air displays and events. 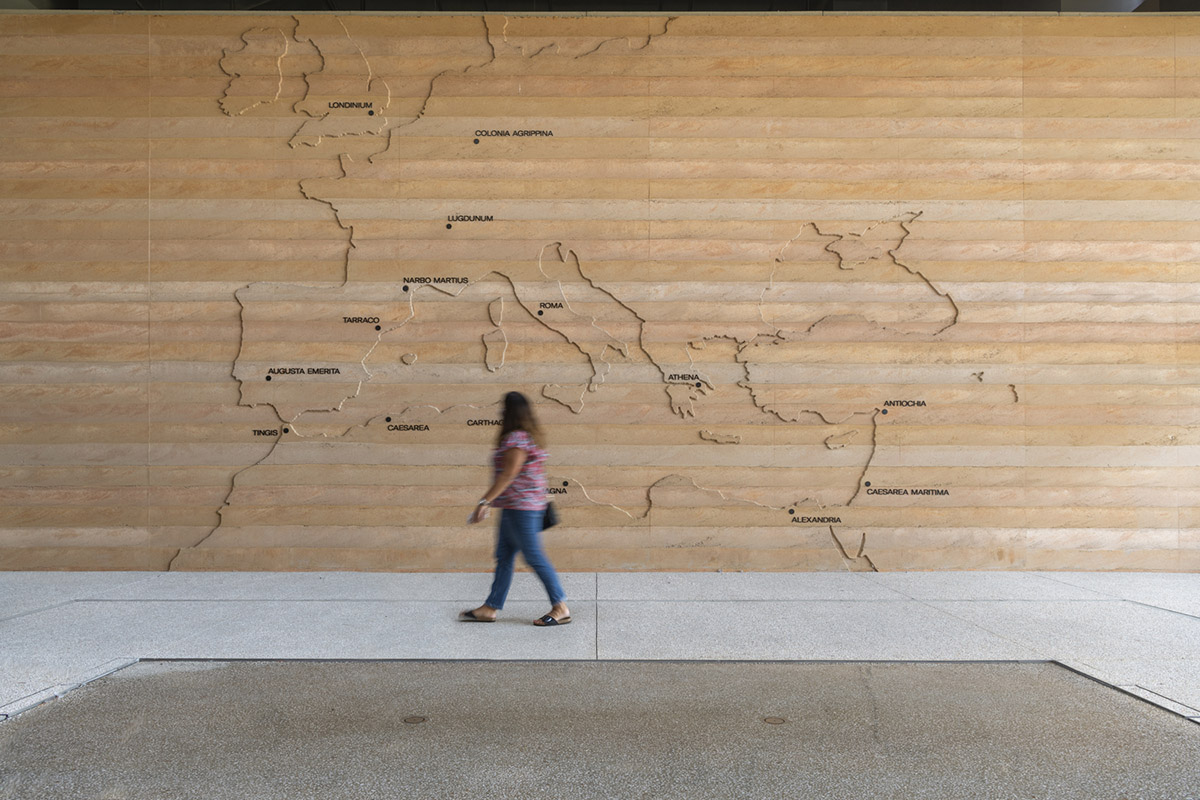 A new ramp acts as a welcoming, landscaped entrance that links the museum to the existing towpath along the Canal de la Robine. This will create a serene pedestrian connection to the city centre, which will now be only a short walk from the museum. 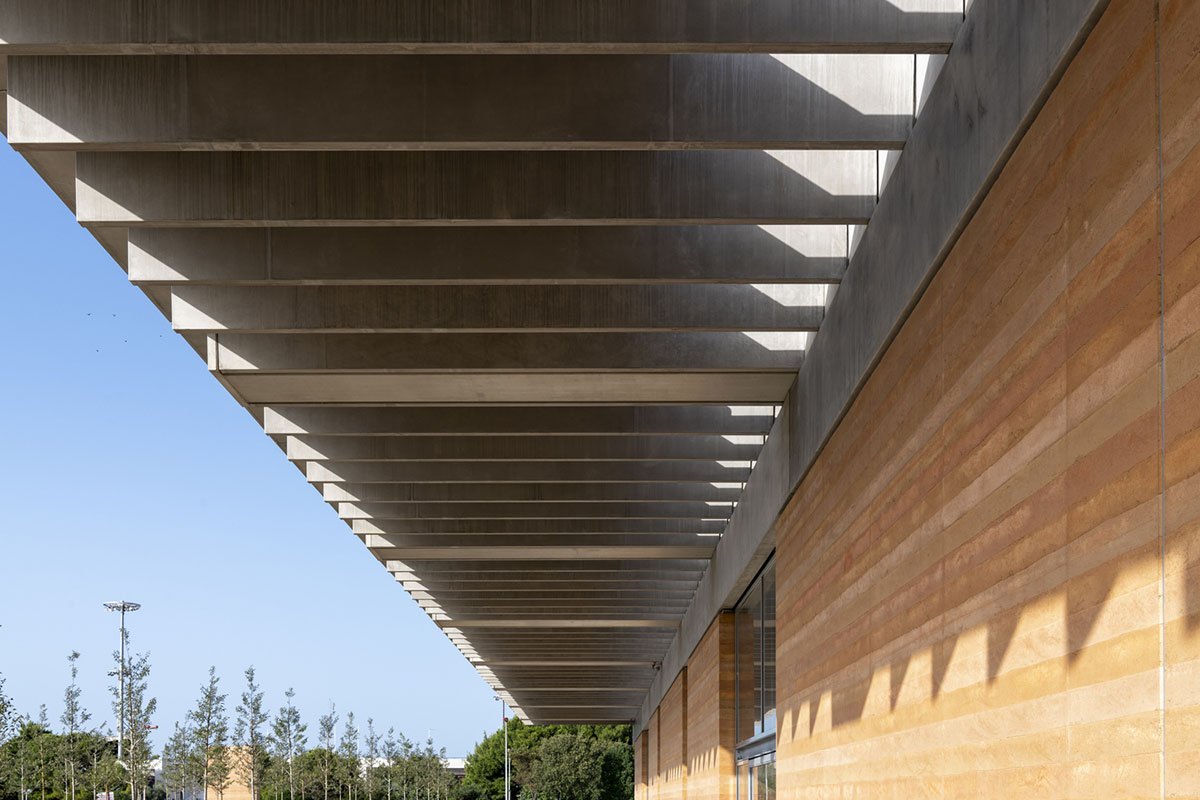 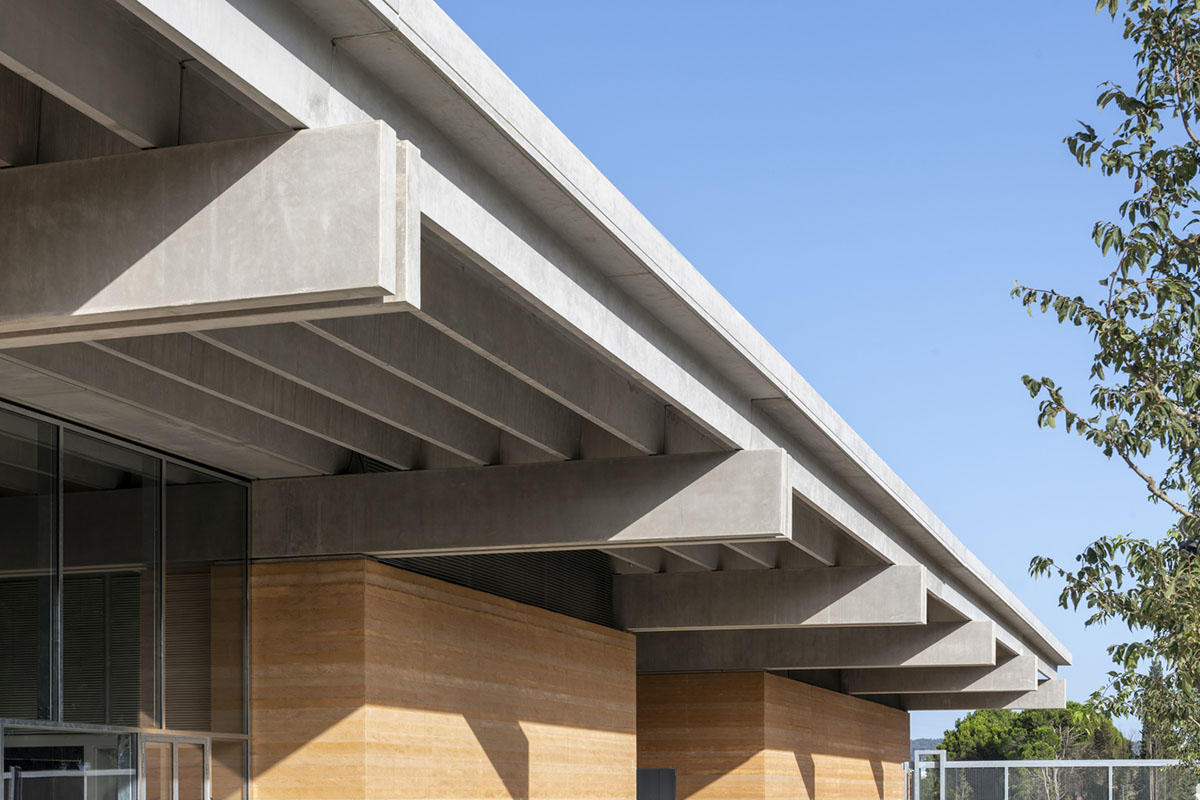 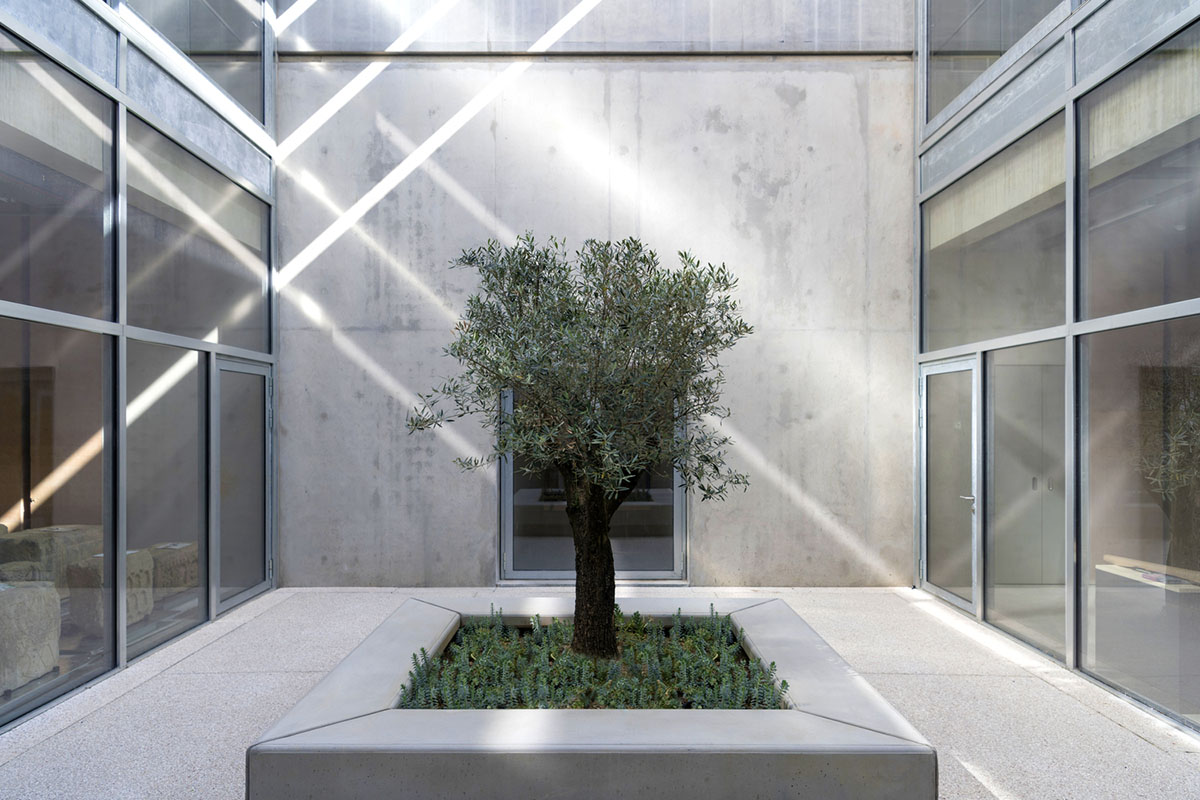 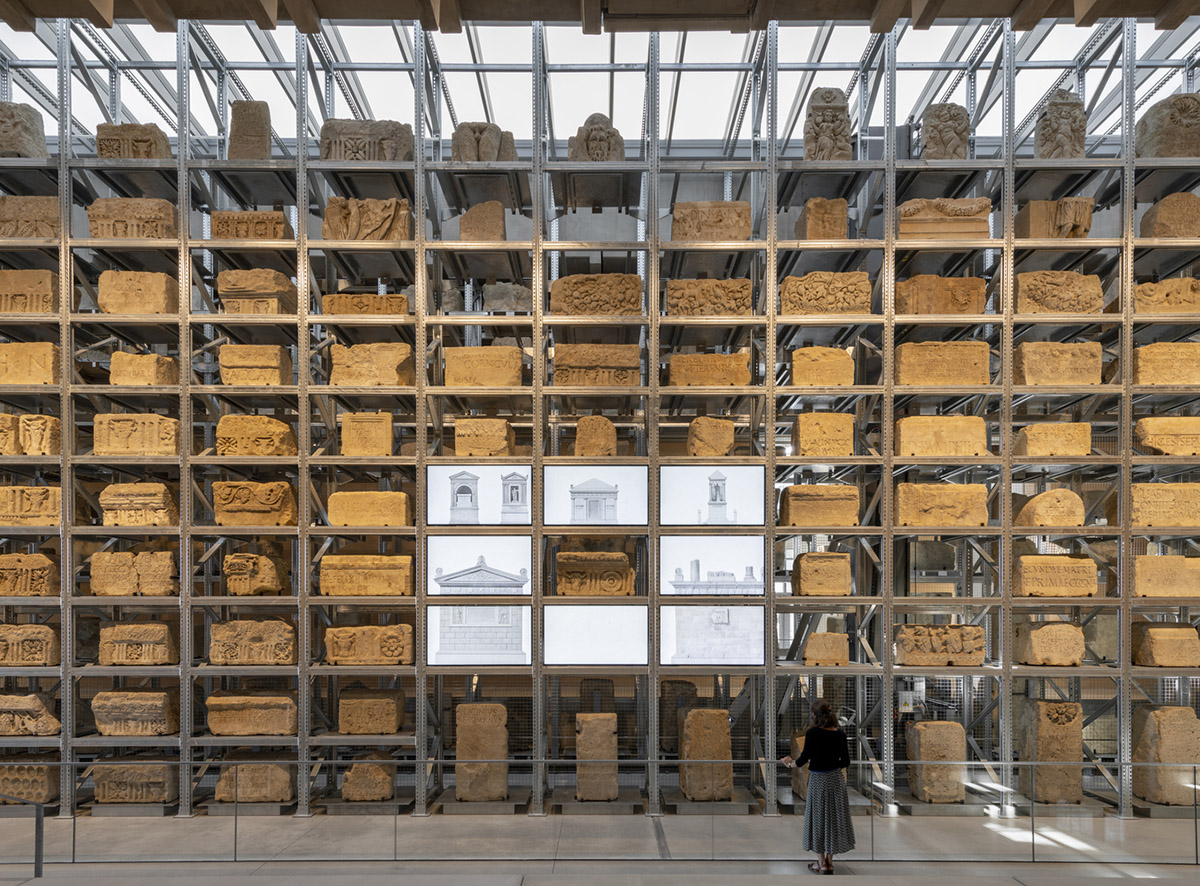 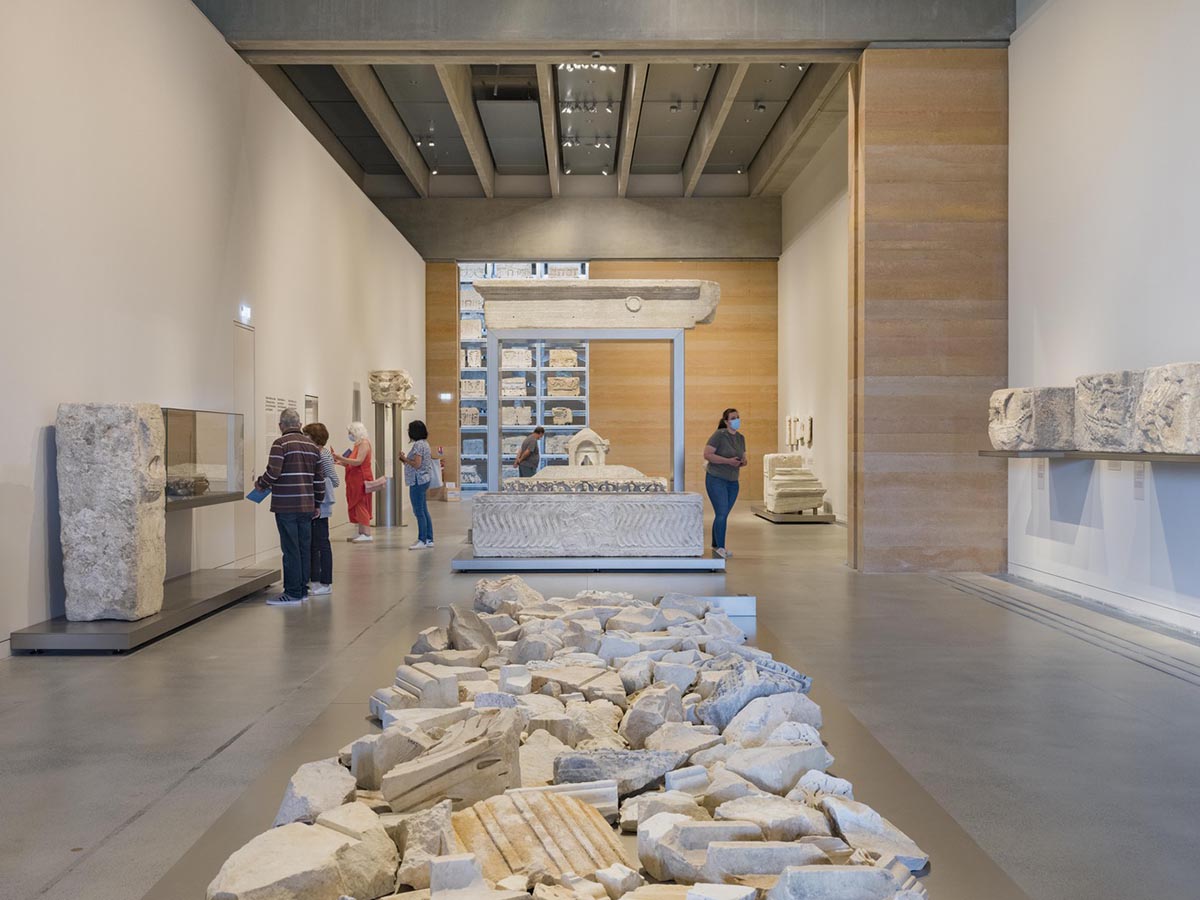