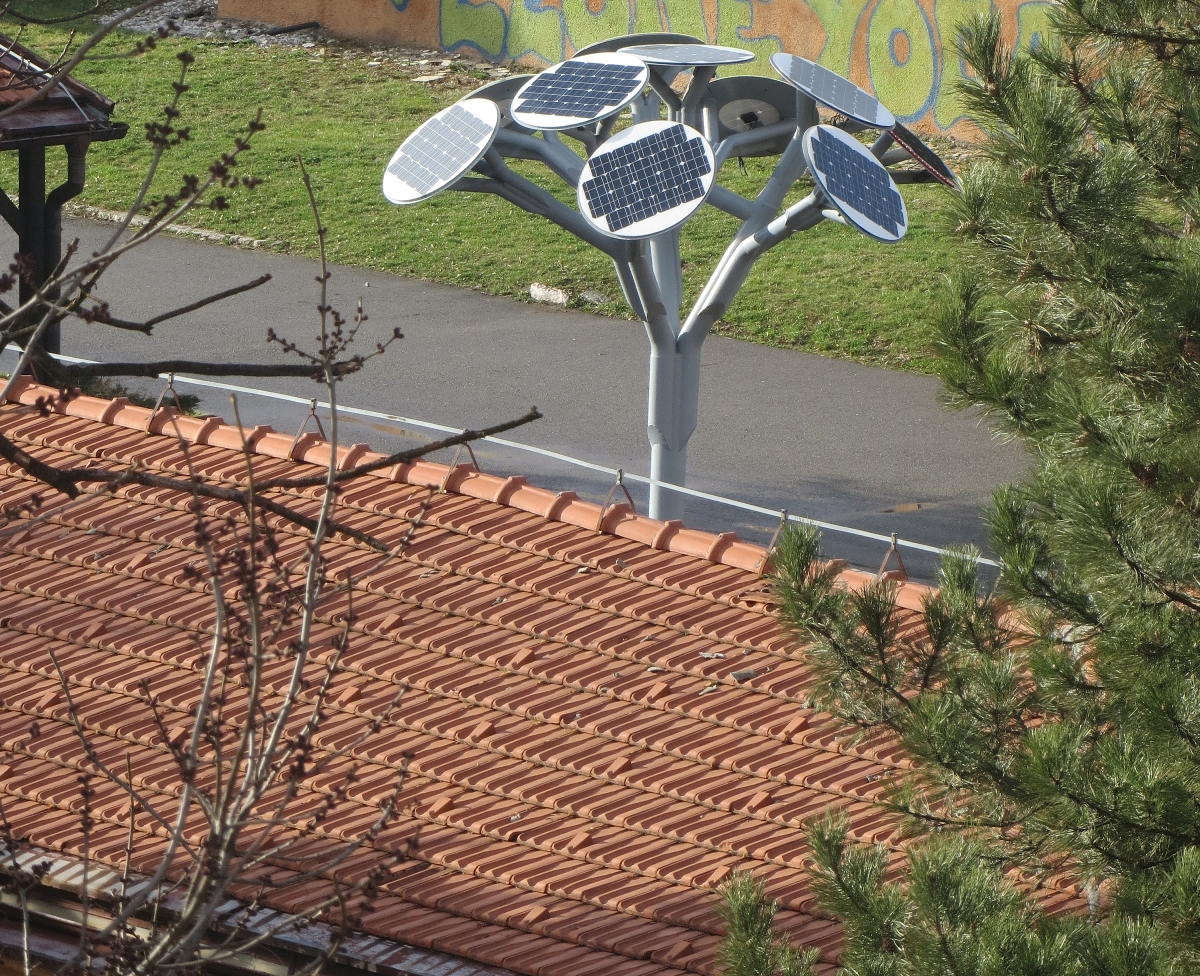 After a long initiative, streets of Bascarsija might be light up by solar trees. A group of students  and young professionals of electrical engineering together with their colleagues from other fields, found a new approach to work on their idea for a solar tree while promoting renewable energy.

We could see the projects of "solar trees" all around the continents, as projects like this are not new, and they already have helped to raise environmental awareness in many cities around the globe. Only few examples of such projects were done in Bosnia – Herzegovina in the recent years. In Sarajevo for example, one was the "Solar Bench" installed around Miljacka river next to Academy of the Arts Sarajevo. And now, it finally seems there will be a project of a solar tree in the area of Bascarsija Old Town, according to the planned project idea.

Created with the members of the IEEE student association at the University Sarajevo, students of the Electrical Engineering Faculty are planning to work on a project called Modern Renewables - Brighter Future. The main goal of their initiative is to build a "multifunctional solar tree in the center of Sarajevo with aesthetic, economic and ecologically acceptable results".

The participation in the project is open to students and young professionals from the fields of electrical and mechanical engineering, as well as architecture and designers. During the project implementation, the participants will have the opportunity together with their community to promote the future benefits of using renewable energy resources, while connecting various disciplines, providing a workplace experience, as well as team work opportunity. Adding to this, the possibility of applying similar projects at others Universities in BH, is one of the objectives of the project. 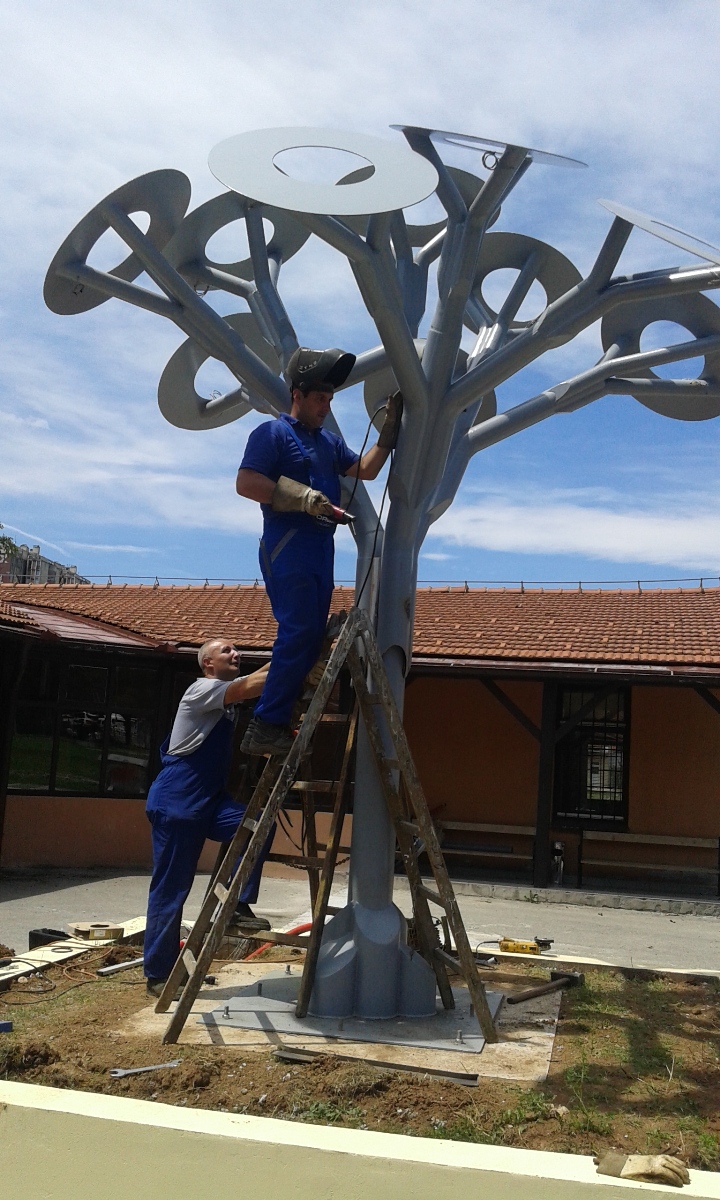 Speaking to World Architecture Community in an exclusive interview, one of project coordinators Benjamin Arslanagic from student branch IEEE Bosnia-Herzegovina mentioned that "the project is designed so that all students who applied for the project are equally involved and have a certain responsibility on this project". Furthermore, the IEEE BH team mentions that "this project wants to show a principled SOLAR solution in which most of the electricity is generated from solar panels. This is a project that celebrates design, nature and art and represents the DNA of our time".

According to publications from the Aarhus organization, projects such as ideas of solar tree have community-related goals: encourage ideas to improve the lives of all members community, promotion of student involvement in socially useful work, promotion of renewable sources of electric energy, development of ecological awareness in the community. 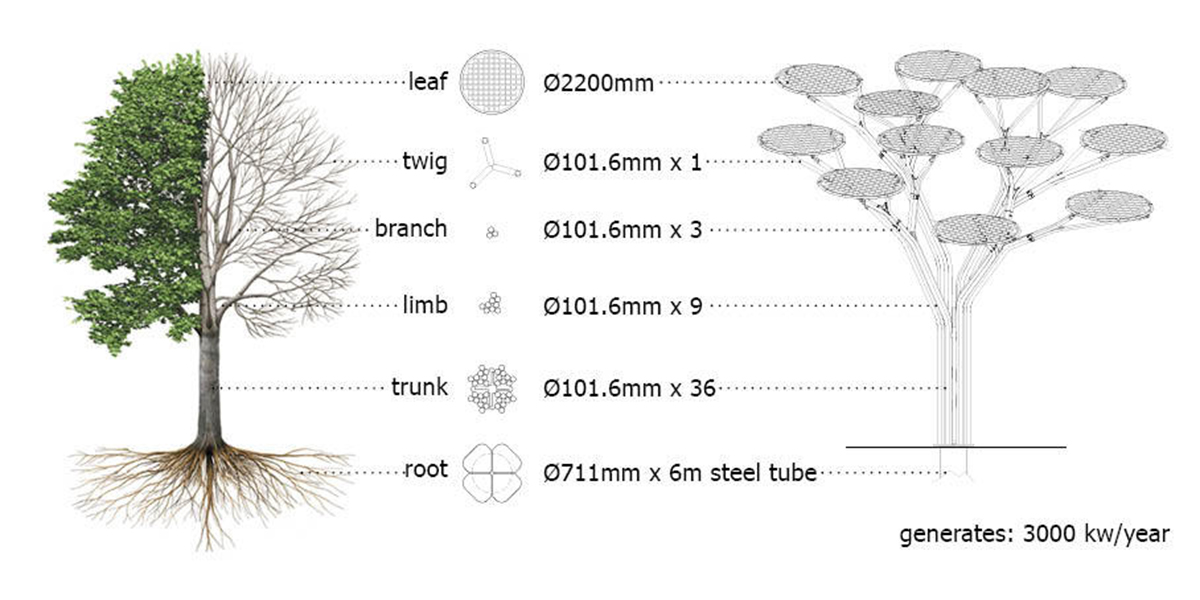 To explain the solar tree, we should first think of the constantly sent solar energy from the Sun to the Earth, which is considered as easiest and cleanest way of renewable energy. And a solar tree is a decorative fashion of an artificial tree with PV cells instead of leaves. The amount of energy produced by a solar tree is more than that of a flat array of solar cells.

While promoting and raising awareness of  new ways of using energy resources,  such products are also used in a commercial way to provide shade and meeting places, as bicycle places. Being a simple example of complementary green building measures, these ideas show environmental benefits to larger investments.

> via Institute of Electrical and Electronics Engineers Bosnia - Herzegovina