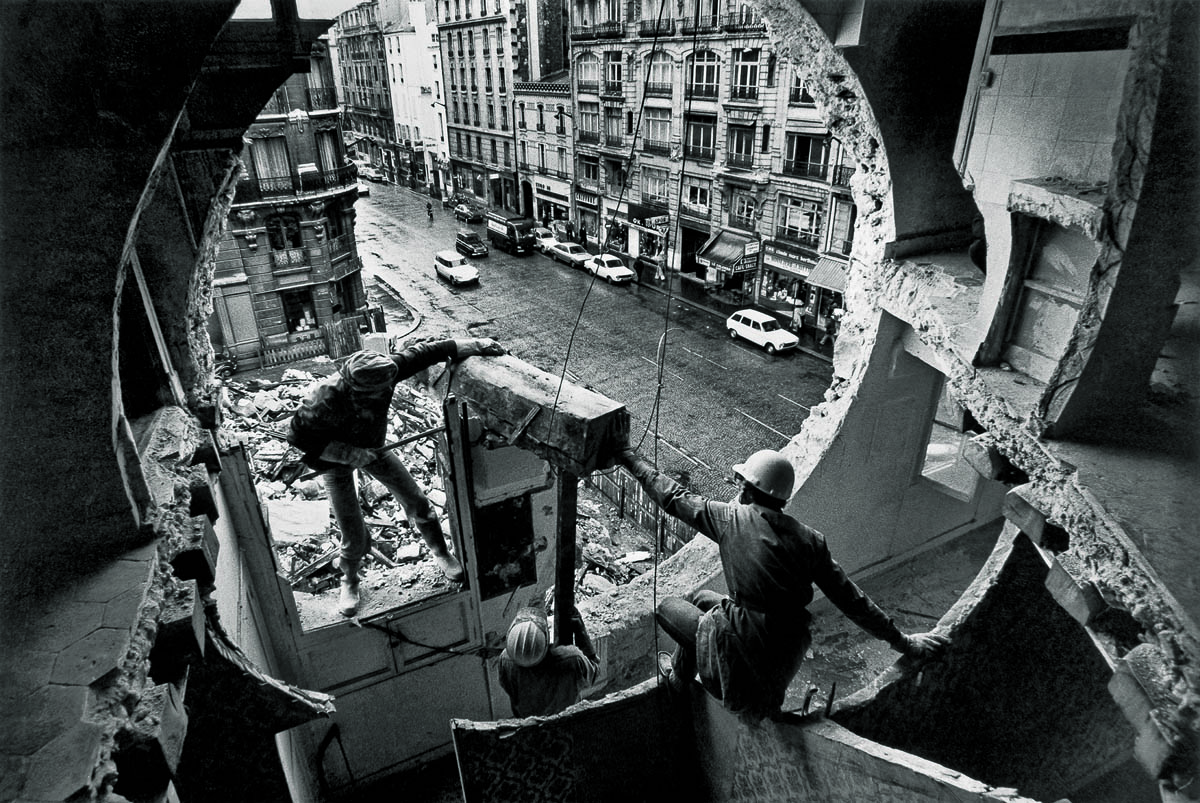 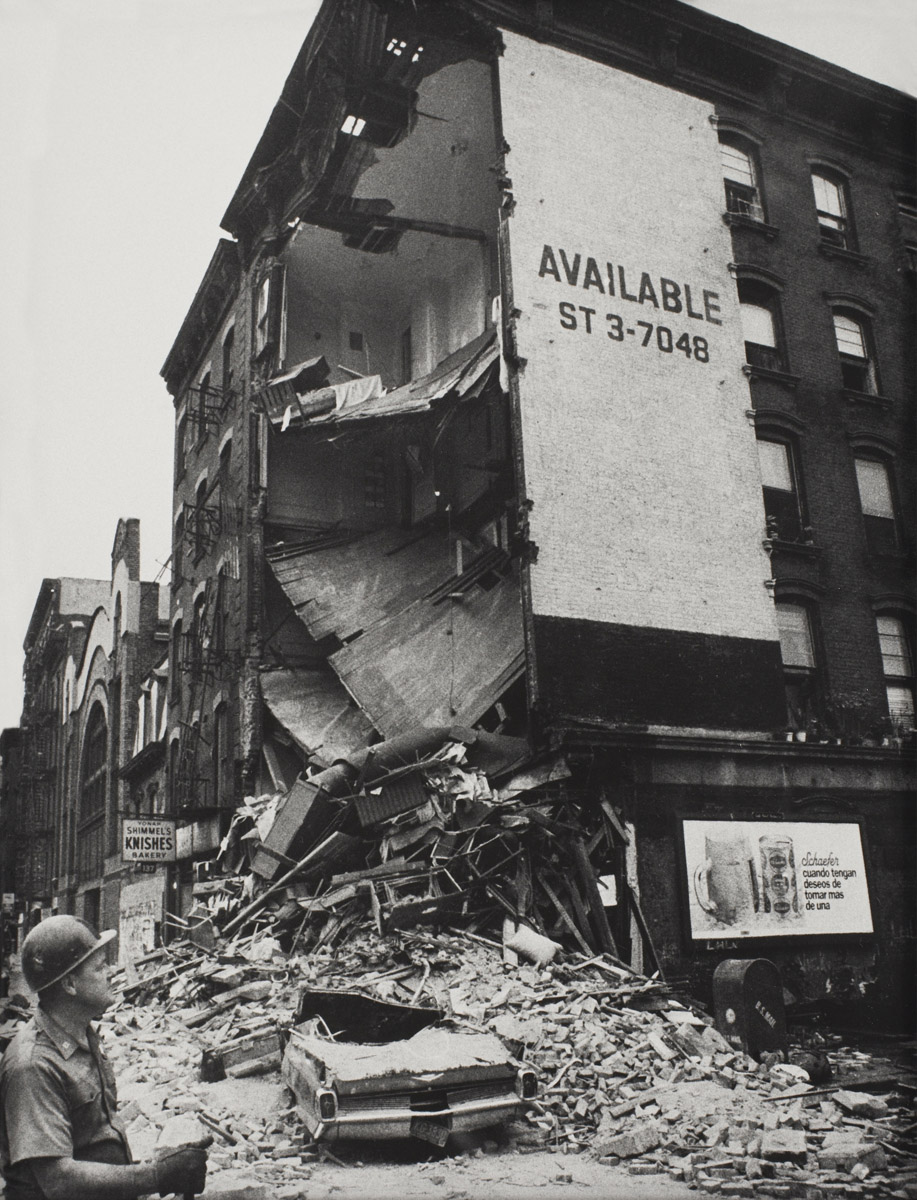 Cutting holes in abandoned space, anarchitecture is a cultural and social backlash against the traditionally norms of architecture.

Anarchitecture, composed of "Anarchy" and "Architecture" literally means "against architecture". The words is philosophical contradicting itself as anarchy imply a state of disorder due to absence or non-recognition of authority; and architecture imply carefully coordinated and manipulation within the complex design. Architecture doesn’t limit to buildings in this case, the word concerns a broader sense: city, environment and urban planning. 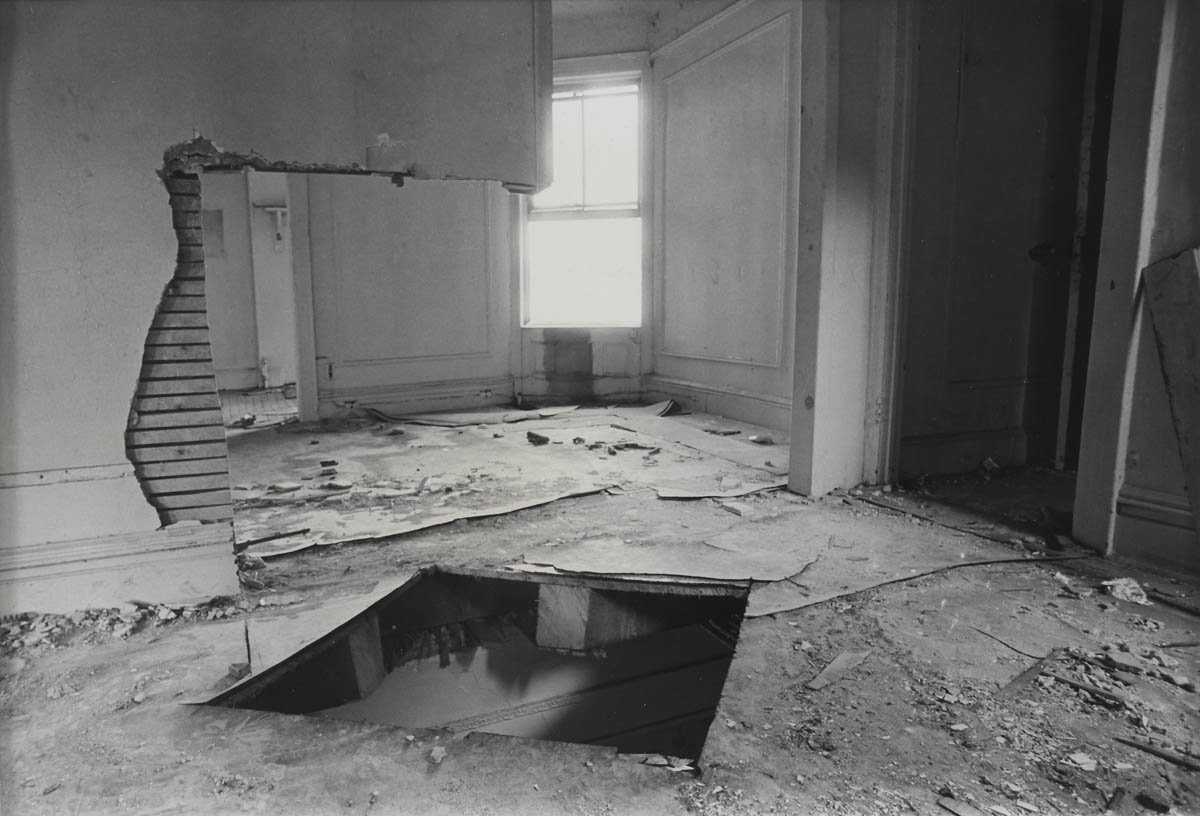 Based in New York after his study, Matta-Clark started to produce large scaled in situ work to declare social statements in the developing areas of New York, especially in Bronx. Here are some of our favorites from the exhibition: 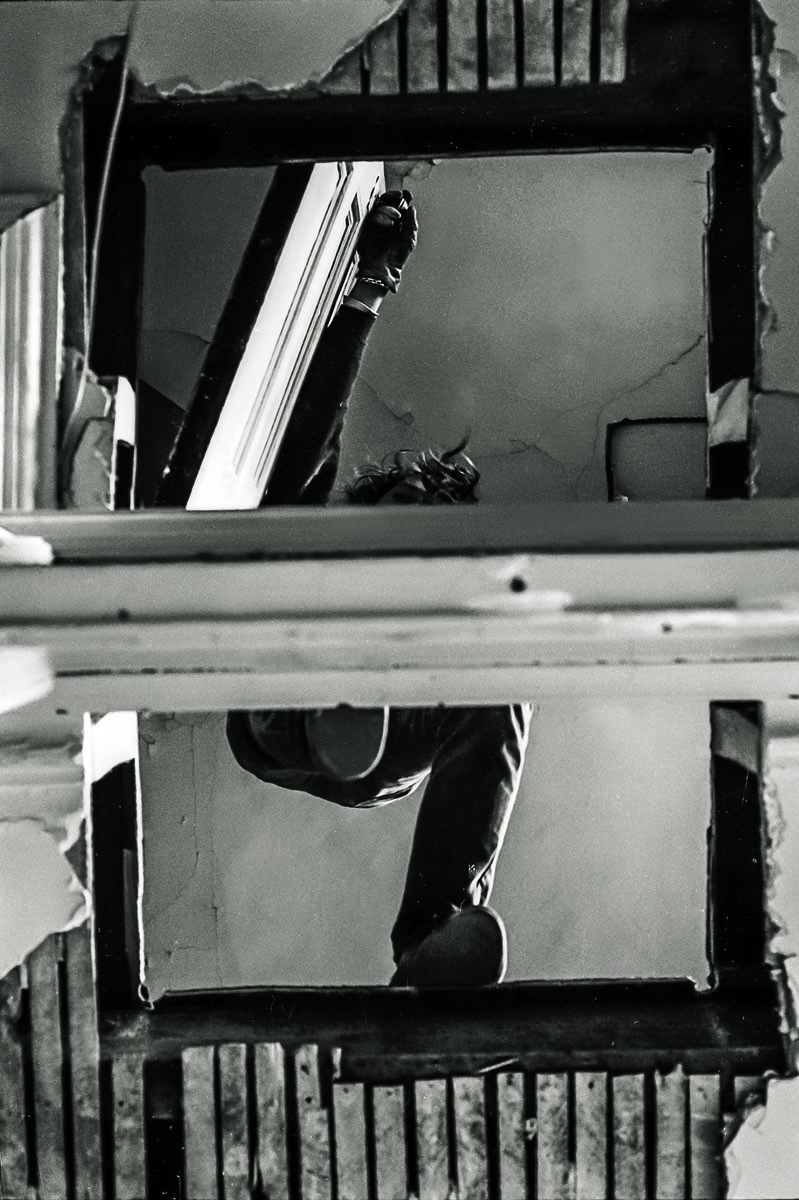 The work was developed in Bronx between 1972-1973, where there was serious economic declines and social problems. It results in the decrease in property price and abandoned buildings in Bronx. He cut out a rectangle on the floor of an abandoned building in the southern Bronx. The action is particularly power as he is creating and destructing at the same time. Abandon buildings are not uncommon in New York, especially in Southern Bronx, the zone has suffered from serious decline since the construction of Cross Bronx Expressway in 1960s. 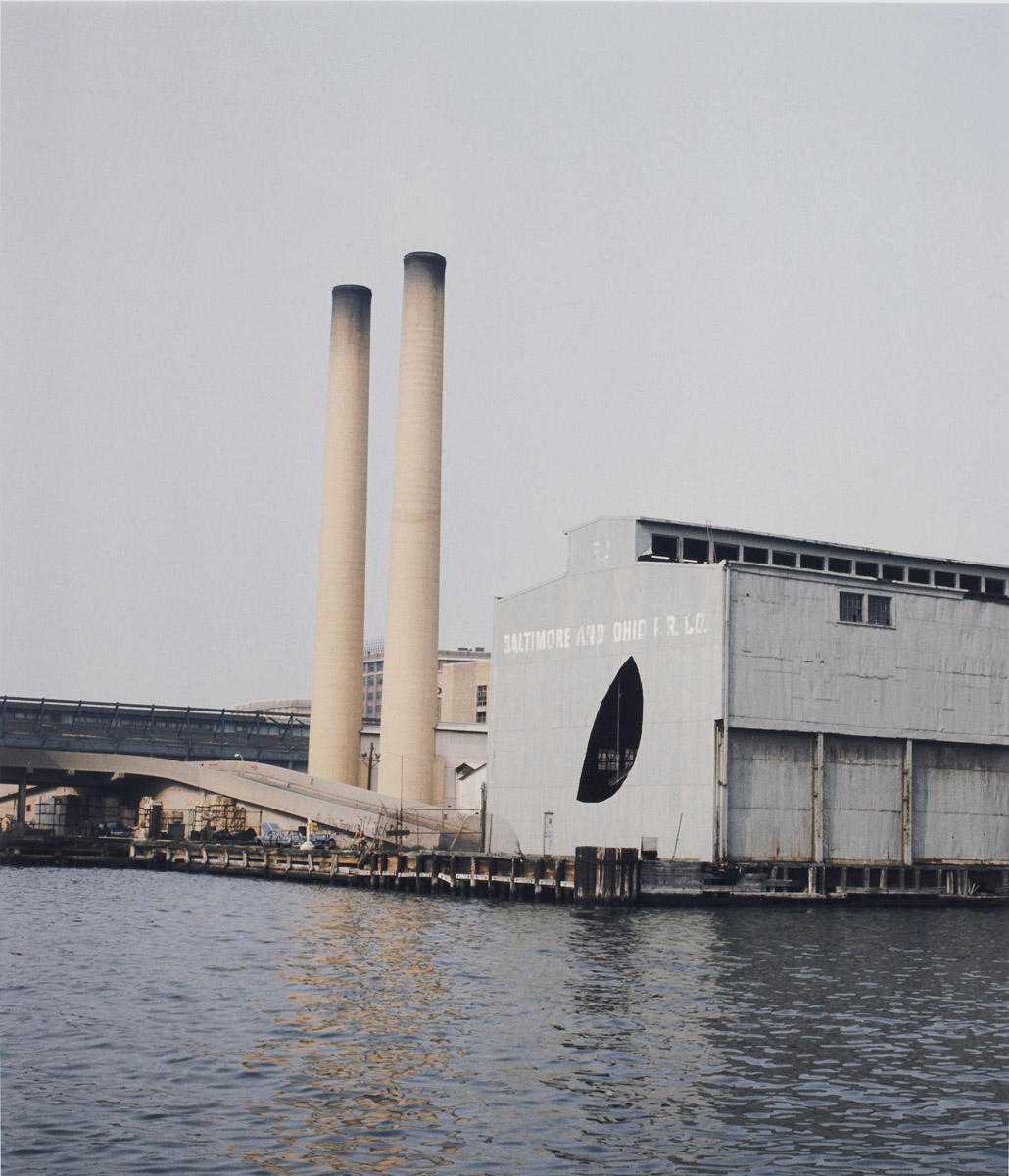 One of his biggest scaled works, Day’s End realized in a building locate on Pier 52 next to Hudson river. The work opens up the building to the river, providing the residents a post-indutrial parks where light, water reflection and shadows changes with time. However the residents didn’t have chance to enjoy the work as it was closed by the police on the day of its inauguration. He was threatened with lawsuits over several months of this work. 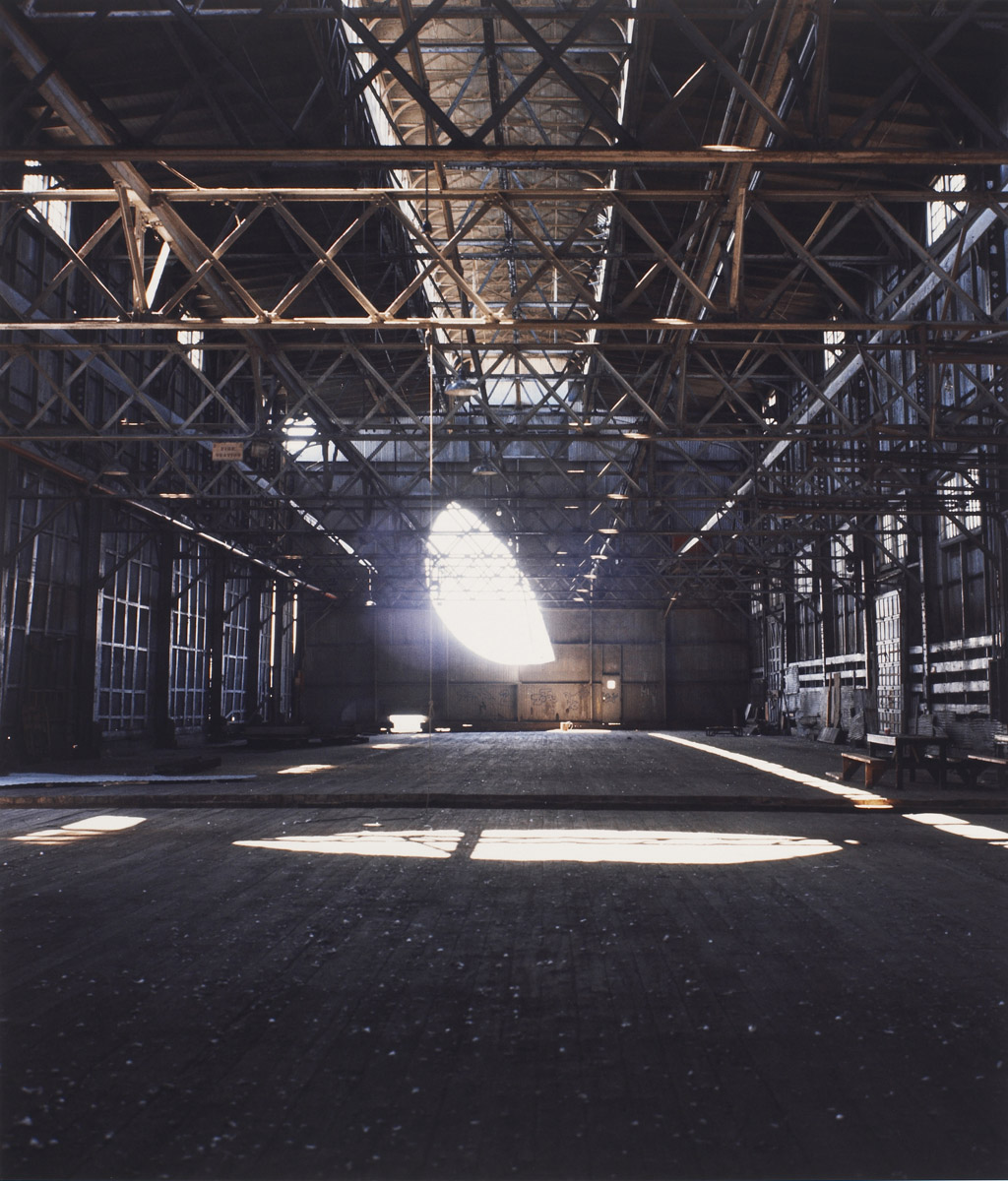 Matta-Clark's unique methodology of cutting literally the building structure provide a new visual frame of the architecture. In “Conical intersect”, he pushed further the limits of frame, vision and movement. He realized Conical Intersect in Paris Beaubourg area, next to the controversial construction of Pompidou Center. The work consists of big cuts of cones inside the building, first creating linkages within the building itself, after the building with the exterior. In a conceptual way these cuts also link together the past, the present and the future of the neighborhood. 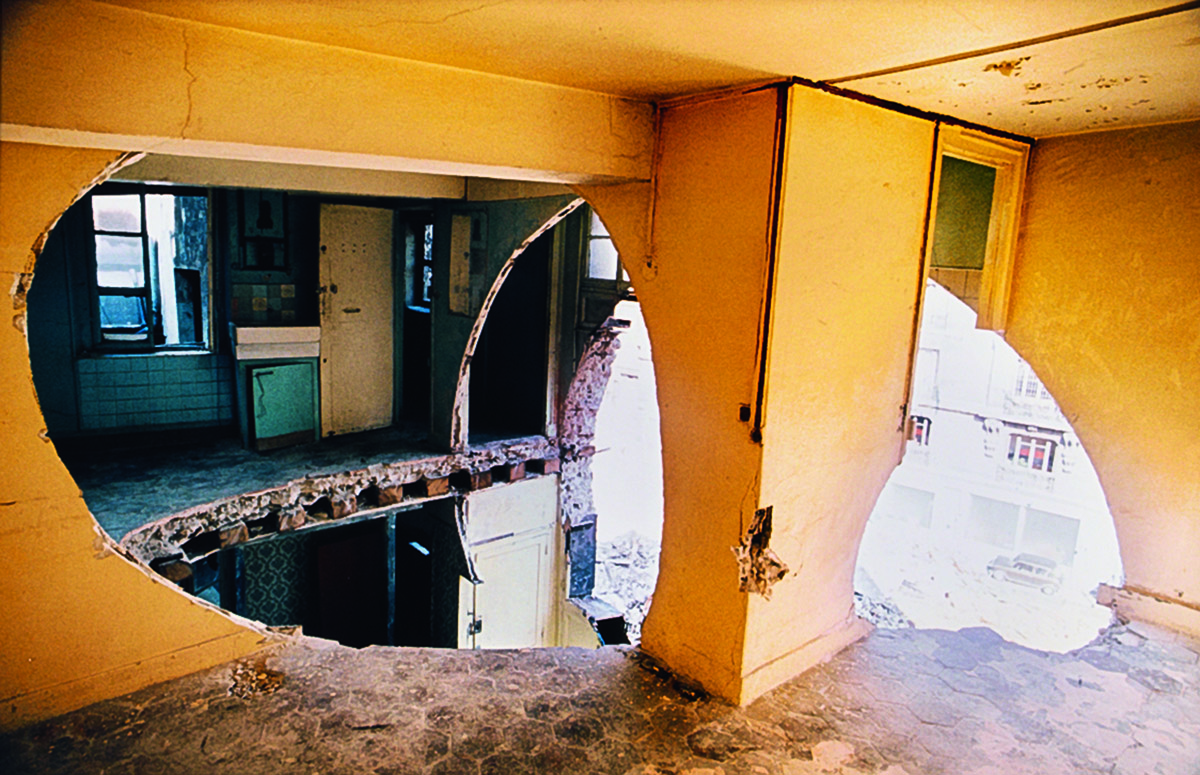 More information about the exhibition can be found here.