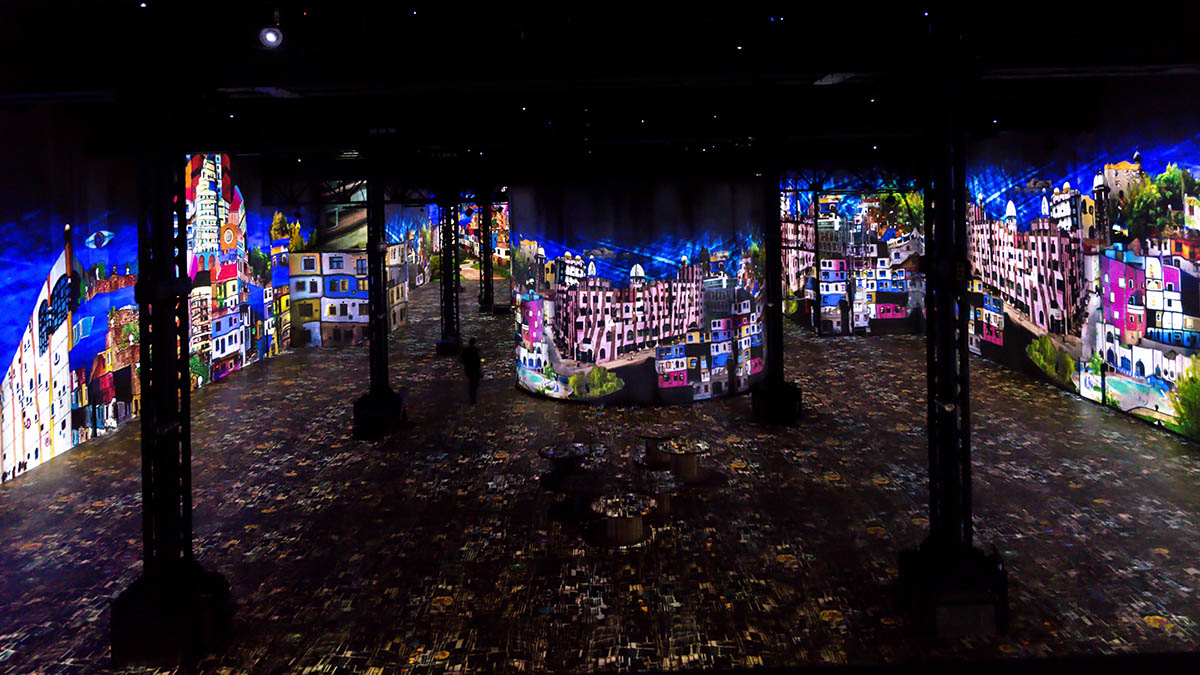 Atelier des Lumieres, the first digital art centre in Paris, which opened its door to public in April 2018, presented the work of Viennese painter and architect Friedensreich Hundertwasser (1928–2000) in an architectural scaled animated projection, giving the audience an immersive spatial experience of Hundertwasser’s historical paintings. The exhibition “Hundertwasser, in the Wake of the Vienna Secession” will be on view till Nov 11, 2018. 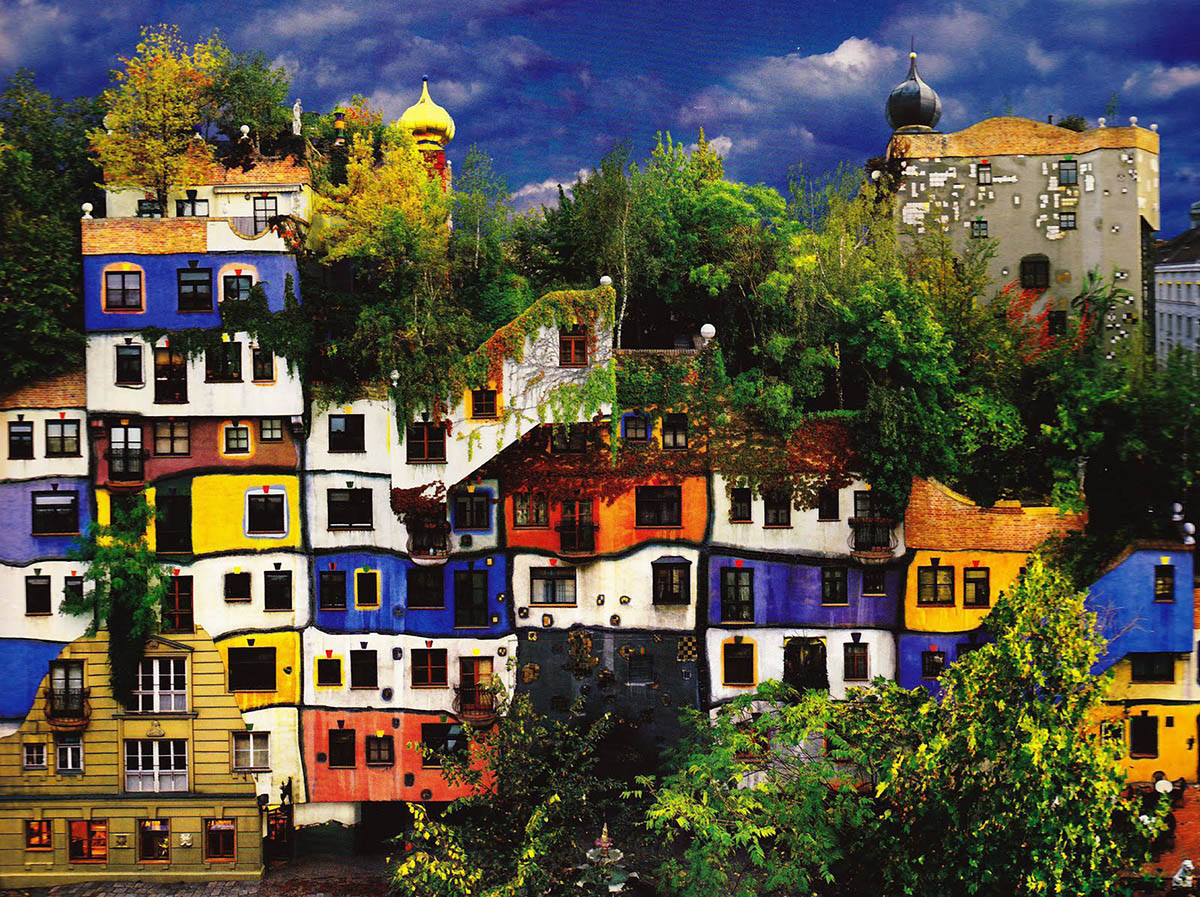 Who is Friedensreich Hundertwasser?

Like a wild kid grown up in the nature, Hundertwasser works focus strongly on environment, relationship between human and nature, whlie he refuses to bend himself into traditional architecture practice. He refused straight lines, he abandoned perspectives. 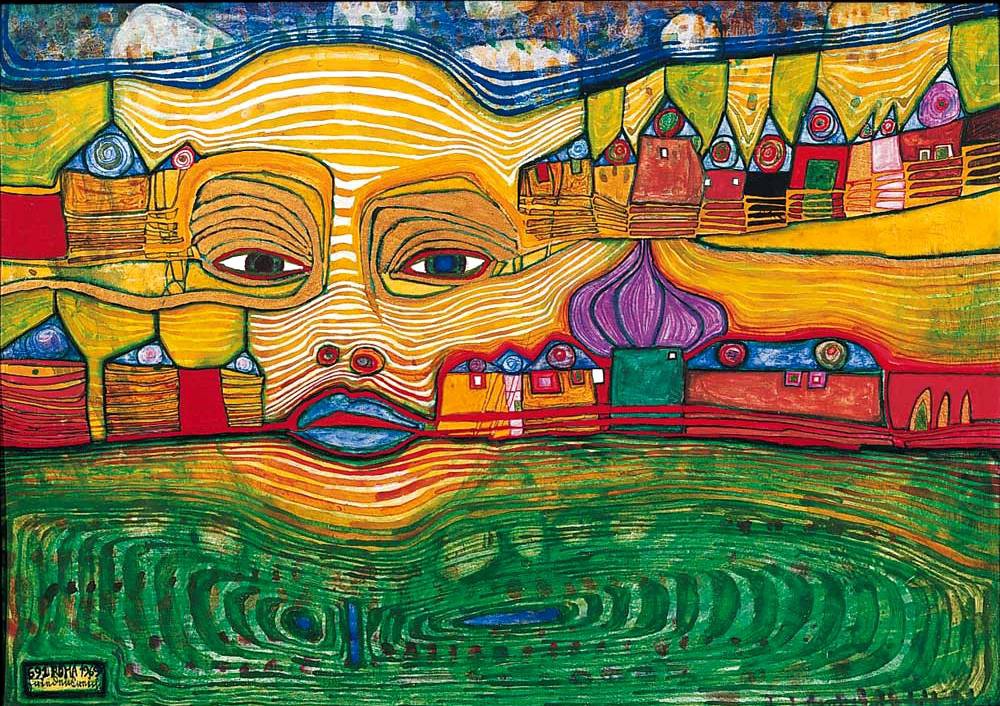 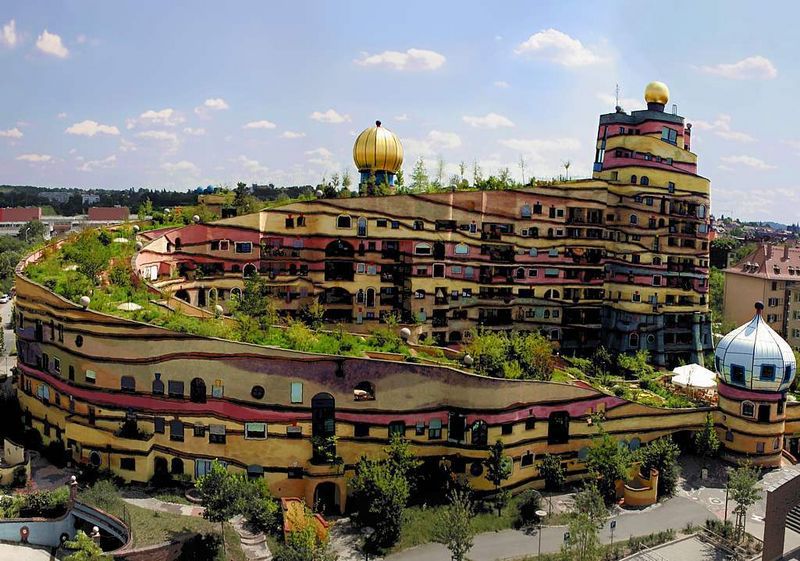 "The straight line is a man-made danger because it is completely alien to mankind, to life, to all creation." Friedensreich Hundertwasser 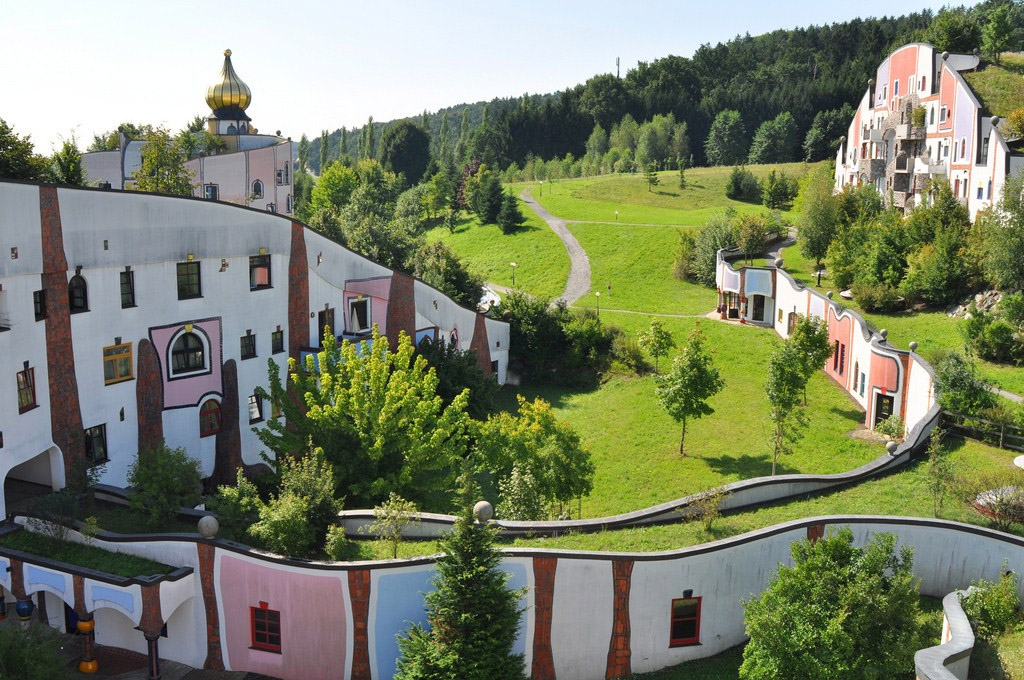 Hundertwasser’s painting is an explosion of colour that embodies the very source of life and the natural elements, in an endless spiral. His artistic work relating to architectural and human uniformity is reinterpreted using computer graphics and video animation techniques. The area within the Atelier des Lumières is transformed into a fragmented itinerary of digitized images. 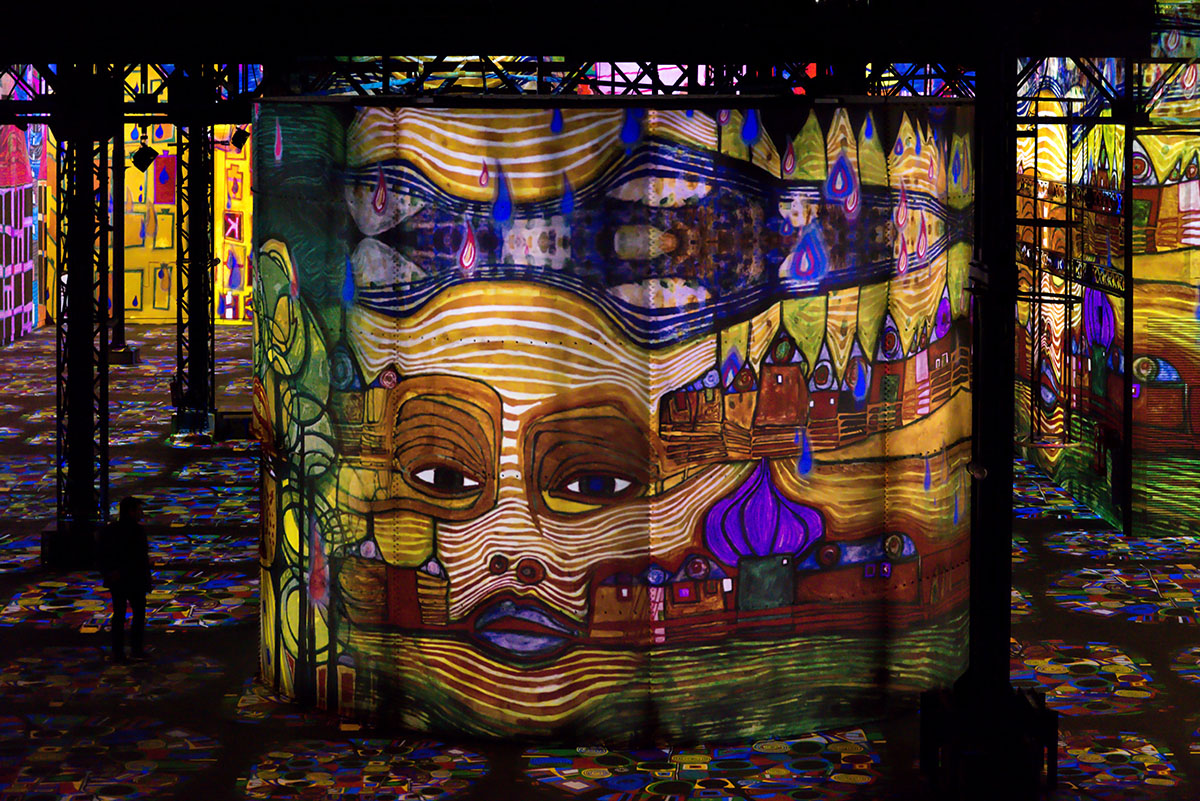 The artist’s ideal city gradually emerges on the Atelier’s monumental surfaces, in a large dynamic fresco that takes shape, composed of forms and colours that appear to the rhythm of the music. Irregular shaped windows animate brightly coloured paintings, and lines create an utopian world, in which Nature is the model and Man is at its centre. Wandering around the area within the Atelier, the visitors enter the scene and become part of the work itself through their presence. 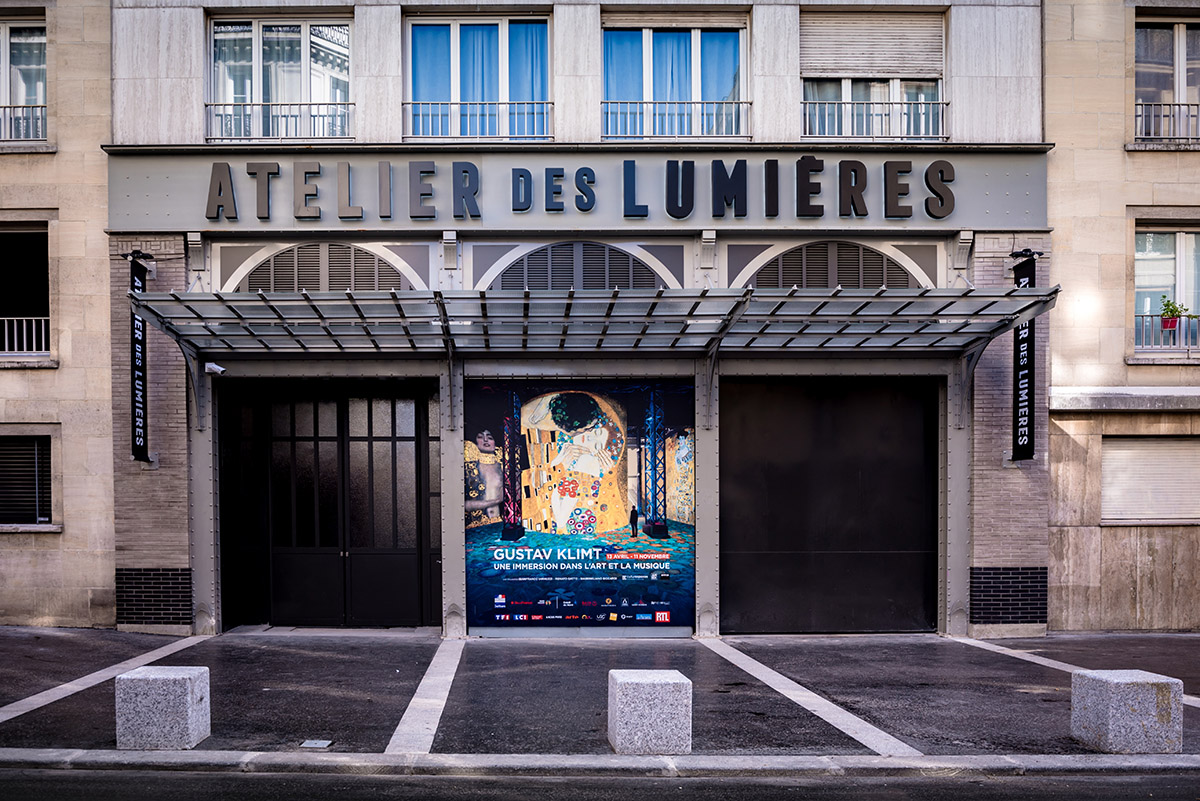 The experience in the space itself is also worth paying attention. The building was a former PLICHON iron foundry, once entering you see the original metal structure that spans the great hall. When the show starts, 140 video projectors and a spatialised sound system covered a total projection area of 3,300 m2, extending from the floors to the ceilings and over walls up to ten meters high. The projection of the work over the historical building elements like chimney and drying tower, bring us a completely new experience on both the building and the works. 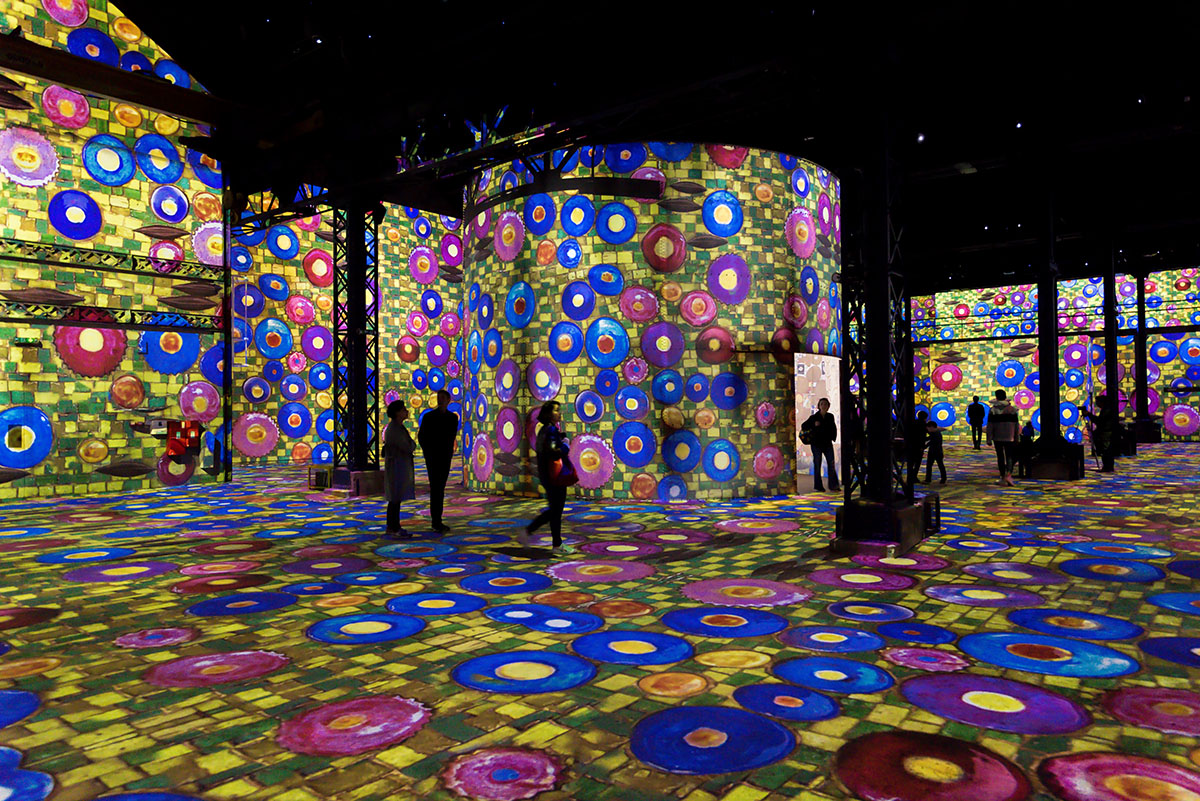 "The role of an art centre is to decompartmentalise, and that is why digital technology is so important in twenty-first-century exhibitions. Used for creative purposes, it has become a formidable vector for dissemination, and is capable of creating links between eras, add dynamism to artistic practices, amplify emotions, and reach the largest possible audience," said Bruno Monnier, the President of Culturespaces.

* The work of Gustav Klimt is also on view in Atelier des lumieres till Nov 11, 2018. More info about the exhibition can be found here.