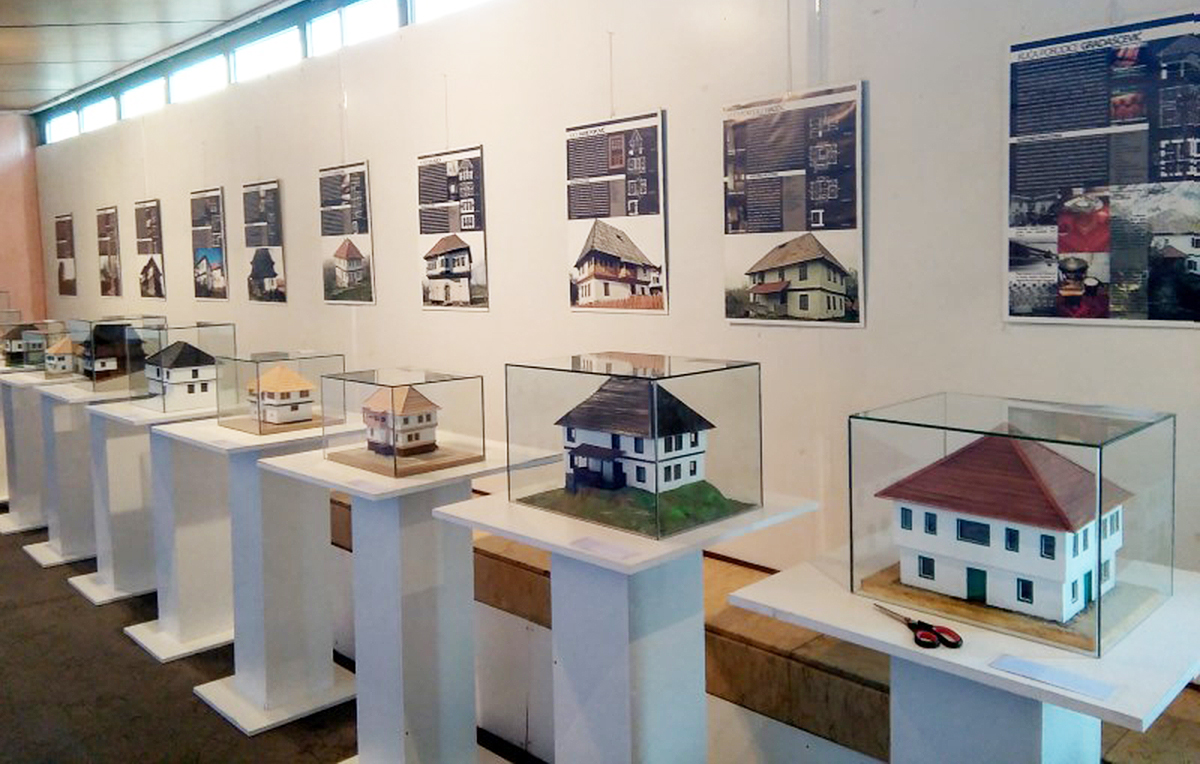 In this exclusive interview, we are reflecting on the architectural scene from different perspectives and will discuss the latest news on industrial and vernacular architecture in the city of Tuzla in Bosnia- Herzegovina.

The exhibition "House of Northeastern Bosnia" is promoted since year 2015 throughout Bosnia- Herzgovina by the Institute for Protection and Preservation of Cultural, Historical and Natural Heritage of Tuzla Canton. Another valuable project is the "Presentation and affirmation of national monuments of the Tuzla Canton in electronic and other current media" which is implemented this year. Part of this project is the "Production of salt in Tuzla - Industrial heritage", which in 2007 became a national monument and first industrial heritage complex in Bosnia-Herzegovina.

Tijana Veljkovic is a PhD student at the Mimar Sinan Fine Arts University in Istanbul and former external associate at the Institute for Cultural, Historical and Natural Heritage in Tuzla. Tijana is the author of the exhibition on vernacular housing architecture in Northeastern Bosnia, which consists of ten models of traditional Bosnian houses and seventeen exhibition boards; together with curator of the exhibition Emil Mujkic, associate for historical heritage.

Emina: You were working at the Institute for protection of cultural-historical heritage and natural heritage of Tuzla Canton in Bosnia-Herzegovina. How did the idea of documenting and presenting the traditional housing architecture in Northeastern Bosnia develop? Why did you create this collection?

Tijana: Until the Venice Charter had been adopted in 1964, vernacular architecture hasn't been considered a valuable cultural asset. As a consequence, public awareness and a legal framework haven't been developed enough to save these buildings from demolition and complete disappearing. Many settlements in the northeastern region of Bosnia have been demolished and substituted for contemporary houses, putting the vernacular architecture at risk. 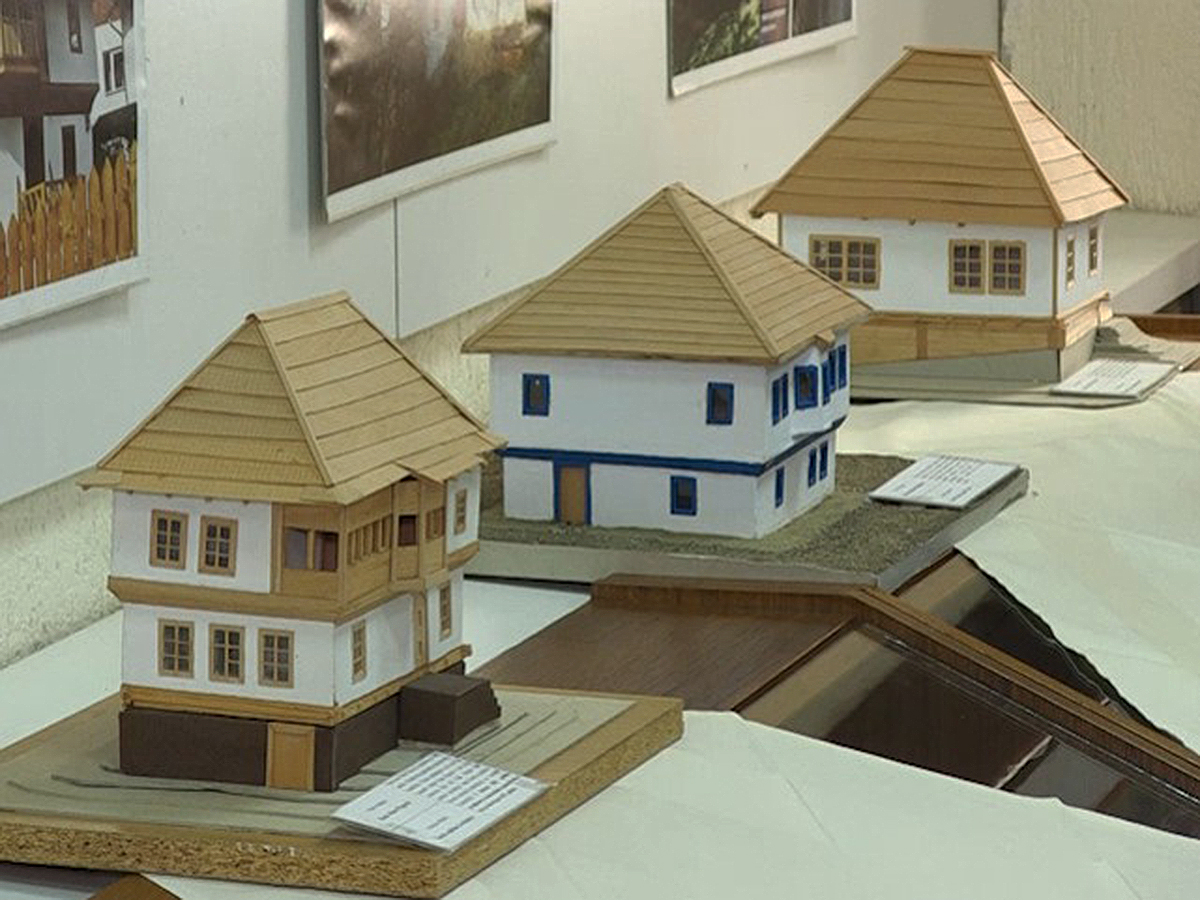 Emina: How did you develop this presentation format and how can it be used in education? What was the purpose?

Tijana: The presentation needed to be simple and clear in order for it to be appealing enough to the wider public. Therefore it contains only the classification of traditional houses and their characteristical features, which can be used as a base for future scientific and more detailed research.

Emina: What exactly does the collection contain? Only visuals of the projects or the complete project information information on materials, development, architectural characteristics?

Tijana: The collection is made of existing houses which previously haven't been documented. We collected information about their history with the help of their residents and from their historical records if any. Followed by a field study we have created a typological separation based on existing literature and presented it in a form of an exhibition, which also contained wooden models made by high school students from Tuzla. 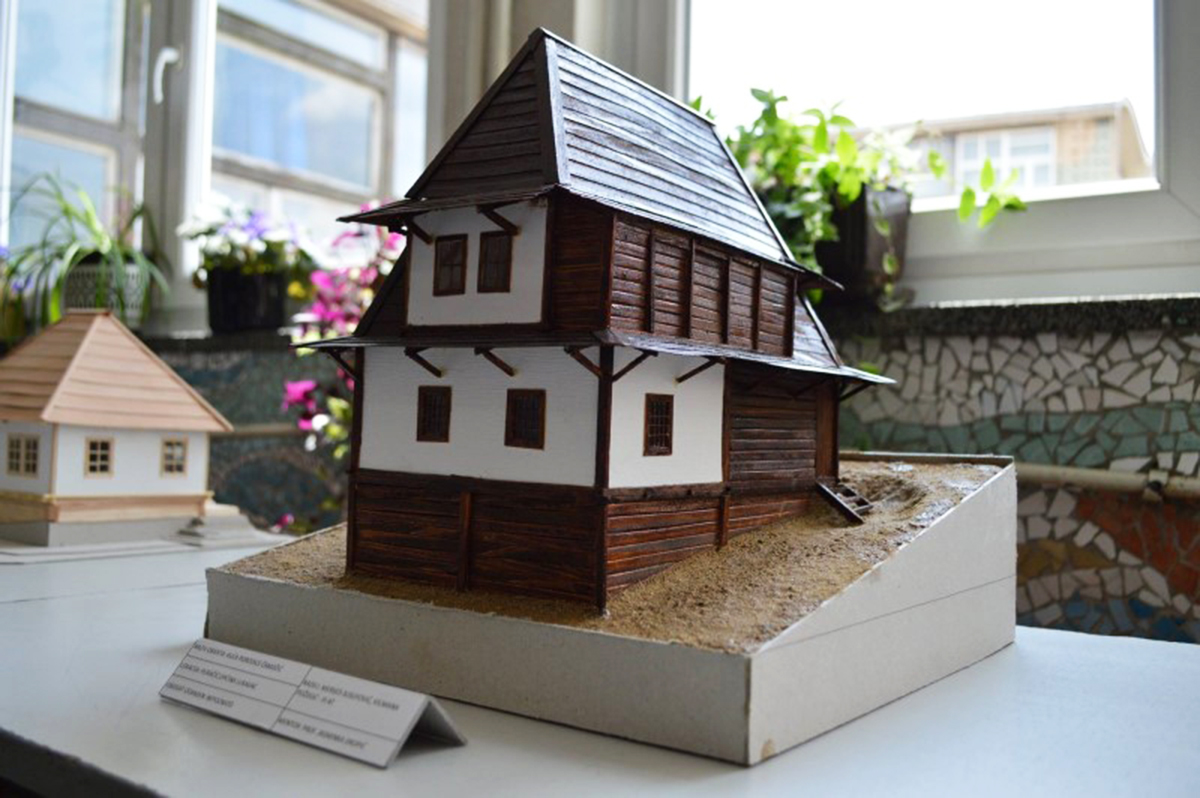 The exploitation of salt water and the production of salt in Tuzla is known from neolithic time to the present. The first mention of the name Soli in historical documents is from 1225 as the larger parish or the land of Soli. According to the Institute for Cultural, Historical and National Heritage of Tuzla Canton, the names of the Jala river going through Tuzla and area called Jala, are considered to come from the same prachor as the words of the Greek Jalos and the German Halle. The complex "Production of Salt in Tuzla - Industrial heritage" consists of three parts: old Kreka building with chimney, workshops, warehouse building, and the Salt Production Museum; a complex of wells with a pumping station; and the Salt well. In 1985, a permanent exhibition "Salt Industry in Tuzla from the prehistory to the present" was established and physically connected with the preserved production hall.

Emina: You are working now on industrial heritage in Tuzla. What is so interesting about this topic and how is it connected to any cities development or renewal? What is this context about, especially in the "City of Salt“?

Tijana: Industrial heritage is one of the later added heritage categories. Urban transformations in brownfield areas aided to economic and social developments in cities worldwide, by rehabilitating empty industrial spaces into creative industries or for commercial purposes. These processes have failed to be implemented in Bosnia and Herzegovina for various political and social issues the country has faced in the previous years. The case of Tuzla, whose name originated from the Turkish word for salt (tuz), was an industrial city, with many lost industrial heritage buildings and the existing salt production facilities which have been proclaimed as national monuments. 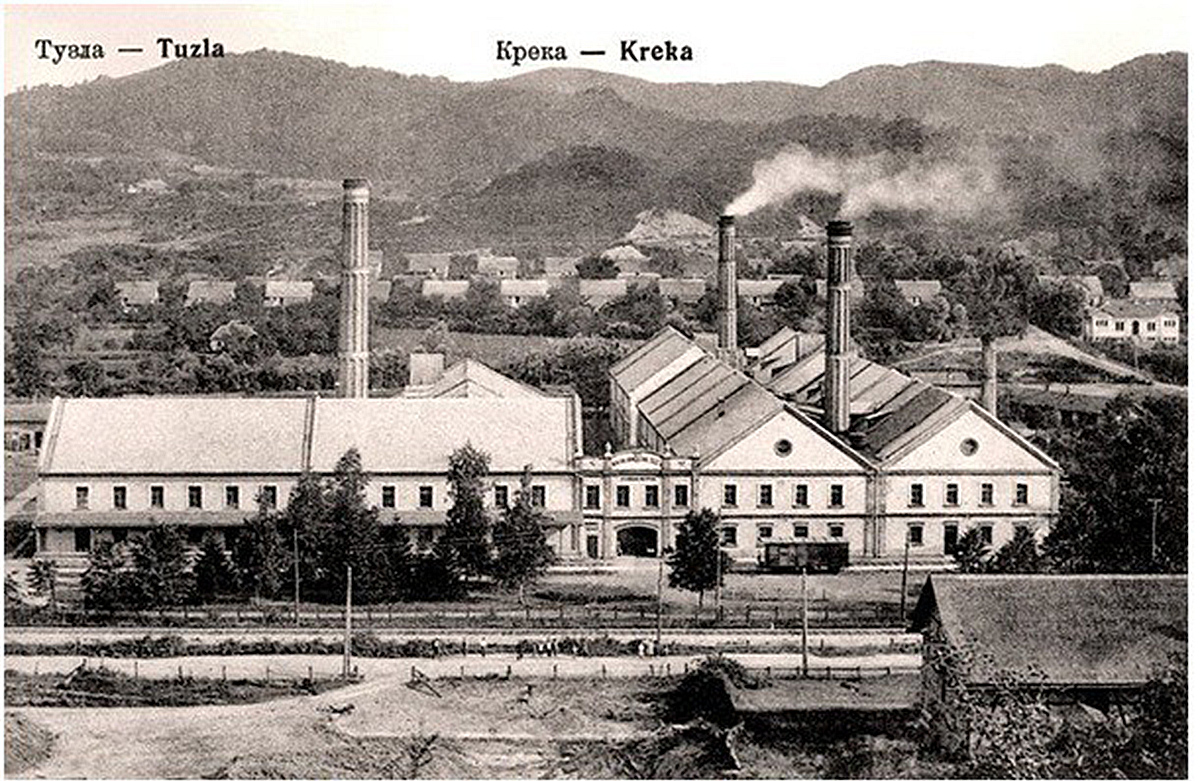 Emina: What are the benefits to economic growth and heritage value preservation of industrial buildings?

Tijana: The industrial revolution had a huge impact on rapid urbanization processes and social changes. By preserving the material evidence of this period we preserve the identity of the place, provide employment opportunities by adapting spaces to contemporary needs and catalyze future investments in business developments.

Emina: What methodologies can be used in working on industrial heritage buildings?

Tijana: In order to protect industrial heritage, field studies and research on their social and physical context need to be done. For this purpose, it is necessary to collect written historical photographic and technical documents and evaluate their intangible value in the collective memory of local residents. 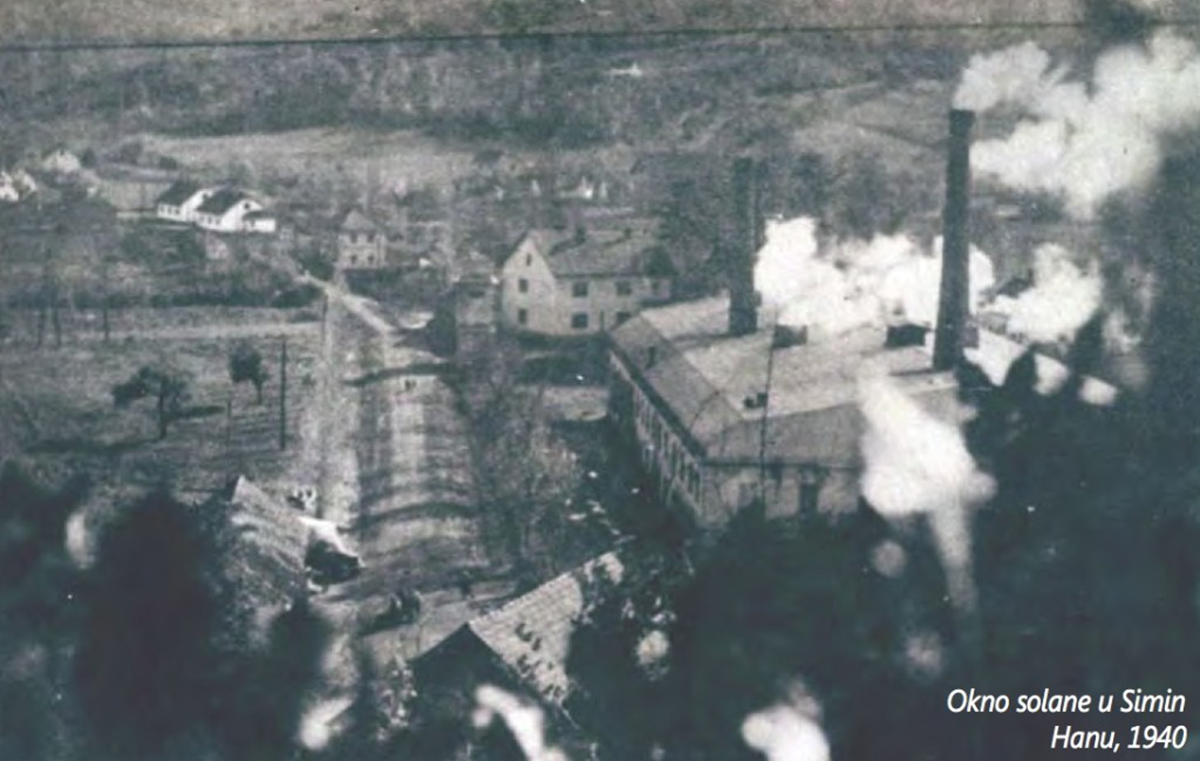 Emina: Could you tell us of interesting examples of such buildings turned into another function and use?

Tijana: Many cases have been criticized for commercializing industrial heritage sites, but these sites also offer possibilities for attractive contemporary architectural interventions. Some of the most impressive examples that succeeded in both preserving heritage and architectural production are the London Docklands, Zollverein, the Poblenou district and many more.

Emina: How do new digital tools foster architecture students, contribute to their academic and professional careers, and can be used in the promotion and preservation of cultural-historical heritage?

Tijana: Recent technological developments have become major assets for recording and presenting architectural heritage. By applying GIS and BIM technologies objects can be studied within their urban and social context, providing an in-depth analysis and most probably a more sustainable outcome. 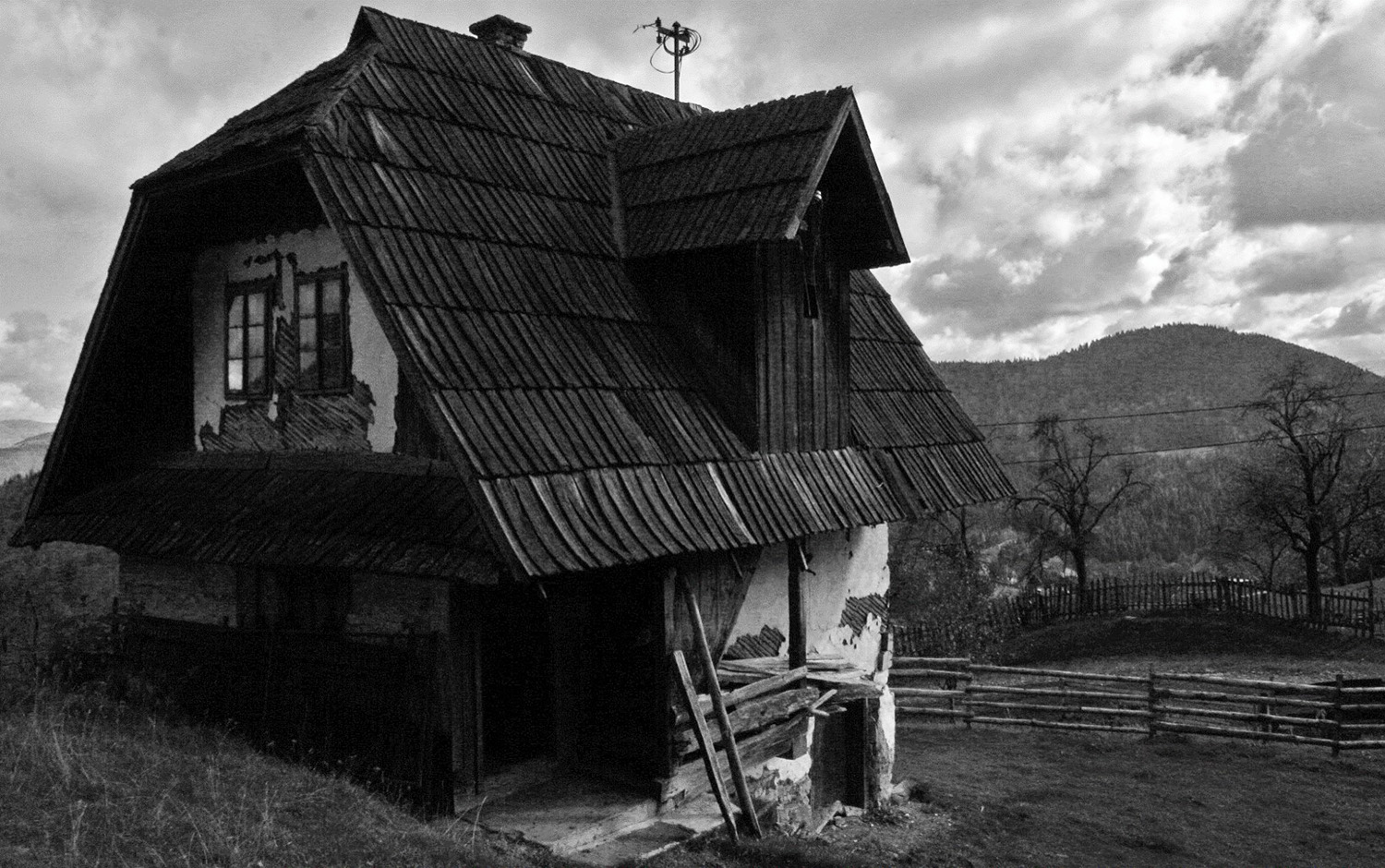 Emina: As an architecture PhD student in Cultural-Historical Heritage Restoration, what would you suggest to students to improve their knowledge, interest and skills in this field of architecture?

Tijana: The charters adopted by international organizations like ICOMOS, UNESCO, TICCIH and others,  should serve as a basis for developing projects on historical objects and sites. It is also essential to study the context each individual site is located in, as heritage contains tangible and intangible values that need to be properly protected and represented. 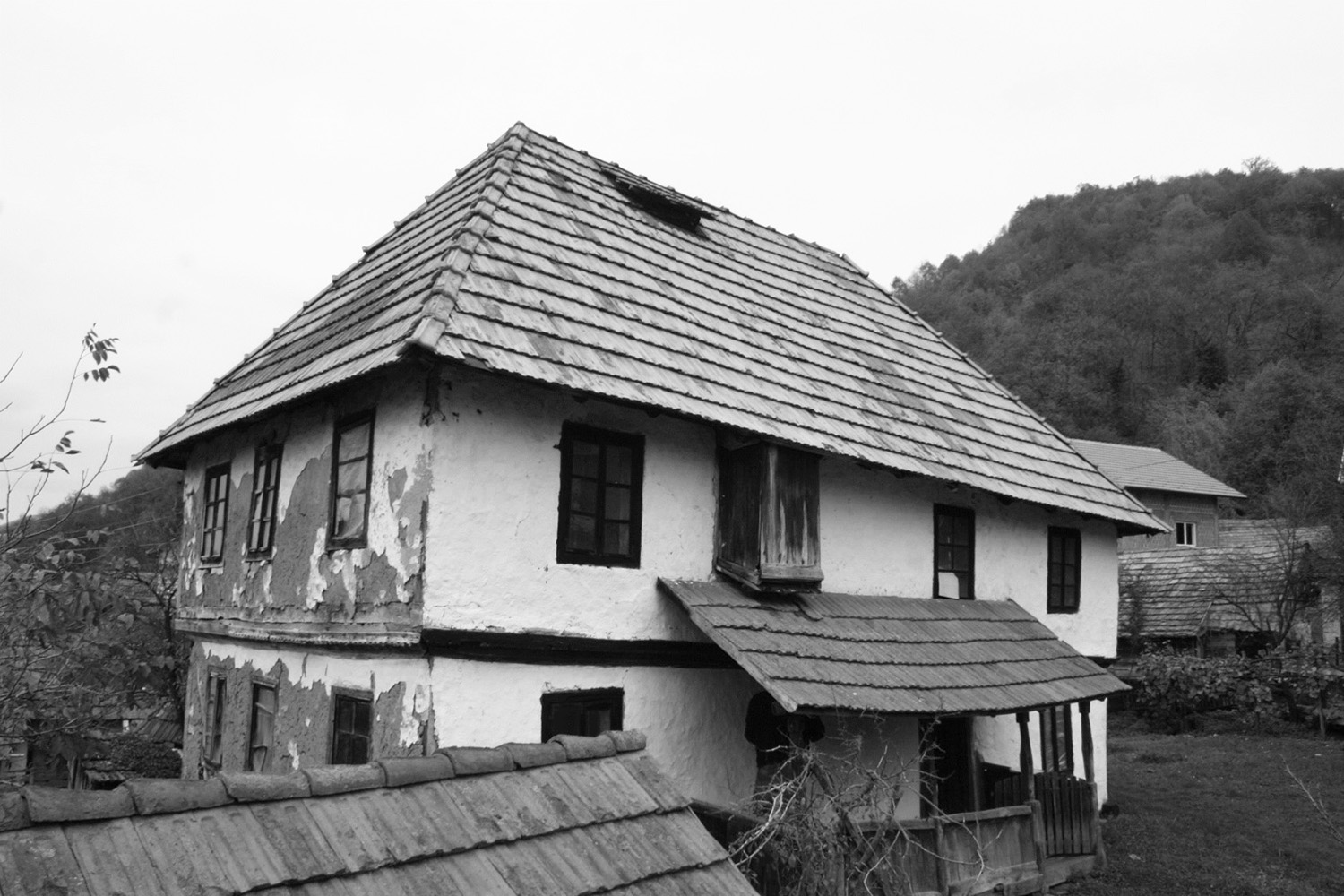 Emina: Are there any books you would recommend to our readers, students and professionals, on Traditional Housing in Bosnia- Herzegovina to be read?

Tijana: A few authors can be selected as important contributors to studies in the traditional housing of Bosnia and Herzegovina, such as Muhamed Kadić, Astrida Bugarski, Ahmet Hadrović and Hamdija Kreševljaković.