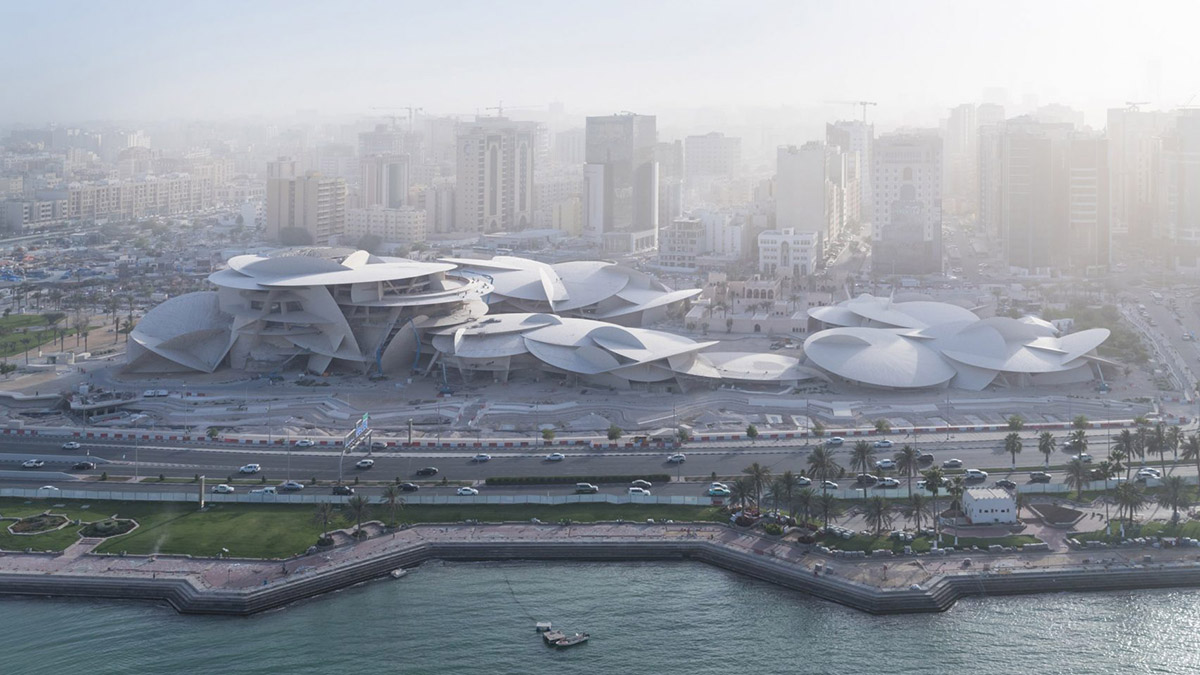 French architect Jean Nouvel's National Museum of Qatar has been released in new images photographed by architectural photographer Iwan Baan. The new images show the interlocking disc-formed structure is nearing completion in Doha, as the building is set to open in December this year.

The 53,000-square-metre complex is inspired by the desert rose growing out of the ground and situated around the original Emiri palace. Comprised of a series of interlocking discs - having various dimensions and sizes, the structure presents an organic and fluid geometry as if it is rising from the ground, and these discs are scattered irregularly to create a new spatial organisation on a rectangular plot. 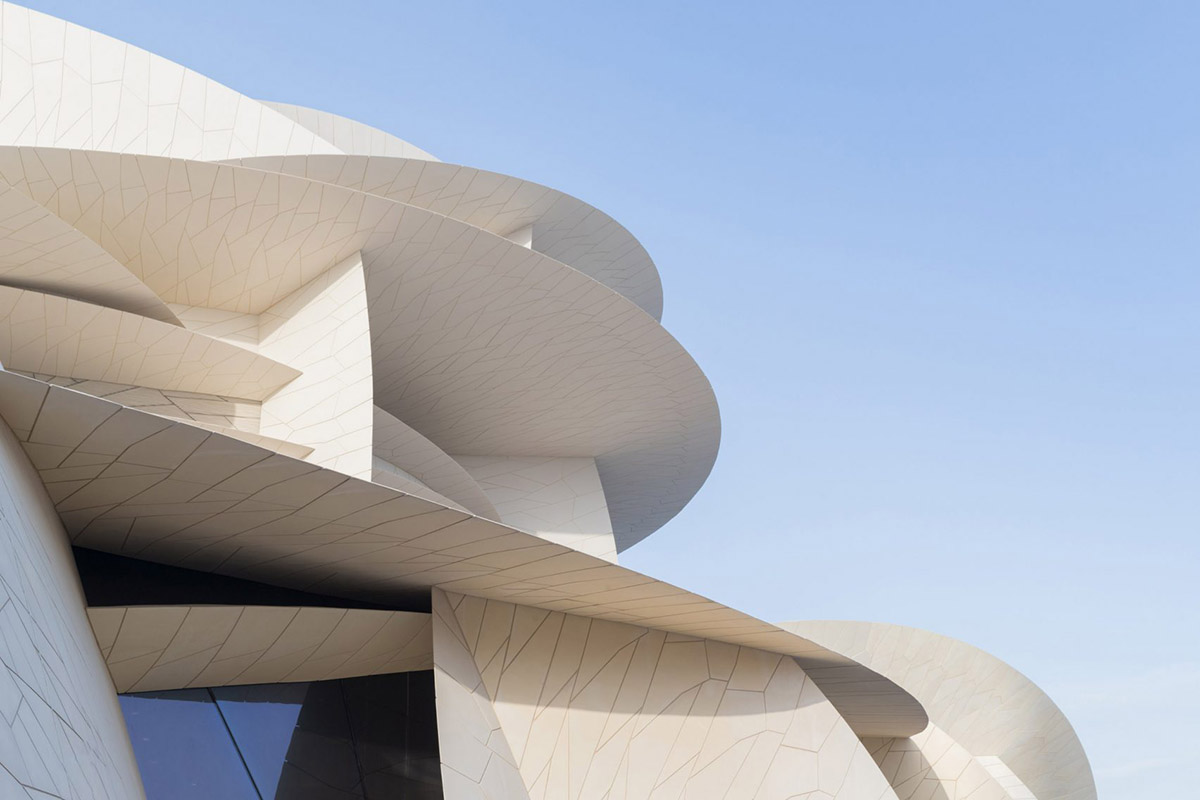 The museum, designed as a cultural hub for the public, students, and museum professionals in Doha desert, will include a wide range of programmes alongside its gallery spaces. 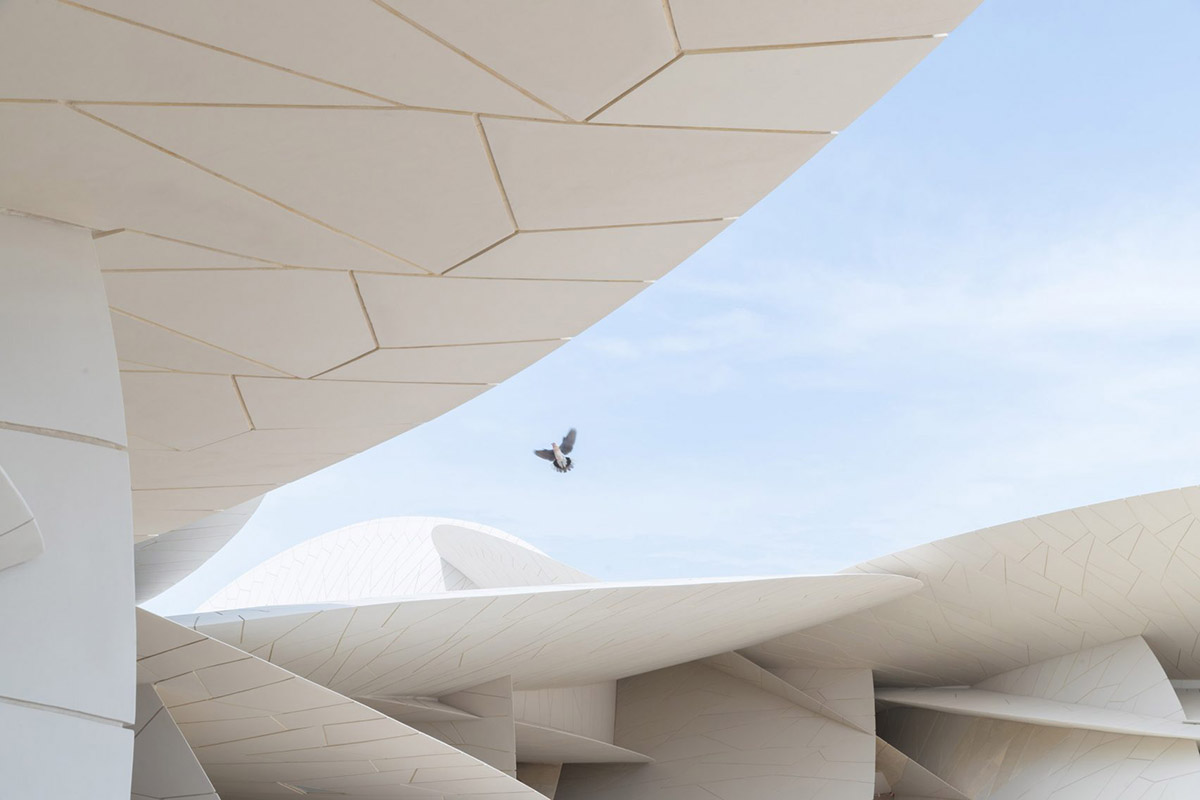 When completed this year, the museum will celebrate the culture and heritage of Qatar and its people, embodying the pride and traditions of Qataris while offering international visitors a dialogue about rapid change and modernisation. The National Museum of Qatar will represent the past, present and future of Qatar through exhibitions, educational activities, cultural site visits, and technology-based programming.

The scheme's interlocking discs are made of steel truss structures assembled in a hub-and-spoke arrangement and are clad in glass fiber reinforced concrete panels. Columns concealed within the vertical disks carry the loads of the horizontal disks to the ground. 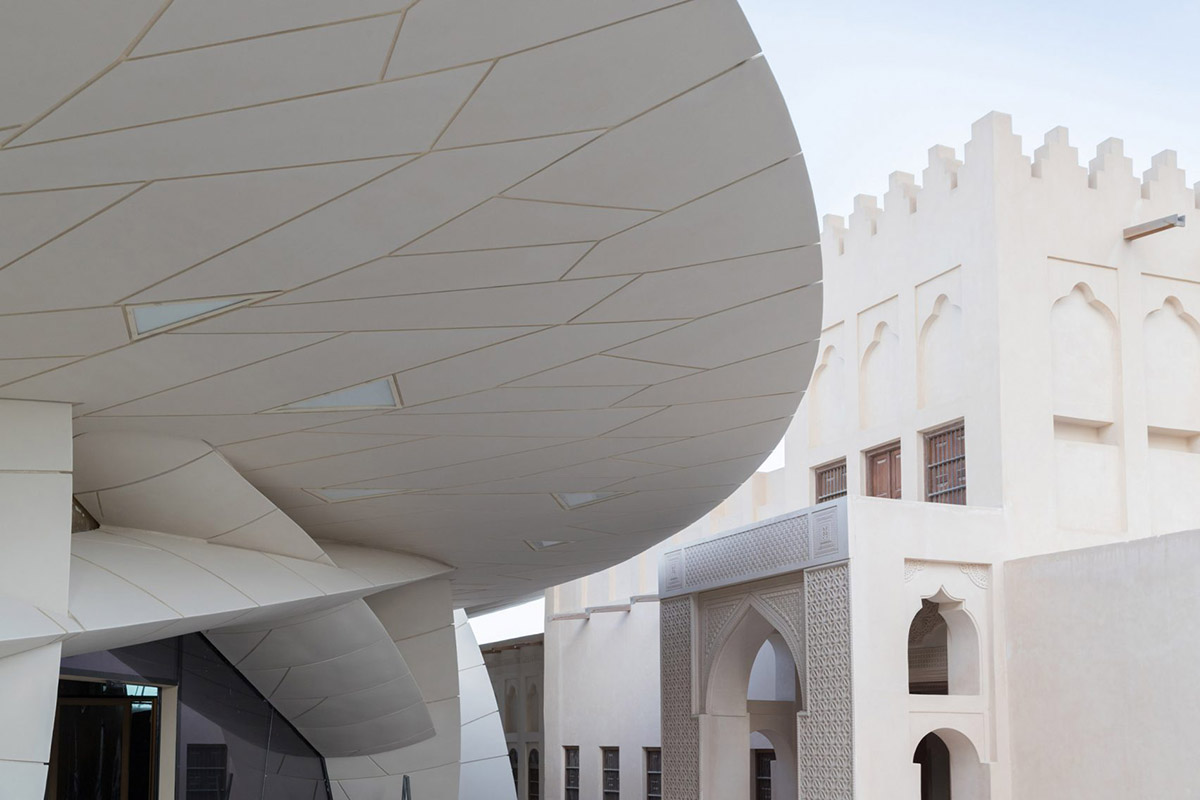 As the museum is nearing completion, the original Emiri palace has also been renovated to create a dialogue between past and the museum. 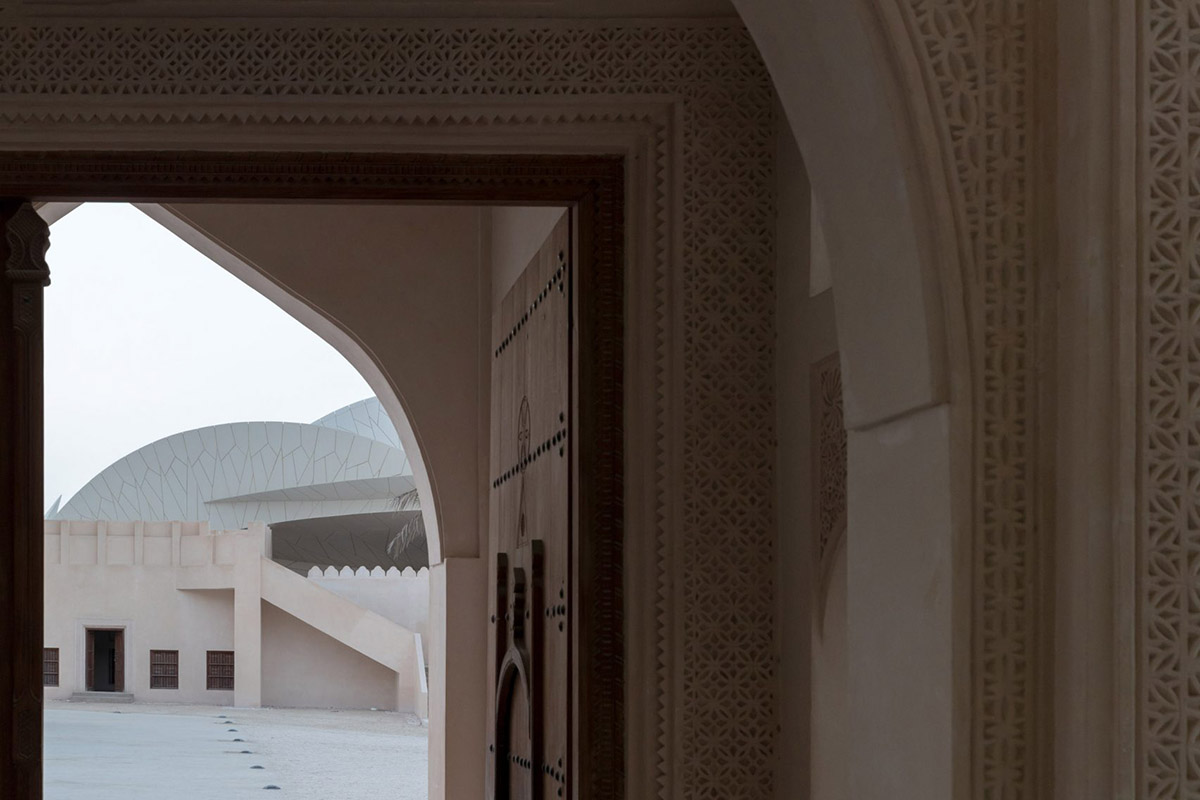