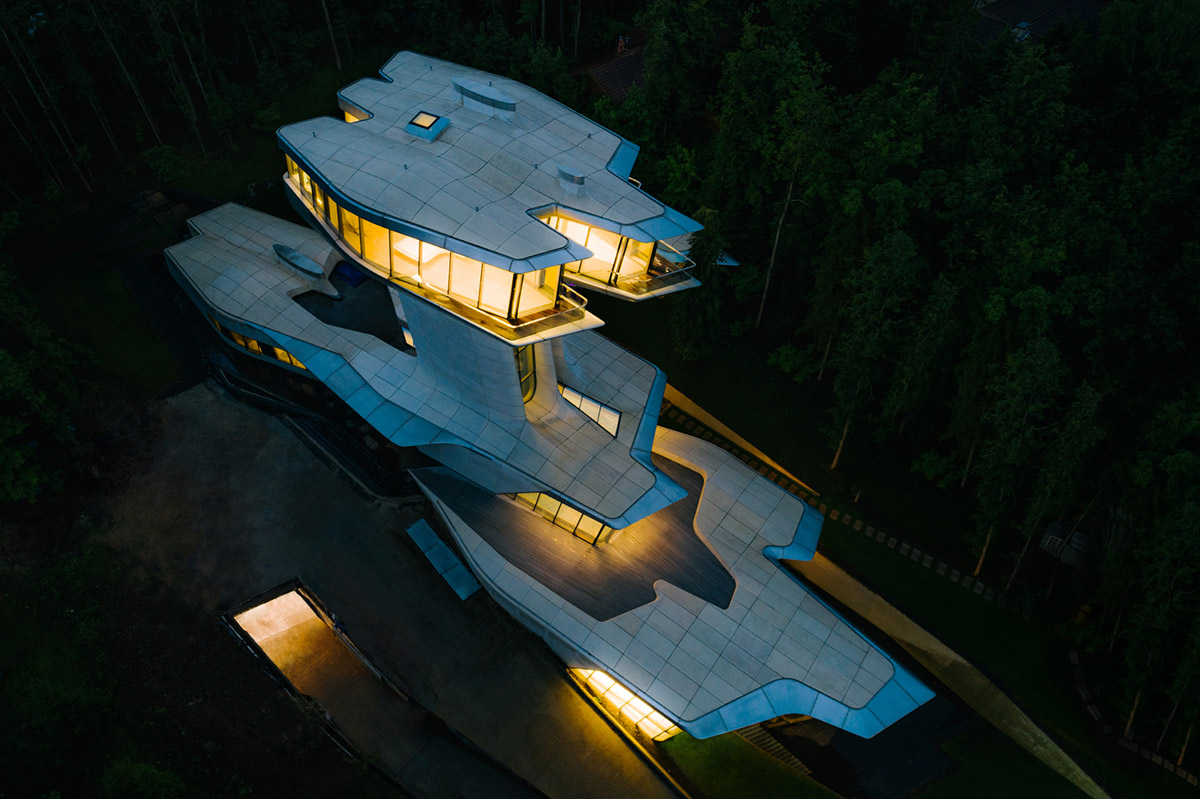 Zaha Hadid's first private residential home has finally been completed on the north-facing hillside within the Barvikha Forest near Moscow, where pine and birch trees grow up to 20m high.

Commissioned by Russian businessman and philanthropist Vladislav Doronin, who also runs real estate companies OKO Group and Capital Group and a luxury and resort hotel brand Aman, the "specaship-looking" residence is the only private home that Hadid had designed in her lifetime. 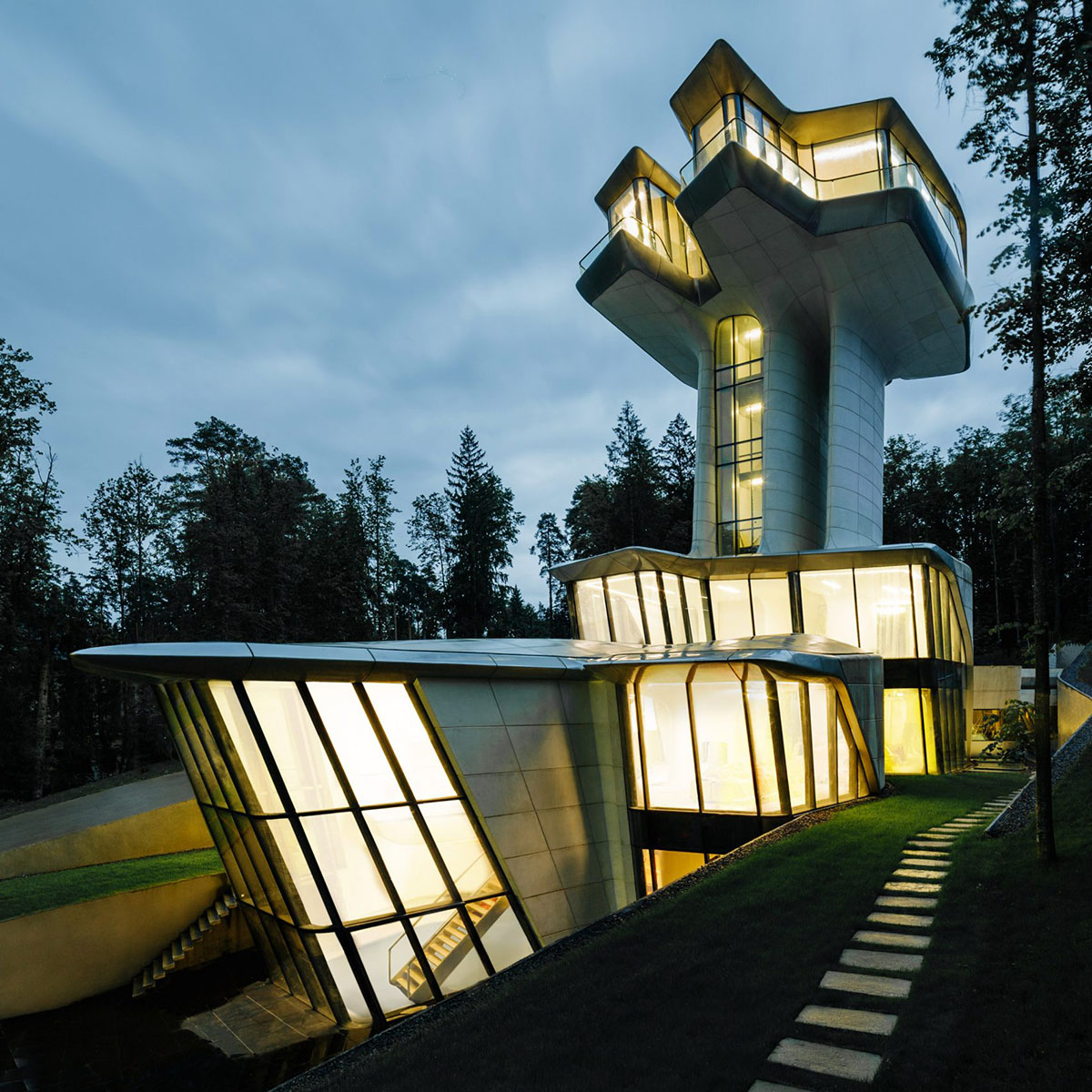 Called Capital Hill Residence, the 2,650-square-metre house is comprised of two major components: the first part is merged with the sloping forested landscape, while a separate tower floats 22 metres above the ground to provide a spectacular view of the forest over the trees. 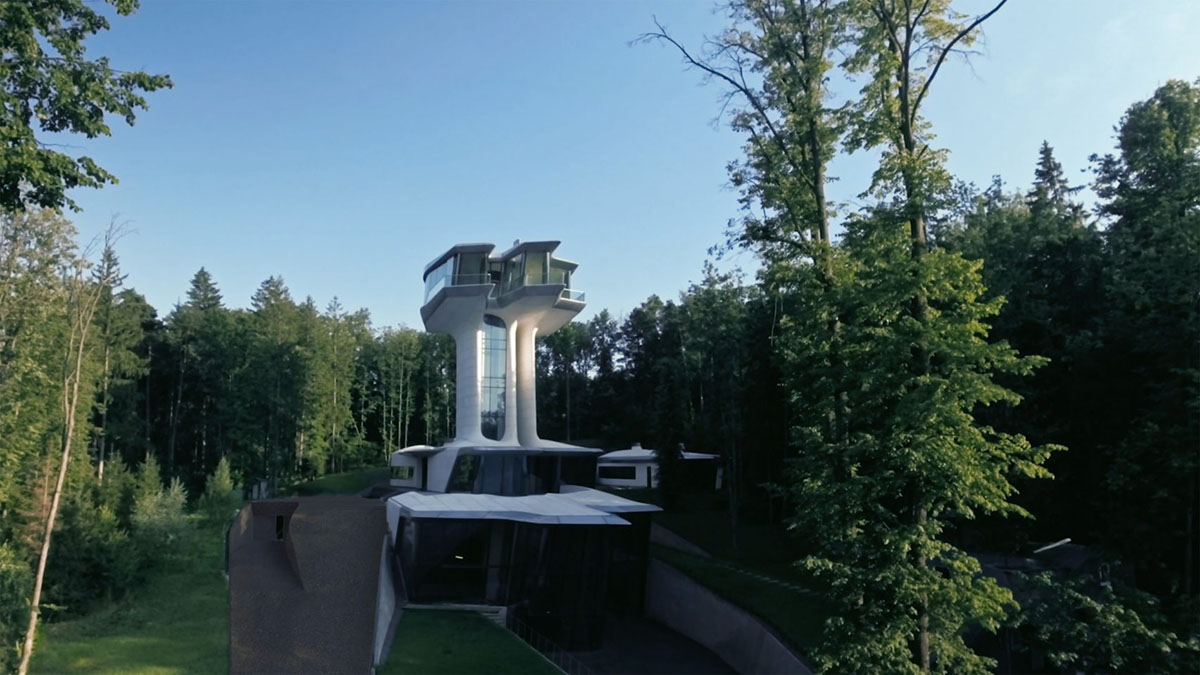 "I want to wake up in the morning and I want to just see blue sky. I don't want to see any neighbors and I want to feel free," said Doronin in a new video discussing the project.

Then, Doronin recalls that "do you realise you have to be above the trees?" and "she just took a napkin and drew the sketch. I looked and I said I liked it and this is how we started the Capital Hill project."

"It's a dream house. No architect would refuse such a commission," he added in the video. "Zaha knew Vladislav – a very stylish man – she always compared him to the Russian James Bond who had taste, wealth to create something extraordinary." 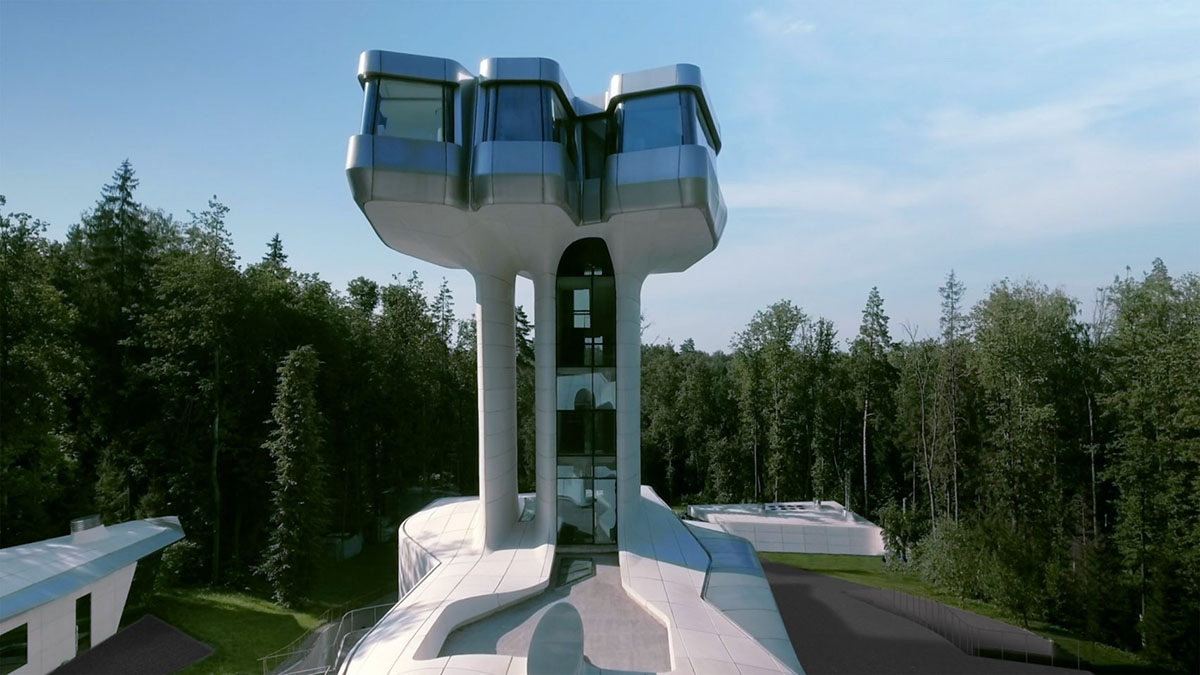 The form of the house is derived from its natural topography resulting in fluid geometries like emerging from the landscape and remaining partially embedded within the hillside. 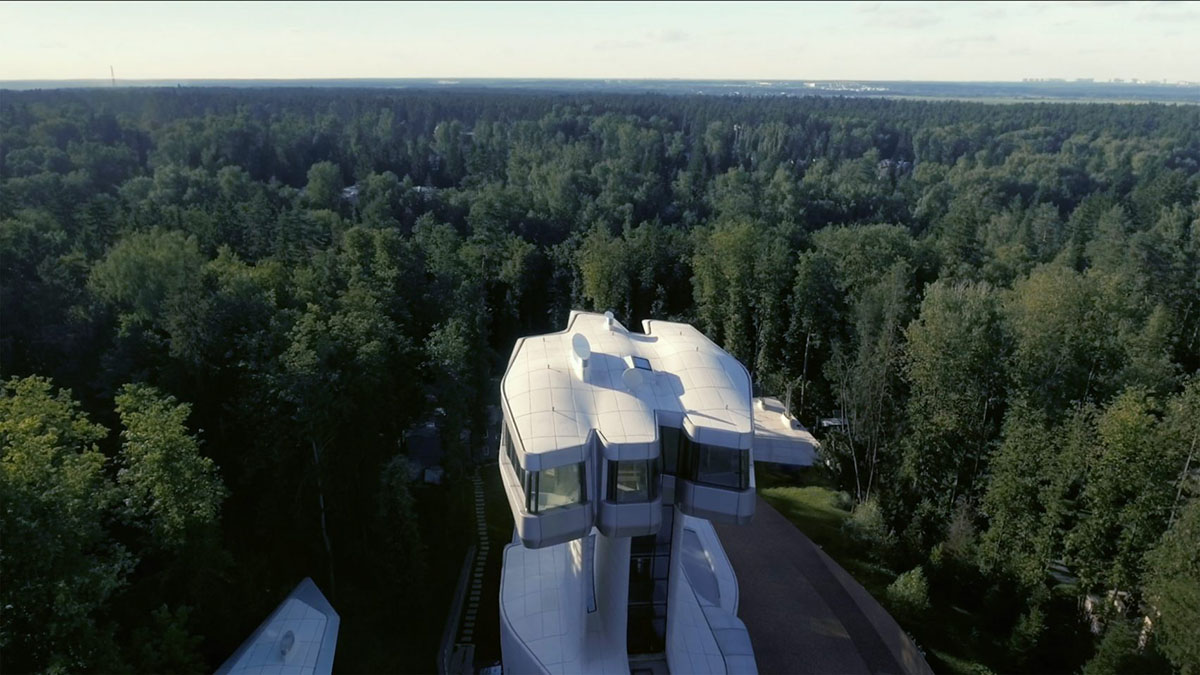 On the first floor, the architect designed entrance foyer, library, a guest room and children's room in order to easily be accessible, while the master bedroom suites, with exterior terraces are situated on the upper level above the treetops.

Three concrete columns are connected with the two main components of the house, which creates a direct dialogue between these levels while also functioning as structural elements. 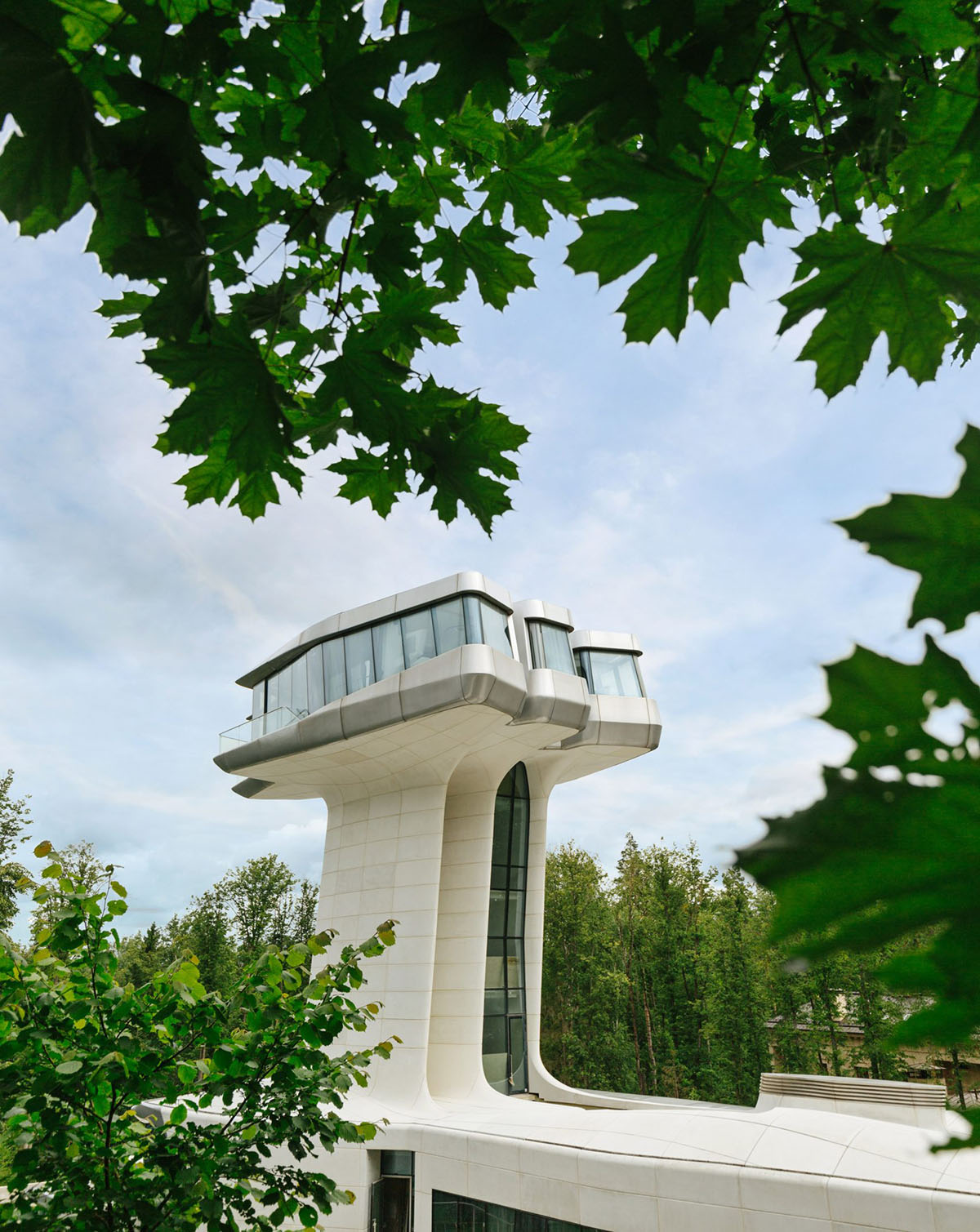 As always seen in Hadid's architecture, the house features an irregular geometry harmonised with vertical and lateral windows, creating like a "flowing" effect within a wild forest. Some structural part of the house becomes thick, while some vertical components seem thin and naive. But, in the house, the balance between the lighting and overall massing are well proportioned to reveal itself as "spaceship" in reasonable scale.

Hadid placed vertical shafts for circulation and services between two of the columns and incorporate a transparent glass elevator and staircase. 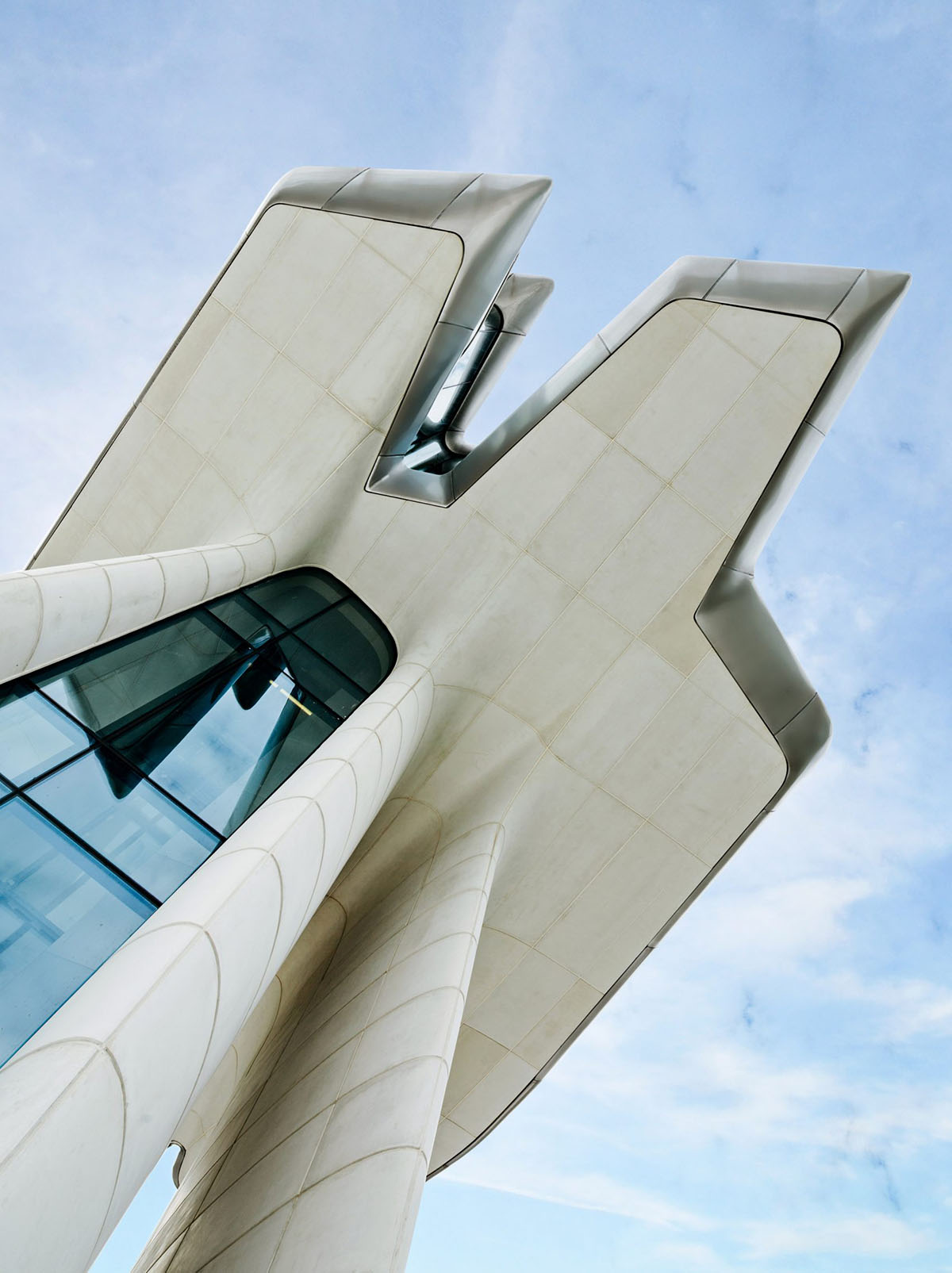 The main entrance of the residence is designed on the first floor where the three concrete columns intersect with the roof, defining skylights and double-height space. A double-curved cast concrete structure frames the view to the forest from the living room, while also supporting the roof by dividing the living areas.

"I met Zaha in London a decade ago at an event," explained Doronin. "We were both impressed by and attracted to the works of Kazimir Malevich and El Lissitzky. We spent the rest of the evening speaking about art and design. It was during this meeting I decided I wanted to work with her on a real estate project." 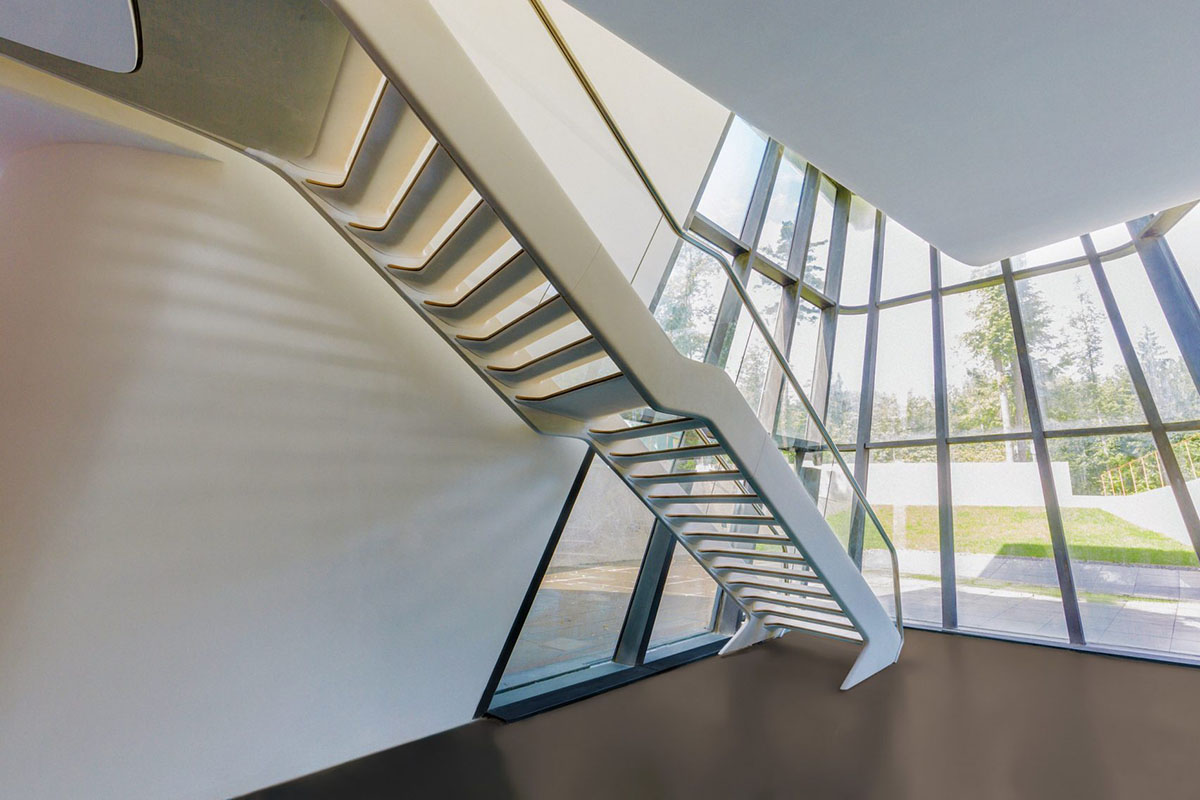 "The renderings produced by Zaha were exceptionally detailed and I remember thinking at the time, there is no way the building is going to look like this in reality," added Doronin. Yet, when the structure was completed earlier this year, they were all but identical. "In all my real estate career, I have never seen renderings so true to the final product."

"It was a unique feeling, seeing something you have meticulously planned become reality," he explained. "I have experienced this before with many other projects and seen huge skyscrapers erected, forever changing the skyline, but I couldn’t believe I had managed to build this home together with Zaha."

The project was first commissioned in 2006 and the first conceptual images were revealed in 2008. The latest images released by OKO Group now show that the Capital Hill Residence is fully completed in Russian forest.

All images courtesy of OKO Group