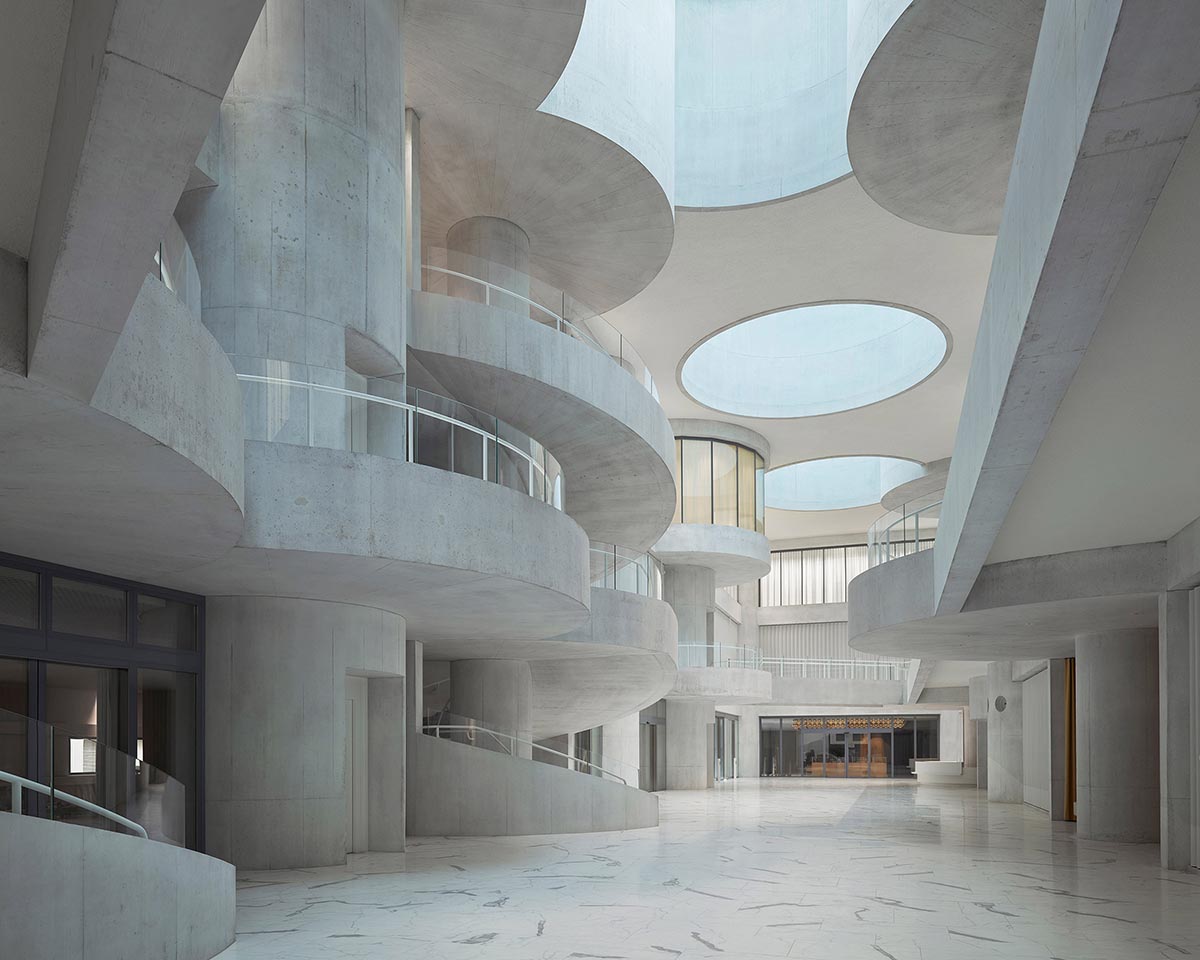 Basel-based architecture studio Christ & Gantenbein has completed a new flagship building for Swiss chocolate brand Lindt alongside its headquarters located in Kilchberg near Lake Zurich on the outskirts of Switzerland‘s most populous city.

Named Lindt Home of Chocolate, the 21,540-square-metre building features an interactive, immersive exhibition about chocolate, a research and development facility for future chocolate recipes, a production plant, a chocolate shop, a cafe, and offices.

All units are connected by spiraling staircases and cascading walkways crisscrossing a vast atrium. 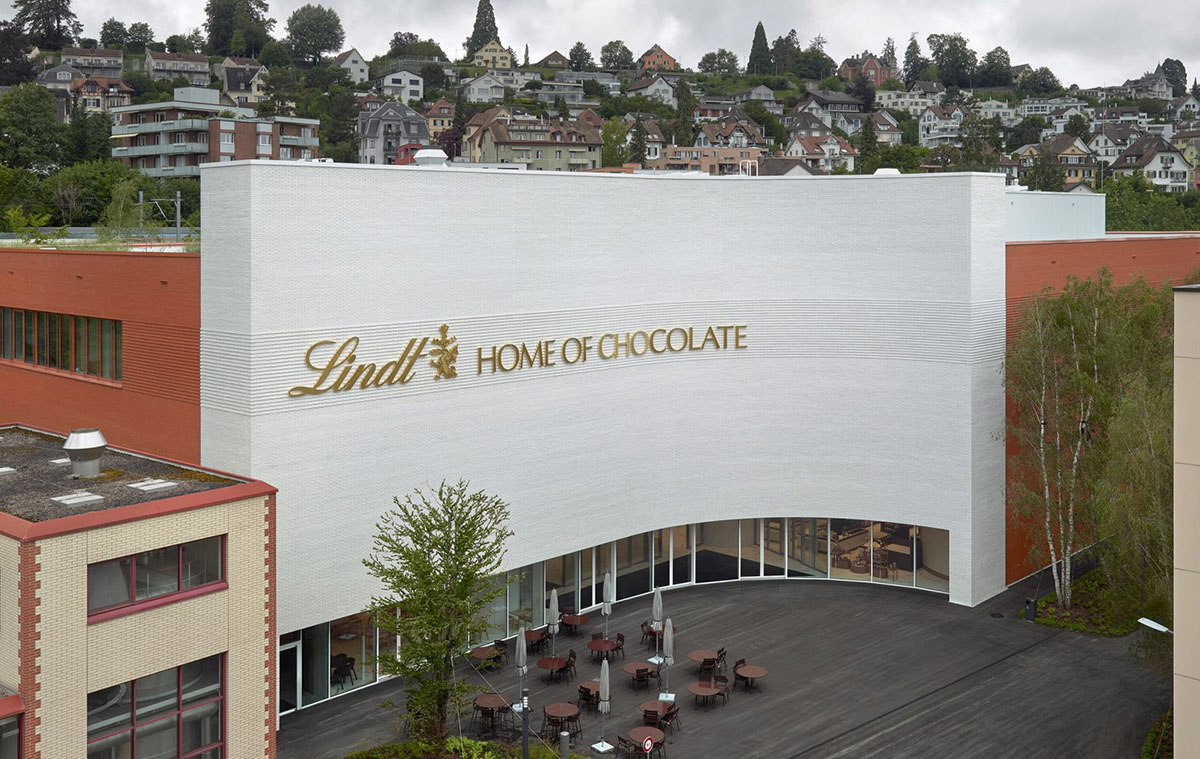 Designed to become one of Switzerland‘s most visited buildings, this multifunctional experiential space combines a user-focused, mixed-use program in an exceptional new type of civic architecture.

Lindt & Sprüngli‘s Headquarters features a factory, warehouses, an office building, and the new gateway to the campus, the Lindt Home of Chocolate, which is financed and operated by the Lindt Chocolate Competence Foundation.

Christ & Gantenbein has created a new flagship building that elevates the visibility of the Swiss Chocolate industry to new heights, it is built to seduce visitors with the many charms of chocolate. 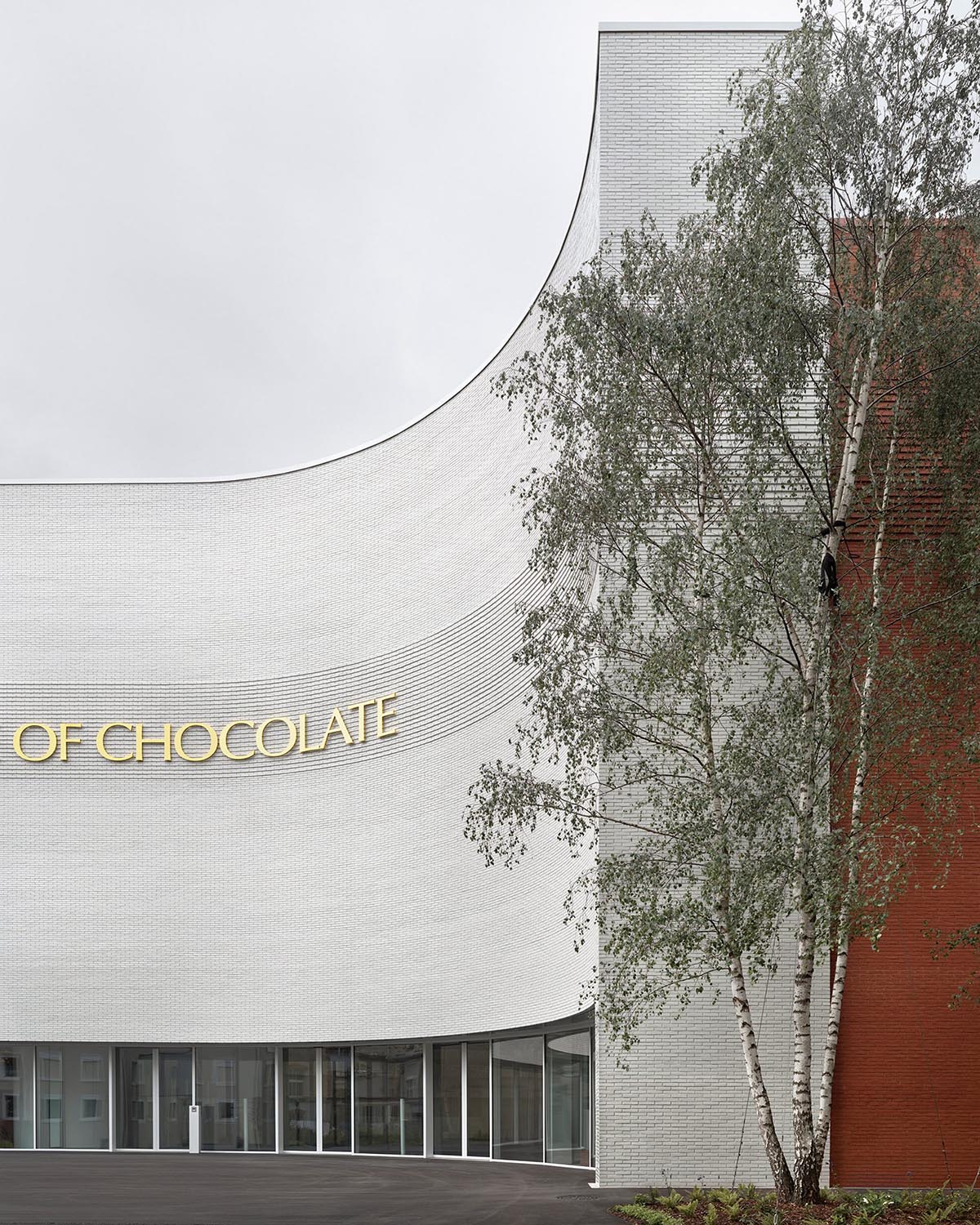 In its center, a dramatic, nine-meter high, golden chocolate fountain was developed by Atelier Brückner, also authors of the exhibition. 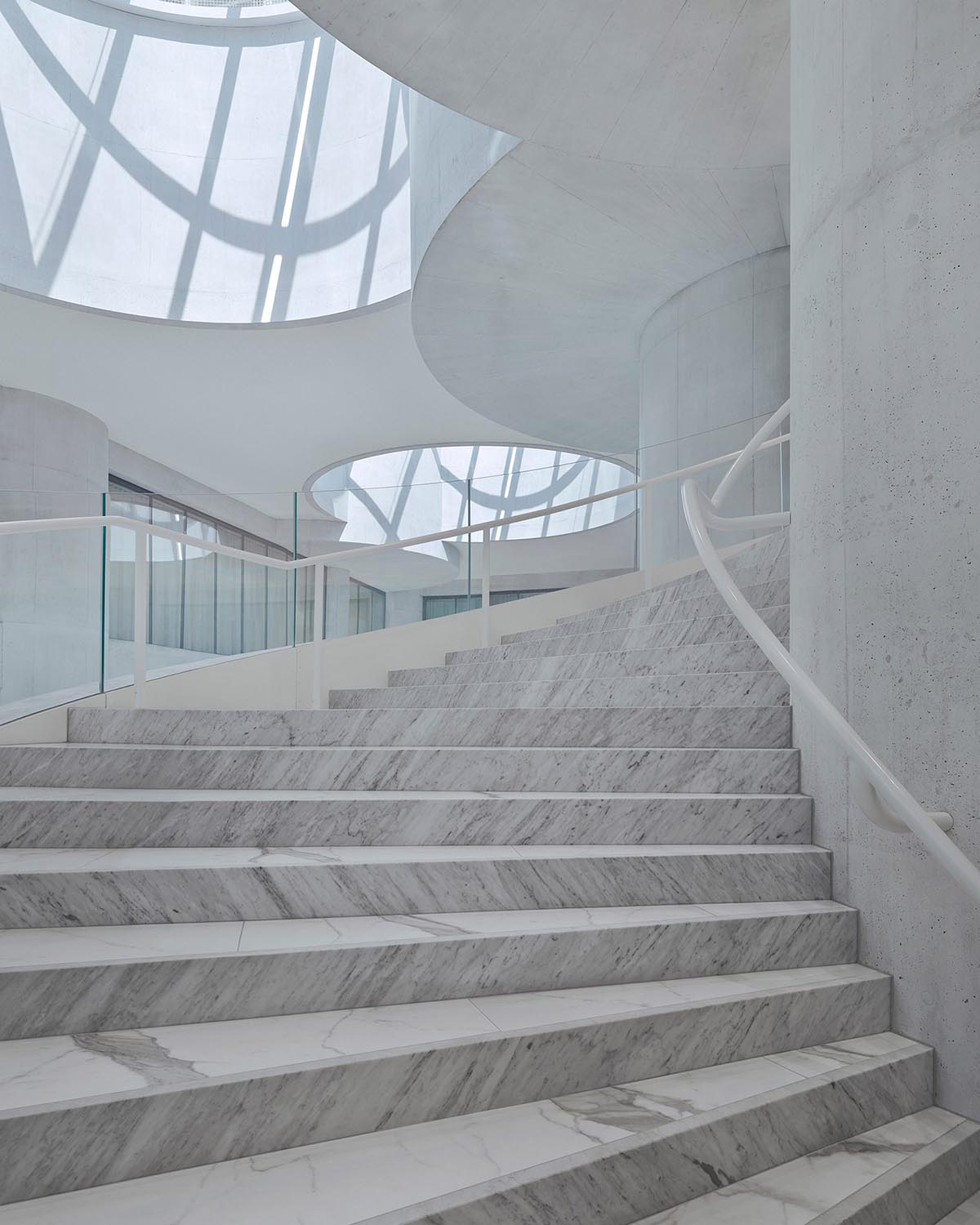 "The facade, consisting primarily of red brick, references its neighbors in an abstract reinterpretation based on a readymade industrial product that is manually grafted into a specific construction element."

"The south-eastern corner is cut out and interrupts the otherwise simple volume. Clad with white, glazed brick adorned with golden letters, this quadrant opens a public square right at the Lindt Home of Chocolate‘s entrance." 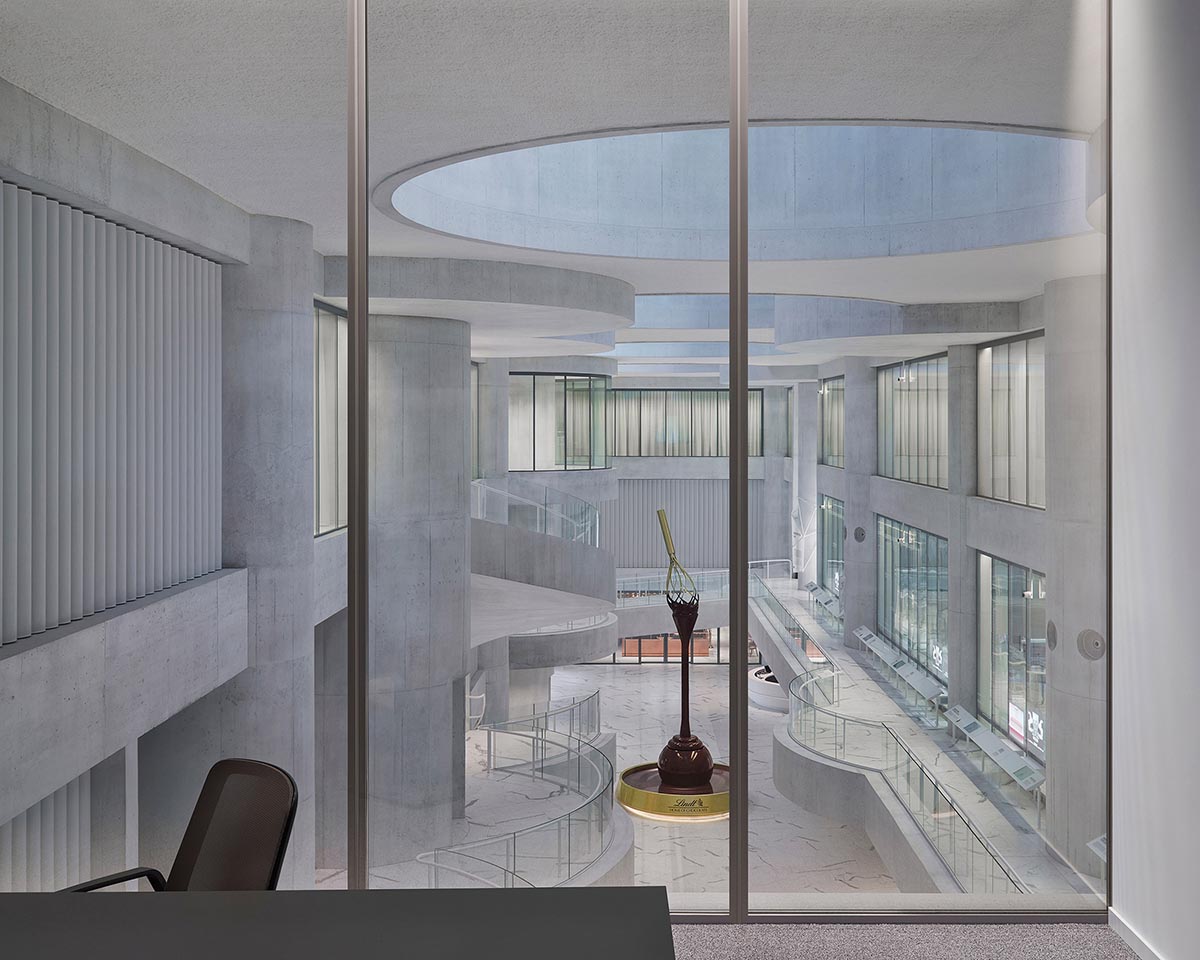 A vast atrium is 64 meters long, 15 meters high, and 13m wide which reveals both a dramatic void and the architectural order‘s elementary presence.

The architects formed a series of round load-bearing pillars and walls to create a robust structure around which all activities are organized. 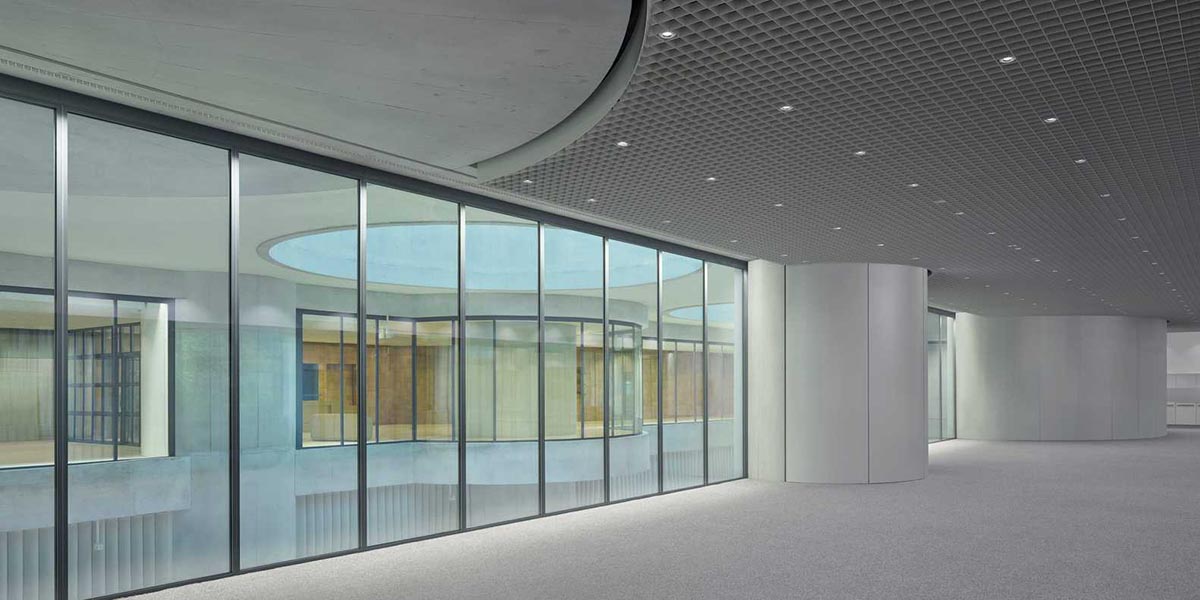 The columns reveal a building full of movement; stairs, elevators, walkways, and bridges produce spatial and experiential connectivity and communication, which is at the core of the Lindt Home of Chocolate, radically contrasting its almost calm exterior.

"At first glance, what appears simple is actually an intelligently engineered building of multifaceted complexity; a solid architectural form built to last, yet at the same time, built to withstand fluctuations through flexibility; where resilience and robustness collaborate towards a multiplicity of potentially shifting applications," the office added.

"The Lindt Home of Chocolate‘s structural system is itself a hybrid, where aesthetic, functionality, and construction come together in a column-free volume with a load-bearing outer shell." 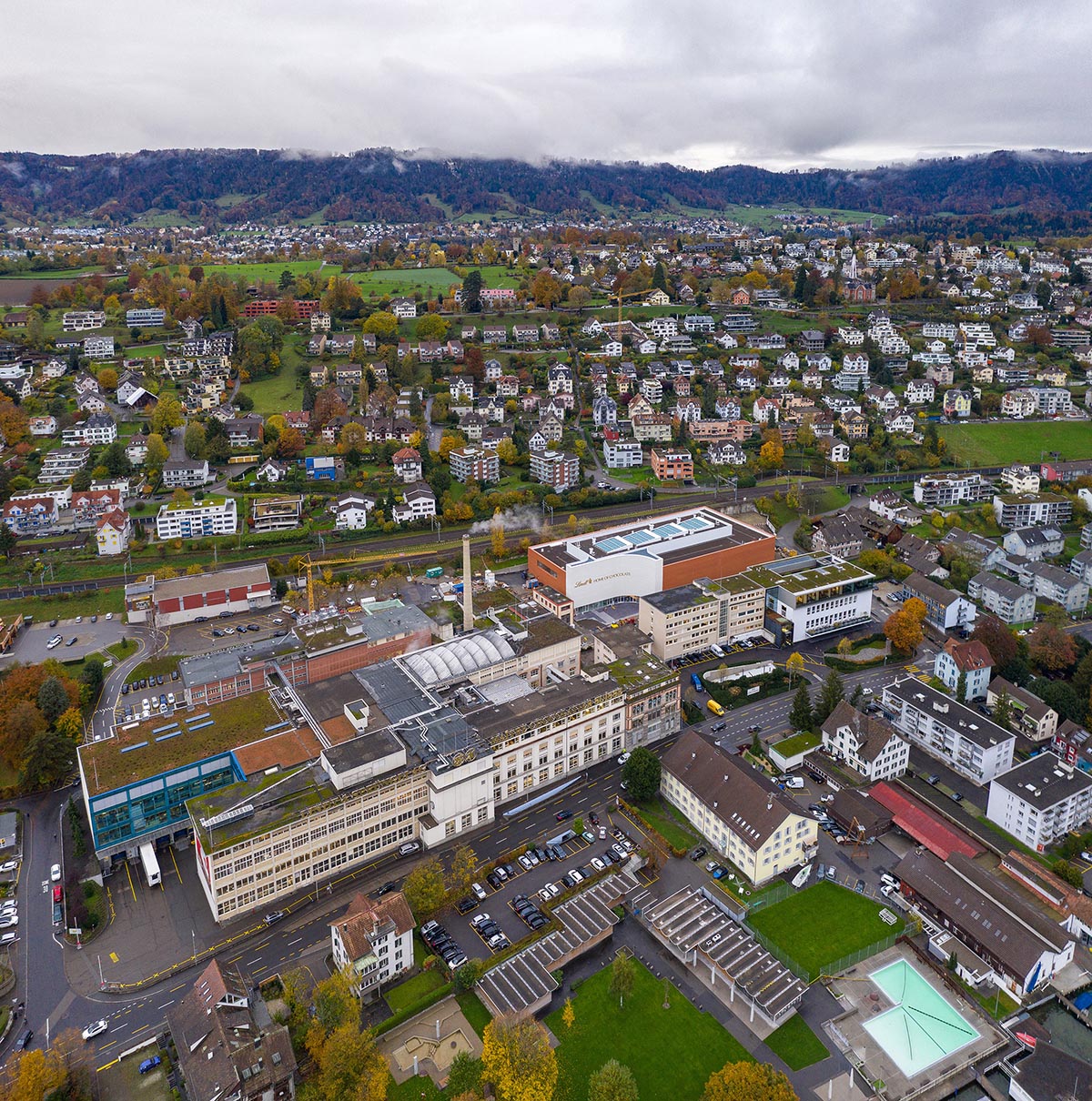 The Lindt Home of Chocolate, Christ & Gantenbein‘s second completed cultural project in Zurich, besides the Swiss National Museum and its extension, is a highly technical and complex hybrid. Combining industrial production, showroom, museum, shopping, and cutting-edge research & development, among others in collaboration with the Swiss Federal Institute of Technology, it‘s ultimately a space where contemplation, entertainment, research, and interaction come together in a new spatial experience. 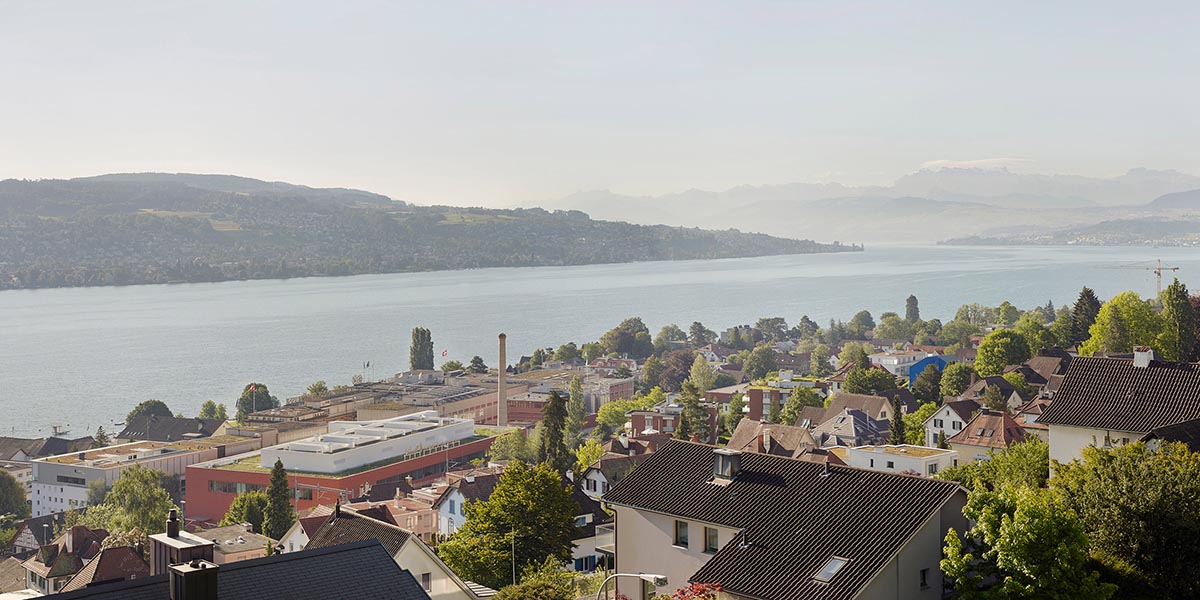 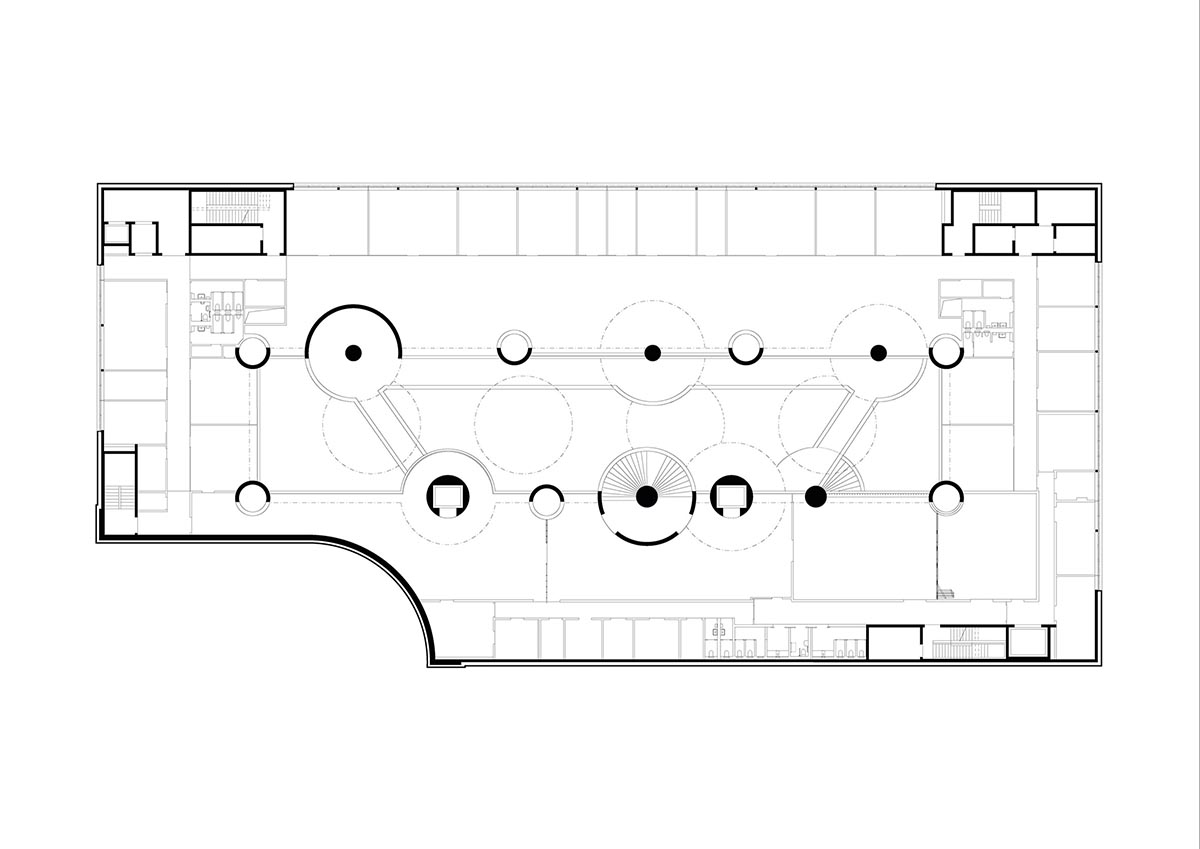