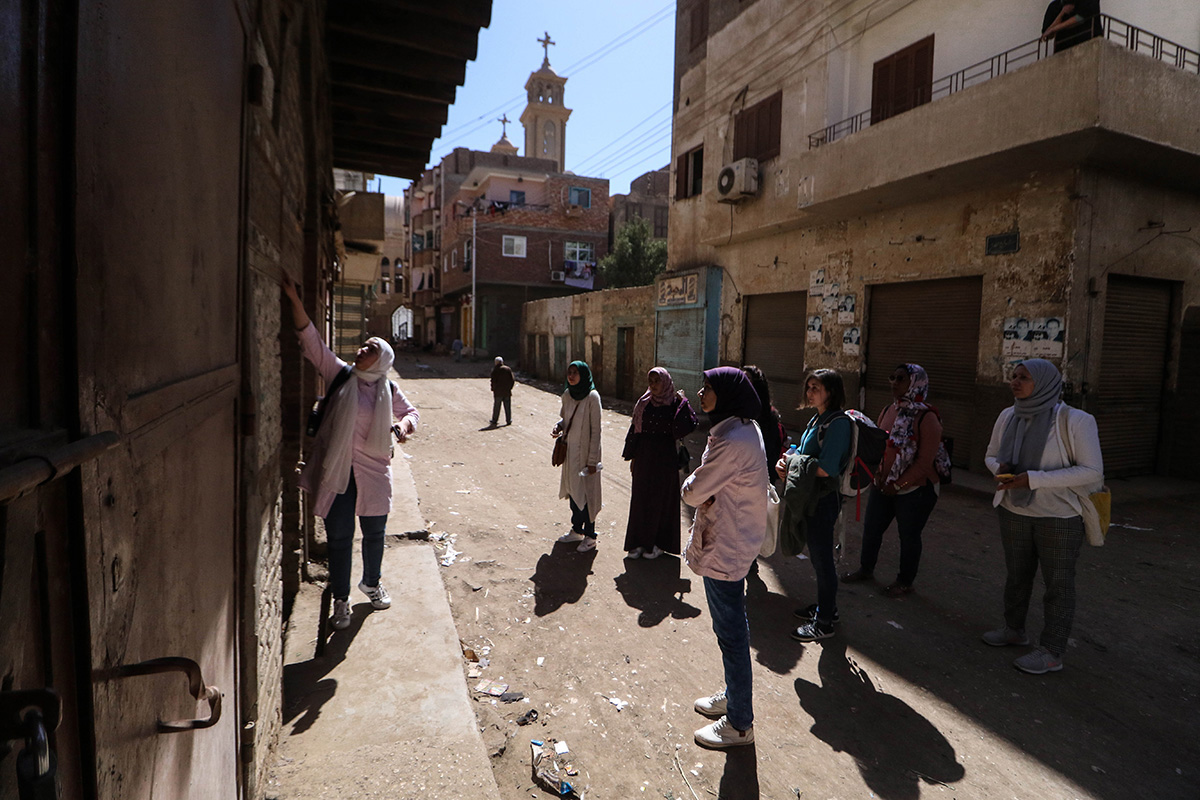 Globally, countries could be referred to/labeled as developed or developing. This classification is a reflection based on the quality of life and thus social citizenship. It is a scale prolonged between two opposing points: inclusion and exclusion.

Urban seclusion, exclusion, and marginalization are directly reflected in the social citizenship of the people. Being geographically inhabited in the relegated side of the country is one of the issues acutely entrenched in the country constructing social breaches. Predominantly, the key issue is the centralization schemes in the country in favor of the urban capital (Cairo) over other governorates with inadequate monetary resources and inefficient urban and resources management. Thus, there is a hierarchy of urban prioritization for governing development. Some would claim that Cairo is Egypt and Egypt is Cairo for the amount of allocated devotion in terms of services and opportunities for its citizens unlike the rest of Egypt.

This did not encumber initiatives and social enterprises to burgeon and flourish under the political climate and counter decentralization plans. CELL, an early-established initiative, is dedicated to supplementing innovative architectural education undertakings in governorates other than Cairo.

Initiated by architectural students originally from Mansoura governorate - Yasmin, Amr, and Ahmed (detailed information can be found in the transcript below), the initiative has managed to be actively involved in the surrounding community attesting that architecture could be the gateway through which community needs could be met and urban deficiencies could be tackled.

In this exclusive interview, CELL founders, Yasmin, Amr, and Ahmed, sat down with WAC's Egypt Country Reporter Asmaa Kamaly and spoke about the mission of CELL and their projects. 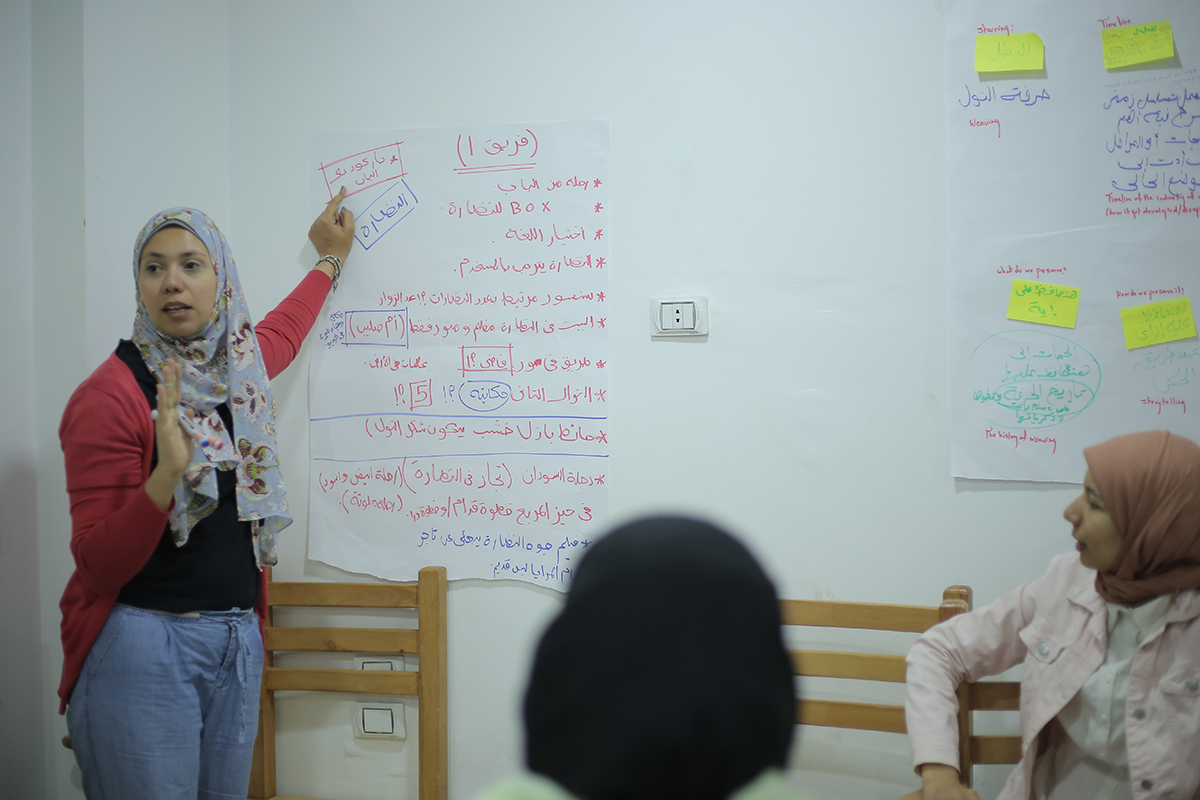 Read the full transcript of WAC's interview with CELL founders below:

Asmaa Kamaly: What is the vision of the initiative? And, could you give a brief on your initiative determining what derived you to establish this initiative?

CELL: CELL started as an alternative co-learning path, that can accommodate/ make up for the shortcomings, we have in normal education in architectural and urban disciplines, especially in cities other than Cairo and to an extent Alexandria, where it is hard to find good opportunities, workshops or extra-curricula activities. So, the vision was to (co)create a platform that allows for learning/knowing and practicing this knowledge to topics that relate to our current struggles and real-life issues and not just conceptual aspirations and that focus on delta and upper Egypt cities. 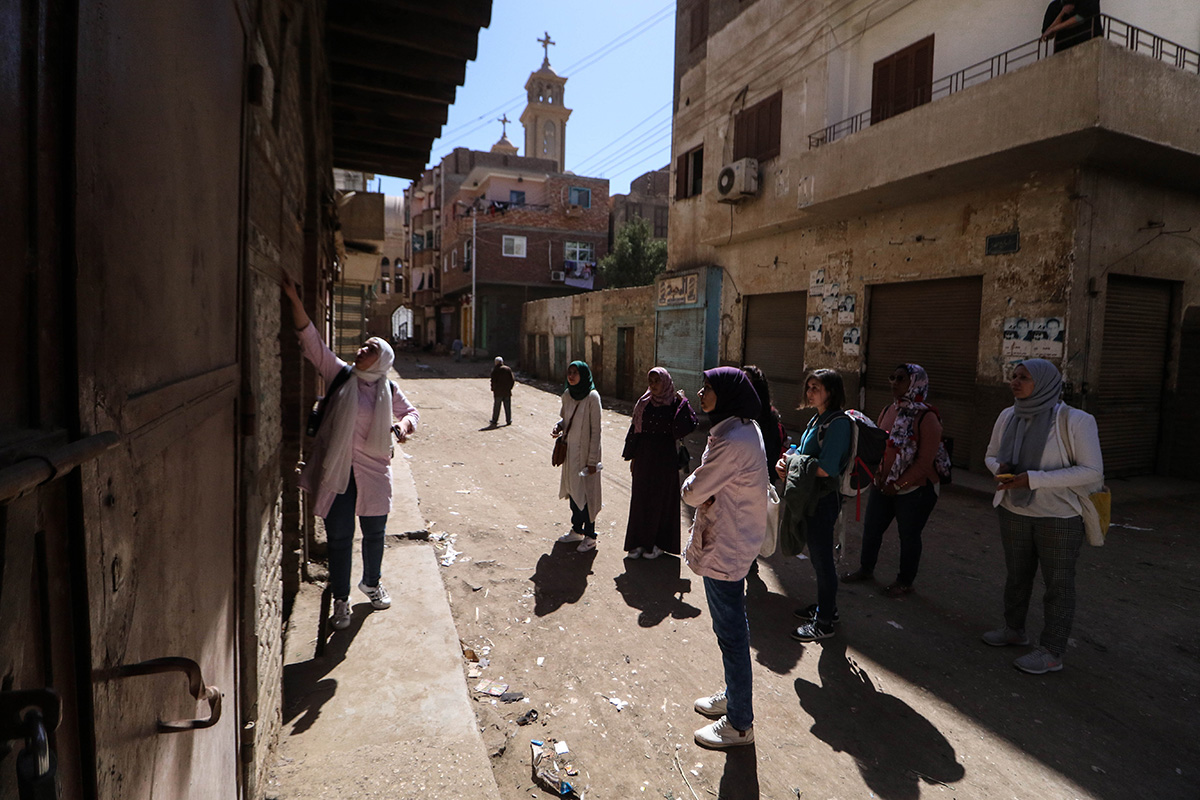 Asmaa Kamaly: Could you tell us about the founding team of your initiative?

CELL: We are three players; Yasmin, Amr, and Ahmed. We all graduated from Mansoura University as architects. Ahmed is a talented photographer, he is responsible for documentation and media in CELL; Yasmin is the glue and the spirit of CELL, she is currently focused on managing and developing HERFA project; and Amr who bring practitioner experiences in our activities and is responsible for managerial aspects and developing fund proposals with Yasmin. 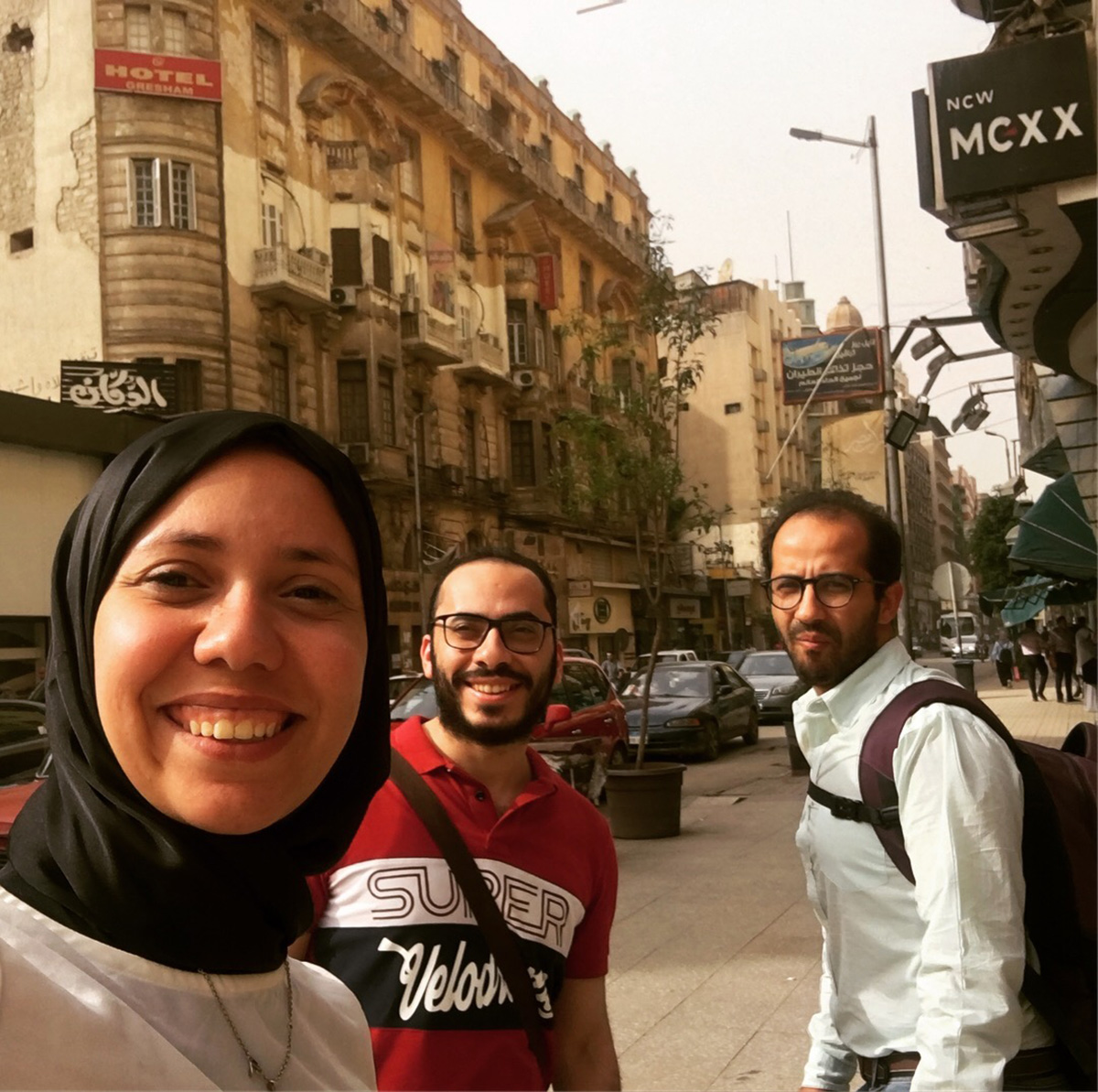 Asmaa Kamaly: Where is your initiative locate?

CELL: We tried to relocate ourselves away from Cairo and its premises, so we operated in Mansoura, Luxor, and Hurghada. However, and now with COVID, we are mostly located online!

Asmaa Kamaly: How long have you established this initiative?

CELL: It has started in 2014, but I would say it is still being established.

Asmaa Kamaly: What are your key accomplishments? Could you list some?

CELL: Our first accomplishment was organizing and furnishing an event in the Engineering syndicate club at Mansoura University. We recycled old tires to do the design elements. The best thing is that someone who worked at the club loved the idea and adopted it in his house roof and used old tires to create a setting place where he could gather with his friends. 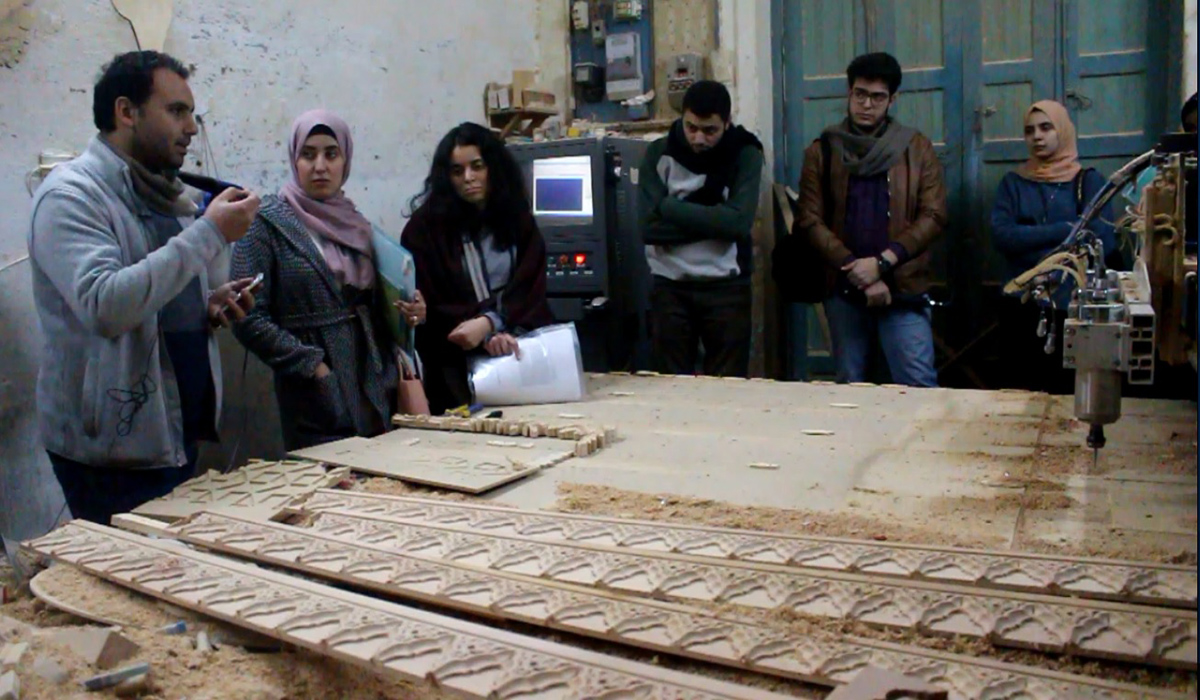 CELL (continued): Our key accomplishment is about Herfa project; we organized an amazing workshop about ‘oyma’ (wood carving) in Abdulrahman street in Damietta governorate, which was funded by the Arab Council for Social Sciences. Together with the participants, we had multiple interviews and visits to the street which resulted in mapping the urban fabric of the street, an article about the history of the craft, and a documentary about the craft and craftsmen.

We also had another workshop in Naqada in Qena governorate that was funded by Robert Bosch culture managers and Goethe institute. Also together with the participant, we developed ideas on how to showcase textile weaving craft in the loom ‘Nool’ in one of the oldest houses in Naqada, in addition to a video documenting the craft. 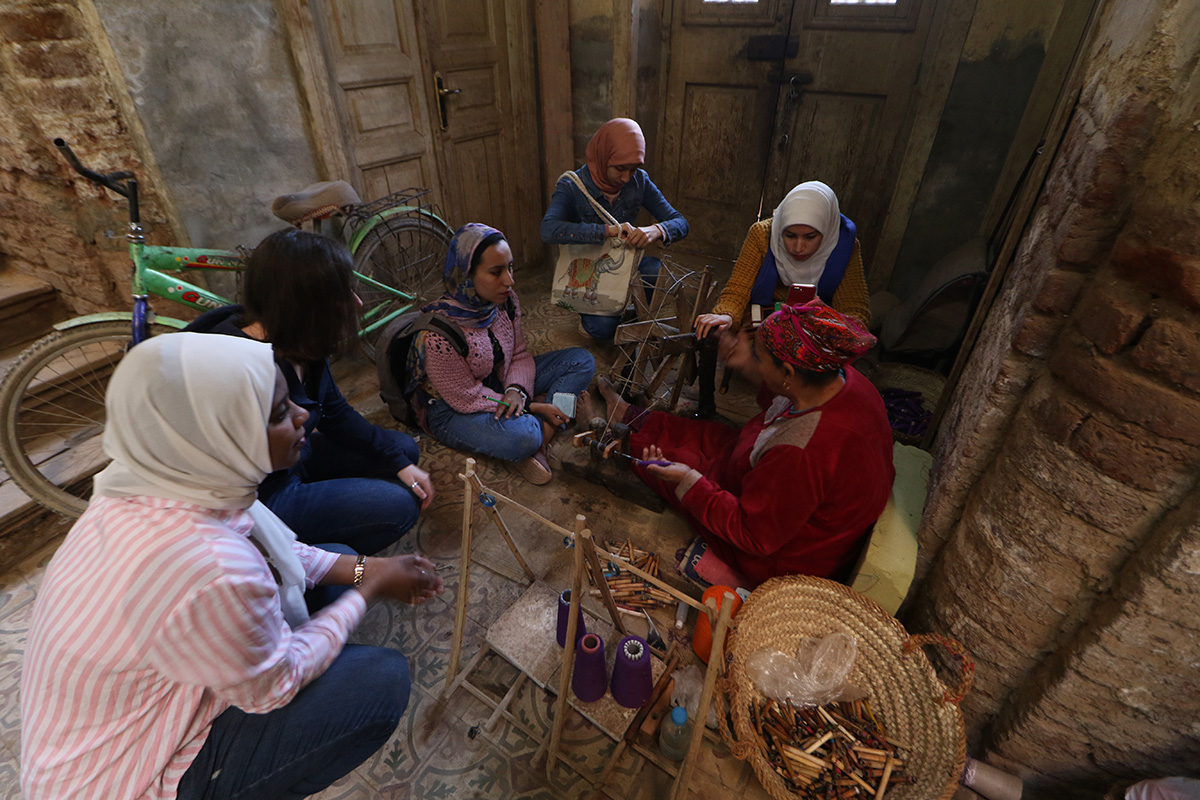 Asmaa Kamaly: What are the partnerships you had?

CELL: We had multiple partnerships as you can see from our activities. We partnered with Engineering Syndicate in Mansoura in our events, sometimes we partner with other initiatives like a co-working space that wants to decorate their new spaces with recycled materials and on-a-budget.

We had partnerships with international and national institutions like Arab Council for Social Science and Robert Bosch culture managers and Goethe institute for funds, but also with UNESCO, Youth, and Sport ministry, Tamasi for mentoring and training.

CELL: We always welcome volunteers, but that mostly depends on the activities we have. At the moment, we don’t have volunteers. 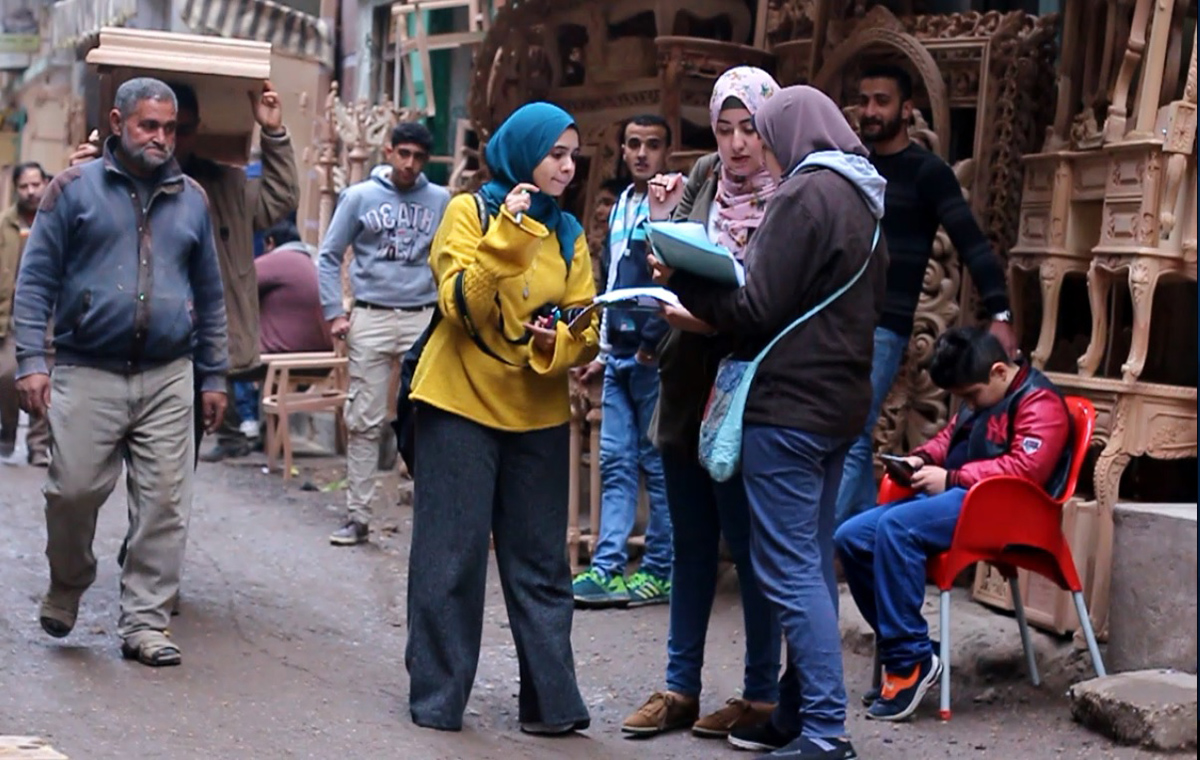 Asmaa Kamaly: What are the challenges you faced?

CELL: The challenges that face most initiatives; how to keep the work sustainable and how to blend/ integrate our professional careers with the initiative.

CELL: We believe creating an easy path for the initiative to be legalized and recognized would greatly empower them, but of course also by providing more fund opportunities for social/community-oriented initiatives. 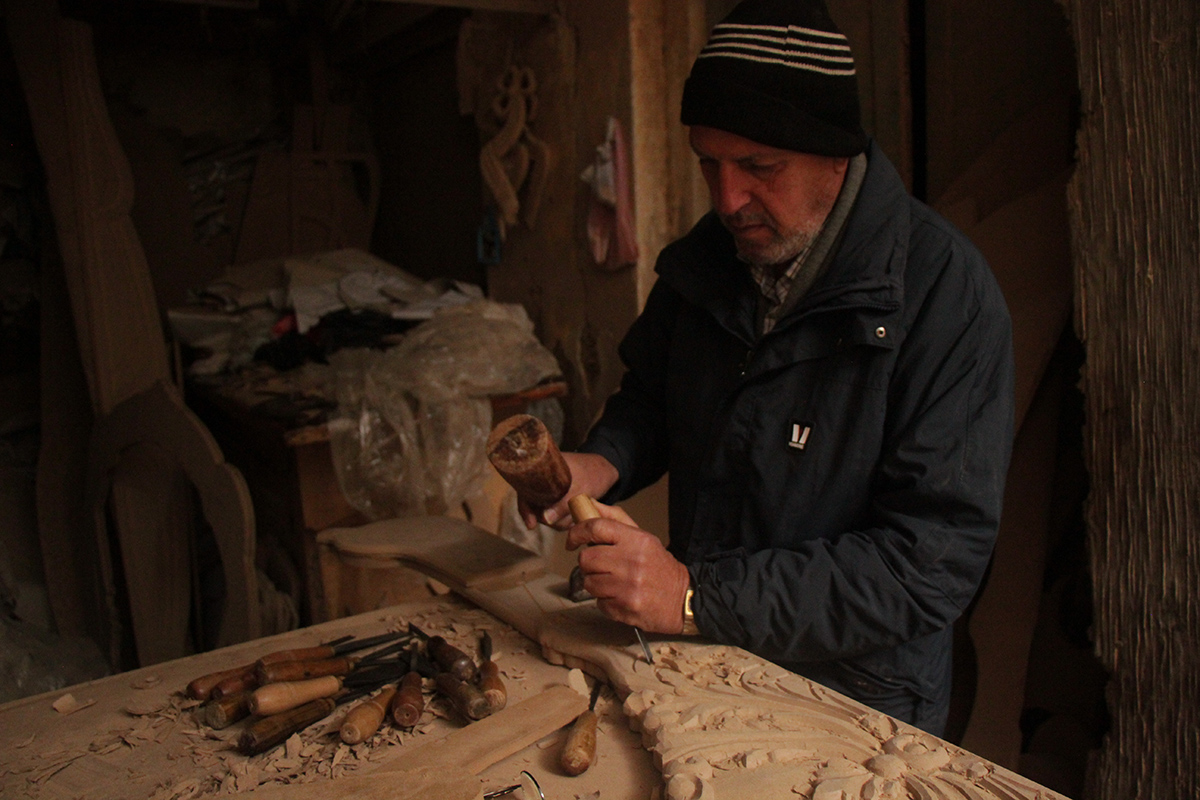 Asmaa Kamaly: What are your future prospects for the initiative?

CELL: We hope that Herfa project will continue and to start another project that can help with collaborative design processes. Of course, we also hope to get more funds for our activities.

All images courtesy of CELL organization.