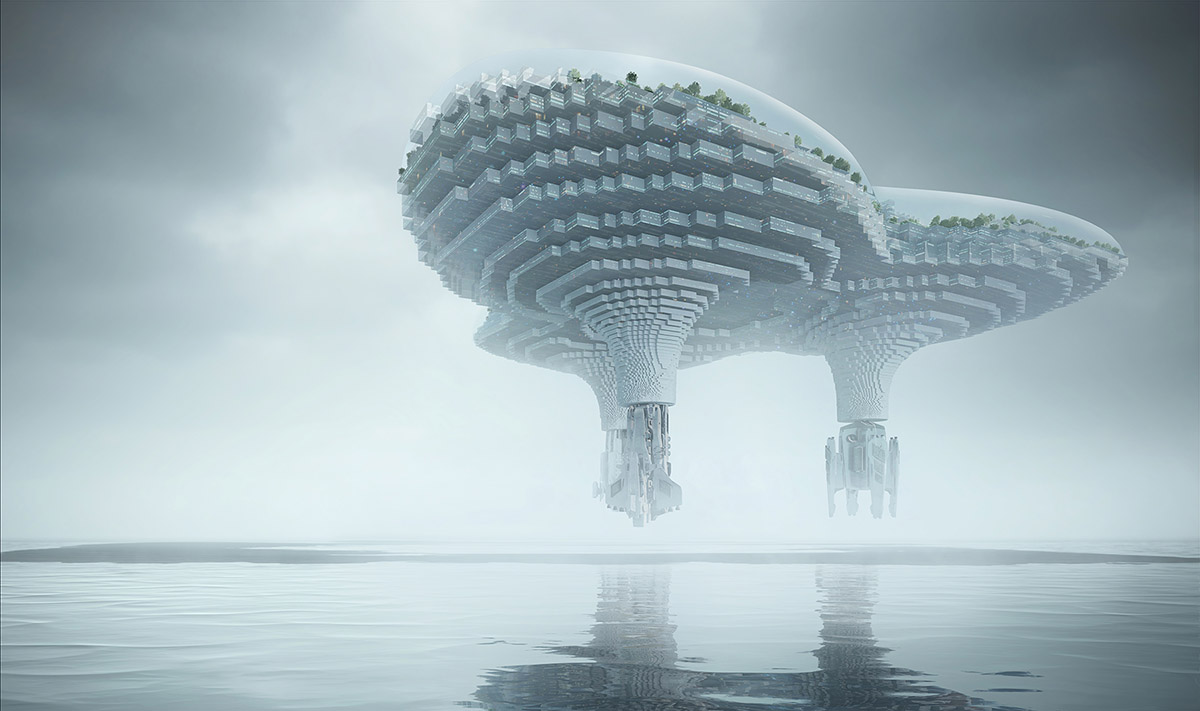 Inspired by the lego concept, Crystal Space City, designed by Liu Haowei, is composed of small cube modules, which can constitute a building, a city or even a planet. It is understood from the renderings that the vertical city can be moved to any place in the world.

"This process is like the cell growth and reproduction, gradually growing into a living body, forming groups," said CAA Architects.

"The Crystal Space City is shaped as a brand new future city based on the original LEGO toy spaceship concept and using the principle of the crystal growth."

"Spacecrafts are not just a means of carrier vehicles in space. In the near future, they could become cities, growing endlessly and even become the Noah's Ark that will usher in a new civilization of human beings," said CAA founder Liu Haowei. 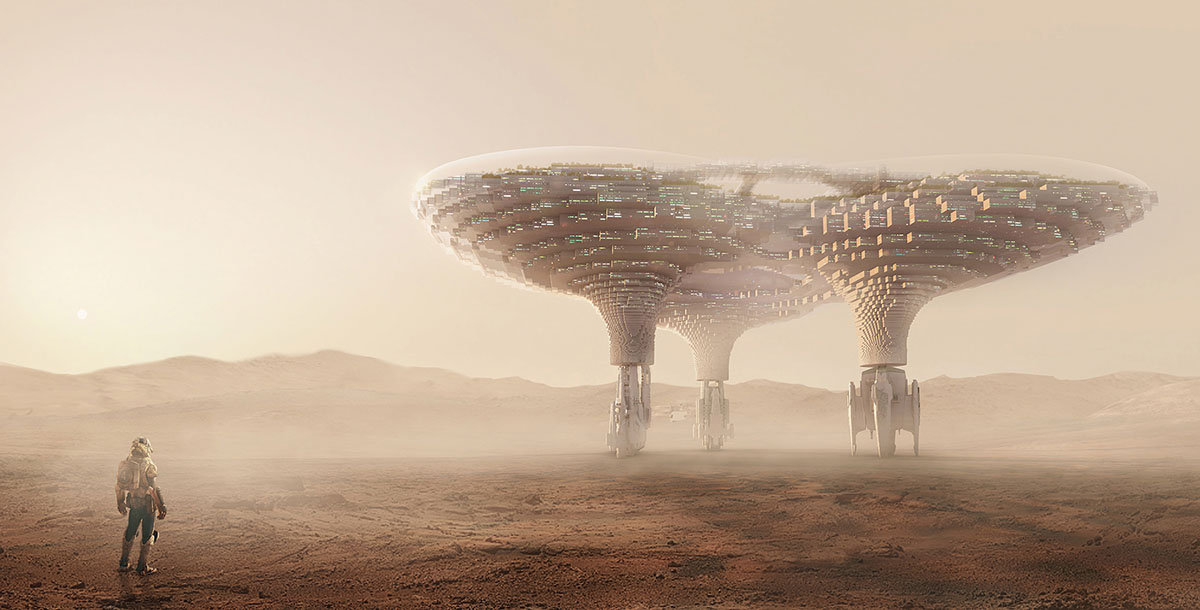 The design takes inspiration from Lego Toys originated in Denmark and it was founded in 1932. With 88 years of development history, Lego has become the first and most valuable assembled toy brand in the world in our recognition.

Envisioned as a growing structure out of the universe, the structure holds an initial core device which is a spacecraft at the bottom, and its top is a crystal seed implanted with a tiny urban data module under the artificial gravitational field controlled by Artificial Intelligence. 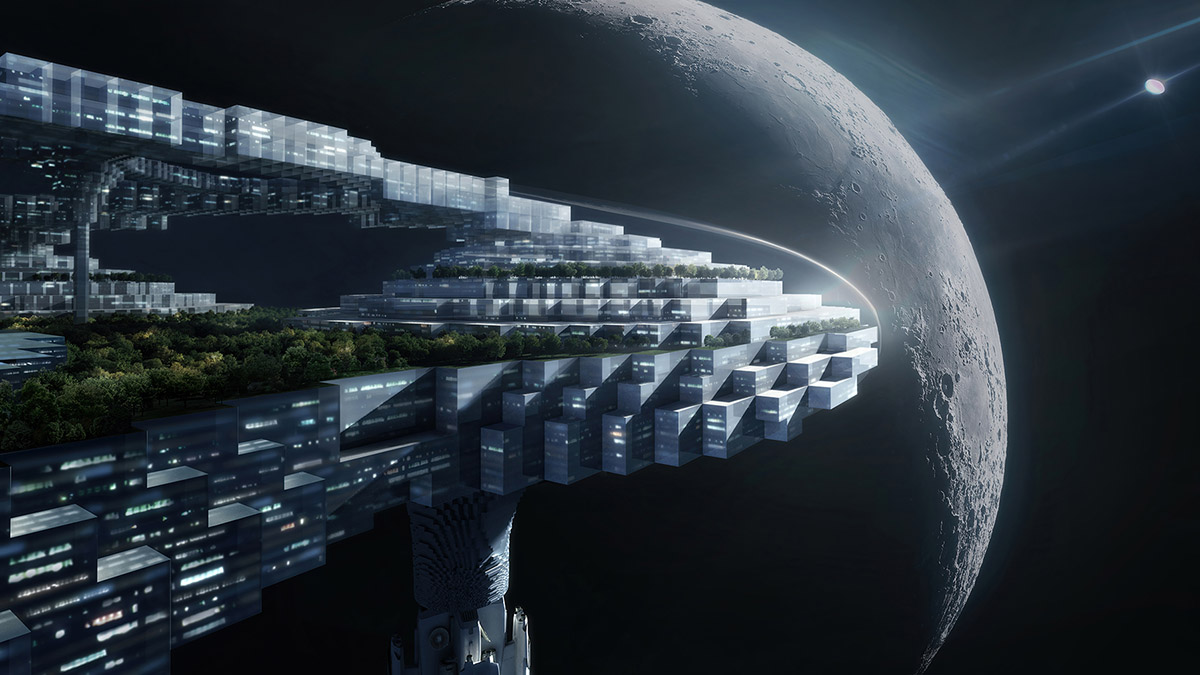 "Through artificial intelligence, the seed is endowed with a data sequence, gradually reproducing and growing infinitely, and finally becomes a huge future space city," added the studio.

Spacecraft can be described as an important carrier of the whole space city, which constitutes its all energy supply and also provides power at the same time.

"It takes the space city to fly to the universe, so that people can stay on the moon, Mars, the Milky Way and even more distant space," added the studio. 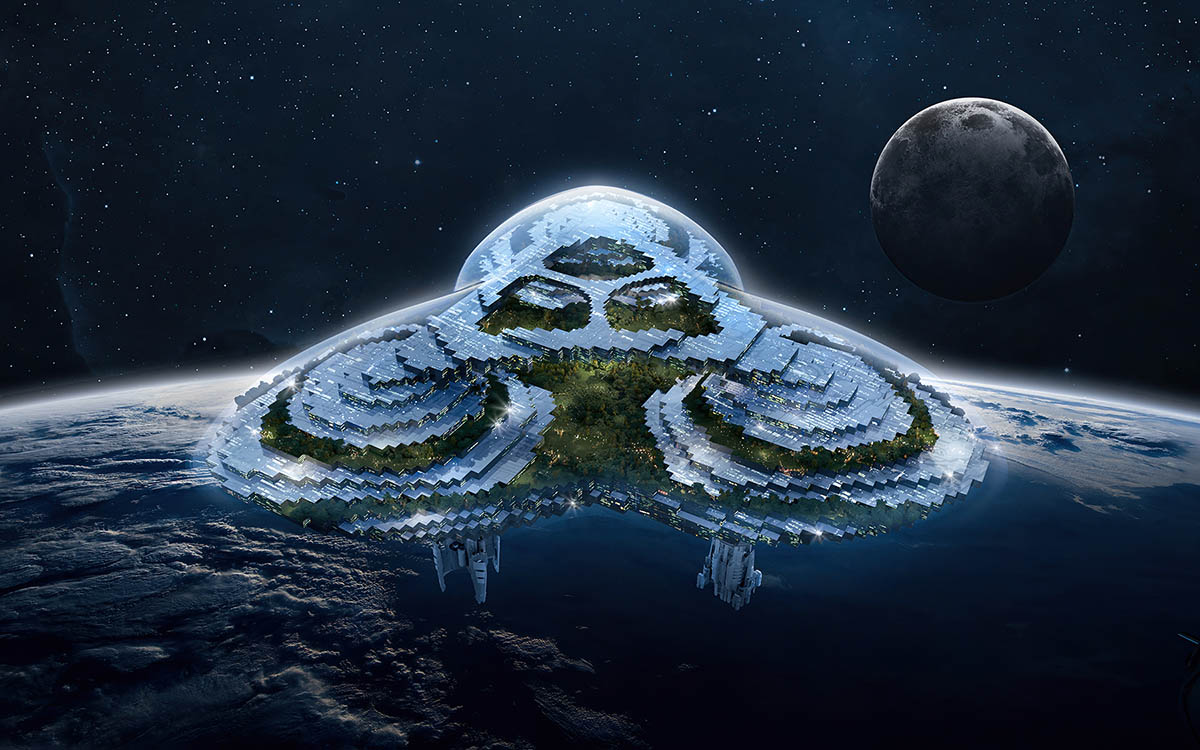 CAA Architects states that "this super energy crystal is controlled and adjusted by AI in the vast universe." It uses the strong gravitational accretion to capture the surrounding material energy for its own use.

"It completes the matrix material growth in the predetermined trajectory, realizes the transformation from energy to matter,and finally forms an ideal world."

Crystal Space City is constructed by modules and organically combines the city with the oasis and an energy power system. In its expanding ecosystem, it recycles all kinds of emissions and turns them into renewable resources.

Through the adaptive independent recycling system, it can escape from the limited living environment and fly to the space or even any corner of the universe. It is a new Noah's Ark that can carry infinite vitality and hope.

The firm added: "When the physical world superimposes with the virtual space, when the reinforced concrete city grows into the organic life body, when human beings truly break through the three-dimensional space and enter the multi-dimensional universe...Crystal Space City could pave the way for an ideal habitat for human beings in the near future. It is a mixture of lives that can move freely through the universe and usher in a new urban civilization." 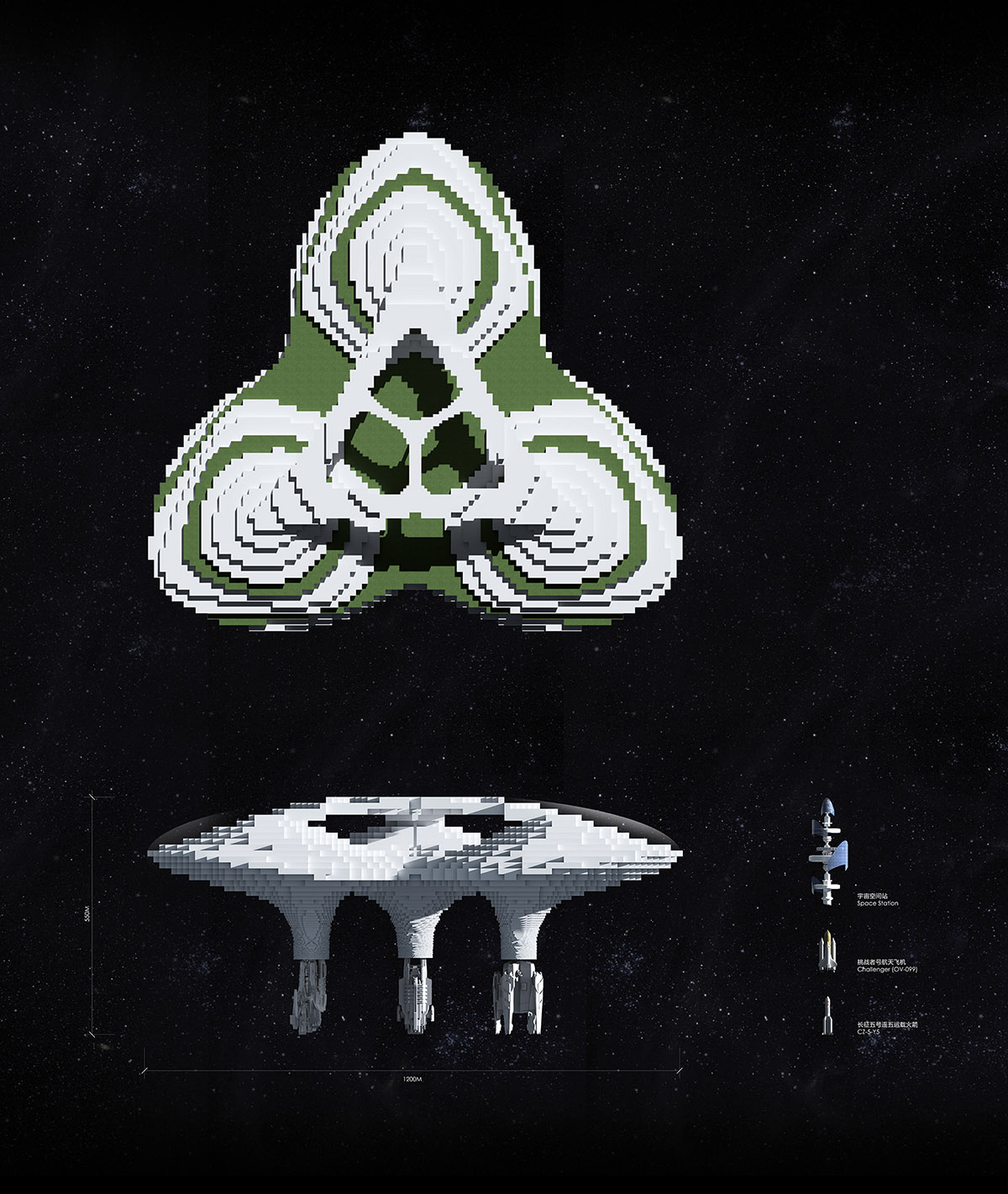 CAA Architects previously completed a flower-like double-deck terrace in the interior of restaurant in Beijing.

All images courtesy of FANCY.