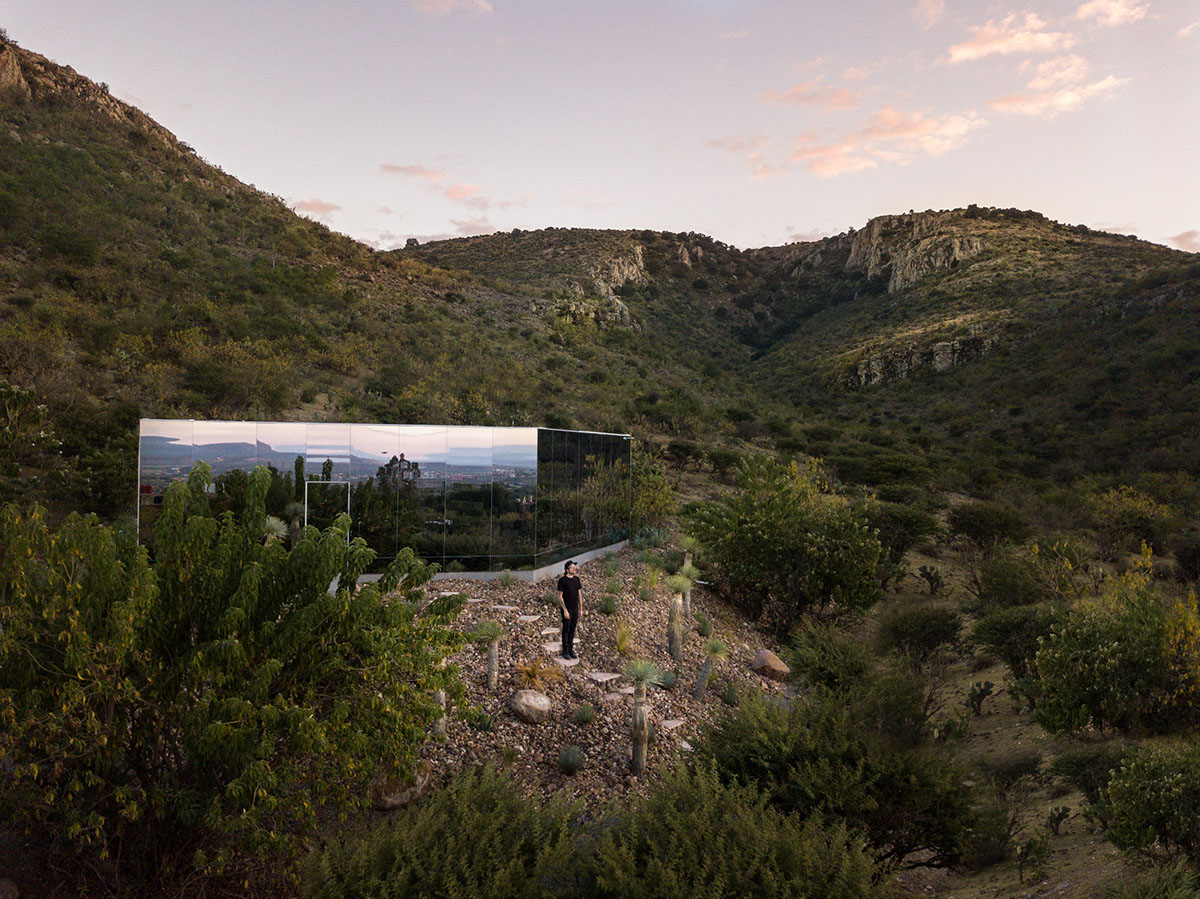 Mexico-based Singaporean writer and designer Prashant Ashoka has designed a mirrored cabin on the rugged slopes of the extinct volcano Palo Huérfano, located near the city of San Miguel de Allende, Mexico.

The cabin, named Casa Etérea, has been designed as a self-sufficient cabin to provide short escapes for whom want to escape from the city's busy life, the integration with the environment was a key design principle for the project.

The 75-square-metre cabin has been developed to create "a theatre to nature” where guests could experience the mountain and the beautiful surrounding. 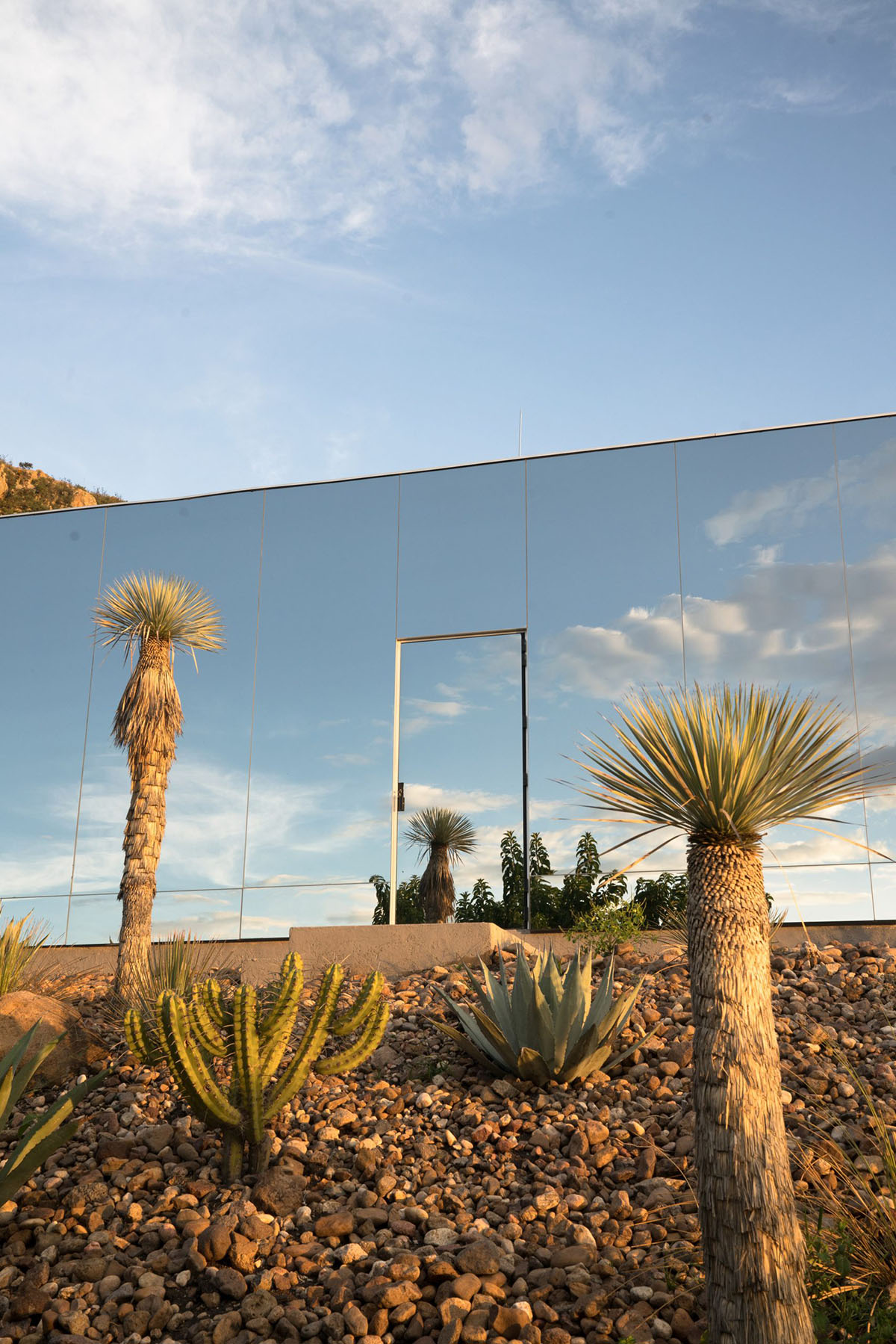 For this small cabin, Ashoka is inspired by the concept of "emotional architecture," – coined by Mexican architect Luis Barragán and sculptor-painter Mathias Goéritz.

Casa Etérea aims to achieve this deeper sensory resonance by using exterior mirrored panels to create a visually abstract and interactive experience. Outside the cabin, there is also a small outdoor pool pointed out with stone tiles. 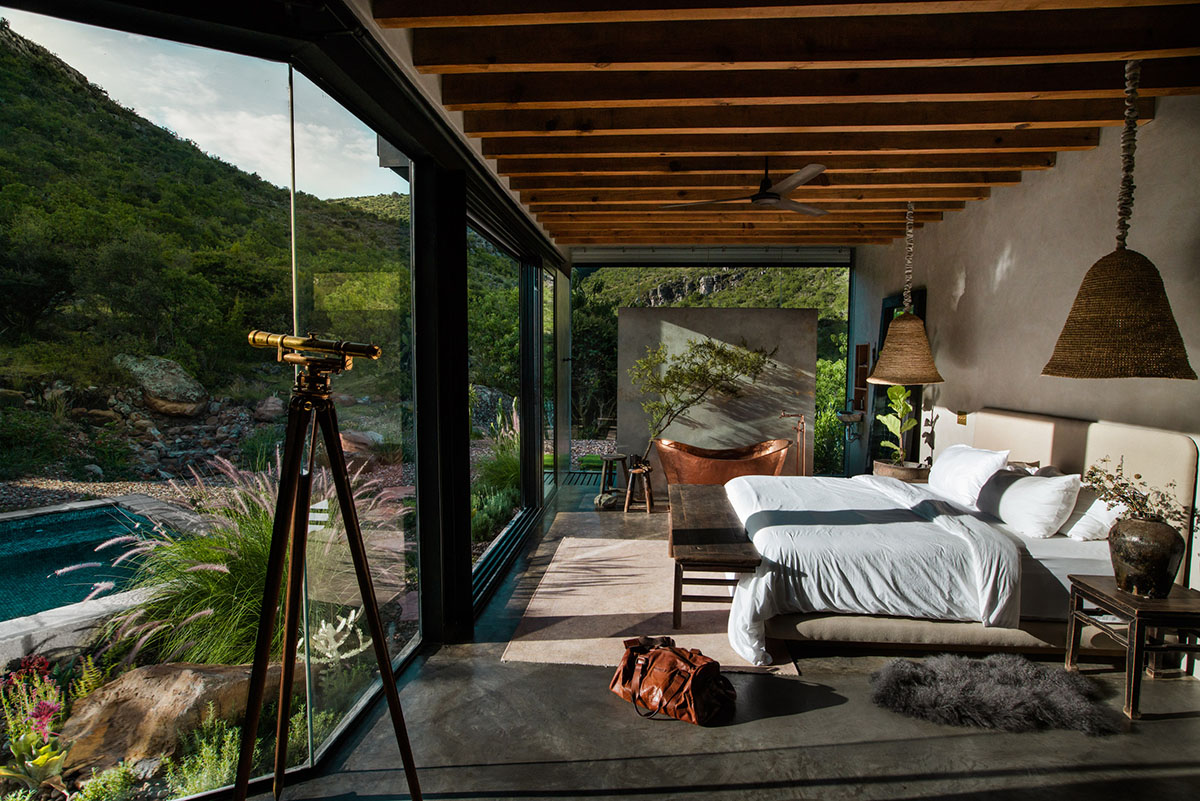 Designed as an open plan, the cabin is comprised of two rectilinear volumes that merge at a 120-degree V-shaped intersection – drawing an angular likeness to a staggering ravine visible through the exposed glass shower. Interiors of the cabin have been designed by local firm NAMUH, which features rustic but elegant pieces.

From the central living space and bedroom, floor-to-ceiling sliding glass doors frame vistas of towering cliffs, while opening to connect with a decked patio and pool area shaded by olive and pomegranate trees. 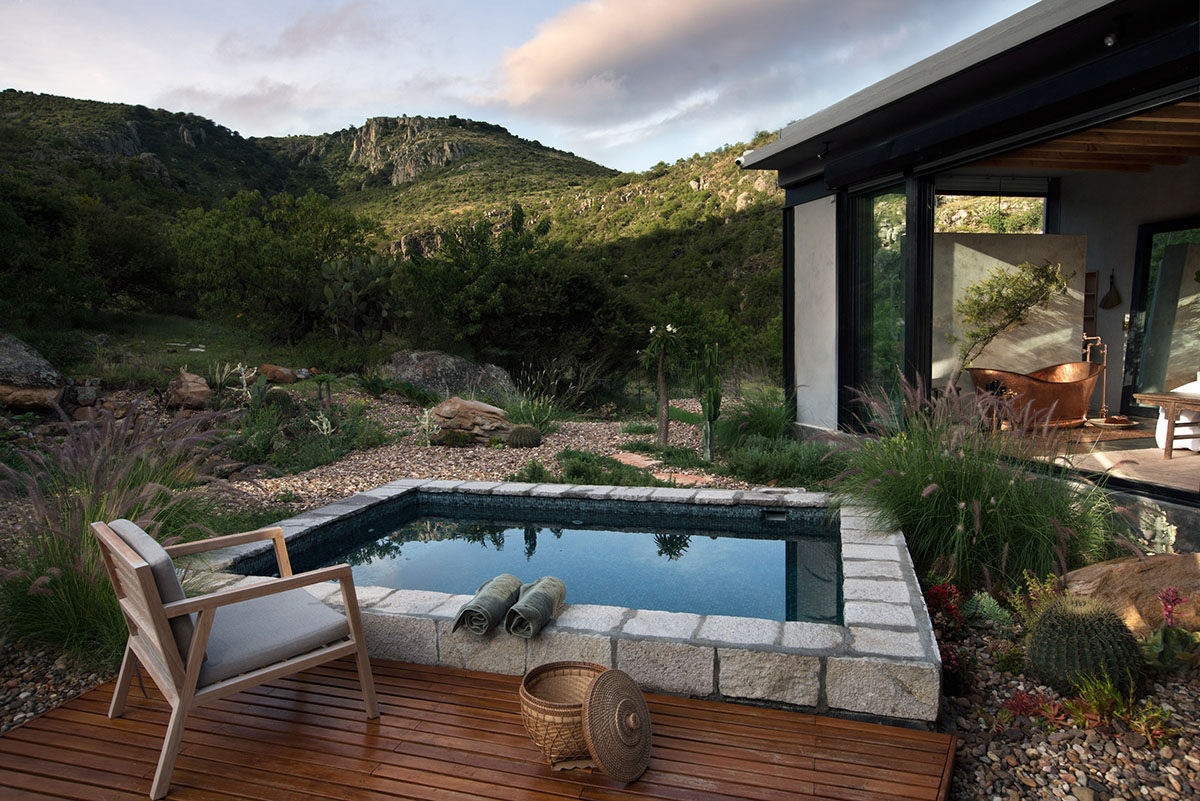 Behind the intimate kitchen, a rooftop stairway access doubles as a utility room, and remote-controlled outdoor PVC shutters were added to provide security and privacy.

In order to leave the landscape untouched, Ashoka used rock formation, collected off the mountain, to create the foundation of the house. 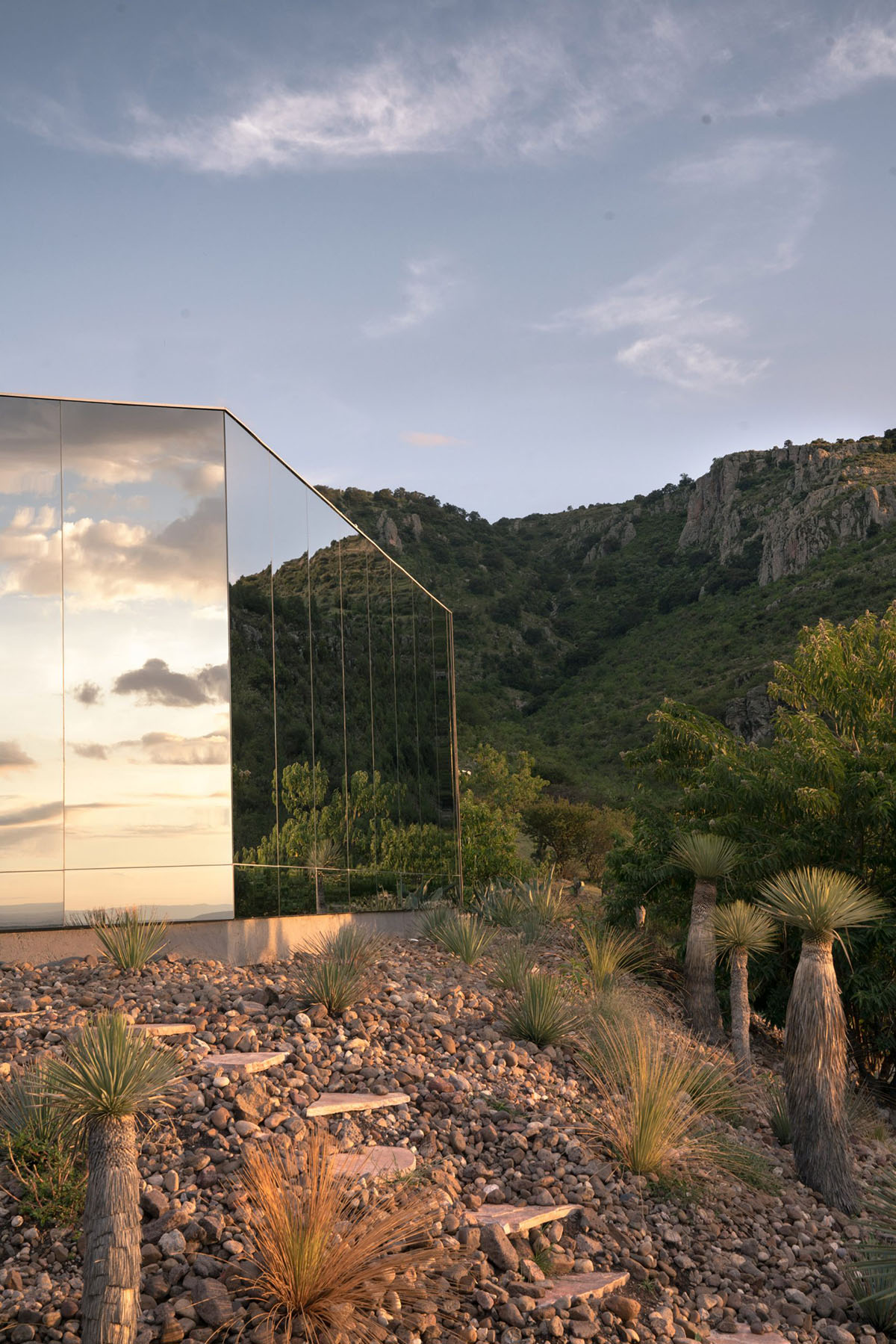 To ensure the climatic conditions of the cabin, he conceived the site's natural conditions, such as site orientation, efficient ventilation design, and insulated glass, the house naturally regulates temperature in the semi-arid desert climate of the central Mexican highlands.

"The vision was to create a theatre to nature," said Prashant Ashoka, "so sustainability was crucial in achieving a truly complete integration with the environment," he added. 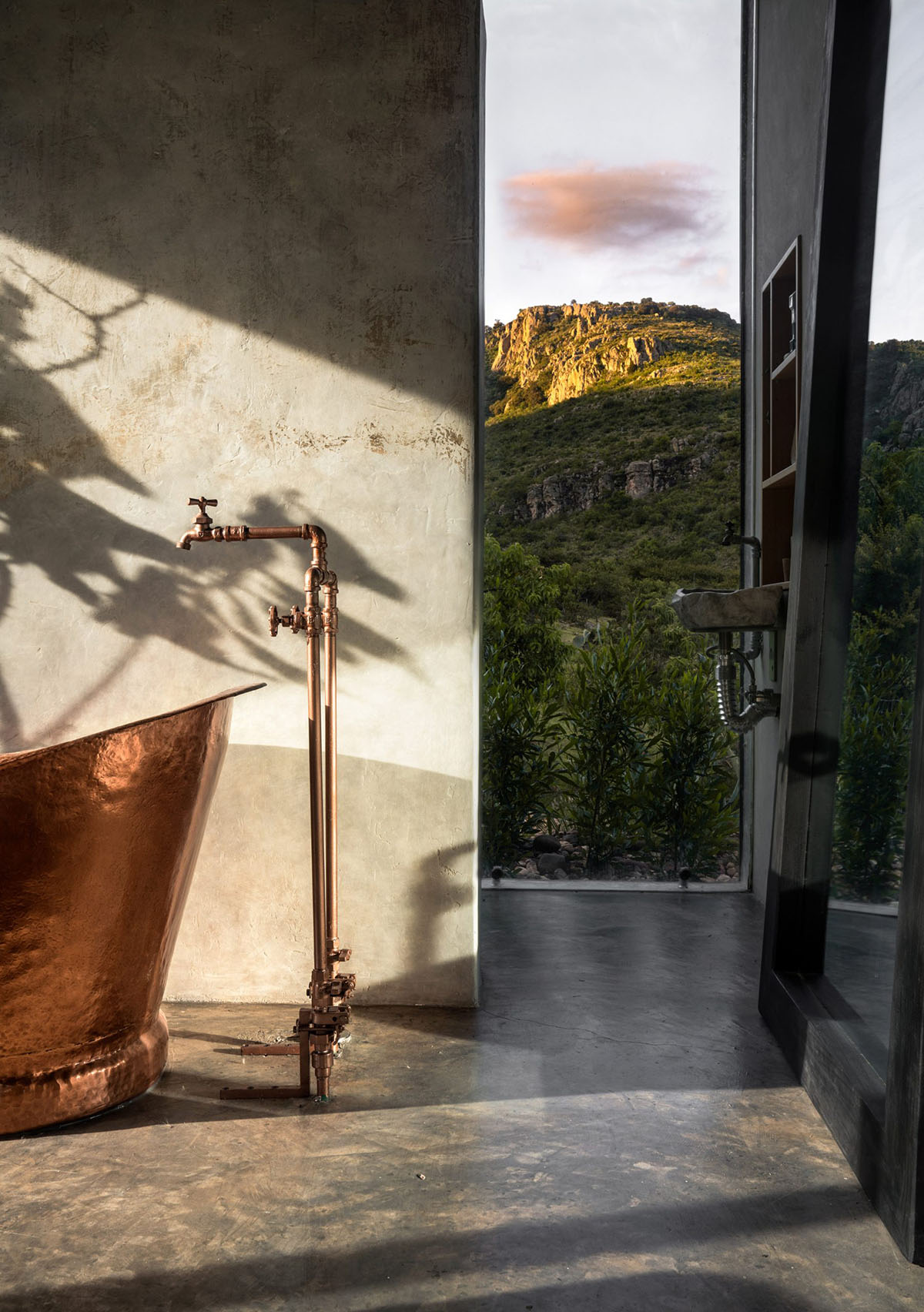 "The mirrored façade diffuses the liminal space between the wild and the structured while allowing the volume to take on a transitional quality as it reflects the unfolding seasons."

"As it catches first light, the house gleams as a phosphorescent blue-tinged box, standing in glassy contrast against the felted nocturnal blackness of the mountainside, he continued.

"And in the ombre hues of sunset the volume scintillates against the landscape like a mirage, before disappearing entirely – its structural boundaries never once attempting to alter the surroundings in which it sits." 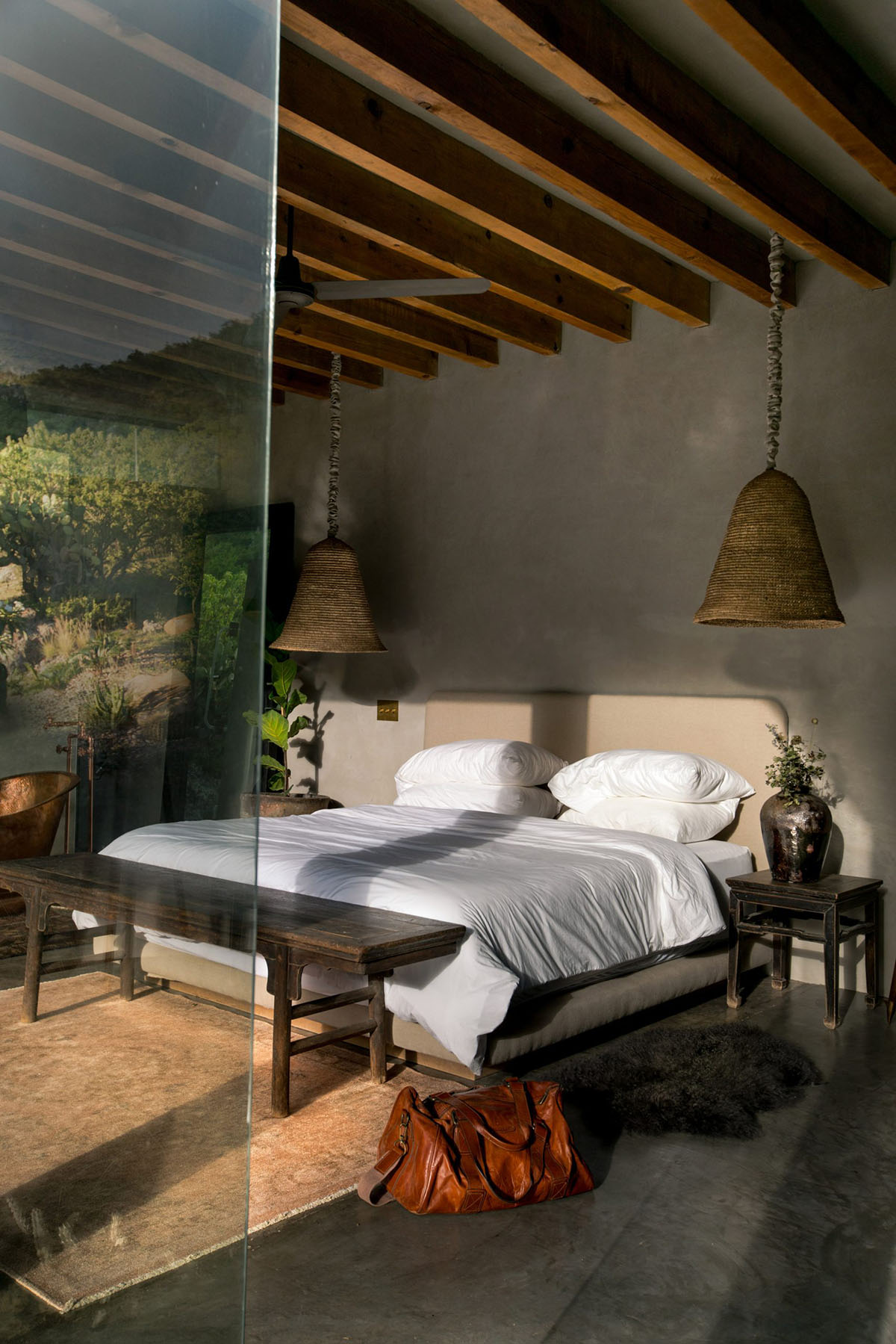 Ashoka also added that: “Light becomes a structural element of this design, distorting the perspective of where the observer begins and the landscape ends."

"I wanted this interplay of light and scale to evoke a deep sense of awe for the wild, and to beg questions about our role as stewards in the preservation of our ecosystems." 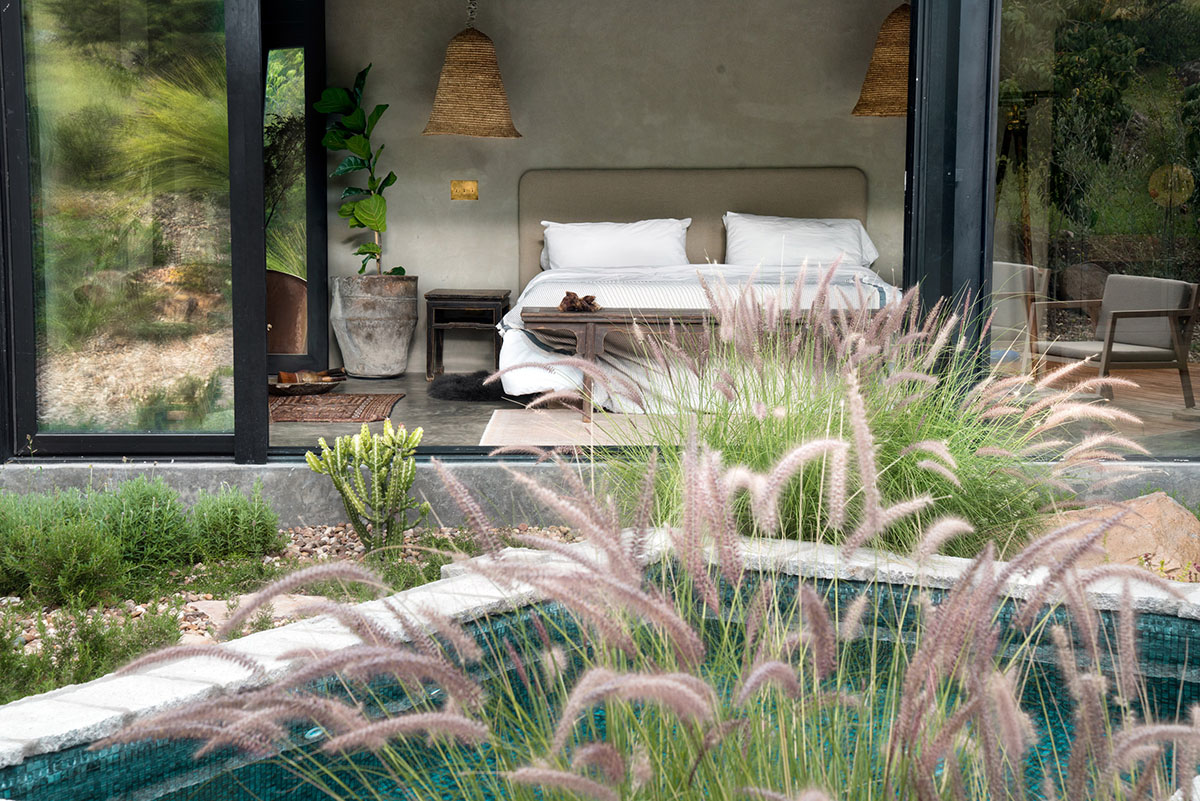 The cabin is an ideal place for whom want to stay in remote distances, or specifically for travellers seeking out remote experiences amidst social distancing concerns.

Casa Etérea is a 20-minute drive from the center of San Miguel de Allene, the cabin sits on the slopes of the extinct volcano, Palo Huérfano, within the greater Los Picachos mountain range of central Mexico. 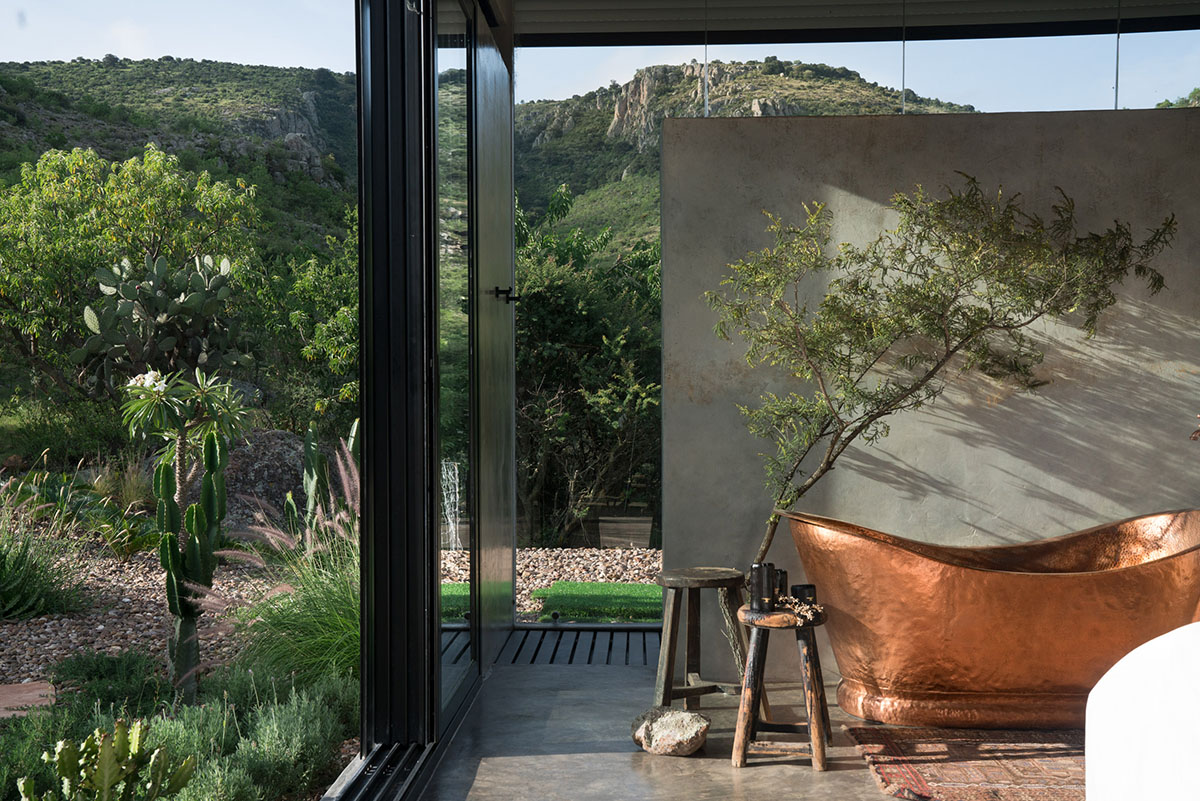 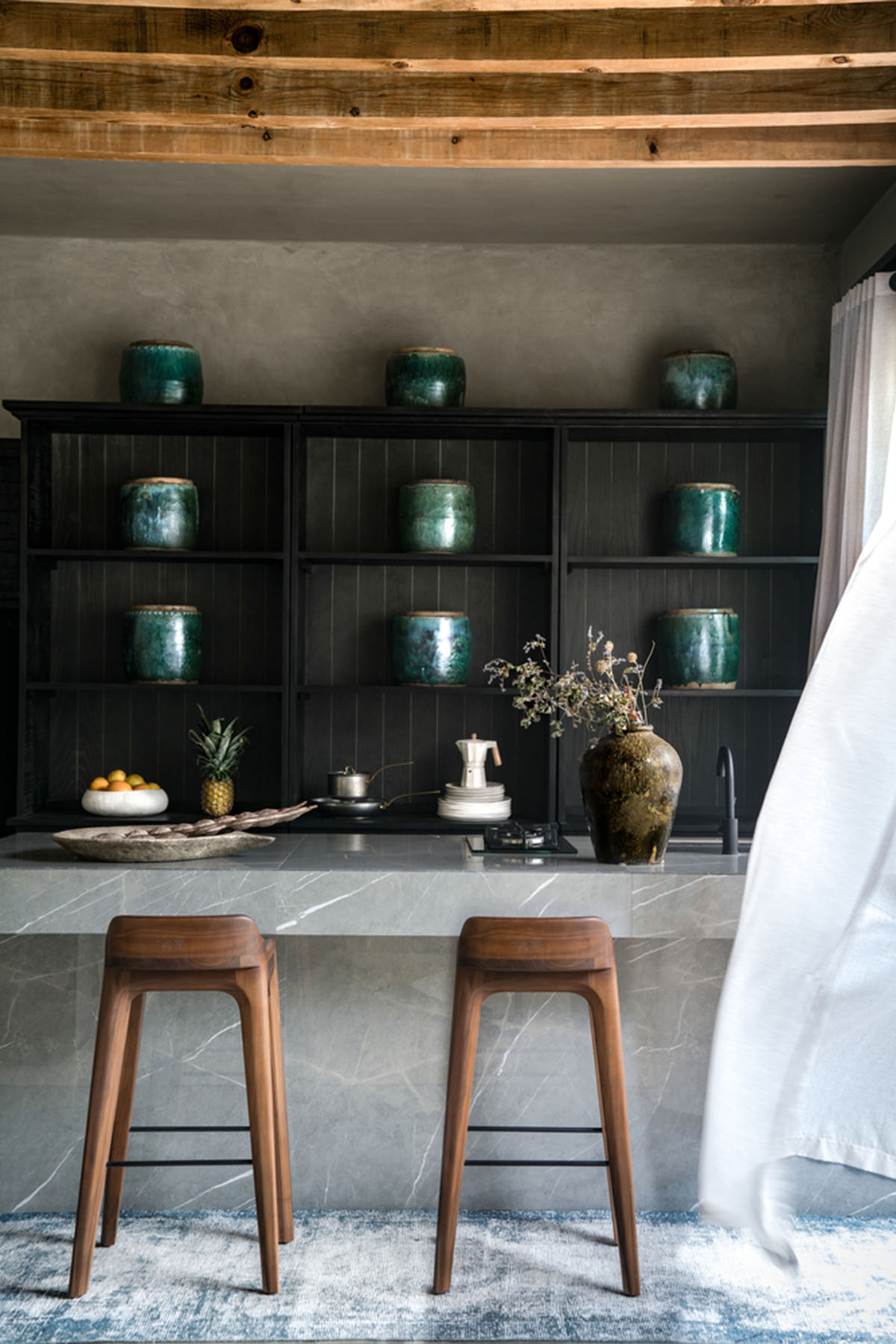 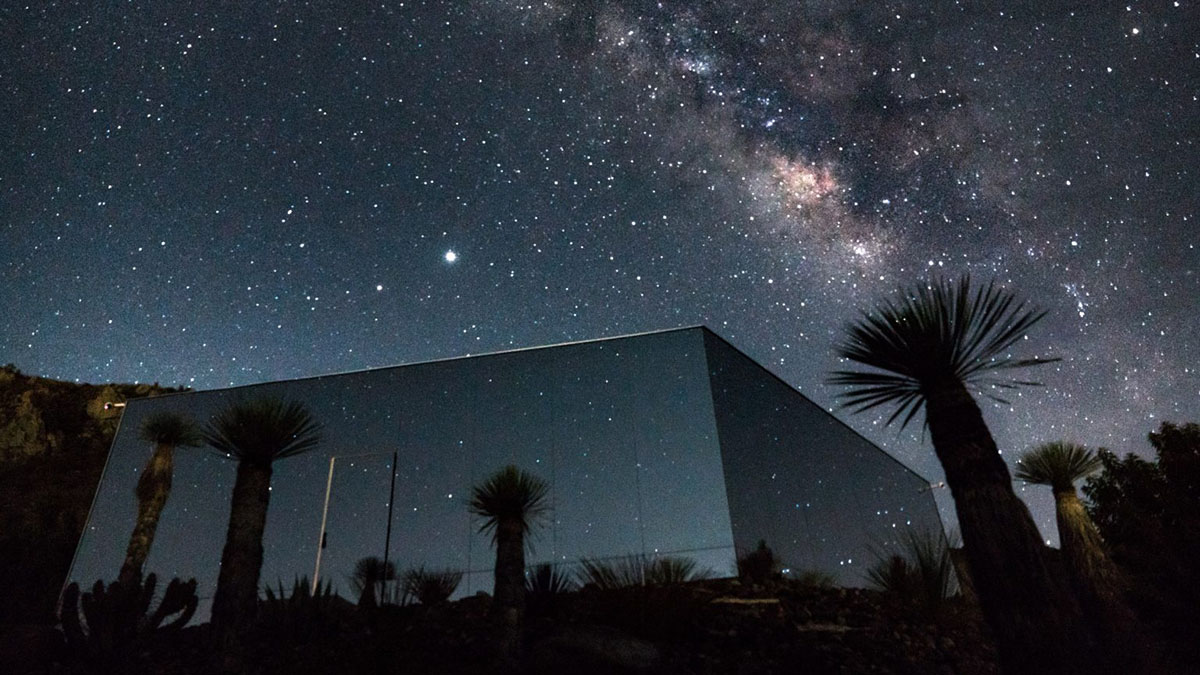