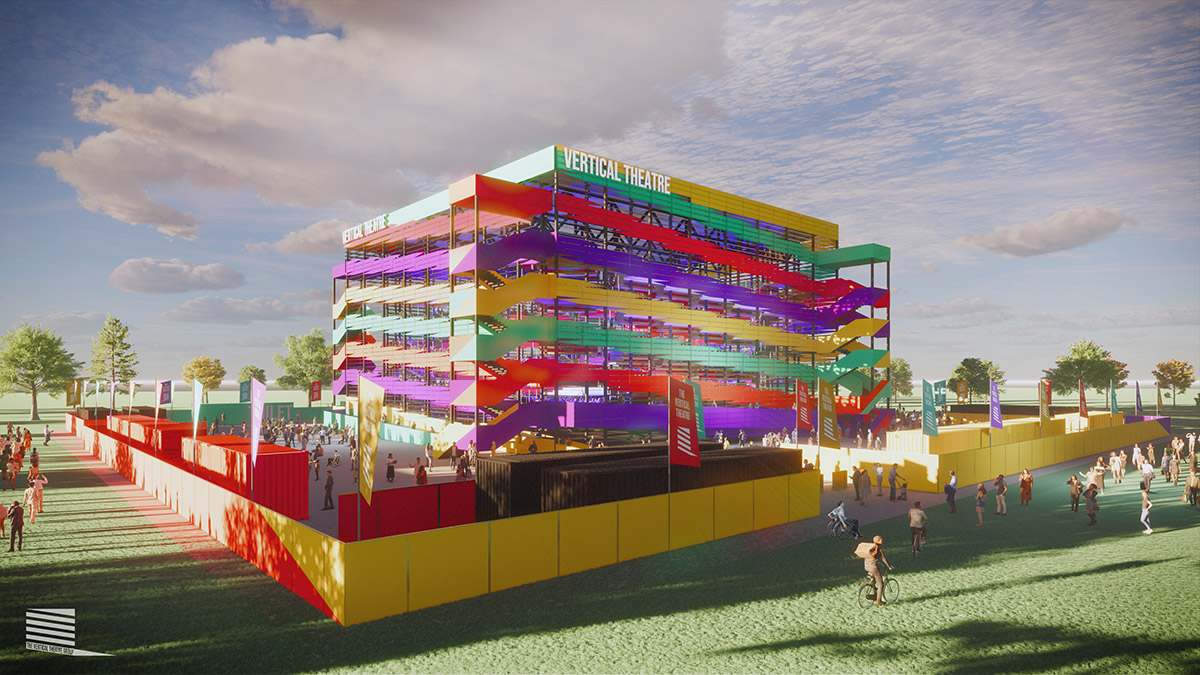 London and Hong Kong-based studio Stufish Entertainment Architects has revealed a new concept for a socially-distanced Vertical Theatre that represents a "new era of performance venues".

The proposal is developed in response to the current pandemic situation which has affected the entertainment industry to a large extent.

The Vertical Theatre vision has been developed for a ‘future-proof’ live performance as an innovative, tourable, free-standing venue which is designed to help guarantee the new future of live entertainment.

Ensuring social distancing measures, the venue is described as "a new kind of performance space" that could be used by all levels of the live entertainment world – from theatre and festivals to global artist tours as well as comedy, circus, and televised events.

The concept is aimed to ensure that the world of live entertainment can thrive in a world reeling from the unprecedented impact of a global pandemic. 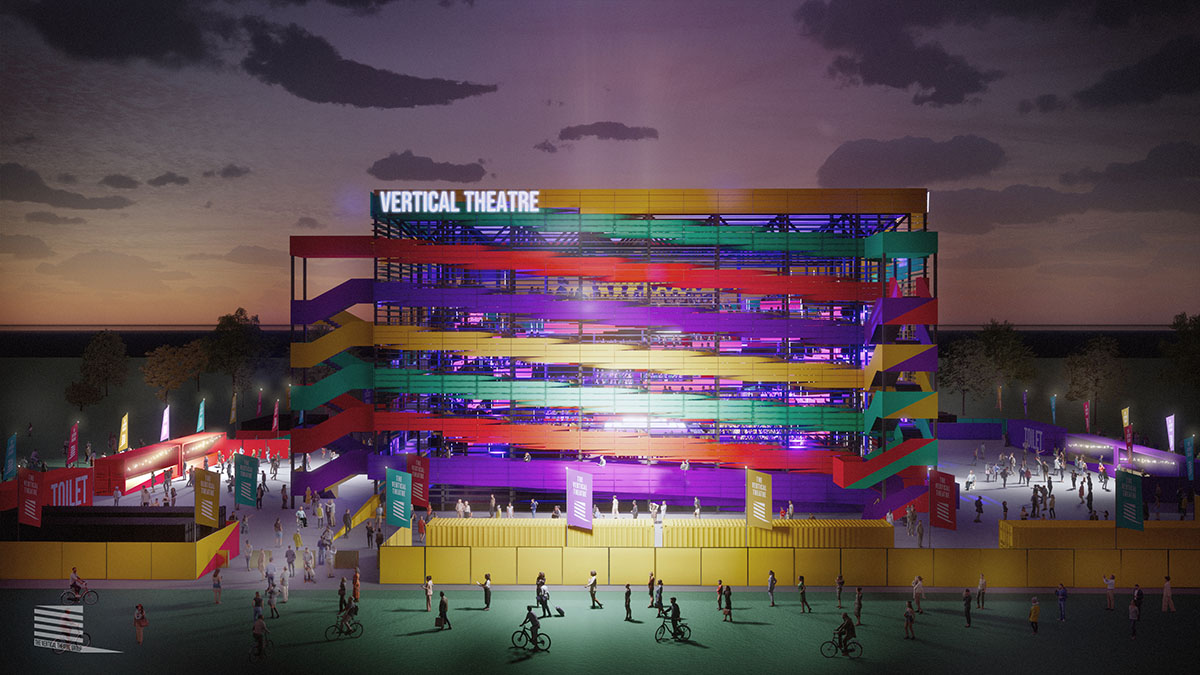 "The Vertical Theatre Group will be ready to roll-out later this year with the ambition to have multiple Vertical Theatre venues around the world in due course, to give a much-needed boost to the struggling live entertainment industry," stated in a project description.

Stufish Entertainment Architects said that "The Vertical Theatre Group have begun initial discussions with potential partners and are open to conversations from further partners to realise this vision."

"Creativity defines all the artists and partners we work with. At Stufish, we were excited to see what a new type of cross arts collaboration could produce, as we build a new vision for the future of live entertainment – The Vertical Theatre," said Ric Lipson, Entertainment Architect and partner at Stufish.

"We are devoted to the vital importance of arts and culture. We believe they are an essential part of human experience, of what makes us who we are. We are very excited to be able to bring this innovative new venue offering to the live entertainment world at this pivotal moment for the future of the arts," said The Vertical Theatre Group founders. 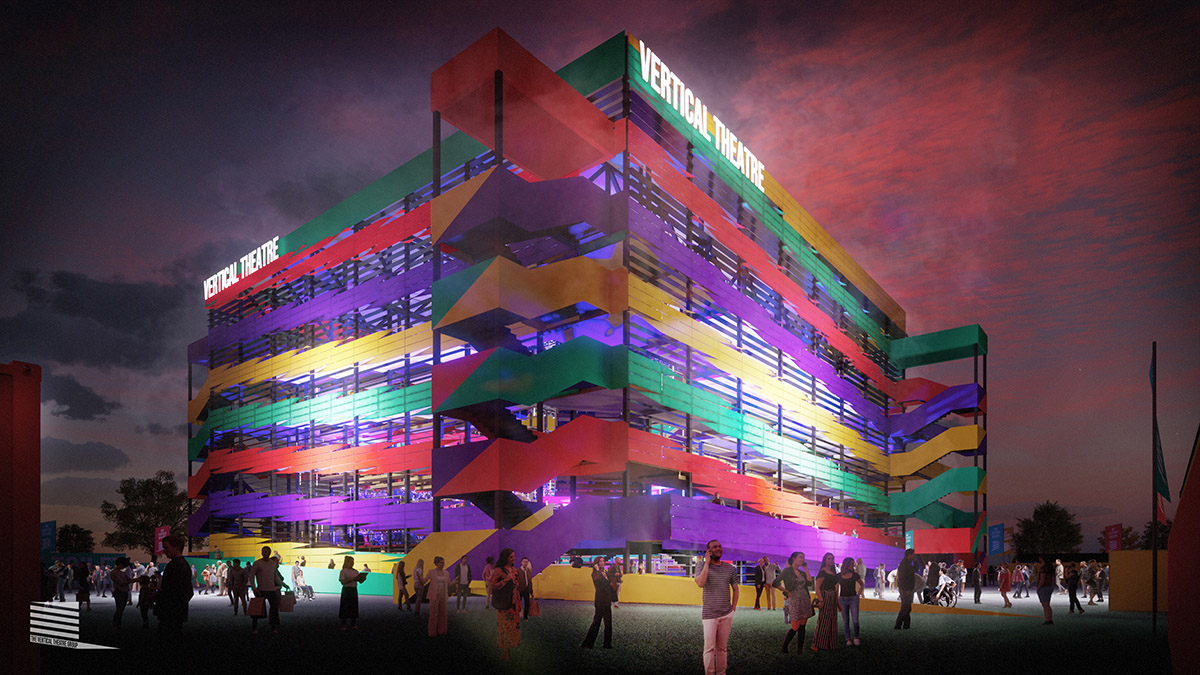 This freestanding tourable structure, has a roof to protect the audience and stage from the elements, with optional open sides to allow for optimum airflow and natural ventilation.

The audience sits in balconies which can accommodate groups between 4-12 people or designated "social bubbles". Each audience member has an up-close view of the performance space and enjoys a unique VIP experience, bringing more people closer to the artist unlike any other venue. 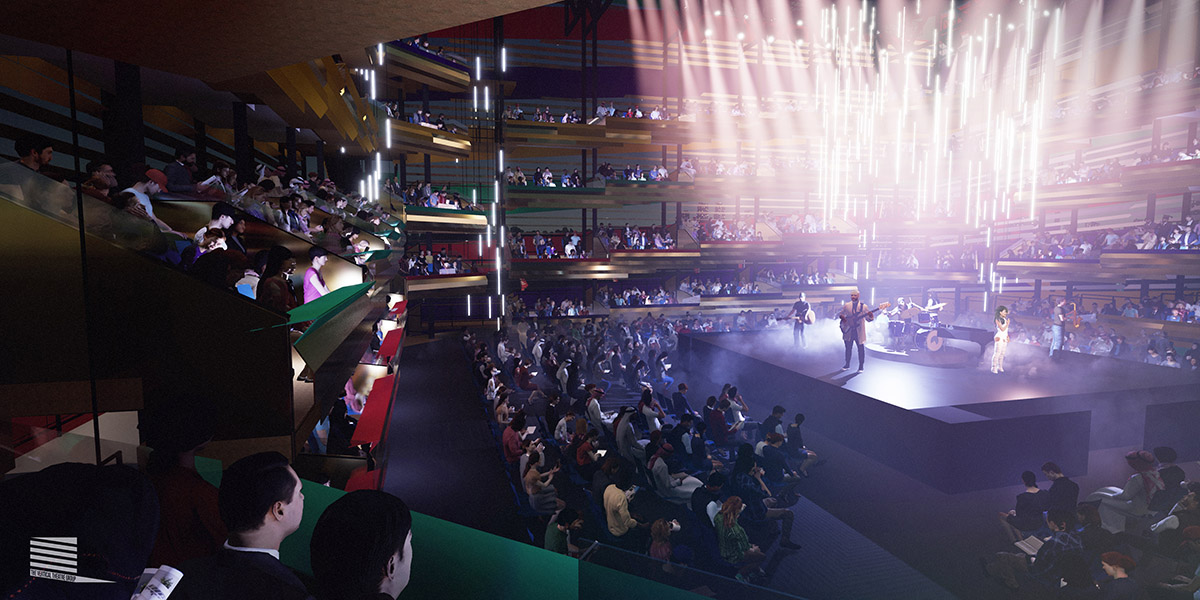 The Vertical Theatre is modular in size and has the capacity for 1200 – 2400 people (depending on social distancing rules). The venue has the capability to include built-in global streaming capacity and features innovative F&B facilities.

Conceived with social distancing and decentralisation of audiences in mind, the Vertical Theatre also creates a space that is fully adaptable for when Covid-19 restrictions are a thing of the past. 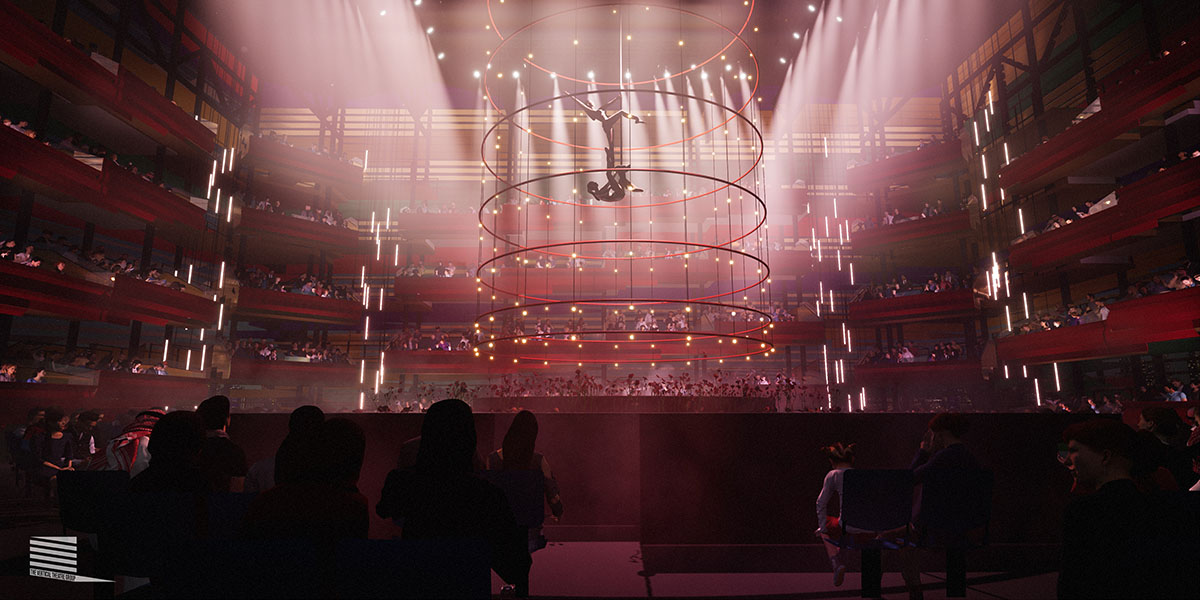 Their main goal is to provide a commercially viable space for live entertainment now, in a world of social distancing. 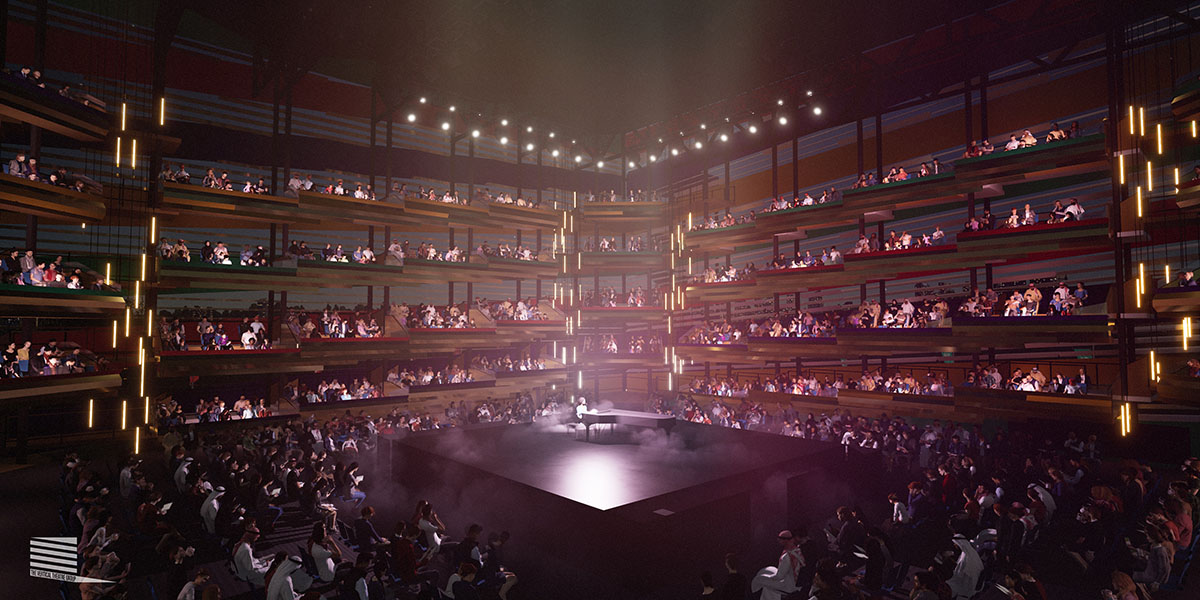 Stufish was founded in 1994 by the late and legendary Mark Fisher. Stufish’s projects with Pink Floyd, U2 and the Rolling Stones set a global precedent for Entertainment Architecture.

All images courtesy of Stufish.