Released in new photographs taken from October, the new pedestrian bridge will connect America the Beautiful Park with downtown Colorado Springs, which was hoisted into the air, driven across the railroad using self-propelled modular transporters.

The design takes its inspiration from the gravity-defying motion of athletes, with a 250-foot curved steel structure that floats above the railyard.

As the firm highlights, on-site work will continue through the winter before the bridge opens to the public in early 2021, weather and construction dependent.

"The bridge, from idea to execution, represents how Colorado Springs is coming together to further create a city that matches its scenery. Born of public and private visioning and cooperation, it will link east and west, people and parks, downtown and surrounds," said Mayor John Suthers.

"Investment in the redevelopment of southwest downtown is creating an urban destination that residents and visitors alike will enjoy well into the future." 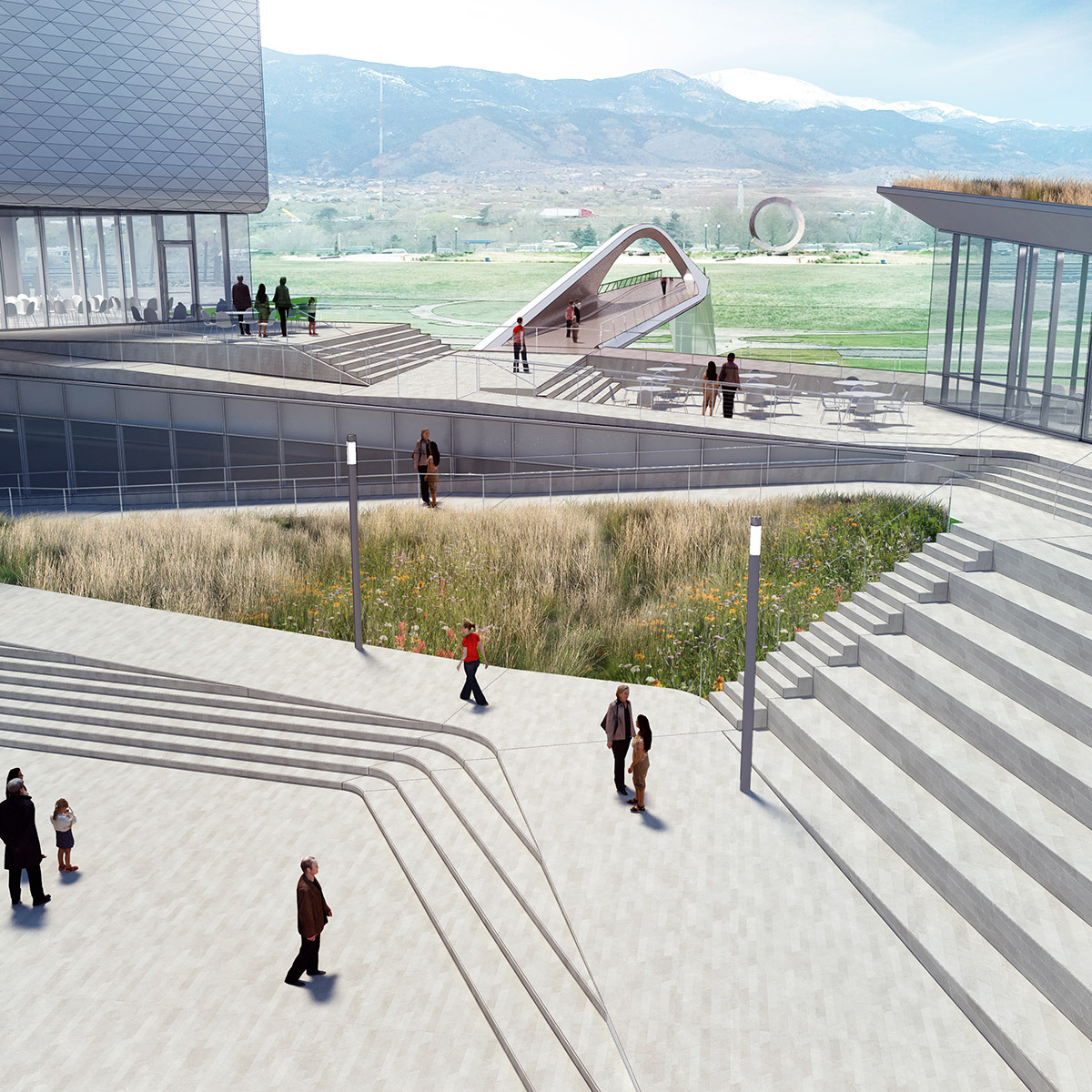 "The bridge is an exercise in fitness - both in terms of material and geometry. The hybrid steel structure system functions as an arch and a truss, elegantly preserving views from Downtown to the majestic Rocky Mountains and Pikes Peak- America’s Mountain," said DS+R Partner-in-Charge and Lead Designer Benjamin Gilmartin.

"The bridge will establish a pedestrian gateway from the west into downtown and connect to the U.S. Olympic and Paralympic Museum. The bridge also stitches together a growing network of pedestrian bicycle paths including the Pikes Peak Greenway and Midland Trail running alongside Monument Creek."

"Design elements include an elevator, staircase, ADA and bike-friendly accommodations with bicycle wells and an overlook at the west end of the bridge," added Gilmartin.

By extending the east-west axis of Vermijo Avenue to the America the Beautiful Park, the new pedestrian bridge reconnects the urban fabric of downtown Colorado Springs, a plan that has been in development for decades.

The bridge also stitches together a growing network of pedestrian bicycle paths including the Pikes Peak Greenway and Midland Trail running alongside Monument Creek.

The bridge’s generous width safely accommodates people of all ages and abilities, on both bikes and on foot to enjoy a view to as well as access by stair and a glass elevator at its widest point, an oculus at either side of the bridge frames the museum and downtown to the east, or a platform for train spotting below and a distinct look out to Pikes Peak-America's Mountain to the west.

In the evenings, lighting along the bridge will trace a single vector from one side of the tracks to the other, giving a sense of speed and motion while providing illumination for pedestrians and cyclists.

The prefabricated bridge was assembled by King Fabrication in Houston, Texas and a full fit up was conducted in May 2020 to ensure a continuous geometry. 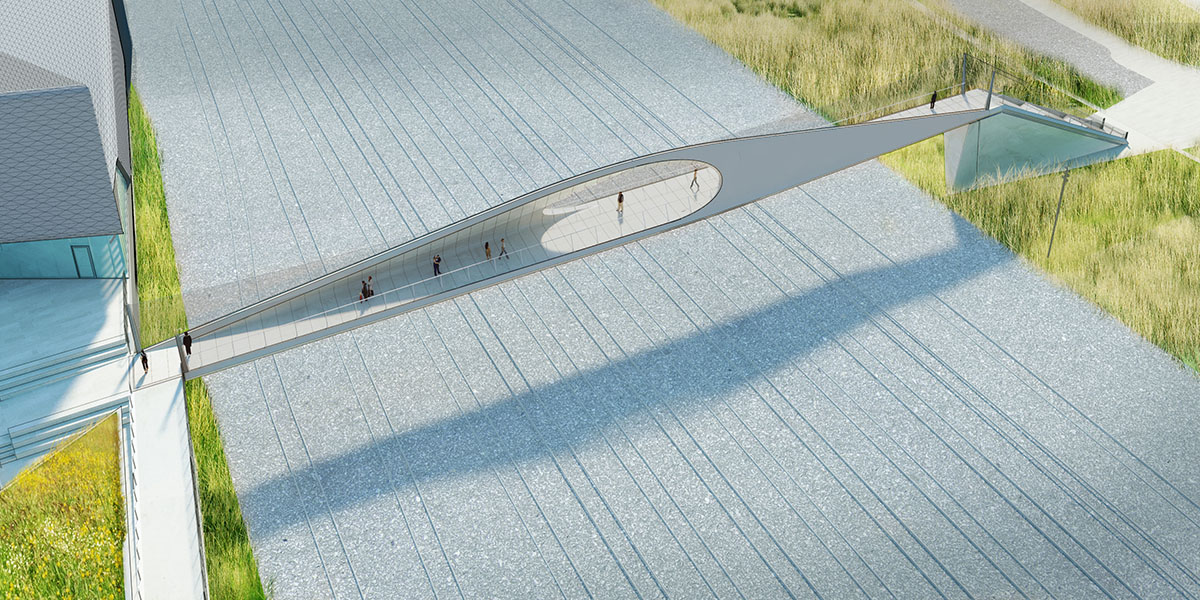 In June 2020, the bridge was delivered to Colorado Springs in sections and assembled and welded together on the ground adjacent to the rail yard and fit out with a concrete walking surface, parapets, and architectural finishes.

The entire 300-ton superstructure will be driven into place using self-propelled modular transporters to place the entire bridge on its abutments during an eight-hour window of time, to minimize outage for the rail lines and yard in fall 2020. 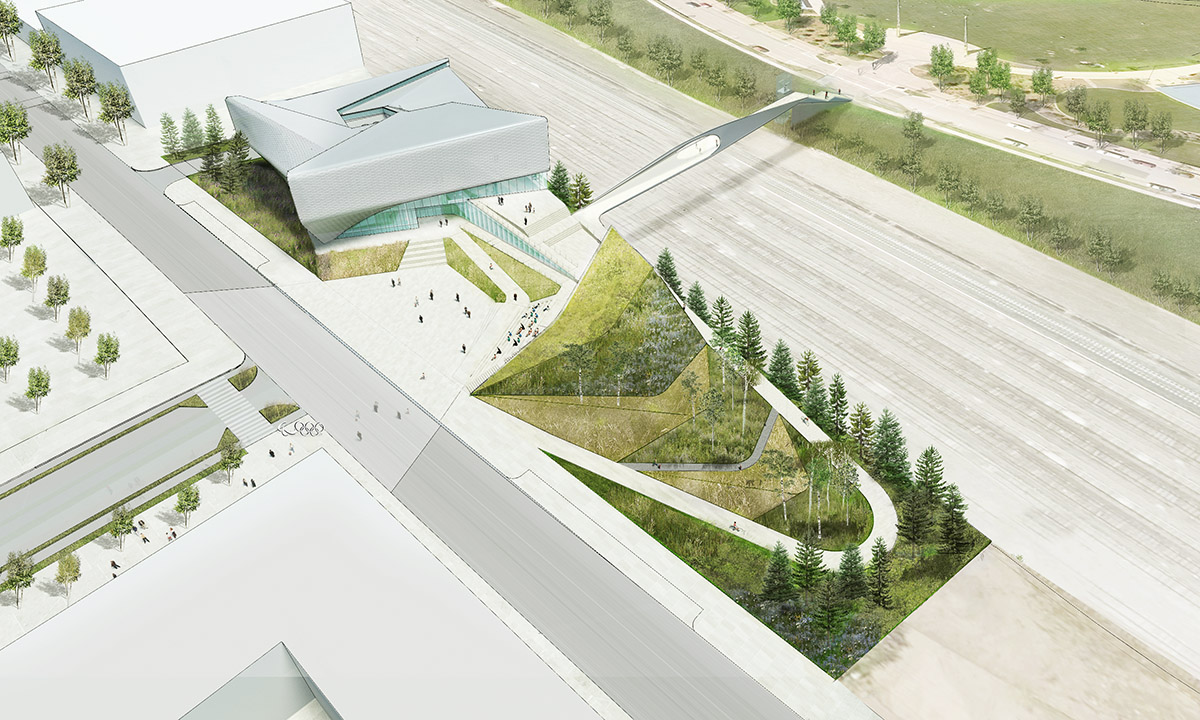 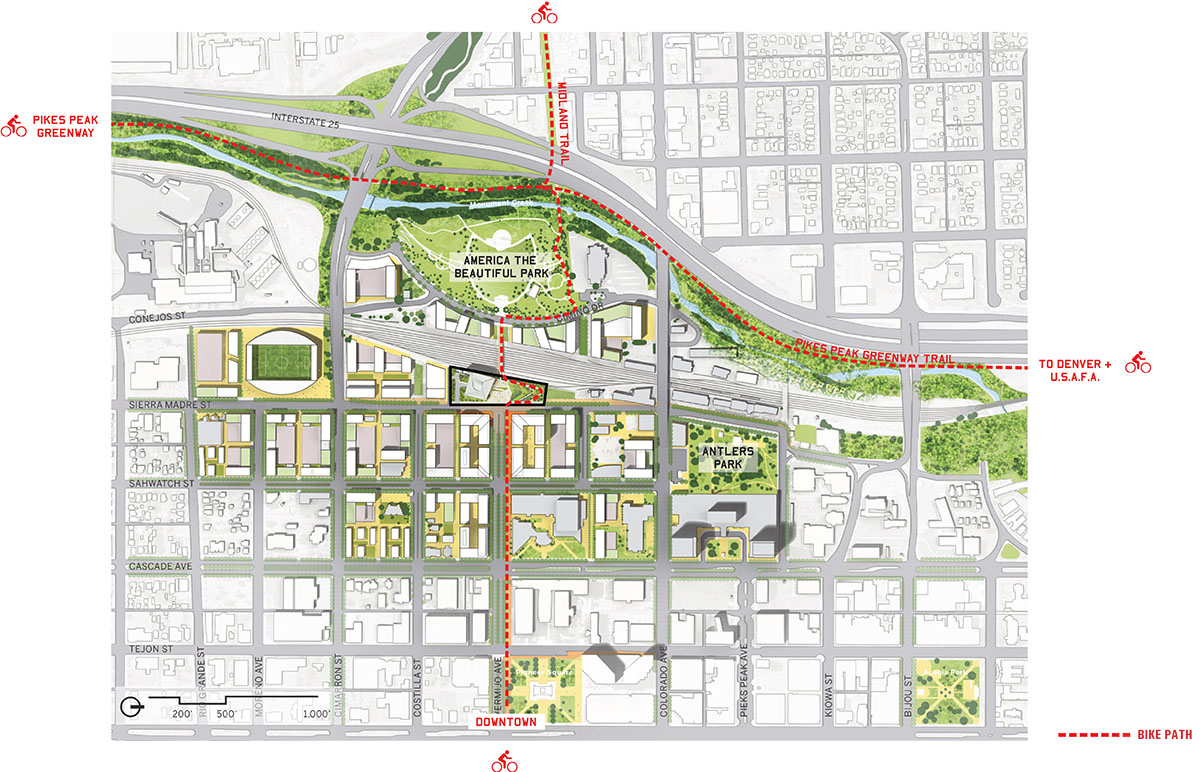 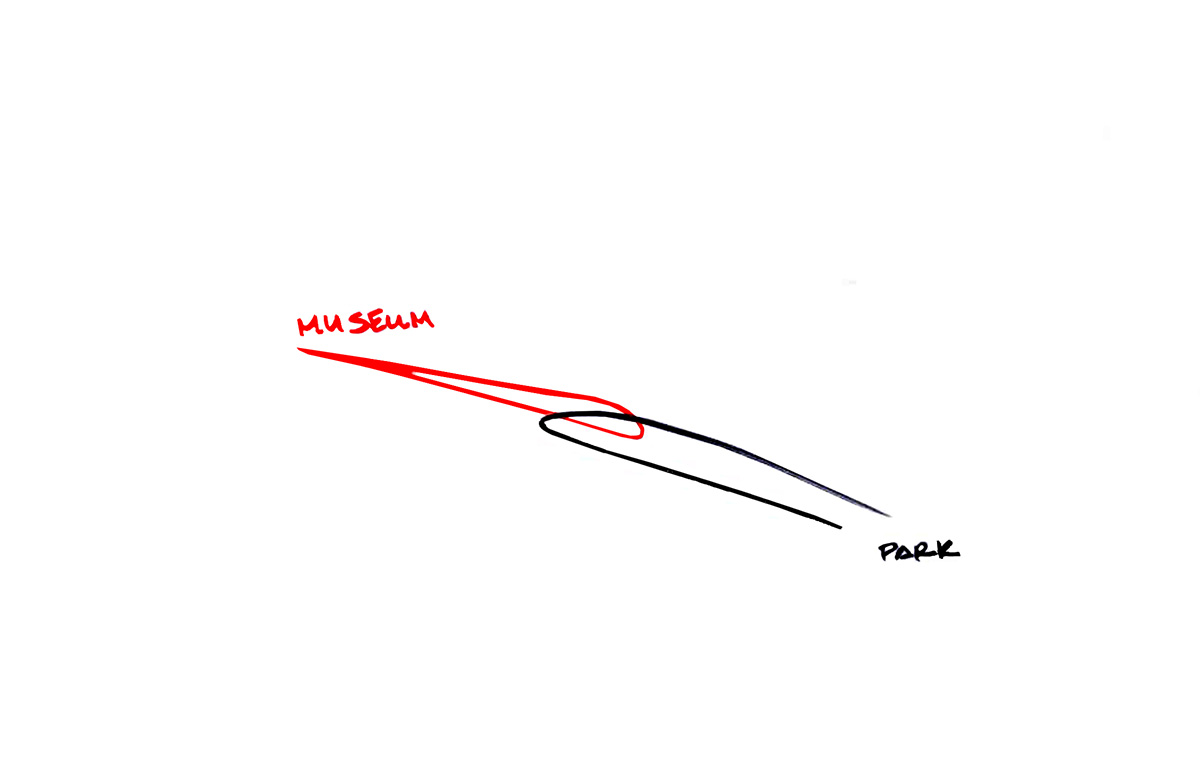 All renderings courtesy of Diller Scofidio + Renfro unless otherwise stated.