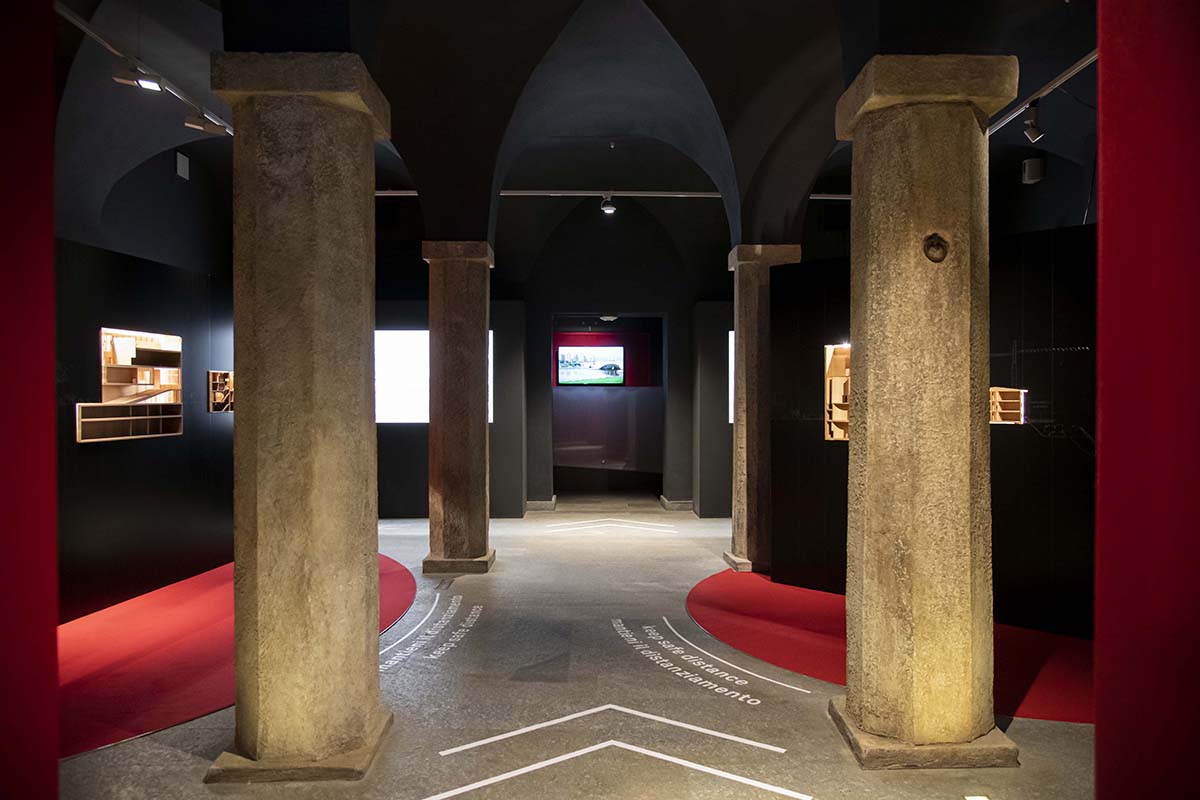 A new exhibition, entitled "China Goes Urban. The City to Come”, has been opened at MAO Museo d'Arte Orientale In Turin, Italy, the exhibition will be on view to the public until 14 February 2021.

The exhibition also presents a series of events within the scope of the exhibition until January 28, 2021, in which the details can be seen below.

The exhibition aims to question the urban, architectural and socio-economic change processes of contemporary China, considered as a mirror in which the possibilities and limitations of the contemporary city are reflected, in China as elsewhere.

Intertwining research and imagination, the exhibition is an exploration of four new cities: Tongzhou, Zhengdong, Zhaoqing and Lanzhou- through which to investigate the new Chinese urbanization and lead the visitor to question himself about (our) common urban future. 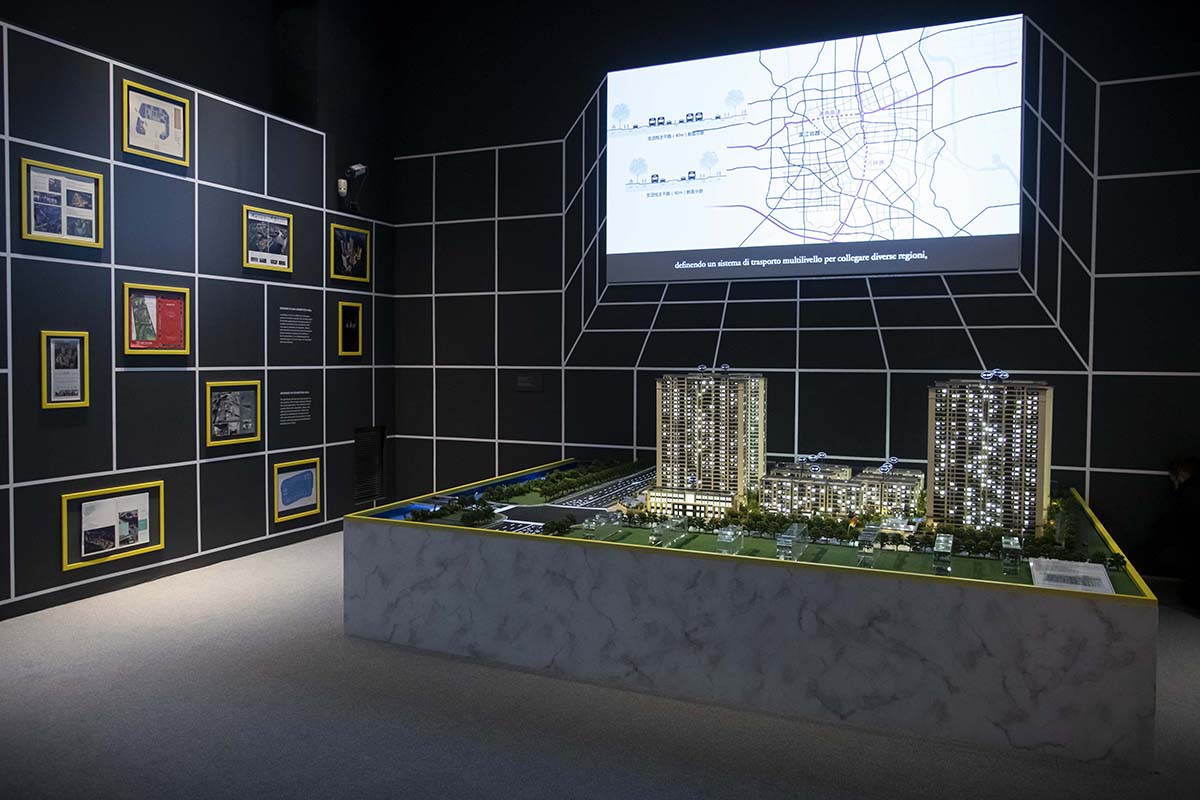 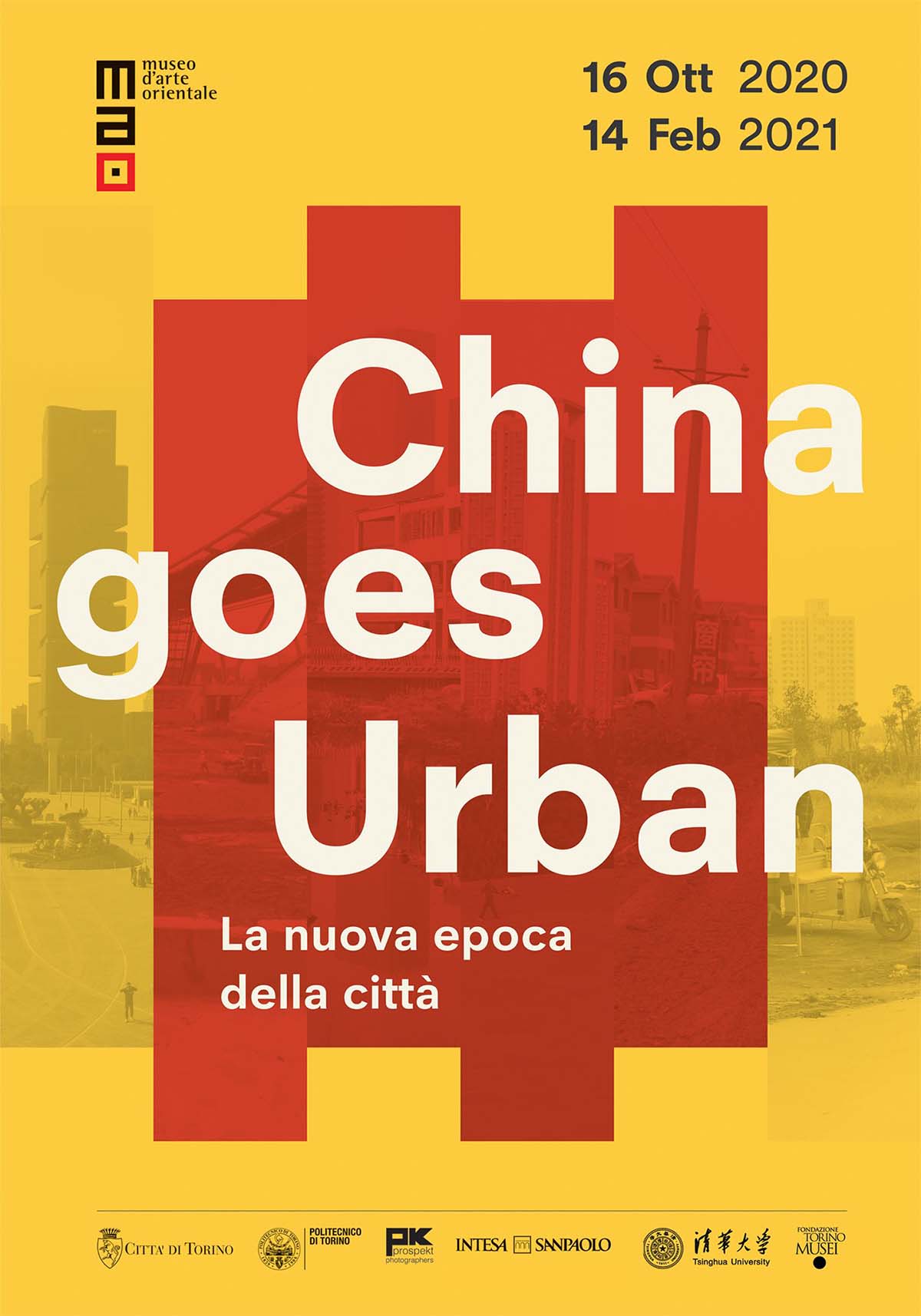 Image courtesy of the exhibition "China Goes Urban. The City to Come"

The City to Come guides the visitor on a journey of discovery of the contemporary Chinese city, connecting it with the planetary urbanization. 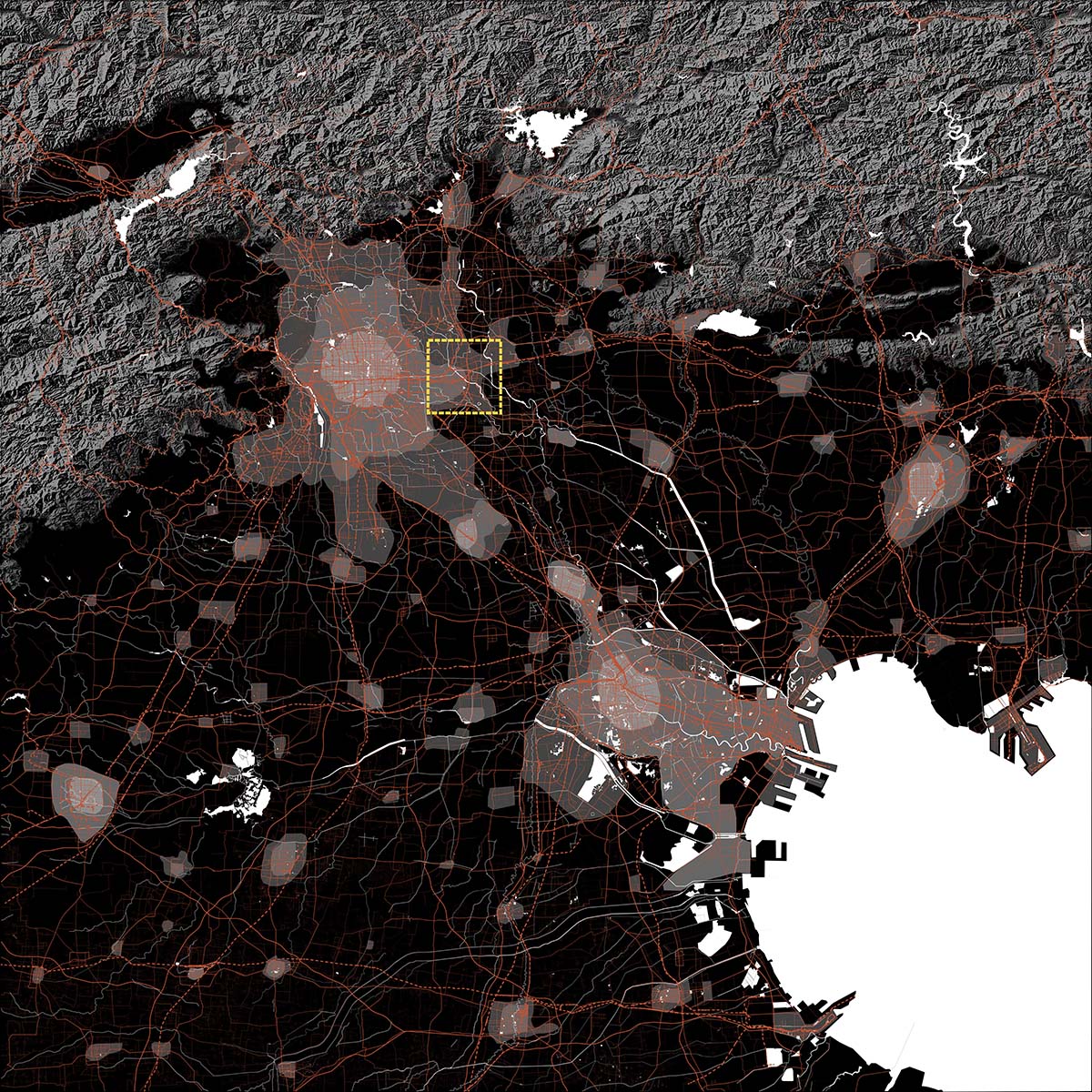 The exhibition dismantles the alleged uniqueness of Chinese urbanisation, indicating to what extent today changes in China are not foreign to us and our existence in the world. 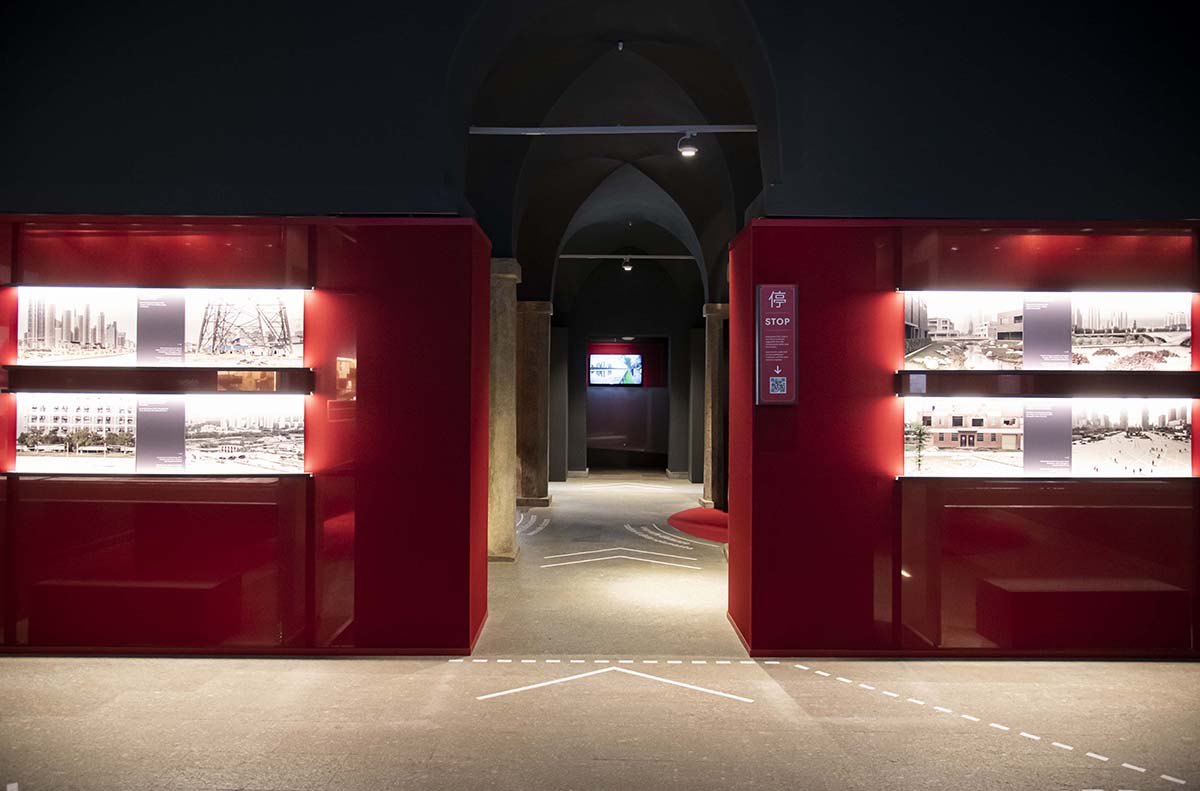 While in the western part of the world there seems to be a growing sensitivity and interest towards the theme of the countryside, China is experiencing a constant and incessant movement of people from the countryside to cities. 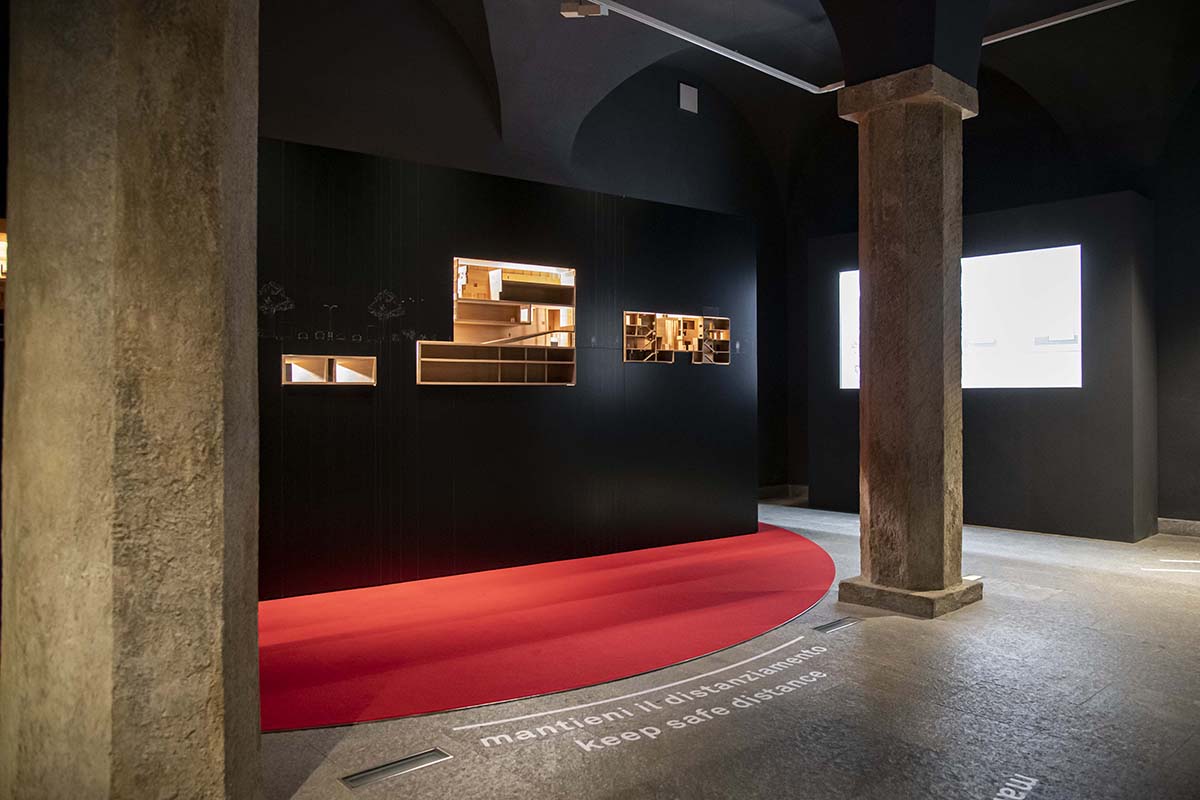 The exhibition is the result of years of research and offers the public a new and broad perspective that traces a line of continuity between past, present and future, connecting the culture of traditional China with the impressive transformations of contemporary Chinese cities. 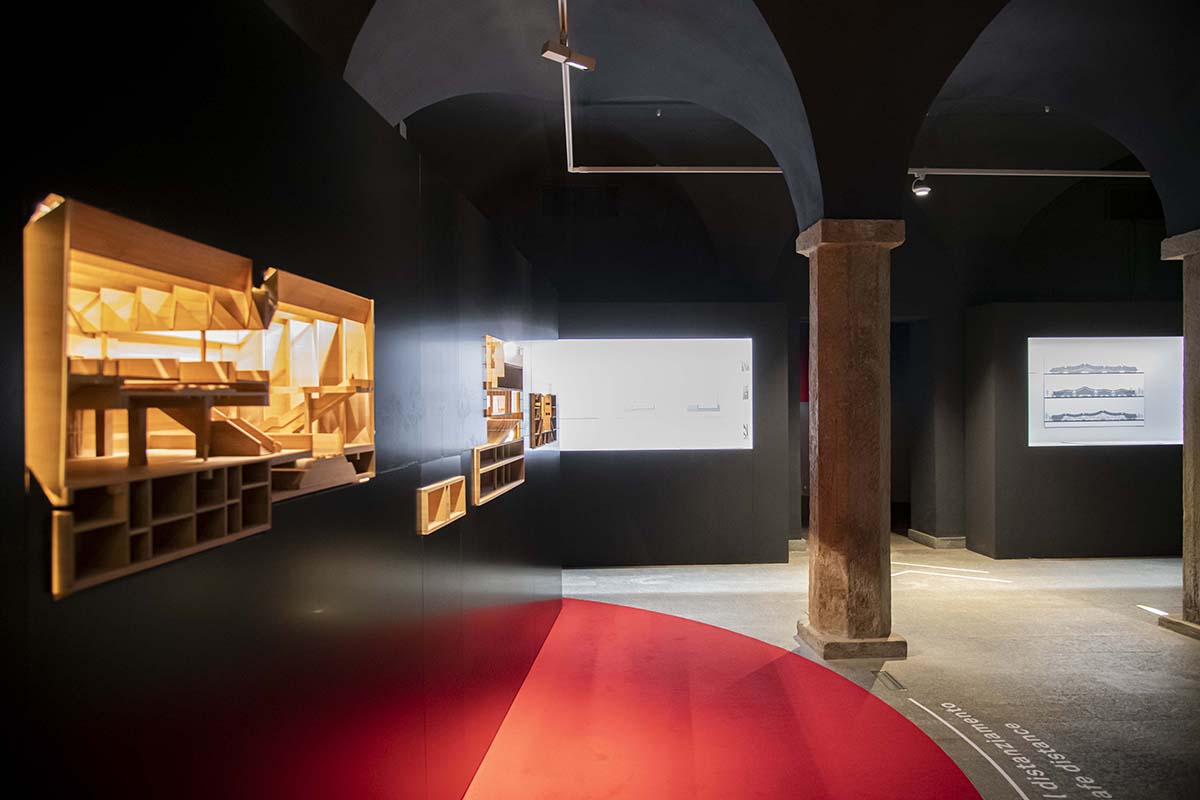 An opportunity to deepen and question the challenges posed by the urban changes taking place not only in China, but all over the planet.

Starting from the exploration of some new Chinese cities and the contradictions triggered by the frenetic processes of urbanization and urban expansion, the exhibition aims to stimulate a reflection on the city of today and the future. 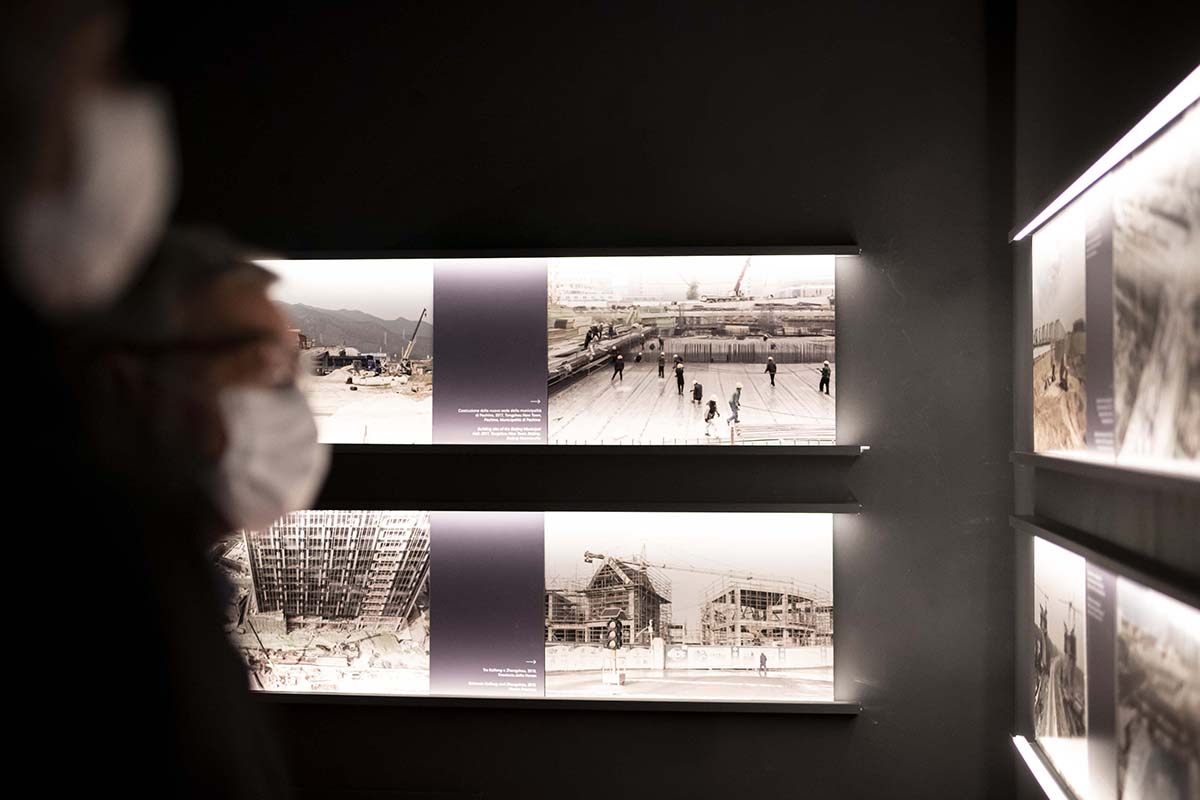 "Every year, more than 16 million people in China move from rural to urban areas, creating what is considered the largest mass migration the world has ever seen. This is not an ‘exceptional’ process, but a global trend," said a press release.

"But the phenomenon of planetary urbanization does not only imply an increase in the population of cities or the development of settlements, but also an intensification of social, economic, political and functional relations between different regions of the world."

"This model of development, which has established itself over the centuries, has limitations and contradictions, both from an environmental and socio- economic point of view, particularly evident in the current phase of uncertainty due to the health emergency and the consequences in economic terms and the worsening of inequalities," it added. 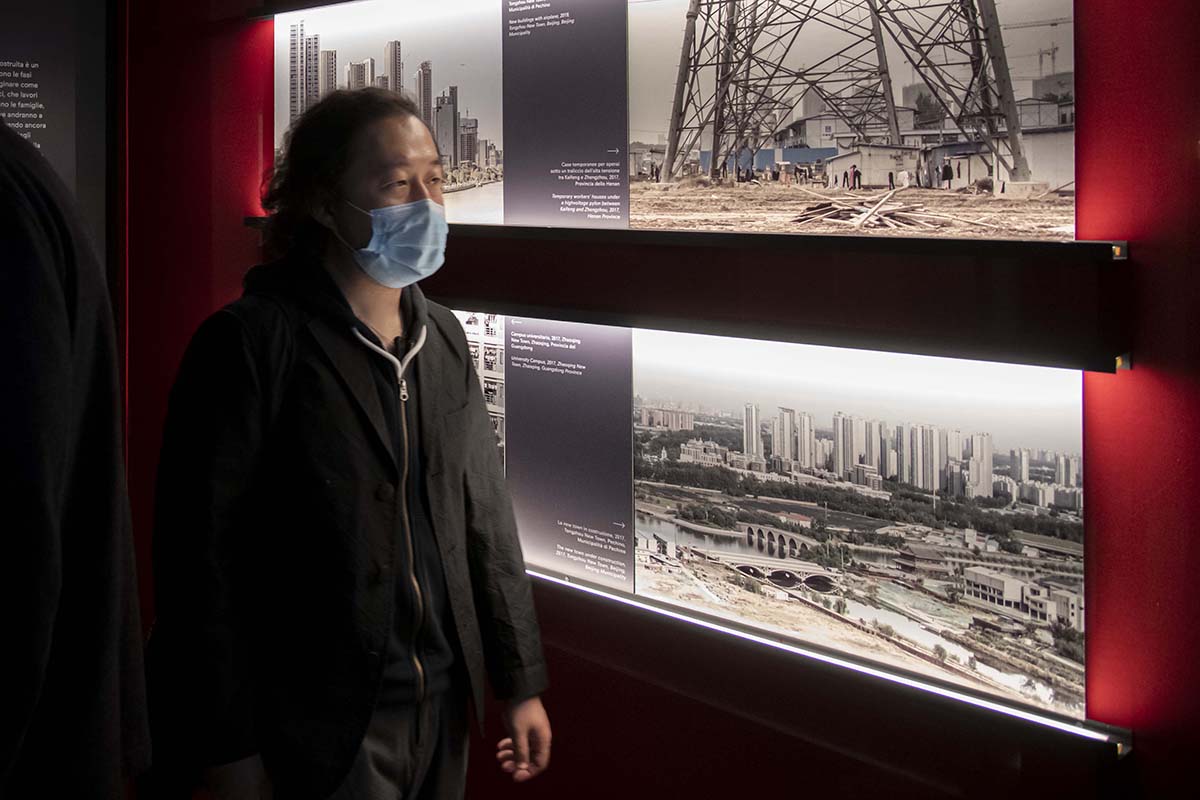 At the center of the exhibition are three main themes that define the characteristics of Chinese urbanization: the fragment, as a specific feature of the contemporary city and its architecture; infrastructure, a key element of urban functioning; and the overcoming of the city/country dichotomy in favor of new forms of urbanization extended to overcome entities defined as stable.

The path of the exhibition unfolds along two logical sequences: the first one starts with the reconstruction of an exhibition hall, an iconic place typical of the Chinese new towns, where public administrations and construction companies stage the city to promote its lifestyle and successes, and arrives at global urbanization. 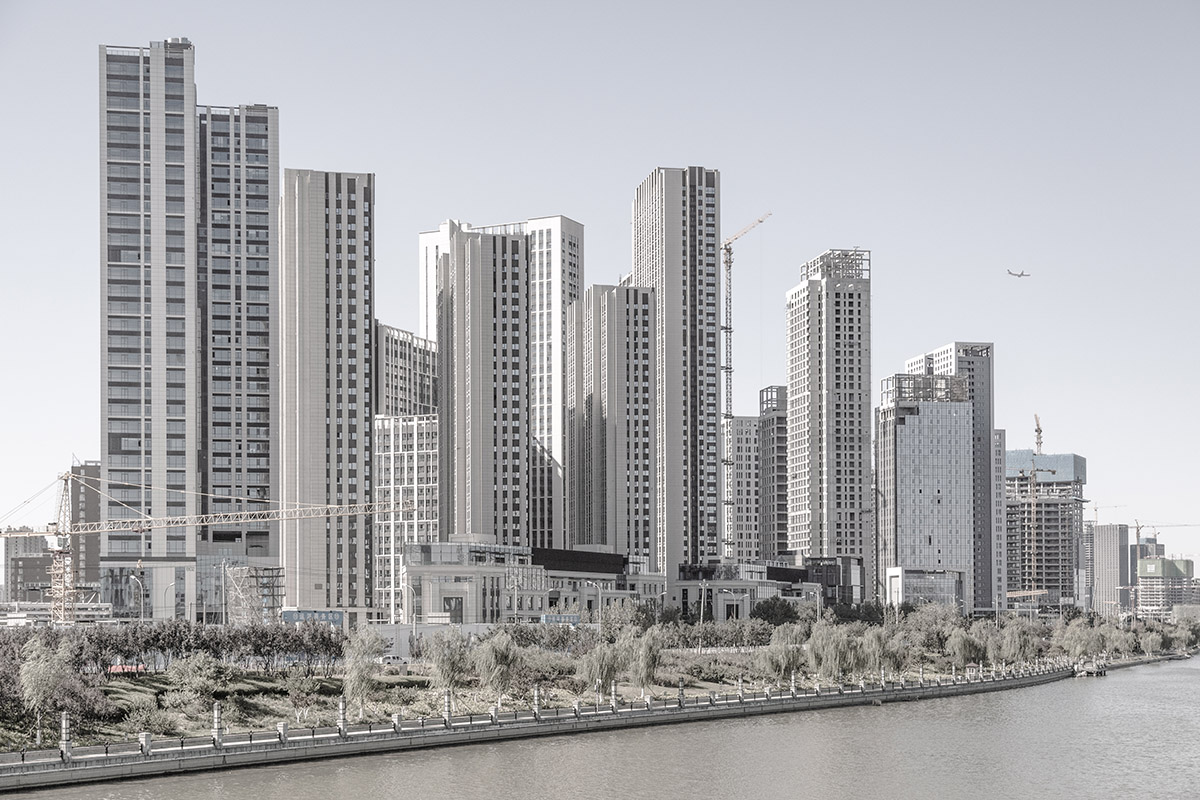 The second sequence moves from empty and atonal spaces to people, to individuals filmed in their daily activities or in portraits “located” inside the new settlements.

The two sequences intertwine continuously, gradually dismantling the reassuring concept of Chinese “exceptionality”: what appears exotic and distant from a superficial glance is much more familiar than we think.

The new Chinese urbanization no longer appear as “other than us”: in the new towns of contemporary China daily life is made of the same small gestures that life is made of at every latitude and the people who perform them are no different from us in their behaviors, practices, desires. 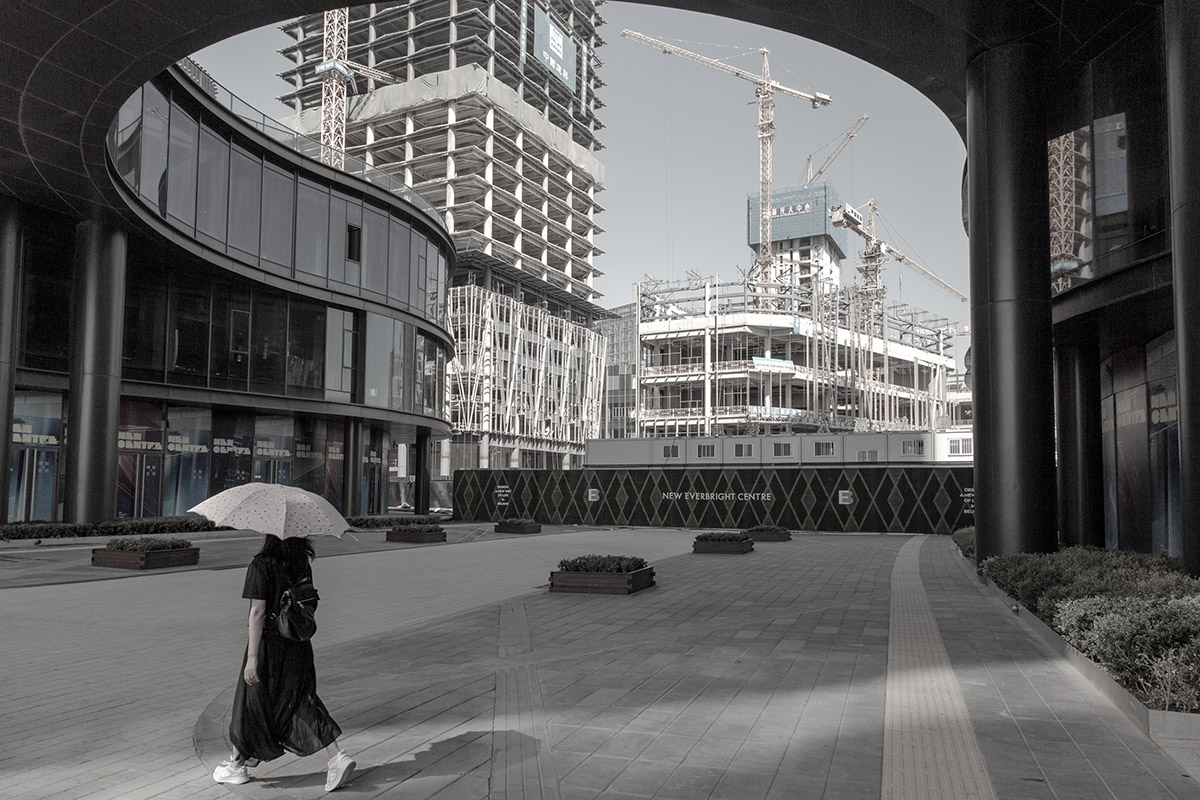 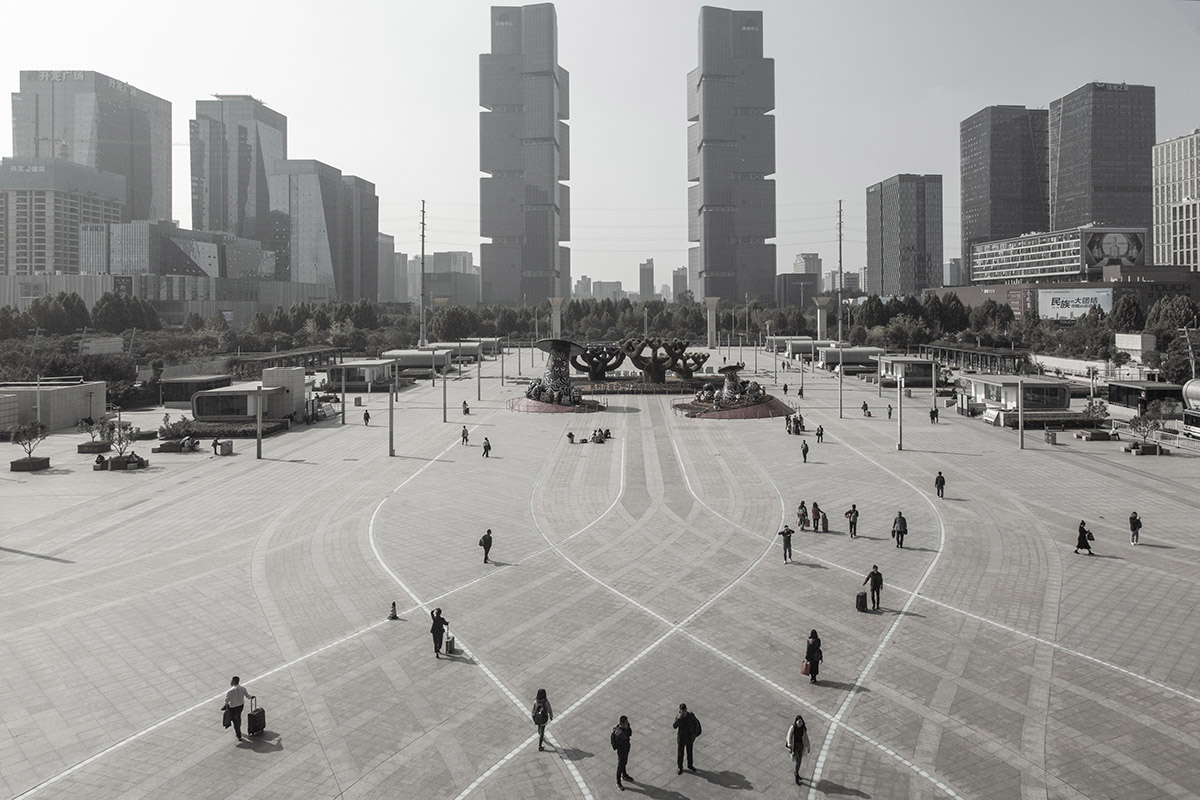 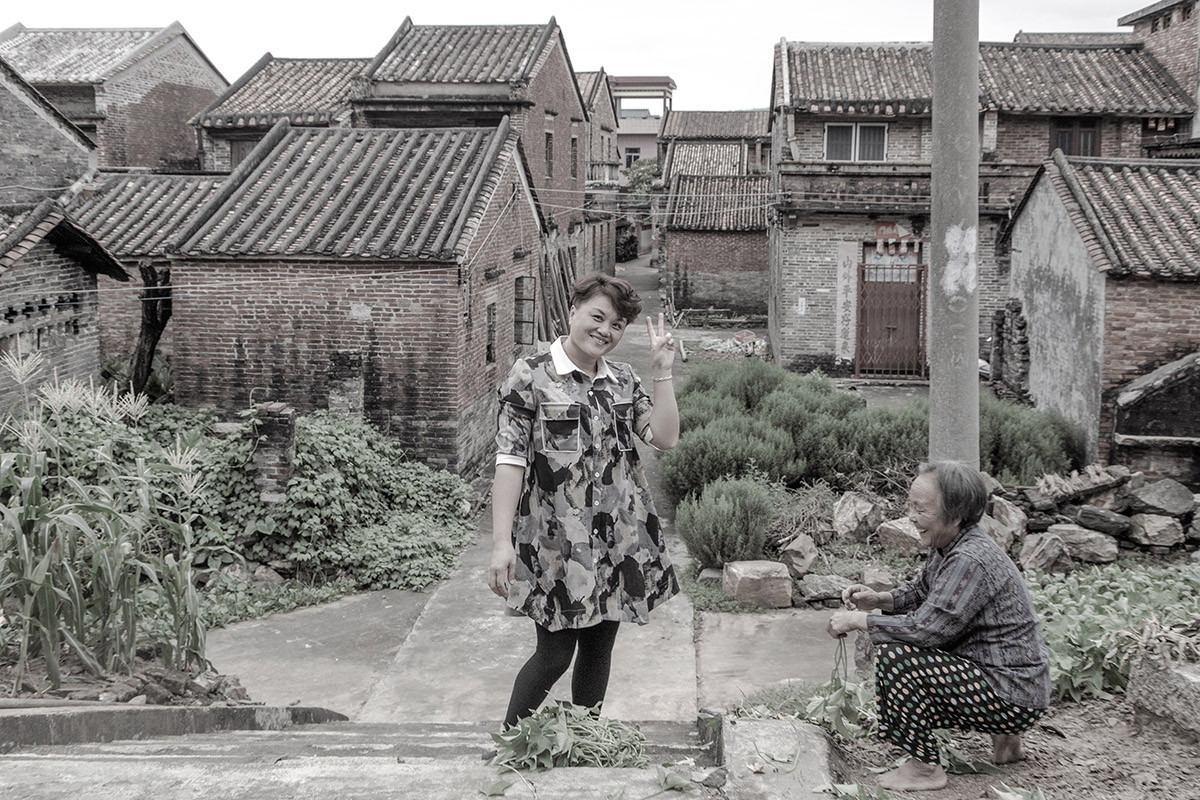 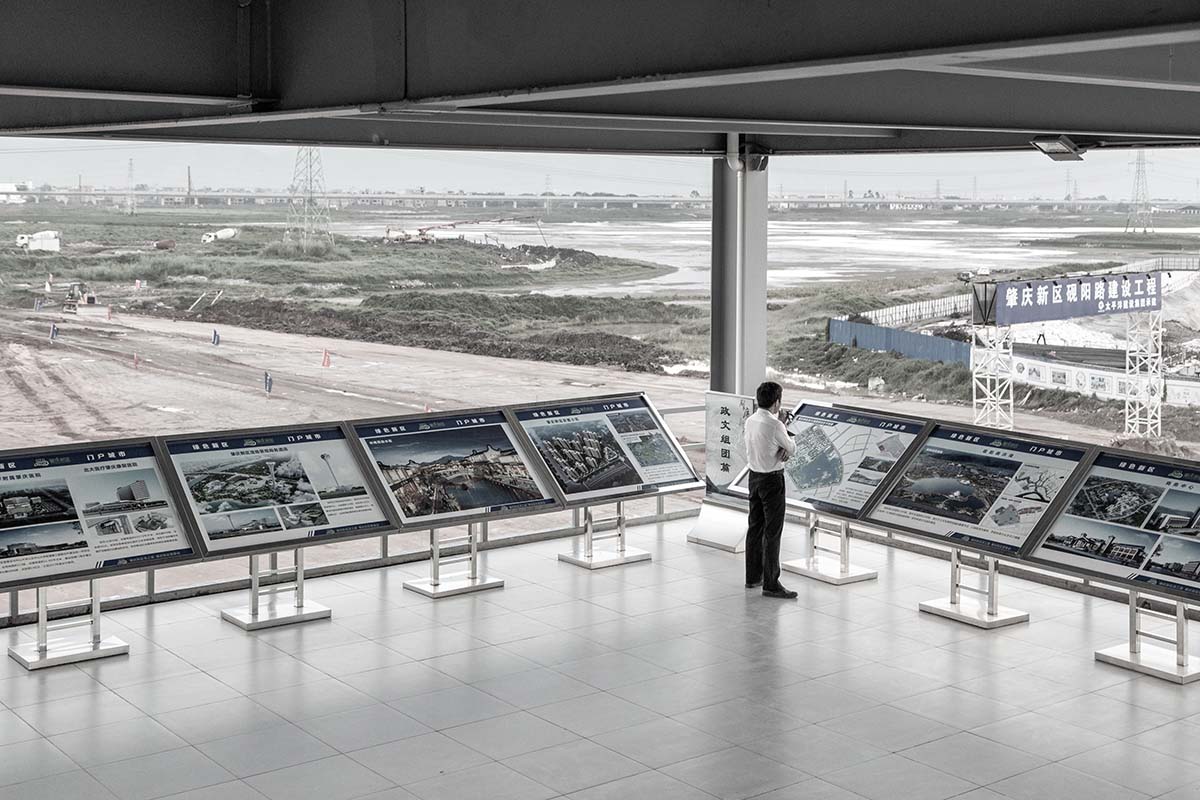 WALKS AROUND THE EXHIBITION: Talks in the museum’s halls, conducted by Claudio Jampaglia.

LESSONS ON CITIES AND INNOVATION: Observations on China and the world, in the words of scholars from the Politecnico.

Thursday 17 December 2020 at 5 pm | Towards Socially Integrative Cities: with Francesca Frassoldati, Politecnico di Torino, and the authors of the new book on sustainable cities in Europe and China (event in English)

DOUBLE INTERVIEWS: Dialogues and points of view on the places of Chinese urbanization.

Wednesday 11 November 2020 from 2.30 pm to 7 pm | China Goes Urban - The City to Come: International seminar with prominent experts in the fields of urban studies, architecture and urban planning.

Event in collaboration with Biennale Tecnologia (in English)

To attend the events it is necessary to make a reservation at the following email address: [email protected]

> via China Goes Urban. The City to Come