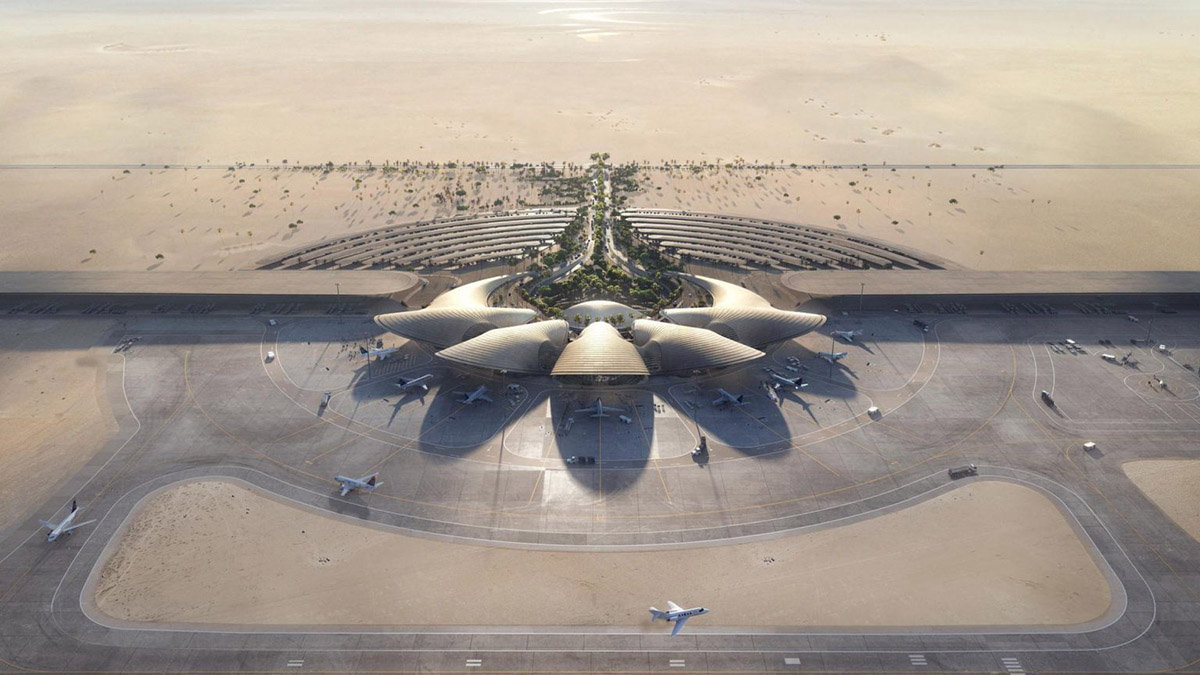 The Red Sea Project, developed by The Red Sea Development Company (TRSDC), forms a chain of 90 inhabitant islands that are being developed along Saudi Arabia’s west coast.

Called the Red Sea International Airport, construction is already underway on site, which started earlier this year, and is scheduled to be completed next year. 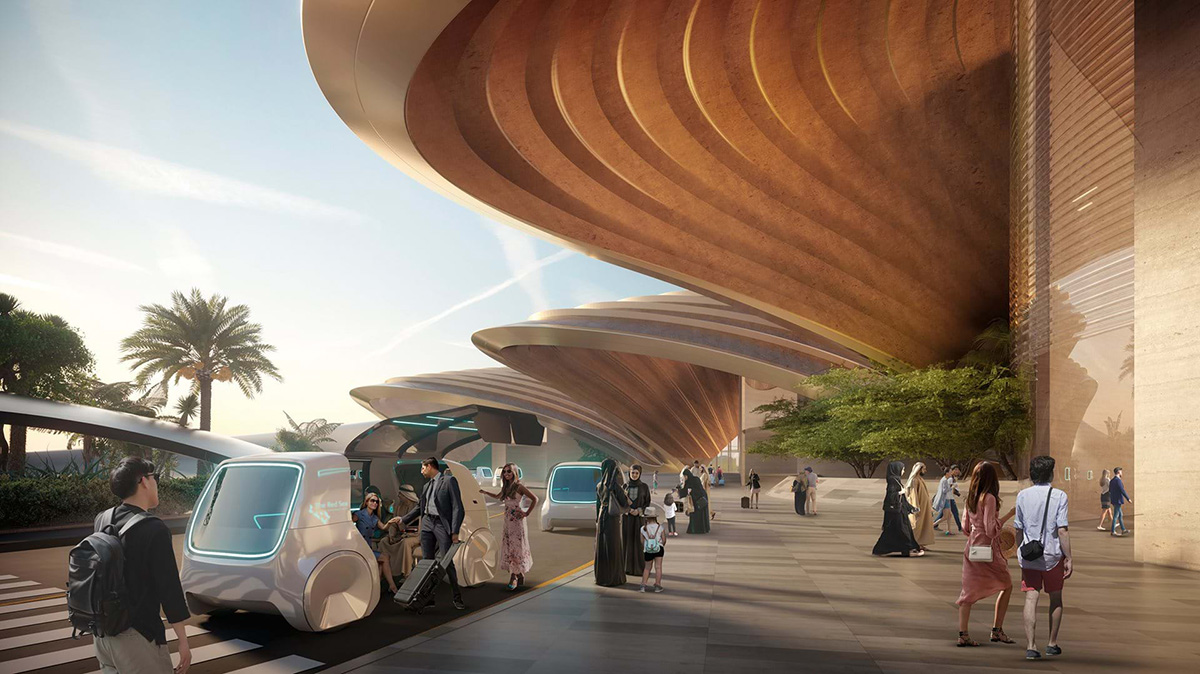 The Red Sea Project is planned as "the world’s most ambitious luxury tourism development, offering an exclusive experience of unparalleled diversity for discerning global travellers."

Once complete, the Red Sea International Airport is aimed to serve the one million annual tourists and visitors expected by 2030.

The new international airport will also serve for the two new resorts developments which will be built nearby the airport, including Foster + Partners' Southern Dunes Hotel and ring-shaped hotel for Ummahat AlShaykh island. 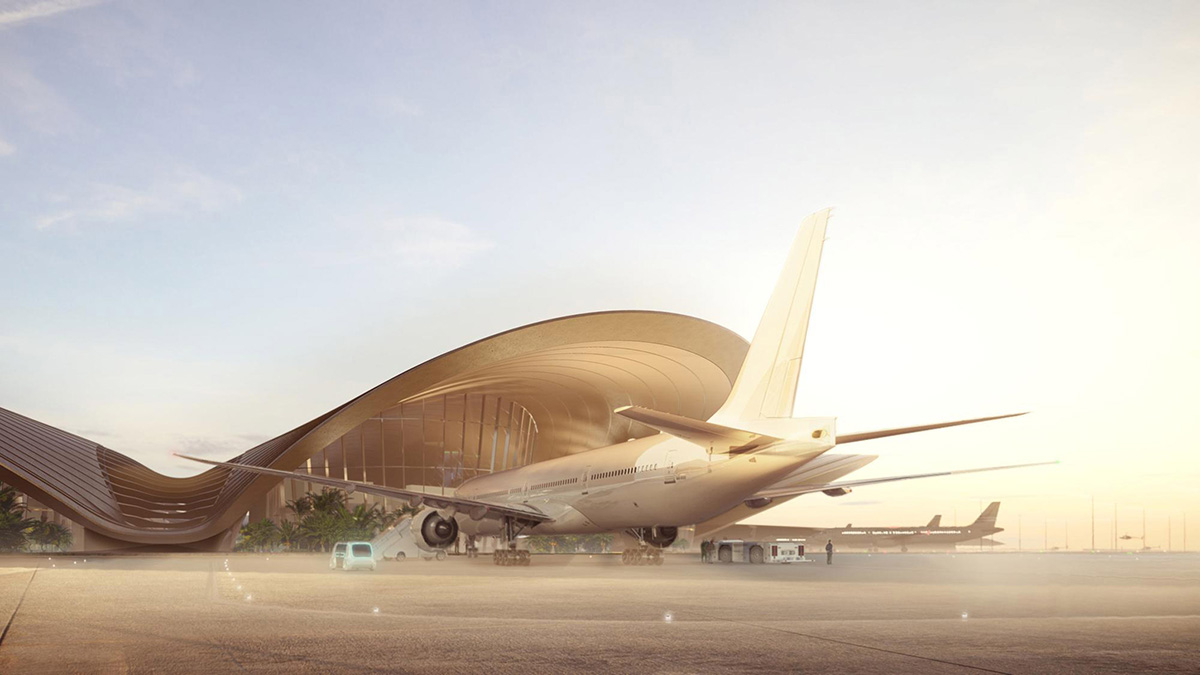 Visuals, released by The Red Sea Development Company, show that the five fluid dune-shaped roofs will form the airport itself in a radial layout.

The design takes cues from "the colors and textures of the desert landscape" which is translated into an architectural language.

Its architecture is informed by the natural beauty of the surrounding landscape and represents the vision of The Red Sea Project, according to The Red Sea Development Company. 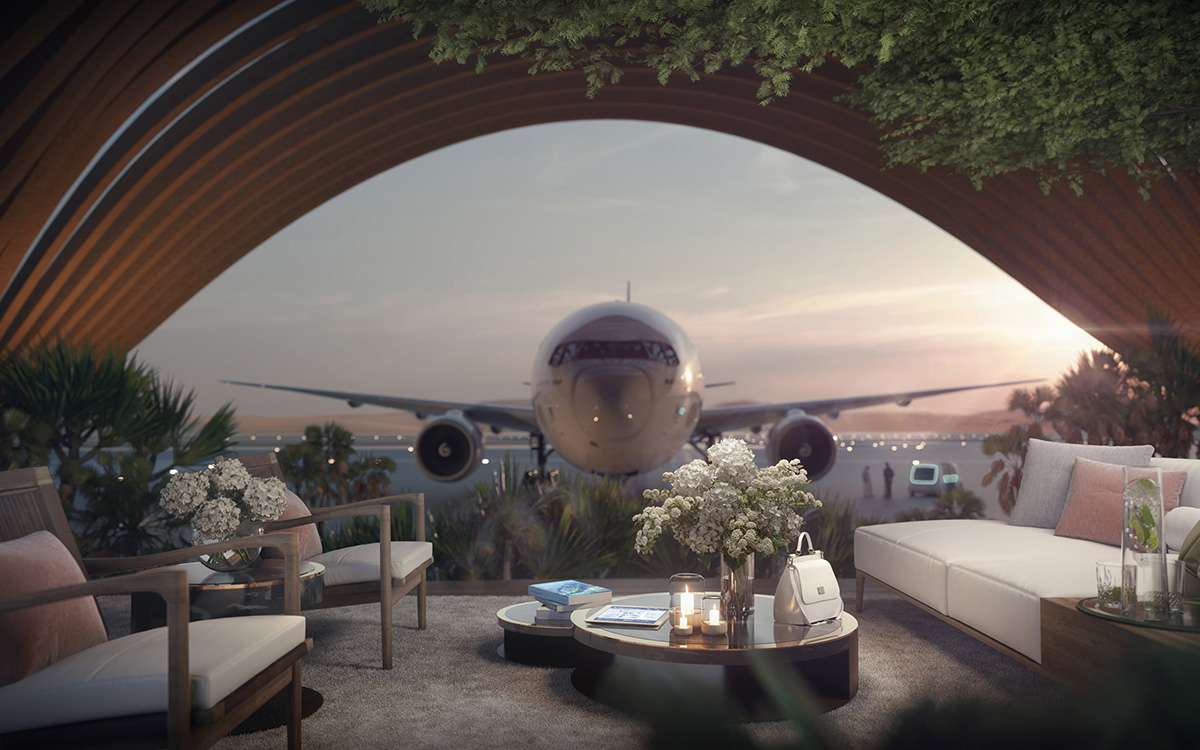 In addition to drop-off and pick-up spaces, the five pods will include departure suites that are arranged to allow an easy transition from their cars to the plane.

When passengers are dropped off outside the terminal, they will quickly enter one of the departure pods which will also feature spas and restaurants enveloped in a relaxed atmosphere.

"The baggage is loaded onto the aircraft directly after being checked-in at the resort," said Foster + Partners. 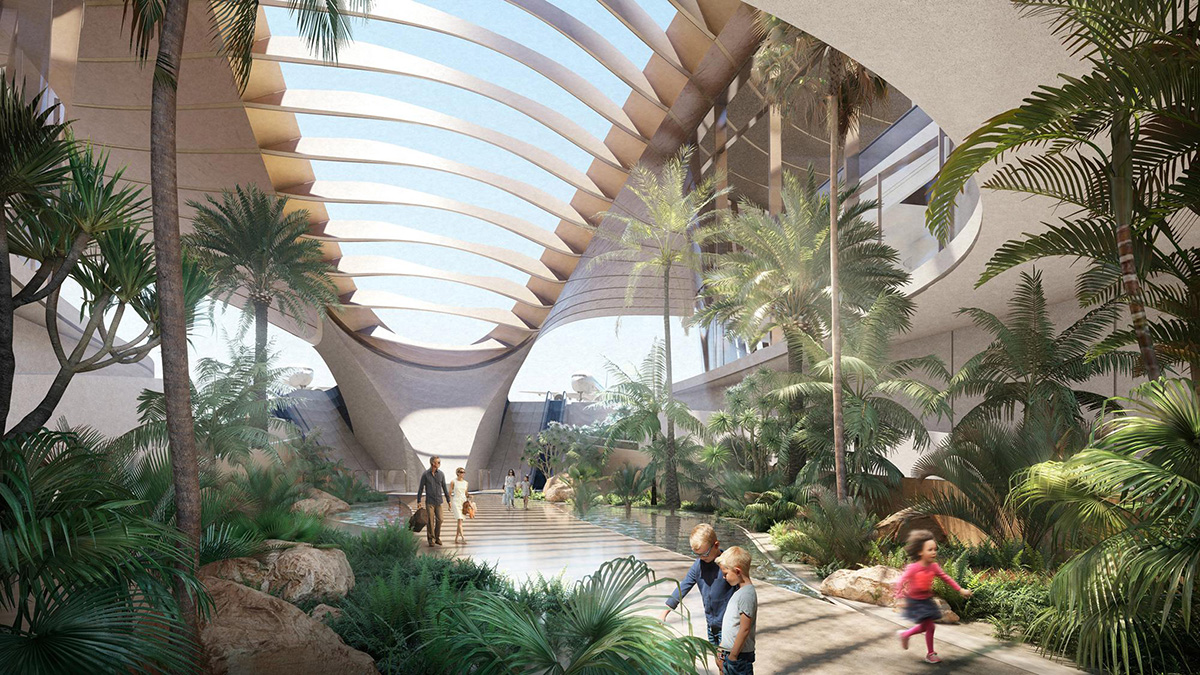 "The arrival experience is about speed of processing passengers, while welcoming them to their destination along with giving them a first impression of the Red Sea Experience," added the studio.

Upon arrival, passengers are welcomed with the natural spatial flow down through the lush oasis landscape towards the Welcome Centre, where they are met and welcomed to the Red Sea Resort.

"All security and immigration checks are dealt with speedily and the checked-in baggage is sent to the resorts directly," the studio continued.

The centre offers an immersive experience of the highlights at the resort, giving visitors a flavour of what is to come.

As Foster + Partners explains, the design of the terminal "aims to bring the experience of a private aircraft terminal to every traveller by providing smaller, intimate spaces that feel luxurious and personalised." 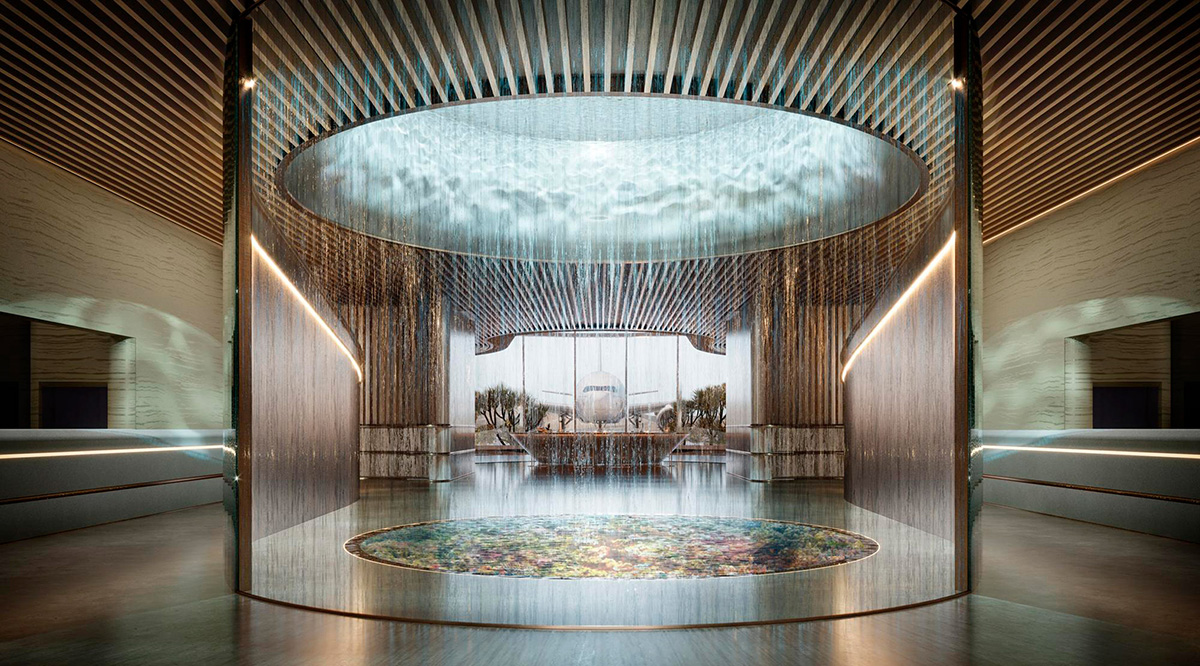 The form of the roof shells, inspired by the desert dunes, will cantilever on the landside and airside to provide shade to the passengers.

Offering an internal green oasis with an indigenously planted garden, the airport will be a green focus and create a relaxed, resort-like atmosphere within the airport terminal. 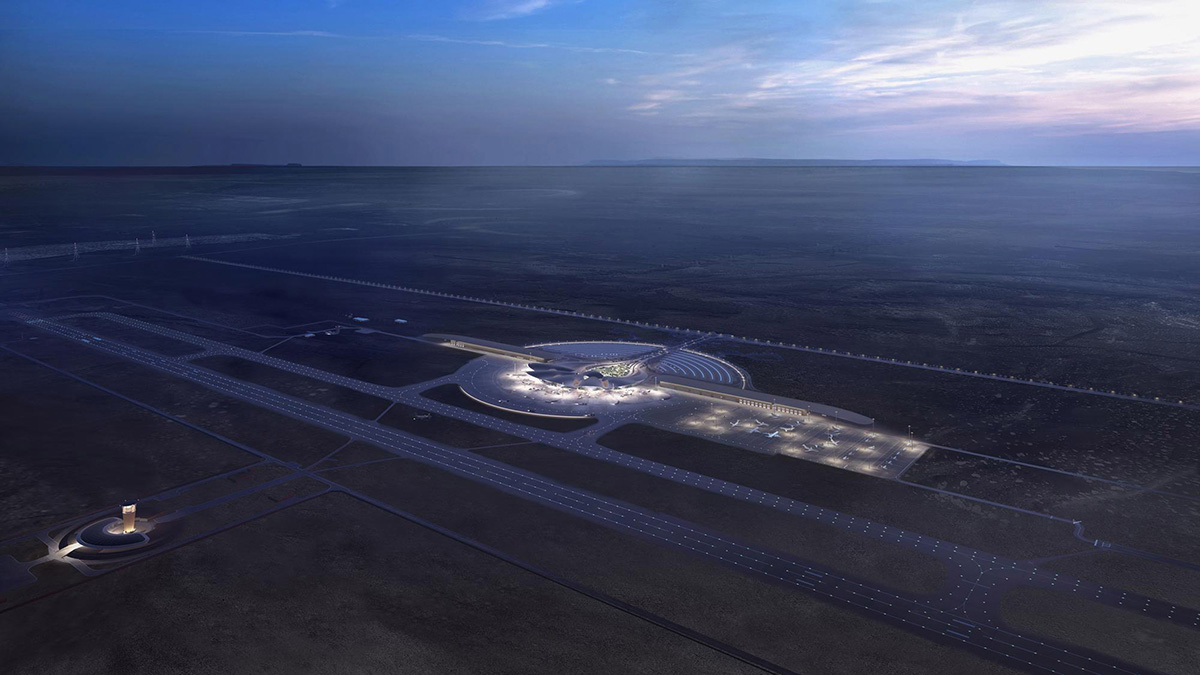 "The Red Sea Airport has been envisaged as a gateway to one of the most unique resorts in the world and an integral part of the visitor experience," said Gerard Evenden, Head of Studio, Foster + Partners.

"Inspired by the colours and textures of the desert landscape, the sustainable design seeks to create a calm and luxurious journey through the terminal."

"It will become a transit hub for visitors coming in by both land and air. We look forward to working with the Red Sea Development Company to fulfil the vision for this ambitious one-of-a-kind project," Evenden added. 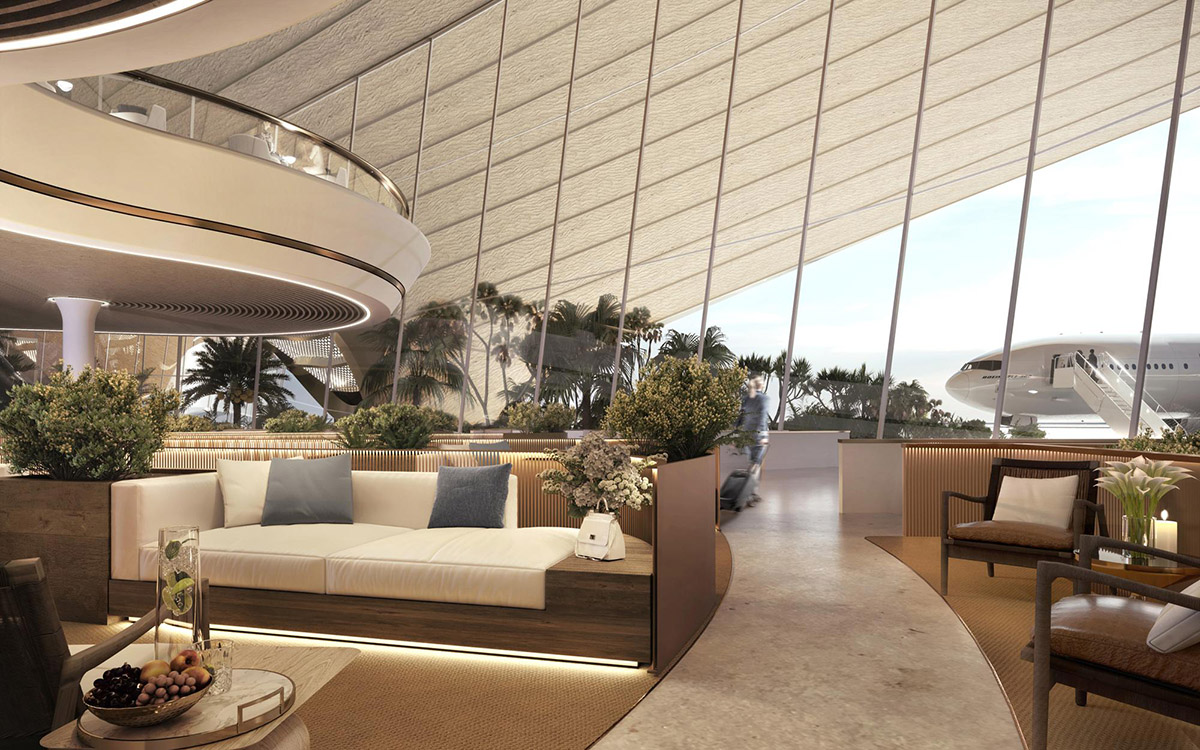 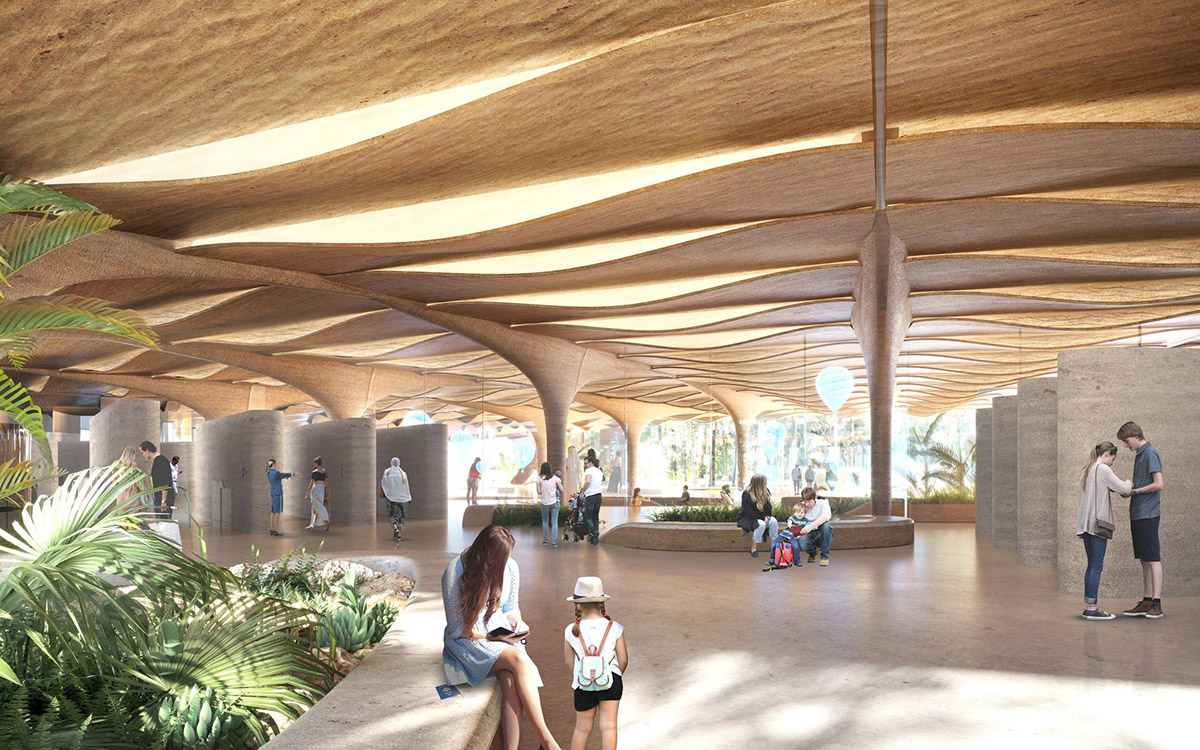 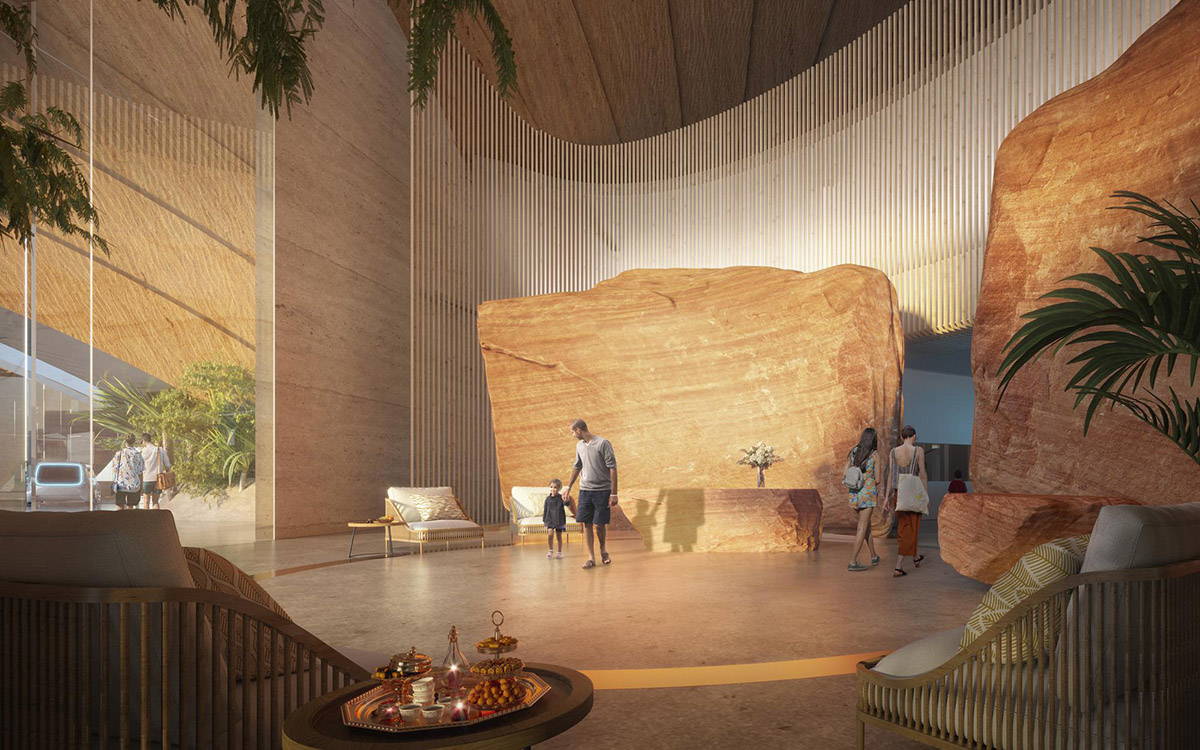 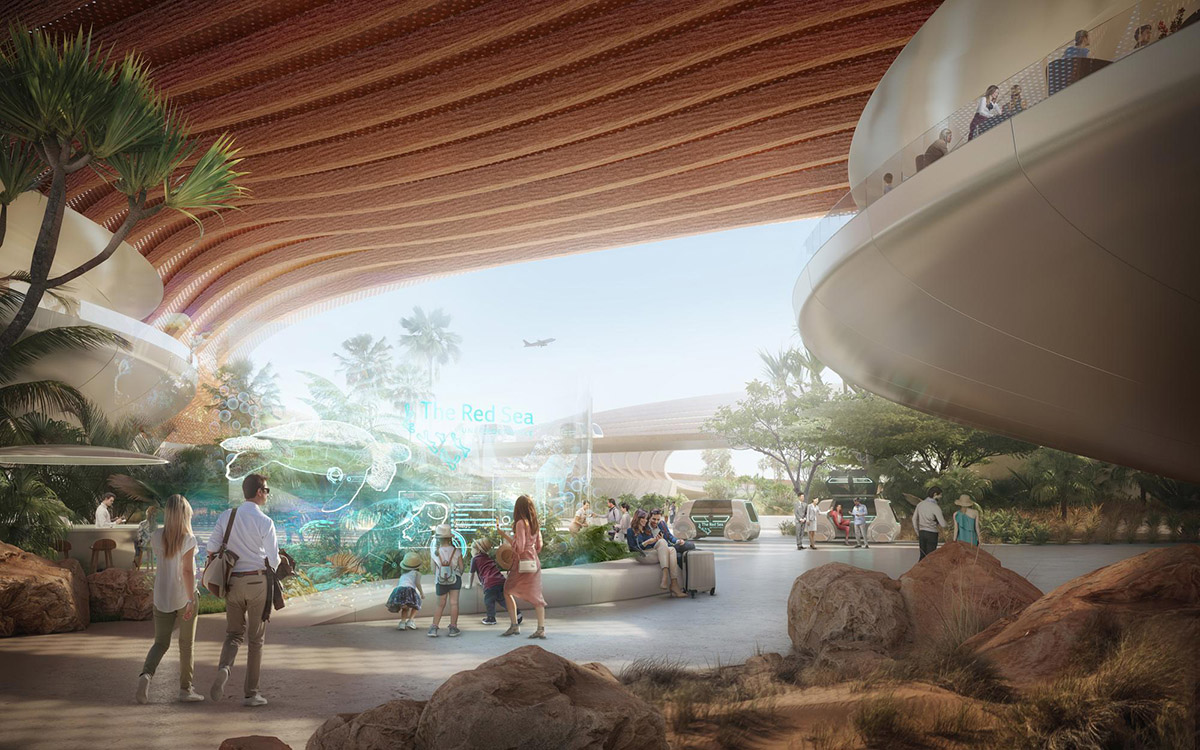 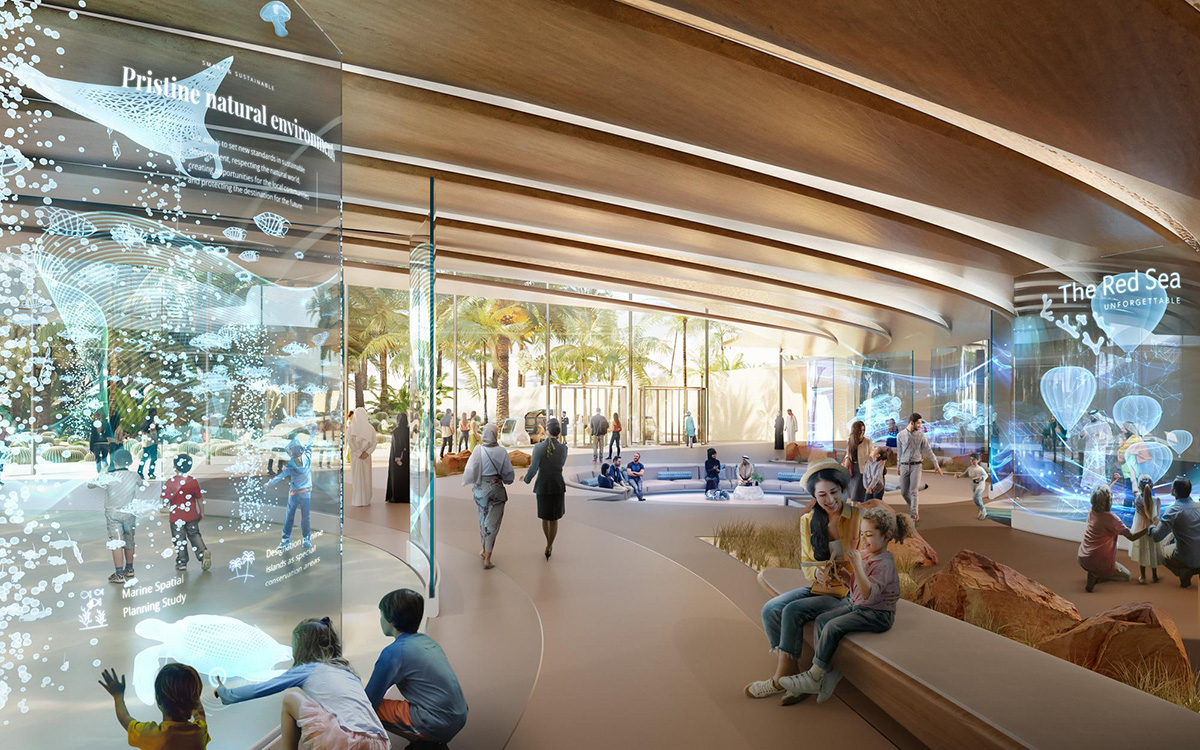 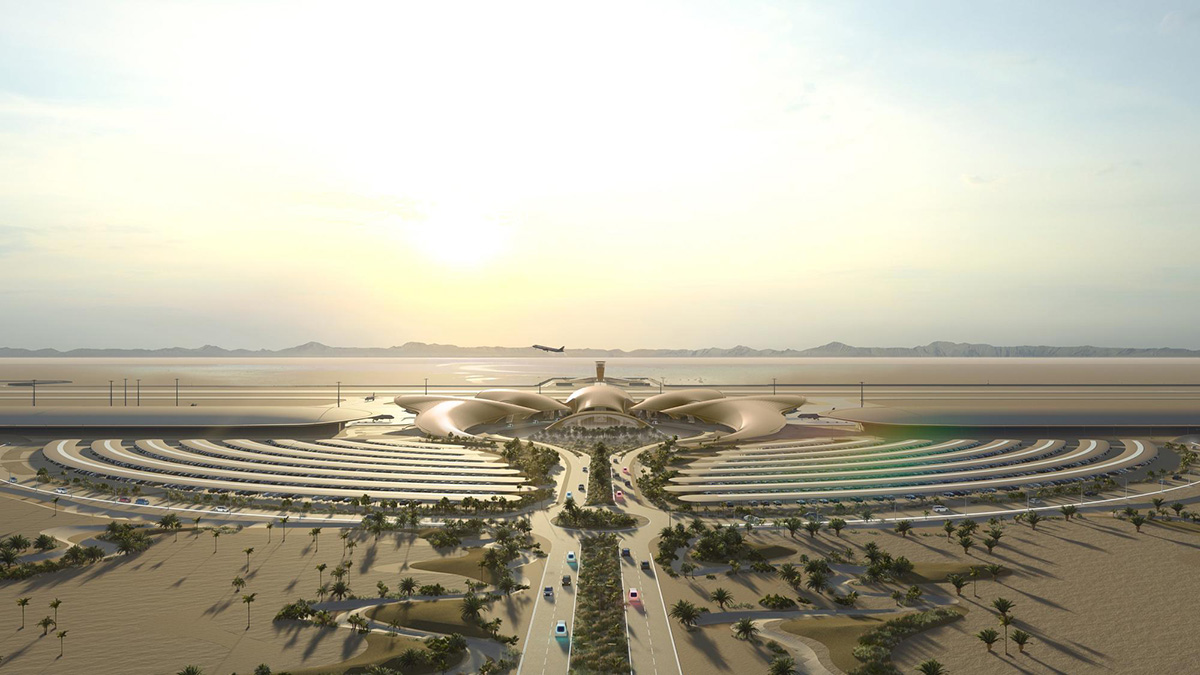 The airport's facilities will also include runways for seaplanes and helicopters. Foster + Partners is also designing a mirage-inspired airport which is expected for completion in 2023.

All images courtesy of The Red Sea Development Company.

> via The Red Sea Development Company