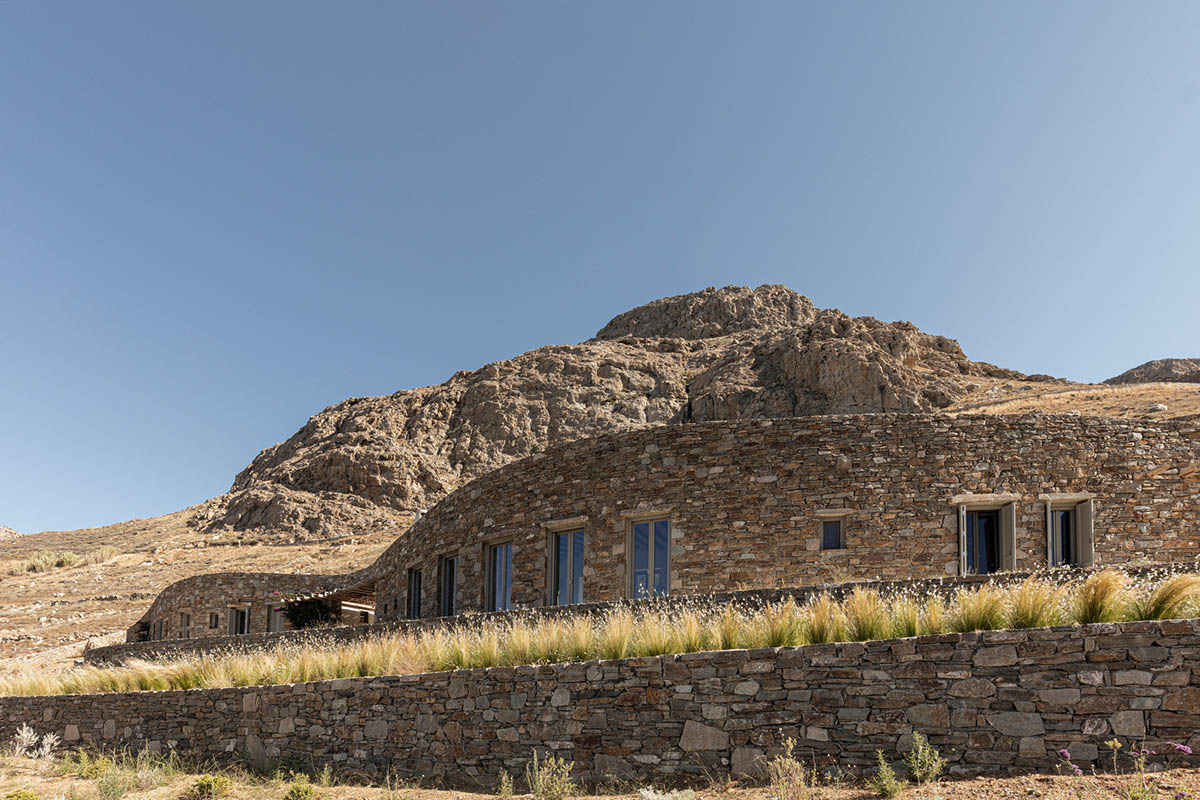 Greek architecture studio Sinas Architects has completed a residence to be entirely "invisible" on a hilly site of Serifos in Greece.

Named Xerolithi House, the 245-square-metre house is blended within the natural environment with sinuous lines and geometry, which was the main focus for the concept of the house.

The geometry of the house follows the lines of the topography and the structure is not perceived clearly from afar and it naturally becomes the part of the landscape. "Though the most important existing elements, were the short stone retaining walls, locally called xerolithies, created a long time ago for land cultivation purposes."

"When one thinks of the Greek Islands and their vernacular architecture, scattered and stacked white boxes come to mind," added the studio. 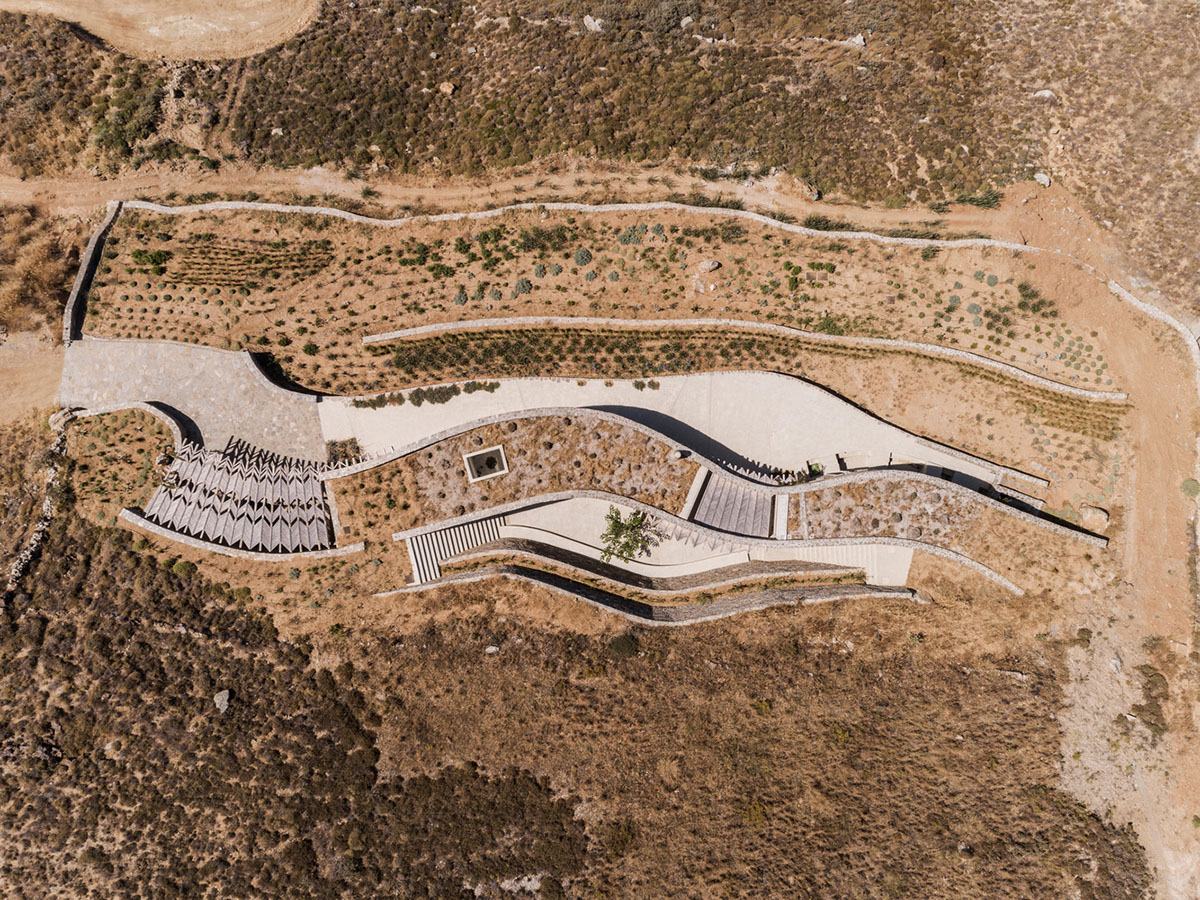 As the studio explained, the architects wanted to create a challenge to this morphological preconception by imagining the main facades - front and back façades - of the house being formed as “xerolithies”.

"They start low and gradually develop a sufficient height for a house. They move gently closer and away of the slope and independently from one another, forming spaces in between them." 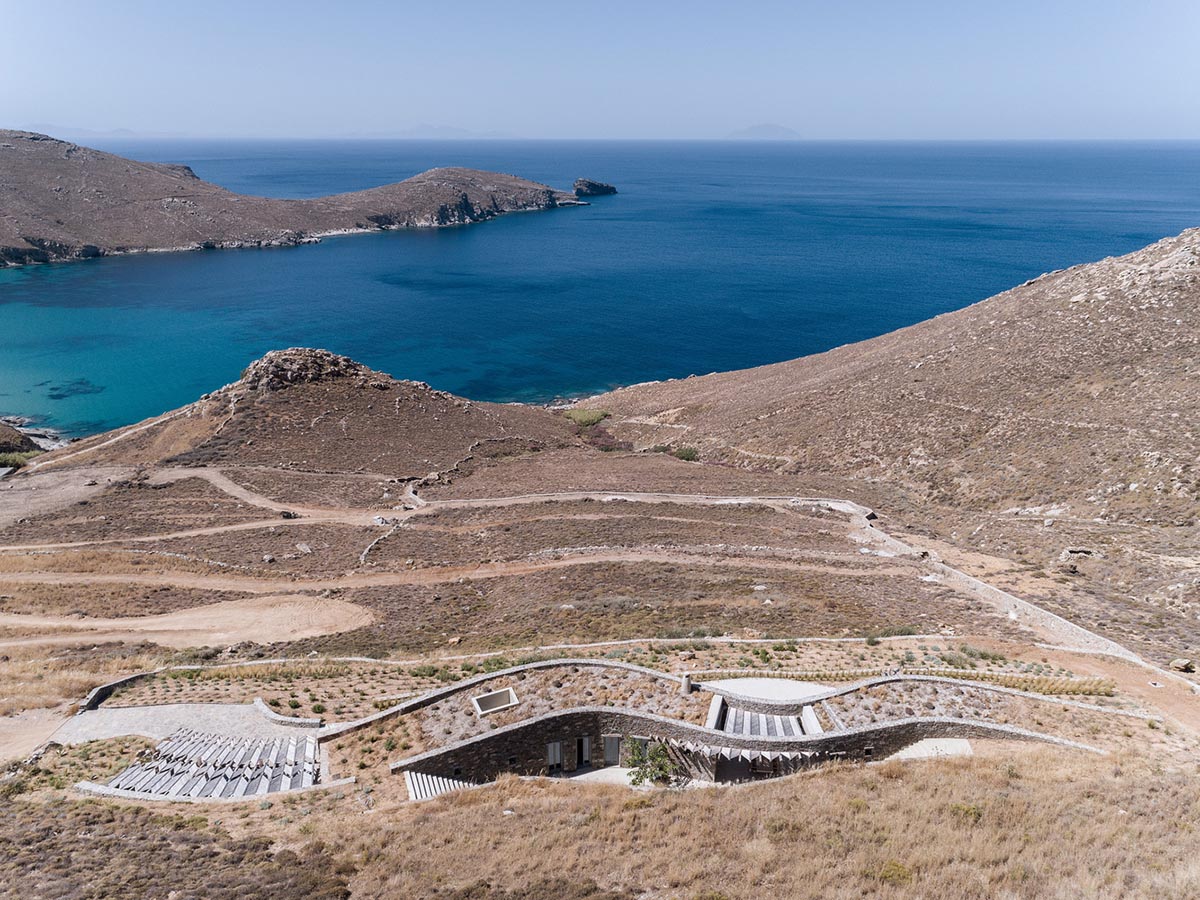 To achieve all these, the architects used an elongated and narrow plan to arrange all functions within the plan which can be adapted to the nature of the topography. 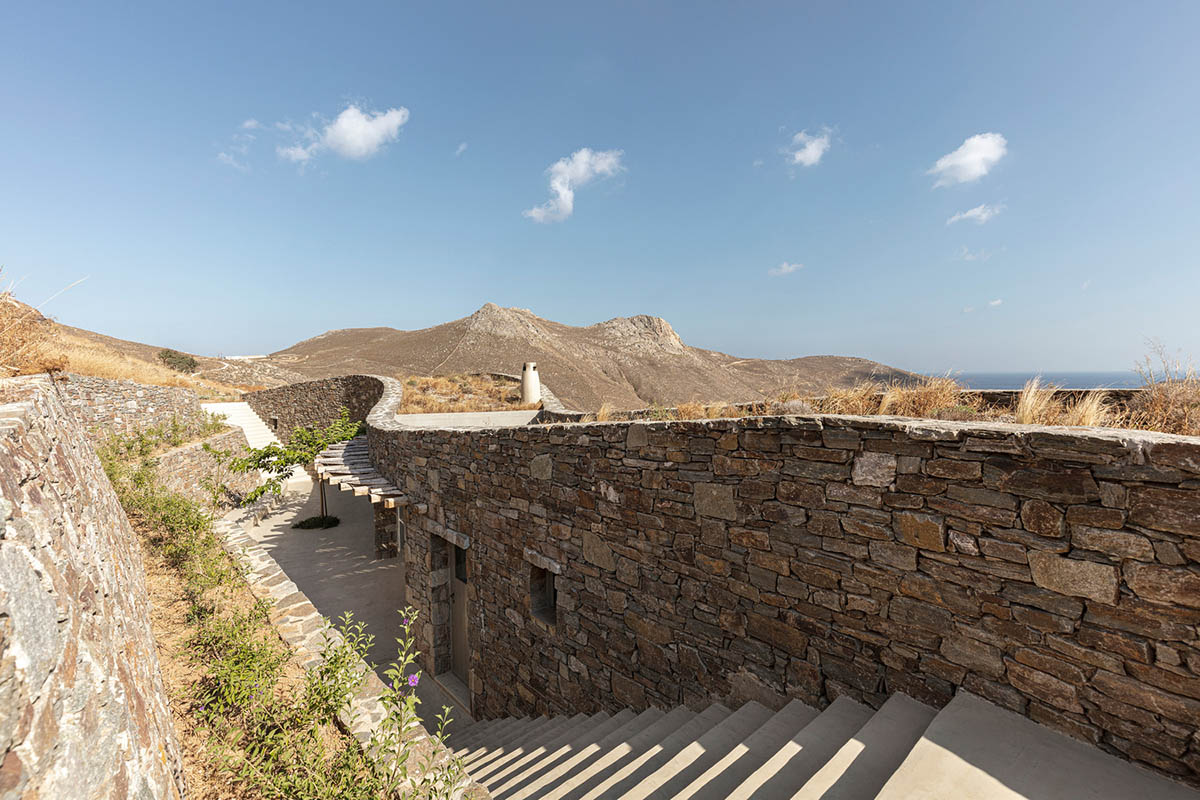 "The walls have a lightness that seems like they were affected by the strong Cycladic winds, like "ribbons in the air"," continued the studio. 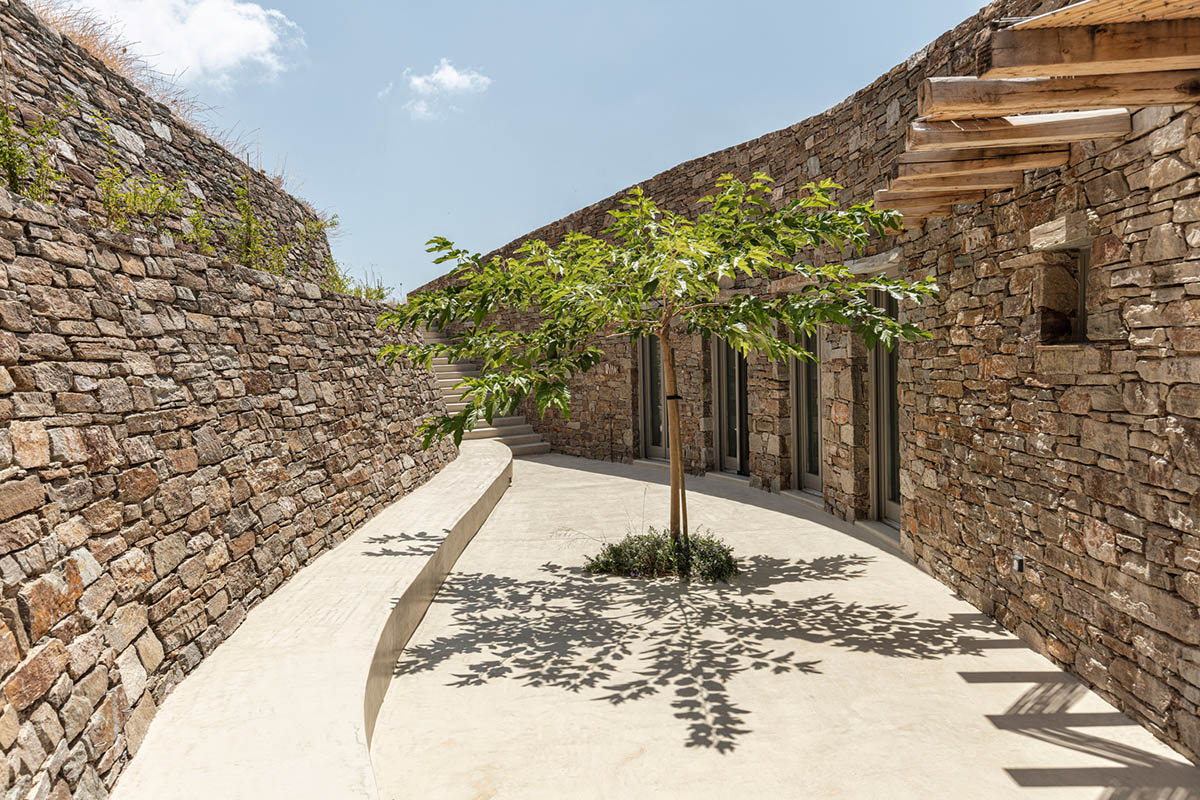 To complete the "xerolithia" likeness, the architects covered the roof of the house with dirt and vegetation imitating the natural landscape.

As the team emphasized, "this made the house almost invisible, especially when seen from behind and afar." 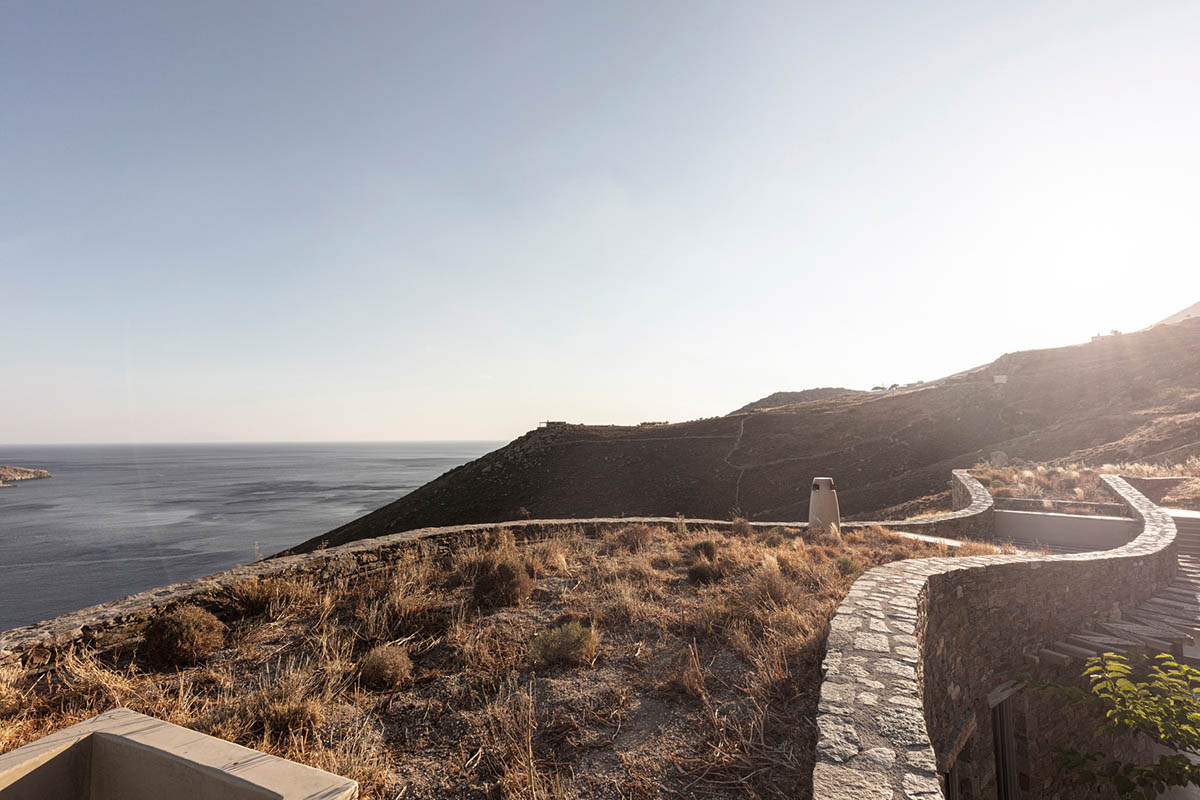 To complement the same color and texture in a harmony with the existing site, the studio used a wooden pergola, conceived as another important feature of the Cycladic rural house, which consisted of thick, raw, smooth, wooden beams and columns with a bamboo cover, all of them have been decided and used in their natural color. 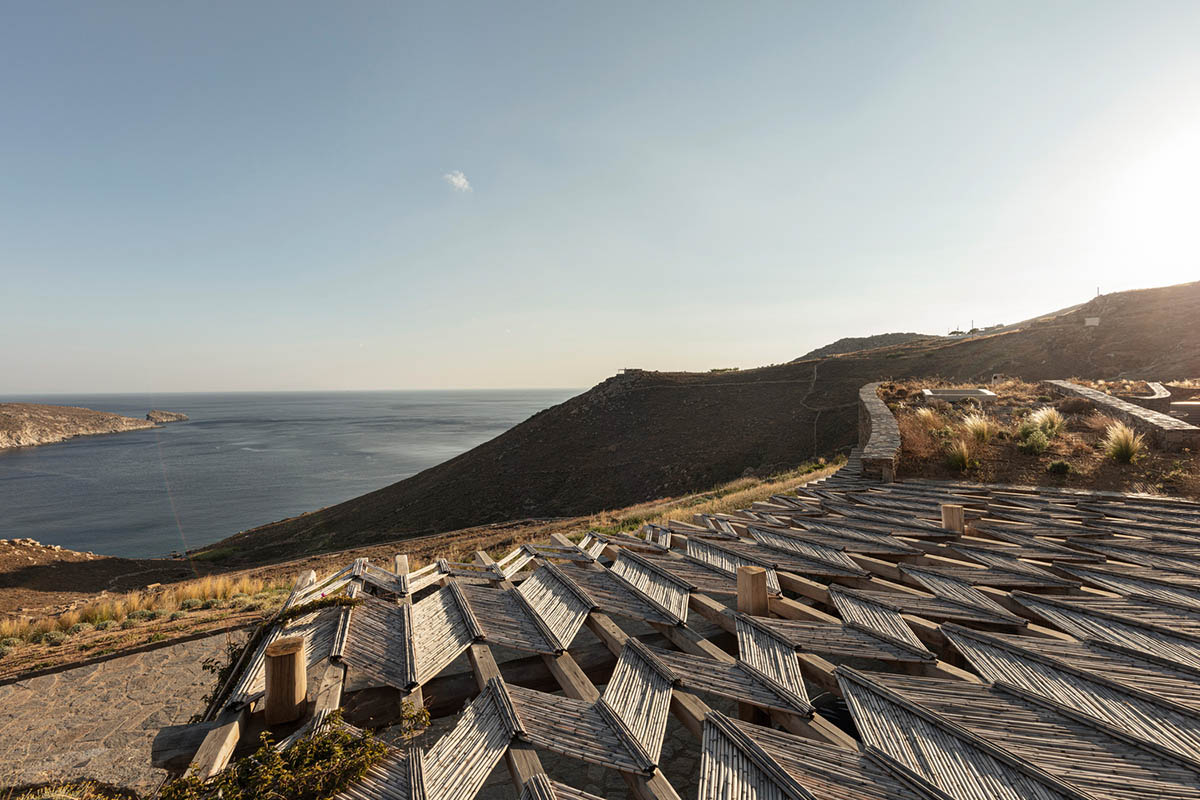 This structure is also perceived from the interior of the house, such as on the ceiling, following the traditional way of constructing roofs. "This particular element was used along the entire length of the structure, inside and outside," the architects explained.

"The beams supporting this structure naturally could not be placed parallel to each other, instead, they follow the house’s curvy morphology, like vertebrae on a long spinal cord." "As a result, the bamboo was knitted in a fishbone manner creating a unique pattern with beautiful shade textures," the studio added.

The architects choose wooden material for doors and windows with a light olive color and use stone for the main exterior walls without using joint mortar. As the team stated, both these decisions are derived from the traditional style and technique. 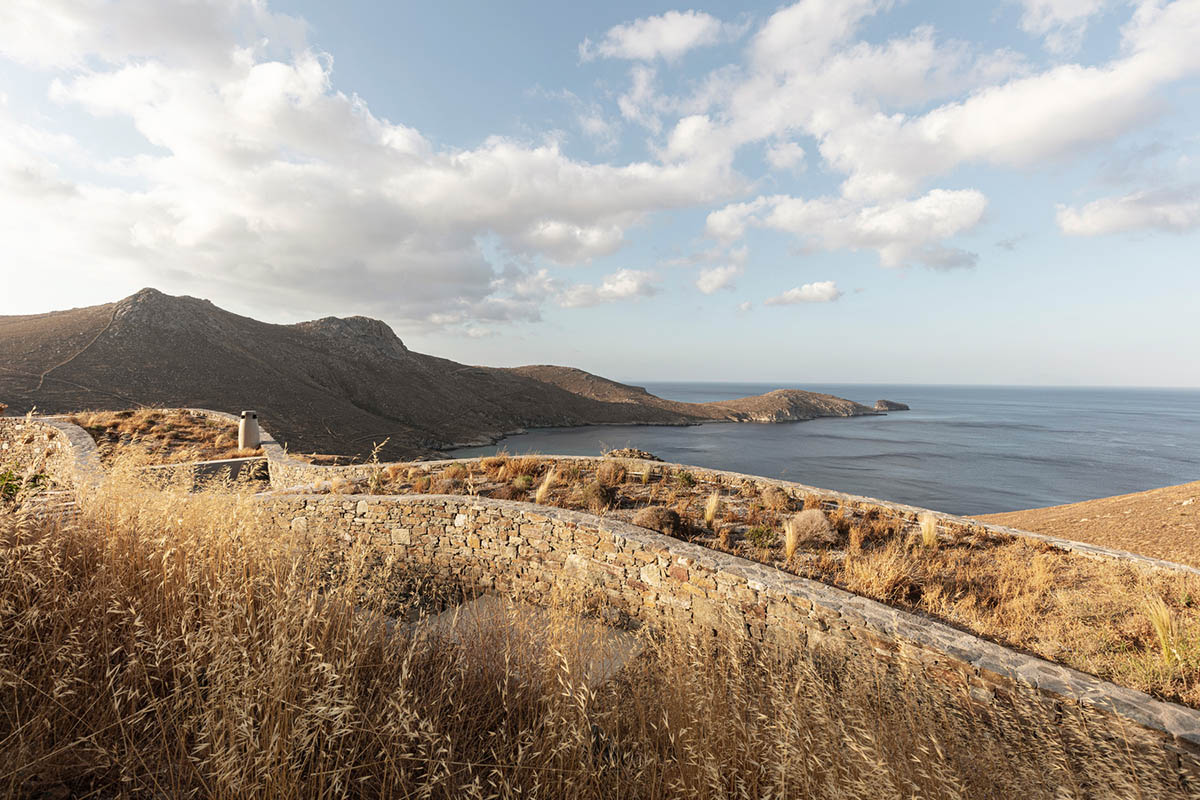 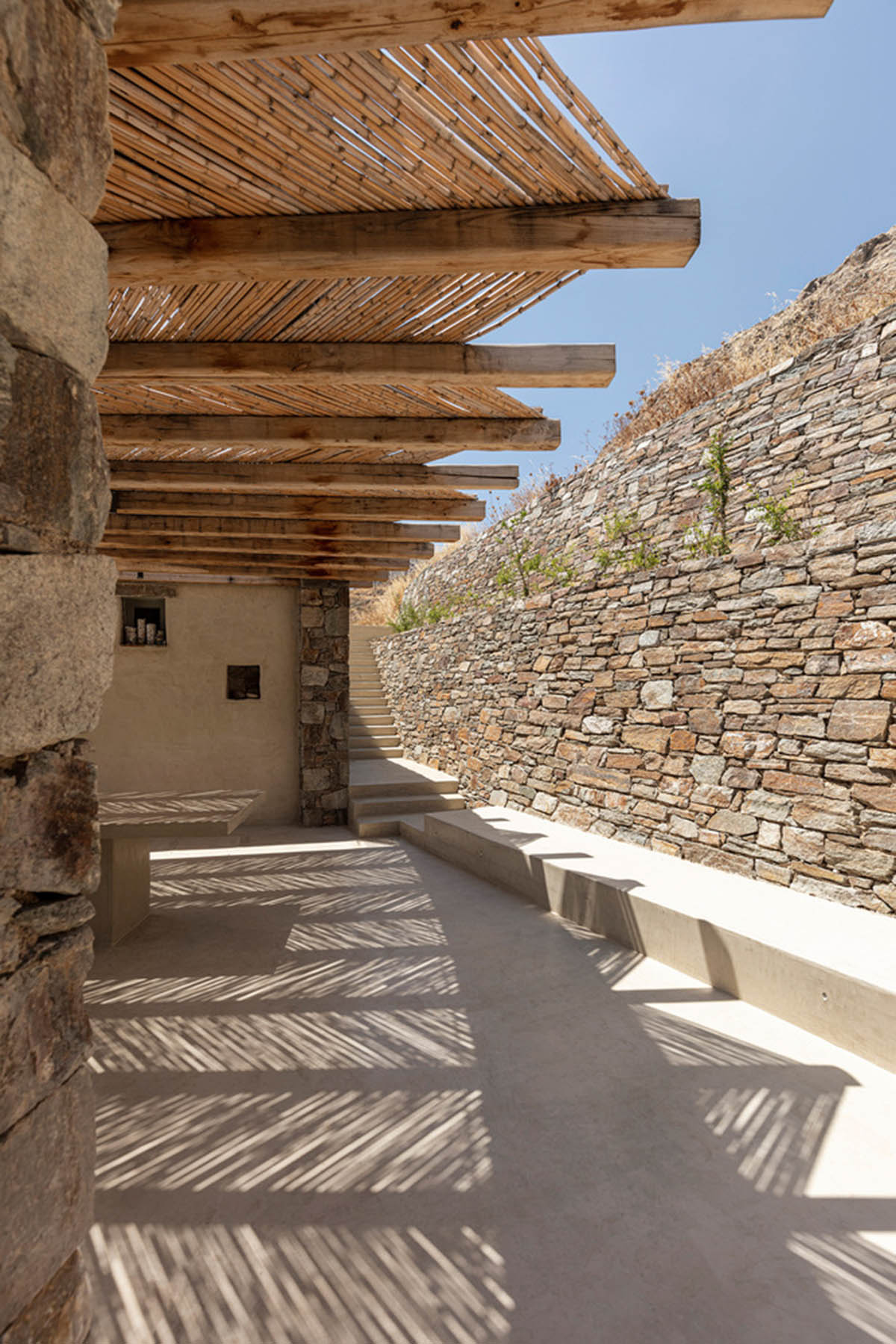 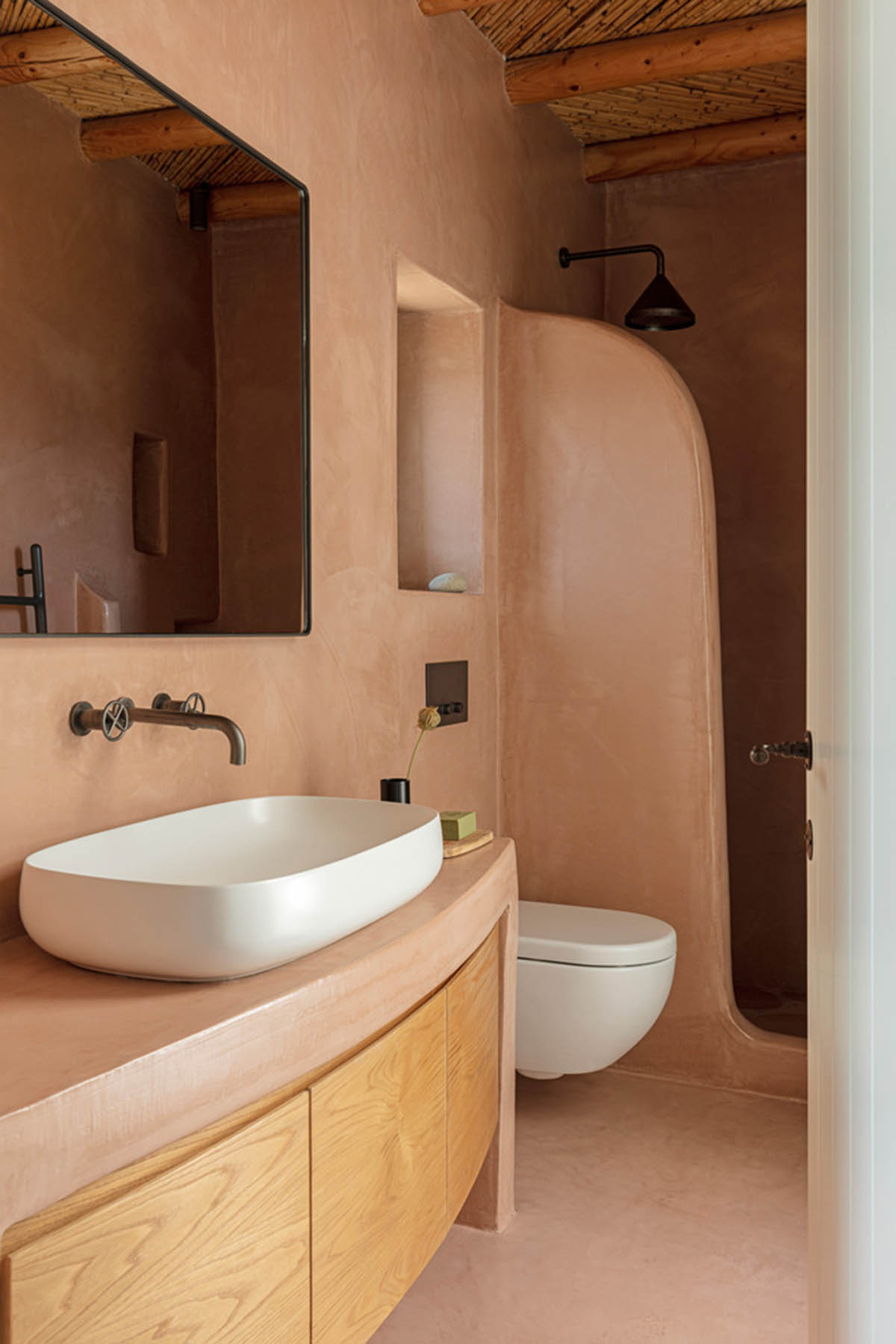