Foster + Partners has completed a new library and culture centre with large floating roof in Sharjah in the United Arab Emirates.

Named House of Wisdom, the new iconic library and culture centre has officially been opened to the public in Sharjah, the new center was designed to "embrace a digital future" for the 21st century.

The two-storey House of Wisdom, located on the Sharjah International Airport Road, ten kilometres from the city centre, has been designed with "a sense of clarity and lightness", featuring a large floating roof cantilevering 15 metres from all sides of a transparent rectilinear volume. 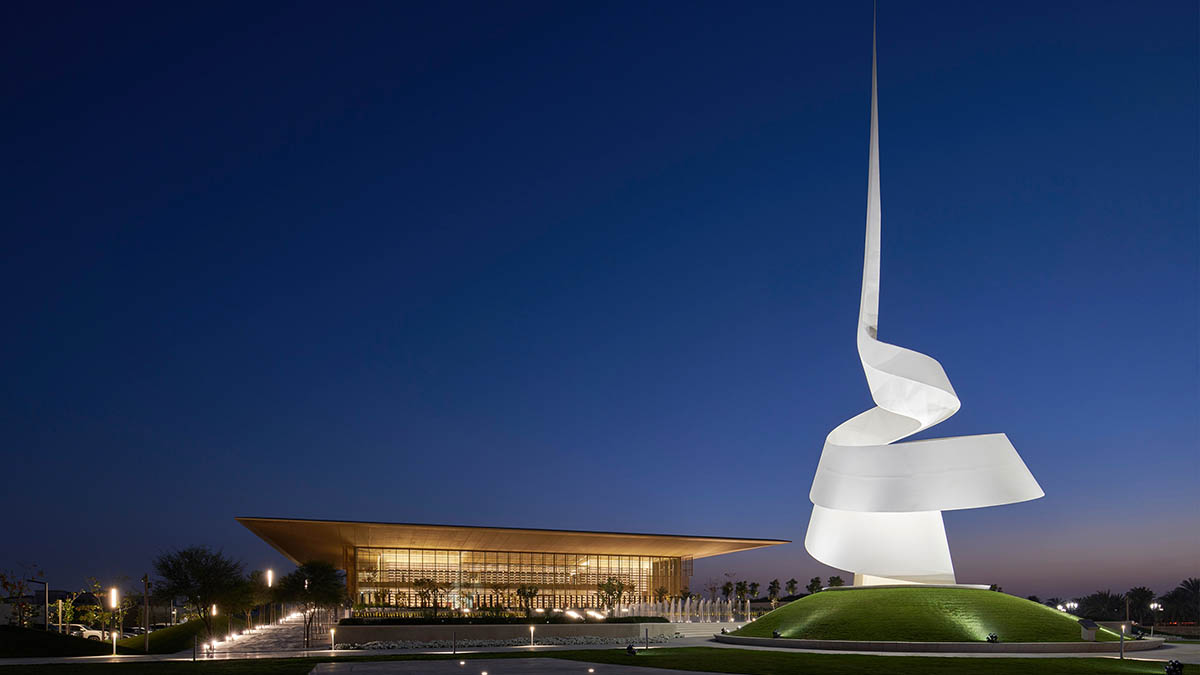 The 15-metre-wide overhang helps to shade the façades throughout most of the day, while fixed aluminium screens with differing densities filter the low sun in the evenings.

The building is wrapped by movable bamboo screens at low level so that the users can control the grade of the sun and provide privacy.

"When not in use the bamboo screens are left open, preserving the visual connections with the landscaped gardens," added Foster + Partners.

"The House of Wisdom in Sharjah is a forward-looking conception of what a library should be in the 21st century – embracing a digital future while playing a crucial role as a community hub for learning, underpinned by innovation and technology," said Gerard Evenden, Head of Studio, Foster + Partners.

Visitors can access the building from its western edge into a double-height reception hub featuring a central courtyard that brings light to the interior spaces.

Designed as a planted green area, this area creates a comfortable outdoor environment for social events or quiet contemplation.

The ground floor of the building is dedicated to large spaces for exhibitions and a café alongside a children’s educational space, and the archive and a reading area. This area also includes facilities such as an Espresso Book Machine that prints and binds books on-demand. 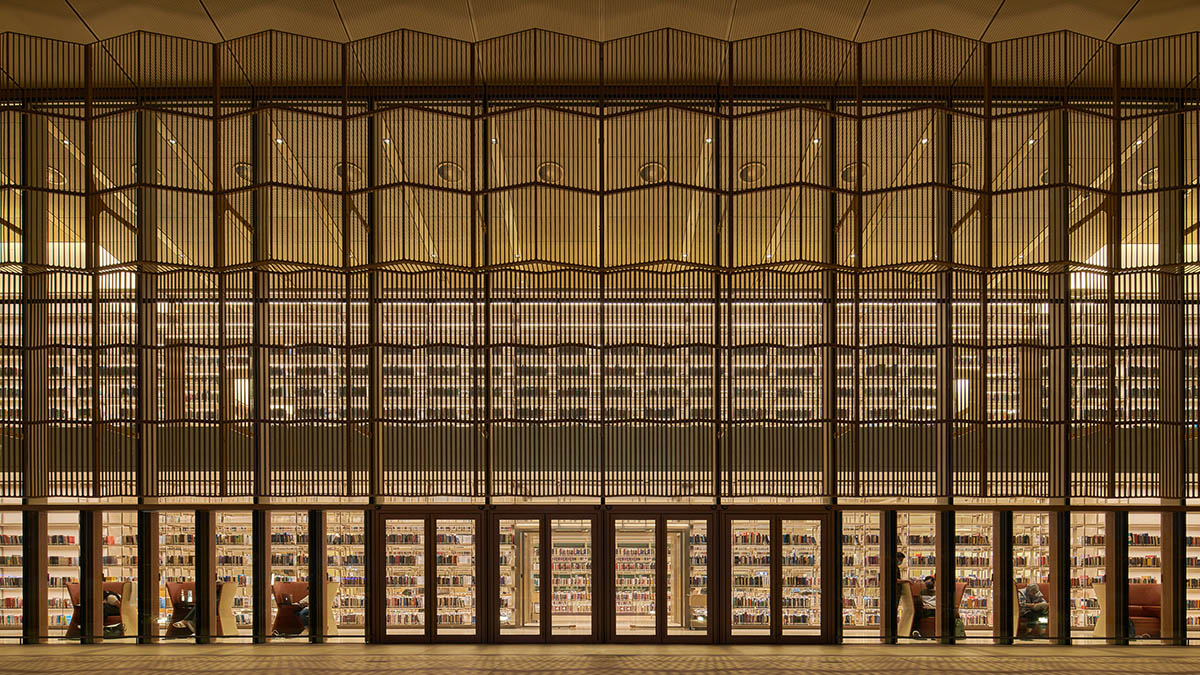 The large floating roof is supported by four cores that also contain all the back-of-house and service spaces. This structural decisions also creates a large column-free space not to prevent people's freely movement inside.

"The two cores closest to the entrance contain large sculptural staircases that guide people up to the mezzanine floor," added the studio.

On the upper floor, Foster + Partners designed a series of pod spaces suspended above the central courtyard, which offer both quiet and collaborative spaces, exhibition areas and reading lounges including a prayer room and a women-only area. 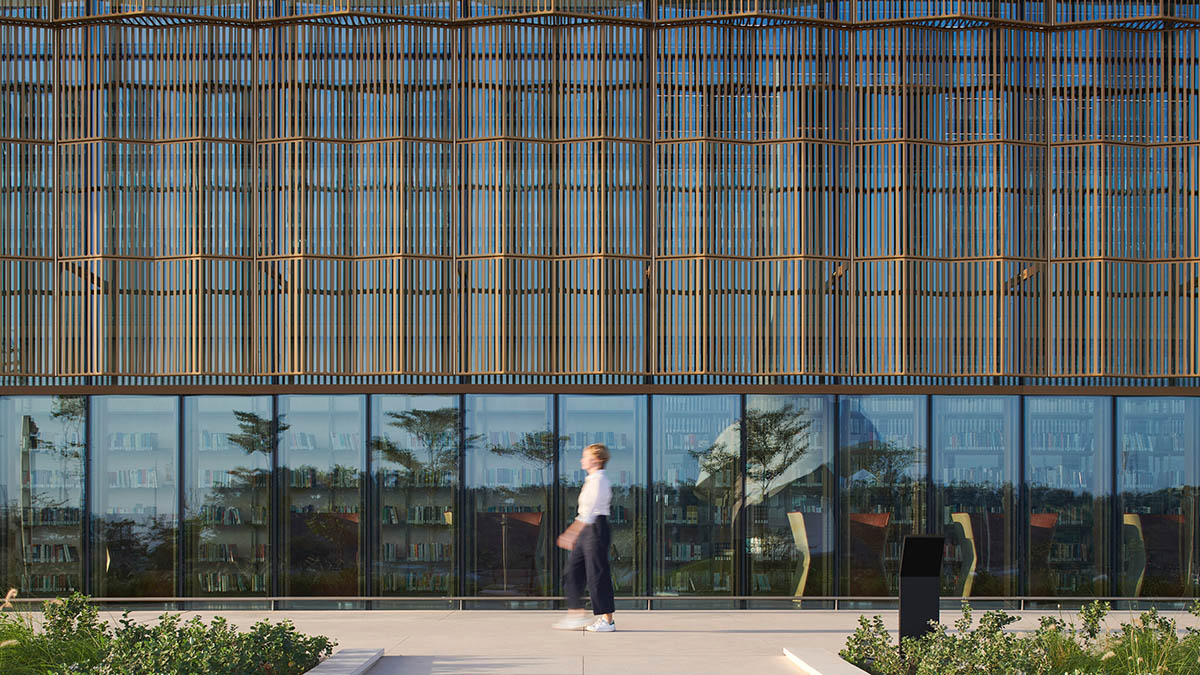 "Throughout the building, there is an emphasis on establishing and retaining a connection with the outside, looking onto the gardens surrounding the building," the firm continued.

For the landscape of the building, the design is divided into two sections – a knowledge garden and children’s playground to the south, which has several native species and a water feature, alongside a more formal, geometrically arranged garden to the north containing The Scroll. 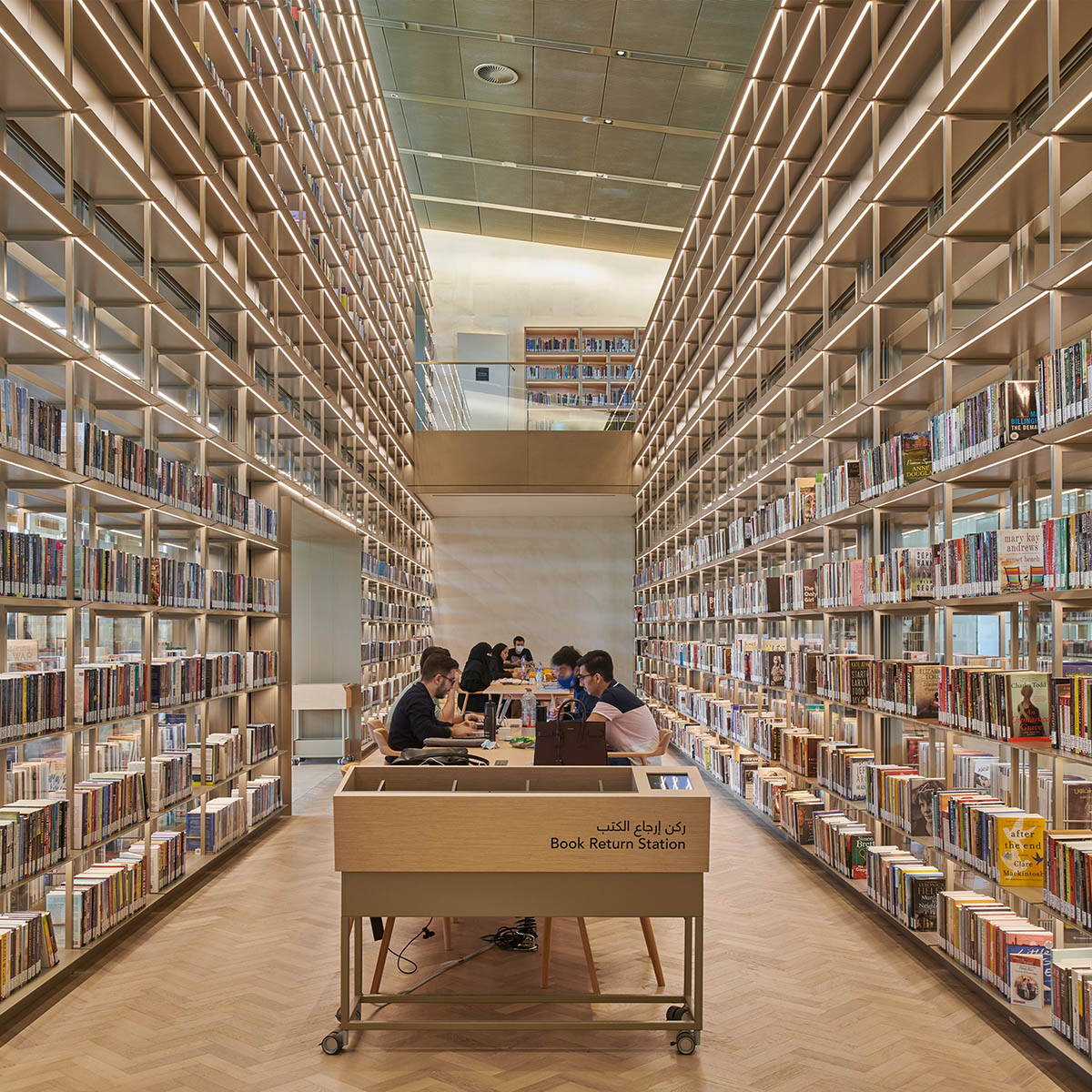 The Scroll is a new piece of public art designed by British sculptor Gerry Judah that is a contemporary interpretation of the ancient Arabic scrolls as a single, spiralling sculpture that loops towards the sky.

"The straight, minimalist lines of the building complement the dunes of the desert, set within a lush landscape. The House of Wisdom is set to be an oasis for the local community, led by research and innovation, at the heart of a new cultural district," added Evenden. 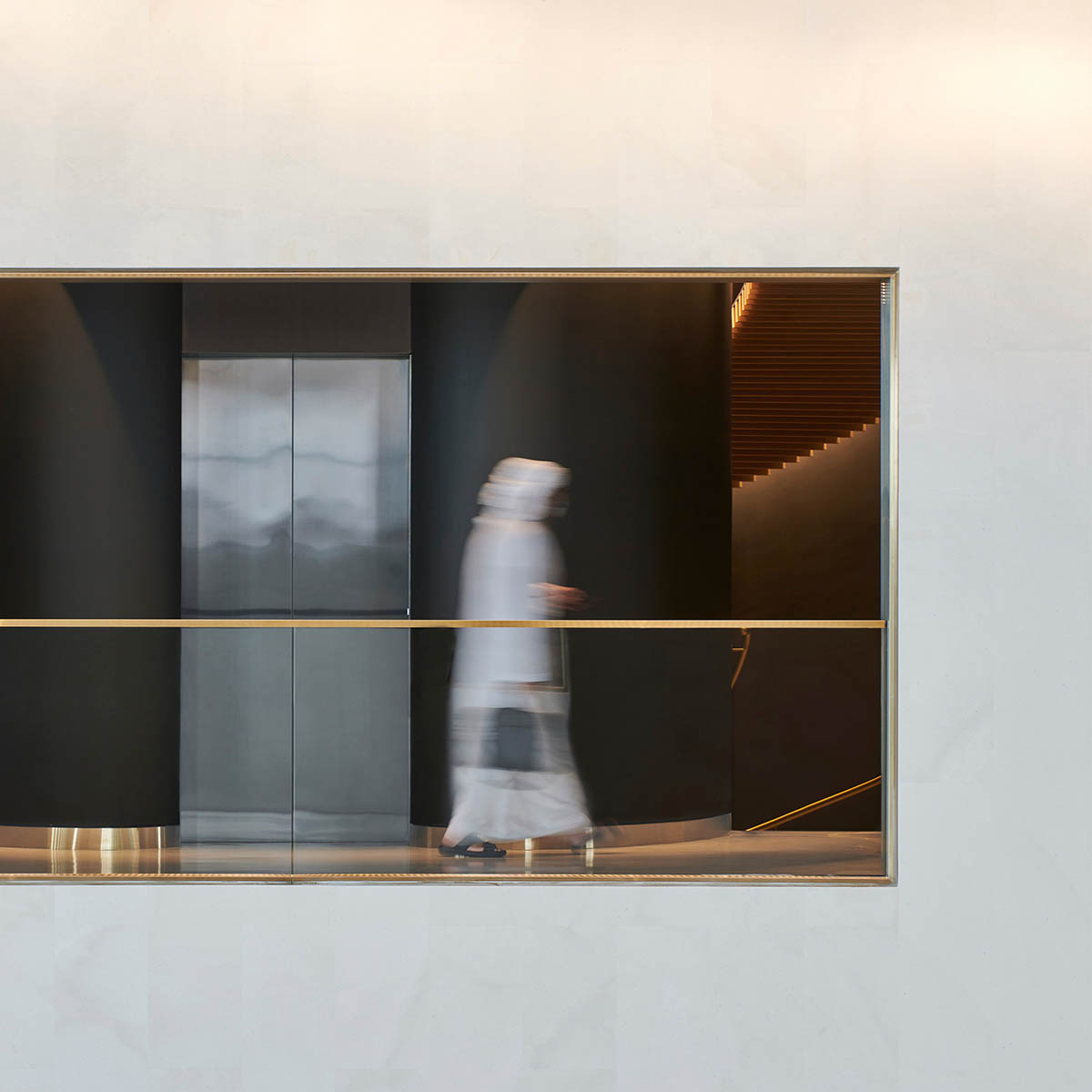 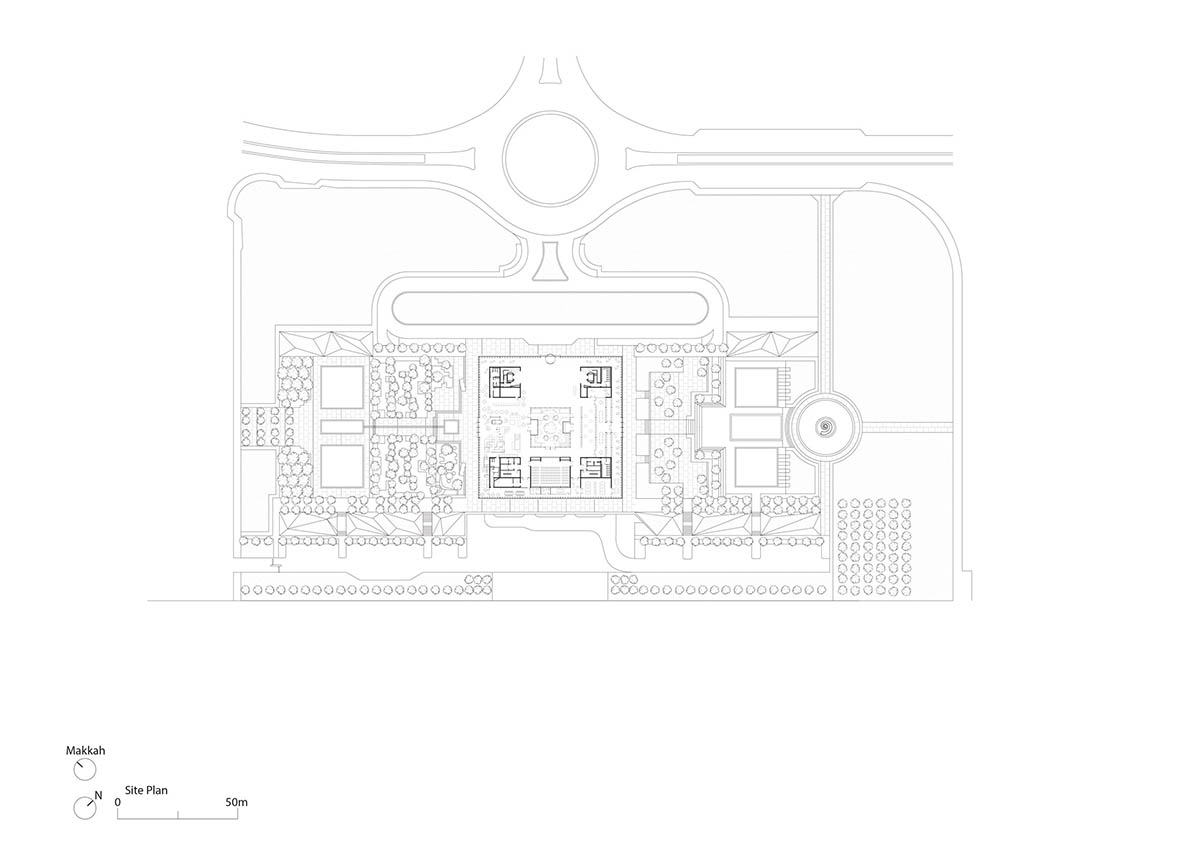 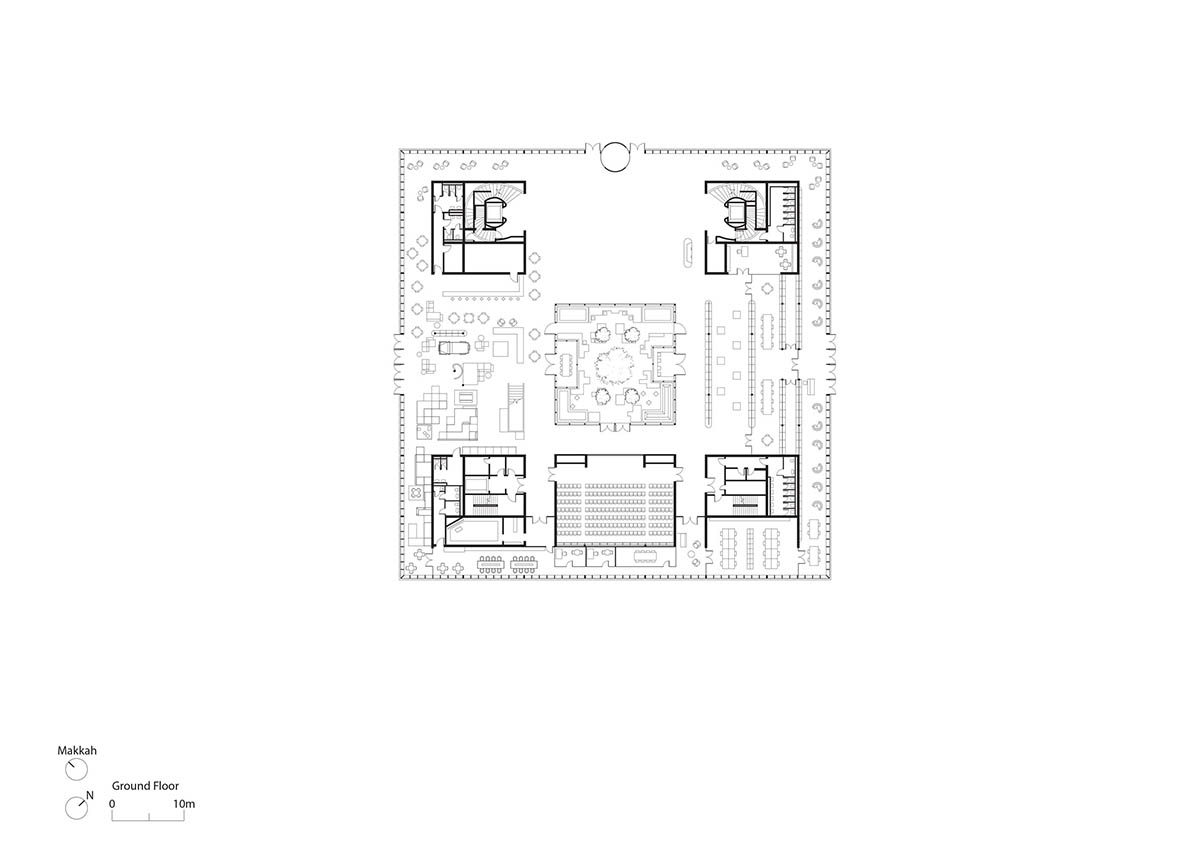 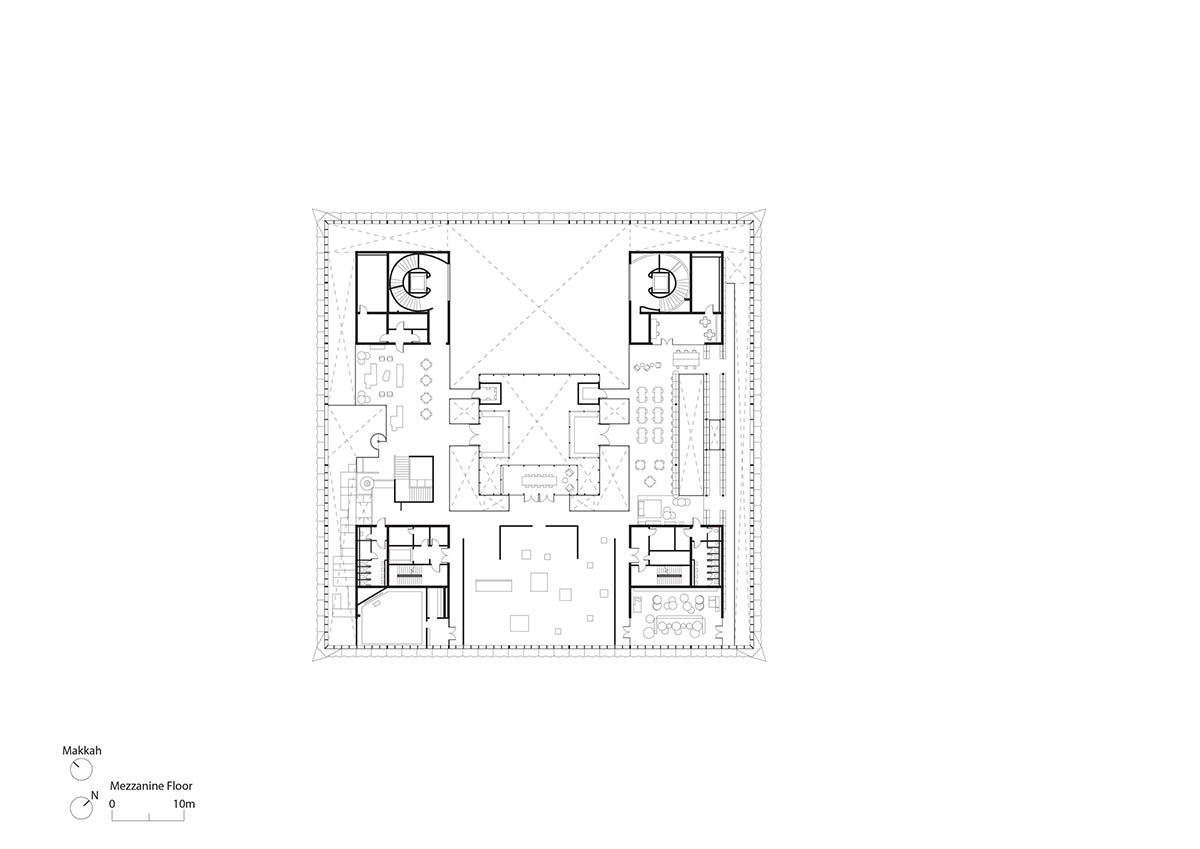 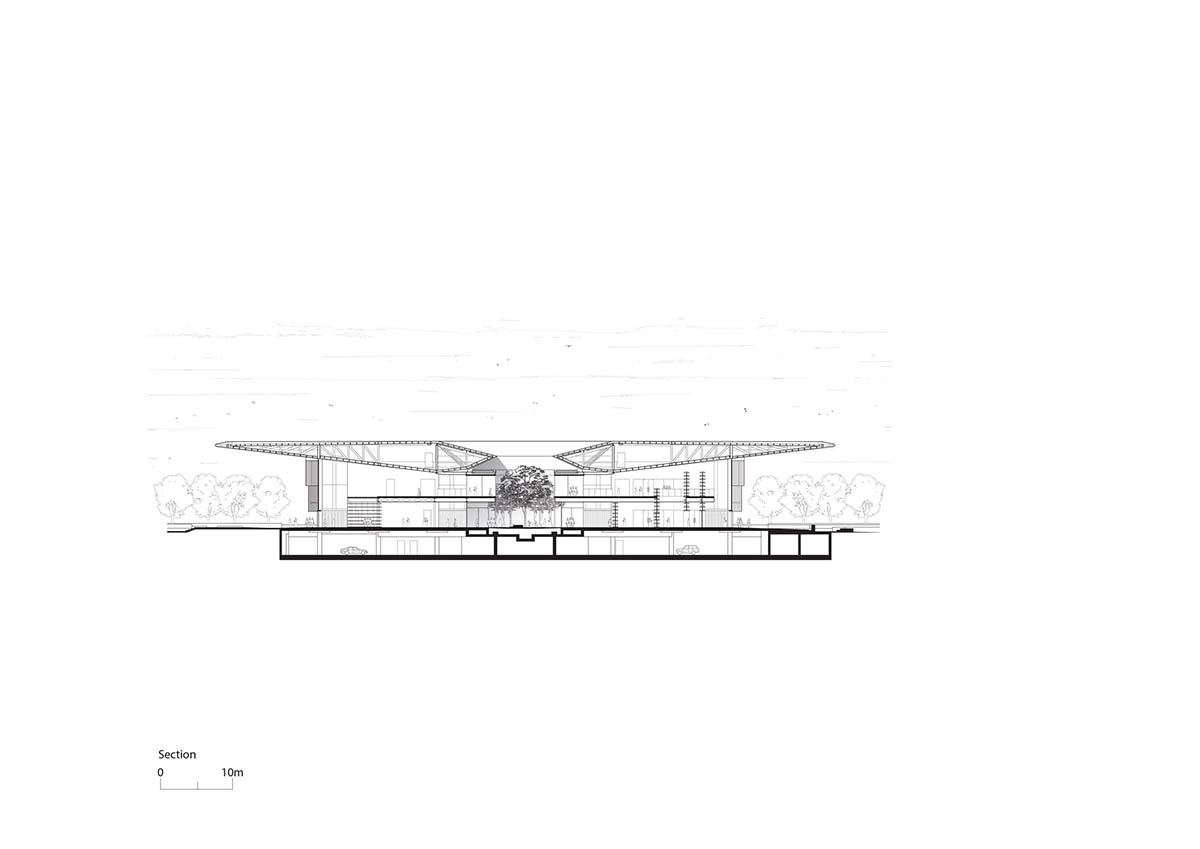 Foster + Partners is currently working on new developments in Saudi Arabia as part of The Red Sea Project development, including the Red Sea International Airport, which is under construction on site, a new Southern Dunes Hotel, a new ring-shaped hotel, the Coral Bloom Resort on Saudi Arabia's Shurayrah Island.