Construction begins on MVRDV's Tirana Pyramid, which will be a new hub for Tirana's cultural life 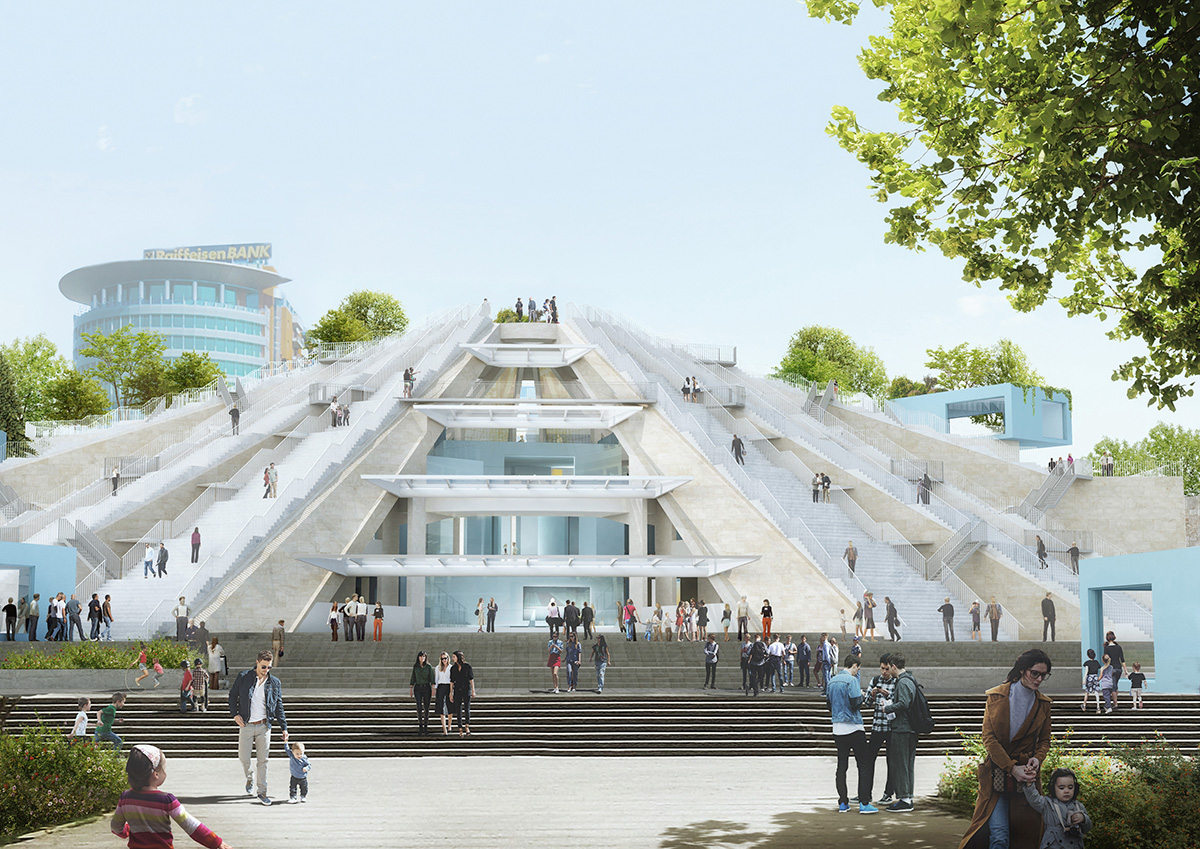 Construction work has begun on MVRDV's Tirana Pyramid, the brutalist monument in the heart of Albania’s capital city.

In 2018, MVRDV was commissioned to transform Albania's communist-era pyramid into a culture center, dramatically converting the structure into an urban centre, once complete, the Pyramid will be home of a small village of cafes, studios, workshops, and classrooms – where Albanian youth will learn various technology subjects for free.It will permeate the site, both inside and outside the pyramid itself.

MVRDV reuses the pyramid's existing concrete structure and the atrium and its surroundings are greened and opened to the public with urban steps.

Located in the city centre and former Enver Hoxha Museum, the Tirana Pyramid was opened in 1988. It was designed in honour of Albania's former communist leader by a group of architects including Hoxha's architect daughter, Panvera Hoxha. The building has undergone several uses over the years. It served as a temporary base for NATO during Balkan Wars, and Post-War, it has been used as nightclub and event space. 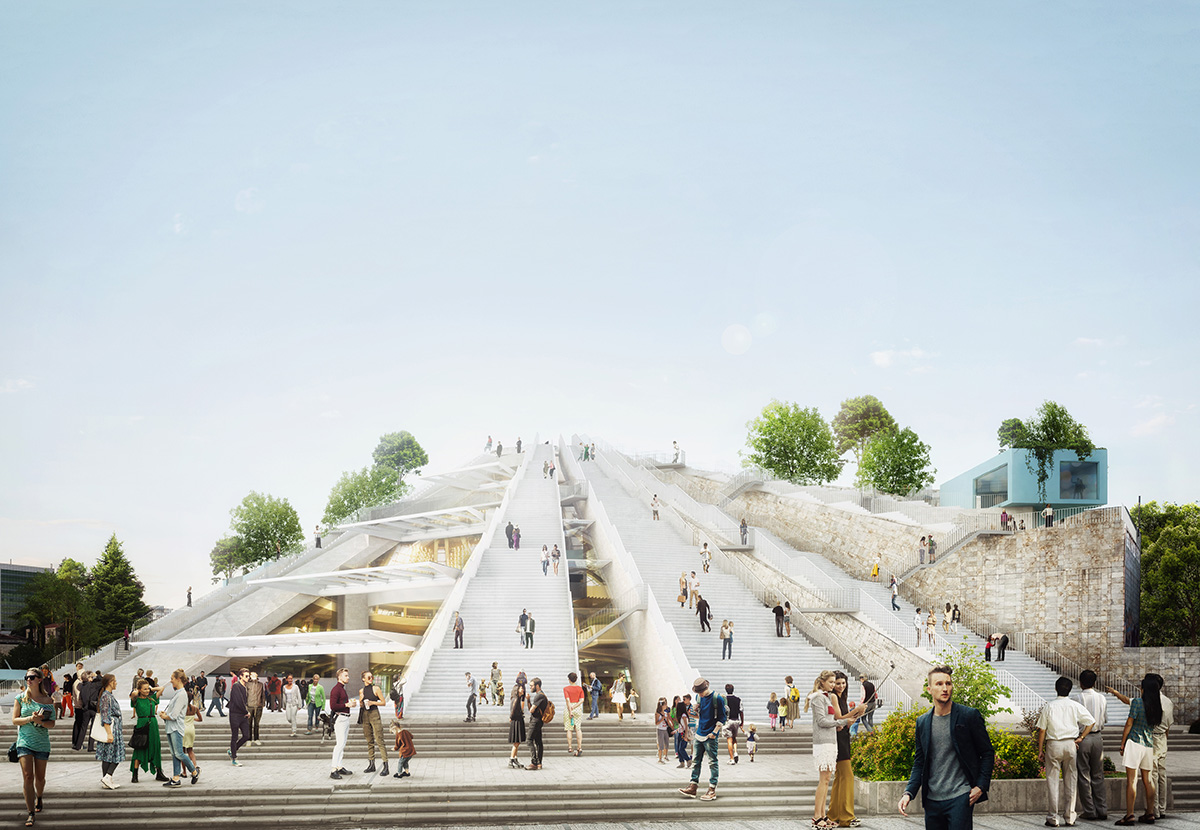 "The Pyramid is thus expected to become a new hub for Tirana's cultural life and a carrier for the new generation," said MVRDV.

"Working on a brutalist monument like the Pyramid is a dream," said founding partner of MVRDV Winy Maas.

"It is striking and interesting to see how the country struggled with the future of the building, which on one hand is a controversial chapter in the country’s history, and on the other hand has already been partly reclaimed by the residents of Tirana."

"I immediately saw its potential, and that it should be possible to make it even more of a ‘people's monument’ instead of demolishing it.

"The challenging part is to create a new relationship between the building and its surroundings. I am confident our design establishes this. I am looking forward to seeing young people and for the first time older people climbing the steps to the rooftop!," Maas added. 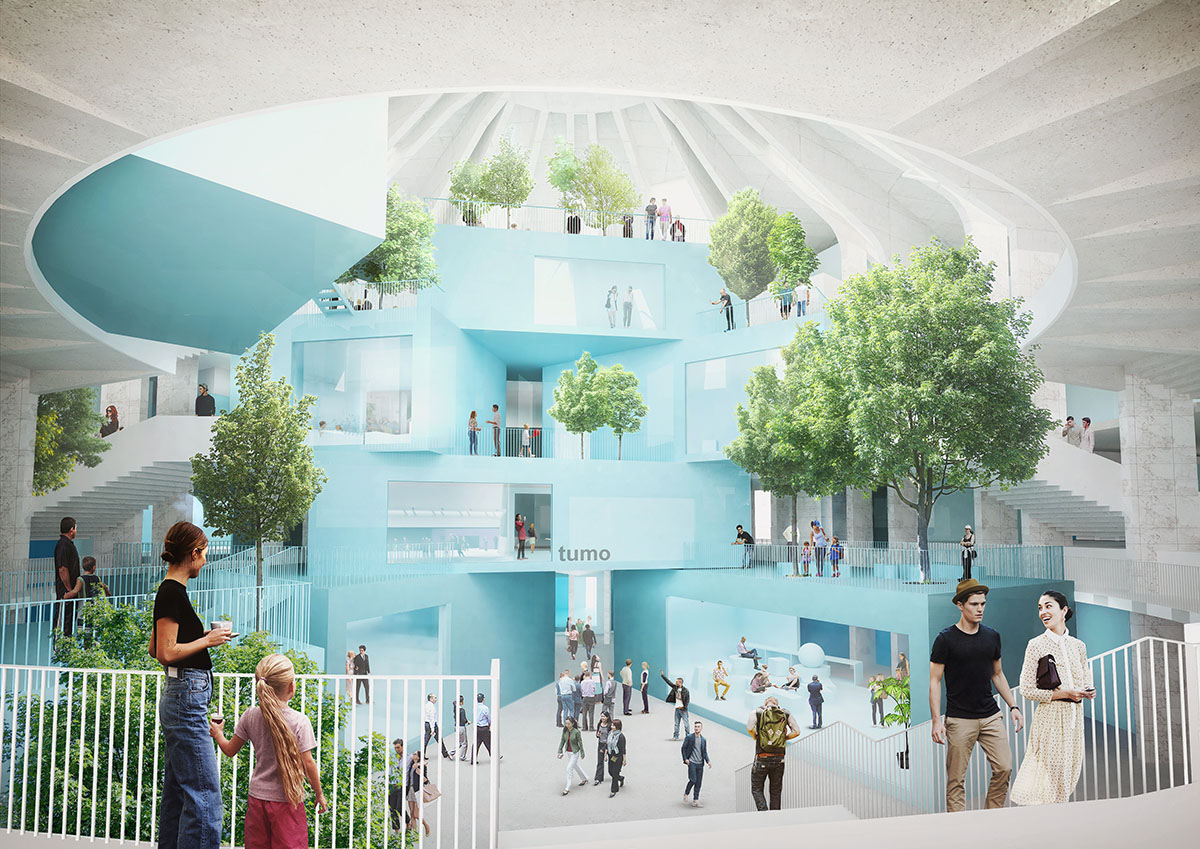 Covering a total of 11,835-square-metre area, MVRDV’s design will radically open up the building, which is now hermetically sealed and inaccessible.

Using huge glass, these huge flaps will close the building when it rains. MVRDV will remove additions from previous renovations to reveal a voluminous interior space.

"In an attempt to reclaim the deteriorating structure, the youth of Tirana have used it as a hangout and a canvas for graffiti, and often climb it at night and then – not without risk – slide down its slopes," said MVRDV.

Adding trees and other greenery to the Pyramid, they contribute to this open space with a welcoming appearance. There will be boxes containing individual rooms that are placed inside, upon, and around the existing structure. 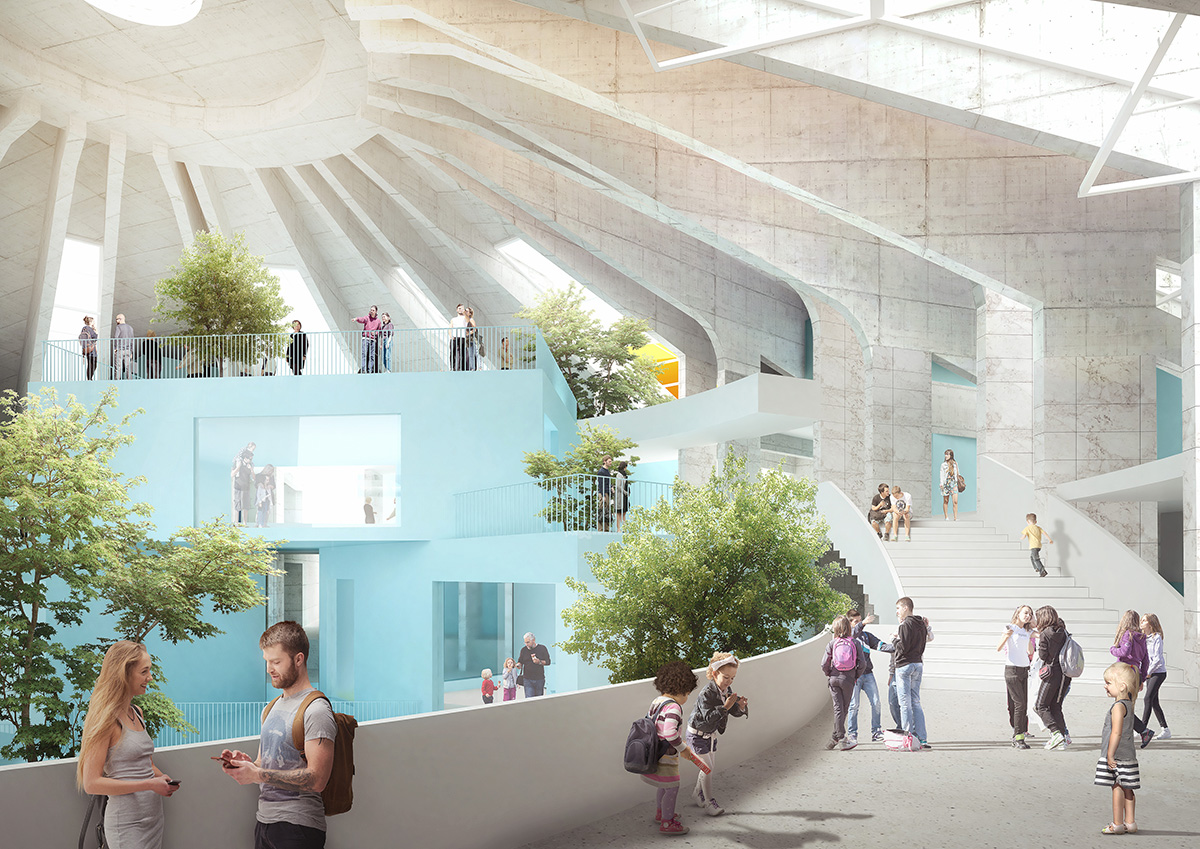 "This will create a village of classrooms, studios, cafes, and restaurants. Non-profit educational institution TUMO Tirana will be the main user of the Pyramid, providing free afterschool education for 12- to 18-year-olds in new techniques such as software, robotics, animation, music, and film," added the firm.

MVRDV adds urban steps to the sloping concrete beams, making it safe for visitors to literally walk over this former museum to the country’s dictator, right to the top of the pyramid – preserving the appropriating that began with the citizens of Tirana.

As the team highlights, "one of the beams will be preserved as a slope that visitors can slide down – at their own risk."

These steps will be able to be used for sightseeing and temporary events, returning the Pyramid and the surrounding plaza to their function as an important central point for cultural life in Tirana. 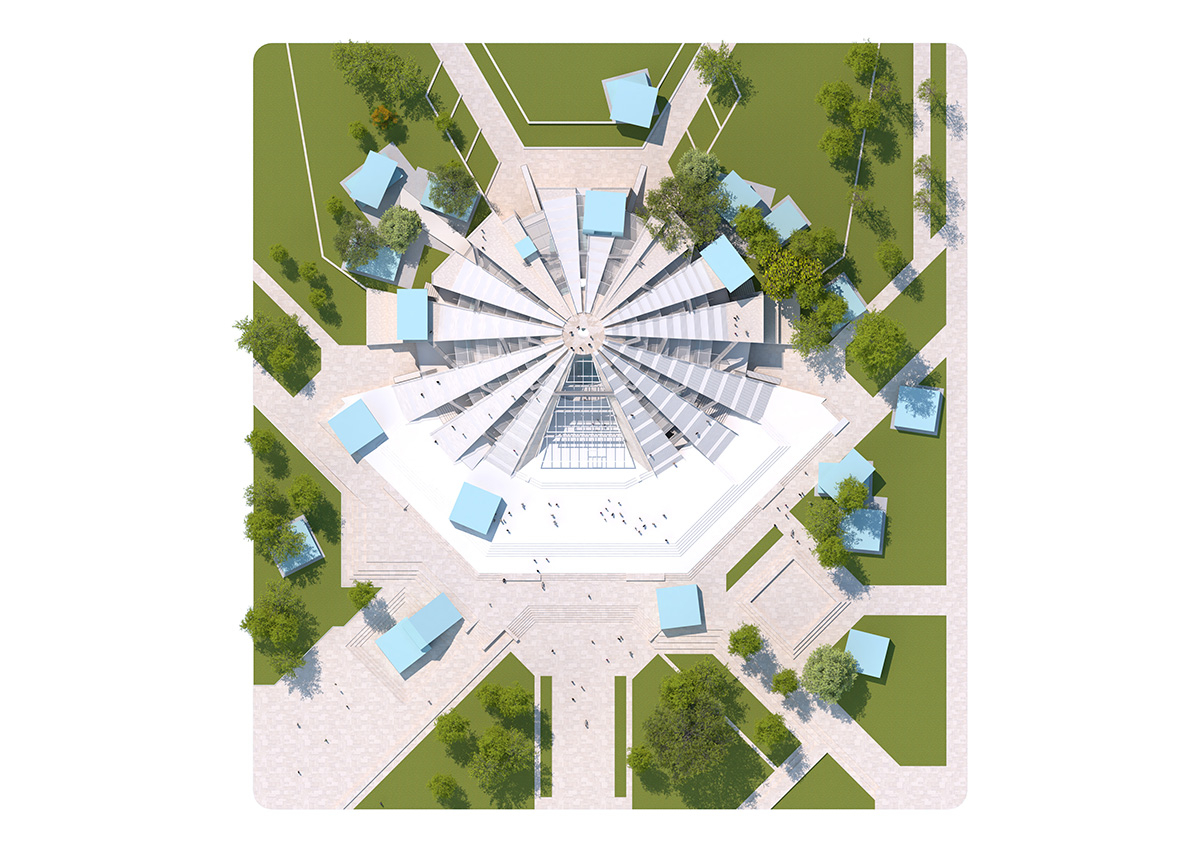 As MVRDV states, "the transformation of the Pyramid shows how a building can be made suitable for a new era, while at the same time preserving its complex history, and demonstrates that historic brutalist buildings are ideal for reuse."

The project also meets a number of the Sustainable Development Goals outlined by the United Nations. Rather than wastefully demolish the structure, MVRDV preserves its robust concrete shell and the shell is adapted along circular economy principles. 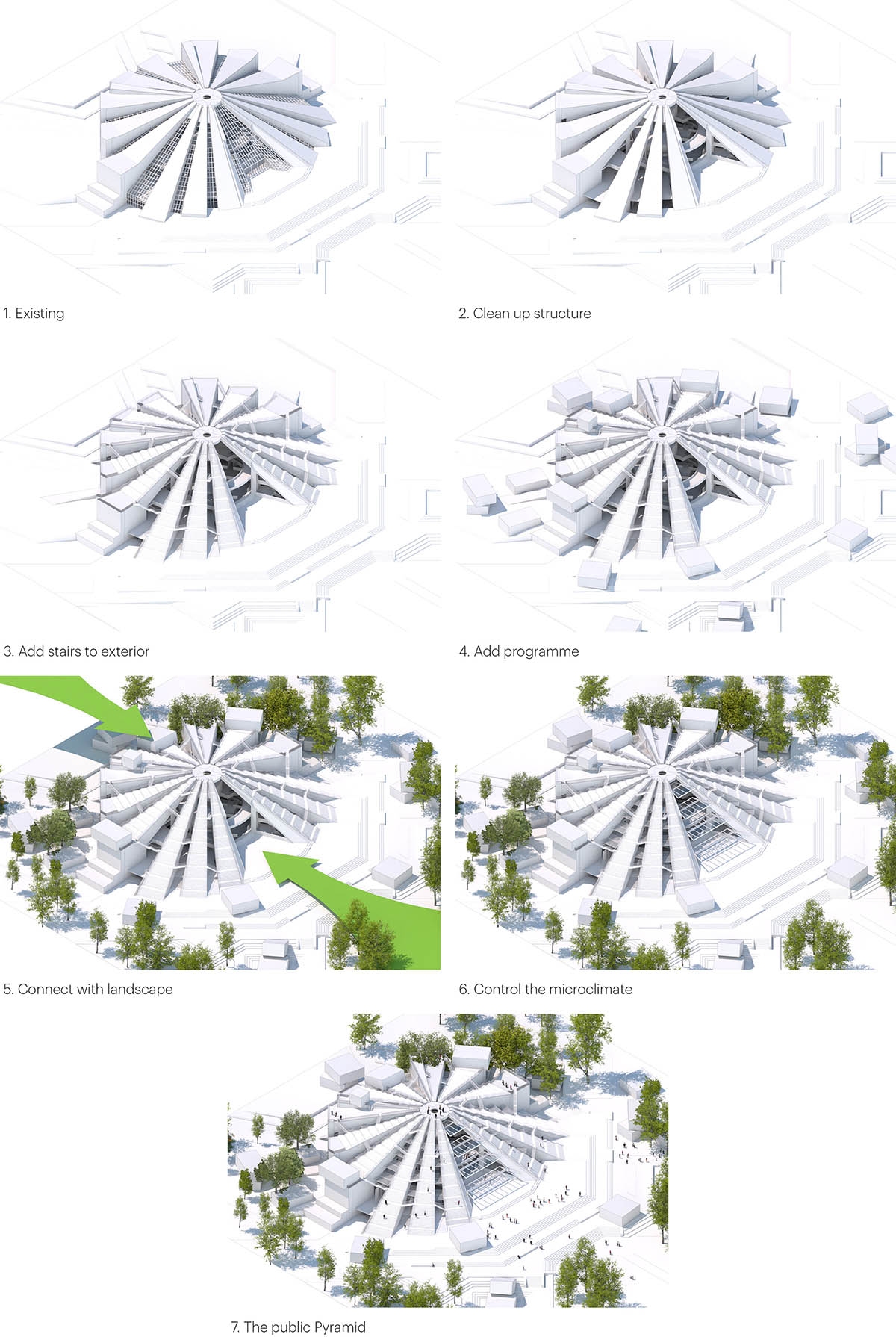 This principle is further developed in the design of the exterior steps, which use the stone tiles that originally adorned the façade as aggregate in the new concrete.

"As the majority of the structure is open to the surroundings for most of the year, only the added boxes housing the educational program need to be climate-controlled, reducing energy consumption," the firm added. 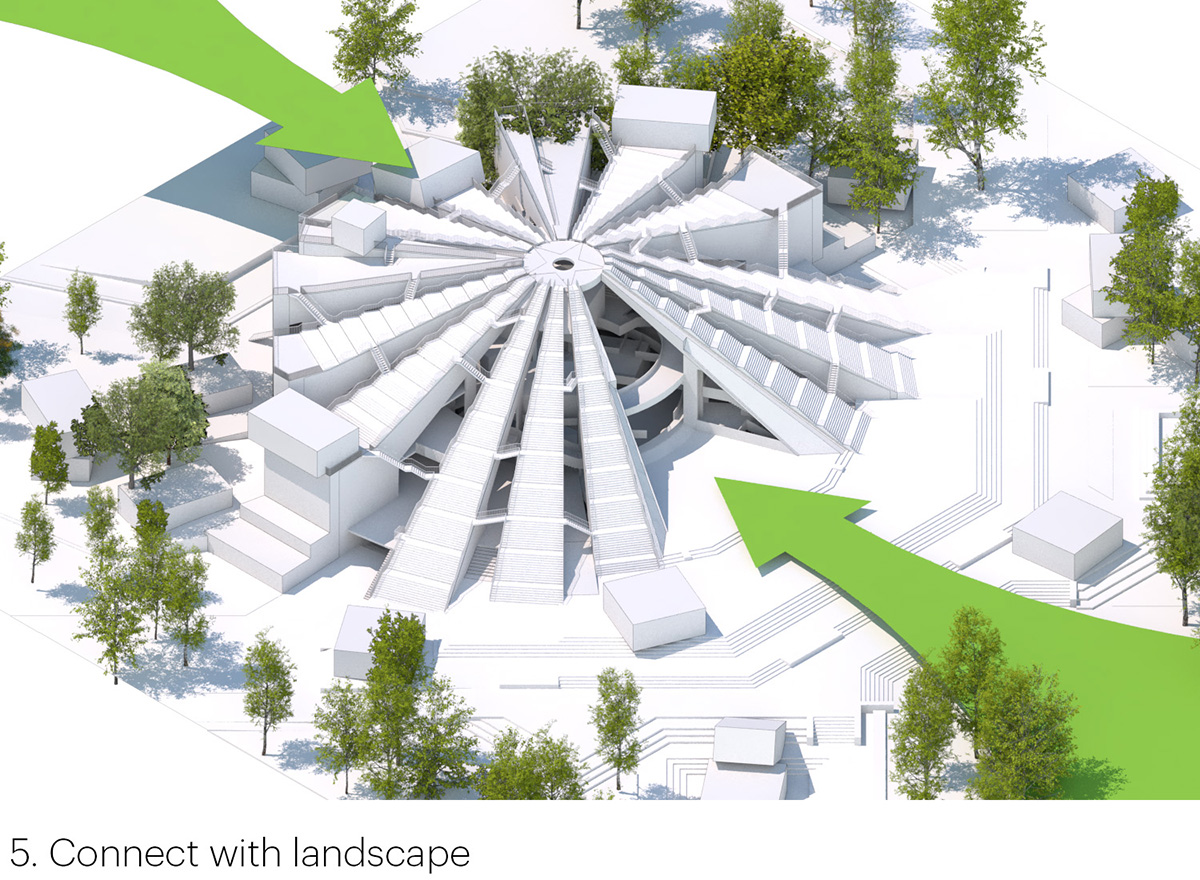 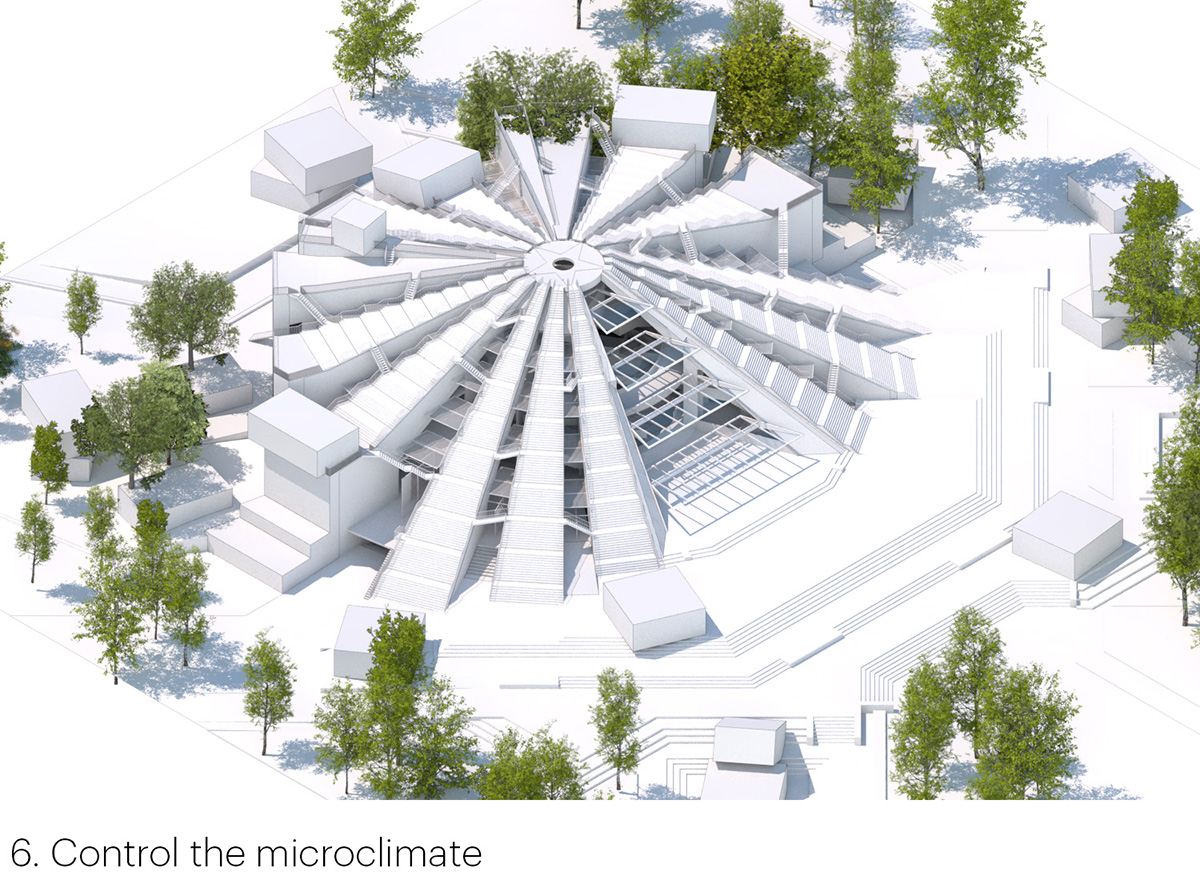 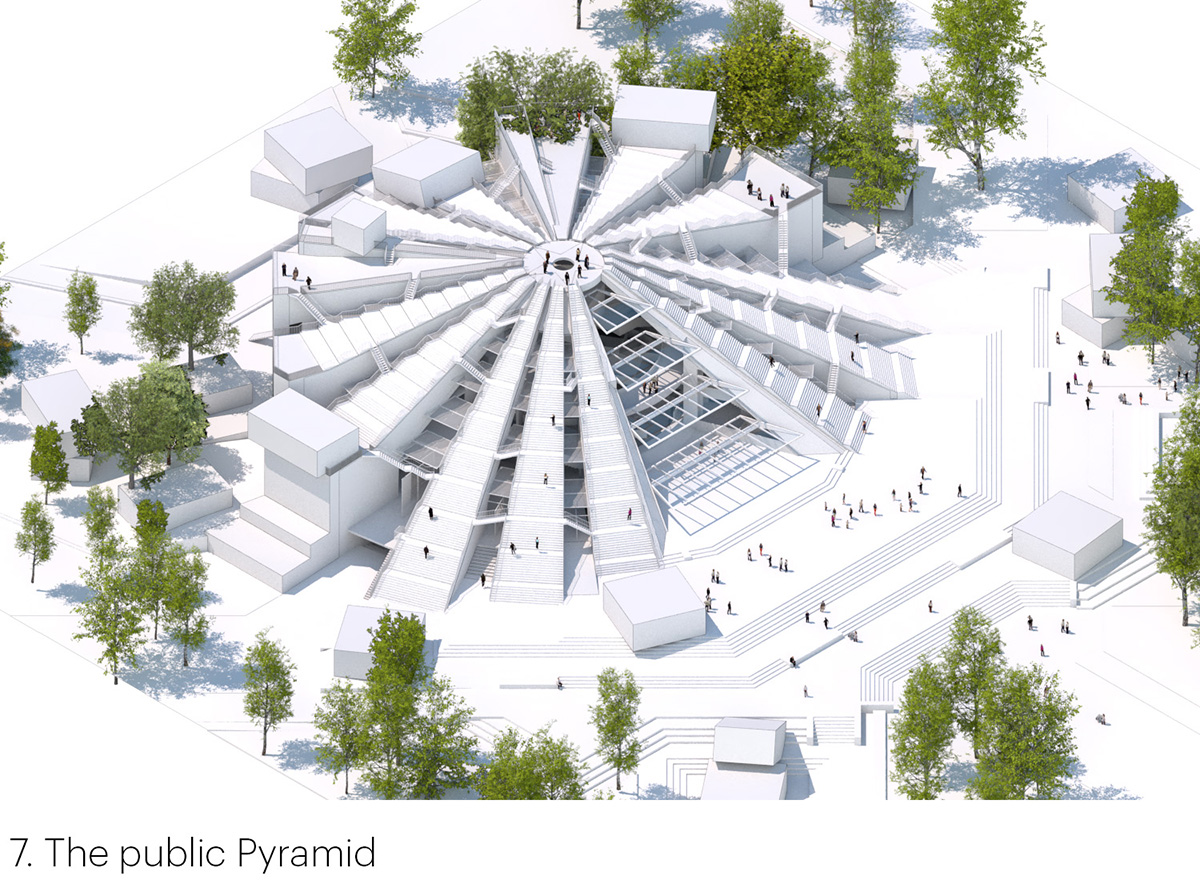 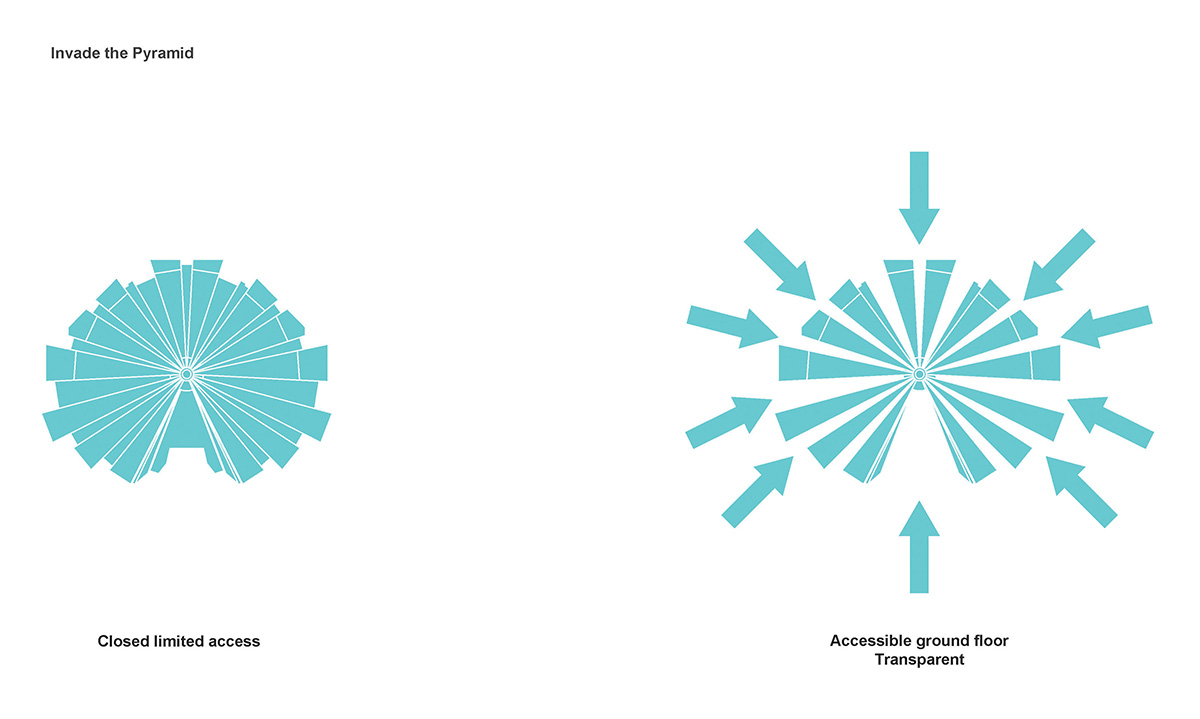 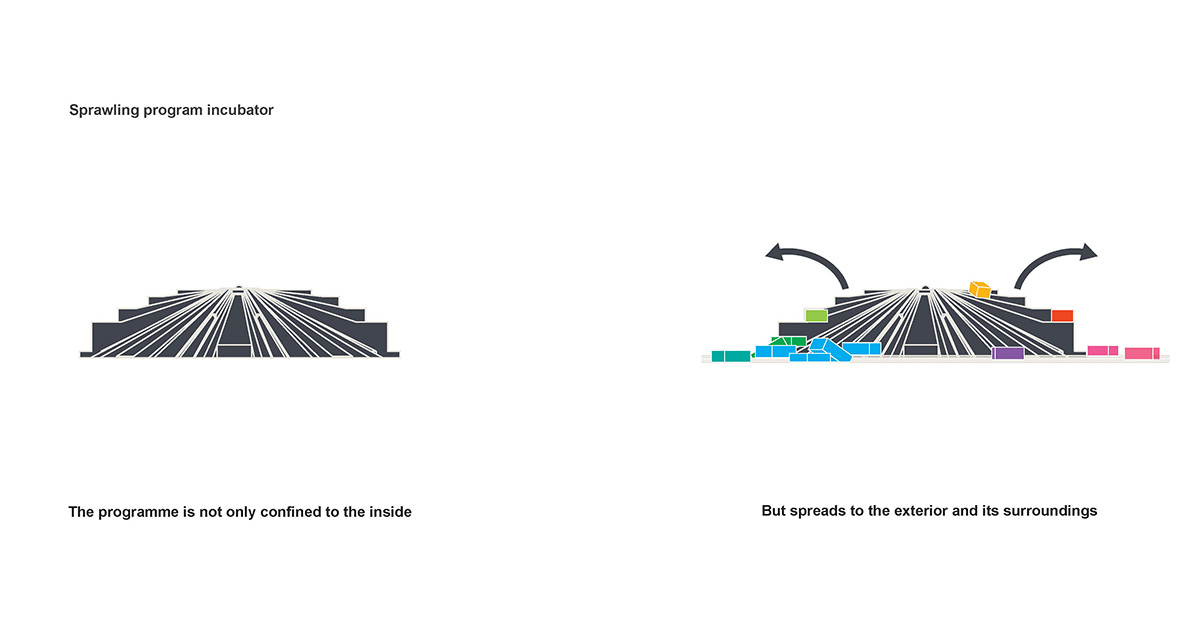 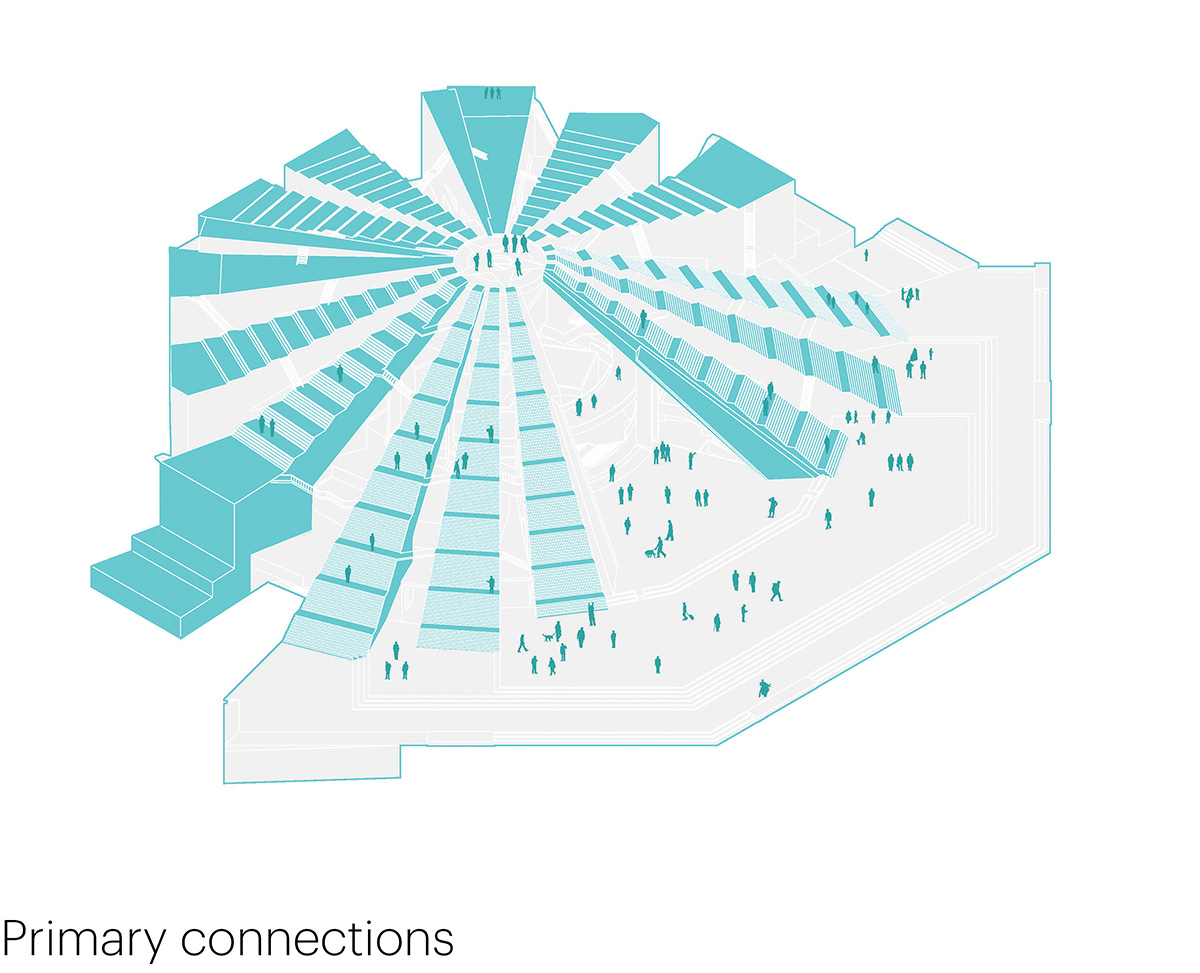 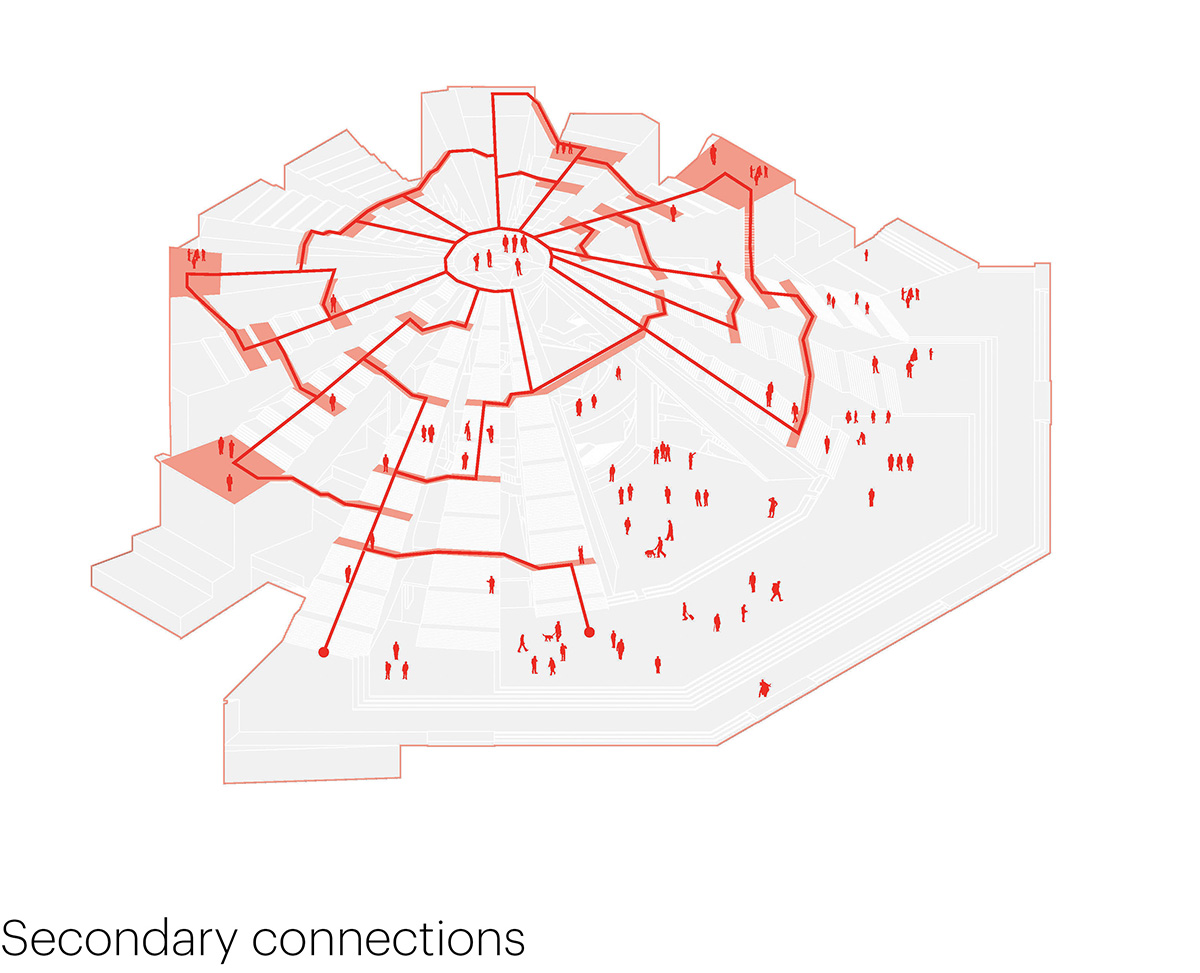 Social sustainability is advanced in the building’s new use, with the educational programme advancing education and preparing the next generation for success.

The transformation of the Pyramid of Tirana is co-financed by the central and local government with the Albanian-American Development Foundation (AADF).

Project name: The Pyramid of Tirana