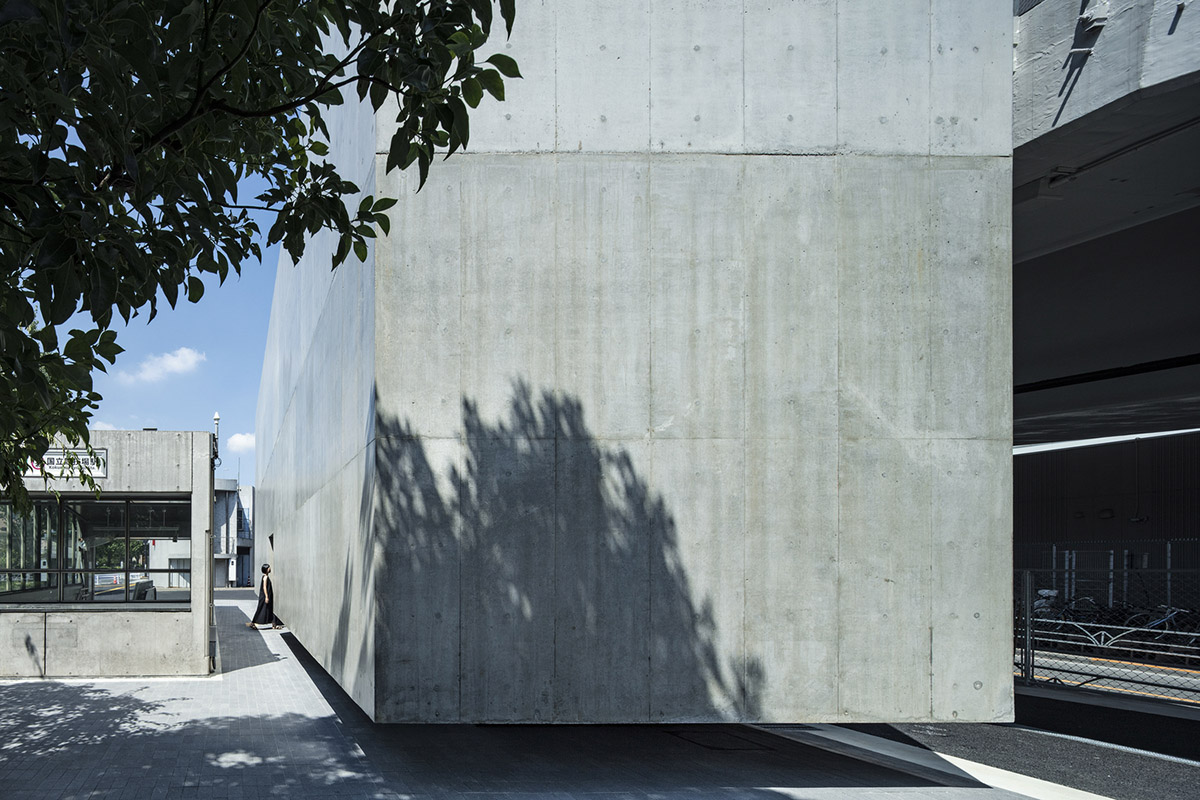 The project, named Public Toilet in Sendagaya, is situated between the elevated Metropolitan Expressway and the National Stadium subway station as a closed volume without revealing its function.

The studio designed this building to elevate its cultural aspect to be able to be used by visitors coming Japan and abroad on the occasion of the Olympic Games and to introduce it as a part of the city infrastructure for the future. 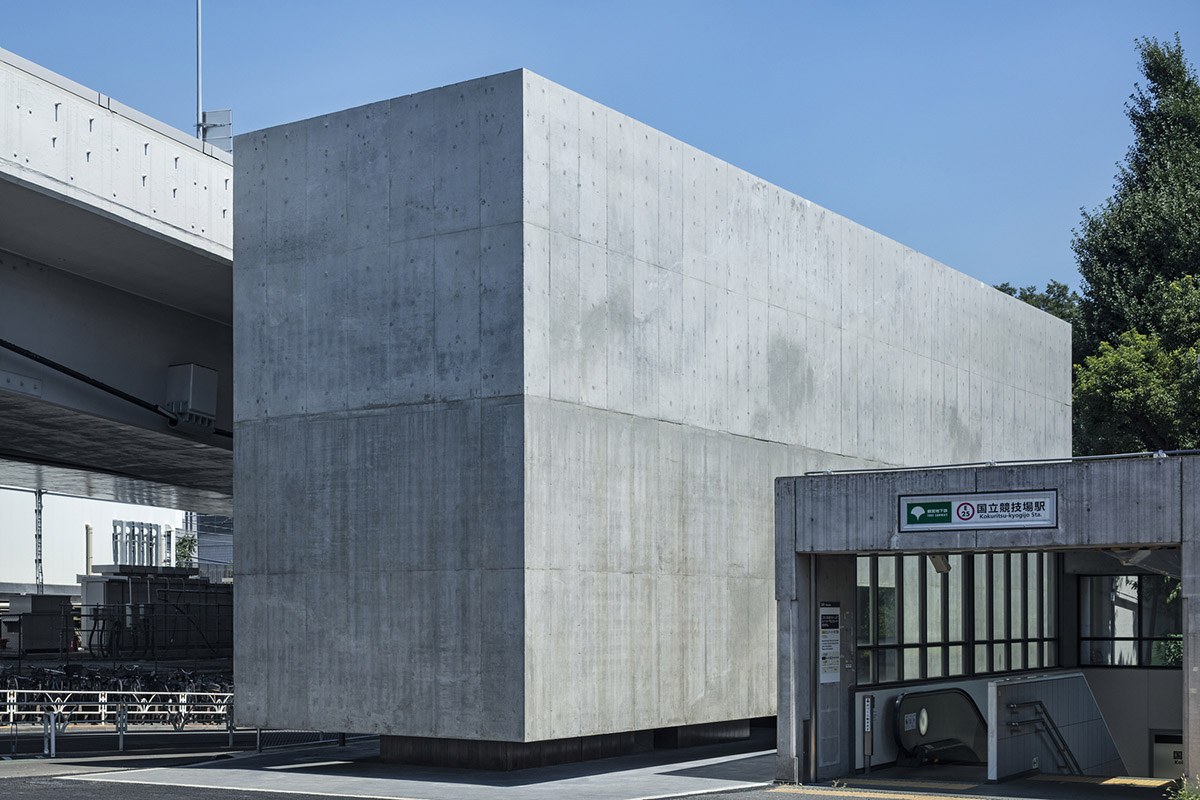 "As a future public place to have together, we started the plan by reconsidering the impression, function and usage of the conventional "public toilet" from the premise," said Suppose Design Office.

For the building, the architects intend to create a large air space in the height direction, the structure is supported by two pillars.

Within the enclosed volume, there are toilet booths and hand-washing facilities in the center, and the functions are hidden with thick concrete envelope raised the four exterior walls 500mm above the ground. 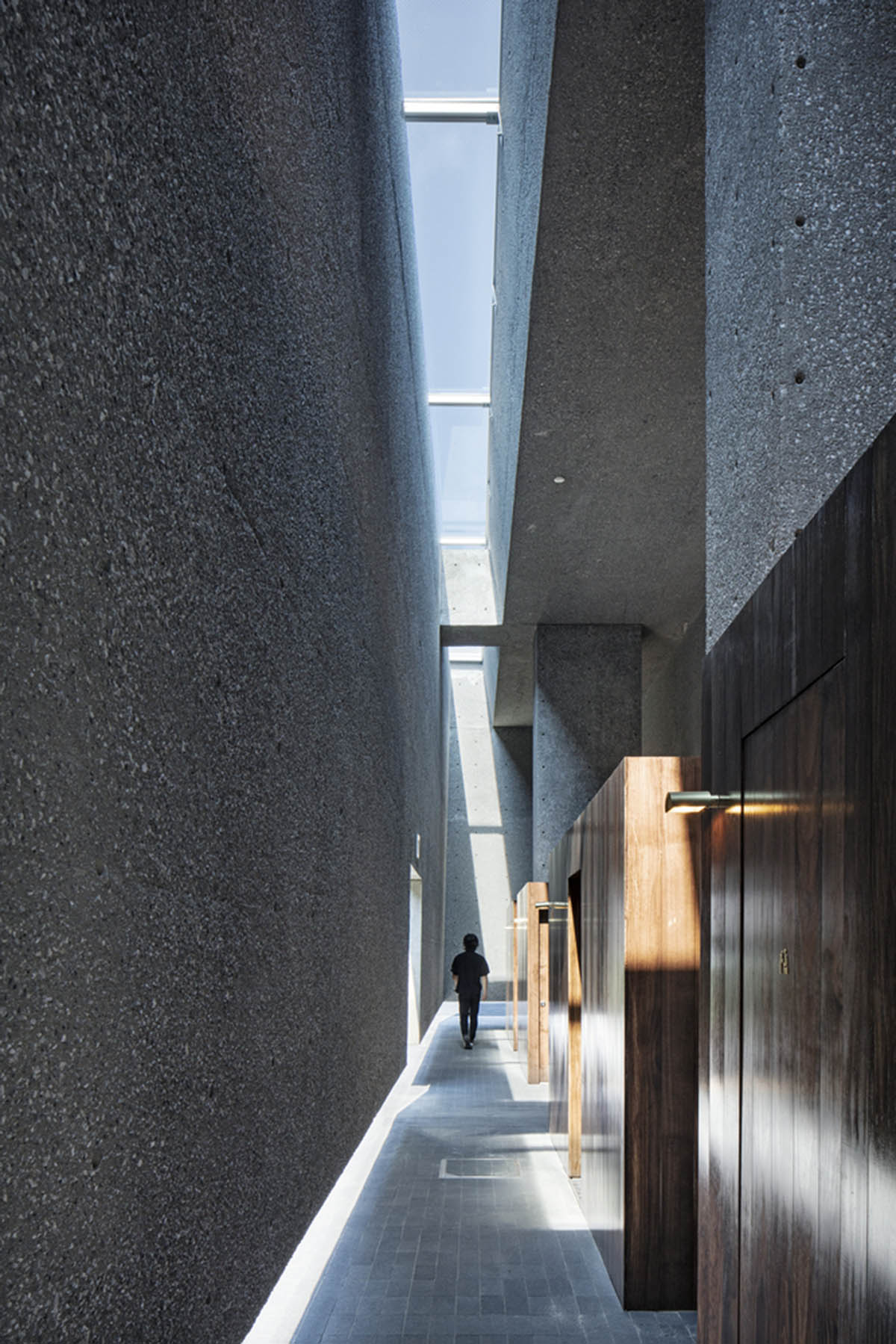 By using floating walls, the architects aimed to create a good connection between the interior of the building and the city, as well as a transparency that allows users to feel the presence of people.

"We were able to get rid of the corridors and dead ends that lead to a sense of stagnation and uneasiness in public restrooms," the studio added. 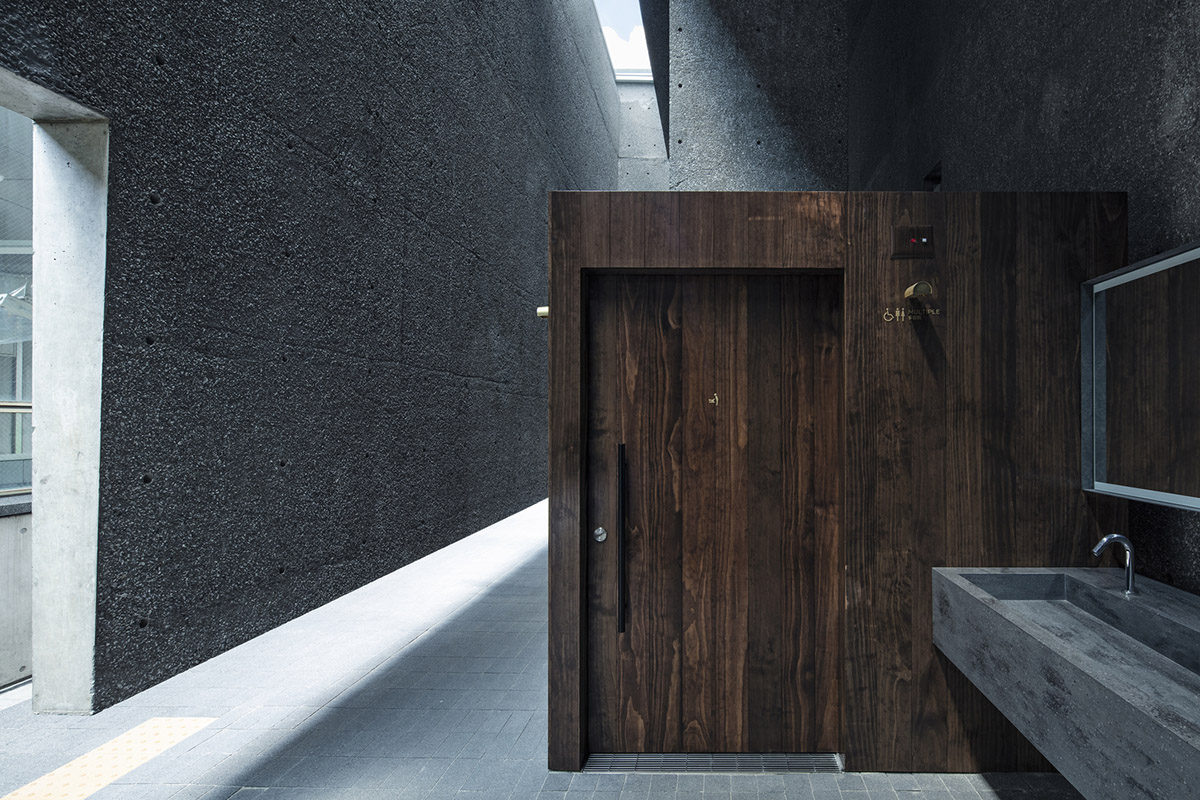 The height of the interior walls reaches at 7.5 m tall, the walls are finished with a texture of washed concrete, and the soft light shining through the slits in the roof draws the light into the interior impressively. 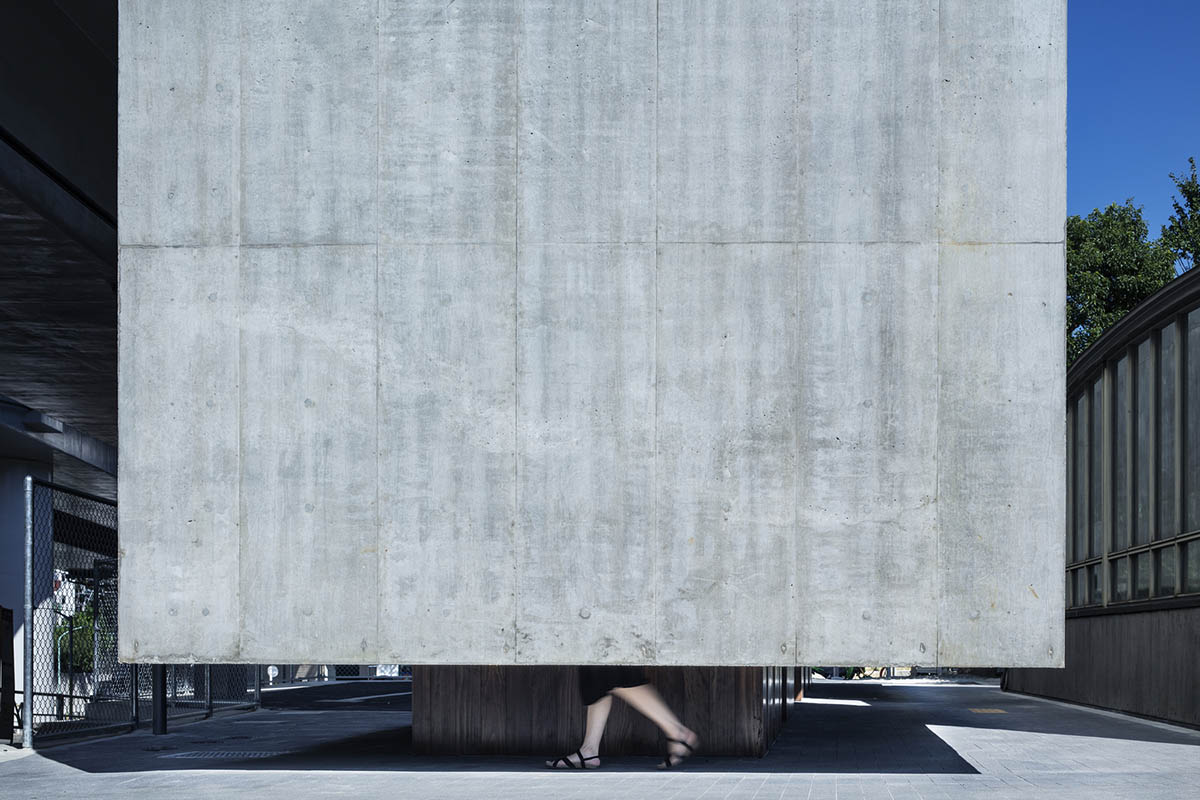 "It is a space where you can unintentionally appreciate the "seasons and changes of time woven by nature" by changing the light," added the studio.

"Under the special conditions of "large air and floating walls", the pillars become long and thin pillars cannot be expected." Therefore, the architects reduced the number of columns to create an intensive structure with columns with a large cross section, and the floating walls on the outer circumference were used as wall beams as well as the cantilever beams on the roof surface to realize a "floating wall". 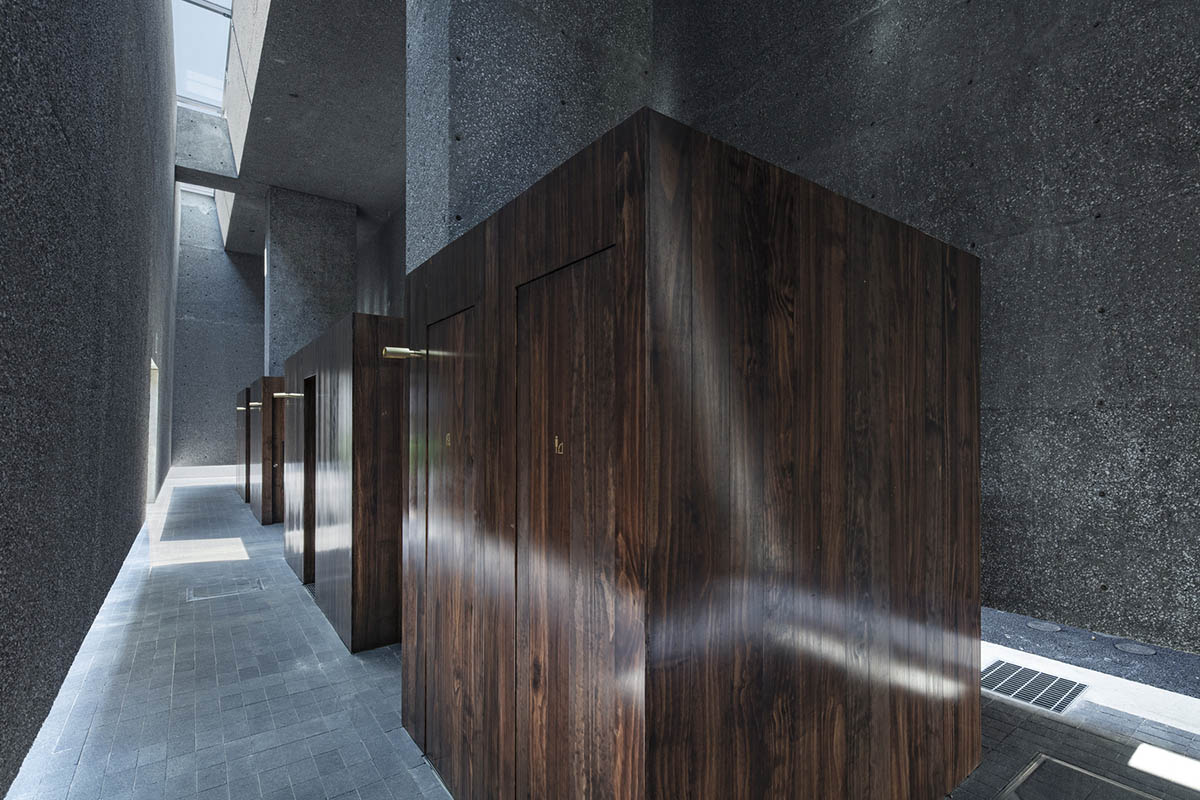 "By simultaneously solving the elements that create performance and the environment, such as using the depth of the top light as a beam, the design and structure are rationalized," the architects continued.

For the toilets going beyond its general perception, the team used the Akoya wood paneling, the hotel-like appearance of the brass signage and the washbasin placed in the center. The toilets can be shared by men and women, and that emphasizes rationality and diversity in design. 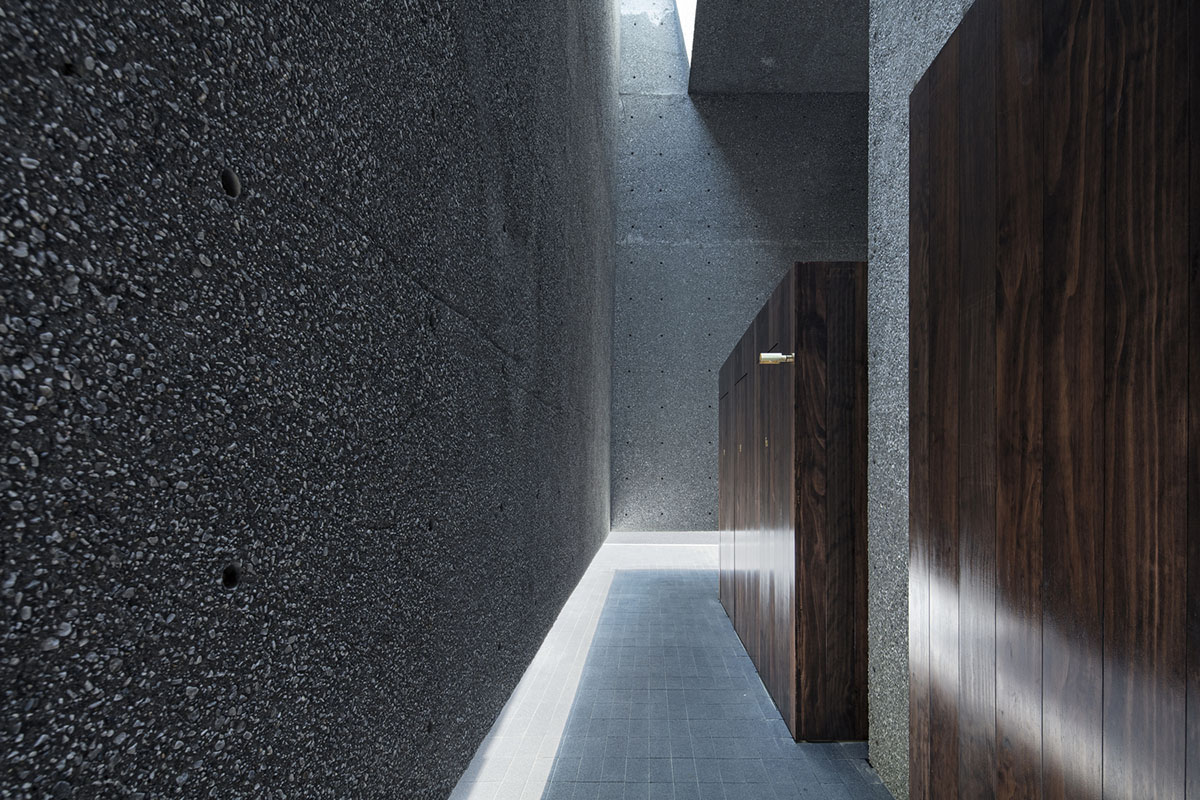 Through this proposal that the architects expect that the building will change a user's consciousness by feeling herself/himself in a flat, easy-to-use, and high-quality space, and that the user will be able to participate in maintaining a comfortable environment. 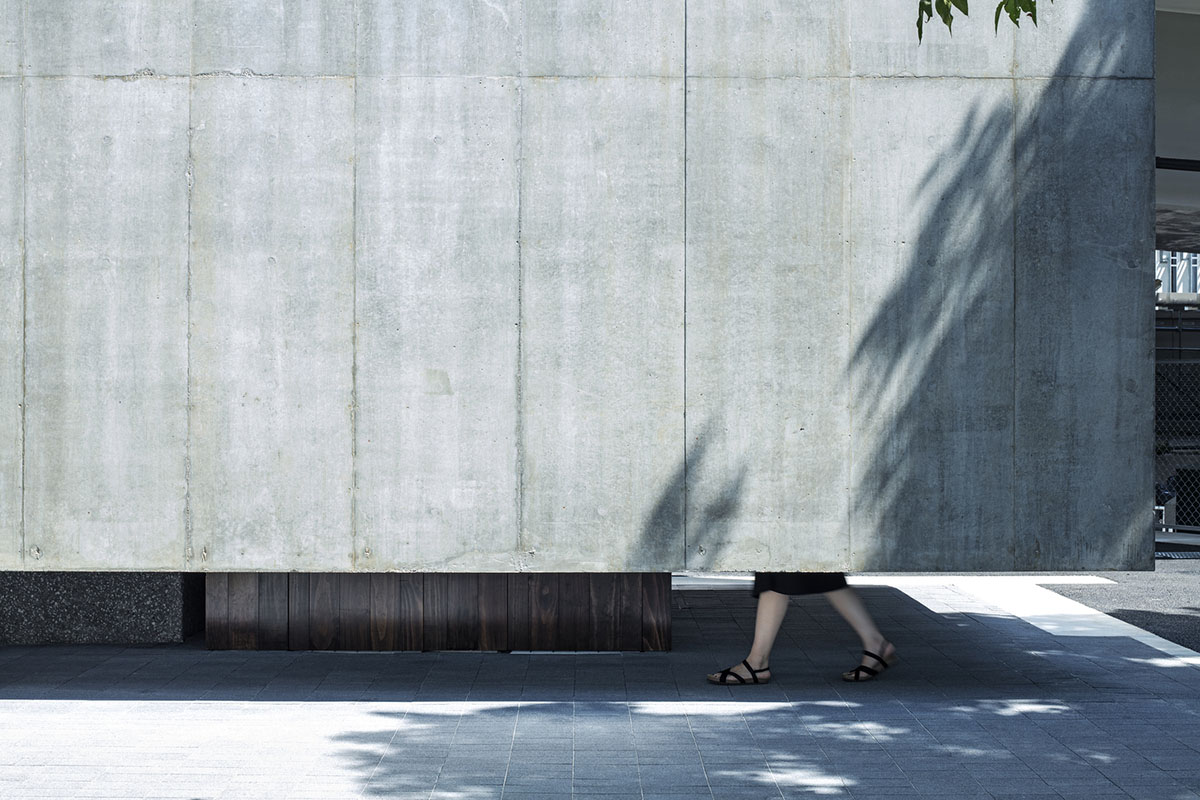 In this architecture, the studio carefully builded up the relationships between the city and the architecture, which is manifested by contradictions such as "a sense of floating due to heaviness" and "presence of light due to darkness".

"By vaguely melting the lines, I sought an attractive boundary where nature and architecture resonate with each other," added the architects.

"The margins inside the building are left as a place for art, giving the architecture not only the function of "useful" as a public building in a mature city, but also the other meaning of enjoying the city." 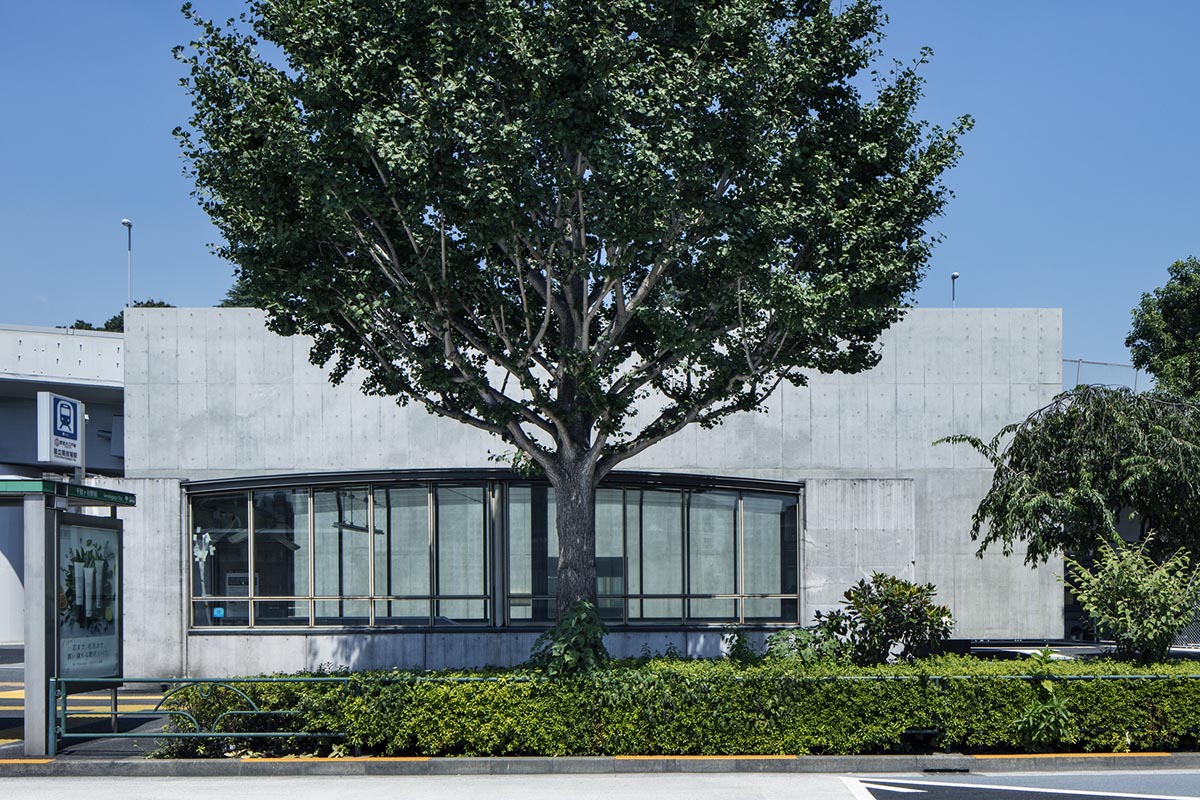 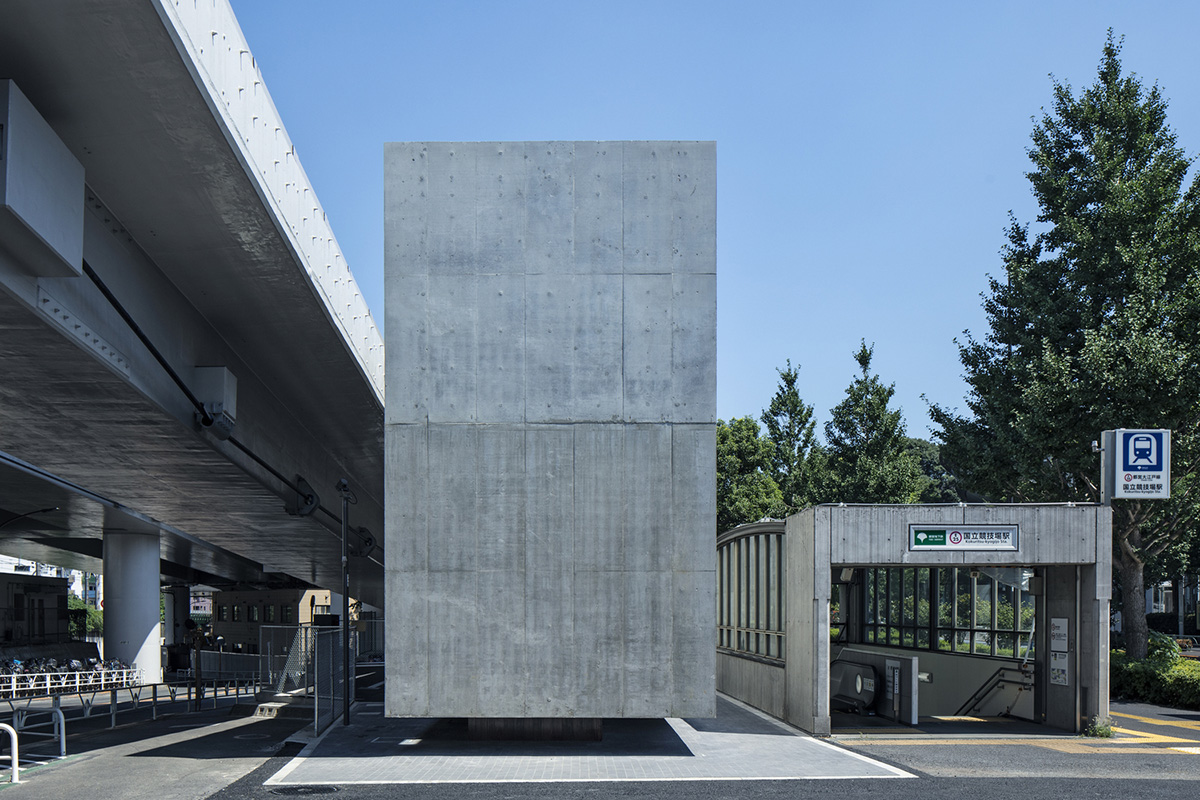 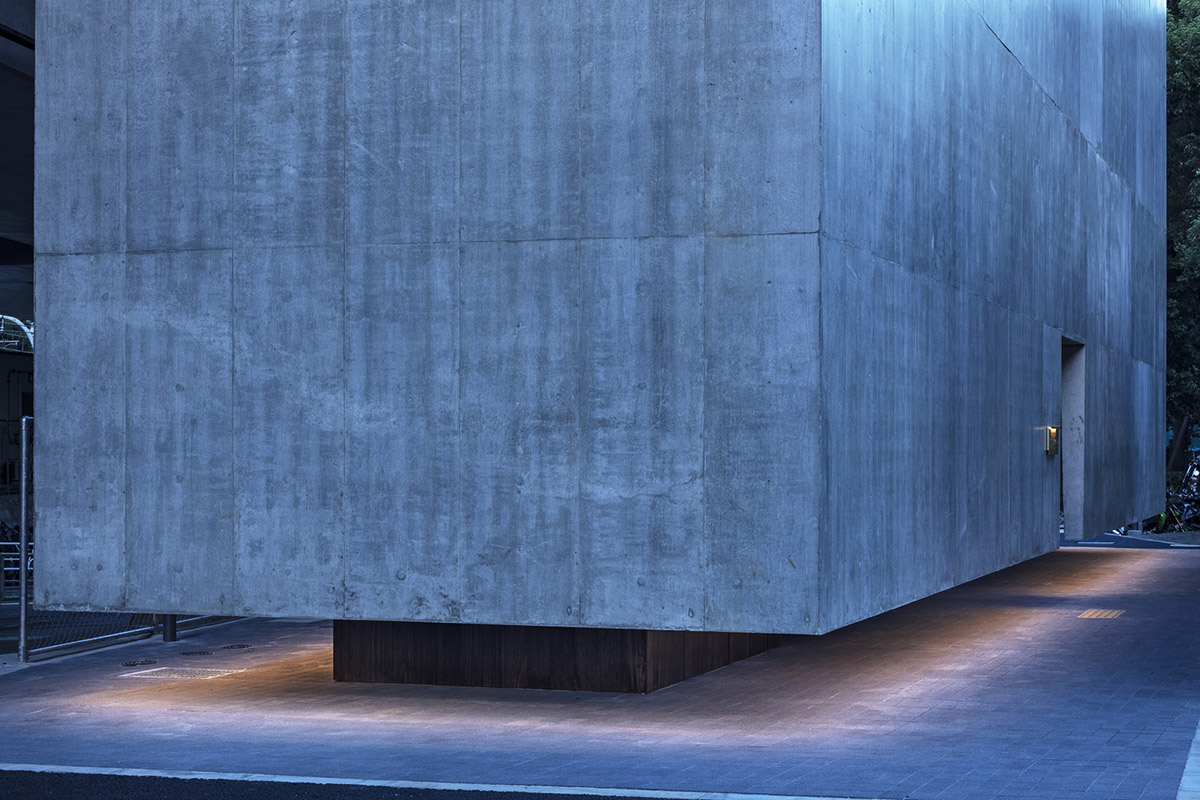 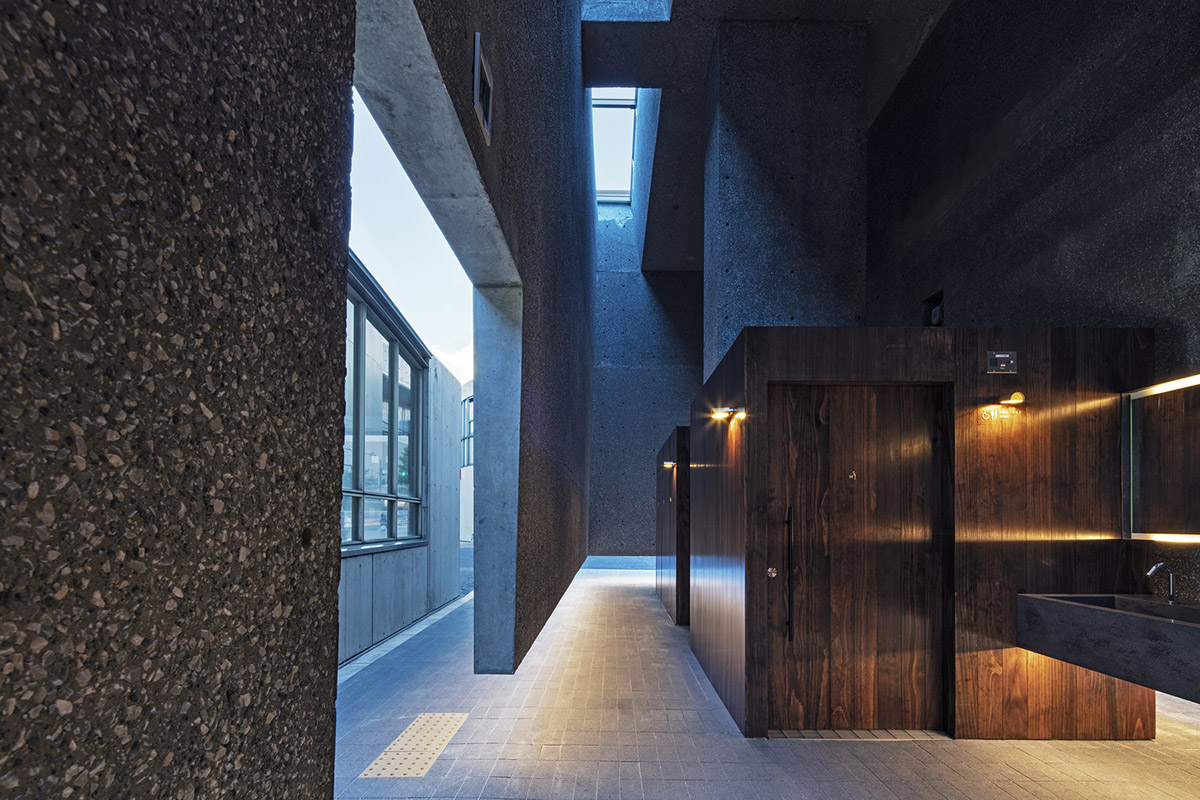 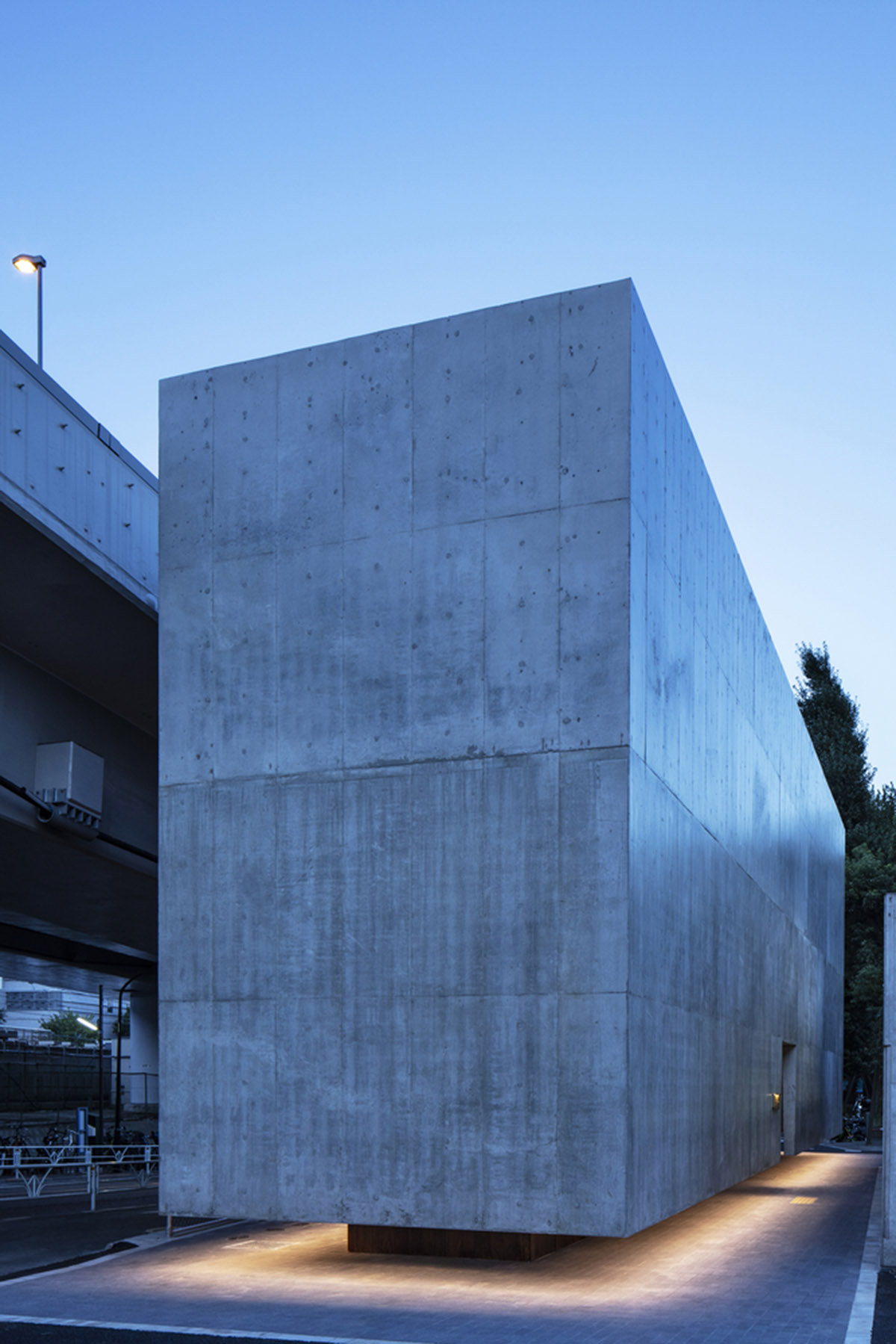 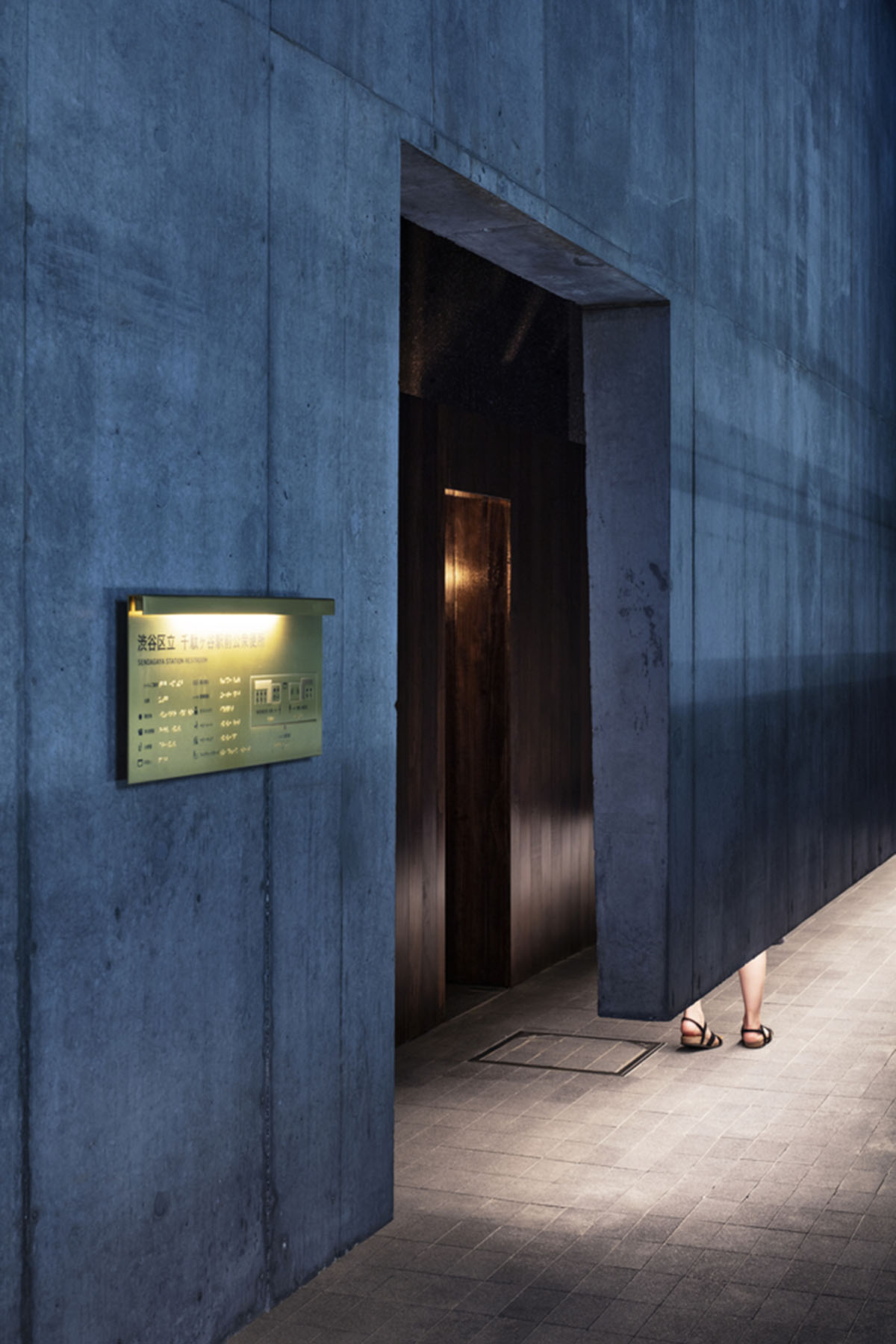 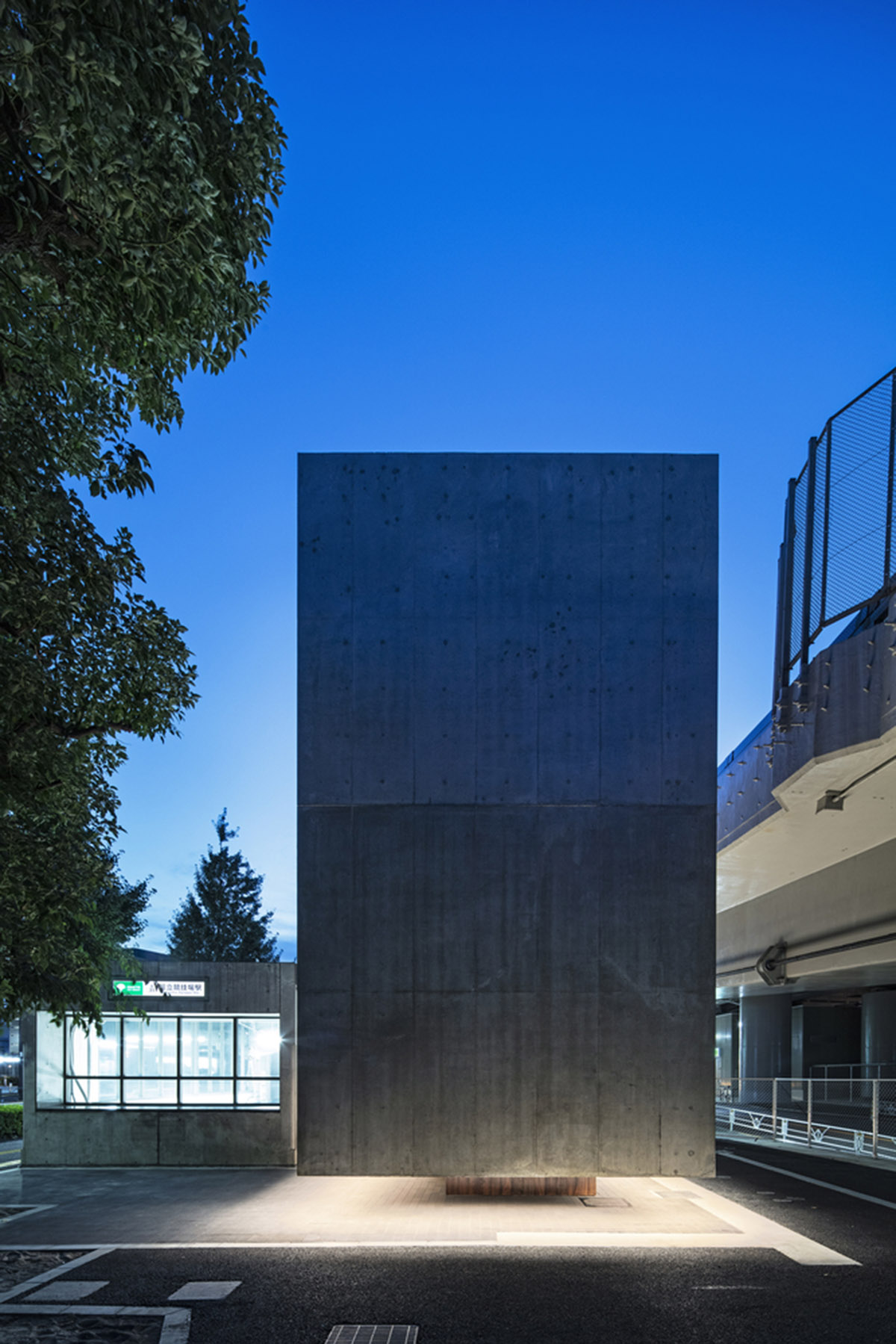 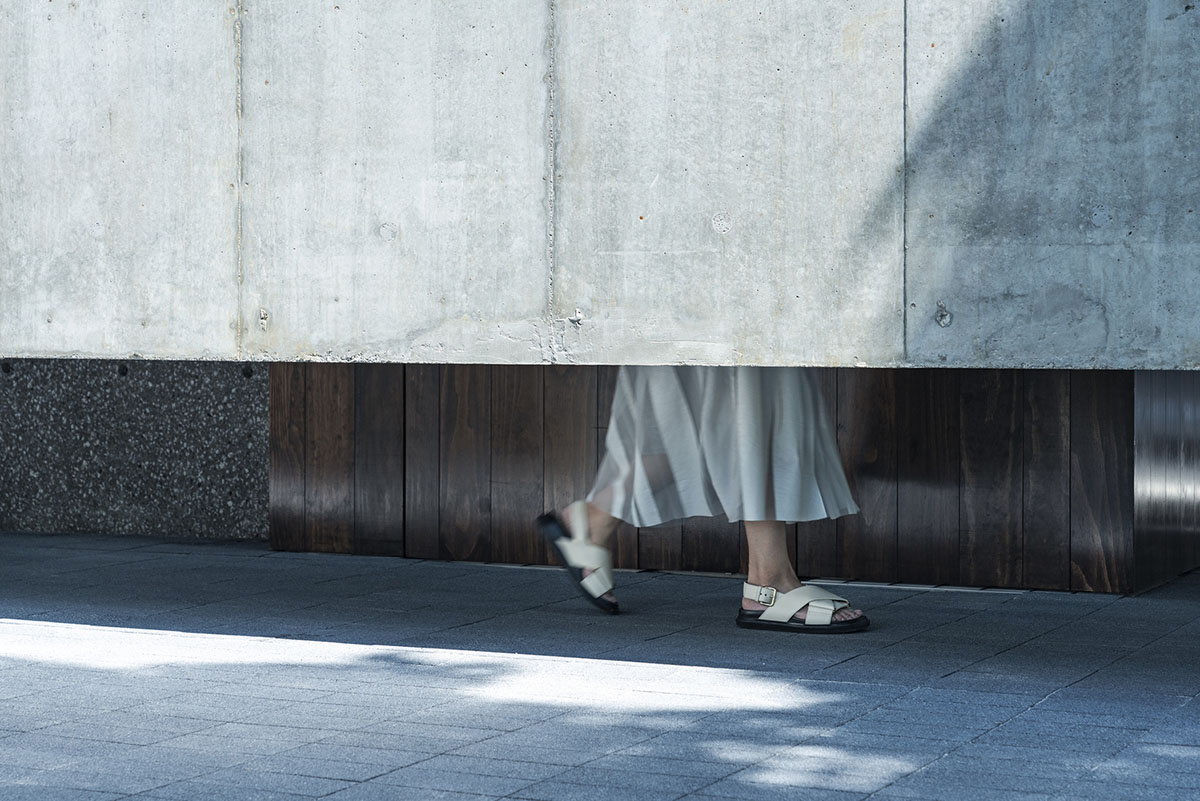 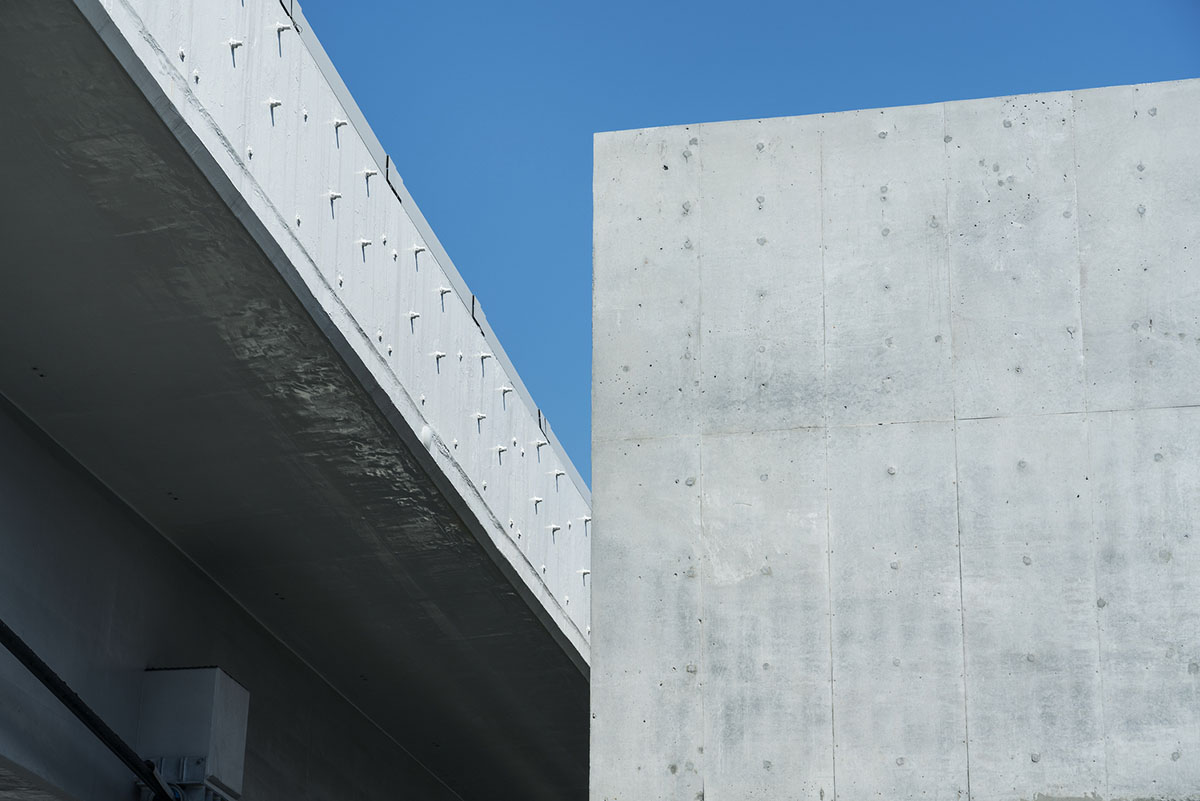 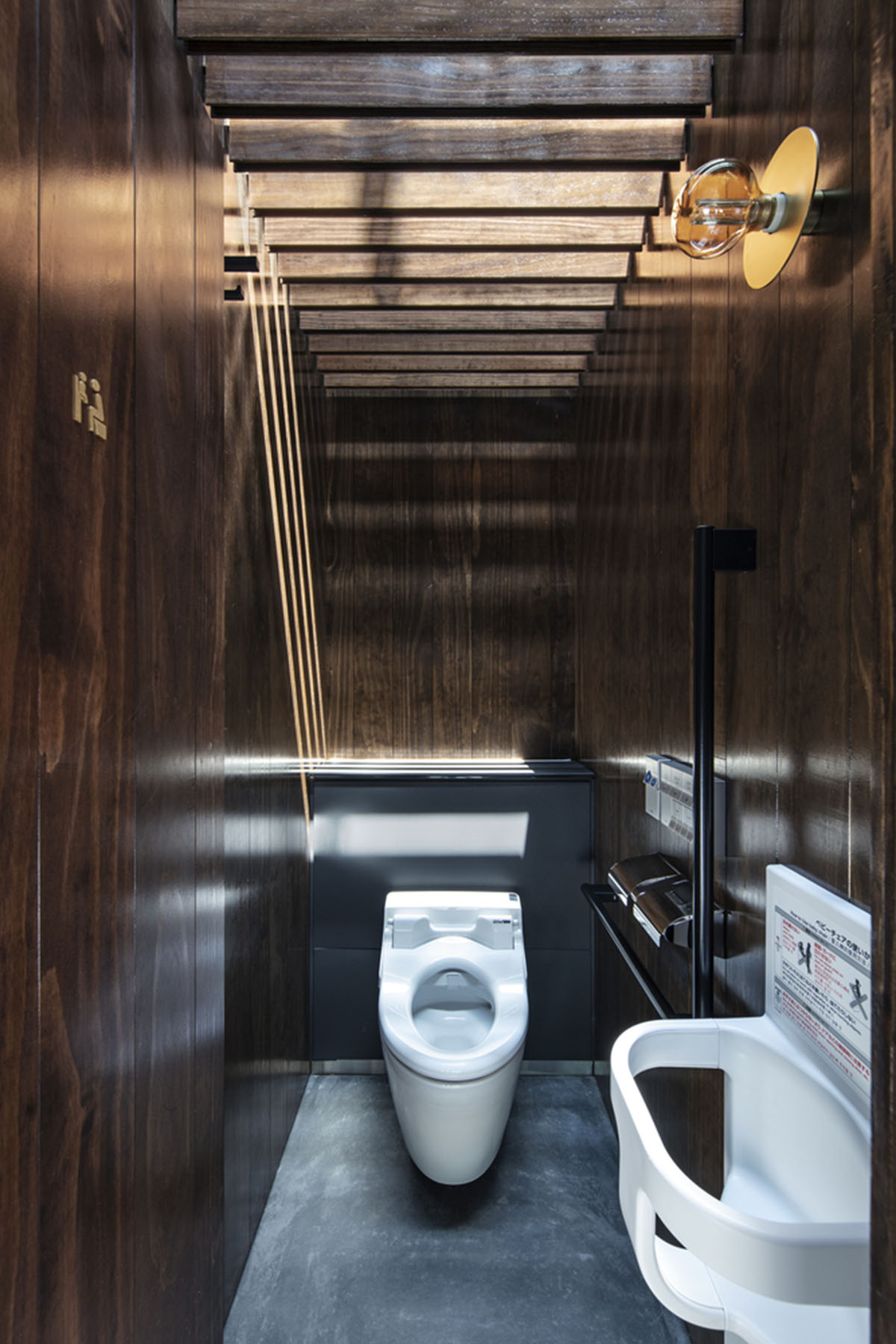 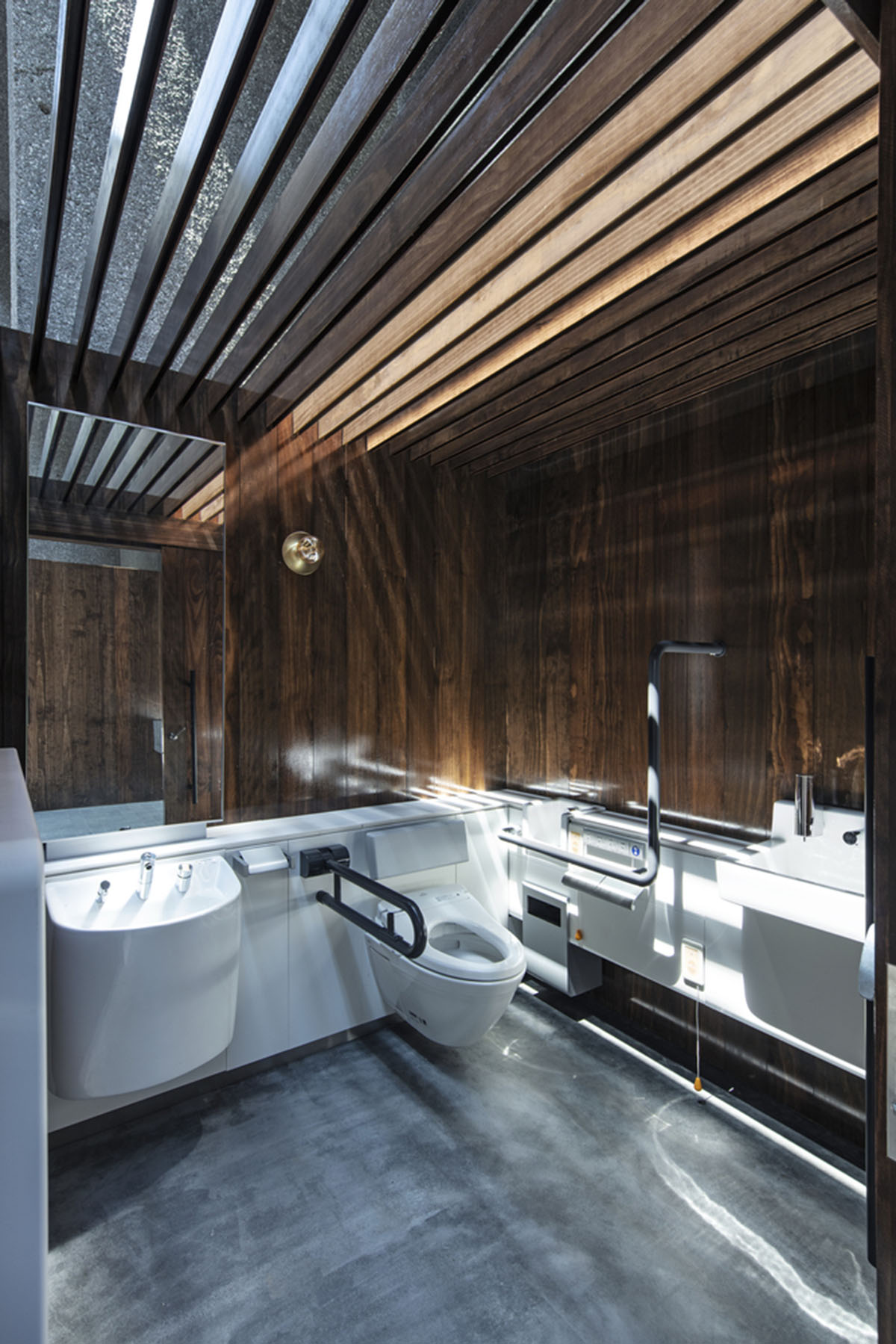 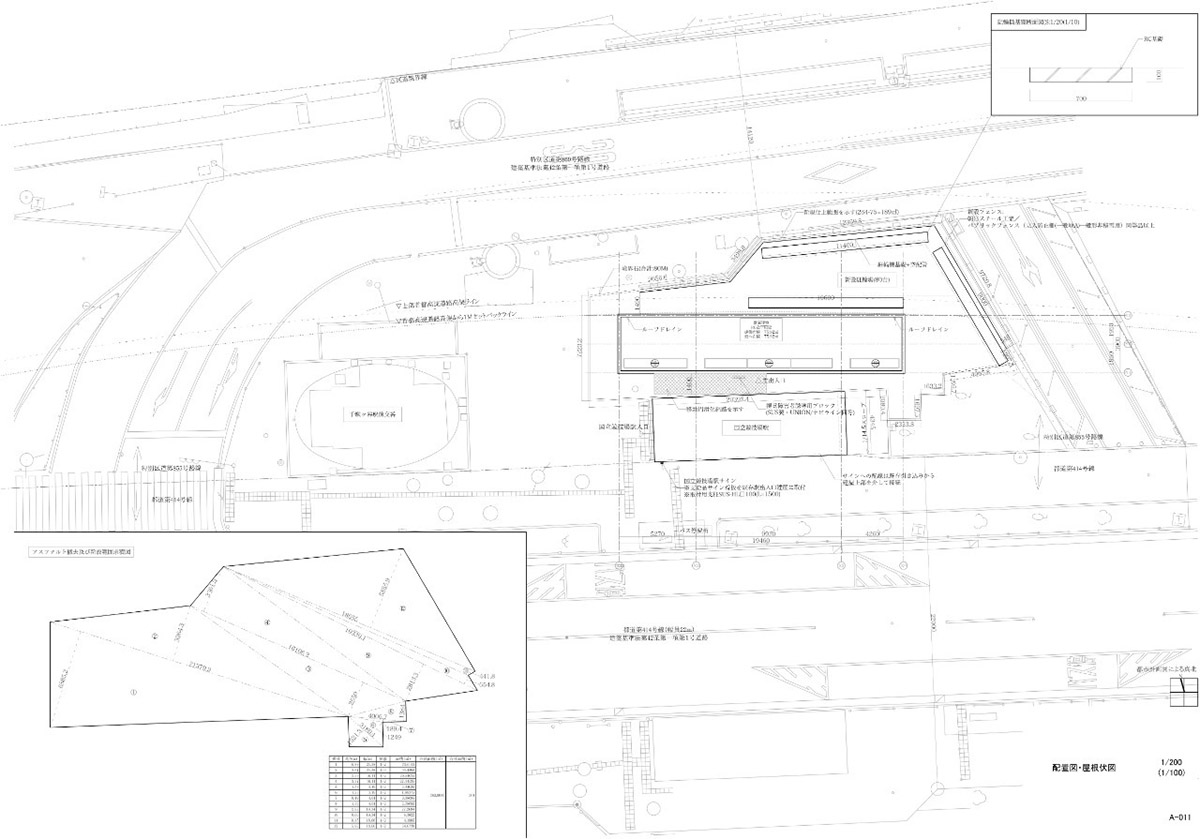 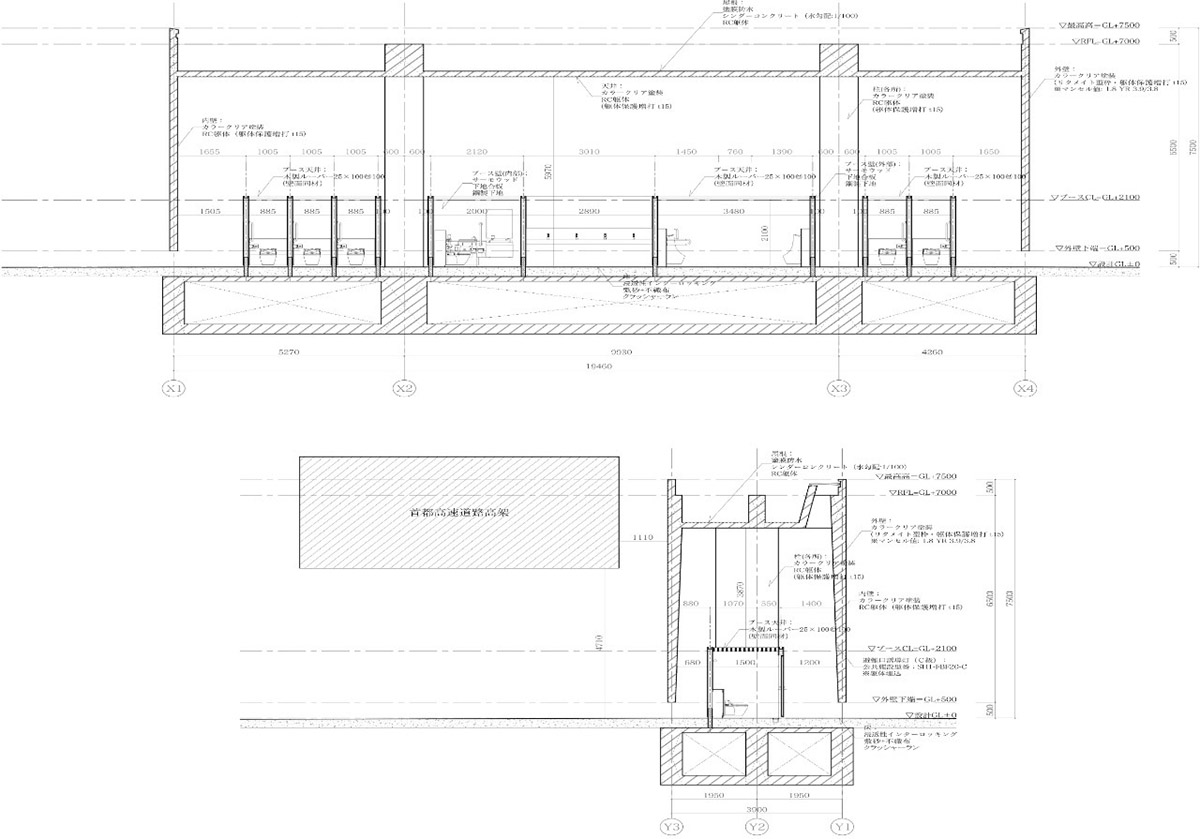 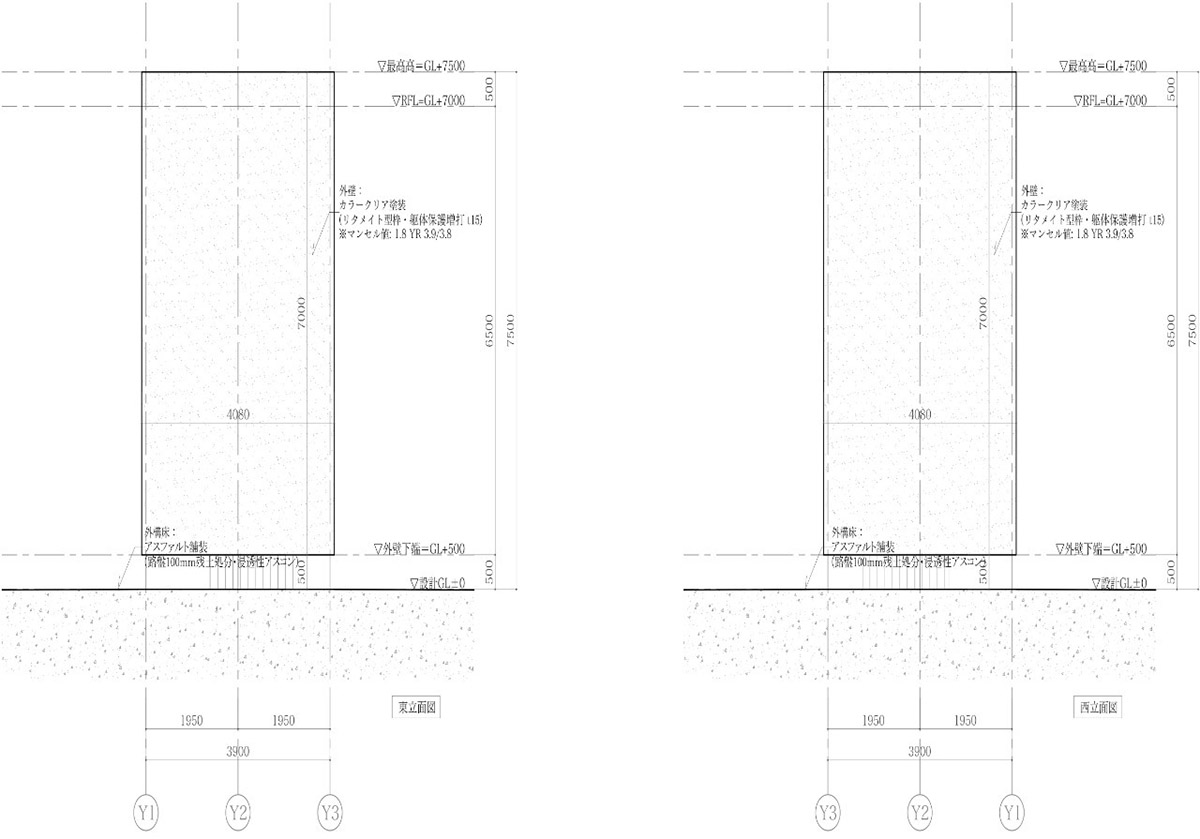 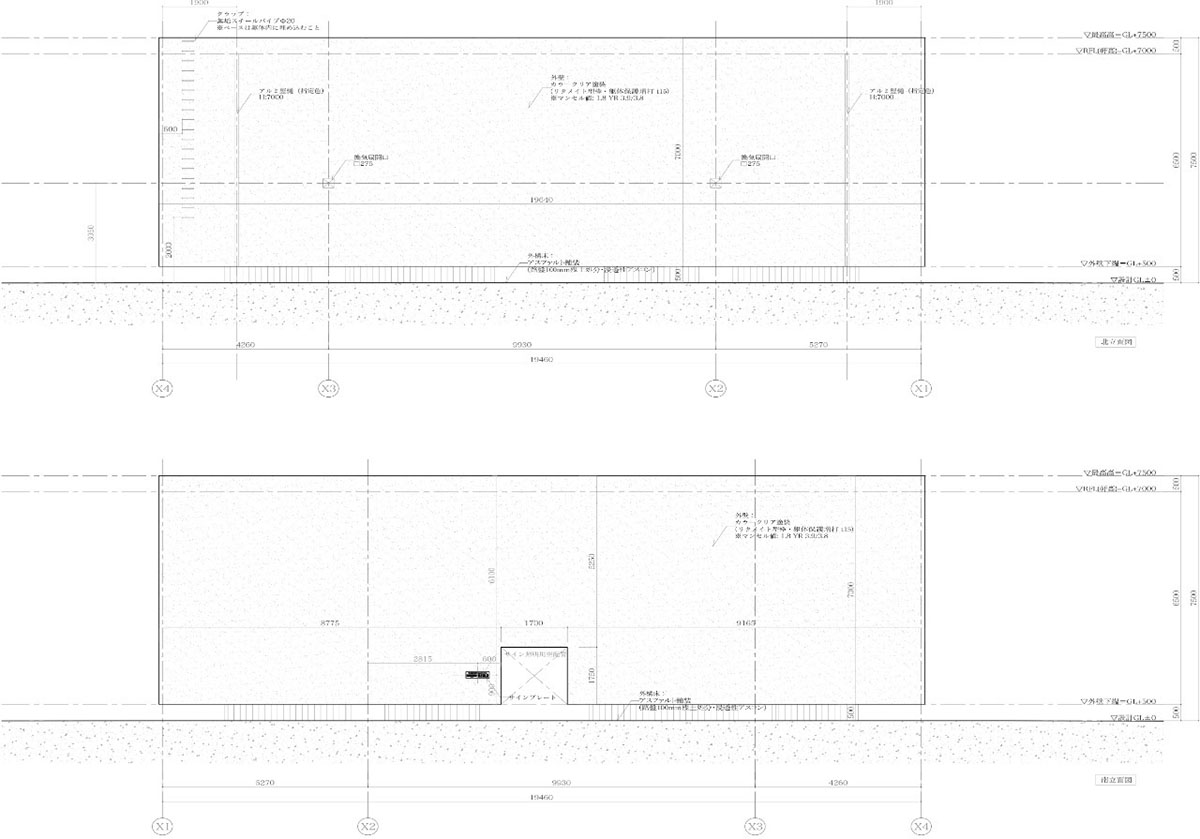 Front and Back side elevations