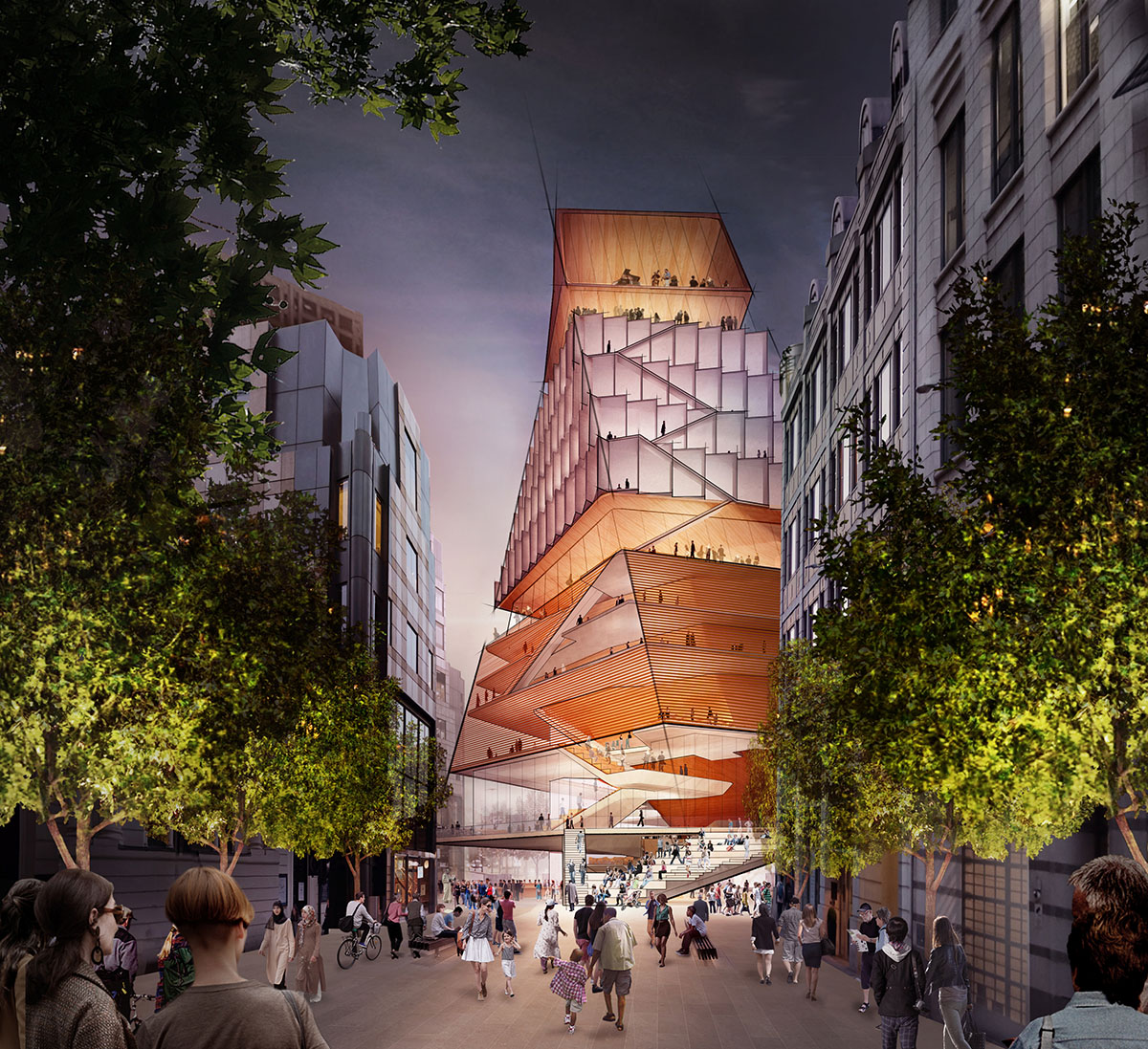 US architecture firm Diller Scofidio + Renfro's plans for "a world-class concert hall", London's Centre for Music have been scrapped due to "the current unprecedented circumstances", stated by the City of London Corporation.

Instead, the City of London Corporation will implement "a major renewal" for the nearby Barbican Centre, which is currently occupied by the Museum of London, as part of the government's post-Covid recovery plans.

Commissioned by the City of London Corporation with an international competition to design "a world-class concert hall" in 2017, Diller Scofidio + Renfro, in collaboration with Sheppard Robson, released its preliminary design in 2019 to create a new home for the London Symphony Orchestra and Guildhall School of Music & Drama, which is known as the Centre for Music London.

The proposal was composed of different forms of shifted platforms that form the building itself. The tower's orange-colored floor plates were arranged in different layouts as the building rising upwards. 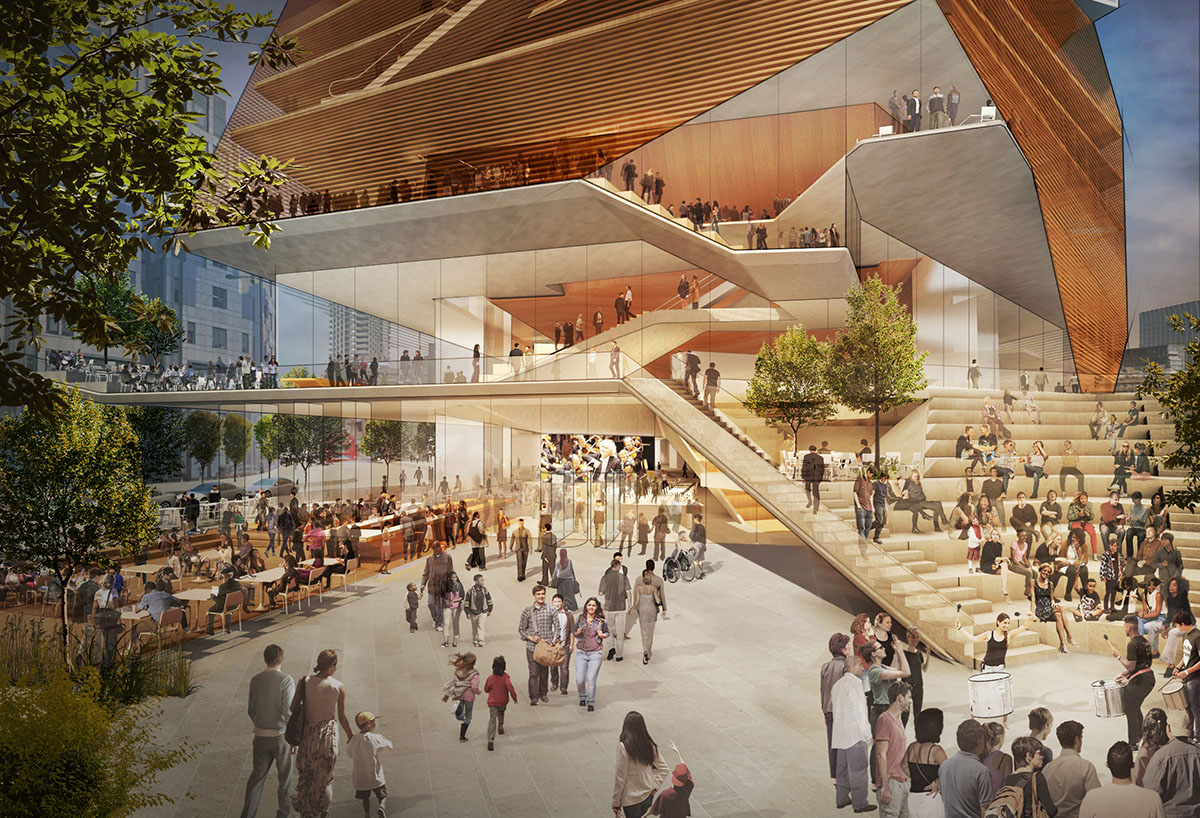 The £288 million project's funding heavily based on a private funding with a pledge of £6.8 million funding came from the City of London Corporation for a detailed business case into its viability, and plans on design development, fundraising, business modelling, and capital funding.

In an announcement, the City Corporation said that "given the current unprecedented circumstances, its ambitious plans for a Centre for Music will not be progressed."

"New times need new solutions. As we reimagine the City in a time of recovery, we are delighted that a major project to renew the Barbican will be launched in 2022, its 40th anniversary, updating our iconic venue in line with sustainability, climate action, and the ever-changing needs of audiences, communities, and our many performers, including our superb resident orchestra, the LSO," said Nicholas Kenyon, Managing Director of the Barbican Centre

"This will make the Barbican the creative home for the next generation," Kenyon added. 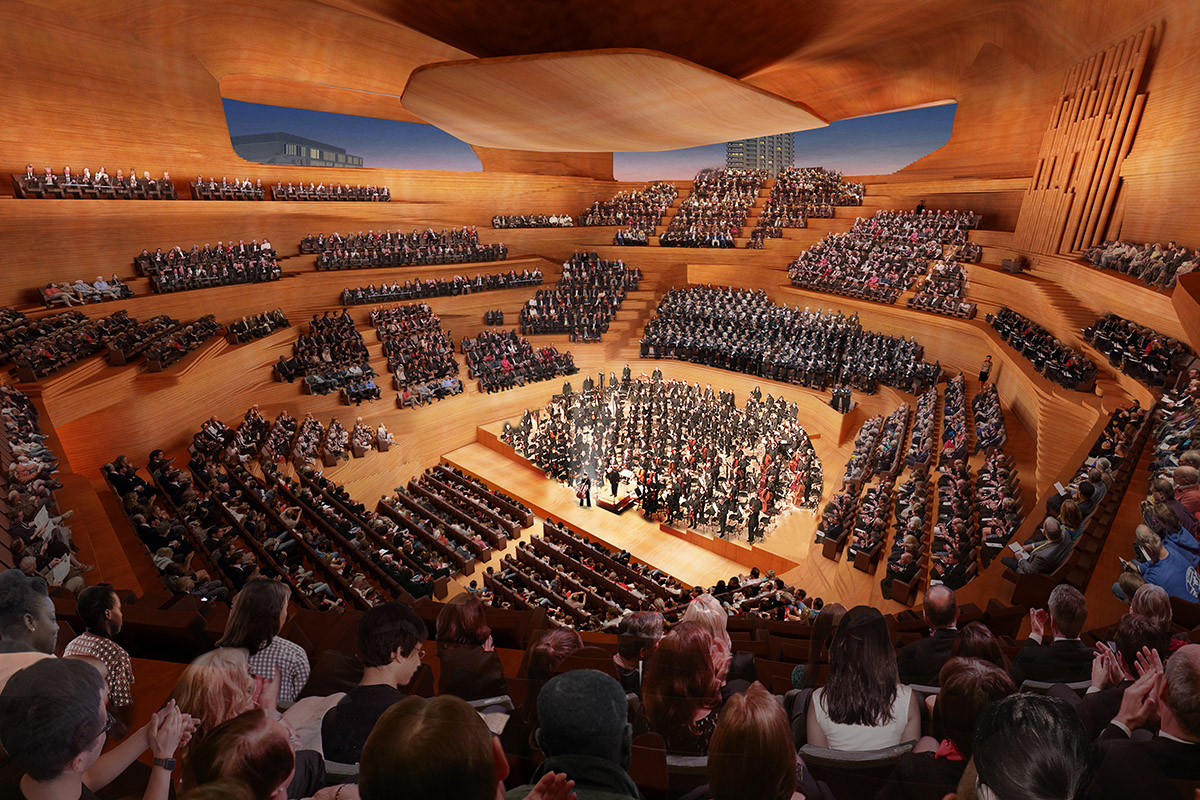 The statement added that the City Corporation will use its fundings on the upgrade of the Barbican Centre, the new overhaul plans will include the increase of sustainability criteria, responding to the climate change, adding new civic spaces and expanding the digital facilities whilst respecting its Grade-II listing status.

Kenyon also added that plans to overhaul the Barbican Centre will be launched in 2022. An international competition to find a world-class architect-led team to take this project forward will be launched later this year. "Hugely admired and respected by audiences and artists at home and abroad, this cultural powerhouse in the heart of the City of London will be transformed to ensure that it continues to delight audiences for the next 40 years."

"And, as the nation emerges from the pandemic, the Board is determined that the Barbican will play a leading role in the cultural recovery of the capital and the nation," Sleigh added.

> via City of London Corporation