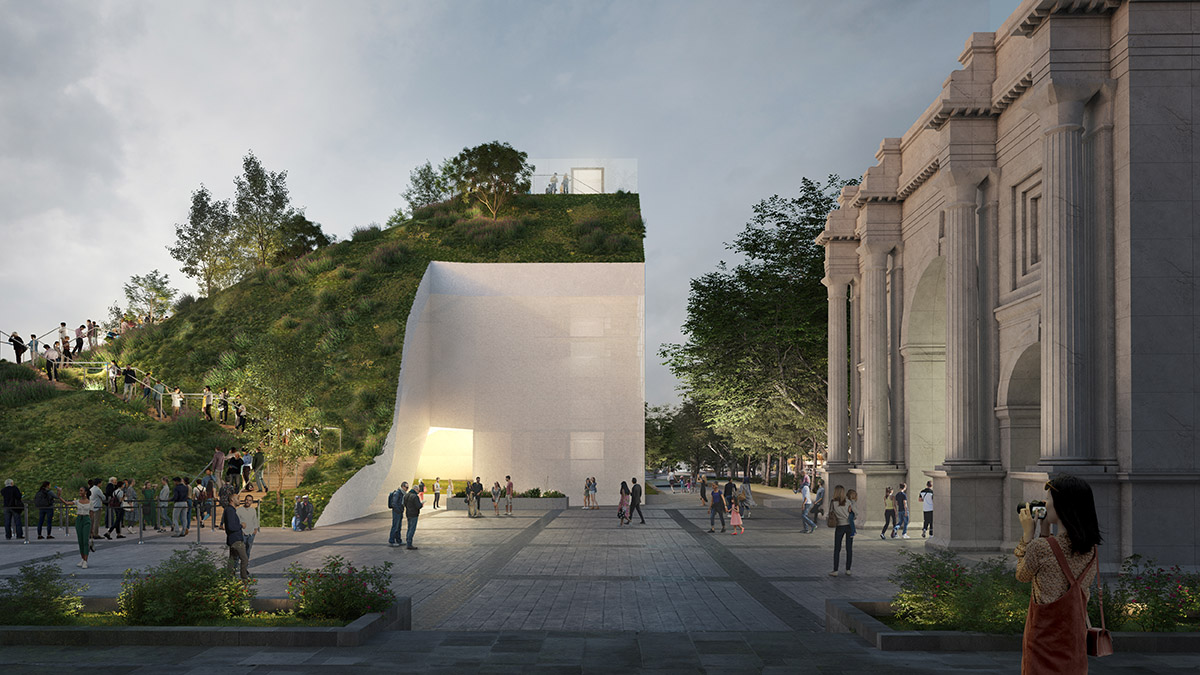 MVRDV has revealed design for a hollowed-out temporary installation which will be situated next to London’s Marble Arch to attract a new attraction to the area beginning in July this year.

Called Marble Arch Hill, the installation has been designed as a hollowed-out mountain and built with a scaffolding structure, as MVRDV states, Marble Arch Hill "will redefine the connection between Oxford Street and Hyde Park while giving visitors rare views over the park and Marble Arch."

MVRDV develops the idea to attract more visitors to the Europe’s busiest shopping street, Oxford Street has been one of the streets affected by Covid-19 measures. 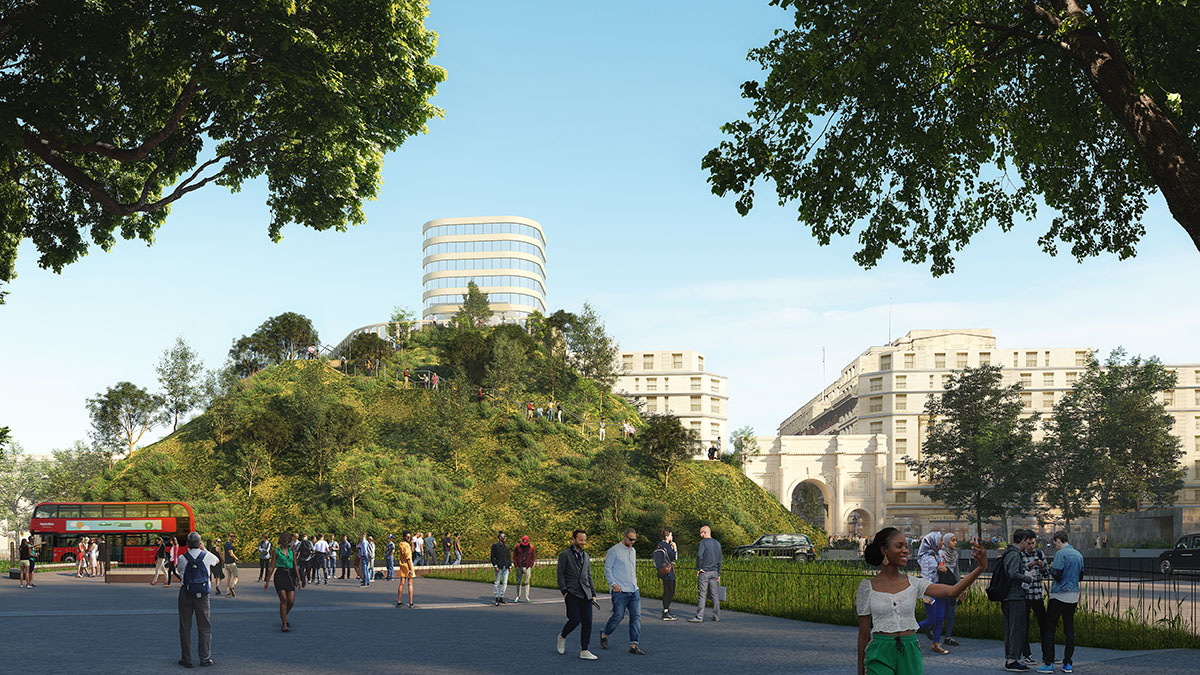 "Plans are underway to diversify the street’s spaces, but these changes will take a number of years," said MVRDV.

"In the short term, Westminster City Council sought to use a temporary installation to create renewed interest in the area as London could be emerging from the conditions imposed by the pandemic," the firm added.

For design scheme, MVRDV takes inspiration from the history of the site. "Marble Arch once marked the corner of Hyde Park, but in the 1960s new roads were added that turned the arch into a traffic island, disconnected from the rest of the park," the studio continued. 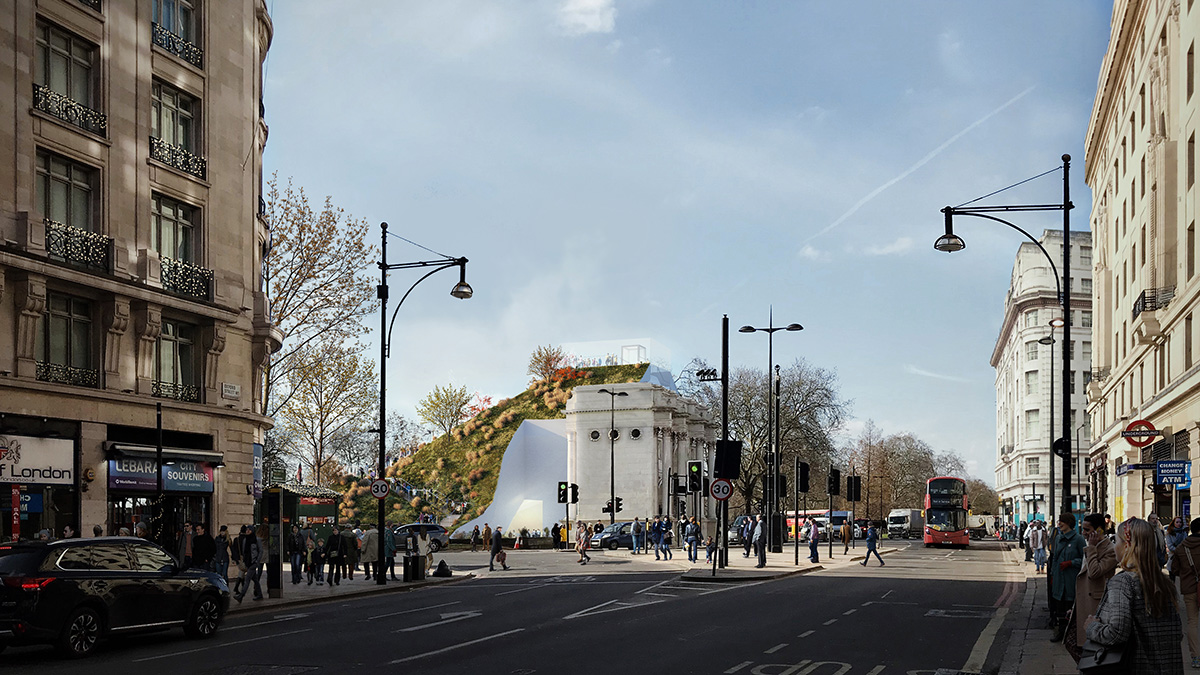 MVRDV’s design features a park-like landscape of grass and trees, and ‘lifts’ this recreated corner of Hyde Park. The mountainous design will offer a spectacular 25-metre-tall viewpoint that gives visitors an overview of Oxford Street and the park, and a new perspective on Marble Arch itself.

"This project is a wonderful opportunity to give an impulse to a highly recognisable location in London," said MVRDV founding partner Winy Maas.

"We enlarge the park and lift it at the corner. Marble Arch Hill strengthens the connection between Oxford Street and the park via the Marble Arch. Can this temporary addition help inspire the city to undo the mistakes of the 1960s, and repair that connection?," continued Maas. 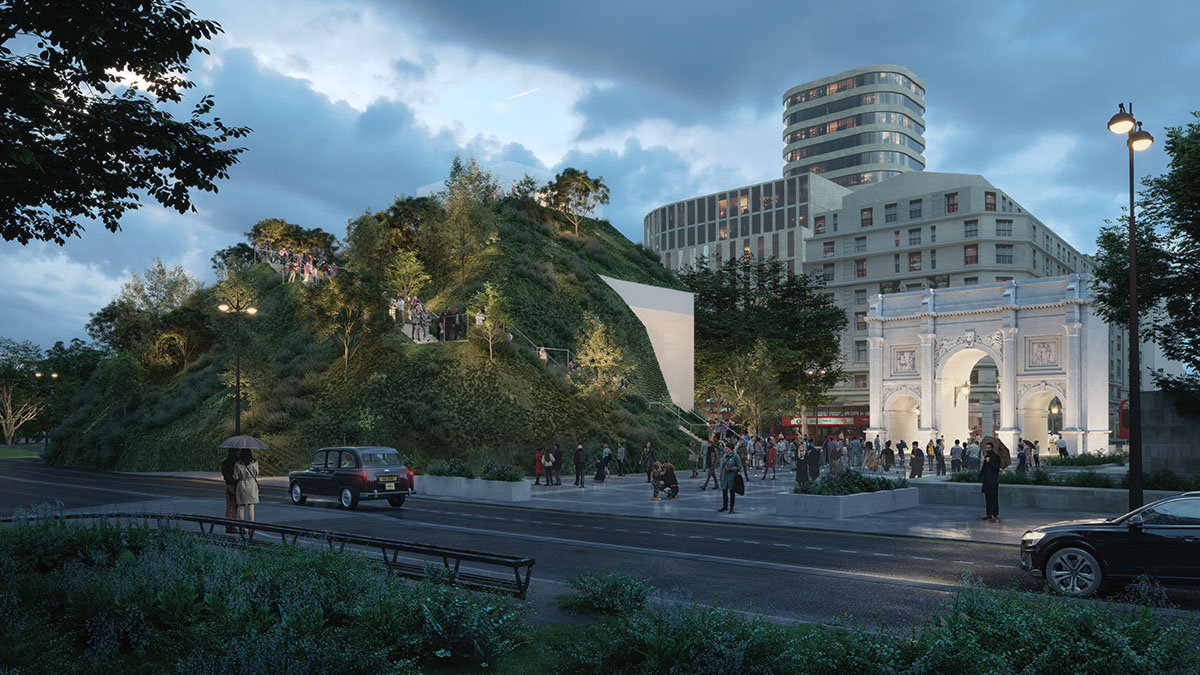 As the studio explains, Marble Arch Hill will be experienced via a single continuous route. Visitors will be able to climb to the viewpoint via a path that winds its way up the hill’s southern slope, after which they will descend into a great Hall in the heart of the hill.

In the interior, the structure contains a cave-like, hollowed-out space will be used for events, exhibitions, and other happenings.

The exit from the Hall is located in a notch in the corner of the hill that ensures the temporary structure is offset from Marble Arch. In this way, visitors are confronted with multiple views on the arch, giving them a new perspective on an object they might otherwise take for granted.

Marble Arch Hill will be built by using a scaffold structure on its base, which will support the plywood and soil layers needed for the grass upper layer to grow. 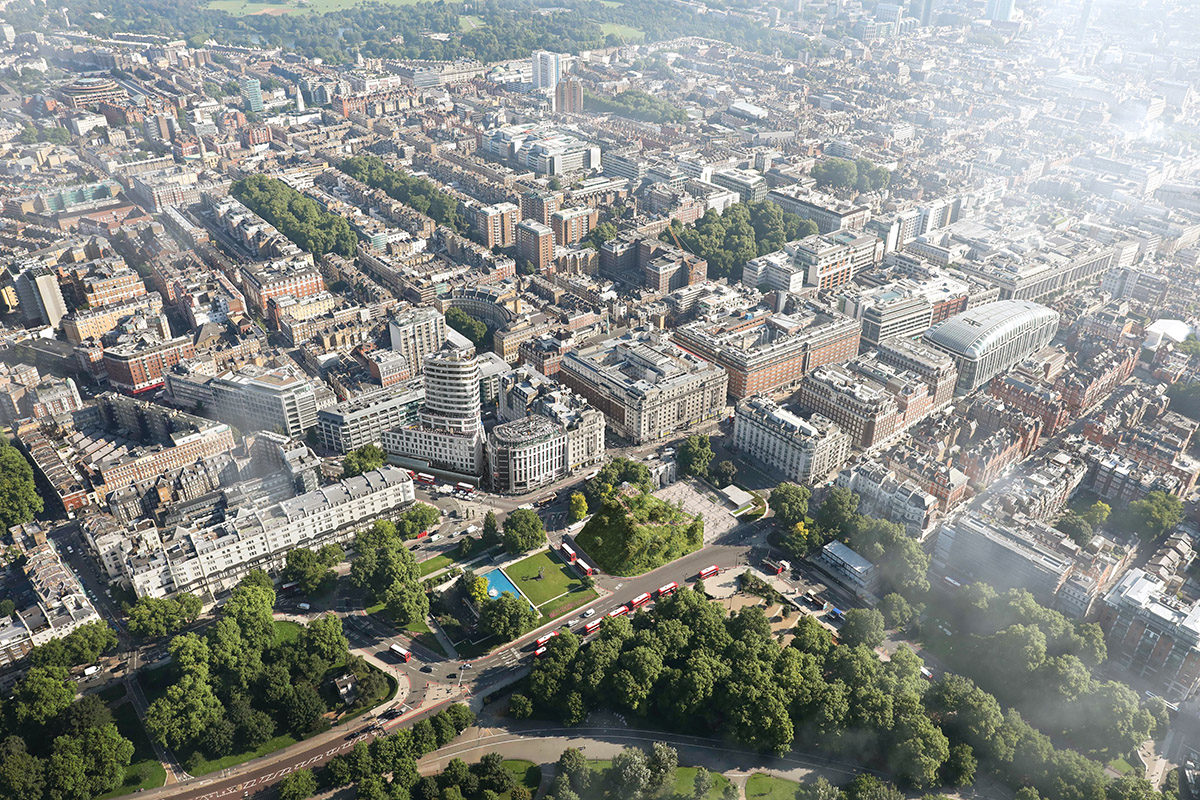 At strategic points, the structure will be adapted to hold large planters that will be home to trees.

The design draws from two separate lineages of MVRDV’s work: the office showed the transformative potential of temporary scaffold structures with its 2016 Stairs to Kriterion installation in Rotterdam; the mountain concept, meanwhile, recalls the 2004 proposal for the Serpentine Pavilion nearby in Hyde Park.

As the studio highlights, "this design remains the only iteration of the Serpentine Pavilion that the museum was unable to realise; with the Marble Arch Hill, this ambitious idea will finally come to life."

MVRDV takes sustainability into the core of design process for Marble Arch Hill. Although the installation is designed as a temporary structure, the team said: "it is critical to ensure that it produces as little waste as possible when it is removed." 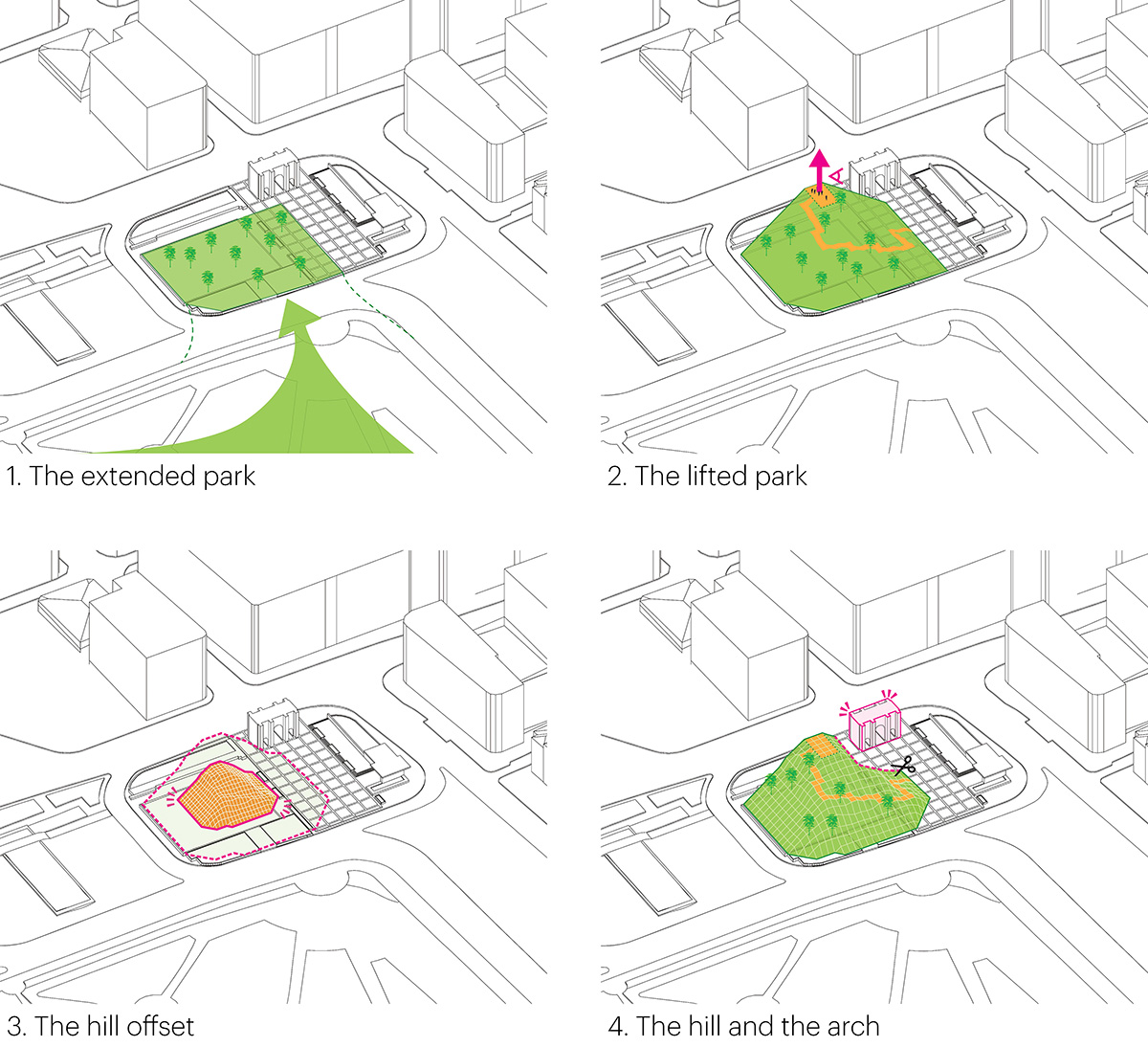 Marble Arch Hill is designed to reuse its elements in another place in the future. For example, its scaffolding structure can be disassembled and reused, while the elements that make up its top layer – wood, soil, grass, and trees – will all find new uses in nearby gardens and parks. 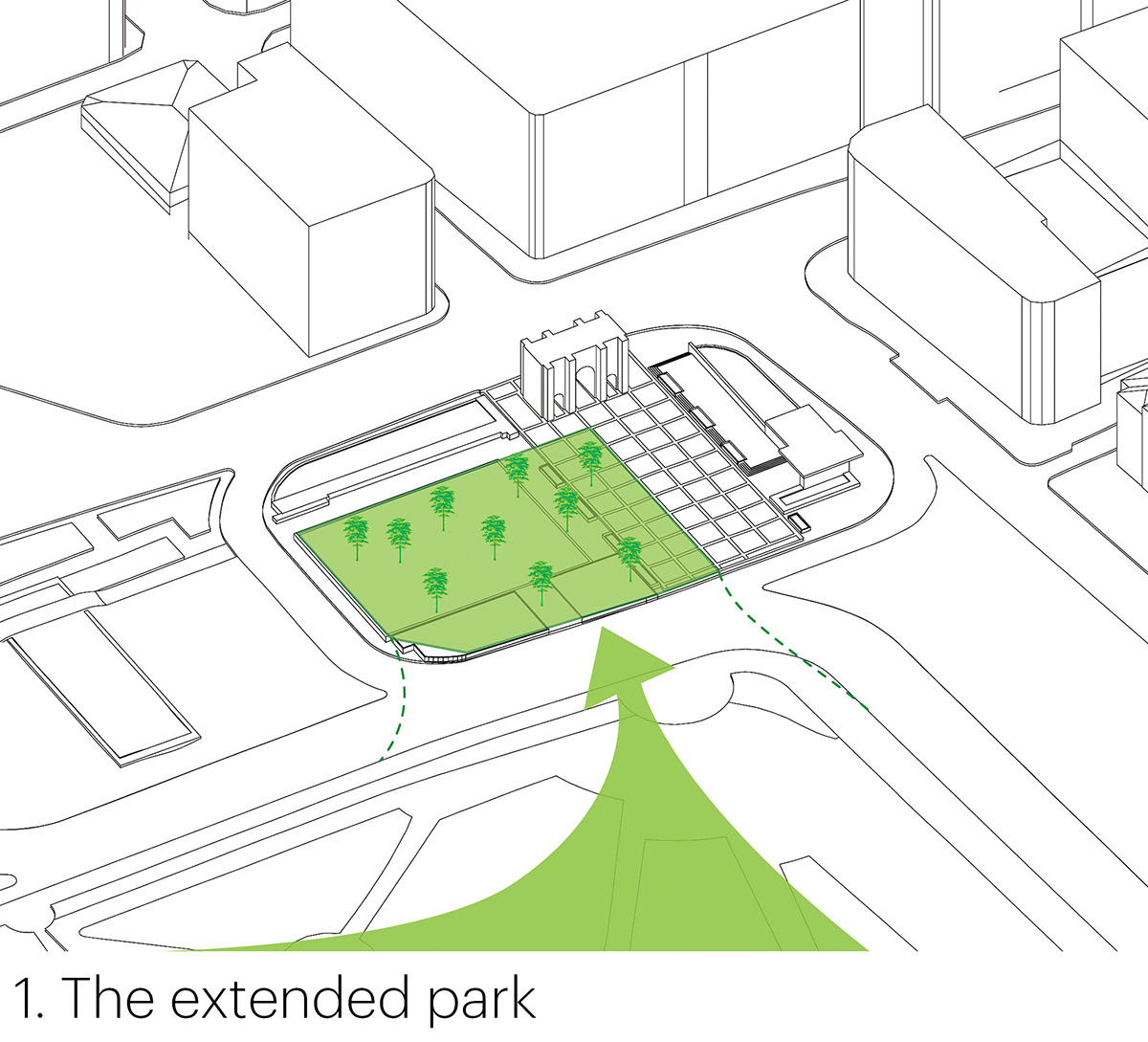 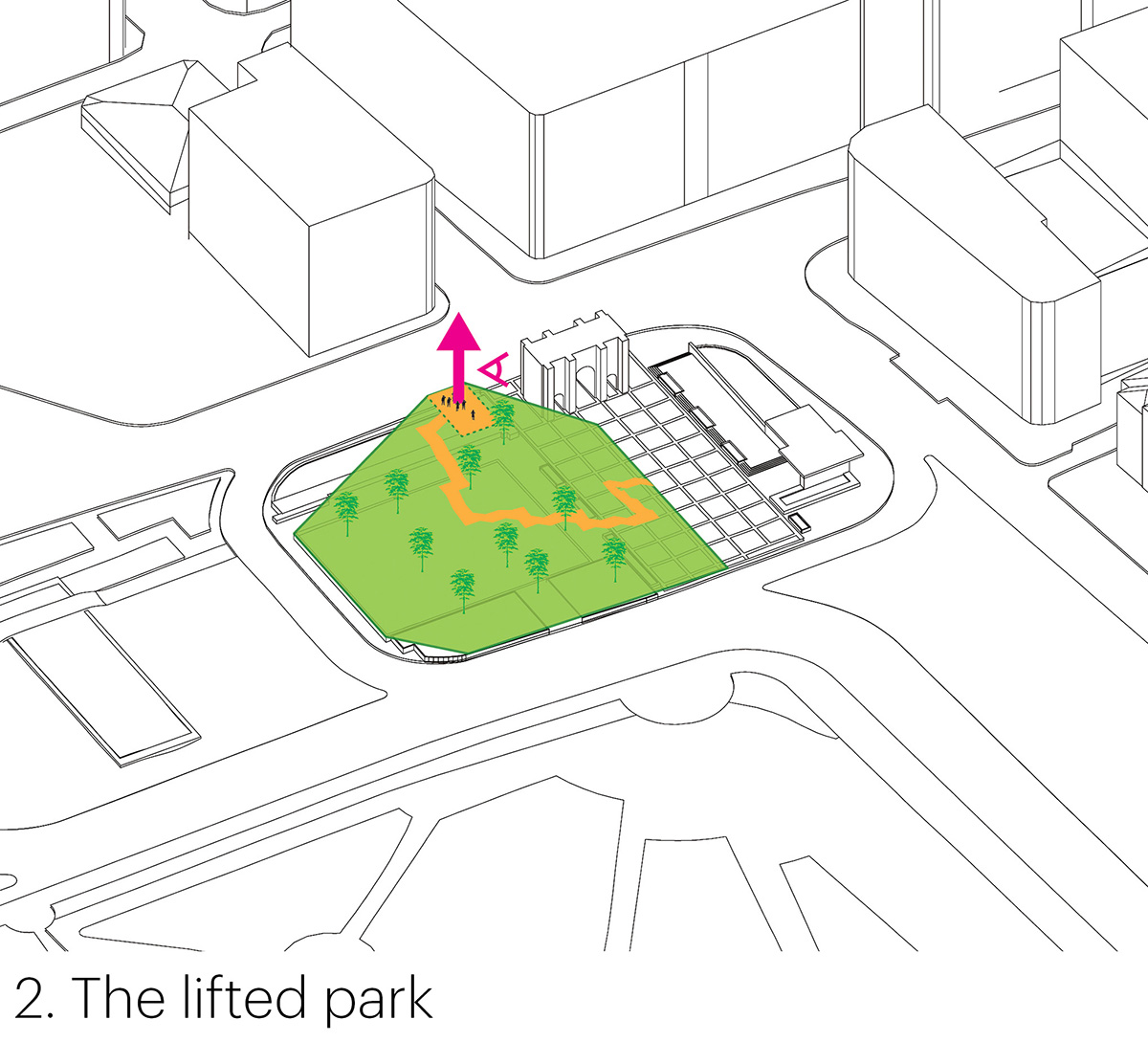 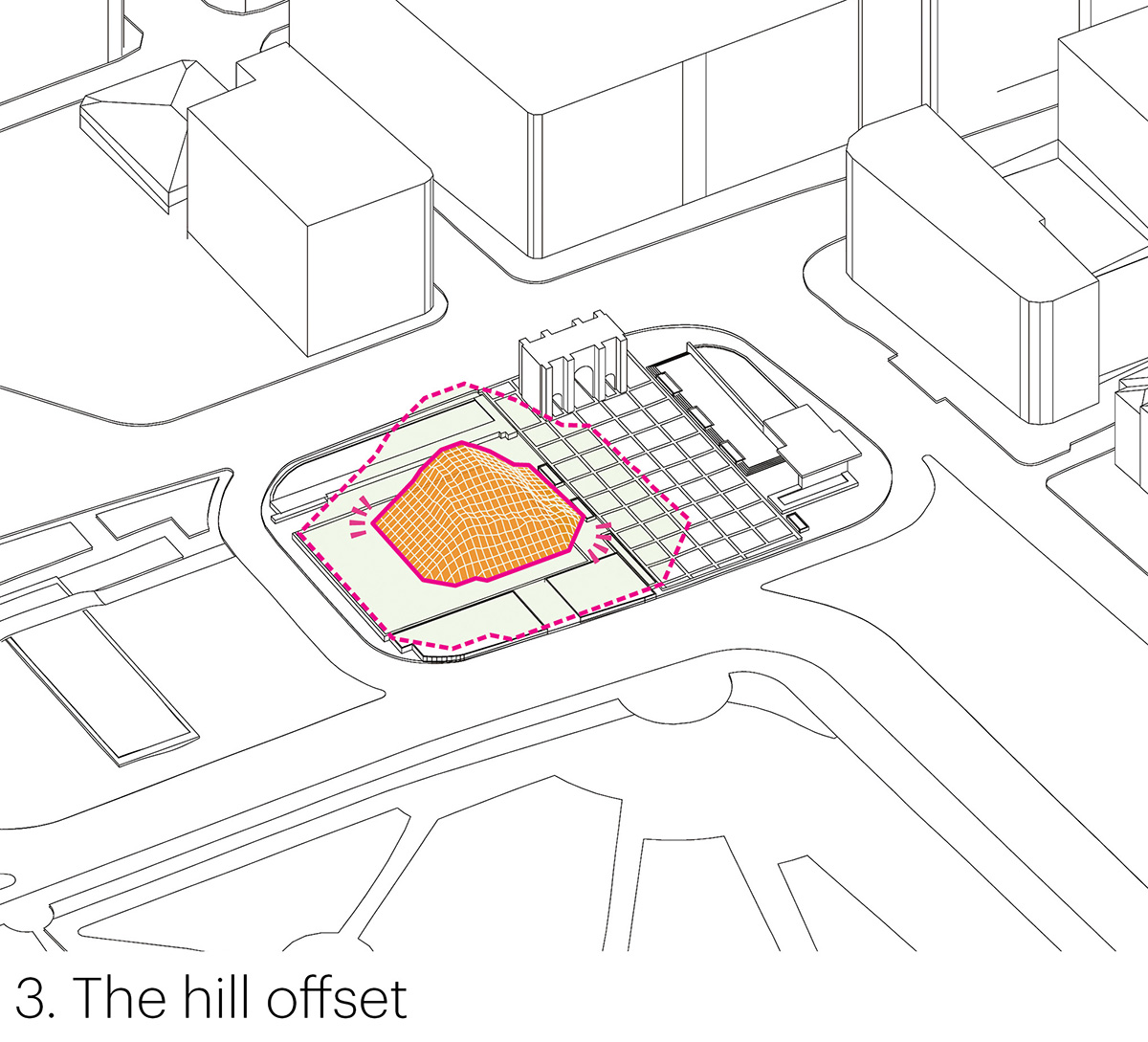 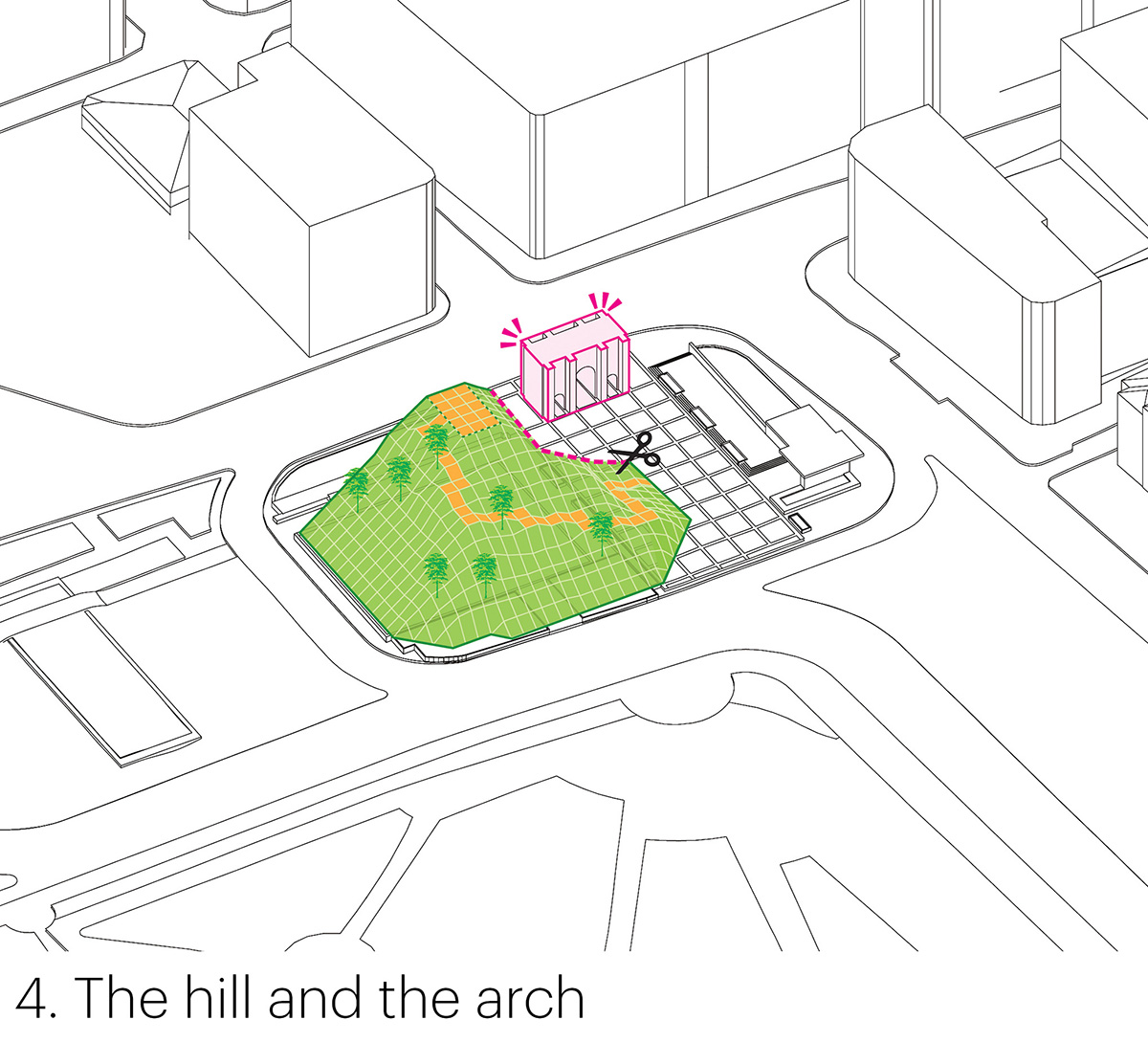 The hill and the arch 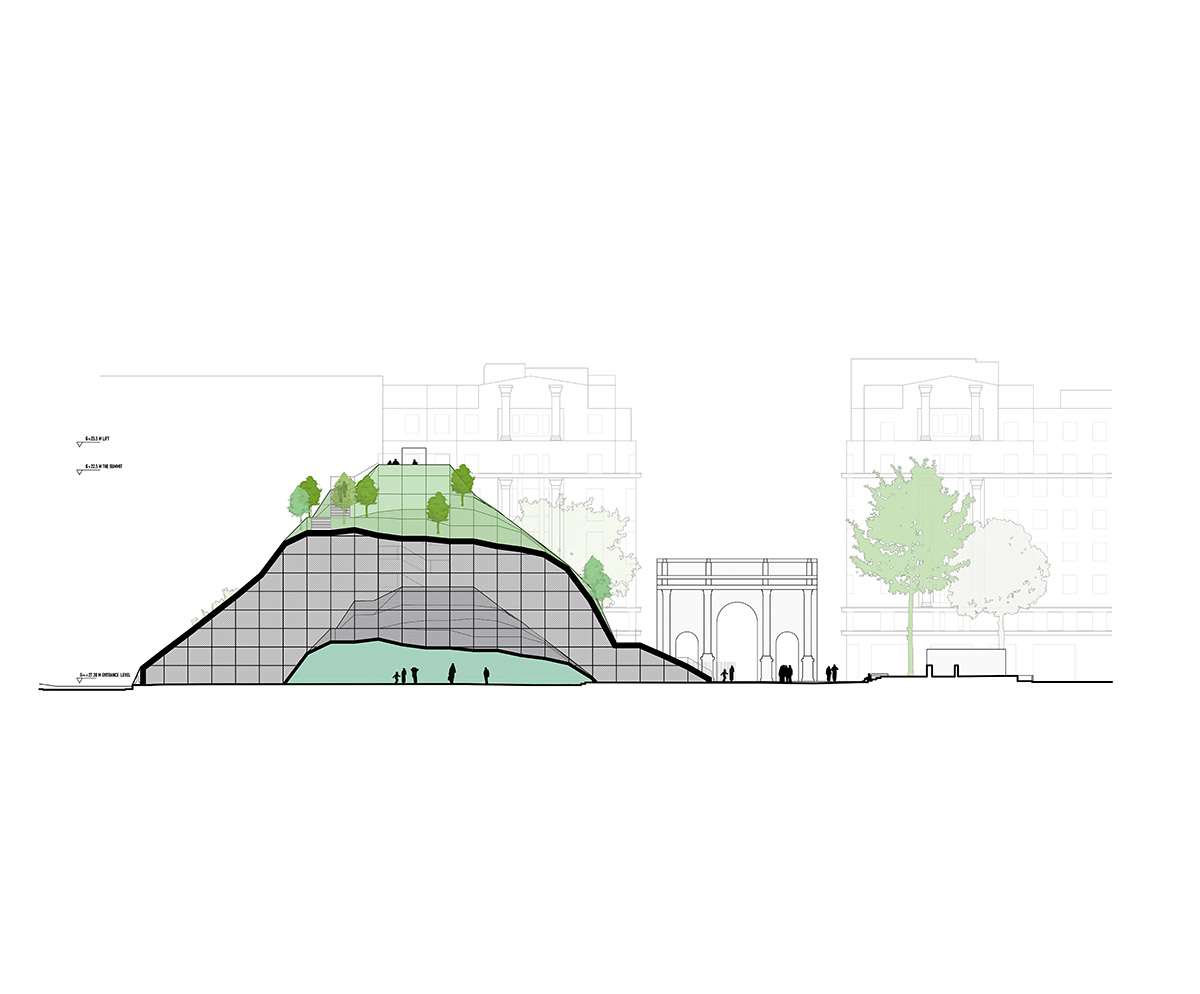 Marble Arch Hill will open in July 2021, with its closing date in the winter still to be determined.

MVRDV was set up in 1993 in Rotterdam, The Netherlands by Winy Maas, Jacob van Rijs and Nathalie de Vries. MVRDV recently completed a golden façade for Bvlgari store in Bangkok. MVRDV's Valley also tops out in Amsterdam’s Zuidas District.