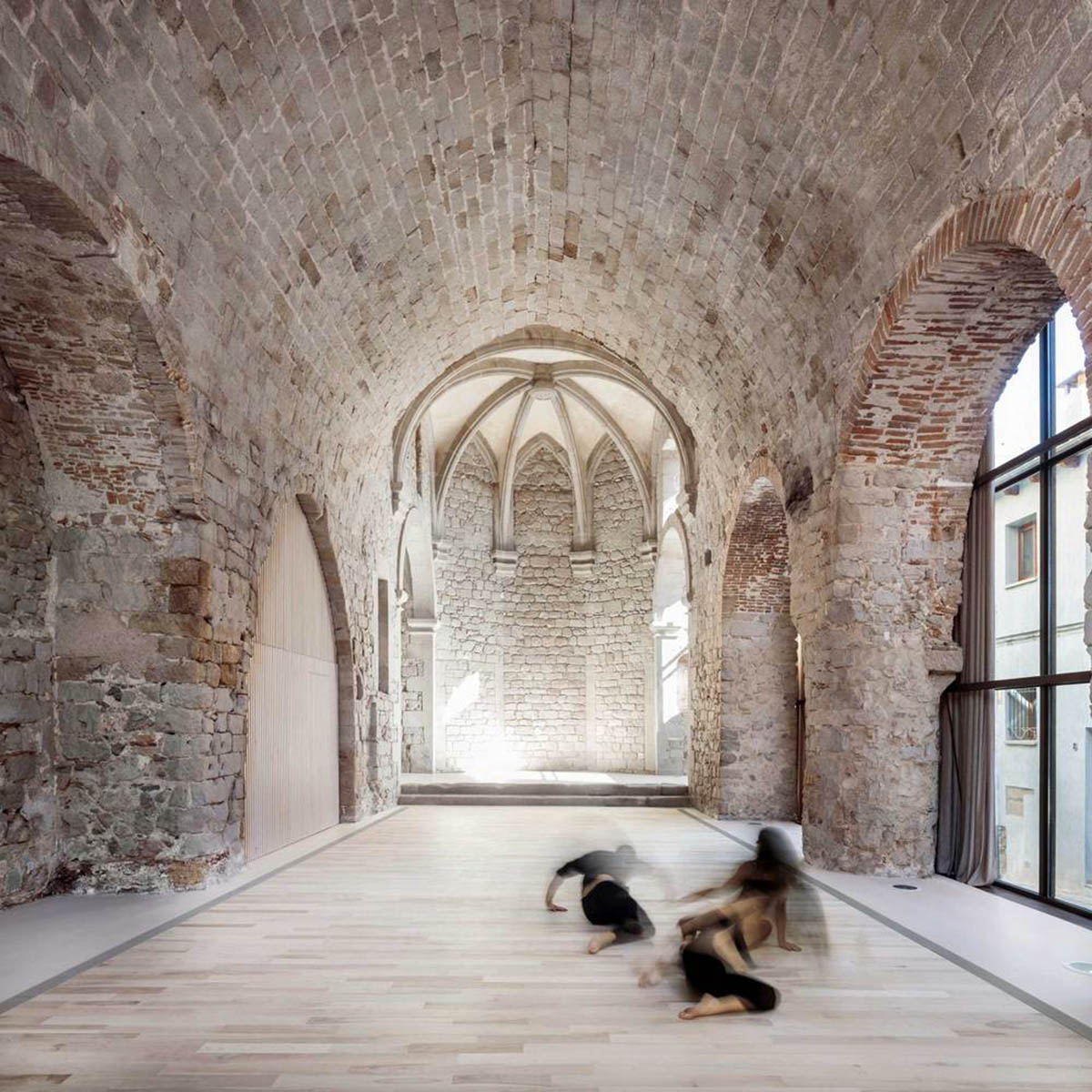 Named Santa Eulàlia Space, the 210-square-metre space was transformed from the mid 14th-century church which has undergone several changes for different uses since then.

The project was restored as part of a programme to recover existing buildings promoted by Gironella Council. 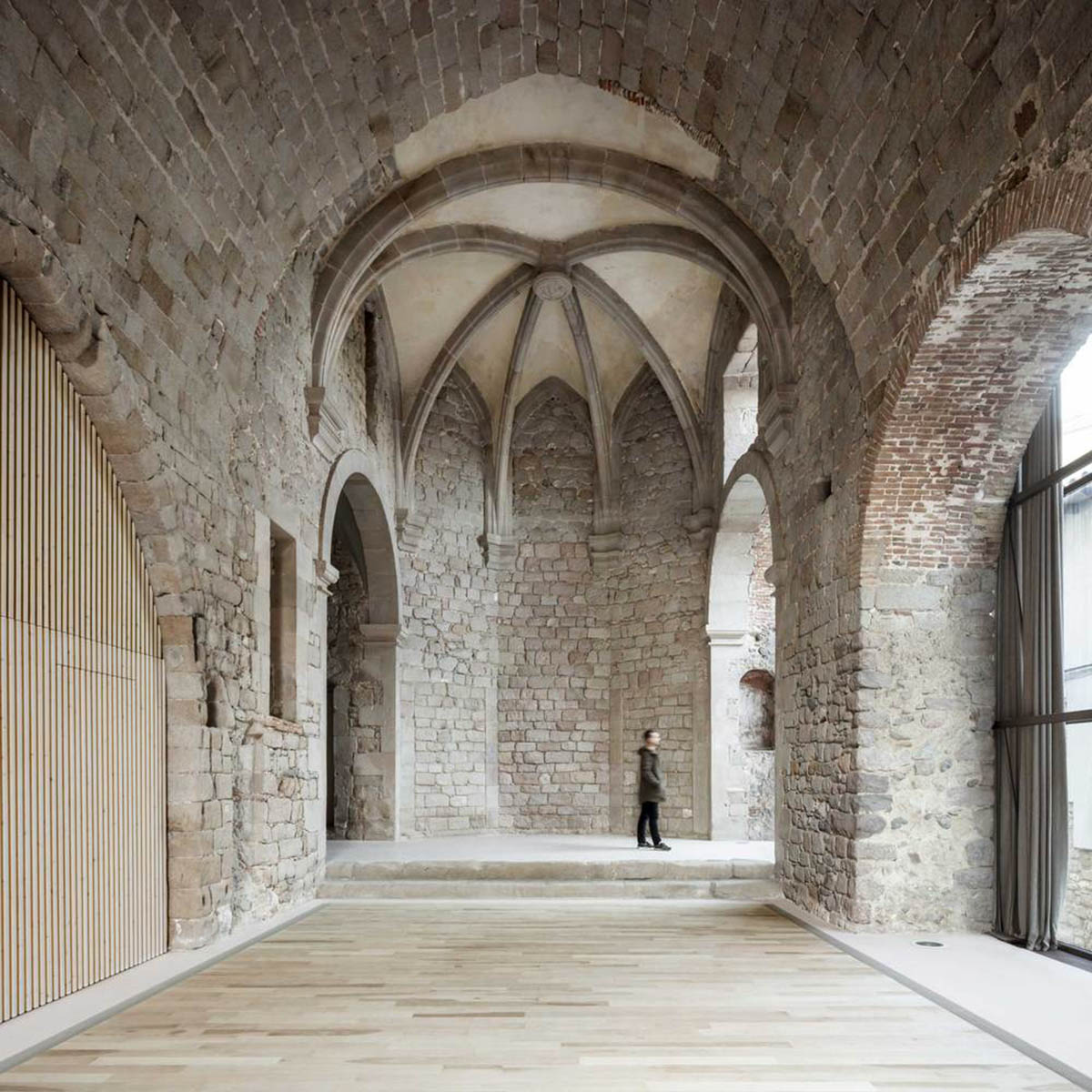 The building's program consists of reading all the historical layers and moments that have settled in Santa Eulàlia with the clear aim of highlighting the virtues of each intervention and understanding them as a sequence of layers.

As the team highlights, the planned new use required the insertion of adapted services and an update of the facilities to comply with regulations for public space. 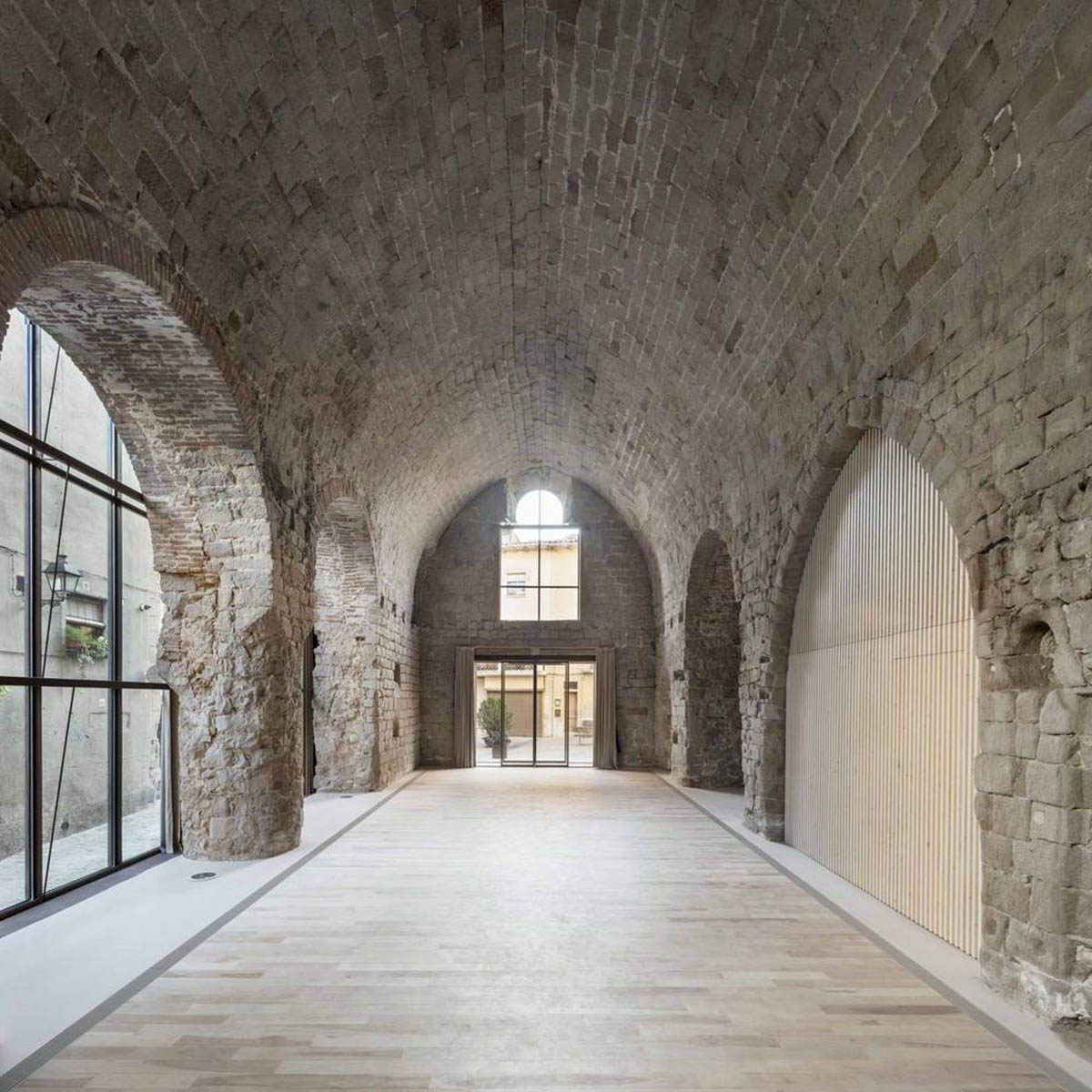 "Likewise, the deterioration of facings and floors had caused problems of leaks and damp that required urgent renovation," said the architects.

The architects approached to the central space as the first stage of the restoration. They redesigned the space of the central aisle to extend the useful space available. 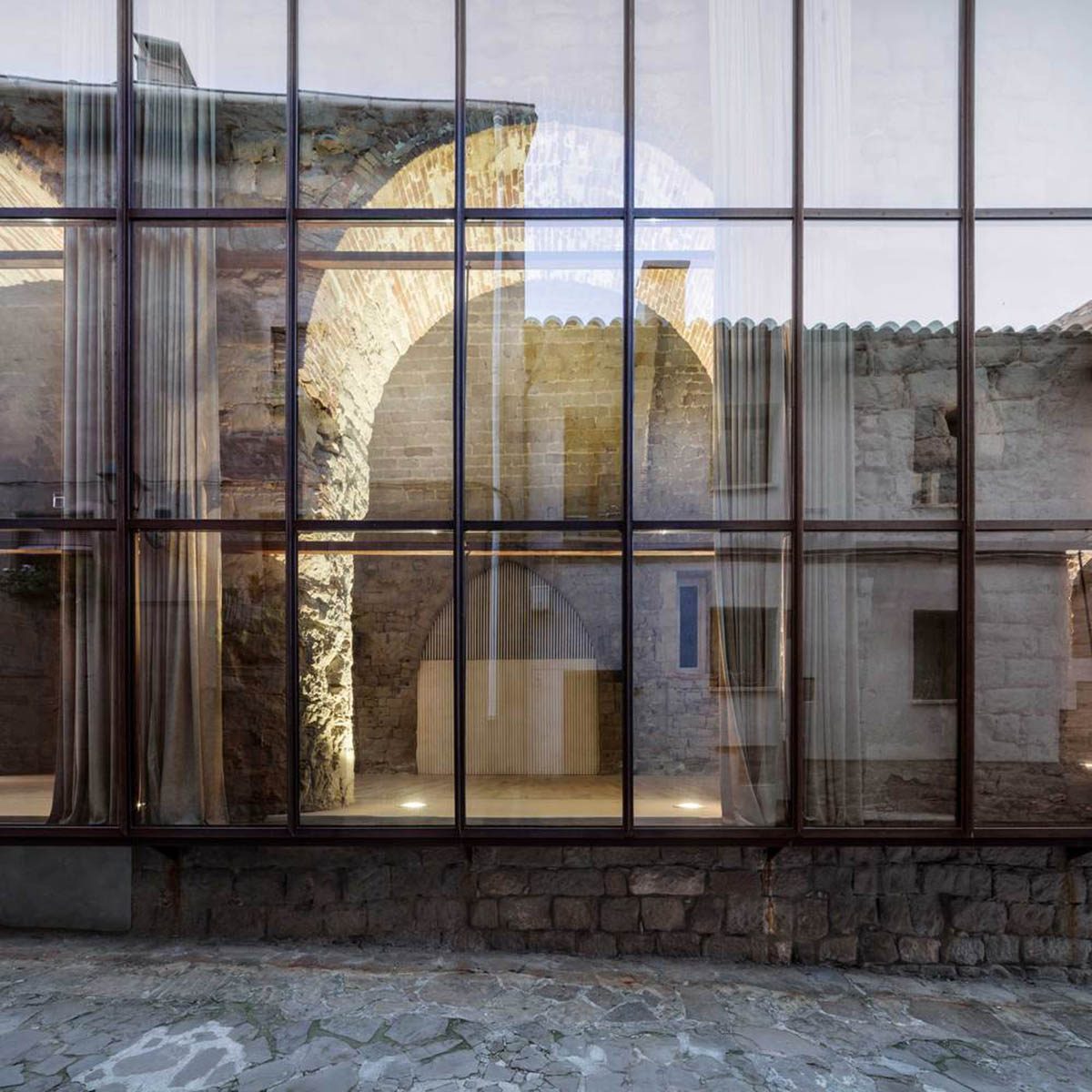 The architects used a birch wood floor in the central part for dance and theatre rehearsals and to guarantee good insulation.

To avoid differences in level, the studio applied a continuous self-levelling mortar floor in all the way around it, adapting to the geometries of the stone walls.

The second important key design element was the insertion of services within the building. They inserted a service nucleus into one of the chapels to guarantee accessibility. 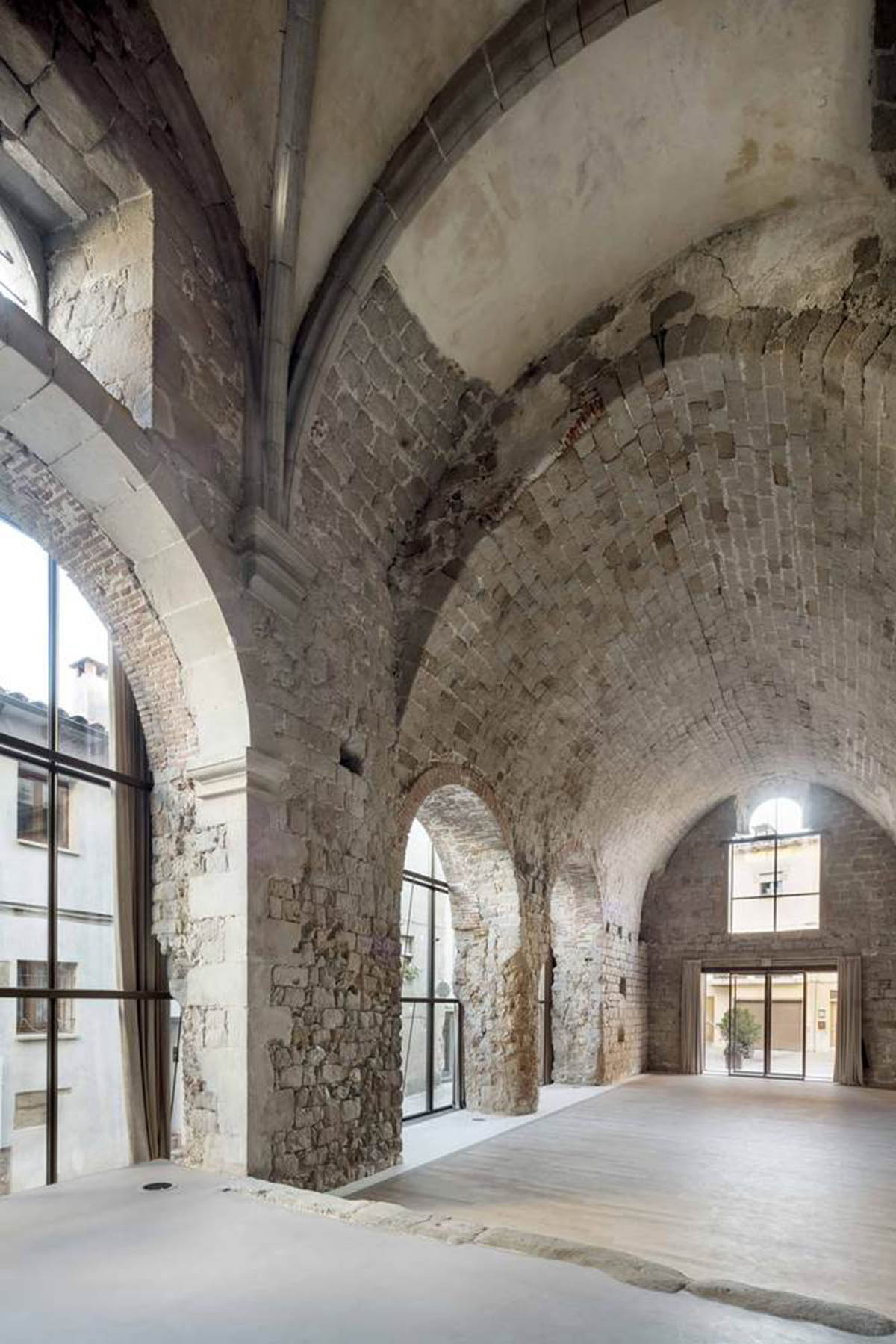 "The restroom takes the form of a pine plywood box with a pine-batten facing to conceal the doorway," said the studio.

"Due to its inertia, the underfloor heating system was not effective for occasional use and was replaced by an air renewal system designed to drive hot air through a grating that delimits the wooden floor in the central area."

Thirdly, the incorporation of the urban landscape was another significant element in design. The intervention addressed the outer perimeter.

The translucent facing of the façades was replaced by transparent glass that expands the field of vision, provides natural light all day, incorporates the street as a second façade and offers views of the church from the outside. 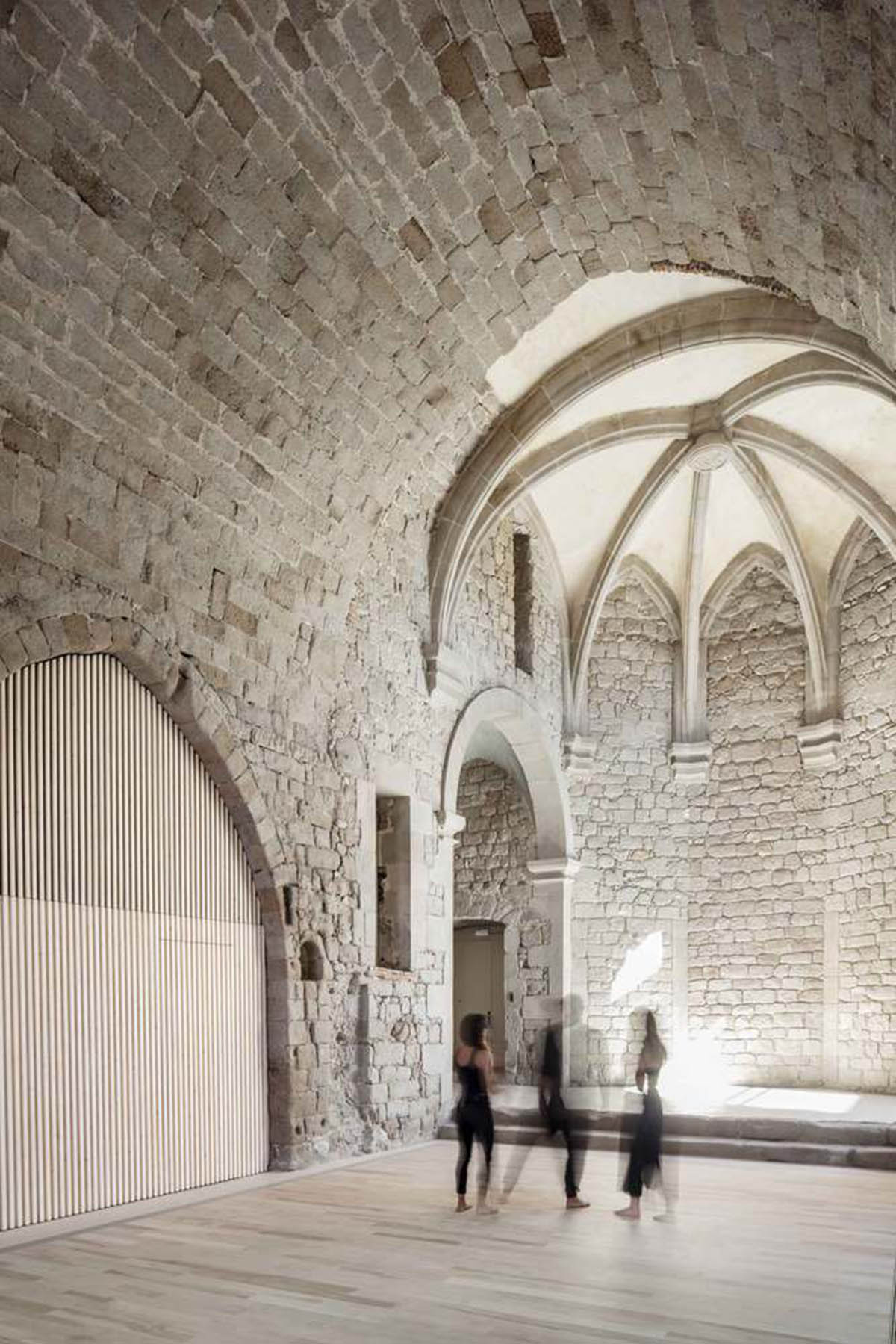 By adding vertical structures to the façade, as they highlight, they are reinforced and added to generate a rhythm and modulation of smaller glass panes that are easier to replace in case of breakage.

"This facing is completed by a fabric curtain on the inside that serves to manage lighting and improve acoustics and insulation depending on the events taking place," the studio continued.

"The permeability of this facing highlights the public nature of Santa Eulàlia as an extension of the urban landscape."

In the interiors, the performers can easily perceive the historic past of the building due to its thick stone walls and high ceiling which expands the feeling of movement and the space. 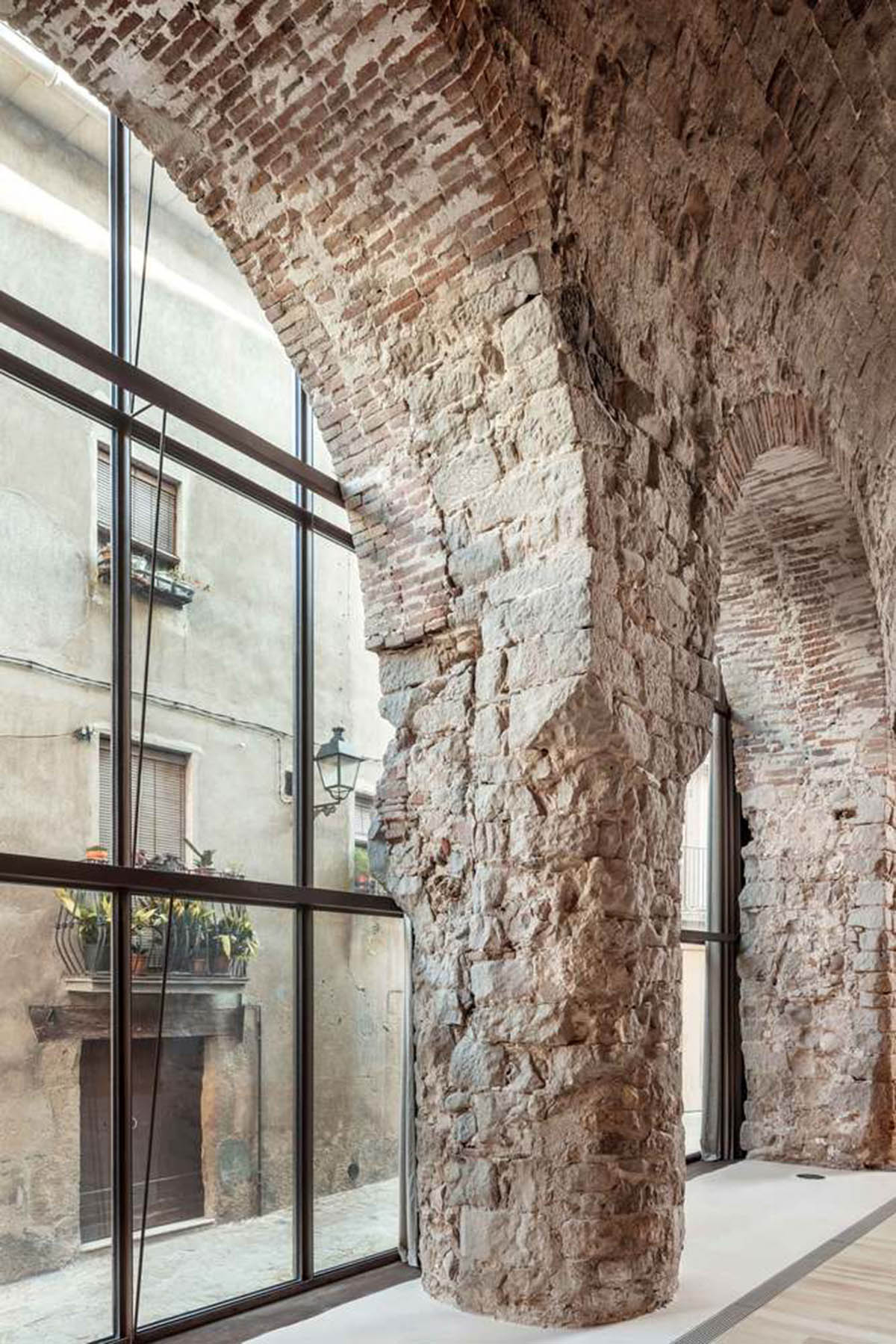 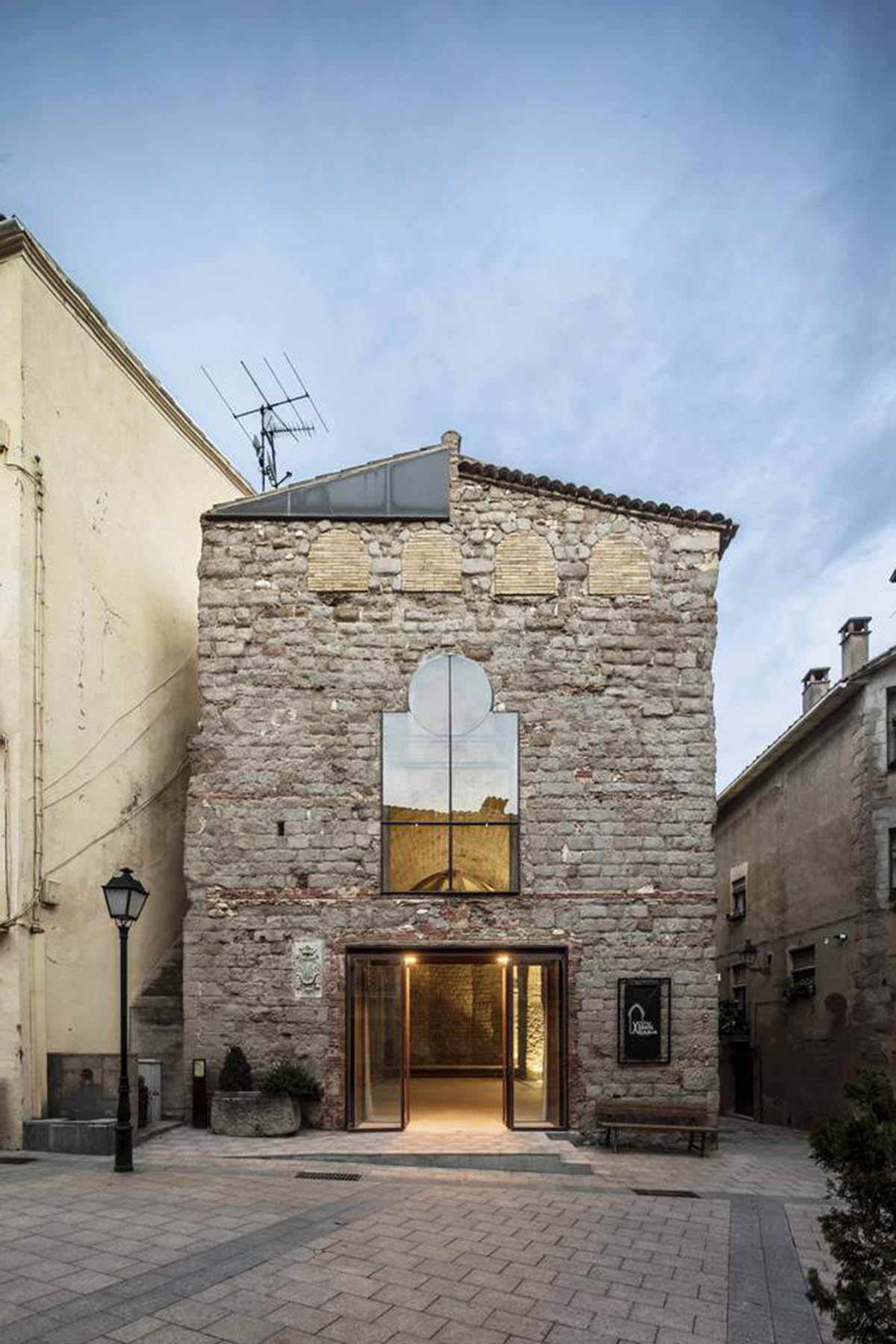 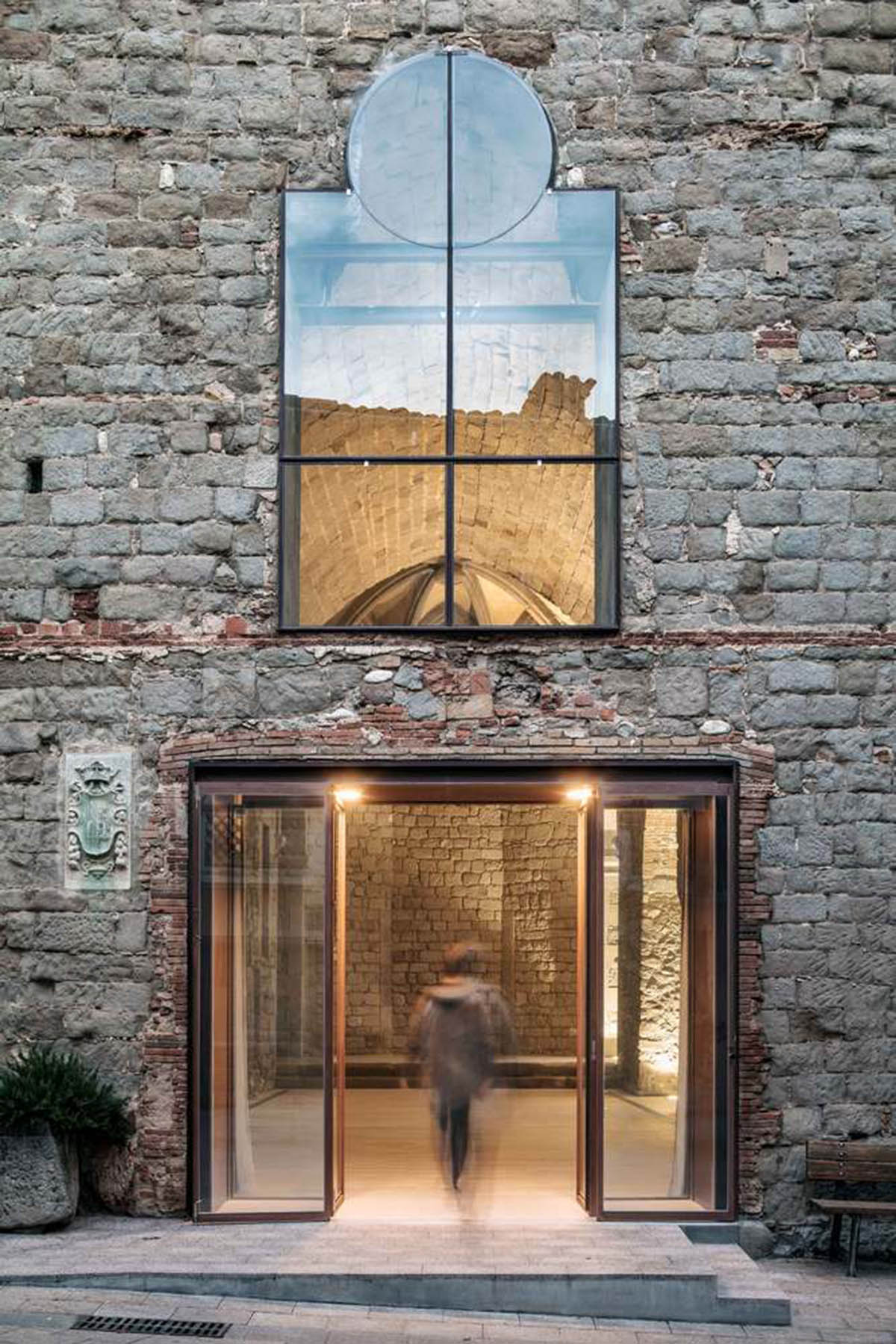 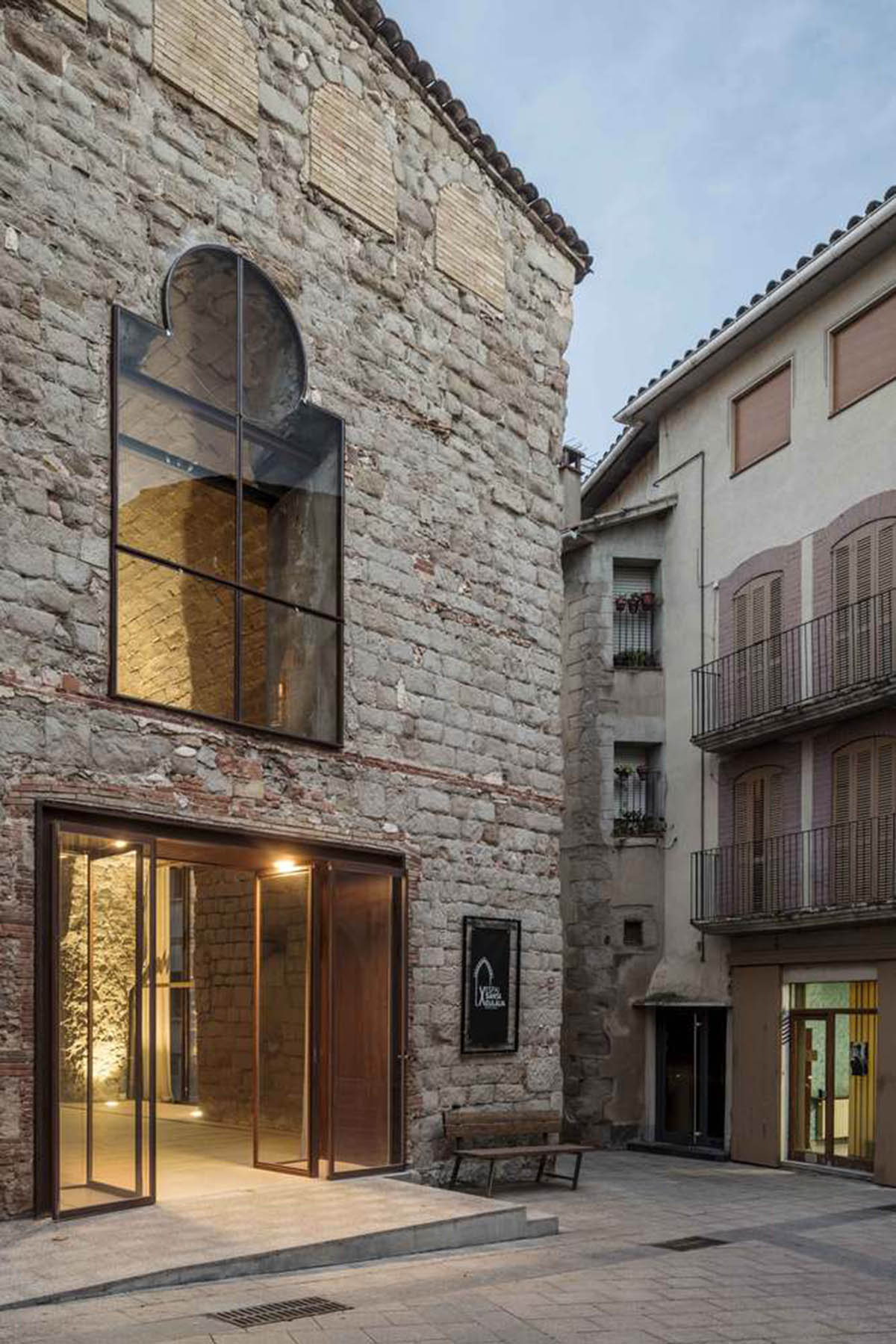 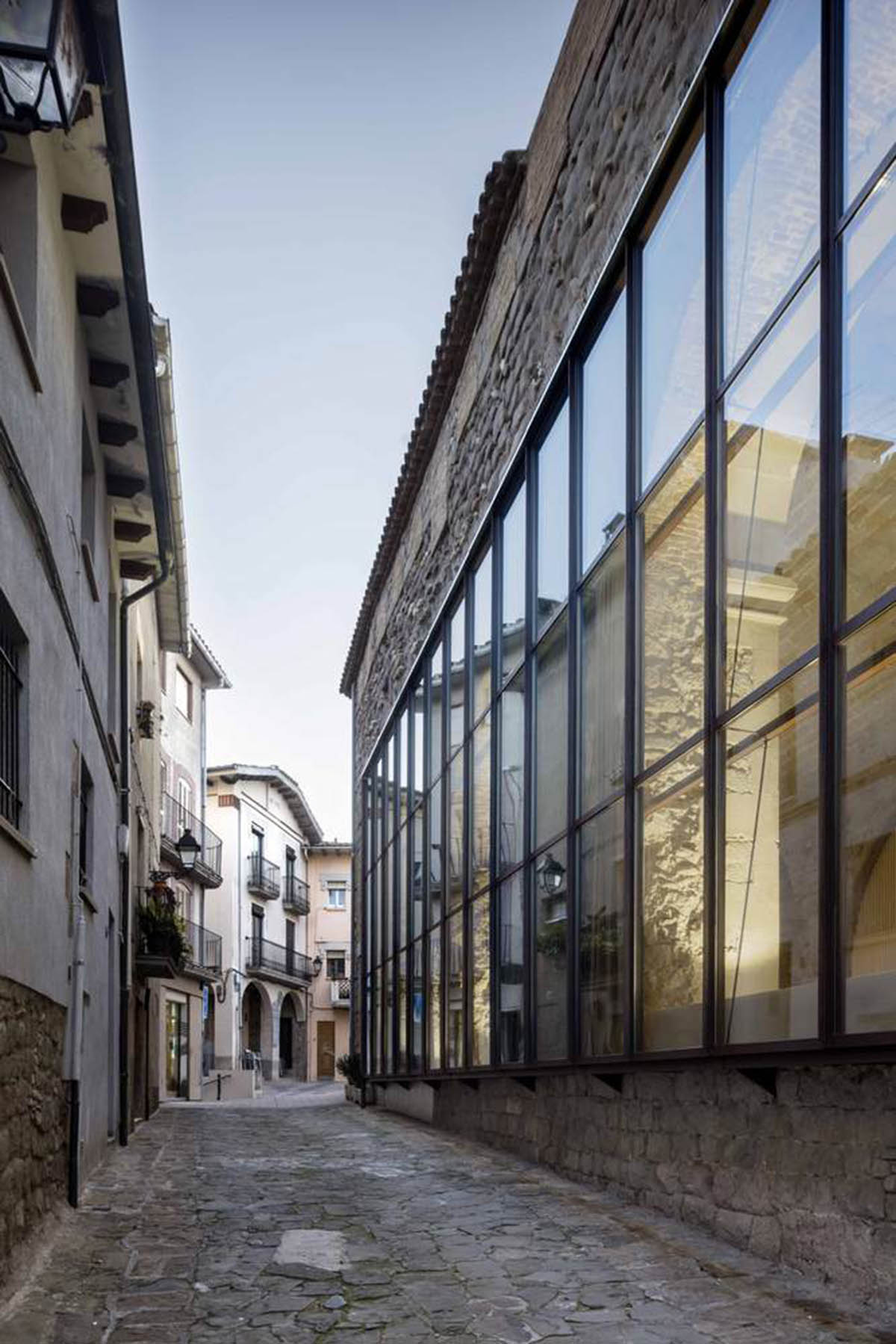 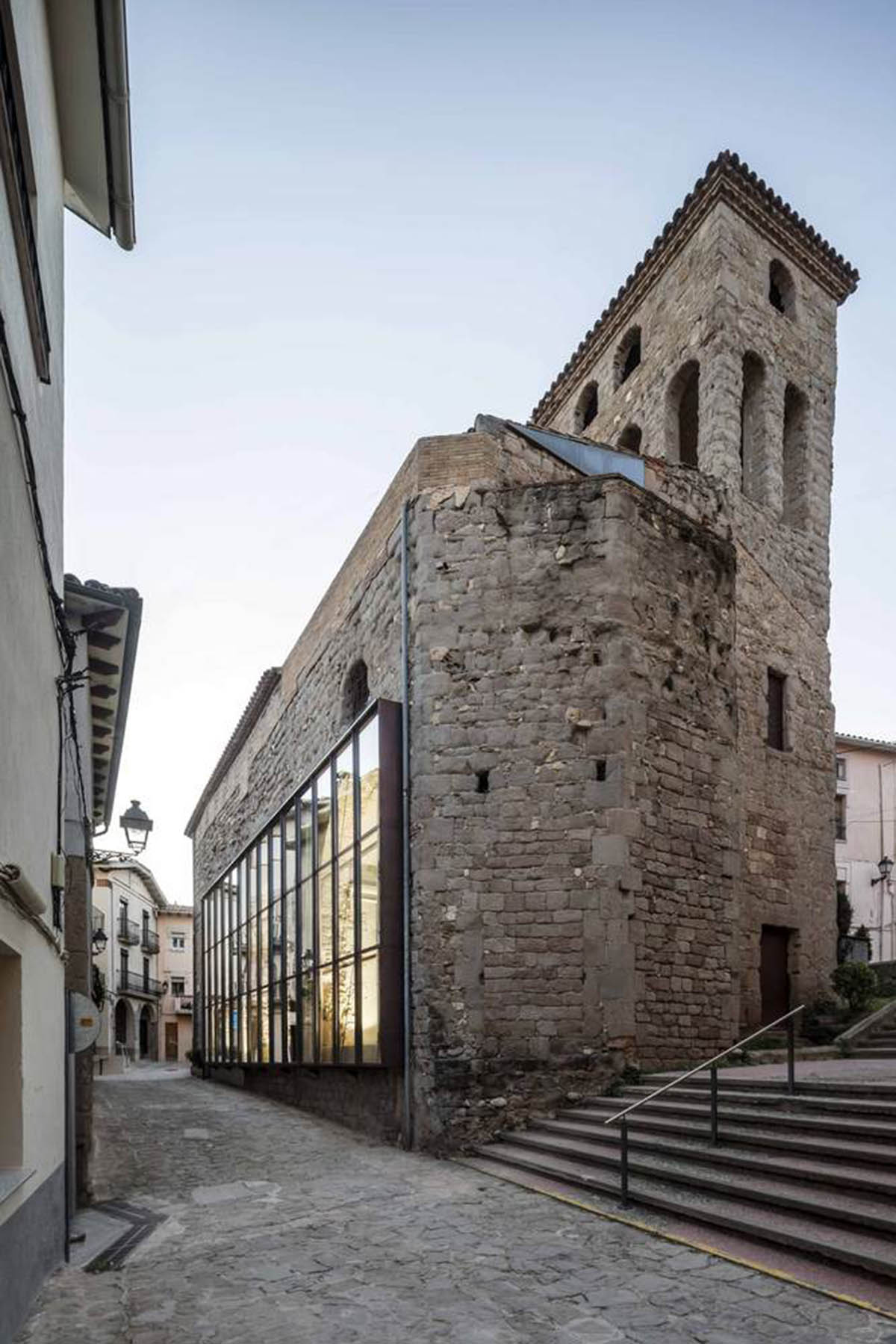 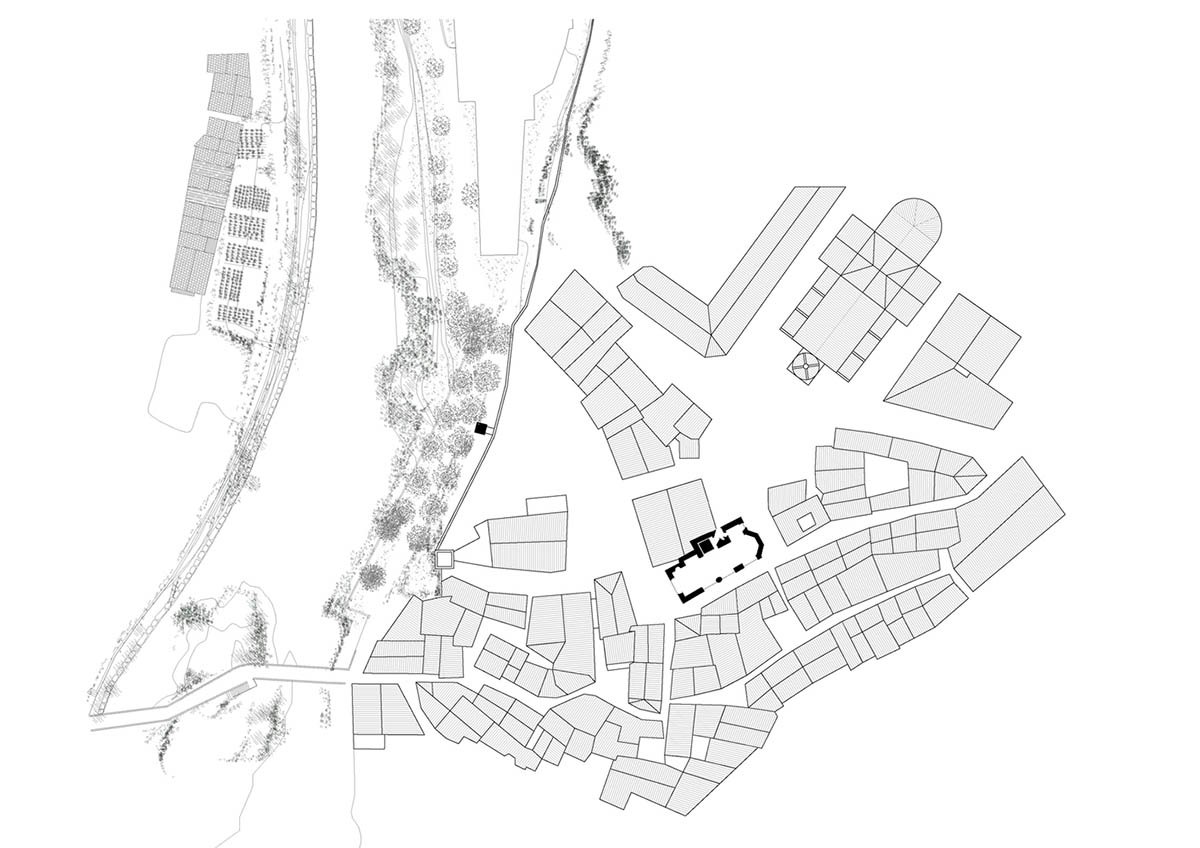 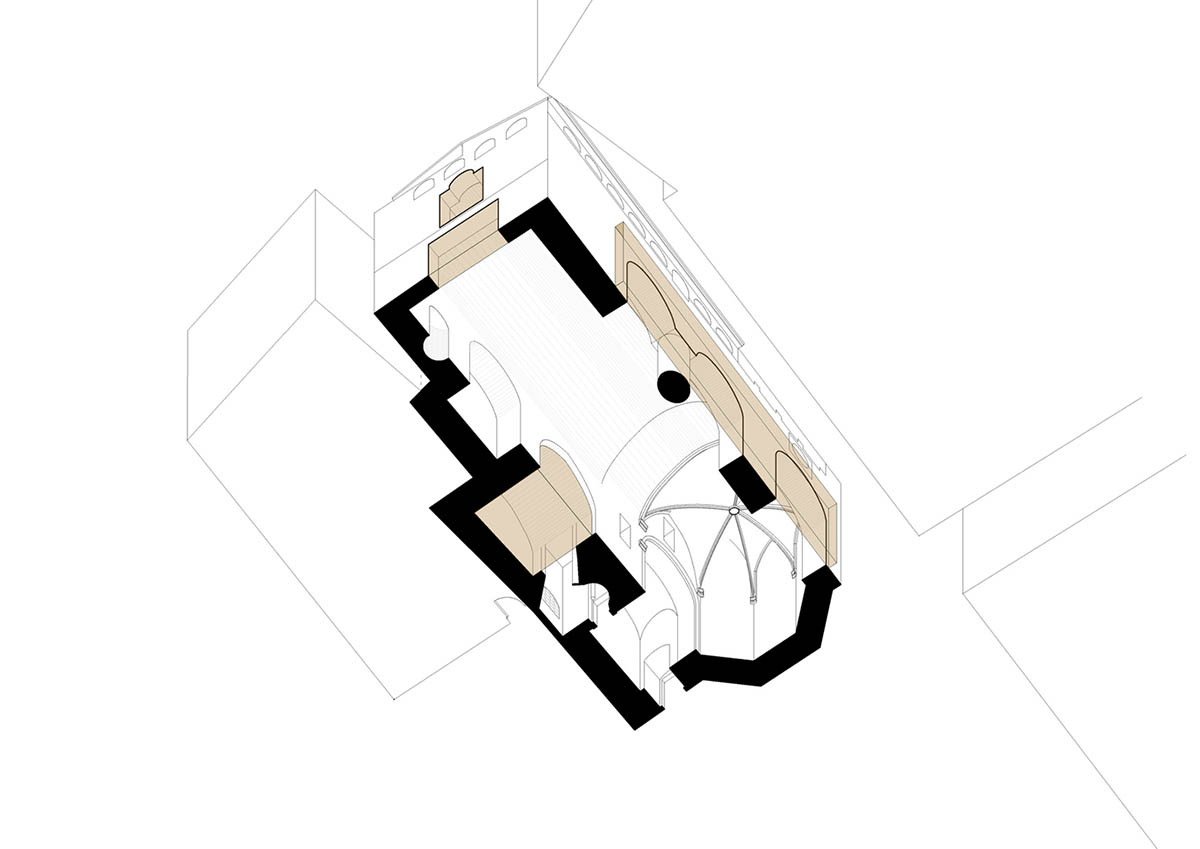 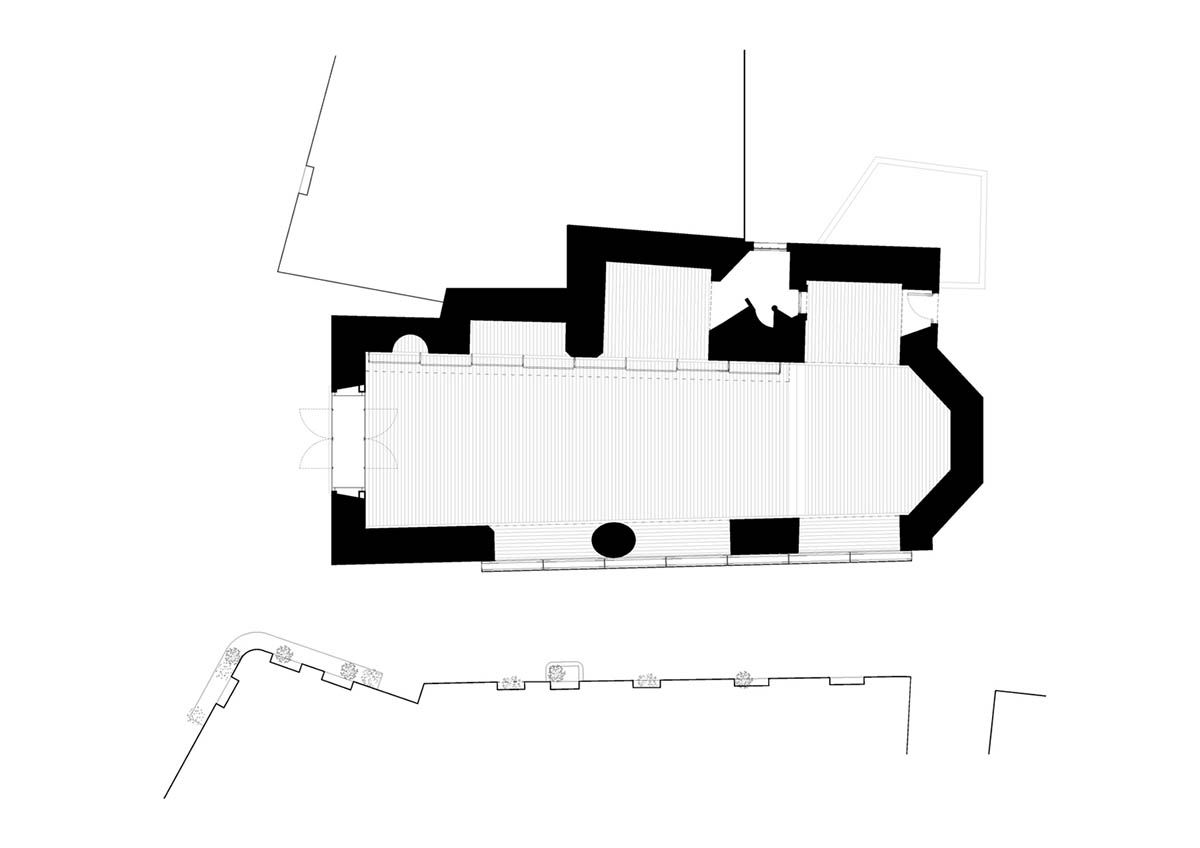 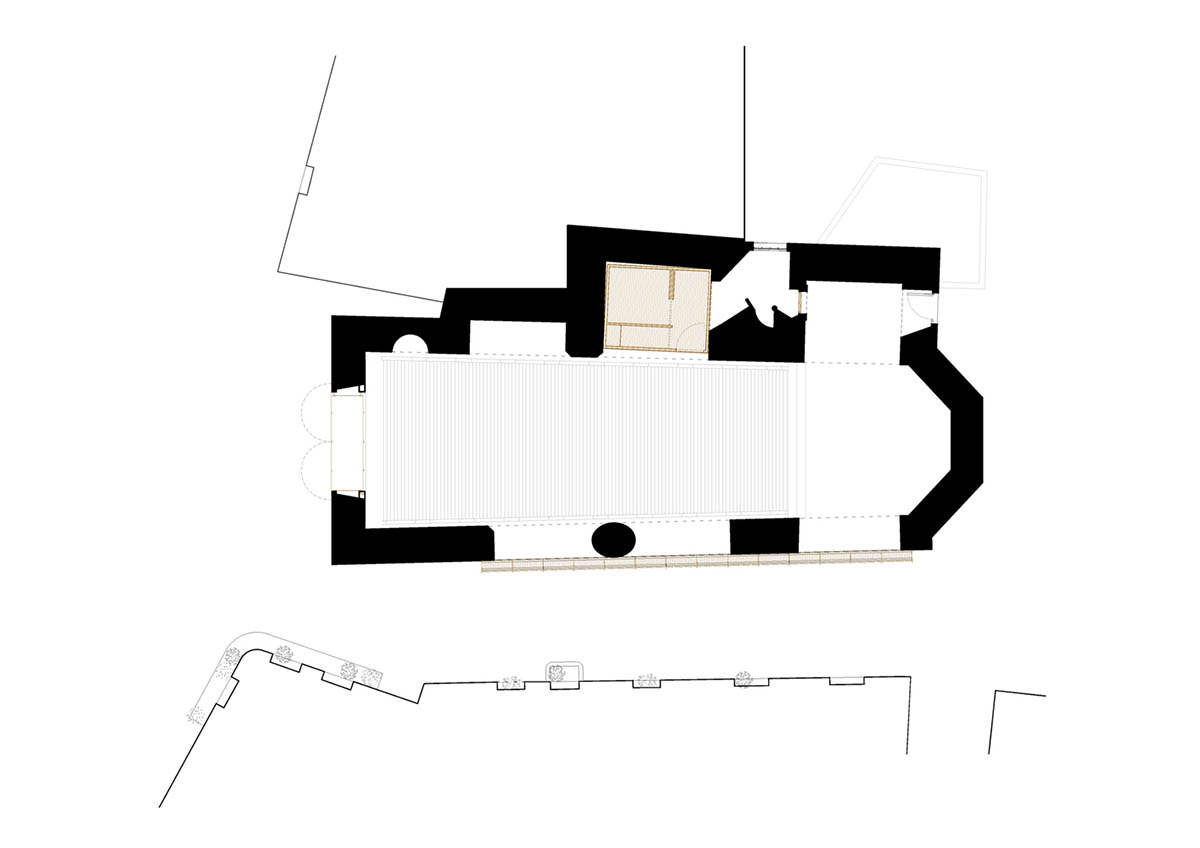 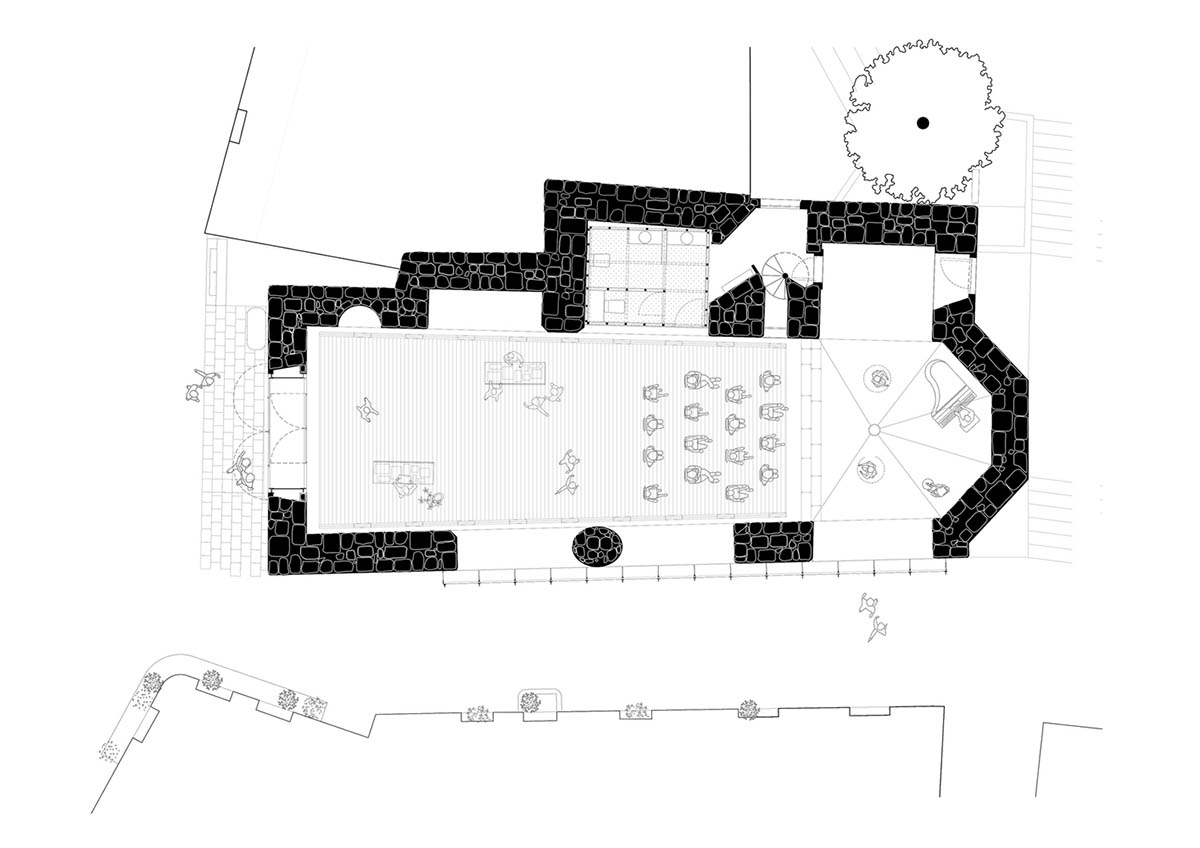 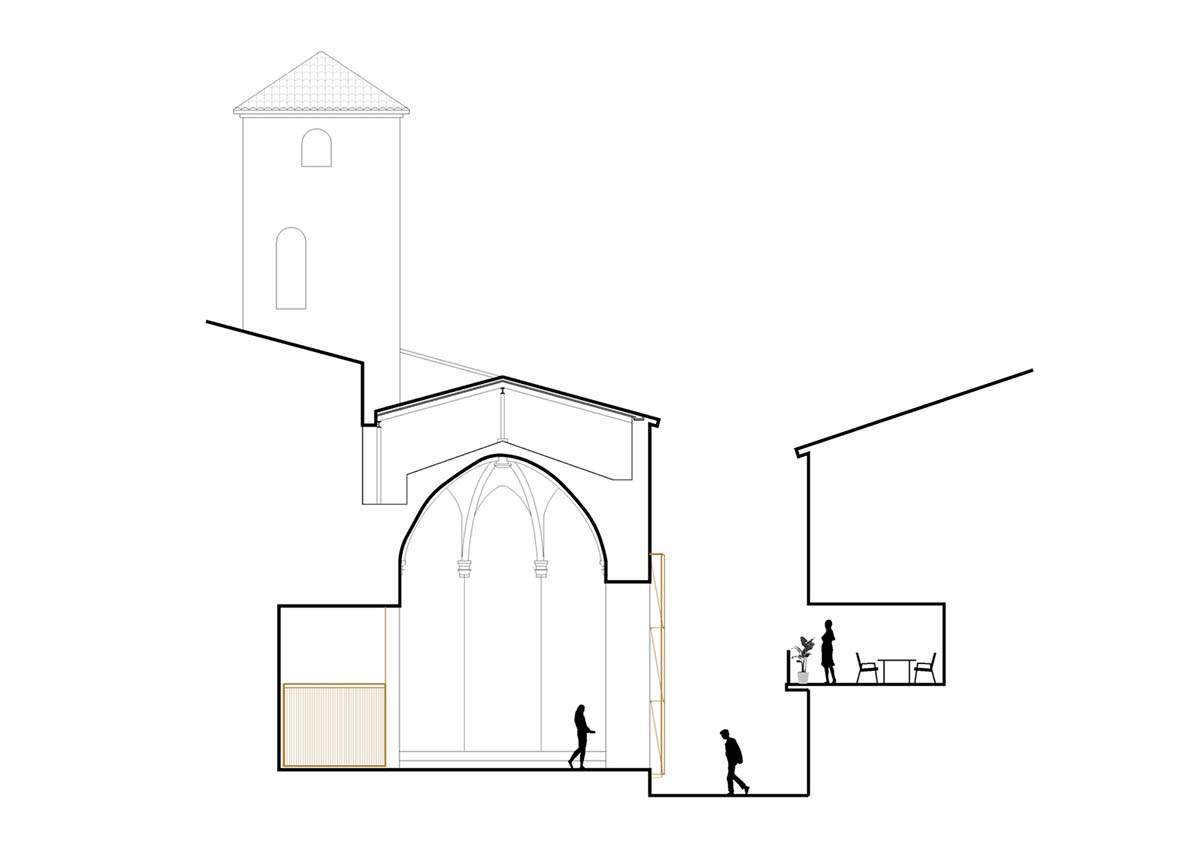 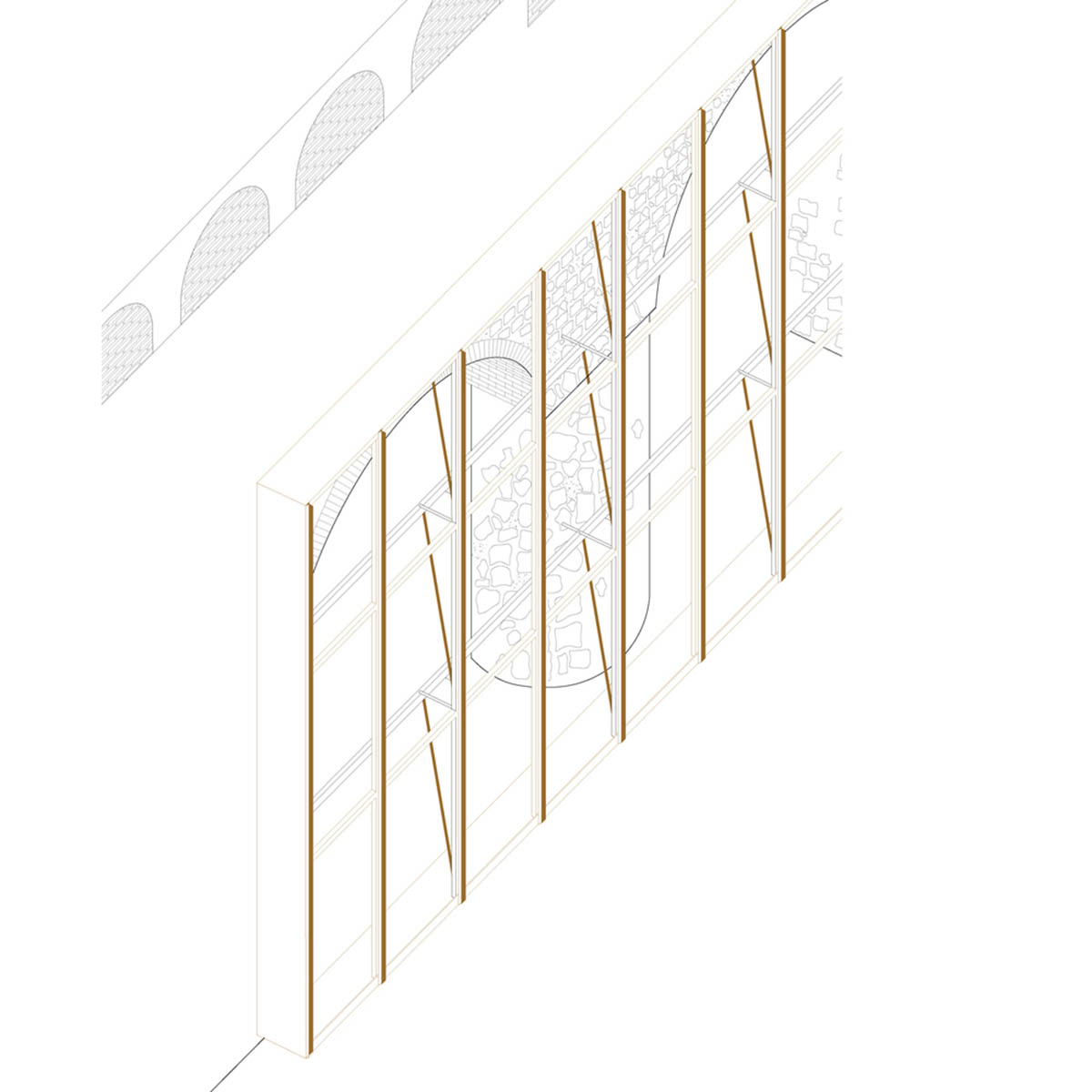 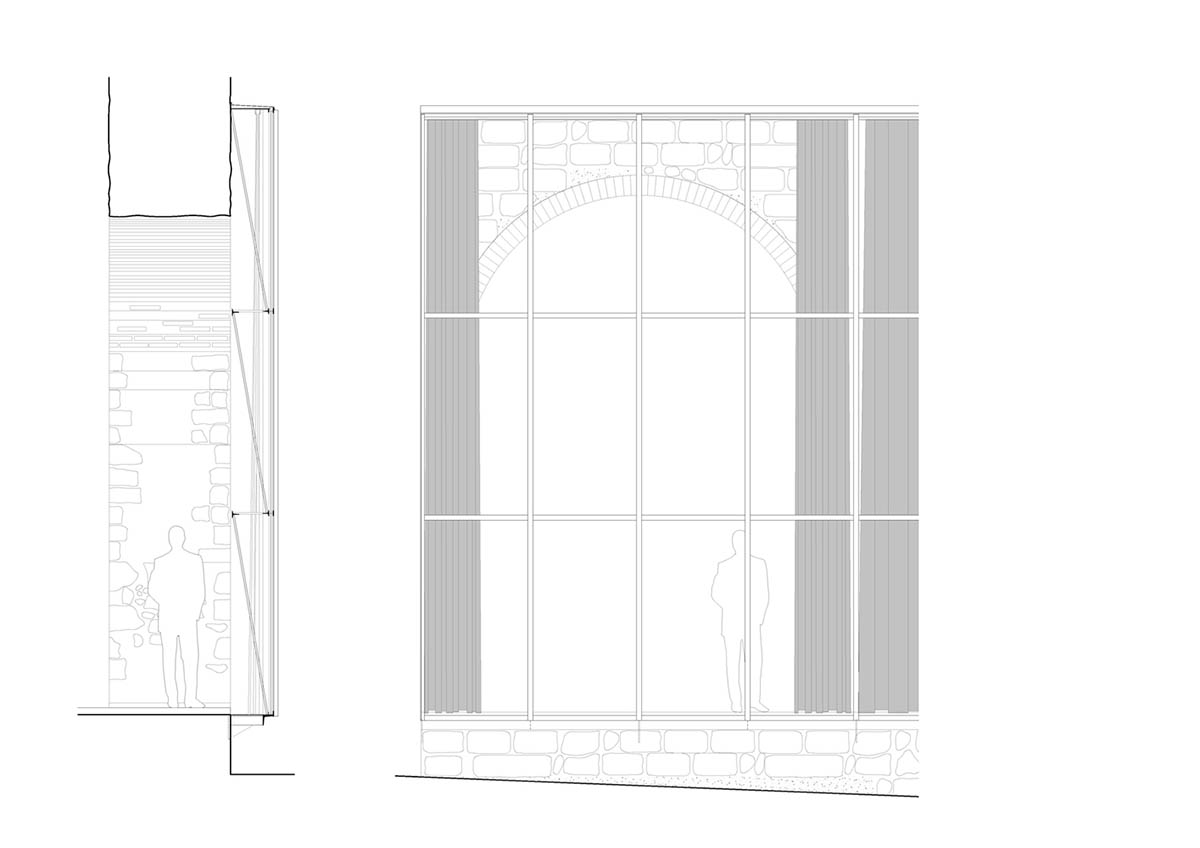 Carles Enrich Studio, founded by Carles Enrich, is a young Barcelona-based practice that works at different scales in the fields of architecture, urban design and landscape, with an across-the-board focus and a meticulous diagnosis of pre-existing conditions.