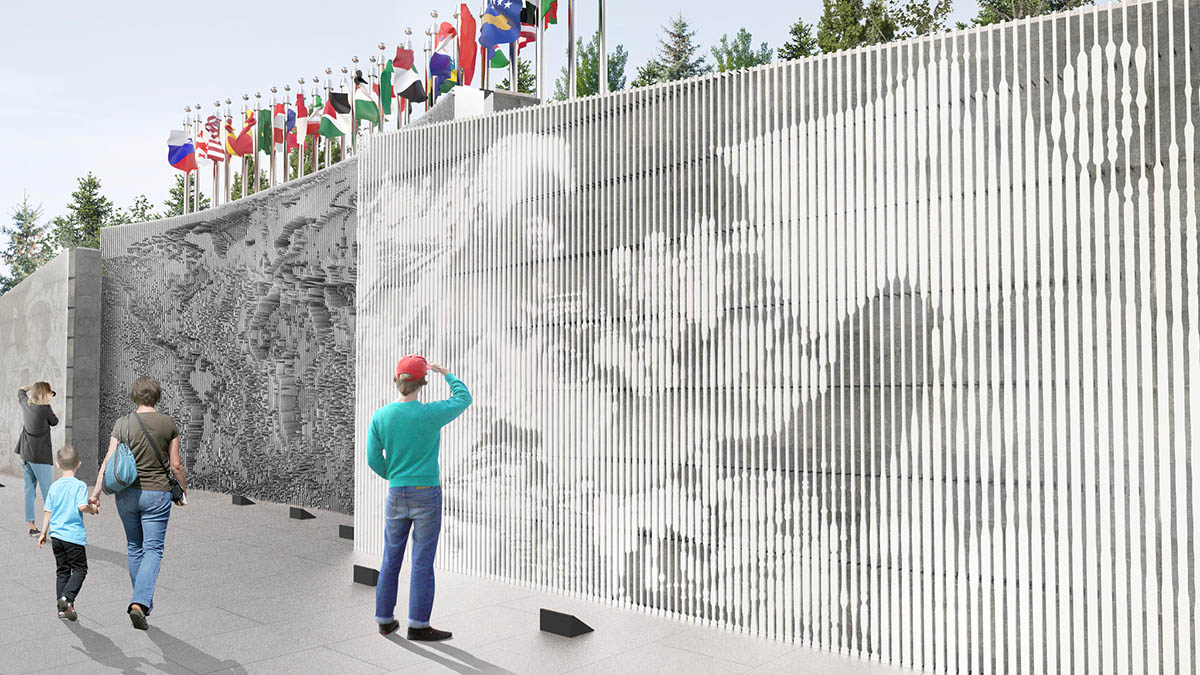 MEAN* (Middle East Architecture Network) has revealed design for a mural at the historic promenade of Jordan.

The mural draws information, and tells a story in interactive and intuitive designs, utilizing contemporary technologies to honor Jordan’s contribution to UN peacekeeping in a novel and innovative way.

Ever since joining the United Nations in 1955, Jordan had contributed immensely with humanitarian missions on international, regional and national fronts. The late King Hussein, had played a major role in Jordan’s contribution with the International Peace Keeping Forces, further reinforcing the country’s trust and respect at the United Nations.

Based on the directions of the Supreme Leader of the Jordanian Armed Forces, His Majesty King Abdullah the Second, an initiative had been taken to preserve the legacy of this chapter in the country’s history by proposing The United Nation’s Square at the Historic Promenade of Jordan at the King Hussein Park in Amman, the country’s capital. 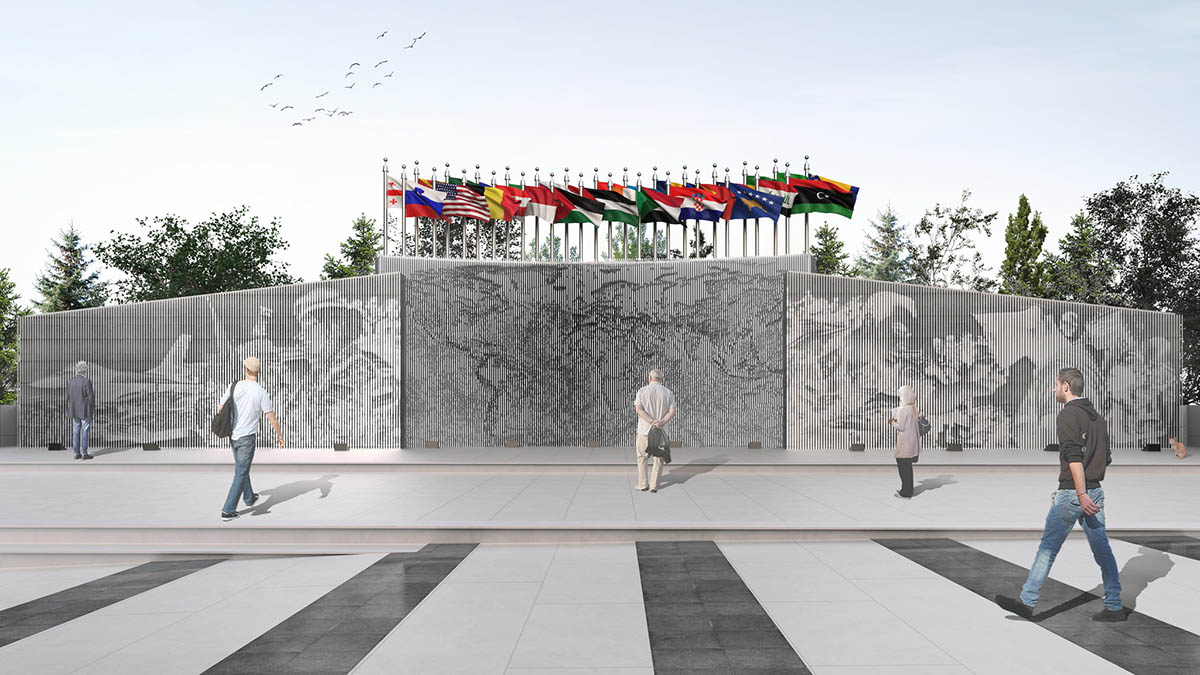 "Our response for contributing to this iconic project is to propose designs for 3 central murals that combine the efforts of Jordan’s contribution within the United Nations on Regional and International fronts," said MEAN*.

"The murals are designed as a keystone for the square, telling the story of the nation’s army in defending peace both internally and globally, and offering relief to countries in need." 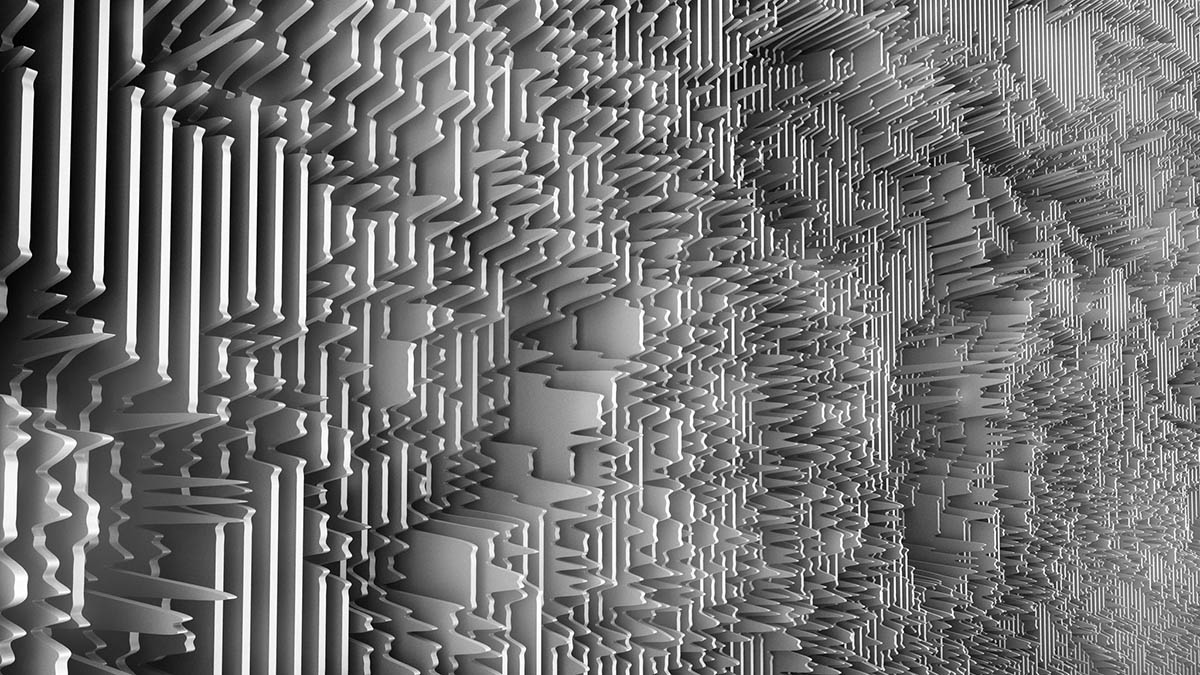 This mural represents the strong, courageous and tenacious soldiers of the Jordanian Peace Keeping Forces. The mural features a photo montage of scenes of the forces on ground in various locations of intervention, mounting and operating a myriad of army equipment.

The scenes are abstracted using a computer algorithm that reveals the image by varying the width of 150 strips that reveal the image using monochrome color differentiation. 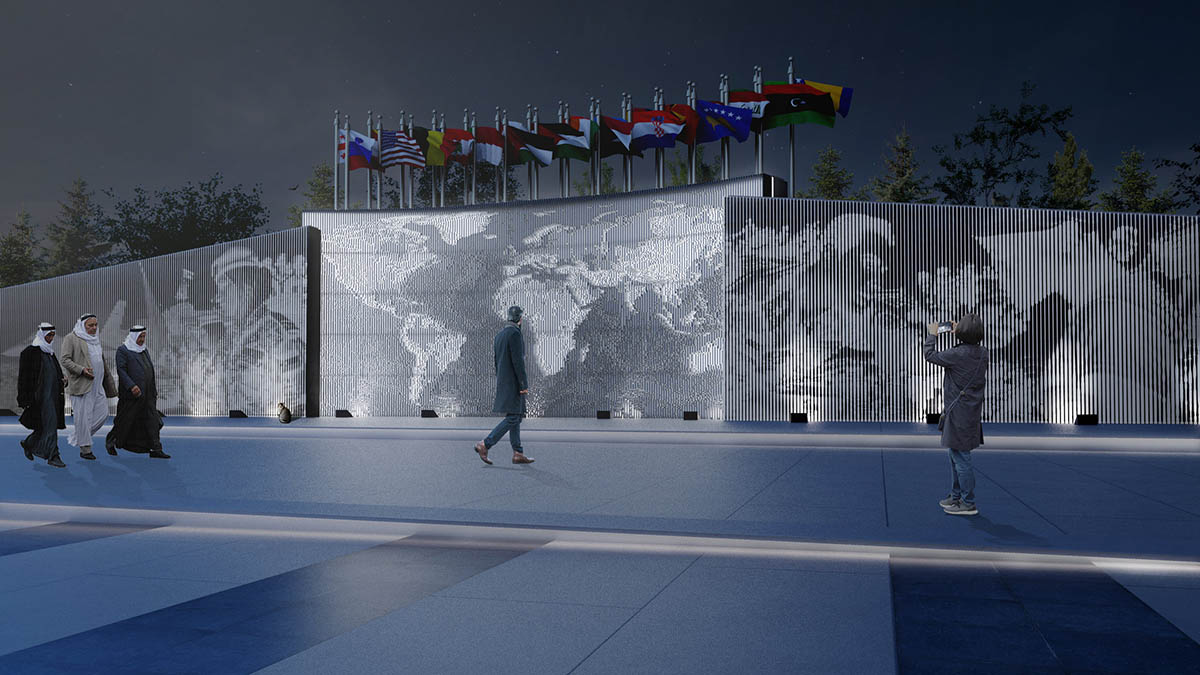 The World Map Mural represents the heights at which the Jordanian Peace Keeping Troops have reached to provide aid and assistance to various locations around the world.

The Map is an interactive, three dimensional cartographic depiction of the geographic topographies globally, represented in an abstract contemporary language, and envisioned with state of the art technology. 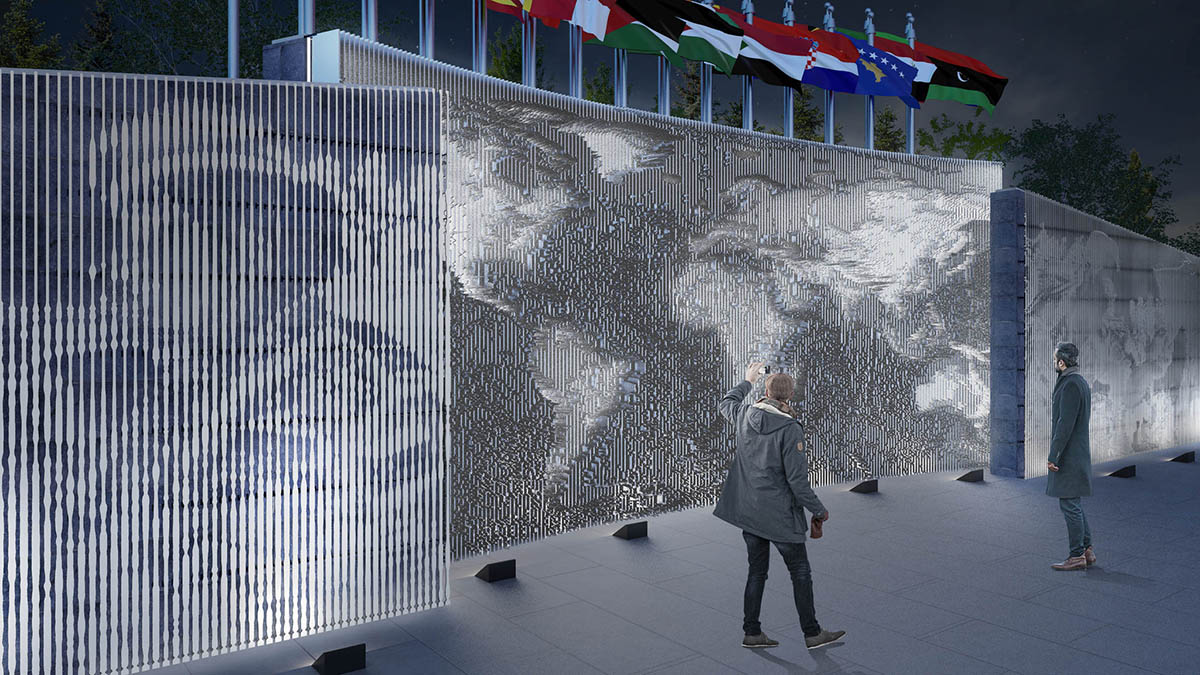 This mural represents the humanitarian role that the Jordanian Peace Keeping Forces play in disaster relief. The mural features a photo-montage of scenes of the soldiers on duty: protecting civilians in war torn countries, providing shelter, food and medical aid.

The scenes are abstracted using a computer algorithm that reveals the image by varying the width of 150 strips that reveal the image. The strips are designed to be water-jet cut from brushed Aluminum. 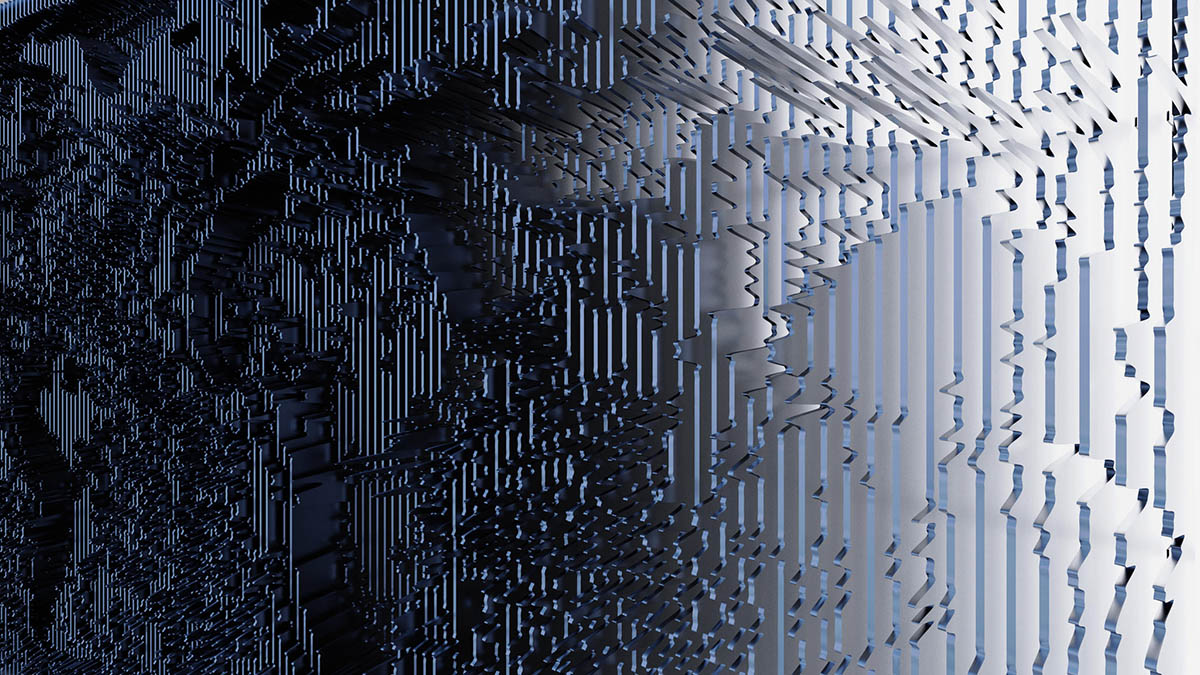 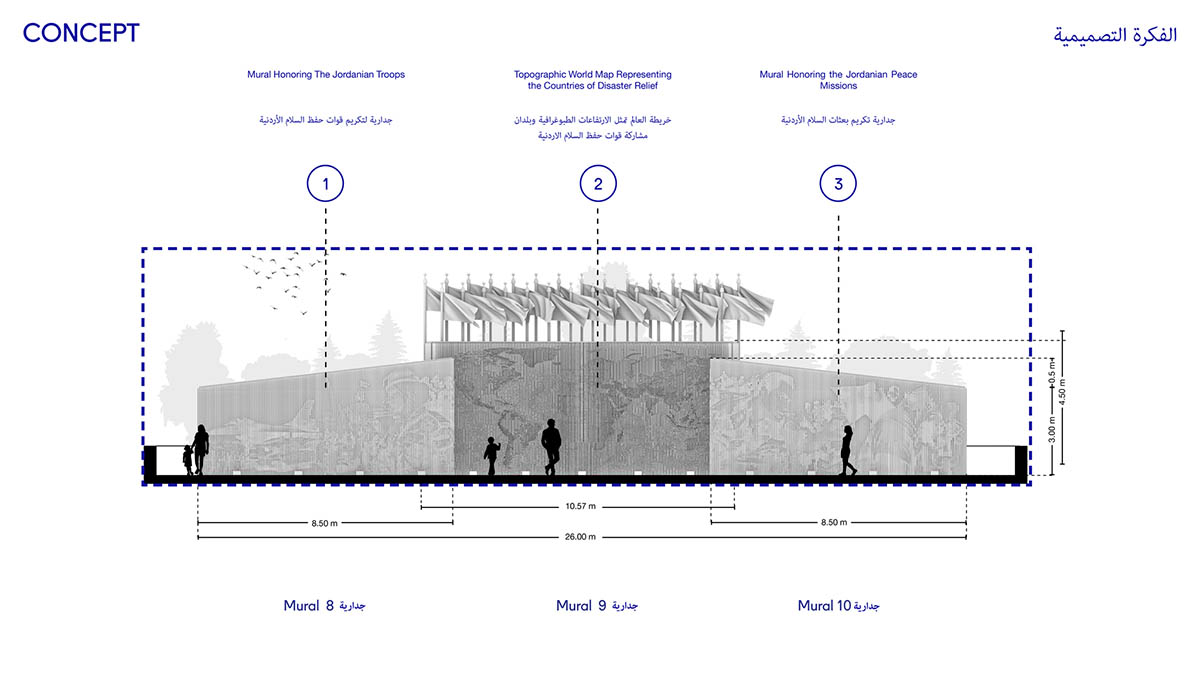 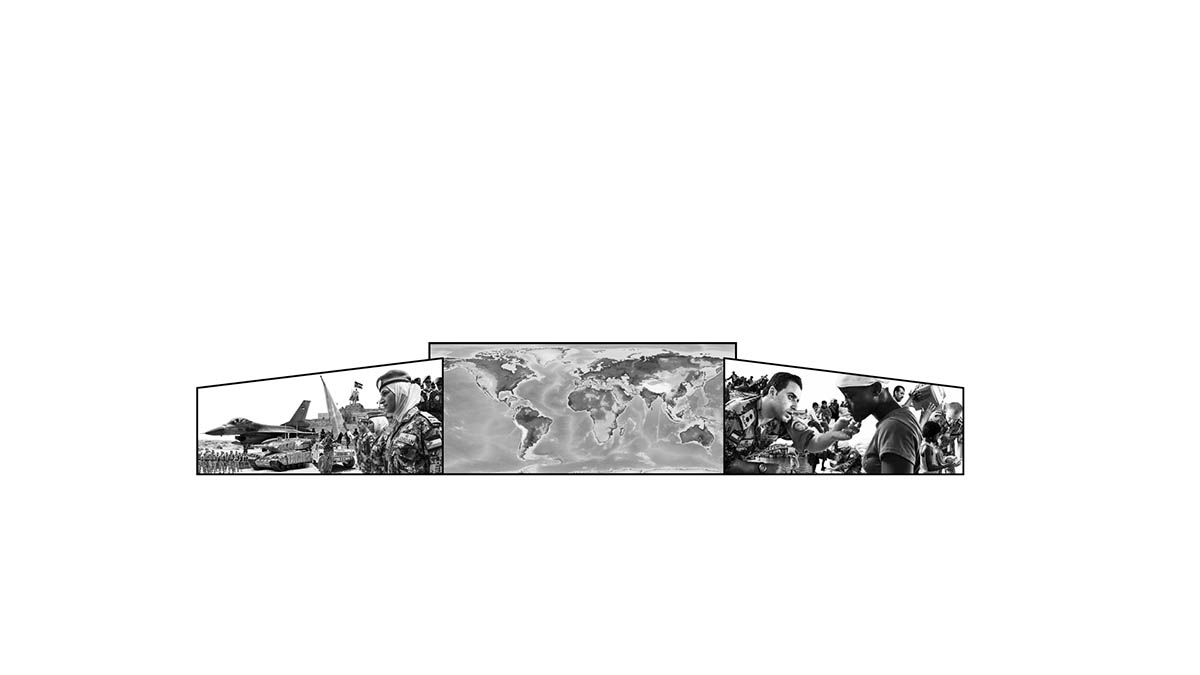 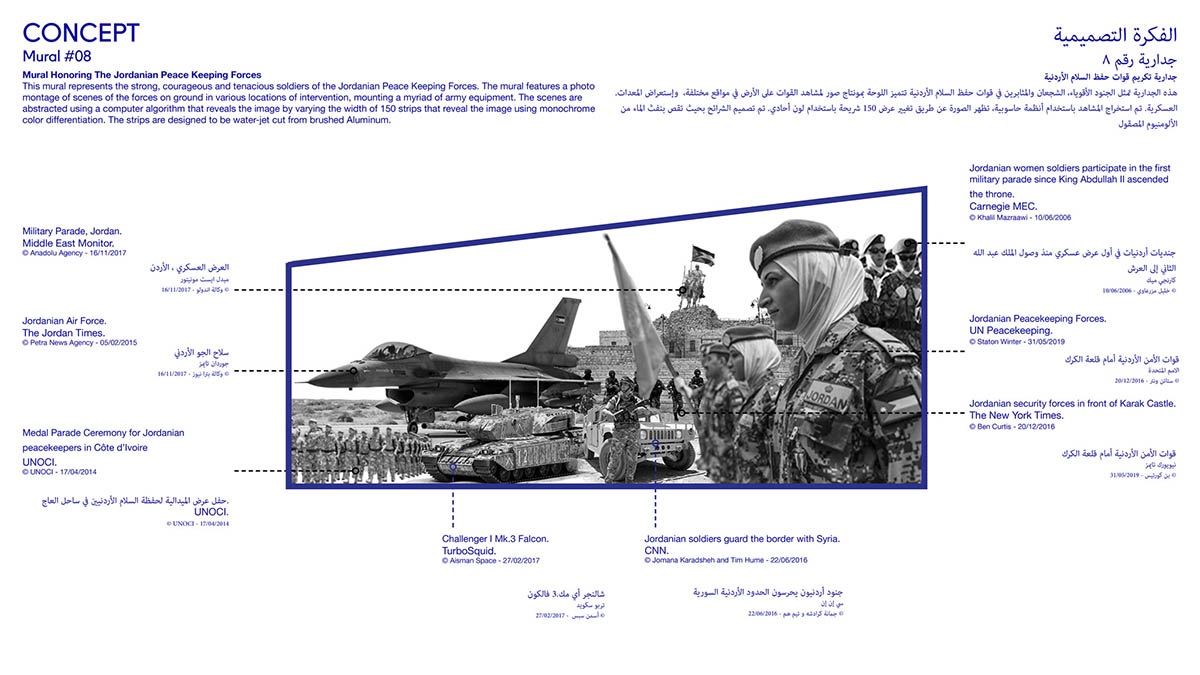 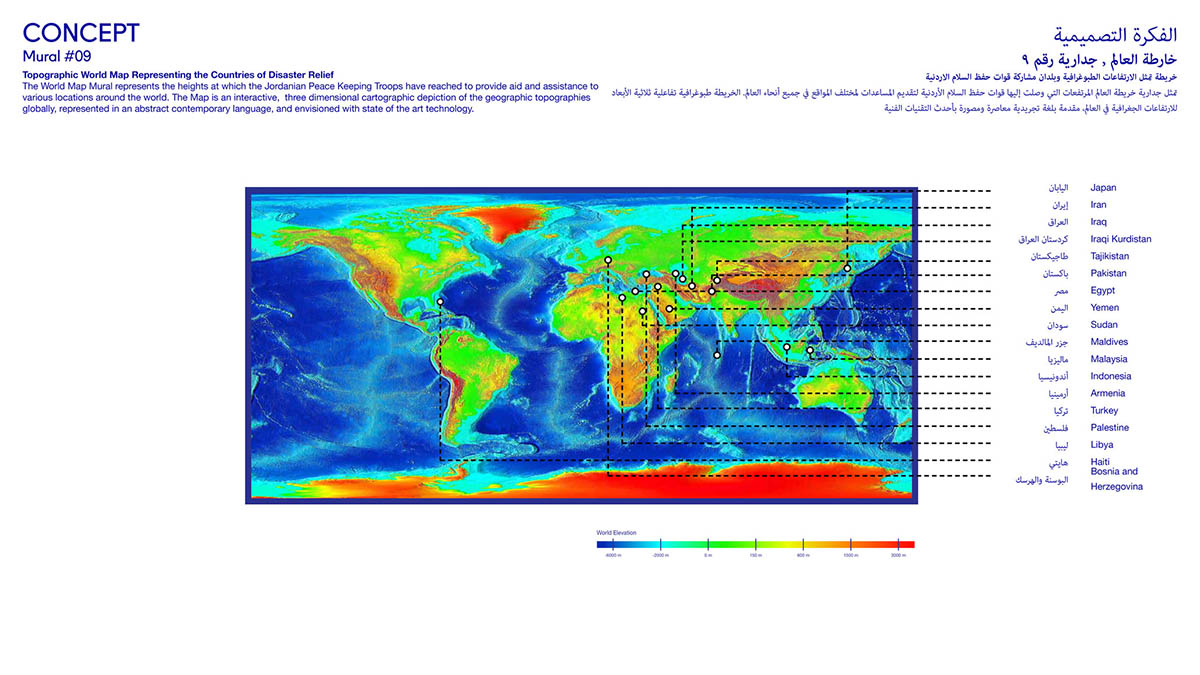 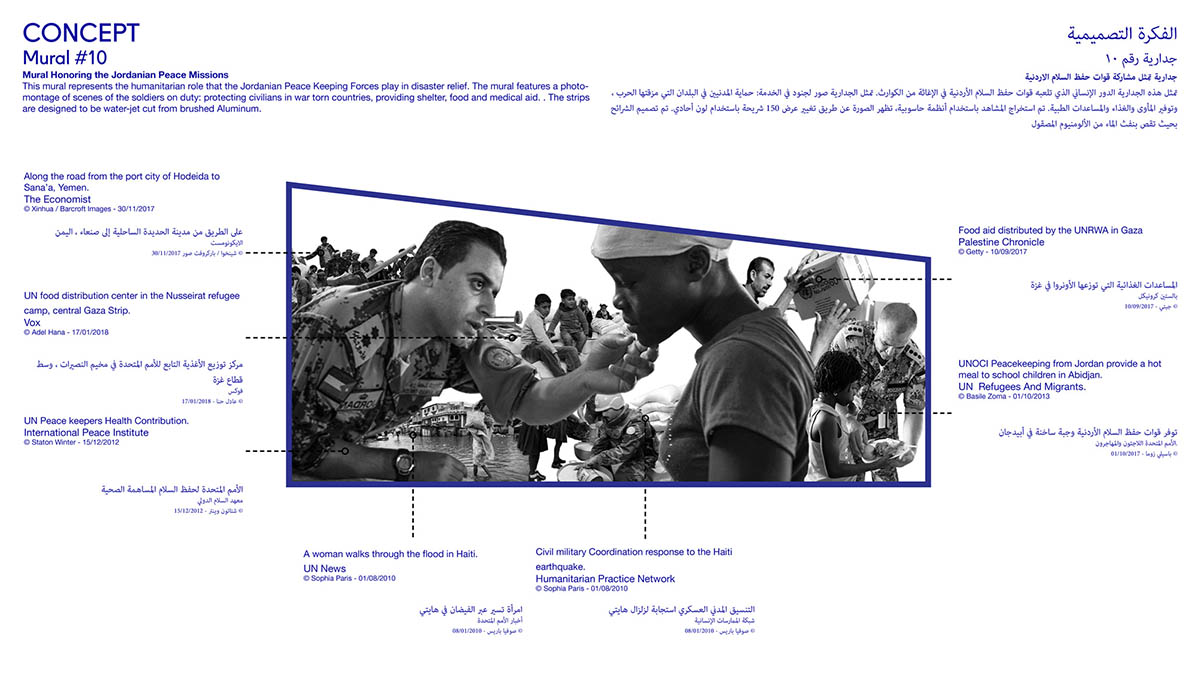 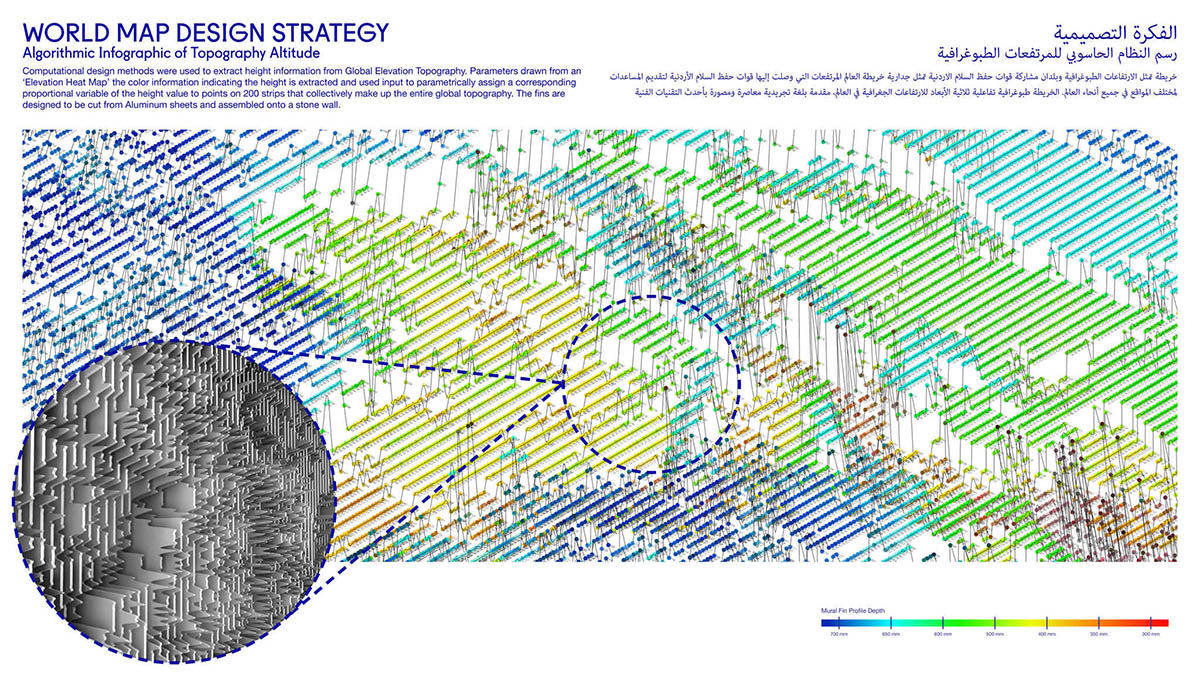 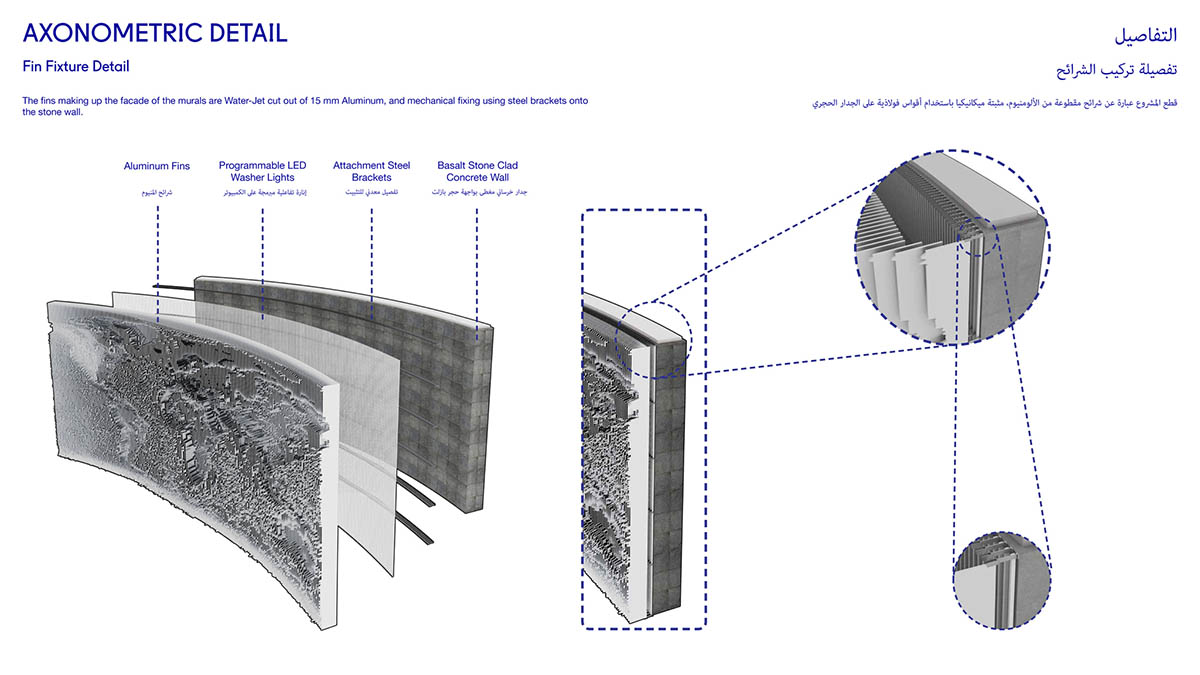 All images courtesy of MEAN*