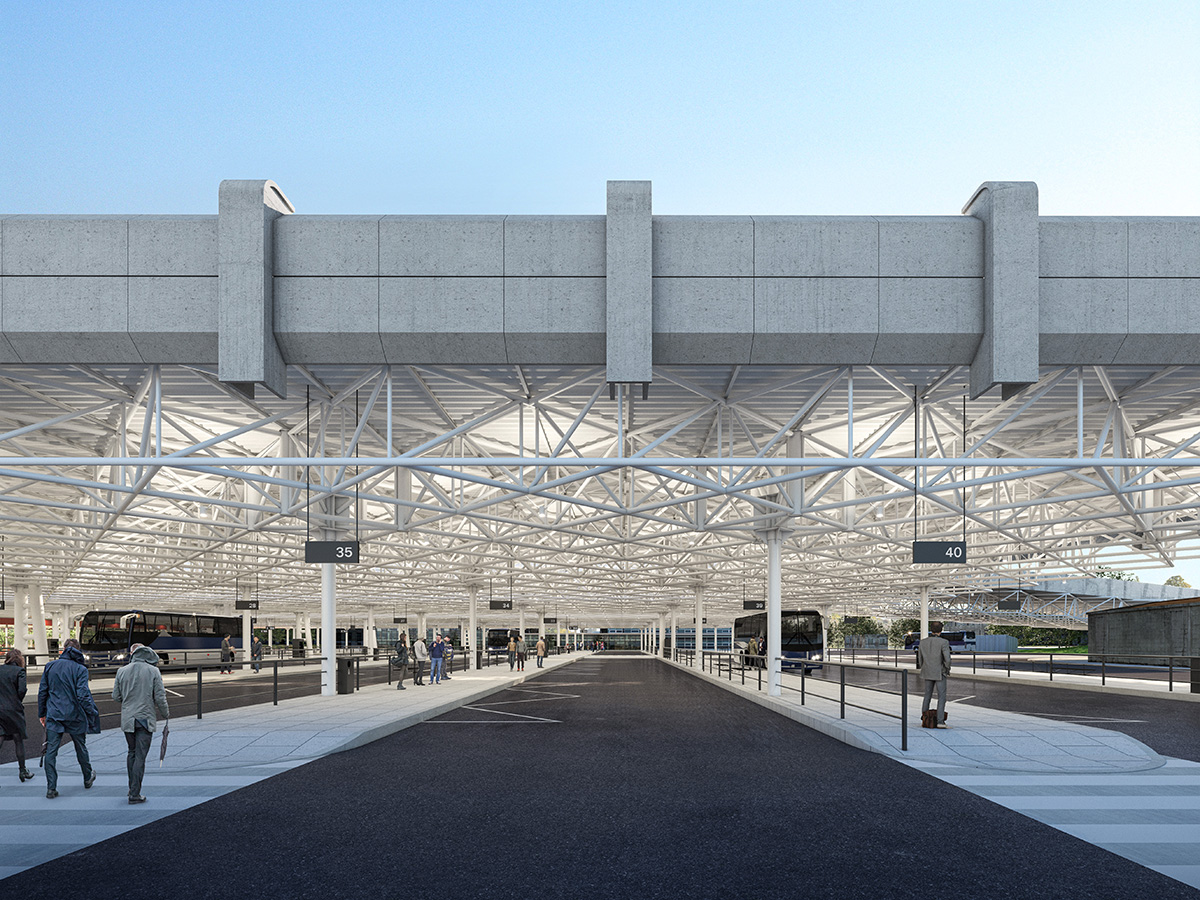 CHYBIK + KRISTOF Architects & Urban Designers has unveiled plans to redesign Brno’s brutalist Zvonařka Central Bus Terminal in Czech Republic, the studio will redefine the role of the structure in the city’s social fabric while preserving its brutalist structure.

The project is a self-initiated development by the architects in 2011 and the construction is expected to begin soon. With this renewal, the project reaffirms their longstanding engagement for social change.

The architects aimed to preserve the existing Brutalist heritage structure while addressing the need to rethink a decaying public space into a functional entity adapted to evolving social needs. 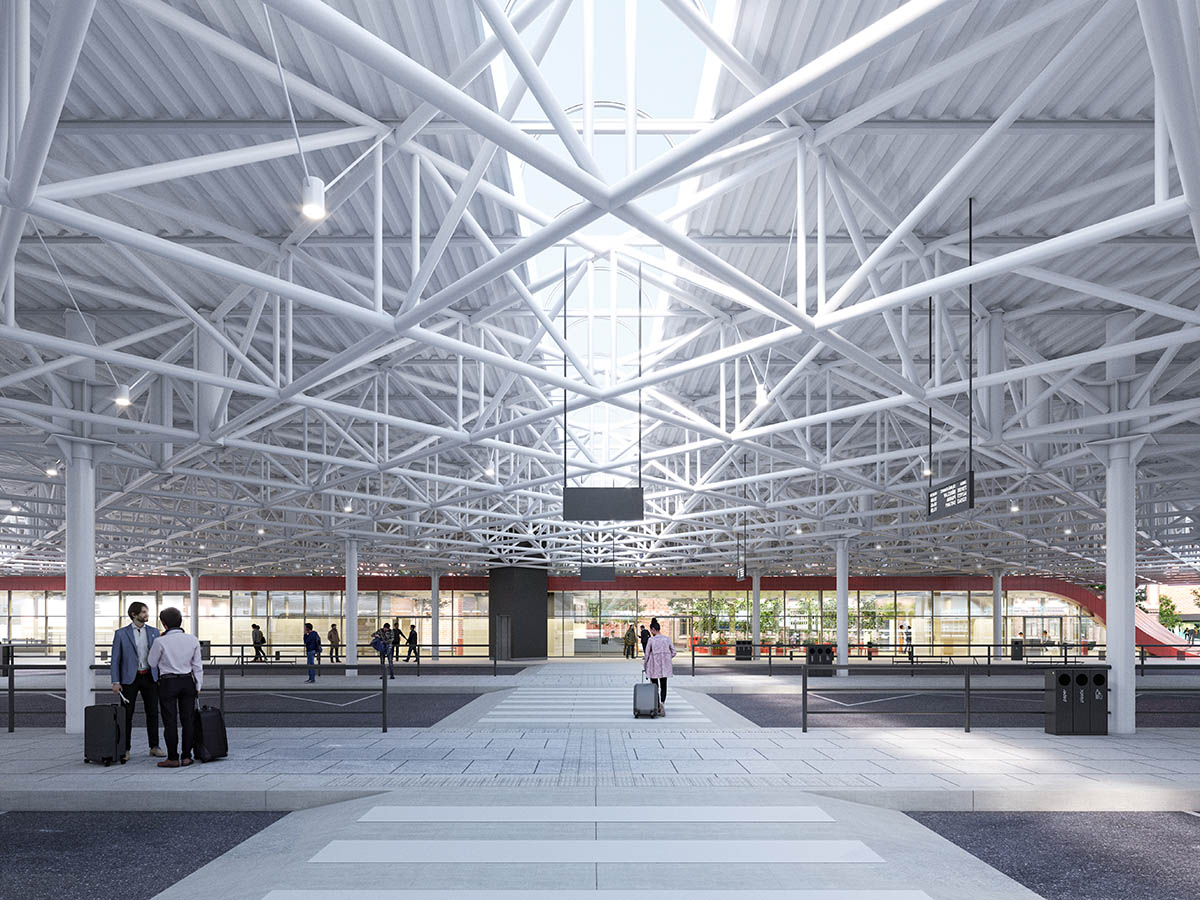 The terminal was originally designed in 1984 and built in 1988 in response to insufficient capacity of bus stations across the city, the Zvonařka Central Bus Terminal has continuously acted as the region’s main bus station for intercity transport.

The structure was originally conceived as an extensive transportation hub, only two of its five initially projected construction phases were completed.

Following the Czech Republic’s 1989 Velvet Revolution, which prompted the first non-communist government since 1948, the station was privatized, resuming its role as a bus station and foregoing construction plans and visions of its future. 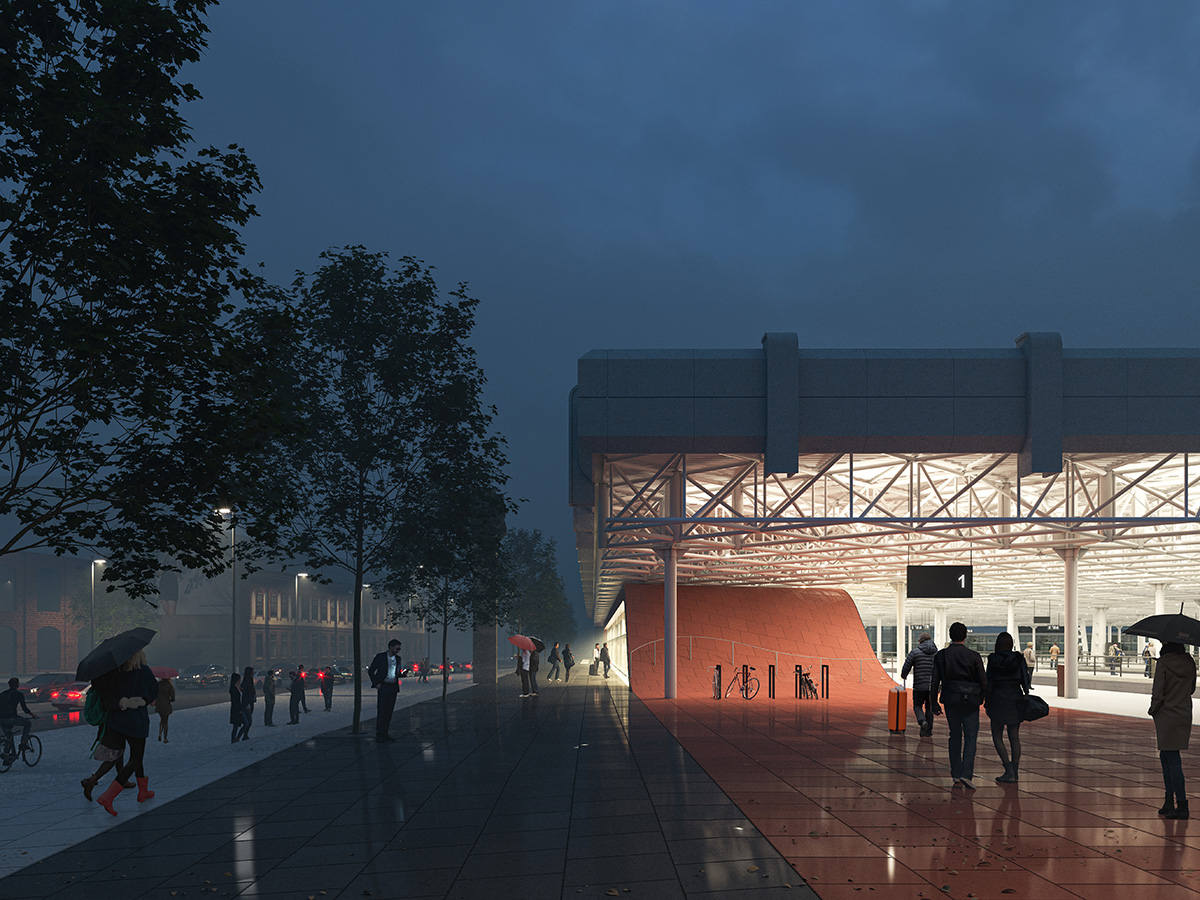 In 2011, CHYBIK + KRISTOF, having recently established their studio in Brno, a city for which they shared a deep connection, wanted to develop a vision by considering the station’s decaying conditions.

The studio aimed to propose a positive alternative design to a seemingly irrecoverable space, the architects reached out to its private owners with an elementary study and redesign proposal. 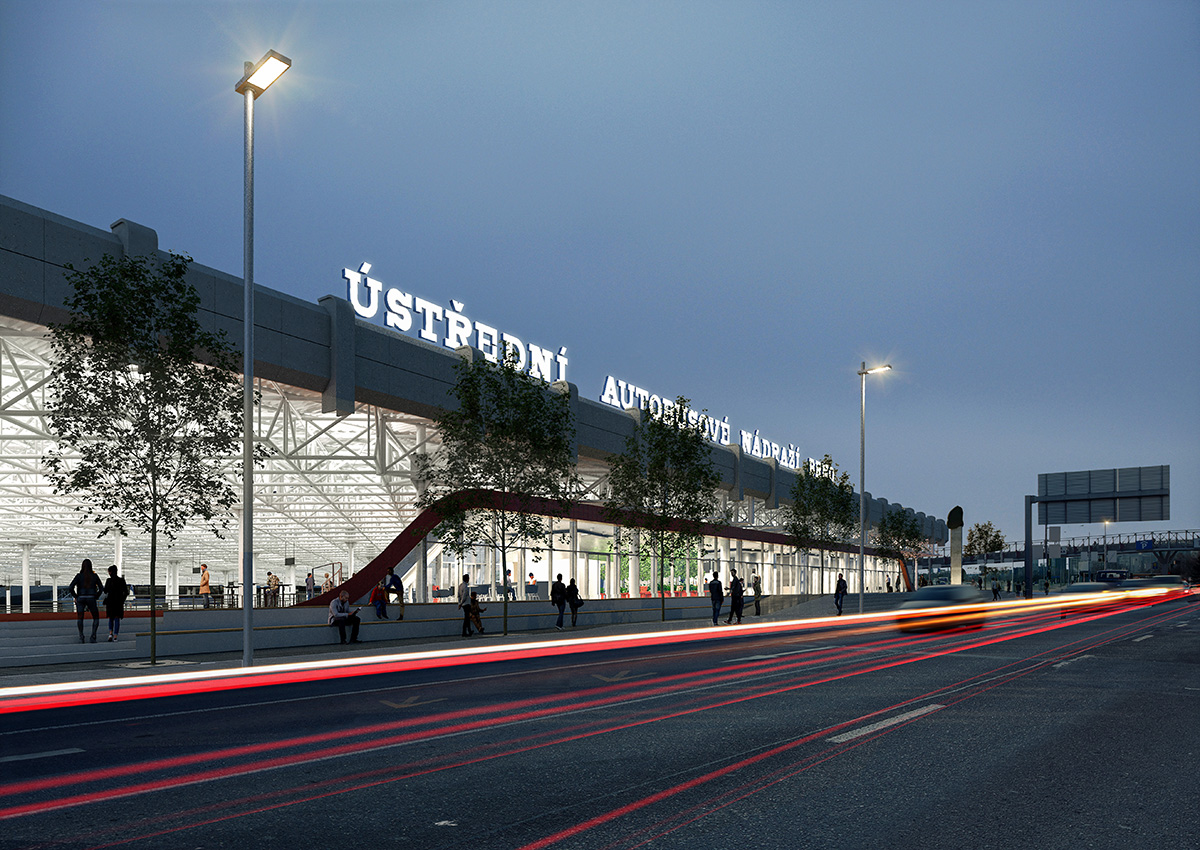 "In a process strongly facilitated by the architects, a conversation was prompted between local private stakeholders and public authorities – one revolving in part on the attainment of the sufficient funds to bring their vision to life."

"Accounting for the complexities of the project and after a four-year-long collaborative exchange, the needed funding was attained in 2015, notably through the project’s recognition as a European funds project, thereby securing a prominent share of the investment," as the studio explained. 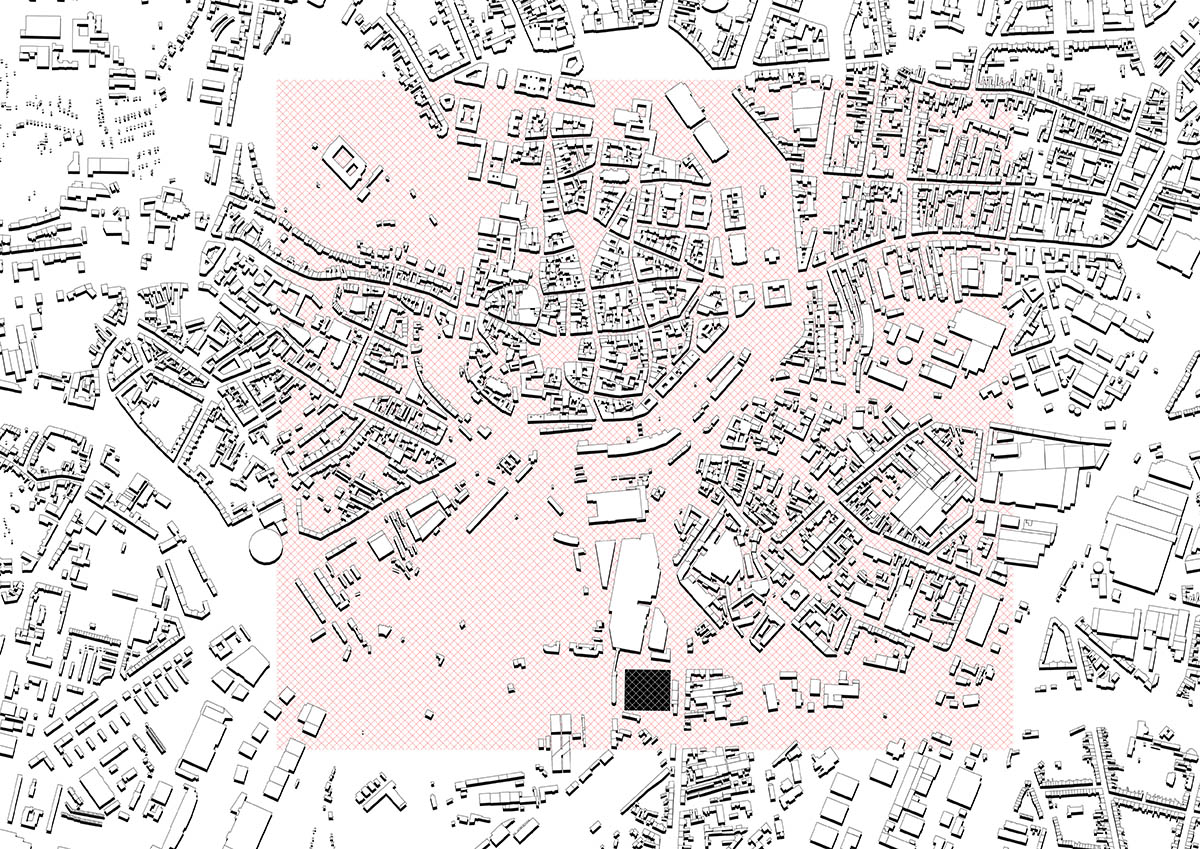 Engaged in preserving the symbolic local heritage embodied by the Brutalist structure, CHYBIK + KRISTOF create a contemporary redesign, receptive to the station’s primary role as a central transportation hub – through which over 820 regional, national and international connections and 17,000 passengers transit each day.

Following the original square floor plan, the redesigned main hall is designed as an open structure devoid of walls. Acting as a two-sided roof, the inner space will house the individual bus stops while the outer area serves as a parking space for buses. 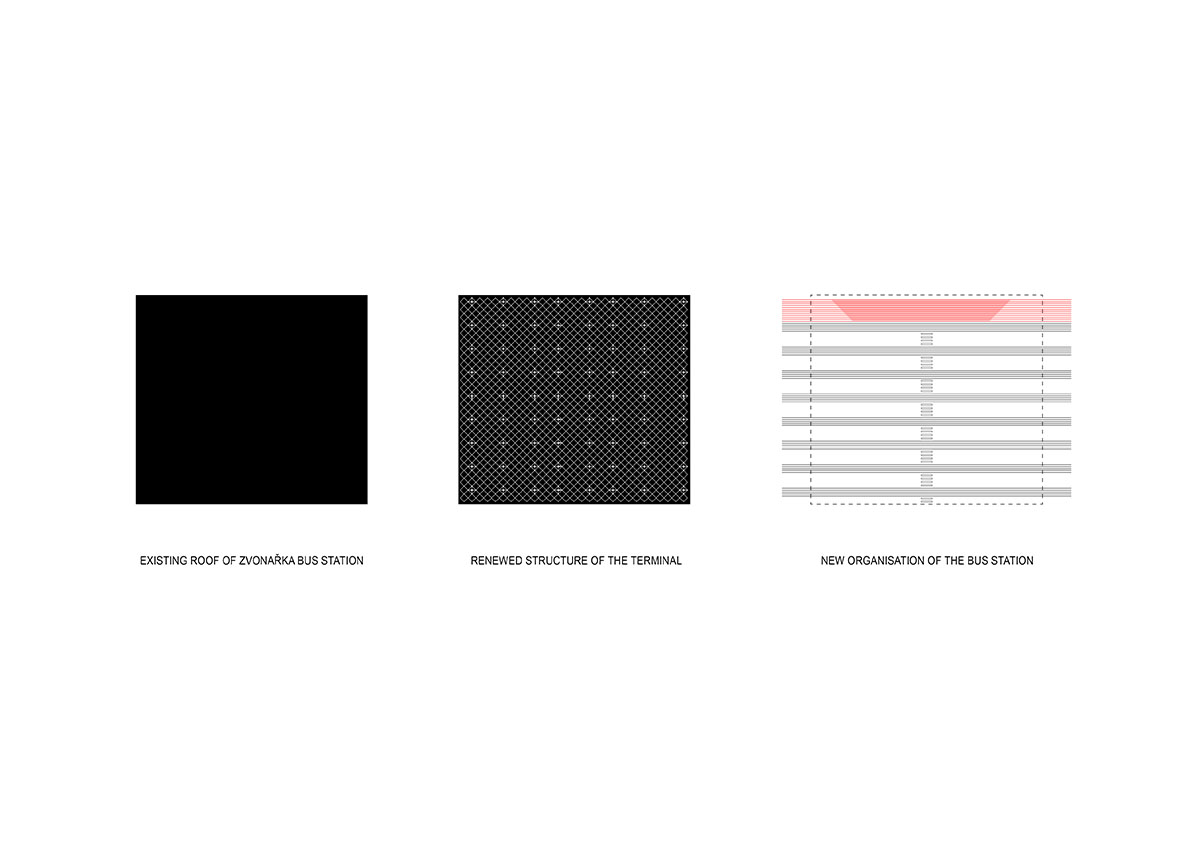 Envisioning it as an intrinsically public space, CHYBIK + KRISTOF will replace the existing stands – temporary structures added in the 1990s – with an information office, ticketing and waiting areas as well new platforms and an orientation system accessible to the disabled.

The architects’ design gives prominence to light as easing access, evoking comfort and promoting safety. By removing the temporary stands, they open up the terminal onto the city, providing a second entry to the station at street level. While they repaint the main worn-down structure in white and install new light fixtures, they preserve and proudly bring to light the wall art on temporary stands throughout the station, previously concealed between them. 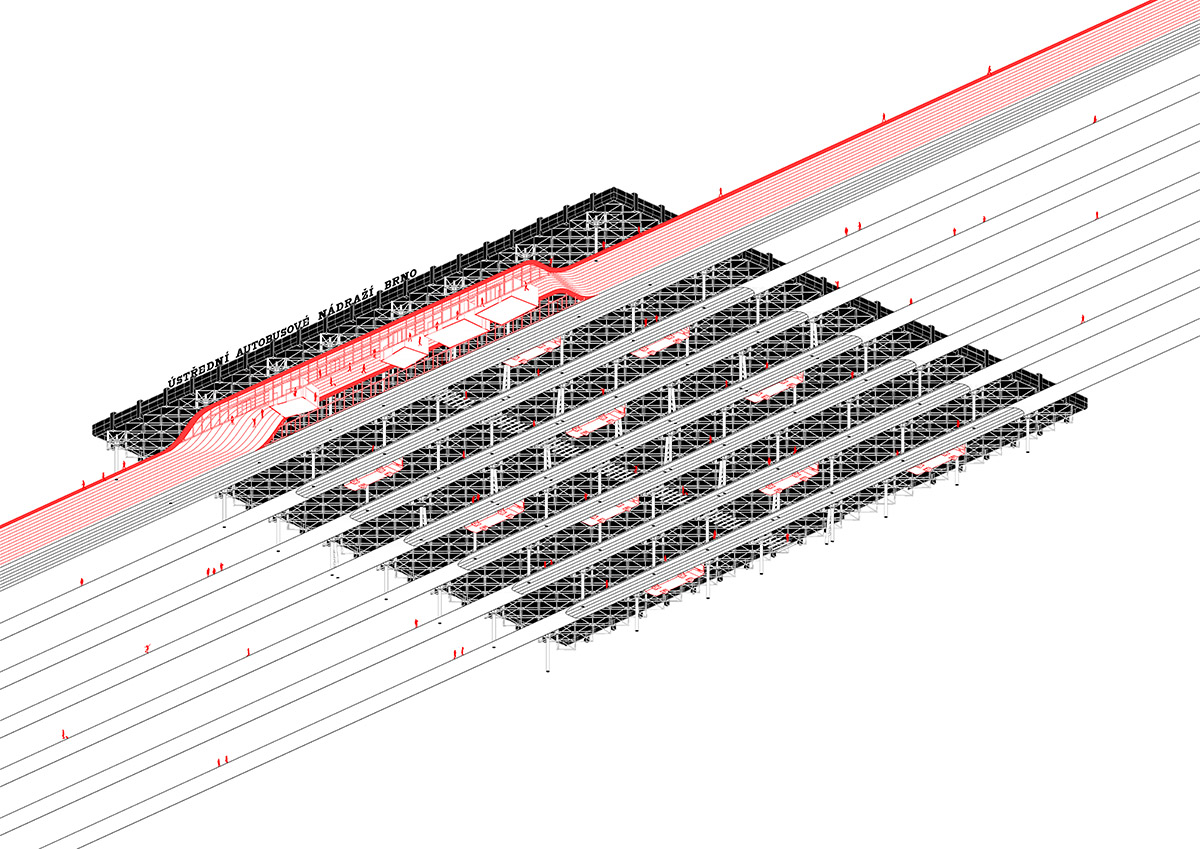 Drawing a clear path to buses and various services, CHYBIK + KRISTOF transform the building into a dynamic social hub, channeling an unrestricted flow of locals and passengers alike. 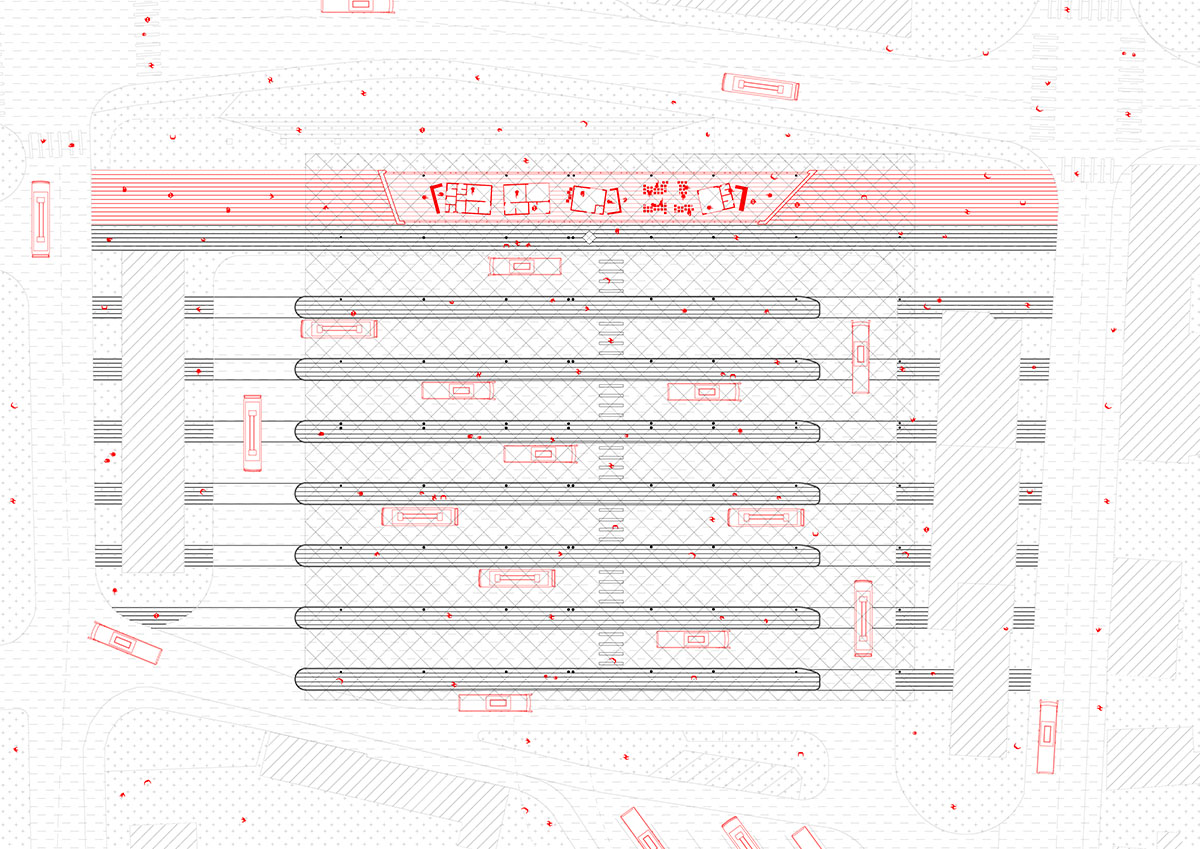 Reflective of unclear, evolving and at times conflicting urban visions, the Zvonařka Central Bus Terminal is one of many similar residual spaces, preserved yet poorly maintained, and often entirely disconnected from their surroundings. As both architecture and design professionals and users of the urban space, CHYBIK + KRISTOF adopt the critical lens for which architects are well equipped – one that renders them both sensitive to and critical of an environment and brings them to consider the inherent relationships, nuances and synergies between the envisioned and the built, the public and the private, the function and the experience.

Affirming what has grown into a deep-seated social responsibility over the past decade, they consider the project through not only its function, but also a studied understanding of its impact on the social fabric.

By involving diverse actors – architects, public entities and private partners, local and external – they once again demonstrate architects’ central role as active exponents for change and instigators of a dialogue. In an attempt to correct past shortcomings, they see architects today as obliged to bring forth a holistic approach that moves beyond the mere construction process towards user-centered design which adheres to the environmental and social fabric. 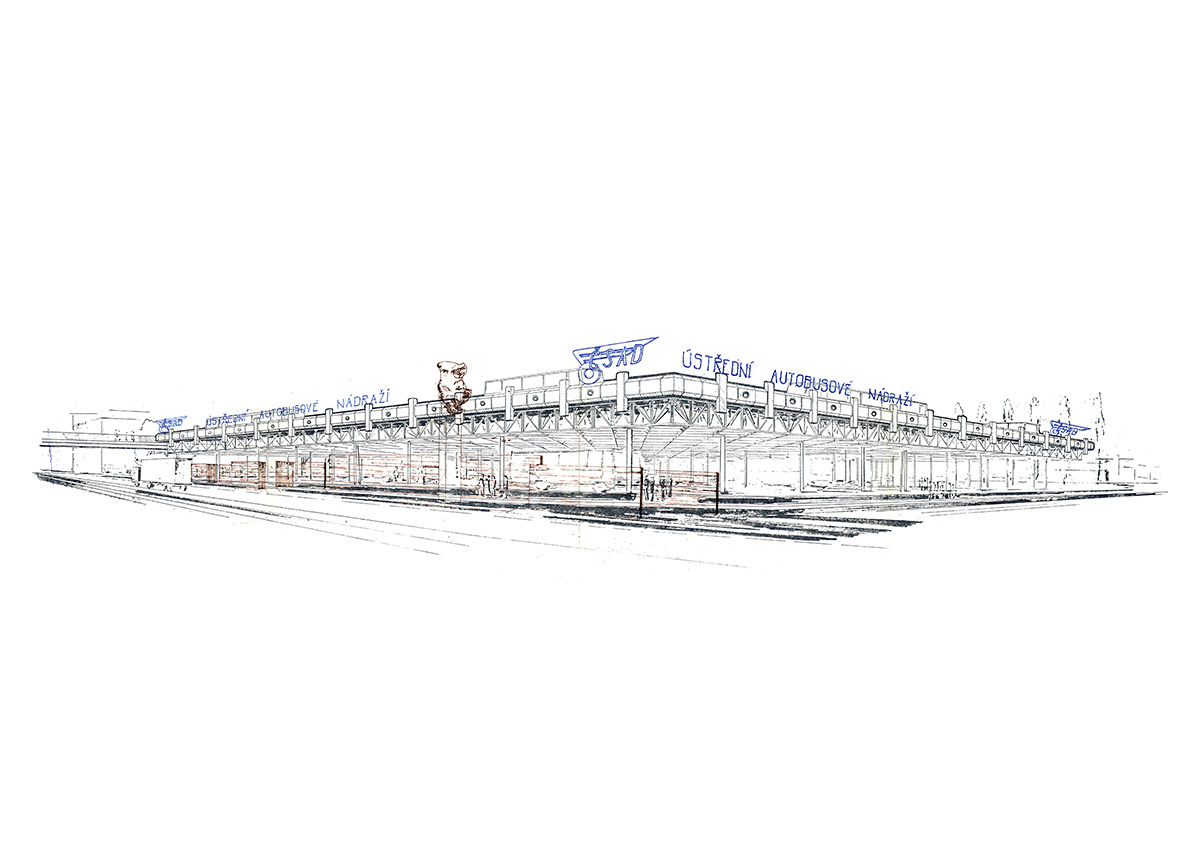 "Architects today share the obligation to address critical social and environmental issues. Beyond punctual functional concerns, our profession is tasked with acknowledging and deconstructing the shortcomings at the roots of our urban and social structures, thereby raising public awareness and promoting societal engagement. We see the Zvonařka Central Bus Terminal as embodying the three founding blocks of architects’ social responsibility," said Ondřej Chybík and Michal Krištof.

"First, architecture responds to a functional need that must be clearly and efficiently addressed. Second, this need is expressed by the user of a space, whose experience of the latter must remain at the center of all concerns."

"Thirdly, and most importantly, architects intervene in a fragile ecosystem, one in which sociopolitical dynamics, economic factors, historical legacies, environmental concerns, to cite only a few, come together. It is essential, if not only ethical, to take all into account. Ultimately, by revisiting the past, engaging with the present and projecting to the future, architects can, and must, be catalysts for change," added Ondřej Chybík and Michal Krištof.

The project is expected to be completed in 2021. "This initial redesign acts as the first stage of a broader reconstruction and urban renewal project, with changes to the surrounding areas to follow," the studio added.