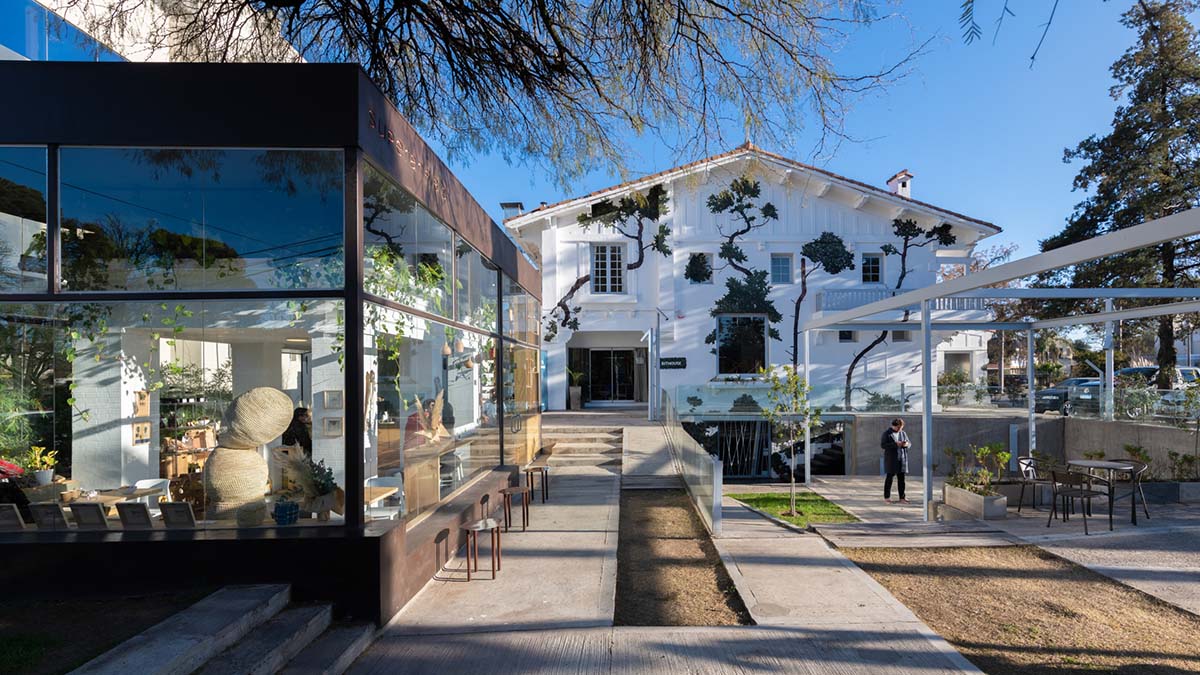 Called Superanfibio Cafe, the 40-square-metre coffee shop is located in a corner of the traditional neighborhood Cerro de Las Rosas from Córdoba as an expansion of an ancient and traditional house nowadays reconverted into an office and cultural space. 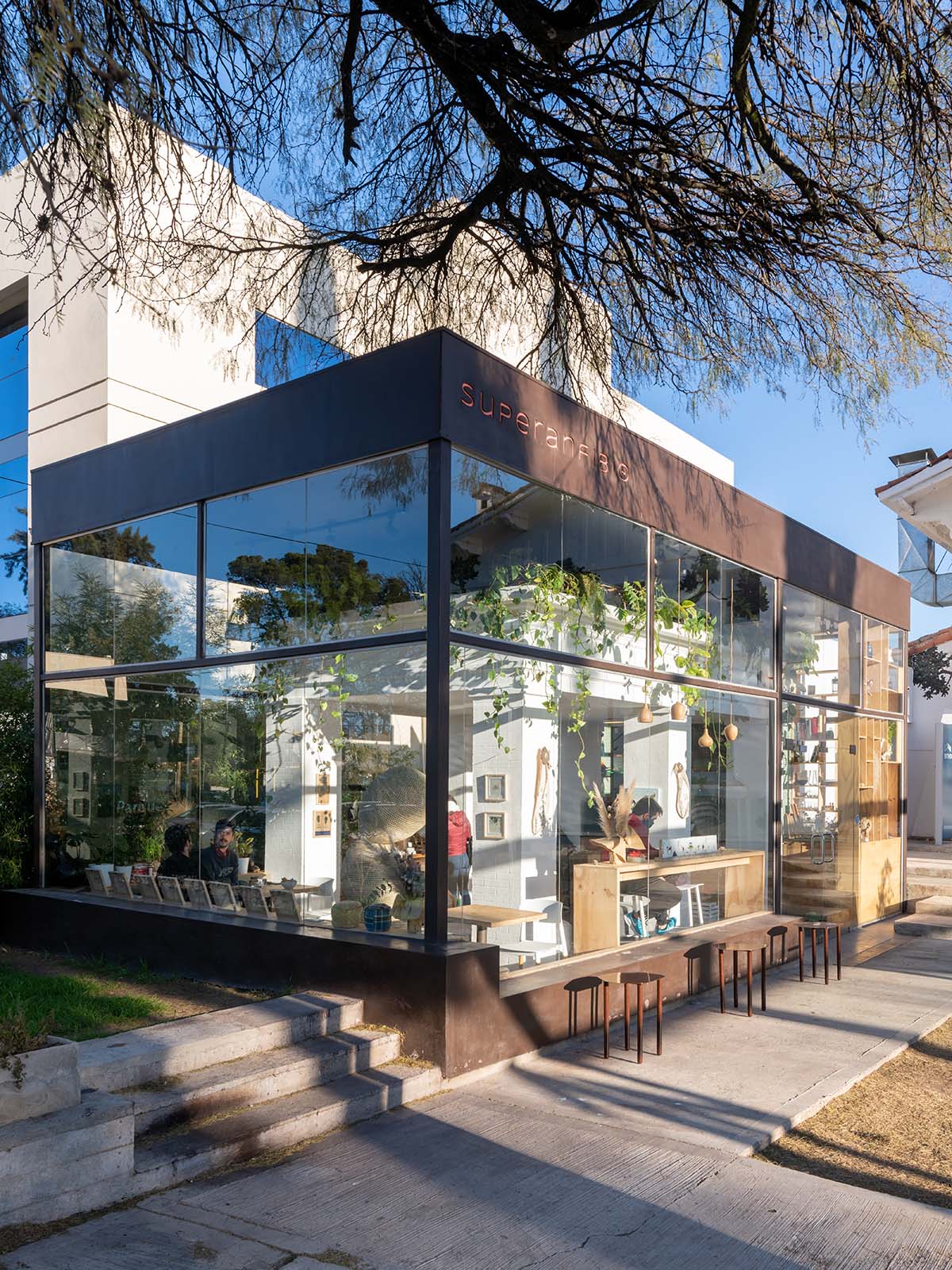 Superanfibio coffe shop is a space which speaks about details, simplicity, transparency and of bringing back the essence of things and life, a place where special moments and relations comes to life. It is a space in the conjunction of great gastronomy, a stimulating atmosphere and a strong connection with nature. 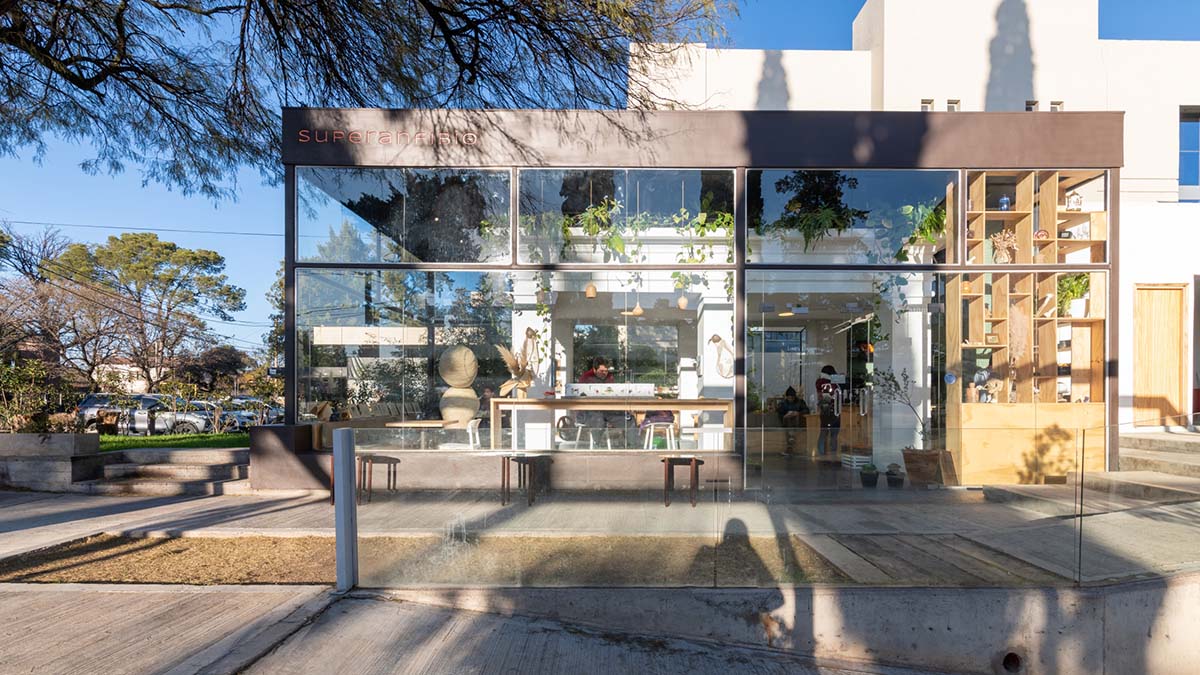 A key moment of the design process was when in the removal of the elements that had been accumulated over time by other businesses that functioned previously in the site, the architects found an antique water tank and gallery from the original house with a system of columns and ceiling with cantilever and antique moldings. 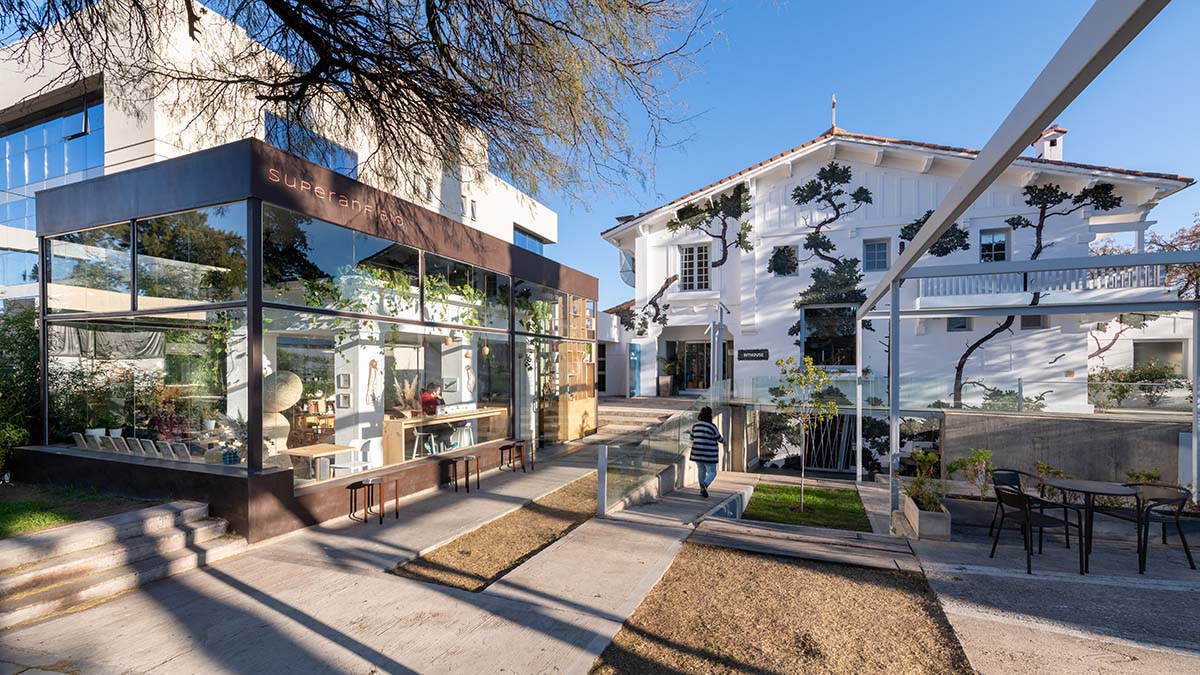 Facing this discovery, we decided to put the pre-existence in a protagonist role of the coffee shop using it to organize the circulation and exposition space under the ceiling and over it filling it with plants that falls into the space, this element is surrounded by a glass skin with a retreat from the edges that generate a double height in which the permanence places and kitchen are organized. 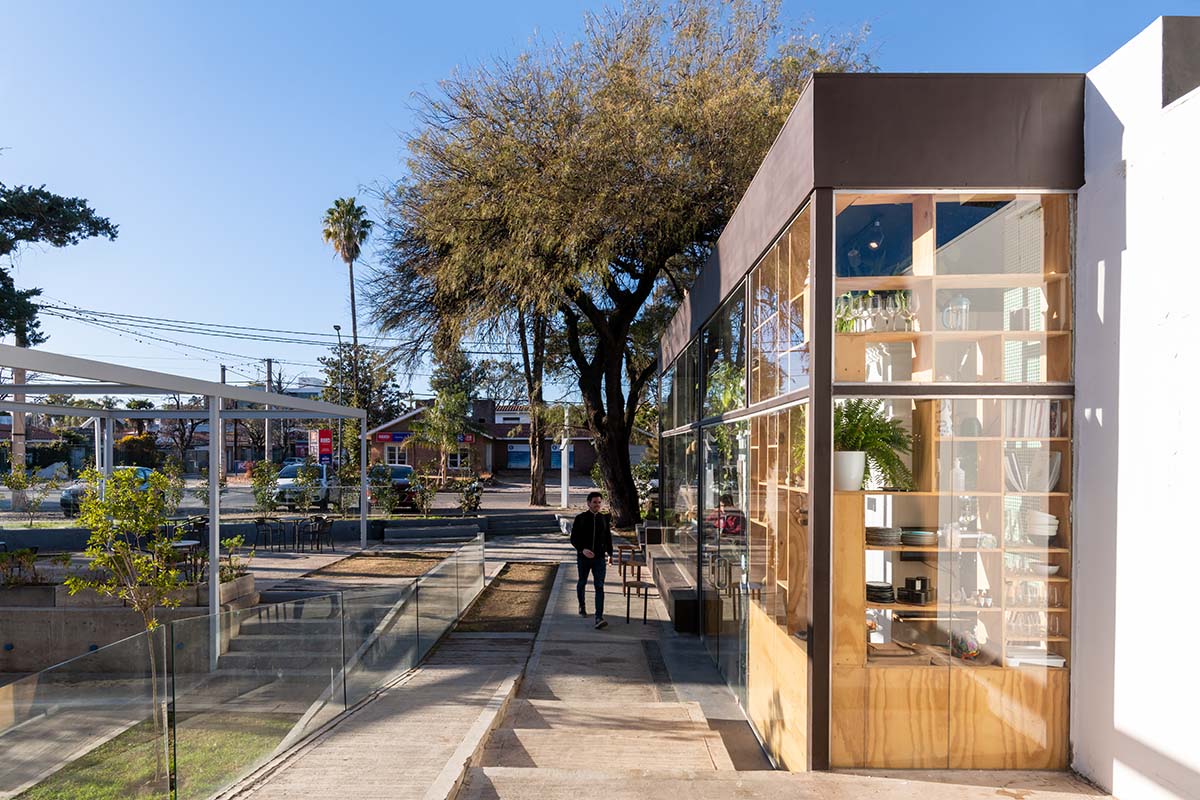 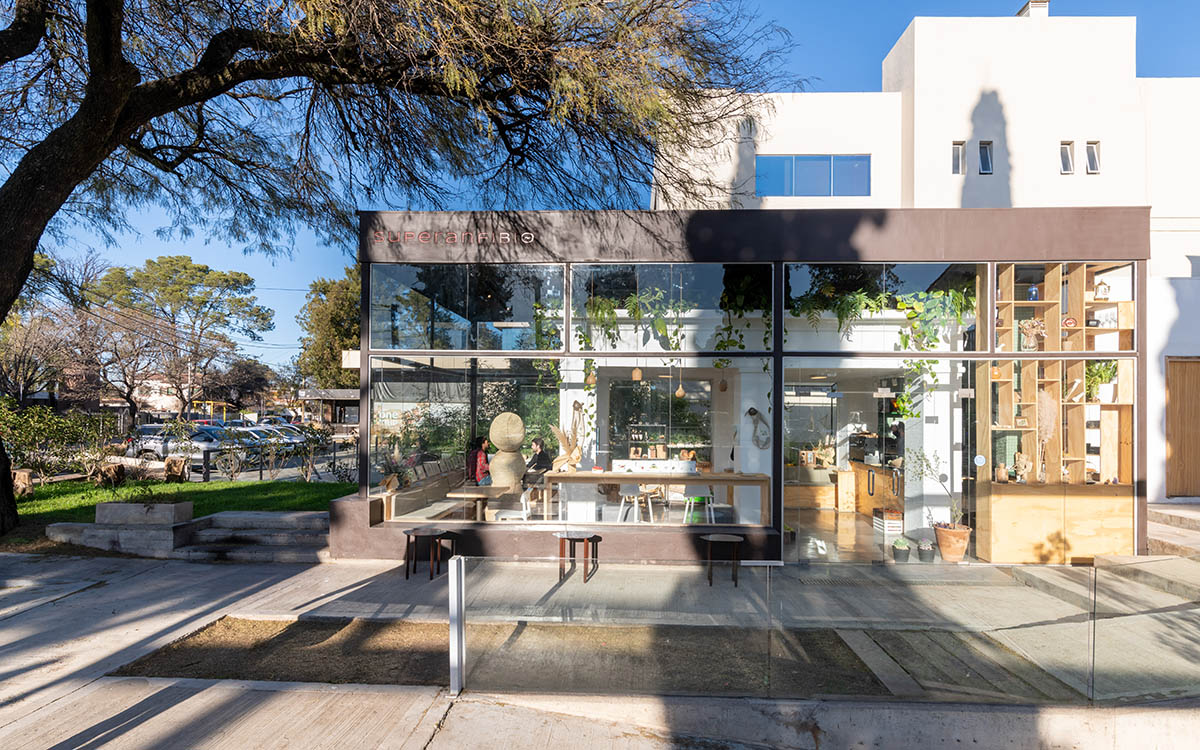 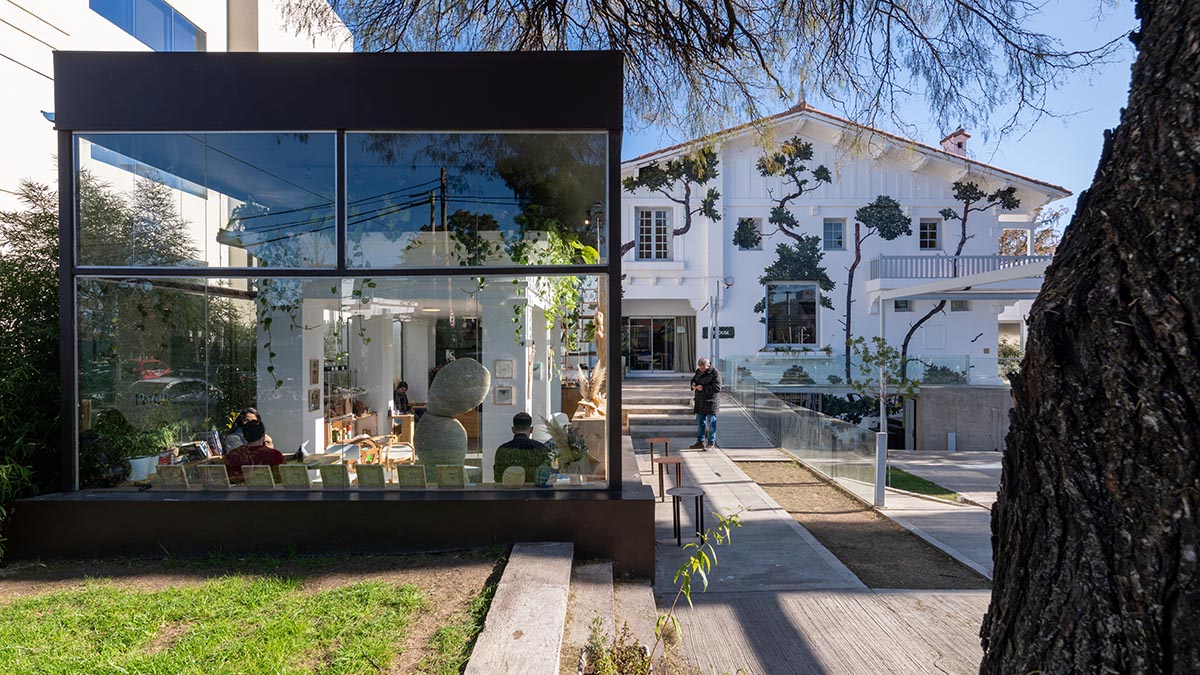 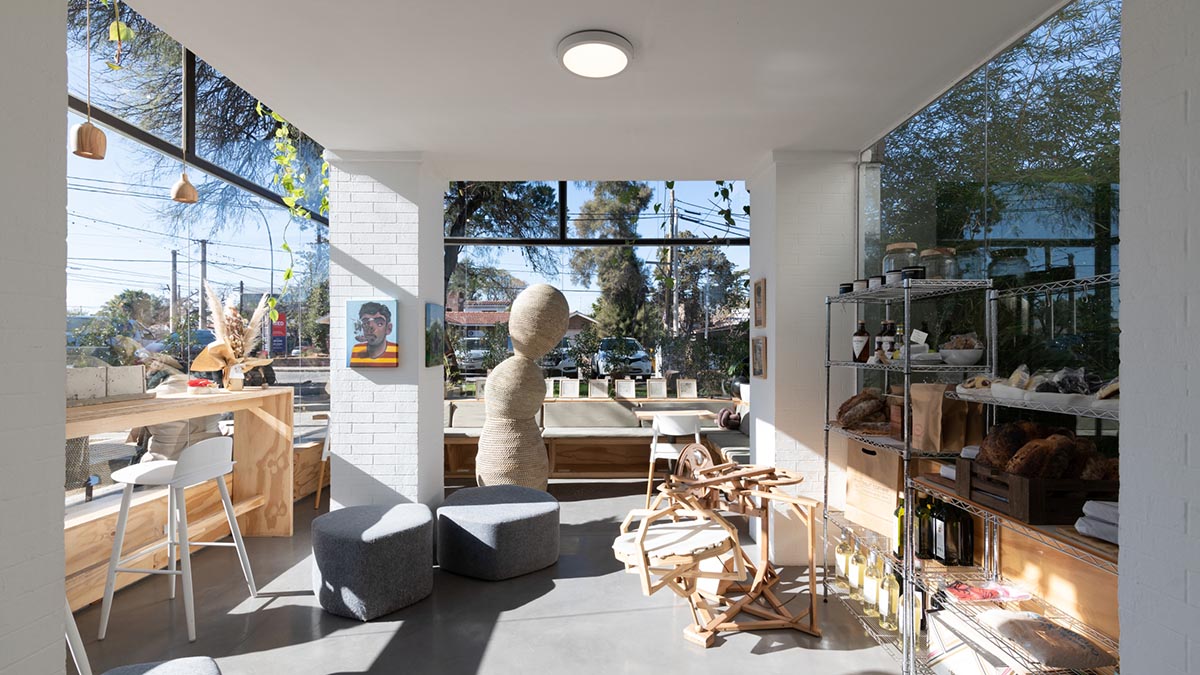 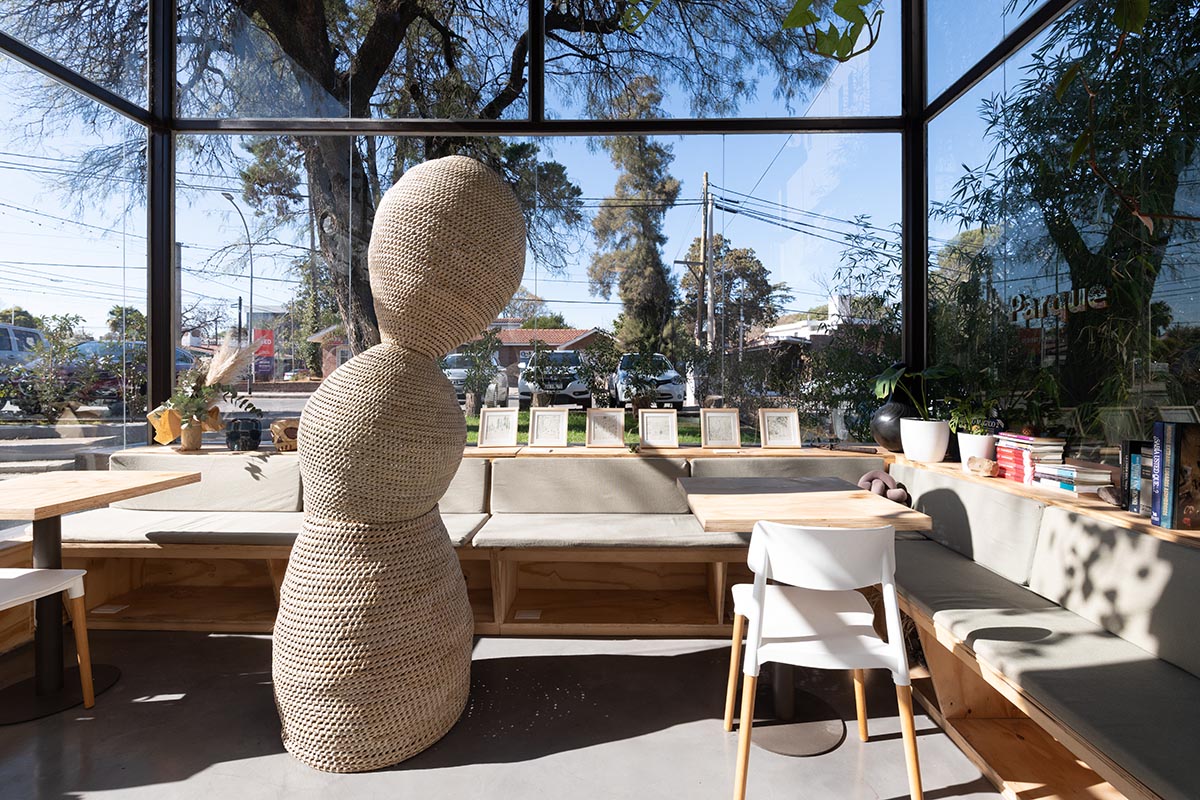 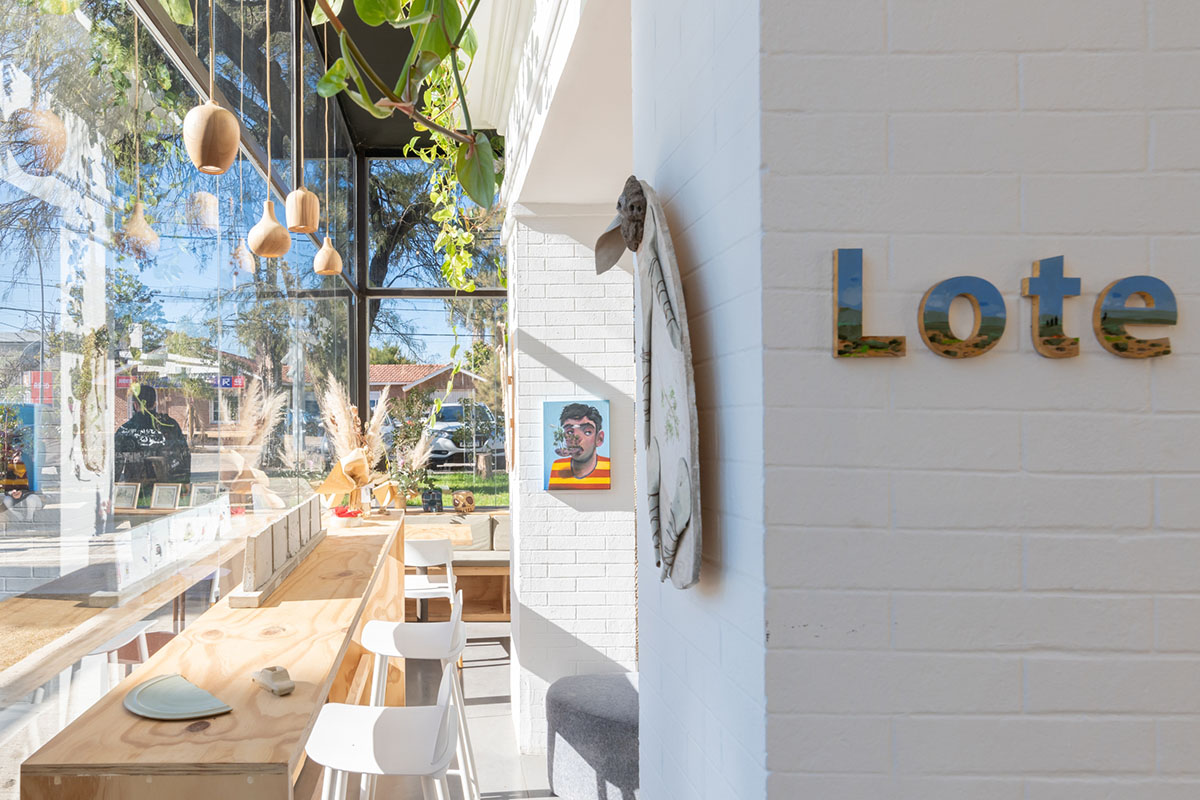 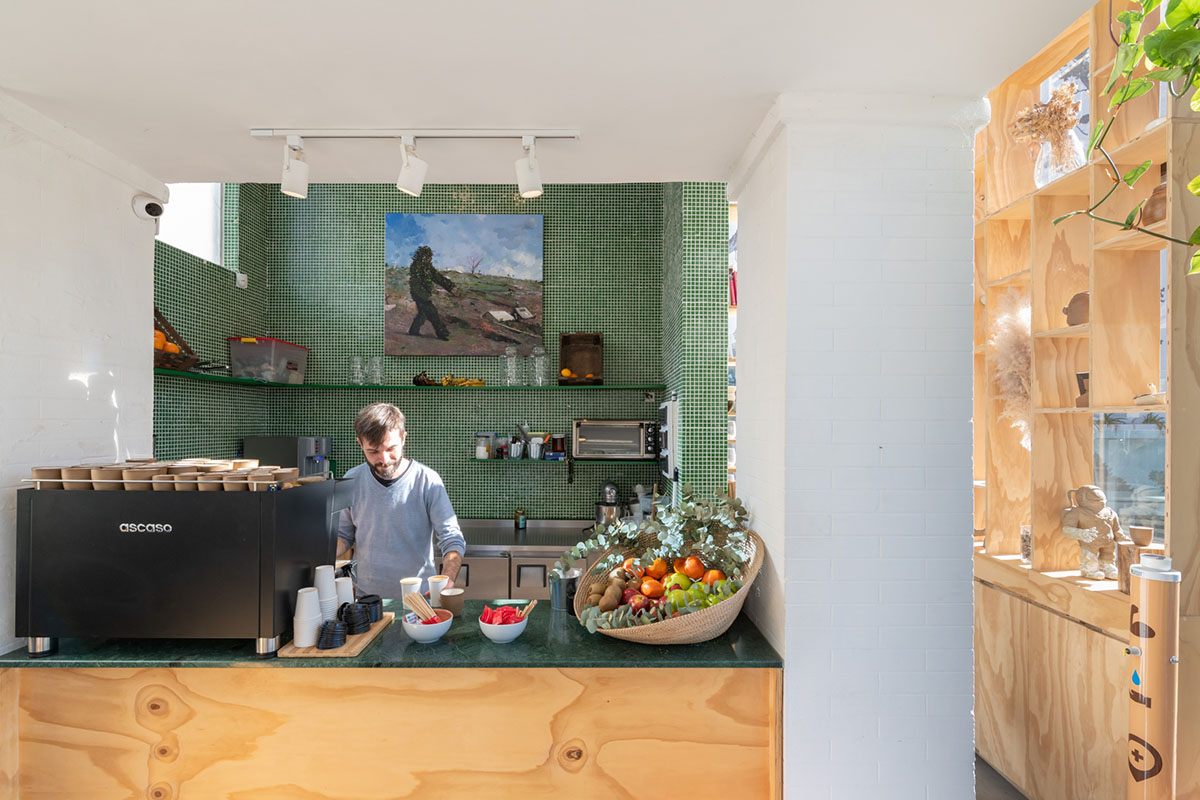 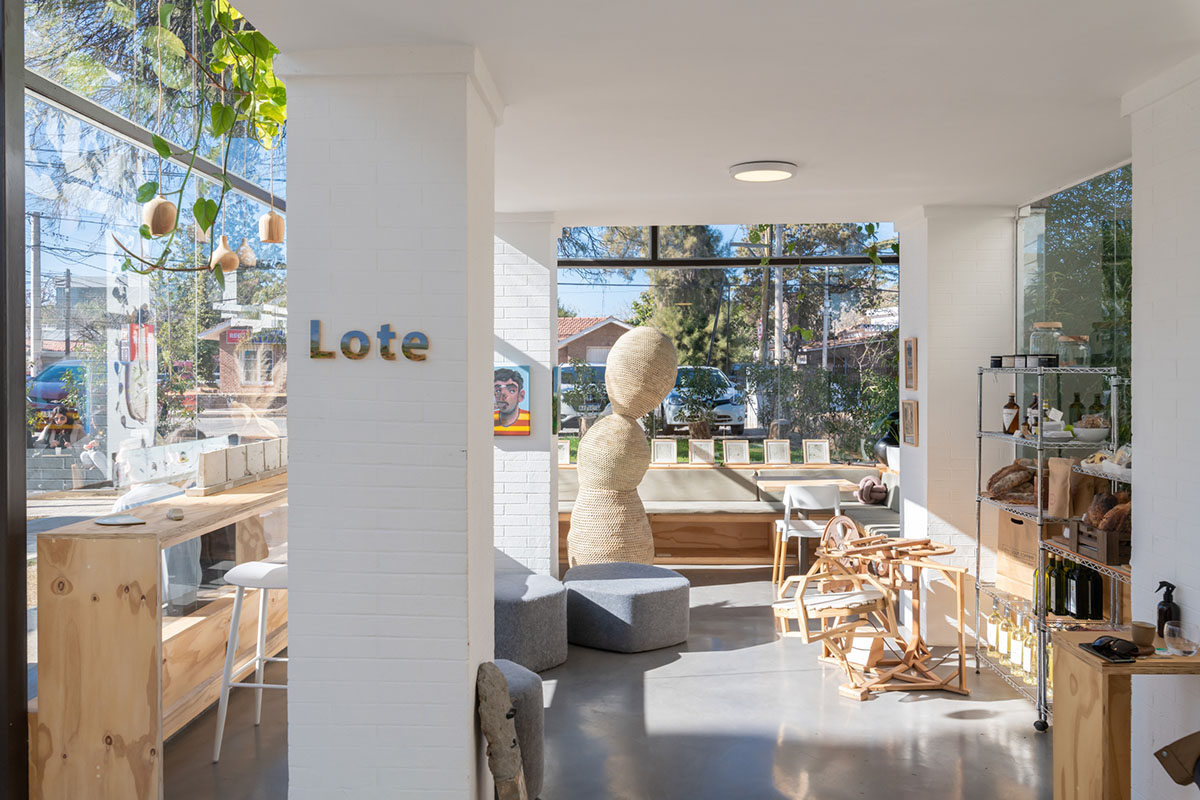 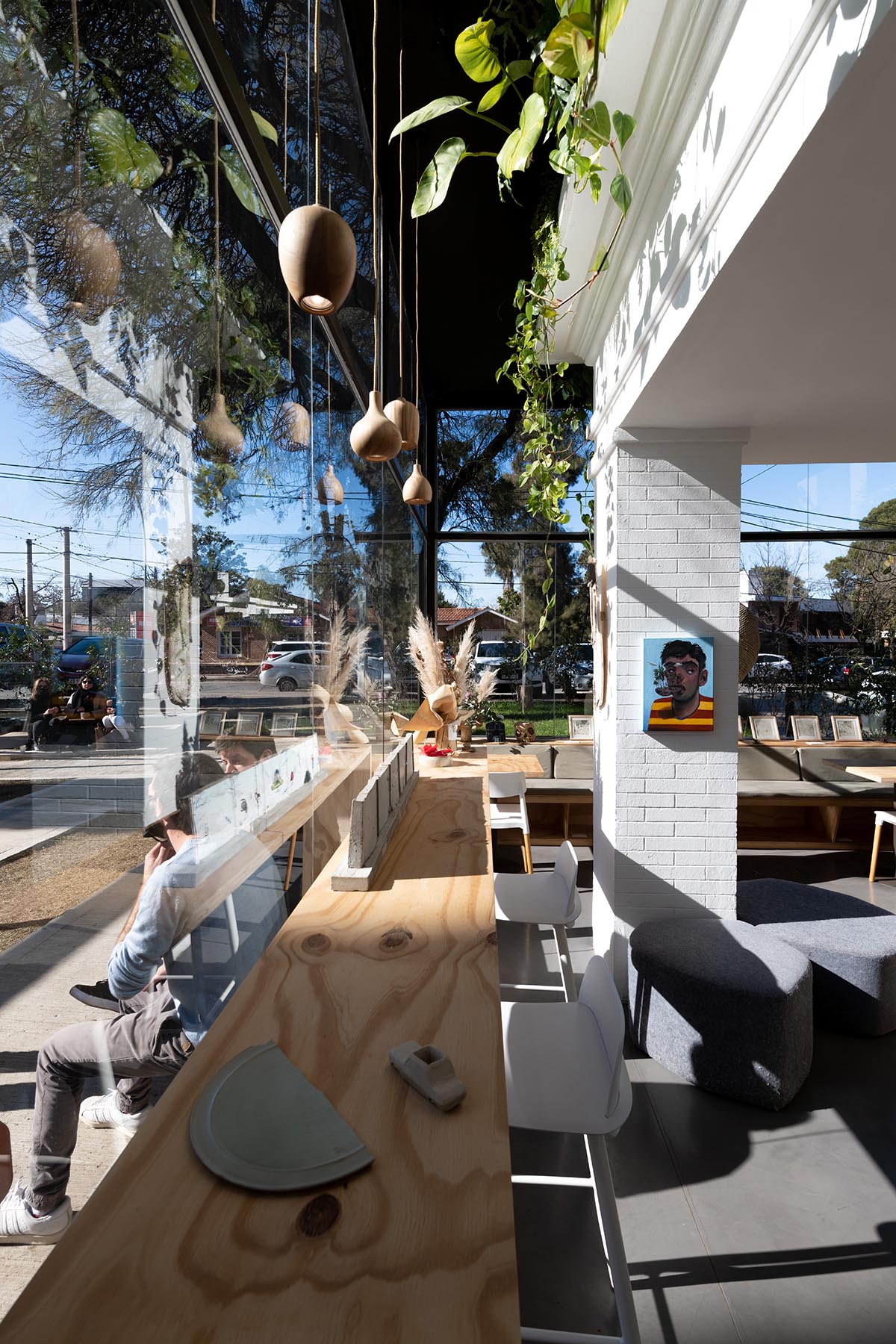 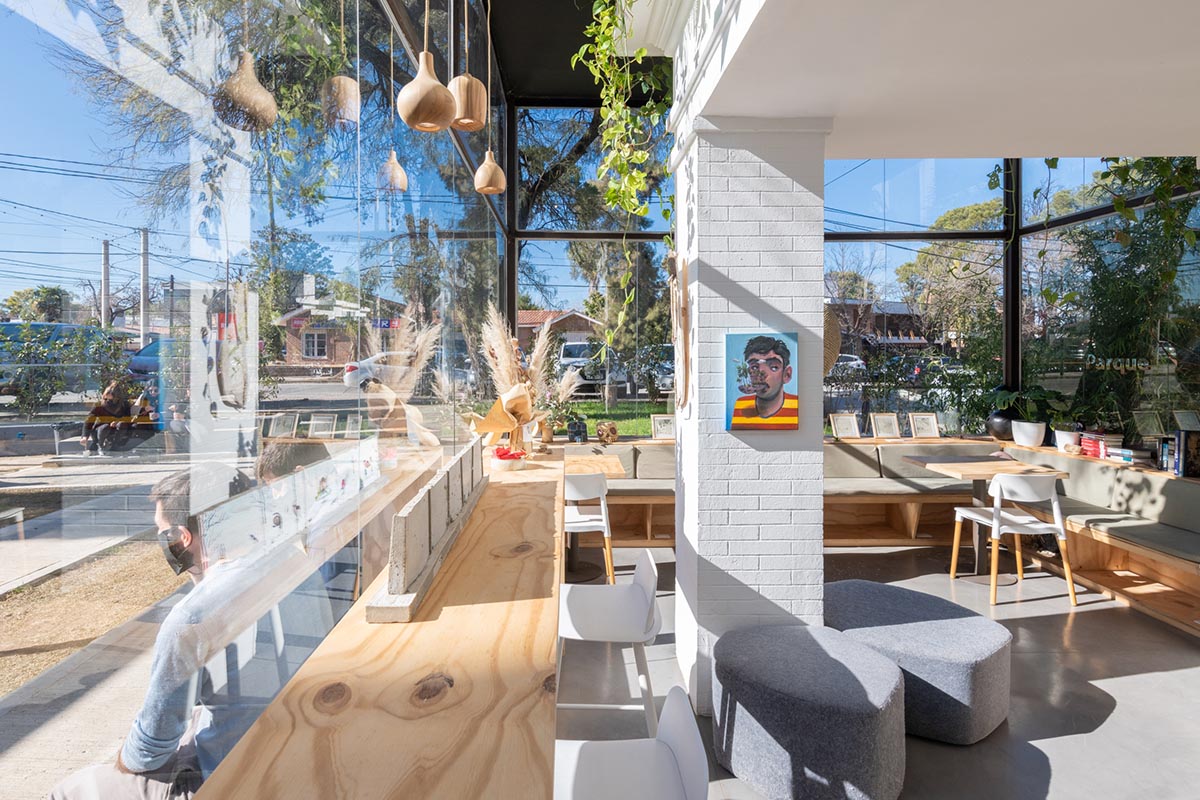 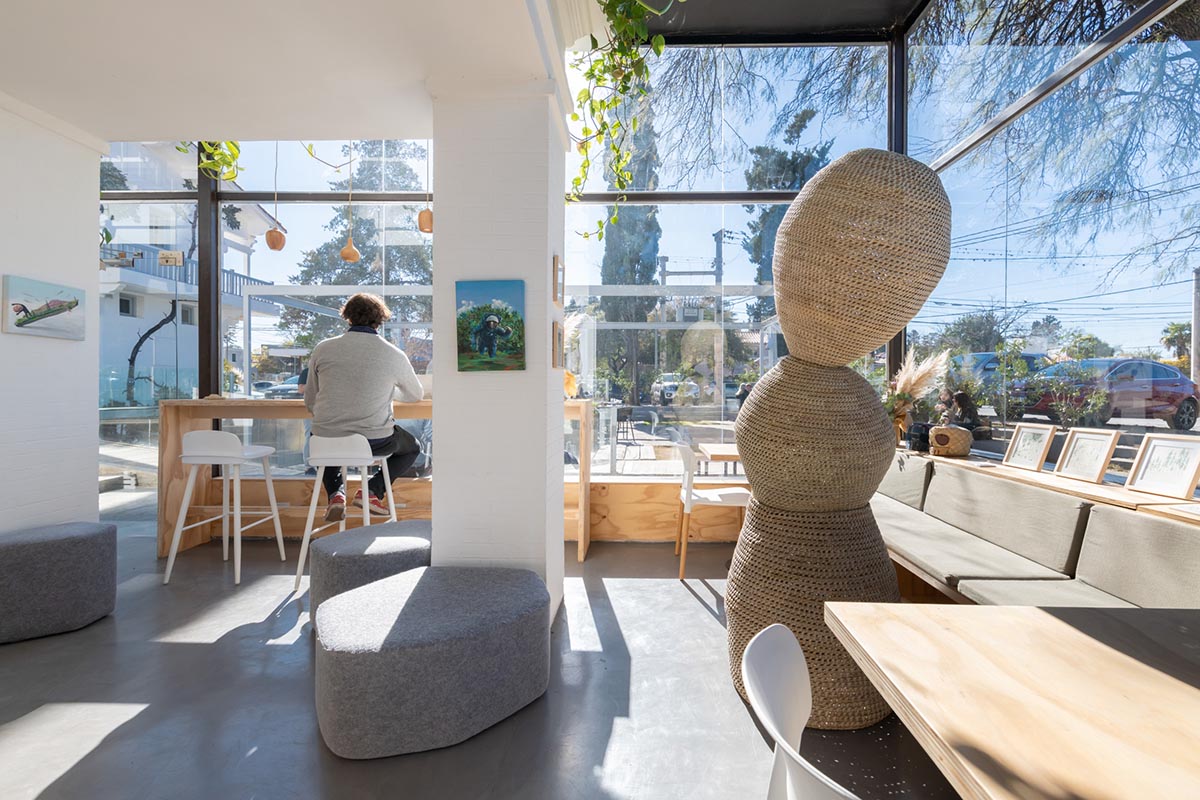 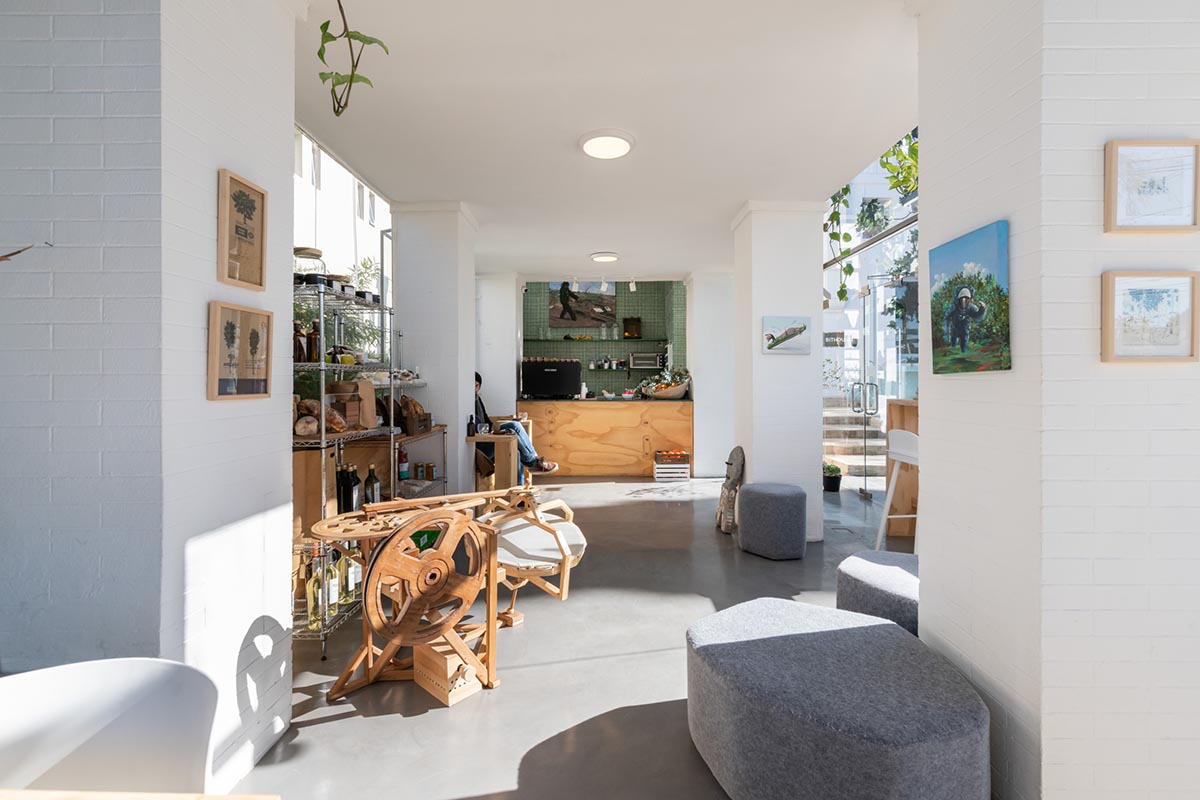 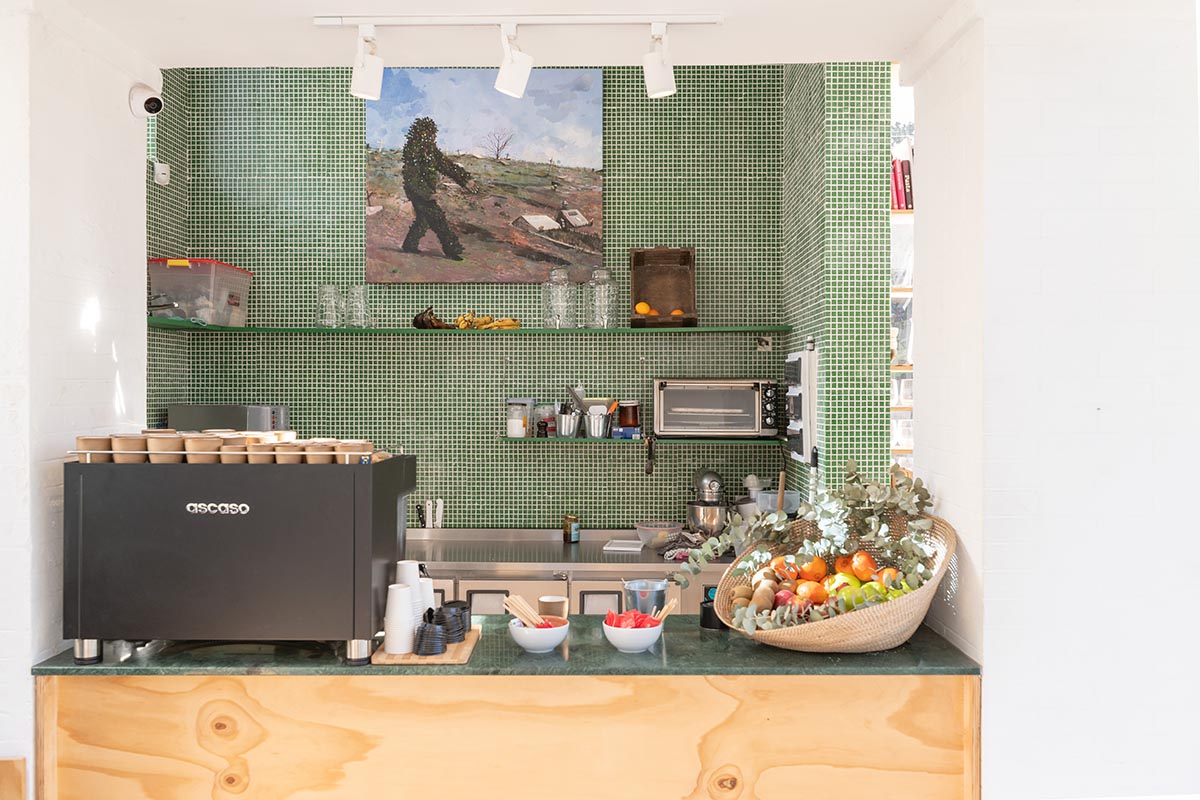 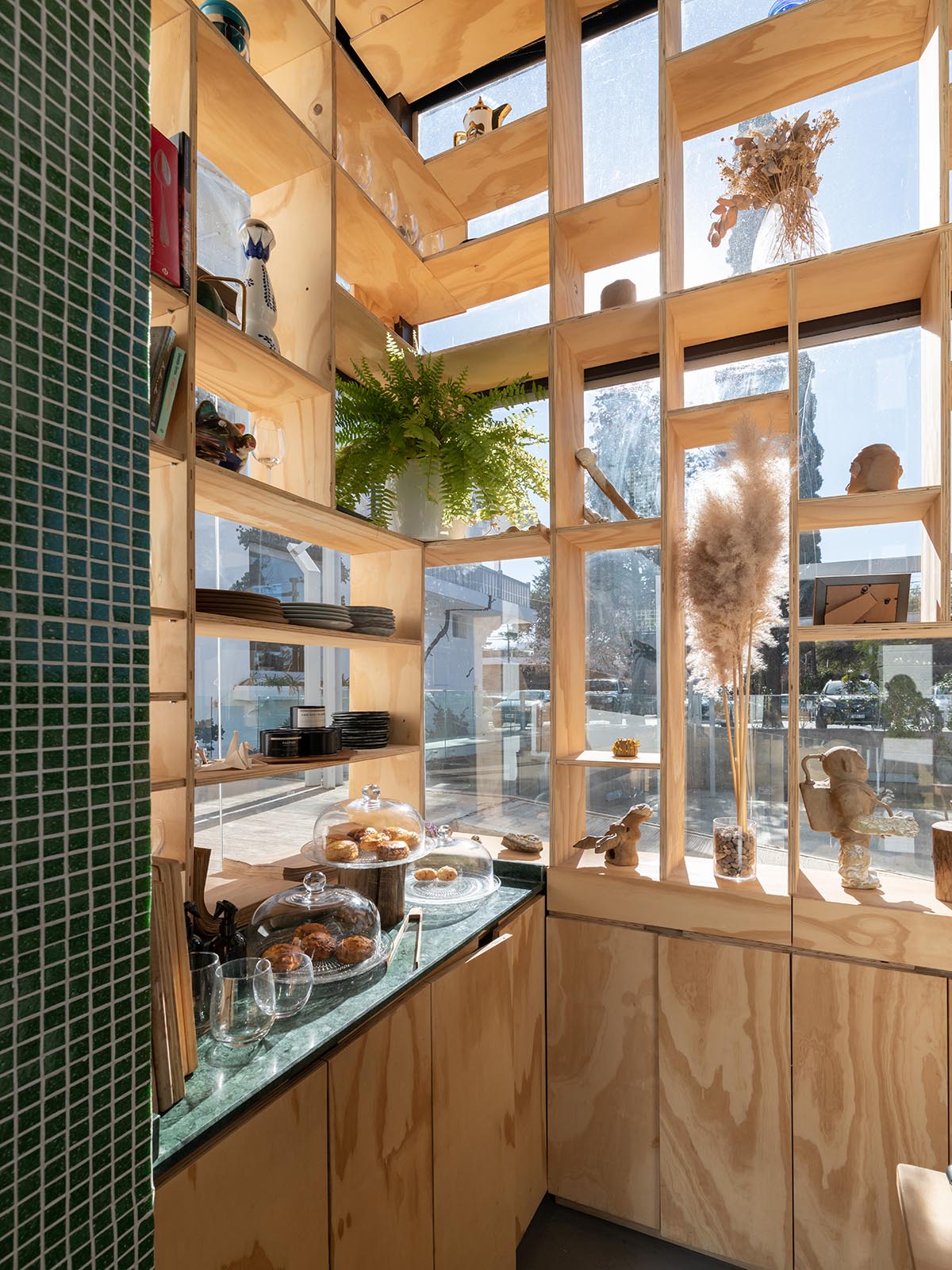 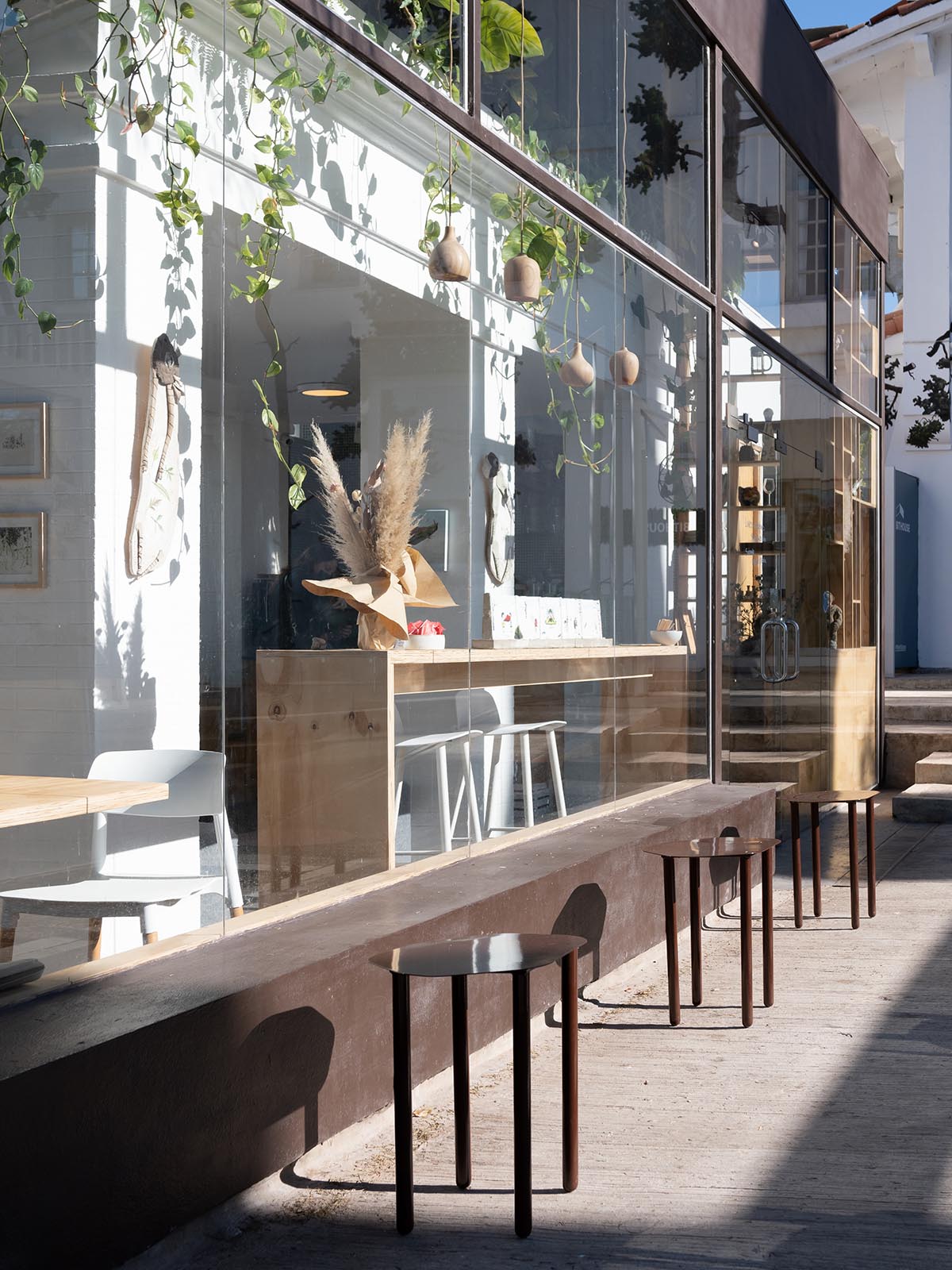 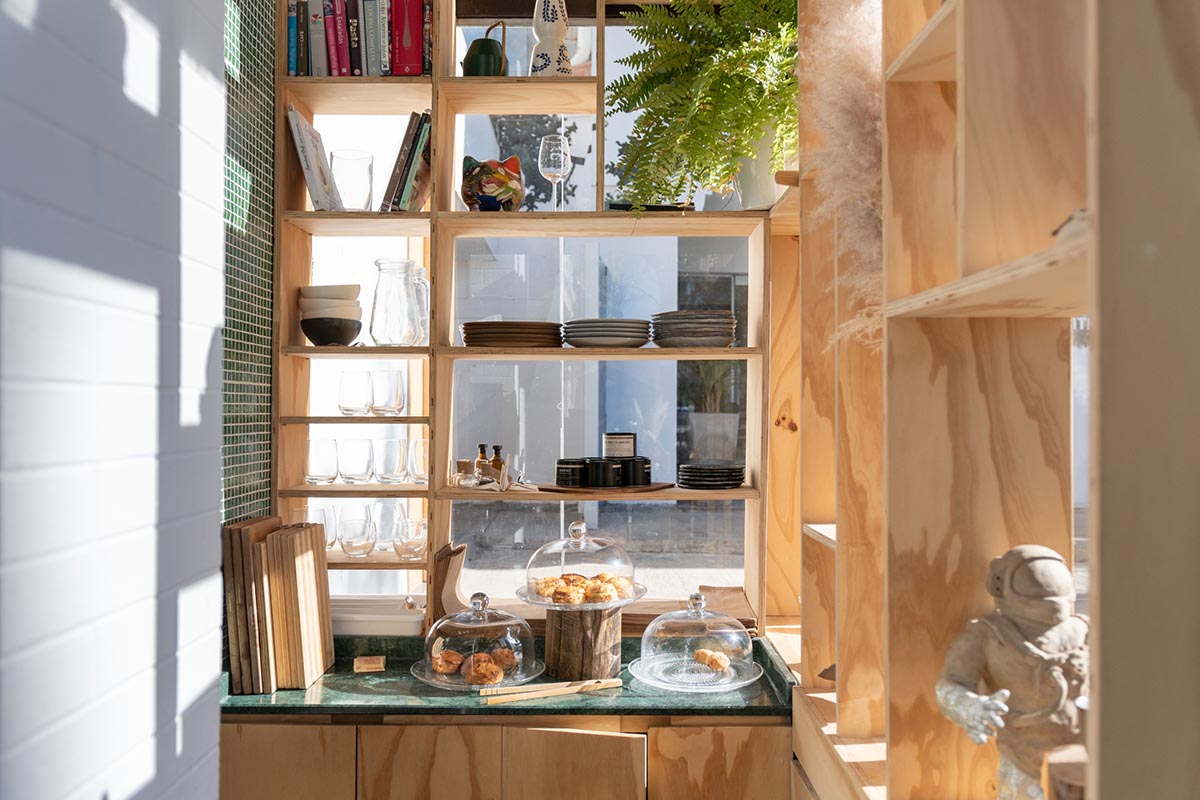 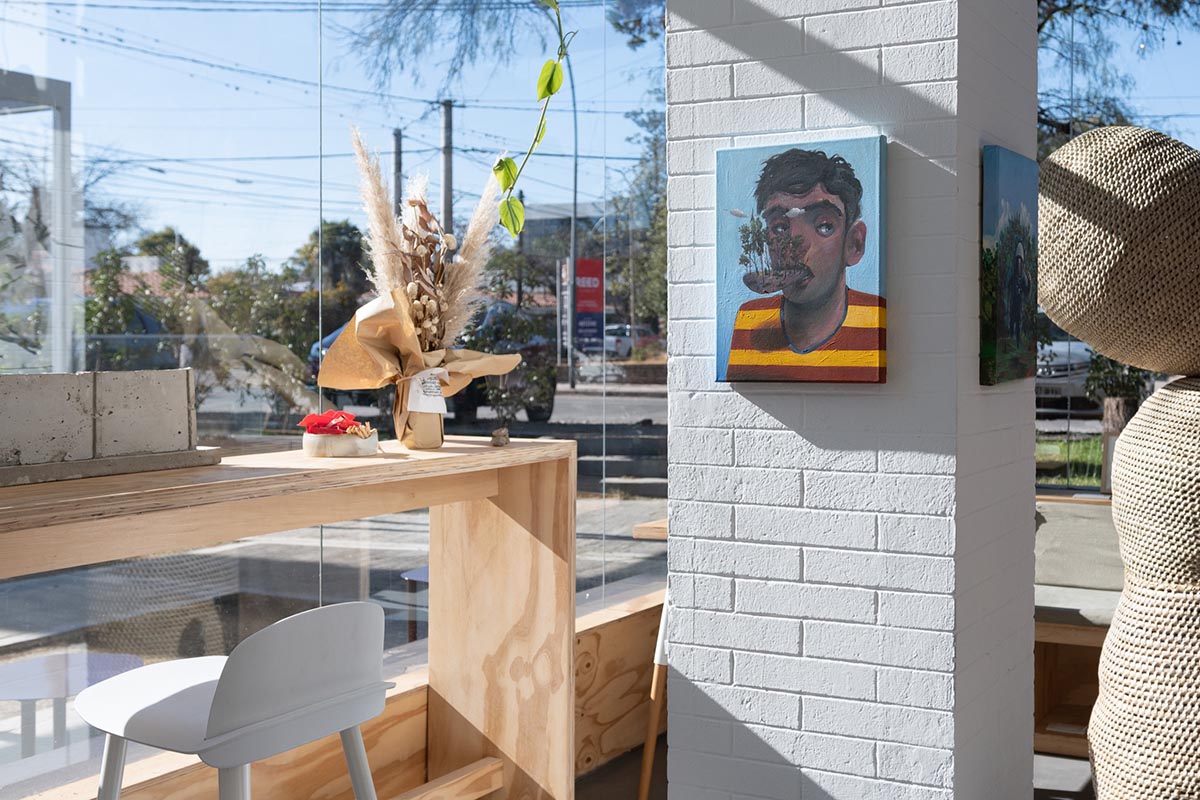 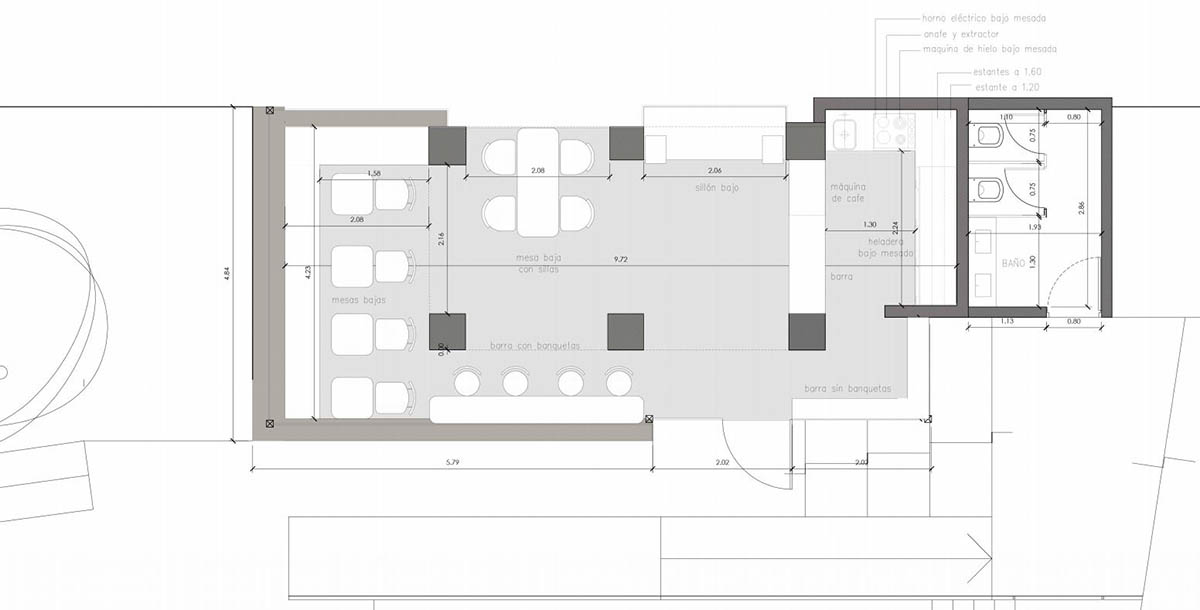