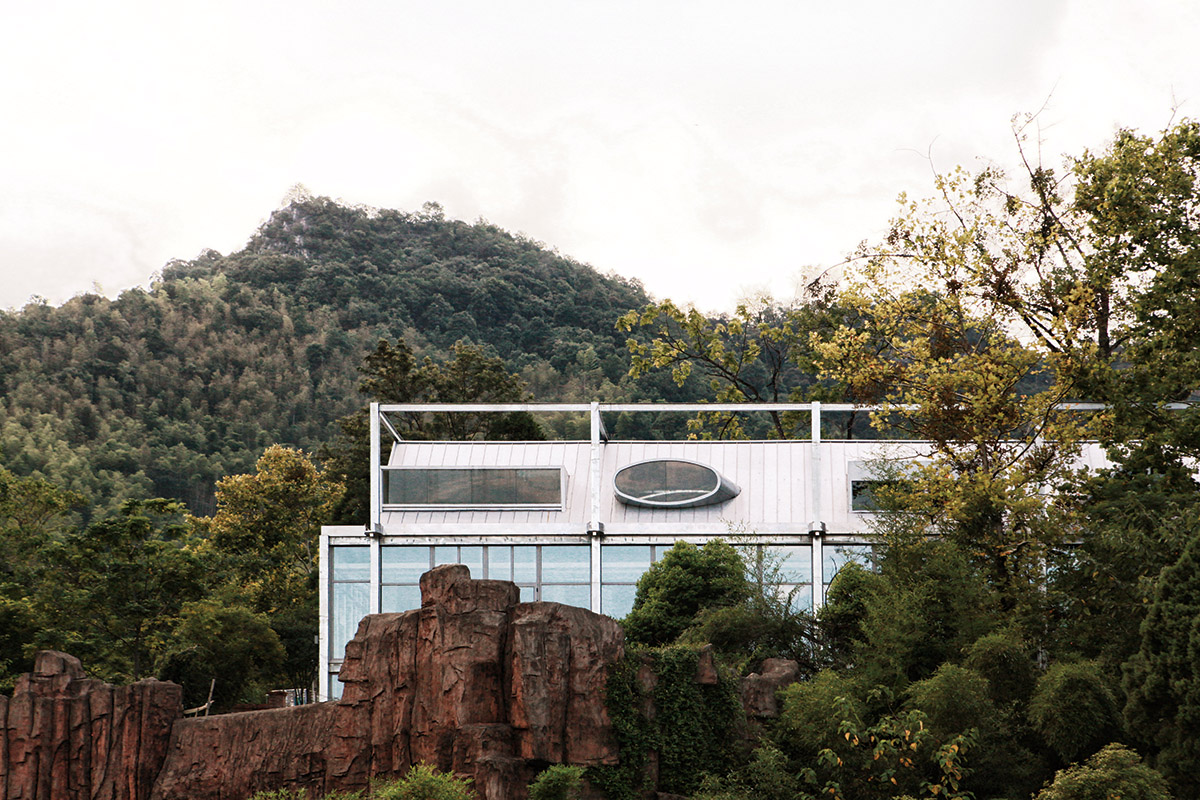 Named Ten Times Hotel, the 1,055-square-metre building is located within a lush forest and was renovated by keeping the original structure of the existing buildings. 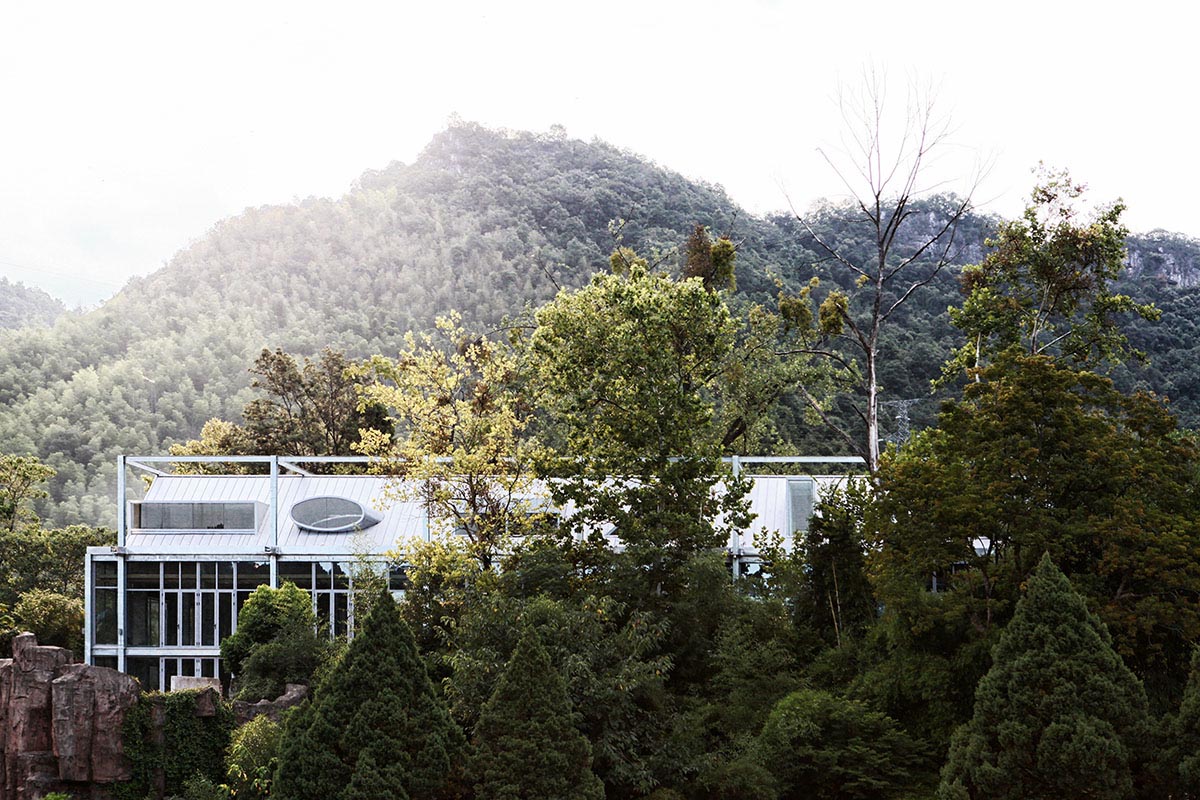 "Originally to be the dormitory building of Shangyou River Hydropower Station in Shangyou County, Ganzhou City, Jiangxi Province, the site is close to Yangming Lake Scenic Area which has beautiful natural scenery and is about 40-50 minutes' drive distance from downtown Ganzhou," said the architects.

"Following the redevelopment scheme of the hydropower station, the original office buildings and dormitories which were in vacant since 2000 are included in an updated tourism development plan of Ganzhou City and the site is transformed into a tourists’ homestay place." 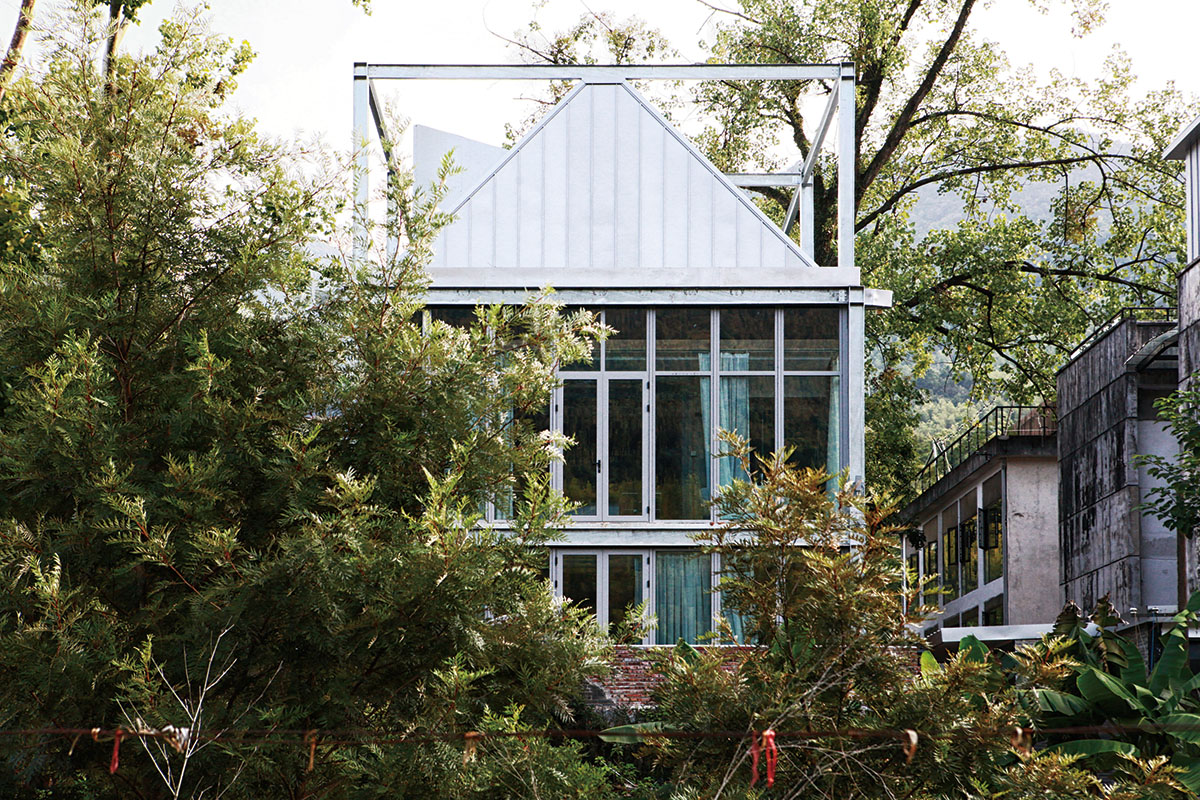 The new plans established an external steel frame as the basic structure of the overall building, which sets up a new facade system for the old building, as well as provides structural support for the new roof attic and a new logistics traffic space. 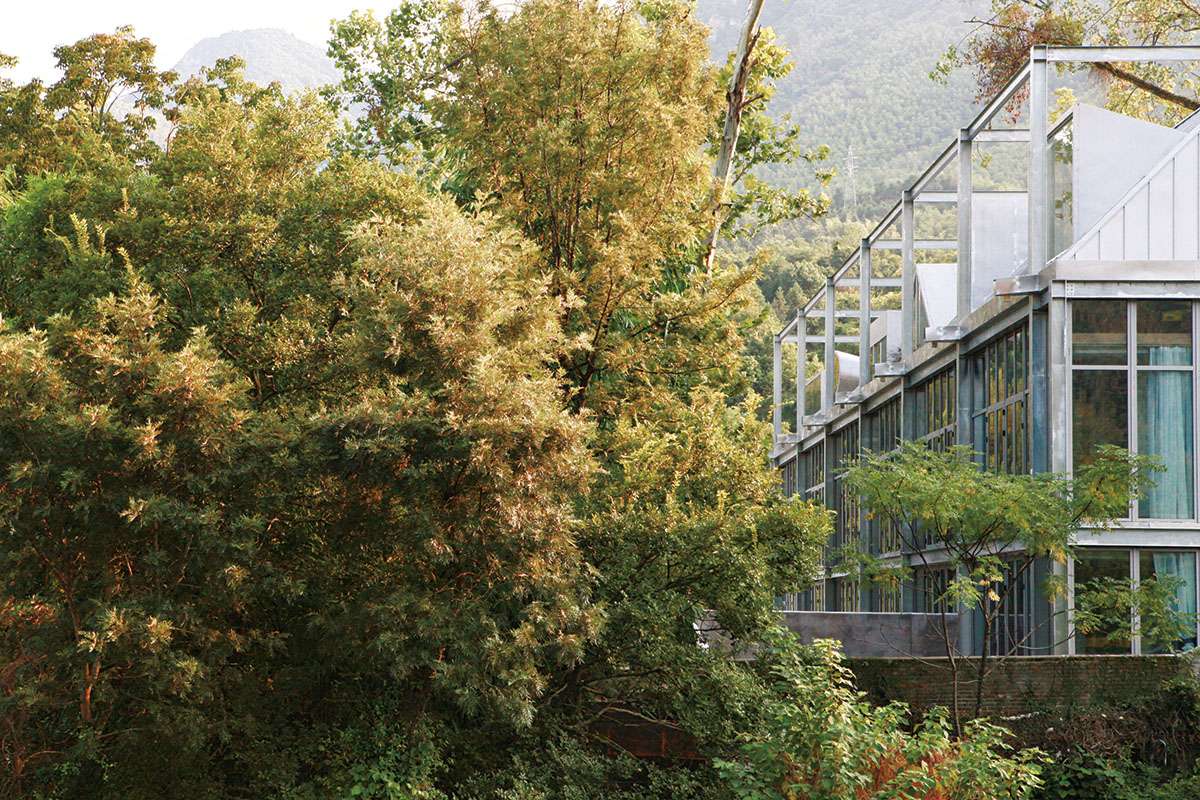 The design retains basic shape and volume of the original building. The studio added a new glass facade reshaping the overall image of the building, and also turned the semi-outdoor corridor space into a part of the indoors, aiming to enrich the internal and external space relationship.

"Most importantly, it makes the indoor space brighter with more sun lights," added the firm. 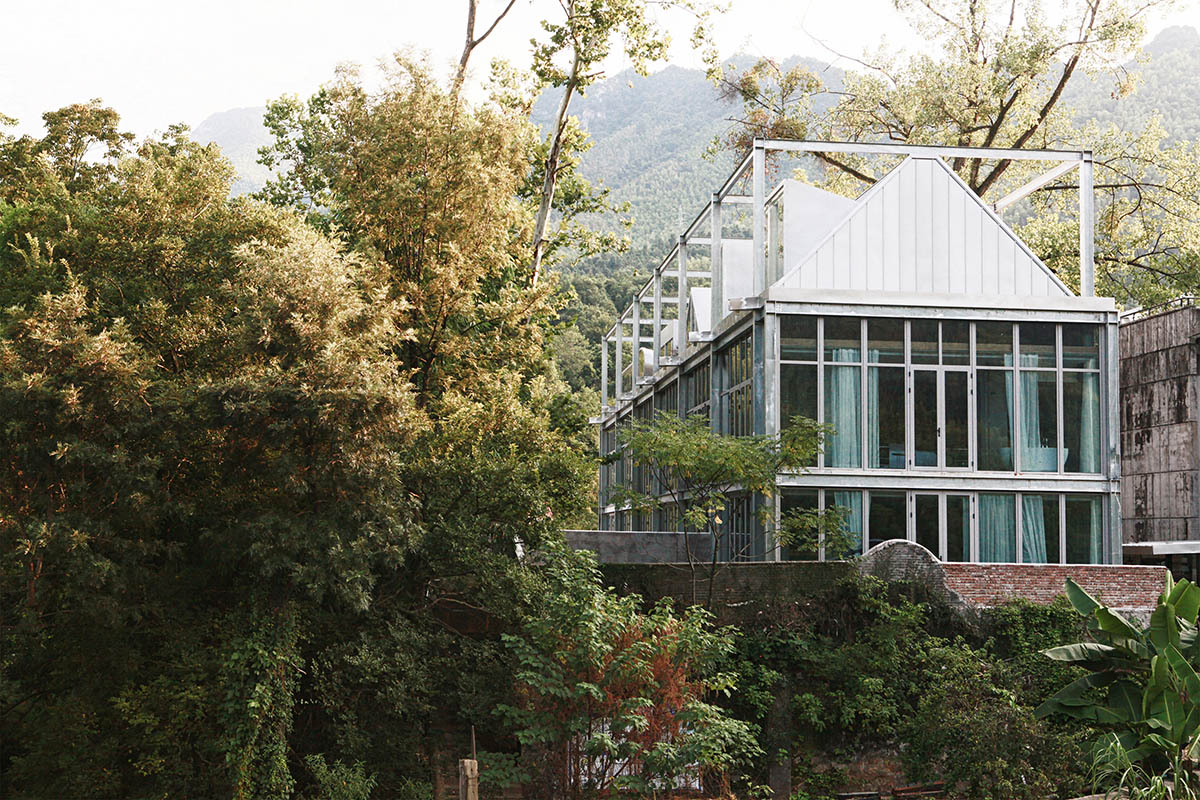 The exterior walls of 12 original small rooms (15 square meters each room) which was arranged in a straight line are partially opened and these rooms are transformed into open and comfortable guest rooms that are immersed with surrounding environment. 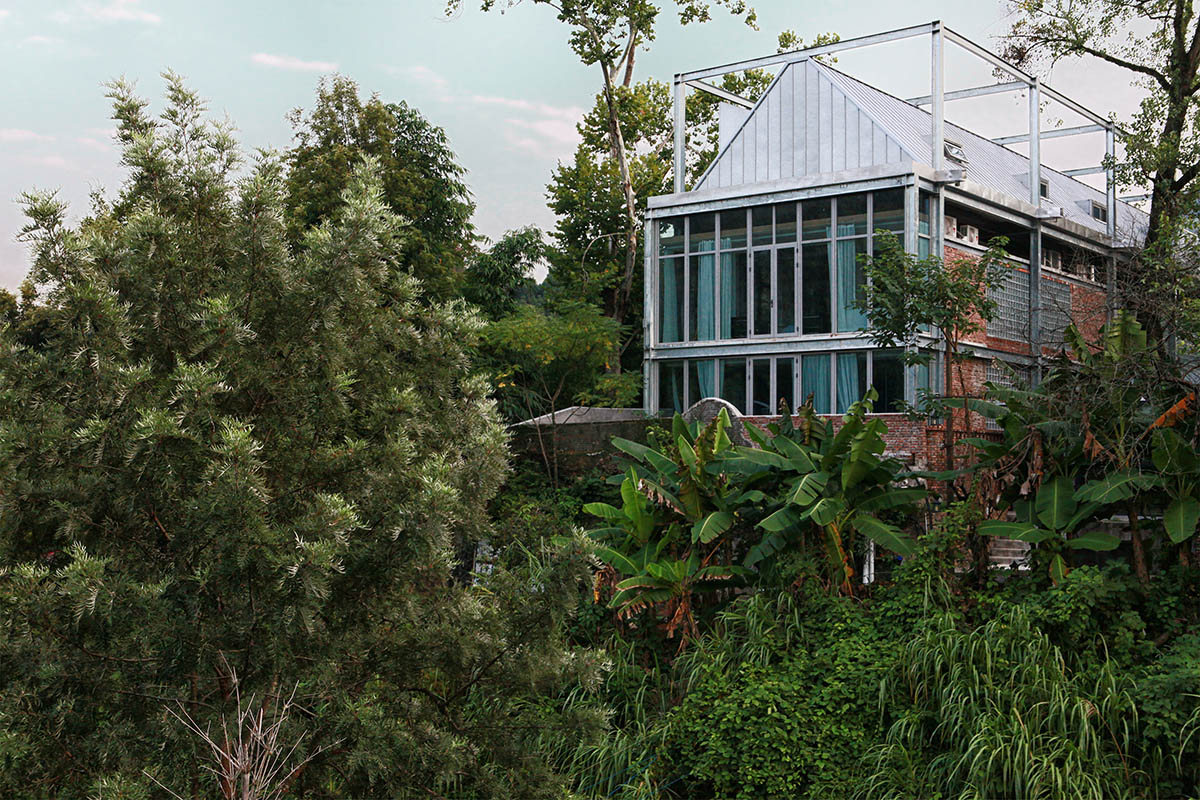 As the studio summarizes, the new design scheme focused on the site status and construction process. "In practical level, Chinese rural architecture design and construction are more likely dominated by cost control and based on regional craftsmanship," the office added.

"In the process, value of a space design is reflected to the greatest extent through a very simple however useful design language."

The architects also explained that the most widely used materials in rural architecture, such as steel structure, broken aluminum glass windows, brick and concrete, and plywood, have become unique symbols of rural architecture. 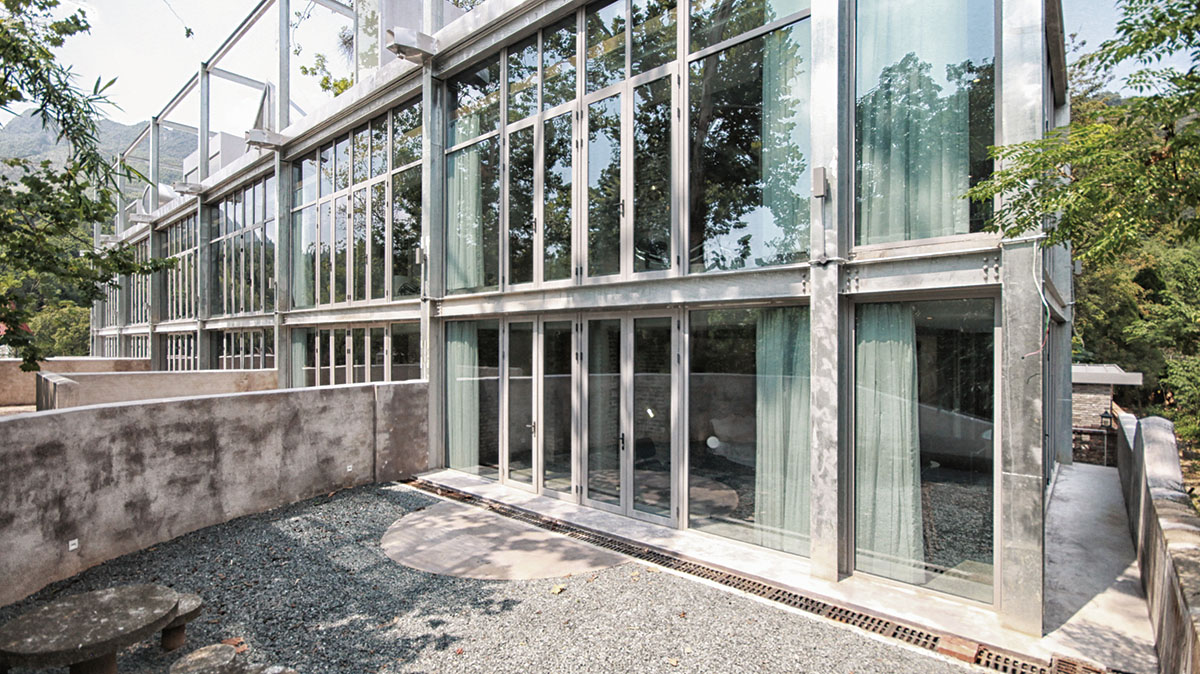 The main structure of the building is inclusive, and different parts show their own independences in functional line, which provides the possibility for development behavior at different stages. 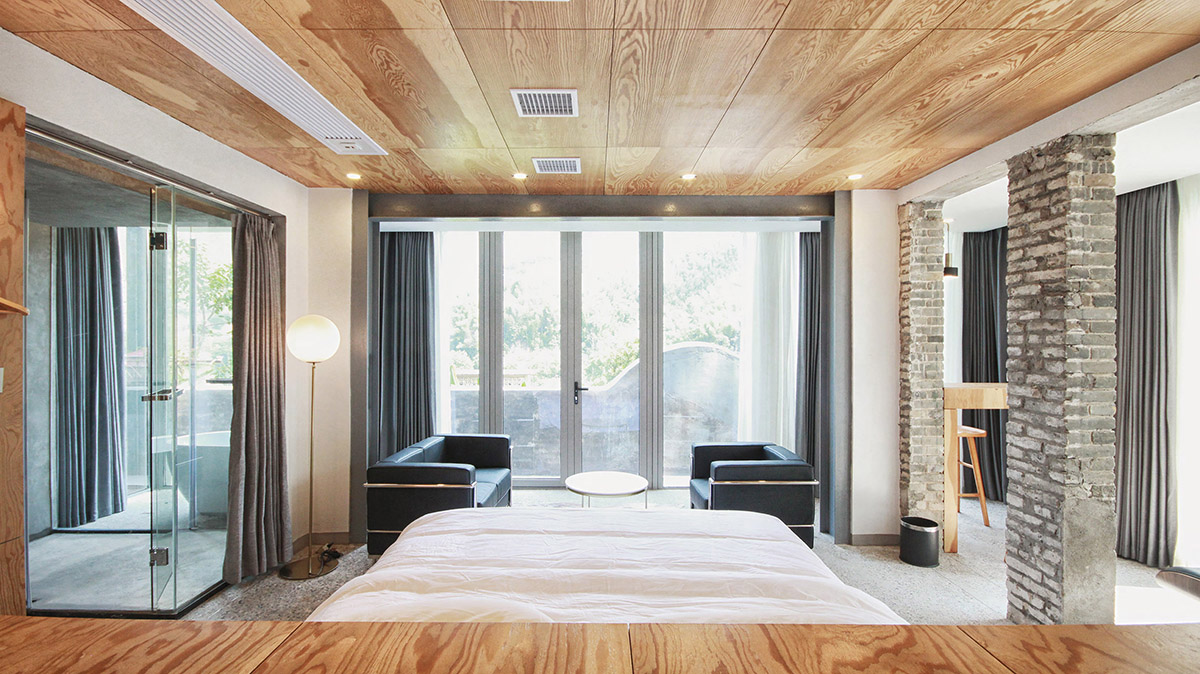 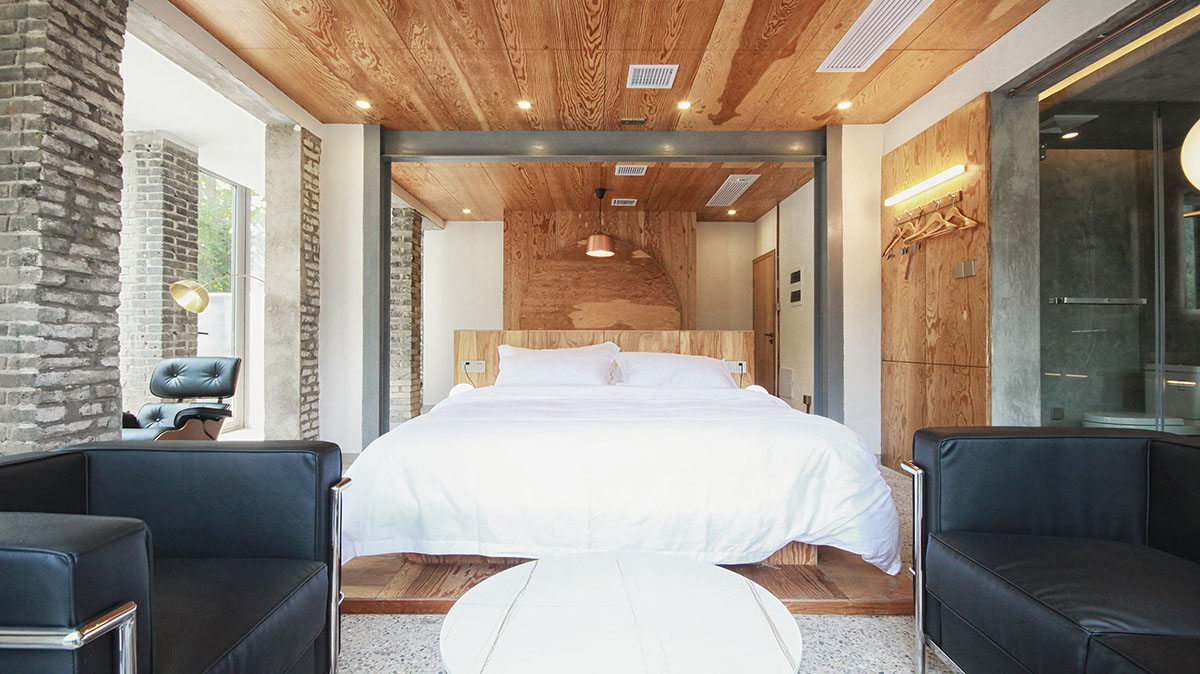 People are closely connected with nature in this place. The original three big trees have been preserved and become part of the building in terms of facade and plan structure.

French windows and the attics suspended in the air. People living here are so easily enter into the external environment getting along with the natural elements. In such a quiet and natural environment in the countryside, Ten Times Hotel provides a localized, leisurely and peaceful way of living.

More importantly, it adapts to the project’s financial situation in the real world and integrates the site into the local environment with "brutalism" and free from exquisite design languages, to meet site’s current functional needs. 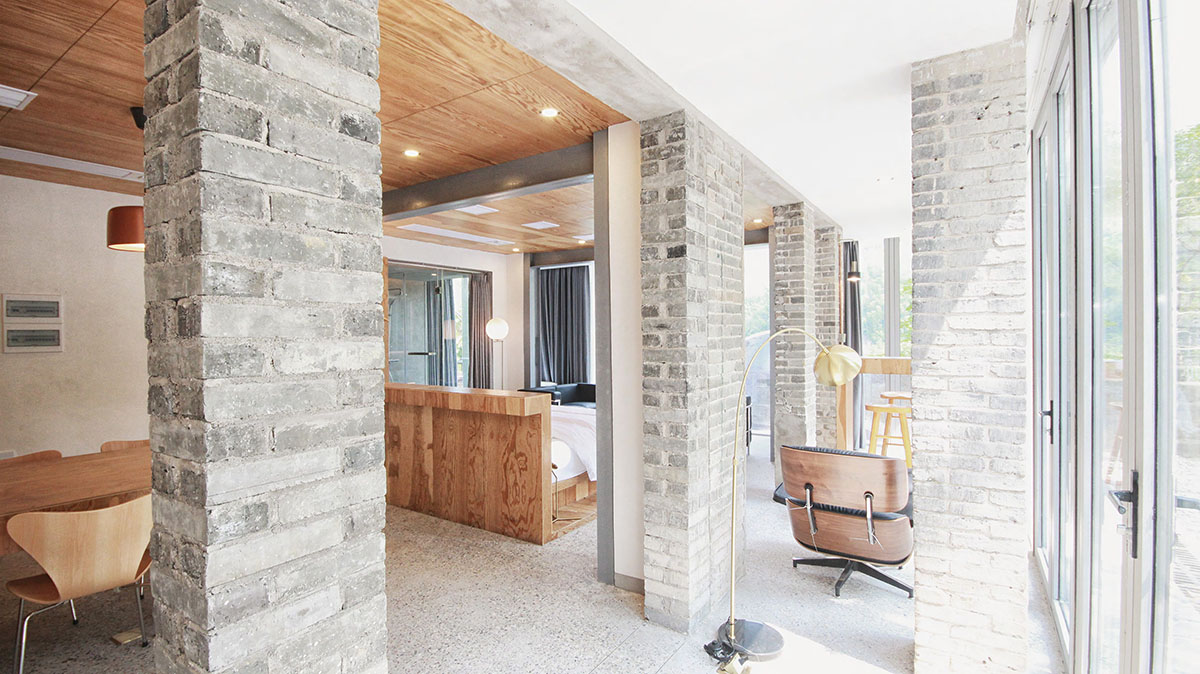 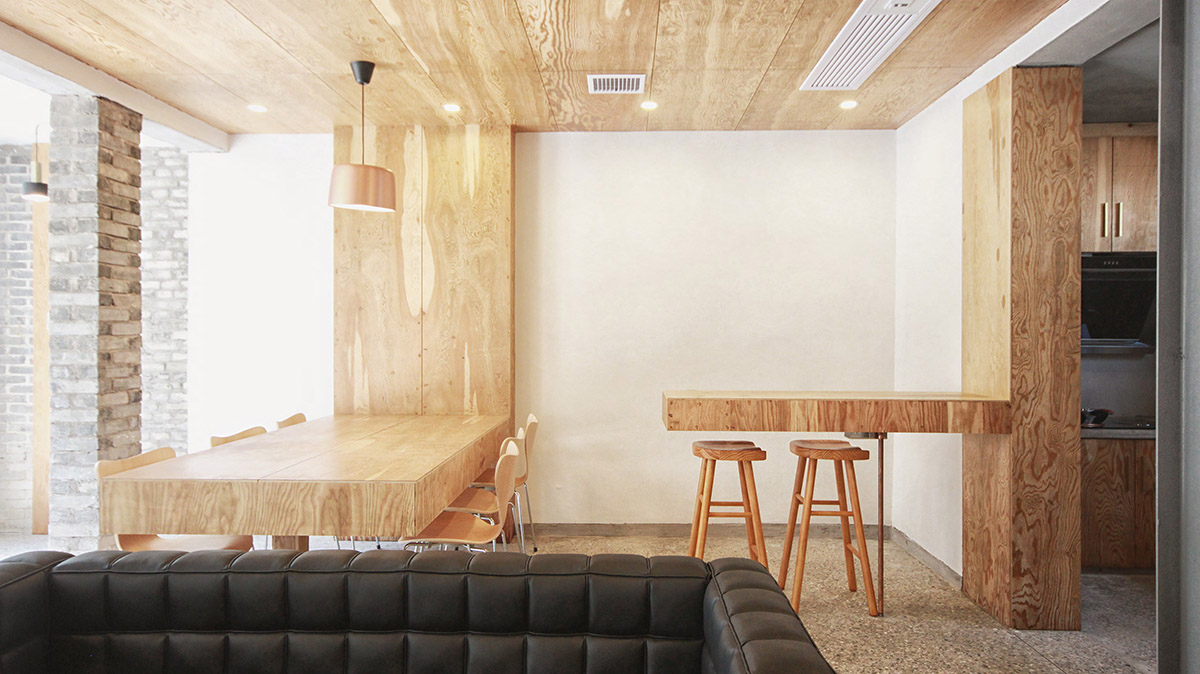 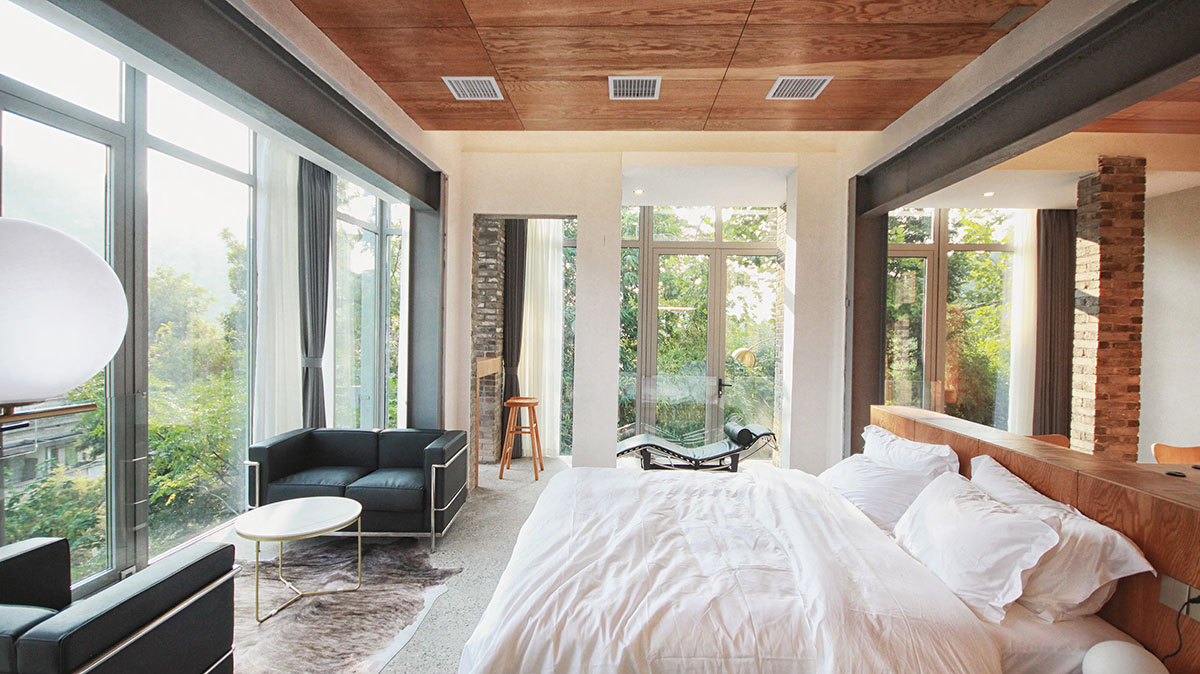 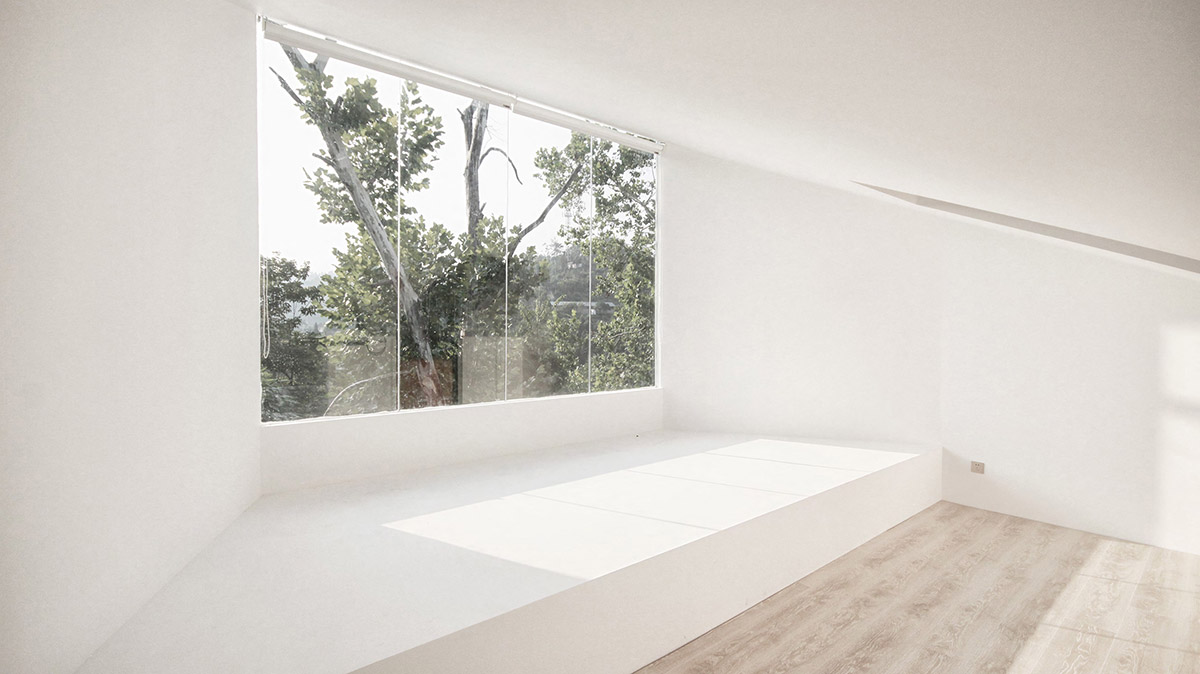 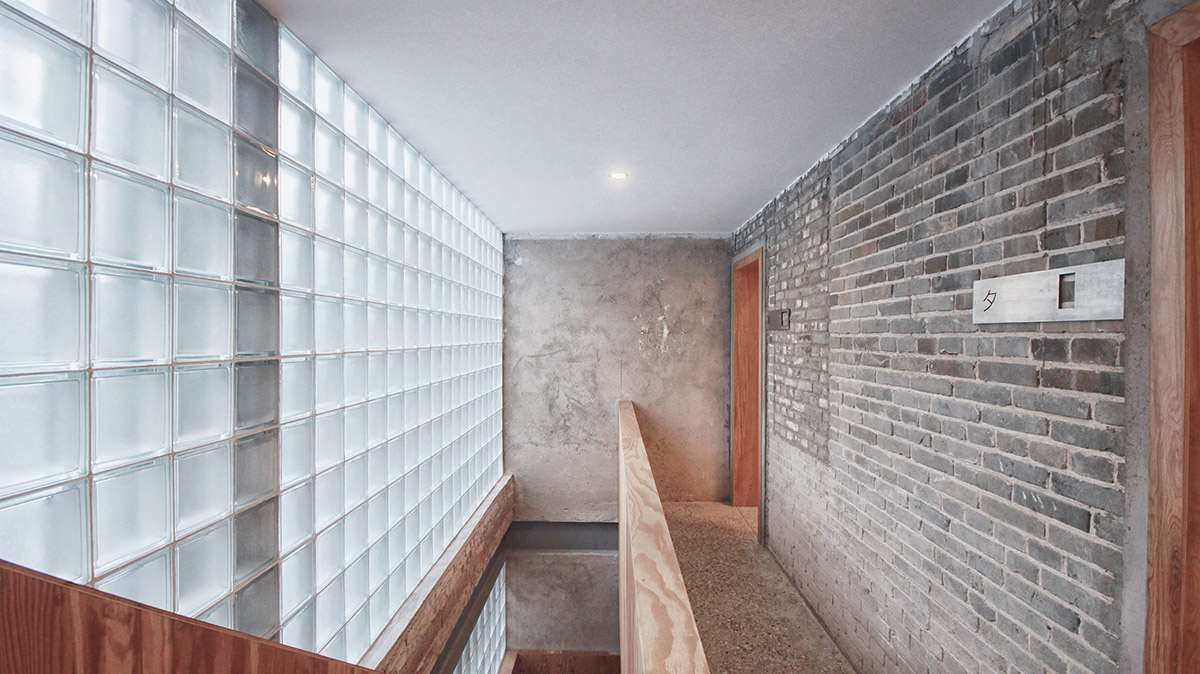 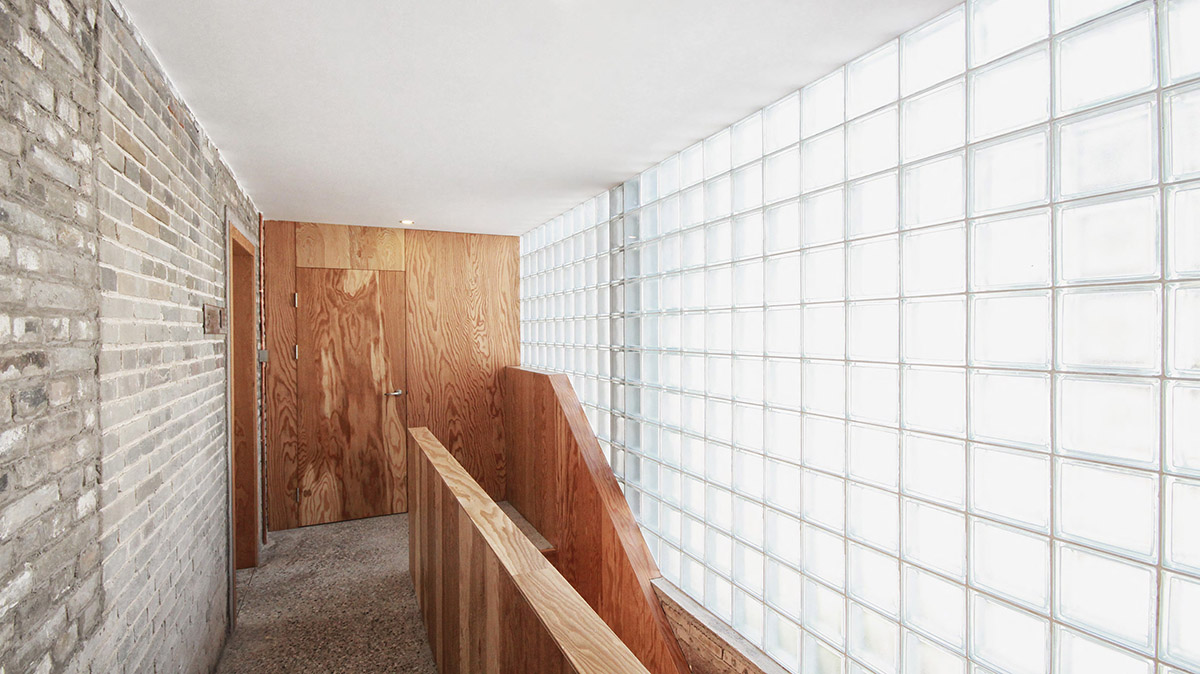 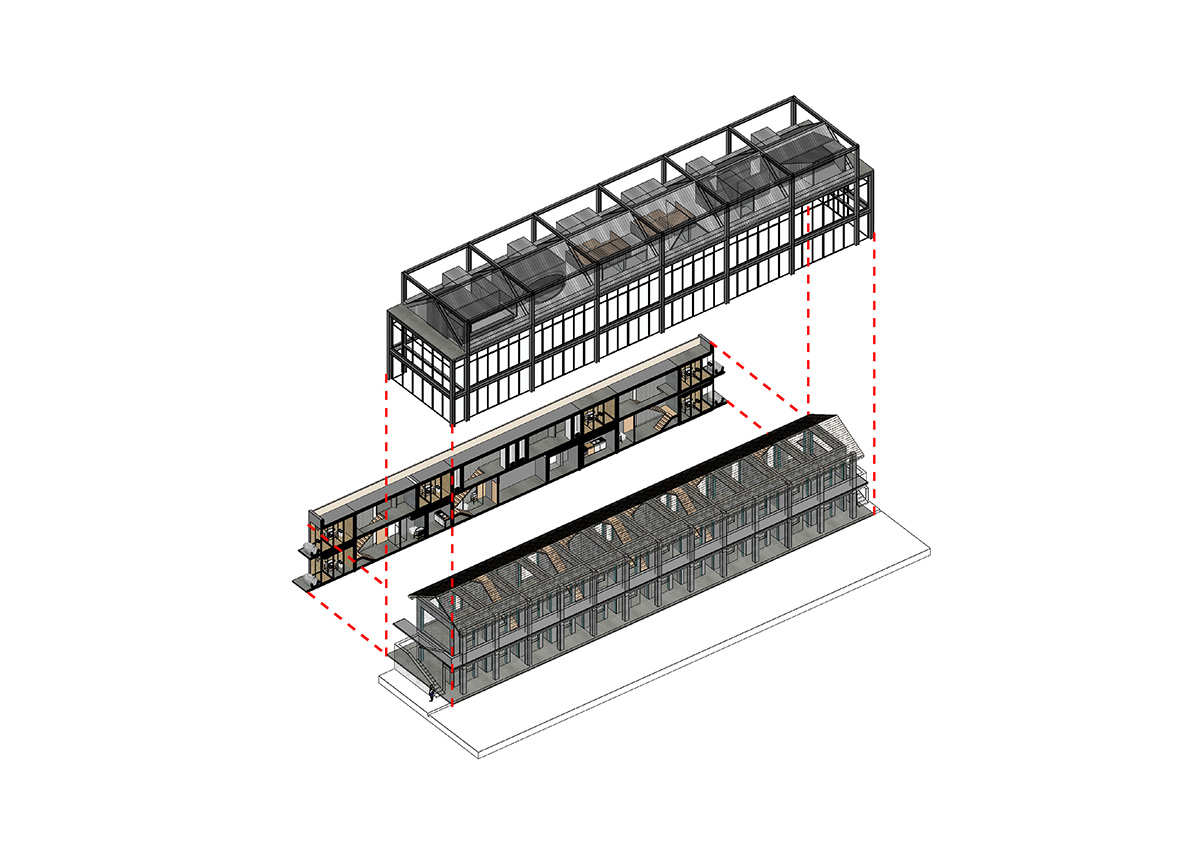 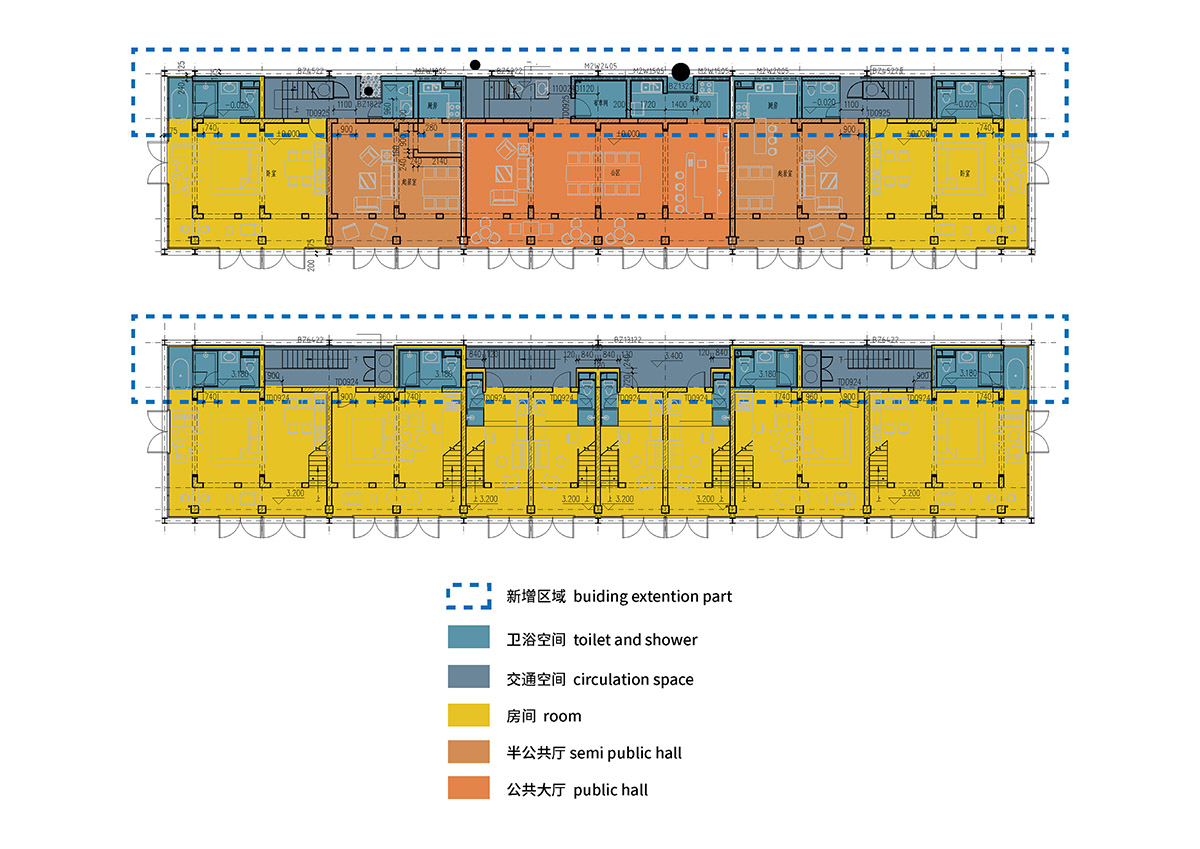 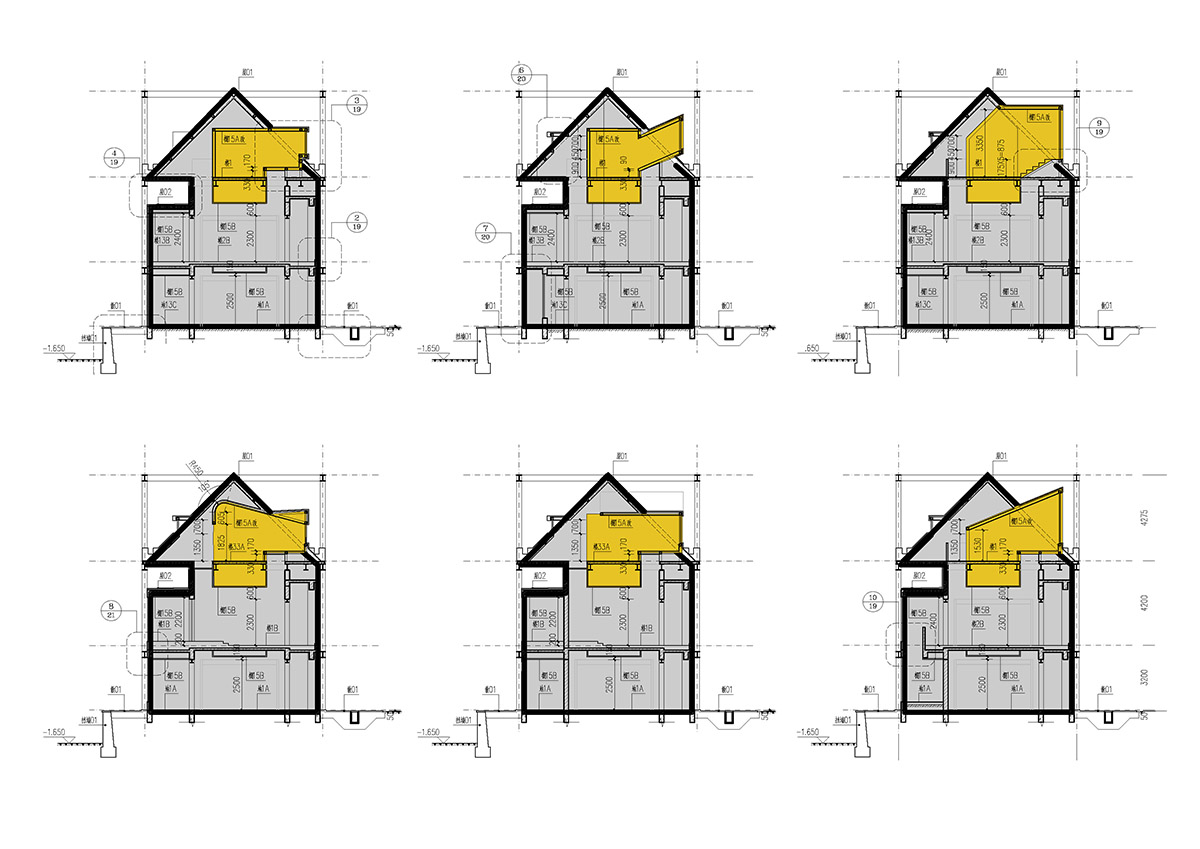